I’m going to start my day off with an activity for the grown-ups and older children. We are currently in food trade negotiations with the US. It is well known that the US has appalling food standards, selling food that would never be declared fit for human consumption in this country or raised in conditions that don’t meet our standards of animal welfare. Sorry US readers but this seems to be something that is uniting people in the UK across the political spectrum. They don’t want lower standards of food shipped in. For me, the sticking point is that the US still makes use of neonicotinoids which have been linked to Honey-Bee colony collapse disorder. We’ve made great steps forward in the UK we banned glyphosates in the garden. We banned Metaldehyde slug pellets, though it was sadly overturned. So we don’t need anything that could reverse this process. There are several petitions on the go trying to stop our government weakening our environmental standards during these trade negotiations.

Pesticide action network has set up an easy form for you to email your local MP stating you want safeguards in place during these trade deals. You can change the message if you want to personalise it or you can leave it as it is. Only takes a few minutes to show opposition to what will undoubtedly be a disastrous deal for the already weakened UK environment.

So having talked about the environmental side of food trades now so baking. Having failed at the bee buns earlier in the week I thought I’d go back to basics and do some gingerbread butterflies for our 30 days act of wildness today. Amy showed the other cutters though so we’ve got flowers, hearts and stars for good measure. 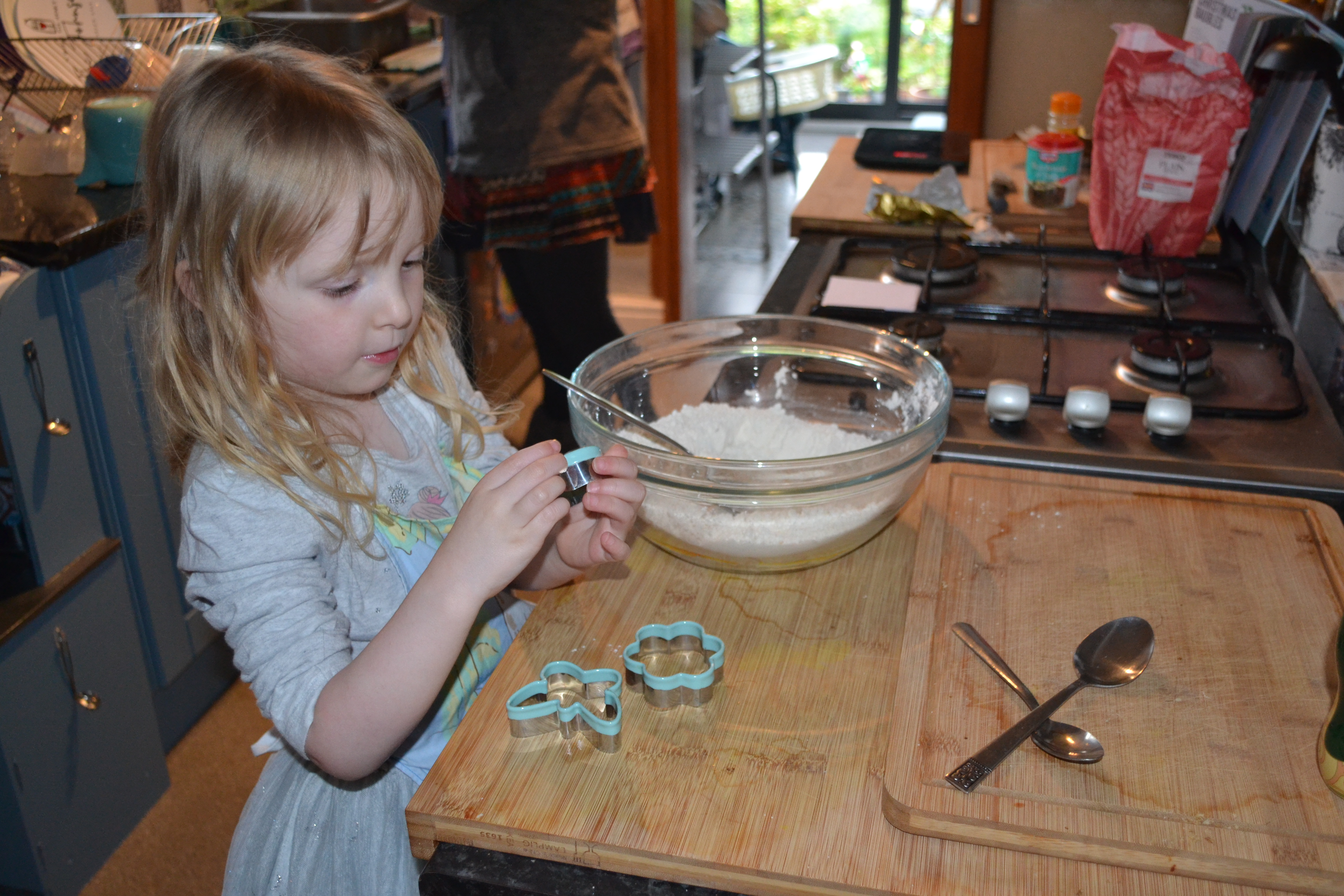 Alice has been very interested in space recently and made lots of comments about the star.

So we had the conversation about how this is just how some people draw them as if they are shining but she was right. Stars should be round. Contrary Mary that she is. 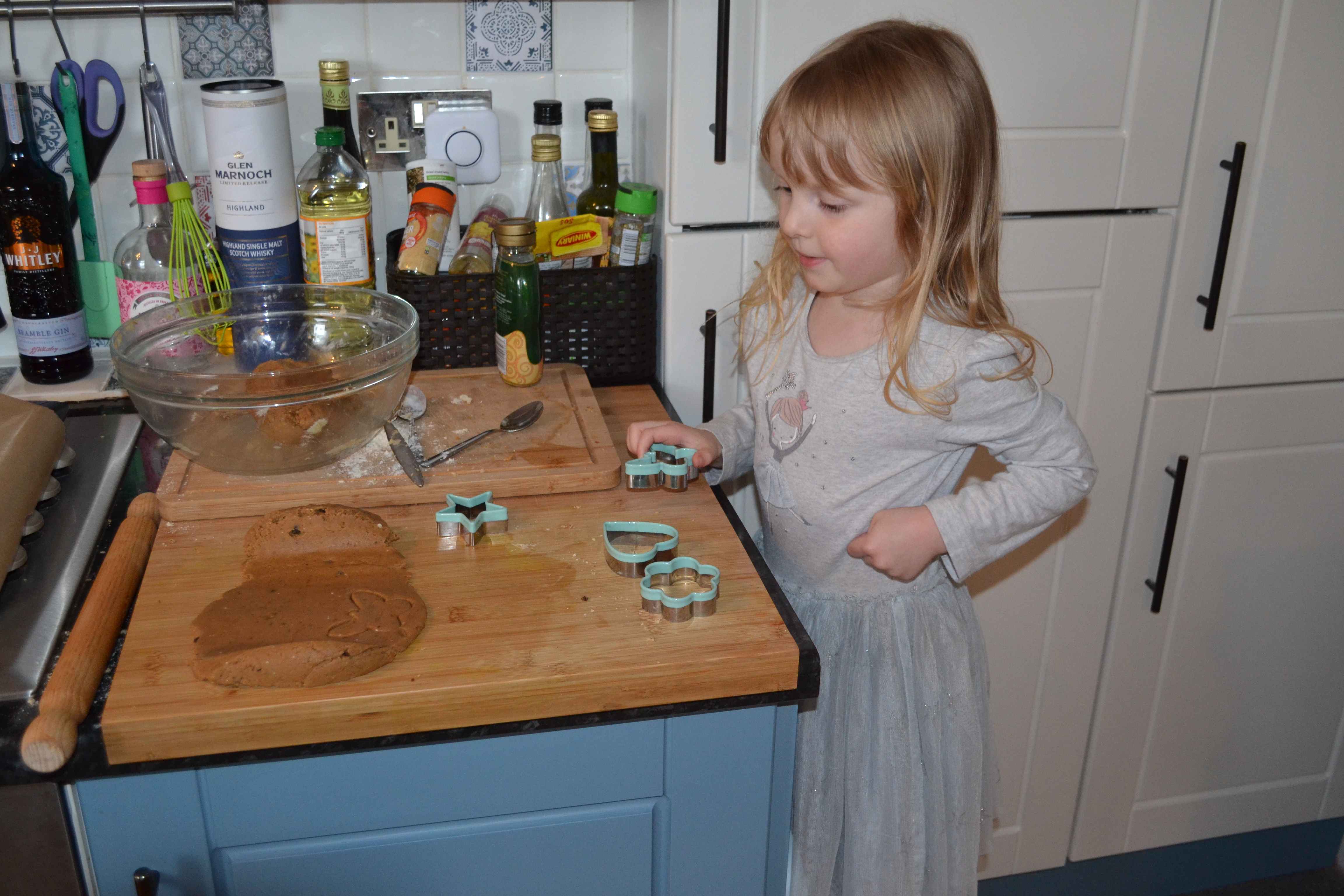 I used a recipe for gingerbread from one of the bake-off cookbooks designed for festive ginger baubles. I think the recipe was intended to give you enough gingerbread for the whole family and visitors for the whole of December. But that will give us plenty for taking out on our 30 days adventures. Snacks are a vital part of any trips out with a young child to avoid tantrums. Luckily these taste a lot better than the bee buns as we’re going to be eating them for the rest of this week and next. 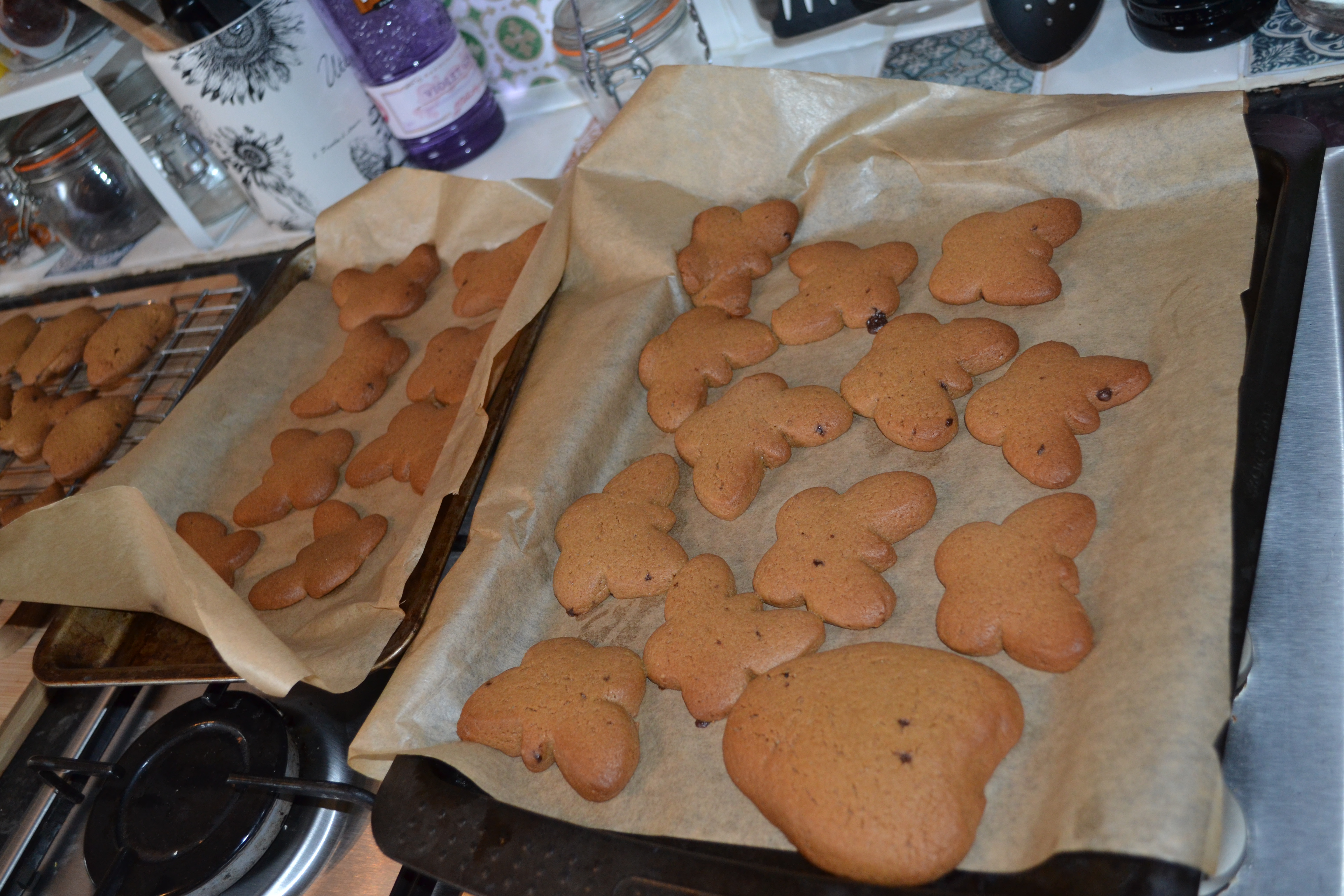 Then once cooled we moved onto a bit of decorating. 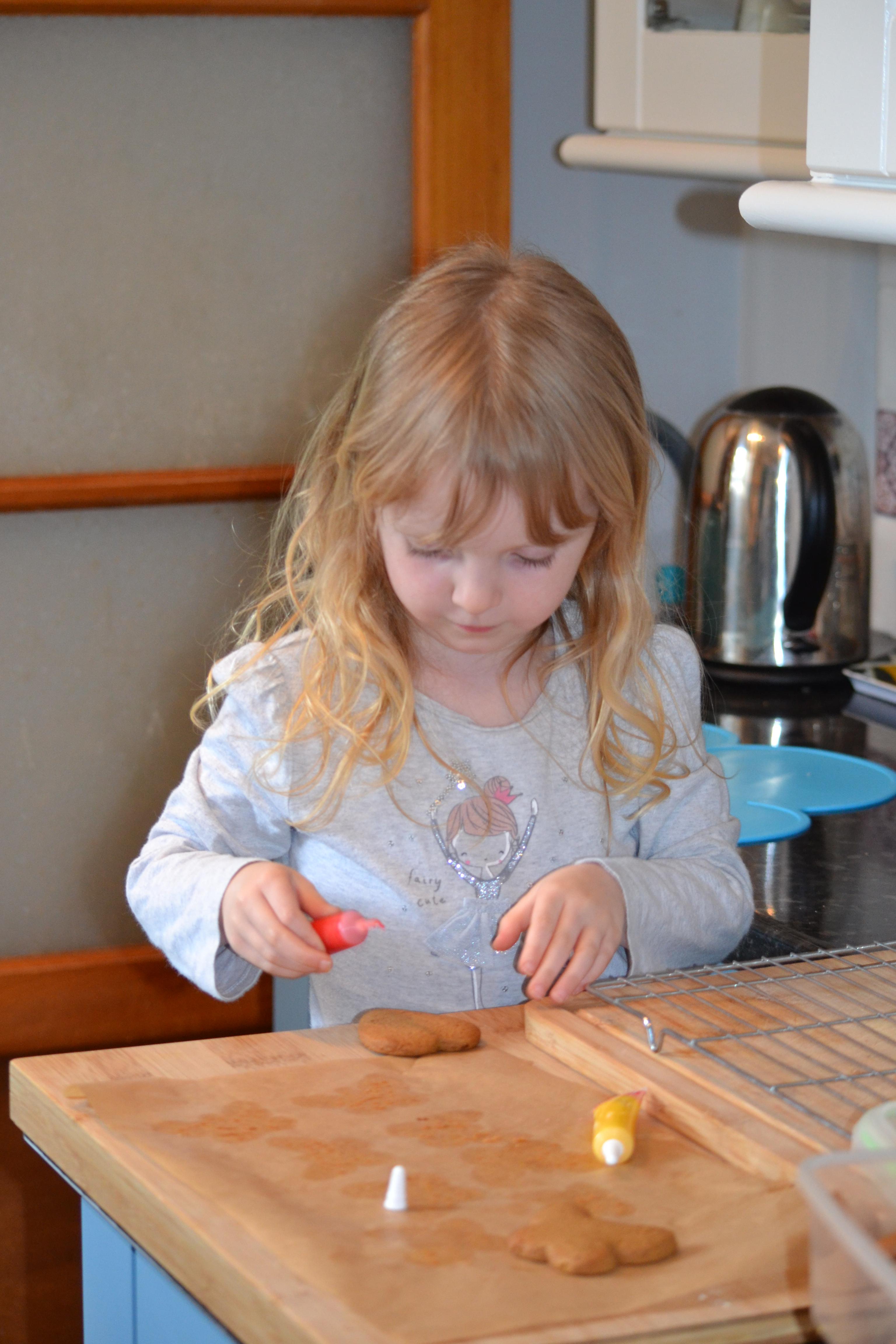 Then the agony of choosing which one to have. 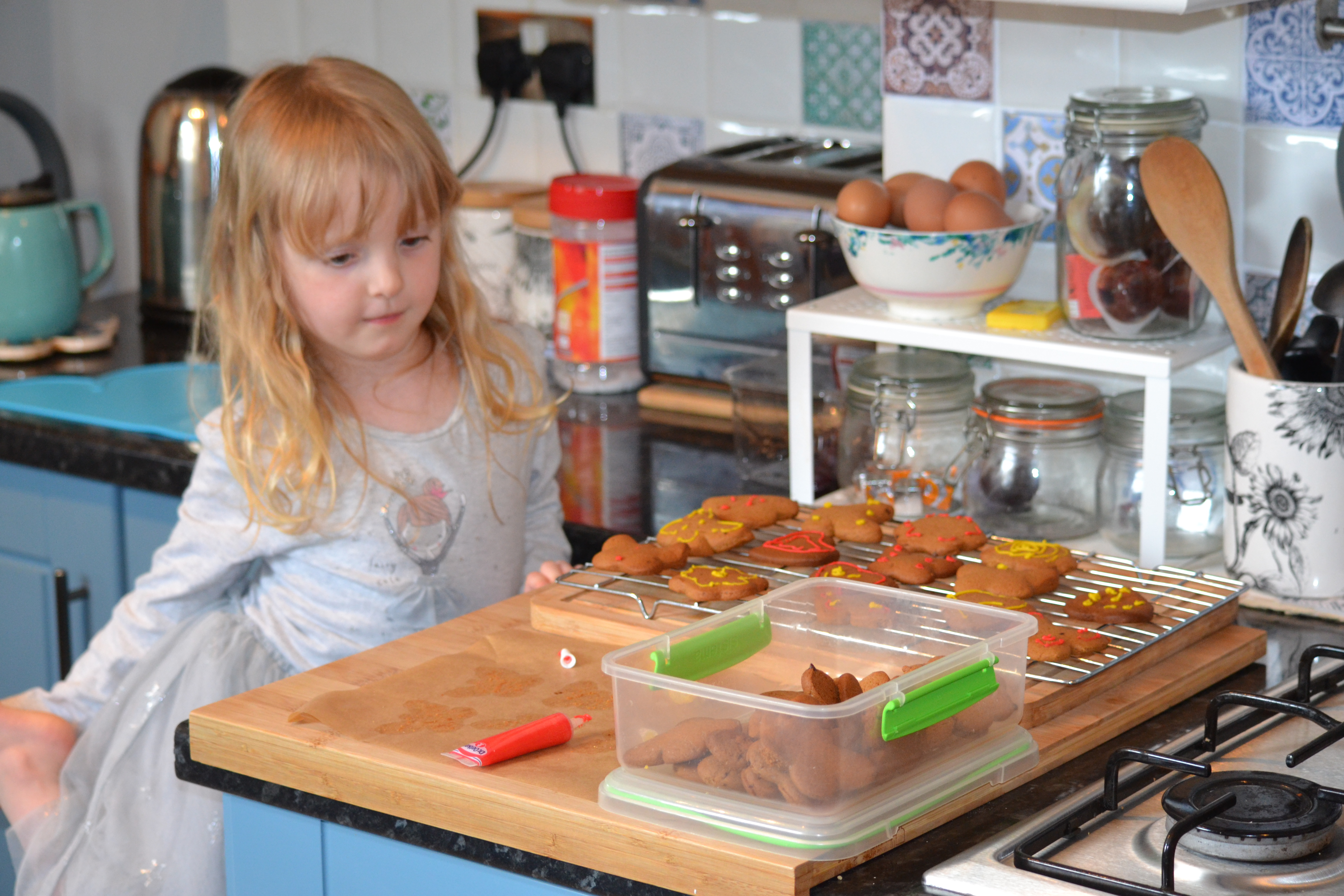 They went down well. Very tasty. 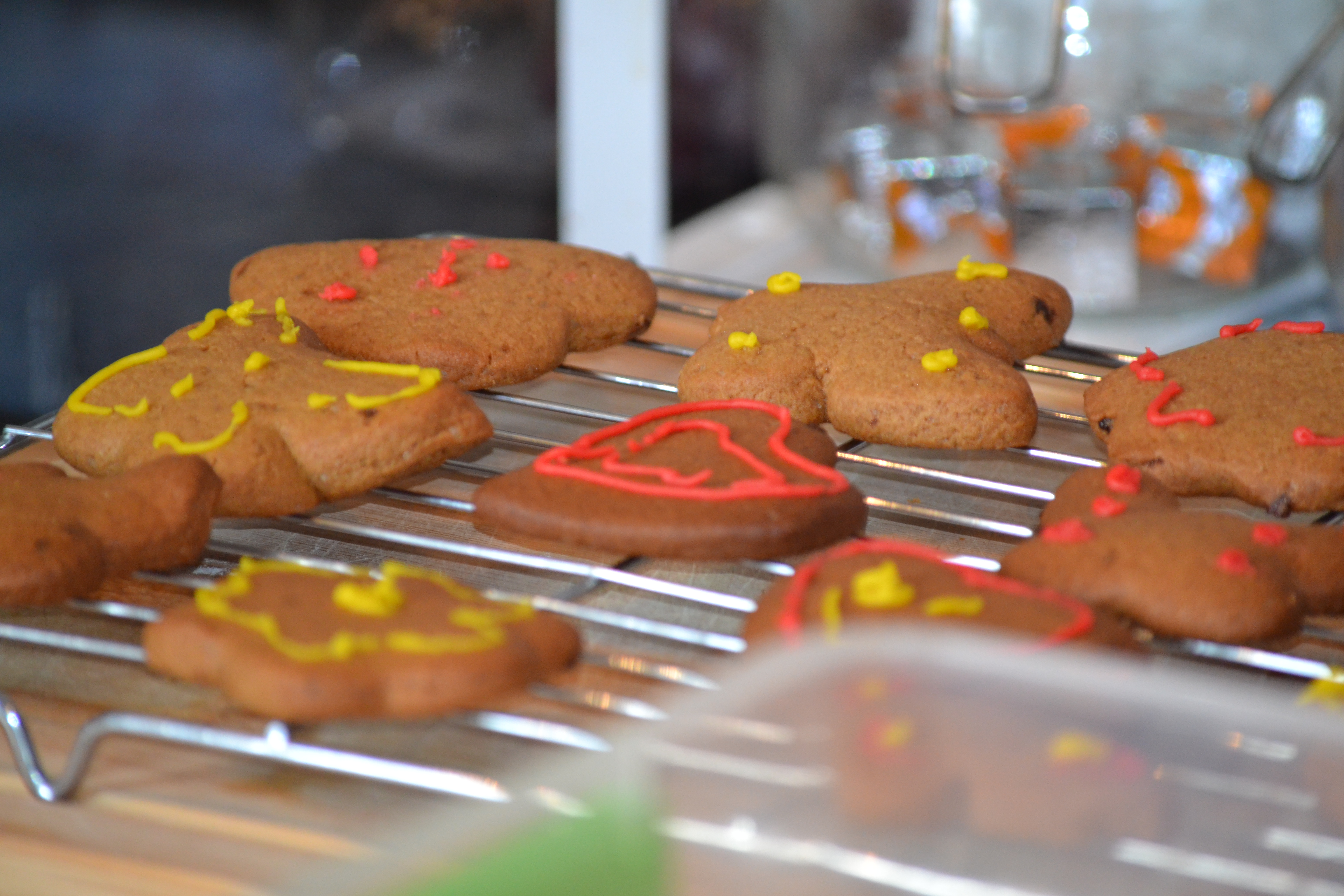 Alice has enjoyed the fruits of her labour if nothing else. Hopefully, the wind and rain will die down for us a bit for us to get back out even if we do have to wrap back up. for now, I’ll enjoy bird watching out the window. I restocked the feeders with Haith’s sunflowers and had multitudes of blue tits, goldfinches and a chaffinch in the garden. Great to see. 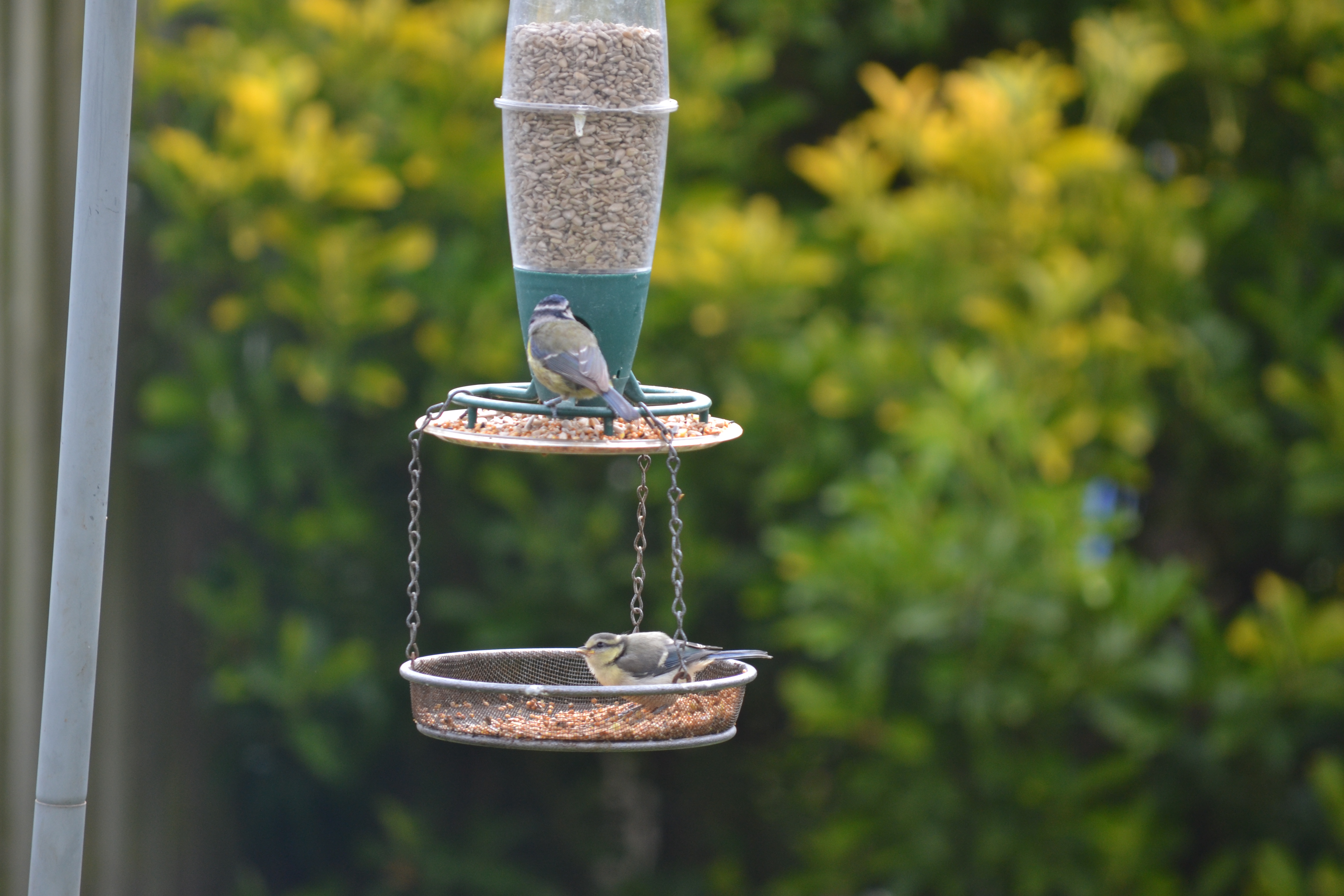