Well, we’ve had plenty of wind and rain the last day. We’re quite happy heading out in one, but amber weather warnings make a walk through trees less appealing. With all the rain and clouds we have seen plenty of rainbows though. Here was a double rainbow, though only one shows on the photo. 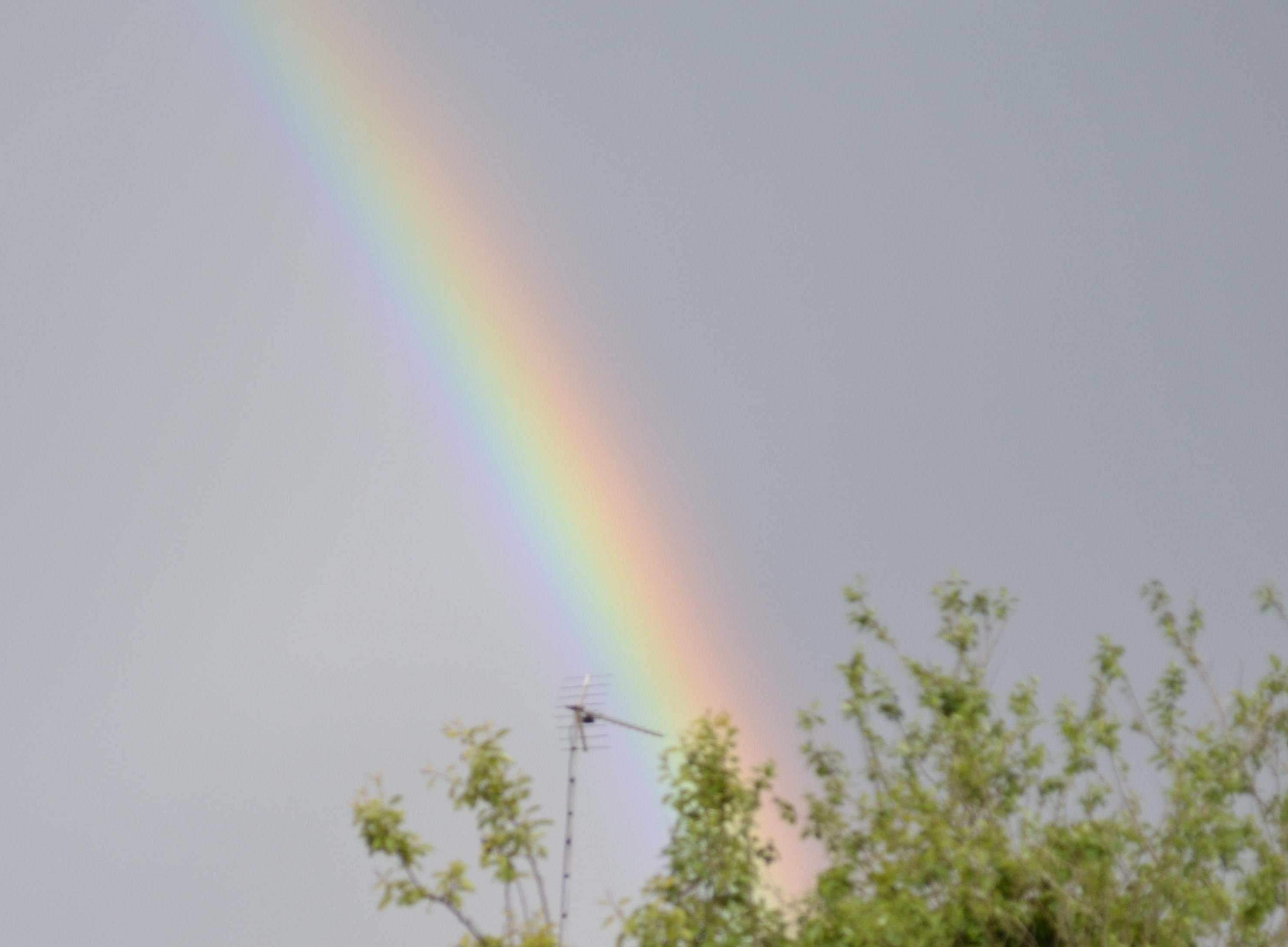 We had a pleasant delivery. Alice won a pack of prizes from National Children’s Gardening Week. She got a giant sunflower kit, stickers, notepad and a £10 garden centre voucher. So that’s rather nice. I don’t feel safe taking her to the garden centre so I may go and pick her something I think she’d like or we’ll leave it until things are a bit safer. But she’s a bit happier with this than her lawnmower prize. 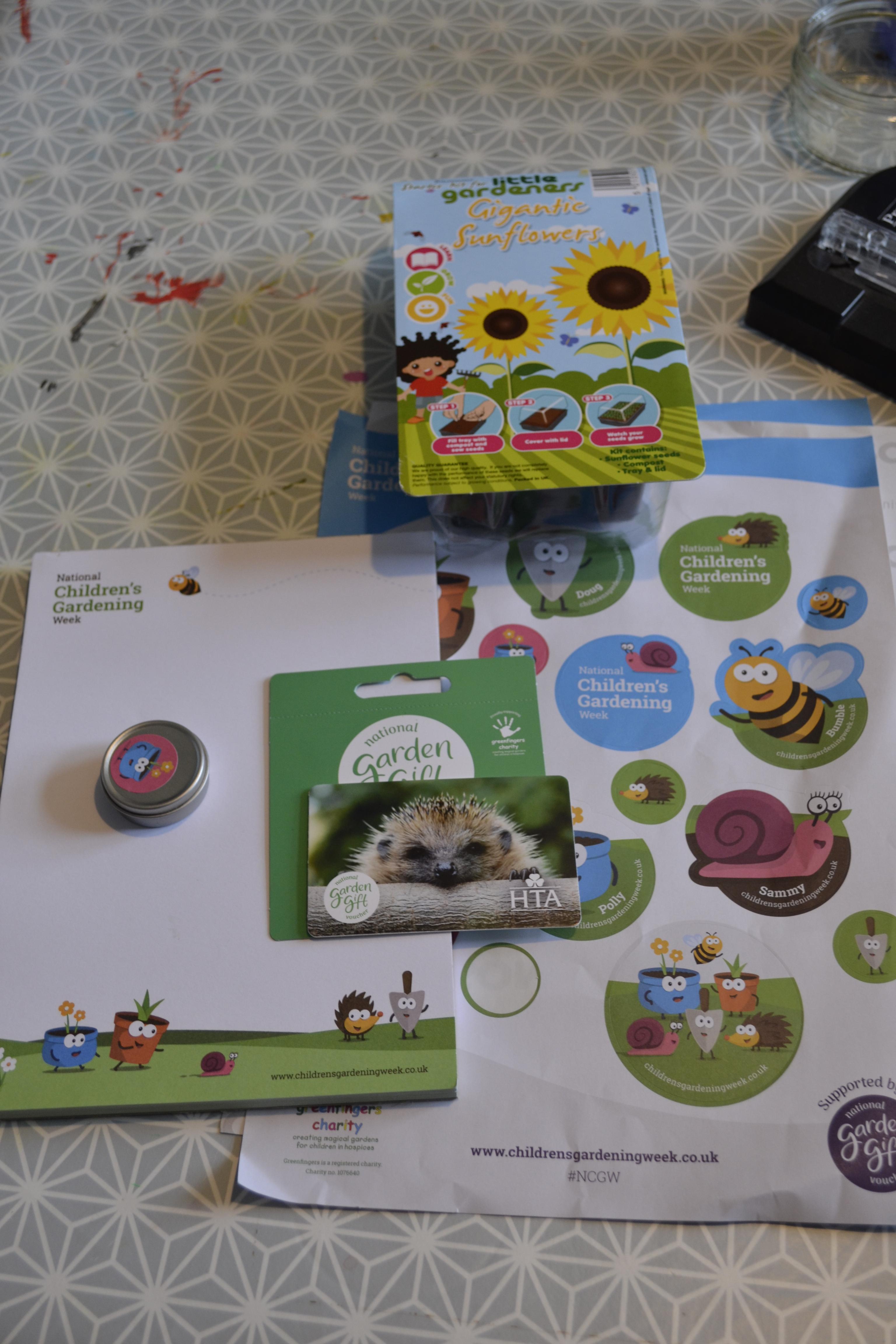 With the wet and windy weather, I settled on an inside random act of wildness for today looking at the lifecycle of the butterfly. We started with making a caterpillar folding two strips of paper back and forth to make a springy caterpillar. 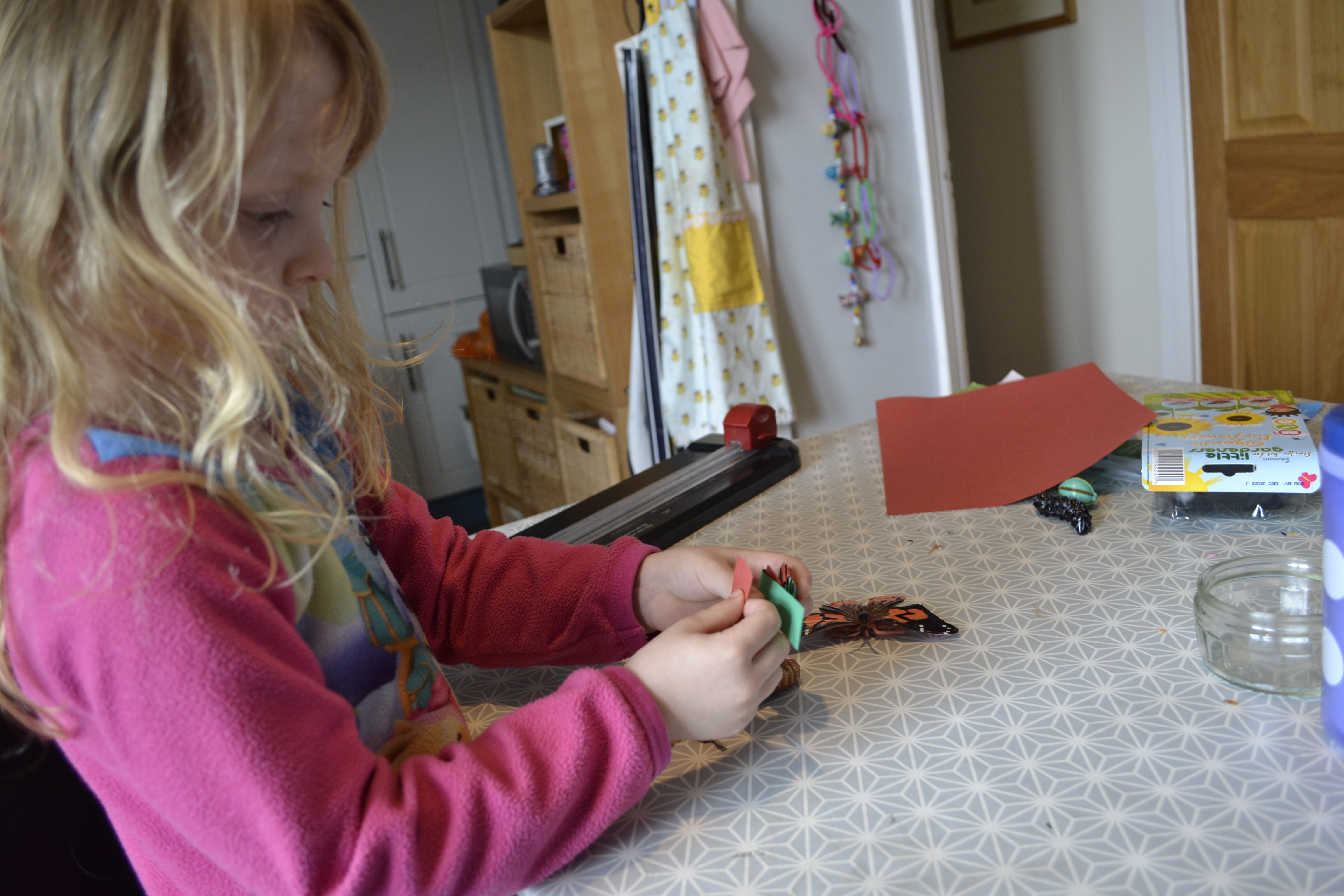 We made the butterflies with the sizzix die cutter. She drew her egg on a leaf. 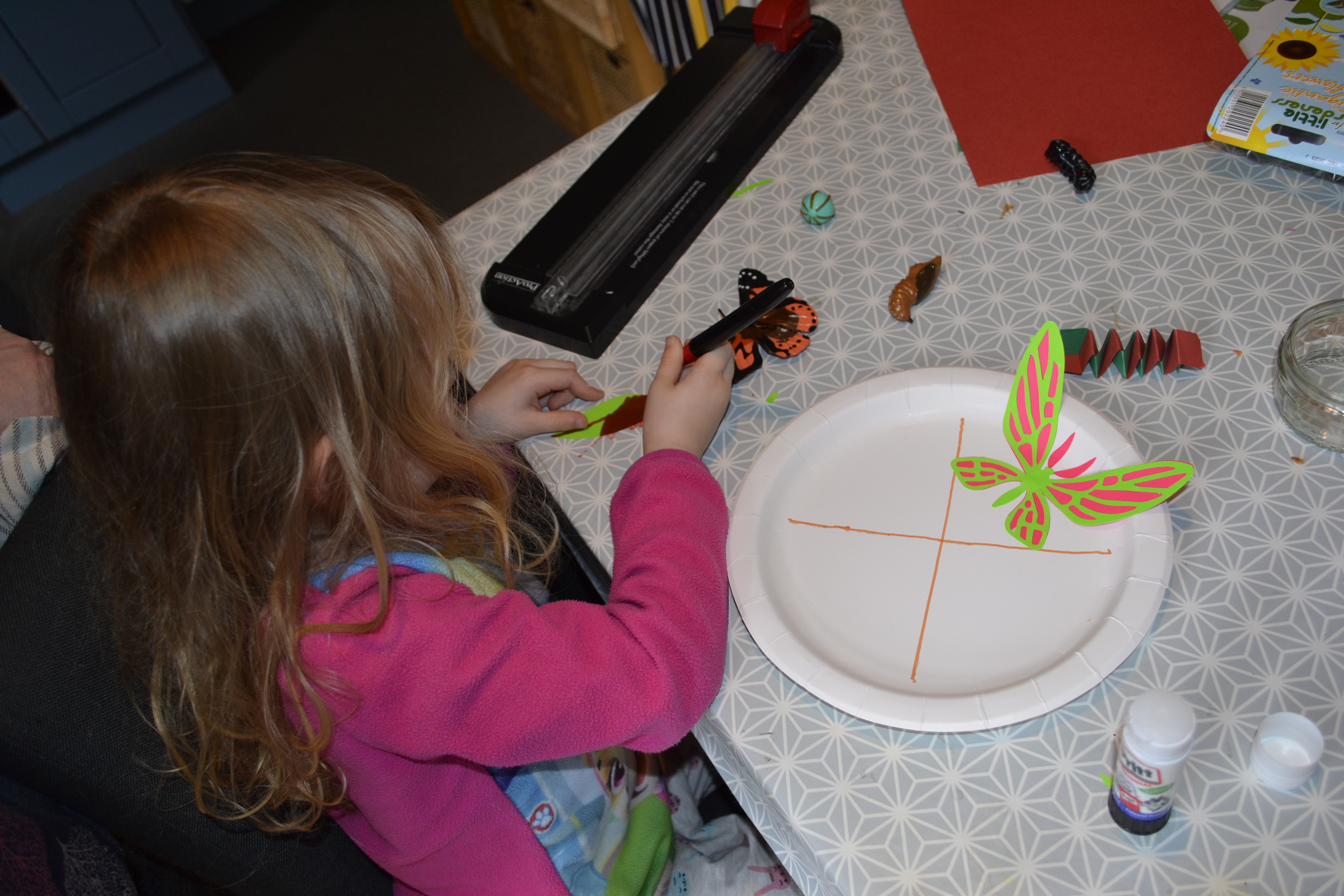 We crumpled some tissue paper for a chrysalis. For a little factoid moths make cacoons wrapping silk. Butterflies make a chrysalis. 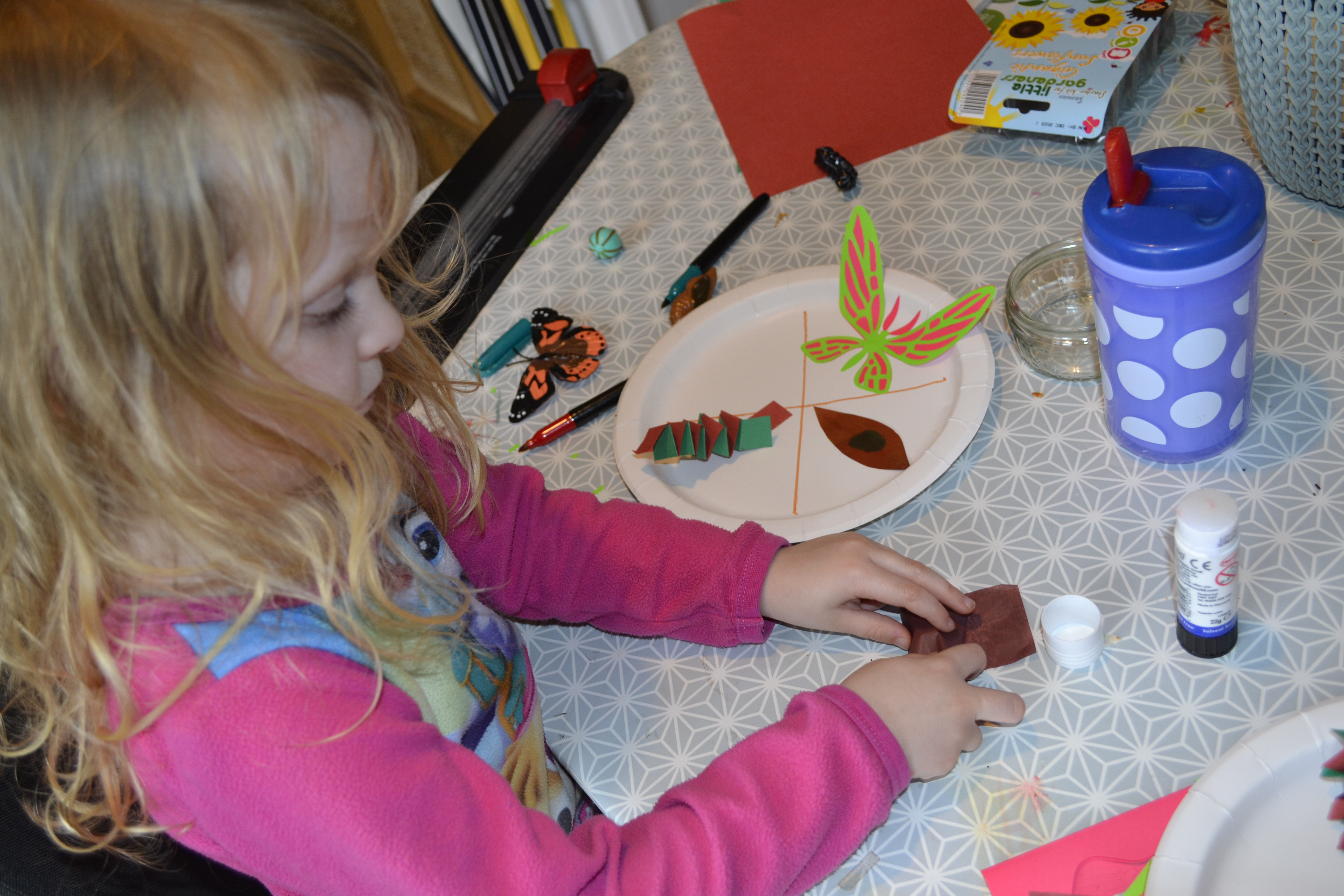 Then assembled all together. From an egg, the caterpillar hatches out, makes its chrysalis and emerges as a butterfly before more eggs are laid. 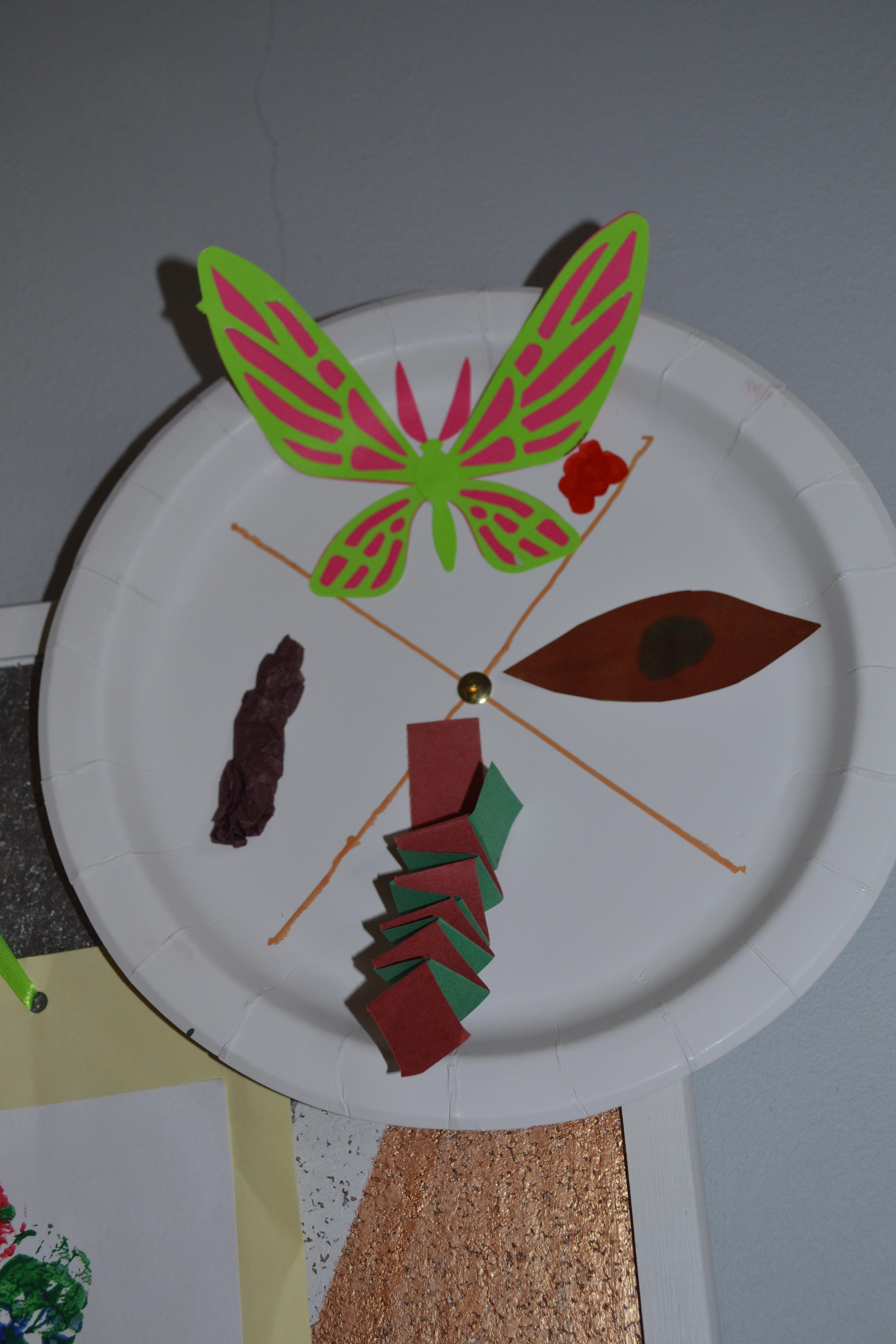 Then she carried on in the afternoon with Amy. She’s been interested in the planets so they worked together making a mobile of the planets in our solar system. She has lots of questions and is developing a good inquisitive mind. Alice was keen to explain that the planets went around the sun. Then told me a bit about each planet. 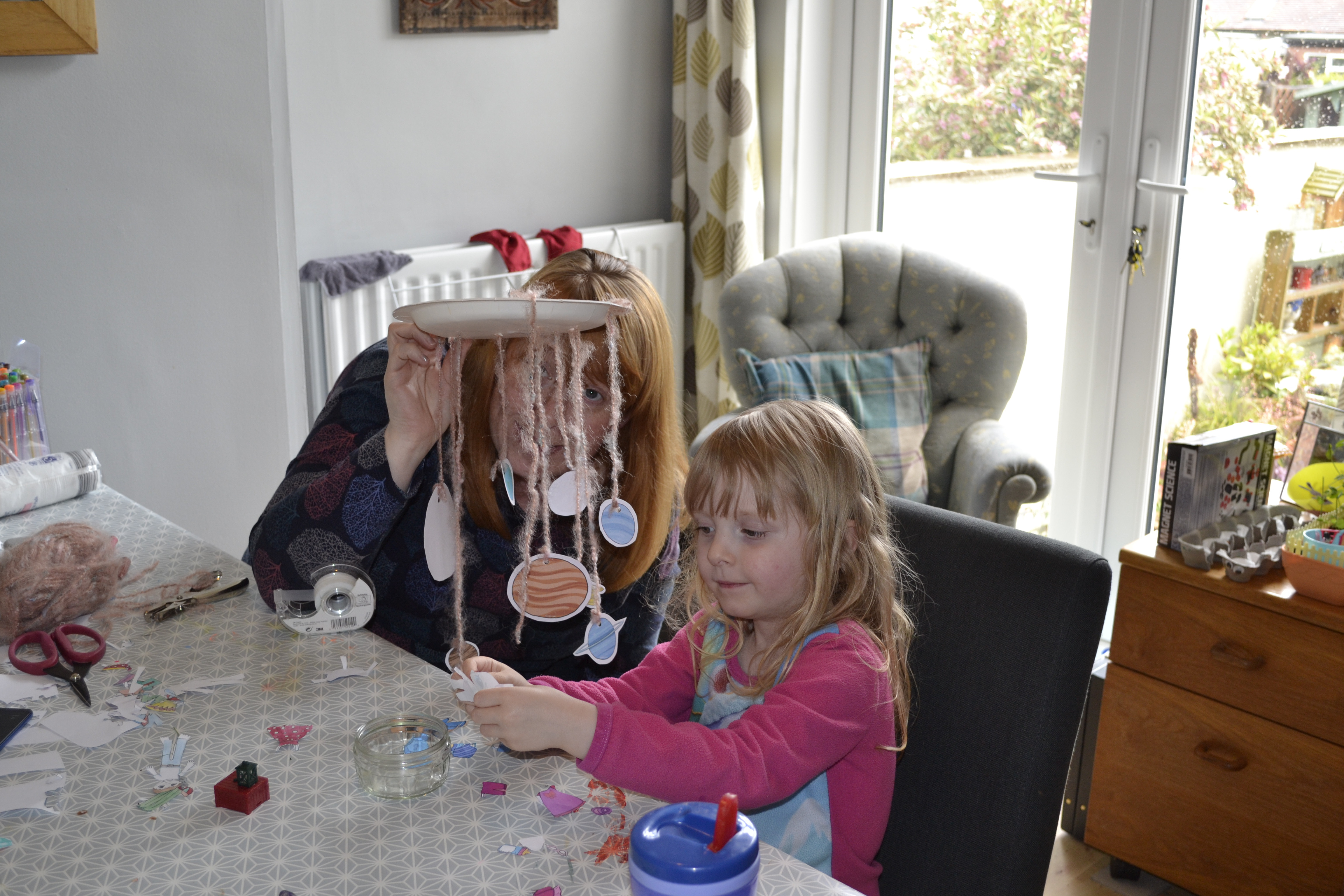 As well as Alice’s prize, we also received this lovely mosaic piece from my Aunty. Made by a friend of hers in lockdown raising money for a kidney charity after a kidney transplant. The bee has an M on its thorax for Manchester after the city adopted the bee as its symbol. Lovely don’t you think? 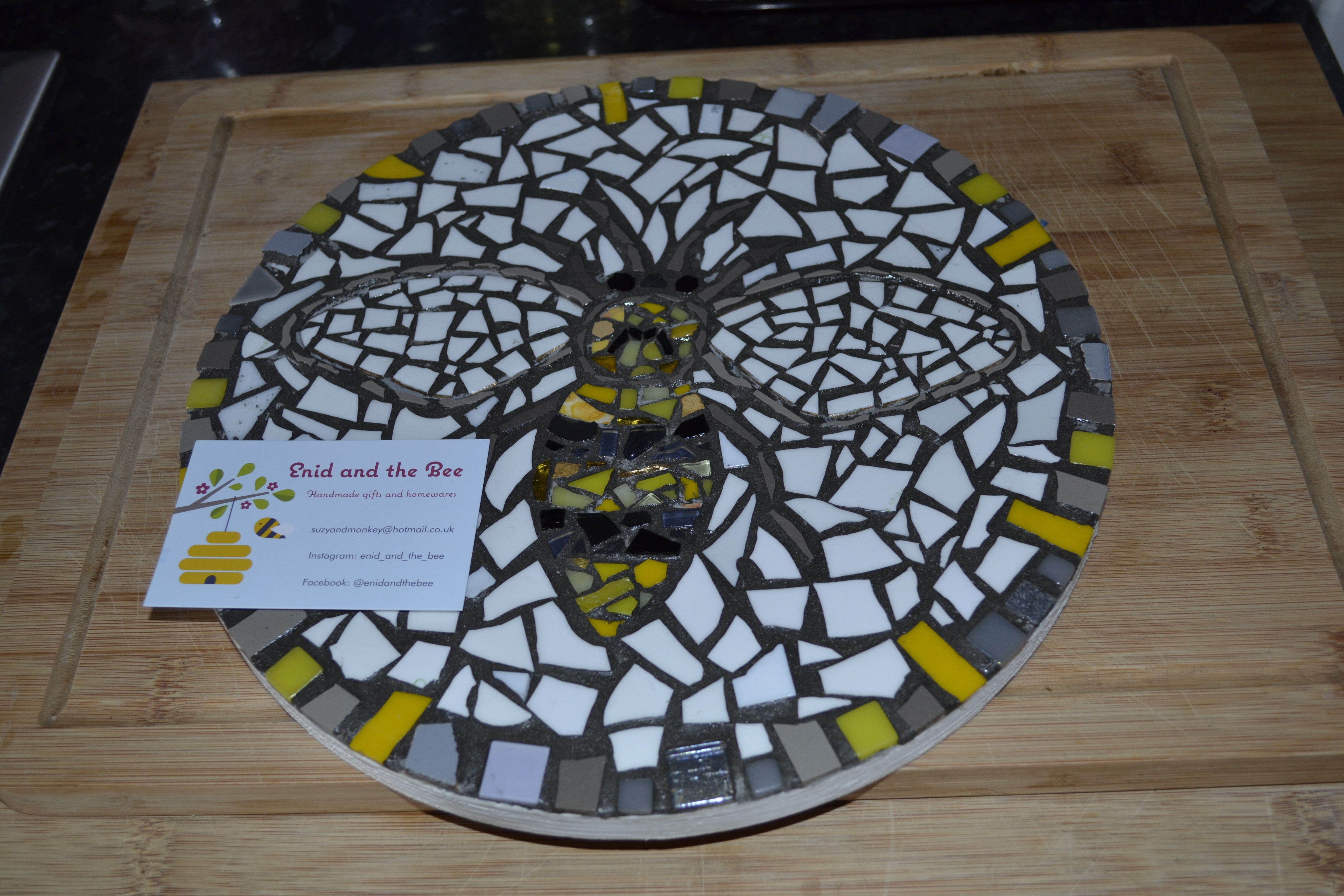