Well, it’s been a busy week of 30 Days Wild activities and a wet one. It has rained most of the week. So between rain and homeschooling, I’ve only really done a bit of weeding this week. The lilac needs a prune once the last flowers go over as it’s growing beyond its allotted space. I’ve started the process of pulling out the spring self-seeders. The forget-me-nots and aquilegias are coming out by the handful now. But the dahlias and verbena are almost ready to go in to replace them.

This was established in the garden when I moved in but had got very leggy so I pruned it right back the year before last and it is doing much better. However, it is growing through the Clematis montana ‘Marjorie’ which doesn’t need pruning as often so I may face issues here. Just the one flower currently but a few more dotted around. 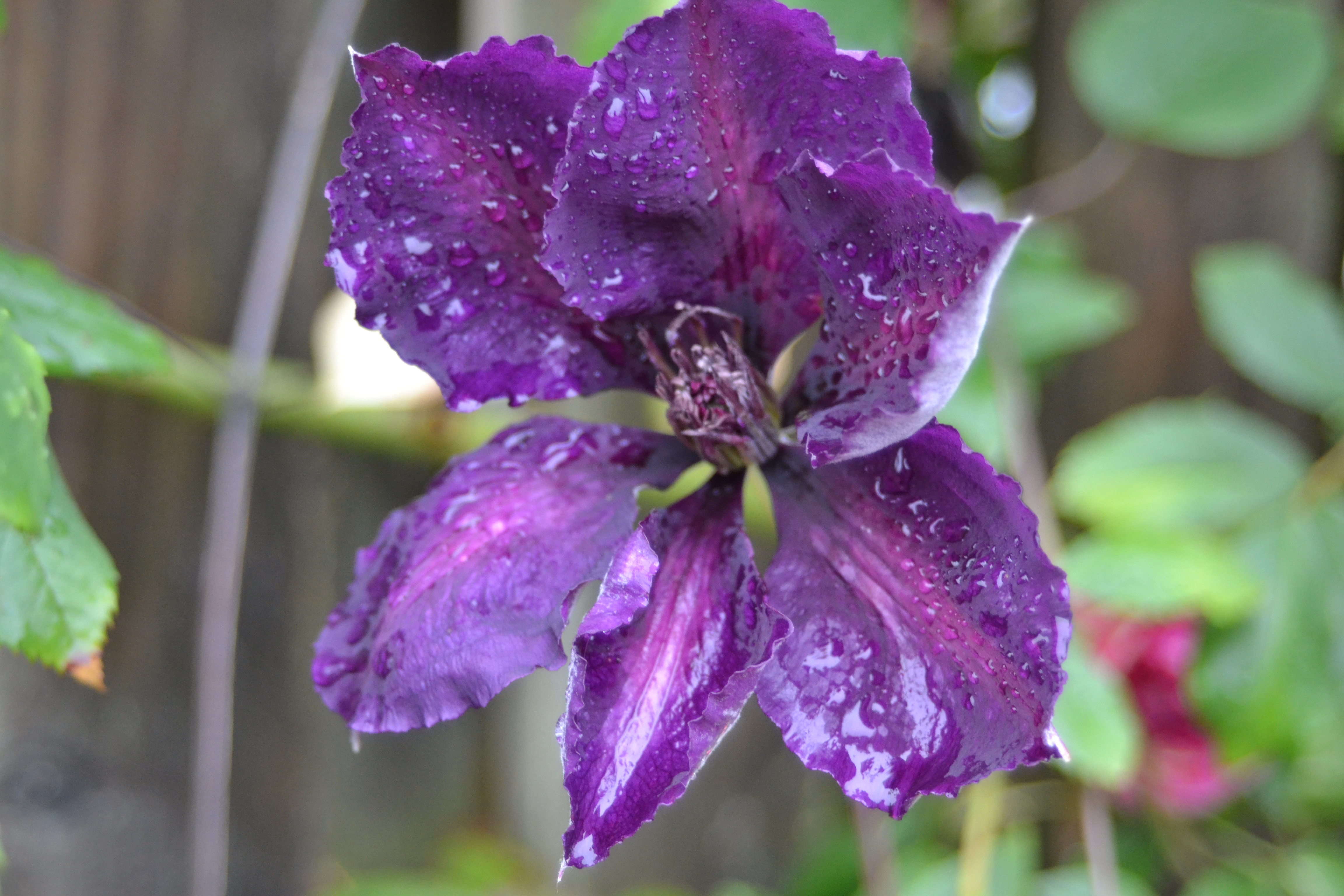 The goldfinches have been visiting more often currently as they now have their young coming in with them. I want to encourage them so I’ve got some more sunflower seeds from Haith’s bird food. It was nice to see they’d got rid of their plastic packaging and it came delivered within a sturdy card bag. It’s done the job. As soon as I put it out I had several blue tits, the goldfinches, and a chaffinch in. I hadn’t seen the chaffinches in a while so that was a pleasant sight. 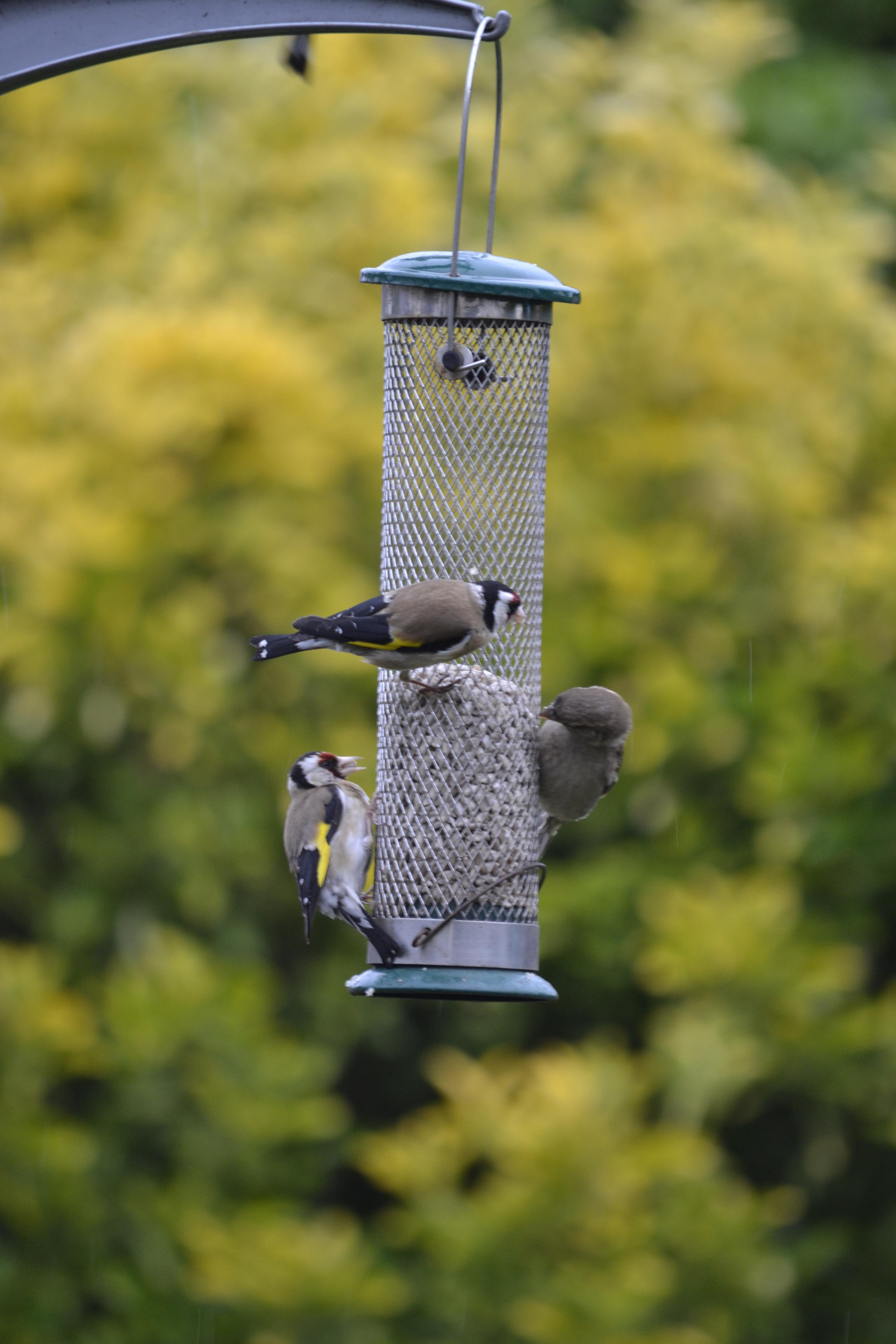 My lychnis started as one small plant and has since self-seeded around.  I like the furry silver leaves as it contrasts well against many of my favoured foliage plants and the hardy geraniums. The small flowers are as vibrant as anything in the garden but looking a bit sorry for themselves at the moment. They get a bit leggy and woody after a few years and look better for being pulled out and letting the new ones take over. 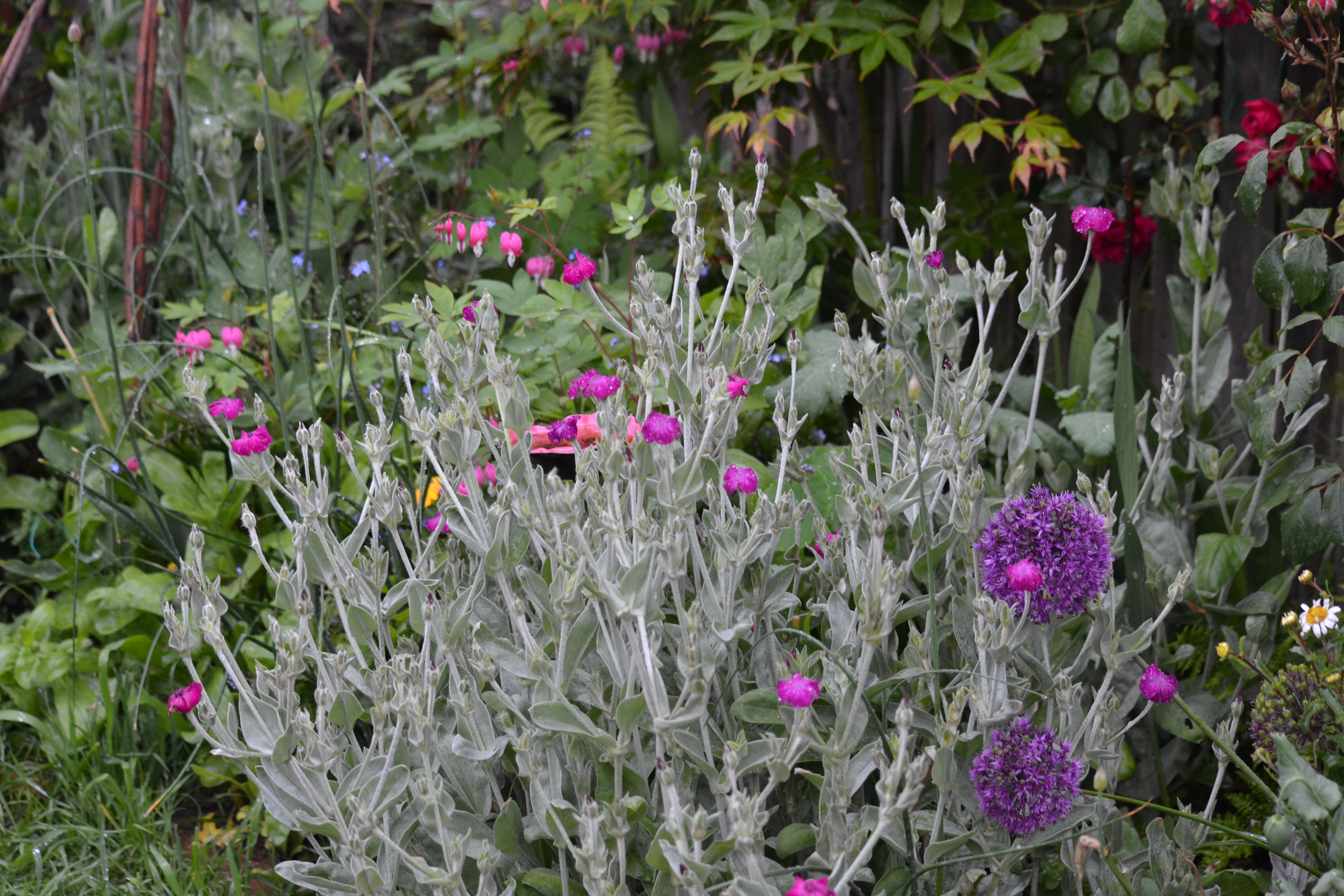 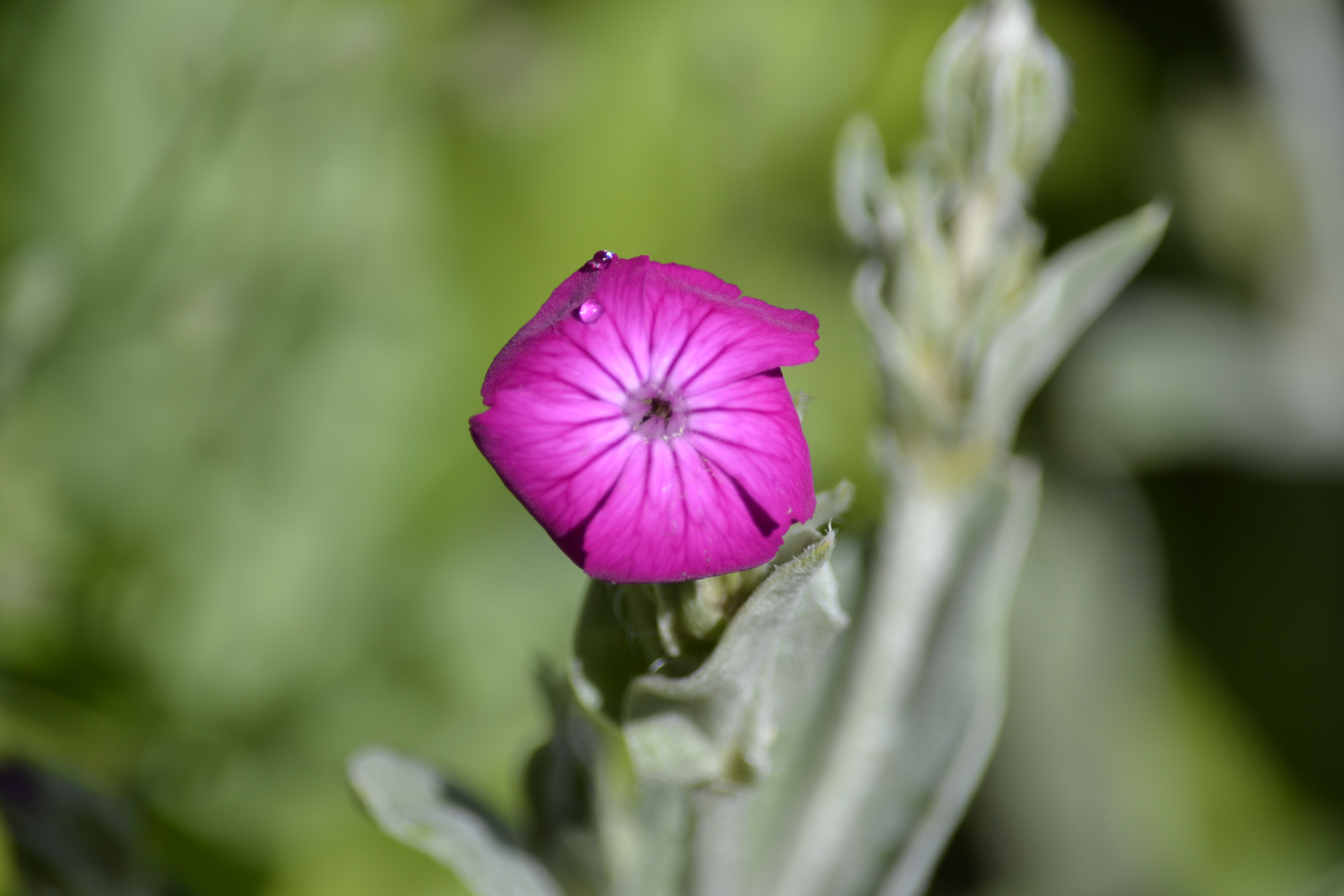 This pot combination has been together for a while now and is filling out nicely. The fern is Athyrium niponicum var. pictum metallic, the Japanese painted fern. The hosta lakeside is a small variety growing just 15cm or so. Then the black ophiopogon is evergreen and stays all year. 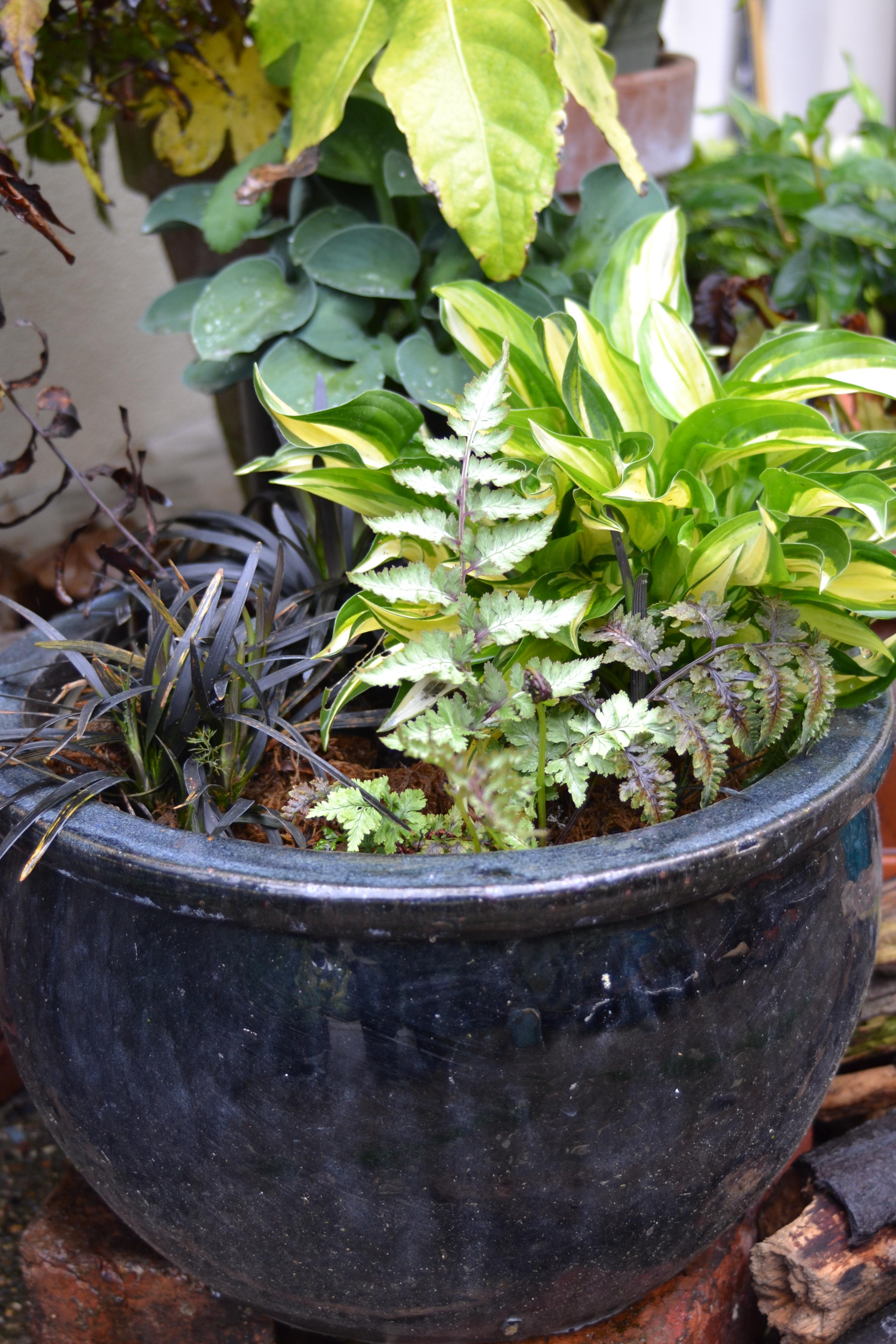 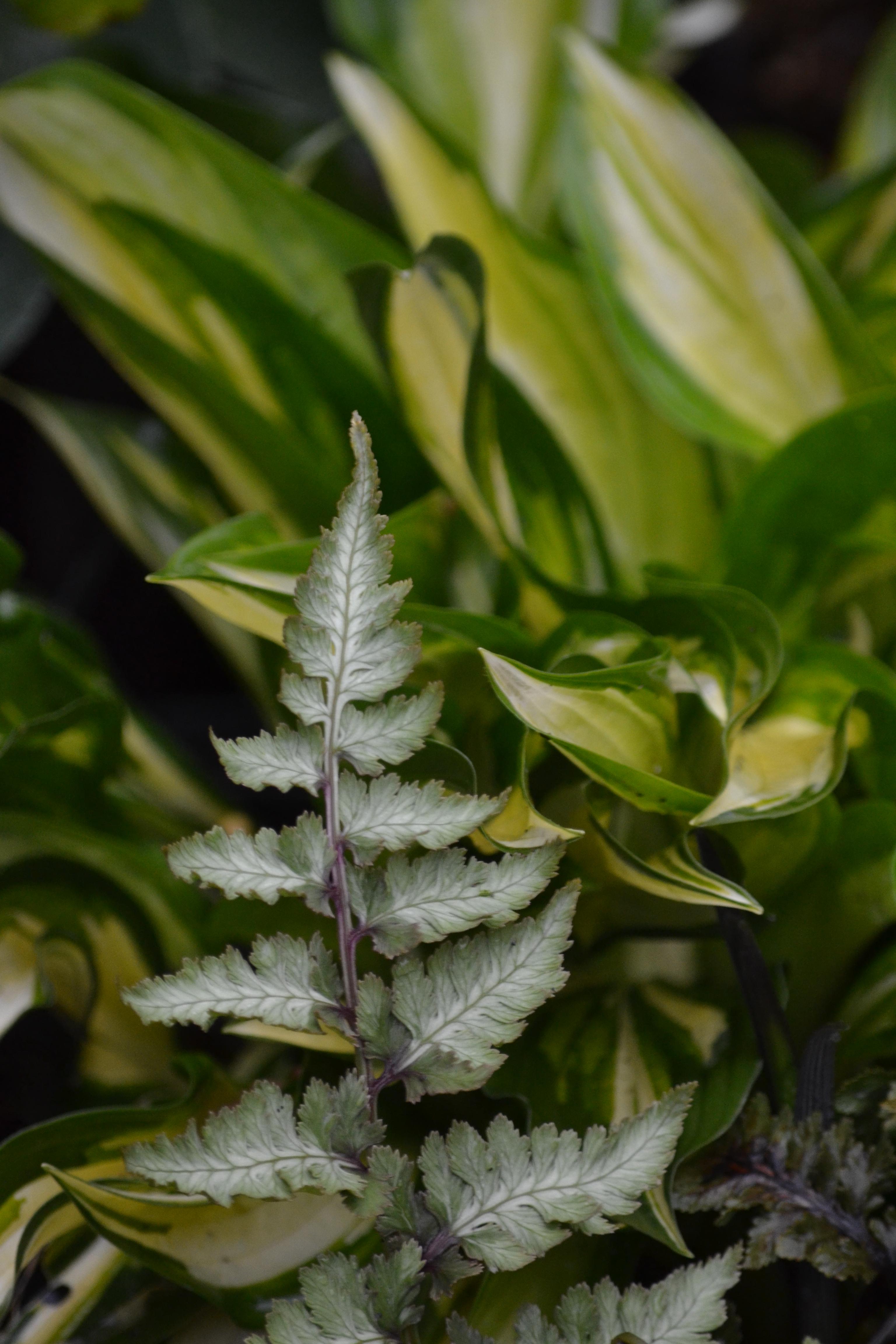 This yellow rose grows up through the Choisya ternata. I’d quite like to take out the Choisya as it suffers too much during winter and spends the rest of the year recovering but I don’t think I can remove one and not the other. Choisya’s little white flowers are popular with bees. The yellow rose came with the garden. It shoots straight up for light out of the Choisya and forms bright orange flame buds. The roses bright yellow and fade to cream. While I probably wouldn’t have picked a yellow rose it is probably my favourite in the garden. 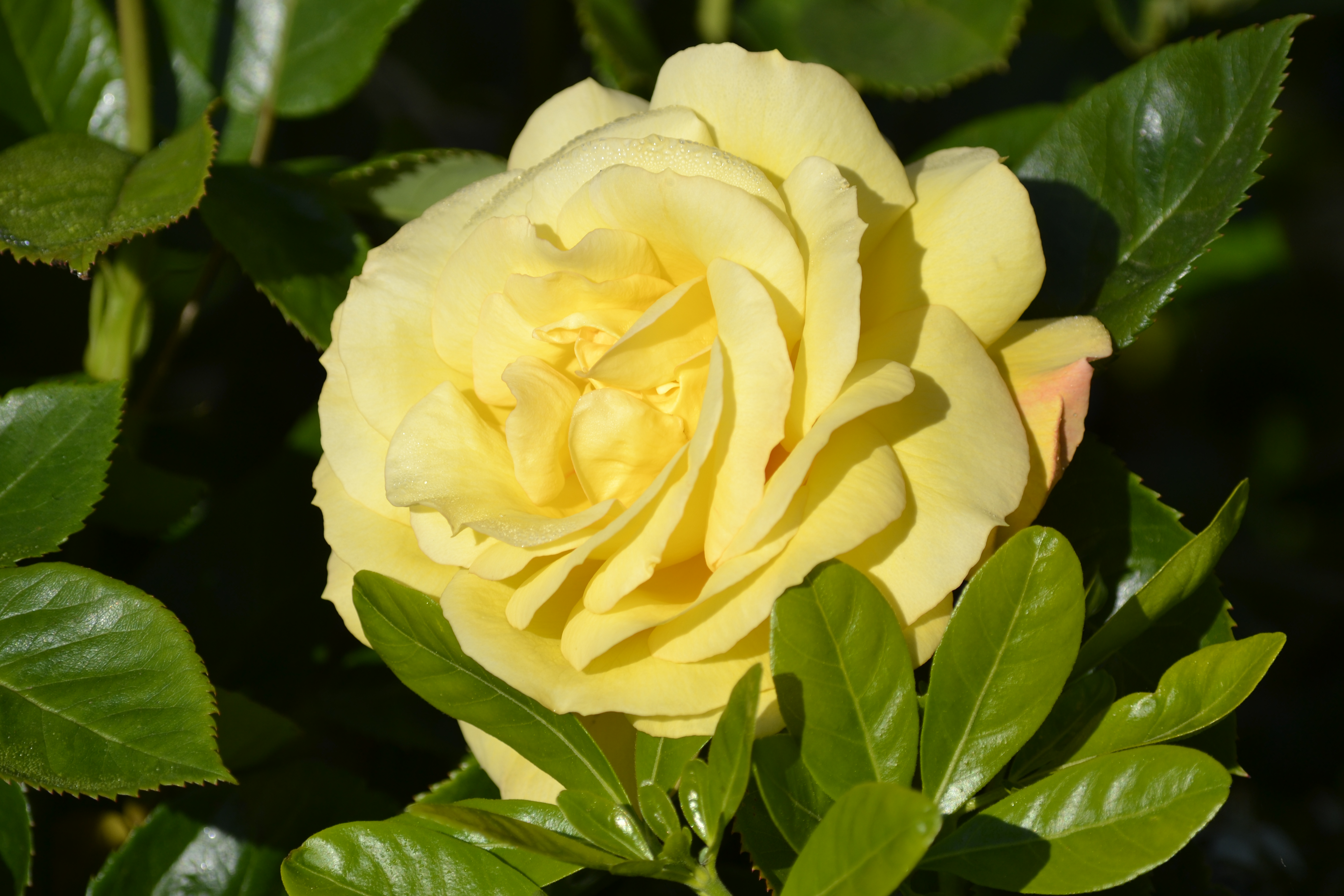 Charles DeMills was bought with vouchers I won a few years ago. It did a few flowers in its first year, none last year and looks to have a few more this year. It’s an old rose so I will only get the one burst of flowers each year, but they are rather grand. Large ruffles with a strange flat top. 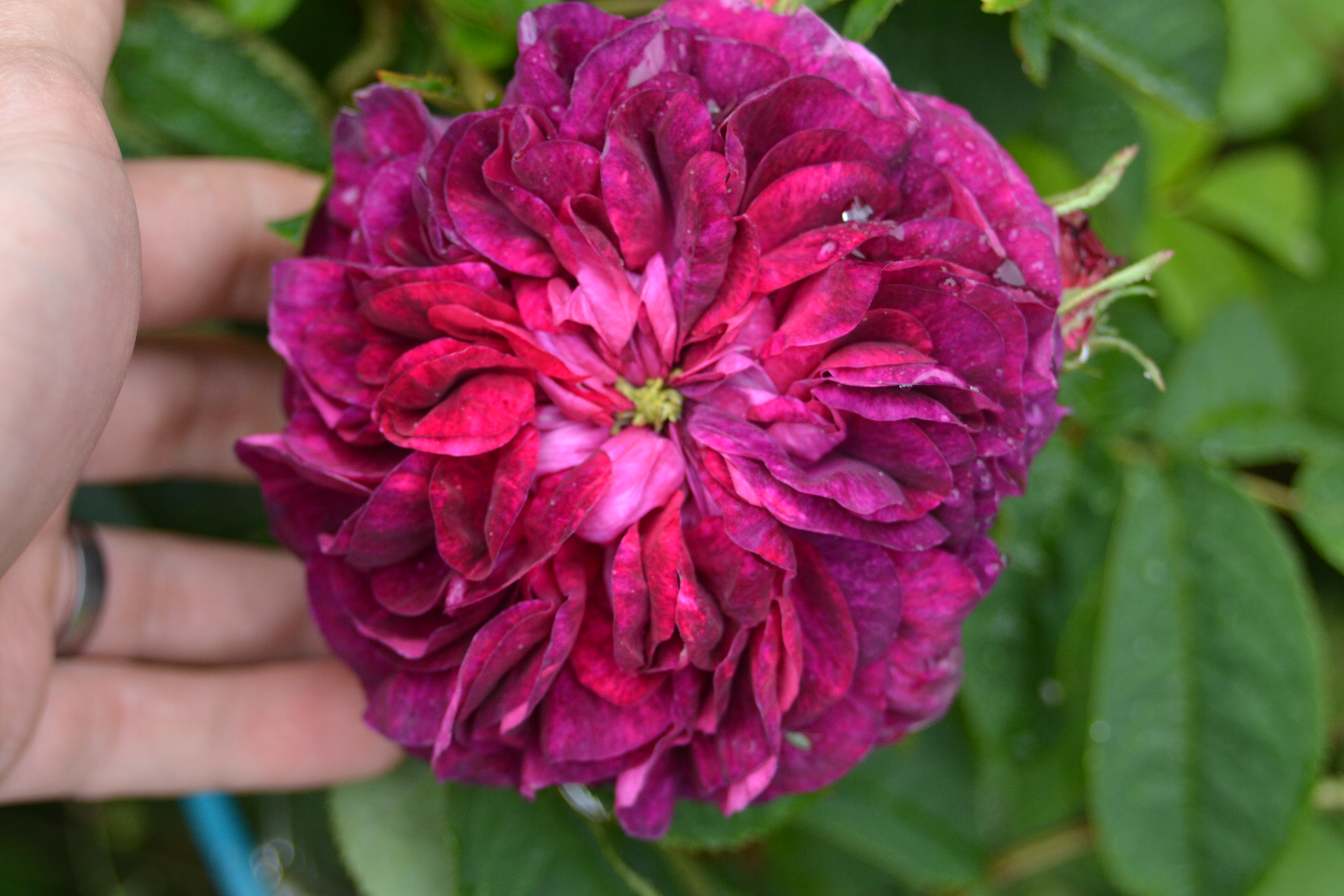 The rain looks set to continue for a few more days over next week so I’m probably not going to get a mass chance to garden over the next week. But I’ve got a couple of garden books to read and try to get out in the few bursts I can. Don’t forget to check the Propagator’s guide to taking part in Six on Saturday if you fancy taking part and check his blog today to see more links on the comments. Enjoy your weekends.