For New Years Eve we had a quiet night in as Alice isn’t quite ready for parties. New Years Day we headed up the coast to Amy’s dad’s house at Robin Hood’s Bay where we had a lovely meal at the Hare and Hounds in Hawker. Amy had the trio of pork and I had the home made burger with goats cheese. I just expected a few pieces crumbled on the top, but it was a solid slice of grilled goats cheese. It was all delicious. Alice had a good wait, so had walked back and forth across the pub multiple times before food. But she did quite well for her age. She has decided to reject booster seats now. She wants either a chair to herself or my knees to sit on. She knows her own mind for a one and a half year old. 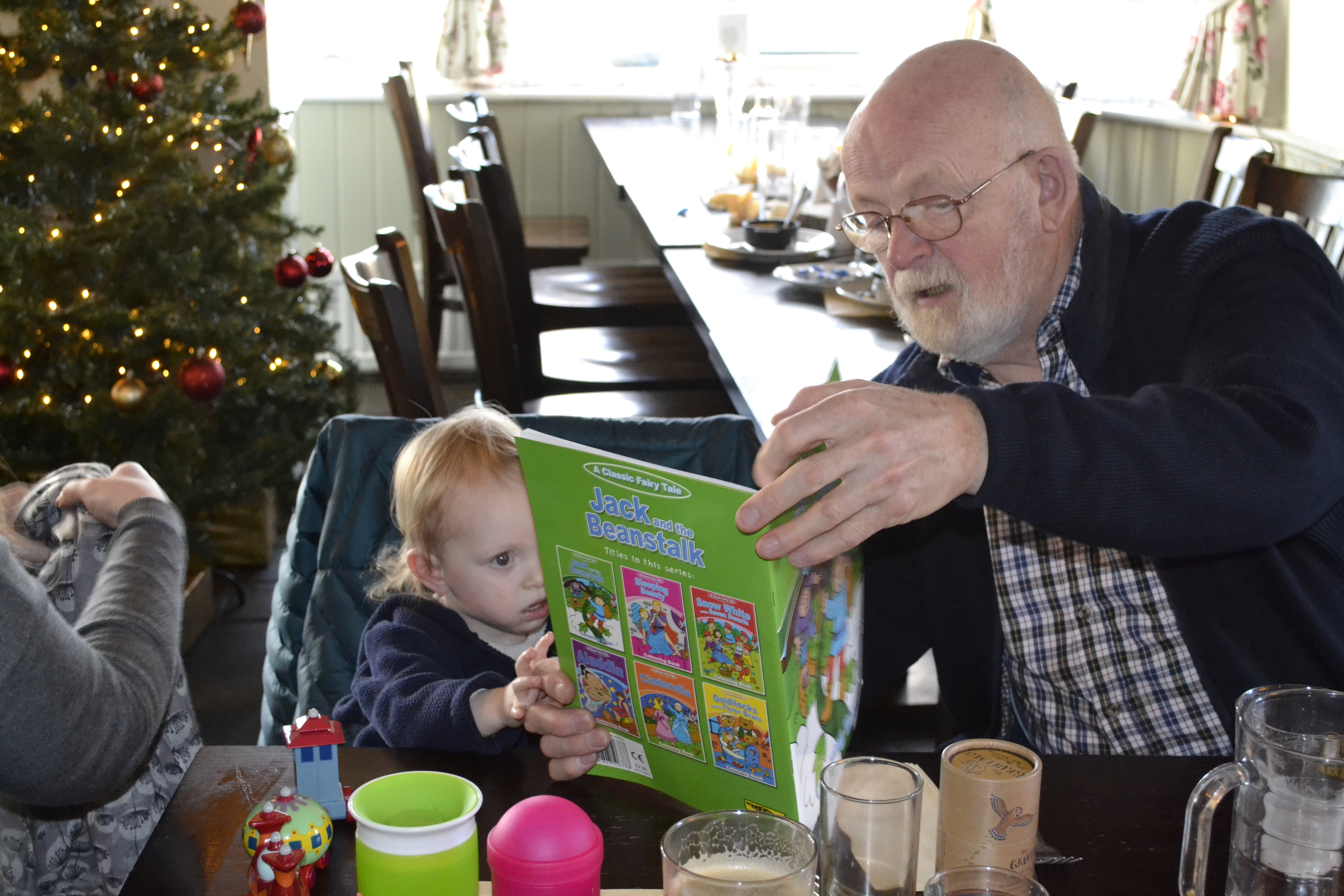 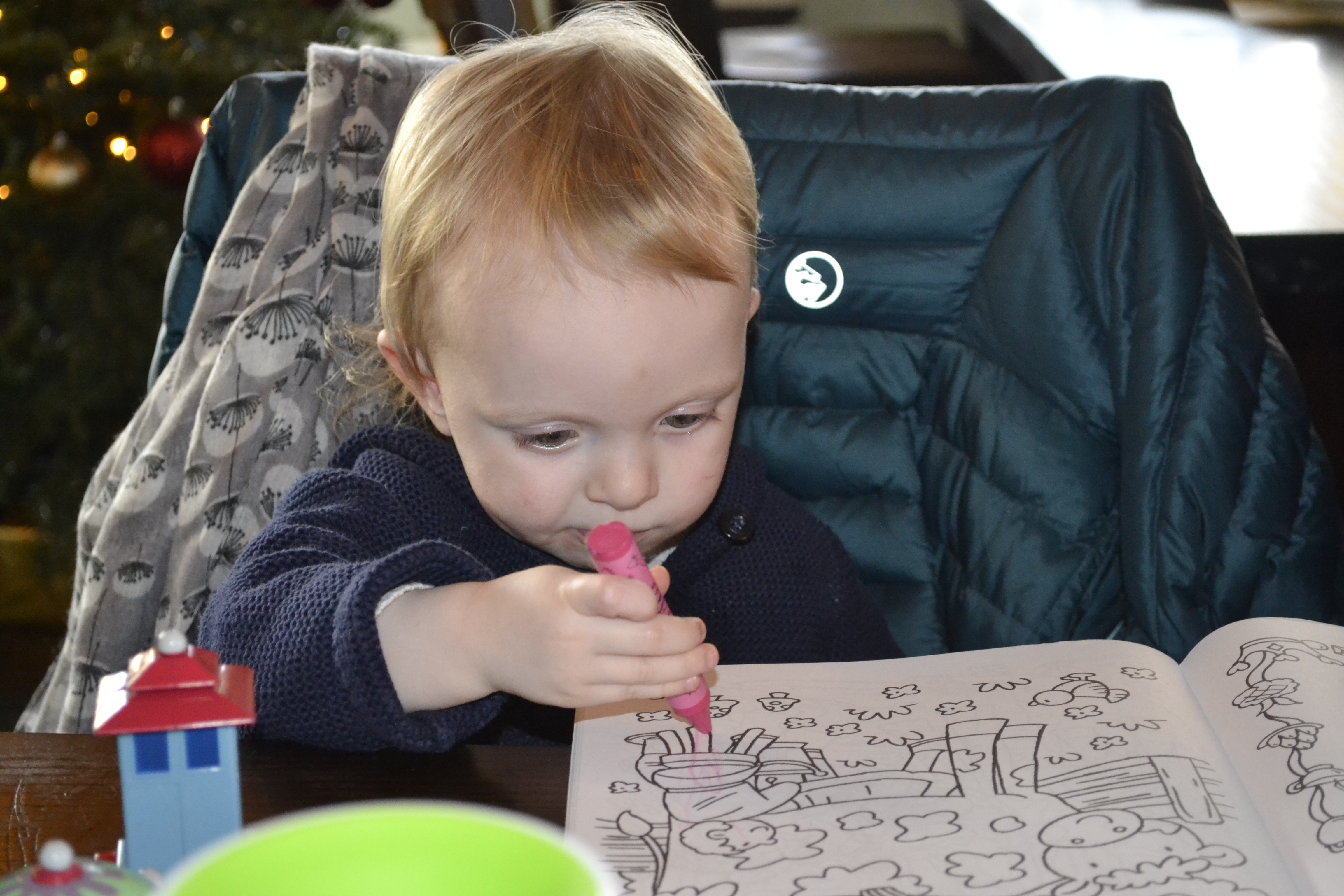 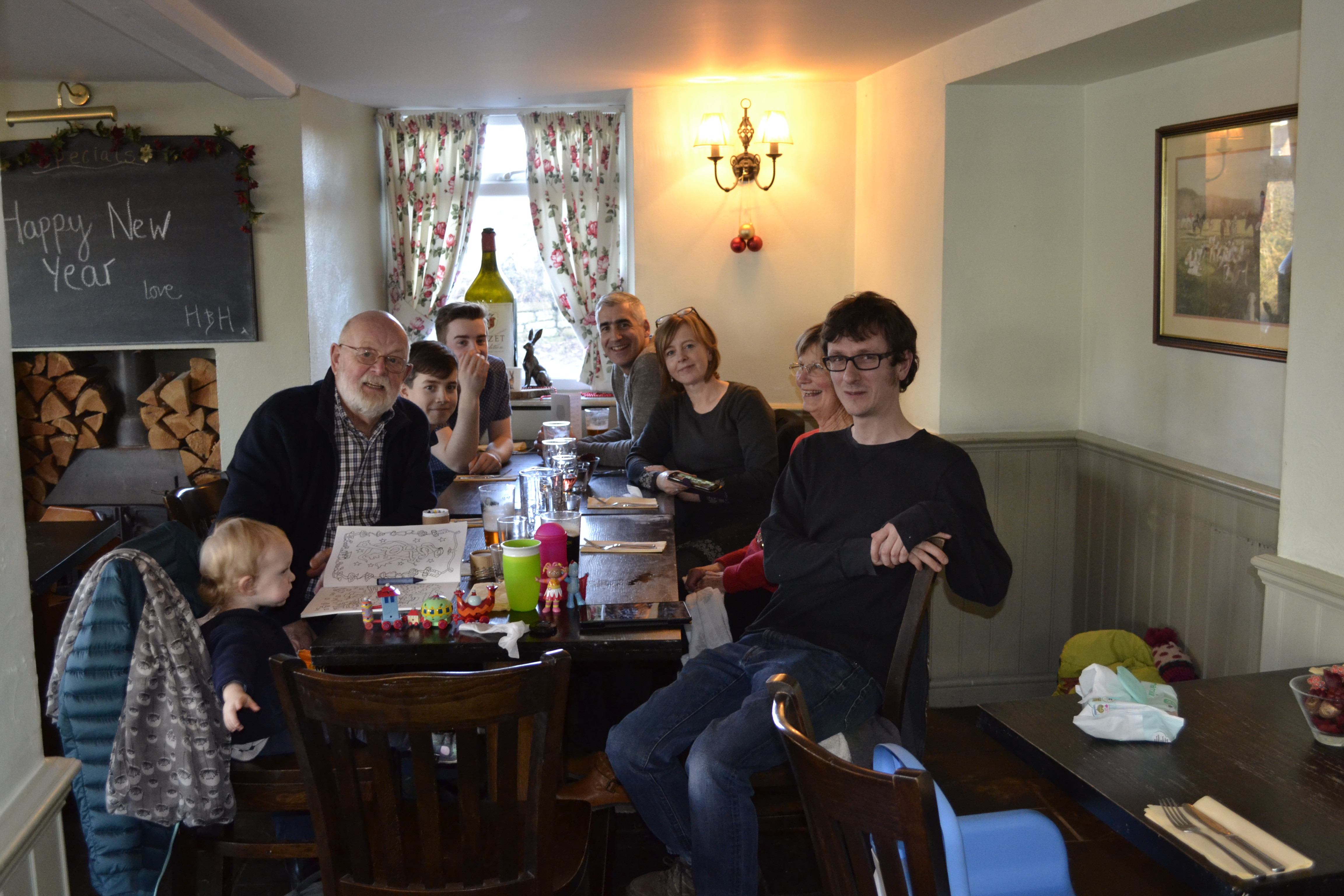 The next day saw a good sunrise over the bay with breathtaking skies. I think I said it last time I went, but photos don’t do it justice. 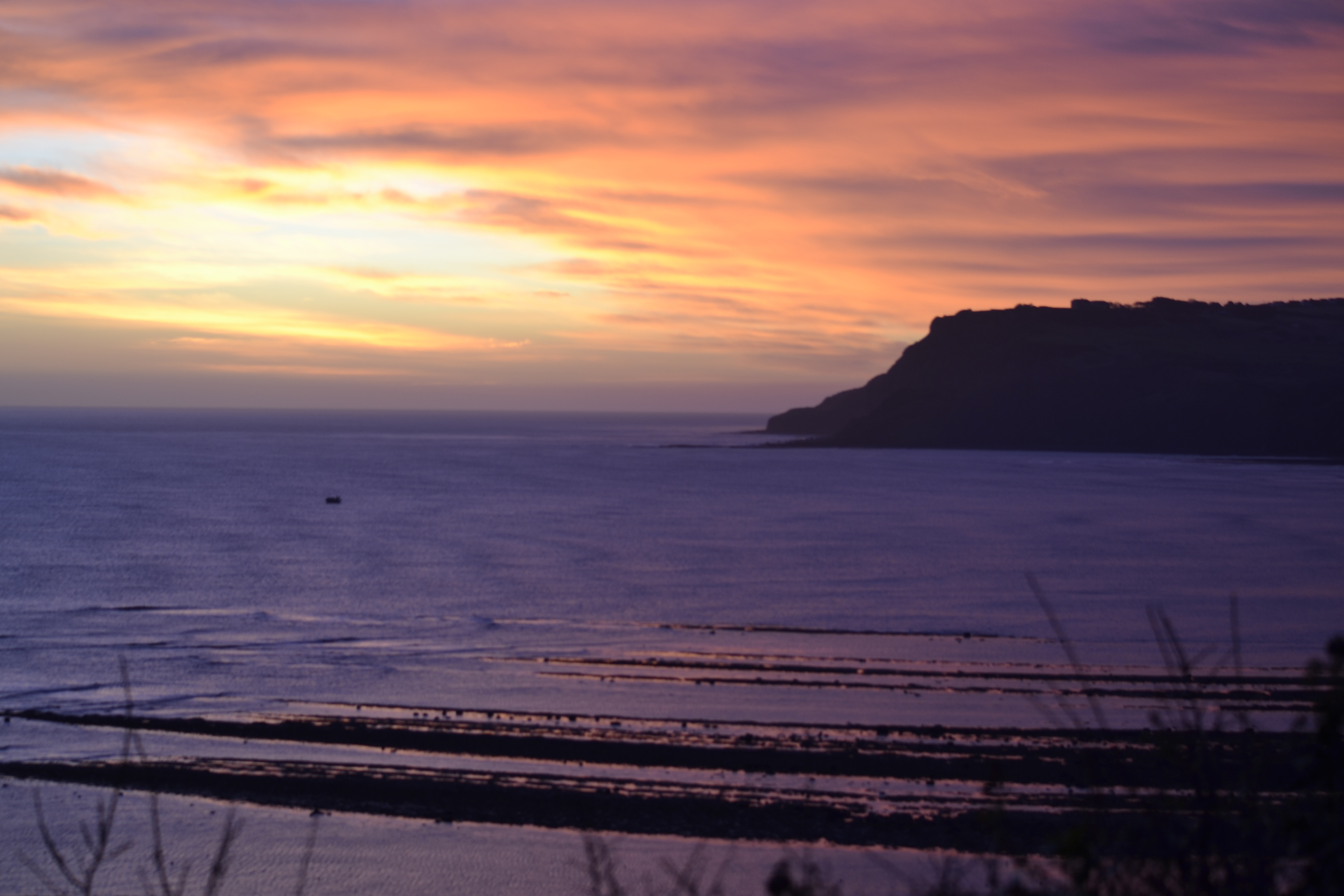 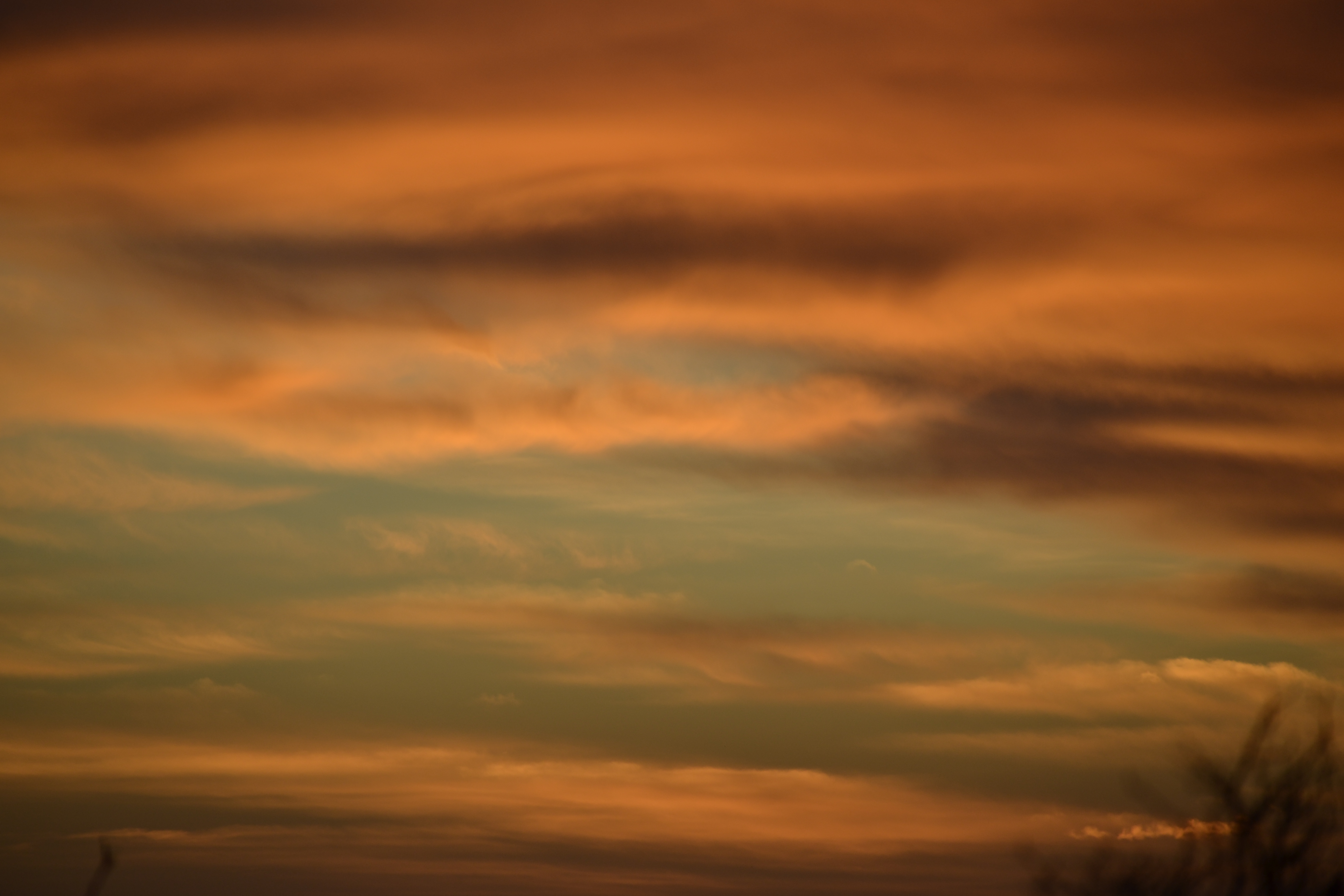 The next day we got out for a walk. I was taking photos as we went for the New Year Plant Hunt organised by the BSBI. The aim being to monitor what wildflowers are in bloom in Winter.

A few seen on the way. 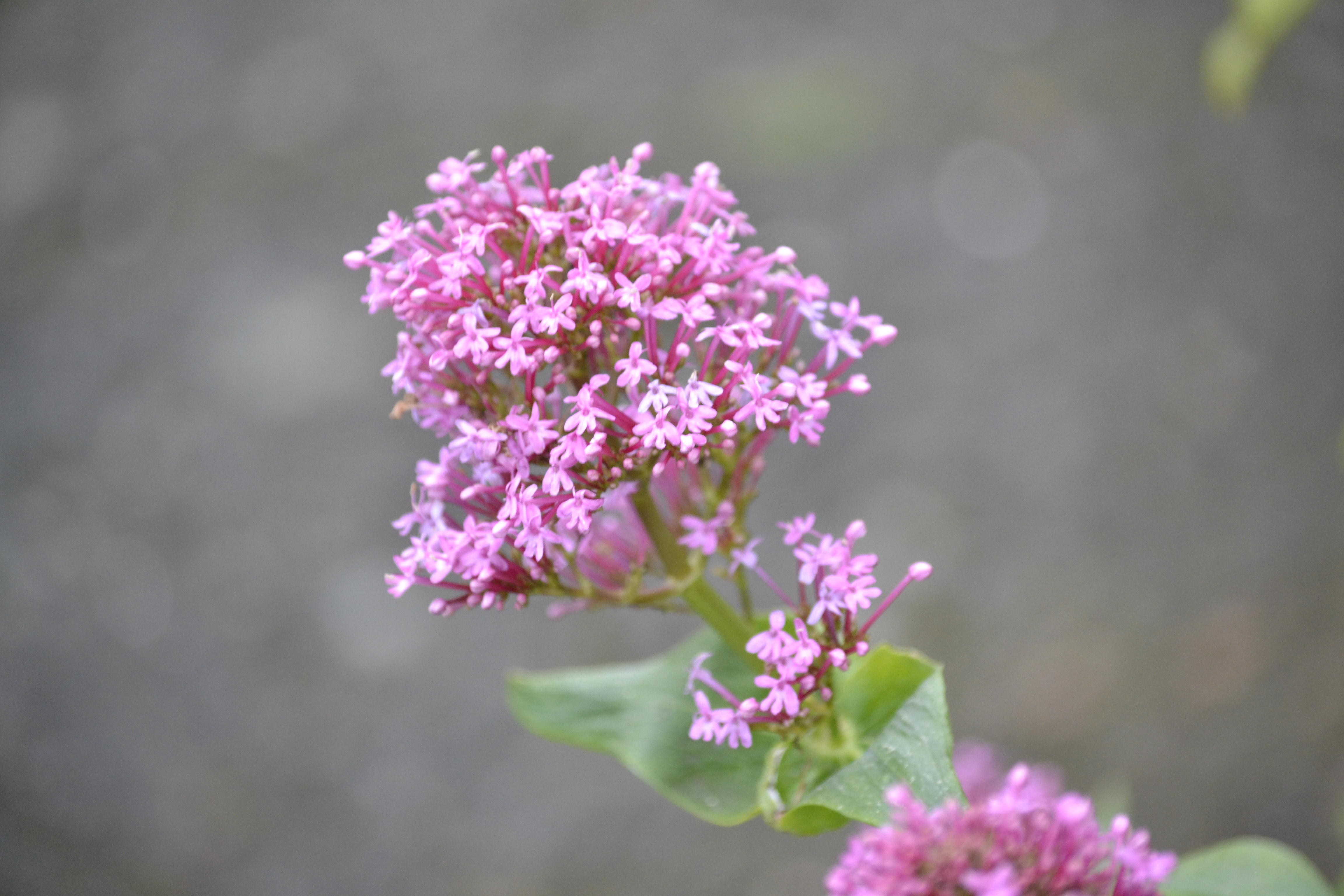 The winter heliotrope. A rather delightful low laying wildflower. 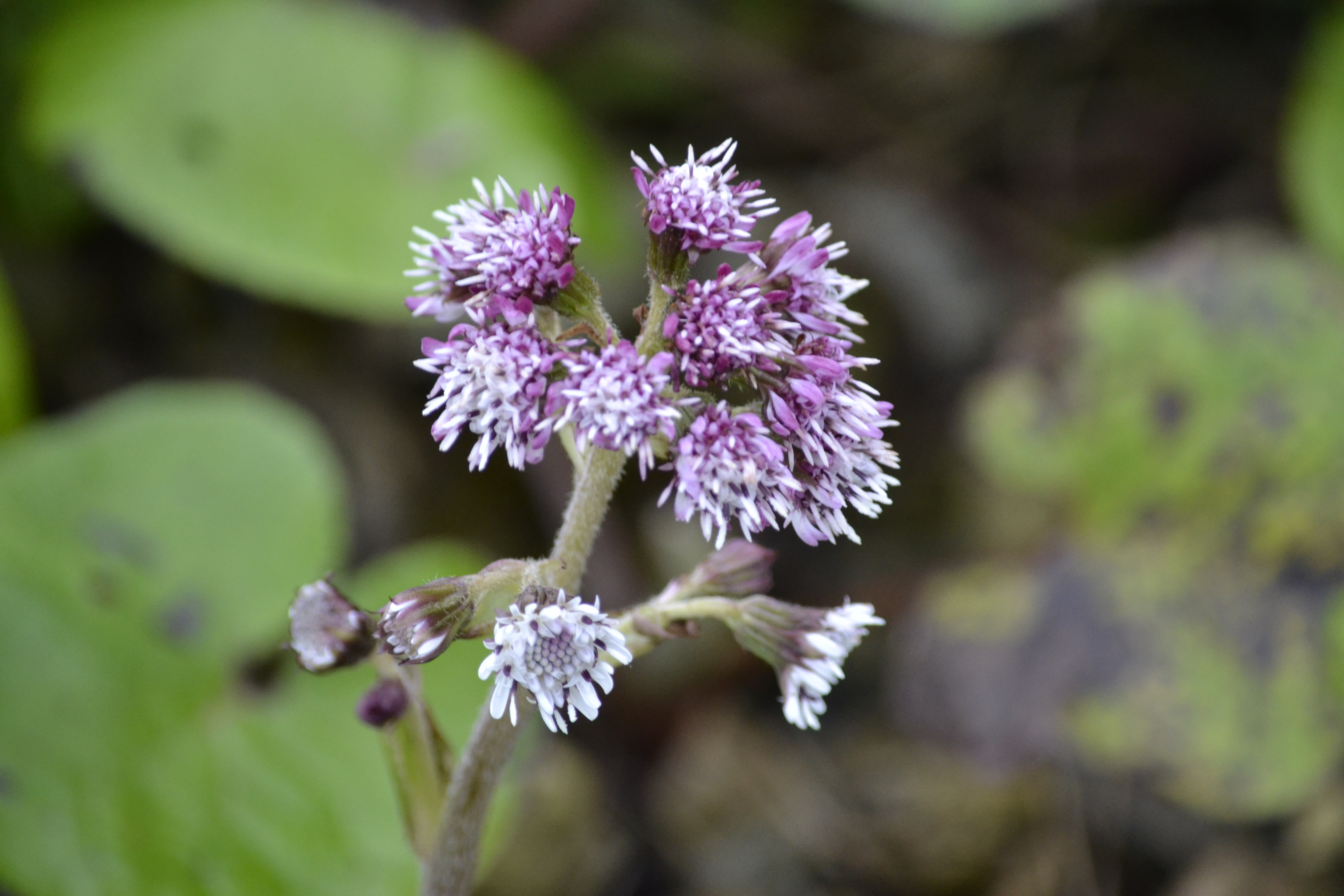 Plenty of gorse along cliff faces. 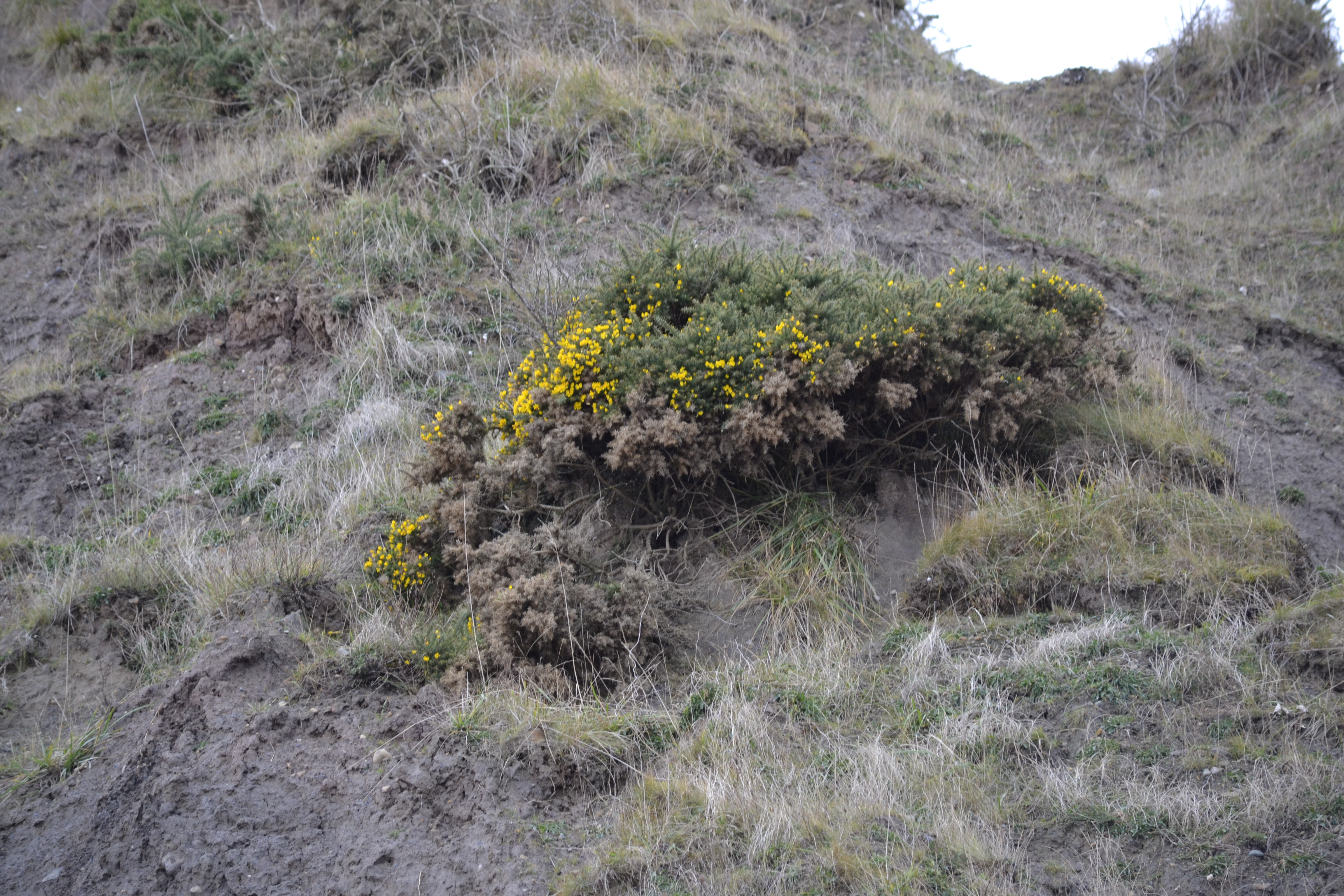 We had a nice walk along the beach. We didn’t quite make it to Boggle Hole, just down the coast. Boggle is a local name for a hobgoblin, a mischievous little person. Boggle Hole was one of the spots the smugglers on this stretch of coast used, thus the name. 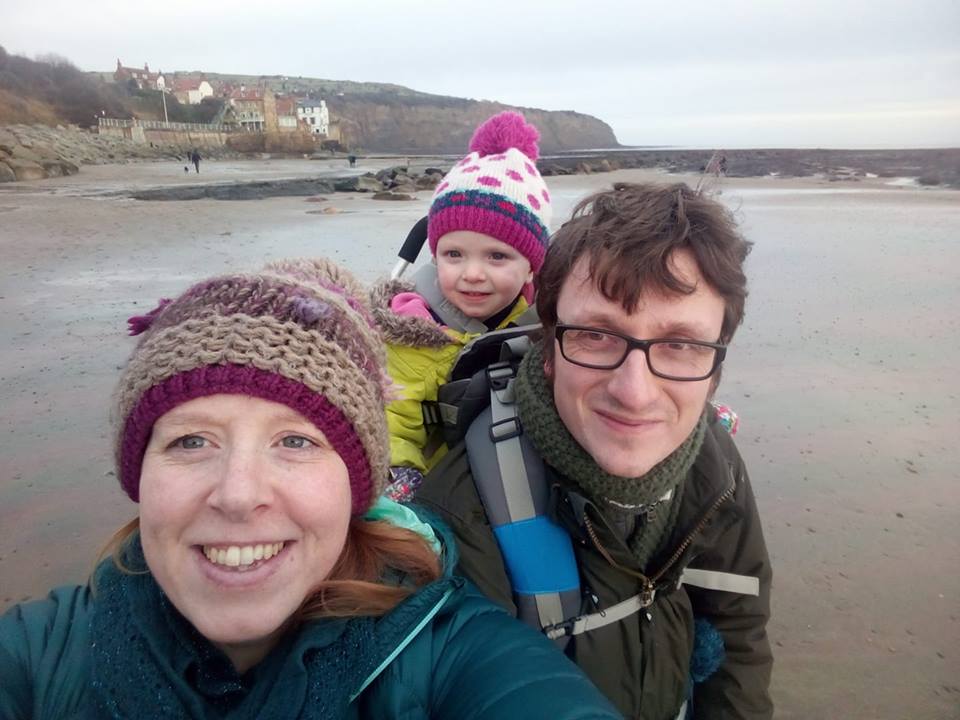 Alice was keen to get in the howdah today trying to clamber in before we were ready. 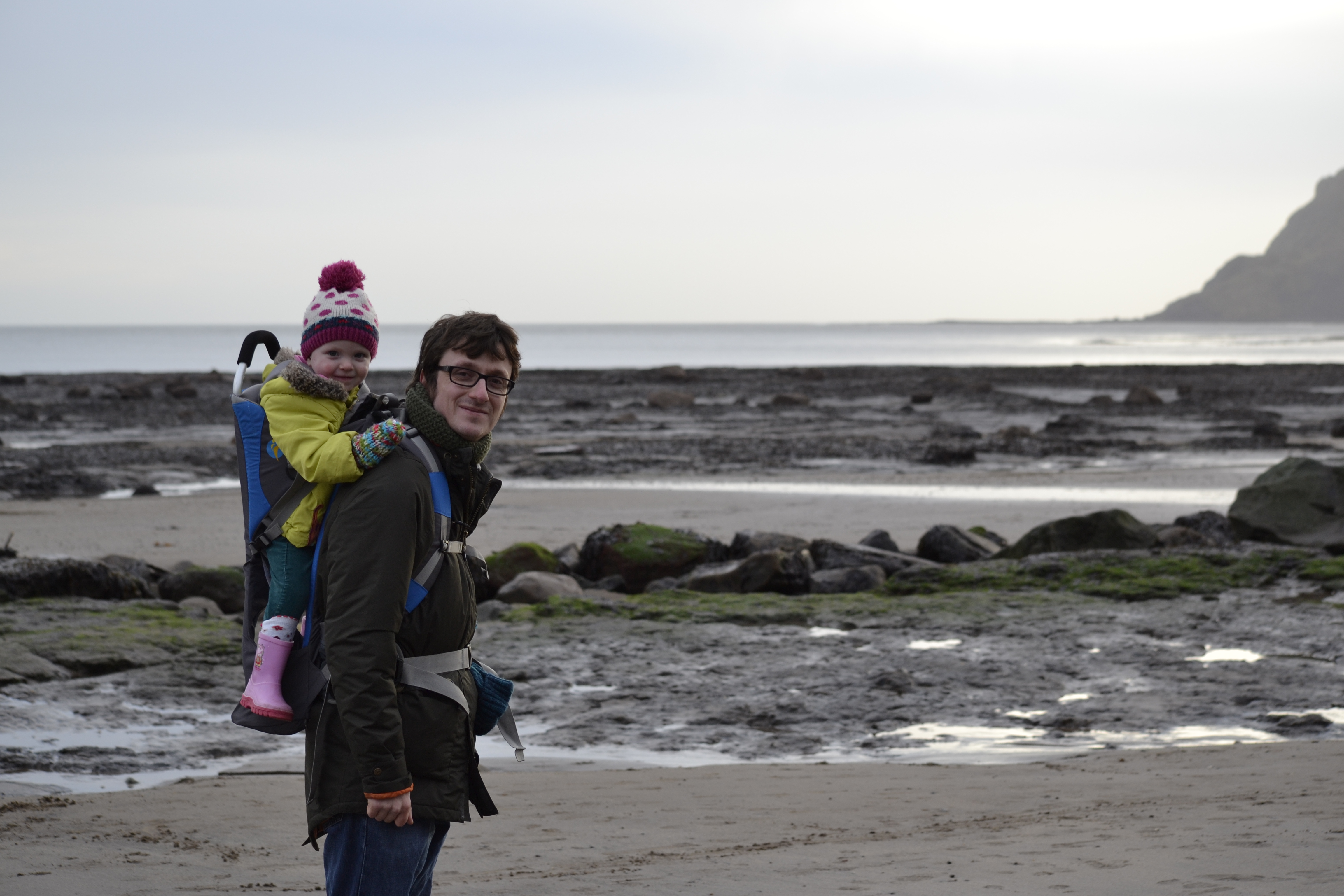 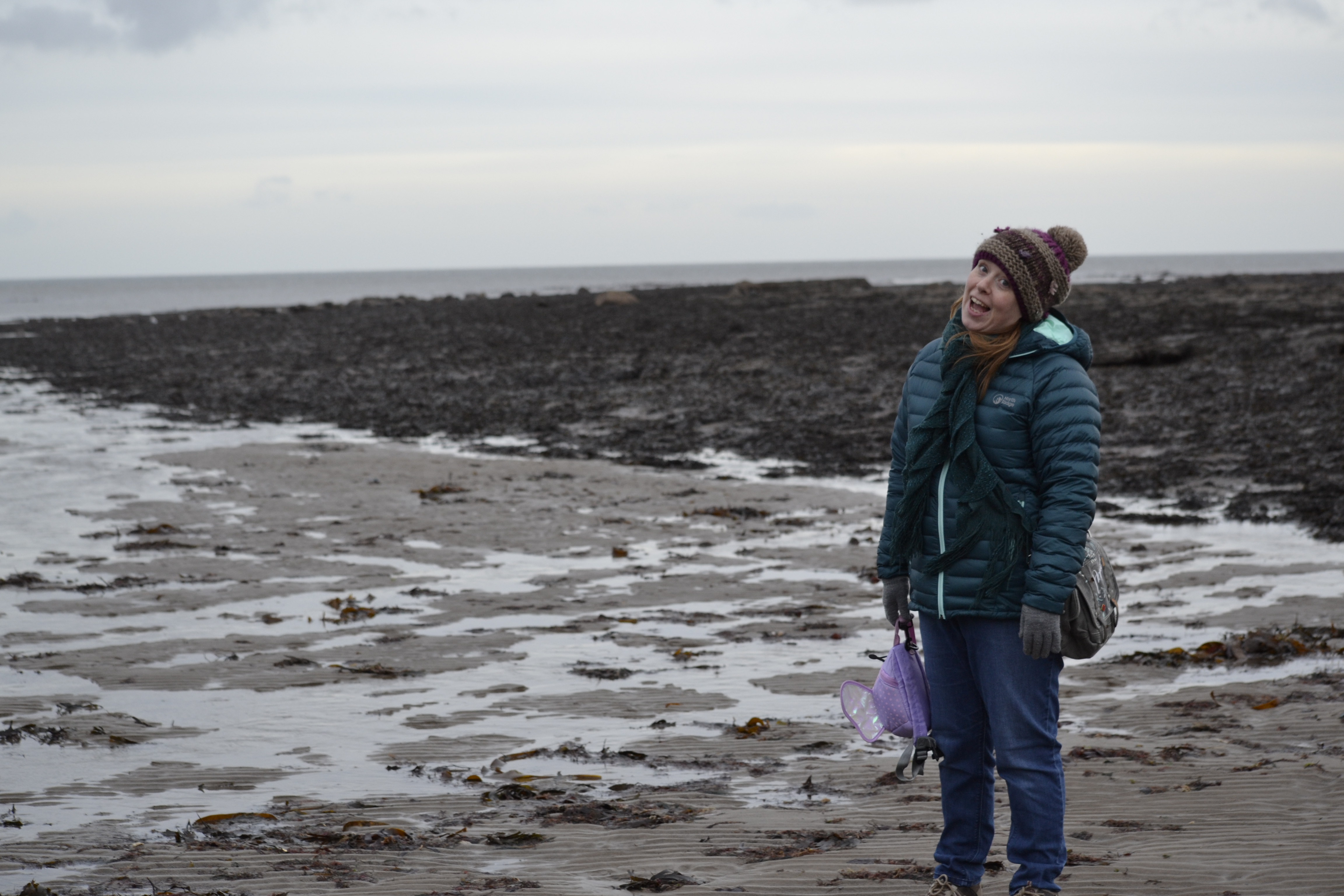 Having read a lot of other people’s New Year Round up posts I’ve seen a lot aiming for seeing 100 bird species in a year. I’ve no idea how many I’ve seen last year so may try and keep better track. The first day days though at Robin Hood’s Bay has given ample opportunities. Although not all were obliging for close up photos. 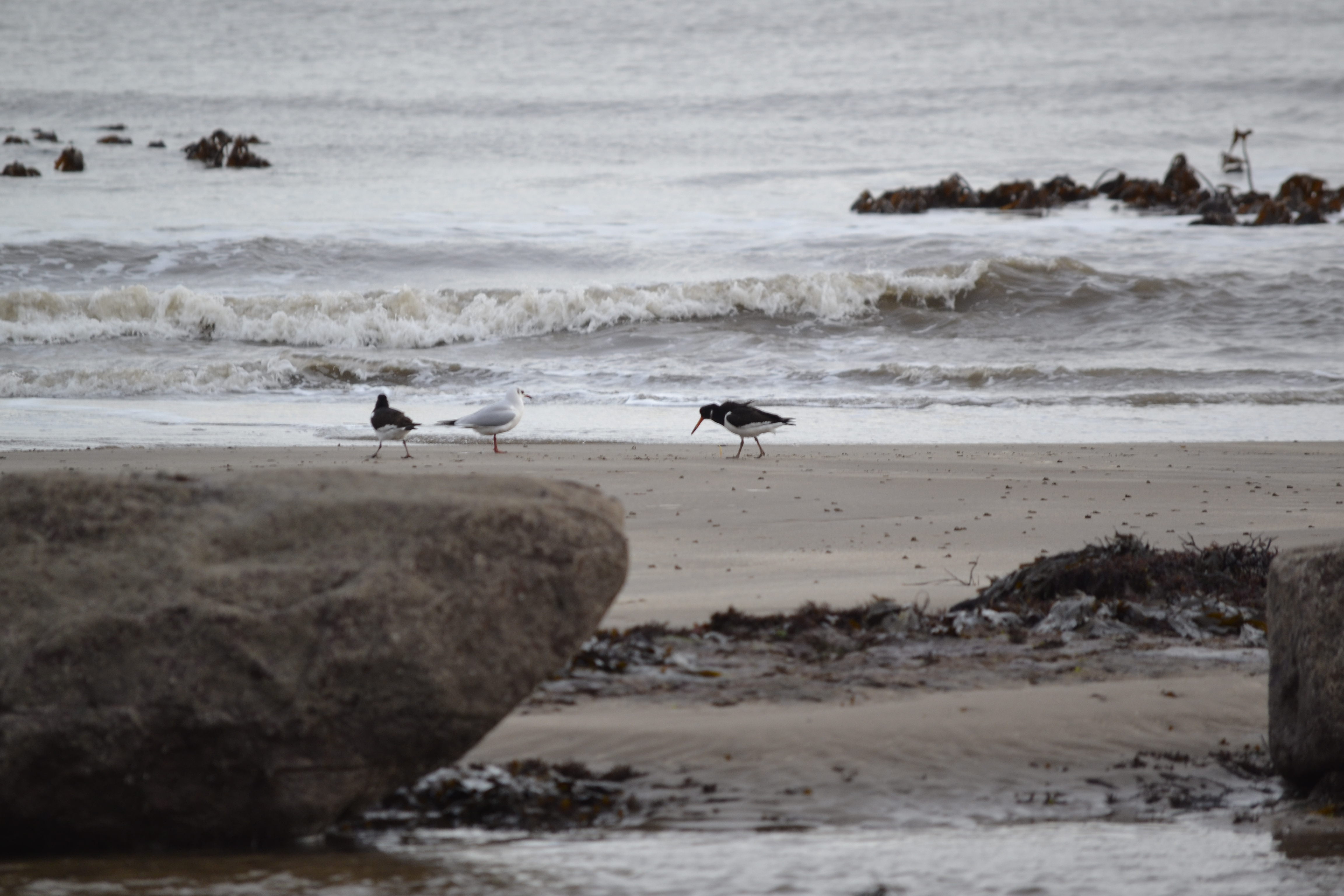 What I think is a stonechat. Not a bird I’m familiar with. 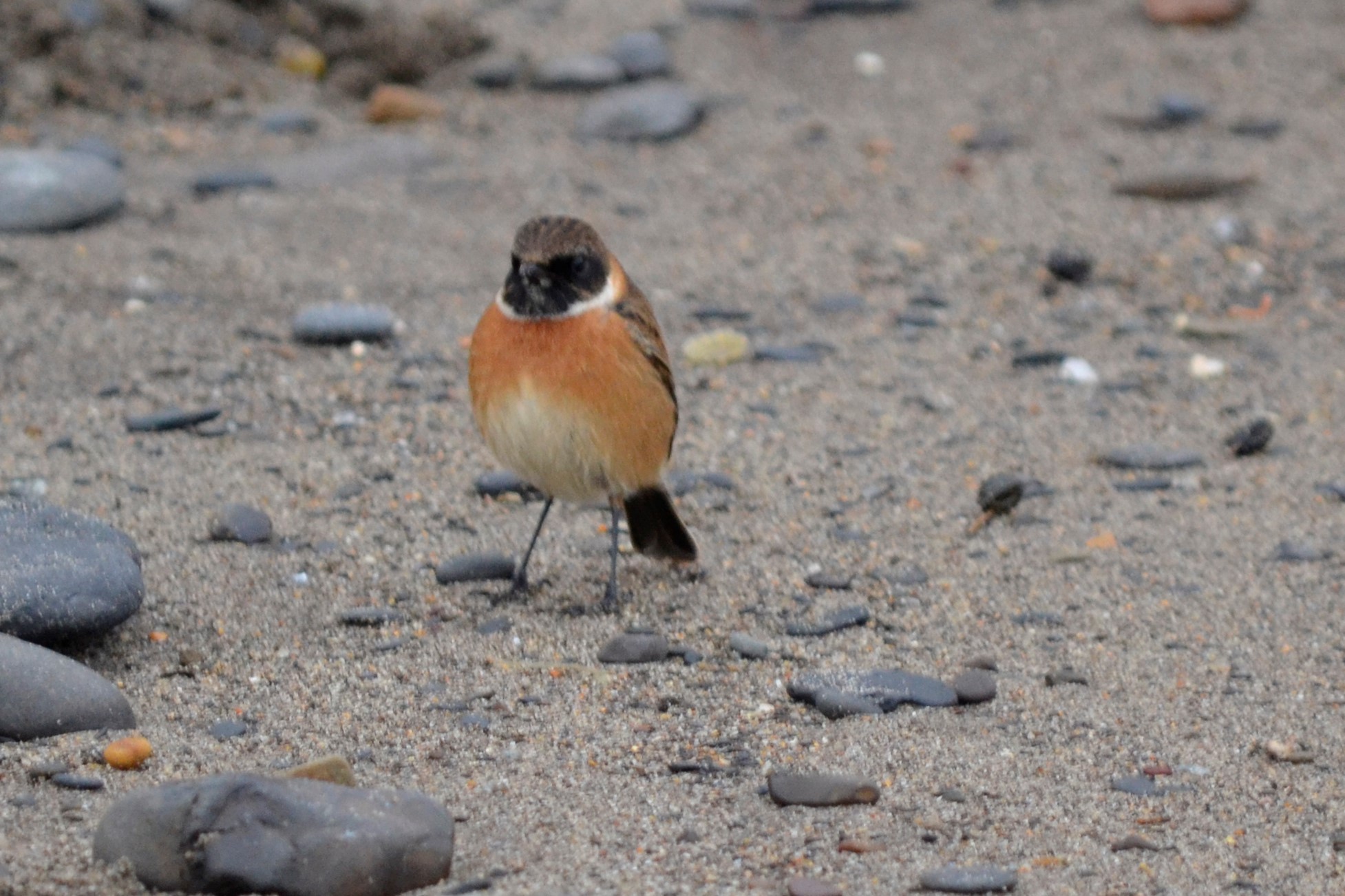 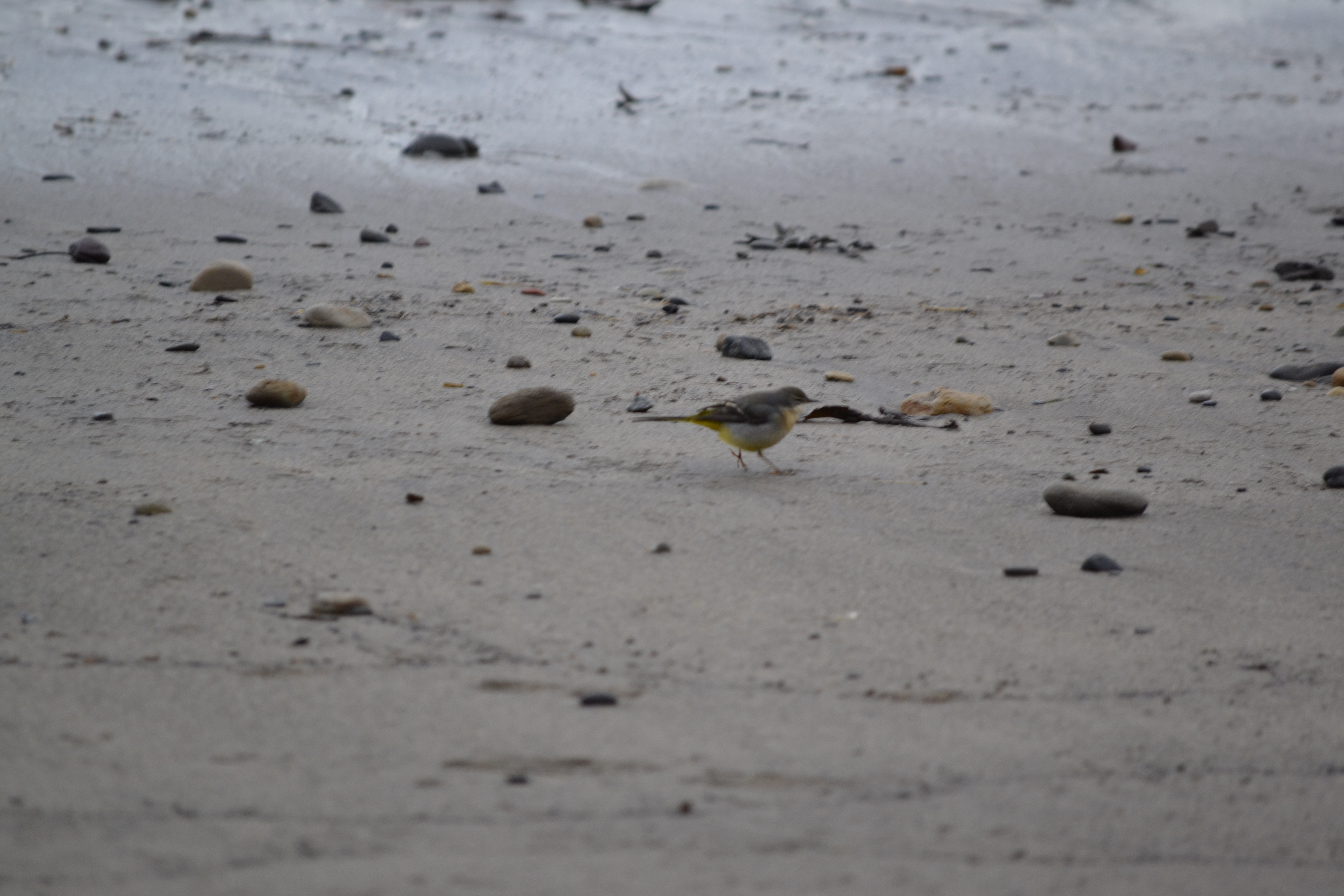 The pied wagtail. One of my favourite little birds. I enjoy watching their odd little bounces along the seawalls. 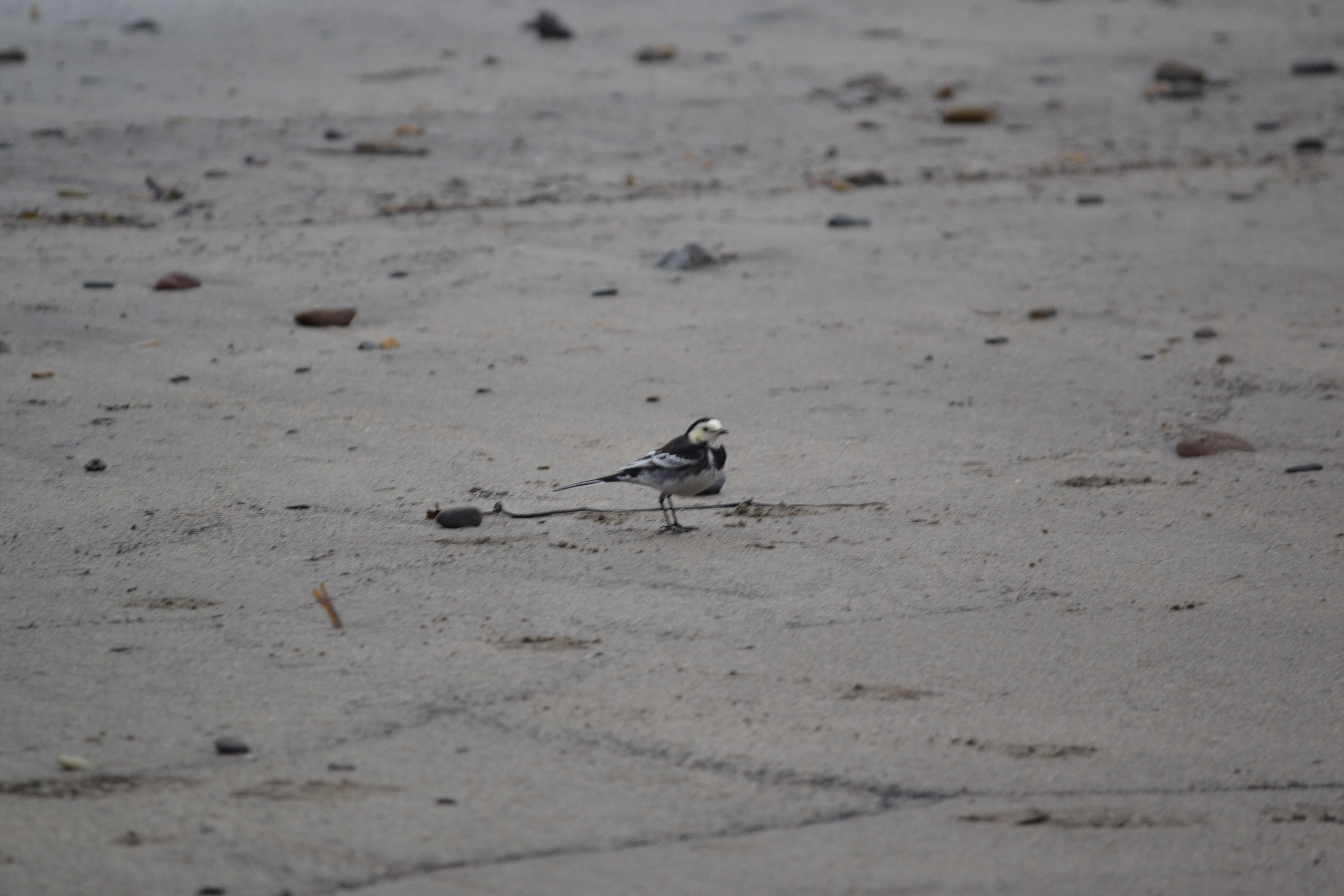 A robin on the beach. 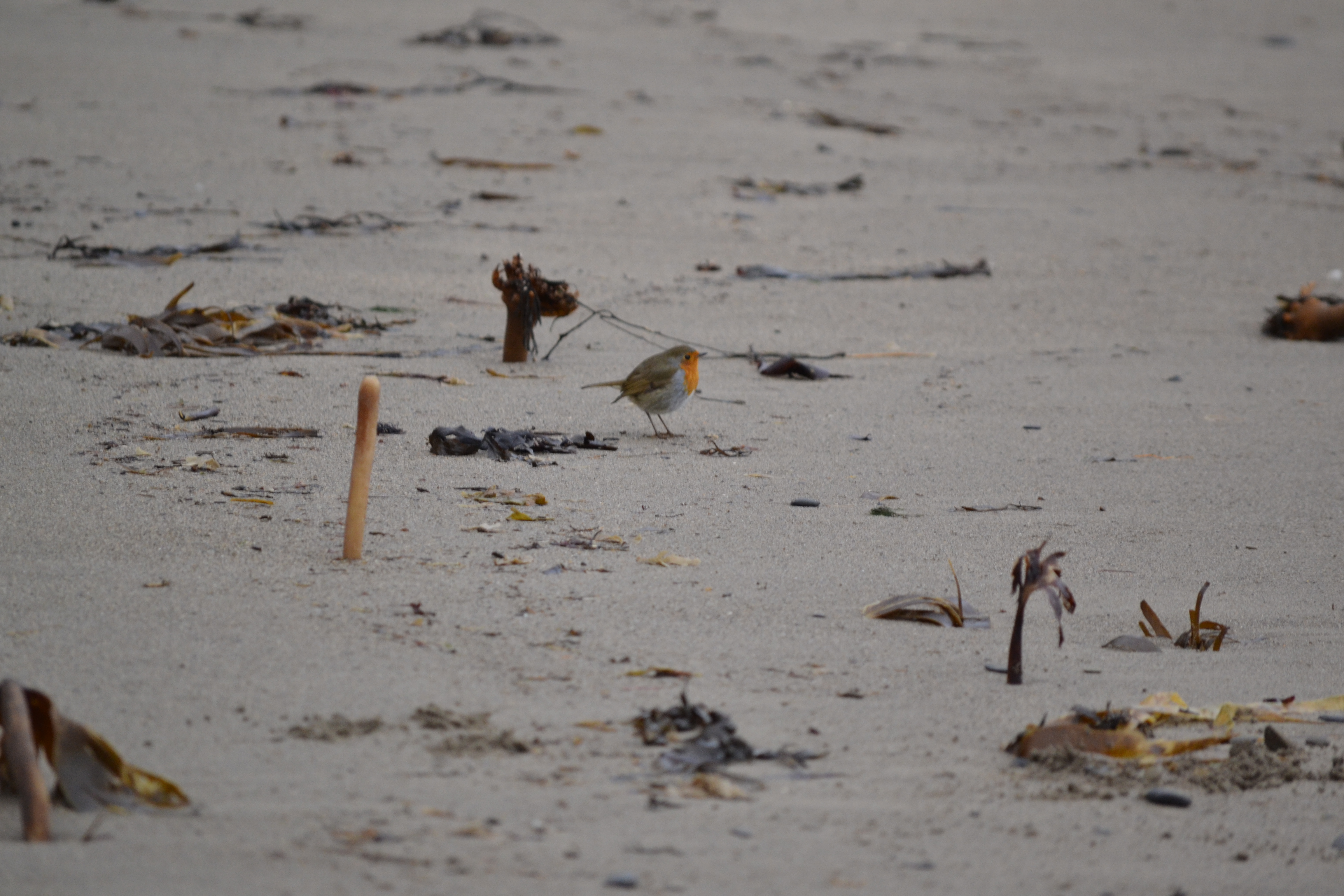 Back at Amy’s dads house they’ve been getting lots of visitors to their feeders. 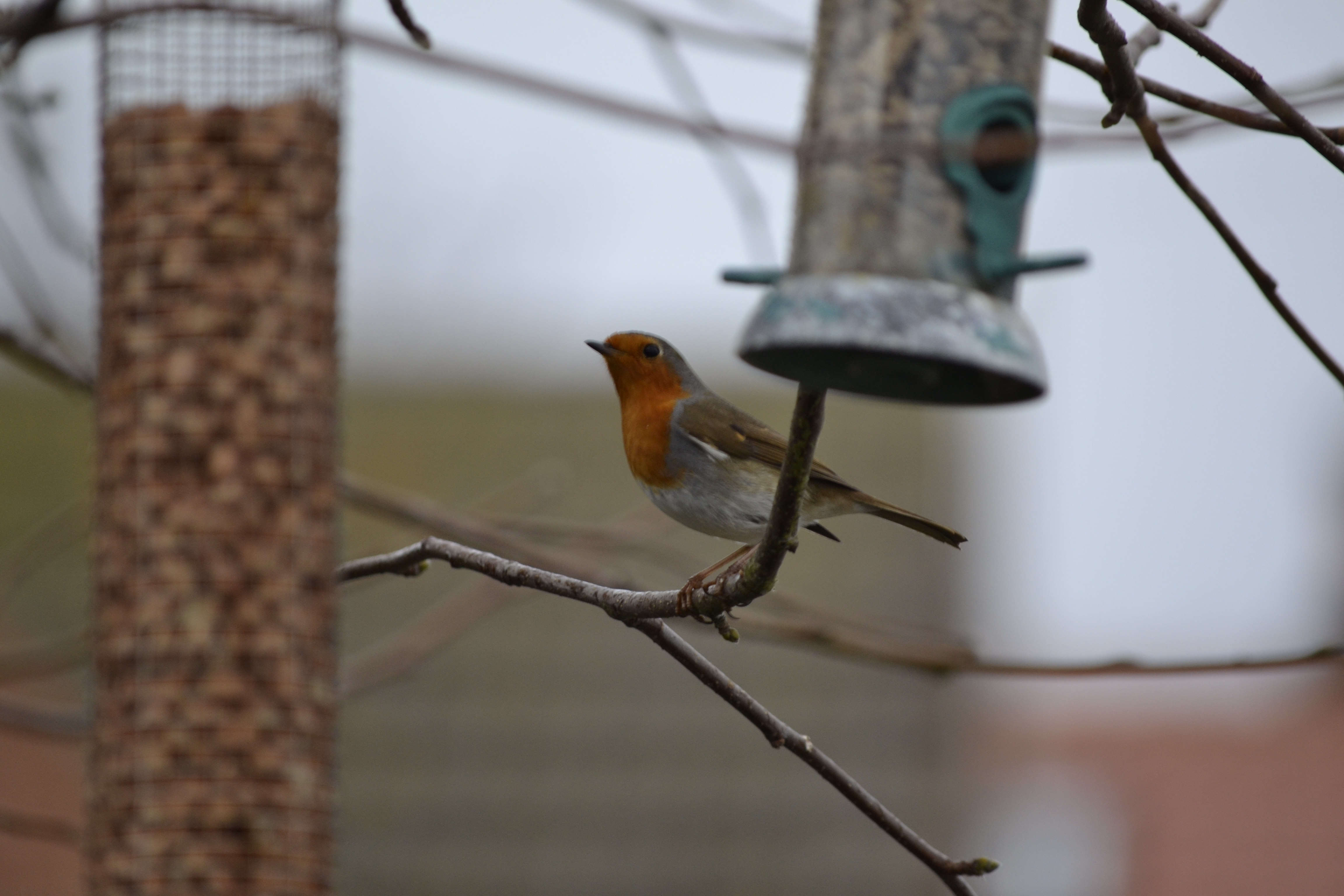 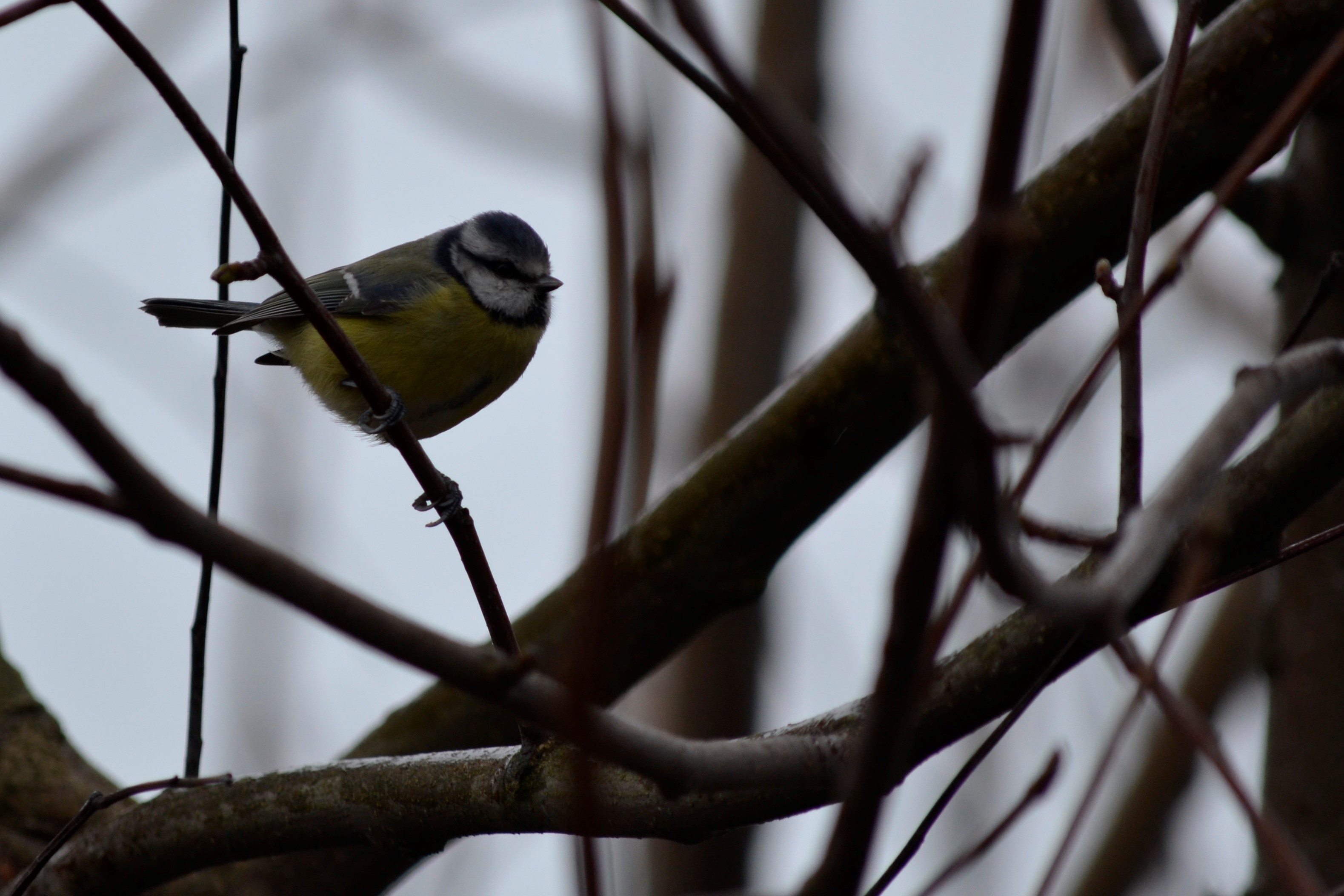 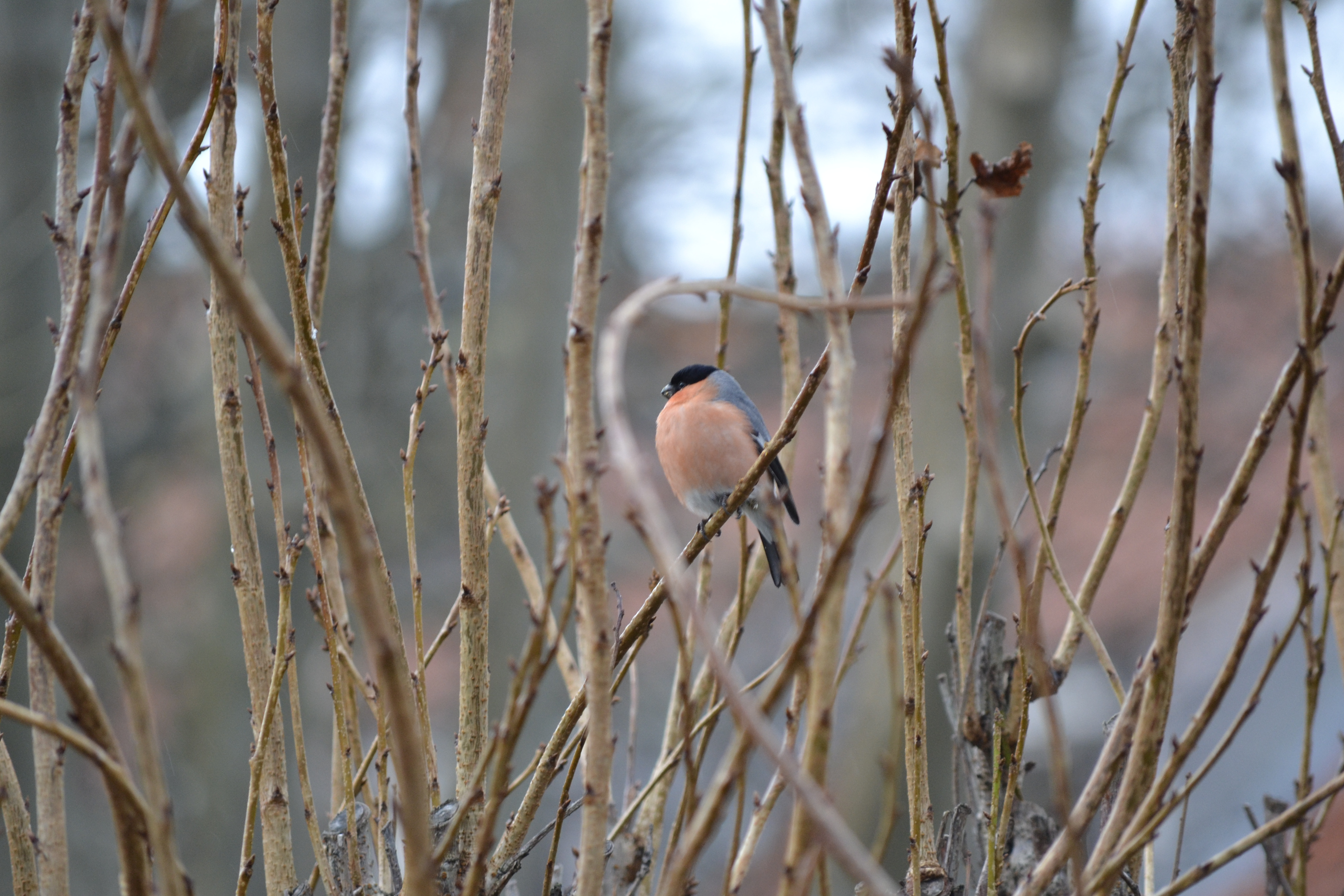 I set up the trail camera on the feeder which shows the variety coming in.

And I think possibly the nicest, non-family, photo I managed over the last two days of a bull finch attacking the berries. 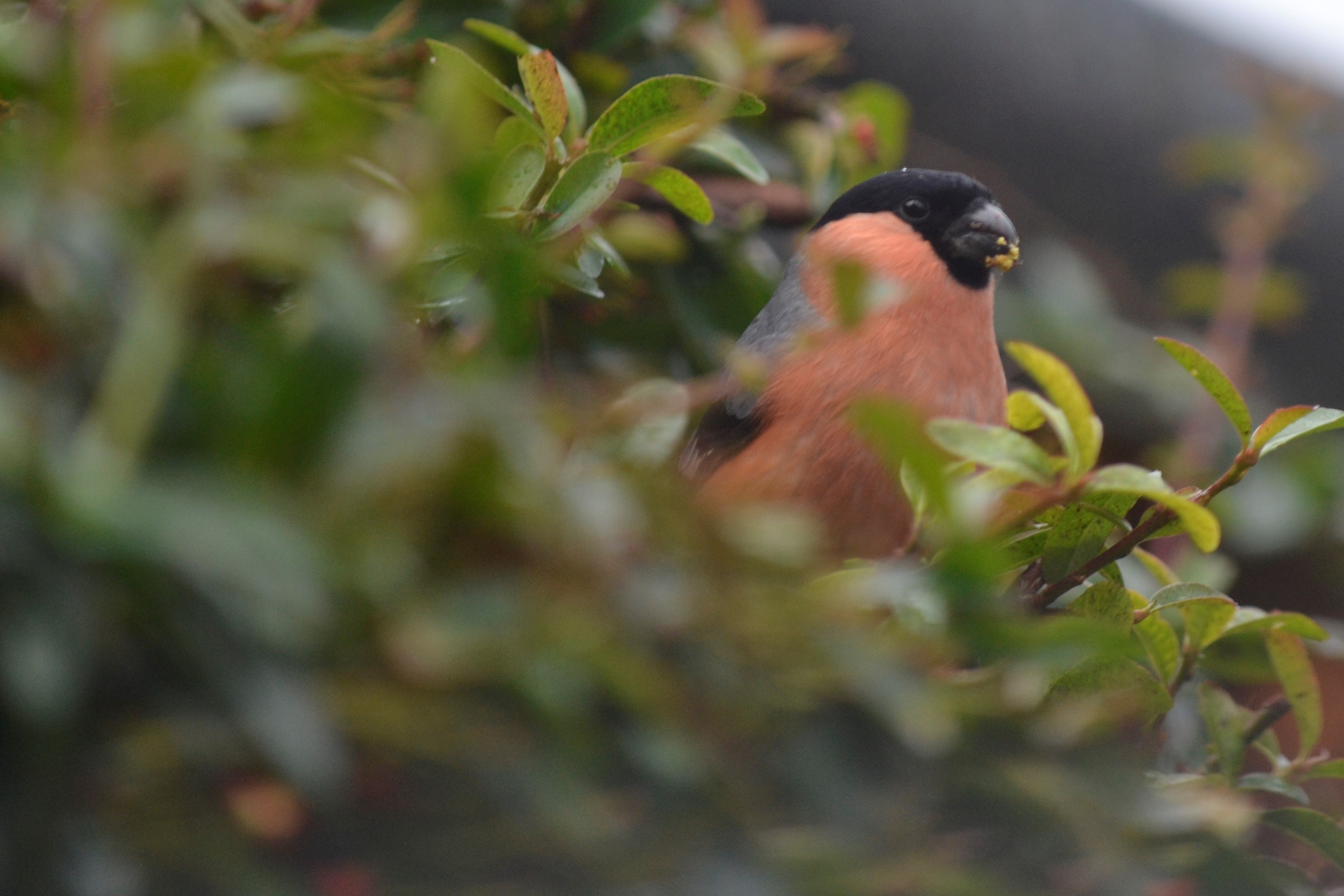 We’ll have to see how many species I can manage as we don’t go out of our way to see birds. But we live in good areas for racking up a good number.

9 thoughts on “New Year at the Bay”