With the bank holiday, last weekend Alice and I managed to get out despite the weather. Alice has created her first floral display (Number 2). We also did a mass sowing of many of the seed packs. Lots of cosmos to come and we cared for the dahlia seedlings. She enjoyed mixing the potting compost and has been going back regularly to check her new creation. So on with the six.
1. Sunflowers

My dad had bought Alice a sunflower seed kit and she wanted to plant it last weekend. We got wrapped up in the waterproofs to prevent the upset when she fell on the wet grass. My dad bought it from one of the supermarkets Lidl or Aldi. 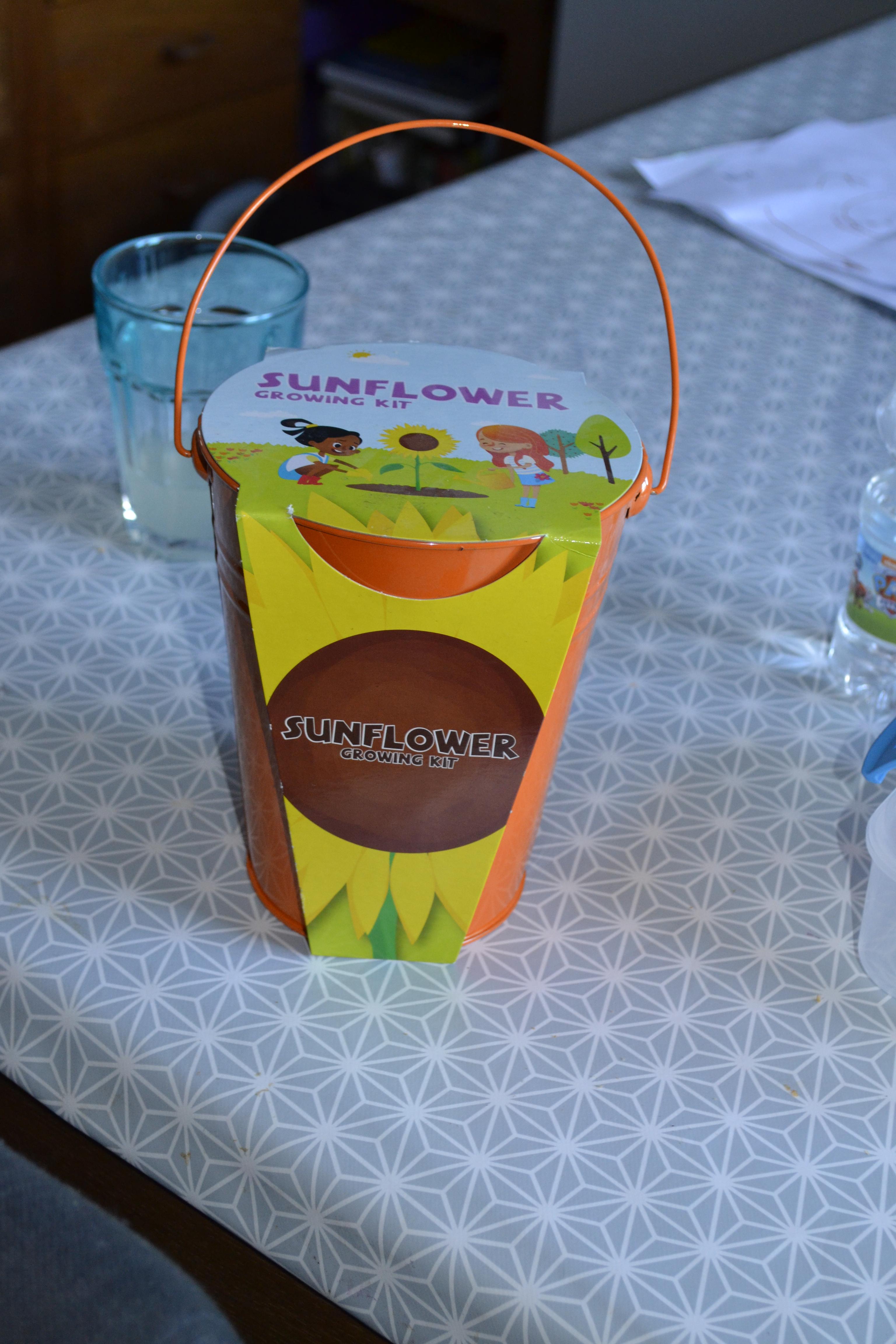 The kit came with a bag of soil and the seeds. She filled the bucket and pushed the seeds in. I’ve a suspicion she pushed a bit deep so we’ll have to see how successful they are. Then she wanted to add some more compost on the top. 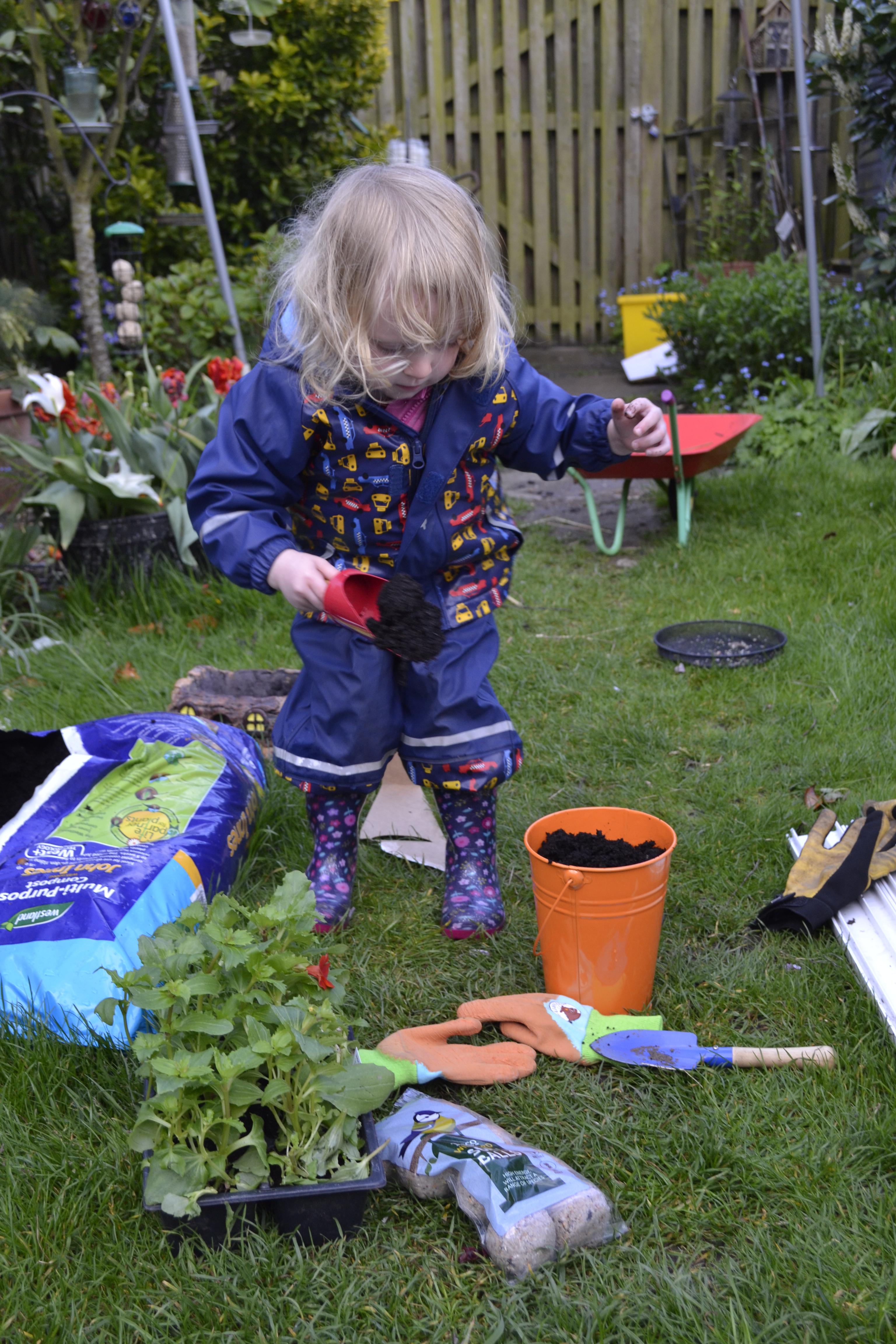 She then added a topper for good measure. 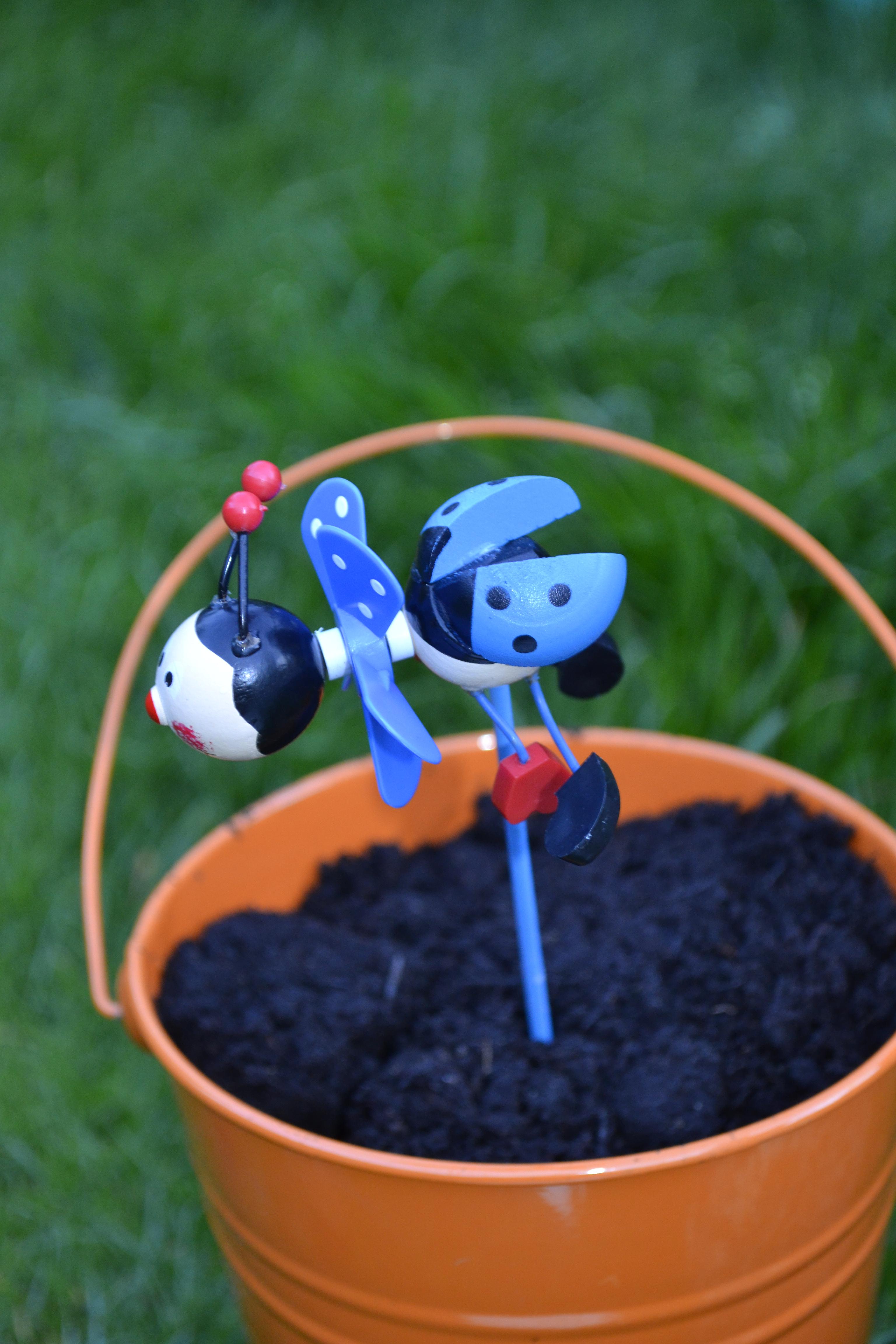 Around my local area, the school has added fairy doors to a lot of the trees. Alice has been enjoying spotting them around town so I thought I’d give her some say in what we planted. We got this cheap planter from The Original Factory shop. It’s a bit naff but nice to keep Alice involved in the garden while she’s still at an age where she wants to help. Even with hailstones, she wanted to stay out such was her involvement. 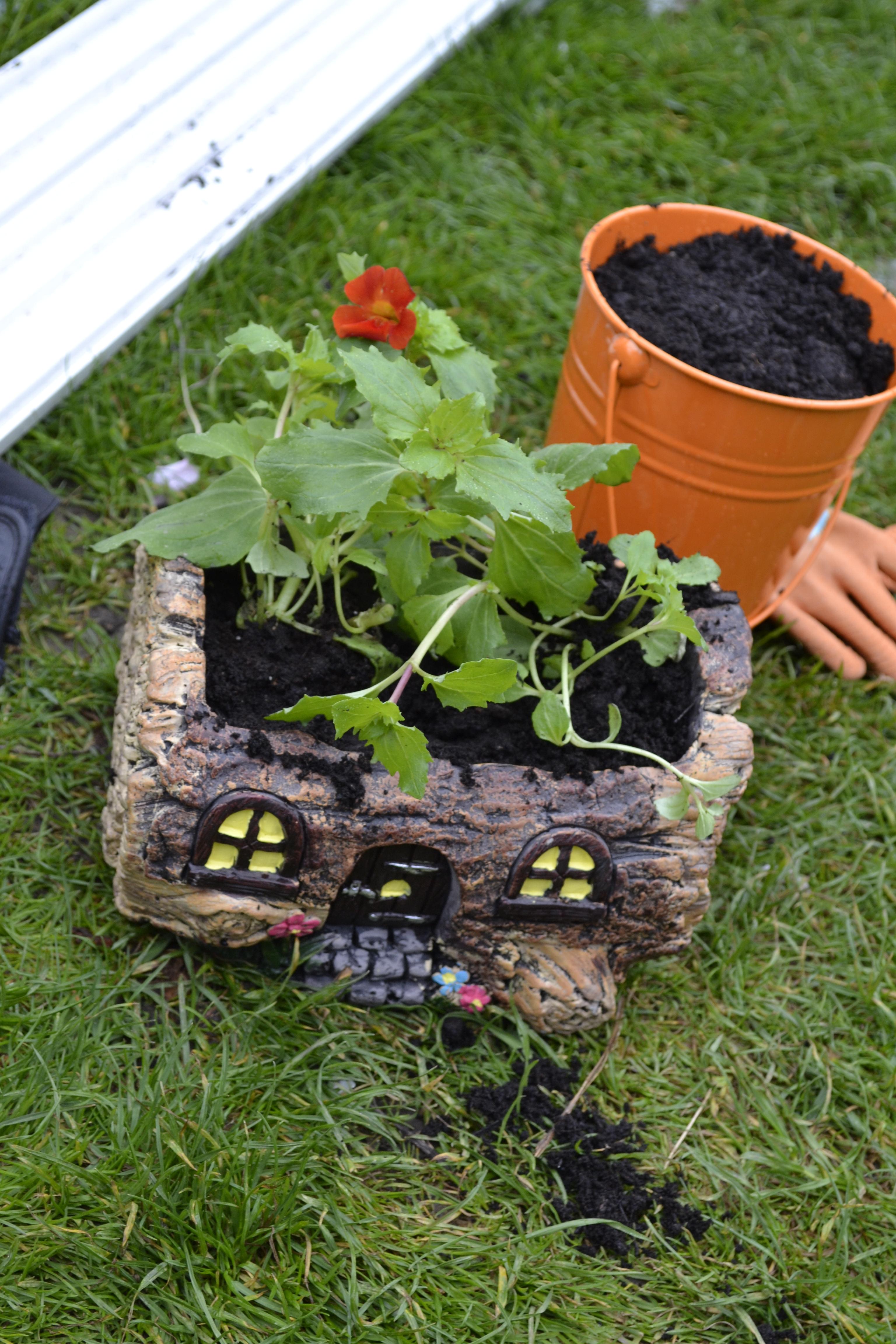 I let Alice choose some flowers from the florist. She went for a tray of Mimulus as she liked the red flower. She’s decapitated half the tray putting them in but she is very proud of her work. 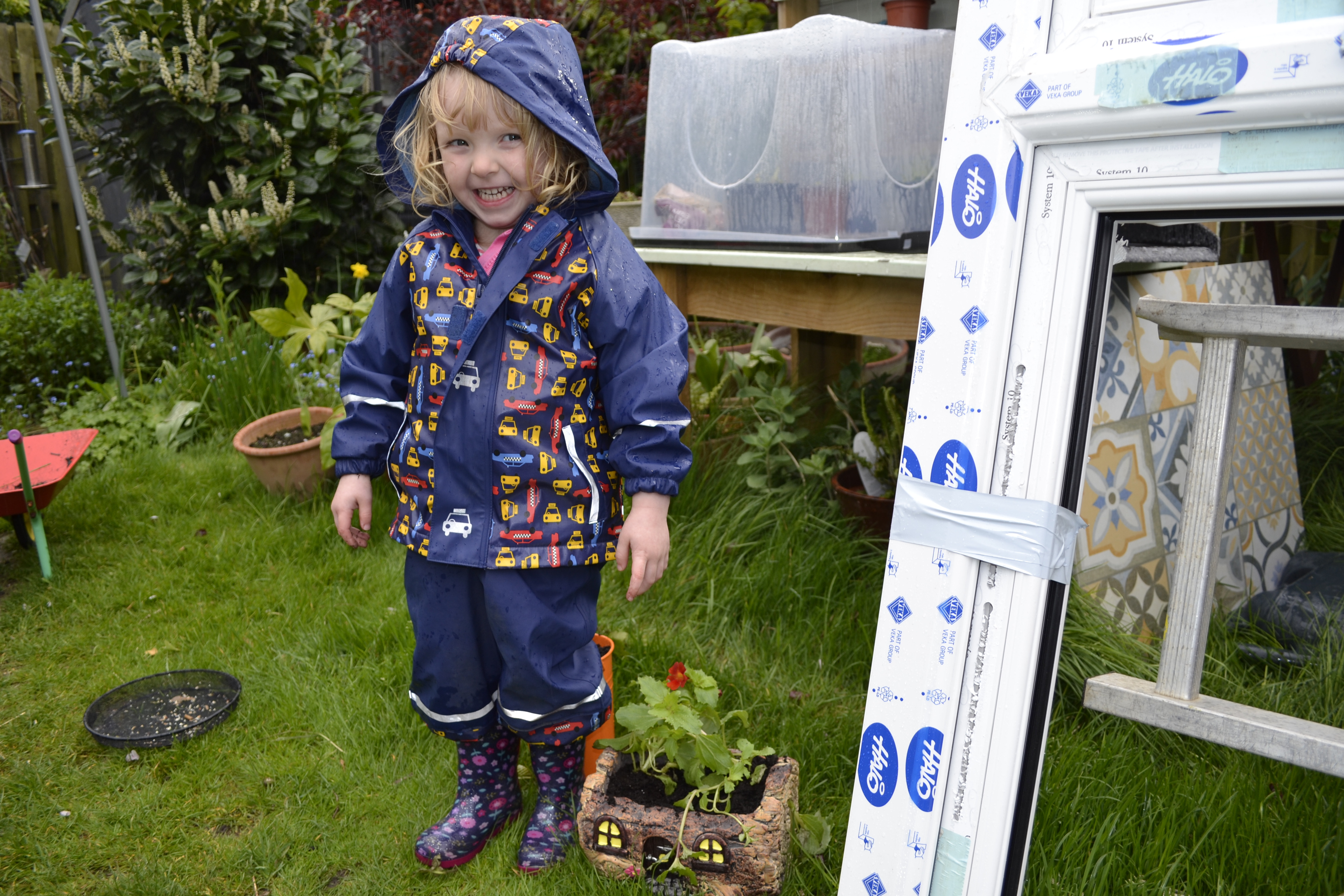 The bluebells in the passage behind the garden are flowering. The ones in the garden are in deeper shade and take an extra week or so. I think have been hybridised with the Spanish bluebells but they still seem popular with the insects. I’m reluctant to try taking them out to grow purely native as I think we’d be back to self-seeded hybridised within a year or two. 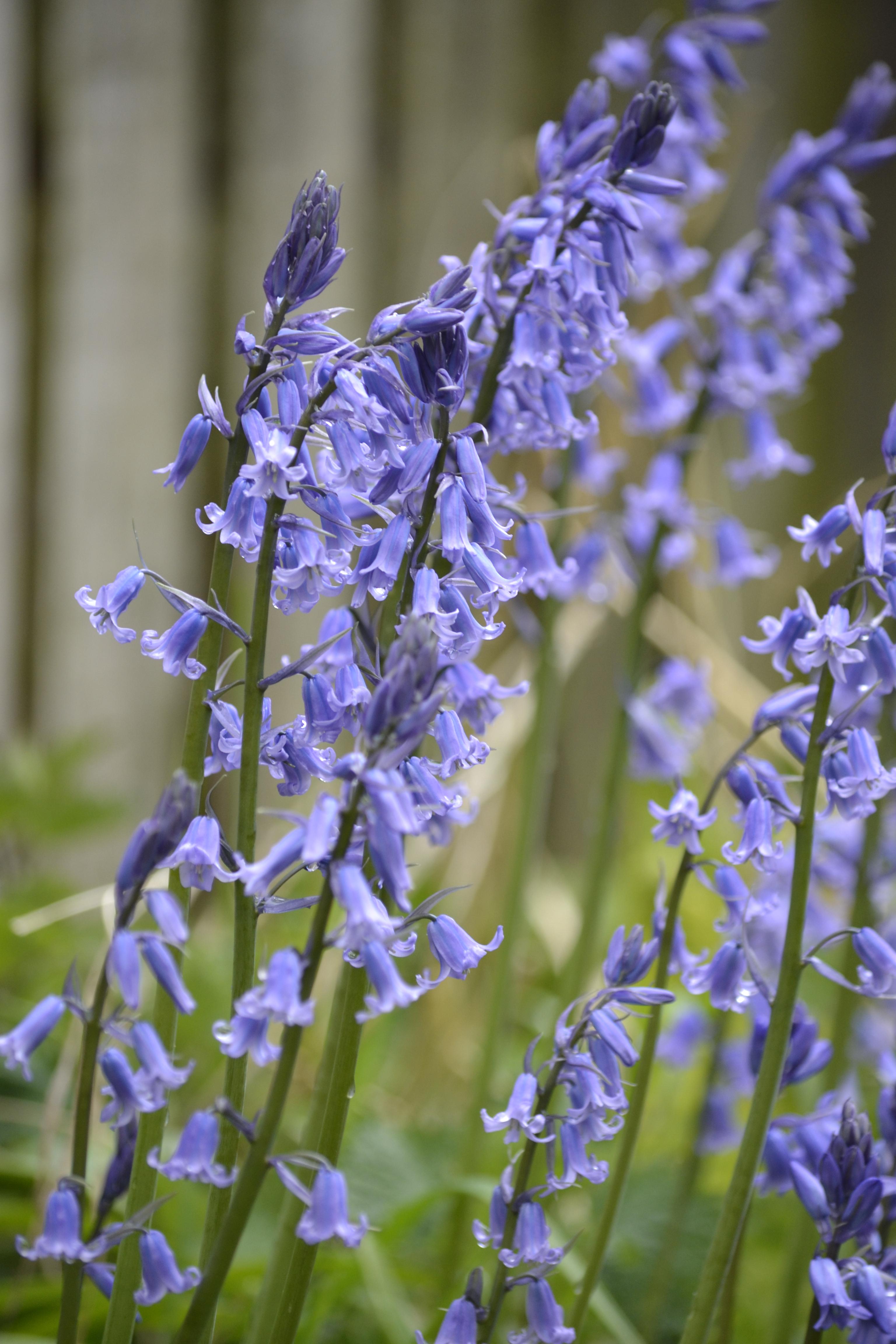 The first heuchera I planted a few years ago failed miserably as I think they were in a position with too much sun. These were my second attempt to see if I could grow these successfully. They’ve been in a year or more now and they seem very happy in the shaded fern corner. They are putting on lots of growth and starting to flower. 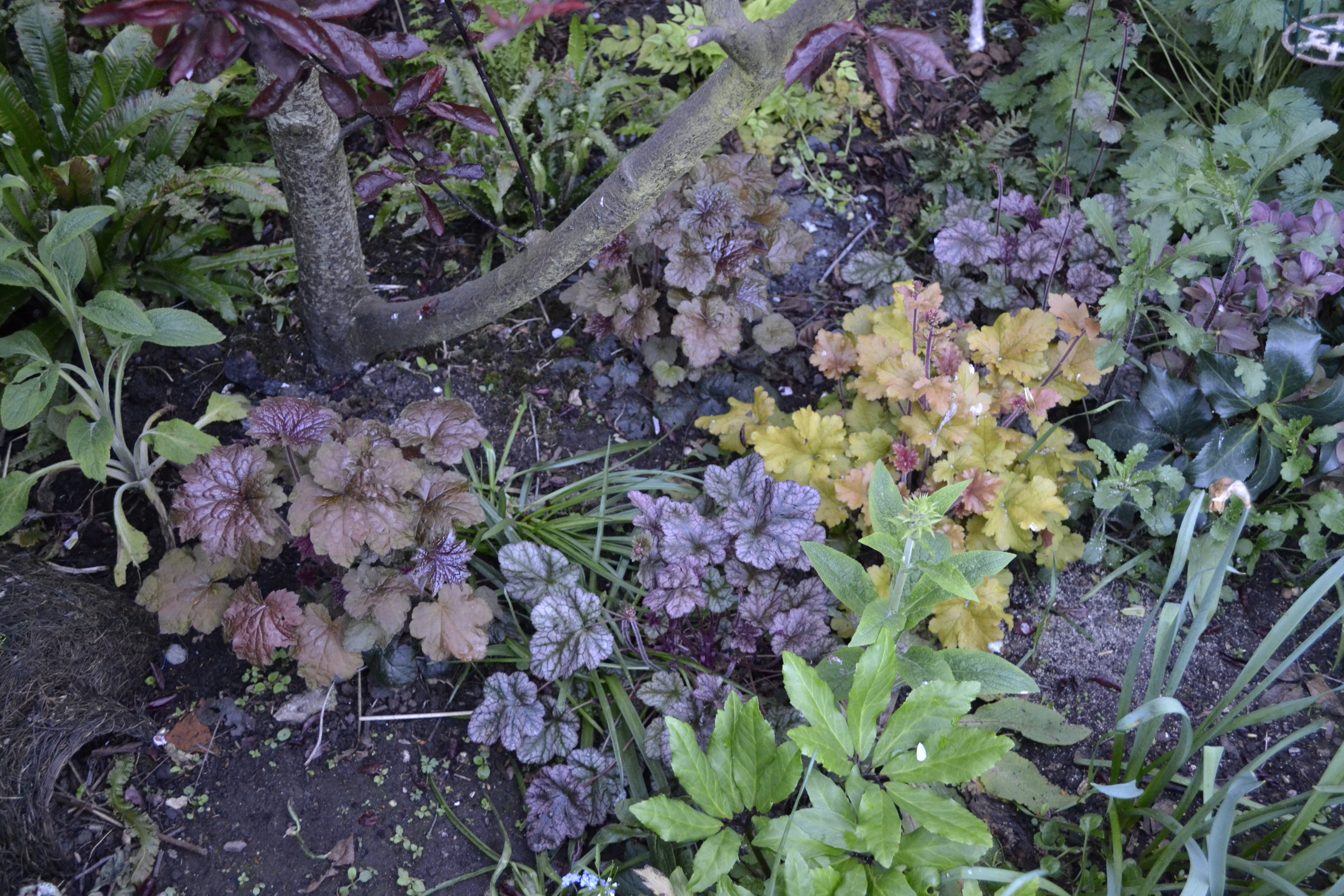 The veined foliage is my favourite. This has been hugging the ground during winter but is shooting up again and looking good. 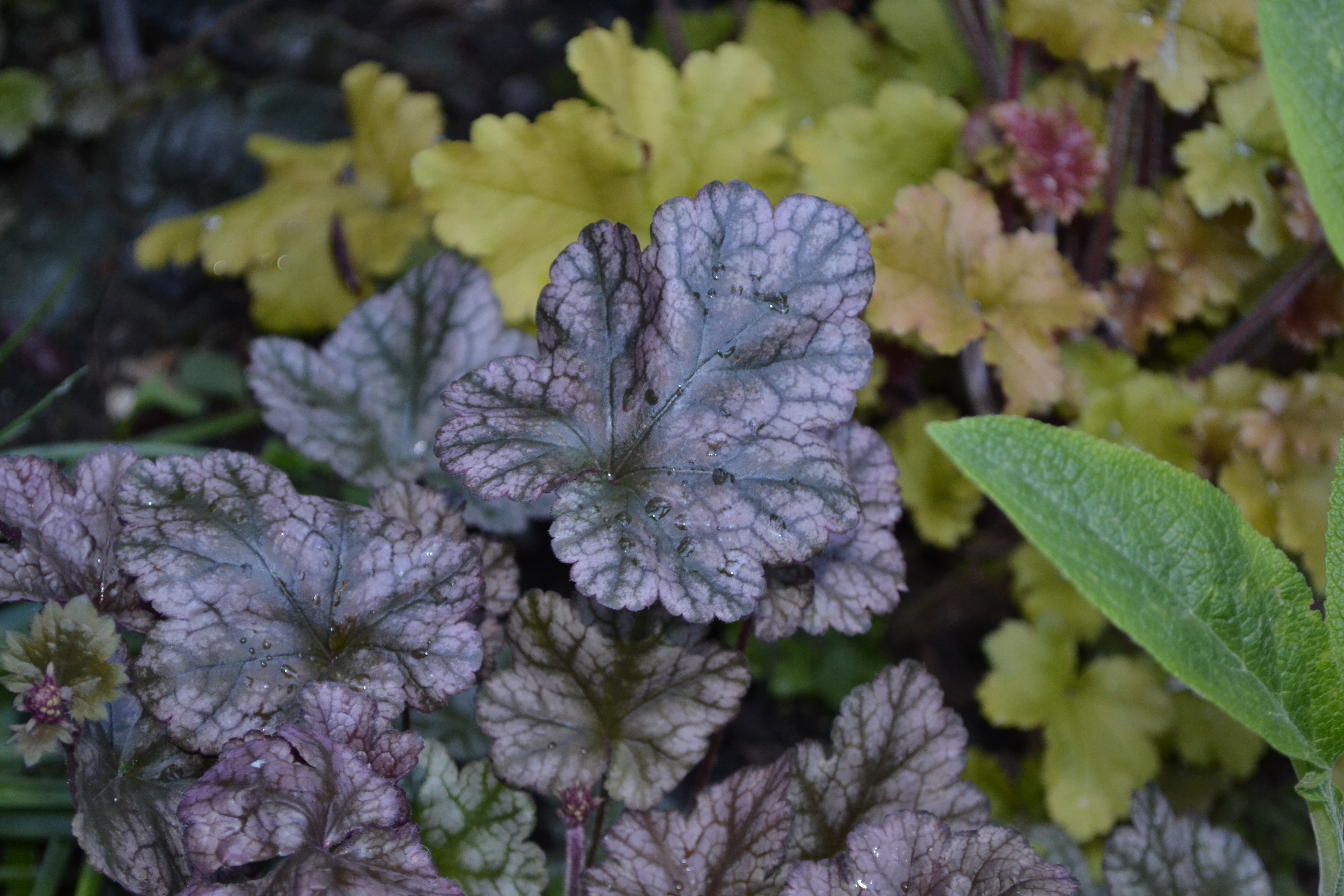 The first of the geraniums are in flower. This phaeum came from divisions through my mums garden. It provides a large mound of ground cover and flowers well through the year. 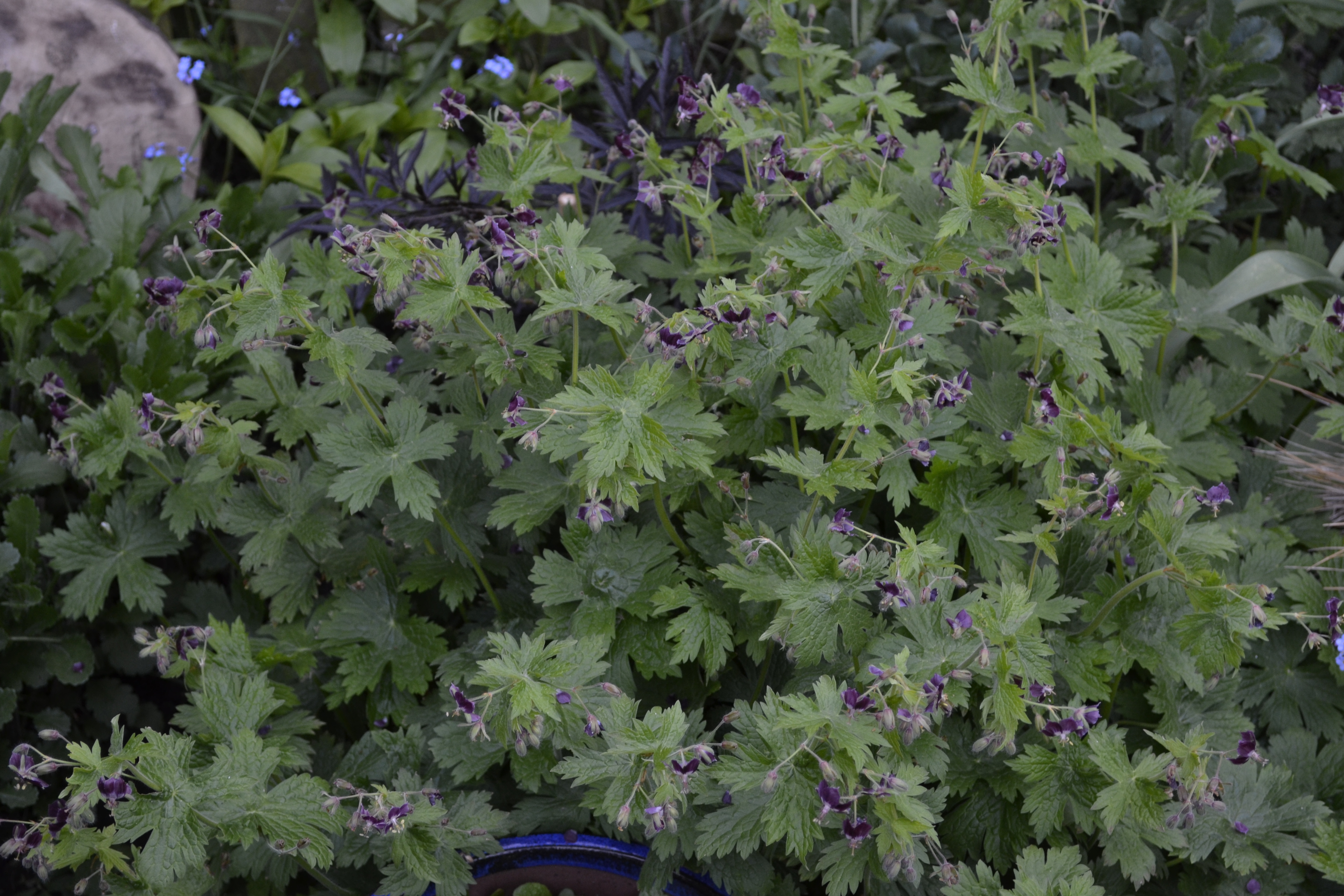 The small flowers are not massively showy but are popular with many pollinators and return through the year. It’s a reliable plant and suppresses a good area of weeds. 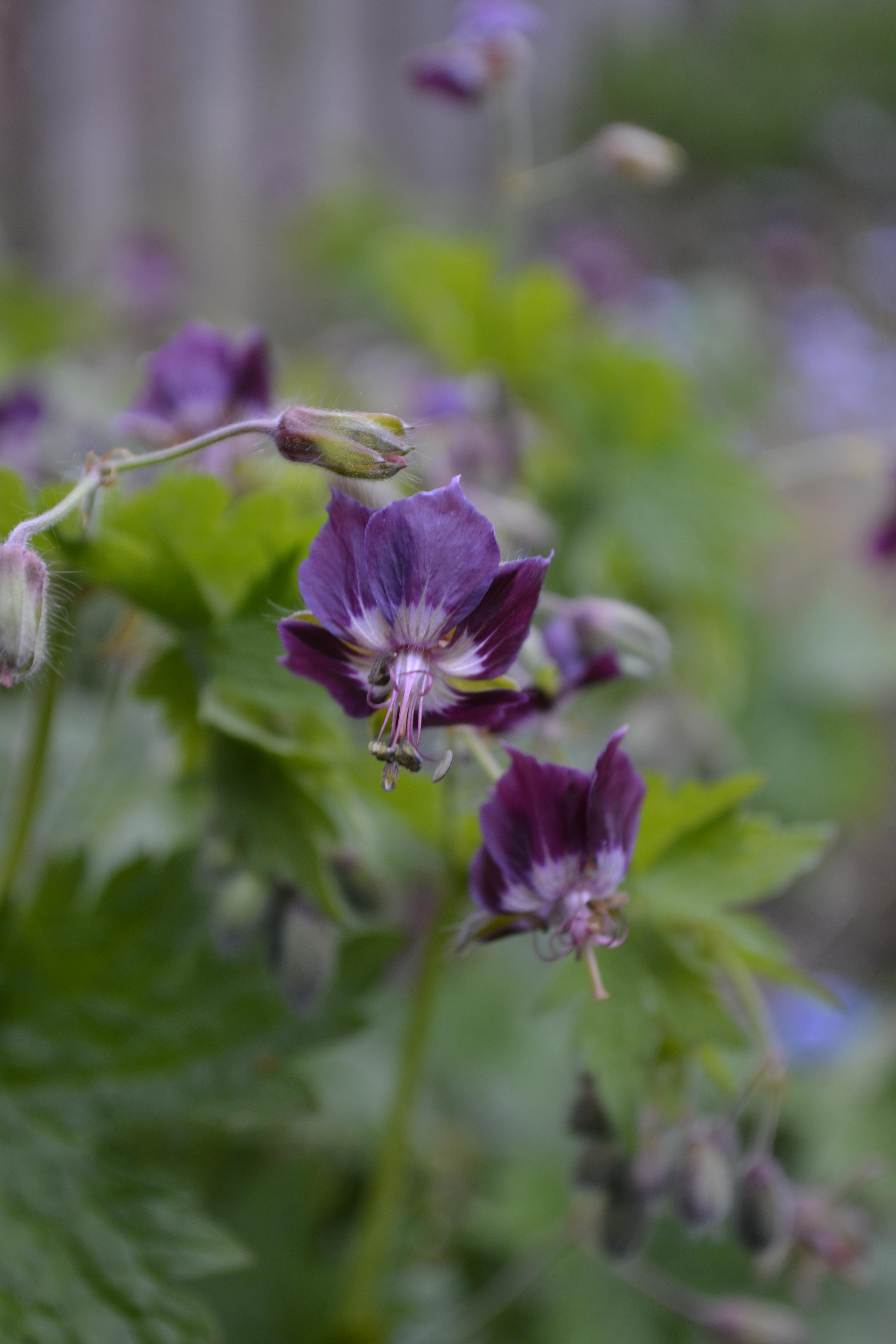 This is the final blast of tulips. These have been in a pot for three seasons and have lost much of their vigour now. These are much smaller than in previous years. After they’ve flowered I’m going to deadhead them and let the energy go back into the bulb. I’ll move them into the border but I don’t expect much from these now. They’ve been delightful shooting out of their pot. Then they open up with their frills. Not as gaudy as the Rocco tulips featured a few weeks back. I could be tempted to get some new ones later in the year. 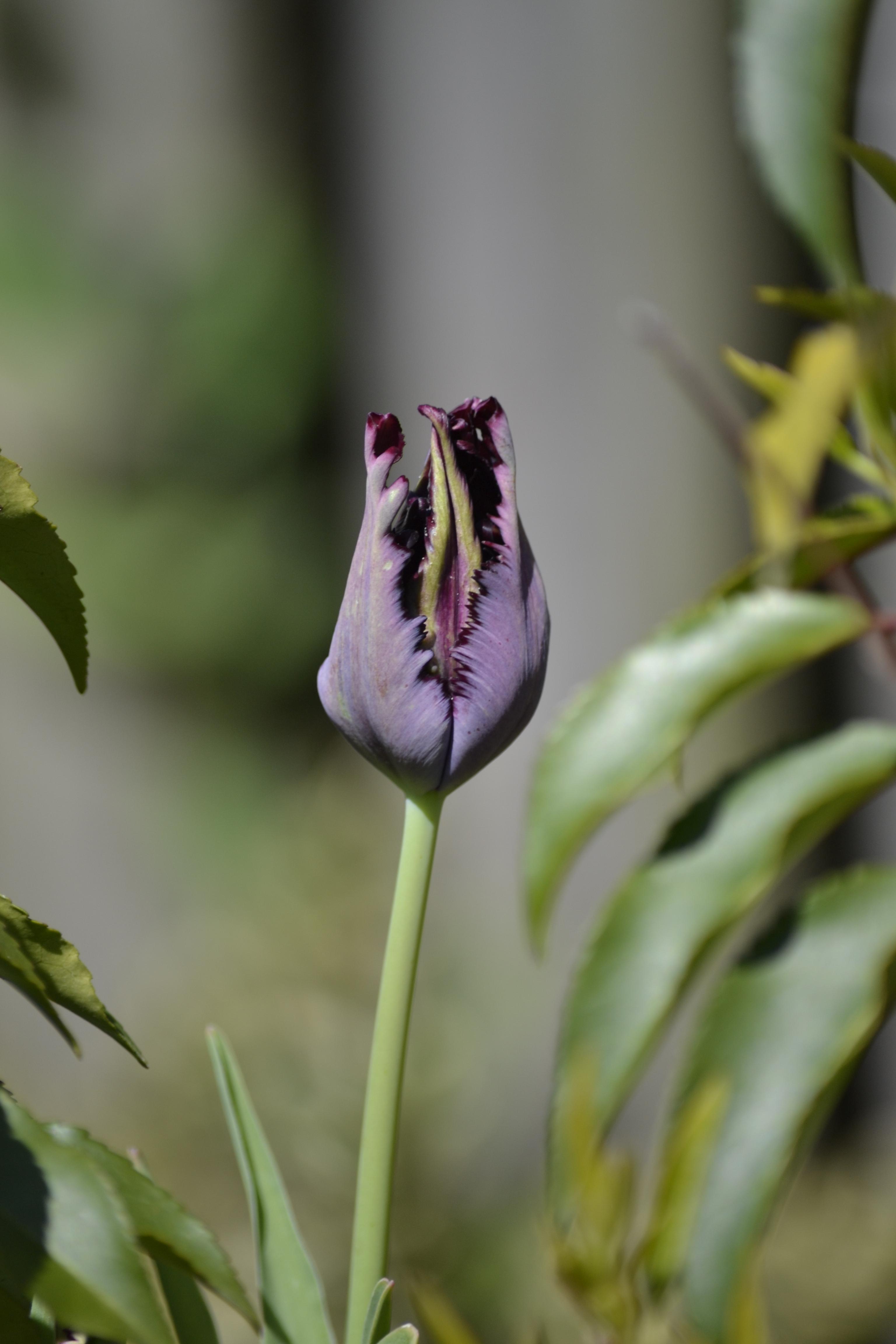 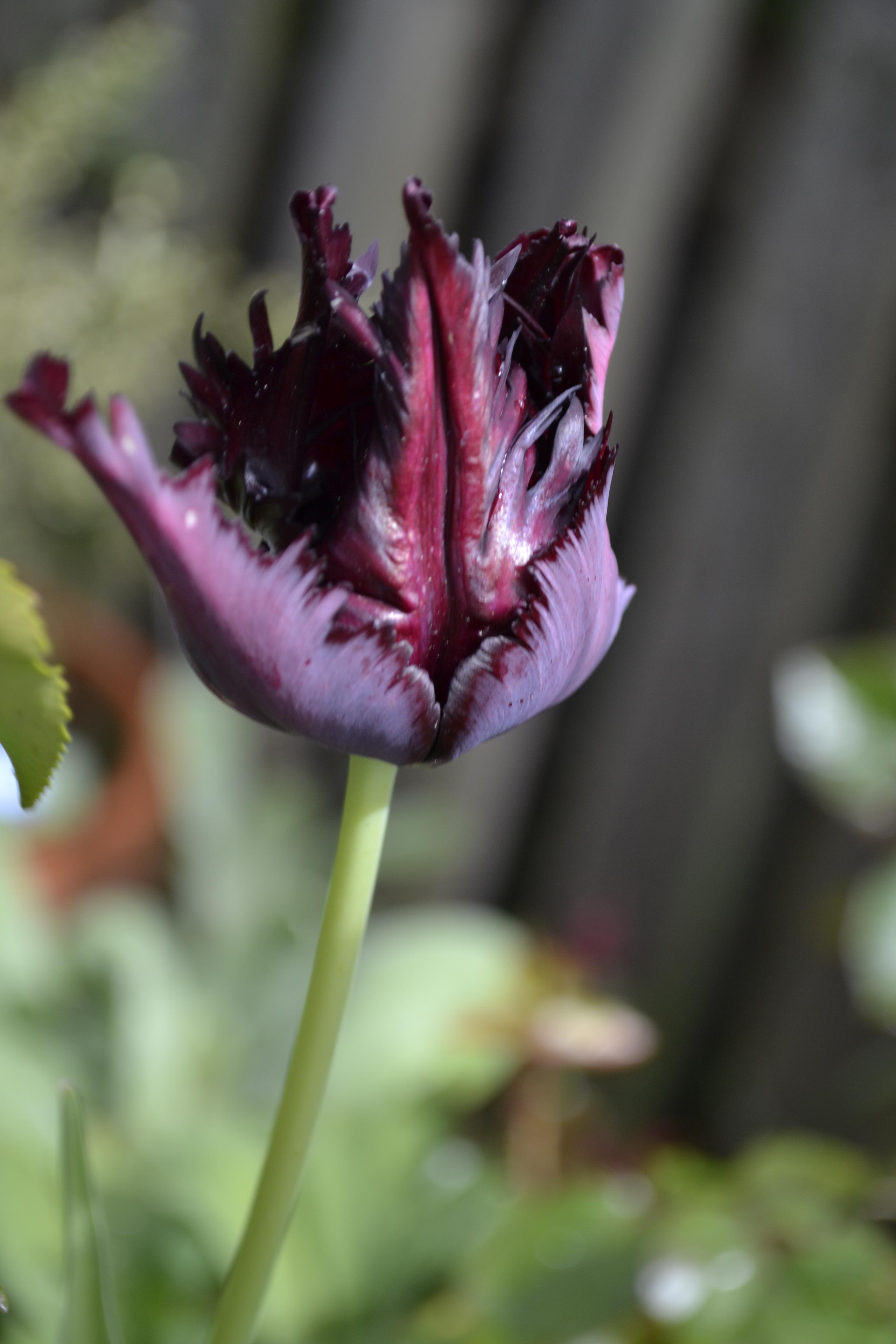 Hope you’ve enjoyed this weeks Alice heavy six. We have a month of community plant sales ahead starting with the Floral Hall plant sale tomorrow. This community project provided me with some excellent bargains last year and I’m hoping for more tomorrow. If you fancy taking part in six on Saturday check the guide. Enjoy your weekends whatever you’re up to.