Last weekend saw a good amount of rain so my gardening efforts were limited to moving a few self-seeders around the border and adding some extra foxgloves. I planted some Japanese Anemone but bare earth doesn’t make for an interesting six. I’m not feeling to well so don’t intend to do much beyond contemplating the front garden plans.

The daffodils flower in a ribbon across the garden over a few weeks with the sunnier borders flowering first and the shadier bench area flowering last. I’m not a massive fan of the daffodils but Amy likes them and they come up reliably with little to no effort on my part.

The first patch was planted in the first year and are pretty well established now. 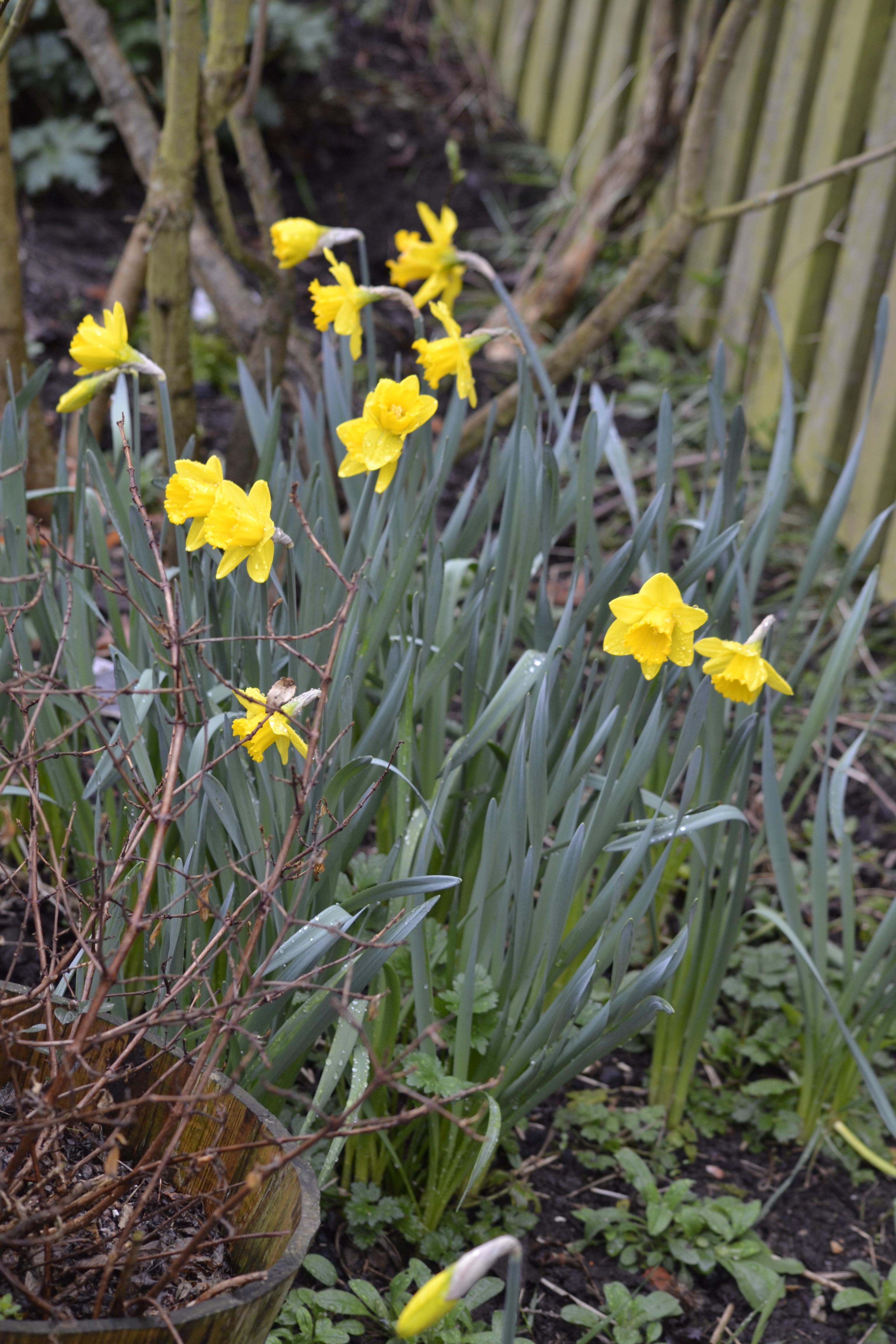 I added a few patches of smaller varieties to the border too. Quite pretty but none of the fried egg variety I like have flowered yet. 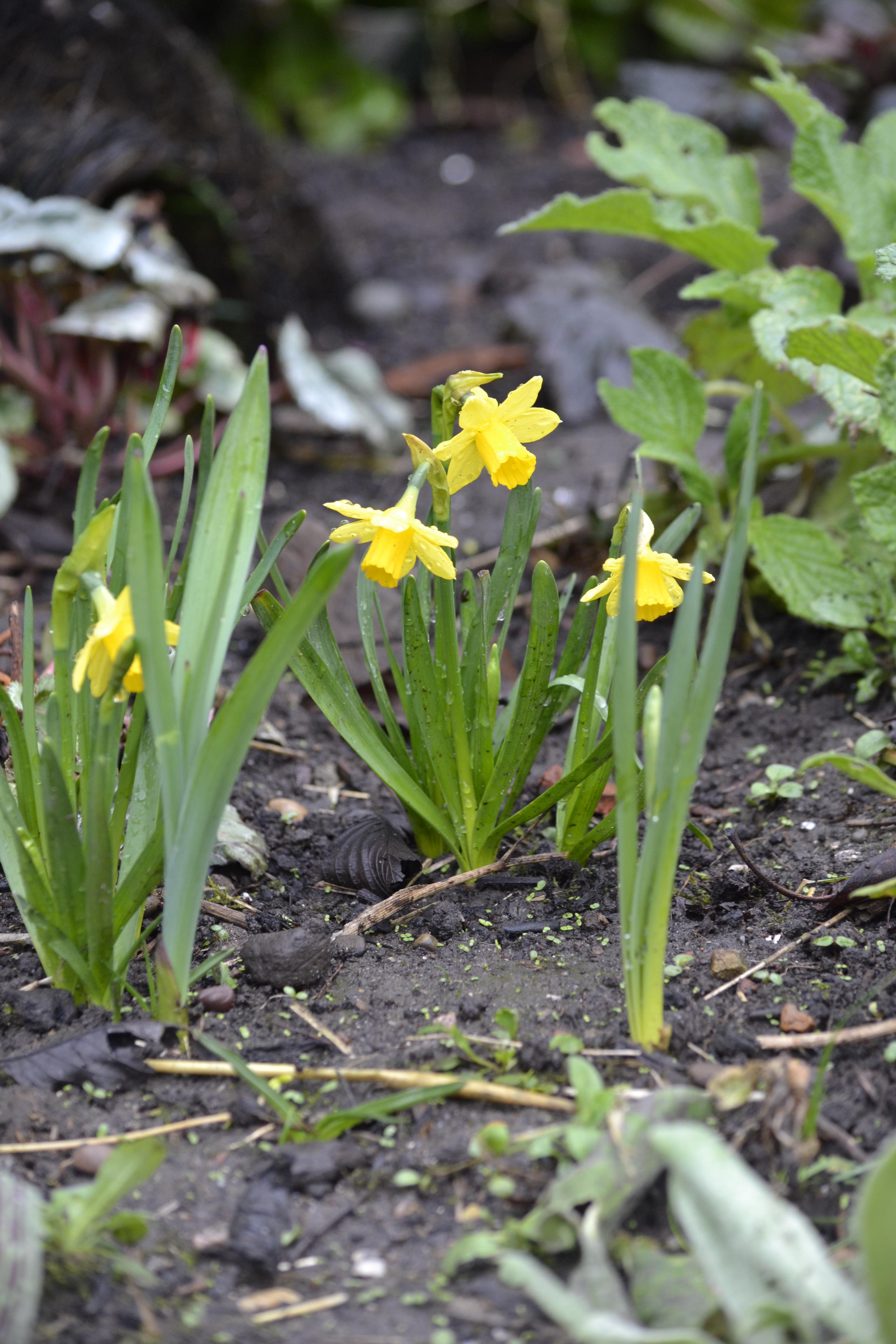 I have a few established patches of foxgloves, some grown from seed last year and some self-seeded in the border. However, I still don’t feel there are enough so I’ve added a few more. If I end up down near the florist/pet shop later I will probably get a few more. These two have been placed around the hollyhock with the lupins in front. Should be a good classic cottage garden combination. But again, it probably needs a third as these things work better in threes or more. 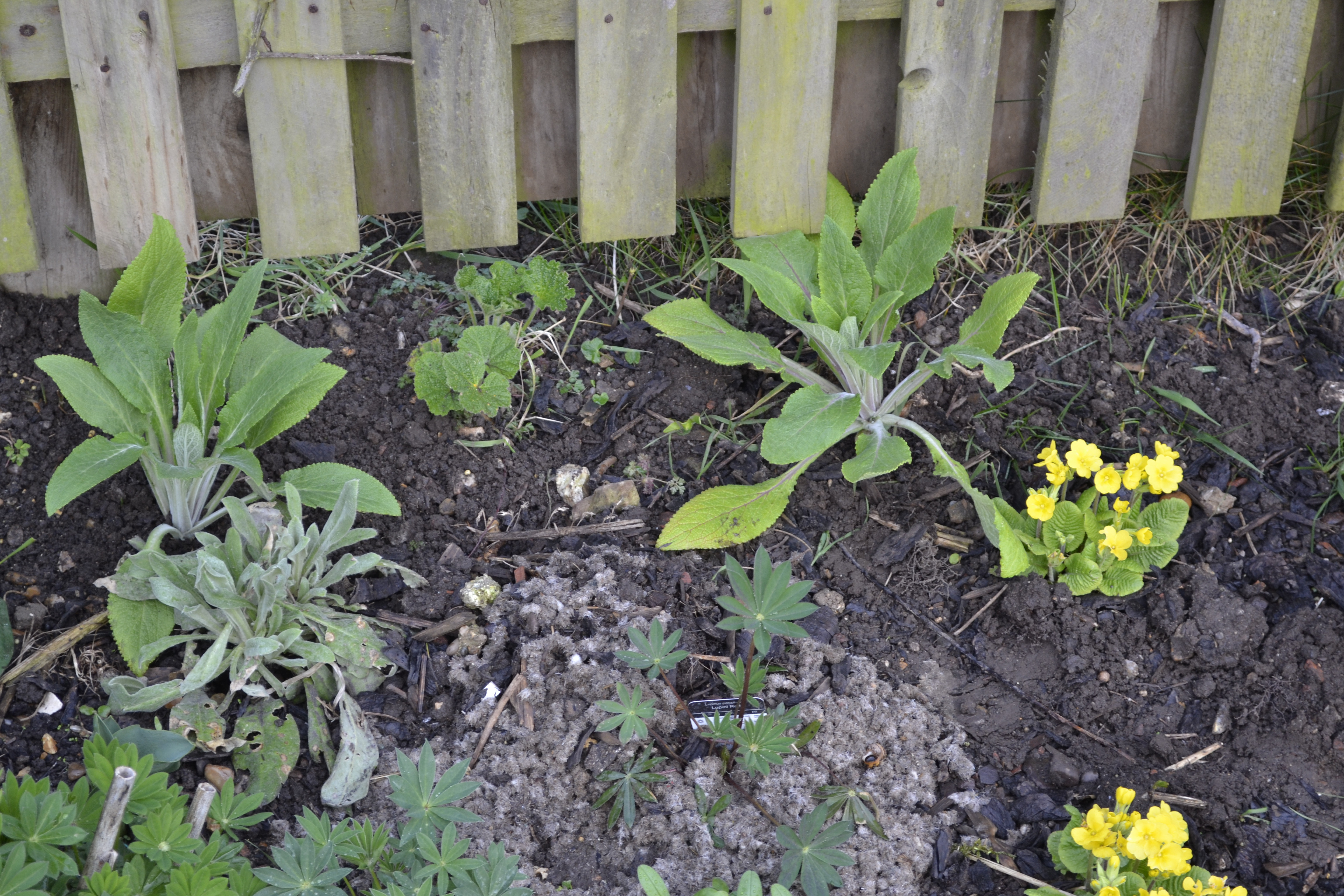 As mentioned already, I have spent time moving some of the self-seeders around the border. Forget me nots form a carpet on one border so I moved a few to the opposite border. They were one of the first plants I added to the border when I moved in. Three small patches became a mass carpet but that’s how I like it. Every so often I rip large handfuls out and they return again to fill any spare gaps I leave. 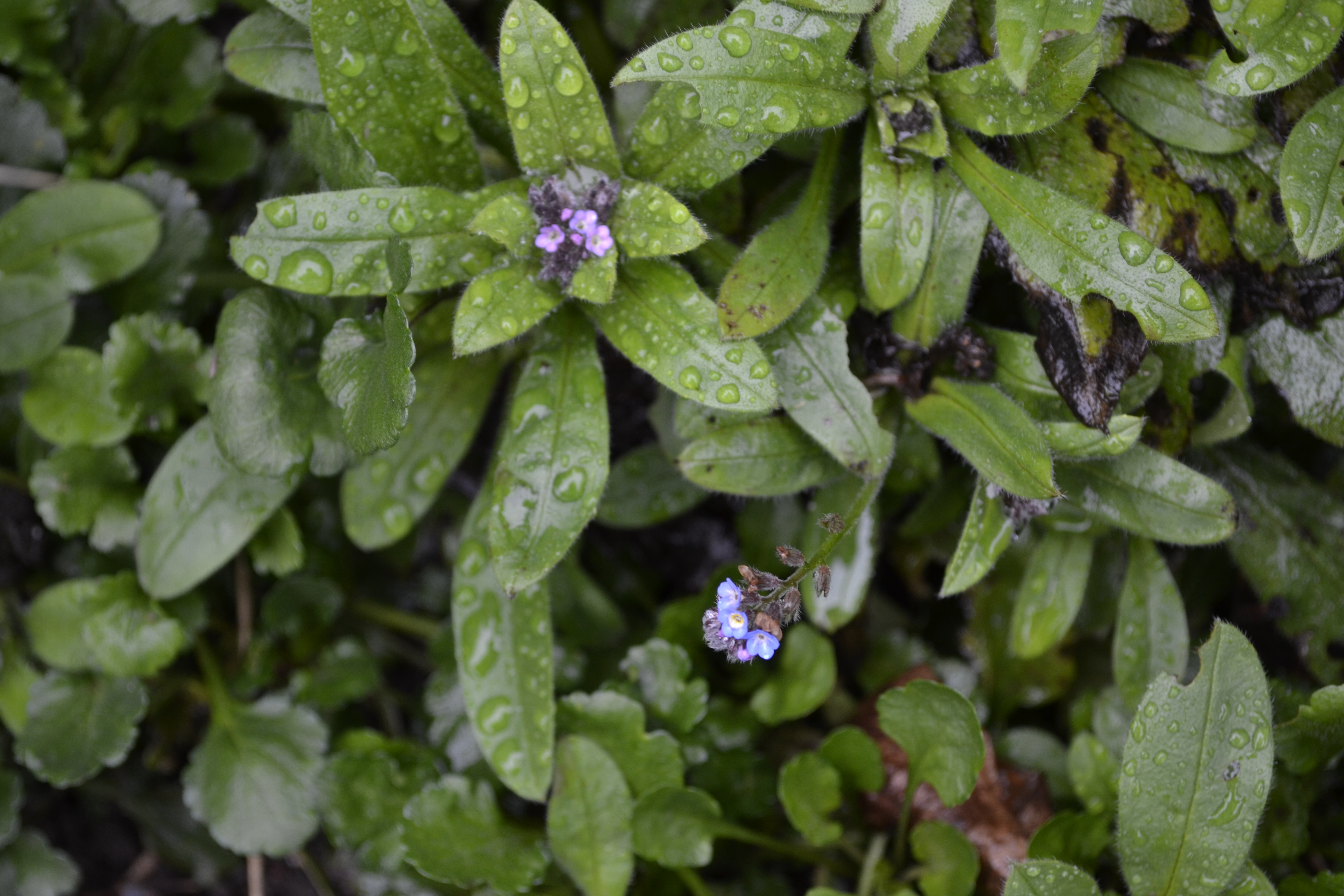 The lilac is a sold part of the background of the garden near the bench. It has leapt rapidly to life over the last few weeks with buds coming on quickly. Between the lilac and honeysuckle, this corner is one of the best for scent. 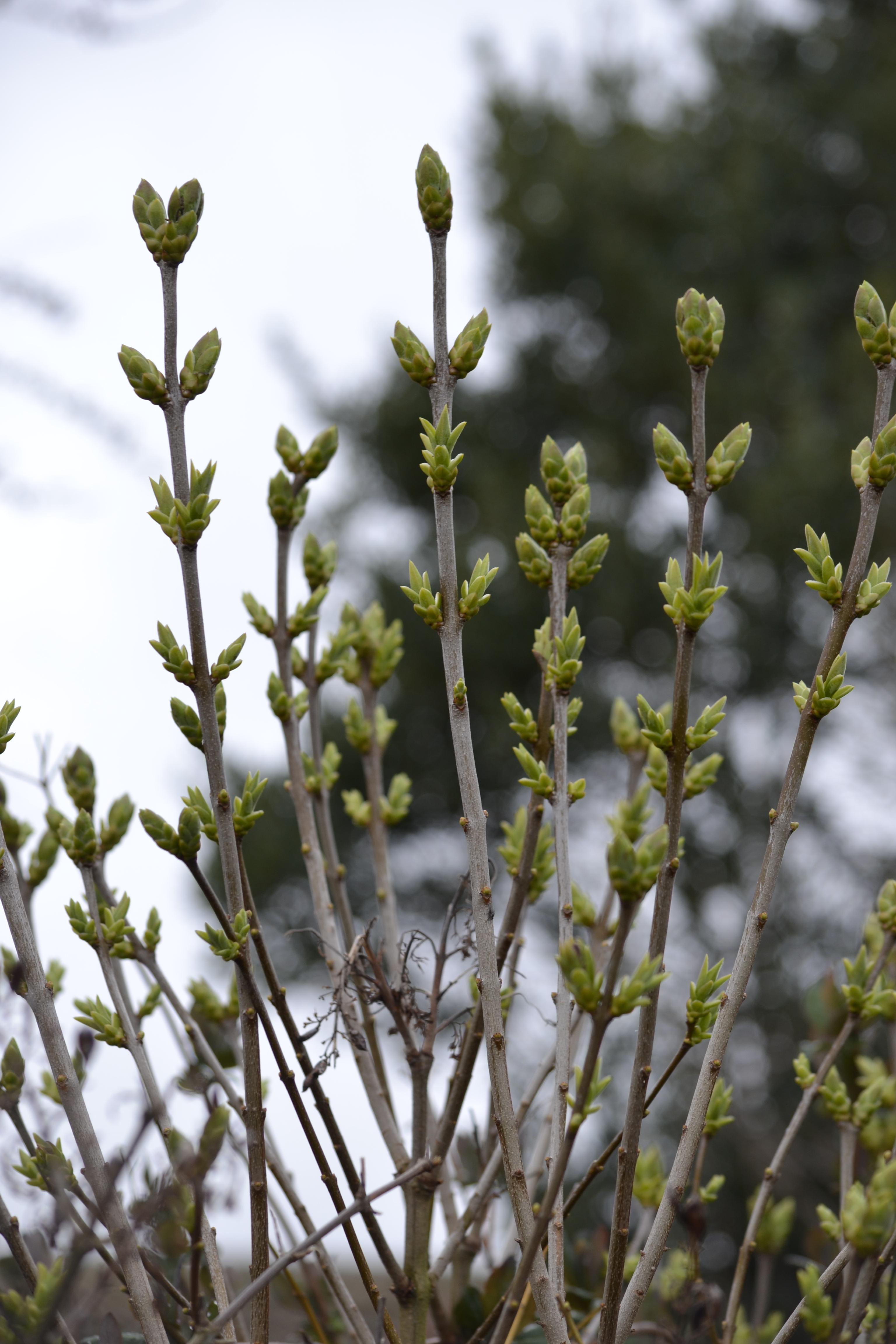 Last year I planted muscari in pots and then moved into the border after flowering. I’d forgotten about these so it was a nice surprise to see one poking up. It is, however, the only one I’ve seen so we’ll see whether anymore appear. 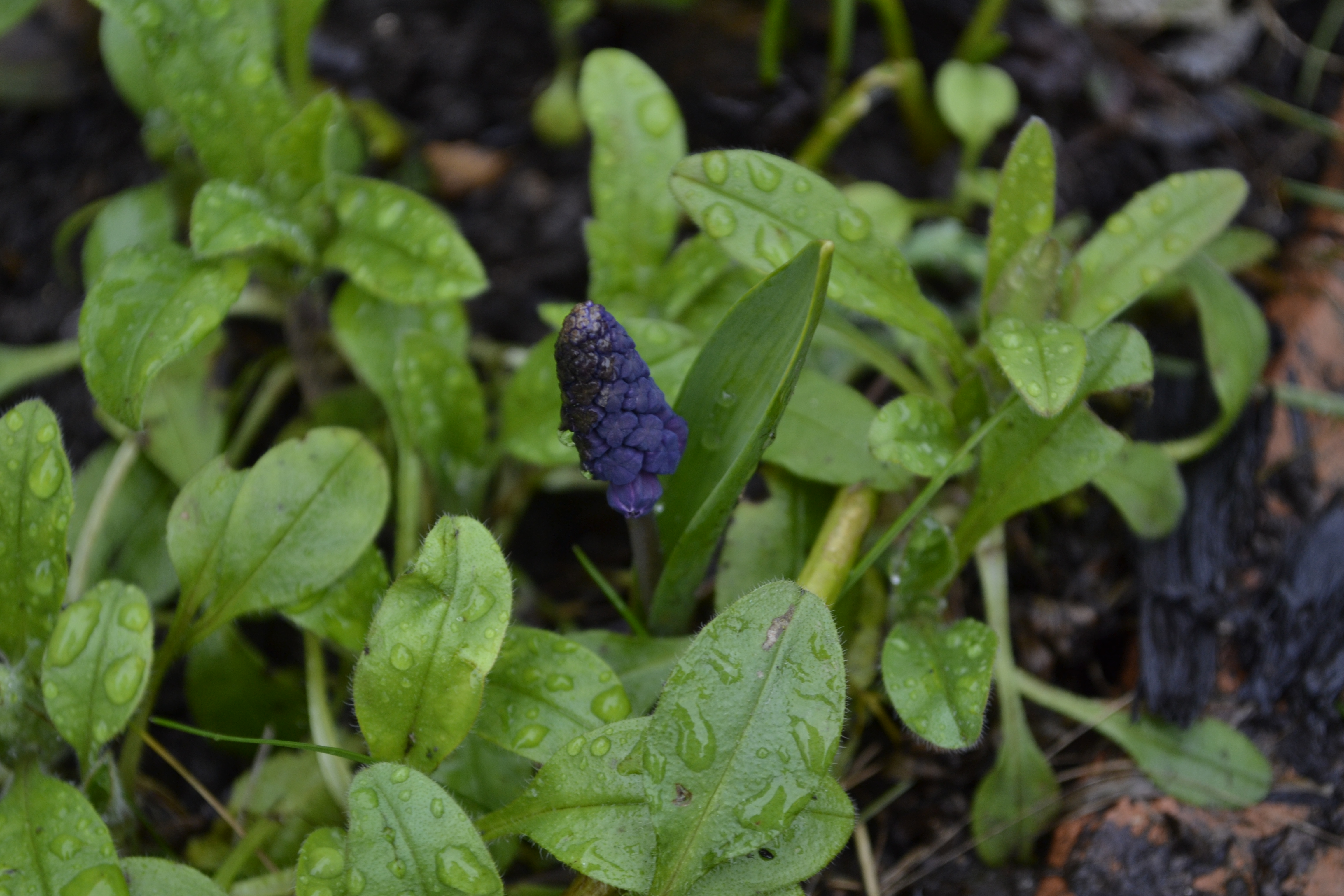 I’ve been unsure of what the red-leaved tree at the bottom of the garden is so I opened up the question on Twitter. The consensus was a prunus of some variety possibly black cherry. Either way, it has a handful of little blossom flowers that are rather stunning. Though not enough that I’m going to stop pruning it back each year as it could reach twenty feet. Though admiring the blossom all around it would be nice if we made as much fuss as the Japanese. Well worth celebrating. 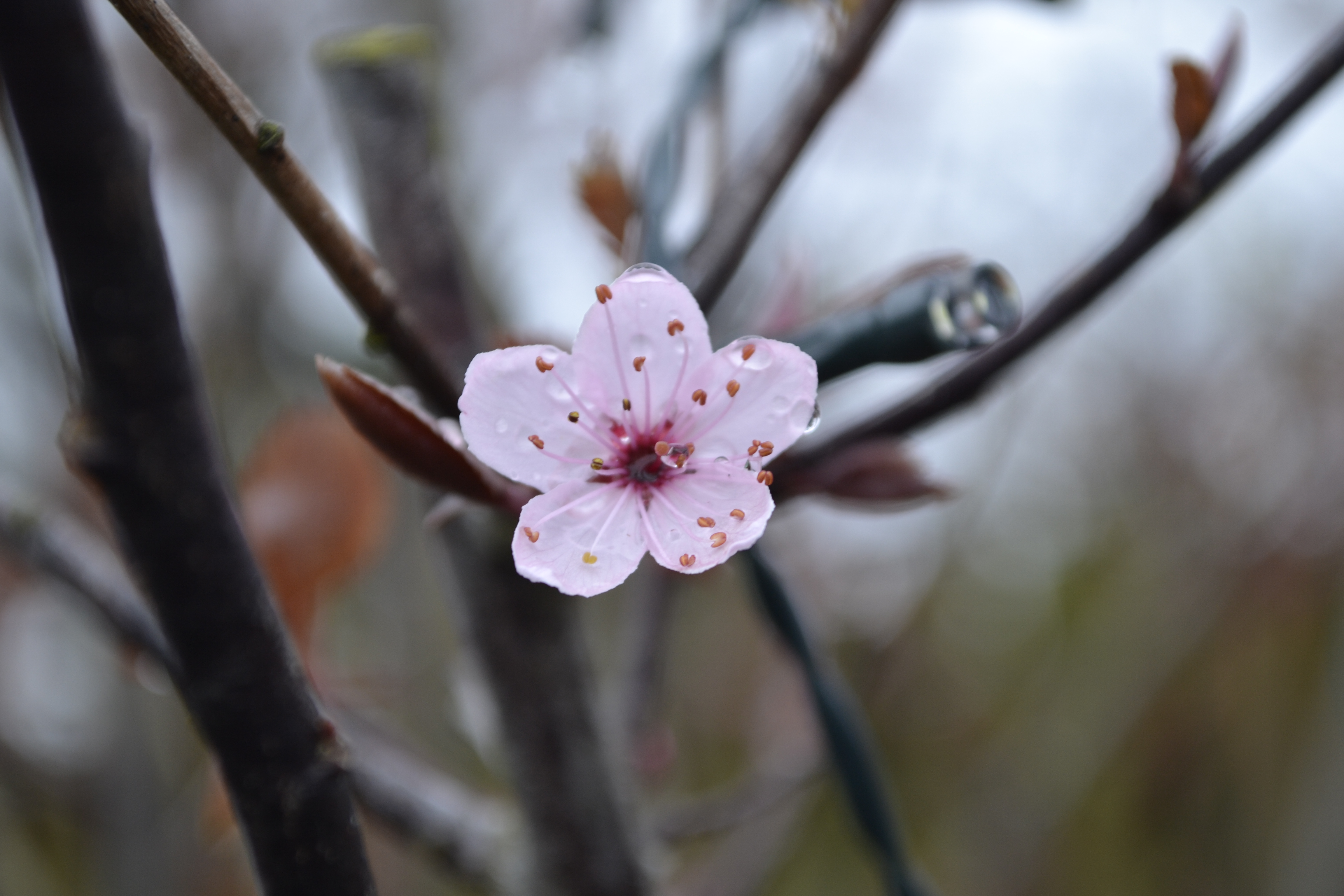 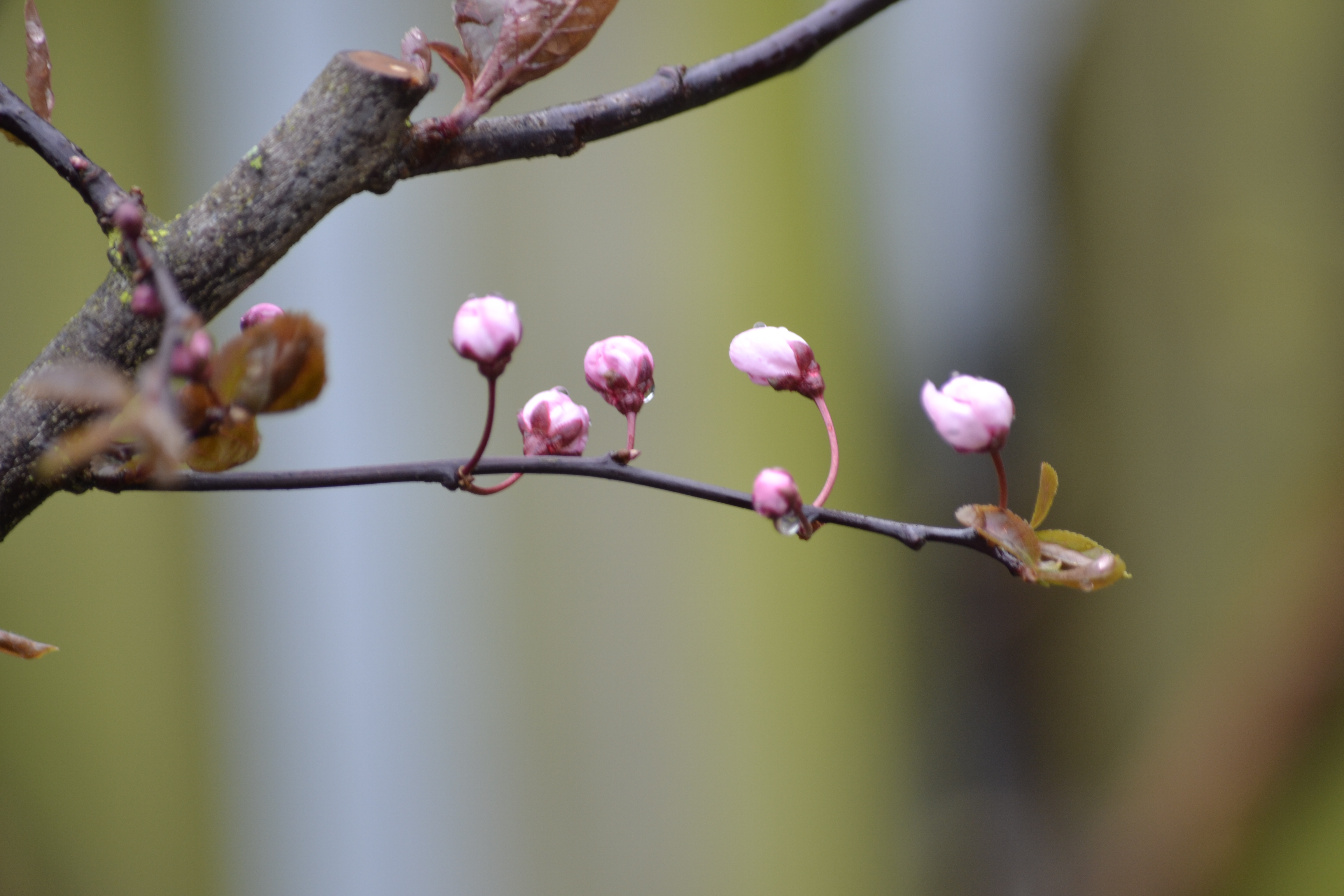 Tomorrow is my birthday. So, next weeks six will hopefully be featuring new gardening gifts. Failing that if I haven’t received six gardening gifts I will have to gift myself the difference.

Check the guide to take part in six on Saturday.