This week my school got the phone call all teachers dread, the Ofsted phone call. So Monday was a mass amount of activity at work checking and rechecking our provision, which is absolutely fine, but this is what happens when you get the call. So come Wednesday I was ready for a bit of a rest. I managed to plant two new plants shared in today’s #SixonSaturday.

Asda provided me with the plant formerly known as Dicentra spectabilis, but now known as Lamprocapnos spectabilis. Or stick with the easier name bleeding heart. While it’s looking a bit dehydrated with the warm weather this week it did have an excellent root network. Many of the supermarket purchases have been a bit poor on this front, but this looks good. 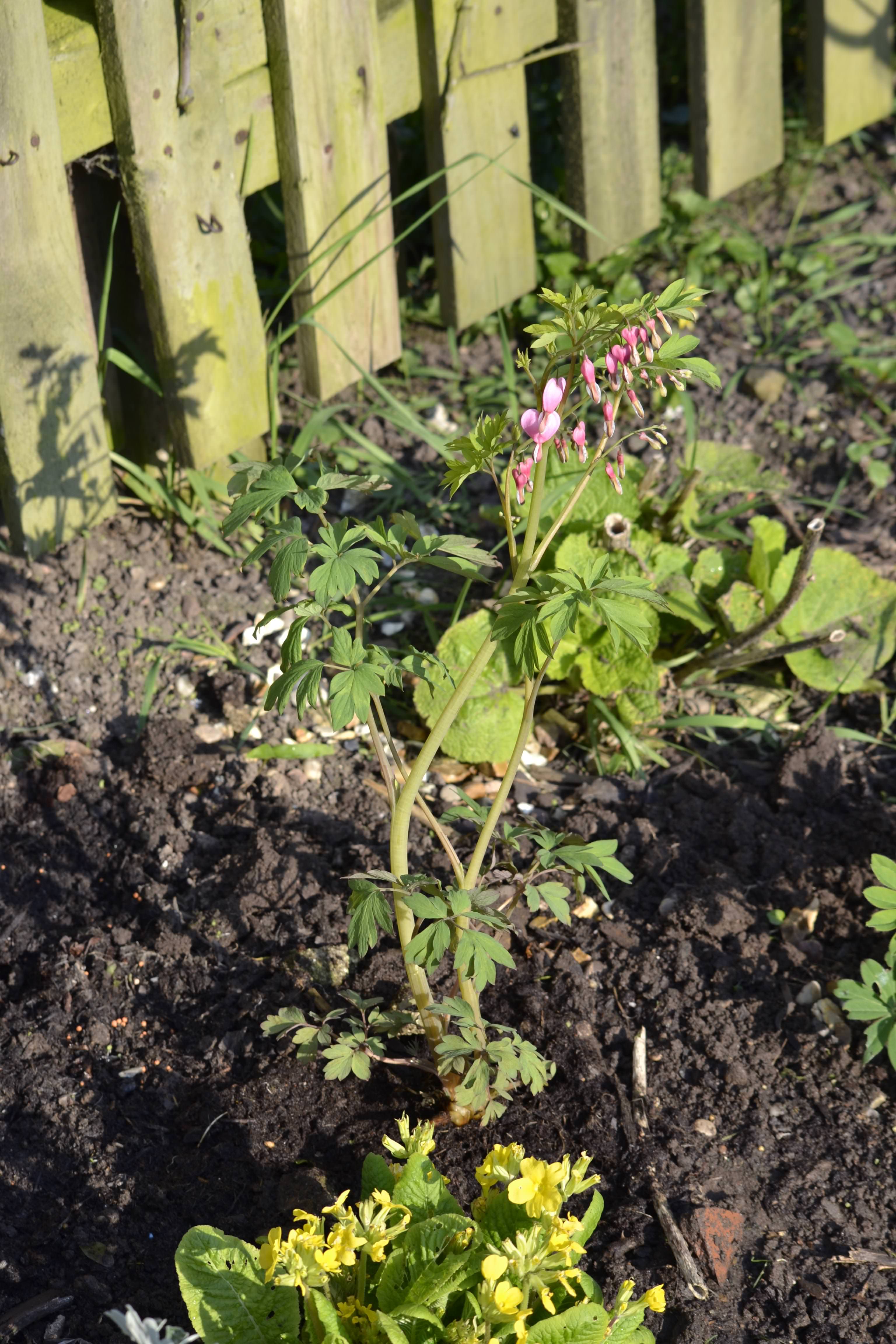 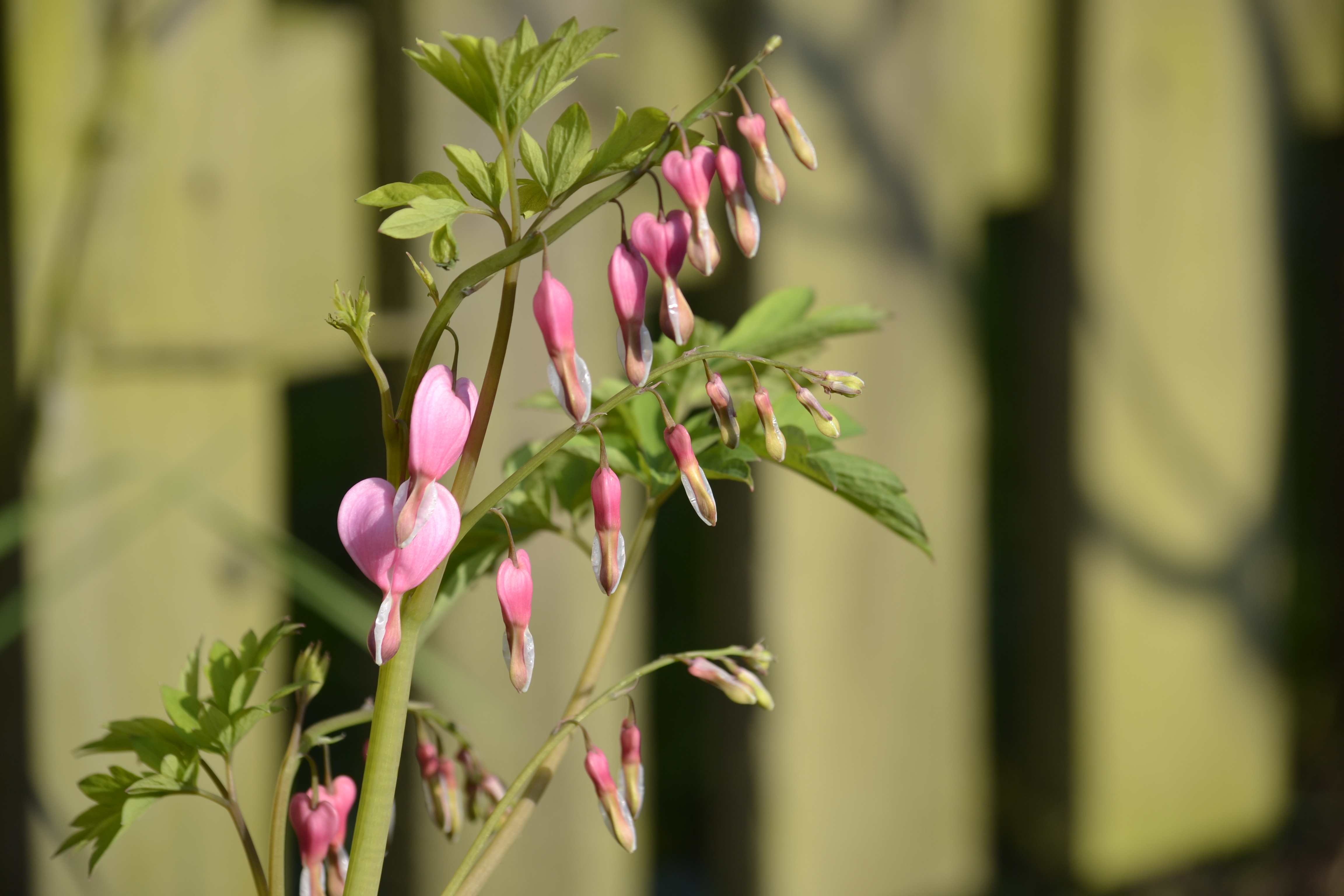 Continuing on from previous weeks I’ve added one more climber, again as with the Jasmine I’m pushing for scent with a honeysuckle Belgica, more commonly known as early Dutch Honeysuckle. I already have a wonderful patch of honeysuckle, but it’s behind a tree and I only get to enjoy the scent when pruning or weeding near it. Generally while getting spiked by other things. They can go a bit rampant, but the other patch I just give one prune a year and it’s at a time when I don’t have much else to do in the garden. I also quite enjoy pruning the honeysuckle as it isn’t a job I do with a great degree of care. Again this has come from Asda and seems to have a decent root network and been reasonable looked after. 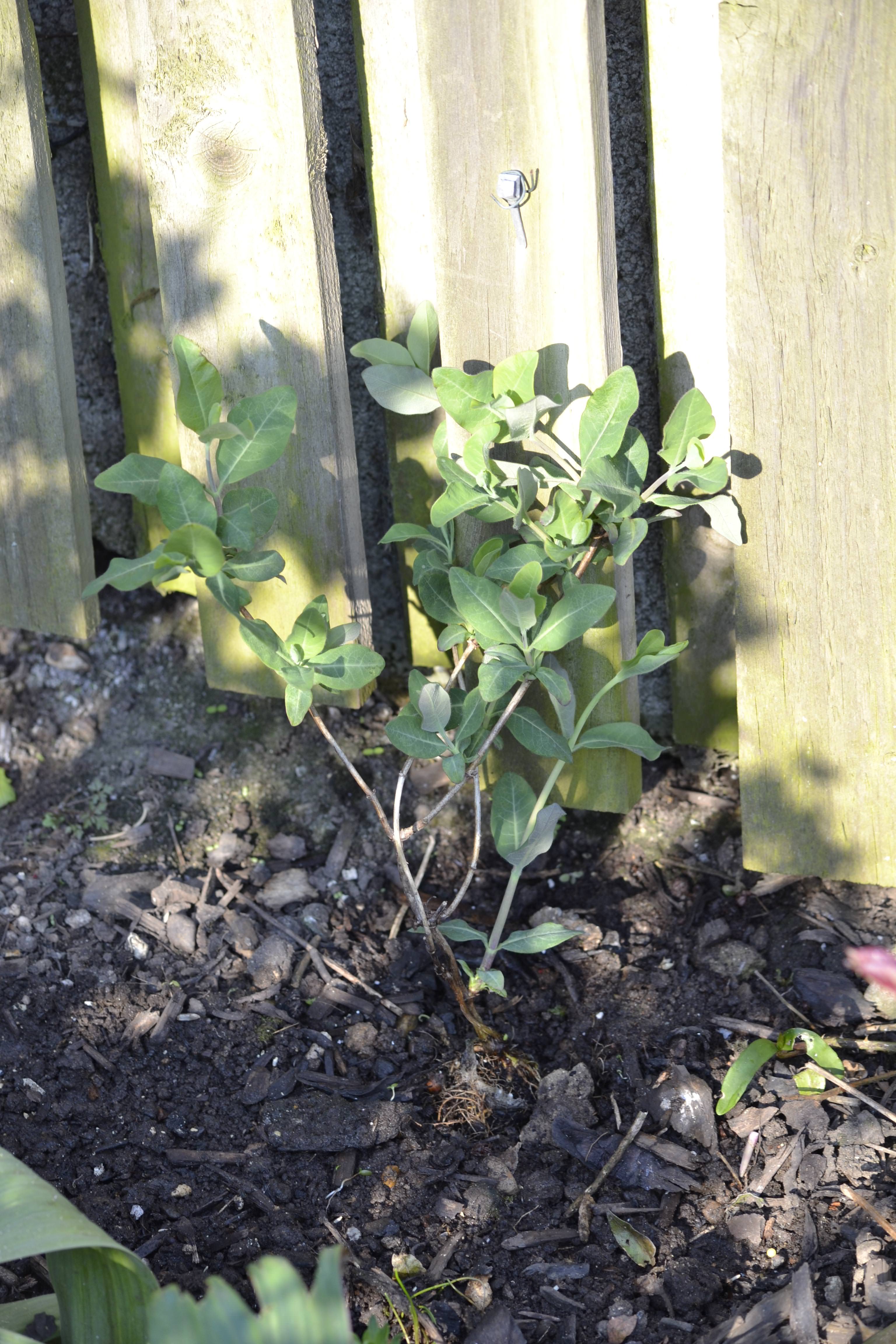 Next is Victorian Lace primrose. These were a present last year for my birthday. While I probably wouldn’t have bought them for myself there pretty enough if a bit isolated at the moment. 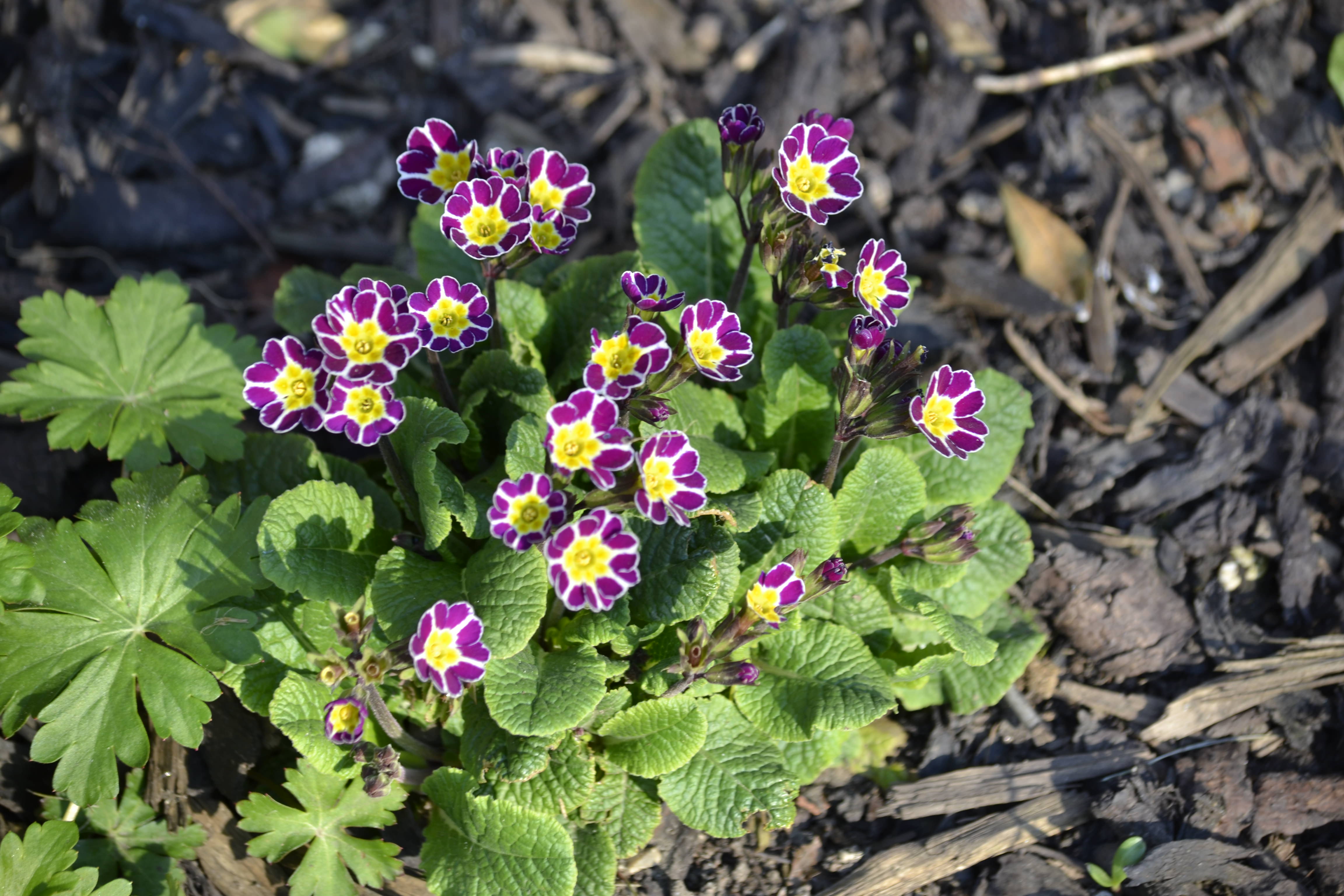 The muscari have finally decided to do something after seeing lots of other six on a Saturday posts flowering. It’s my first year growing them. My mum bought me a pack of bulbs last year. There pretty enough, but feel I probably need something else in the pot with them for some impact. I had in my head that they grew a bit bigger, so these tiny little blue burst seem a bit feeble at the moment. I think they need mixing up with something else next year. 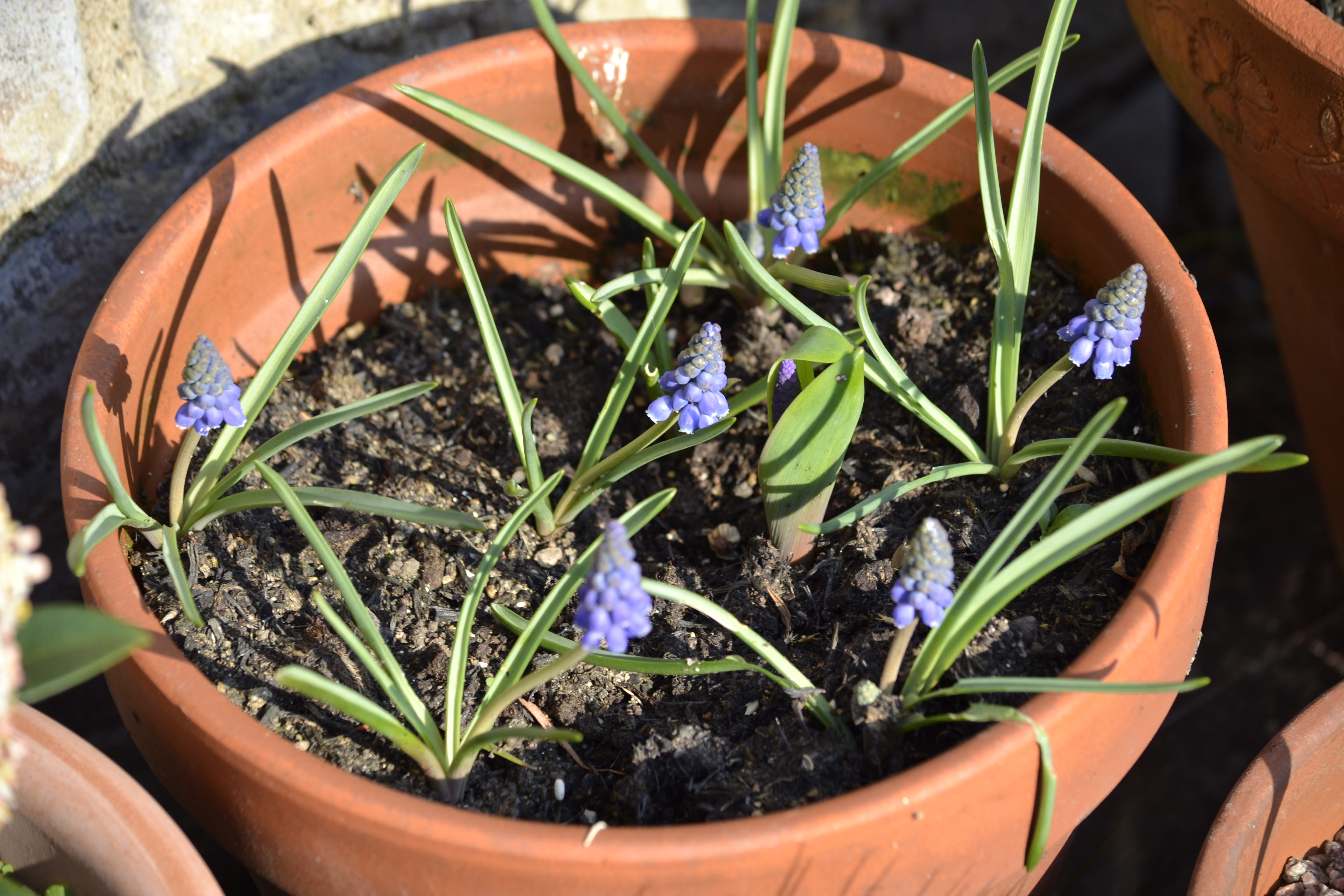 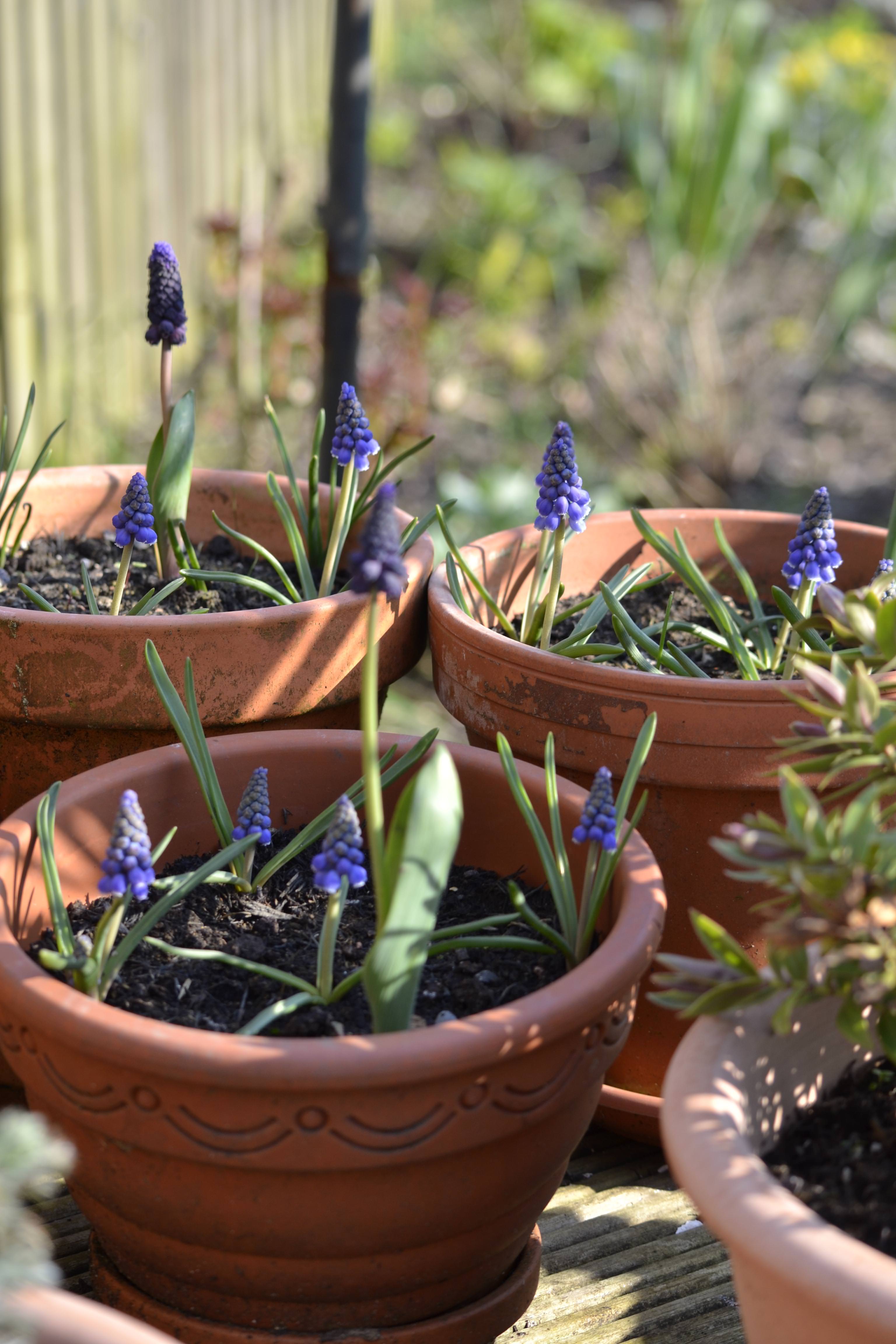 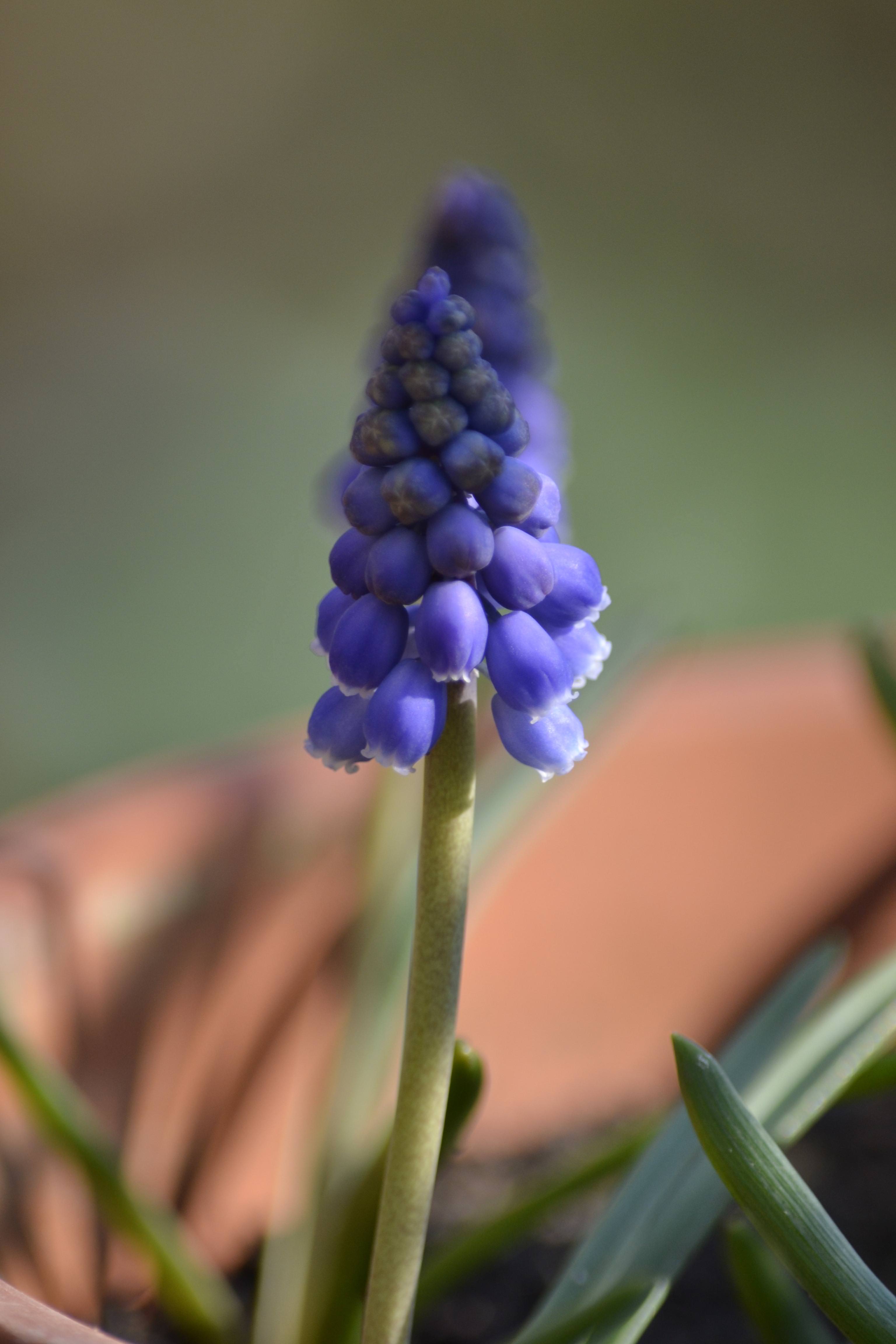 After many months of only needing to water newly planted additions we have had a week of sunshine making watering necessary. At the moment just looking at a good soaking once a week for the border and pot plants I’ve done twice. Alice wanted “more water” though. So we made sure the bird baths and hedgehog bowl was filled. 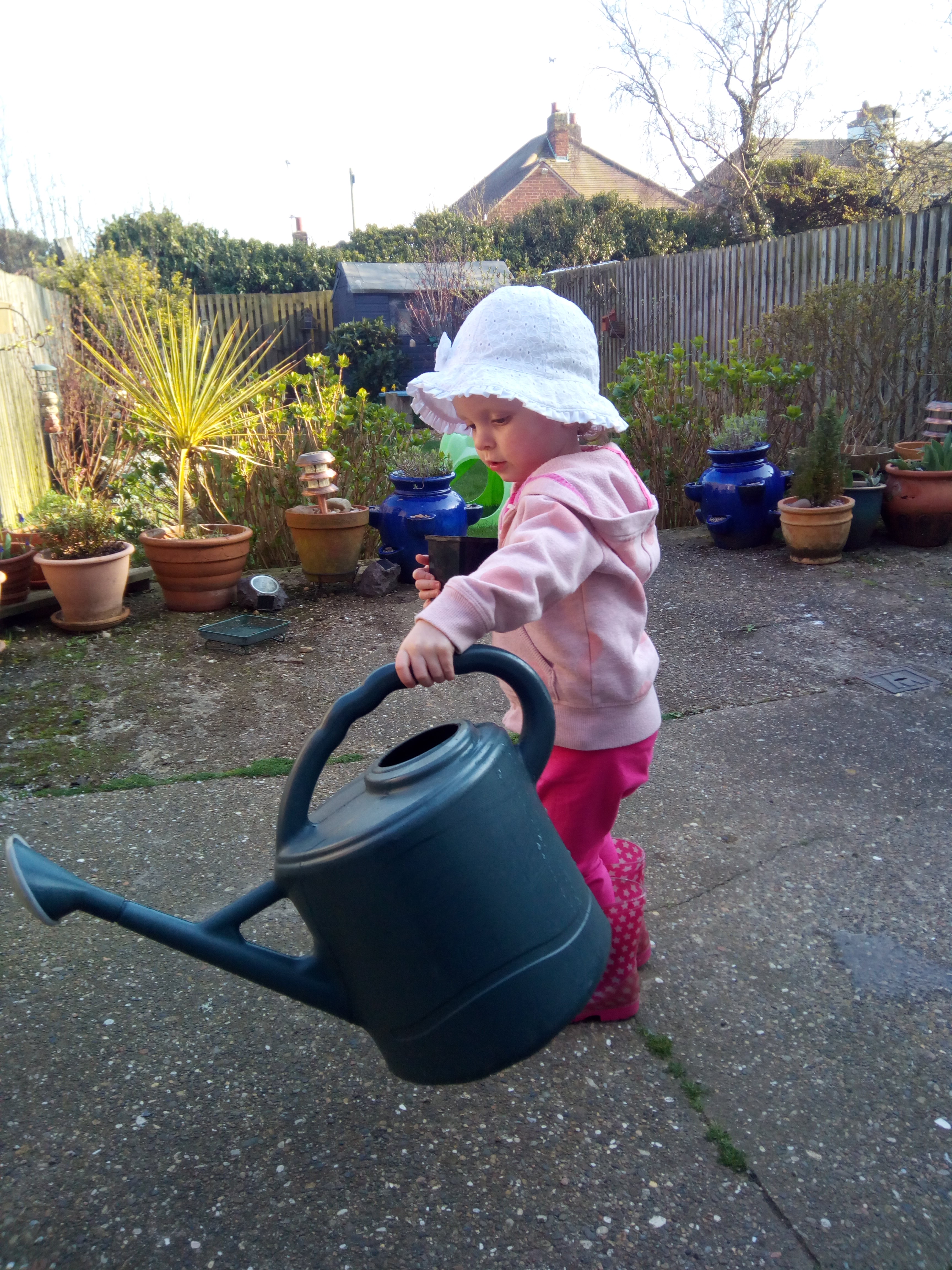 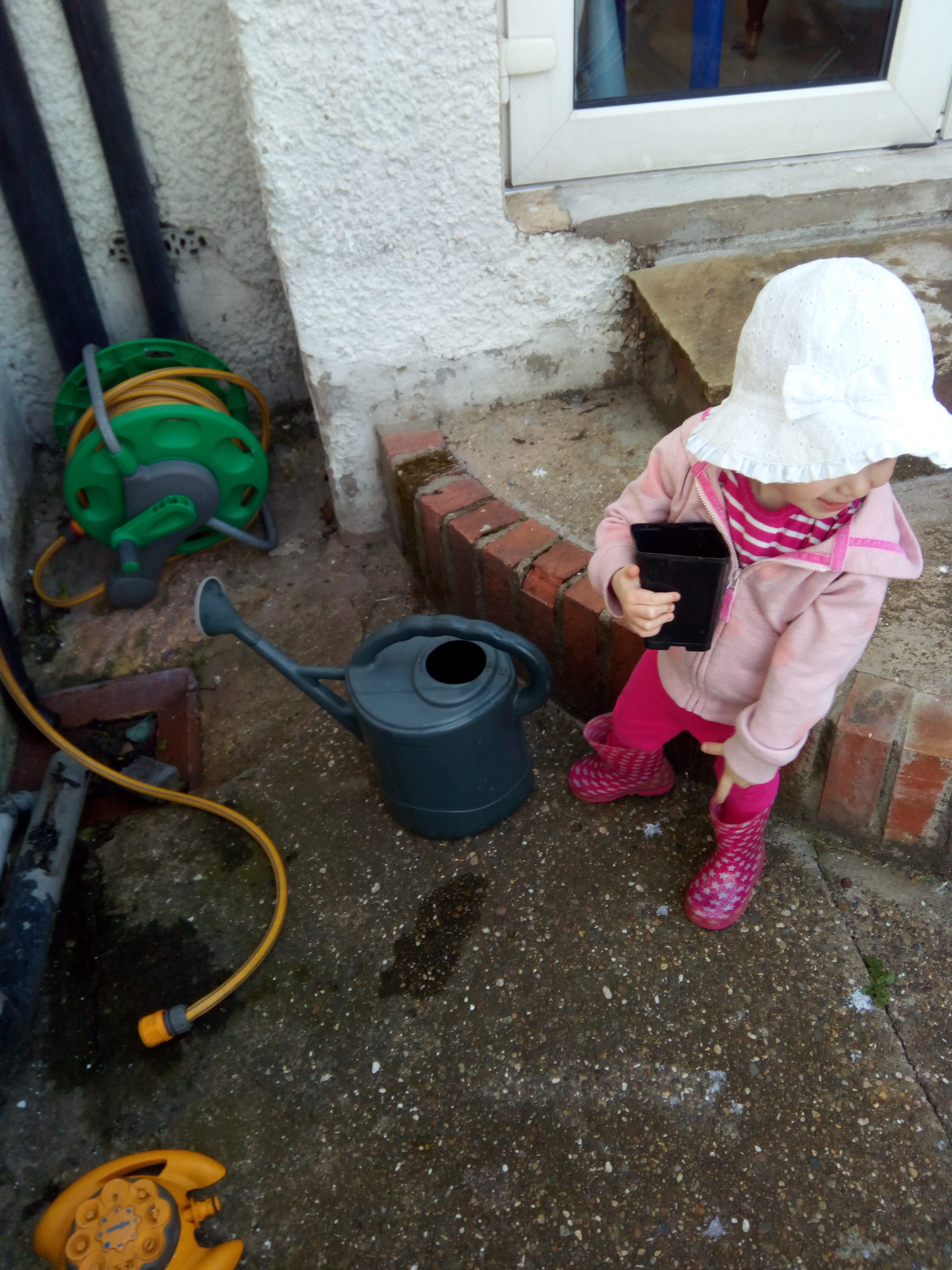 Rather than using my standard bamboo canes for support I’ve bought willow canes this year. The idea being they are sustainable and native grown lowering my carbon footprint in the garden. So rather than importing Eastern bamboo of various quality I’m going to give these a go. I think they look more attractive than the bamboo. I’m going to try the sweet peas up a wigwam frame of these. 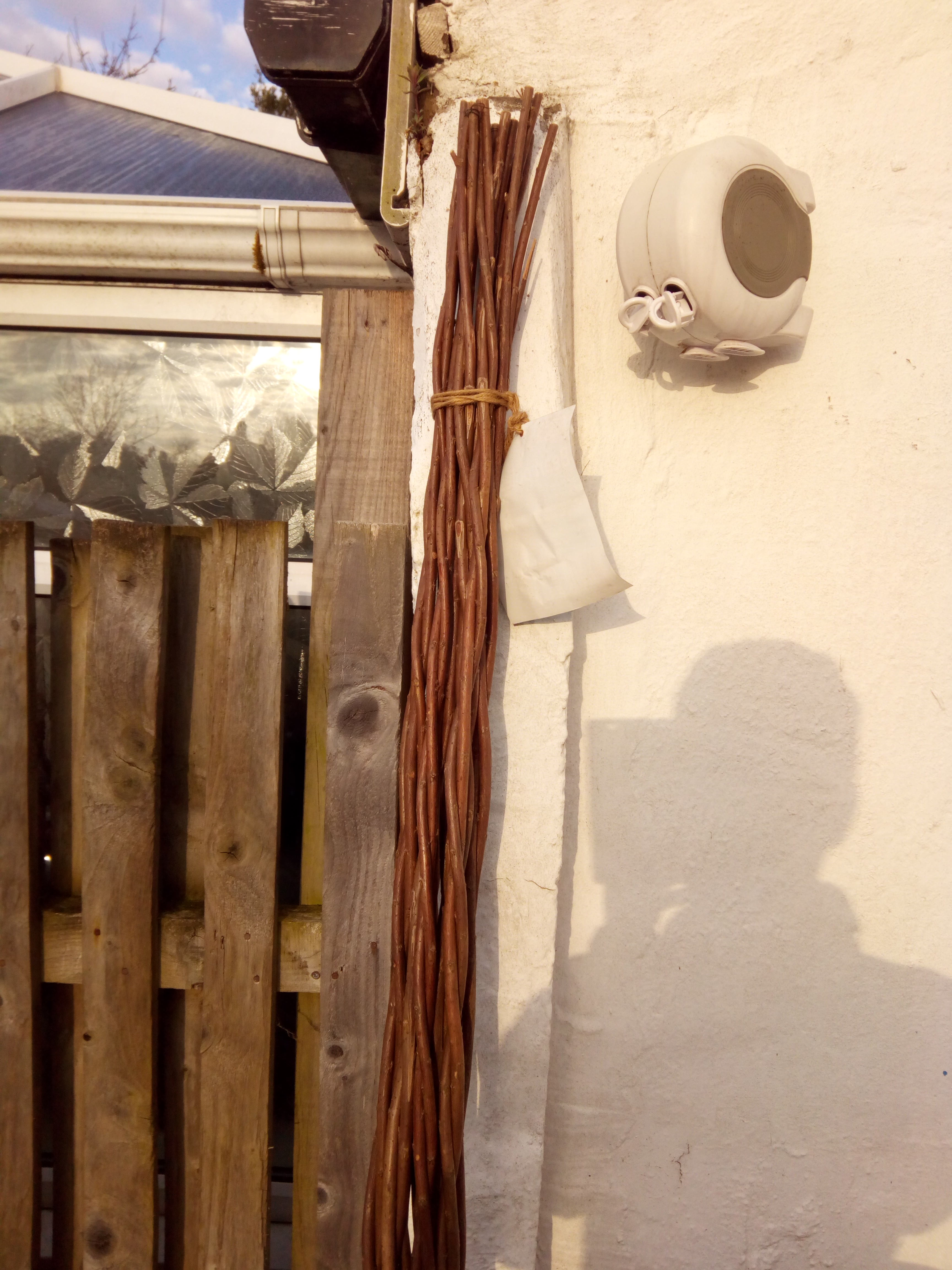 Hope you’ve enjoyed my six for this week and enjoy getting out while the weather is nice. I’ll leave you with a rather nice blue tit photo from my journey home from work. 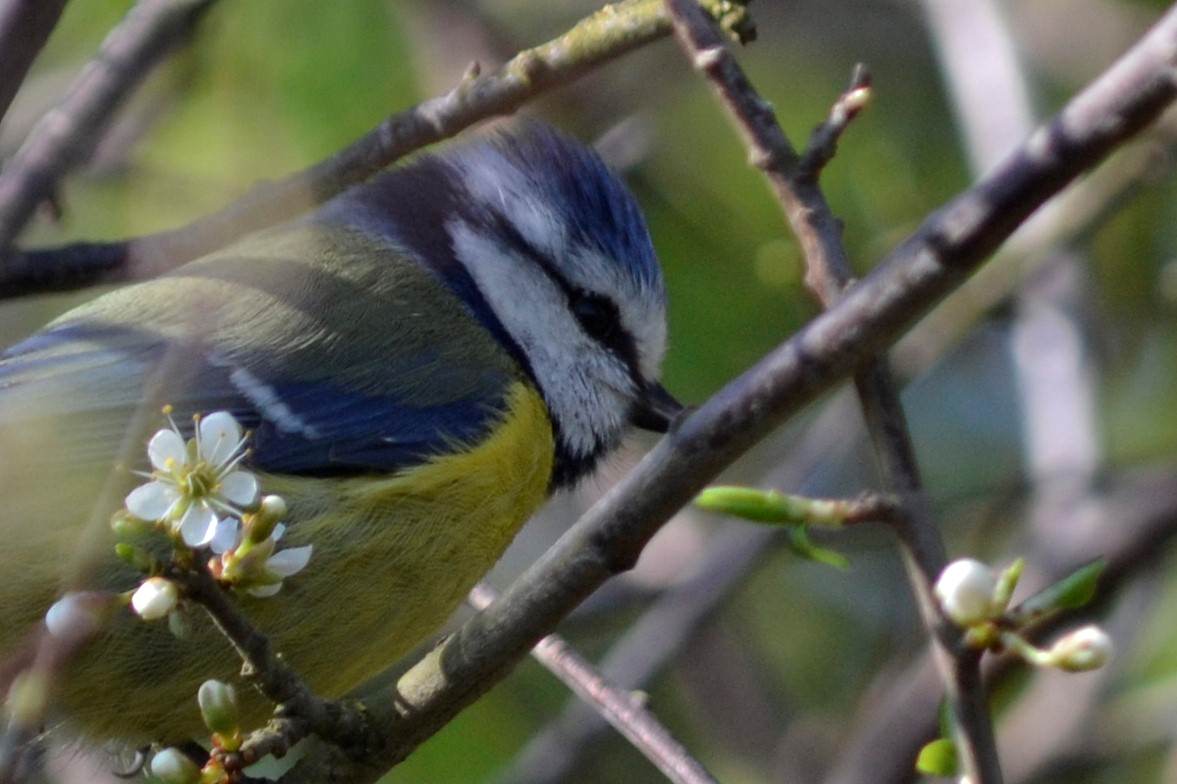