Over the next few months we are supposed to be getting the outside of the house rendering redone and the patio redone. It is currently just concrete with large parts cracking and falling apart. The plan is for the wall to be sorted and pavers down.

On the patio the plants have ended up being a fairly random selection. The alpine and succulent planters have thrived, but the other plants have ended up being plants that didn’t suit the border. As such, there is really any cohesion to them the main garden is largely wildlife friendly, cottage garden flowers and plants. I’m looking to have more foliage and a few more exotic looking plants on the patio. Rather than lots of cluttered small pots a few bigger one. The patio plants seem to suffer with the sea wind, so I’ll need a few tough specimens on the corner to protect other plants.

So here are six plants probably staying on the patio.

I planted this tree fern in the border, but I don’t think it got enough water, so I’ve taken it out of the fern corner and put it into a pot. I can wrap it for the winter and then give it a bit more attention on the patio to try and try to get it looking less sorry for itself. 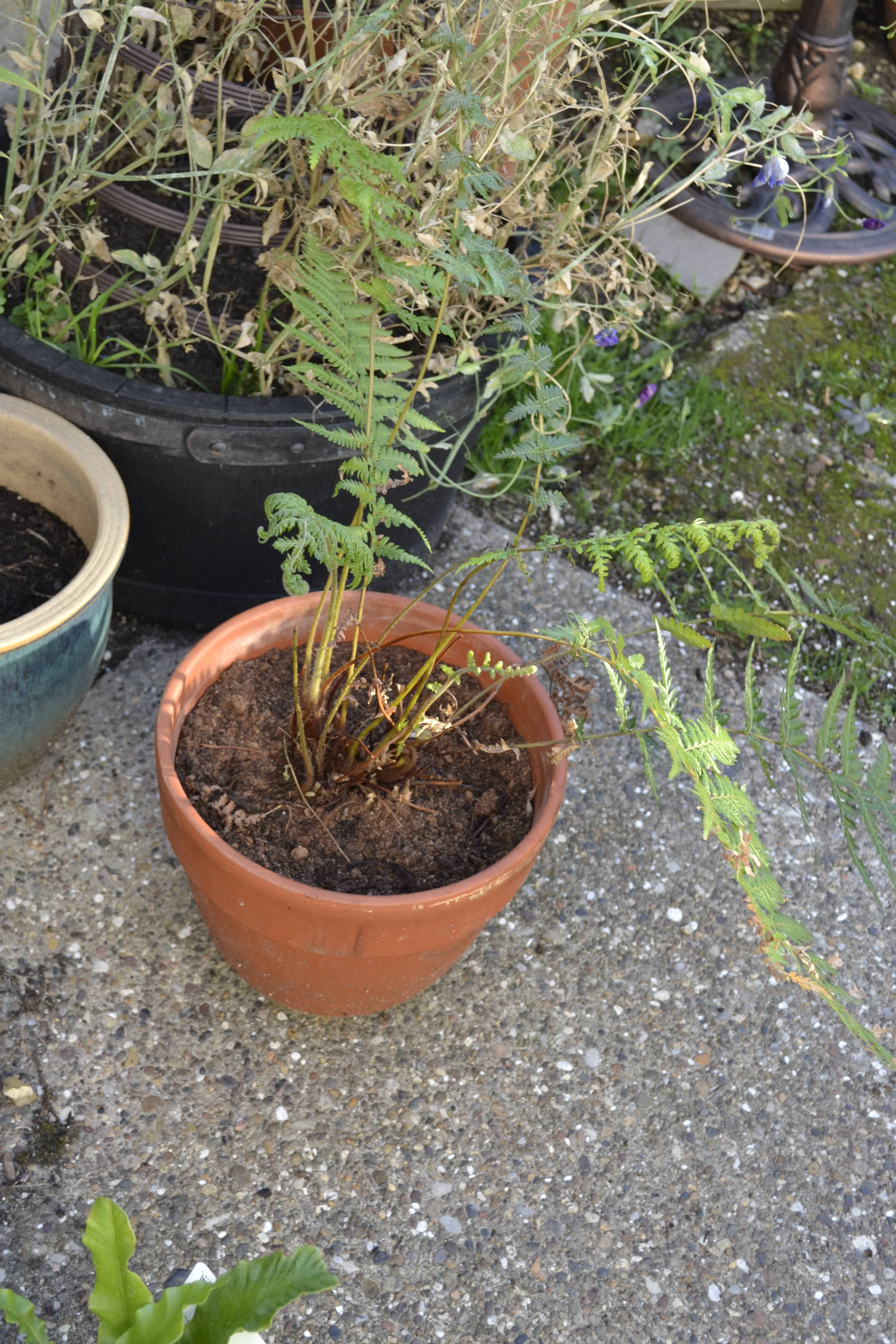 The leave of fatsia has superb foliage. It’s an excellent background plant. I’m imagining this moved into one of the bigger pots once I’ve evicted the current inhabitant. Then in front a variety of ferns, maybe the odd lily or something for colour. Only small at the moment, but will grow quickly enough next year. 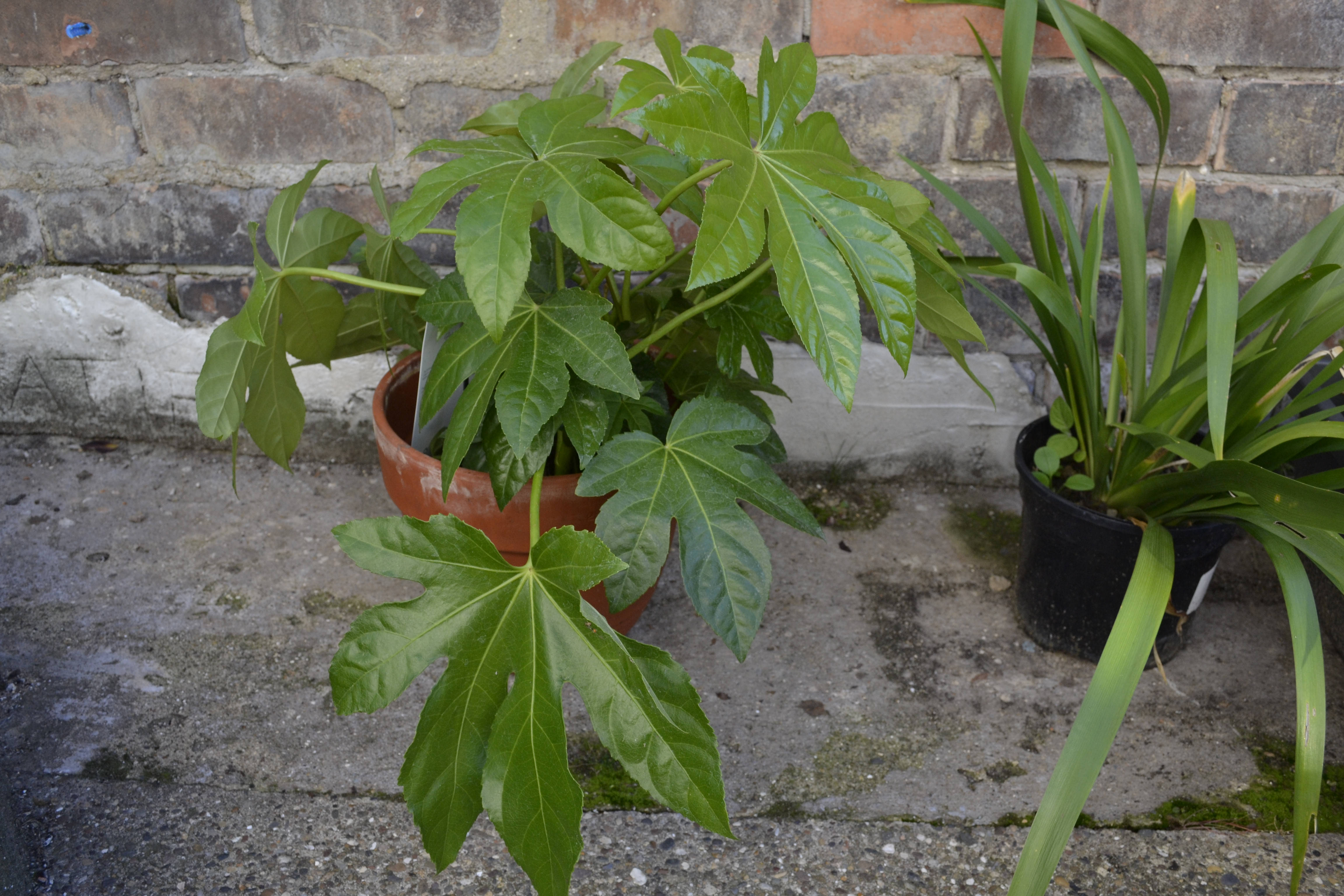 These two plants were on the decking in my last house when I bought it. They were shadowed heavily by a number of plants, including tomatoes, that have now been moved. They had yellowed quite a bit, but have recovered fine now. They seem to be survivors having tolerated quite a bit of abuse from weather and neglect. 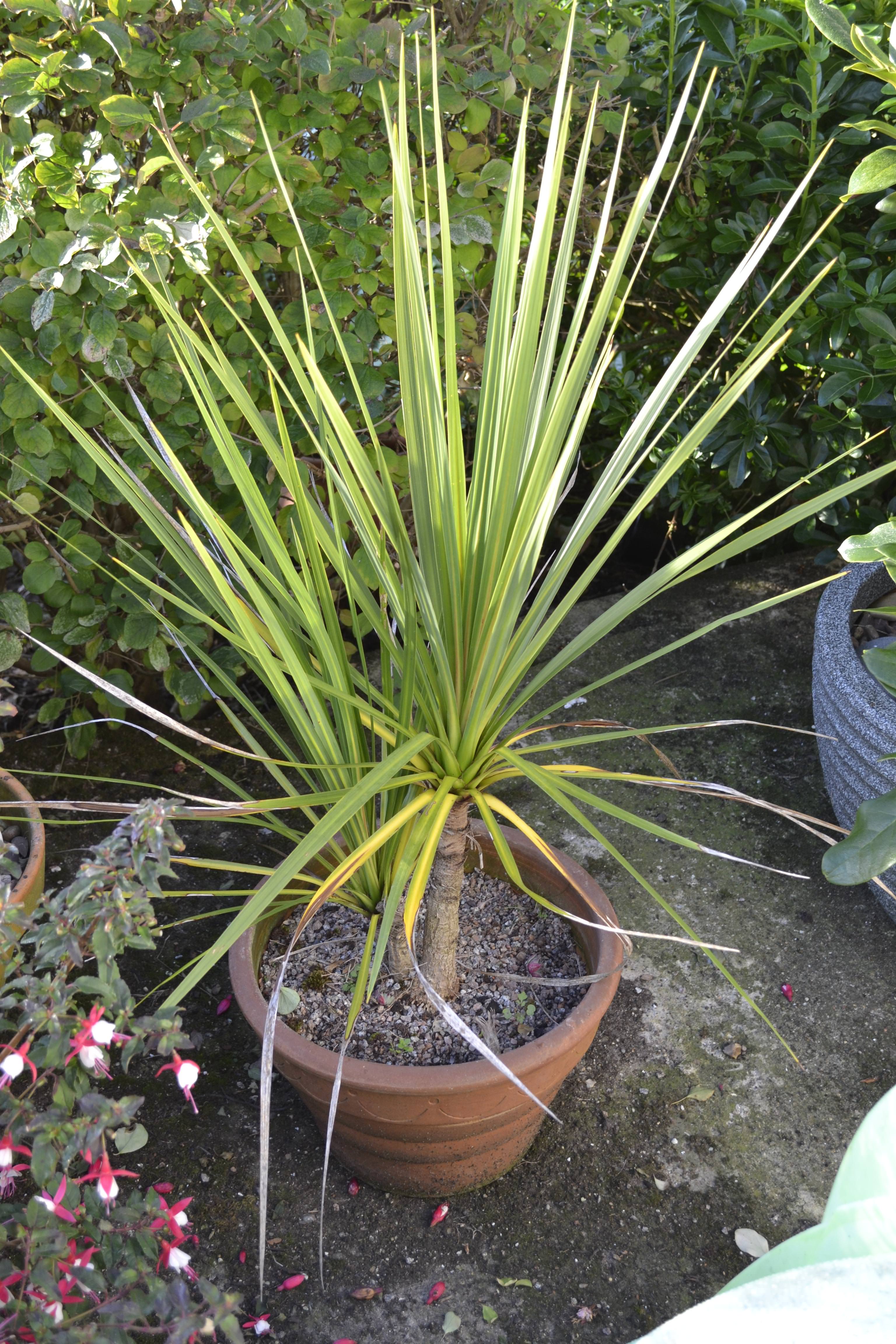 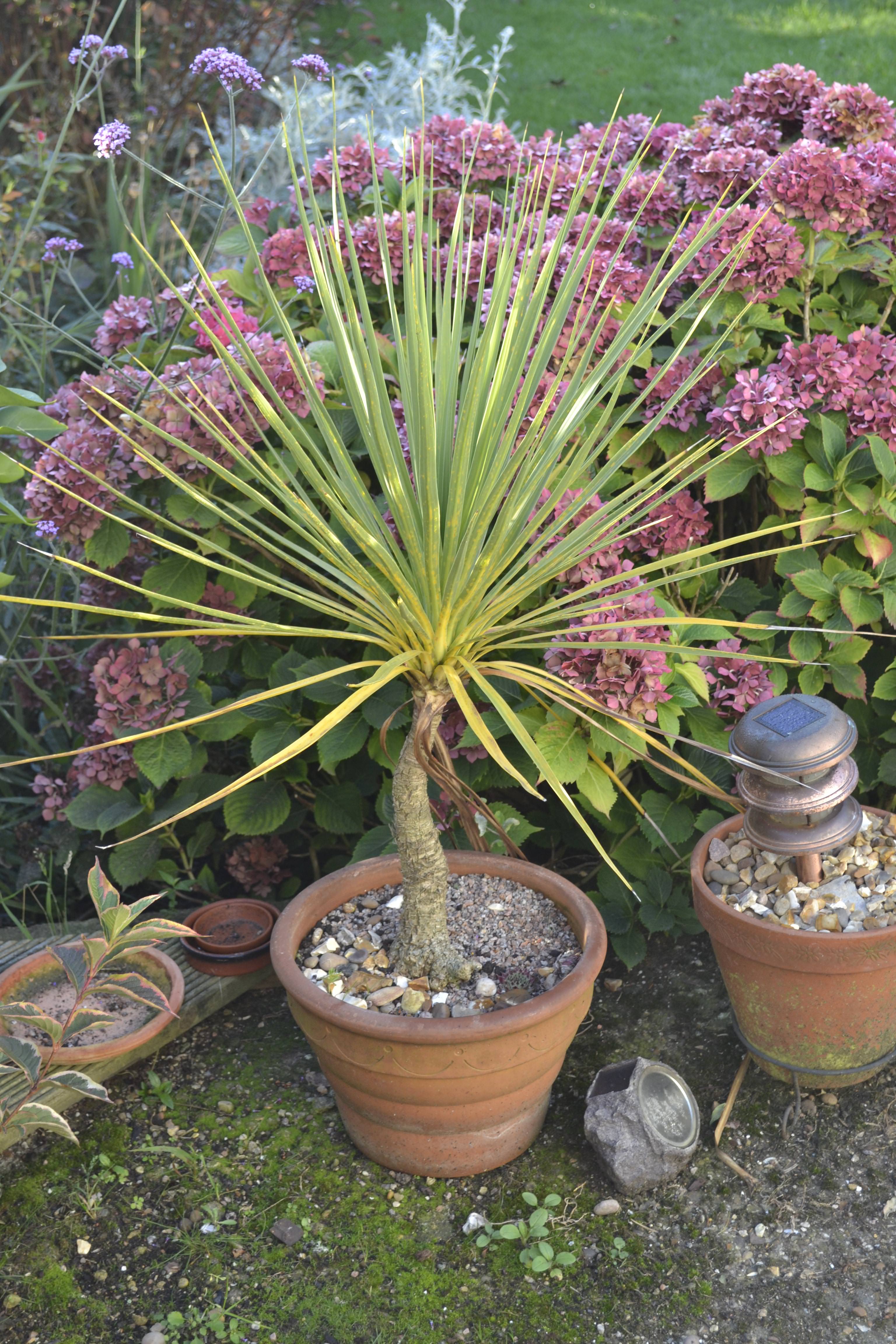 I’ve got one of these growing in the fern corner. I like the long tongue leaves. It stays attractive for much of the year. The fronds brown over winter and are replaced by fresh fronds in spring. Quite small at the moment, but at £2.50 I can wait for growth. 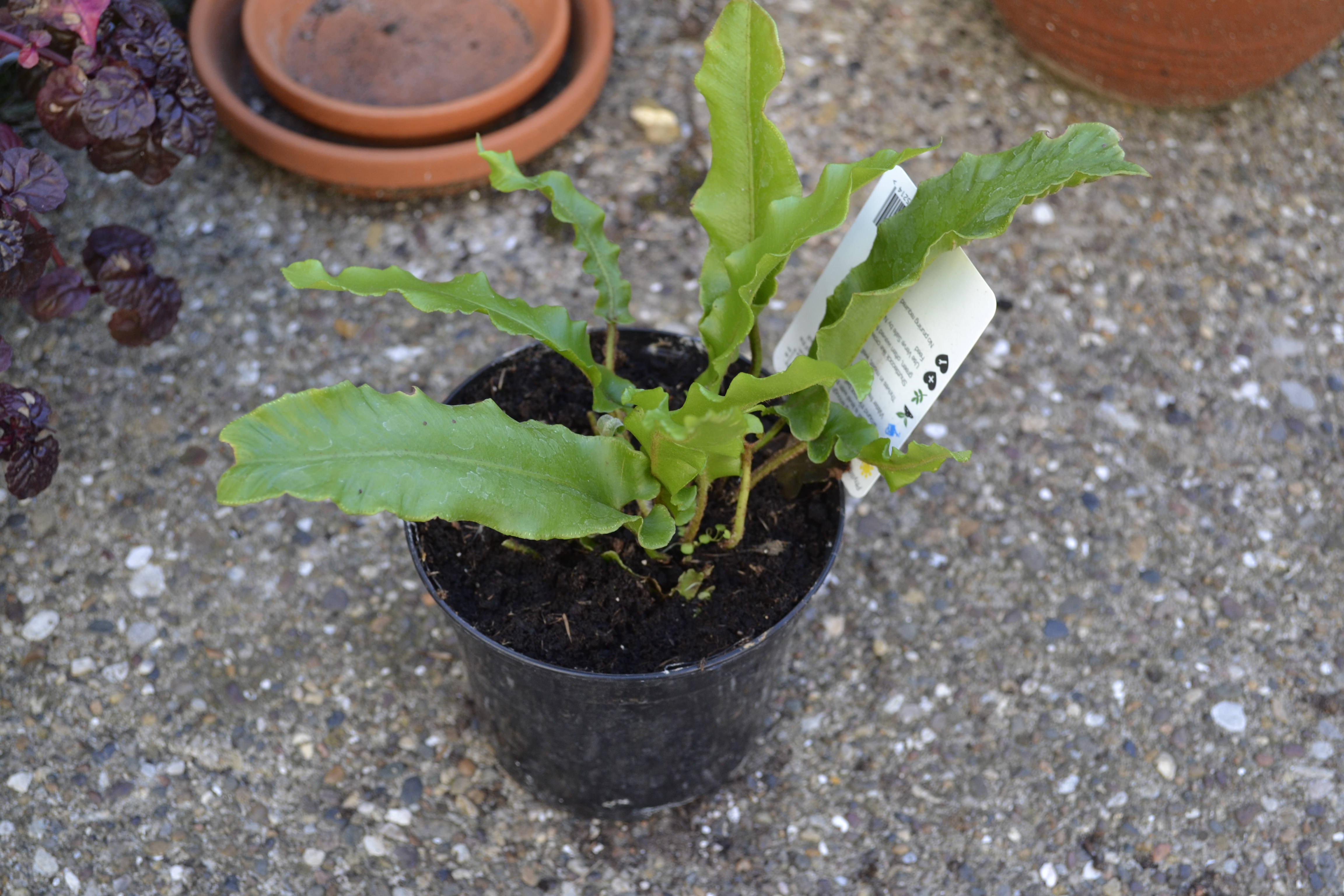 A few weeks back on Gardeners World, Monty had his houseplants out and it was talked about, on twitter, how some varieties of aspidistra could be kept outside all year. Aspidistras became the symbol of middle class living for the Victorians. I rather like the idea of a patio aspidistra, so I’m testing this variety of winter. It came in a big clump. I’ve divided some off to keep inside as insurance. Not the ideal time to divide, but I think it’s got enough root on. “China Moon” is a darker spotted variety. Hopefully do well in the shade of the wall. 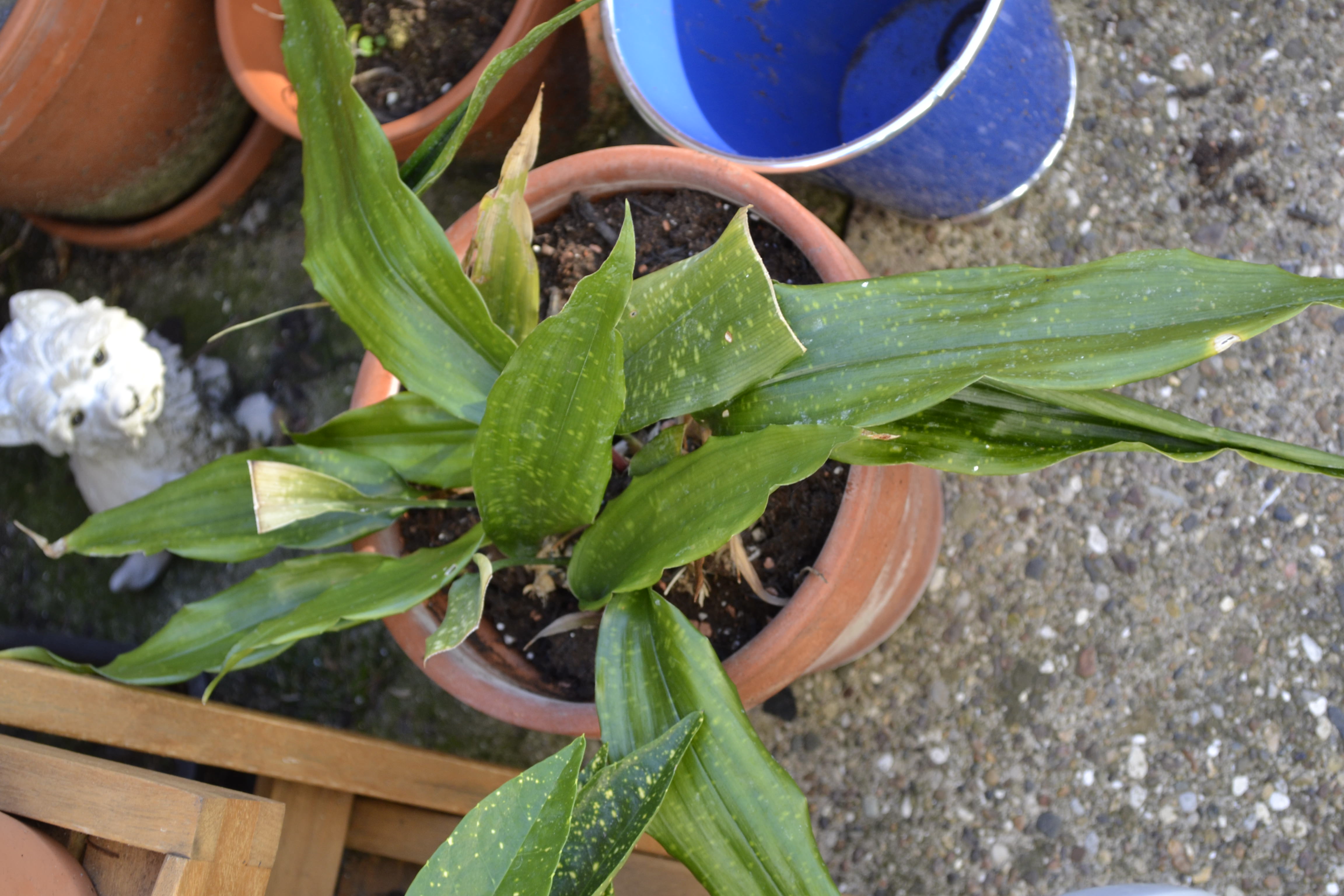 I thought the thin red leaves would make a nice contrast to the other green foliage plants. Recommended for coastal gardens it should survive hopefully survive the winter weather and winds, so long as I keep it in a more sheltered position. 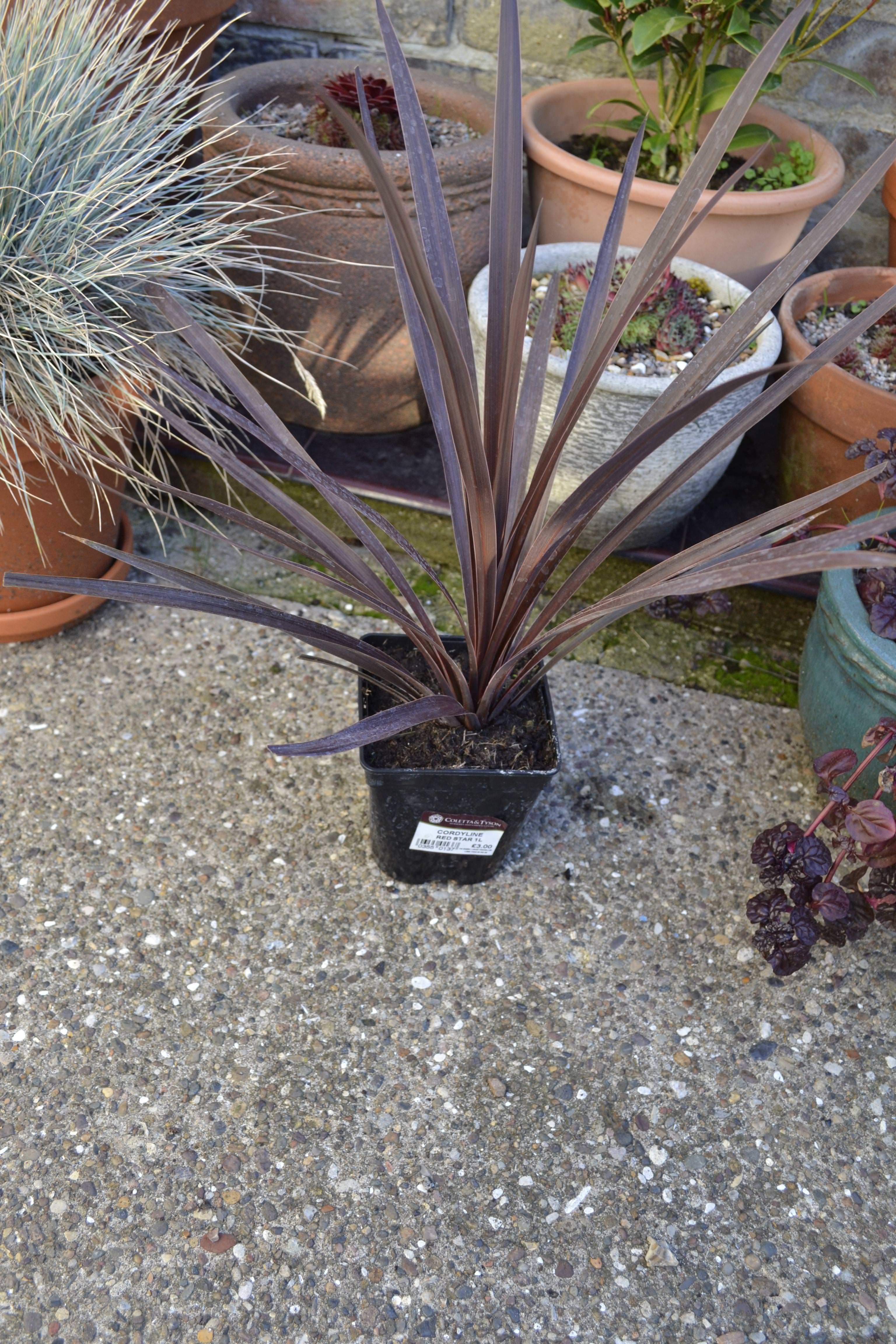 Looking back through my six I’ve mainly got thin leaved plants, so could do with some broader leaved foliage. Maybe time to get some hostas. It’s all a bit of a mess at the moment, but no point sorting until the paving is done. Happy gardening people!