Today is the peoples walk for wildlife. Organised by Chris Packham, people have descended on Hyde Park to show support for wildlife. An admirable way to spend a wet Saturday. The event is promoting the manifesto for wildlife. This outlines a number of steps that could be taken to support our rapidly declining wildlife. Now, sadly, I’ve seen a lit of people on social media asking “what’s the point?” “What difference will it make?” Seeing as the movement has borrowed heavily from the punk movement it seems worth recalling a key punk legend. 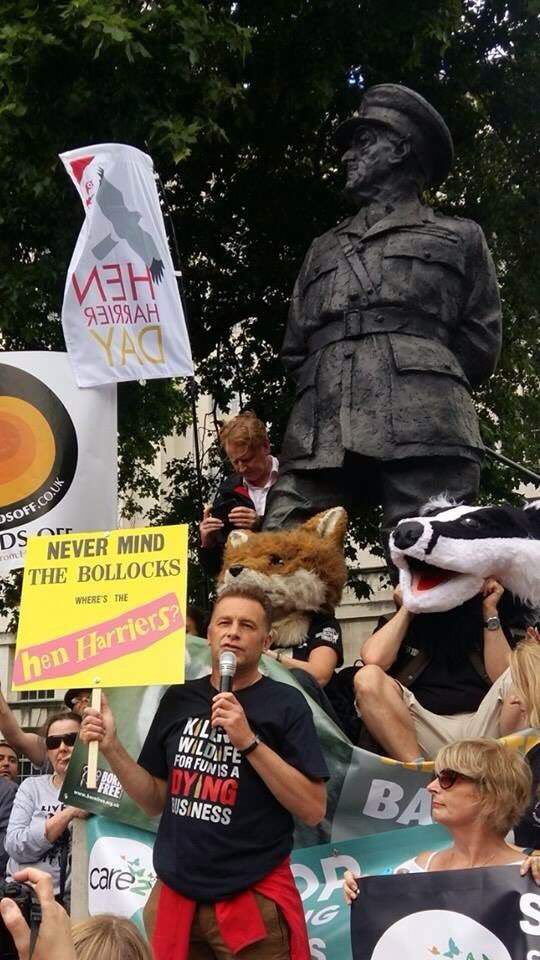 On June 4th 1976, a little band, The Sex Pistols played a gig at Manchester’s Lesser Free Trade Hall. The gig has become legendary in music circles. Hundreds of people claim to have attended, though the hall probably only held 150 people at most. In reality, about 30 to 40 people probably attended.

So why the fuss? Well, from that small number attending many influential bands were formed. From this gig, we got the Buzzcocks and later magazine, The Smiths, Joy Division, The Fall and in some accounts Mick Hucknall of Simply Red (though maybe that last one wasn’t such a positive development). These bands put Manchester on the music map and have had an impact on modern music that can’t be calculated.

More info on the gig.

So what does this have to do with a wildlife demonstration? Well if a handful of people can attend a gig and go onto become world famous and sell millions of records around the world, what’s to say today’s attendees won’t go off to spread the message further. Many young people are attending with parents. Maybe we are looking at future conservationists, scientists, educators, politicians and who knows what else. One day can send out ripples for years to come.

Now, I’m unable to make it, but I hope the people who are there enjoy themselves and send a clear message to our politicians and policymakers that we want wildlife on the agenda. But I’ve still been doing my little bit for wildlife today. Here are a couple of quick ways to help wildlife.