After another period of dry weather, it looks like today is going to be a wet day. That’s the bulb planter cancelled for the moment. I don’t think Alice will go along with doing it in the rain. At least the ground will be softened.

I’ve bought a few large cyclamens from Tescos. These ones haven’t flowered yet. Most of the trolley had red flowers, so we’ll see what colour these come out. They’ll give a nice burst of colour in the foliage corner. The leaves are nicely veined and fit well with the heuchera. 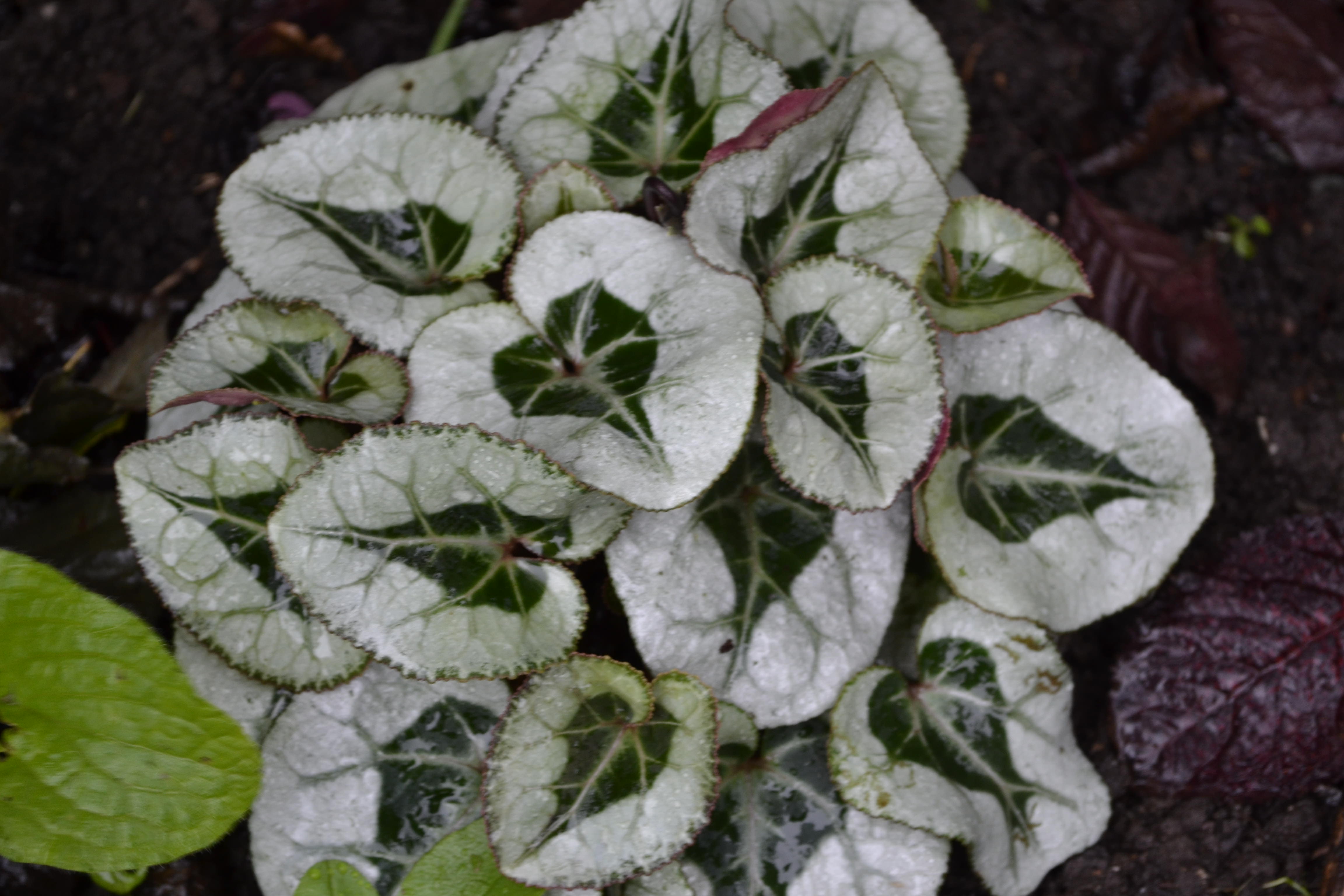 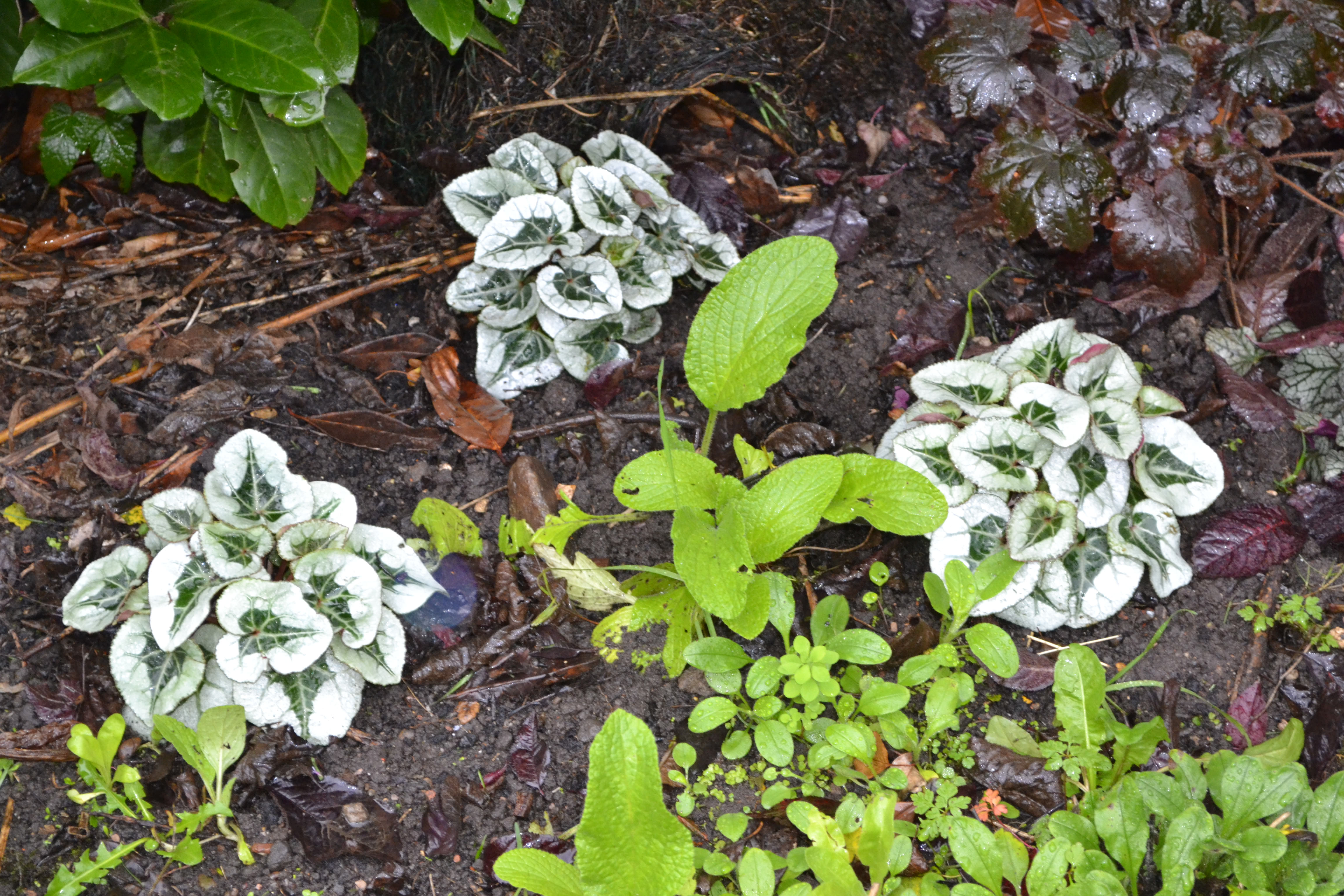 Carrying on from last week, I bought another fatsia for the patio. This is a variegated version. Accounts differ about whether it is less hardy than the standard variety. We’ll see over the winter in a side by side comparison.  It also isn’t supposed to grow quite as big. I had considered bringing it inside for the winter, but I think I’m going to just try to keep it sheltered. 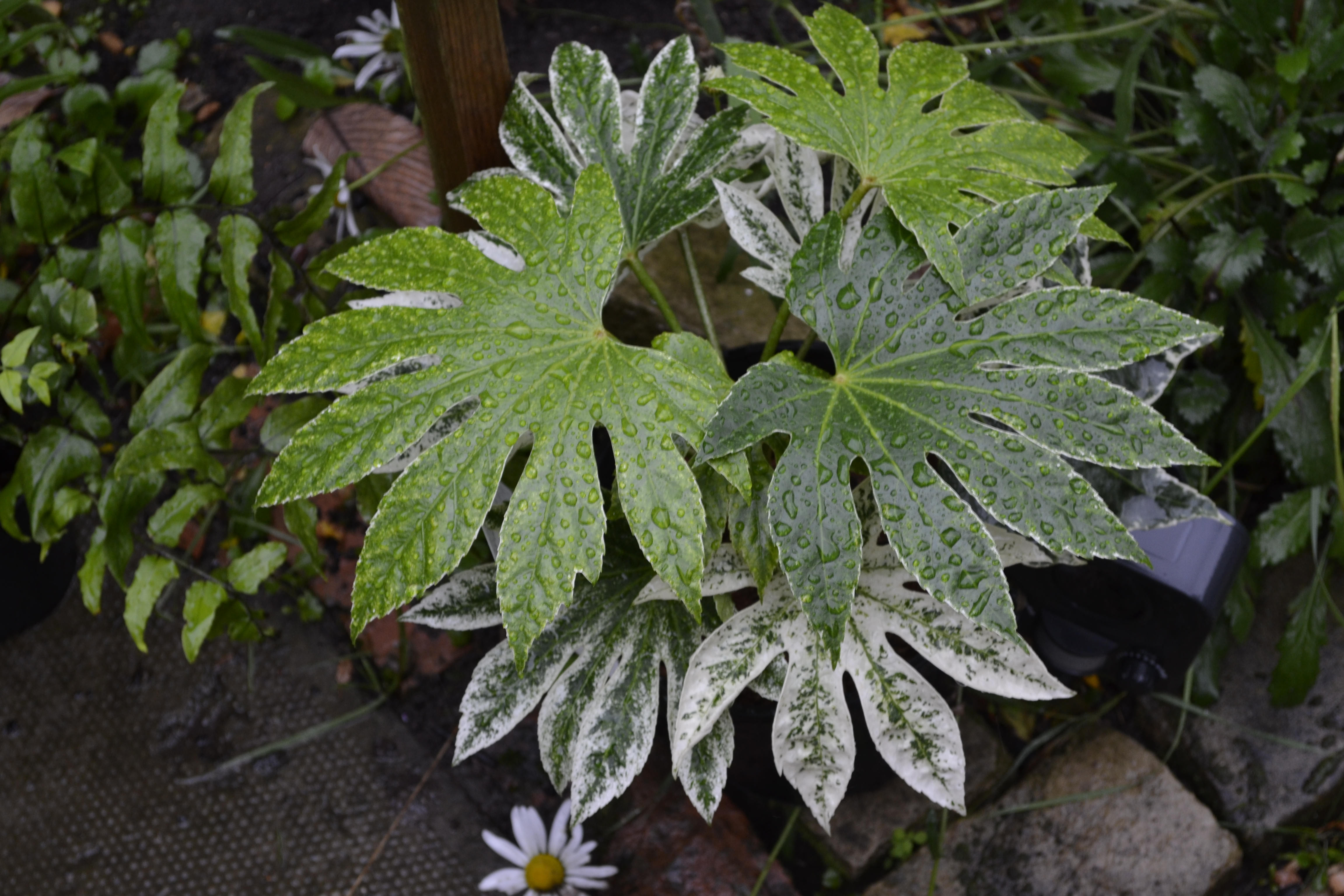 My aeonium was left out last winter. It survived, but lost a lot of leaves. Having hung on in there it has gradually recovered over the year. So this year it’s coming in. I’m going to try it in the loft. There is a sky light giving a small amount of light and it shouldn’t need much water during the dormant winter season. 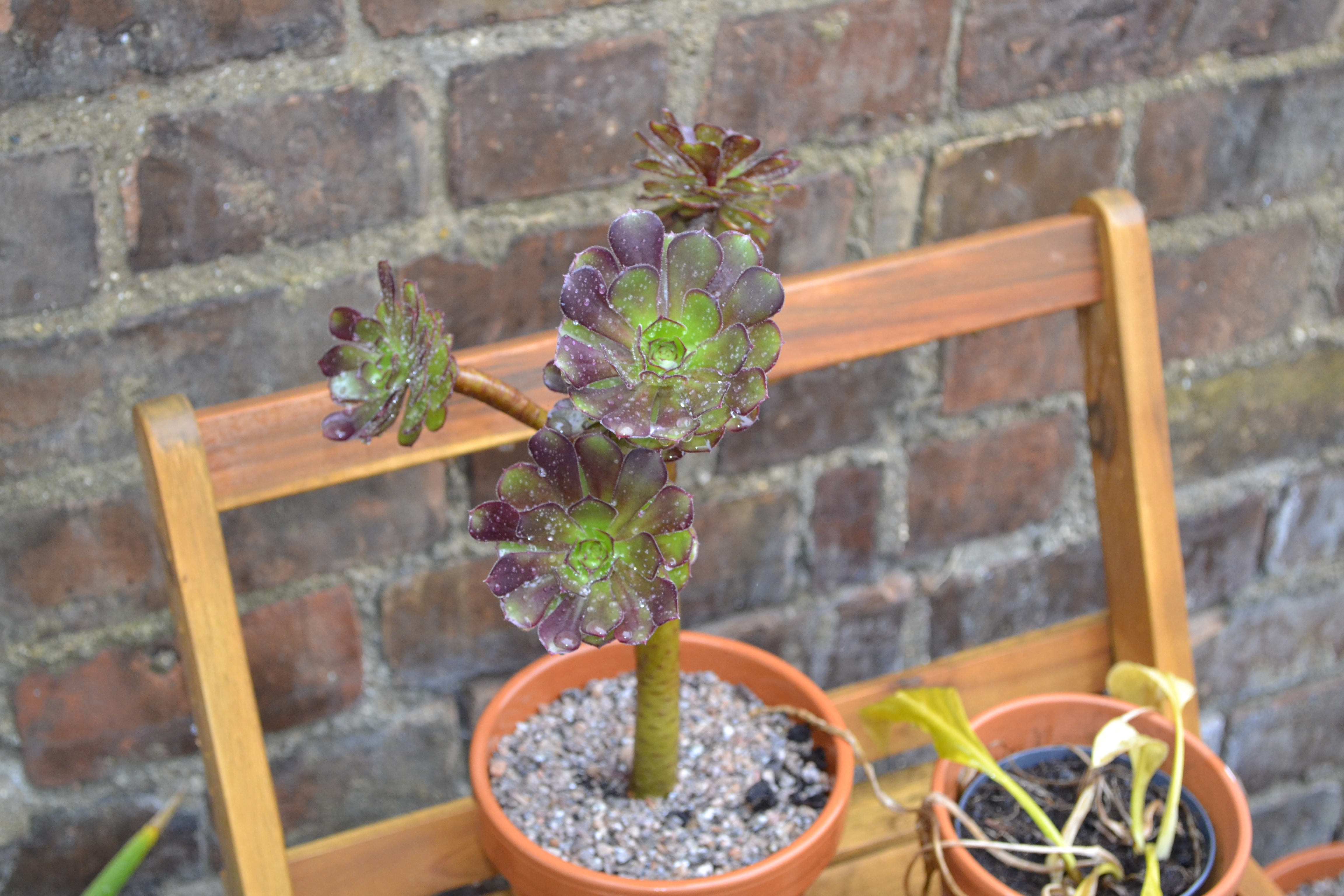 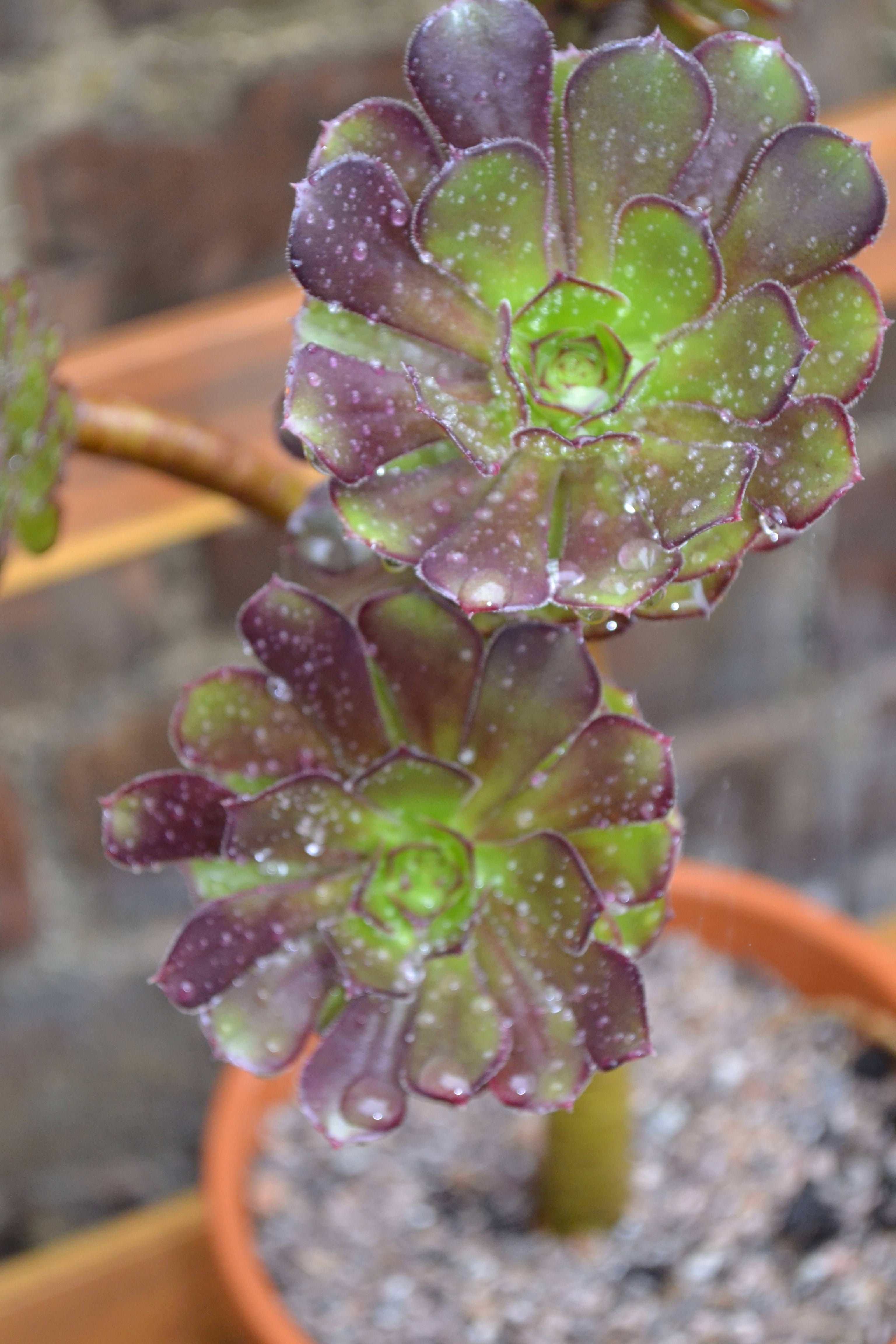 Having talked about some going in, now one going out. I had this pitcher plant inside, but can’t find a position it is happy in. The windowsills are all too bright and it was getting some leaf burn. Pitcher plants need lots of light, combined with lots of water. Ideally, rainwater. Pitcher plants are carnivorous, so take nutrients from insects. The hard tap water I get would do it harm. It was suggested putting it outside and it seems to be a bit happier. It will shrivel down for winter like a herbaceous perennial. It is currently being tested for UK winter hardiness with the plant being grown outside all year. As I don’t have a good spot inside I may leave it out and see how it does. I may lose it, but it isn’t going to thrive inside. 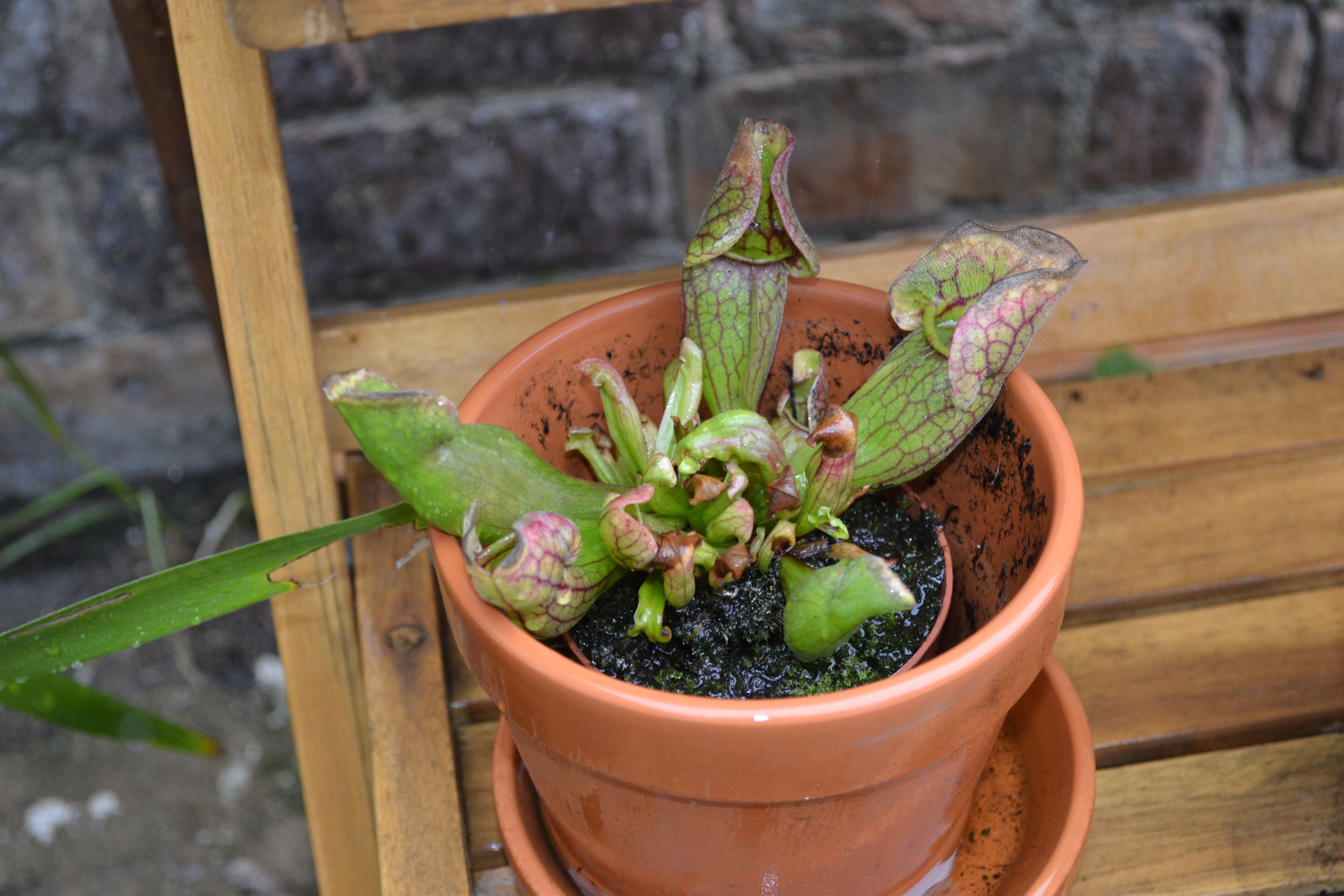 Another fern going on the patio. While it’s browned a bit at the moment it was cheap and new fronds in Spring will replace the brown ones. I have one in the border already in fairly deep shade, but it can be pot grown if kept moist. I thought it was a nice contrast of leaf shape to the couple I’ve bought so far. It is native to Asia. I’d quite like to find a painted fern, another Japanese native, to go with it to add contrast of leaves and colour. The bright green of these in Spring is a wonderful sight. 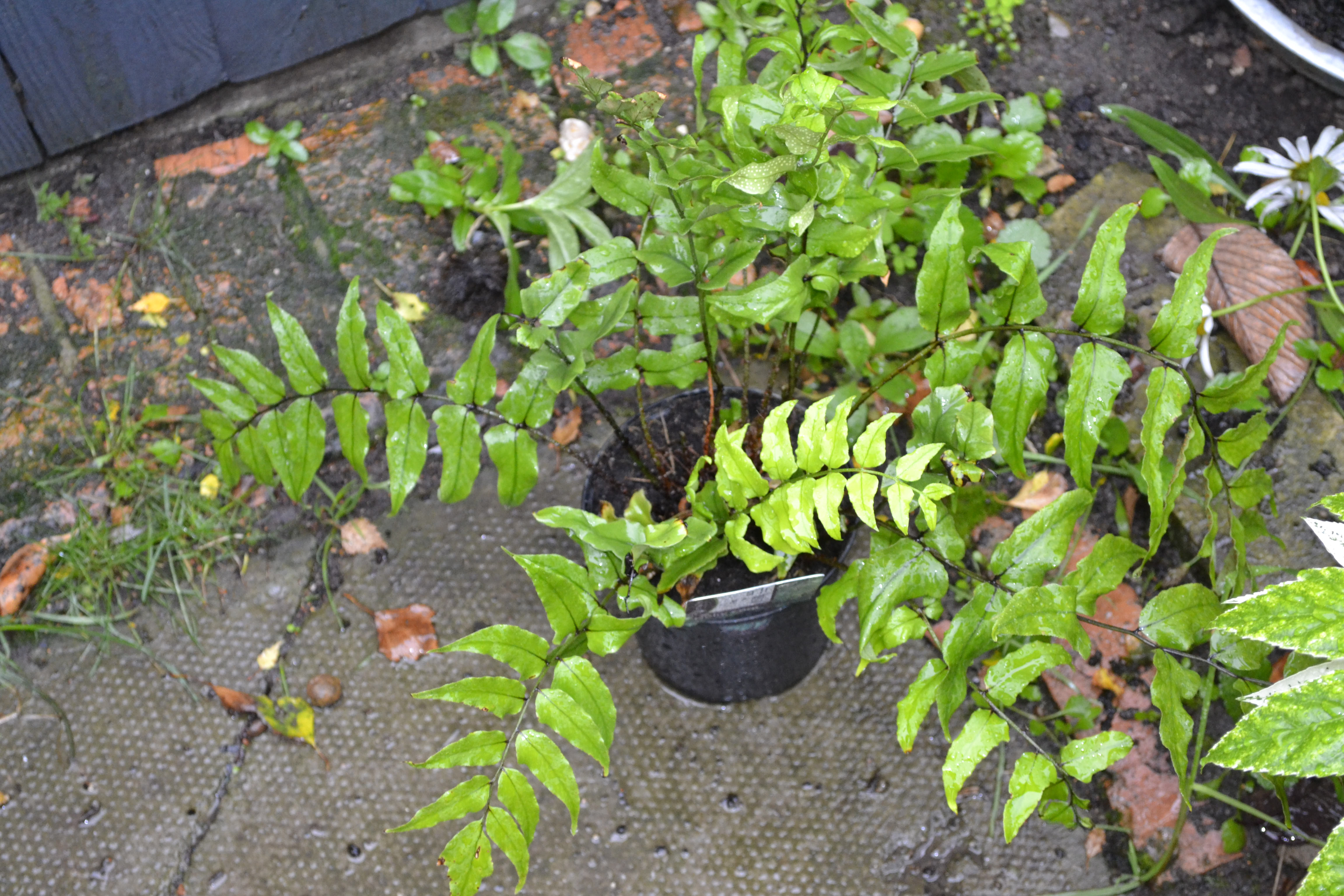 My dad, kindly, mowed the lawn earlier in the week. Luckily, as I am not going to be able to do it now as I’ve had continual rain for the last few hours. All the supermarkets are selling Autumn lawn repair boxes. But I think mine has done pretty well through the Summer drought with no watering. Seeded well, cut to a higher level and no SPring watering has done it good. If you water your lawn in Spring and when it’s establishing it encourages shallow rooting. Supposedly, If it’s left to its own devices it roots deeper helping during dry periods. Either way, it’s looking lush. Not a mass amount of colour in the garden at the moment, but the hydrangeas are still giving a good display as they gradually fade. Some of the roses are set to give second bursts. The verbena has been keeping the pollinators happy. The rain is helping it all look fresh. 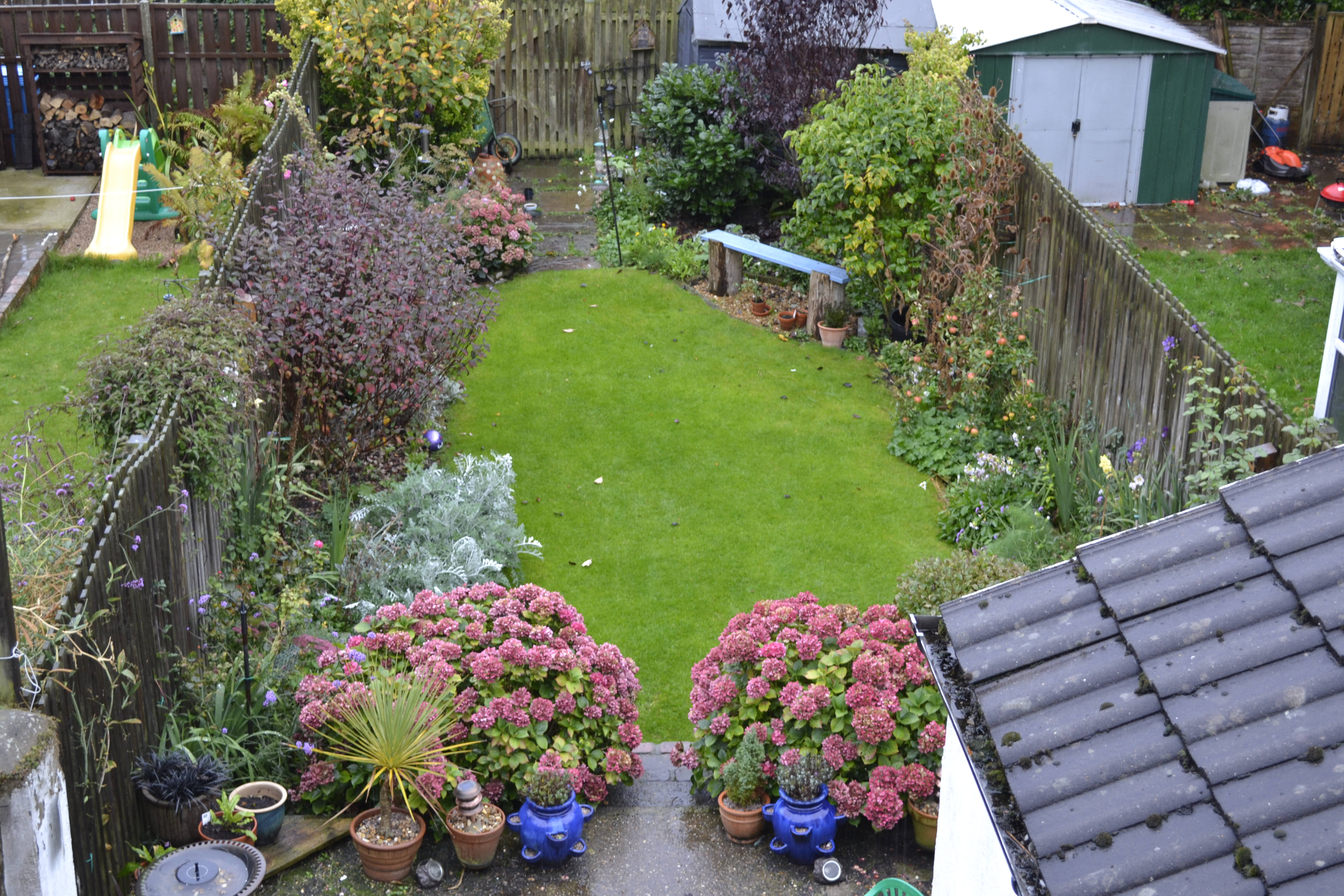 I’d talked about the patio last week but didn’t really show it properly. It is just a concrete slope. It is getting paved, which should make it look much better. The slope does, however, help all the plants planted in the border at the end of the patio. The hydrangeas benefit from lots of water in Summer, so getting all the water runoff from the patio helps them a lot. 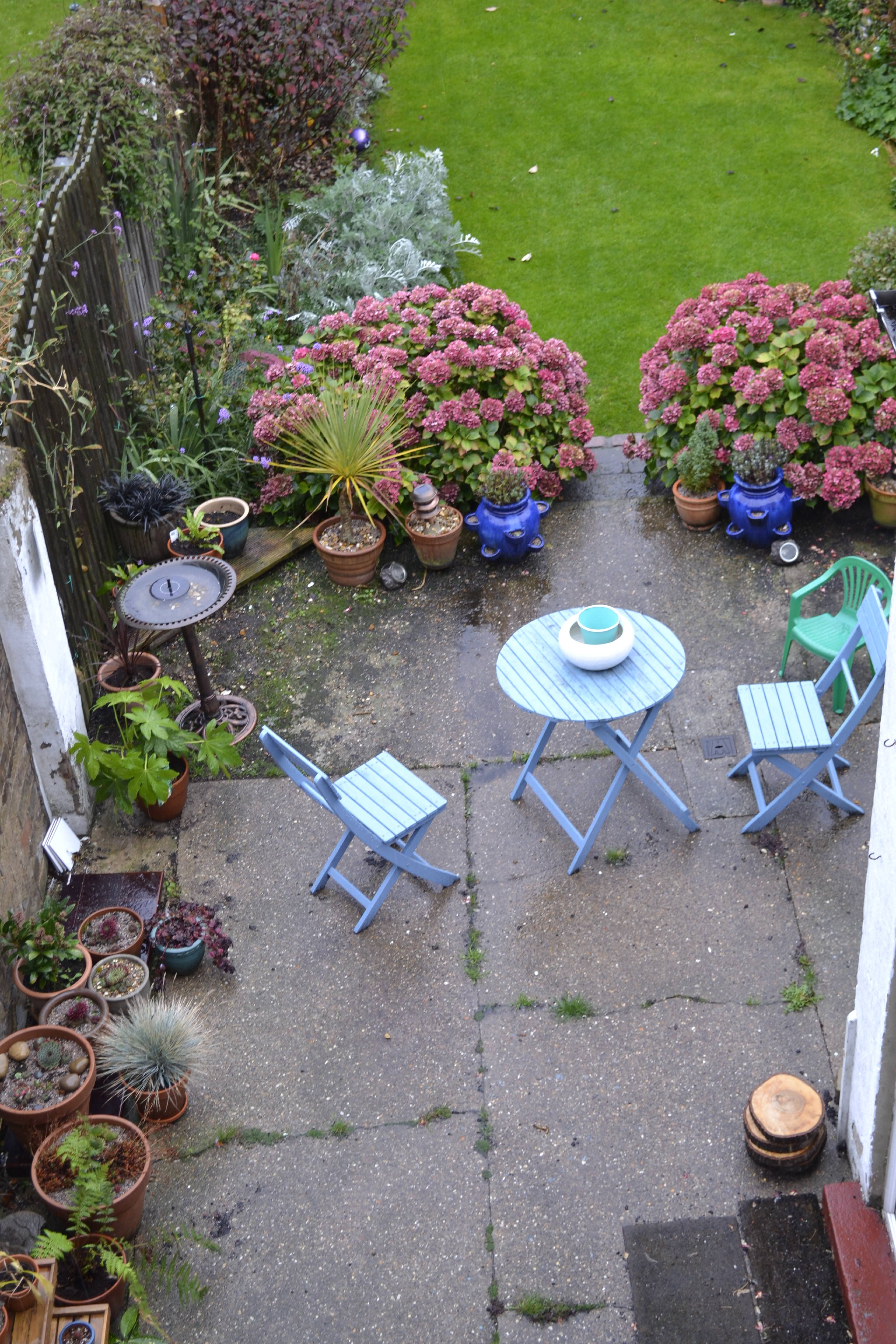 Hope you all enjoy your weekends. Check the propagators blog to see more six on Saturday posts.