Following on from the open bottle terrarium and blogs looking at houseplants I’ve had a go at another mini-project. A mossarium works much the same as the open bottle of terrarium. For a how-to guide read here. People make really fun mossariums using items like toy dinosaurs and fairies. I am just aiming for a fairly closed system that keeps the moss alive.

Moss is an amazing plant. It acts as a wonderful sponge for carbon and it has been suggested it may hold the key to lowering the carbon dioxide in the atmosphere to combat climate change. At the Chelsea Flower Show moss featured in a number of gardens for this reason. A section of moss being more effective at absorbing carbon than an oak tree of a much larger size. So, I quite a fancy a little desktop reminder of the power of moss. I would also like a Japanese style moss garden, but I don’t have the time to build or maintain one. A mini moss patch will suffice for now. Alice helped put the layers in, so the distribution is a bit higgledy-piggledy. But she likes to help and I like to encourage an interest.

I’ve used a medium sized mason jar. The smaller ones don’t give space for the layers. The first layer is a layer of grit or pebbles for drainage. 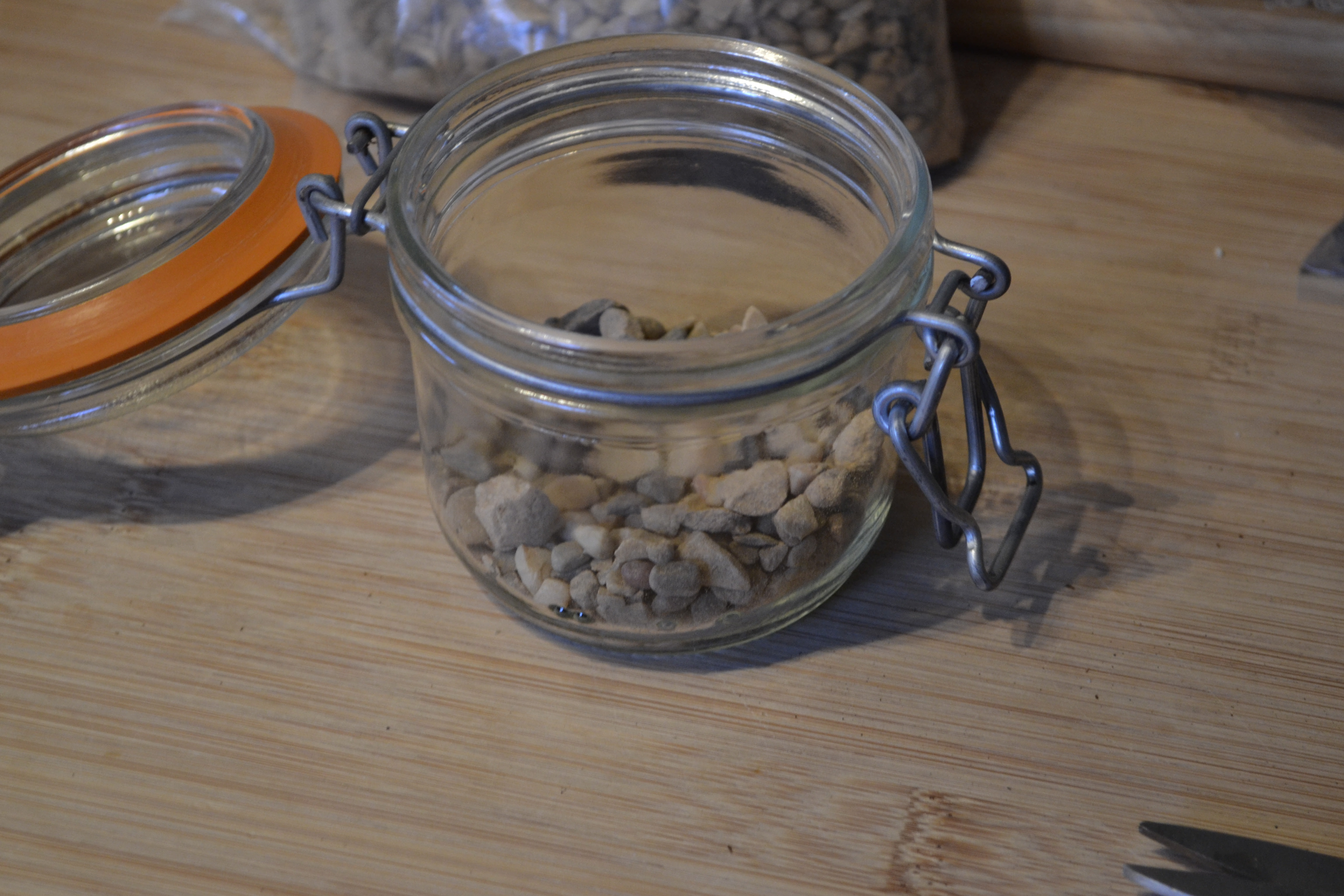 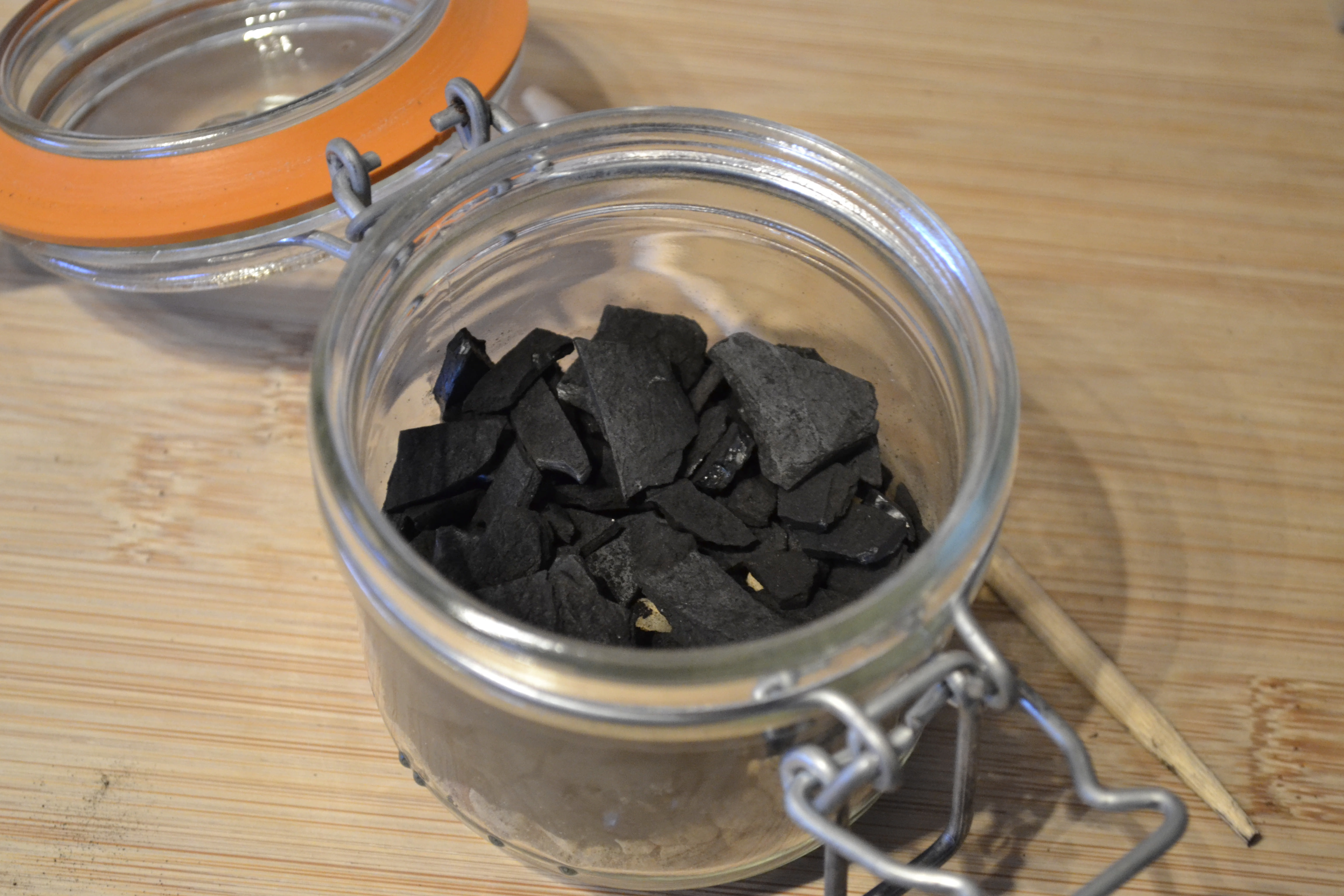 A layer of soil. 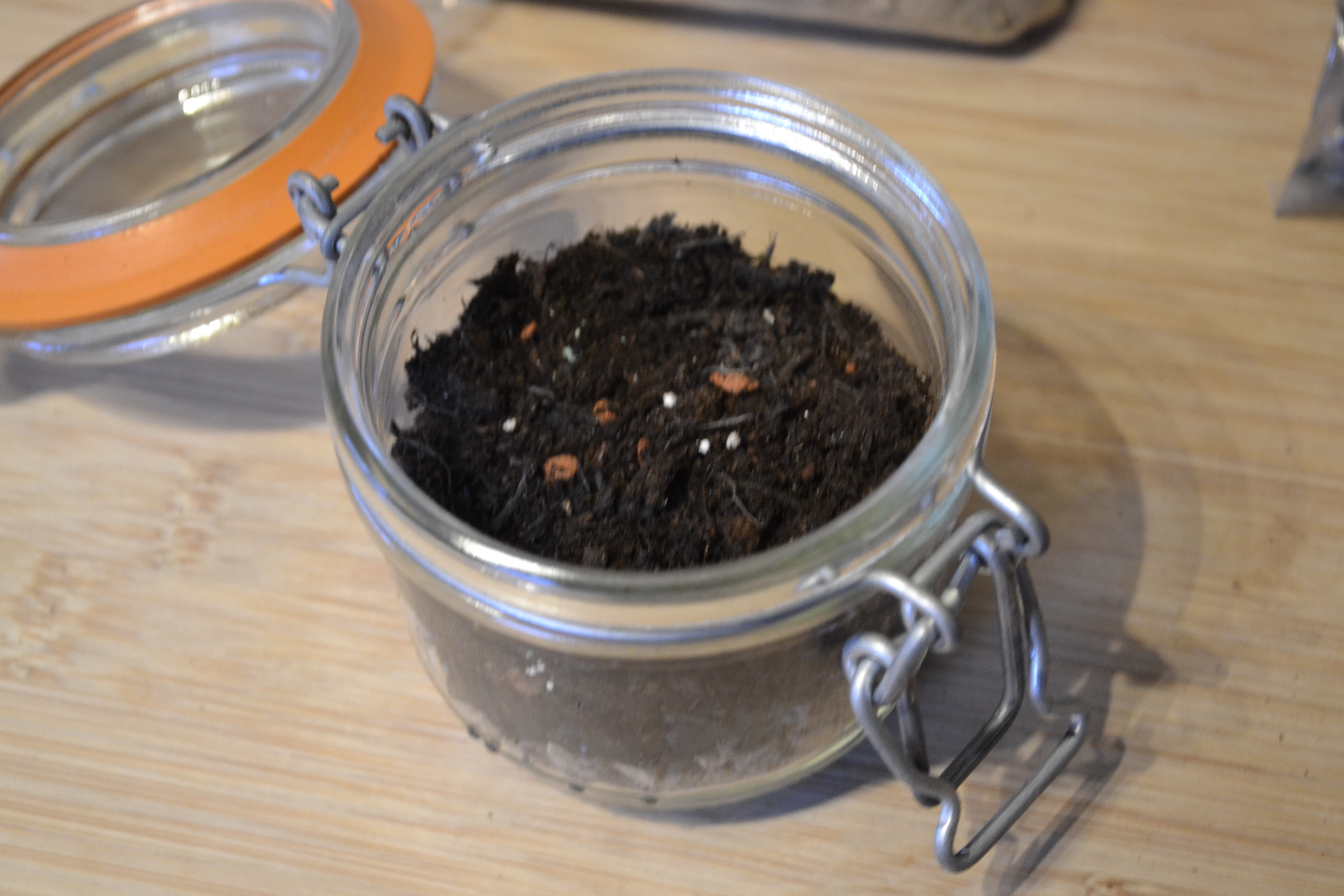 Then the moss on the top. I’ve added to varieties of moss scraped from rocks under the hebes in the front garden. Then a spray with the mister.

The end result is quite nice. I may try a larger one with a few features in if I keep this going. I quite fancy a stuppa surrounded my moss or an ewok home. 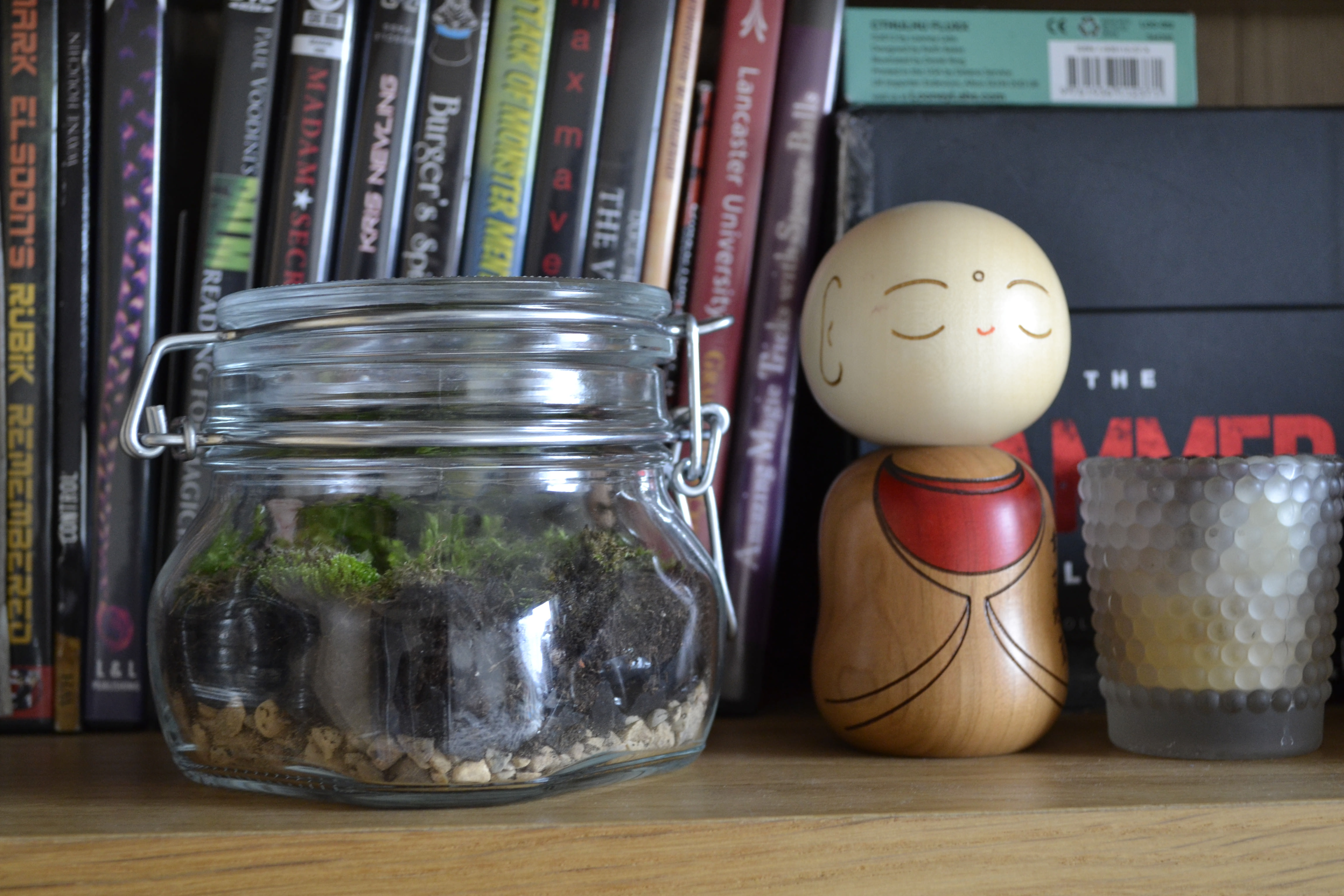