Today I’ve worked on two indoor projects: a mossarium (more on that another day) and an open bottle terrarium. I’ve had a fittonia (nerve plant) for a while now. Fittonia is largely grown in this country as a houseplant. It hails from South America, predominantly Peru. Its natural climate would be tropical rainforests. As such it requires high humidity. I’ve been achieving this through misting each day. However with the heat currently the fittonia is needing misting morning and evening. It is a perfect candidate for a terrarium. A terrarium is a closed tank, generally glass, that allows the water to be recycled as it is trapped within the tank. It creates high humidity, so gives people the chance to grow plants that would otherwise be hard to maintain. To make a closed terrarium you need a decent amount of space. James Wong recommends at least 30cm by 30cm. He knows a lot more than me. if you haven’t seen his terrarium table check out his twitter. It is truly a display of wonder. The current terrarium trend is for putting succulents and cacti into them, which serves no purpose. As already said terrariums create high humidity, so the opposite of what most plants you see going into them on Instagram need. As said a terrarium requires a decent amount of space, as I don’t have a decent space in mind for my fittonia I thought I’d attempt an open bottle terrarium. This will still increase the humidity around it, but it will be able to grow out of it. I may find this doesn’t work and I need to repot it when it outgrows the container, but I’m willing to experiment.

To make the open bottle terrarium I have used: 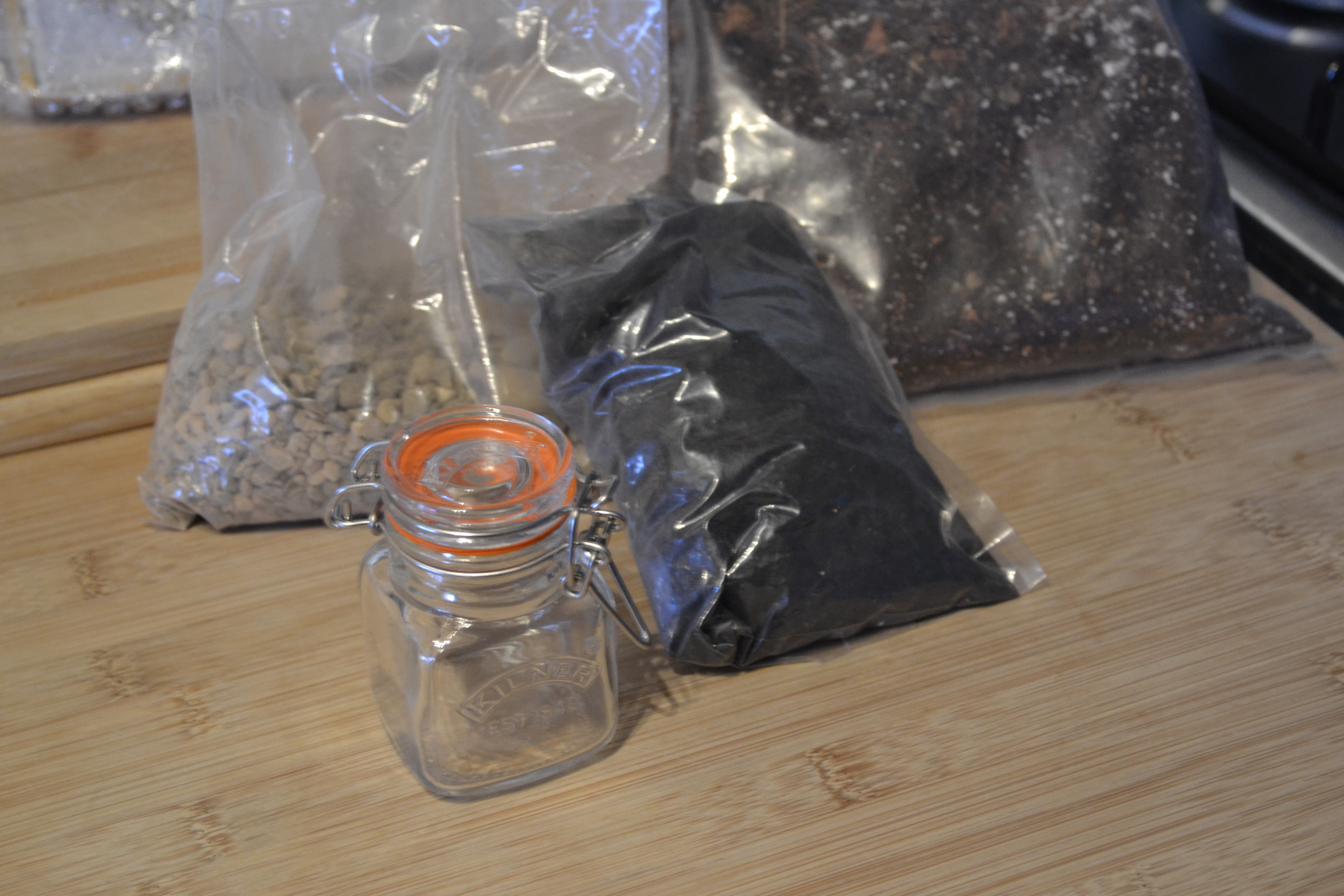 My container isn’t ideal as the rope will cover the layers going at the bottom, which are quite nice to look at. However, I already have this container and it is currently serving no good purpose. 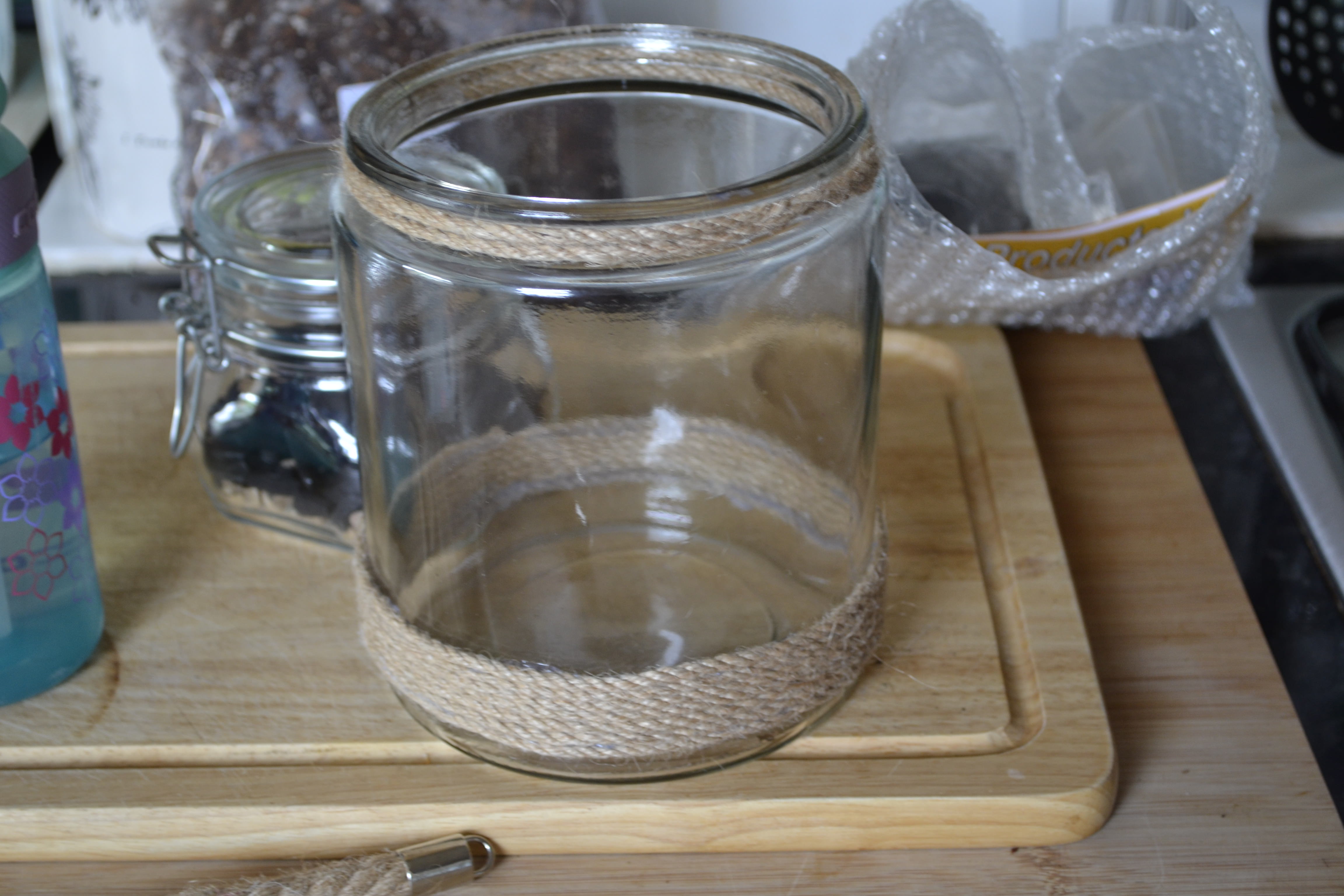 The first layer to go in was the pebbles. This goes at the bottom to give the plant drainage. While it likes humidity sitting in too much water can still rot the roots. 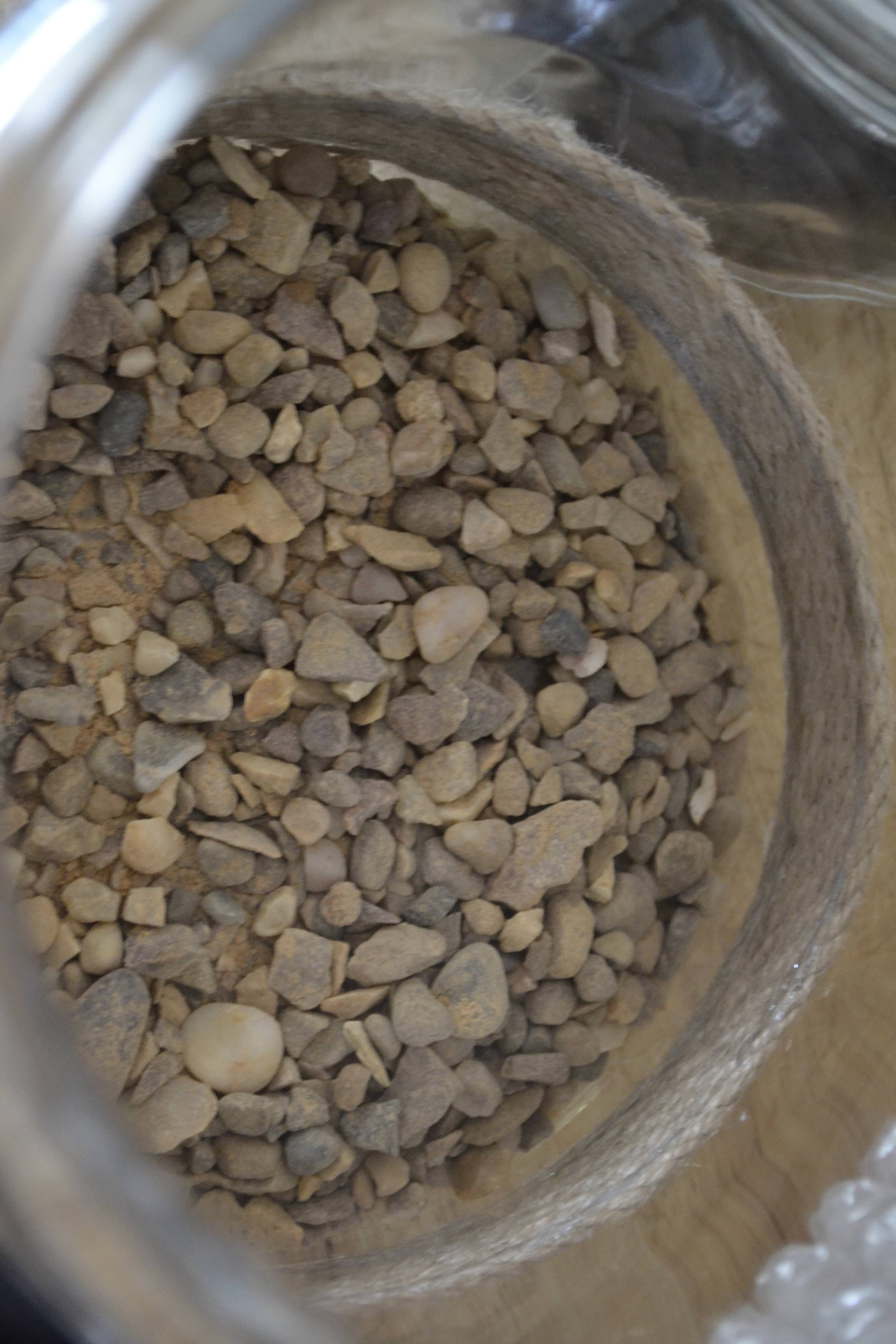 The next layer to go in was the activated charcoal. This is sold in pet shops for fish tanks and reptile tanks. It helps clean the water going through and stops the growth of fungi. 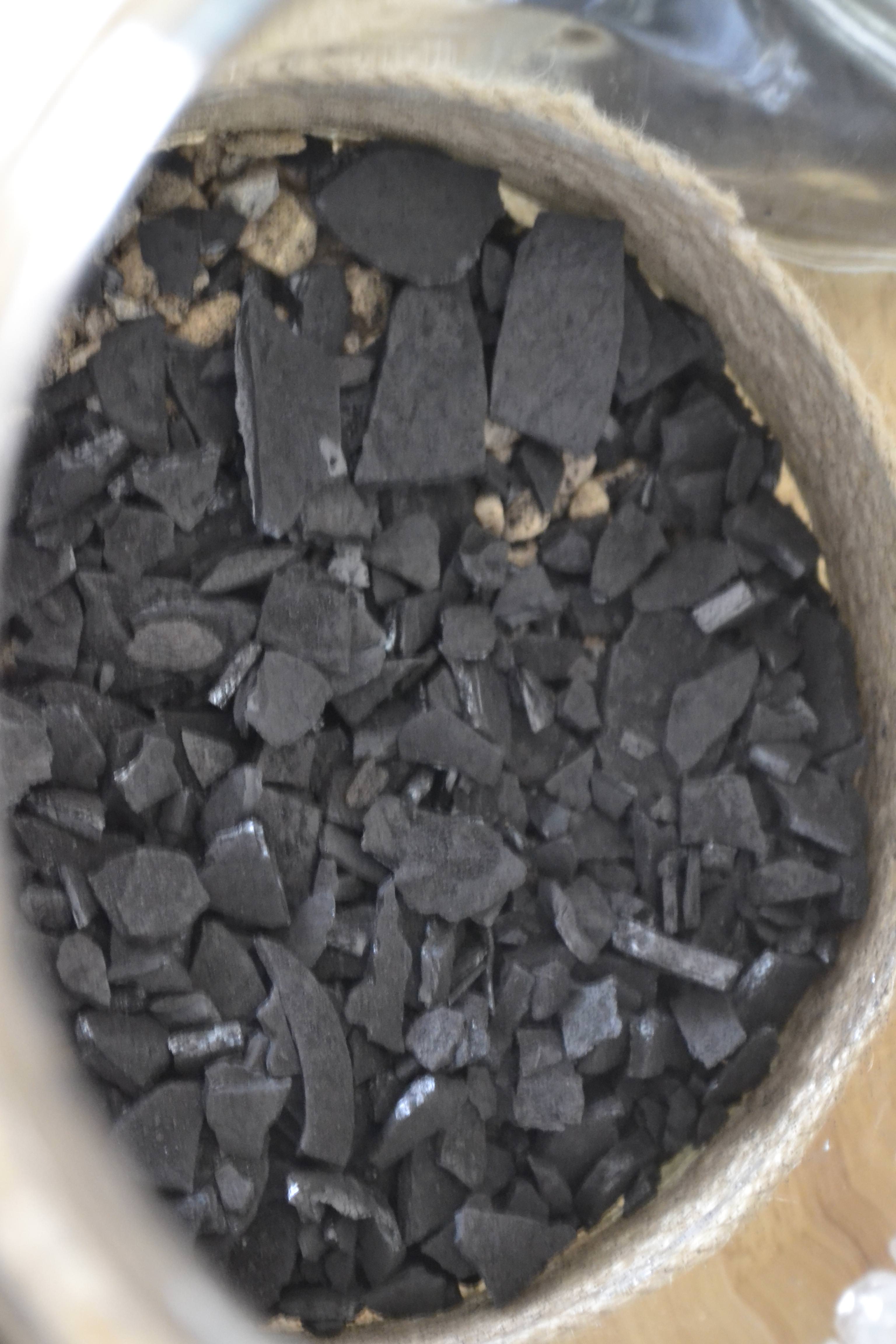 Next, a thin layer of soil was added. The plant was pulled from its current pot and shook off some of its existing soil and teased the roots out gently. The plant was placed in and then I gently built up the soil around it, trying to be careful not to cover the leaves. 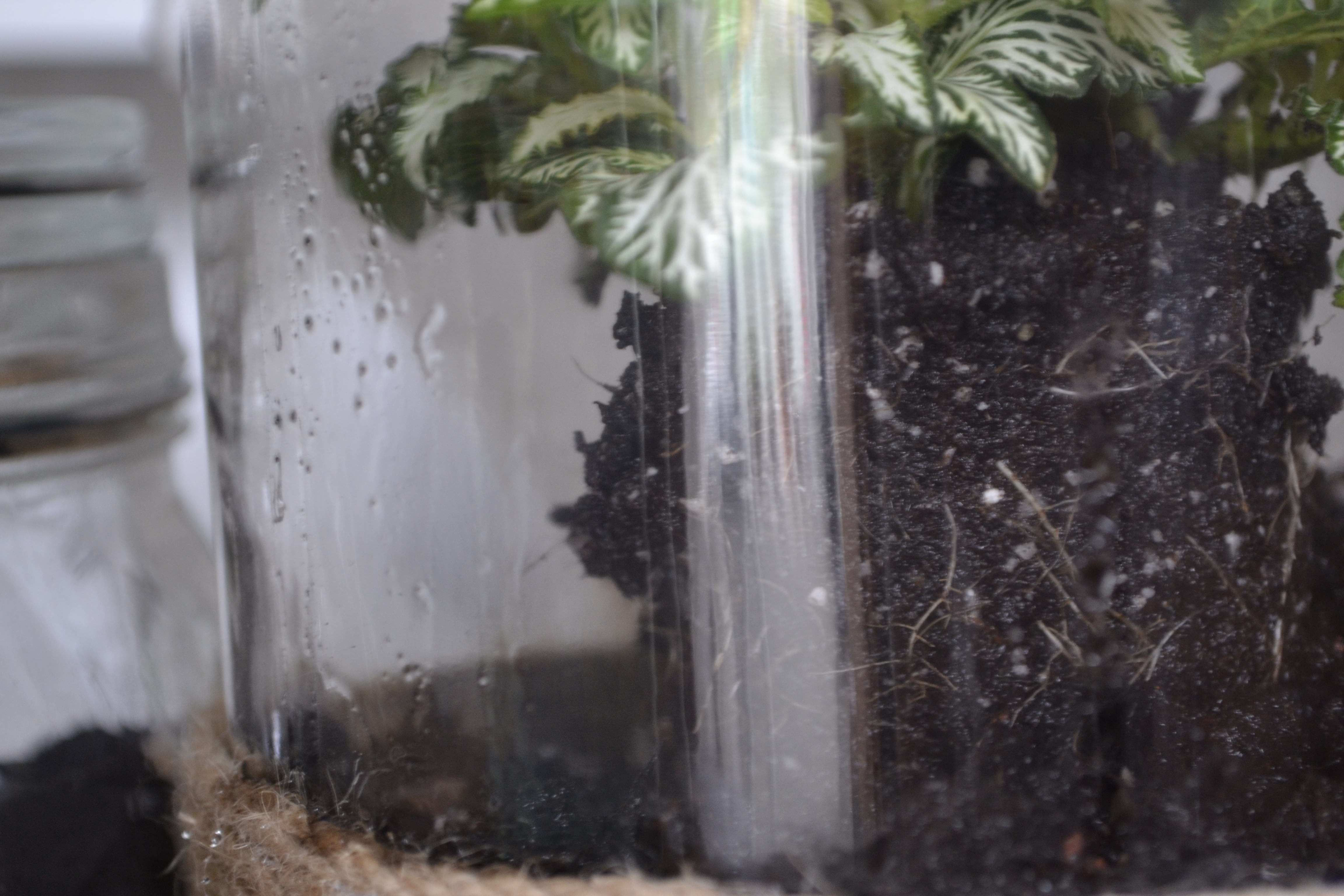 I then gave it a light misting. I can gradually add more if it is looking too dry over the next few days. 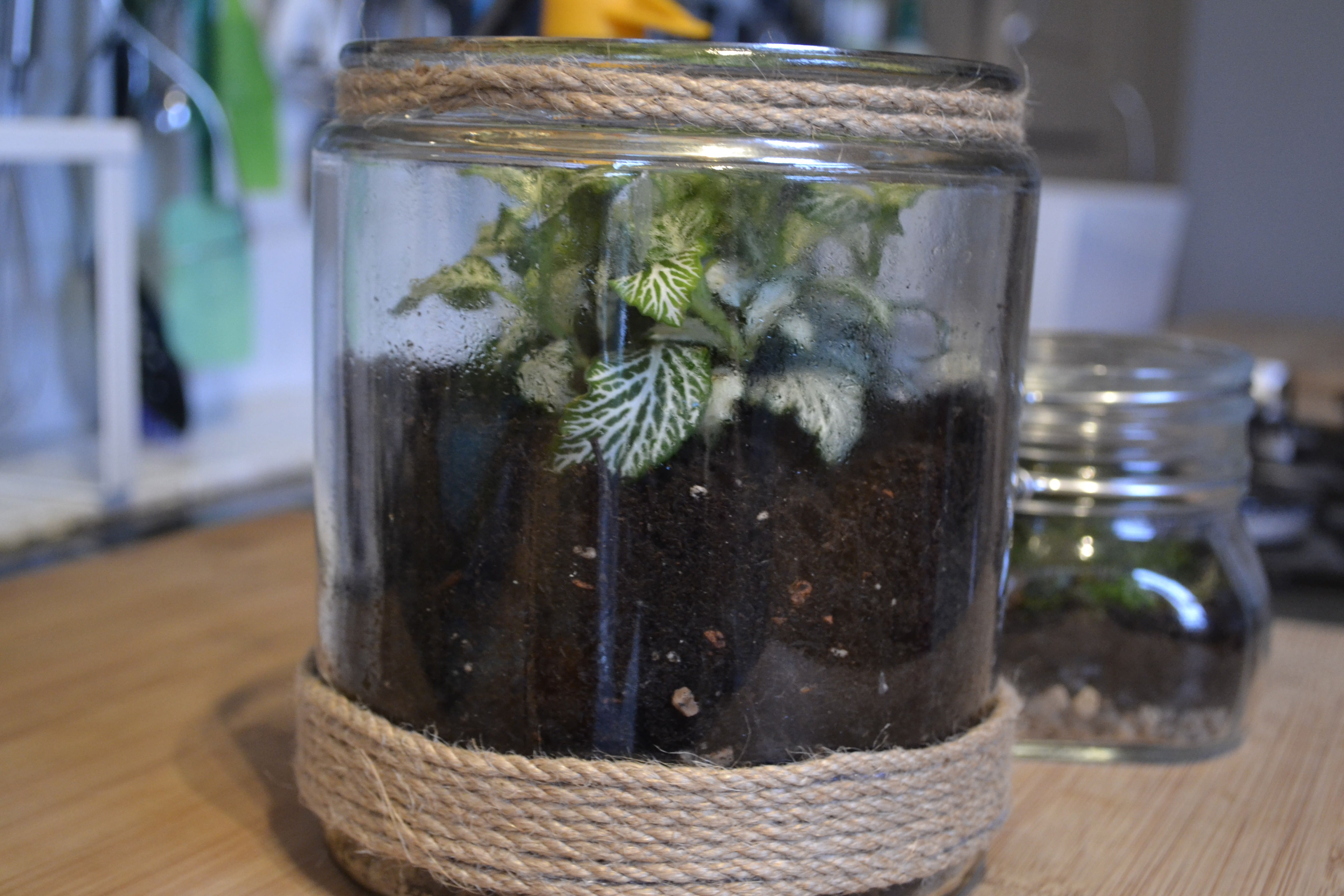 It will still need watering as it is still an open system, but hopefully, the little rim it has will help it out a little bit.

The end result is fairly pleasing. I’ve placed it in the bathroom where it will get some humidity anyway. I don’t know if it is too light a position, so will have to experiment a bit moving it around. The look isn’t quite right, the bottle should probably be a bit deeper, but fairly happy that it may survive another few months. 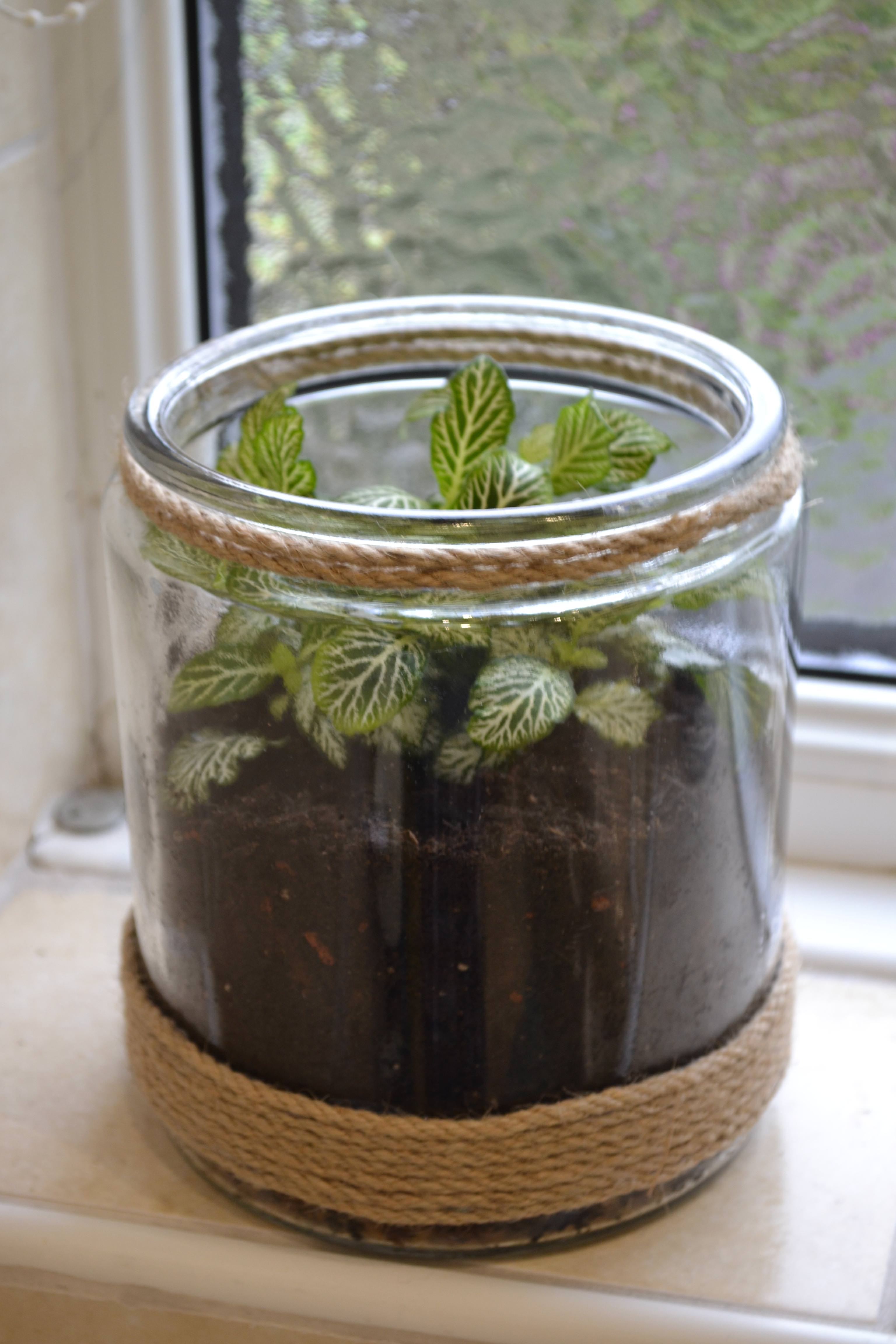 Hope you’ve found something of interest here. I will update in a few months as to whether it out grow it’s container straight away or shrivelled up and died.