As the forecast was rain during much of our week away we planned for days out that had both indoors and outdoor areas. Alice has shown a good interest in space as a topic over the last year so the science centre and planetarium seemed a choice.

On arrival, Alice was very excited about the bins. I think she possibly enjoyed them enough to justify the price of admission. When she was asked what here favourite parts were at the end of the day the bins were mentioned.

The main exhibit area upstairs had lots of displays around the science of sound. Lots the kids can get their hands on and lots of visual displays of how sounds travel.

The planetarium show was great fun. We were shown several key constellations and then taken on a journey through the planets.

There were several displays downstairs showing visual illusions. Tricks of the mind. The little/big room was like an Alice in Wonderland illustration with the room appearing normal but shrinking in the corners.

In the middle is a space for experiments. They had different shows about every half an hour or so. Here they built up pressure in the tubes to fire socks up to the roof. Alice watched and cheered along.

Alice picked her souvenir, a space ted which she showed around the space are.

A Lego model of how we move around the sun.

The outside area had been set up for a butterfly trail but it was a bit wet so there weren’t many to be found.

A gatepkeeper sheltering on yarrow.

A caterpillar hiding on scabiosa.

It was starting to get busy when we left just after lunch but we’d had plenty of time to go around the centre. It kept Alice’s attention well and she came away happy. Well worth a trip to.

Last year for my birthday my mum bought me a rather lovely hebe. Unfortunately it had lost its label. I have a vague idea of what it is, but I’d like to try and grow another. I’ve had reasonably good success at keeping bought plants alive, but I’m trying to establish more now from seed and from cuttings. Partly to develop my gardening skills and partly to garden frugally.

So just before Christmas I took two cuttings of my hebe. I had a theory that it would root just in a jar of water as it is similar to willow, though on a different scale of size. I couldn’t find any references to this, but thought I’d give it a try. In my work as a teacher I wanted to show the children how roots develop. So I think they would have rooted easily in a pot of soil, but it’s nice to see them develop.

Two months on it looks like my theory was right. They have both started to form good root structures. 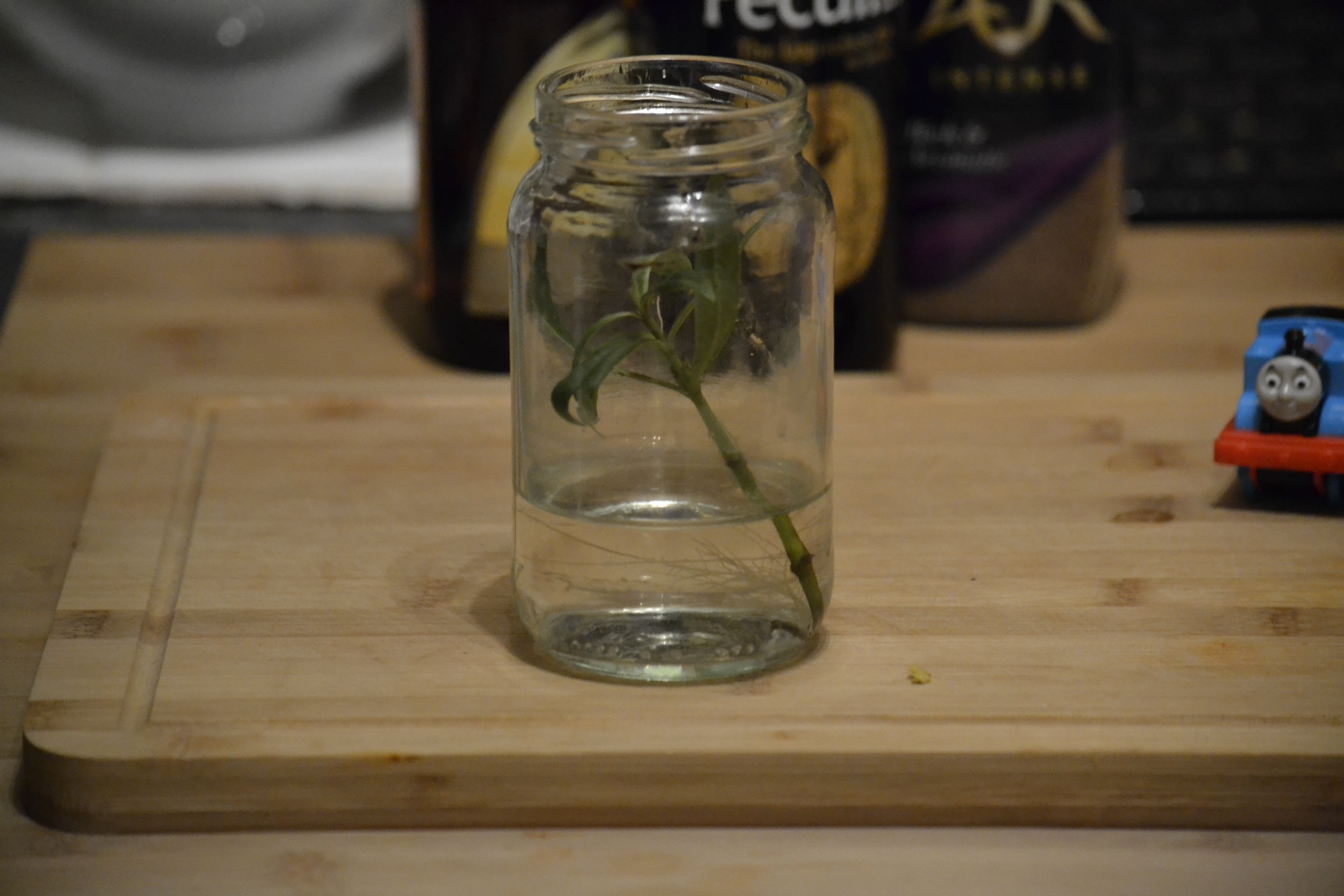 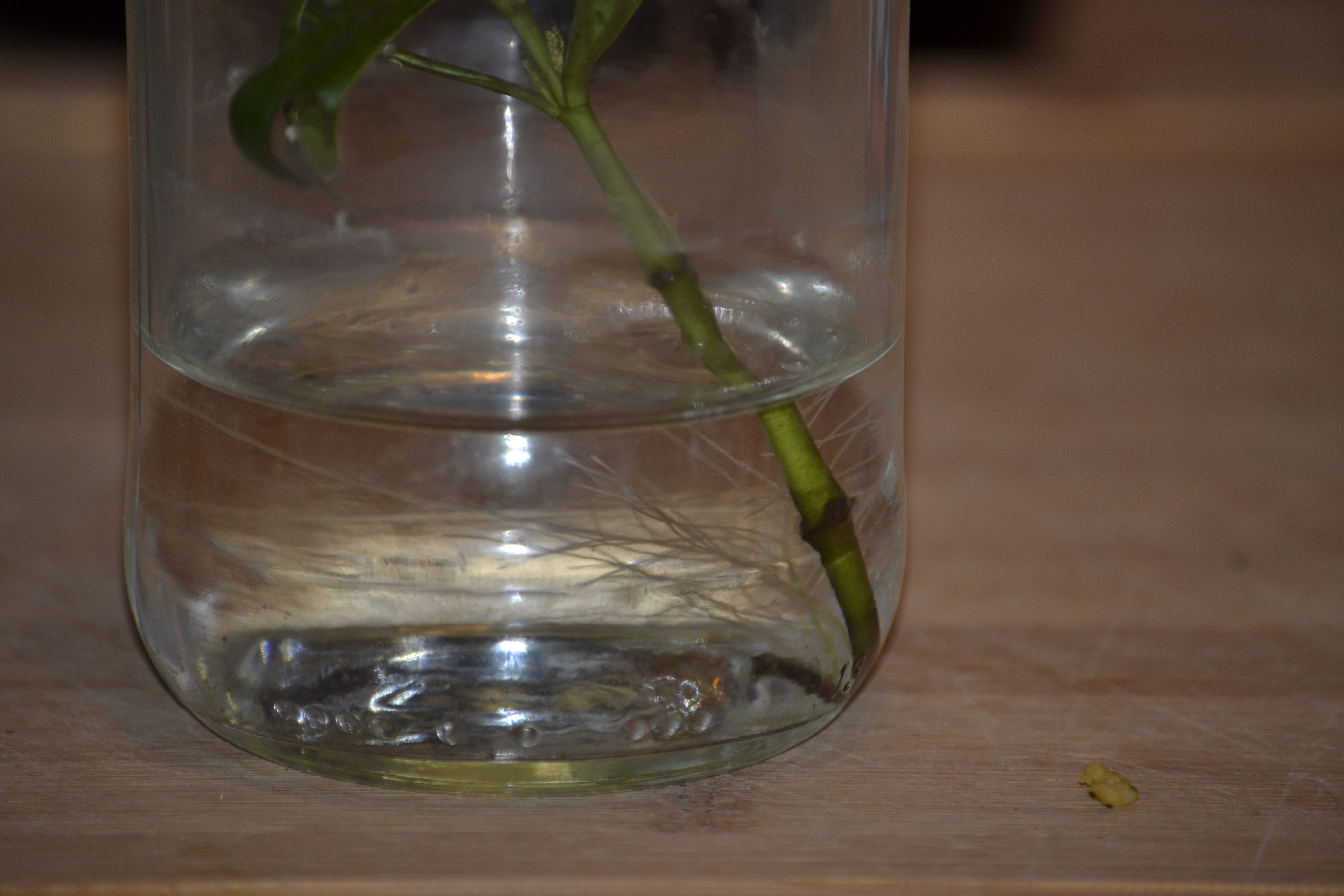 I think it’s time to transfer to soil, so I’m starting them in the mini terracotta plug pots. So with soil added I’m now going to see if they grow to go on to fill a larger pot, then eventually, with some luck and care, they’ll make it outside. 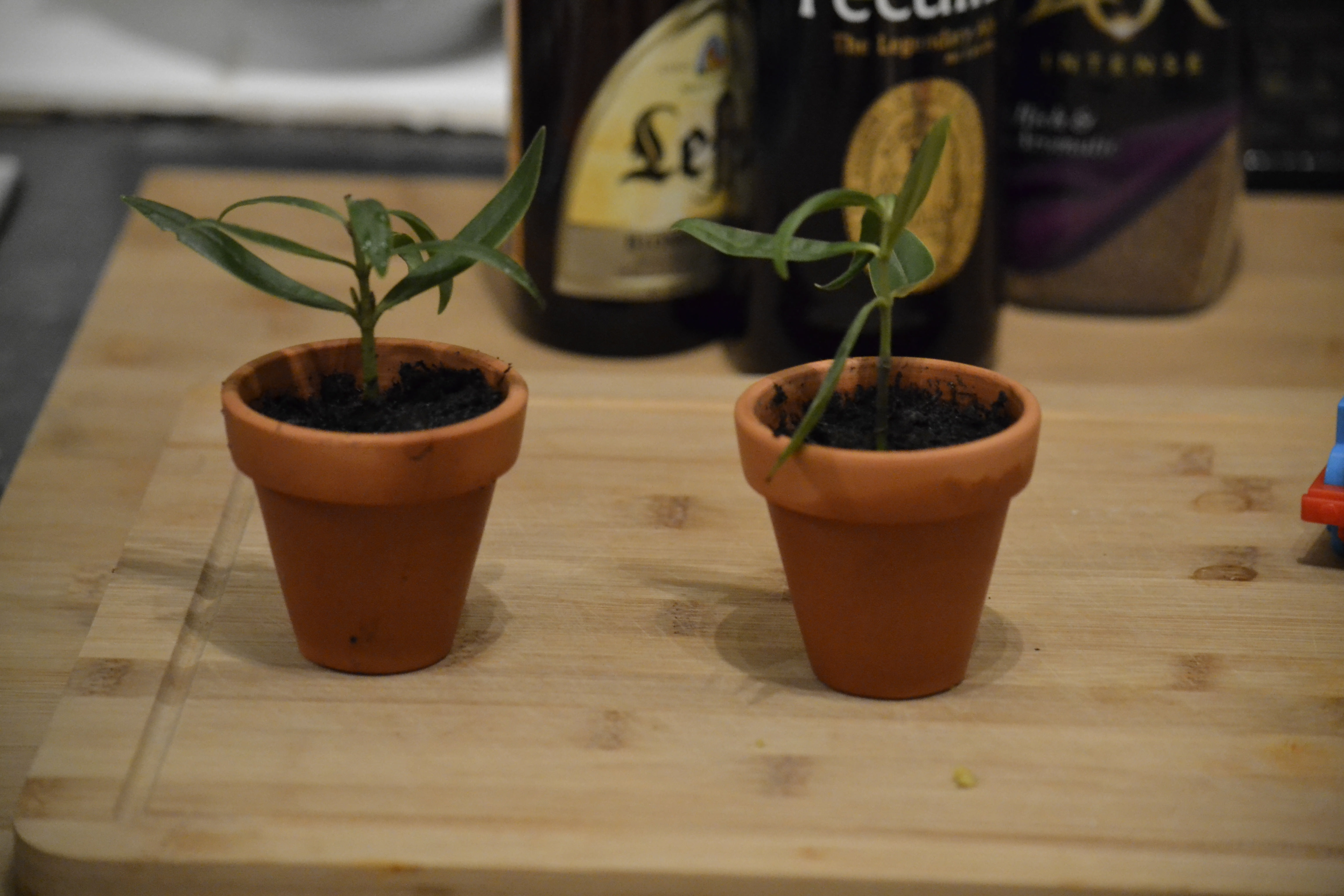 I’ve no idea if it will work out or not. Wish me luck! But even if it doesn’t the experiment hasn’t cost me anything to attempt.