Halloween has been and gone. Our Halloween efforts were a little lack lustre, just the traditional pumpkin. 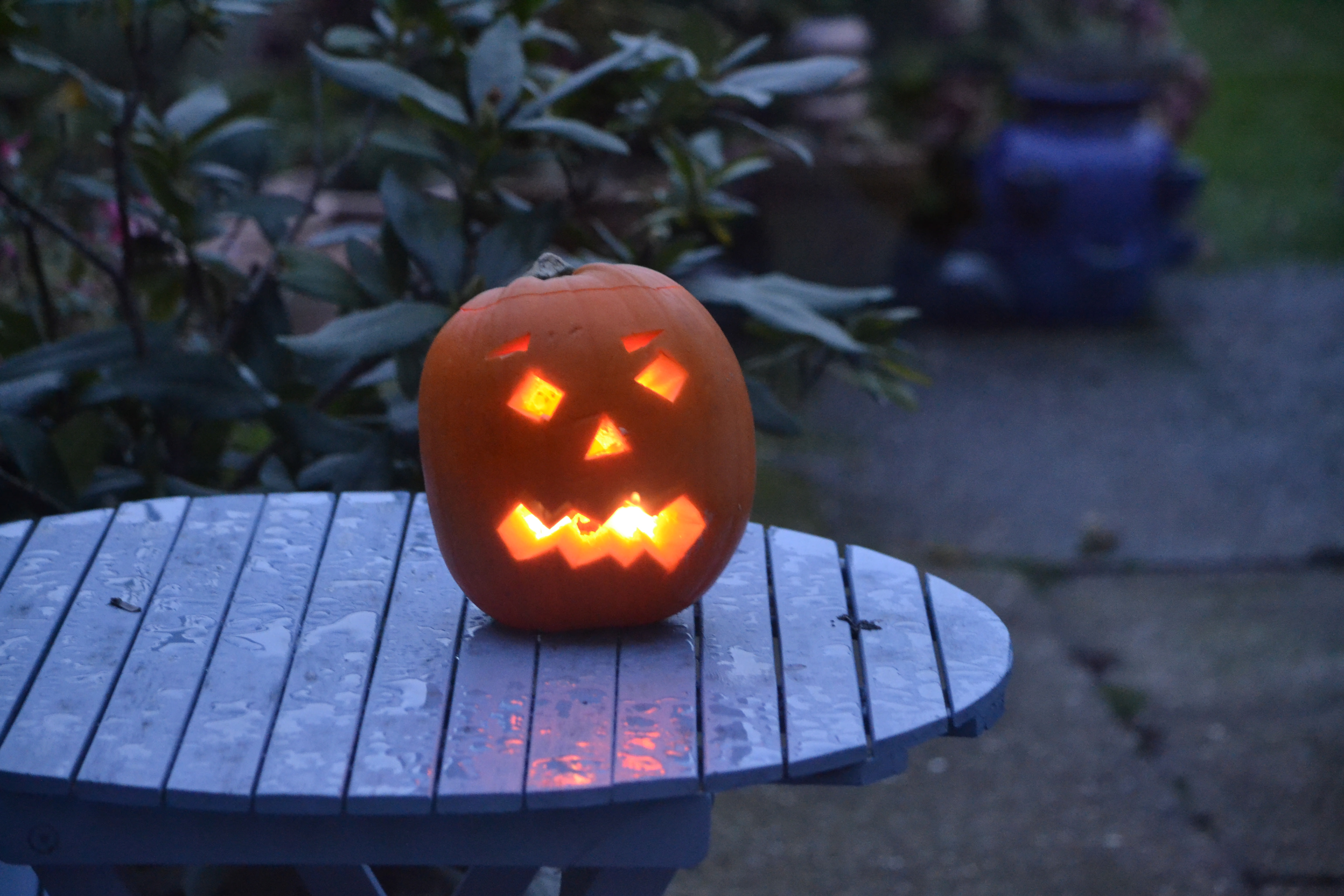 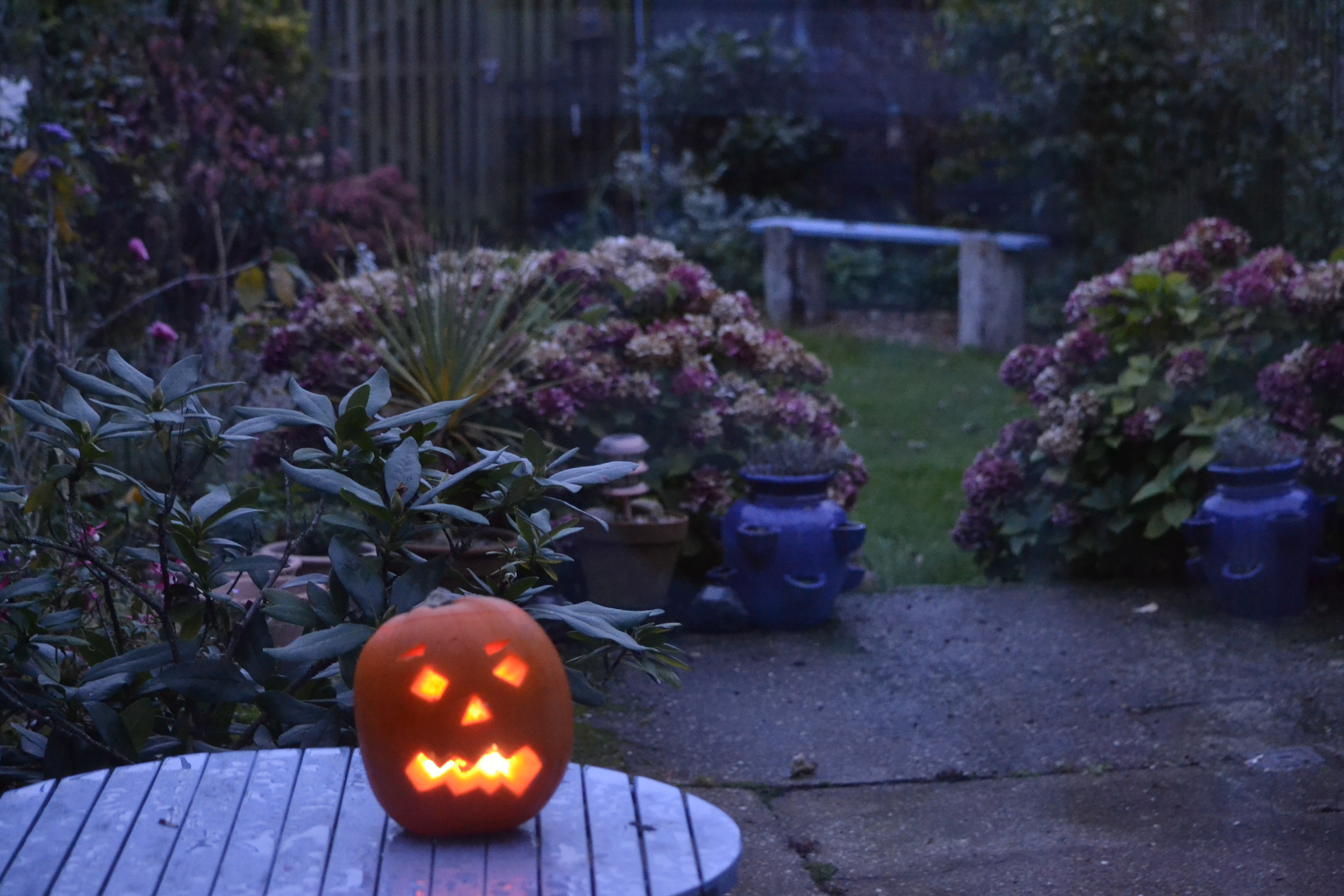 Alice was quite interested in it though. She kept coming back to check it out. 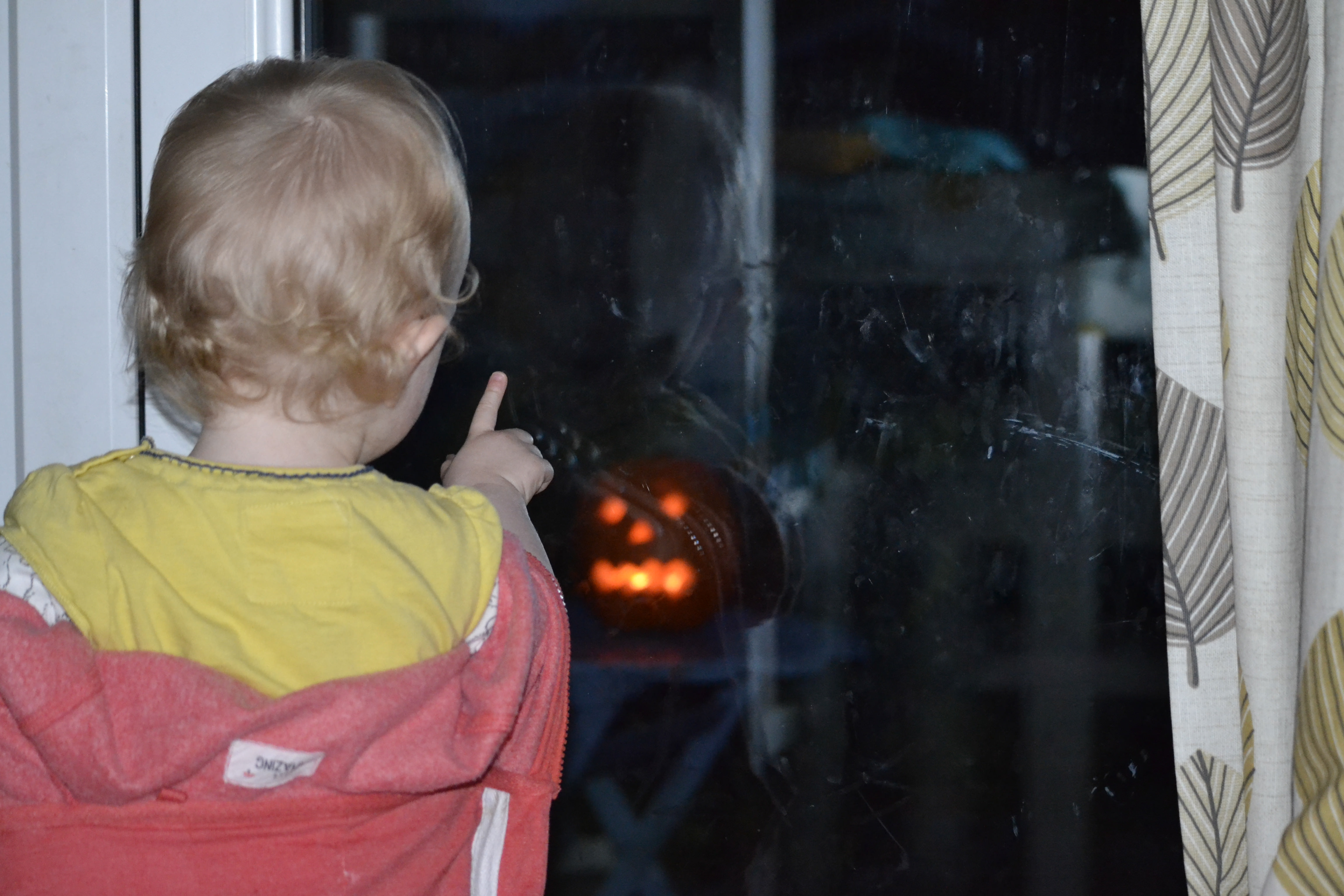 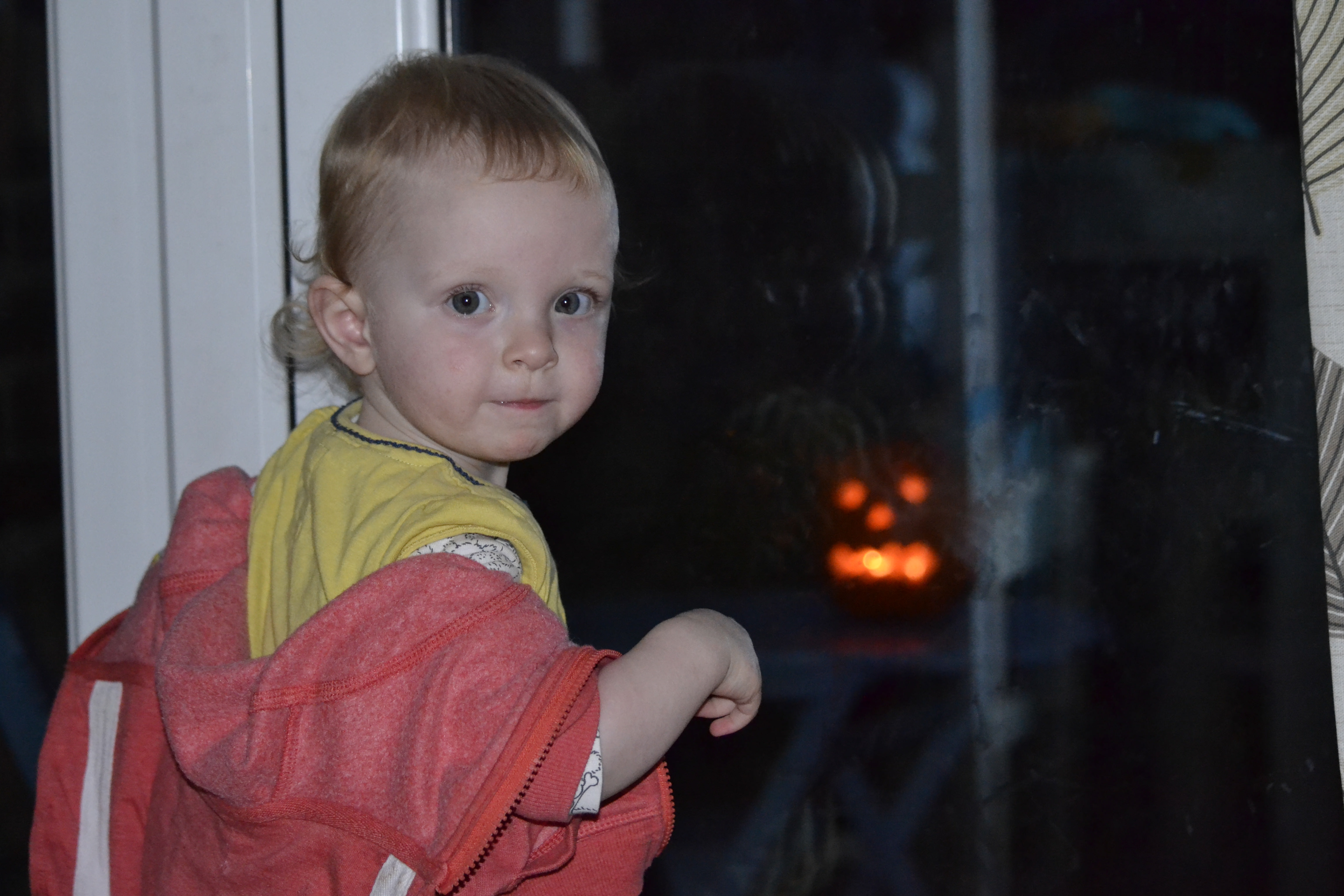 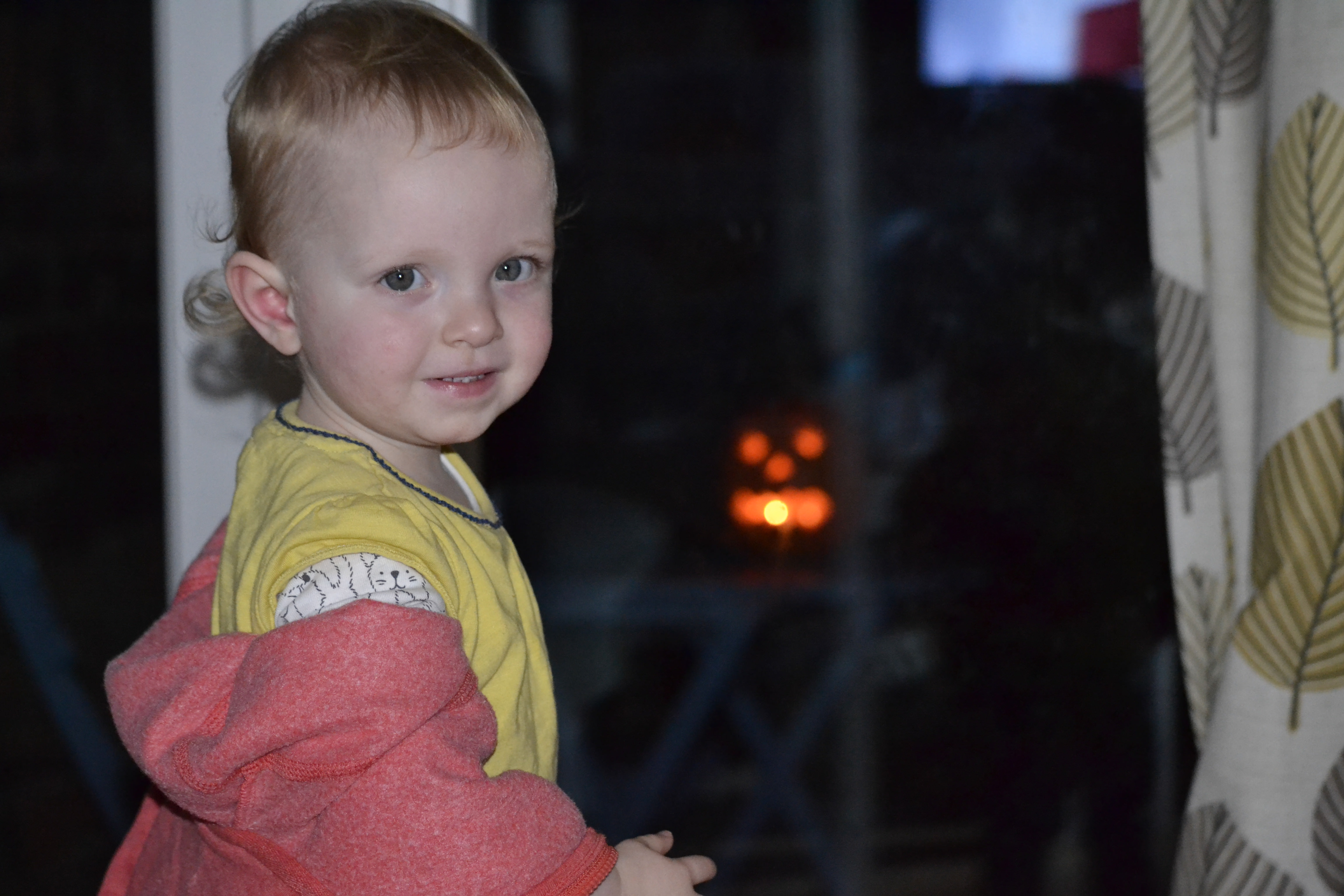 The Halloween Jack O’ Lantern is thought to have originated in Ireland where a face was carved from a turnip or mangel wurzel. Traditionally they were carved into grotesque faces, but now people have made it an art form with intricate pictures being carved into their pumpkins. The face would be placed to ward off evil spirits at Samhain. Samhain being the festival that brings in the darker part of the year. Samhain is a liminal time. A time when the boundary between worlds is weaker. A time the spirits of fairies can return.

Settlers to America changed to using pumpkins as a bigger, easier substitute to carve than turnips. If you’ve ever tried to hollow a turnip in the traditional way it isn’t easy. The Jack o’ Lantern being immortalised as a pumpkin in literature by the headless horsemen of Washington Irving’s Sleepy Hollow.

The name Jack o’ Lantern has several associated stories. My favourite is Stingy Jack. Jack was a miser. Never paid for anything. He invited the devil for a drink. True to form when it came time to pay he asked the devil to transform into a coin to pay for the round. Jack changed his mind and put the devil coin back in his wallet with a silver cross stopping the devil changing back.

Jack only agreed to release the devil on the condition that he wouldn’t take his soul to hell when he died. The tale goes on with Jack tricking the devil several more times.

When Jack eventually dies he can’t go to hell where he belongs and heaven won’t accept such an unscrupulous individual as Jack. So the tale ends with the devil giving Jack a lit coal to light his way in limbo. Jack places the ember in a carved turnip and has wandered the world since.

The tale has much in common with my favourite Jim Henson storyteller episode the soldier and death. In this story a soldier tricks devils and death ends his days unable to access heaven or hell. Again he is forced to walk the world for evermore. Well worth watching or reading up the folk tale. Maybe one for another Folklore Thursday. For now I’ll leave you with one of the best intros to a TV series.