After a wet Saturday last week, I managed to get out to plant some of the bulbs for next year. So this week will mainly be pictures of packages of what may potentially grow next year.

I purchased a bulb planter. Like much of the nation I saw Monty Son planting his bulbs with ease using one and thought it would save time. I reckon bulb planters sales must have rocketed a few weeks ago when Gardeners World viewers watch Monty plant his bulbs with apparent ease. While not as good as his and the plugs of earth didn’t come out as smoothly as his, it did save time. 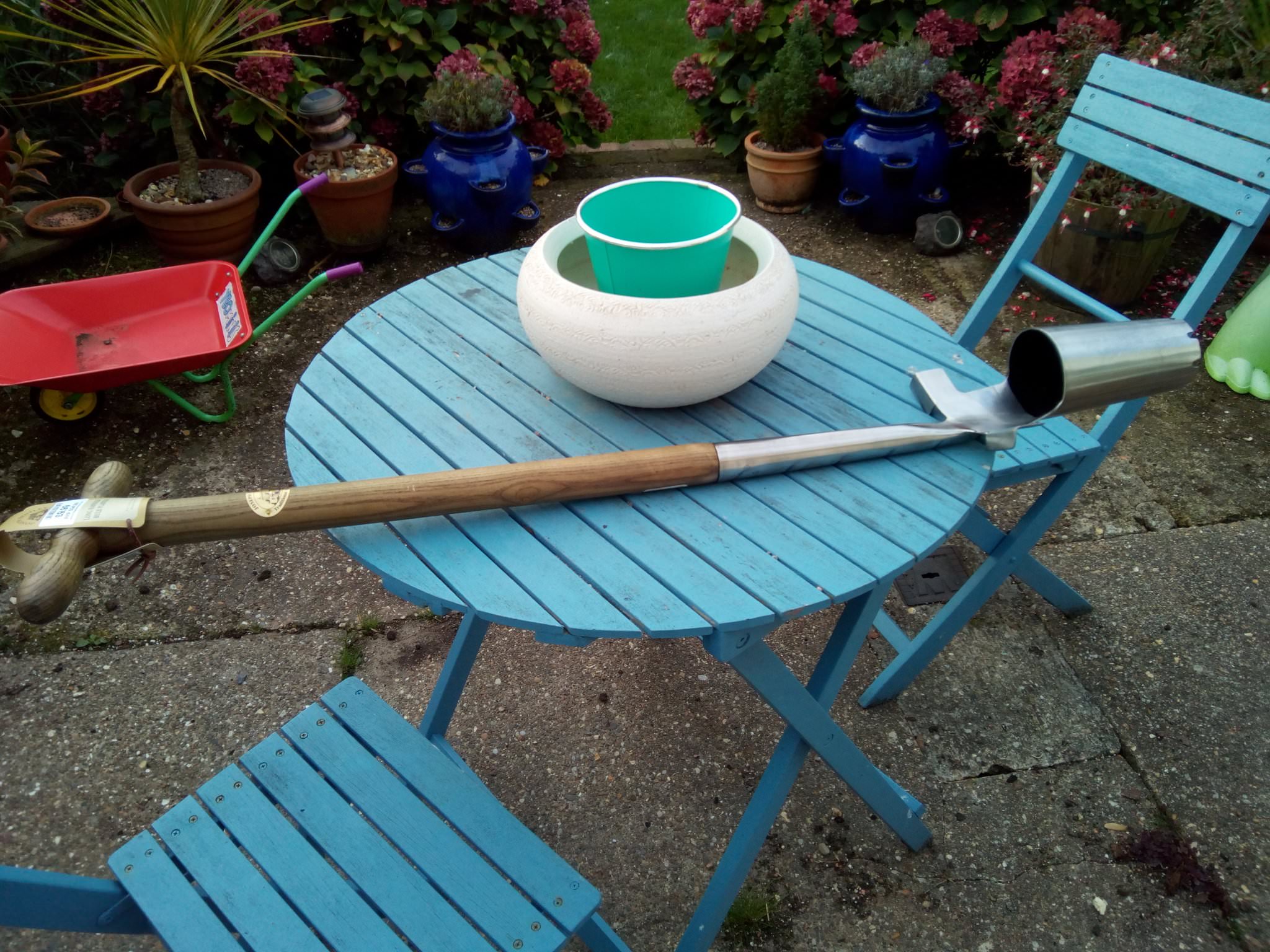 I’d mentioned to my mum wanting some smaller varieties of daffodils in the garden. She bought me two packs of these. I’ve spread them around the border. I have plenty of longer varieties in the ground from previous years, but having a few different heights spreads the season of interest. I should have some flowering earlier and some later. Last year depending on their position affected flowering times. The shadier corner taking longer. 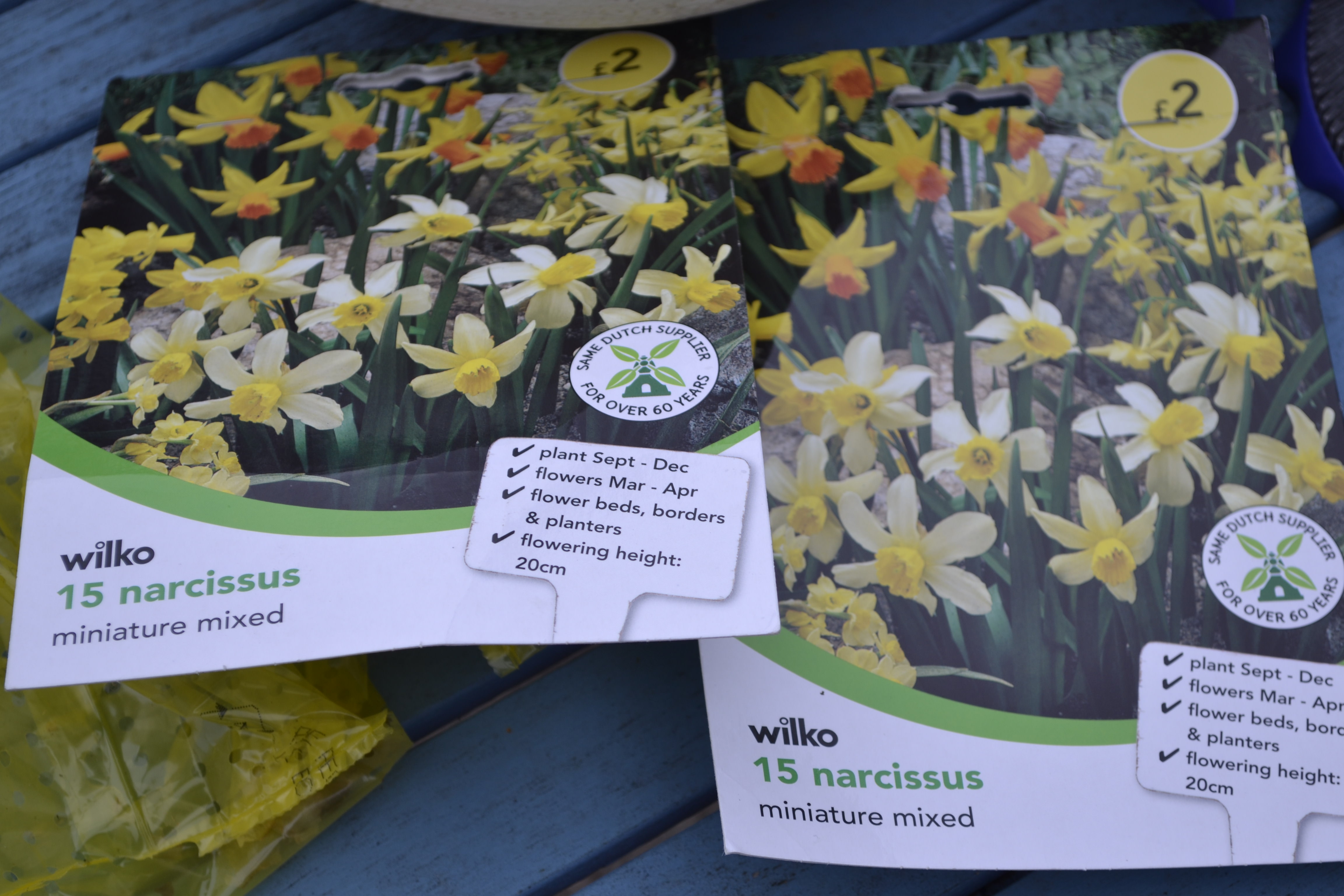 I already have some purple sensations dotted in the border. Some are now in areas of thick growth where they don’t show, so a few more in new spots will make sure these bee favourites are poking out. 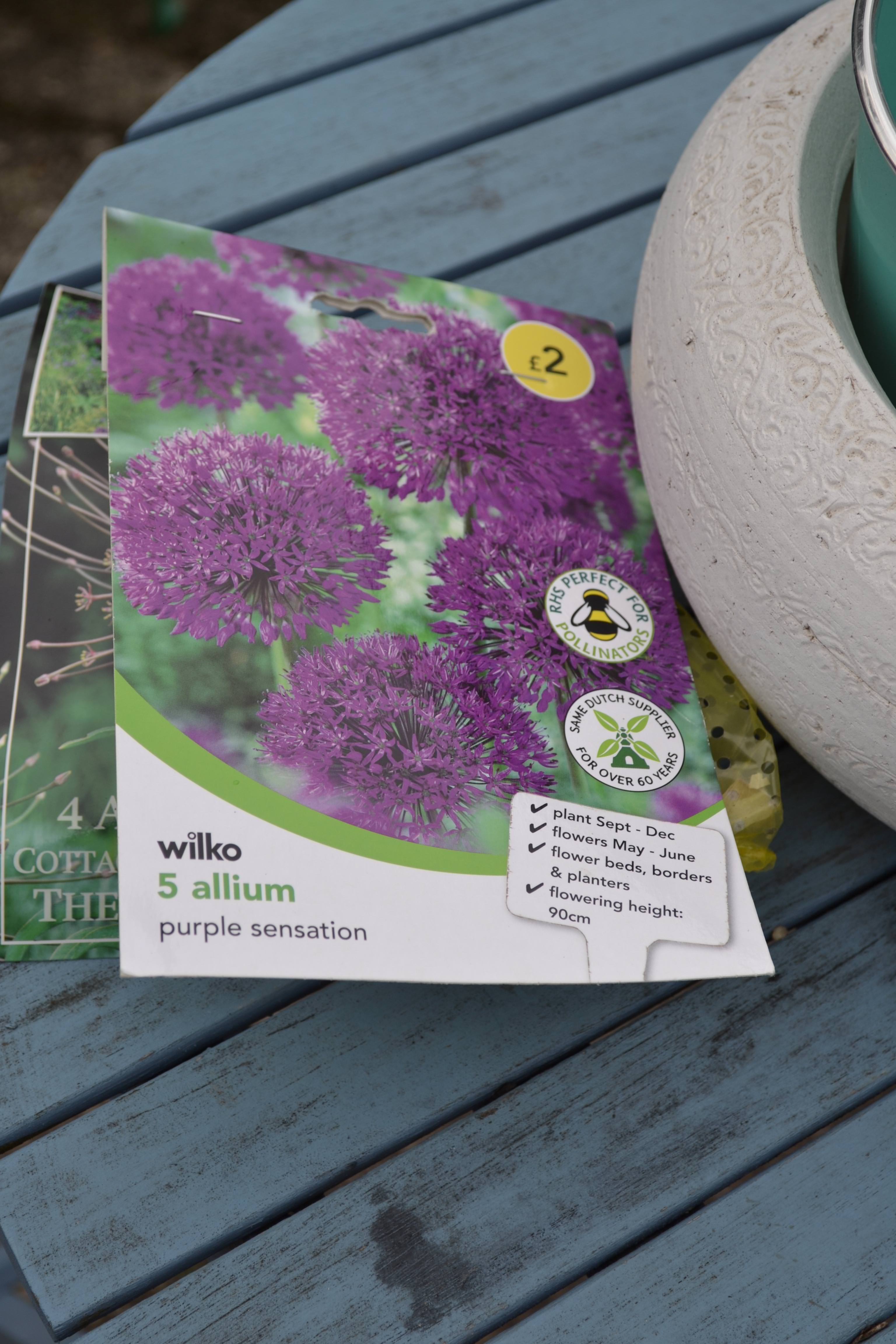 This year I planted tulips for the first time. I never liked the standard red variety that makes up bedding planting across the country, but I’m starting to find other varieties I think are actually attractive. In the main borders I had queen of the night and Little Red Riding Hood tulips giving a nice display of red and deep purple. The Little Red tulips were pleasant, but not as rich and Scarlett as the photos suggested on the packaging. I’ve topped up the queen of the nights. 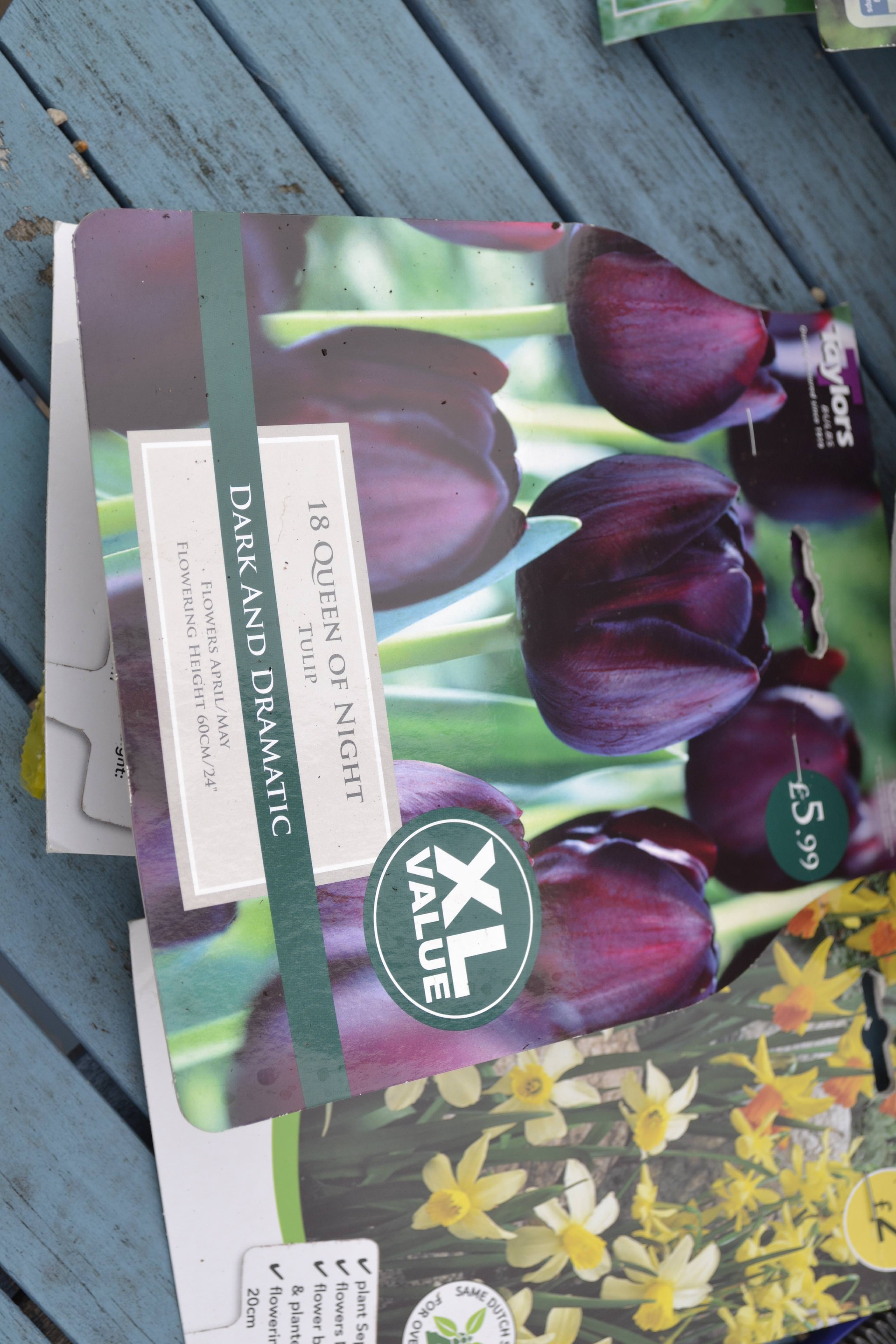 I like alliums and have a few varieties in the ground. A couple were stopped by slugs and snails this year, so need to look at that next Spring. I liked the messy explosive nature of the photo on this one. 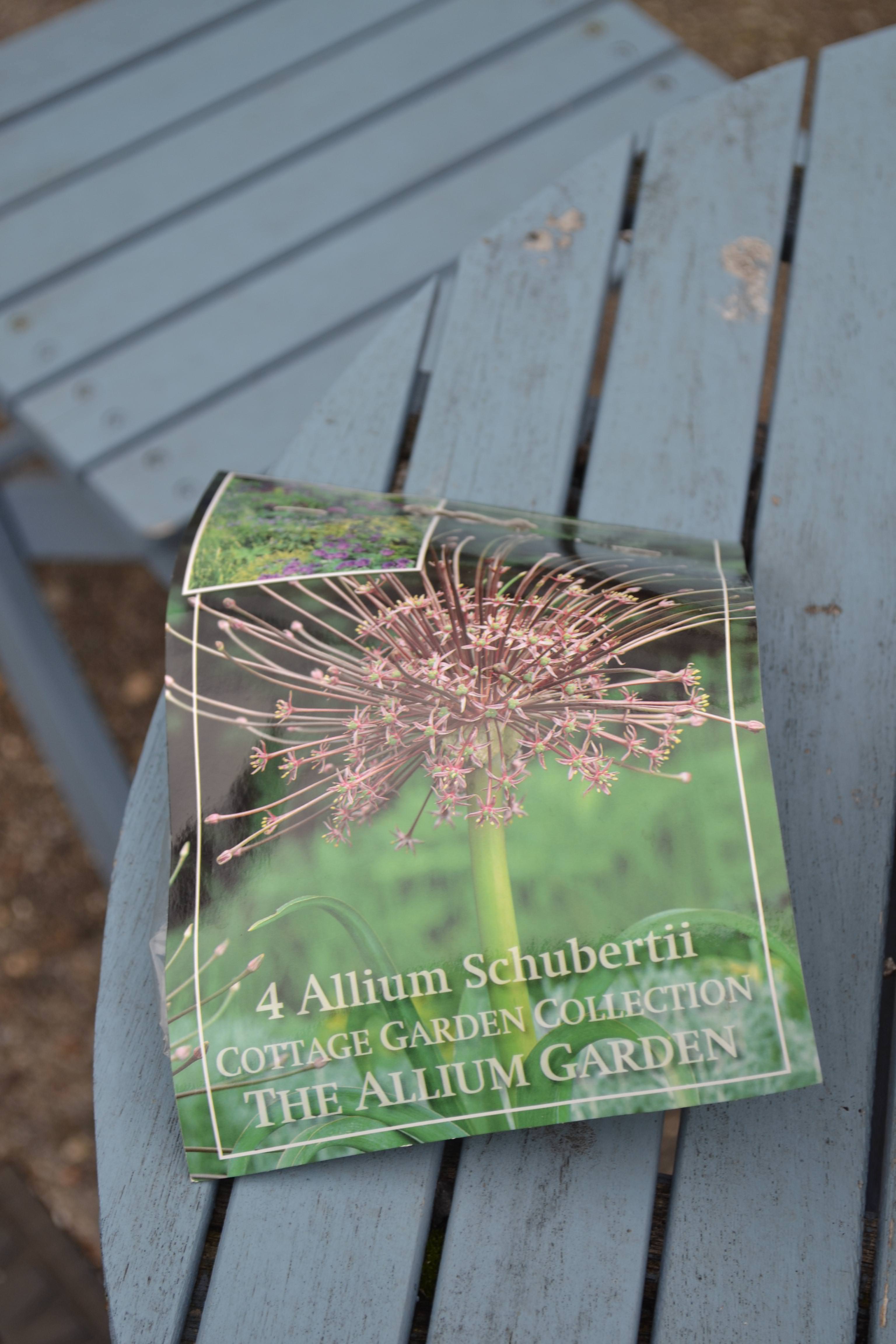 While I have more bulbs to go, six posts on photos of bulb packaging doesn’t seem that exciting. The teasel I’ve been growing has finally served its purpose. I grew it hoping to bring in the goldfinches. I have enjoyed the shape of the teasel sticking out a bit awkwardly in the border. The bees have loved it. But it was the goldfinches I wanted to bring in. Over the last week I’ve had little swarms of them delighting me. I haven’t managed a picture perfect shot yet as the sun has inconvinently been in the wrong position, but hopefullly see more of them. 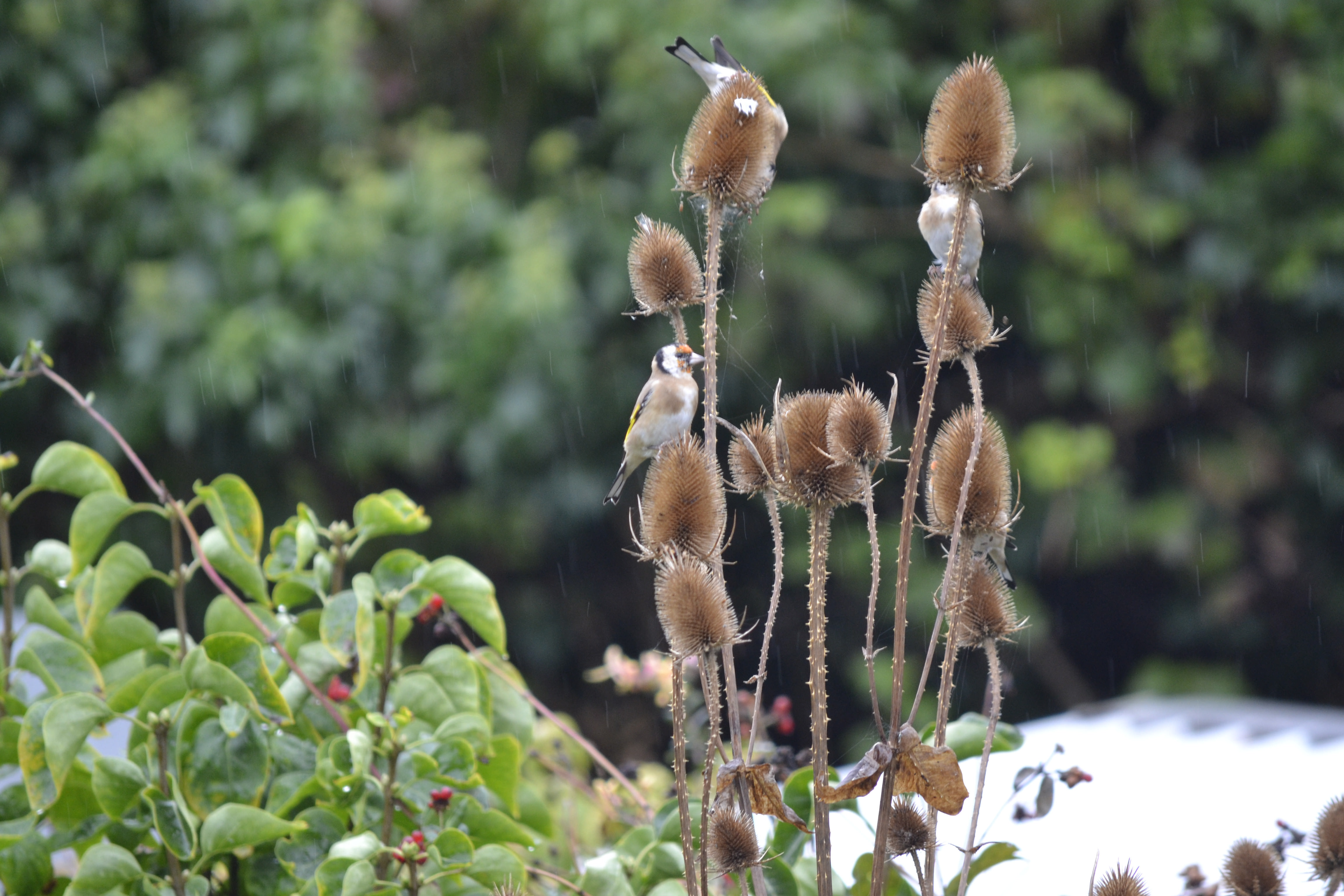 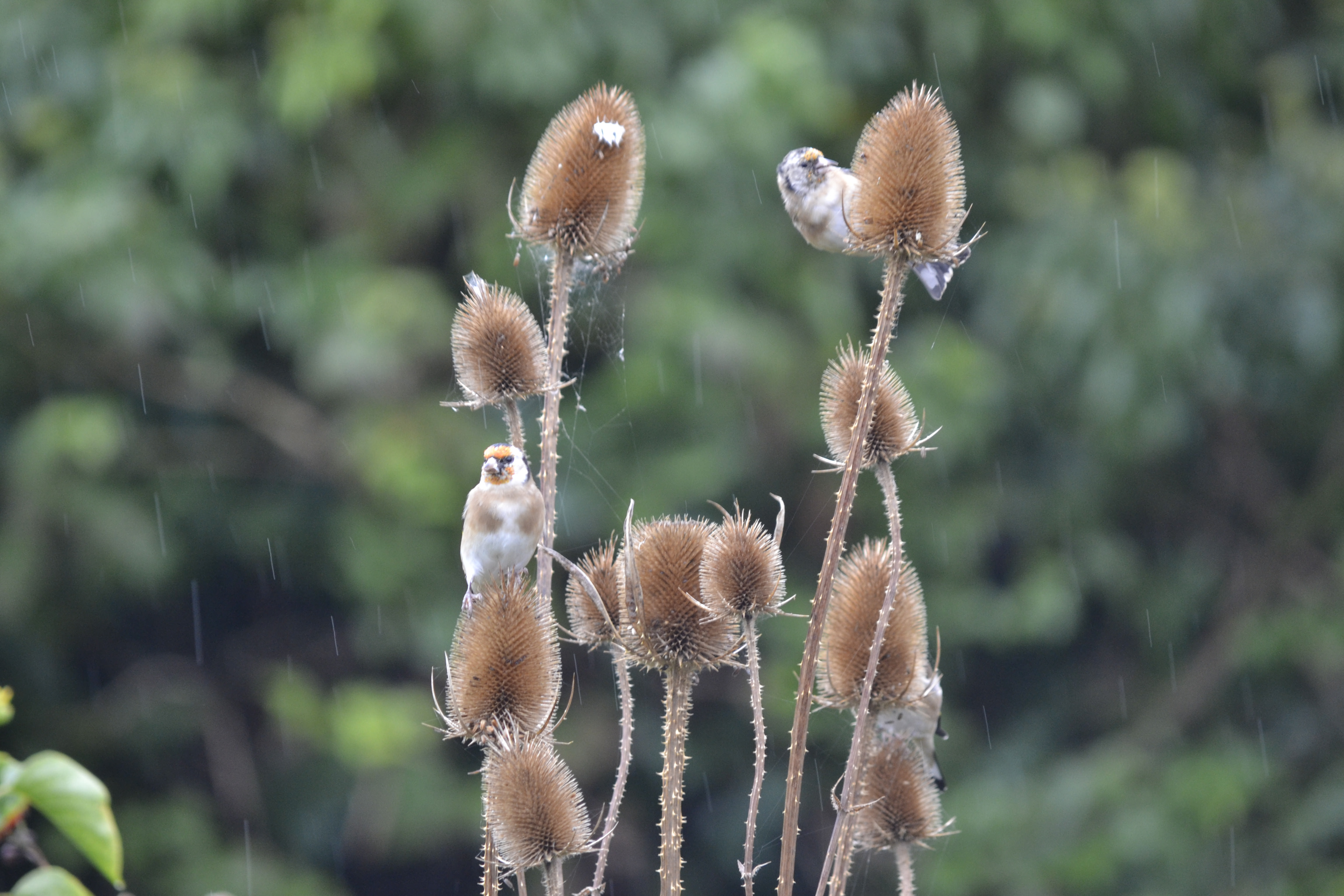 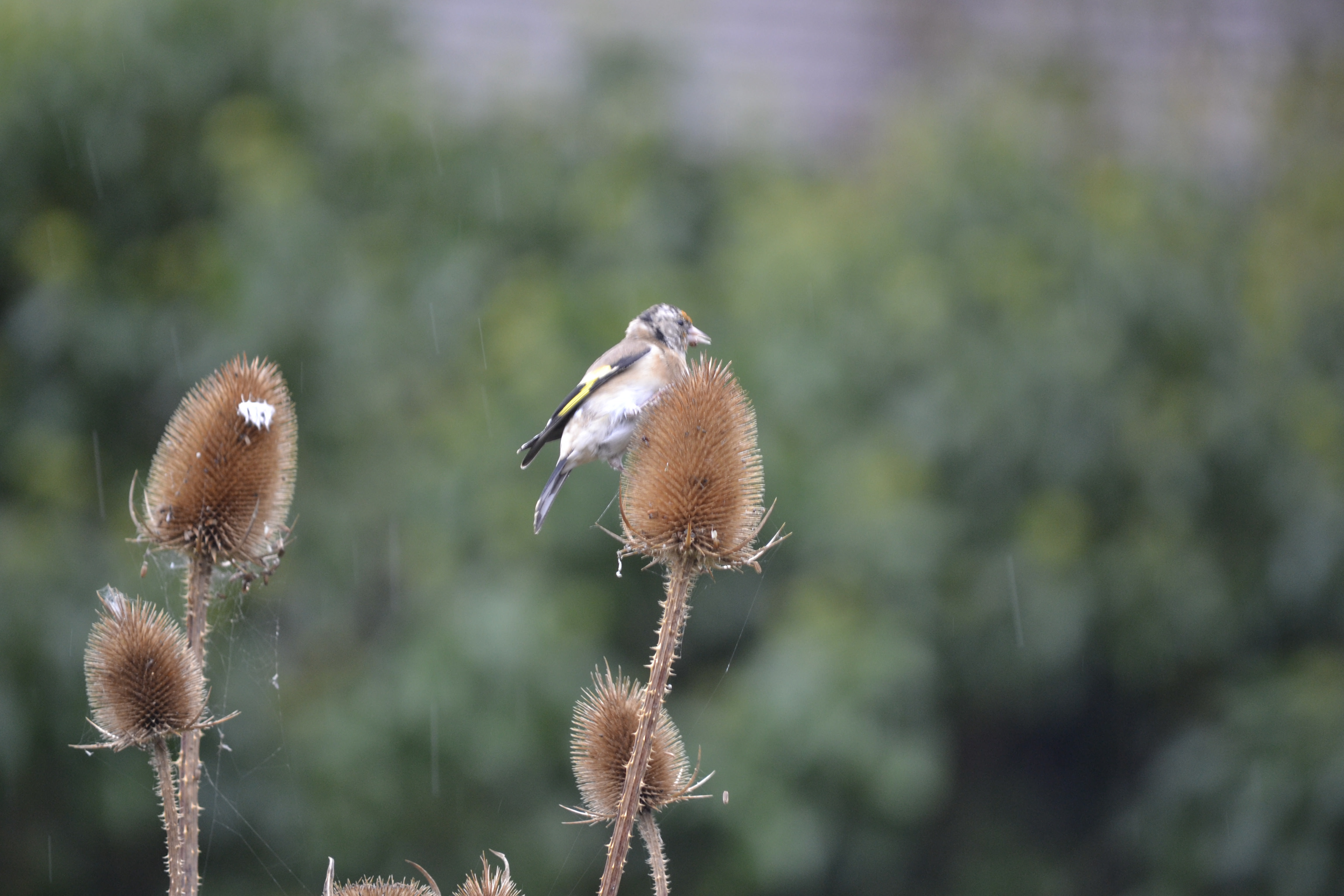 Hope you all enjoy the rest of your weekends. I have more bulbs to try to find space for inbetween school work as well as picking up all the blown over pots.