Last weeks snow is melting away so I thought we’d do a play day with a few snow activities while she is still interested in the subject. So I set up a small world tray.

Ice cream scoops and biscuit cutters are nice for moulding the snow. I used pine-cones for trees and the polar bears from her animal box. I try to avoid animals in small world trays that do not belong together when teaching about a specific area, so the penguins were left out as they live poles apart. A fact Alice may have had drilled into her. Something of a pet hate in small world trays. I know most people don’t care but I think the detail is important. If Alice had gone to get the penguins I wouldn’t object but I won’t start it that way. 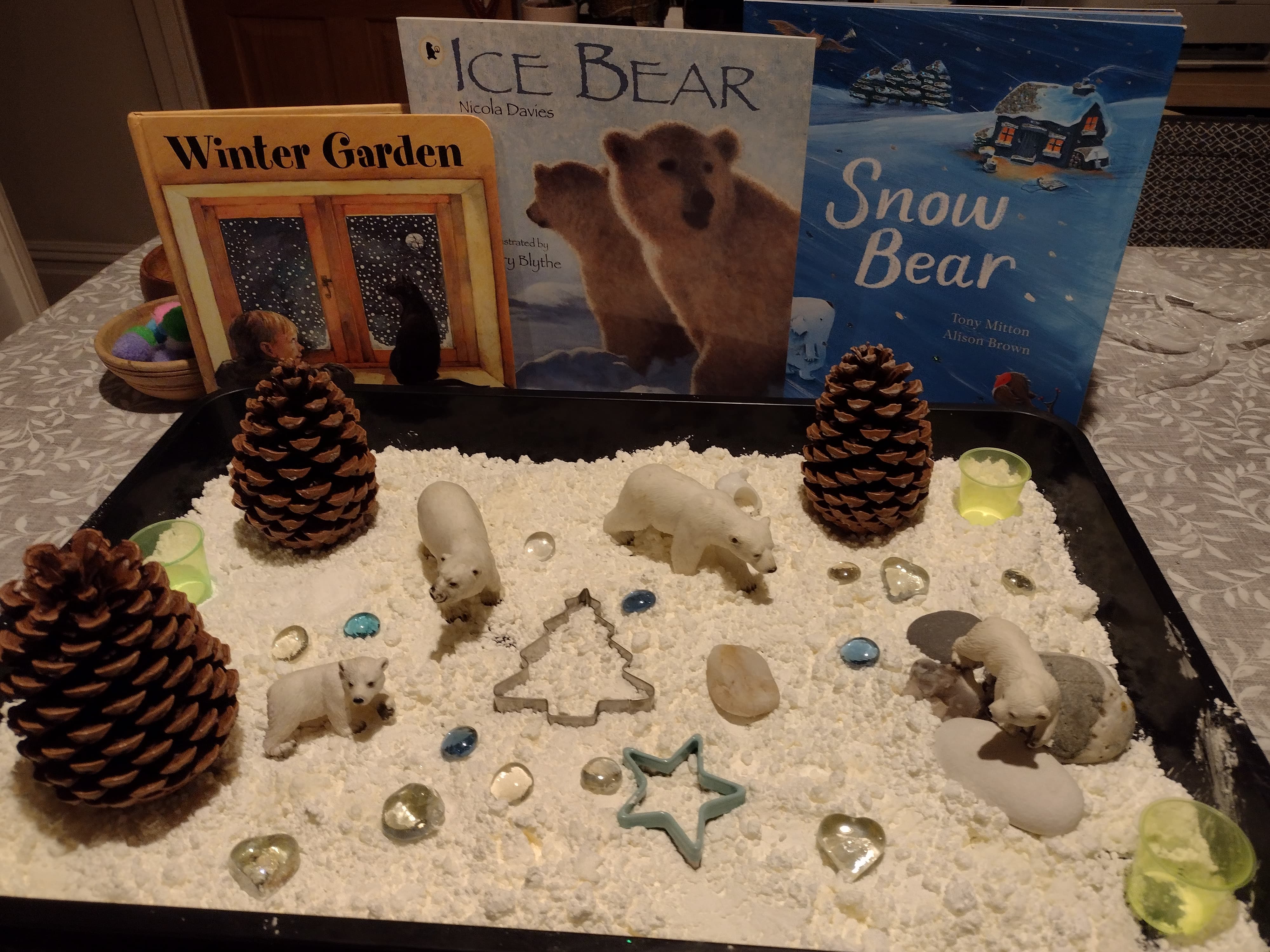 A lot of the books around snow are connected with Christmas. These are three snow-themed without touching on Christmas. Ice bear is particularly good with the book touching on the Inuits as well as having polar bear facts. 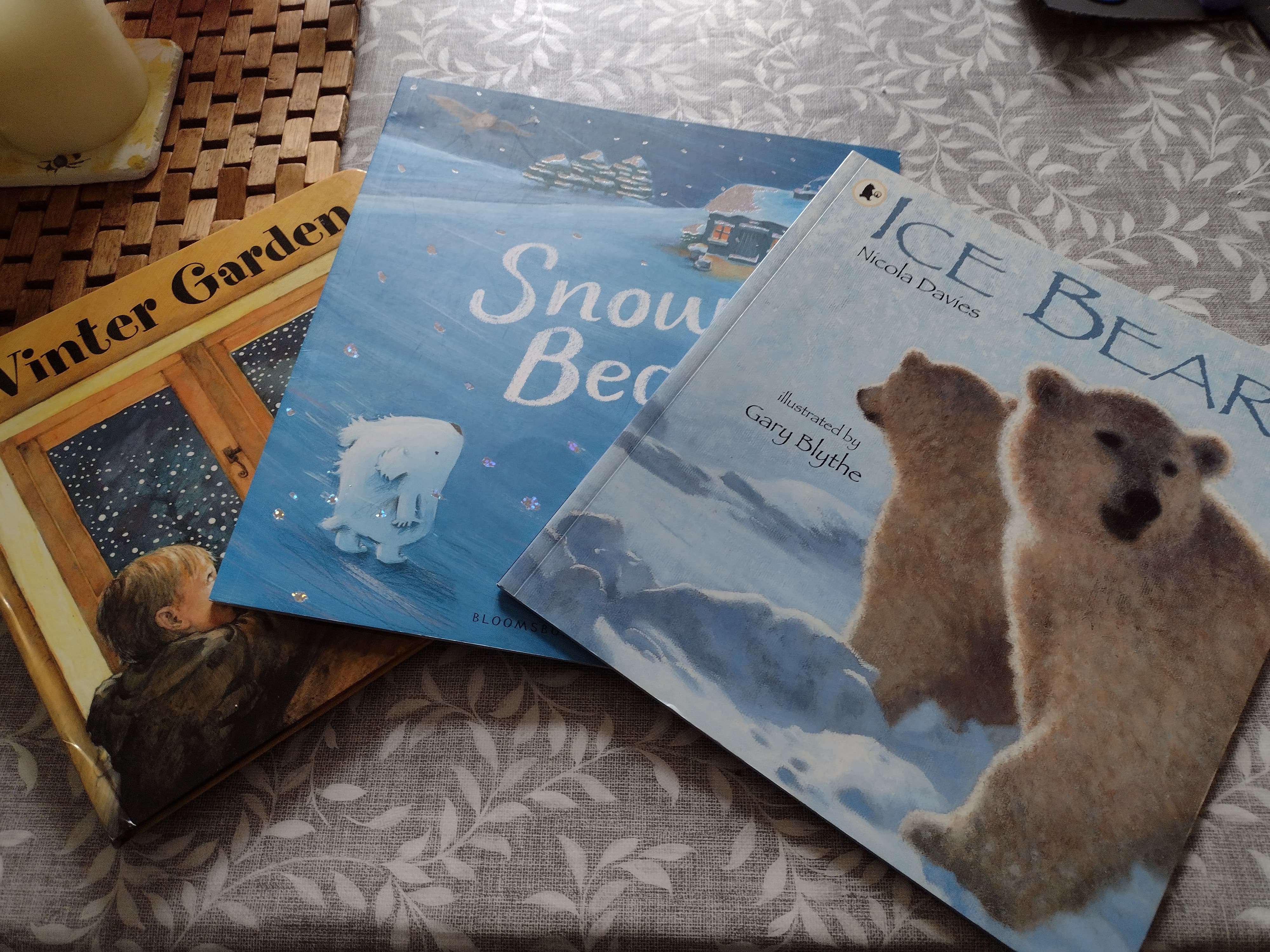 The snowy day is a favourite, though I don’t have my own copy. I’ve always made used of ones in school. Alice has watched this little animation several times now. it covers all the best things to do with snow. There is a longer version made by Amazon Prime, but it does touch on Christmas.

Alice enjoyed playing with the small world tray. She is very much in the familiar family play stage with the bears being mummy, daddy and baby. But that was why I picked the ones I did. She moulded the snow with the cutters and made a snow castle with shot glasses. 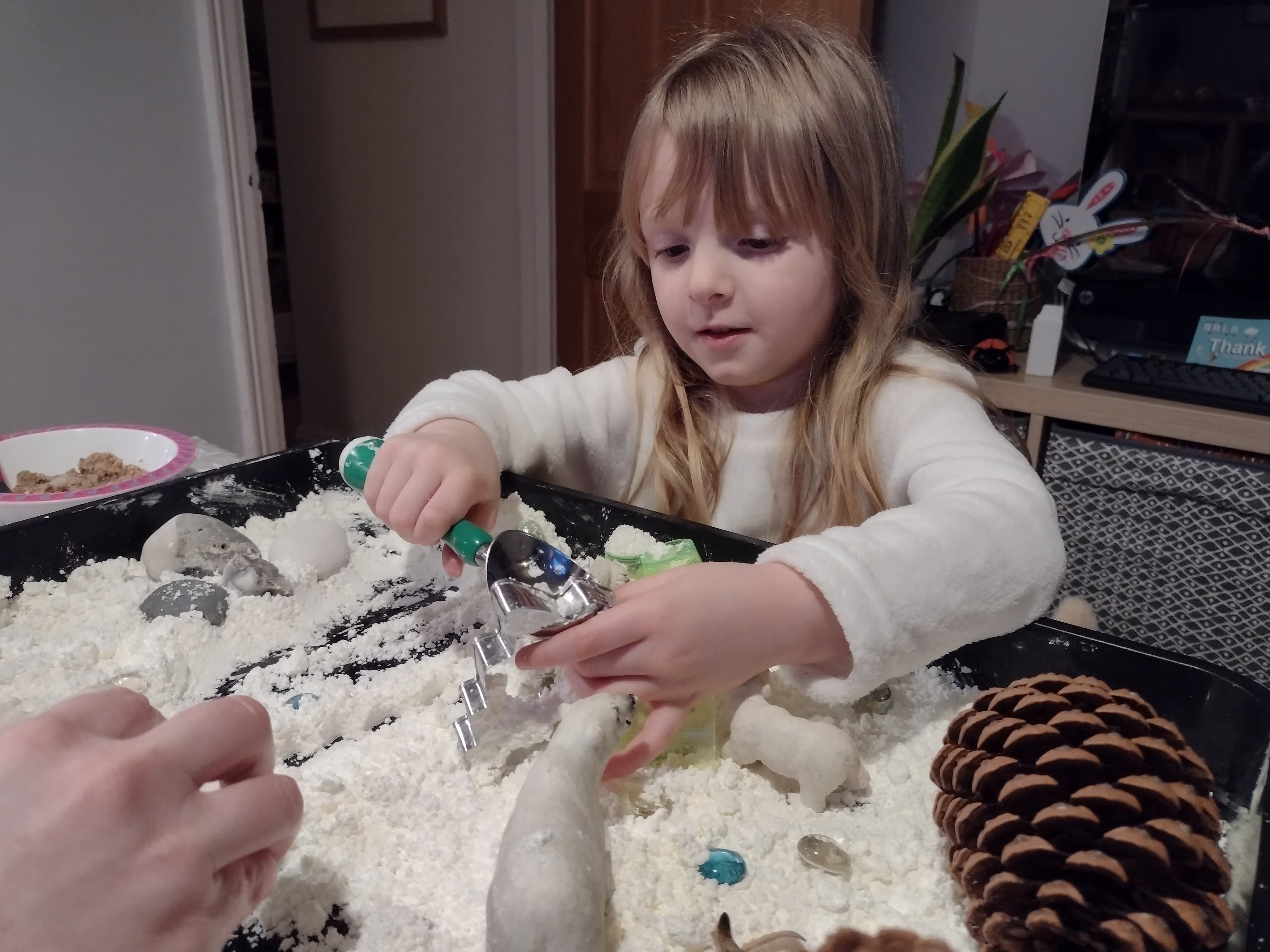 She was making good links with previous learning talking about how the bears were camouflaged. 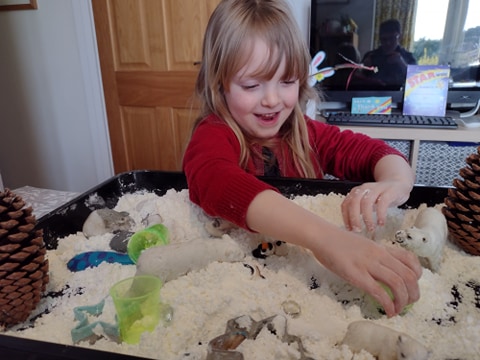 I made a simple transient art/loose parts set up with two circles of cards painted white and a hat shape last night. I left out a bowl of pom-poms and buttons and she quickly got the idea. I’ve done a lot of loose parts in schools over the years but I’ve never done much with Alice, something I’m trying to rectify with her creative flair. 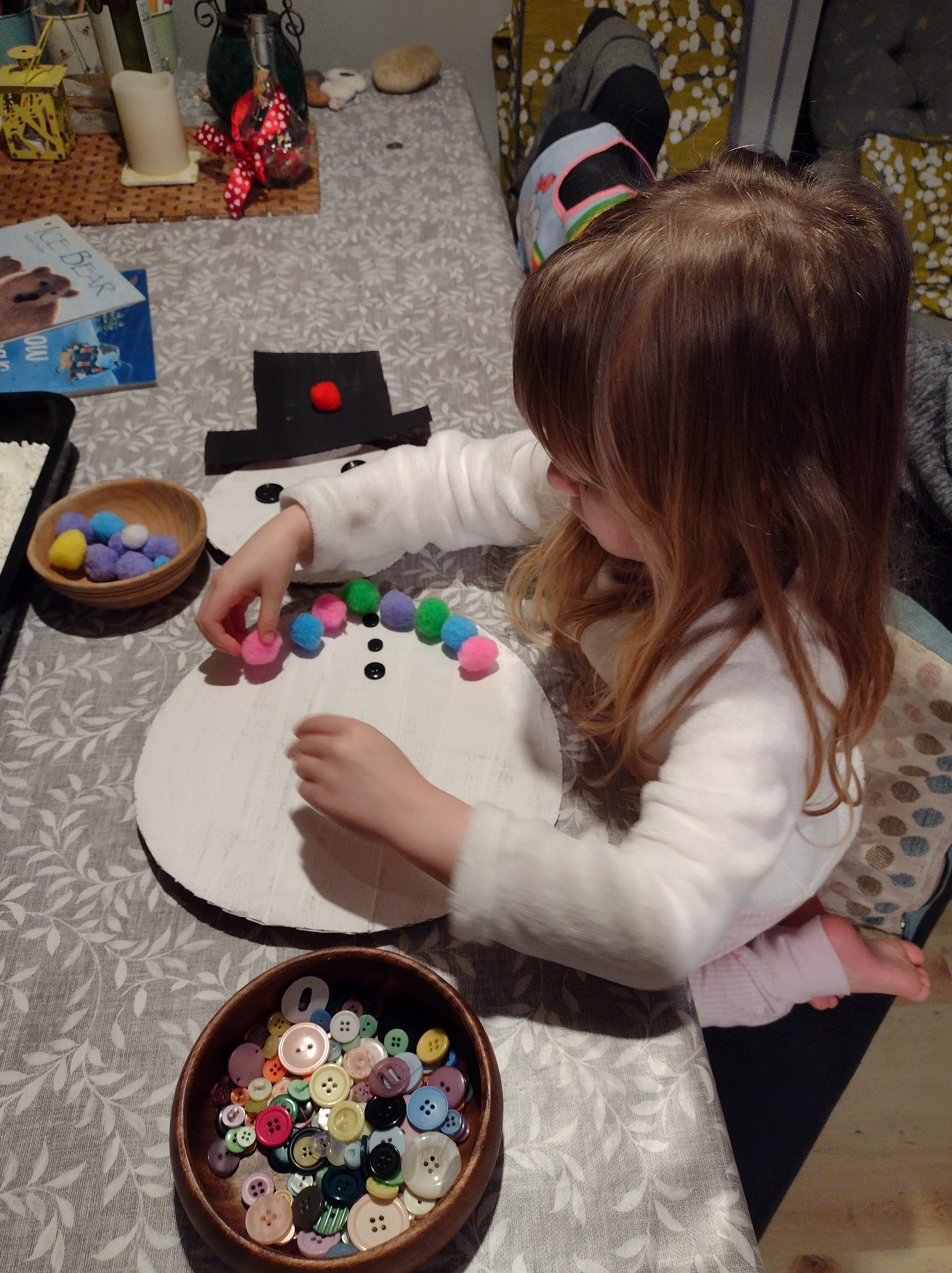 It makes good use of spare cardboard from deliveries. She rearranged it a number of times and I was surprised how long it kept her attention. 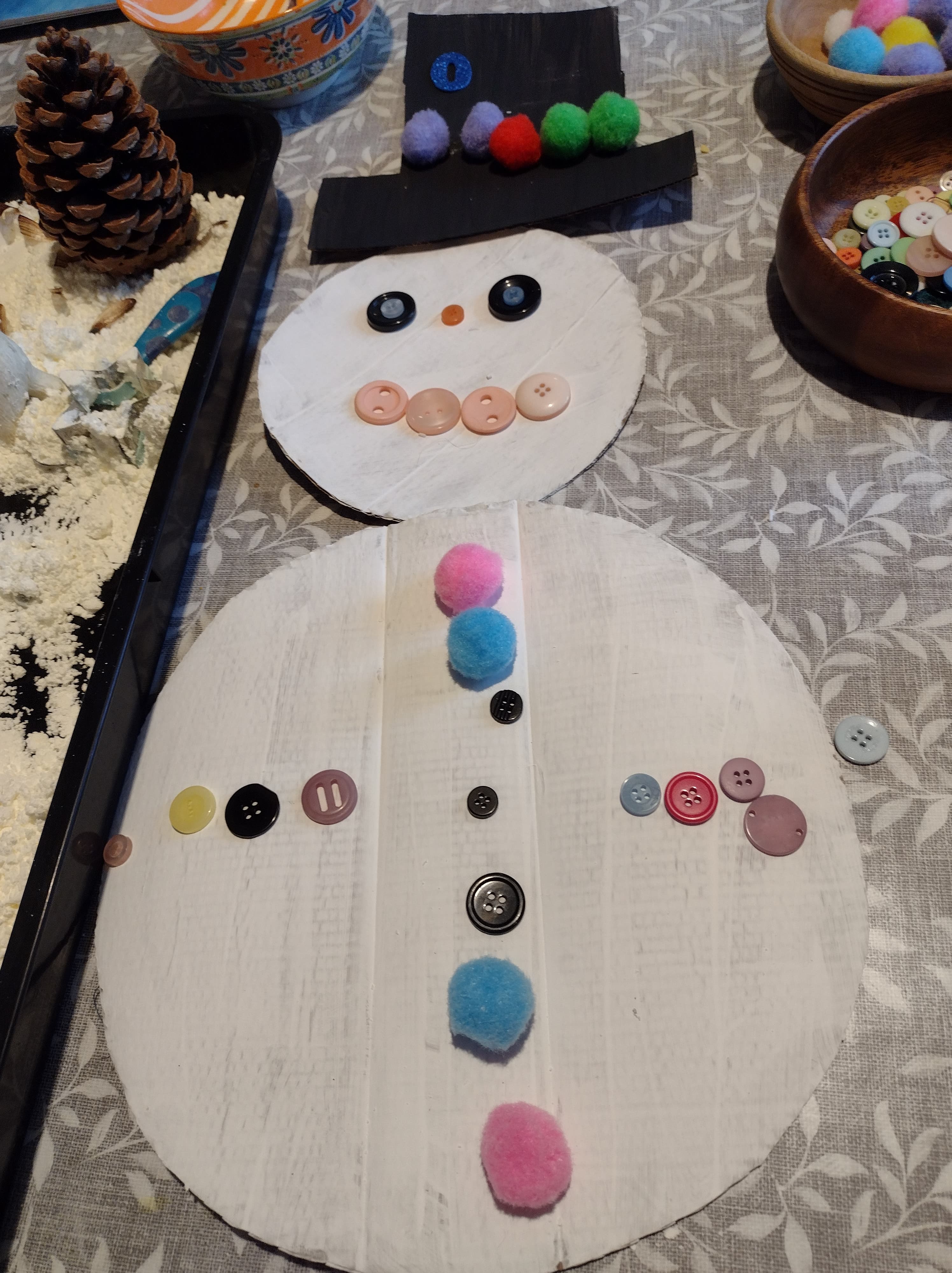 She also had her own idea to make some little button snowmen arrangements which I think are rather cute. 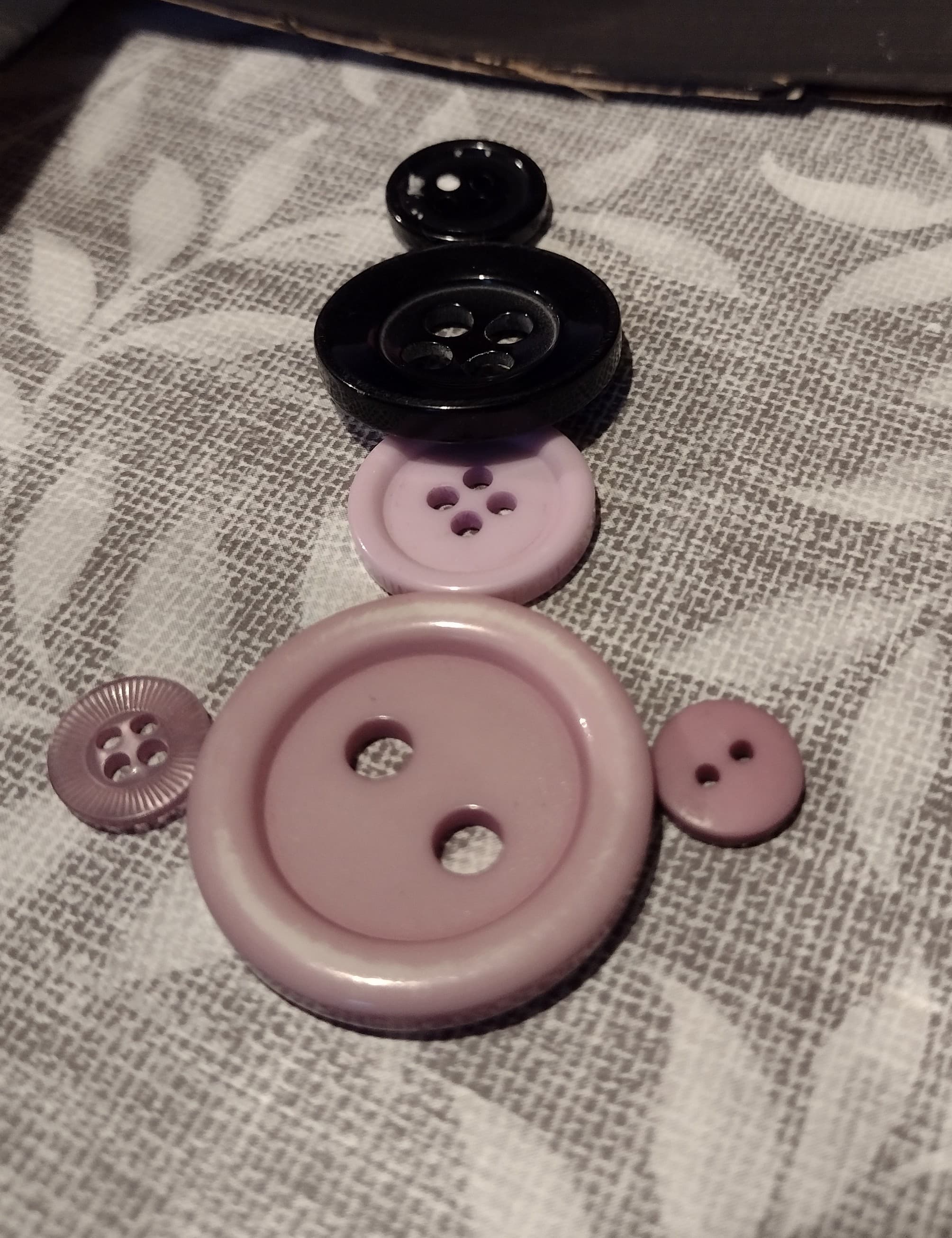 Then asked for the clay out to make a model. She asked me to do the hat but she did the rest. 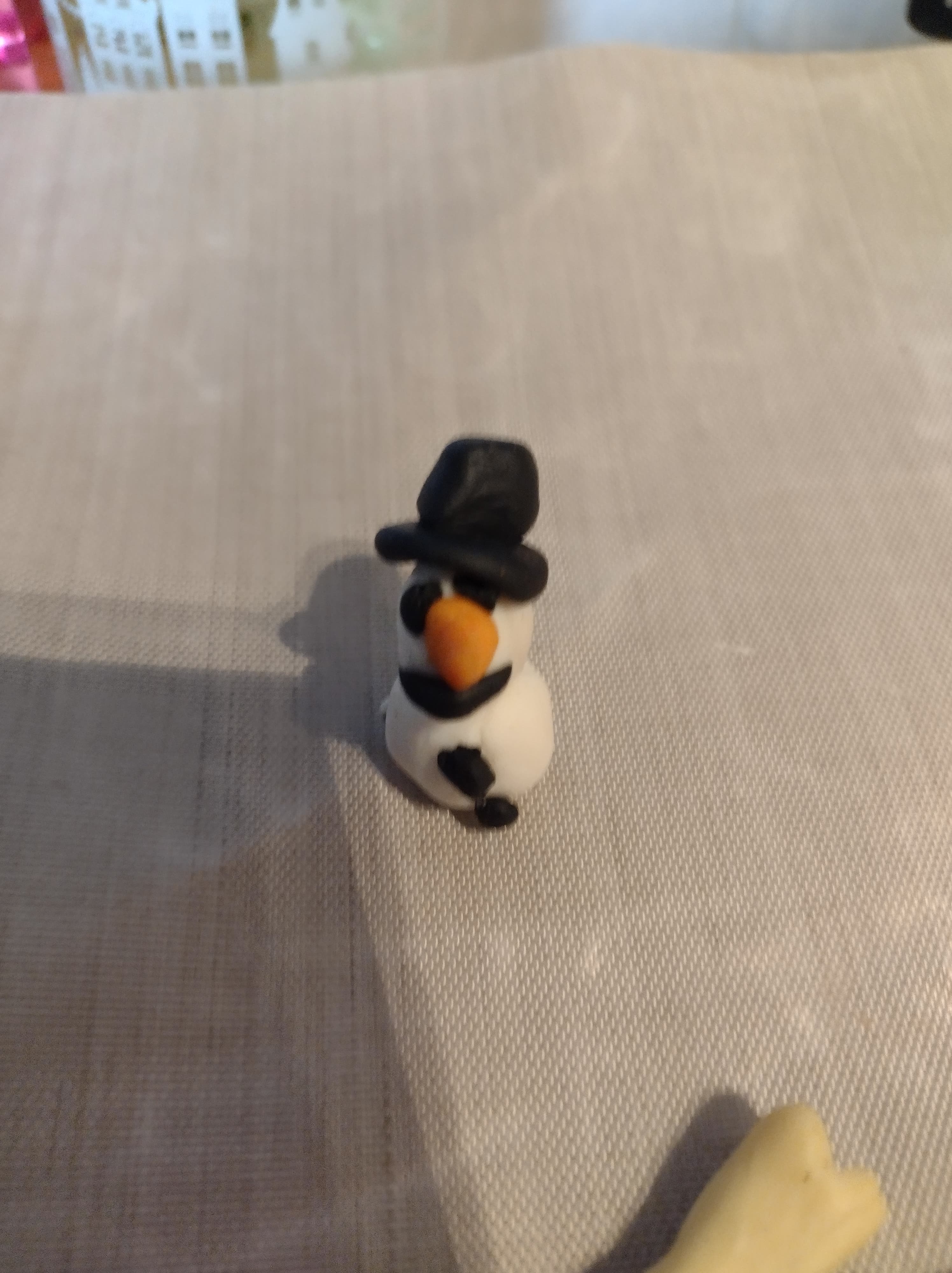 A nice way to spend a day chilling while the paths defrost. It’s still pretty dangerous out there and while we can dress up warmly I’m less keen on icy paths. But we should be able to get out tomorrow again. We’ve had a good few days of crafting with Alice choosing to make lots of snowy pictures but it’s getting time to be out again. Hope you are all keeping well and finding pleasant ways to fill the time. 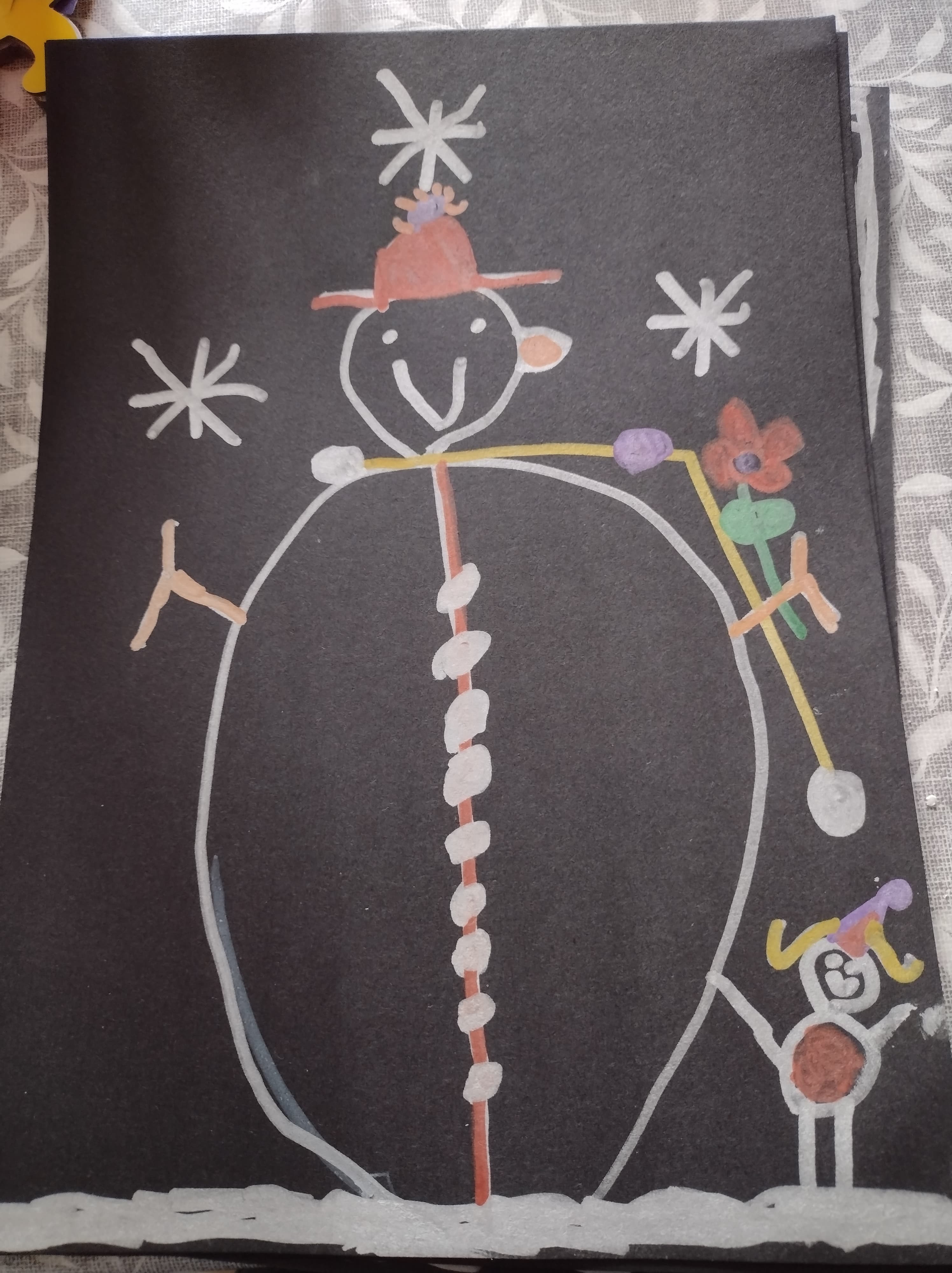 One thought on “Nature Schooling: Snow”