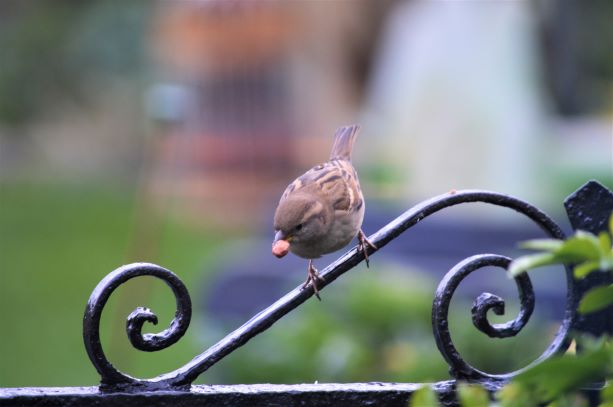 Last night was the last full moon of this year. A ‘cold moon’. The evening started very cloudy and it wasn’t looking very hopeful for taking a decent photograph so I played with shadows. 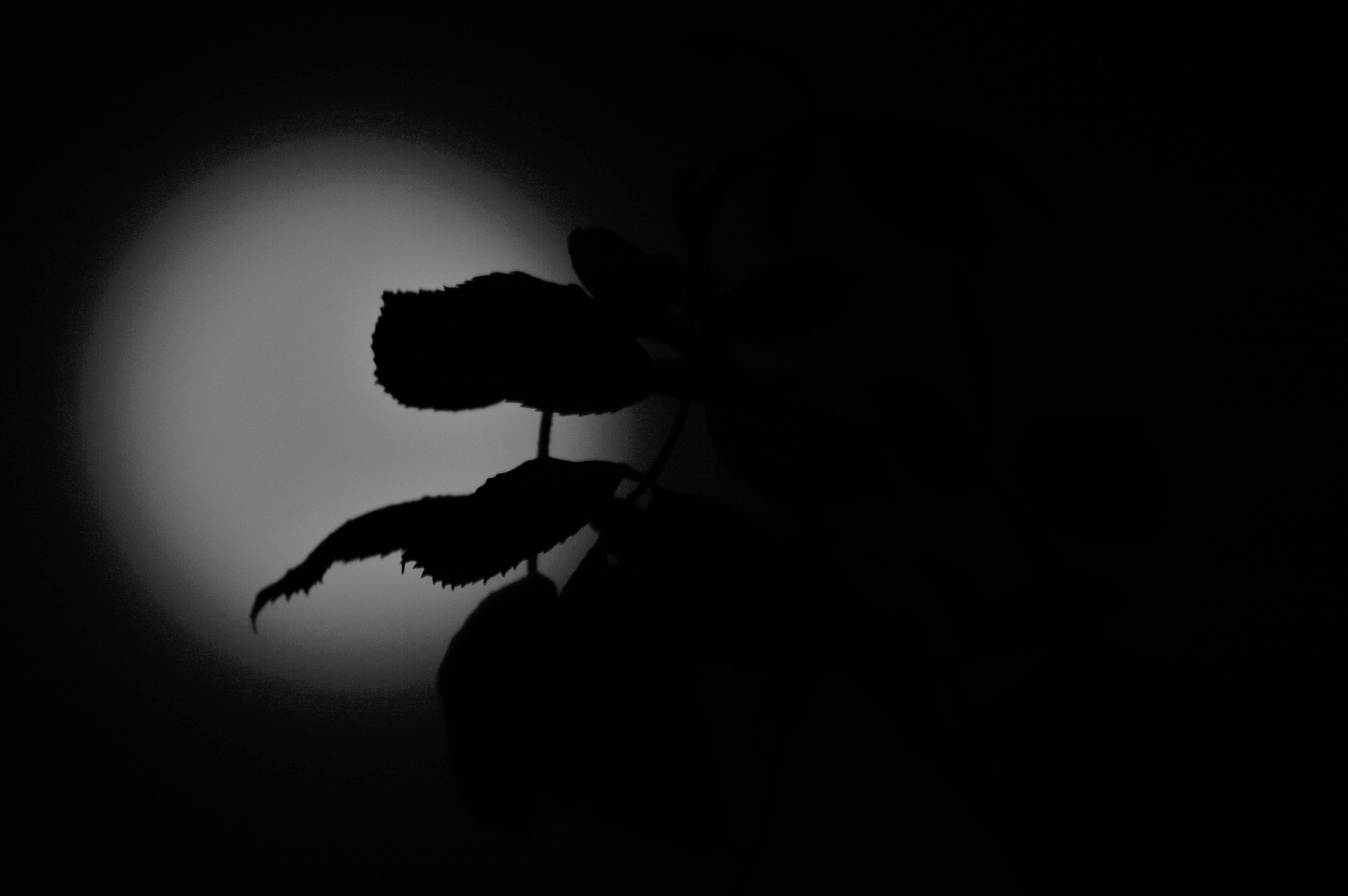 But about 15 minutes later the cloud cover had blown over and I got a clear shot. Well worth going out for a few minutes in the cold. 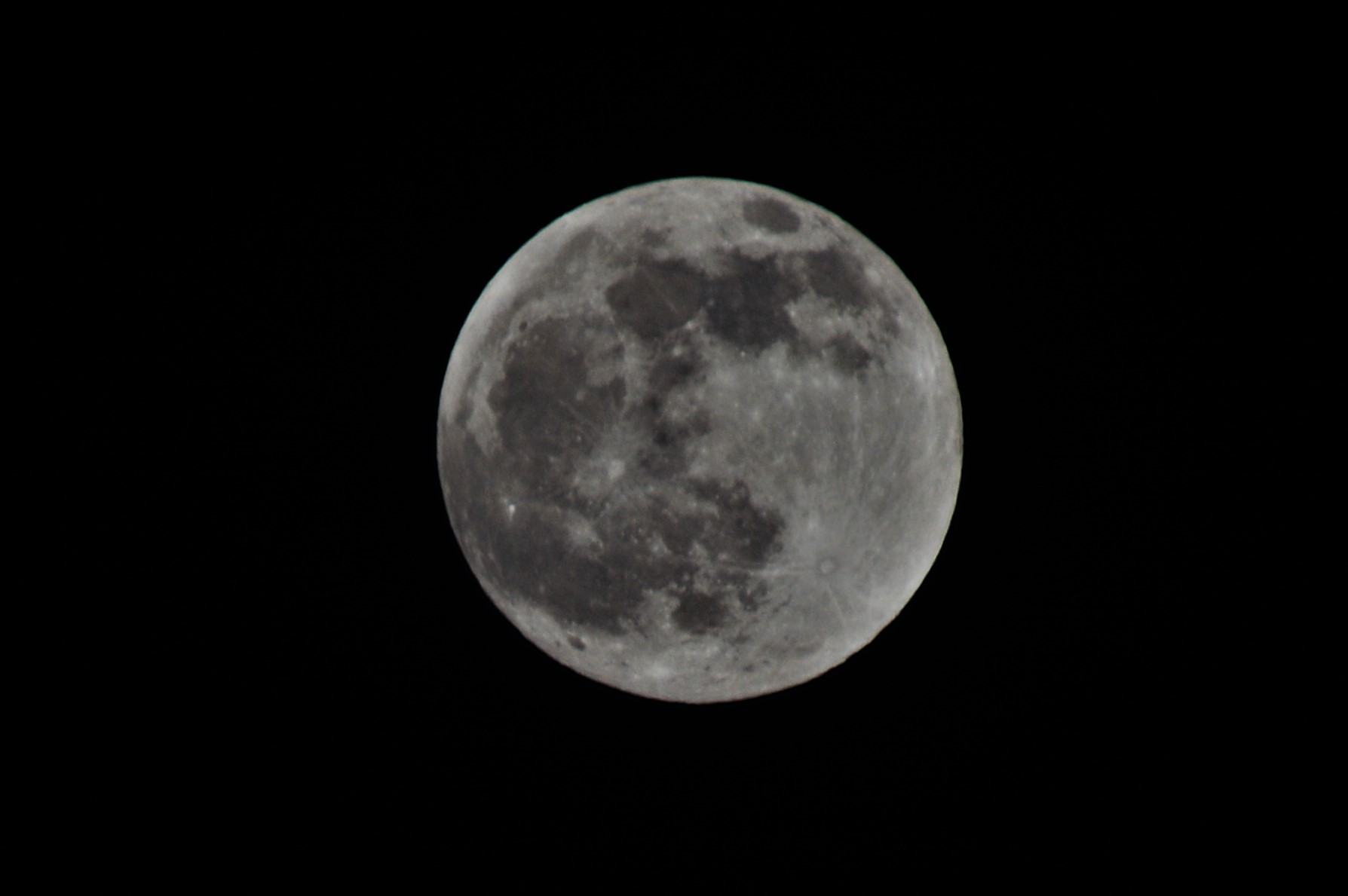 Then I had an early start with a run along the seafront. It was very cold this morning but the seafront paths don’t freeze as easily with the salt spray. The cold weather isn’t so much of an issue as you get up to heat quickly enough once running. The sunrise was stunning over Mappleton in the distance. I started running again during lockdown but I sprained my ankle when I got to the last week of couch to 5K so I left running while it recovered. I’m starting slow again. 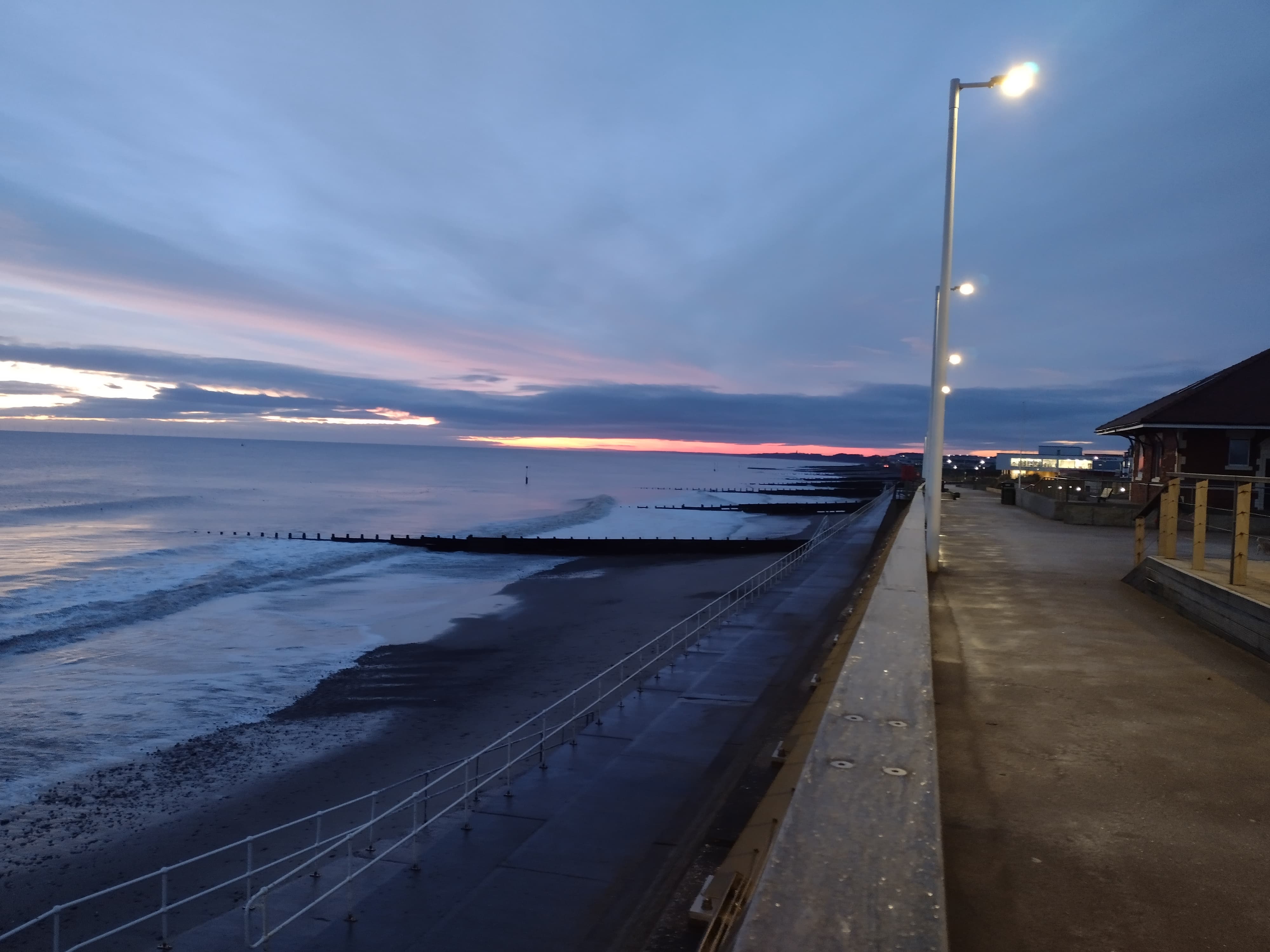 And then at the end of my run over the fields at the other end of town. 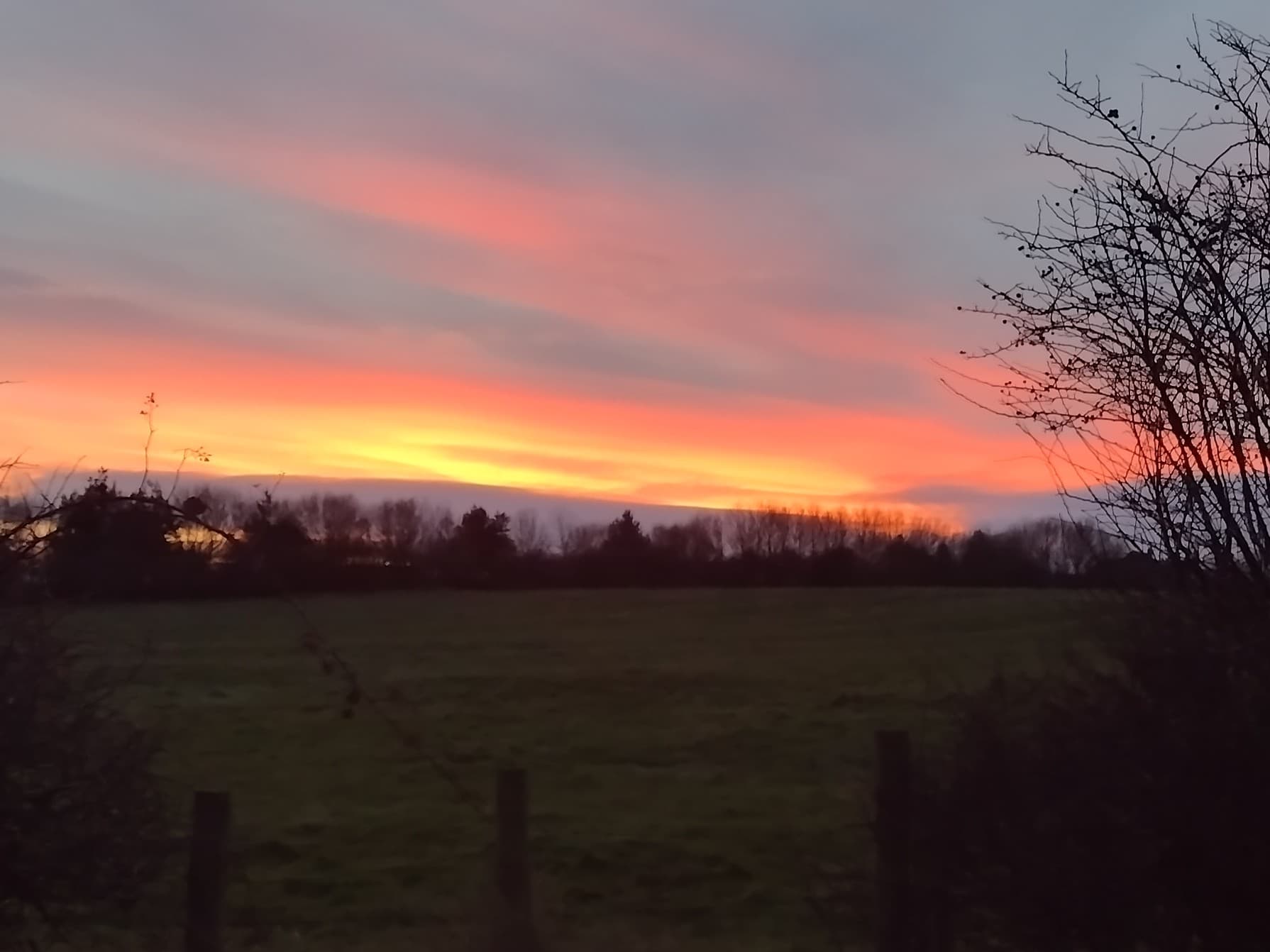 Later on in the day, I took a little time to watch the bird feeders. I have set up the extra bird feeding station for winter. I put this up during the winter months the birds need it more. The rest of the year I just keep two feeder poles and a few extra in the trees. 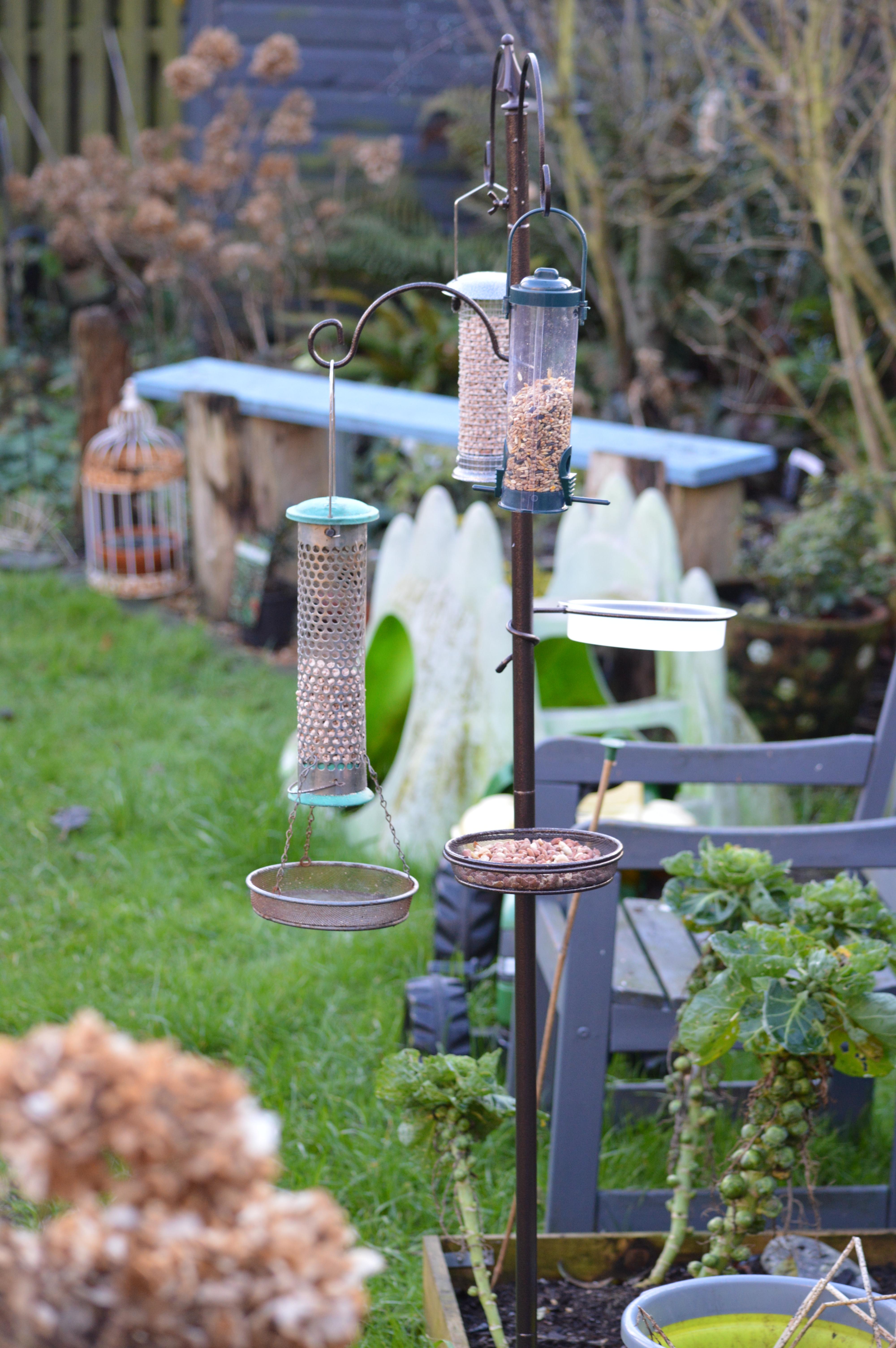 Through the day I’ve had the reminder of why I don’t bother with these stations most of the year. They are shorter than the others so the seagulls attack them. They have shredded metal feeders in the past. They can become very destructive and it puts the other birds off. 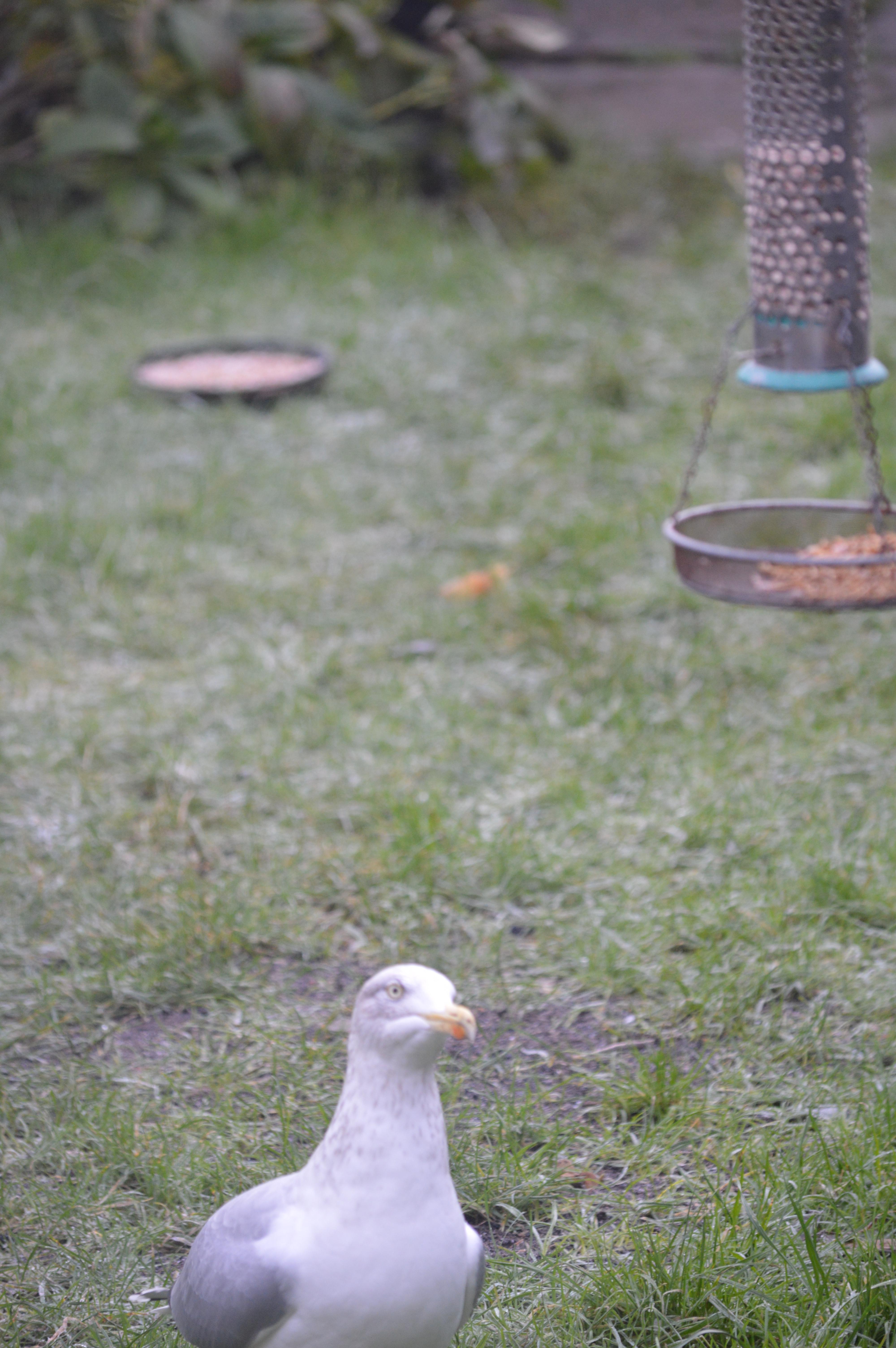 But as the day has gone on I’ve seen a few other birds use it with tits and starlings visiting lots. The sparrows are pretty much a constant garden presence. 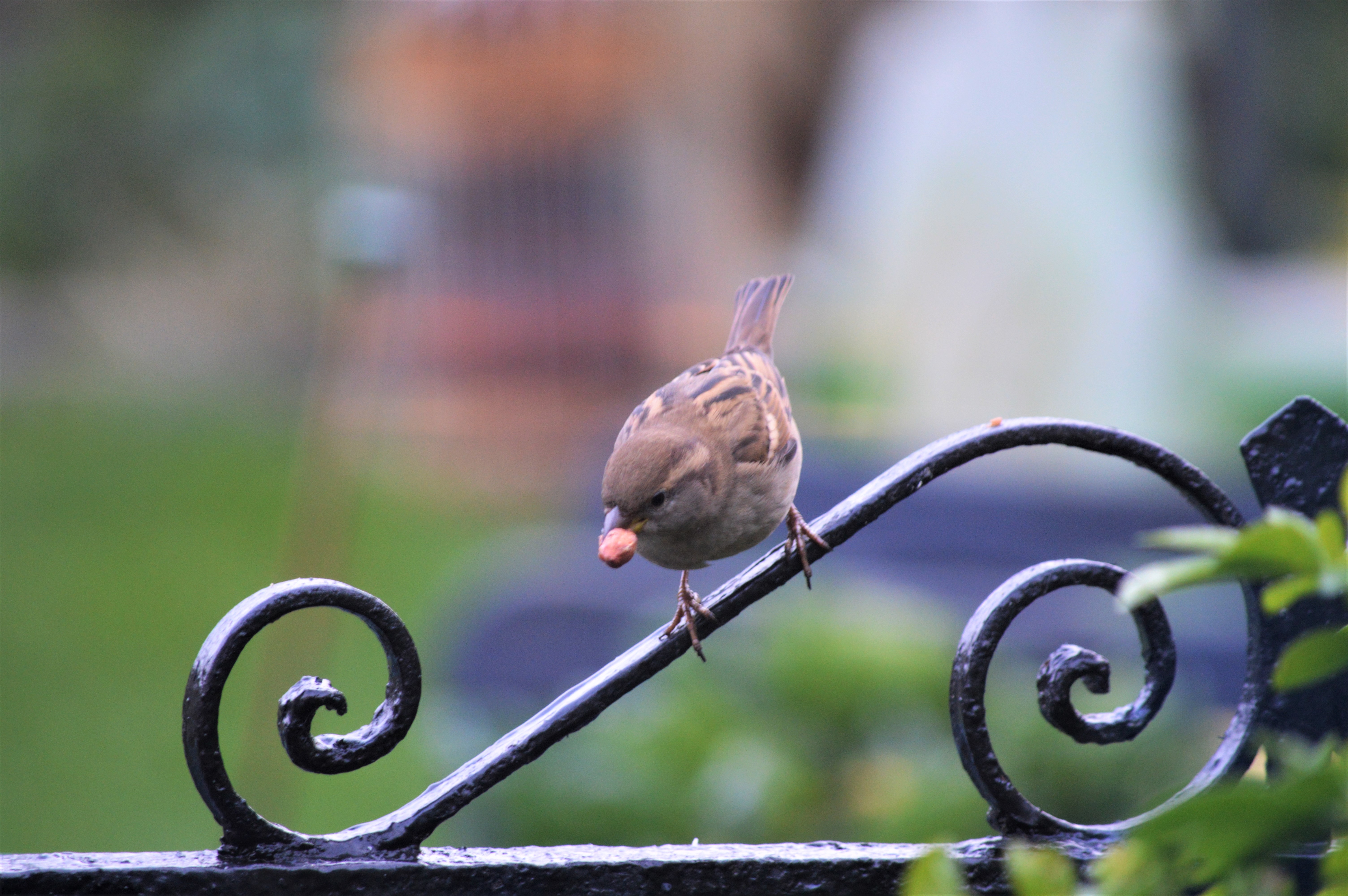 After the initial run it has been a peaceful day of resting and revising for my RHS exam. I’ve just about got all my revision notes in order and been recapping all the details. There is a lot to take in and I’m taking 2 exams next time so I don’t know that I’ll manage the commendation again. But we’ll see. Still a month to go before I sit it.