We are up to day 3 of 12 days wild and it was time to get back outside. We’ve had two days largely inside and that’s pretty much my limit. It was only a short walk out but it felt good to shake off the cobwebs.

We are very lucky to live by the sea and it is a short walk to the seafront. Today was a gorgeous winter day with blue seas and views out to Flamborough. 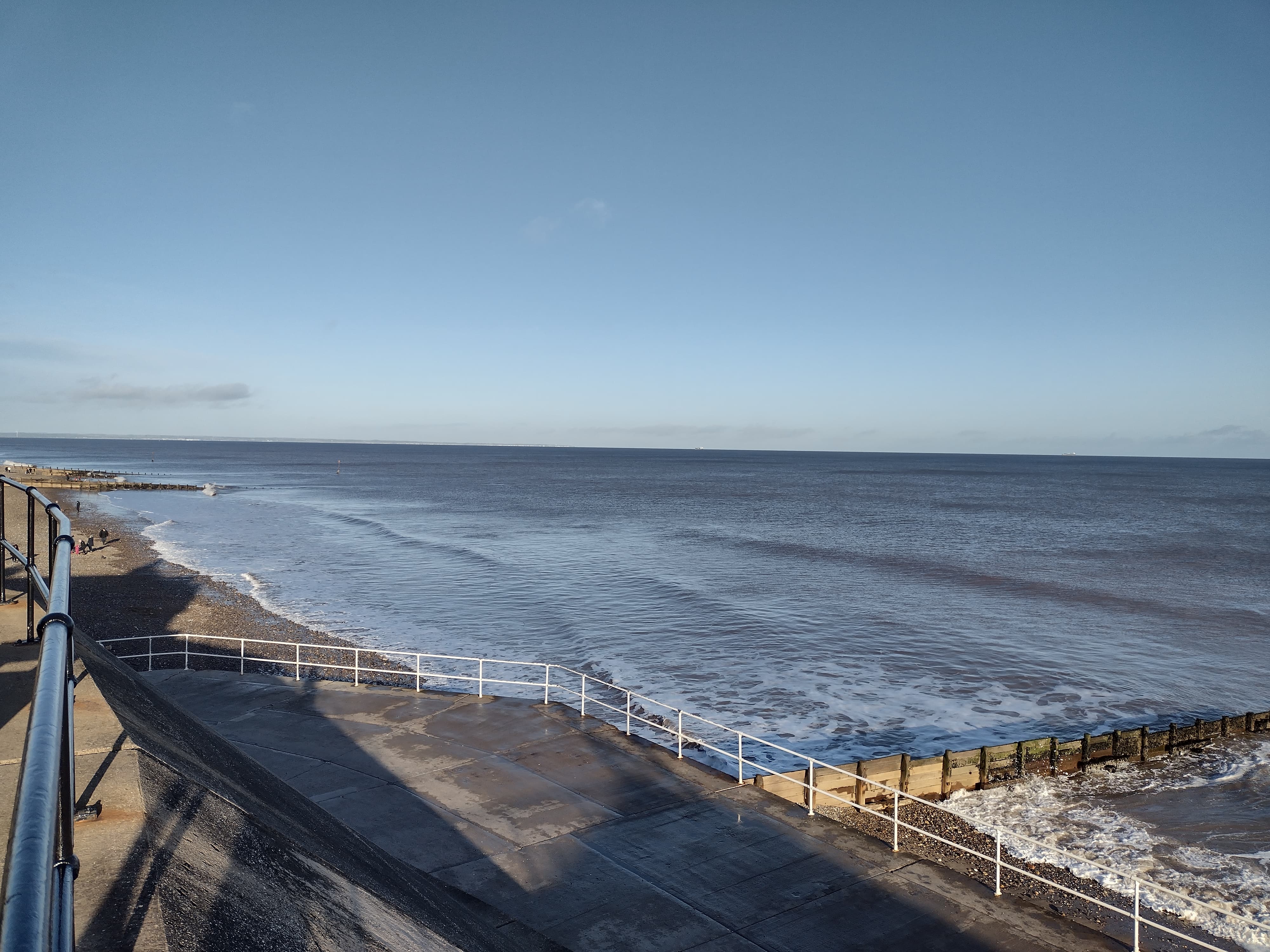 At several sites along the coast, these recycle bins have been placed. Alice loves to check it out each time and sometimes asks to save recyclable rubbish to put in it. 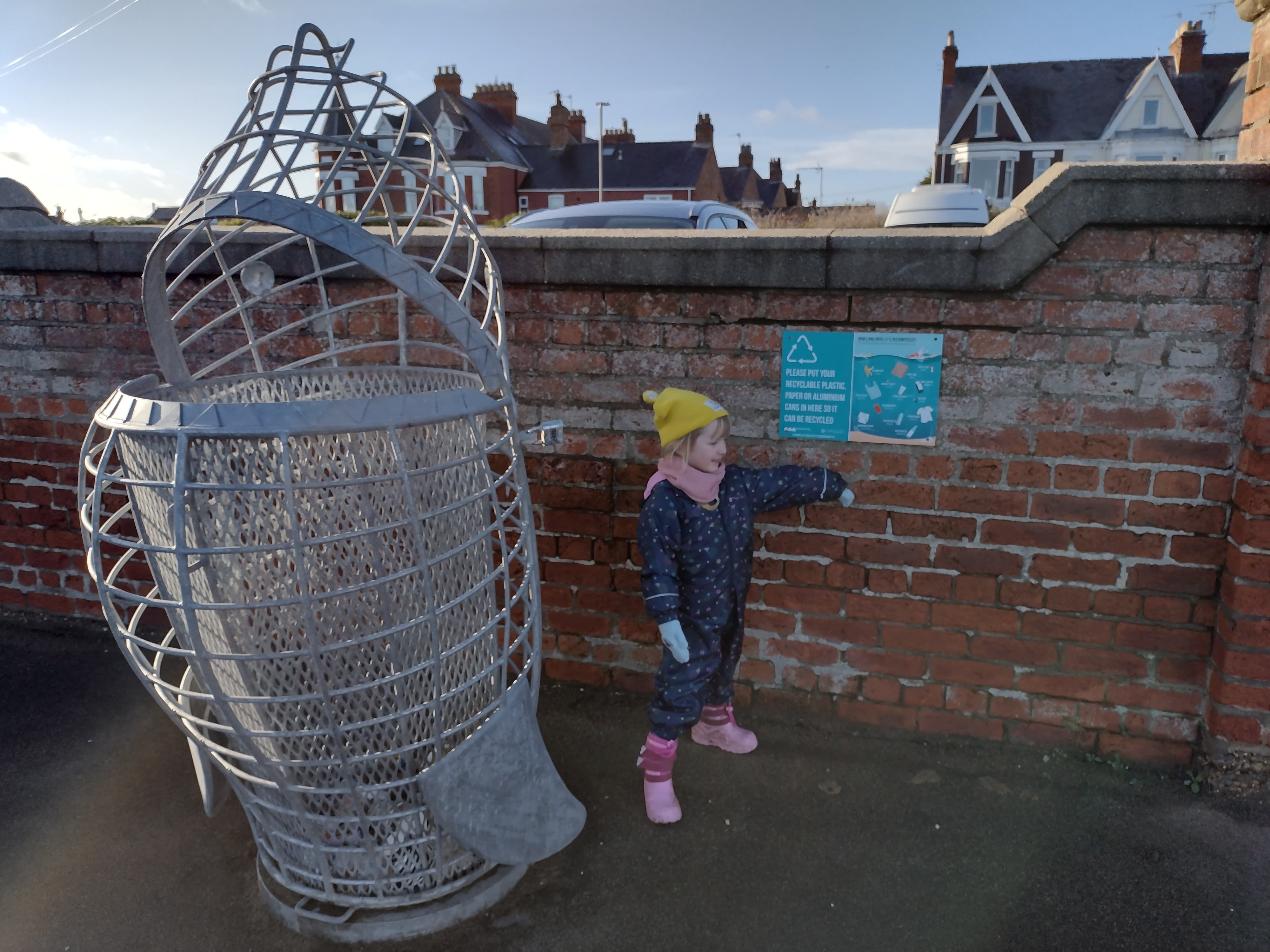 Next to it is a sign explaining how long it takes for rubbish to decompose. It is a shocking amount of time but despite many of the schemes we still end up having to do beach cleans. The number of years are too big really for Alice to comprehend but she knows it isn’t good. If a 4-year-old can understand there is no excuse for anyone else. There are bins every 20m probably. The seagulls can be a pain and pull things out but much of the rubbish is just pure laziness. 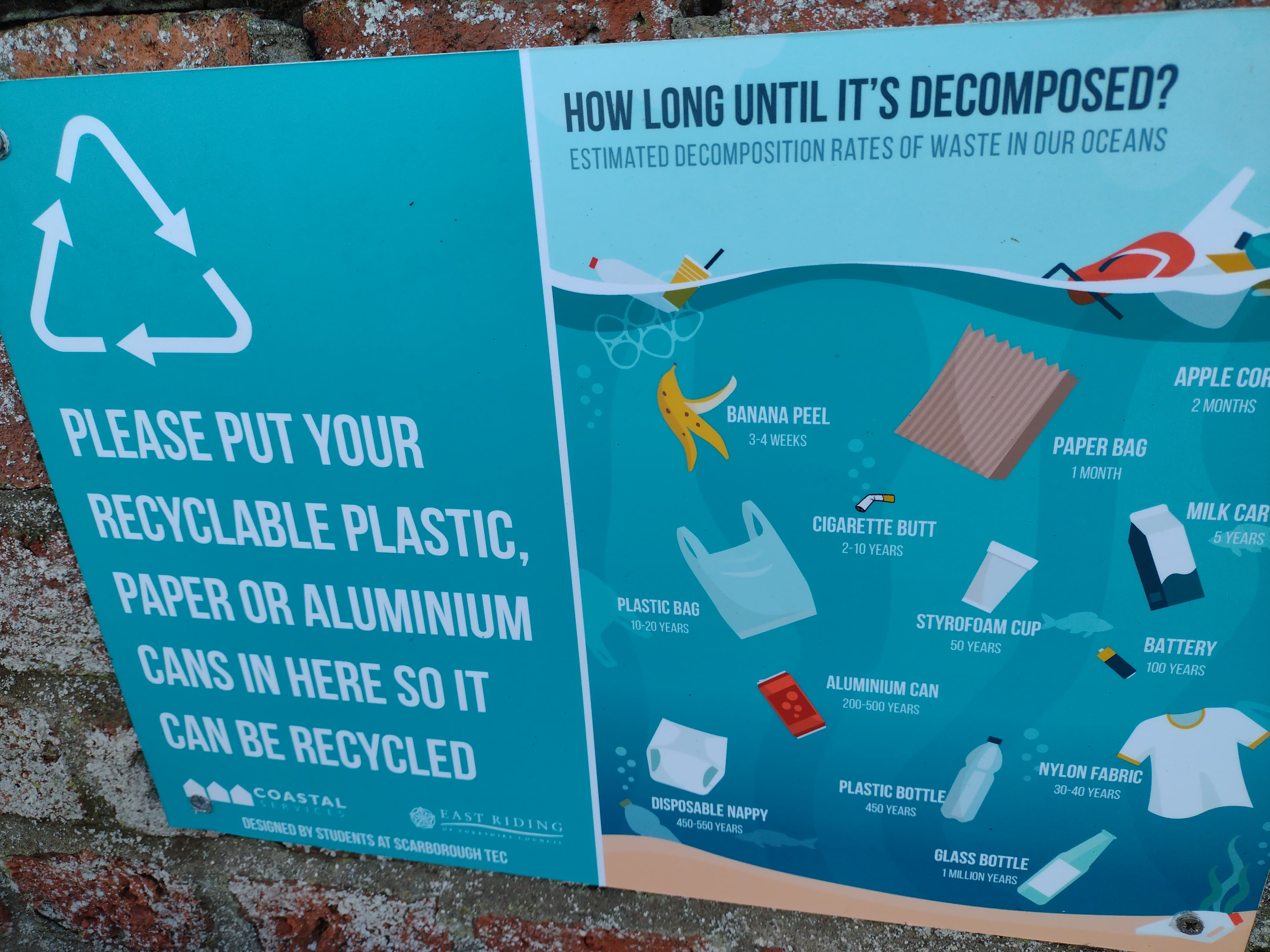 Preaching over. As it was a lovely day just about everyone else had decided to get out for a walk along the seafront. The car parks were rammed. I don’t begrudge people wanting to visit but I felt a bit hemmed in so we headed away to the memorial gardens. 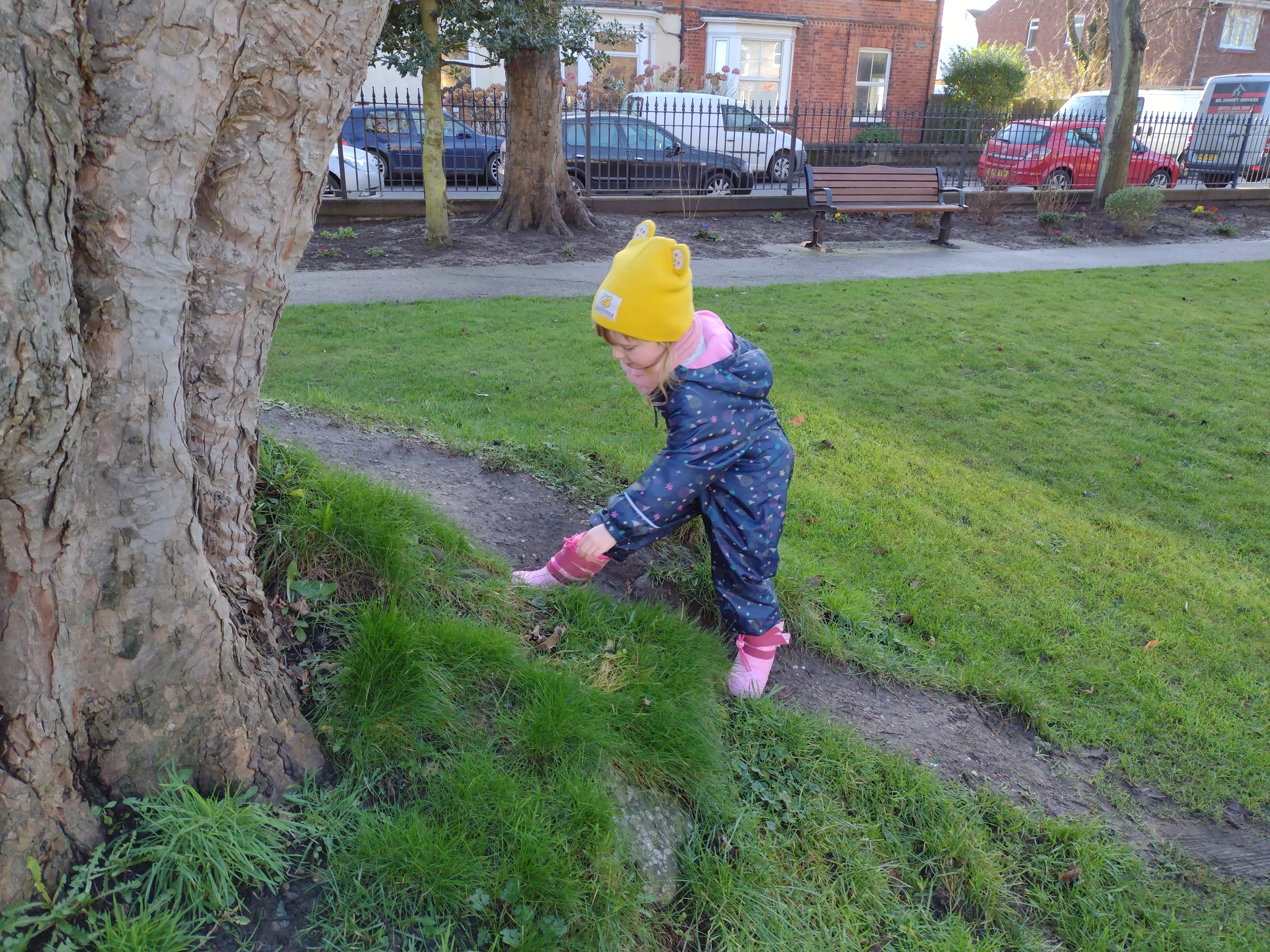 And Alice found a cousin to play with for a little bit. 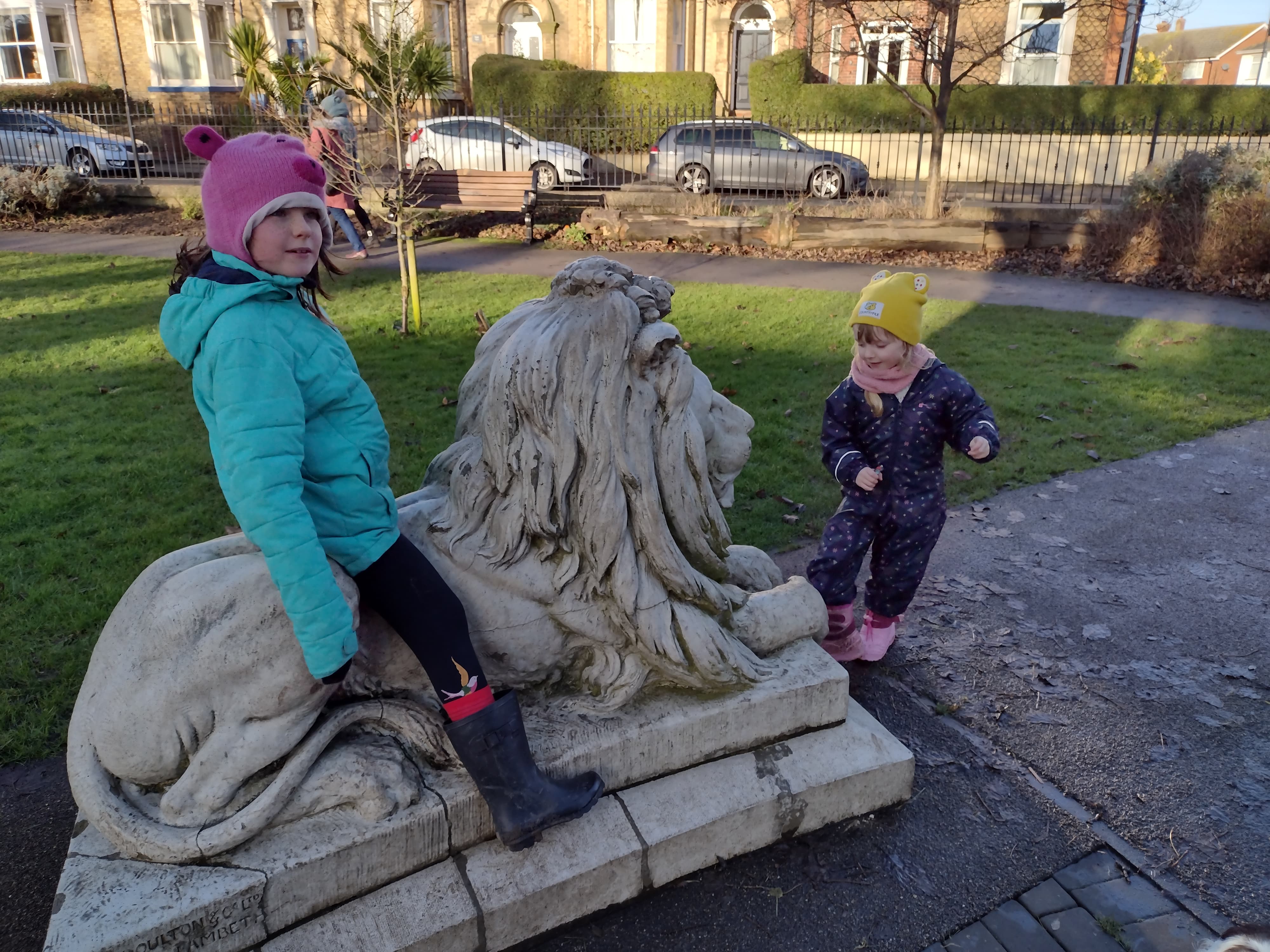 It was only a short walk but I think it did us all good to walk off some of our food from the last few days and feel some sun on our skin. A lazy evening ahead of games and reading. I am reading Merlin Sheldrake’s entangled life which is fascinating. It is all about fungi which in the grand scheme of human knowledge we still know little about. I also got an alert to tell me the new Monty Don had dropped to 99p on Kindle. I’ve been interested to read but didn’t really want to pay full price. This looks to be Monty’s efforts at talking about nature and wildlife gardening. I have quite a few very good books on the subject so I’m not expecting anything new but figure it will be an easy read alongside my RHS revision. The reviews have been very critical as they say he defends fox hunting which isn’t going to win him any fans amongst environmental readers. But we’ll see when I read it whether it is any good. At 99p I don’t mind if it doesn’t turn out to be amazing.

I read a few of Alice’s new books with her sat in her den set. We read Nicola Davies-Last: the story of a white rhino. Despite her face, in this photo, it did quite upset her hearing about how animals are becoming extinct.  This isn’t a book that is going to be a regular bedtime read but it introduces that idea of animals endangered to promote our need to care for the natural world. It sparked a lot of conversation from her which was the point. We want Alice growing up aware of our need to be stewards of the natural world. I am a fan of Nicola Davies books with the promise being one of my favourites of recent years. 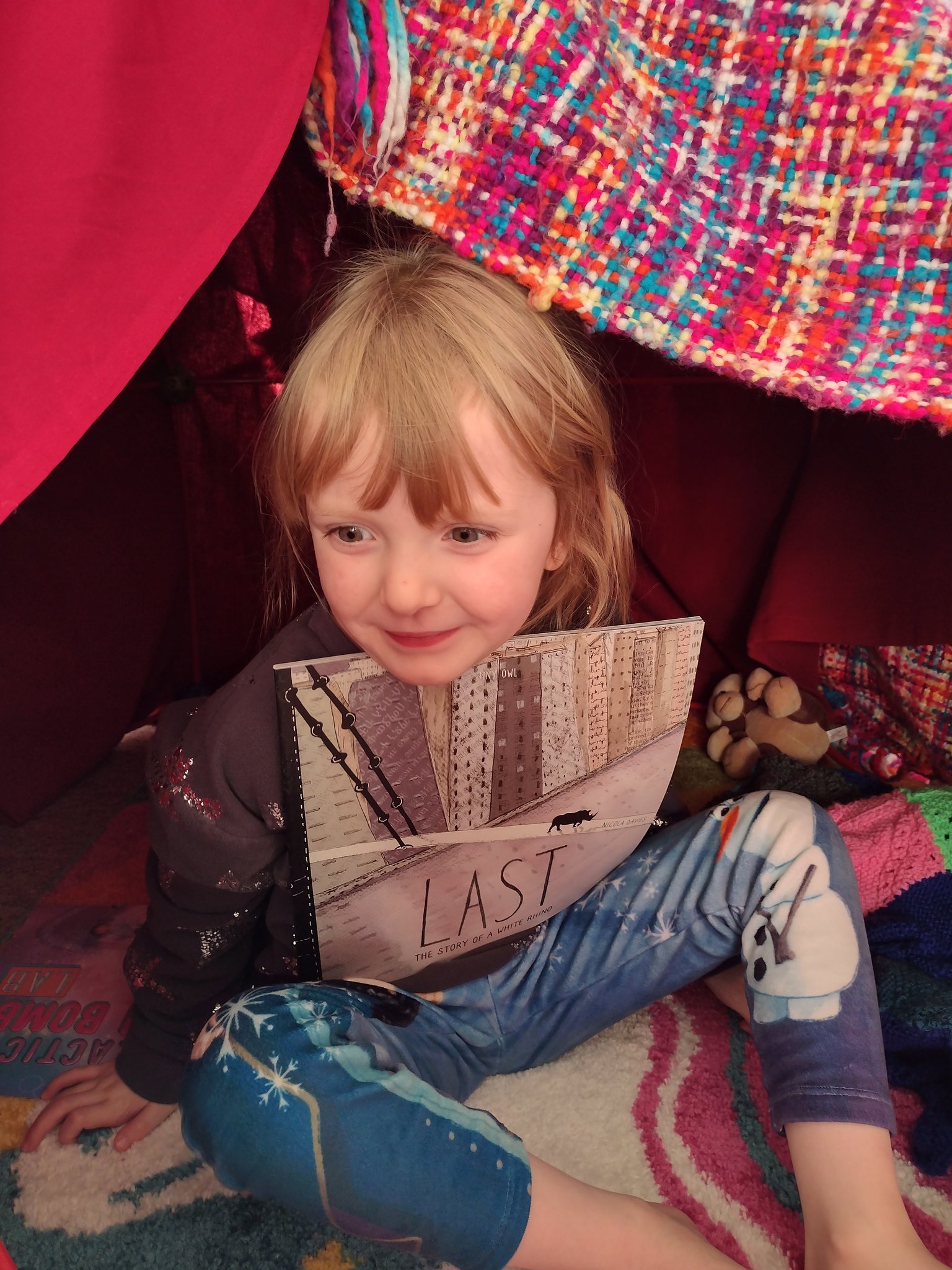 I hope you’re all managing alright and not suffered too much with storms the last few days. It hasn’t been particularly bad here despite warnings. Hopefully, you’re all keeping well and got a chance to get outside today.