So, made it to the end of my first term in my new nursery. I’m still enjoying my time there immensely but it is time for a break. We have been getting into the festive mood at home with some garden craft. I received my last RHS assignment back and got almost full marks, so that was a nice little boost mid-week.

After Amy’s success with her autumn wreath she has gone onto do a lovely Christmas one. She bought it as a kit with choices over the colour scheme. By next year we might have enough foliage from our own garden to do one. 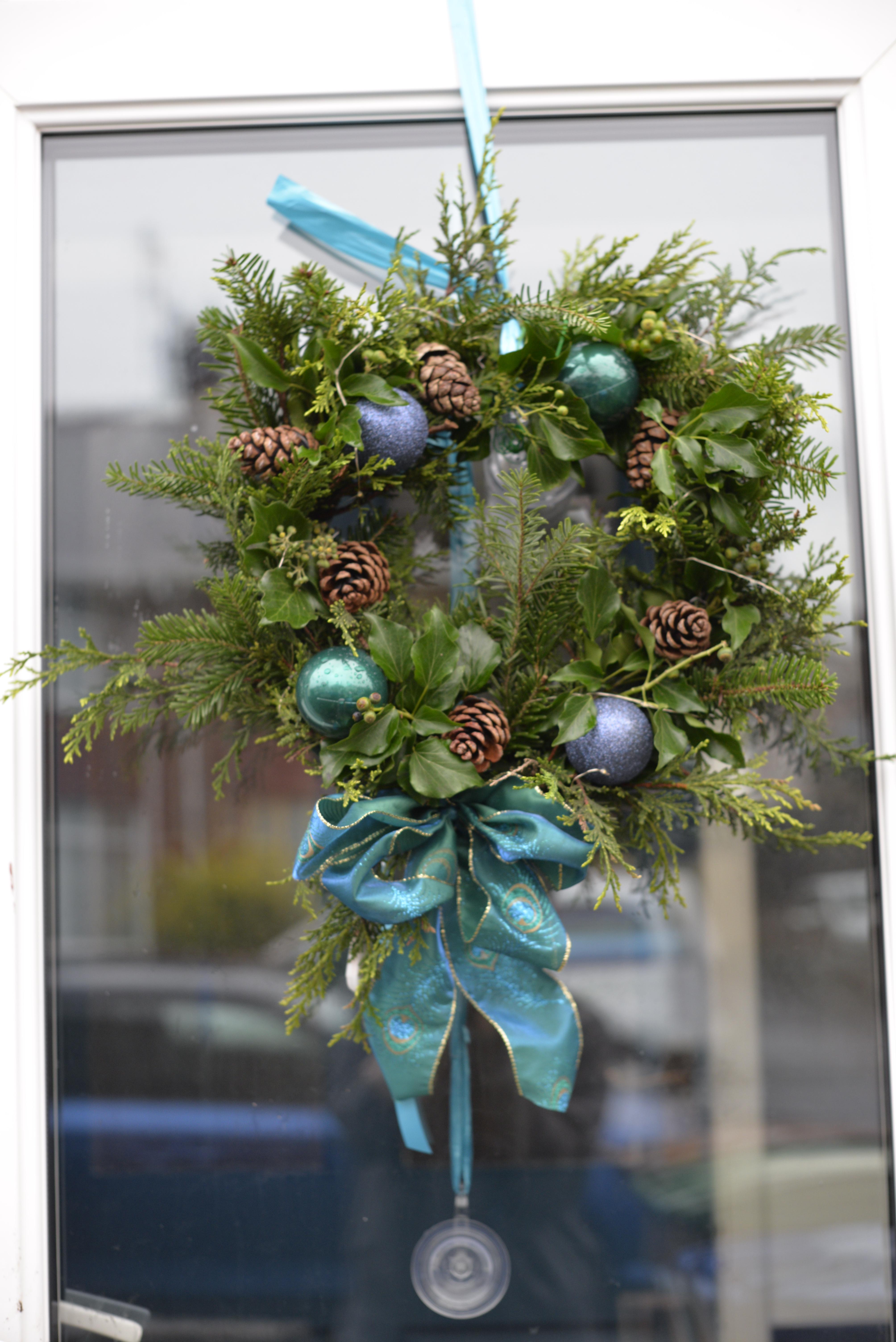 Amy had done such a good job of the wreath I felt I needed to update the hanging basket. I had filled it with fuchsia grown from cuttings. These had gone past their best now. I made use of one of the discount heuchera from a few weeks back, a cyclamen that was hiding under a shrub and some self-seeded ivy from the back. Hanging baskets don’t do too well with our sea winds but it will bring a temporary burst of cheer. Then the plants can be taken out to recover in the border. 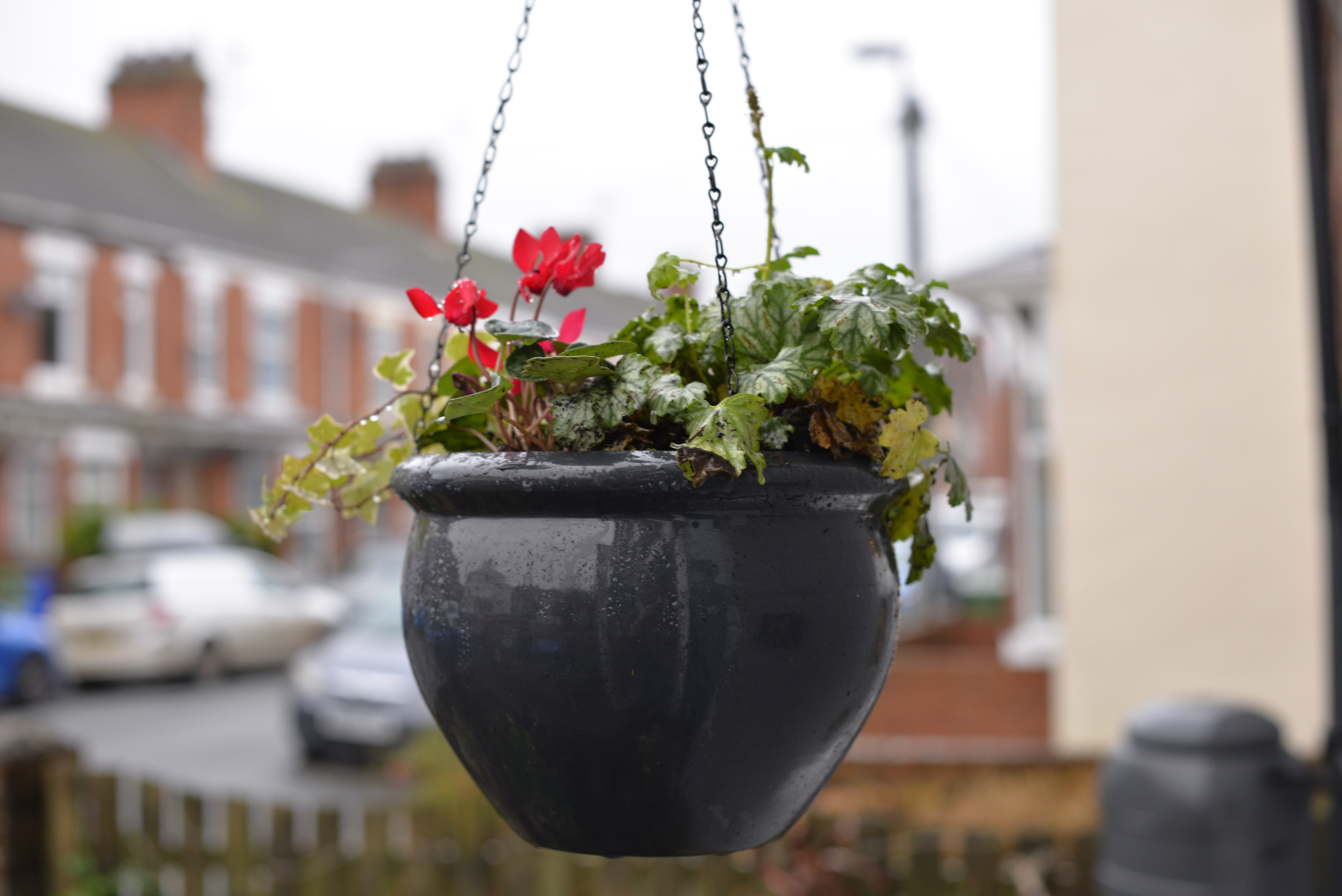 The cyclamen is a nice festive red. 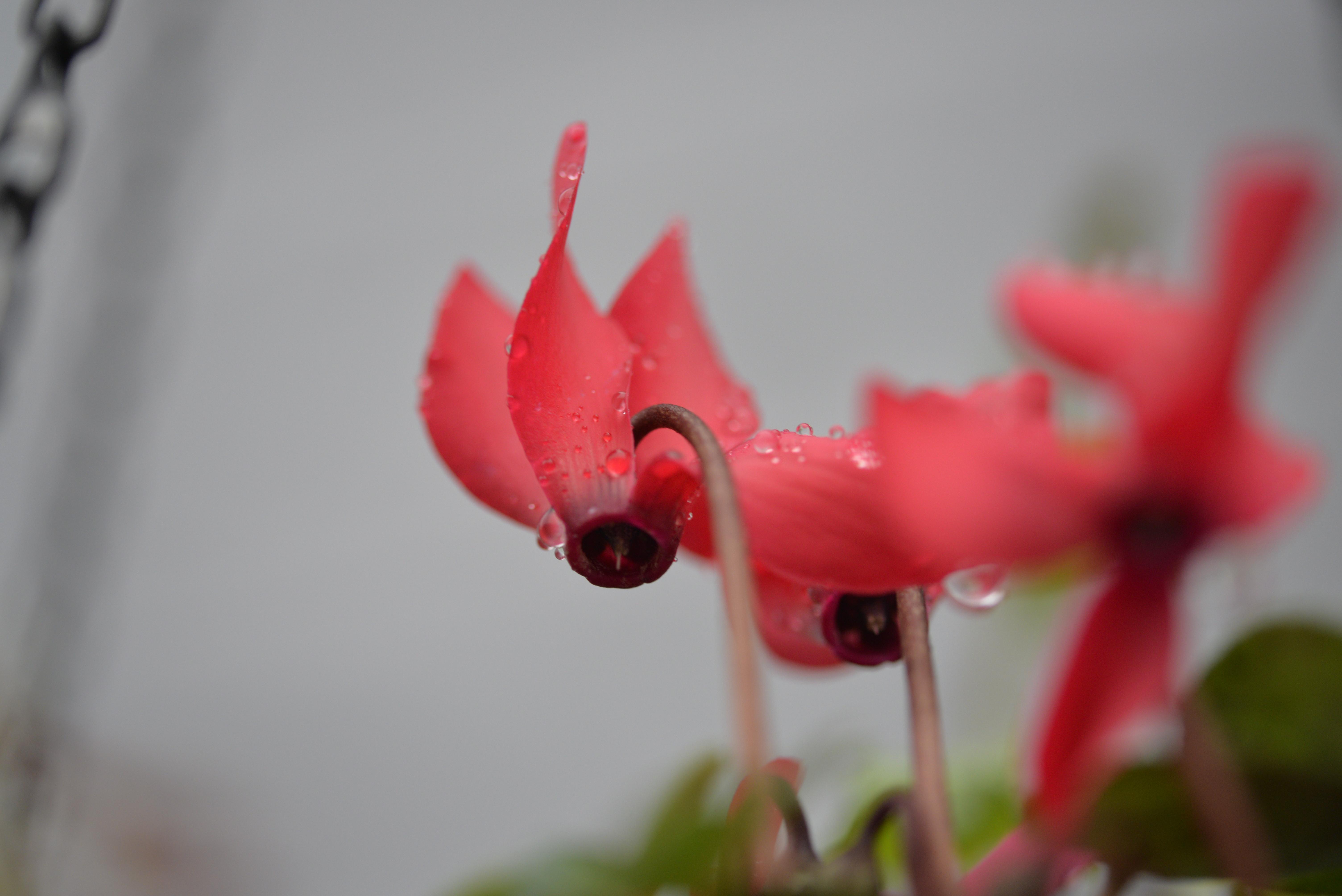 The ivy is a lightly veined type. Looking at it together I probably could have done with one of the plants having darker foliage but it is looking alright. 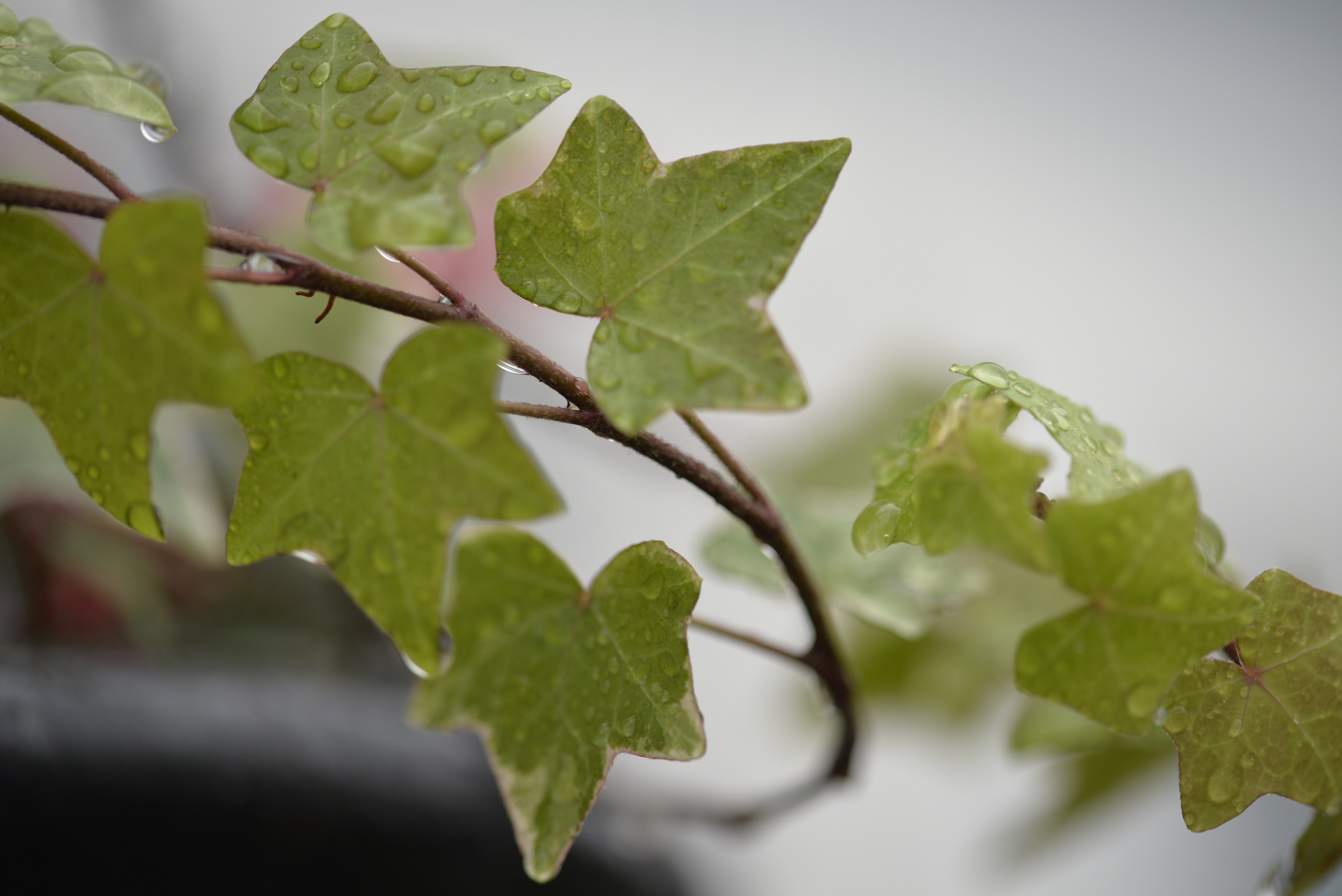 I’ve added a pyracantha to grow up the fence. It’s a spiky plant with evergreen leaves. Its main purpose is to provide berries for the birds. There won’t be any this year but it should provide some next year. The berries are bright orange and are particularly popular with finches. I’m trying to provide more natural food sources to supplement the bird feeders I already put out. The honeysuckle is well established and gets picked over. I have cotoneaster that is still quite small but should contribute eventually. The holly golden king has provided a few berries this year but it will be many years before that provides any serious bounty for the birds. Whereas, the pyracantha will look attractive and provide relatively quickly. 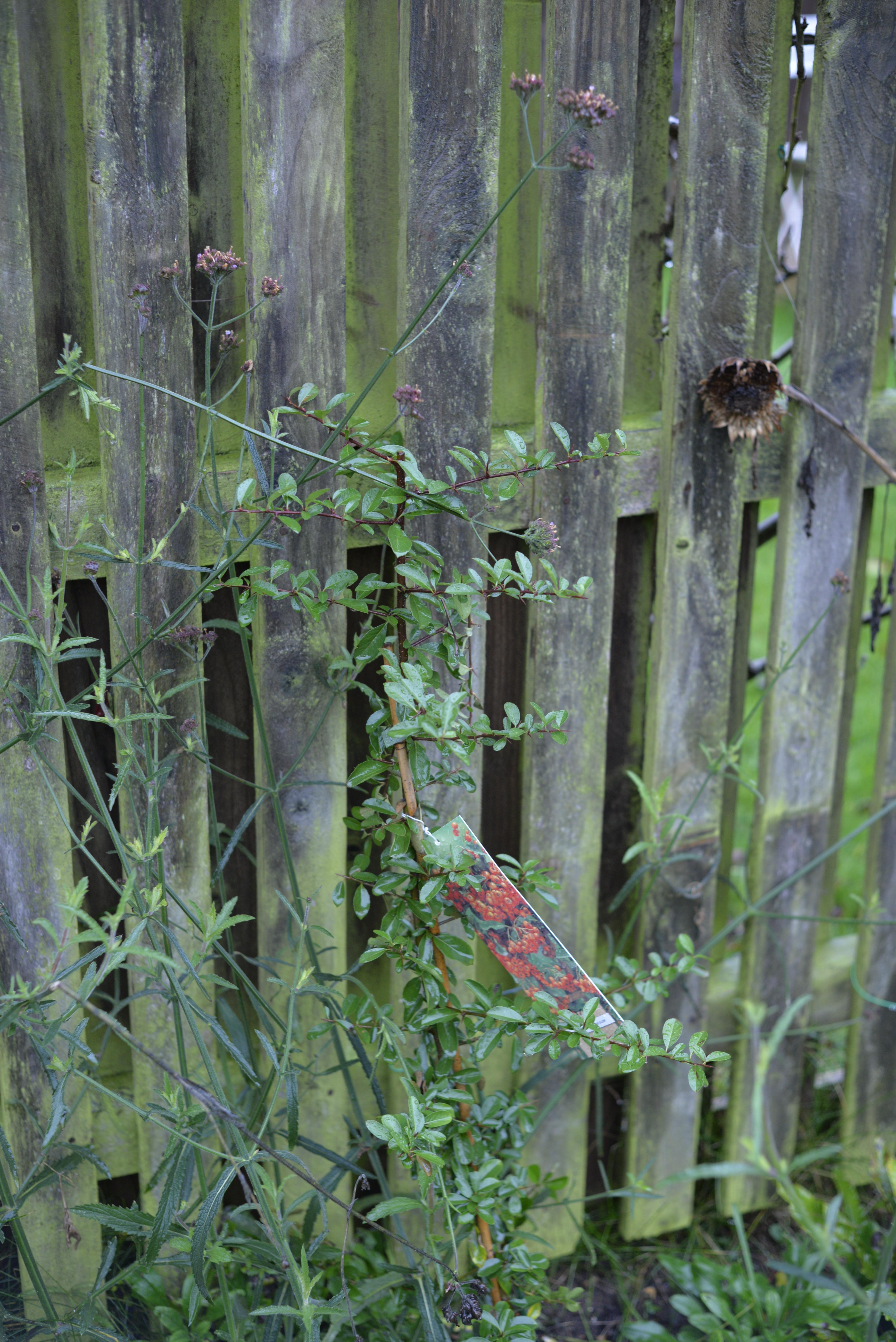 Quite a thorny plant but it is at the back of the border out of harm’s way. 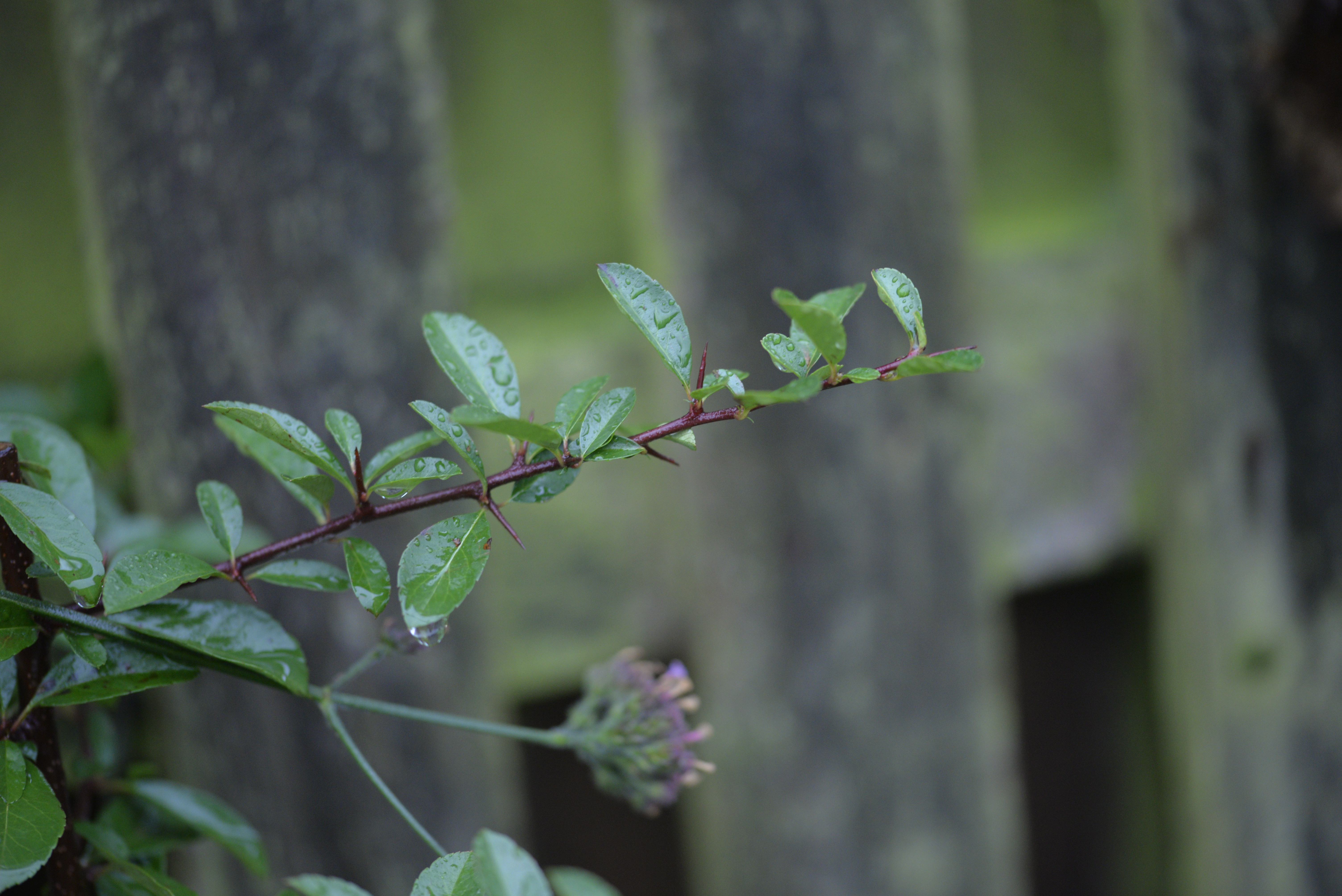 This is the last of my treats for my exam result and completing my last assignment. I need to include more roses within the plant profiles I write for my RHS level 2 so I decided I would get a David Austin rose. I settled for Peter Pan, a small dark red flower with dark leaves. It doesn’t look like much now but hopefully, this will be a good repeat flowering rose for the patio. It was bought bare rooted. Roses are easier to transplant in winter when dormant. You find there is a better range available and they are usually slightly cheaper. 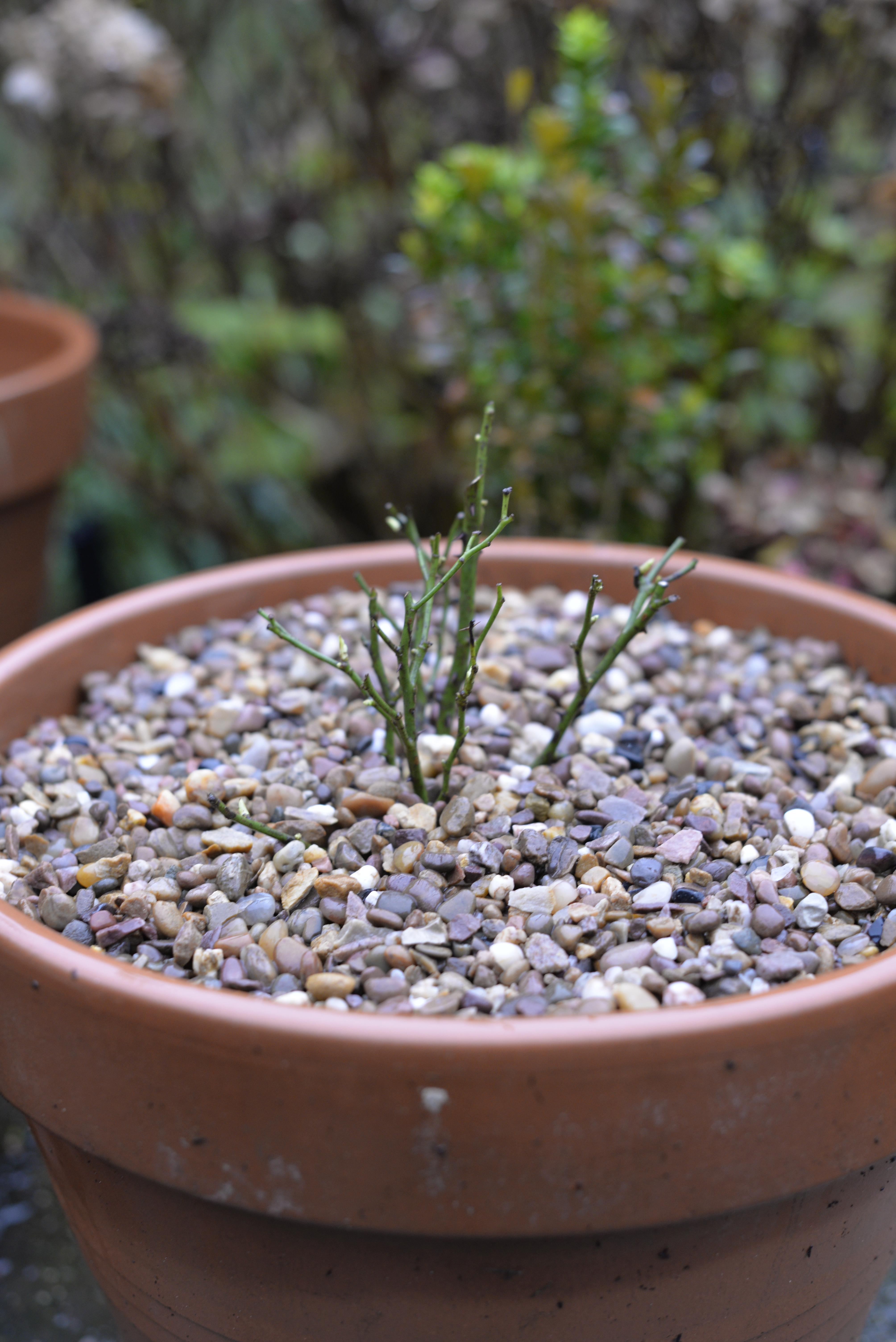 This is a perfect little holly. While many hollies are sold on the fact that they are spineless or low on spines that isn’t really the holly you want in the festive season. It is a cross between English Ilex Aquifolium and Japanese Ilex Rugosa The leaves have a lovely dark green colour with a good shine. It is fairly compact growing up to about 4m but this will take quite a long time. It can be pruned into hedges or topiary. It has the RHS perfect for pollinators award and it forms berries for the birds. A great little wildlife addition. This isn’t in the ground but may replace the camellia. I don’t really like the double blooms of the camellia. The camellia doesn’t really offer many benefits to wildlife and that was part of what got me into gardening. This also suits the conditions of my garden better. 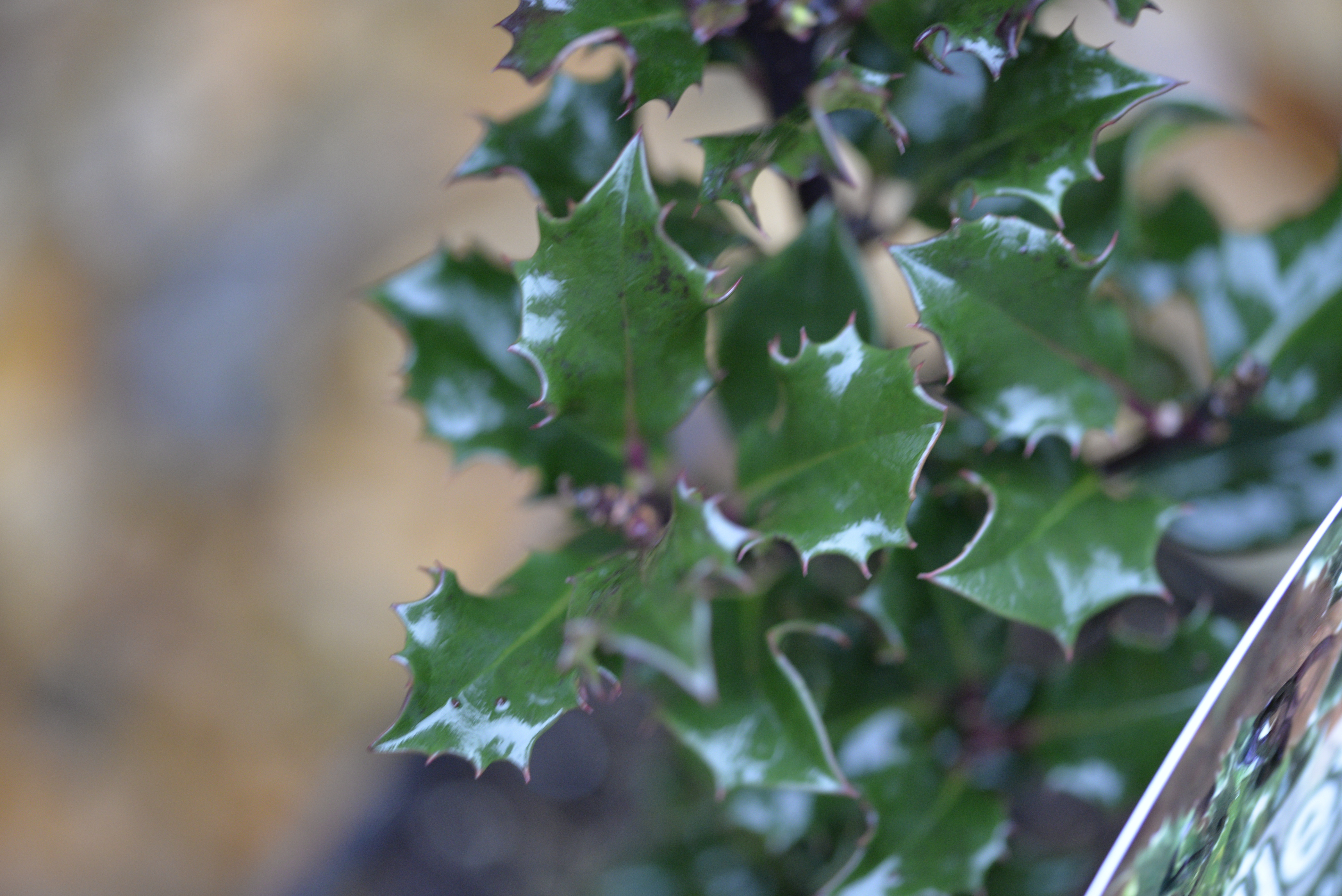 However, ‘blue angel’ is no good on its own as hollies are dioecious. They have a gender. Blue angel is a female holly so in order to get the berries a male needs to be nearby. That is where ‘Blue Prince’ comes in. This is a male holly which will form the flowers, to fertilise ‘blue angel’, but not the berries. Some descriptions of the plant online say it will form berries, but I believe these are inaccurate. It has an award from the European boxwood and topiary society. They are both tolerant of sea winds and clay soil making them good choices for me in theory. This has been planted near the shed replacing a patch of thuggish hardy geranium that was getting out of control. It should form a nice block of evergreen foliage that blocks line of sight to the bare back fence. It will also act to some degree as a windbreak for some of the surrounding plants. 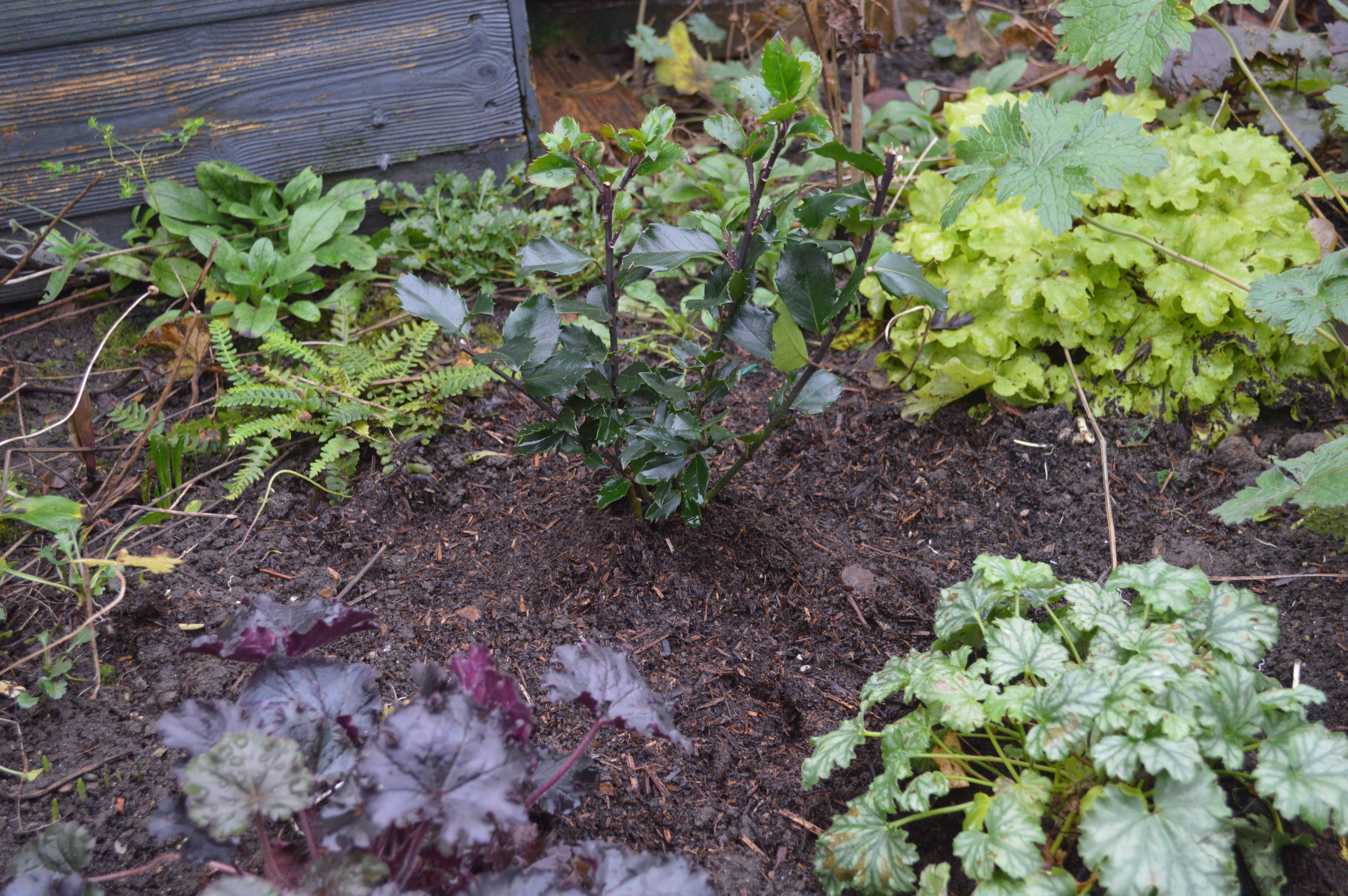 I have managed a few garden jobs this week. A few more bulbs have made it in the ground but I still have more to go. Hopefully, now I am off work I’ll be able to get back on top of the garden jobs. The garden isn’t looking too bad but it could do with some attention to get it back on track. I leave a lot of the perennials over winter for wildlife to shelter in but a few are in need of a cut back as there are other plants coming through for winter that are hidden by the dying growth. I have Lou Nicholls talk on auriculars to enjoy this weekend. This may leave me with a desire for auriculas.