This week we had the first proper burst of frost. This week’s six are almost all plants that have featured regularly but they take on a different appearance with the frost.

This has retained its colour for a long time. It’s a smaller version of limelight and I have it growing in a pot currently. Hydrangea flowerheads look great with frost on and the combination of lime green with the icy edging is an attractive one. 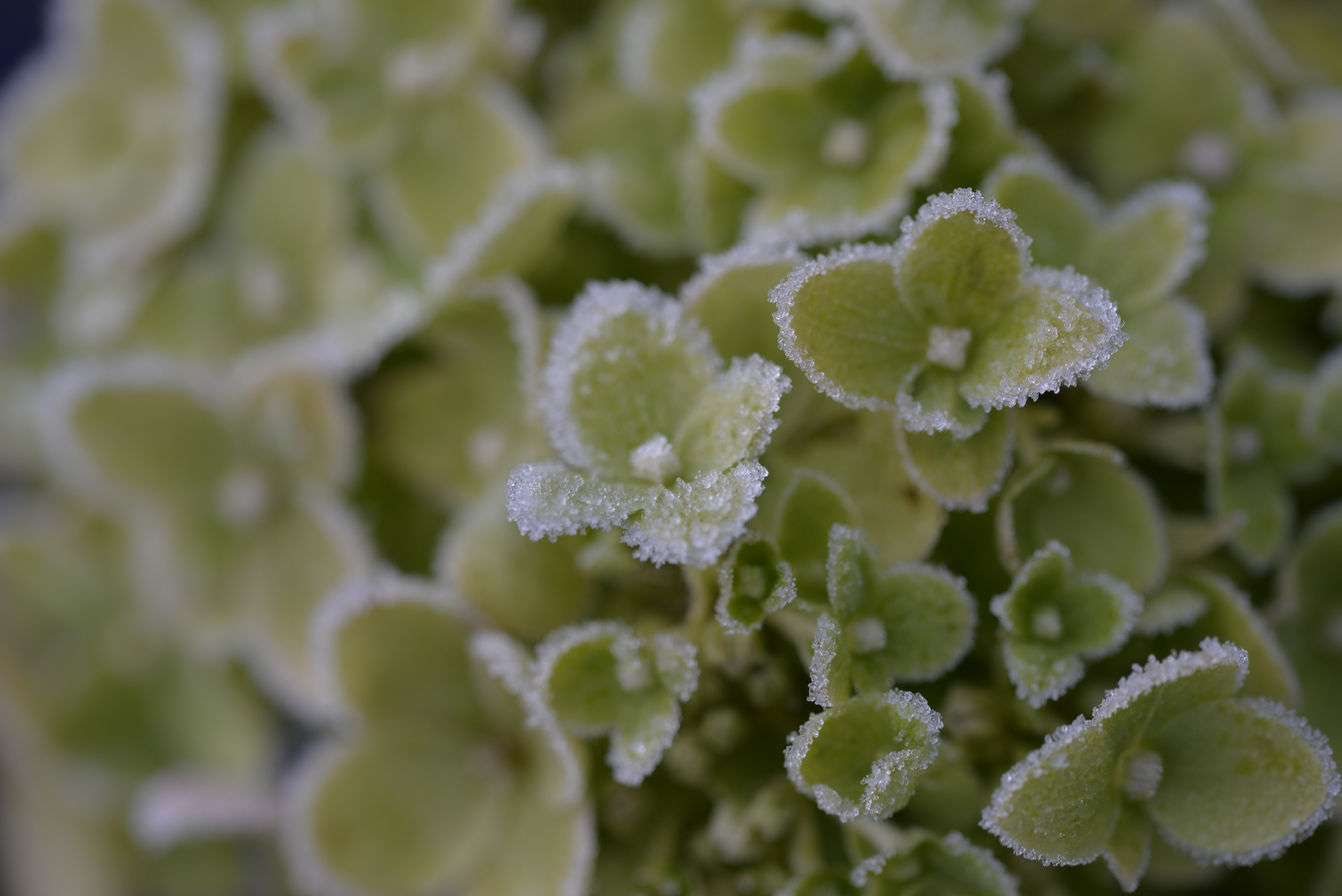 The heuchera often stand out in the frost with the veining becoming more pronounced. Here purple palace was looking very nice with the frost along the stems. 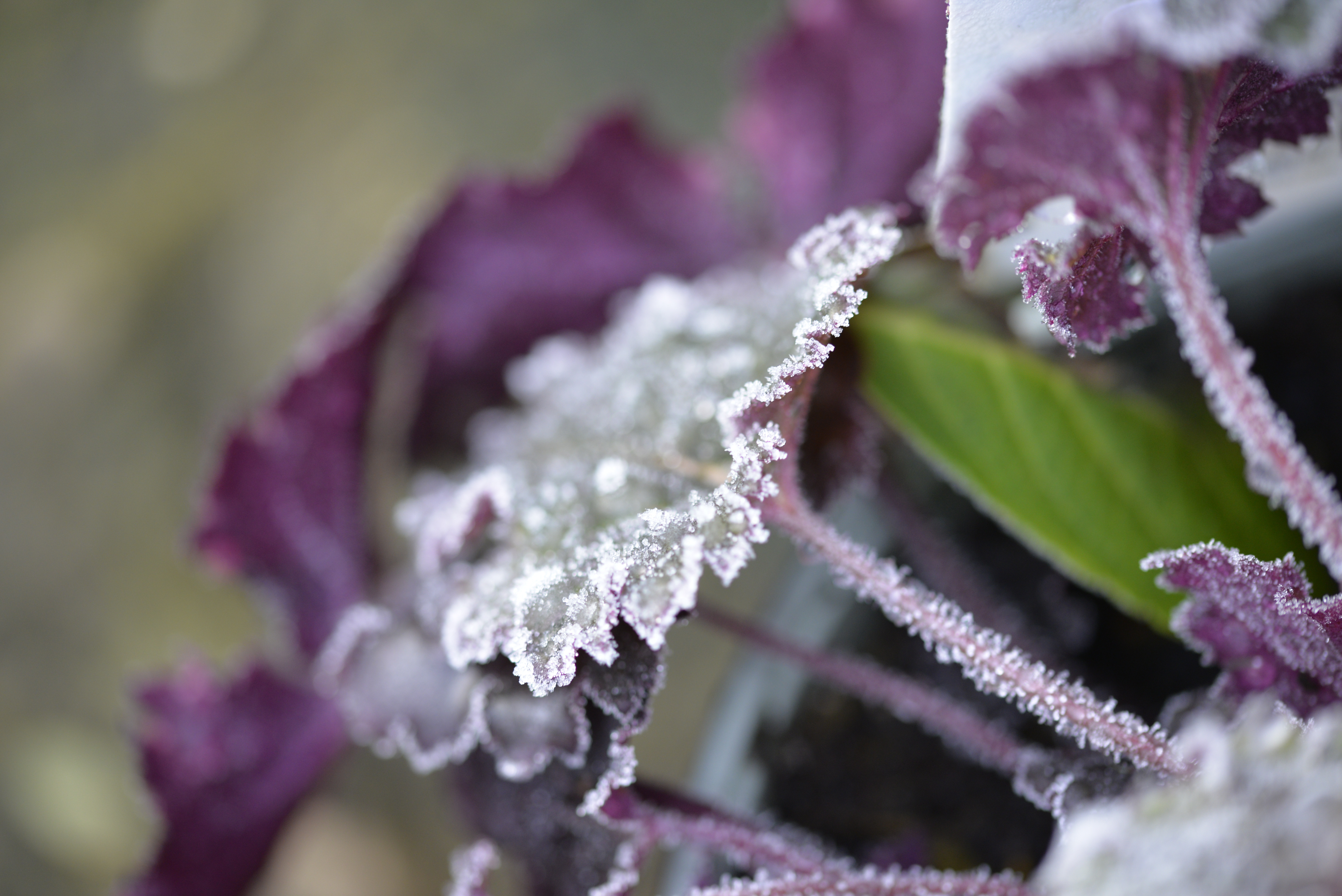 This sea holly has held onto its colour beautifully this year. It was quite late to flower but it must have been on the go for about 2 or 3 months now. The flowerheads were starting to drip when I got out. 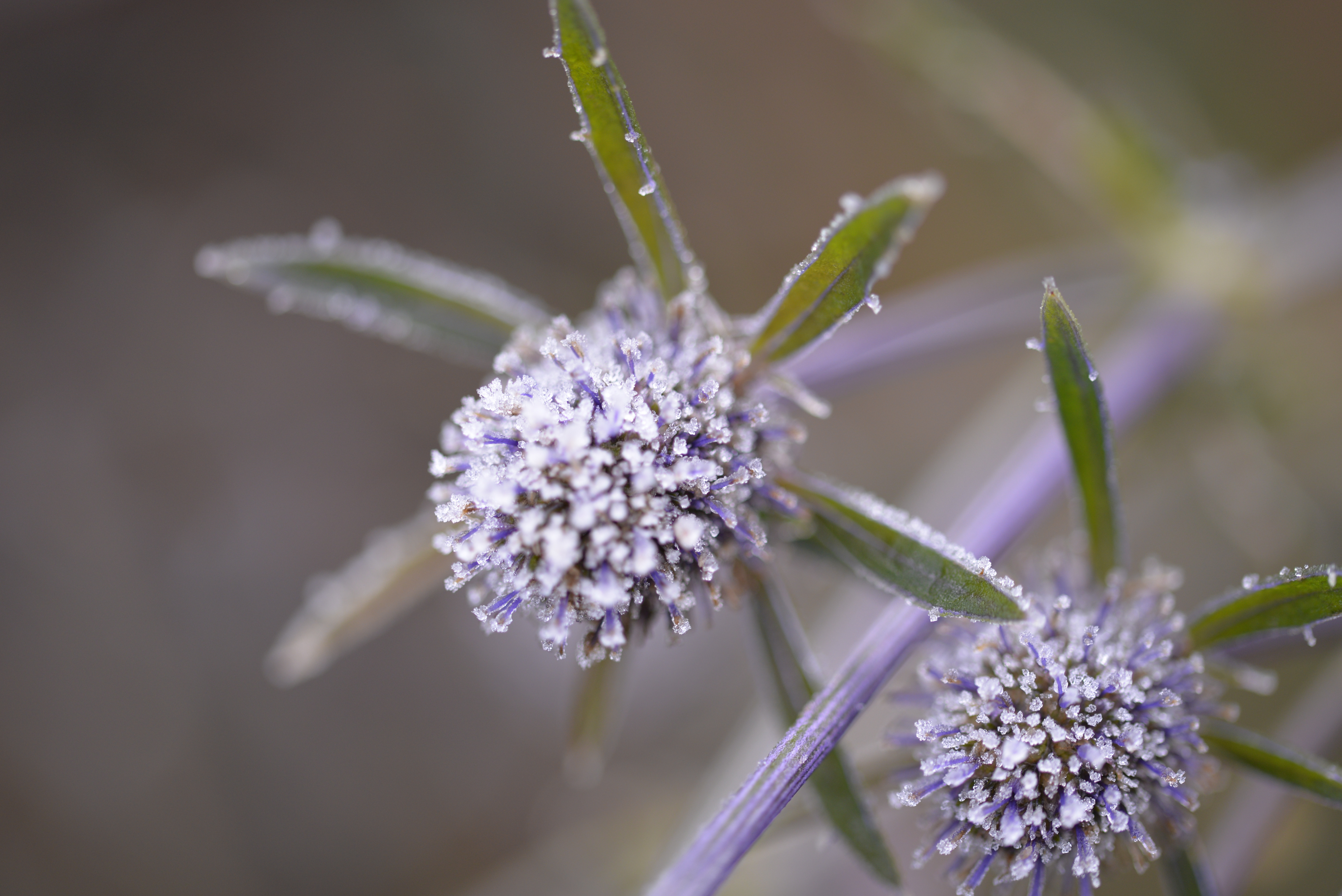 I really like the fronds of this fern. It forms single leaves spaced alternatively along the stem. Similar to the holly ferns but with a more spreading growth pattern rather than upright. 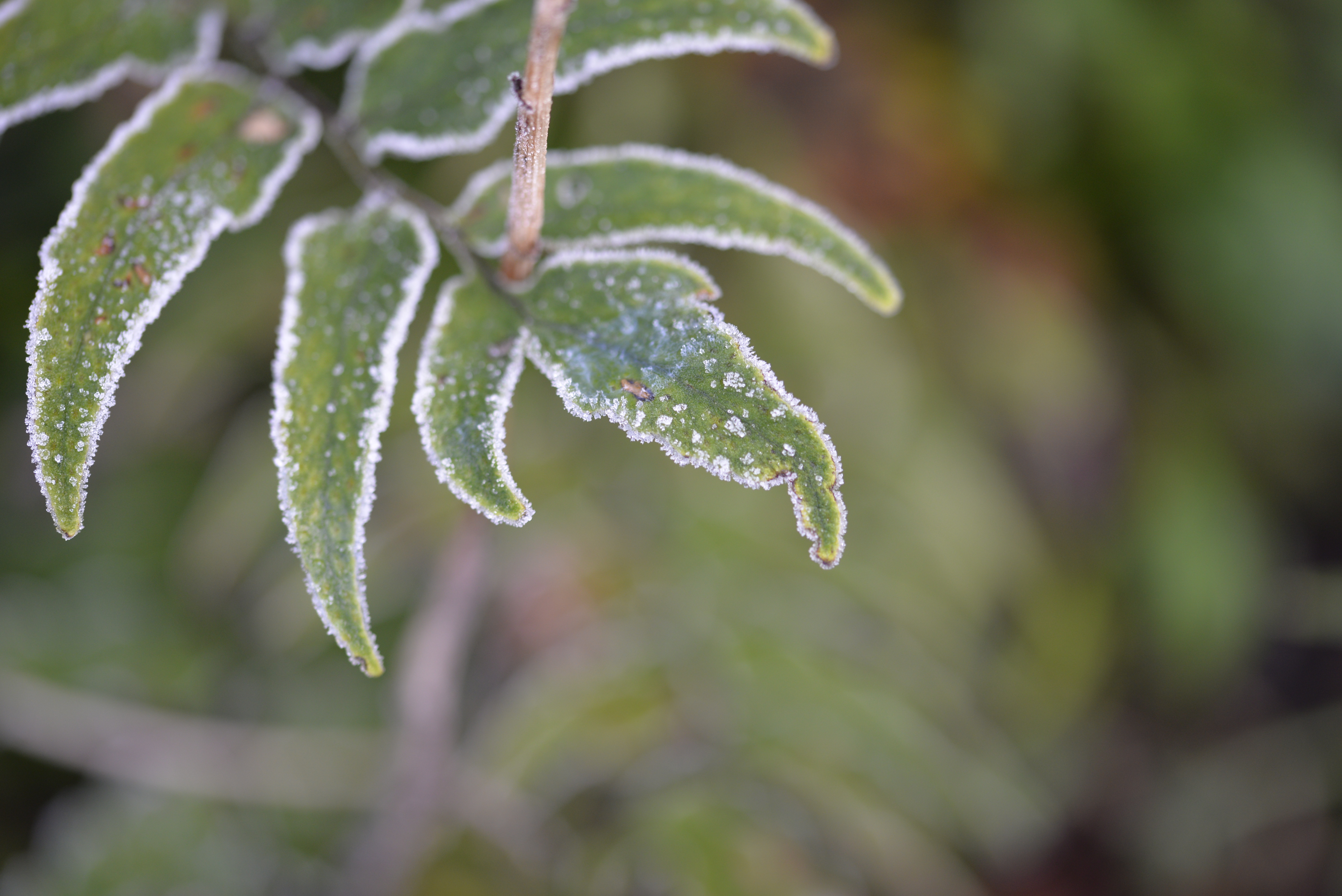 This fern was dug out of my parents front garden when they were having their drive way changed. It was a beast and hard work getting out with my mums blunt spade. I haven’t had the chance to take a file to her spade with Covid but it is more of a bludgeoning tool than the cutting tool it’s meant to be. I’m pretty sure it is a form of Dryopteris but not certain of which. Possibly filix-mas, possibly affinis. Either way it’s a nice a big fern filling out a space to the side of the lillac. It gets sun first thing in the morning and then is in increasing shade through the rest of the day. I like the way the frost settles on the edges of the fronds. 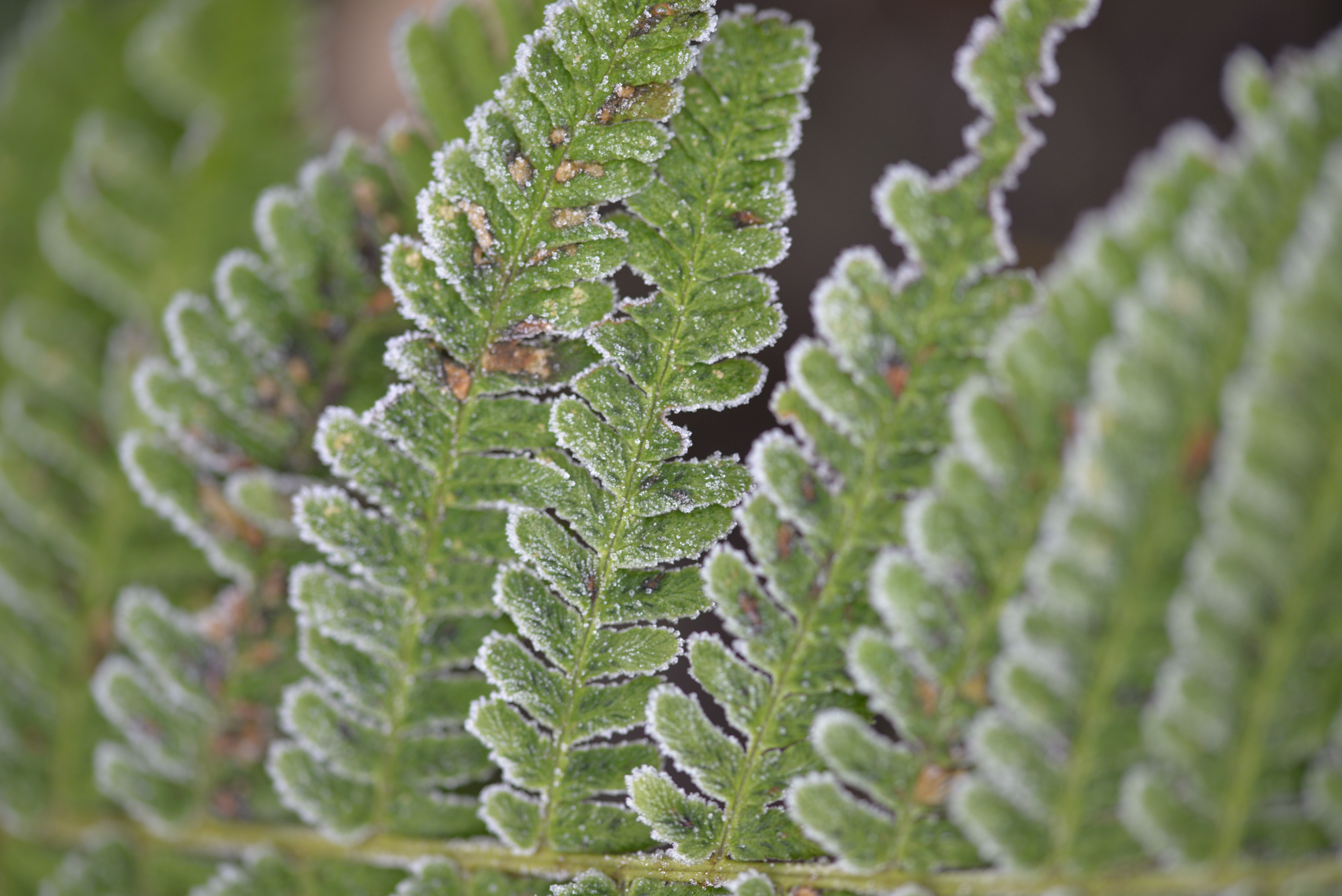 This is one of two hydrangeas that frame the steps down to the garden. These have lost their colour, fading from pink to brown. They are lovely even as they fade. They always look good with a layer of frost on. These will be cut back in late winter to encourage more flower buds, along with cutting out dead growth. 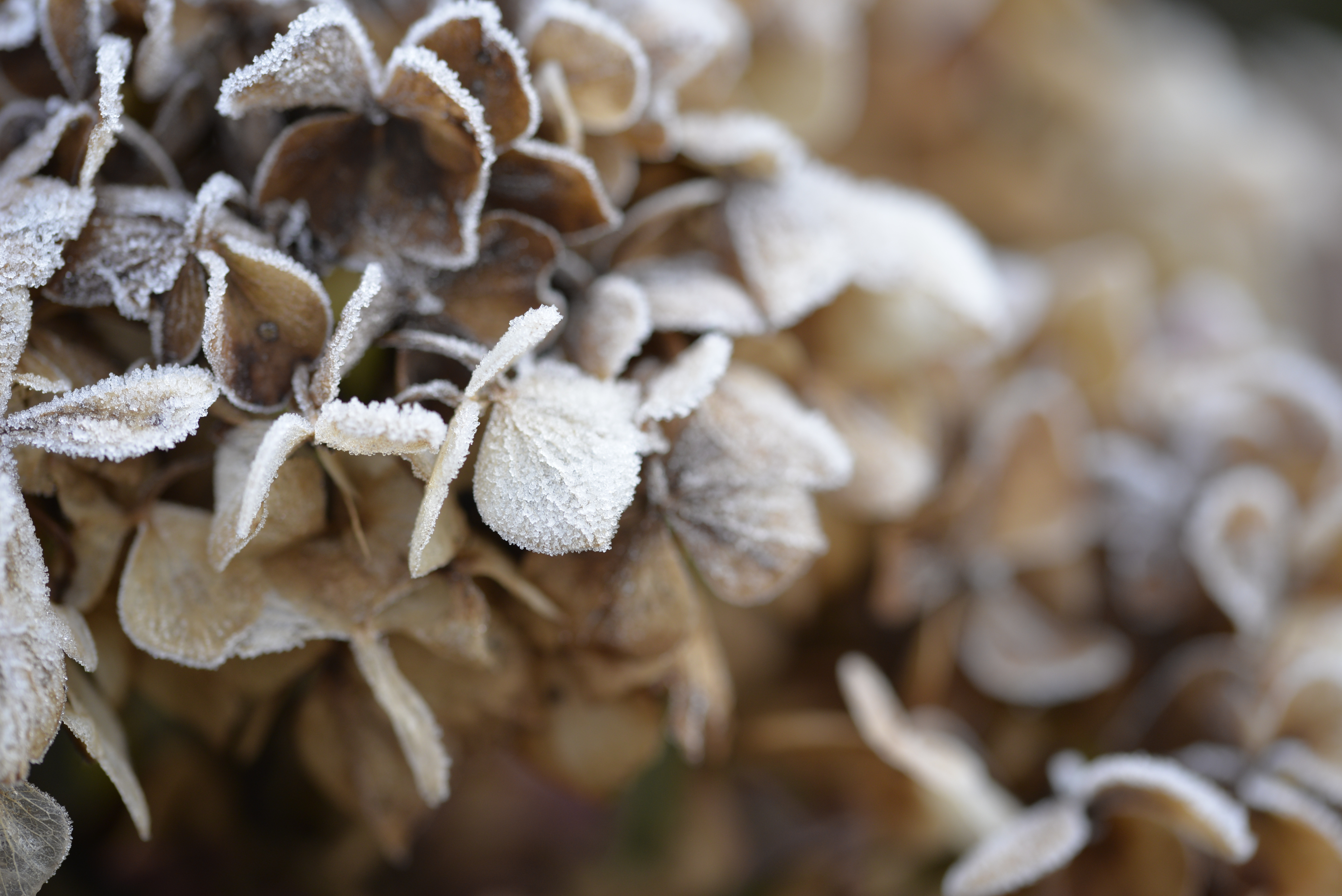 We have Alice’s ballet lessons starting again today. I did consider going back past the garden centre then remembered it’s Christmas and it will be hell on earth. So we’ll give that a miss. I am finishing off replanting the hanging basket. The fuschias were looking a bit tired. I’ve got a few winter plants to replace them with. Hopefully look a bit better. Hope you enjoy your weekends.