Alice has still been off school part of this week so the garden has largely been neglected but the small time we’ve had on garden jobs has been enjoyable.

On Wednesday we had Alice’s last day of home-schooling before her year group reopened. It has been closed after another child tested positive. But they’ve had their isolation period and she can return. I posted last week that we have been doing breakfast birdwatches but I wanted to post about it again as she drew such lovely pictures. 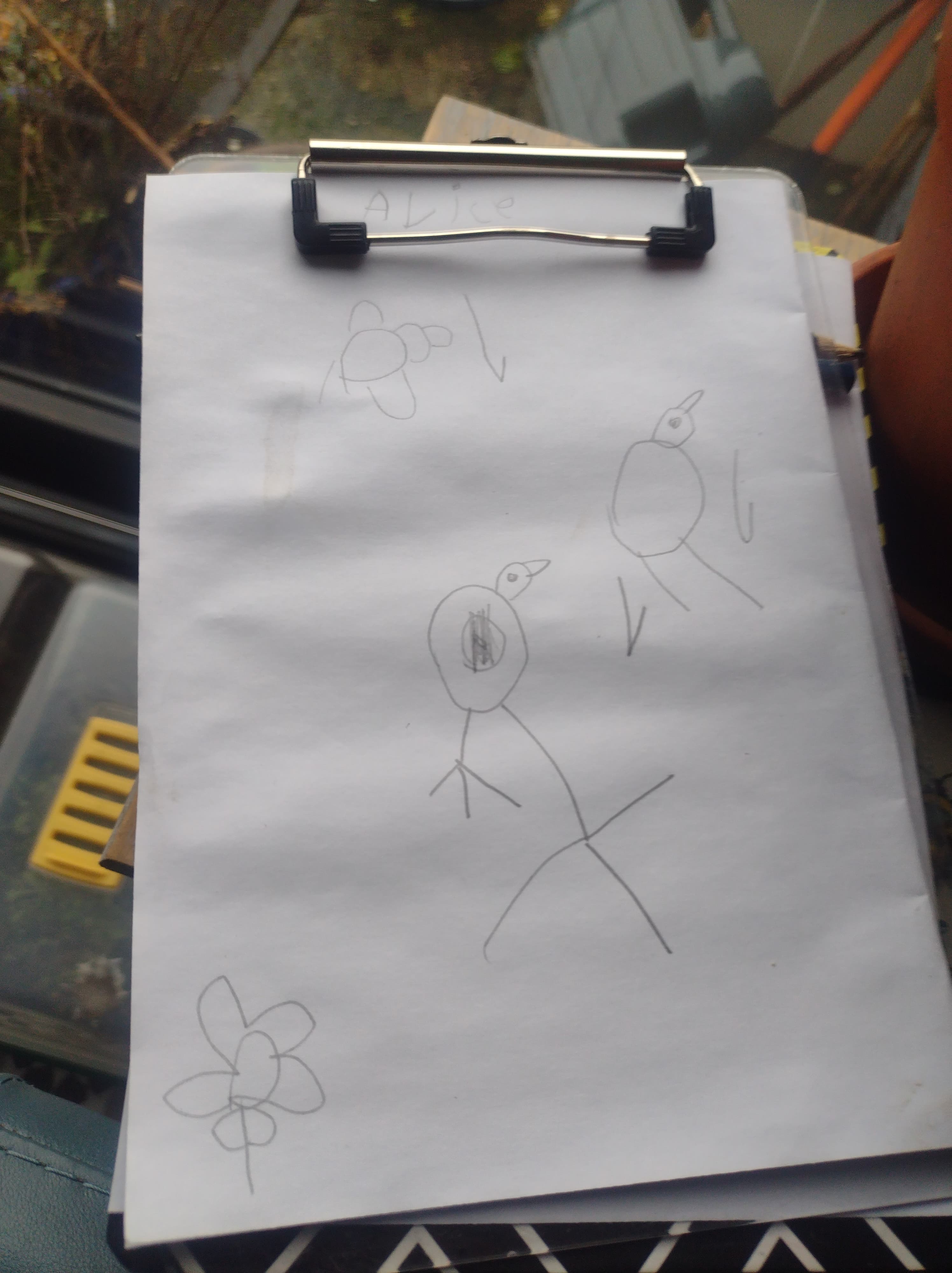 We have found a lot of feathers through the week on the lawn. I need to set up the trail camera to see what is responsible. It may just be birds scrapping or it could be the neighbour’s cat or the sparrowhawk. 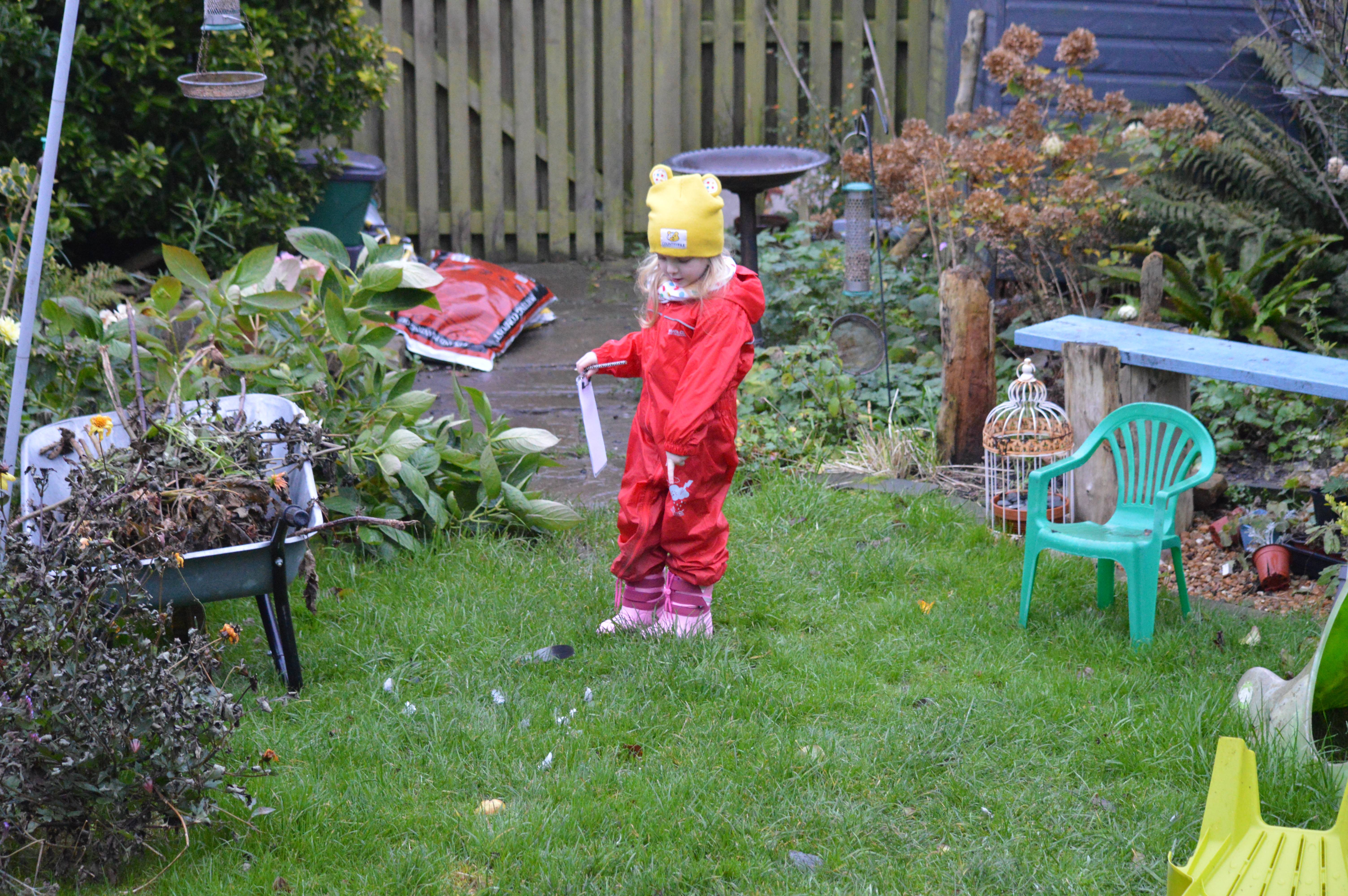 And a mouse fallen victim. As we have remains left I suspect the cat as the sparrowhawk would have taken it. 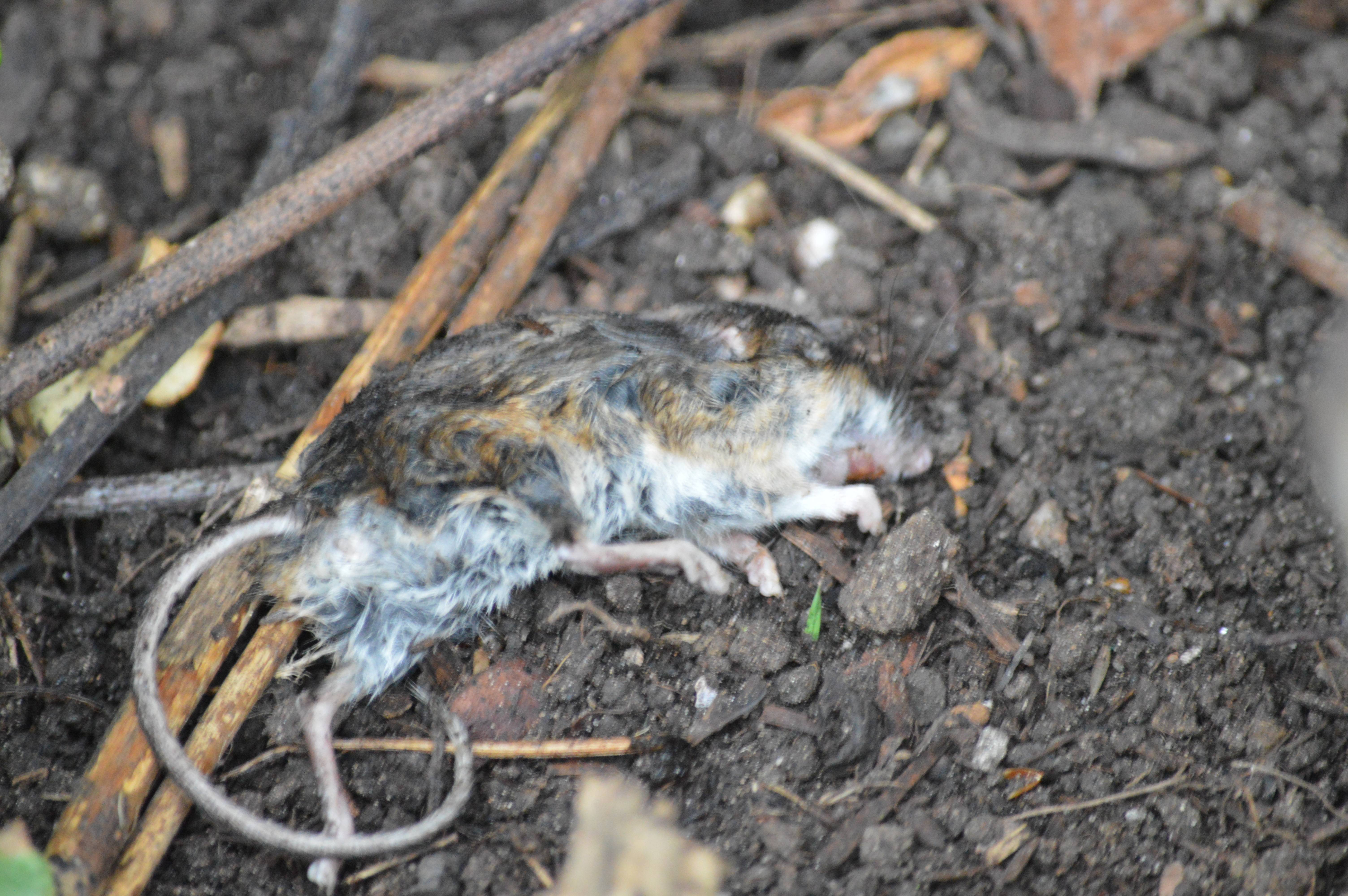 I did spy the sparrowhawk catch a sparrow last week. It zoomed in and snatched one and was out. I just managed a picture through the window before it was off. But I’m not sure it’s responsible for all the damage. 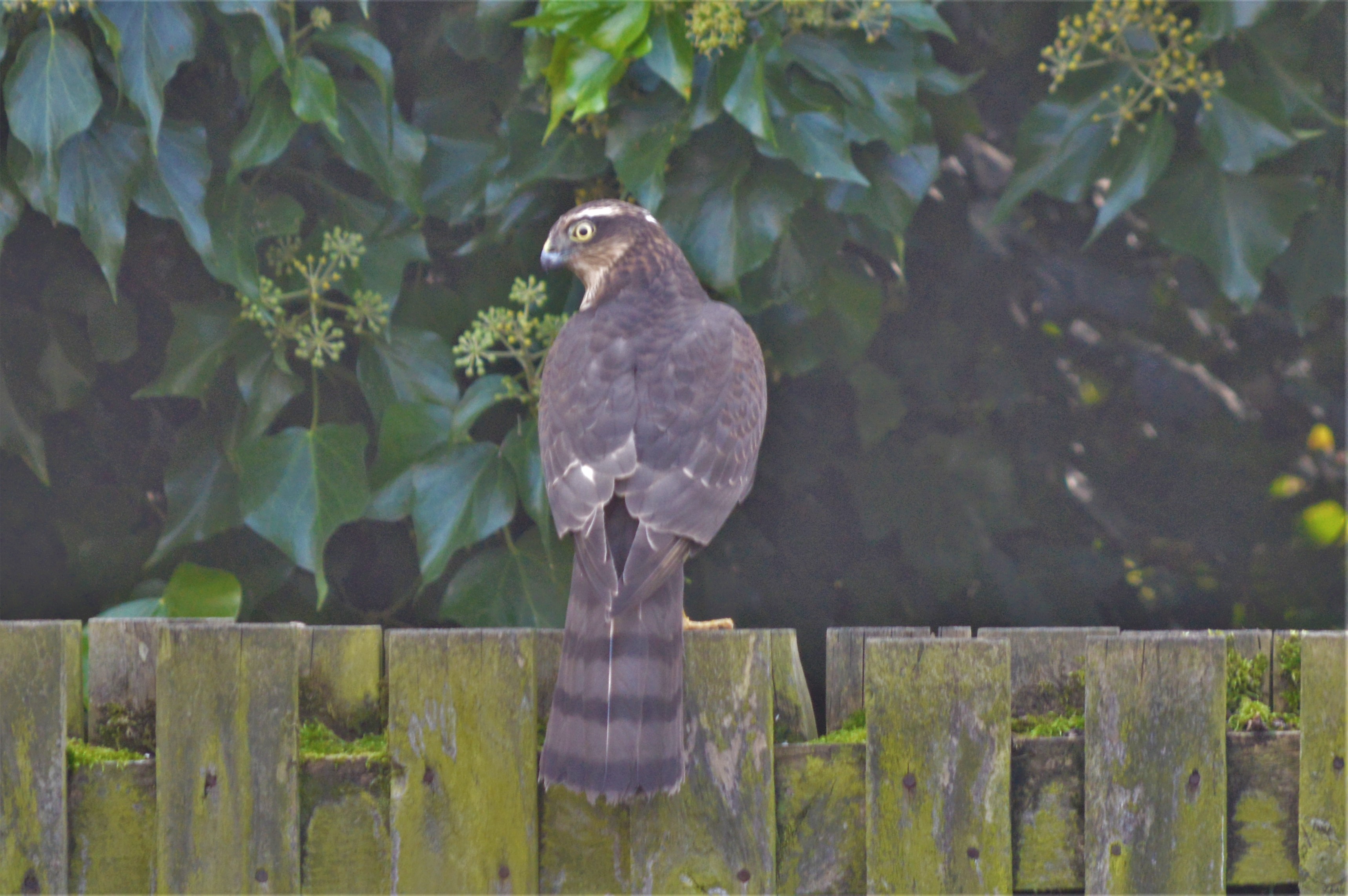 The sprouts were devastated by caterpillars earlier in the year but wasps then devoured them all and they have recovered. I’m not sure if we’ll have a crop for Christmas but it would be nice. 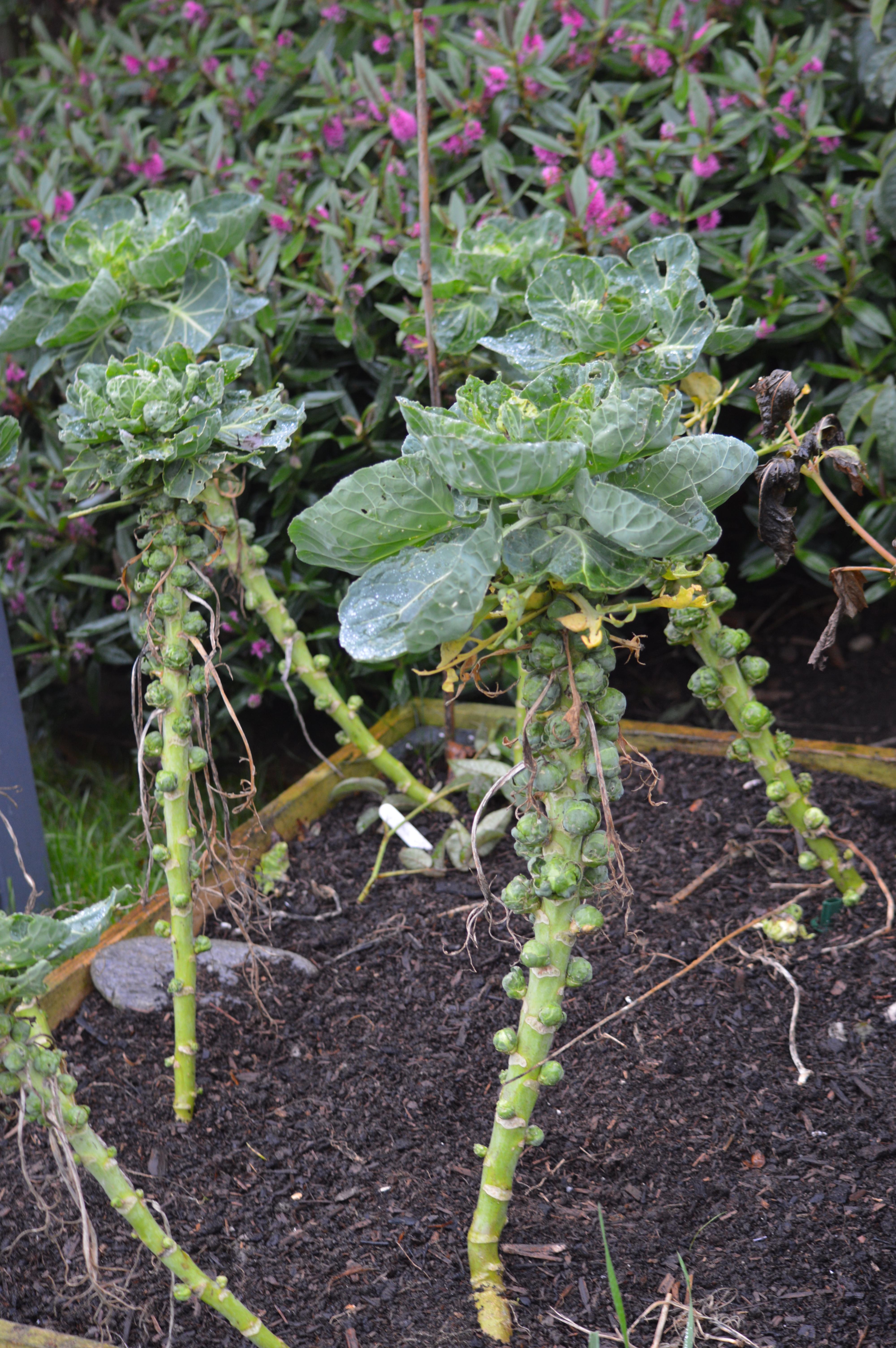 Friday would have been the Christmas light turn on in my town. But they haven’t had the chance to raise the money this year so they are lower key. So, there has been a community push to place lights outside peoples own homes. In the front garden, I have used some solar-powered wire LEDs. They have a backup battery for dull days. I have stuck to the white lights in the front garden. 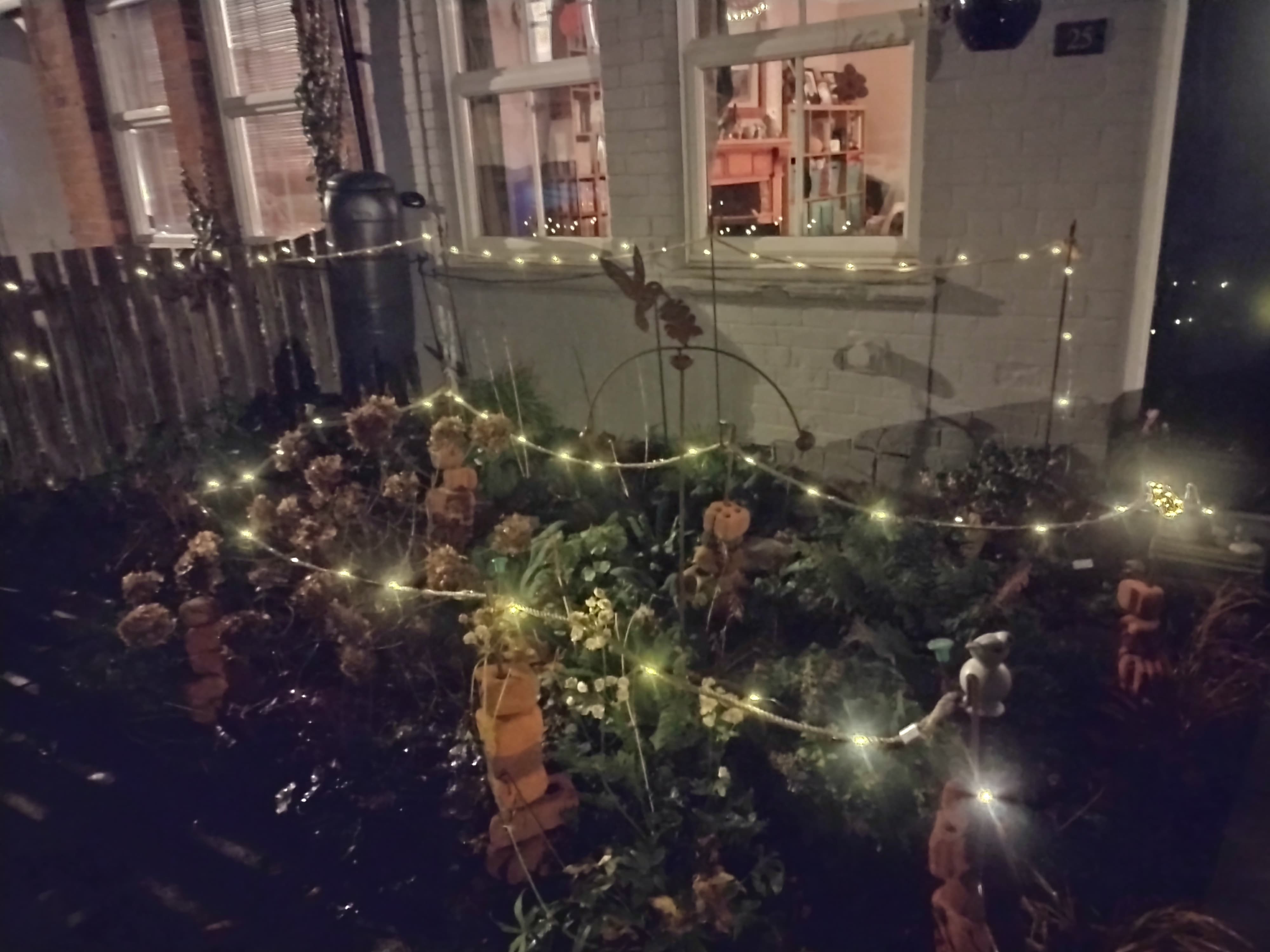 In the back garden, we have lots of battery-operated coloured lights. I’m using rechargeable batteries as they do need recharging a few times over the month they are up. 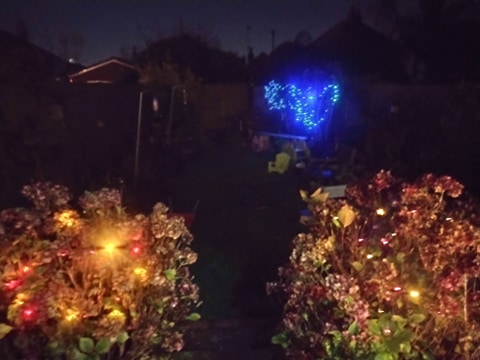 This is an Algerian Iris that normally flowers January to February time. I’d bought two varieties earlier in the year as I’d been taken by other peoples. It’s nice to have a flower in that winter window where little else is flowering. But this seems to have got started early.  These are flowering at the base of the stems so I don’t know if I’ll get some larger ones in future years. 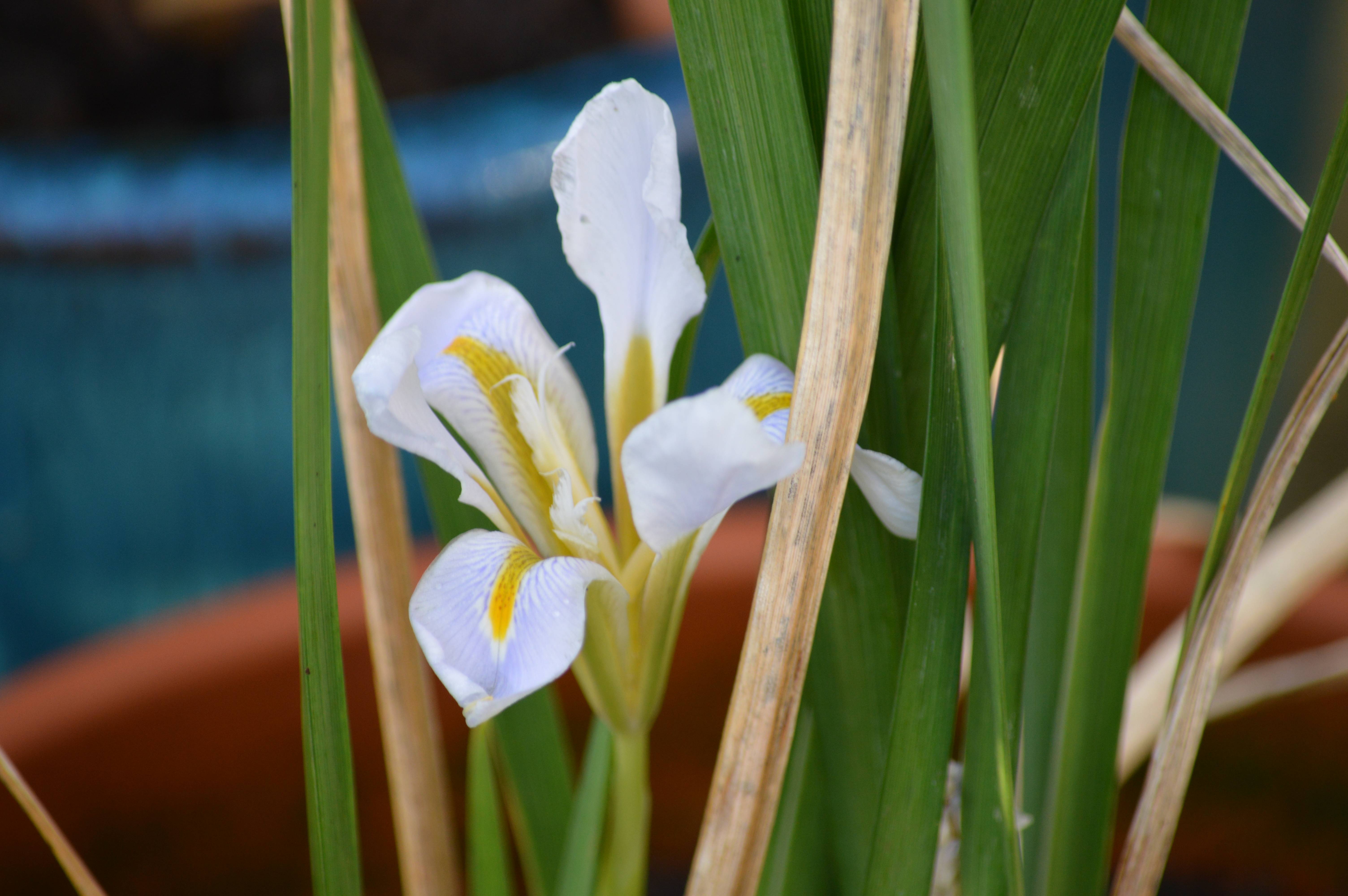 We will be going out of lockdown next week and into Tier 3 lockdown so there won’t be any changes for us. But seeing as we are both still working, Alice is at school and the garden centre is still open it doesn’t really affect my life much. I hope you are all keeping well.