We have had a busy week. Alice’s year group is closed now as a child in her class tested positive for Covid so she has 2 weeks at home. So, Amy and I are splitting our work time to home school while returning to work to school-school. Alice was initially upset to be off and then she realised this means she’s getting lots of time with us doing lessons again.

So onwards with this weeks six. I thought this week I would have a look at a few wooden tools for the garden. A new shop opened in town two days before lockdown. So, sadly it has had to close. It is stocking lots of wooden sculptures and gifts, but it also has many garden tools at cheap prices.

We have quite a bit of bulb planting to go and Alice has got the hang of using my dibber so we can have 2 so she can have her own. We have a mass of Iris reticulata to pot up so that will speed the job up. 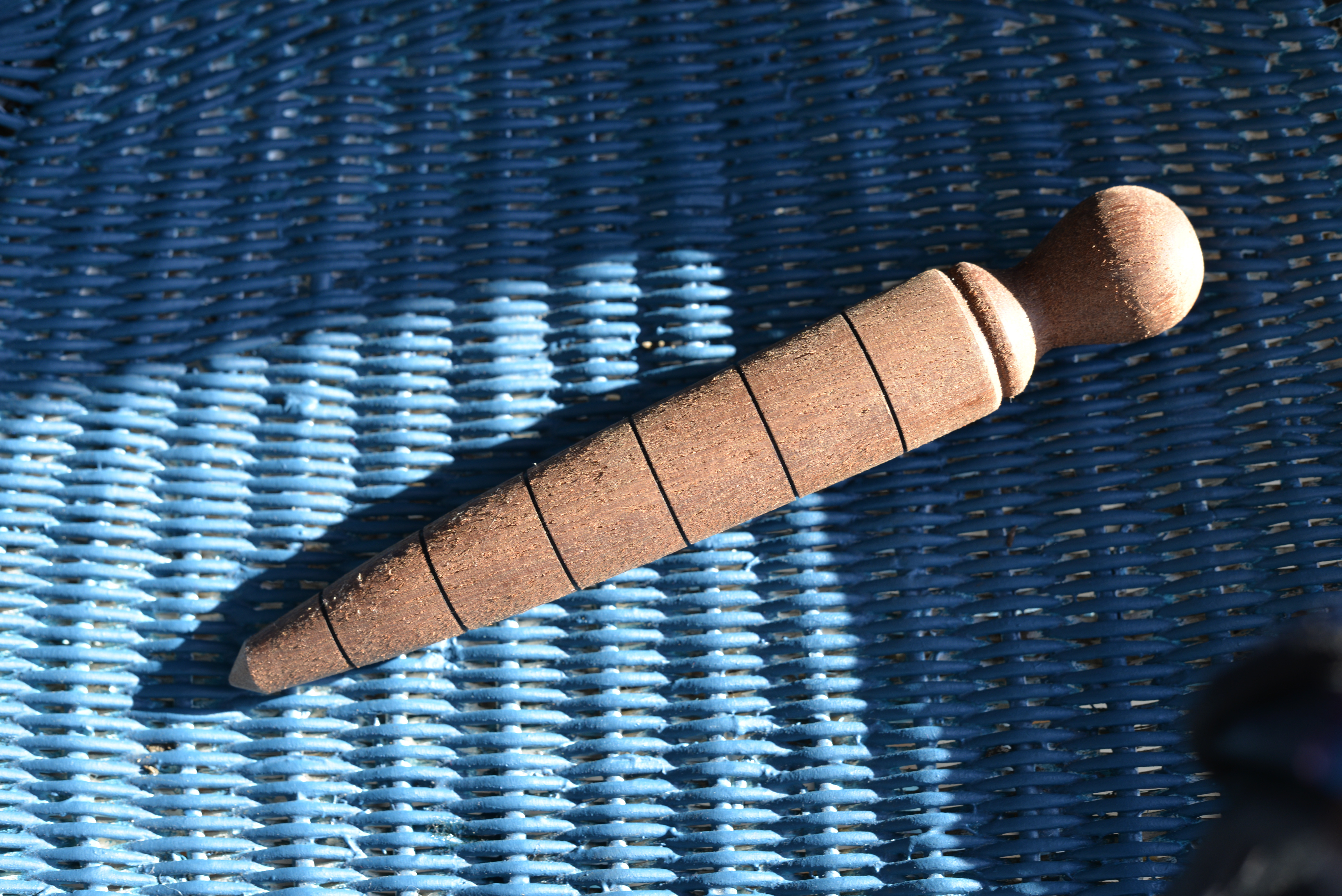 I thought this might be useful to carry some of the tools out and keep track of where they are. I might stain it before I use it just to hide the muck a bit. 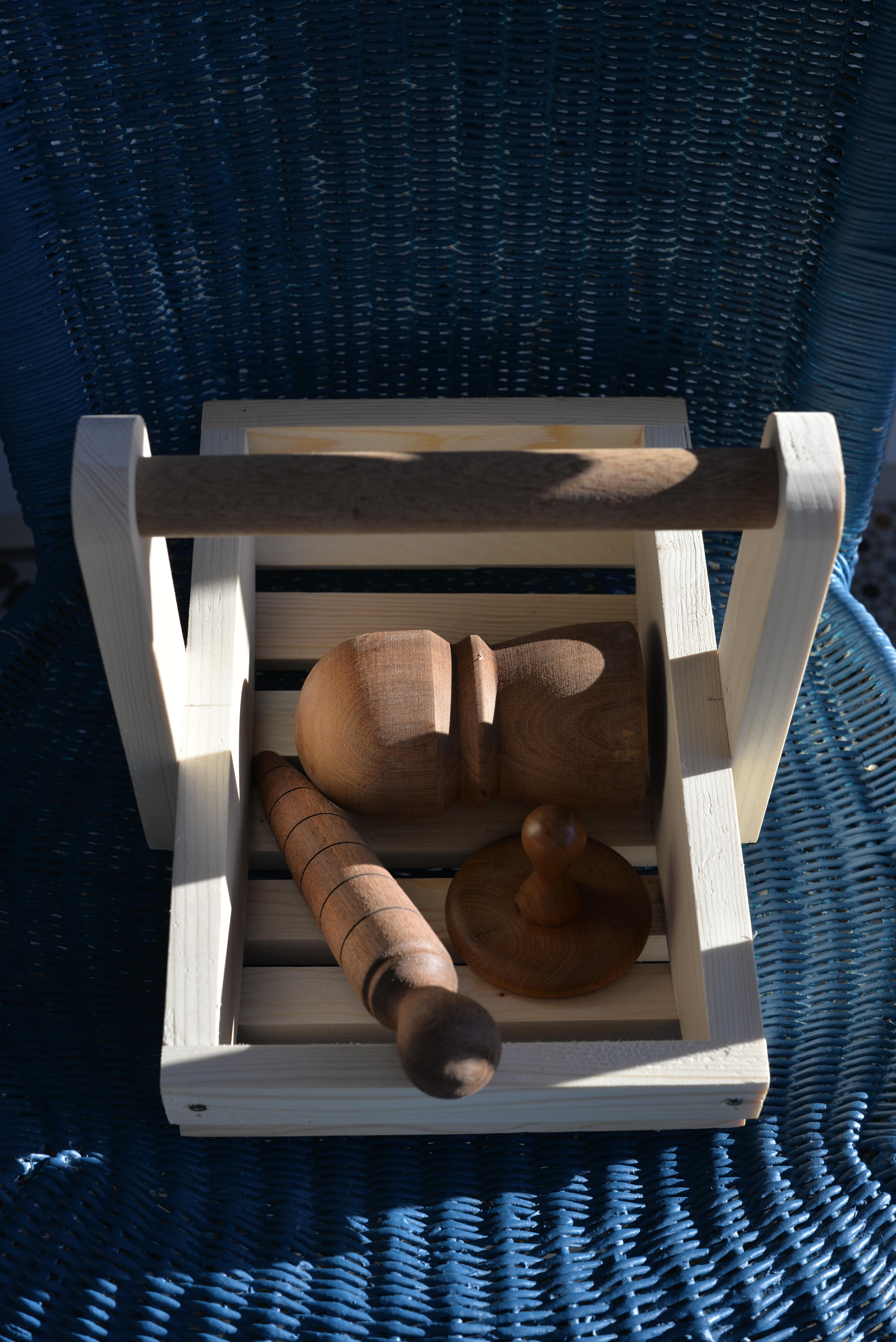 I’ve got this cane topper ready for next year to erect for the sweet peas. I’ll need to get some canes to slot in the holes. Ideally, I’d like to make it a little taller than what I used this year. But this year was making do with what was around with lockdown. I might ask if they can make some smaller single cane toppers as be nice to have some instead of the less attractive rubber ones. Though they may be practical they aren’t the nicest. 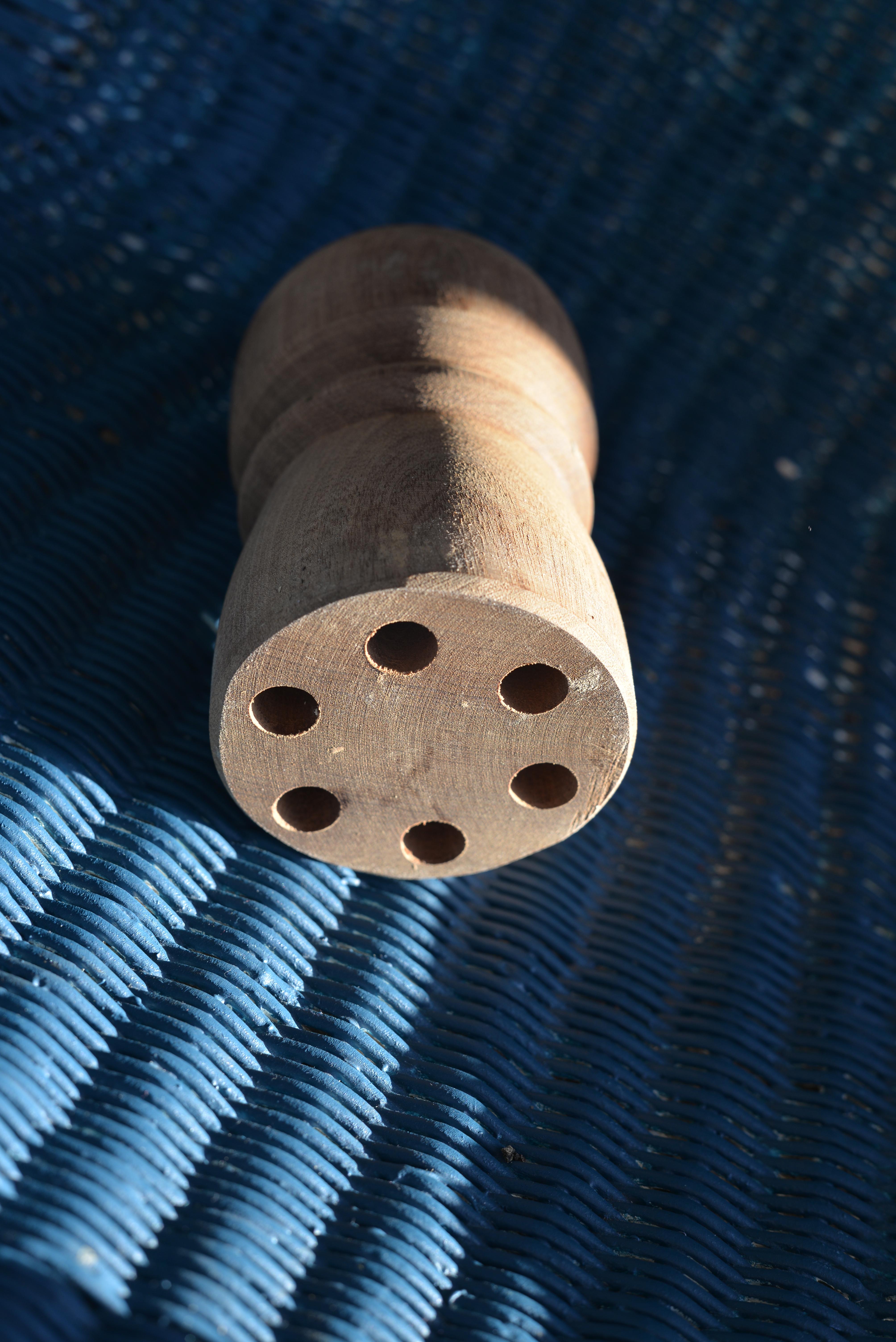 This tamper is used for pressing the compost down and smoothing it off in pots and seed trays. It was supposedly made from a yew grown by the great plantswoman Gertrude Jekyll. I like to think some of her talents rub off on the plants started using it. 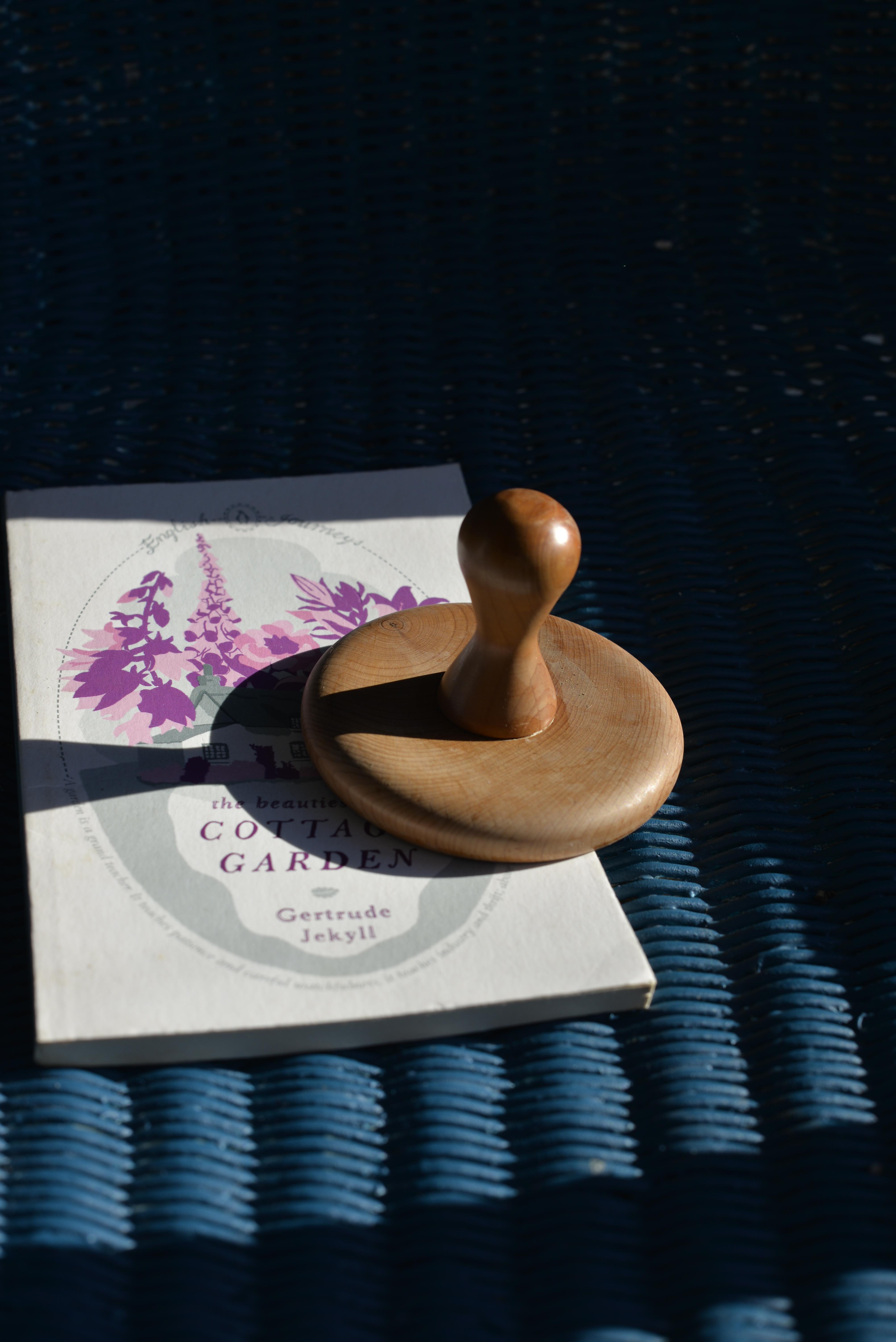 The yellow rose has managed its second flush of flowers. Very late on but much appreciated. Some years it has managed a third flowering but I don’t think I’ve fed and mulched it as much this year. 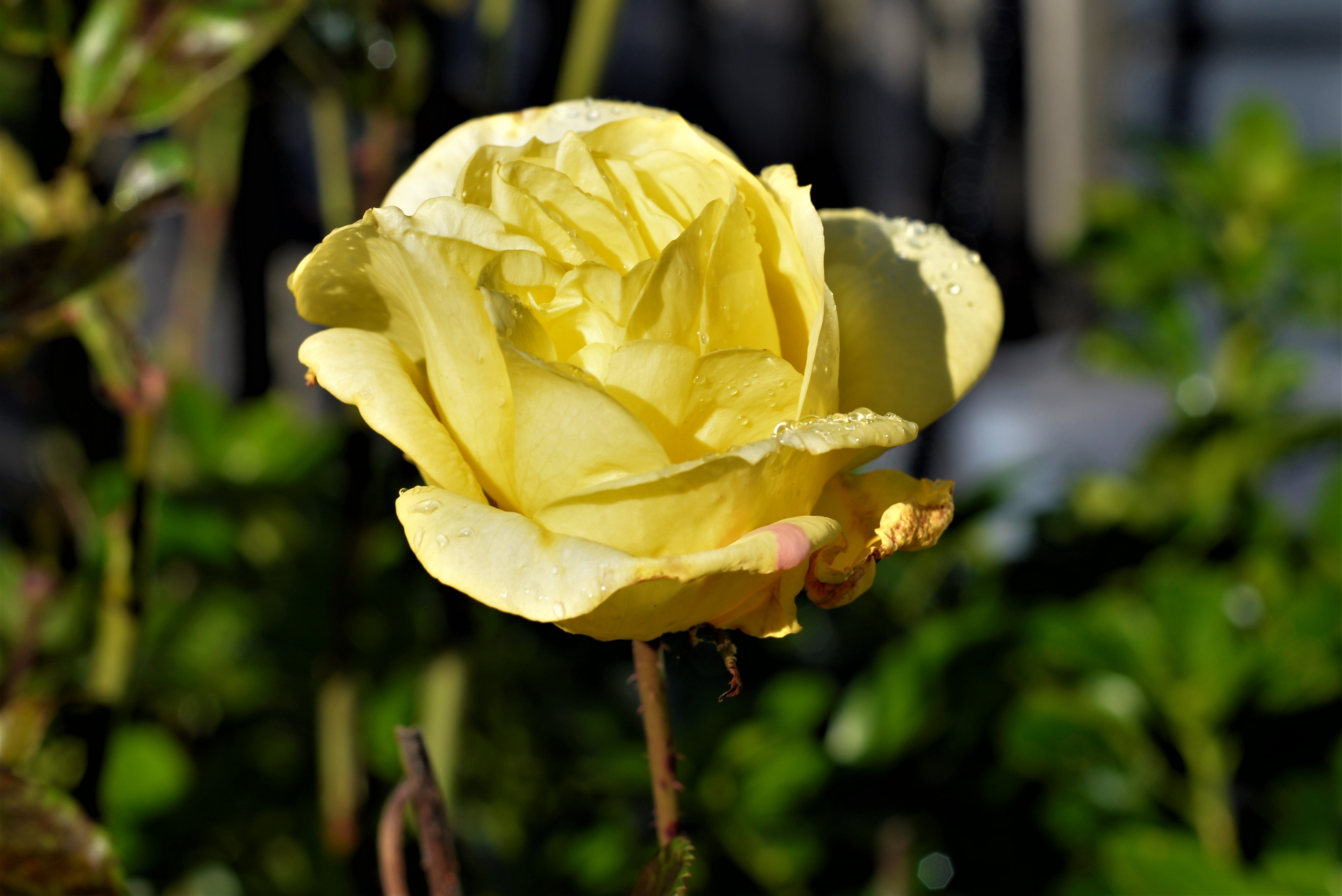 I think this was a basal cutting I took from Dahlia tamburo earlier this year. Either that or Black Jack. The dahlias are still going. The dahlia flowers are lasting well currently as we’ve had dull dry days. The wet days bring the petals off and the warm sunny days lead to the fading. I’ve still got quite a lot of dahlias looking good. But I could do with them being frosted now so I can lift the ones coming out and put blubs in. A lot will be getting left in the ground and getting a mulch but the potted ones come out. 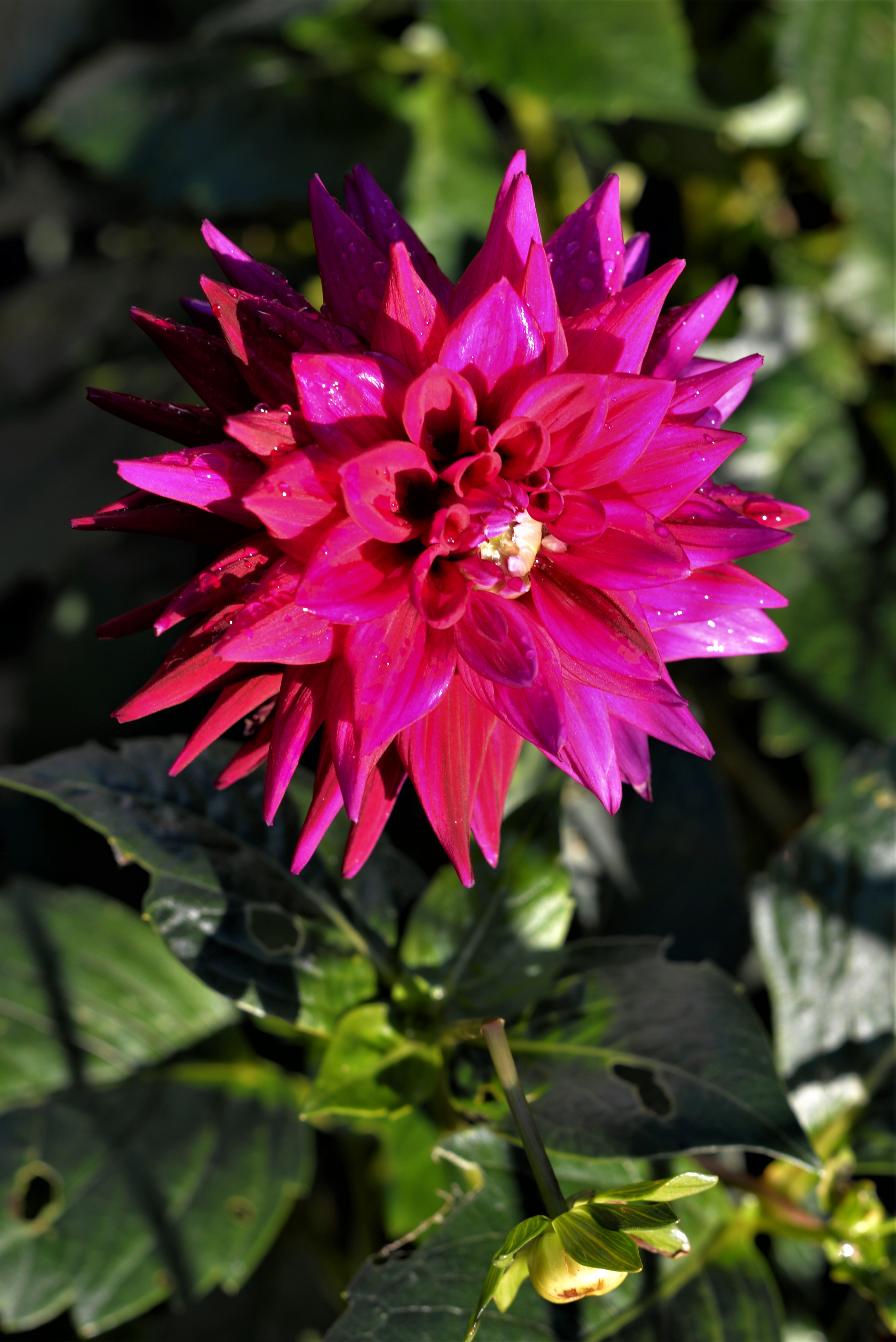 We might be on lockdown but we still have Alice’s dance lesson coming virtually through zoom so I will be busy for part of the morning. Then Alice is asking for a home-school lesson. She doesn’t have a concept of the weekend giving me a day off. Hopefully might manage a few jobs in the garden over the week if I can persuade Alice that they are part of her home-schooling. Enjoy your weeks.