I have recently read a number of books that have mentioned Derek Jarman and his garden at Dungeness. I had a vague knowledge of the seaside garden he created. The garden plants faced tough conditions needing to survive salt conditions. I picked up his garden book wanting to know why so many people held this book in such high regards. I devoured it very quickly. It features images of the garden and Derek, poems and descriptions of the garden and plants that thrived. He may be better known for his films and sexuality but this is a wonderful garden book. While my garden doesn’t face as harsh seaside conditions as his, my garden is also by the sea and I took early to collecting items from the beach. The ideas in his garden have influenced others who I think have probably influenced my garden before I was even aware of his. I probably have lusher conditions but we have some commonalities that I thought I’d explore.

Lawns, it seems to me, are against nature, barren and often threadbare – the enemy of a good garden. For the same trouble as mowing, you could have a year’s vegetables: runner beans, cauliflowers and cabbages, mixed with pinks and peonies, shirley poppies and delphiniums; wouldn’t that beautify the land and save us from the garden terrorism that prevails.

This is a passage early on in the book that brought me right on side. I would happily cut down the lawn. While there is sometimes a need for negative space there are other ways of achieving this. However, I have been told we need a lawn while Alice is little to play on. I’m sure she’d have more fun in a jungle of plants. Hide and seek is boring with a standard lawn in the middle. Derek’s conditions would have made a lawn pretty much impossible to make it look good. Our lawn is overgrown as I’ve left it while the builders are working. I did claim a bit of the lawn when I built a raised bed to grow a few bits during the first lockdown. We have a few sprouts forming and then I will probably dismantle. The lawn is going to need a bit of care after that to get it back in order. Far too much effort for something I don’t really like. 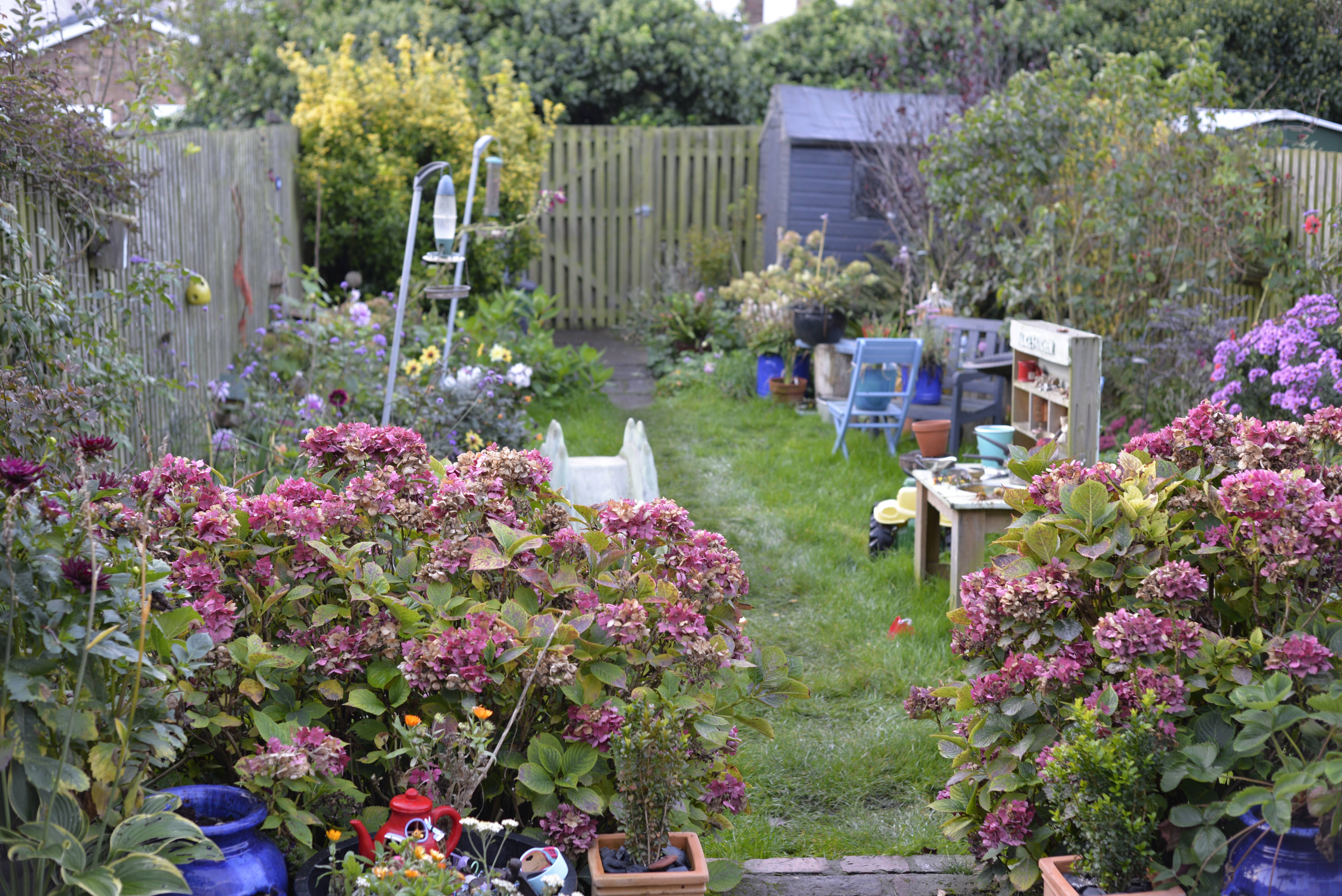 Derek’s garden made use of many pieces of driftwood found along his stretch. They stand around the Dungeness garden like standing stones and as pieces of sculpture. We have a number of large pieces we have brought back from the beach and many smaller pieces. A few are dug into the border with the plants surrounding. 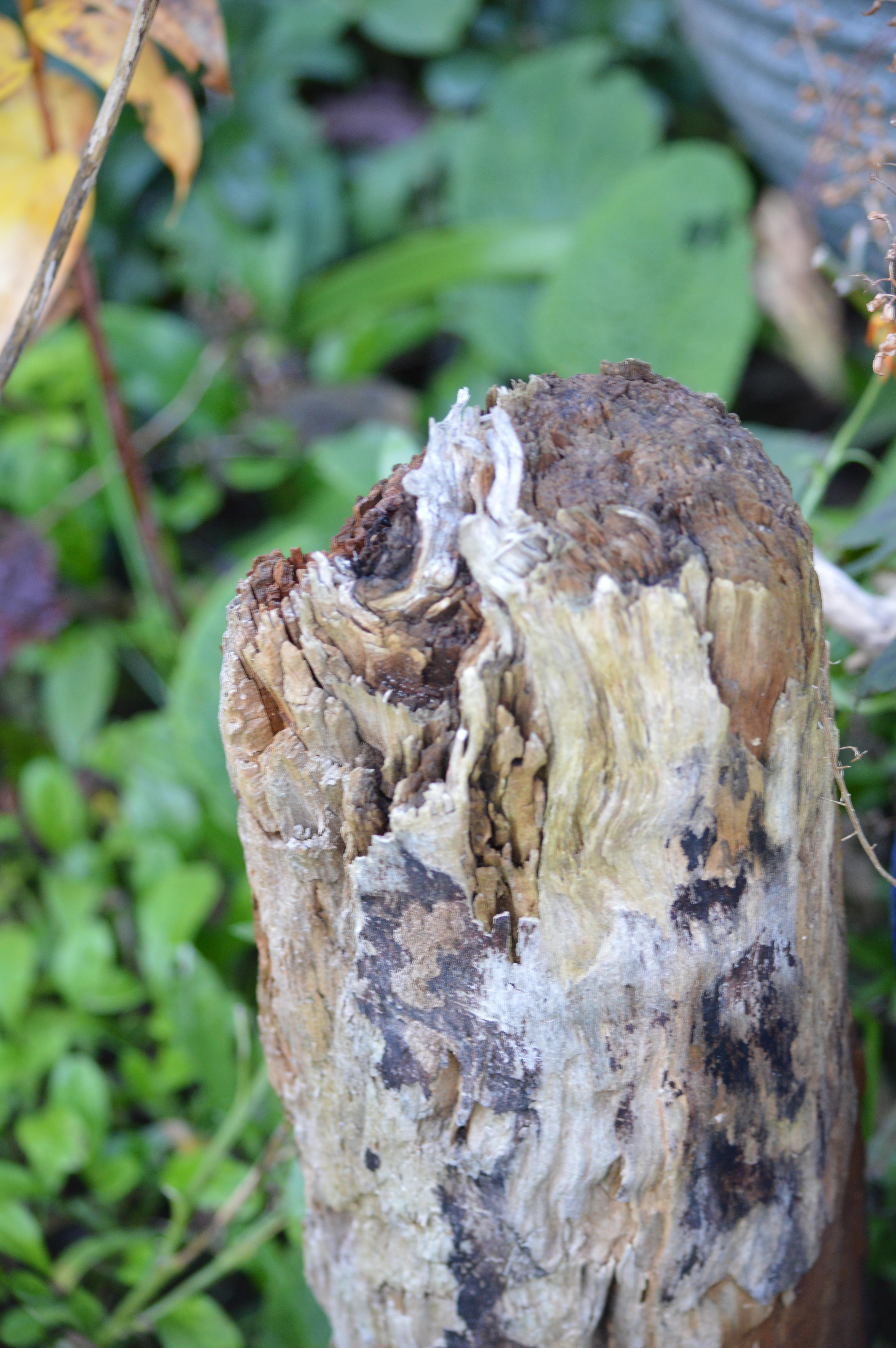 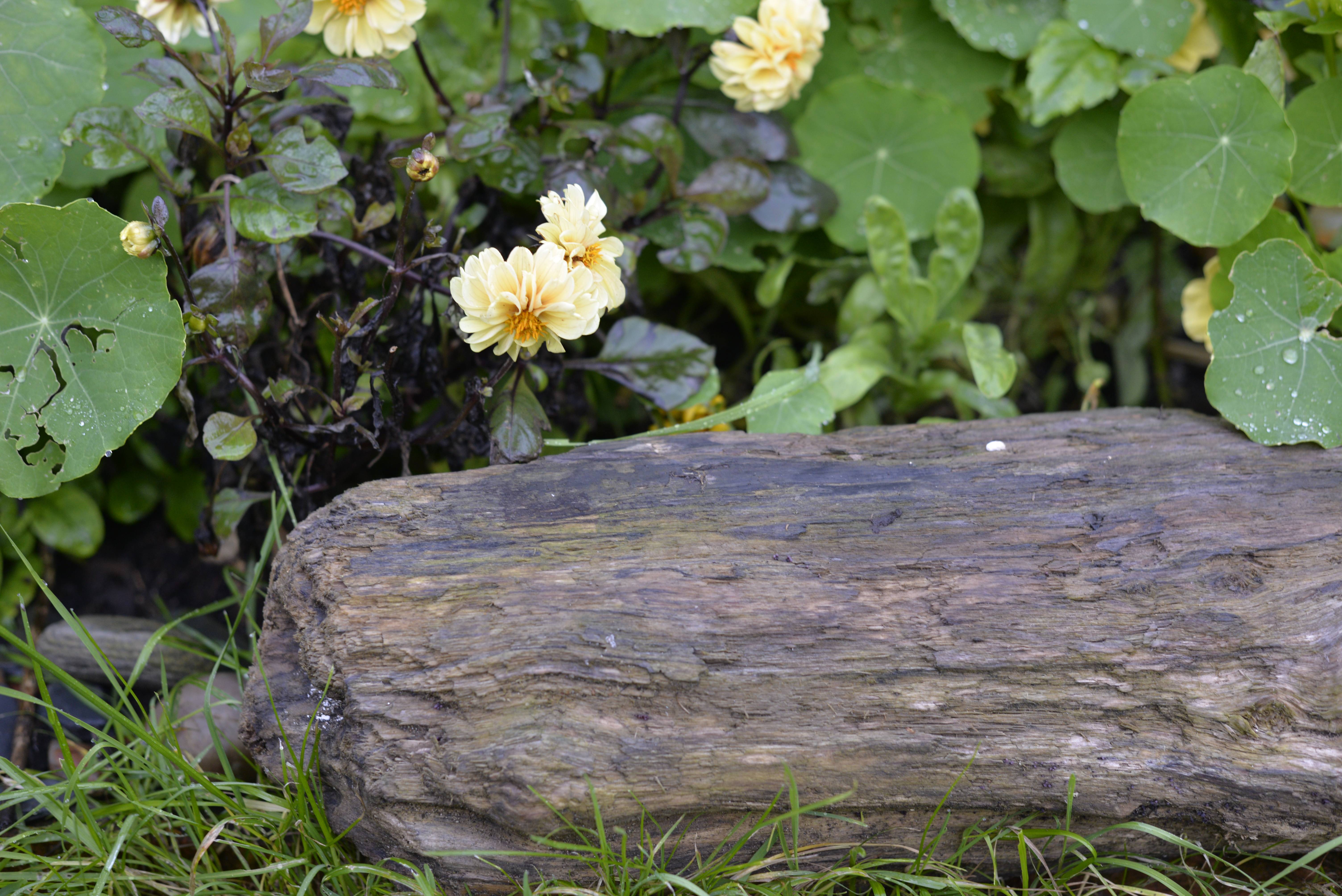 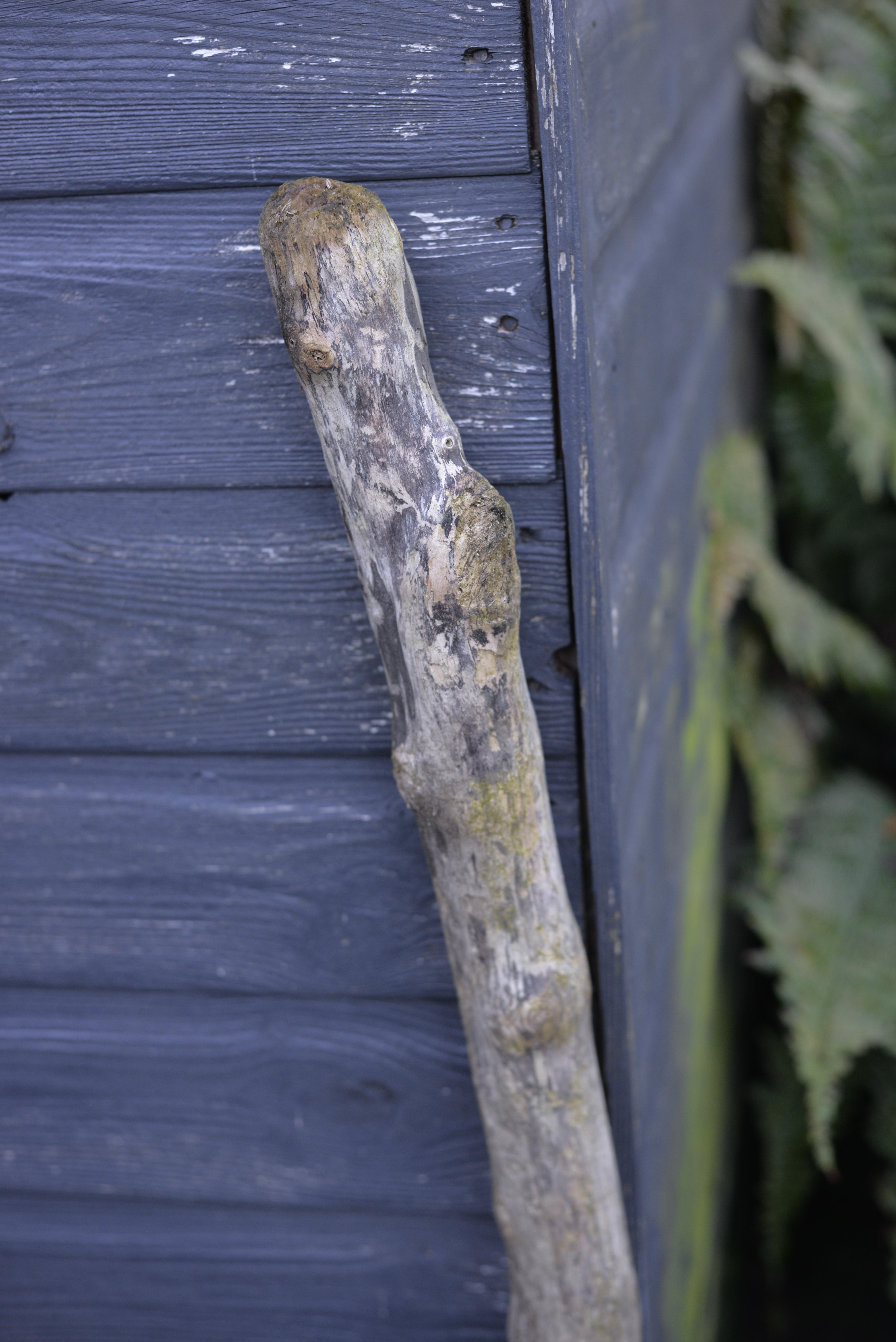 The garden at Dungeness was filled with lots of found objects from walks. Our garden has been filled with many odds and ends from the beach. Amongst my favourite are the brick spires that I created to stop the seagulls landing and digging up plants. The metal bars threaded through are reinforcing bars for concrete. They are gradually gaining a layer of rust which I think adds to the look. 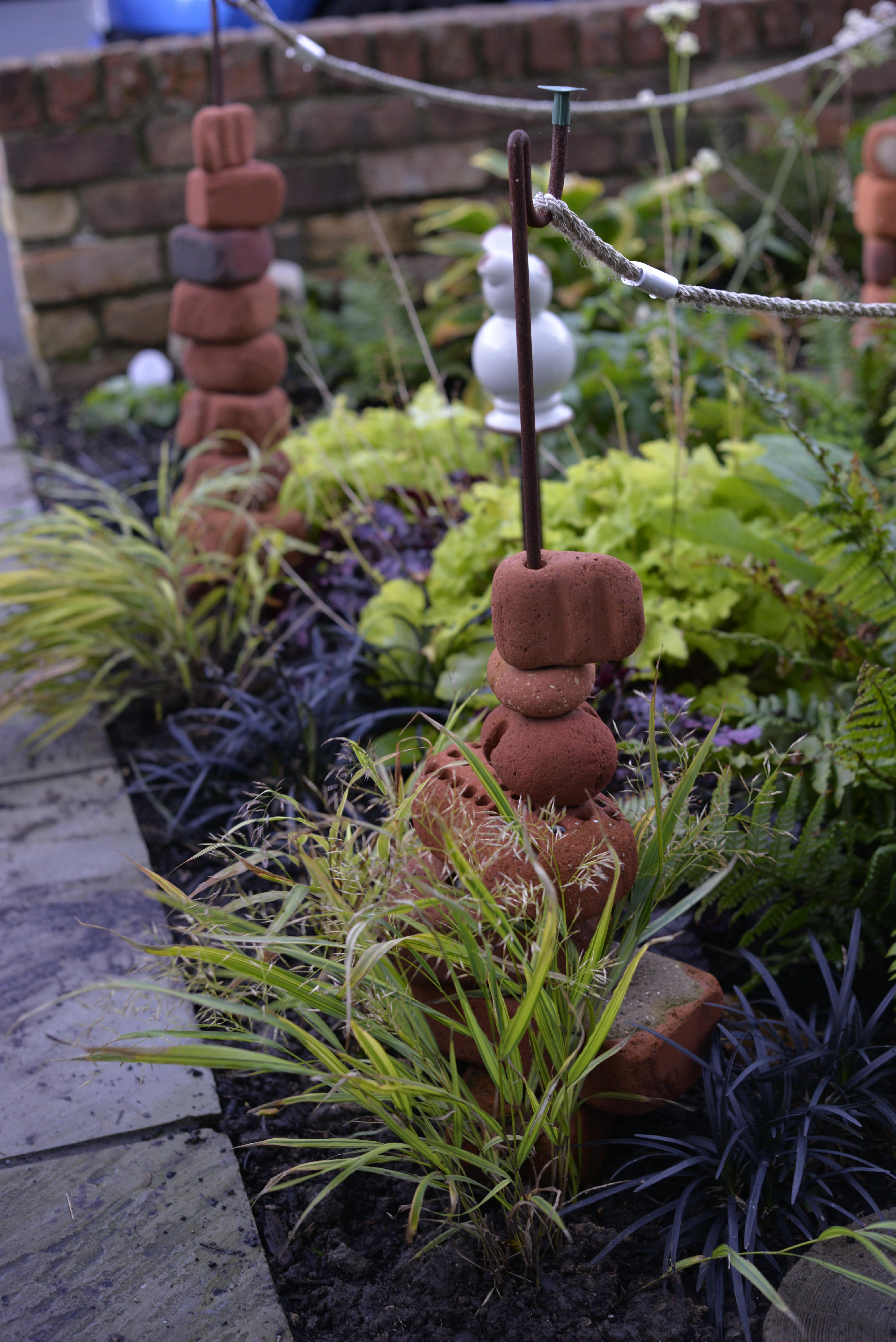 I have got a number of seeds that are about to be started that would have graced the Dungeness garden. I am trying a number of types of sea holly. These formed part of our wedding flowers. I have a few in the border but they are not very exciting forms. I’m hopeful Miss Wilmott’s Ghost will take. It’s a white form that is very pretty. The story goes that Miss Wilmott used to carry around the seed and scatter it in peoples gardens if she thought the borders needed a bit of livening up. The other Dunganess staple I’m going to attempt is Crambe Maritima-sea kale. I want this for the dry raised beds I’m planting up at work. These are supposedly erratic in germinating and can take a long time so I don’t know if I’ll have success but I like to try new plants. 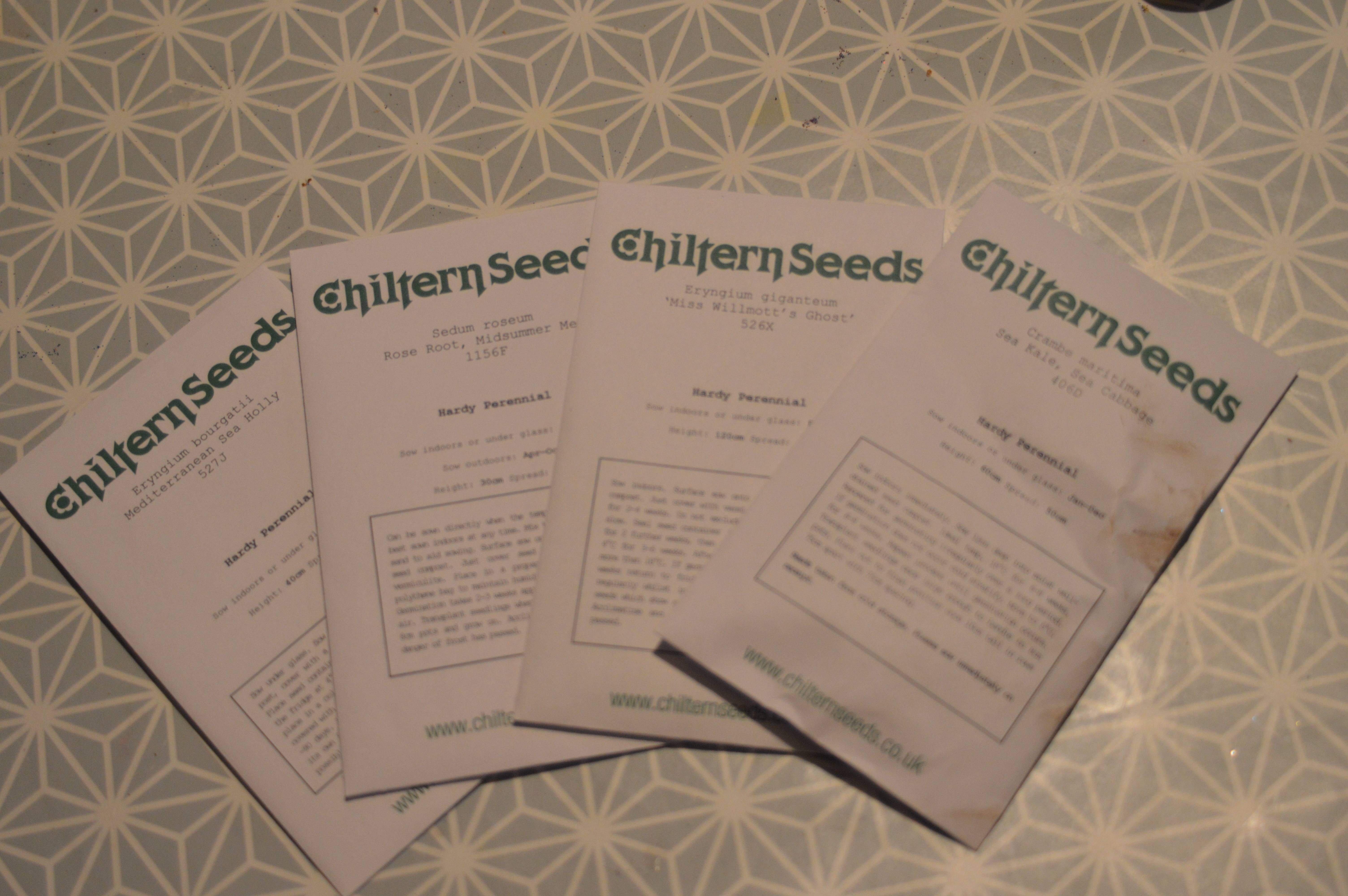 Derek Jarman’s garden had many twisty pieces of metal found on his walks. I have a few but have to be careful with a small child around. We do have some rusty metal around.. This decoration was made with a charity shop purchase and a rusty pole we had around. 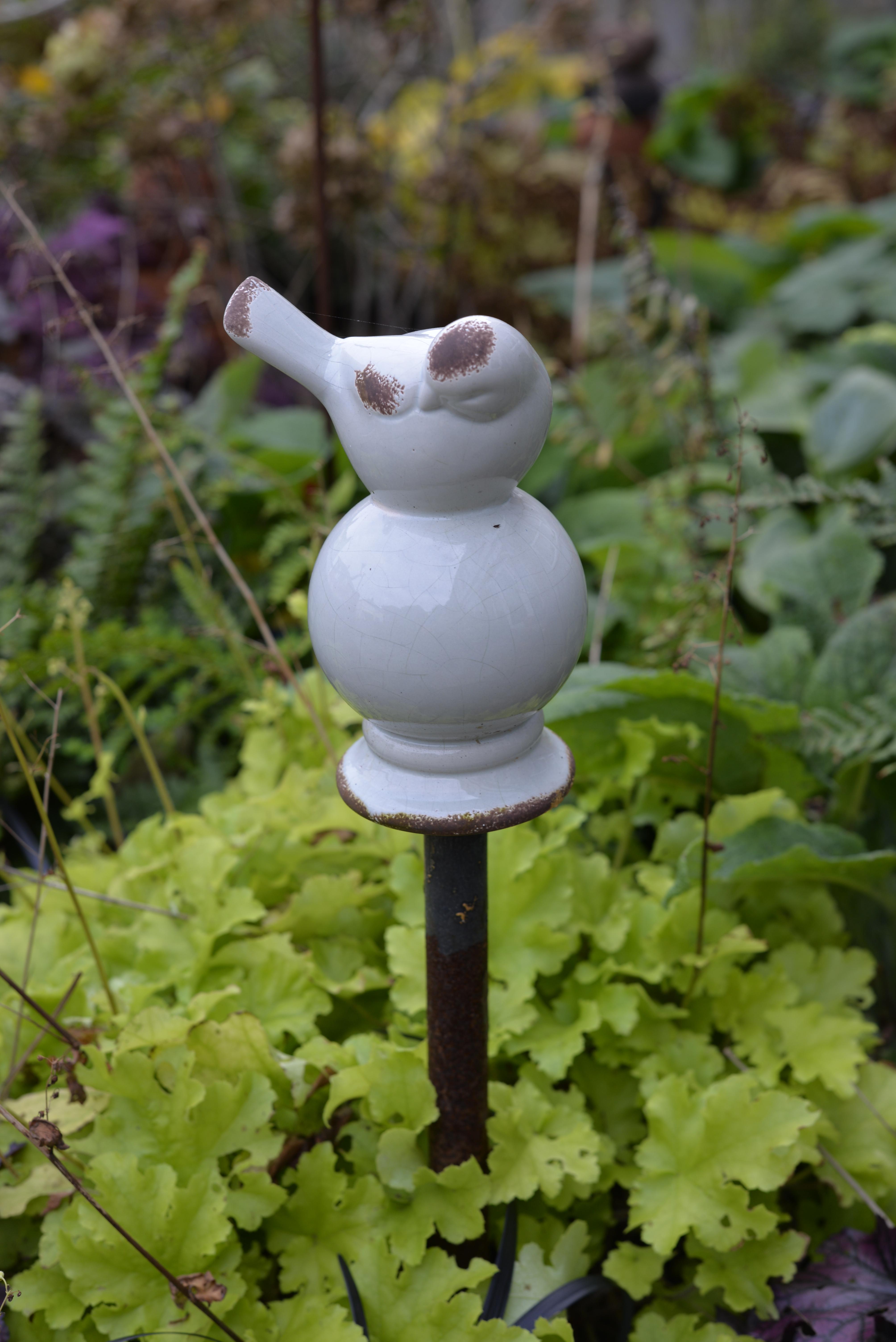 Other paradises: Christopher Lloyd’s Great Dixter up the road, Gardens that deny paradise: Hidcote Manor, known to us as Hideouscote, which is so manicured that not one plant seems to touch its neighbour. The National Trust must have a central nursery as all their gardens look like that.

You won’t find this in Great Dixter; It’s shaggy. If a garden isn’t shaggy, forget it.

I certainly couldn’t be accused of over tidiness and like many people with small gardens, I have filled every inch with plants. I’ve moved a few plants around in the front garden. I had two patches of Hakonechloa macra that had been buried by other growth. I’ve moved them to edge of the path to contrast with the Ophiopogon. Then I’ve bulked them out with some I bought from Wassand Hall’s plant bench. 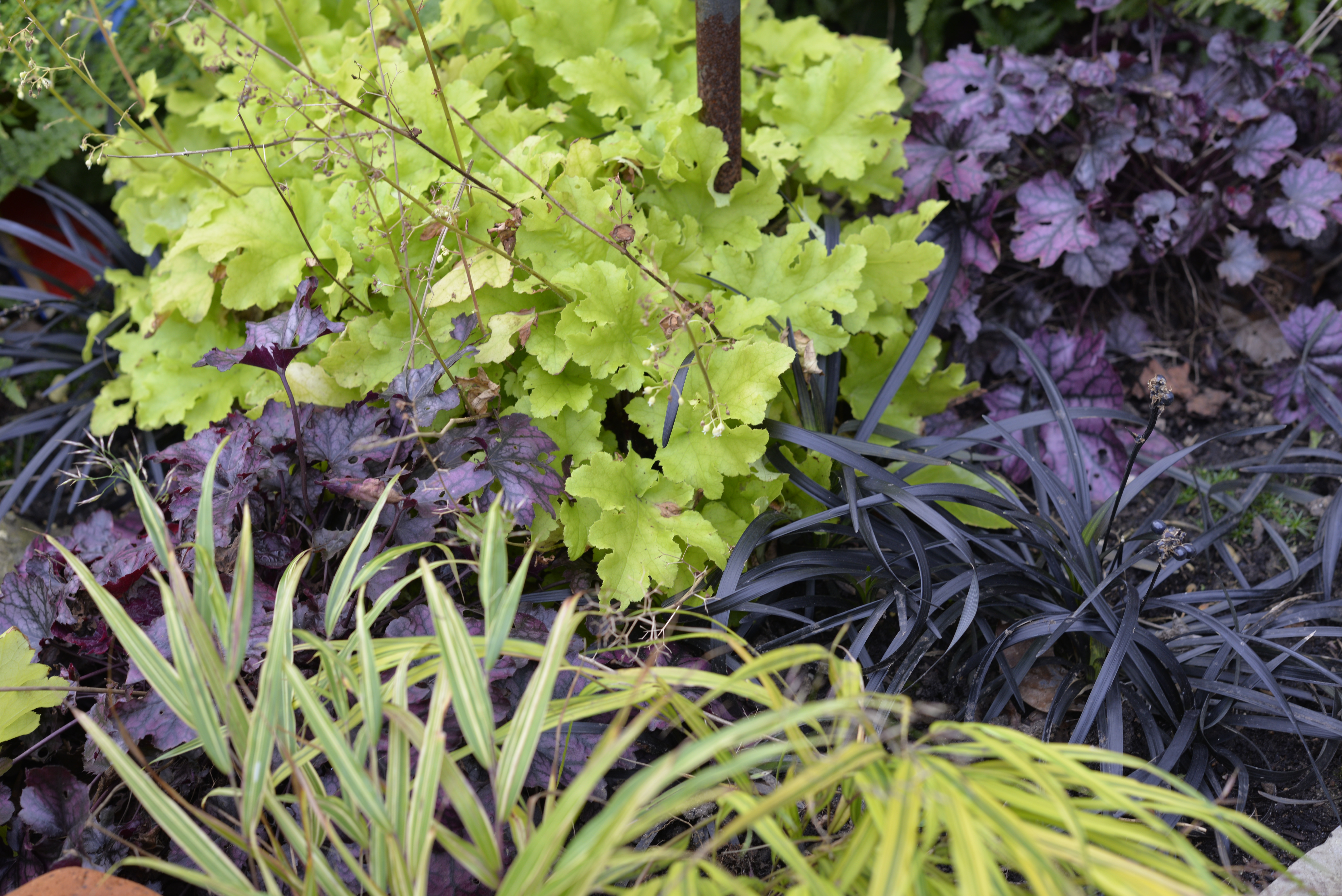 The scaffolding came down this week so I have started the process of tidying the patio up and getting the garden back in order. It is looking nice. I’m rearranging the log stores, Alice’s mud kitchen and the mini-greenhouse. We have a seating area bench being delivered in a few weeks. So I’m aiming to have an area of practical stores and a seating area on the edge of the patio to look out onto the garden. I’d mentioned last week that I was looking to make a living wall off the wood store. So a few projects to get on with. I am looking to plant up a large pot with an autumn display this weekend with Alice. We could do with a good bright heuchera to finish it off. I’ll probably feature the results next week. Unless it looks terrible. Enjoy your weekends.