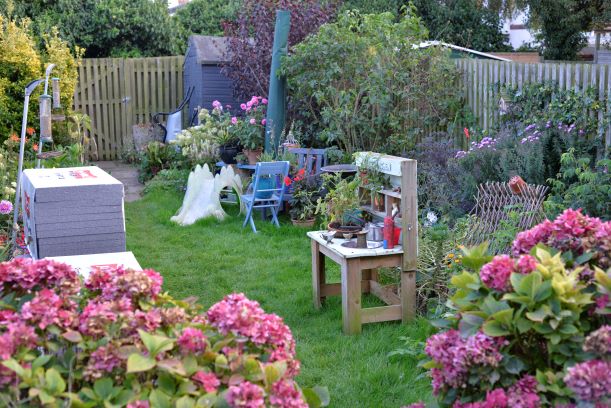 The building work has started properly now. We have stacks of materials around the garden. It is difficult getting to a few areas but they reckon they will be done by the end of next week so that seems hopeful. I’d mentioned in my blog on Burnby Hall that I think my RHS exam went well. I need to get the next assignment done. This unit is around compost and plant nutrients so it is quite a useful unit with plenty of chances to apply the knowledge practically.

I’ve had two air plants in the spare room that have survived a good while yet and saw this one at the garden centre. They have gone from being a speciality purchase to being sold on the counter as an extra like a novelty cactus. An improvement on the googly-eyed cactus though. This one has gone in the bathroom where it will get a burst of humidity each day to keep it going and then the odd spray. 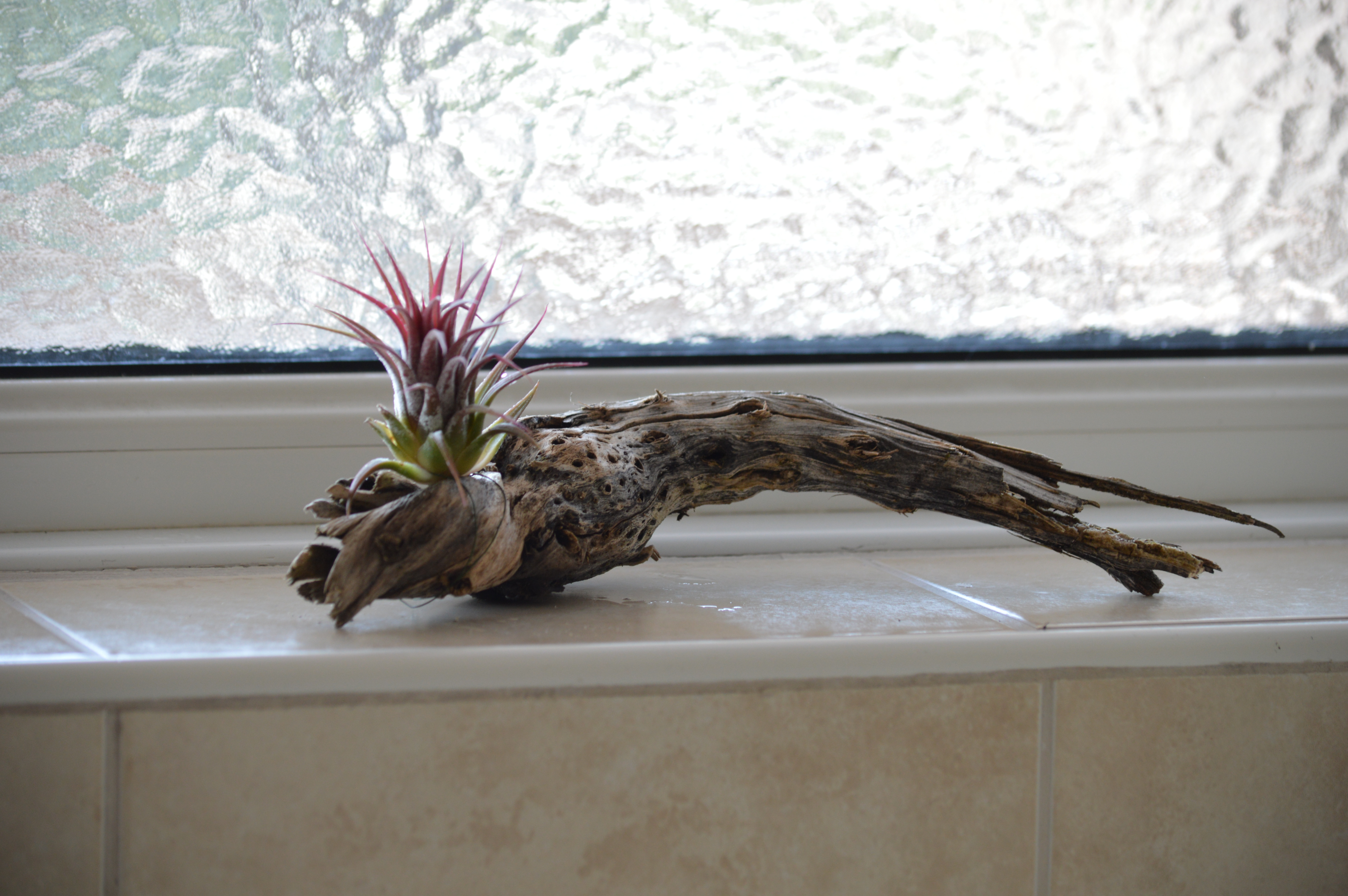 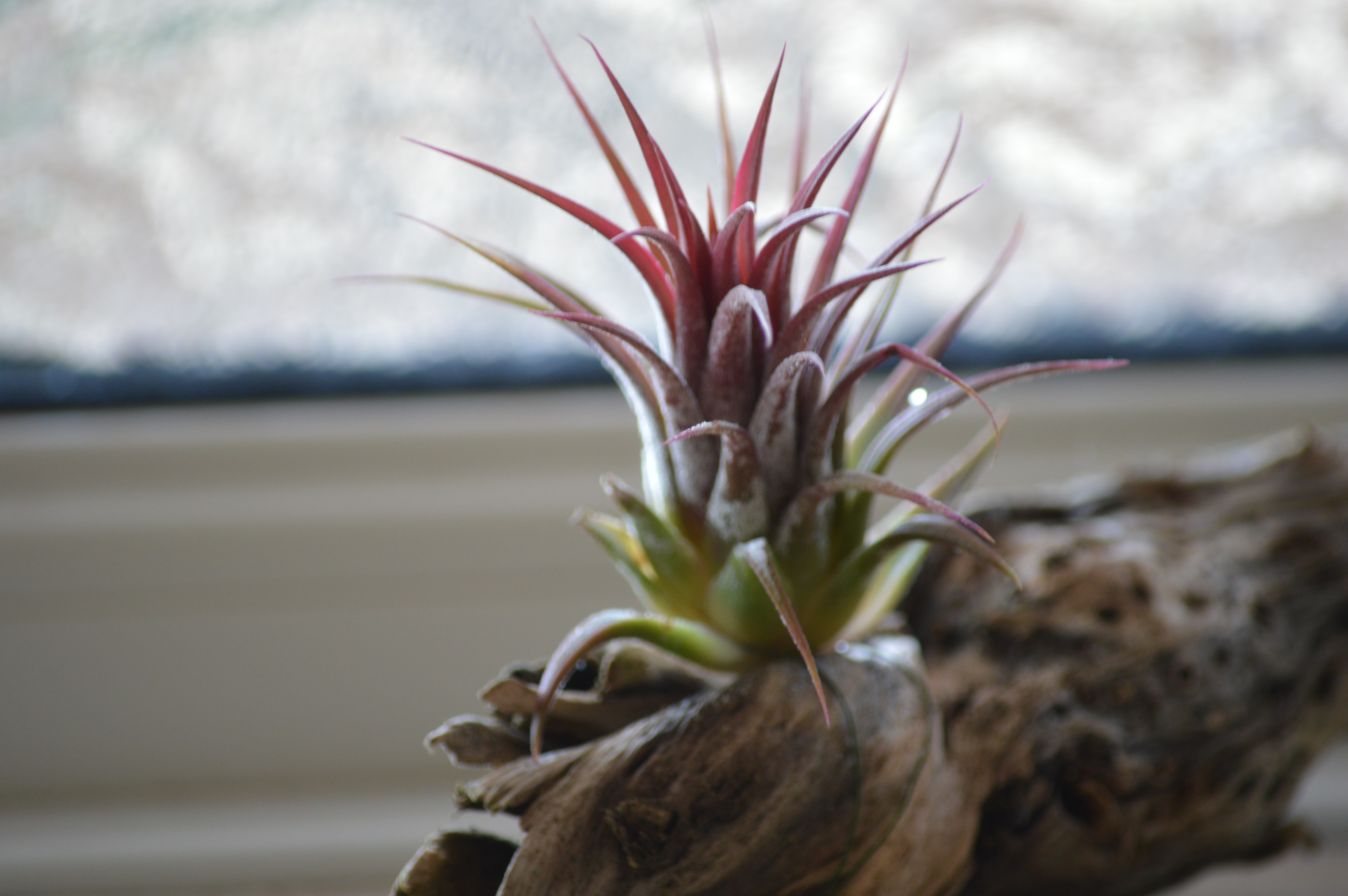 Taking Alice to school she noticed the florist have their tulip bulbs for sale now. She had asked a few weeks back about getting a few new ones. I hadn’t really planned to add any more tulips as I have quite a lot that seem to be returning. She choose Giuseppe Verdi, a short yellow and red Kaufmann tulip that flowers in early spring. Then Chopin which is yellow with a red streak. It is supposedly perennial but we’ll see. She has requested that they go in a pot, but a nice one. We’ll look at getting them in today. Not the most exciting photo I have featured within my six. But, if I don’t record what goes in the ground I won’t be able to look back to work out what they are. 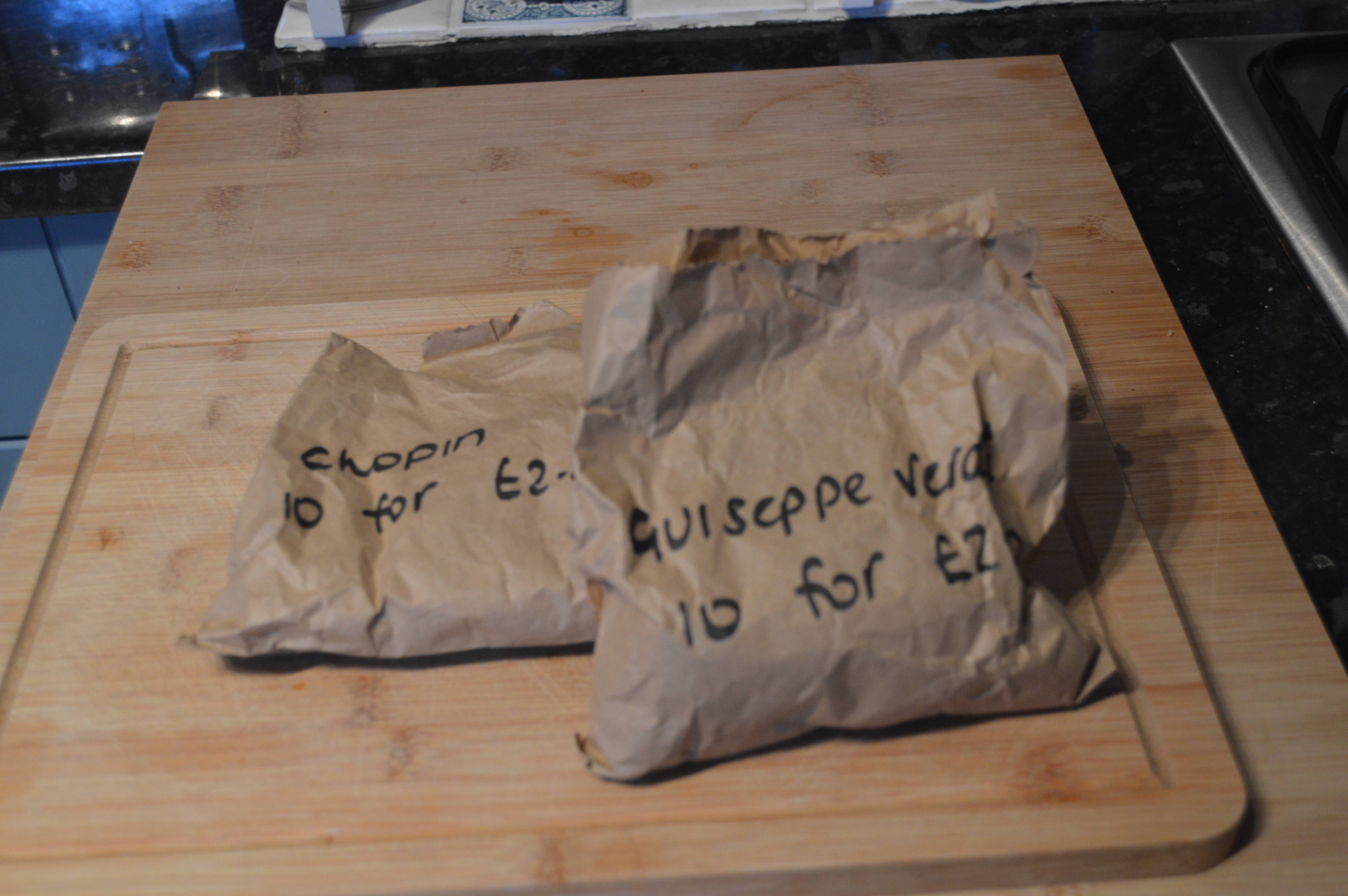 I’ve been after a new watering can for a while. My larger watering can doesn’t fit up to the water butt tap and the smaller watering can is cracking. This new one feels nice and solid and should last a good while. 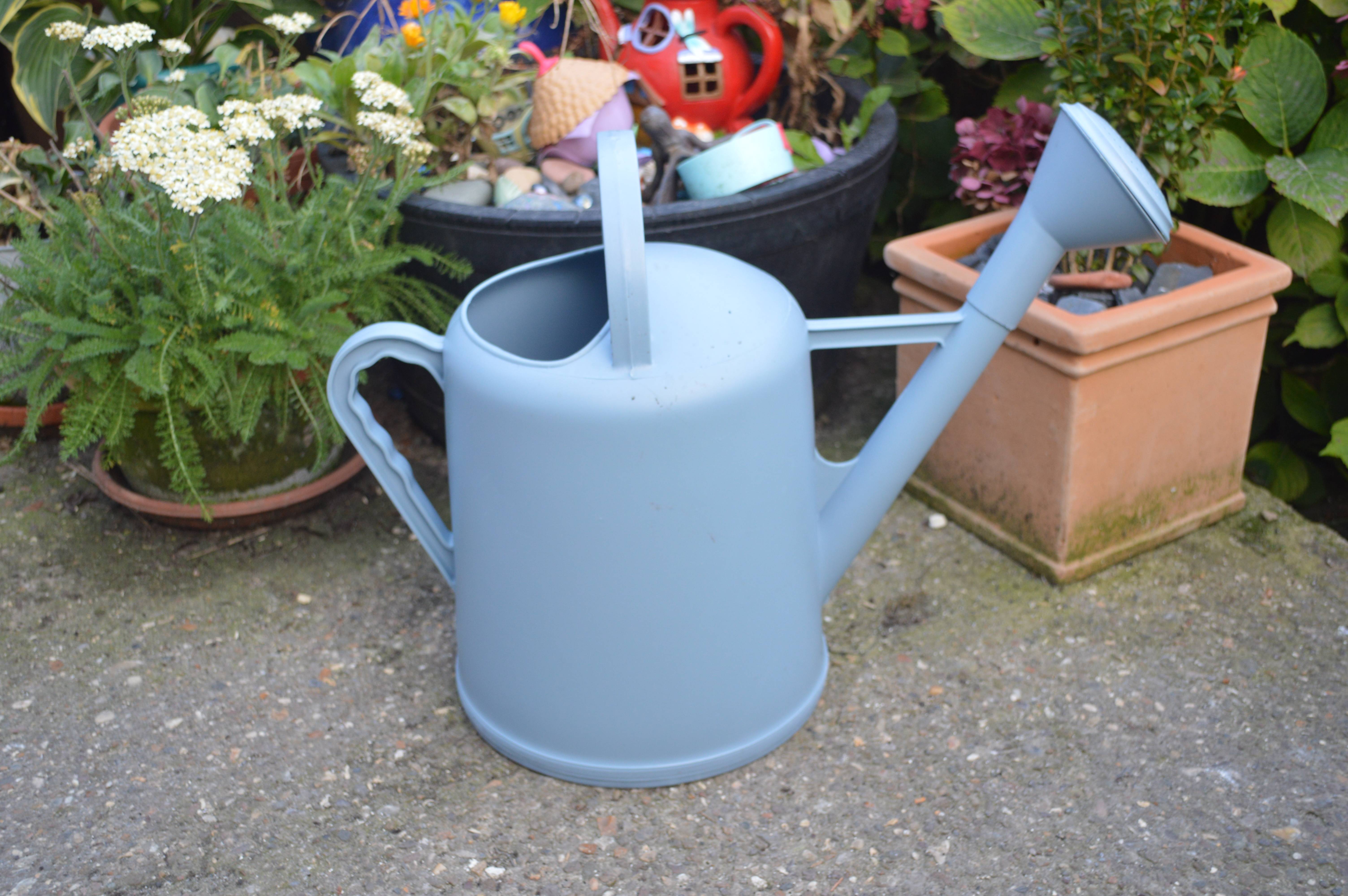 I moved this hydrangea into the ground back in February. It suffered a bit with frost but it bounced back and seems alright. Last year a lot of the flowers were hidden in the foliage whereas it seems to be sorting itself out with a handful of the lacecap heads opening up. 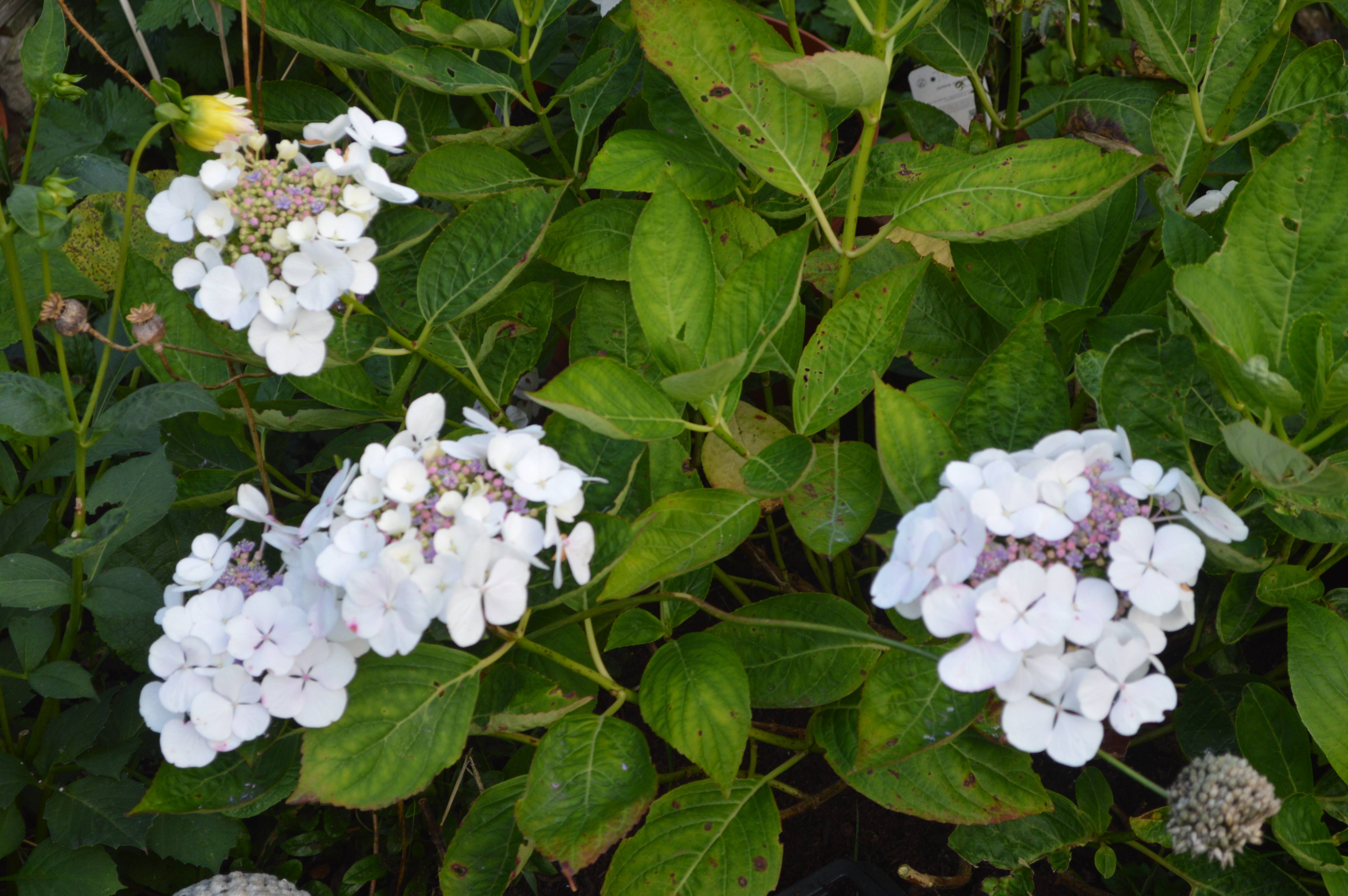 The white bracts are pretty with a centre made up of a mixture of blue and pink. 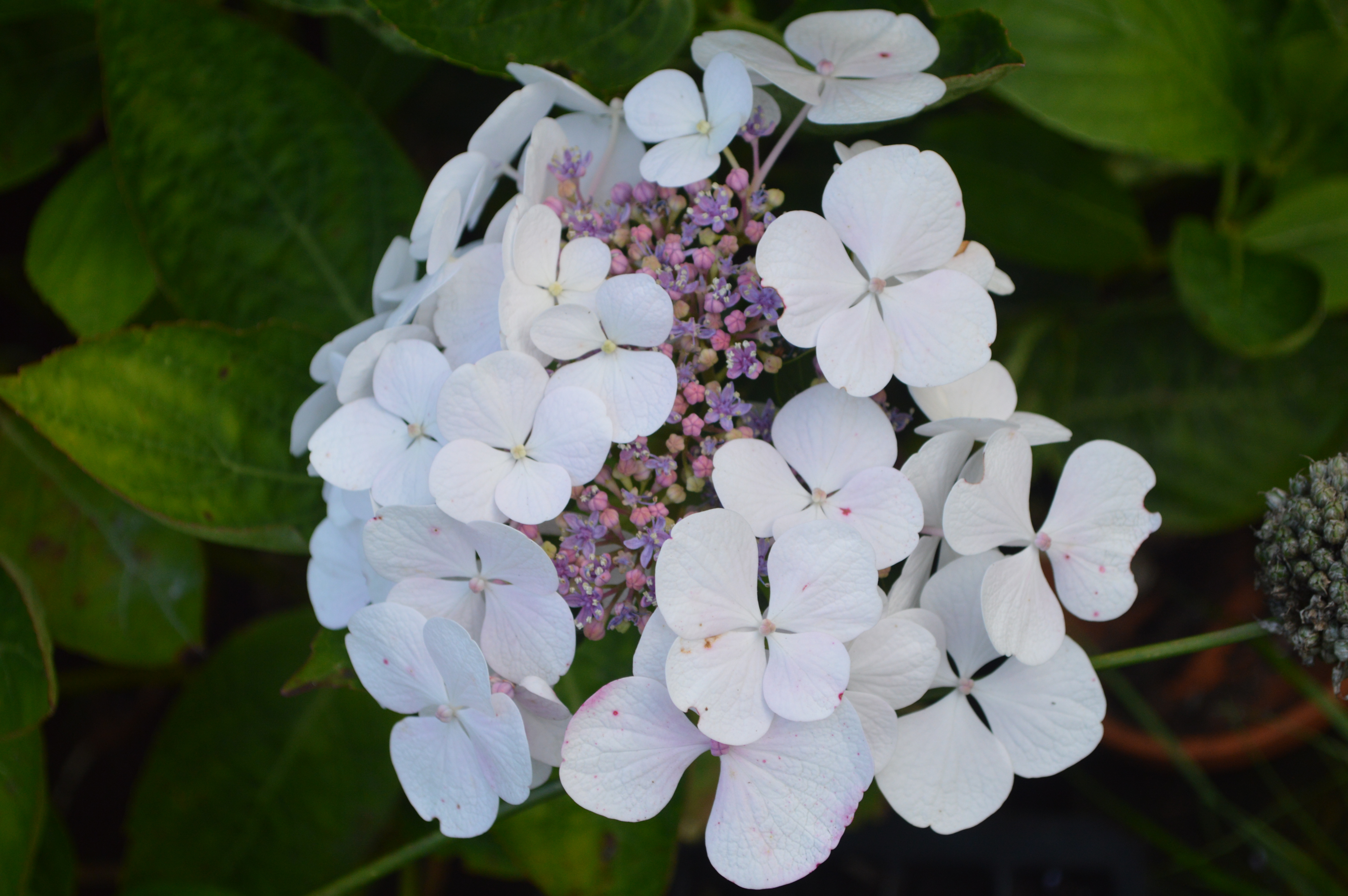 This was planted as a reduced bargain last year and didn’t do very much. It is planted in a spot where a line of hebes used to grow. I think this has meant it has struggled a bit to establish but it is hanging on in there and has flowered. In late autumn or spring, I’ll add a bit more mulch around it to improve the soil conditions. 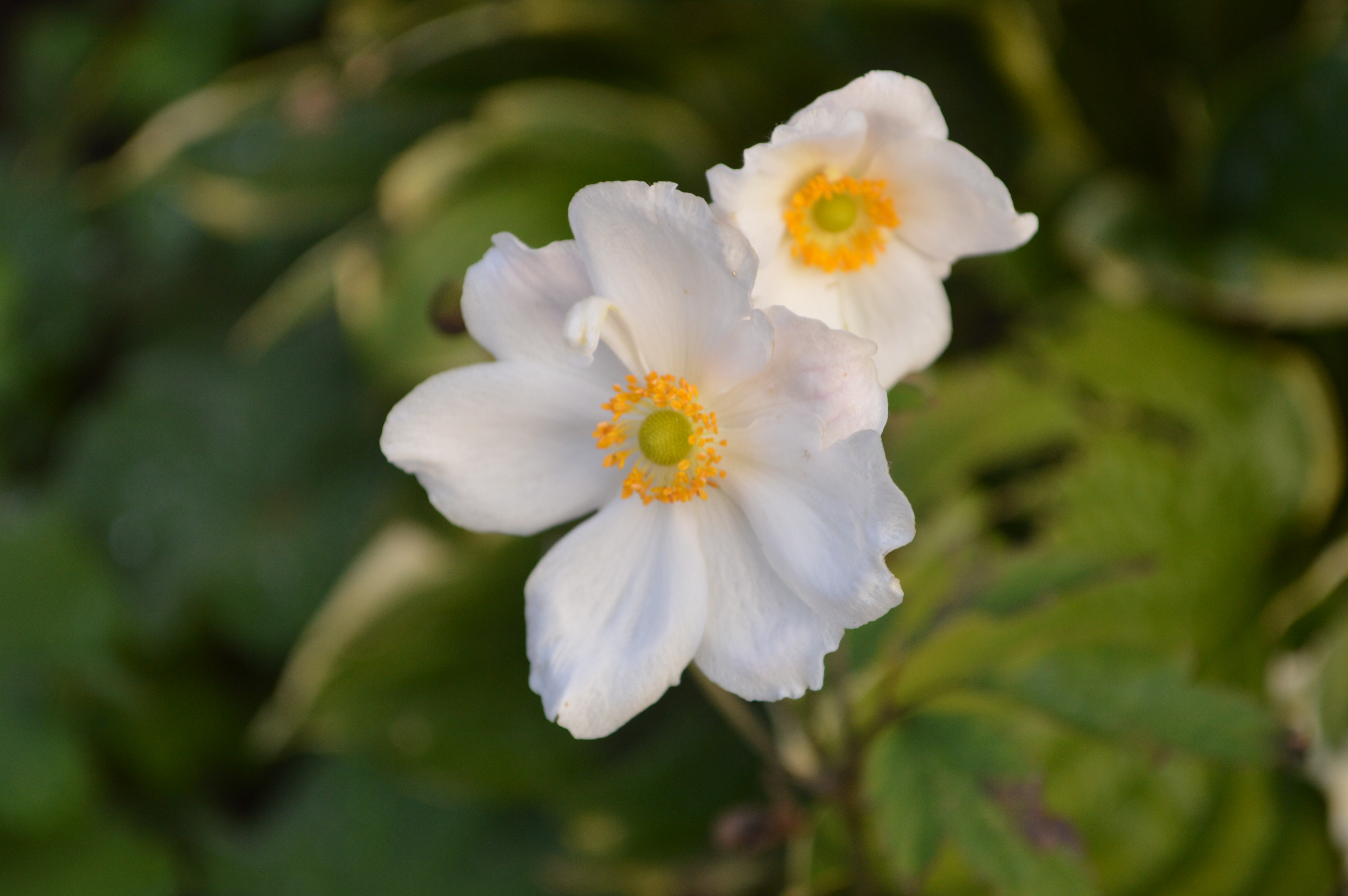 A few people featured these irises last winter and I liked the fact that they flower during winter when little else is. I’ve managed to get hold of two cultivars. Mary Barnard is a velvety blue flower that will flower in February or March. It has an RHS award of merit for being reliable. Then Walter Butt has lavender coloured flowers that flower in December or January. It is apparently the most scented of the unguicularis so that should make it a nice treat for by the back door in the winter months. They are currently placed out of the way while the building work goes on. 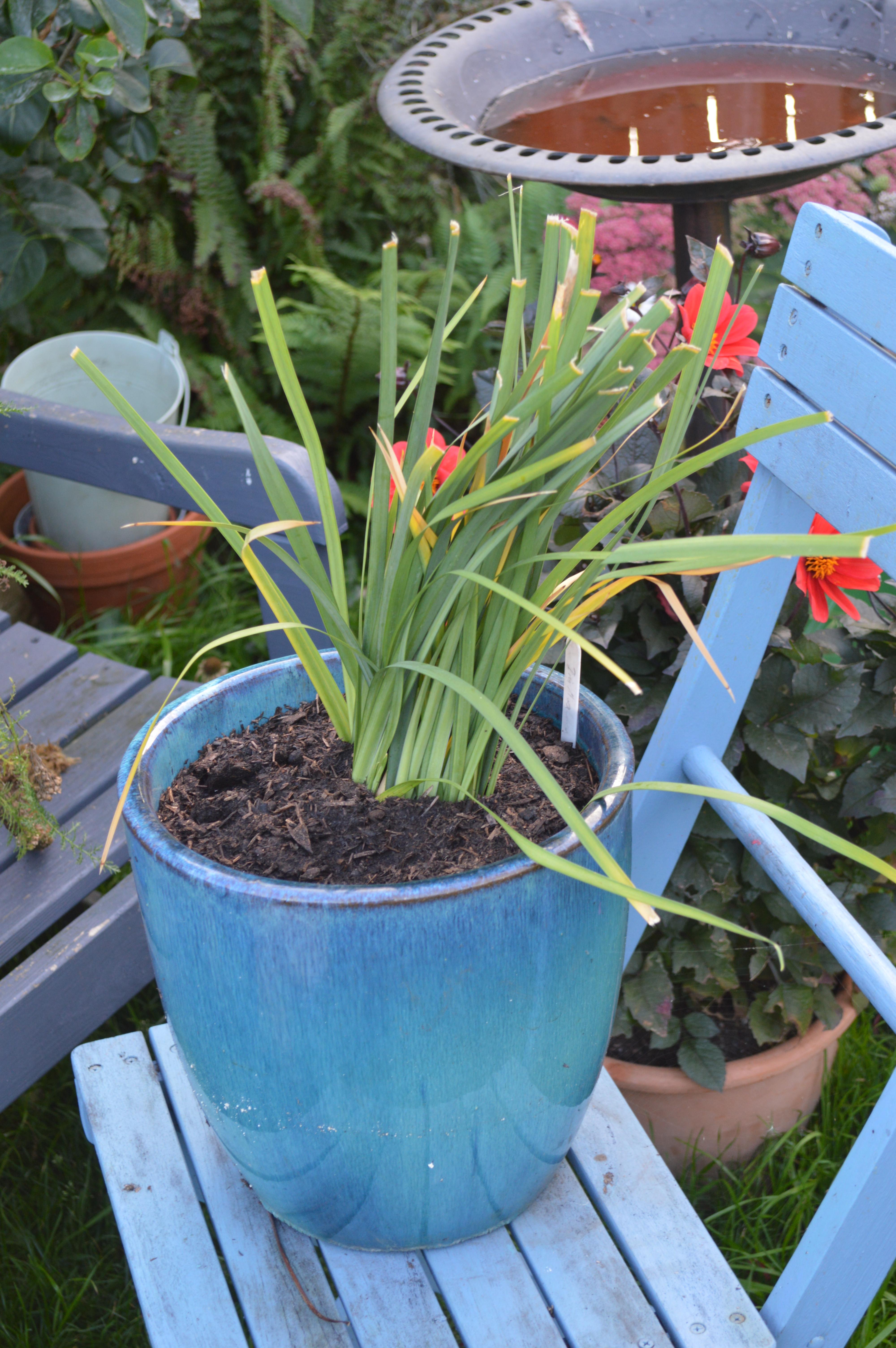 I’ve got a few jobs to get started on now. I’ve given the front garden a good weed over but I need to try and work around the builder’s materials to check over the back garden. There are a few bulbs to get in the ground. But, I reckon I should have time to get back up to date after focusing on exam revision. Time to get cracking.