I haven’t spent much time in the garden this week apart from preparing for wind damage. A few things have been staked in better and a few things removed as they were blown over. I lost one sweet pea patch but nothing major. The combination of wind and rain can be very punishing for the garden but as the week has gone on it has shifted to a bit less wind and a bit more rain. I have still been reading up on plenty of gardening know-how as I prepare for my first RHS exam in a few weeks. On Thursday evening I attended a zoom lecture by Rosy Hardy of Hardy’s plants. This was excellent. The talk came through Lou Nicholls Patreon channel. There is a good line up of talks coming up. It’s about the same price as the monthly gardening magazines and probably better value. Rosy’s talk covered several perennials with excellent tips, a wealth of experience around the Chelsea chop, growing tips for plants, trouble-free alternatives to several popular choices. It was well worth the monthly price. Mark Lane, Steven Edney, Phil Gilmartin, Harriet Rycroft and more are lined up already. It gives you access to Chelsea winners, university lecturers and authors and the chance to pick their brains on their specialist area.

These were started from seed a few months ago. I bought two types from Chiltern Seeds. These and greenfinch. I potted them on from the seed tray this week into plugs. I now have about 100 plus. I doubt they’ll all make it to maturity but I should hopefully have enough for my needs. They have evergreen bright green foliage. The flowers come out red, pink and coral and are cut for cut flowers but they are also loved by the bees. I haven’t seen as many of the greenfinches germinate but not abandoning them yet. 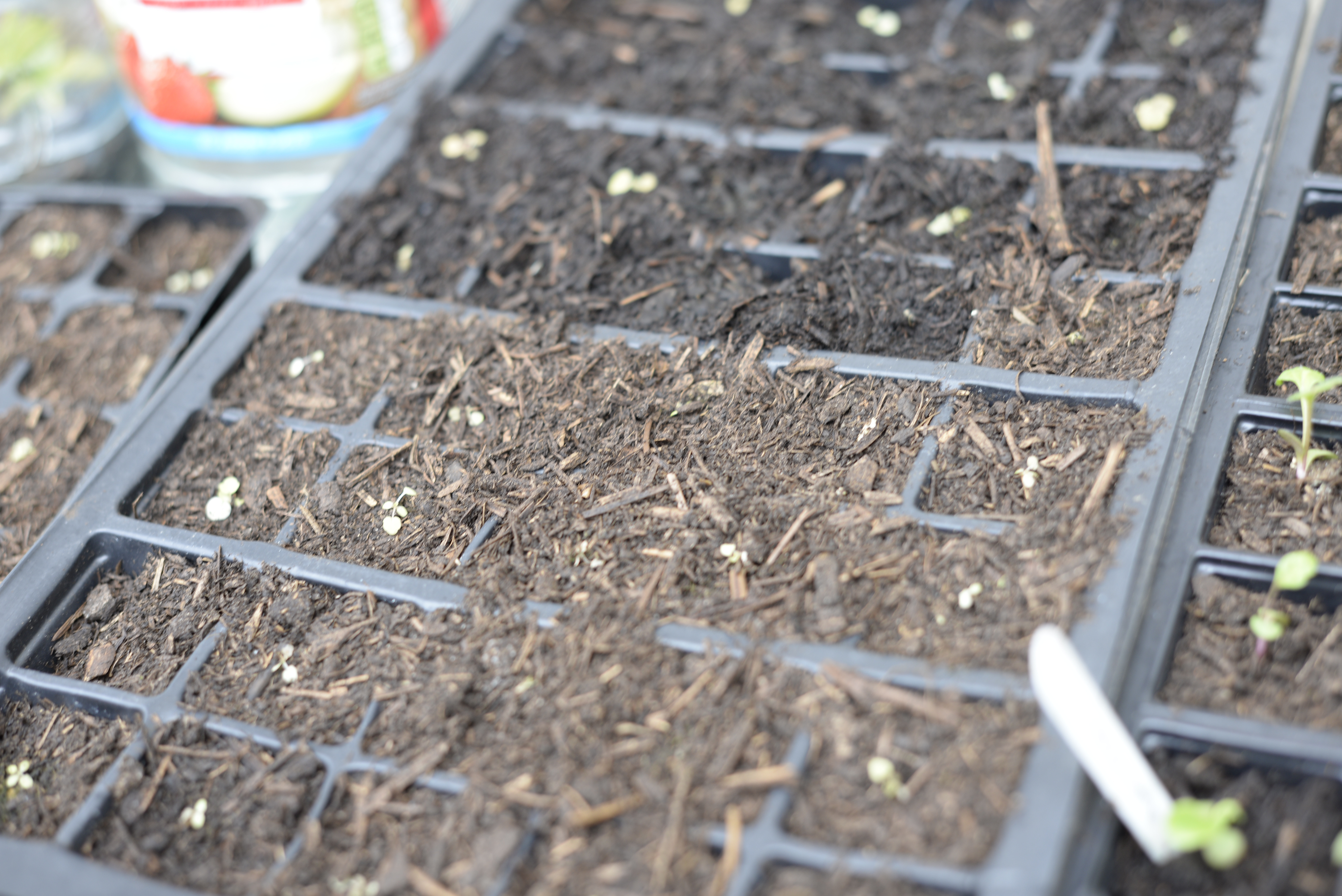 This is a perennial foxglove I am growing from seed. These have been potted on now into 9cm pots. They should be able to carry on rooting for another month or so and then I should have some strong plants ready for next year. They are shorter than the biennials but I have had issues with the biennials. I had one year I where I think I removed many of the self-seeders and another where slugs accounted for a number. With the perennial varieties, I can plant them where I want and now where they are coming back up. 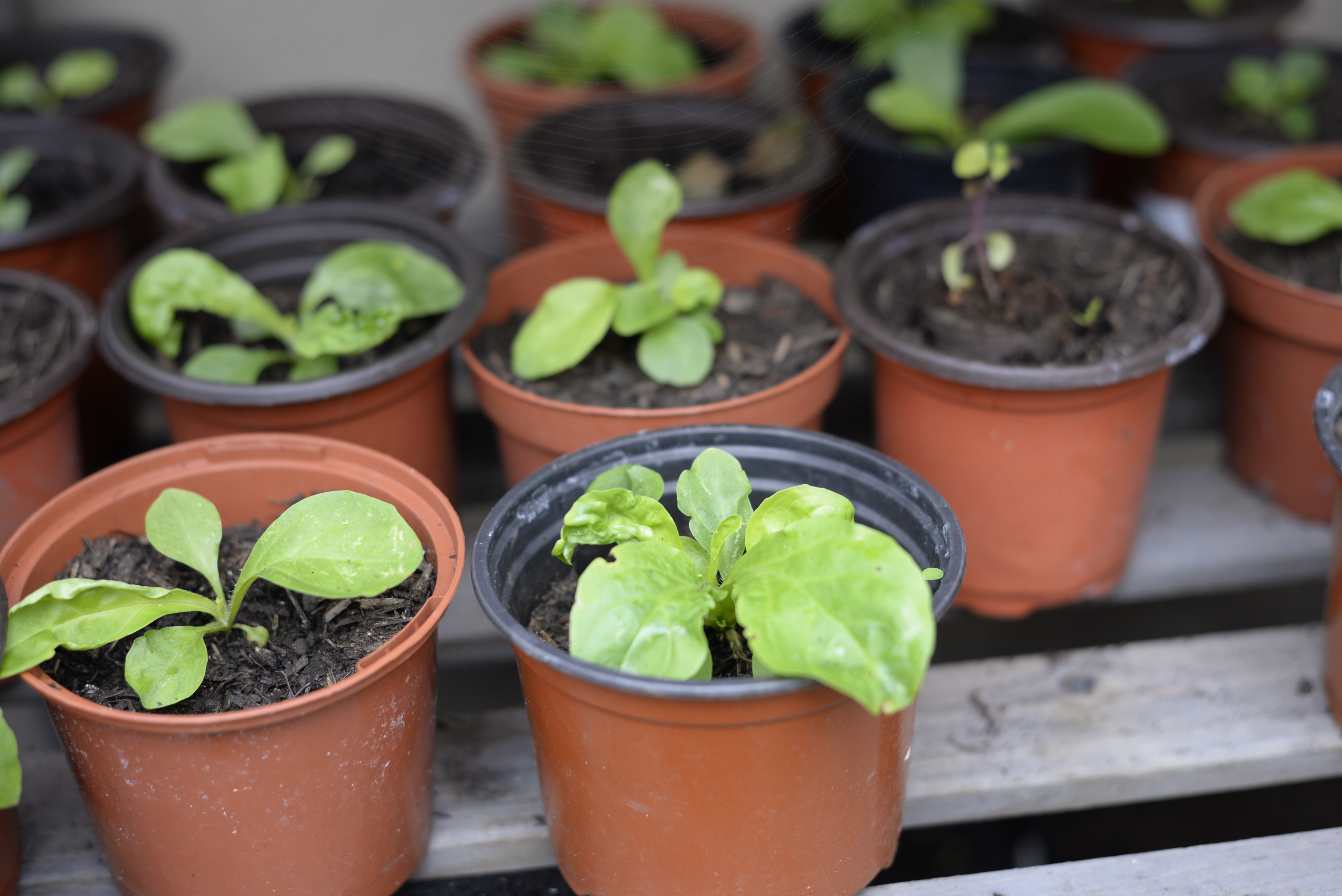 The talk with Rosy Hardy reminded me I’d added two new Hylotelephiums to help encourage butterflies. I’ve also wanted some of the dark-leaved varieties since I first saw them in the in-laws garden. Time to mention them so I have the record on the blog of what they are called. These were known as sedum but they had a name change with the spring flowering plants retaining the name sedum while these autumn flowerers gained a new name. This is a short, sprawling one ‘Bertram Anderson’. I have placed at the front of the border to spill over. It’s a bit untidy but I think as it flowers it should be popular and when it puts on fresh growth next year it will fill out and look a bit better. 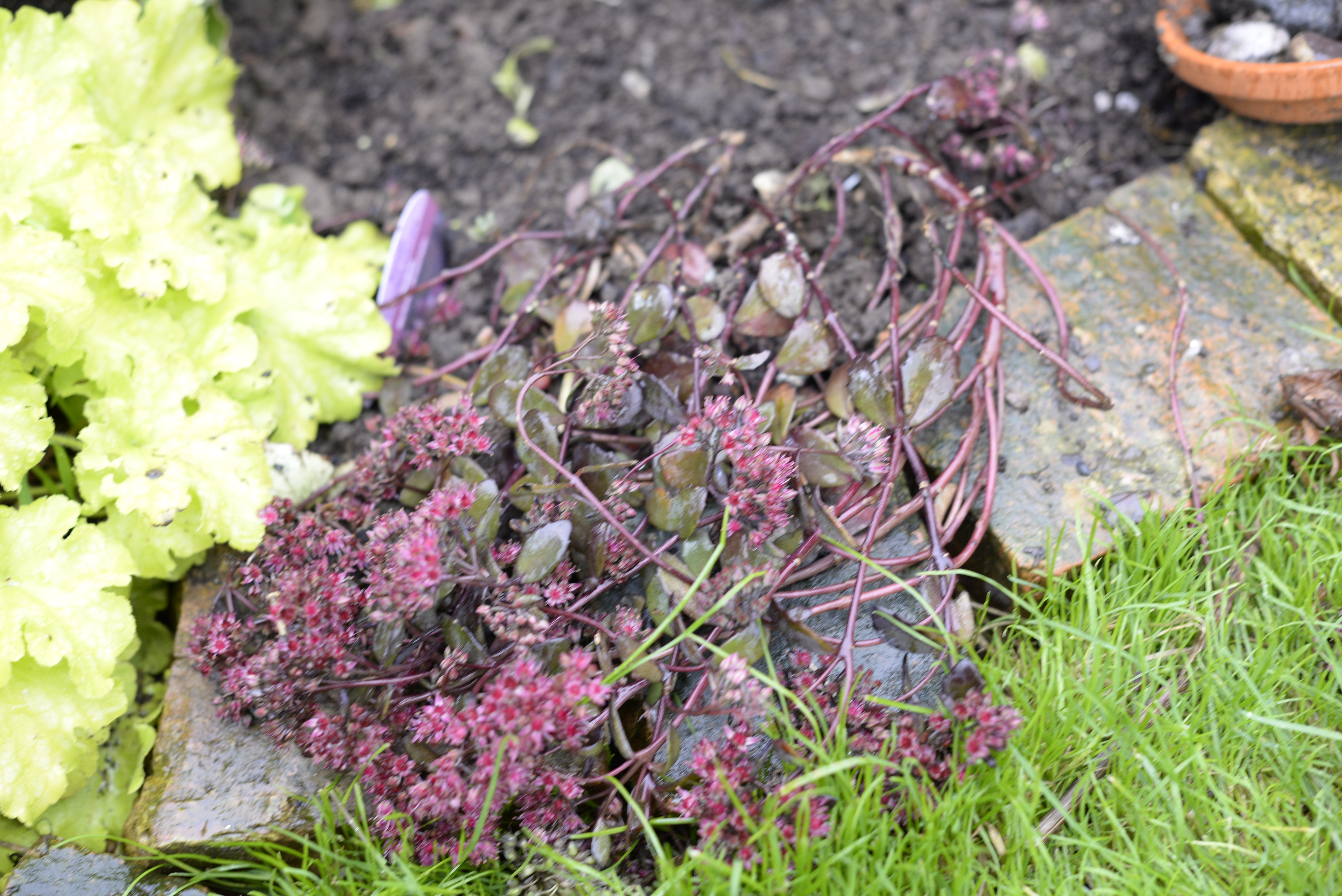 This is another dark-leaved type, Hylotelephium ‘Vera Jameson’. More like the popular ‘Autumn Joy’ with dark leaves. It is taller than ‘Bertram Anderson’ but that is currently meaning it has flopped over. It would have benefitted from a Chelsea chop but I bought it after the time for that. Rosy Hardy gave an excellent explanation of how to do this in various ways on the Thursday talk. I’ve put it next to the green ‘Autumn Joy’ which you can see in the picture. This has lost a number of its leaves as I don’t think it was in the best health when I got it but it will come back fine next year. 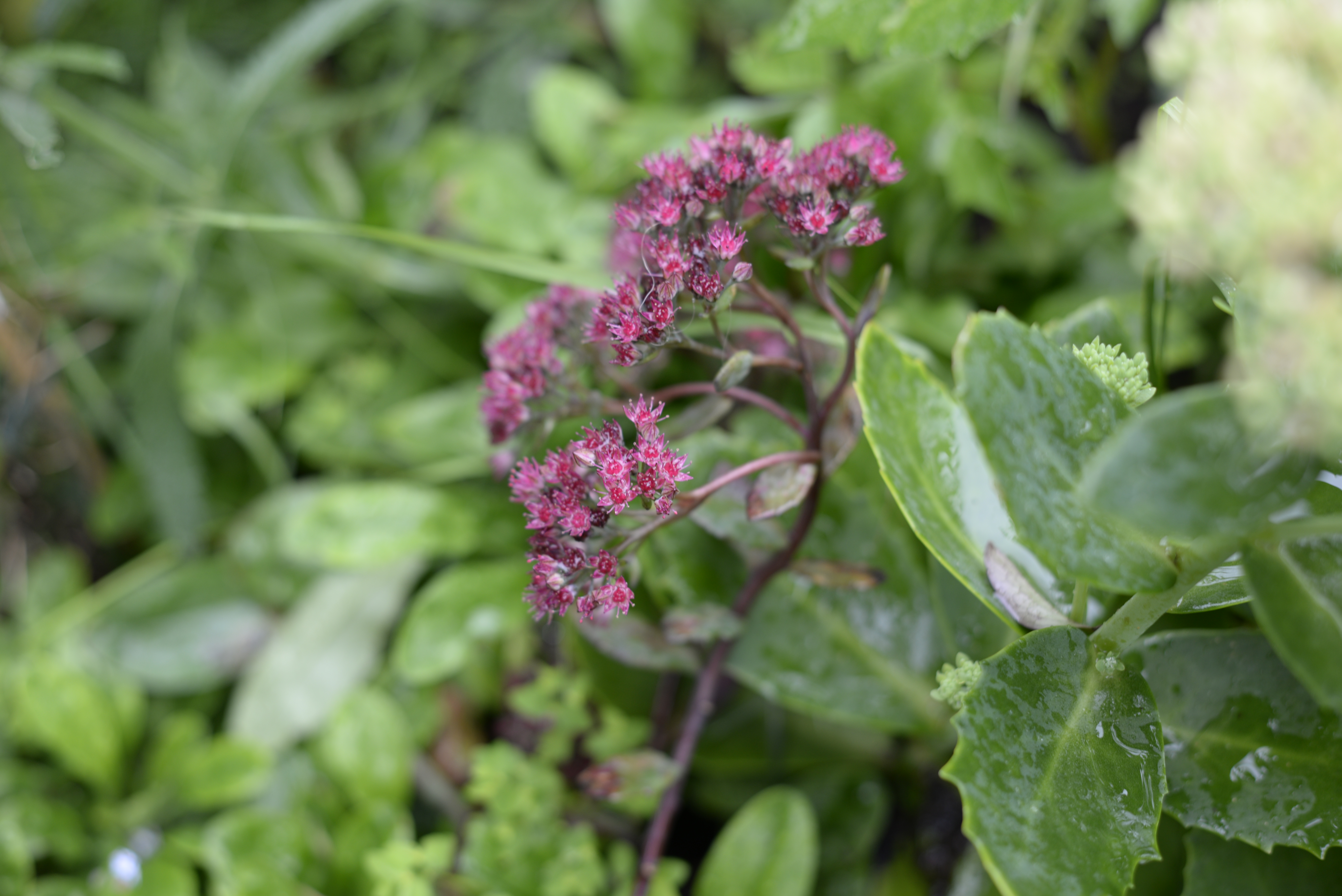 This is just small currently but will fill a nice space with its super foliage. Suitable for shade and the small forget-me-not flowers attract the bees. It has a large Dryopteris fern to one side. They should contrast nicely in terms of texture and foliage shapes. 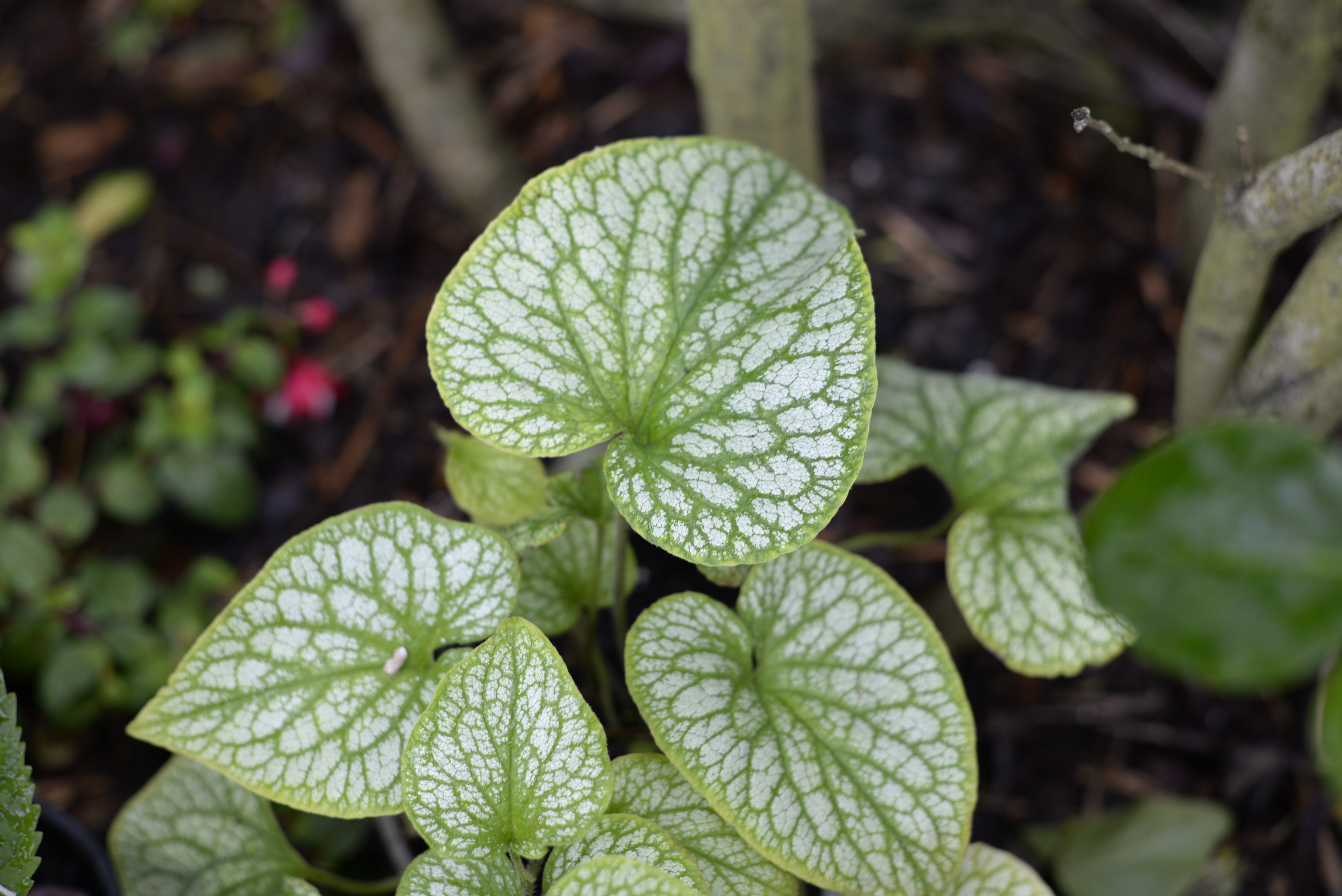 This is shorter than the ever popular verbena bonariensis but forms larger clusters of purple flowers. But just like its taller relative, the small tubular flowers are popular with butterflies. I have got a packet of seed kicking around somewhere so may try and grow a few more to spread around. It’s fitting in nicely here with the fuschia. 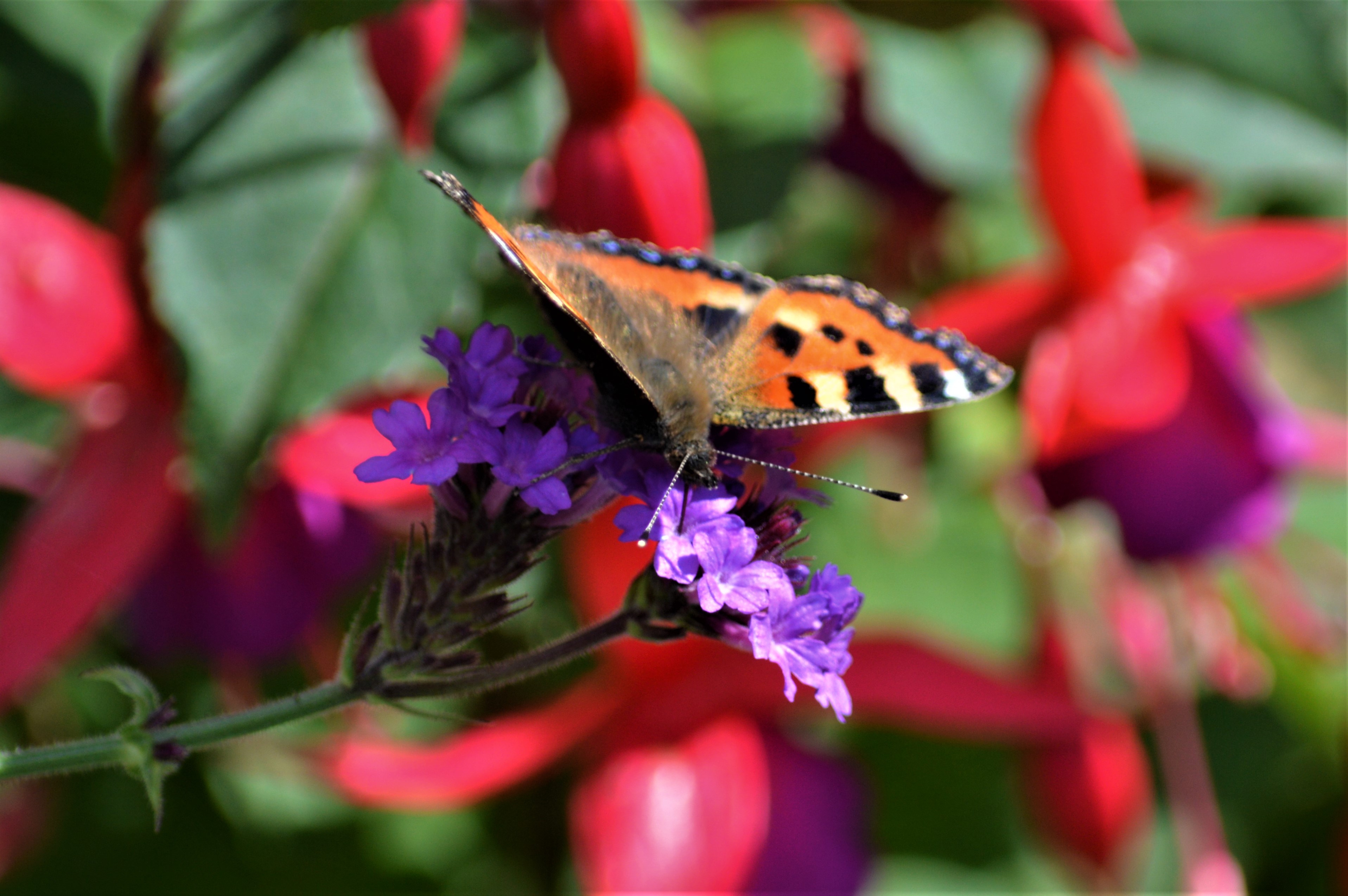 I believe this is Tamburo. Alice swapped labels last year. I bought the tubers last year as part of a collection of short dahlia for pots. It’s a lovely dark dahlia. It’s one fault is that the flowers tend to come out in the middle of foliage. They often form between stems and then the foliage growth overtakes them. I’m sure this could be resolved with careful pruning but deadheading is enough of a job currently. 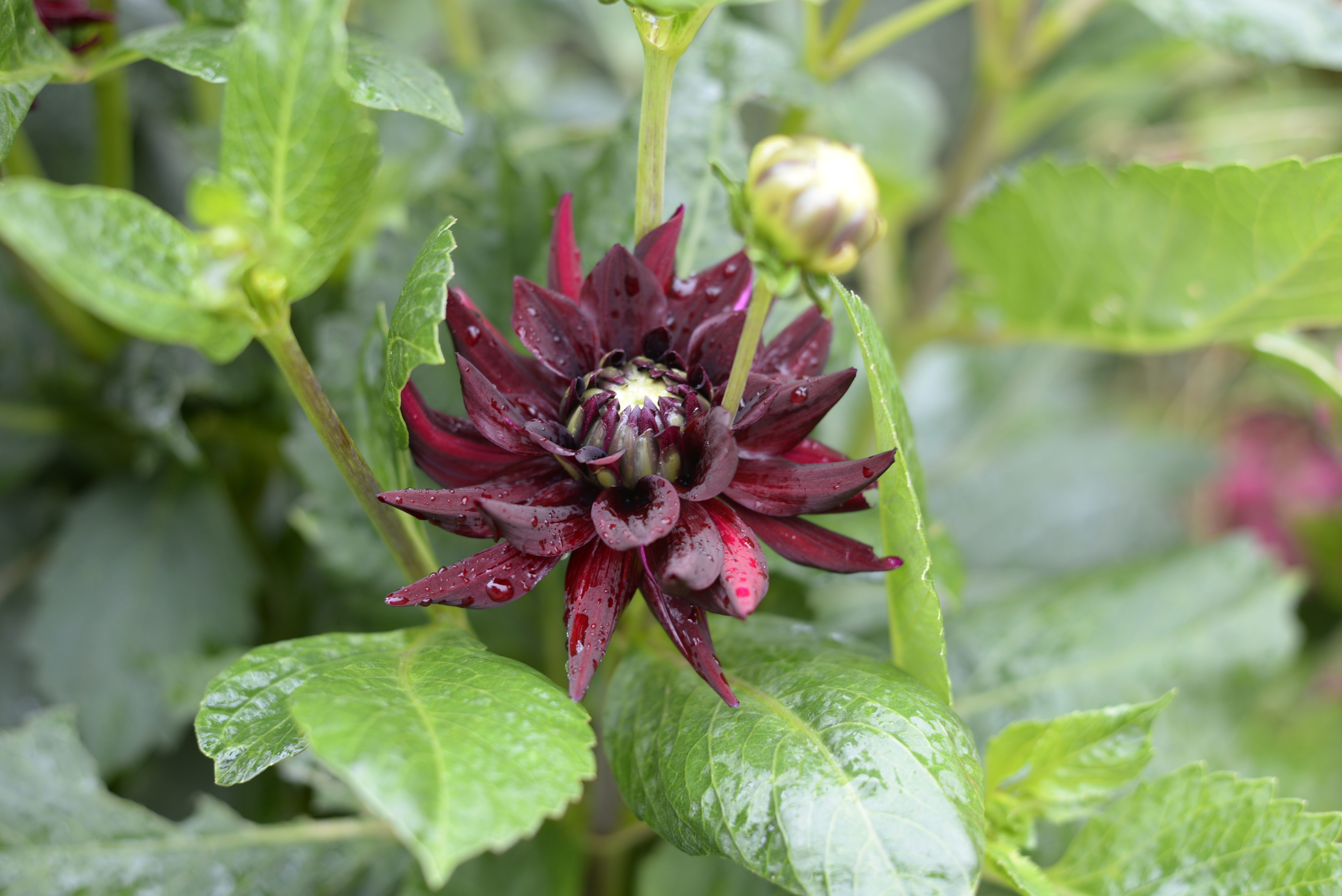 I’ve got one more week and then I return to the world of work. There are a few days forecast as dry so I can hopefully get a few garden jobs done so the garden is in the best state before I start work. If you fancy taking part in six on Saturday read the guide.