Well, what a week! Rain for the first part of the week followed by glorious sun followed by wind and sun. I’ve been busy clearing the patio ready for the builders. I’m trying to find spaces for lots of the potted plants in the borders. So there are several areas of the border that are a bit rammed currently but I will gradually sort them out as annuals come out. Yesterday was my two year wedding anniversary. We didn’t get out but had a nice evening in after getting Alice to bed. The wind was blowing strong. I cut a few of the gladioli for vases inside as I didn’t fancy their chances.

This lily was in a pot last year on the patio. It was completely devastated by lily beetle and didn’t flower. I had heard on gardener’s question time that they often survive better in partial shade so I moved it near the black cherry. It has come back with a vengeance and has been spectacular. Even with the wet weather I’ve had a few weeks out of it. The wind yesterday has accounted for most of the petals but it had a pretty good run. 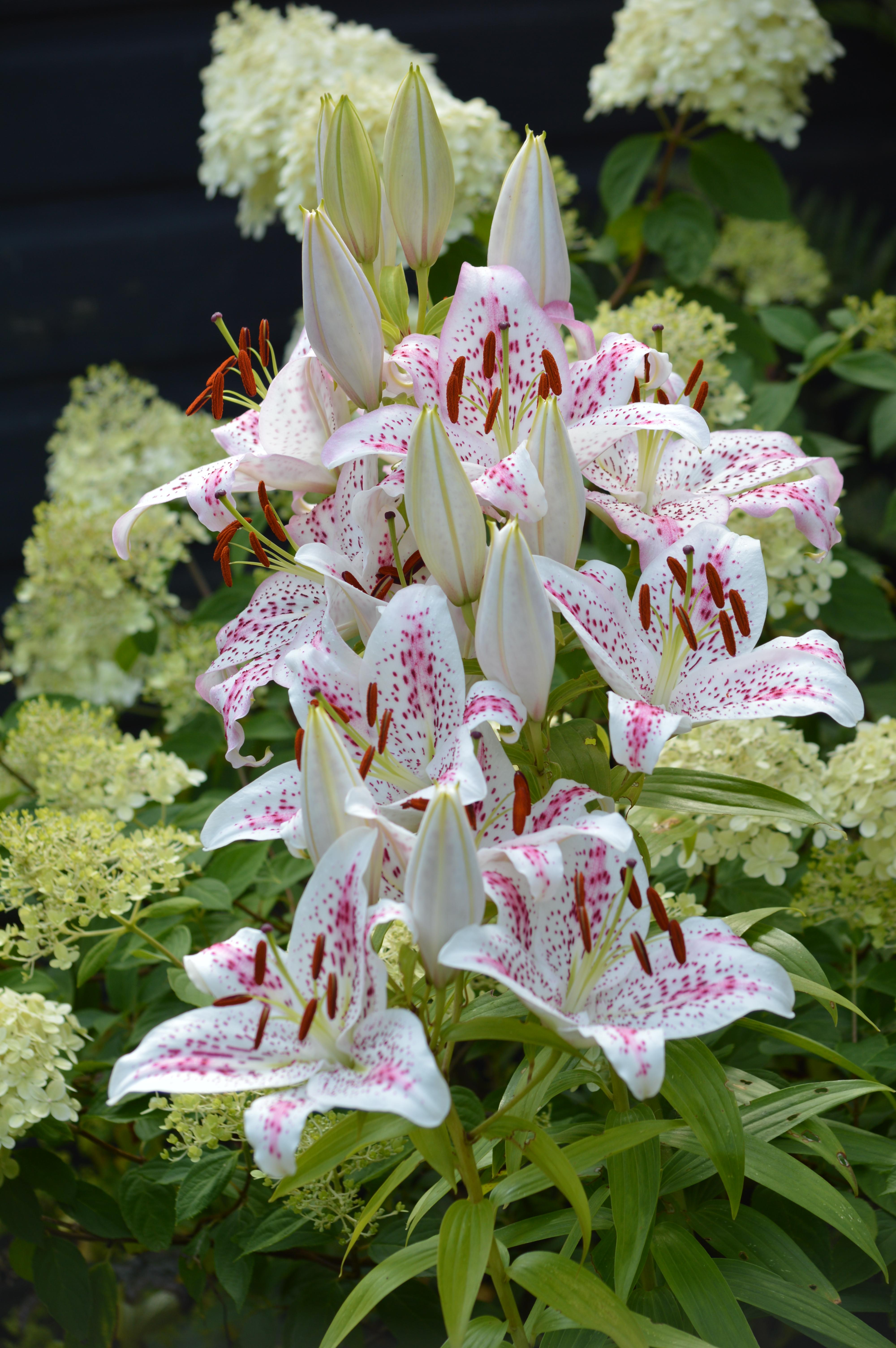 Just behind the lily is limelight. It’s a spectacular hydrangea with lime green flowers fading to white with a tinge of pink. The flower heads are a good size. There are varieties with bigger heads but I think the proportions of this are quite pleasing. I planted two in the back garden last year and one as the centrepiece in the front garden. As you can see, they are settling in well and should carry on putting on a bit more height in future years. 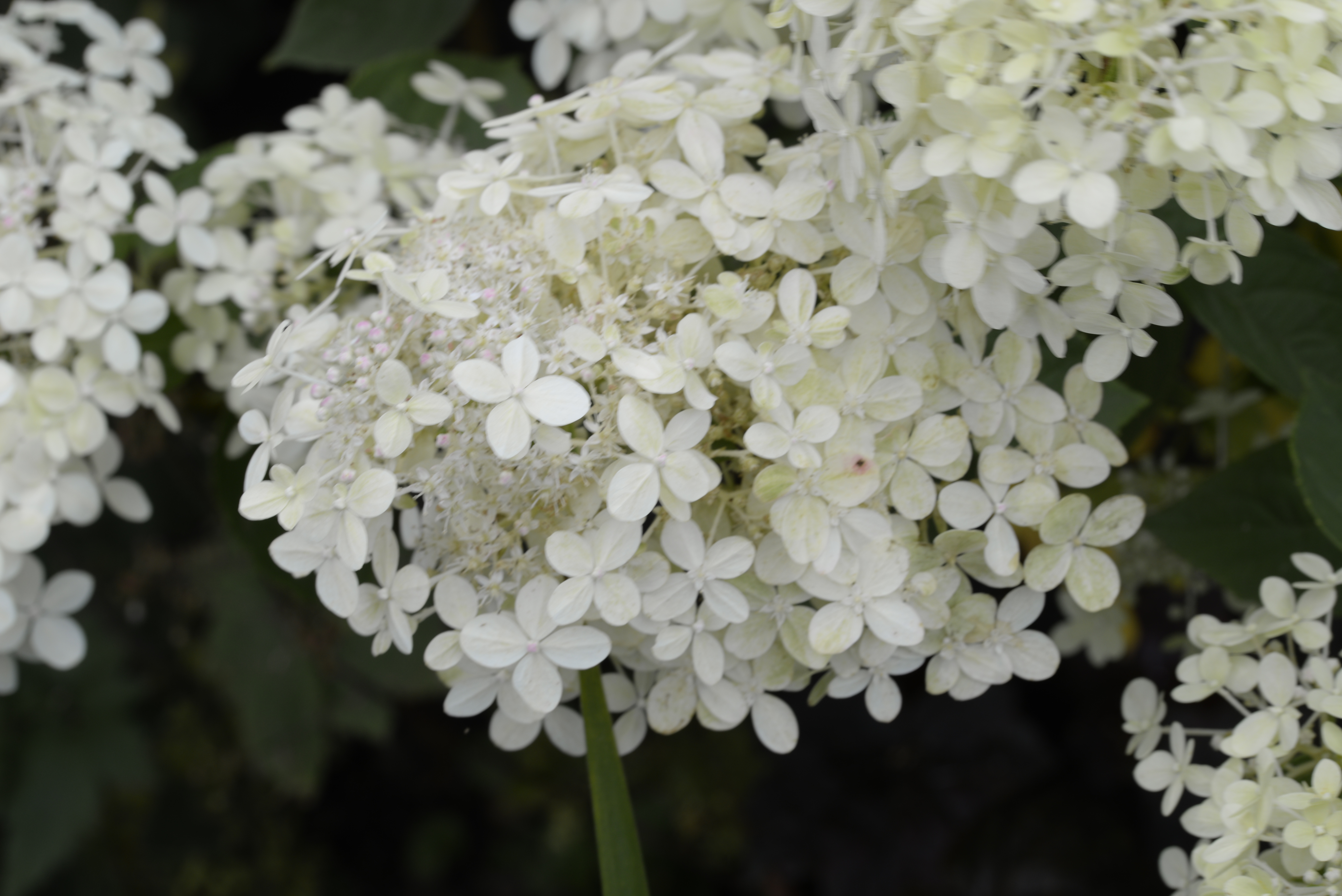 I had mentioned that small tortoiseshell butterflies have been lower in numbers in a previous six. I’ve just started to see some in the garden this week. I think this would be a second brood of the year. Here it has come for the Achillea millefolium ‘Pink grapefruit’ (yarrow). I had planted this a few weeks back to attract in more butterflies so it is good to see it is doing its job. 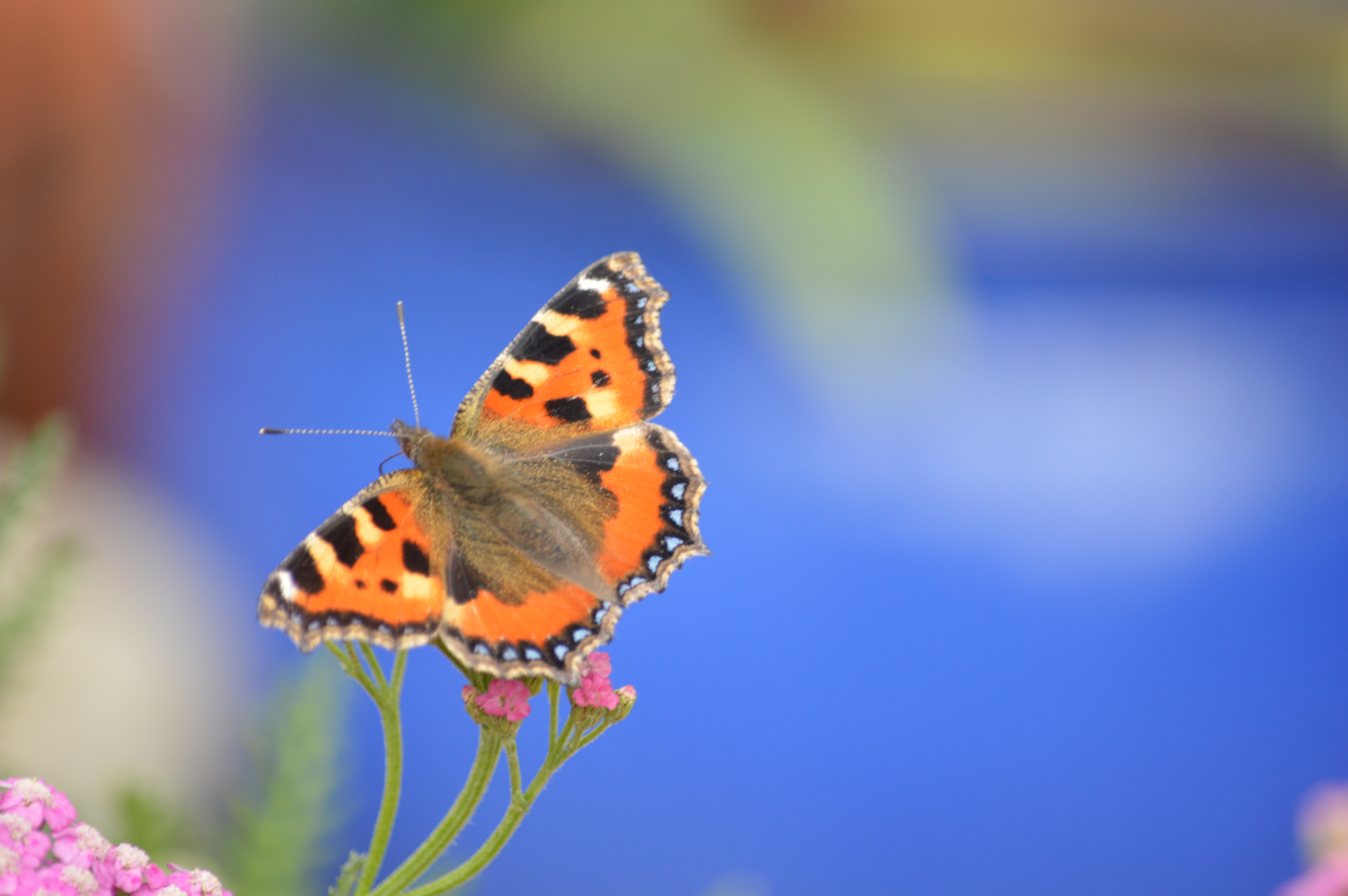 The chives are also proving very popular. I cut them back a month or so again after flowering and we’re getting a second burst.

Each year we seem to get a few years where these day-flying moths are around in large numbers. Last year was a record year but we’ve had a few days this week where every plant I touch sends up a cloud of them. They migrate into the UK but don’t stay for the whole year as it’s too cold for their liking. 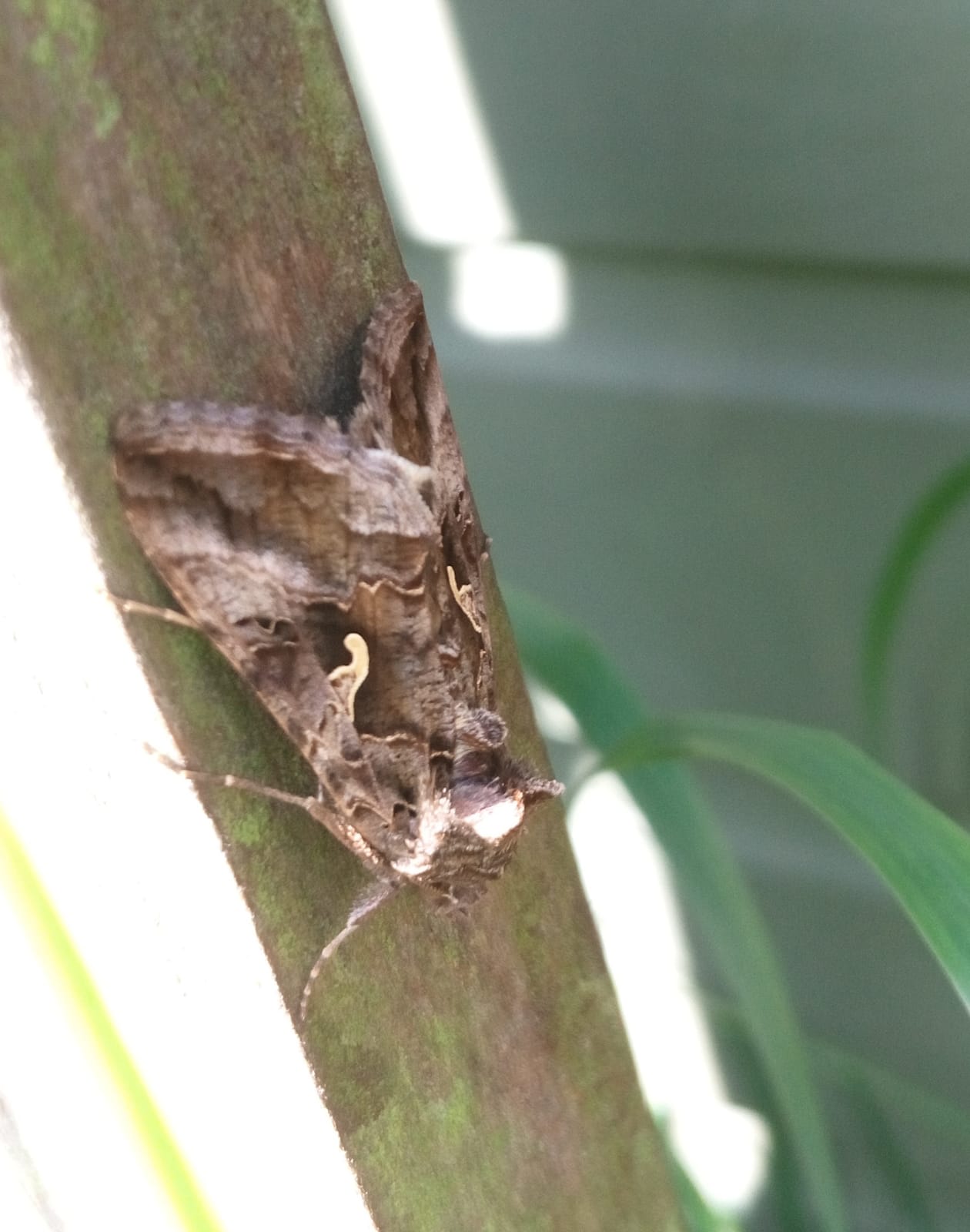 These were grown from seed this year. Not reaching anywhere near the heights on the label but they are still looking pretty. So far I’ve had orange and yellow. None of the purple on the label that I quite fancied but these are a nice bright burst. 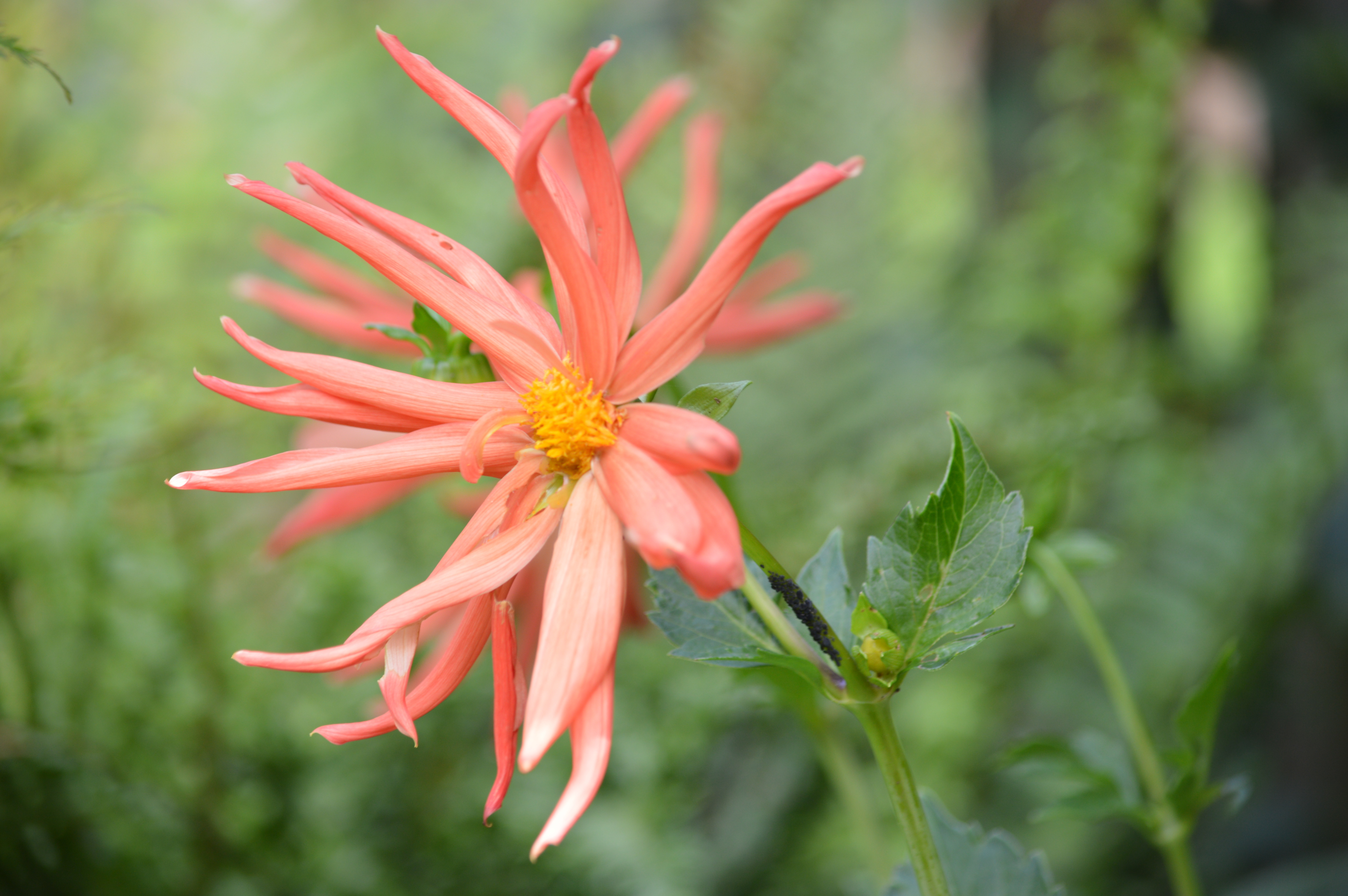 I’ve grumbled about my gladioli since I first put them in. They were blousy pastel colours. I added several dark purple and white ones into the border. I prefer block colours for these and this Wilco’s special is looking particularly good. A few have been blown over even with staking and have been taken for cut flowers inside. 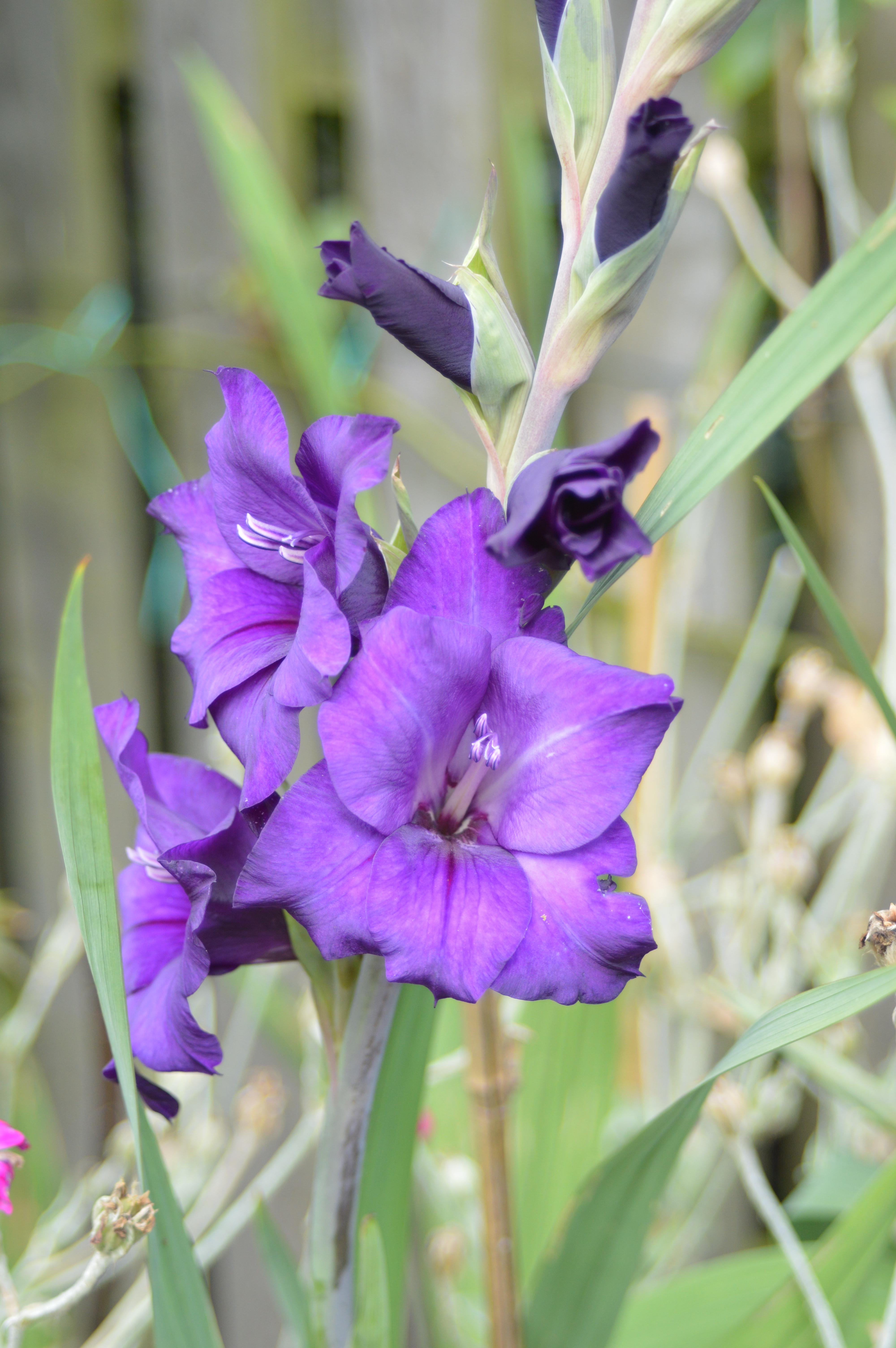 Another productive week in the garden. I still have a few more plants to clear from the patio. A few winter bedding plants to pot on. It’s a week of rain ahead on the forecast so I don’t know how much I’ll get done. But, on the positive side, the garden is looking lush. If you fancy taking part in six on Saturday check the guide. It’s an ever-growing community of gardeners with many blogs and hundreds taking part on Twitter. Enjoy your weekends whatever you are up to.