We made it out to visit a garden this week. I did consider featuring our trip to Wassand Hall for this weeks six but there was far more than six so this has featured as a post on its own. The garden is going through the transition to late summer. The poppies have come out and a few annuals so that I can put a few more dahlias in the ground. The verbena and gladioli is almost ready to flower. The air has been filled with insects with the heat of the week. The house martins are still shrieking overhead. So much to enjoy in the garden and too hot to do much more than some light deadheading until the evenings.

I culled all the hebes in the front garden last year as they had all become too leggy and they weren’t flowering much anymore. This smaller one survived in the back garden. It is not quite hardy enough though. The leaves get damaged each year so it gets a cut back in spring and spends much of the year recovering. It does, however, have pretty very vibrant pink flowers that the bees and butterflies seem to like. 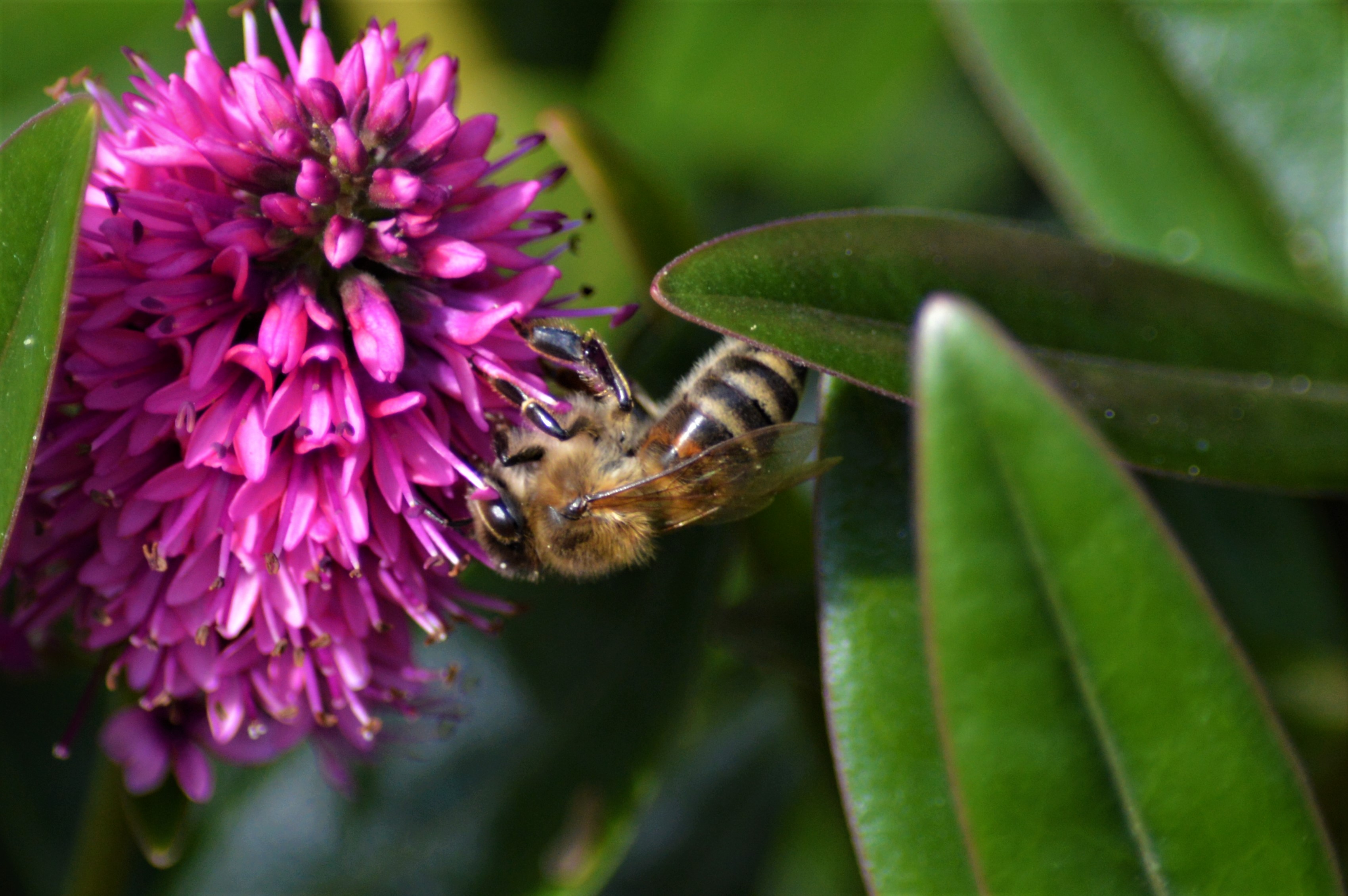 The passionflower is trying to grow through it so I keep needing to unwrap tendrils and put it back on the fence. 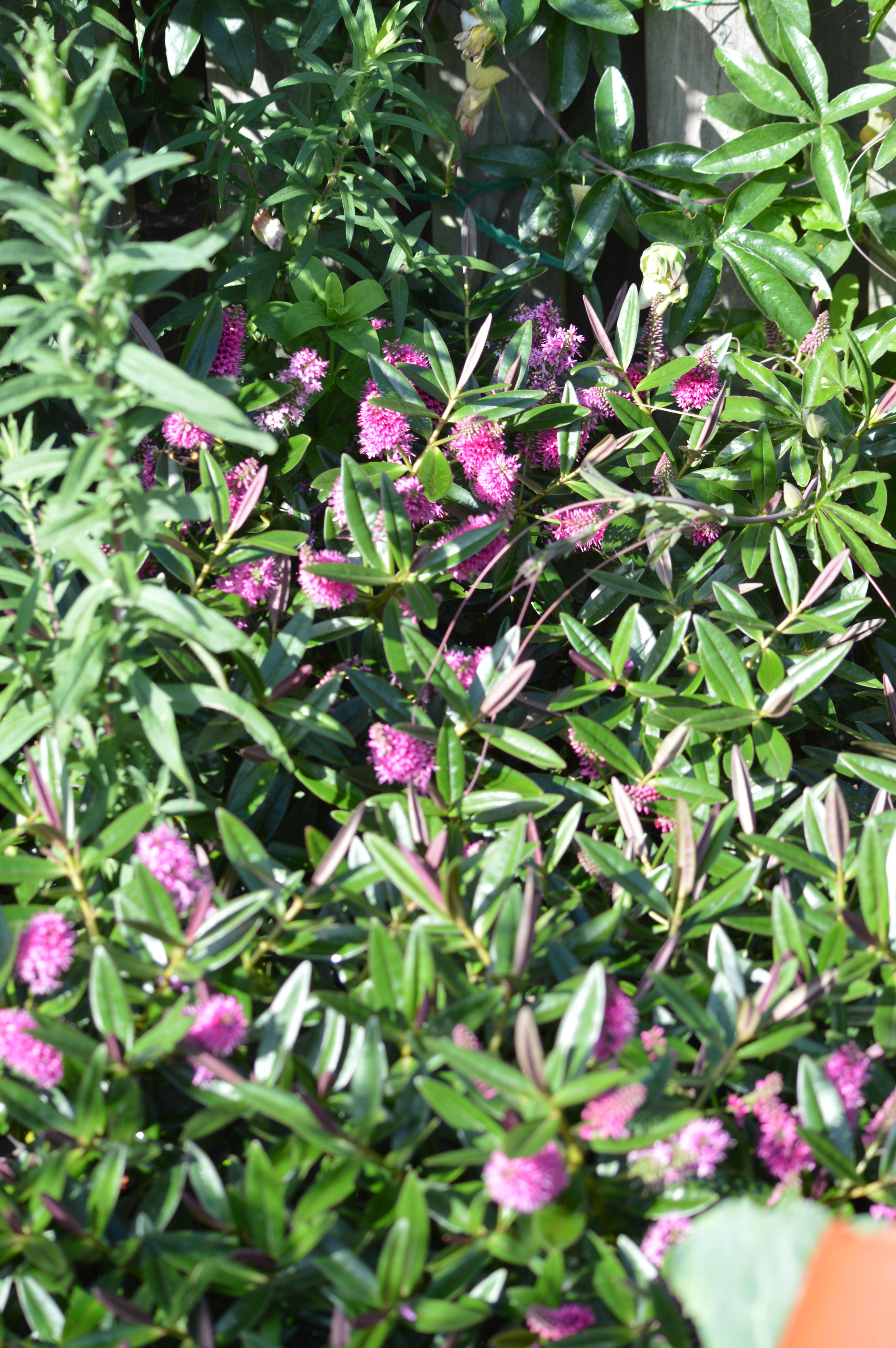 I’ve been grumbling the last few weeks about the lack of butterflies. I’ve not had a lot of my regular visitors but I read an interesting article saying that several species are possibly hibernating earlier. Having grumbled I have then had two species which I haven’t sighted in the garden before.

First a gatekeeper. These are fairly common locally but I haven’t seen in the garden. The caterpillars feed on grasses so an area of long grass is useful for attracting them in. After lockdown easing the locals and town council have gone a bit mad on the grass mowing cutting back areas that are often left longer. I’m wondering if this has displaced some of these butterflies. 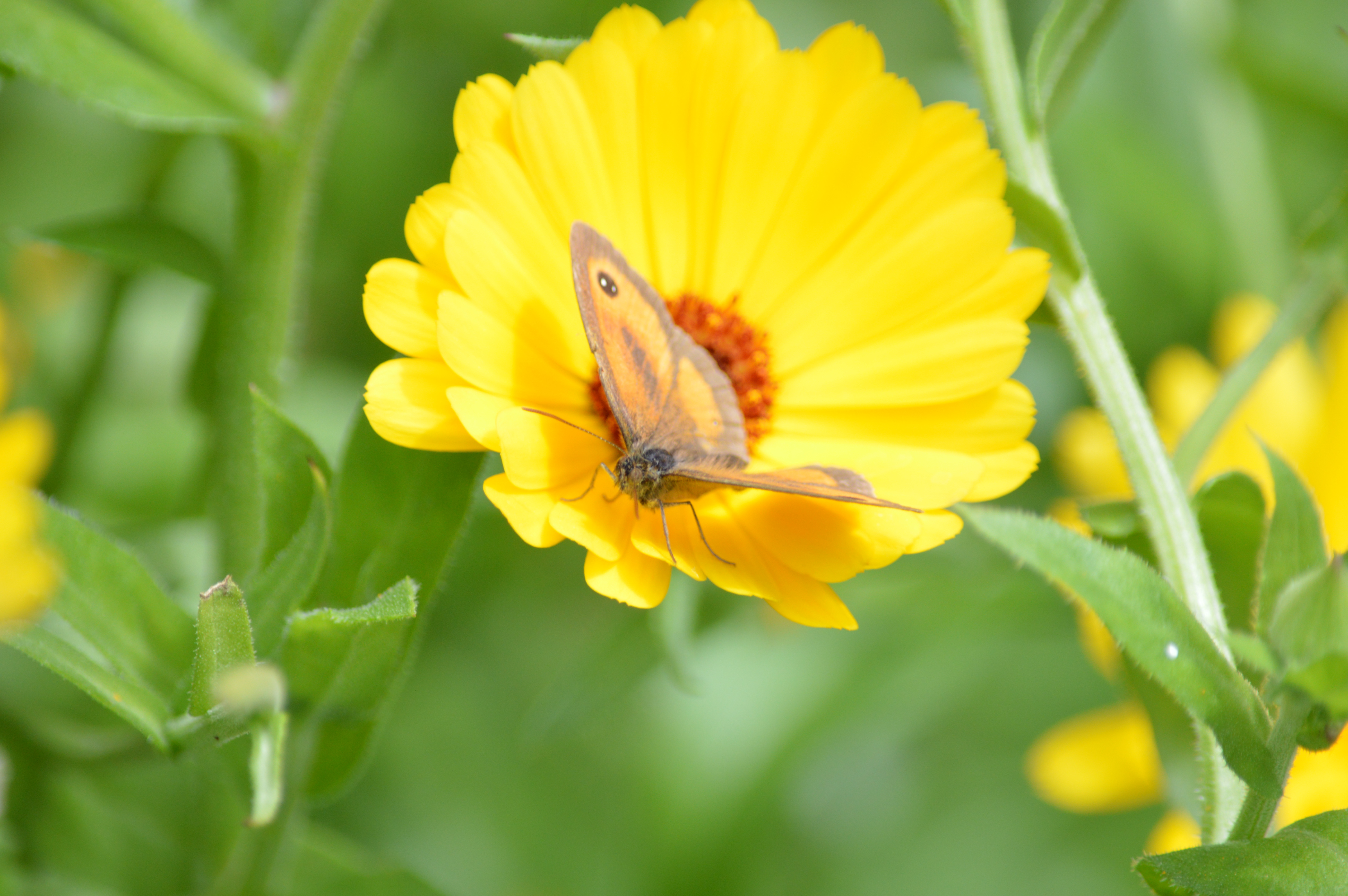 The second newcomer was a brown argus I think. When the wings are closed they are very similar to common blue butterflies but I’m pretty certain this was brown when it opened its wings. Both of the newcomers settled on the marigolds so they are earning their keep. I still think numbers are down in the garden despite the newcomers. numbers of whites are up with the caterpillars eating my sprouts and nasturtiums but other species numbers are down. 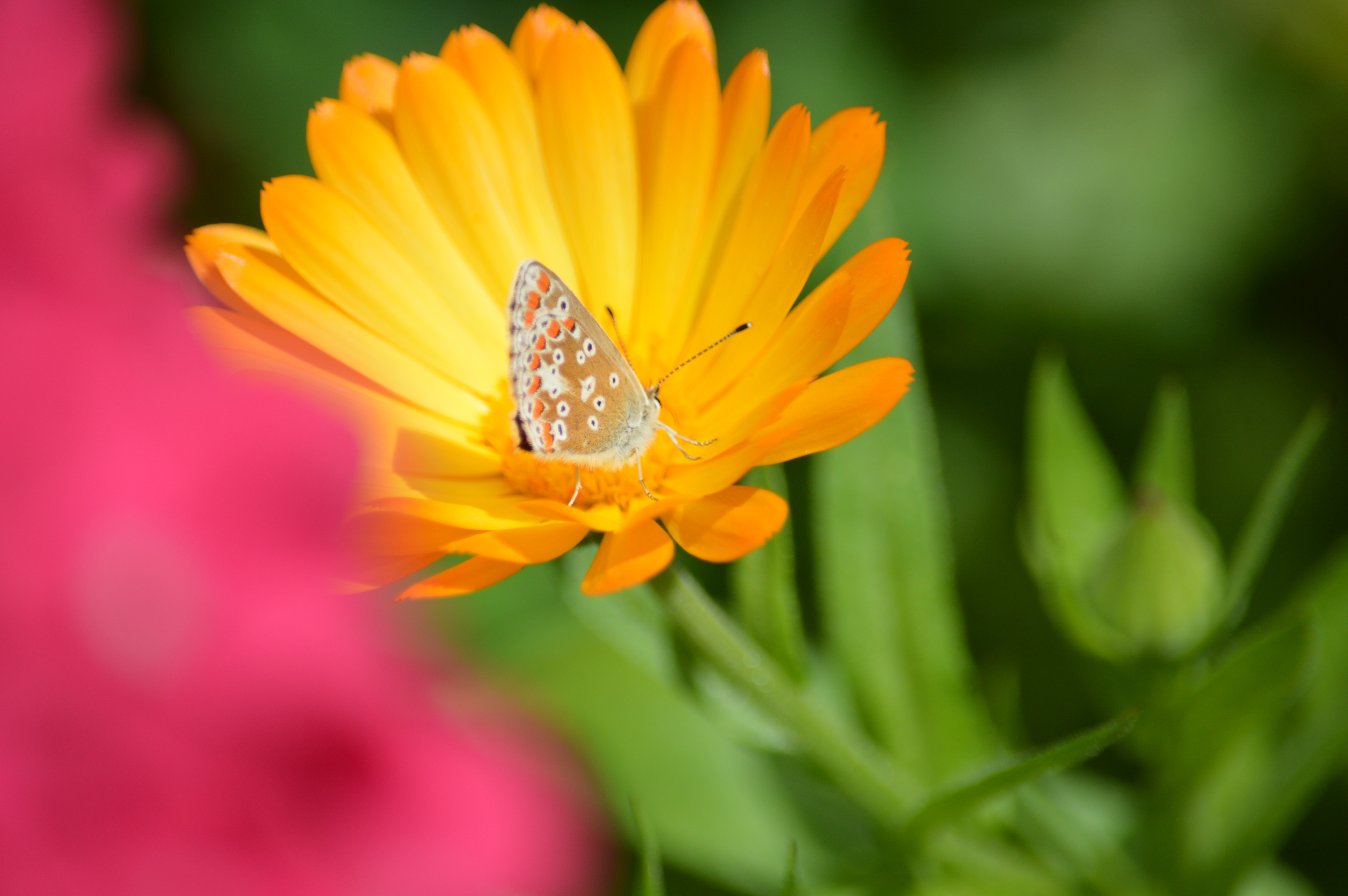 I featured these last week but I wanted to feature them again as I’ve managed some more detailed photos. 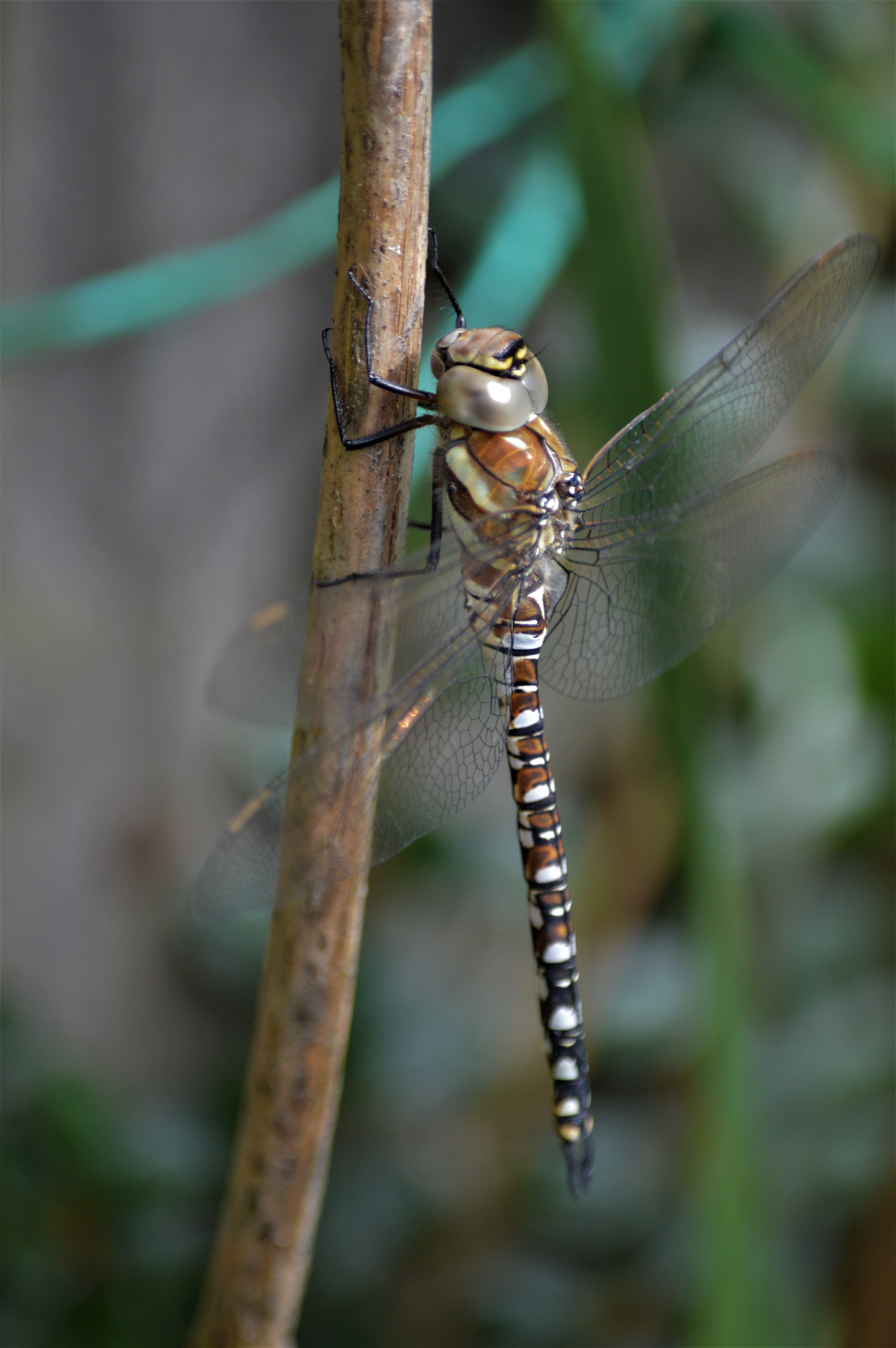 I have seen bigger numbers this week. There have sometimes been as many as 4 in at once. They seem to like settling on the honeysuckle. They eat small flying insects. I think this spot offers them a vantage point where they can rest and observe the garden for hunting. 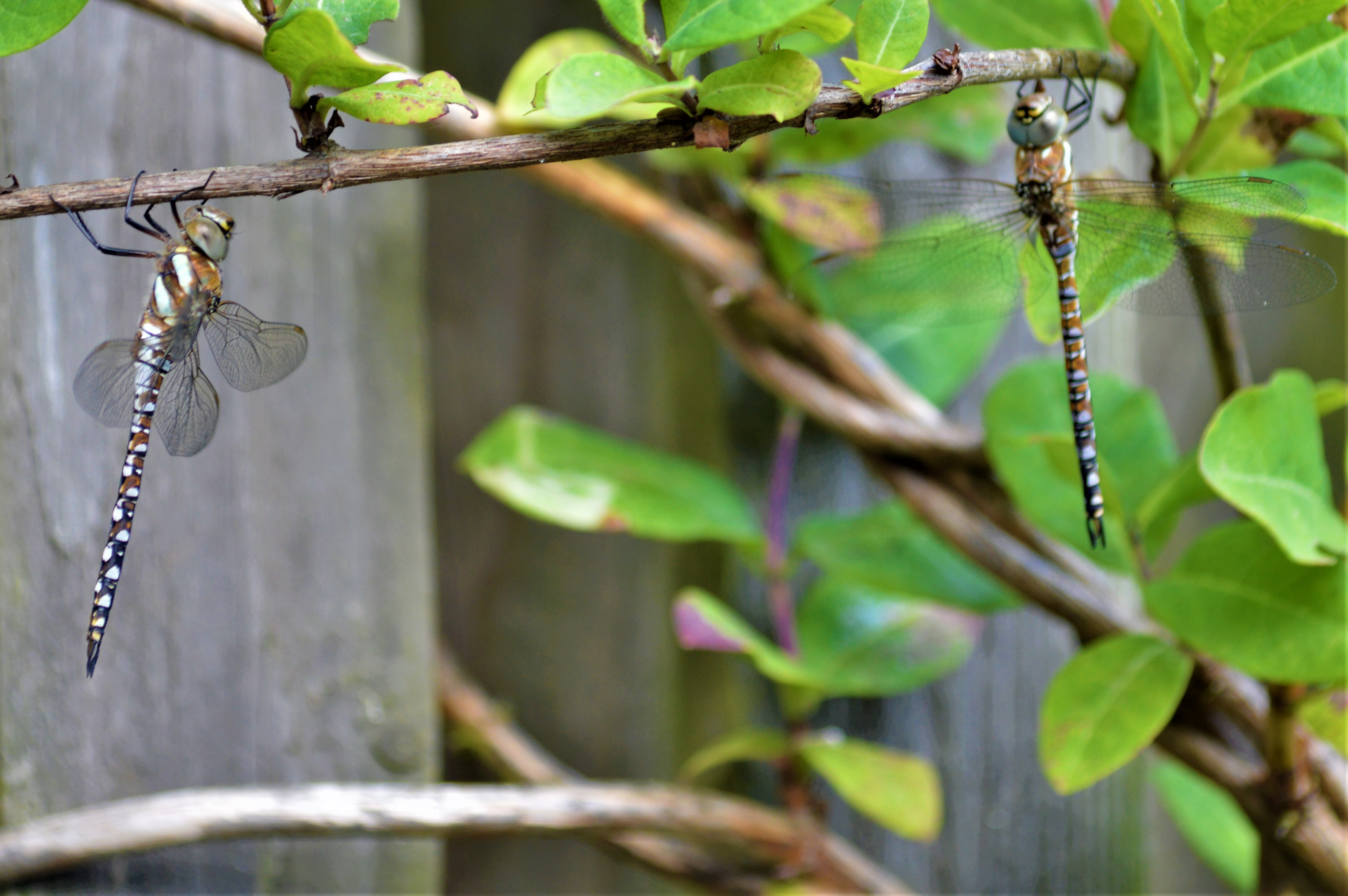 The passionflower is now dominating one fence. I featured the flowers earlier in the season. Each day a couple of new flowers open keeping the bees happy. 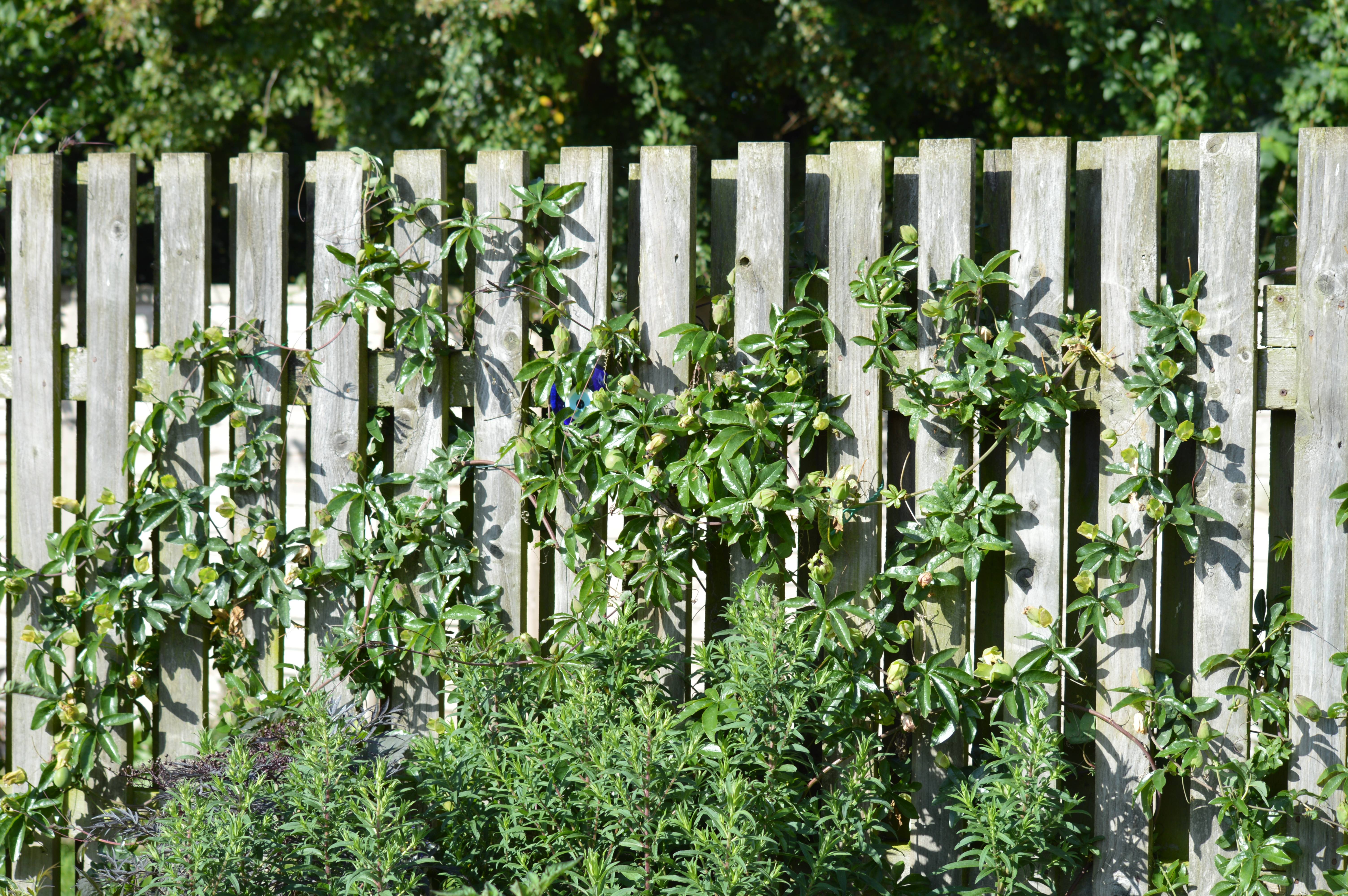 The early flowers mean it has managed to form fruit for the first time. They might even have time to ripen this year. 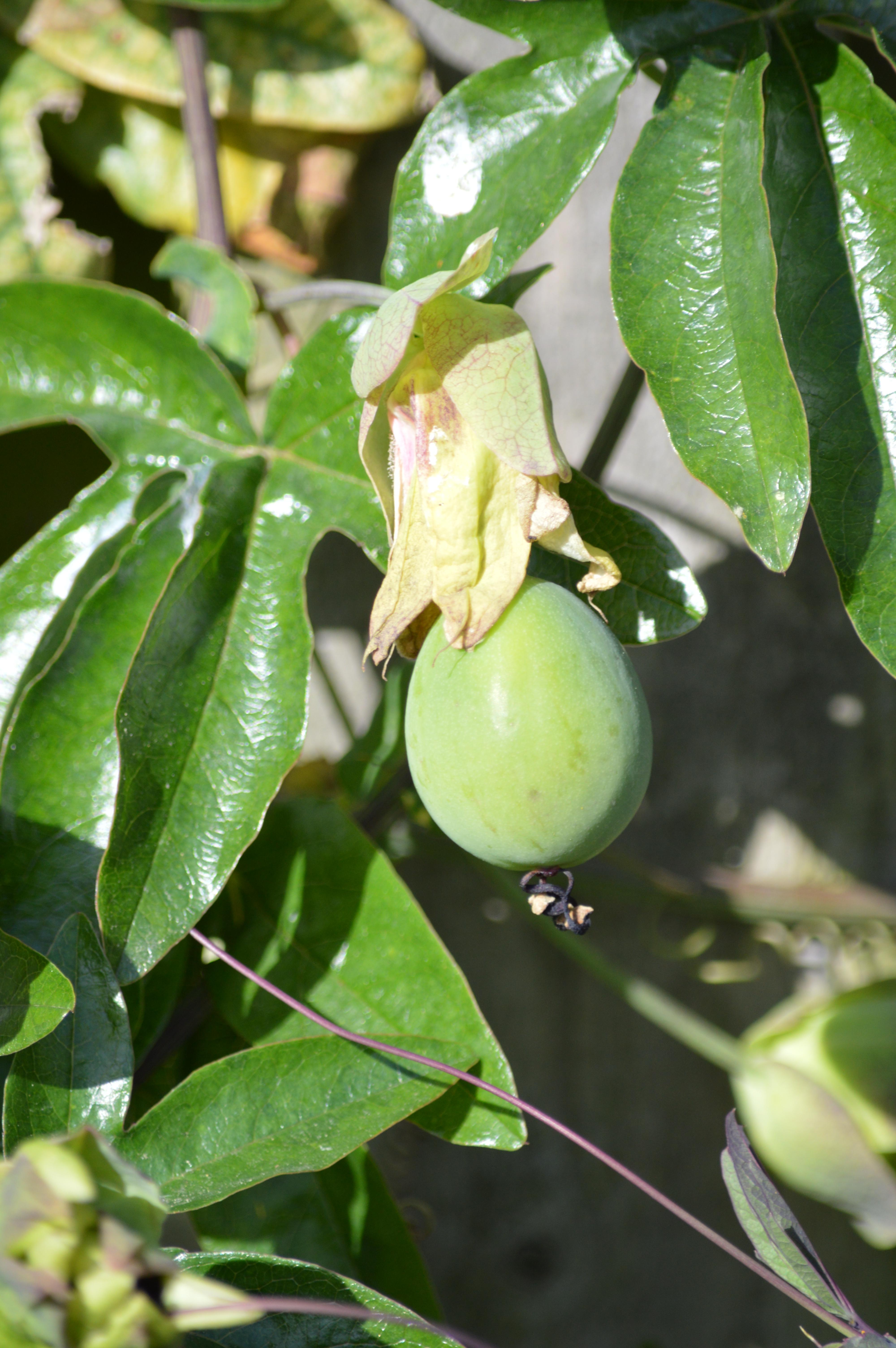 In my efforts to help the butterflies I am looking at adding a few more nectar sources for them. Yarrow is recommended as a good option. Tesco had a number at the point of death for a £1. I think this one can be salvaged. If nothing else I can collect seeds. 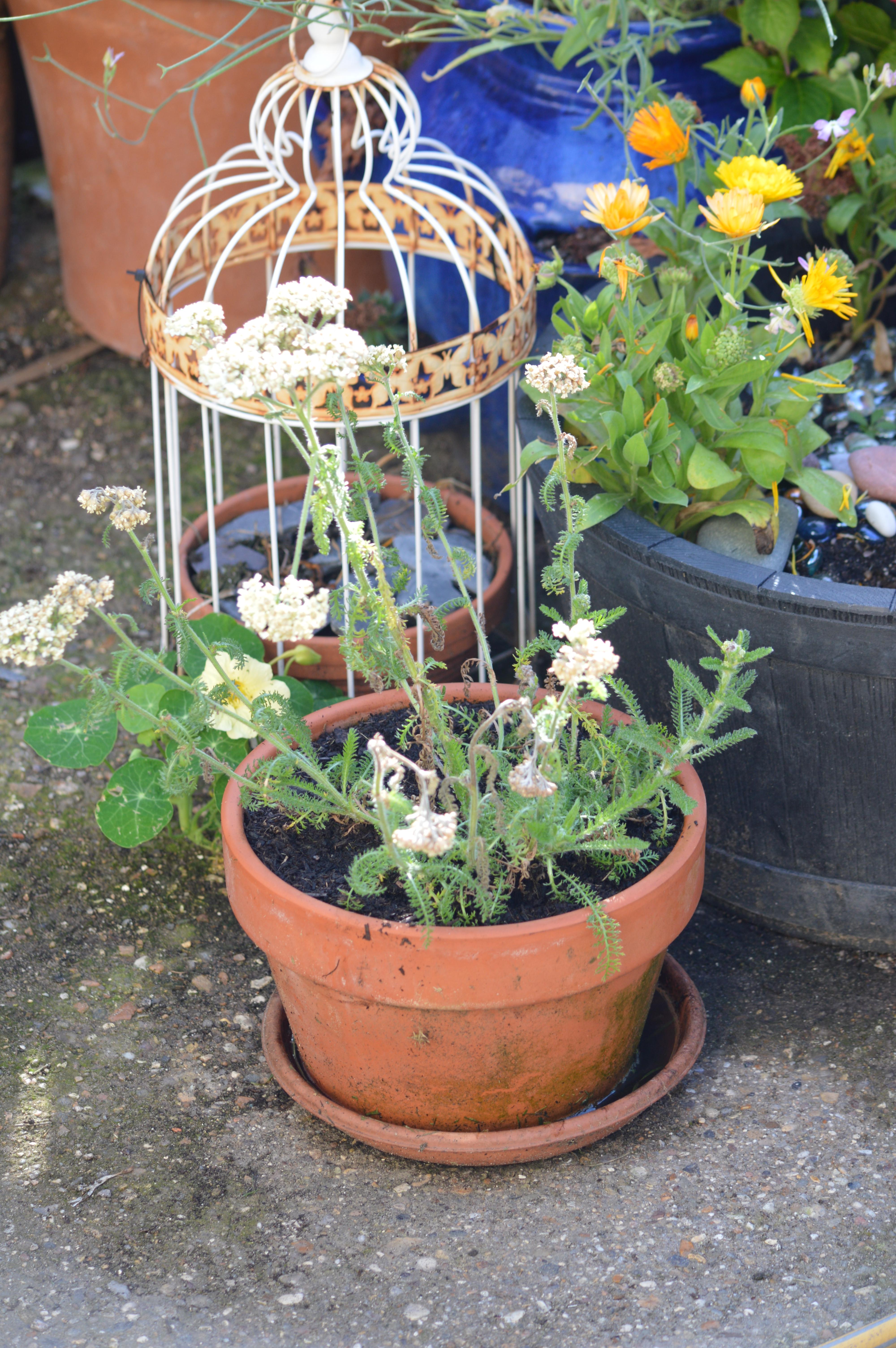 The second is a healthy one. This is Achillea millefolium ‘Pink Grapefruit’. It is filling out the pot nicely and the pink stands out nicely. This is part of the tutti-fruiti series that have been bred to be compact. So they seem like a good option for a pot to attract some butterflies on the patio. They need good drainage. My garden is clay. I have improved it over the last few years but I think these will still do better in a pot than in my ground. They are drought tolerant which is becoming more of a consideration each year. 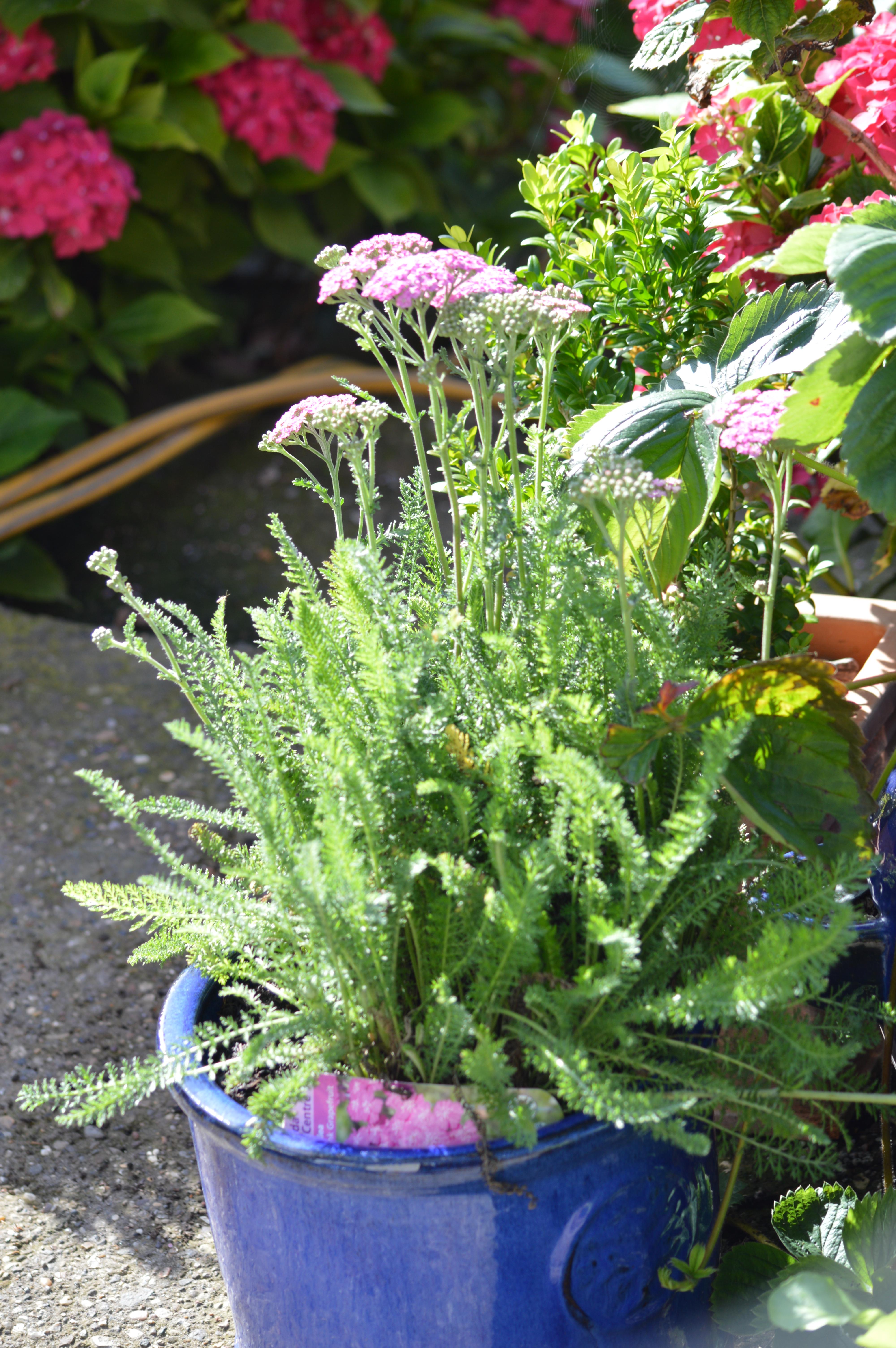 I had originally wanted this dahlia last year and I ordered ir from Sarah Raven as part of a trio of short dahlias. However, she had supply issues and I was refunded. I ordered this year from Farmer Gracy and it was delivered this year with no issues. It’s a smallish dahlia with lovely dark maroon ruffles. I think it was worth the extra years wait. 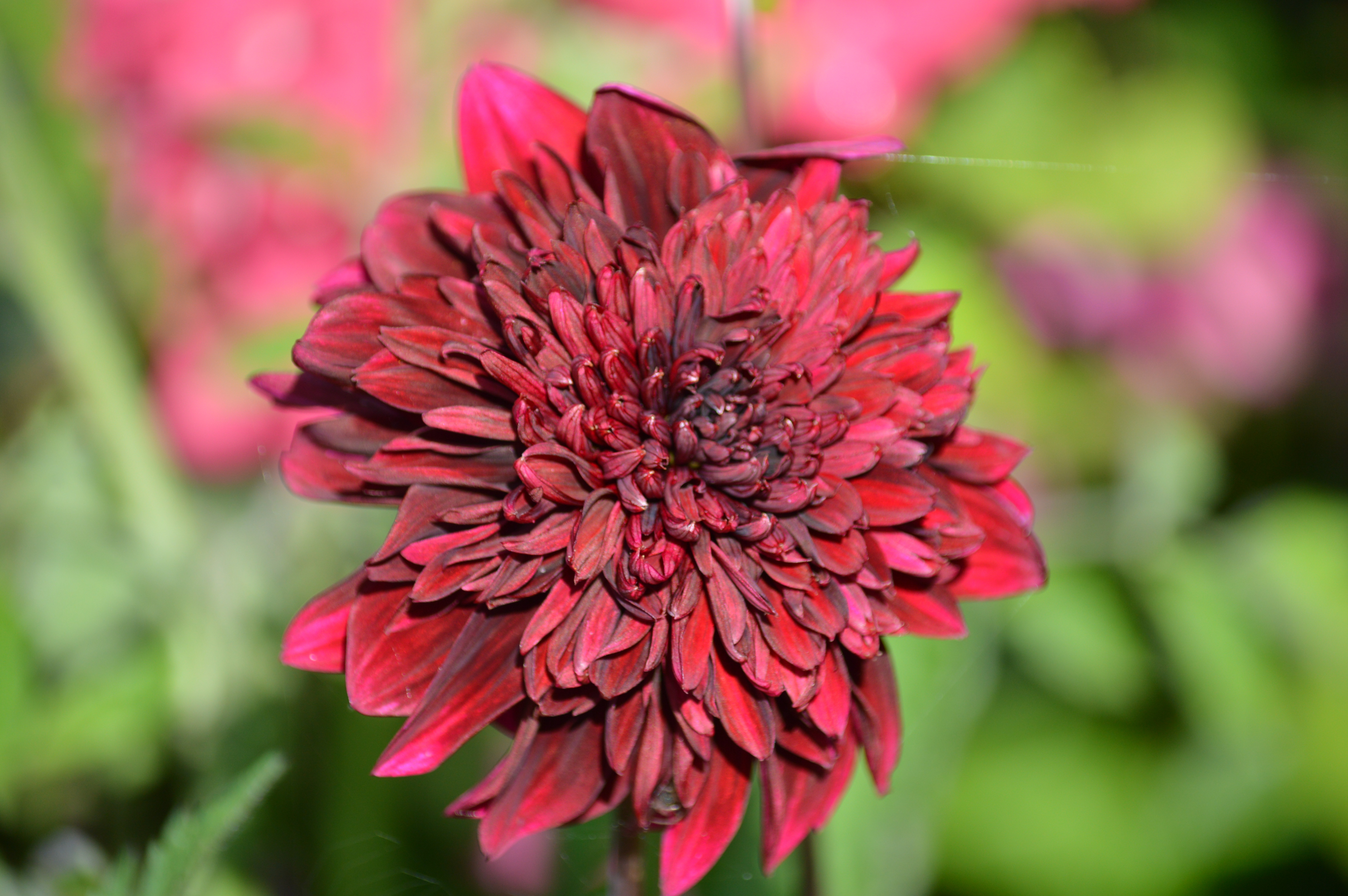 If you’ve enjoyed my post and fancy taking part or reading more check out the participant guide. I’ve got a bit of potting on to do today and may start off a few more seeds now the mini-greenhouse is emptying out. I’m gradually clearing the patio and garden ready for the return of the builders. I hope you all enjoy your weekends whatever you are up to.