It’s been a wet, grey week here on the North East Coast. I’ve not needed to do much watering all week, which is nice but it’s been too wet to do many other jobs. I’m working through clearing one corner of the garden ready for a second shed. Alice is reaching the age where she has lots of outdoor bits that need storage. So the second shed is just going to be a small one for some of her bits. The lilac has had a good prune this week and a few other things need pruning now they’ve flowered. I had some good news earlier in the week. We had entered a competition for Grow Your Own for Welfare Week and we heard back to say we have won £500 worth of vouchers for woodblocx. I think we’re going to use it for a bench with a planter built-in.

I didn’t grow sweet peas last year as I was limited for seed growing with building work and I regretted it through the summer seeing everyone else’s photos. I got two types on the go back in February. One was a Johnson’s mixed bag, the others were air warden. They are a bit of a mess growing up the obelisk but lots of blooms are coming. 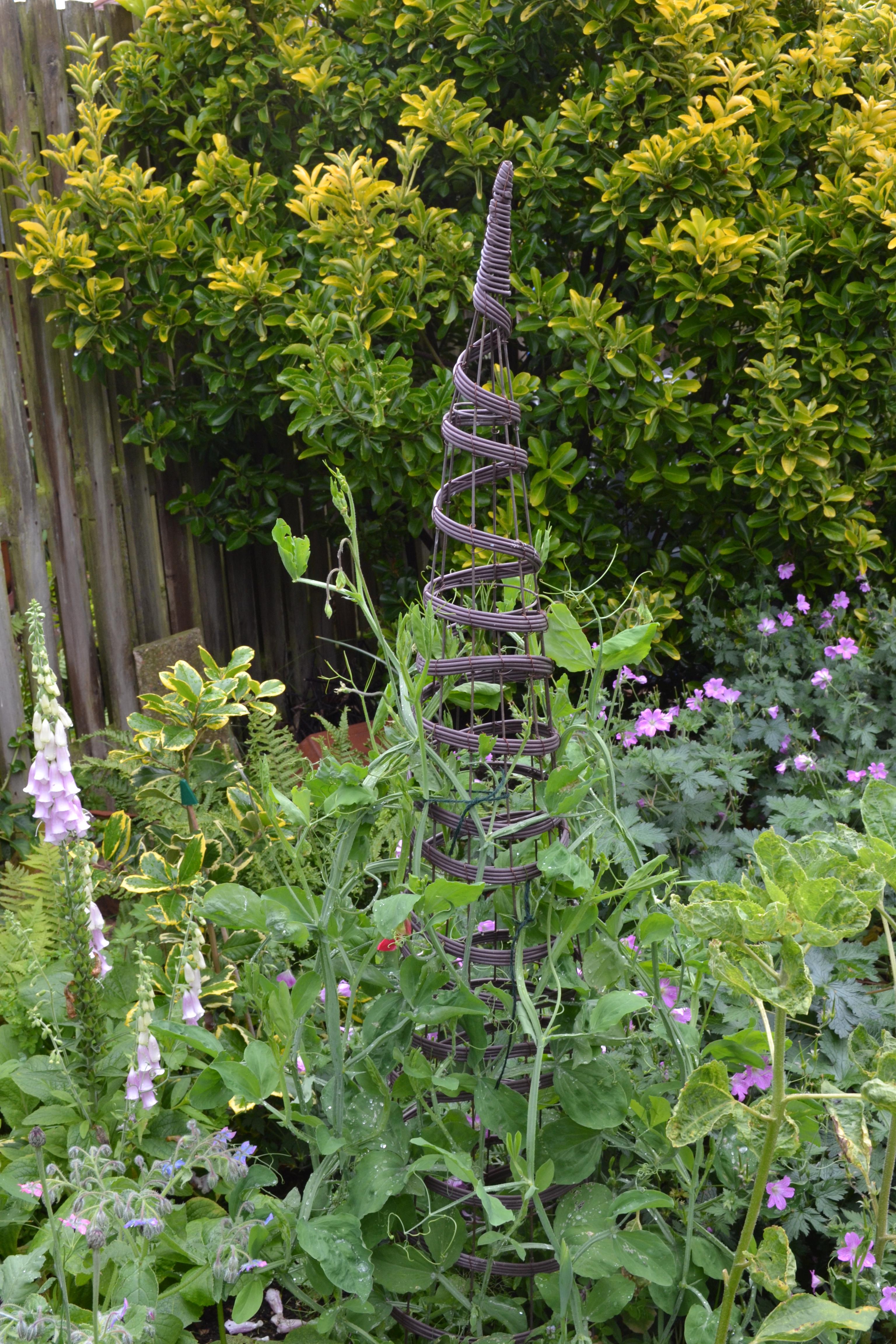 I’ve been able to start cutting for small vases inside. 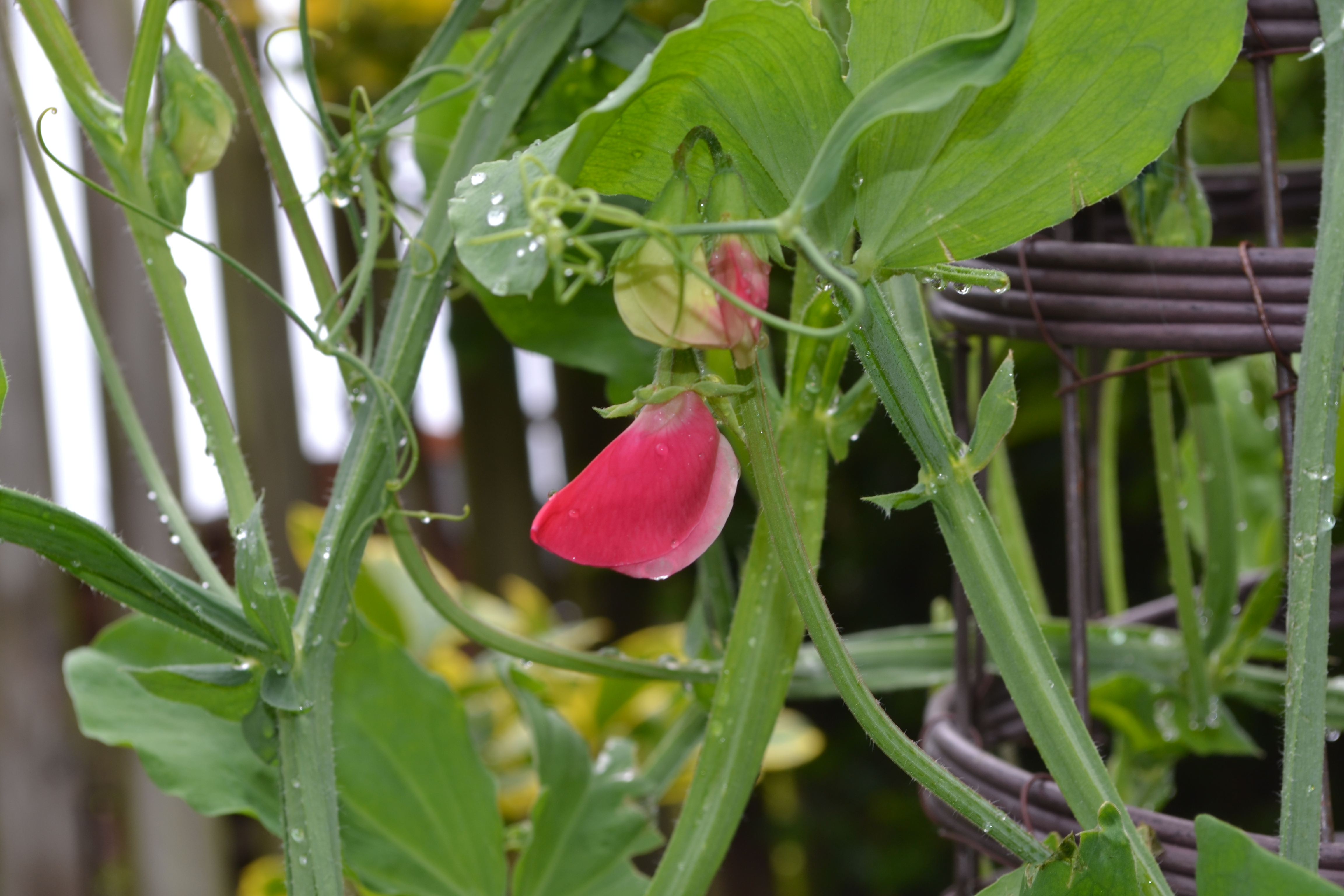 The broad beans are coming along well in the veg patch and I should be able to start harvesting. They’ve been an easy grow with minimal fuss. 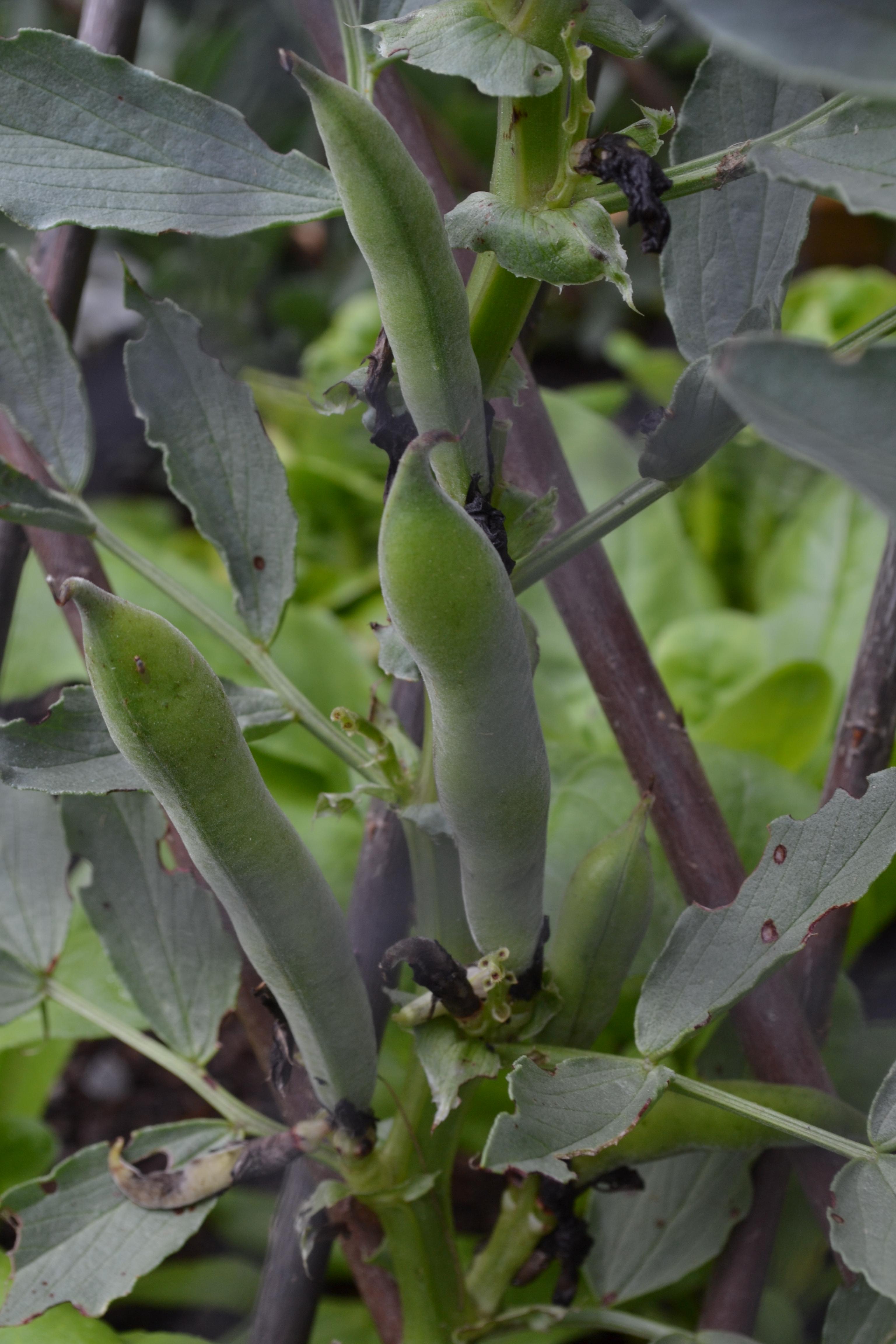 I’ve dug out a dogwood that hasn’t been doing much for a while. It didn’t quite fit with what was going on around it and the stems weren’t the most exciting for the winter interest they can give. To replace it I have got a Sambucus Racemosa. Bought from my local peat-free supplier it’s a bargain as they offer free delivery so I was able to restock on Dalefoot compost as well. I have a Sambucus nigra opposite and it has grown well. They offer nice foliage, pretty flowers and they are tolerant of my sea winds. This is going to be going between two Acers, ‘Osakazuki’ and ‘going green‘ and I think the colour will look good amongst the other two. It’s only small currently but they shoot up fast. I’m going to be planting up the undergrowth with some of the patio pots to clear it ready for the builders. So it will probably end up with a few hostas and heuchera surrounding it. Large rounded foliage to contrast against its jagged leaves. 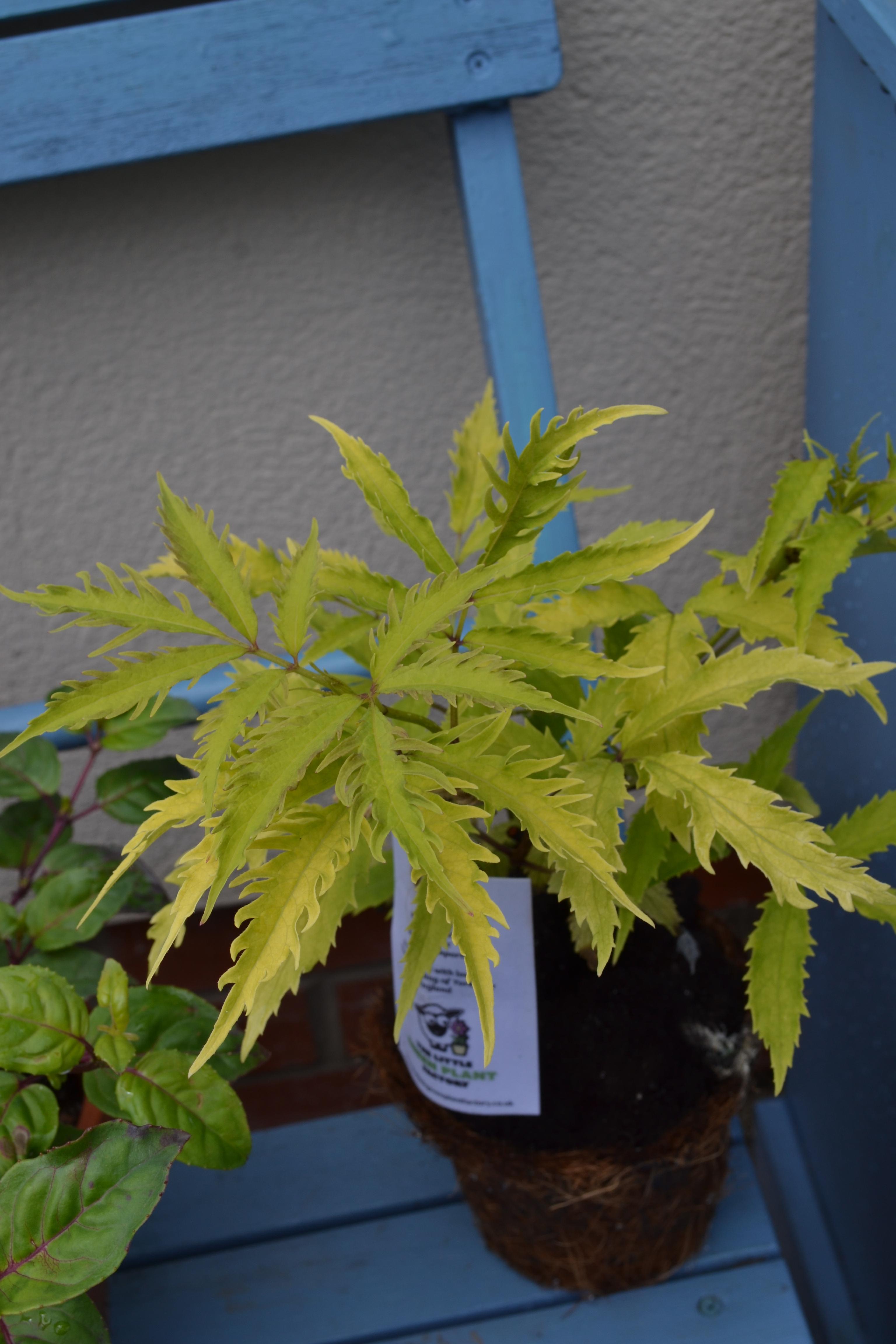 This dahlia was for sale in a charity box outside someone’s house round the corner. It was labelled as pink dec. I don’t know any by that name but it’s a very nice vibrant colour. 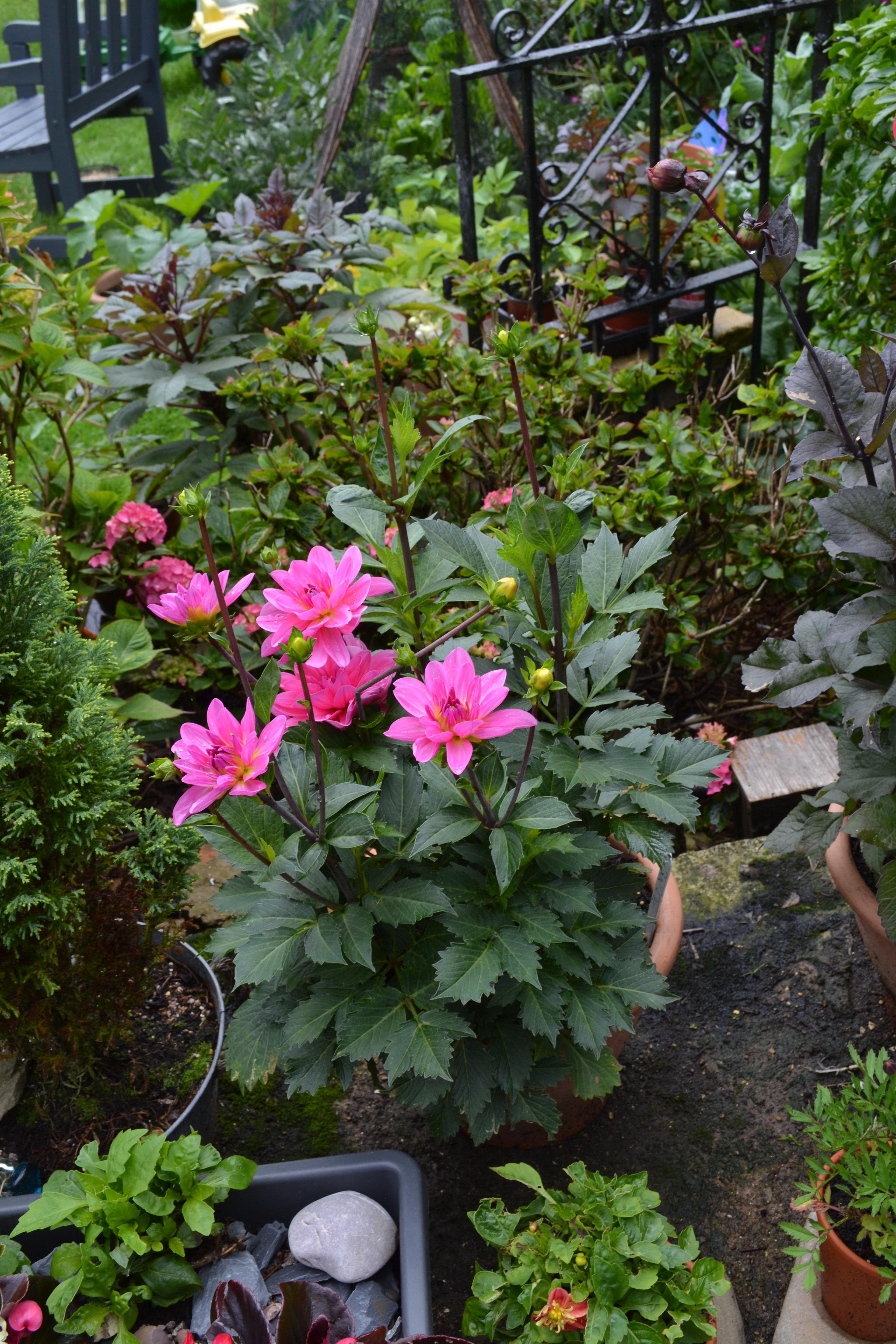 The flowers seem to be more of a double variety without the open centre for wildlife like my favoured bishops but it is looking pretty on the patio where we can see it out of the window. 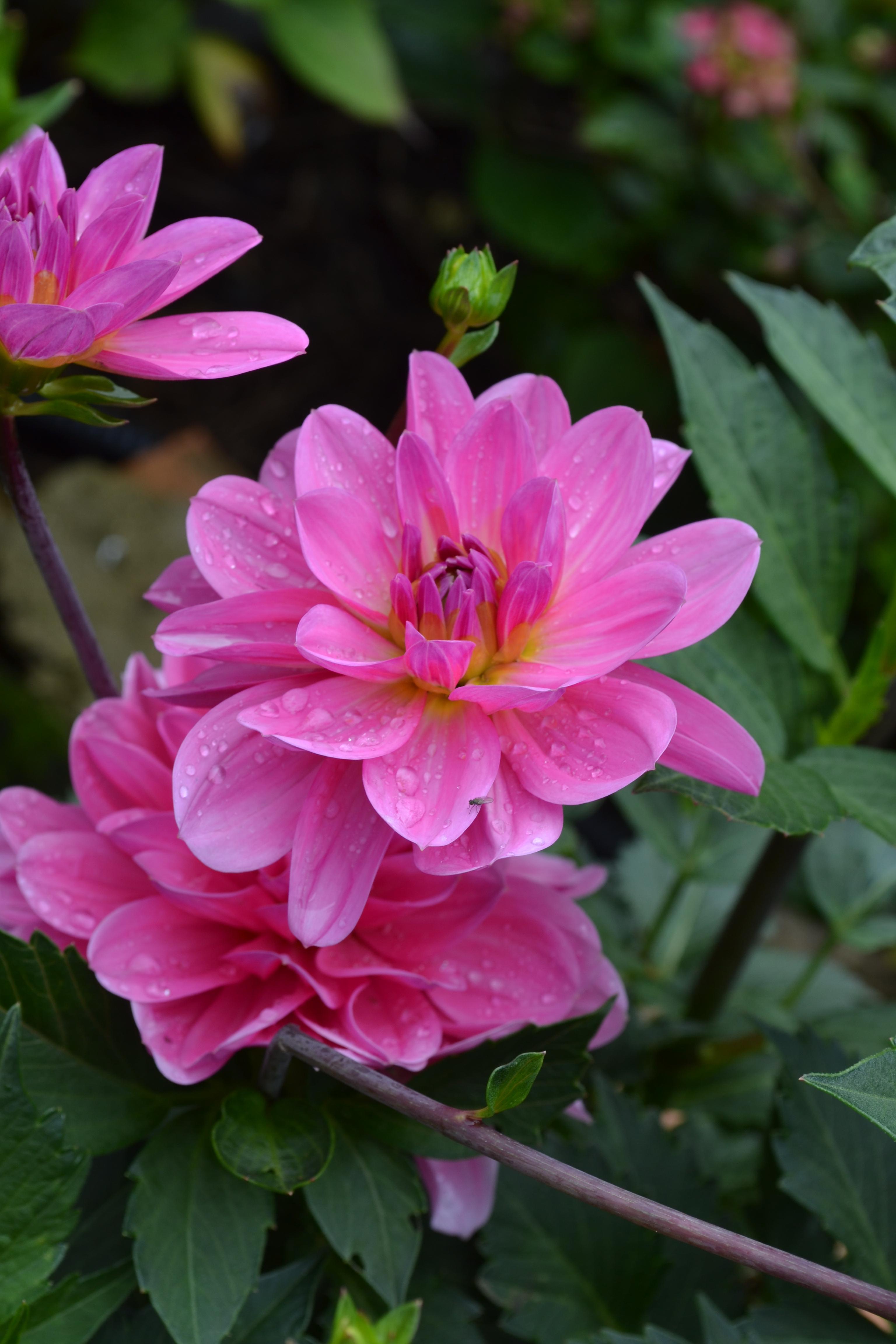 I took cuttings of this Fuschia a few months back. The parent plant suffered during drought but this one has gone onto flower quite happily. It’s a trailing Fuschia designed for hanging baskets or for the edge of large pots. I haven’t got anywhere in mind for it right now but it’s looking nice currently. 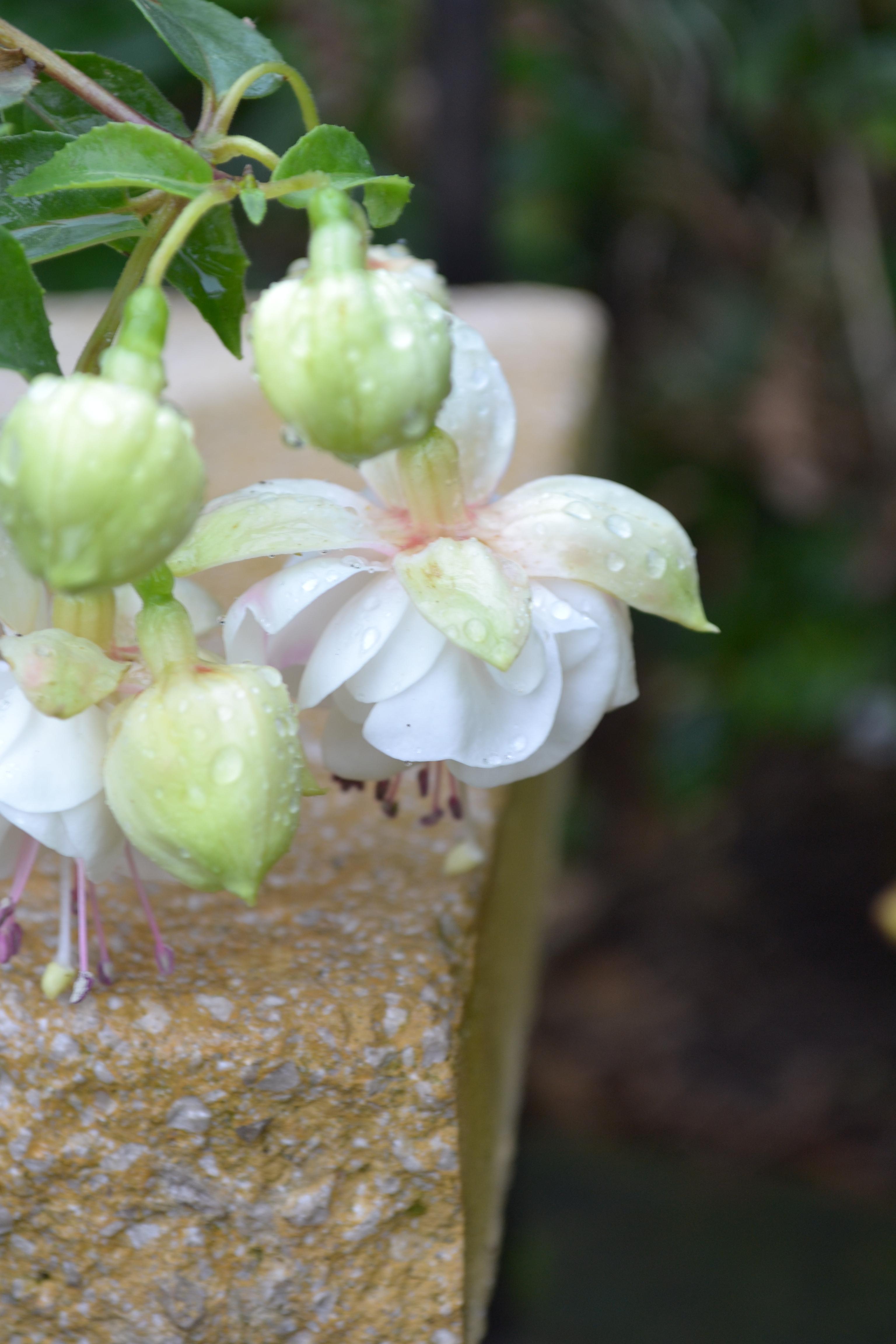 I’ve moved my two runaway brides into the pots either side of the front door. They were in pots on the patio but as mentioned the patio needs clearing ready for builders. The plants in these were looking a bit tired so I’ve moved the hydrangeas in. I reckon I’ll probably only be able to grow them on in these for a year or two but it’s a pretty addition to the step. 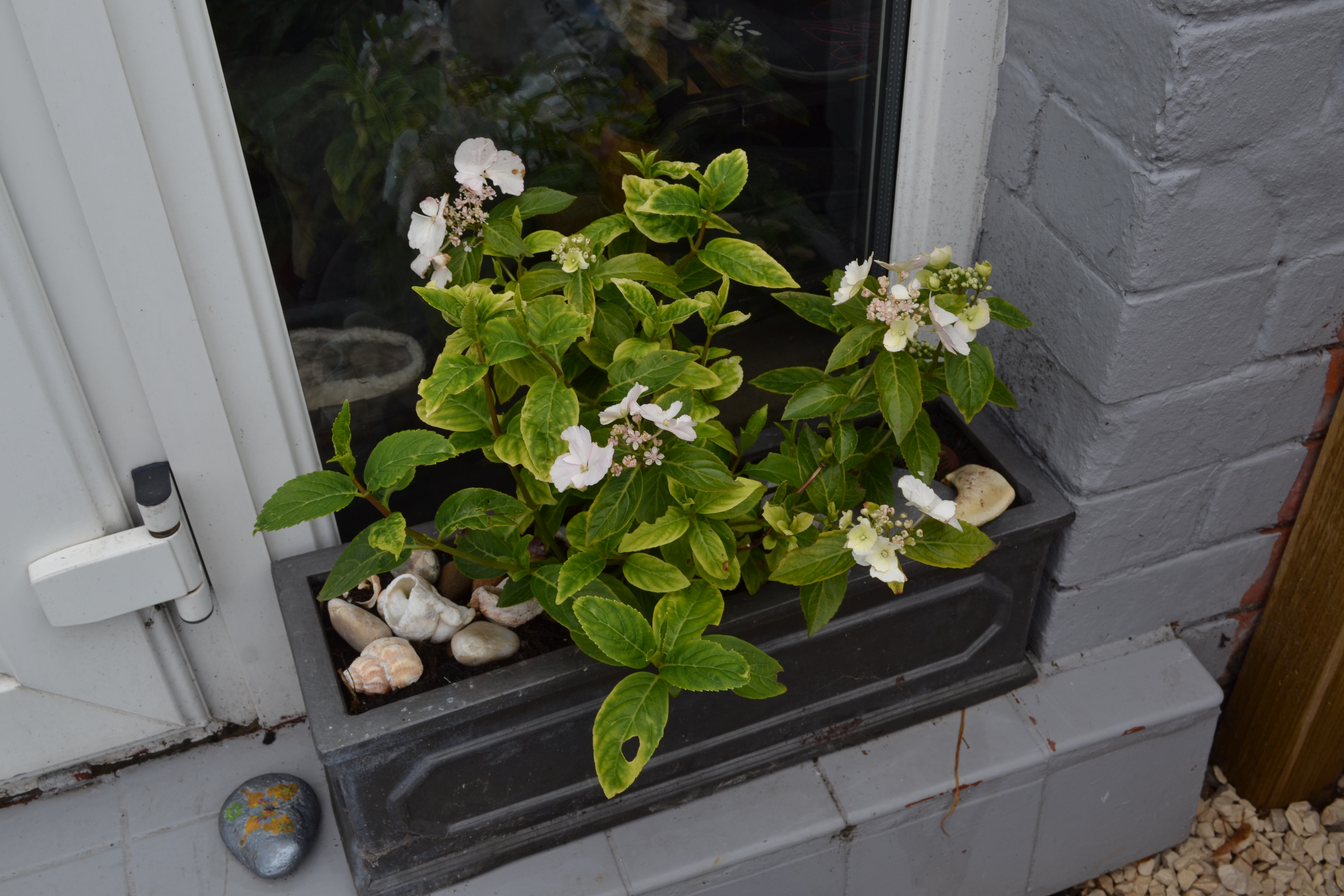 Unlike other hydrangeas, these were bred to flower along the stems so they can produce more flowers that many varieties. 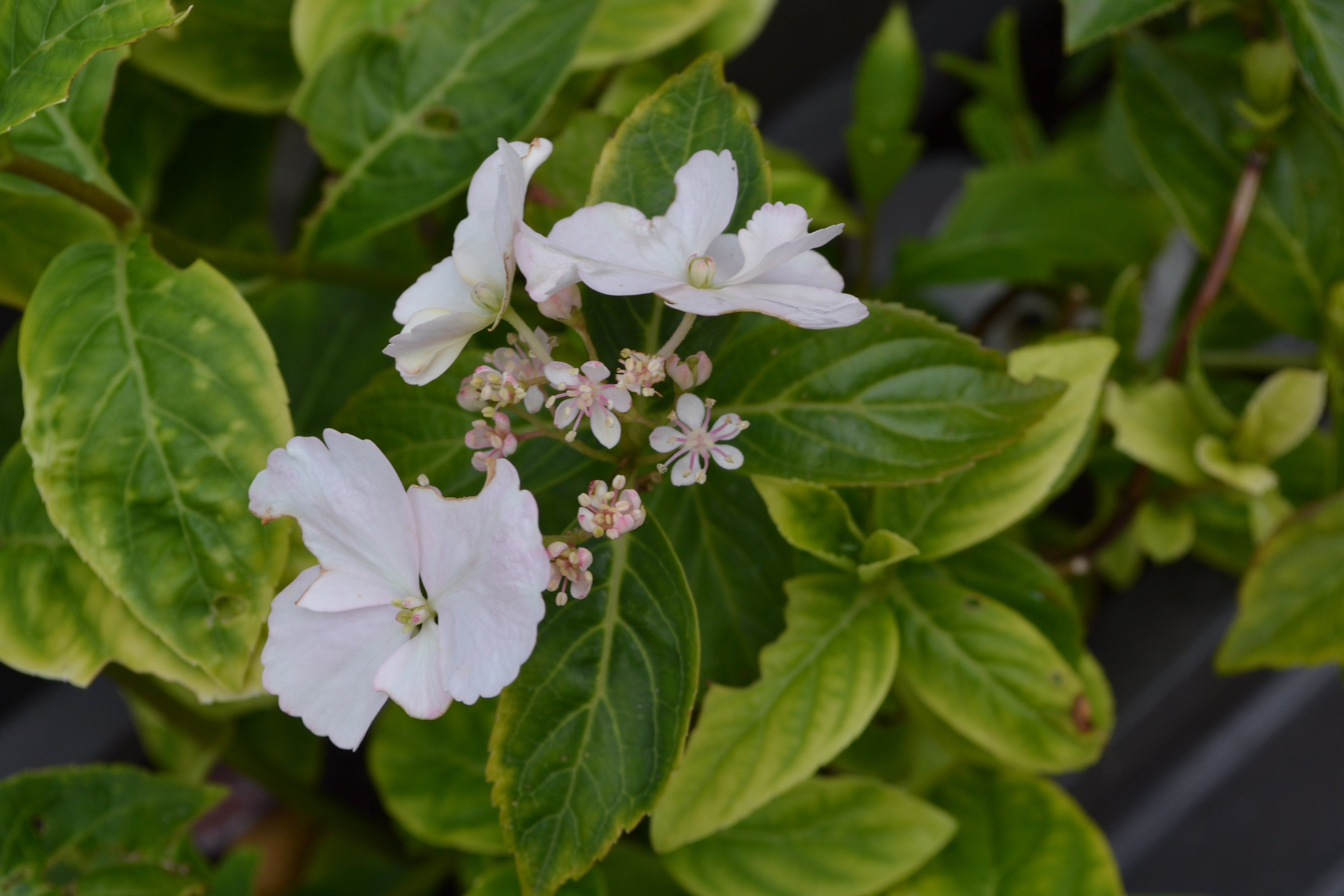 Lots of work to get on with around the borders. The area the Sambucus is going into needs some work. The climbing roses need a bit of training in. They’ve flowered beautifully this year but need a bit of training to ensure they do again next year. I’m going to be trying to get the garden in order as much as I can before the builders return to minimise damage.