I had posted on Twitter to say my heuchera cuttings were coming along well and  I was asked how I had grown them. I started these a few months back and they are starting to root. Heuchera are super foliage plants and make up a good part of the permanent foliage tapestry in my front garden. The leaves are usually evergreen and normally manage to stay looking good through winter. They work well in pots on their own or as part of pot displays. However, after a few years, they can get a bit woody and leggy so it is useful to keep a supply on the way as it can be costly to replace some varieties. Heuchera are also vulnerable to vine weevil. So if your plants are attacked it can be a way to provide insurance for their survival. 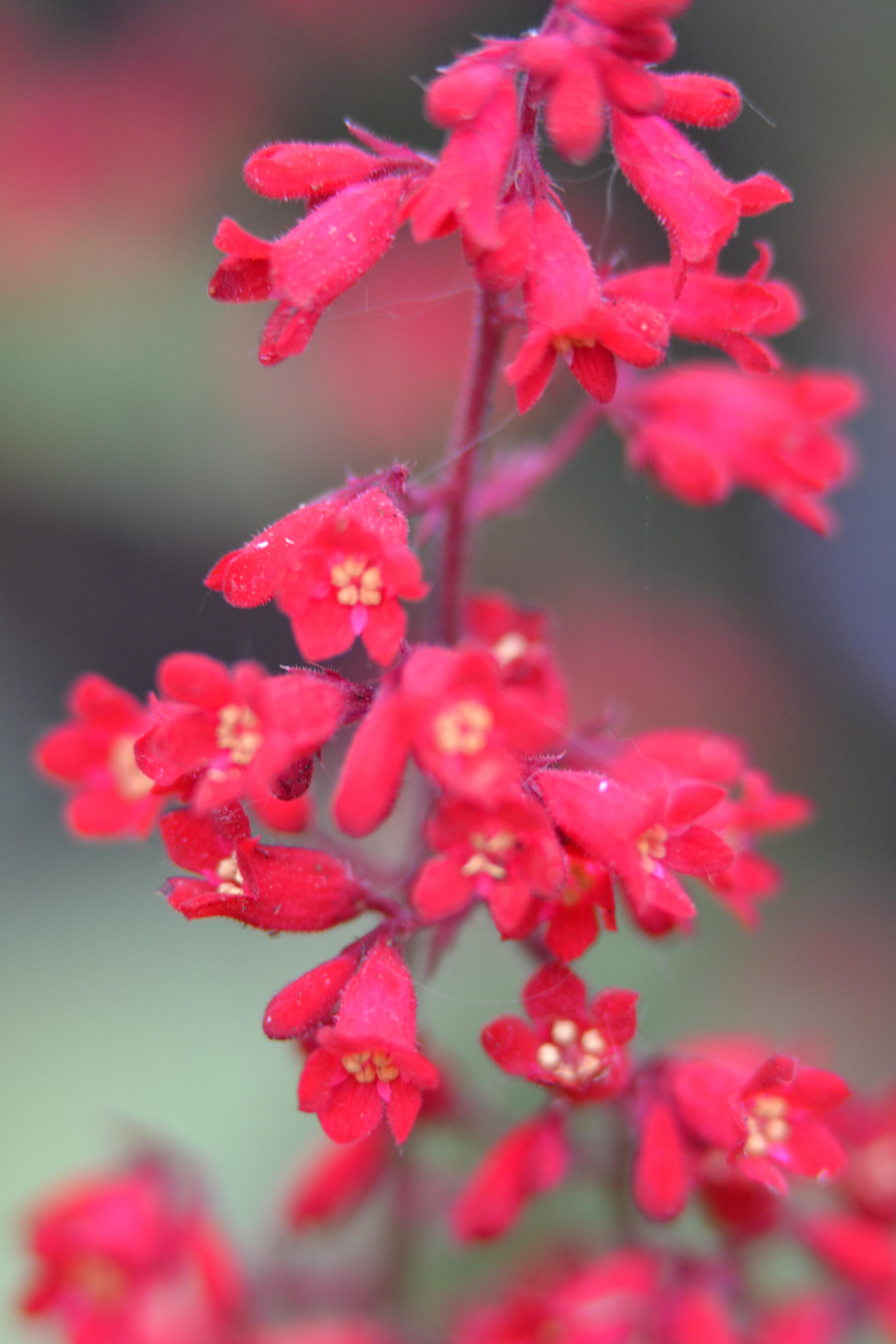 The easiest way has to be by division. If you have a nice big clump that has been growing a few years you can dig around it and lever it out. Then slice the root ball into several parts. I favour doing this in spring so the divided plants have time to put down roots before the next winter. Once you’ve dug out a section you can either dig the divided parts back in around the border or grow them on in pots. Either way, I aim to keep the root ball slightly above the soil surface to avoid rotting. I generally divide leaving a big section in the space it came out of and then pot up the smaller sections in pots. This way I can make sure they remain moist while they put on roots. I like to water in trays so the soil gets to soak up the water but without getting waterlogged. This is probably one of the easiest and most reliable methods for dividing but you will only get a few extra plants a year. So it is quite slow. For most people, this won’t be an issue as you probably only want a small number of extra or ones to replace leggy ones. 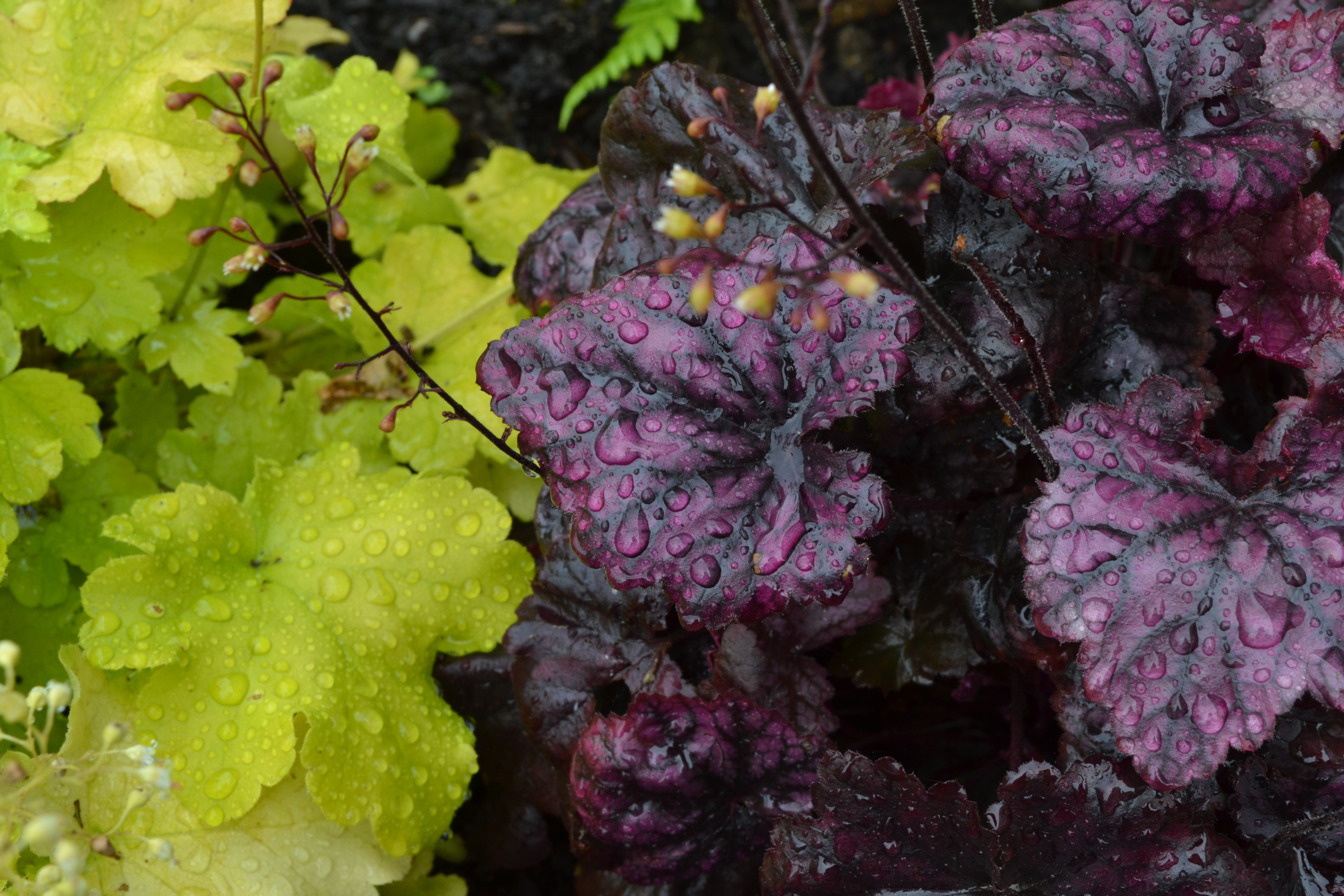 I divided this heuchera marmalade in early spring. It had claimed a good section of the border and I wanted to clear the space for another plant. Rather than waste it, I divided it leaving a section of the heuchera in the border. 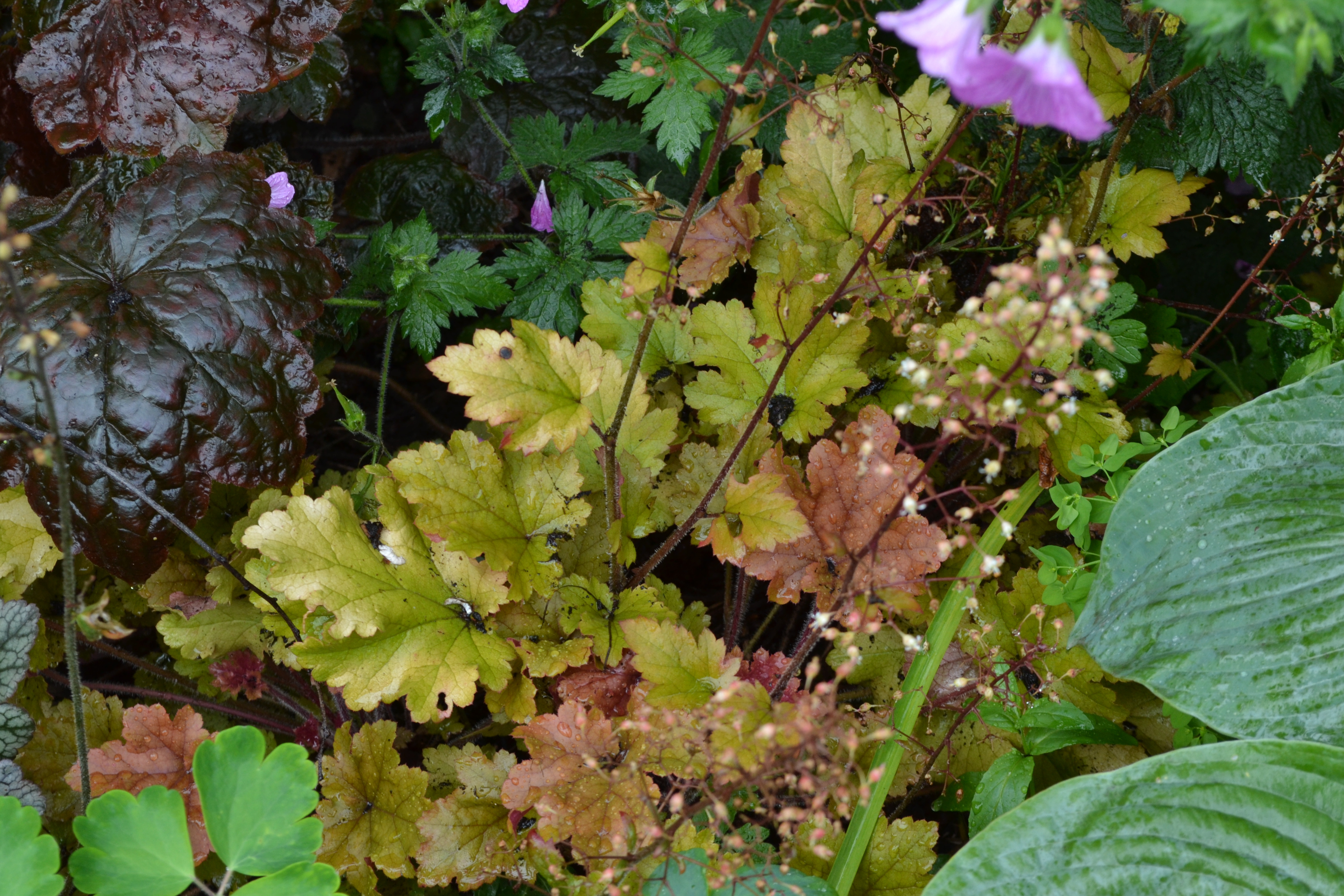 Then the divided section has been grown in a pot where I can keep an eye on it to ensure it isn’t drying out while it forms roots. 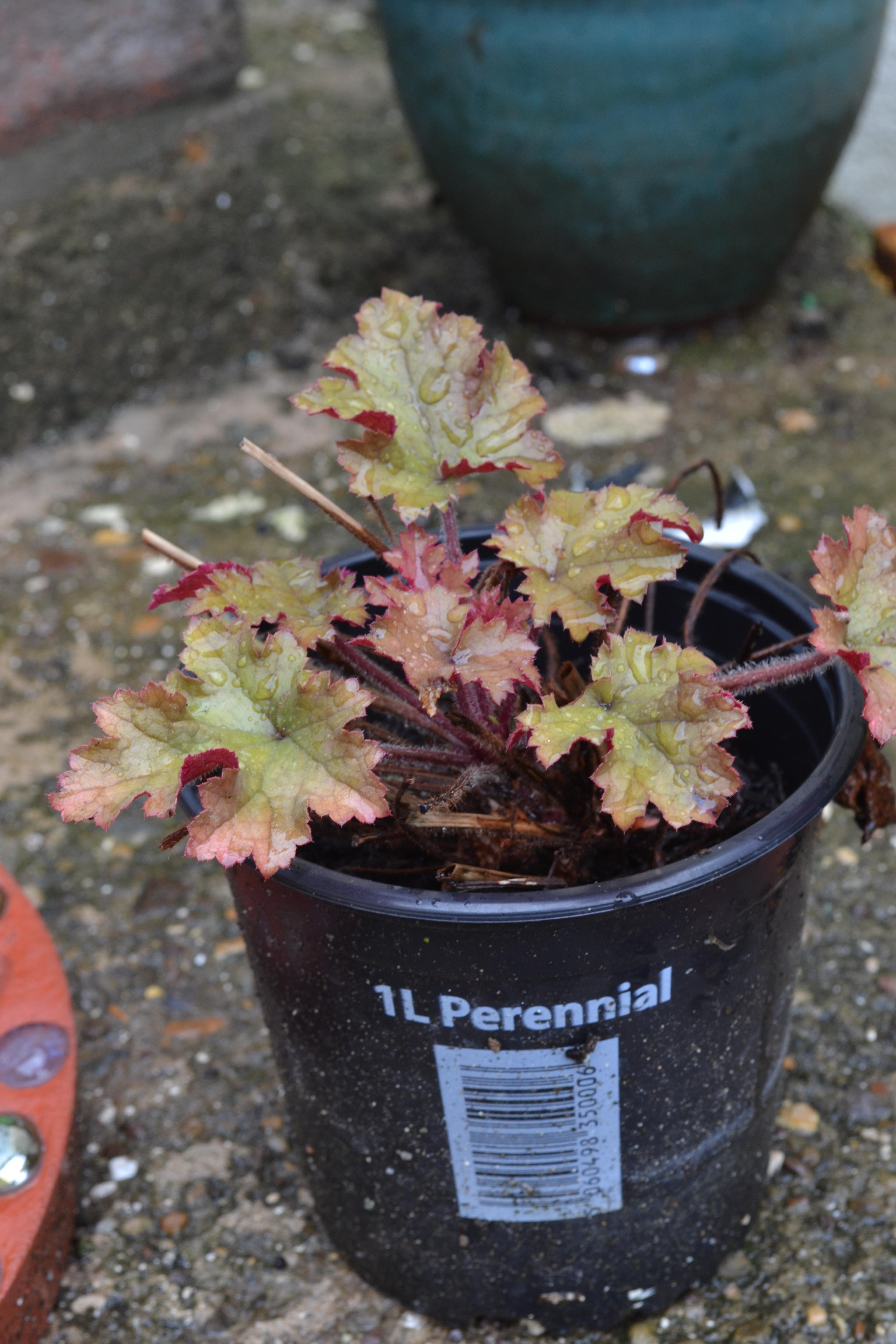 If you are looking for a mass of heuchera you can grow from seed. You can get hold of seed either by collecting seed from your plants or you can buy seed. If you collect seed they generally won’t come true from seed, so the offspring may not look like the parent. Palace purple is one of the exceptions that I have found self-seeds from time to time. If you want to buy seeds Chiltern Seeds offer a few varieties in several colours and I’ve generally found reliable. To grow the seed they need a free-draining seed mix. The seeds themselves just need to go on the surface, a light watering and then a tray lid on. They normally take around 10 days to germinate. If they don’t you can place them into a colder space for 4-6 weeks before returning to warmth. While it may take a year or so to get plants up to size this gives you the option to grow a large number of plants. However, there isn’t the selection of buying from a nursery. 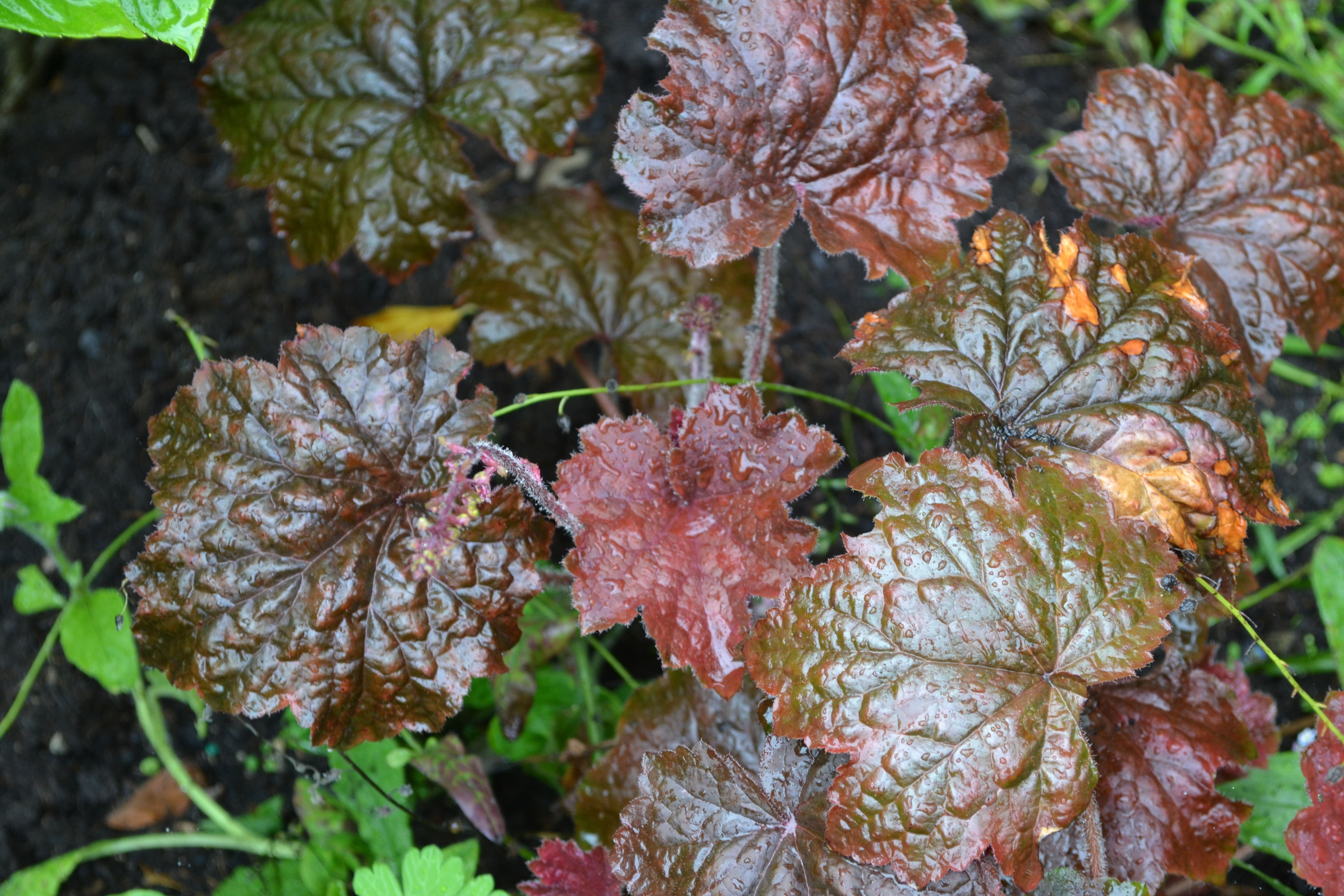 I have been growing my heuchera cuttings in a really useful box. I mixed a compost using a peat-free multipurpose, a little bit of grit, and some perlite to help water retention. The compost mix goes in the bottom of the tub and the lid seals in the moisture. I watered before taking cuttings so the cuttings were going into moist but not waterlogged compost. I took cuttings in spring. Some sources recommend autumn after flowering. However, I prefer spring as the cuttings then have the warmer period of the year to put on roots. I only take cuttings from plants that have plenty of growth on that can spare a few stems. I take cuttings from the younger growth choosing smaller leaves. These won’t lose as much water and the juvenile growth seems to root better. I make holes in the compost mix with a small skewer. The cuttings are dipped into rooting powder and then placed into the holes. I try to position them almost on the soil. Leaving just a small gap so they aren’t resting on the compost to avoid rotting. The box lid can go on and then the box needs to go somewhere shaded. This went under my plant display table and has been left there for a few months. Every so often I’ve lifted the lid just to check they are ok and removed the ones which have shrivelled. The majority of the cuttings seem to have taken and I can see roots three months on. These will be grown on until I can either see they have a decent root structure or that they are putting on new growth. 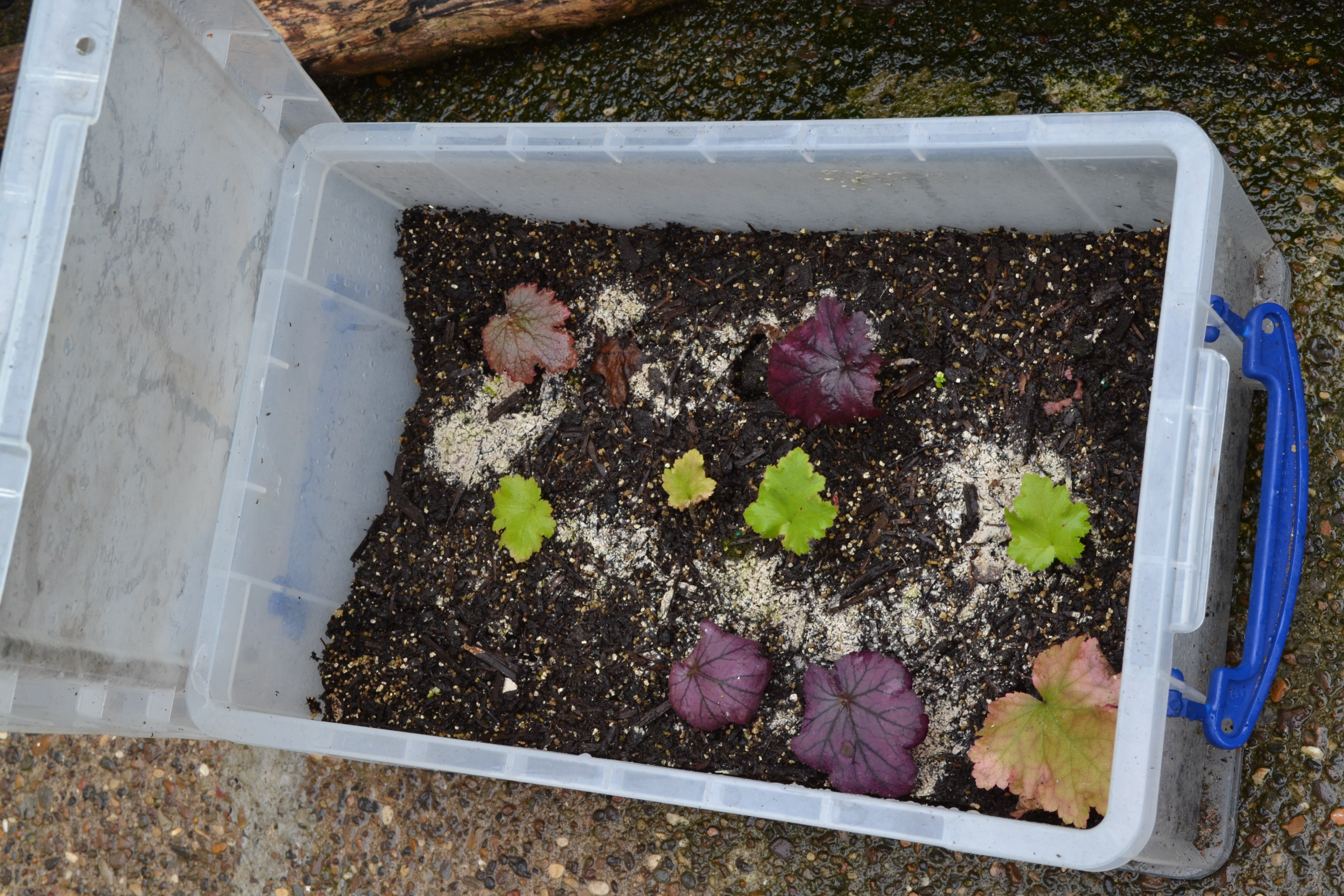 I hope that’s helpful to those of you who asked. Heuchera are great foliage plants. As I said already, they are great for pots and for winter interest. They work well in shade and are great for wildlife. There is lots to like about them and they come in a whole kaleidoscope of colours. If you are looking to buy some I would wholeheartedly recommend Plantsagogo. Vicky and Richard offer an amazing range and they hold the National Collections for heuchera, heucheralla and tiarellas. An impressive feat for a very wide-ranging species. And they are always very helpful in offering advice. They are very useful plants and I wouldn’t want to be without them. 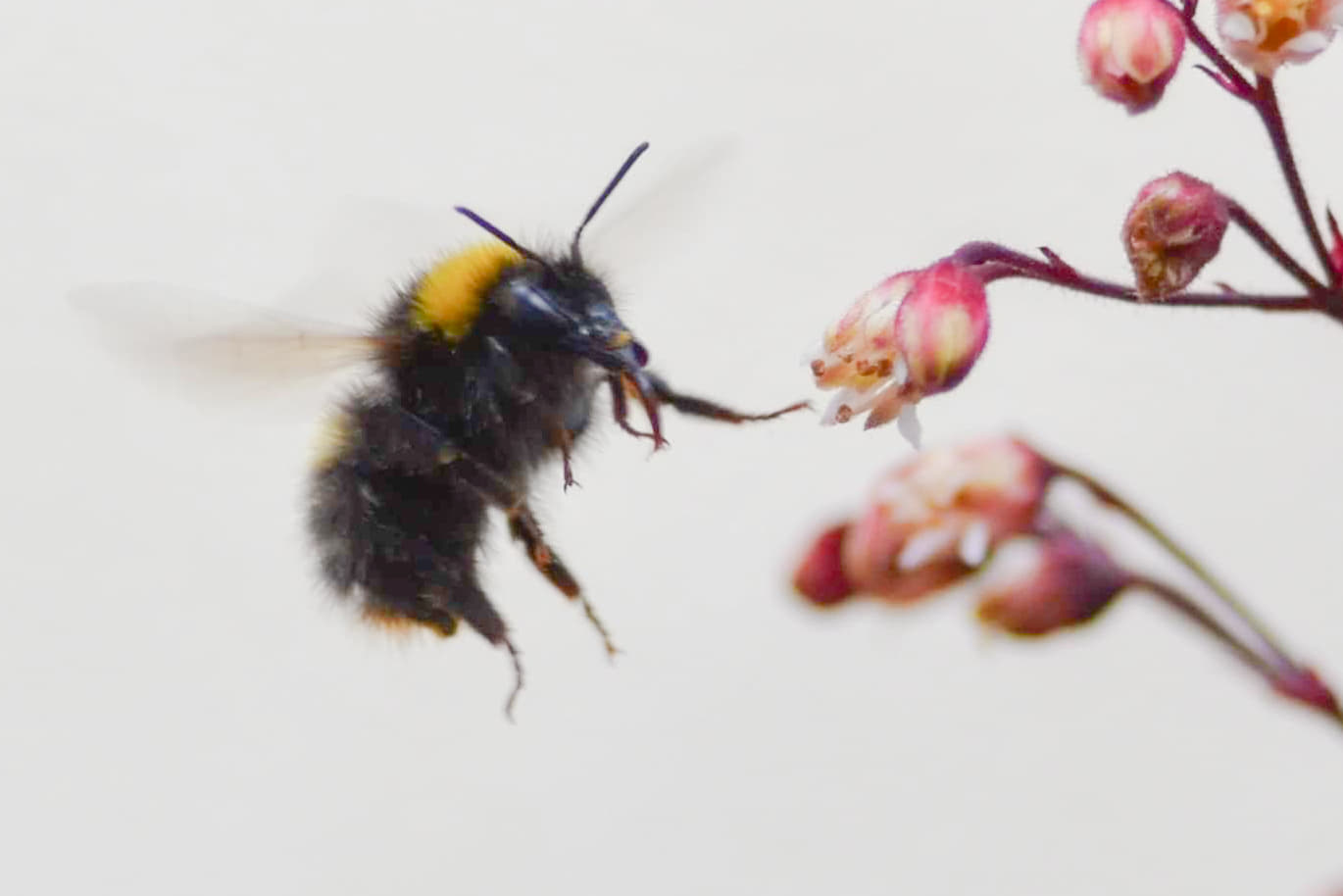 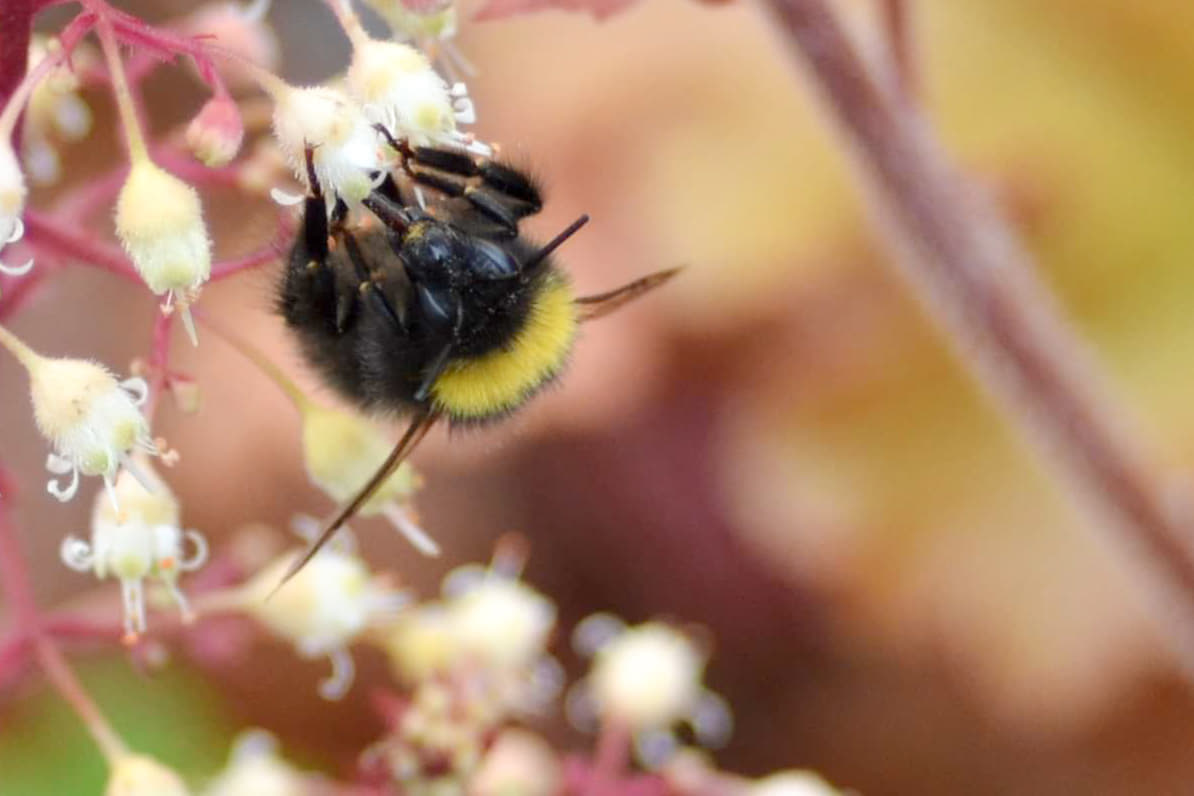