Yesterday was an exciting day for deliveries. First, we had the delivery of a new sunhat from my aunty for Alice. A reversible hat with bees on one side and ladybirds on the other. 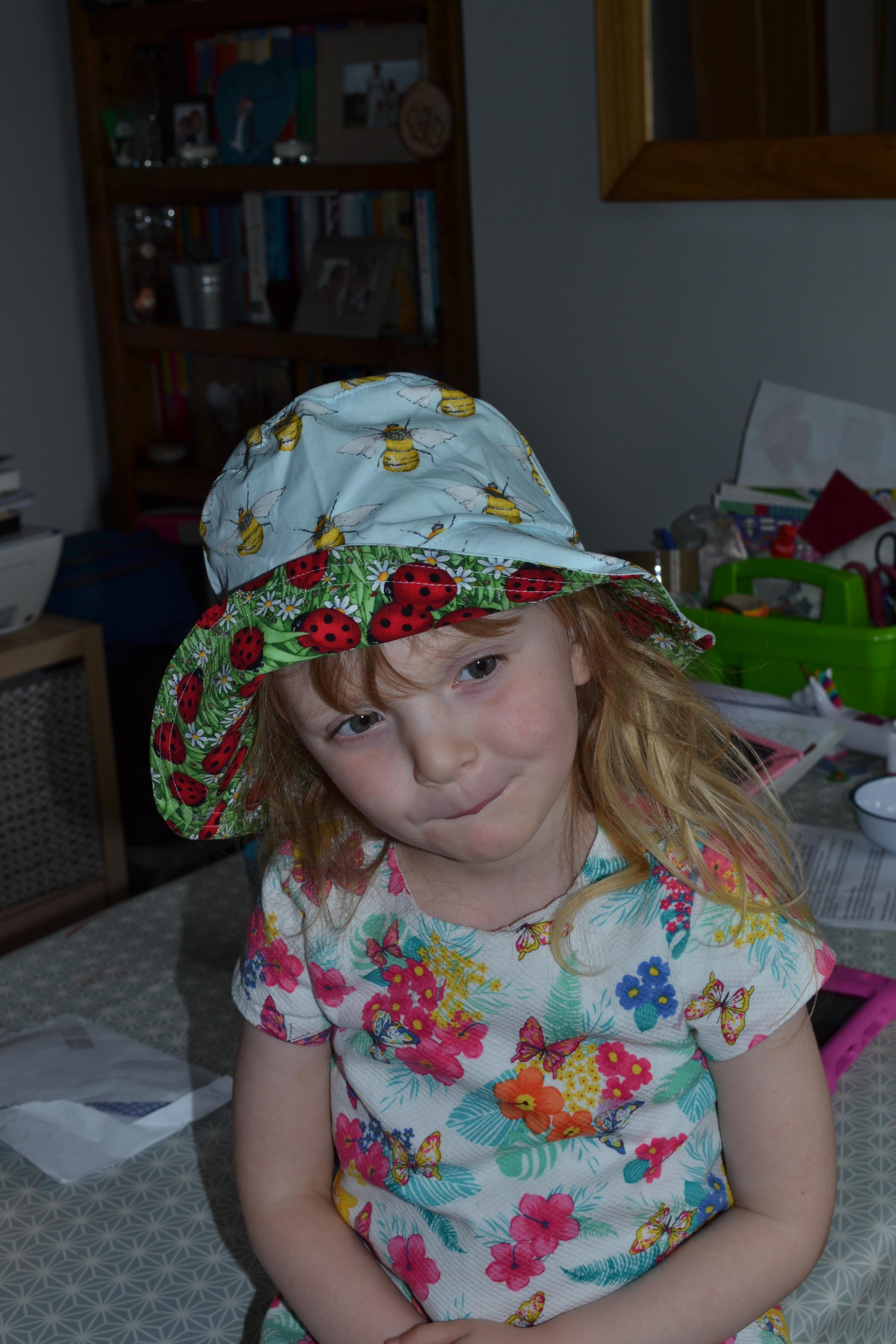 The second delivery was from insect lore. I’d ordered in one of the butterfly kits. However, due to Corona, they didn’t have the one we ordered so we got an upgrade and got a few extras in our set. 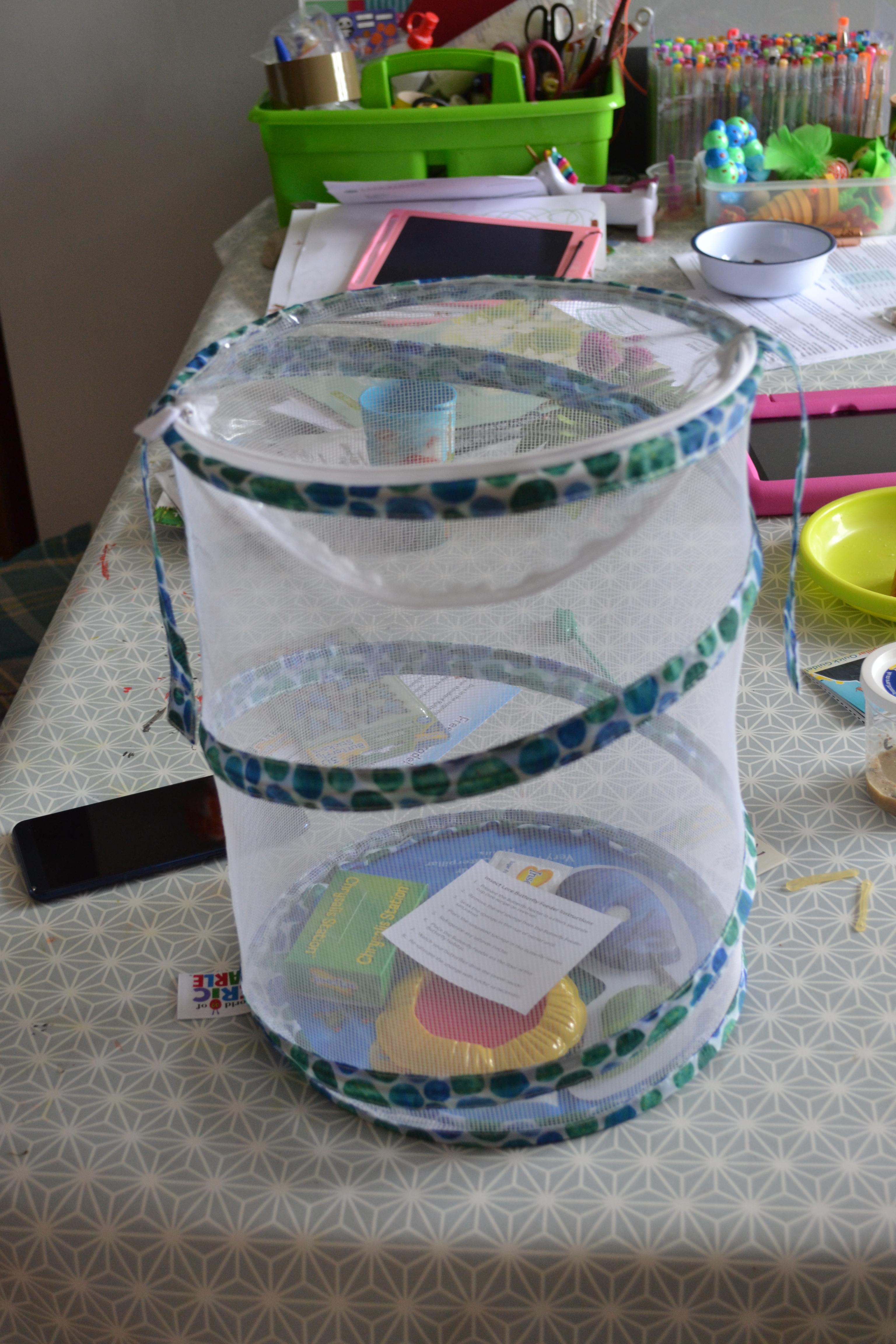 We’ve got two insect feeding stations to try. These are just dishes essentially with sponges to put the butterfly food on. Sugar water will attract butterflies and other insects if you fancy trying it, just like our bee dish. 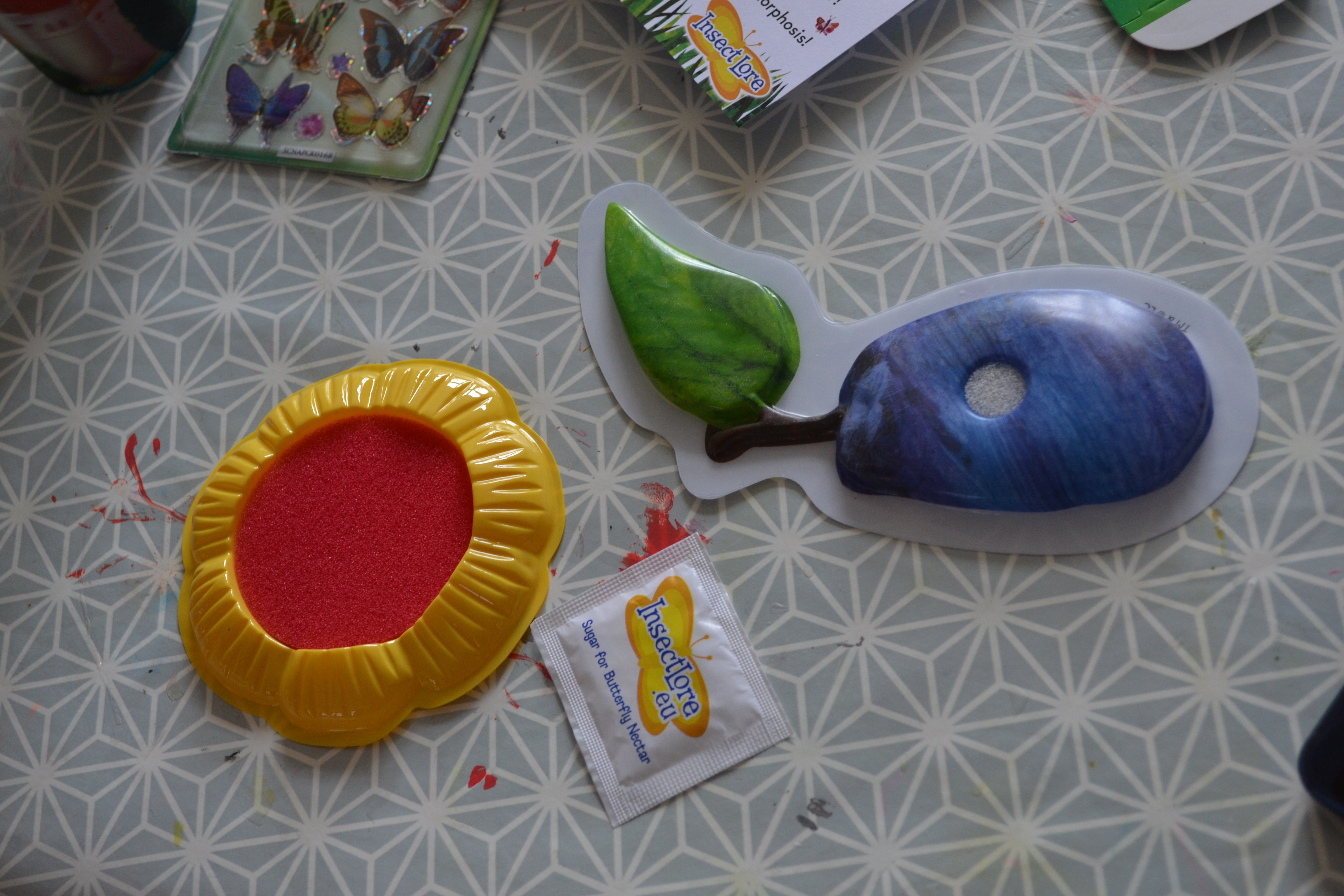 In previous years I’ve seen people criticize these kits as cruel and reducing a live animal to the level of a toy. I think this is an unfair claim. It is only reduced to the level of a toy that the children look at and then move on if you treat it as such. This was very much an exciting event the caterpillars arriving. She watched them carefully and they’ve been handled carefully. I think it’s worth keeping in mind that most of my nations favourite naturalists, people like David Attenborough and Chris Packham, will have been egg collectors or used the killing jar to collect butterflies. While these aren’t practises we would do anymore it was this hands-on experience that gave these people their knowledge of the natural world. And from there they have helped countless species. The caterpillars included are painted ladies. These migrate north and south. When I’ve bought these sets I’ve tried to time it so they will be released as the butterflies would be migrating through our country so they aren’t just released into the cold to die. Last year was a bumper year for them so we’ll see how many come through this year. 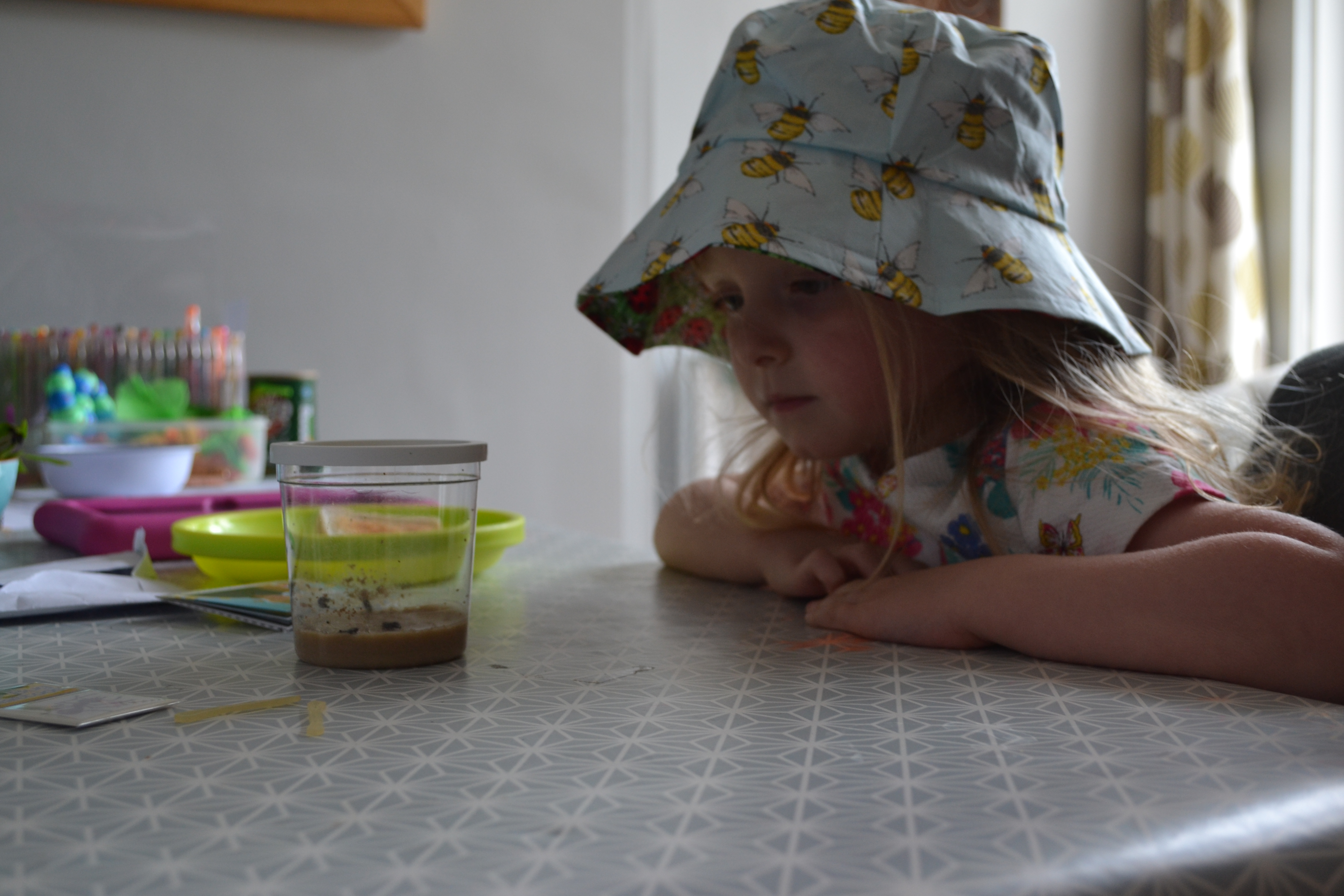 It also came with a mechanical toy butterfly. You wind it up with the elastic band and then release it to flap. Alice was fascinated by it. That was probably an hours worth of entertainment her working out the mechanism and seeing how to make it fly best. 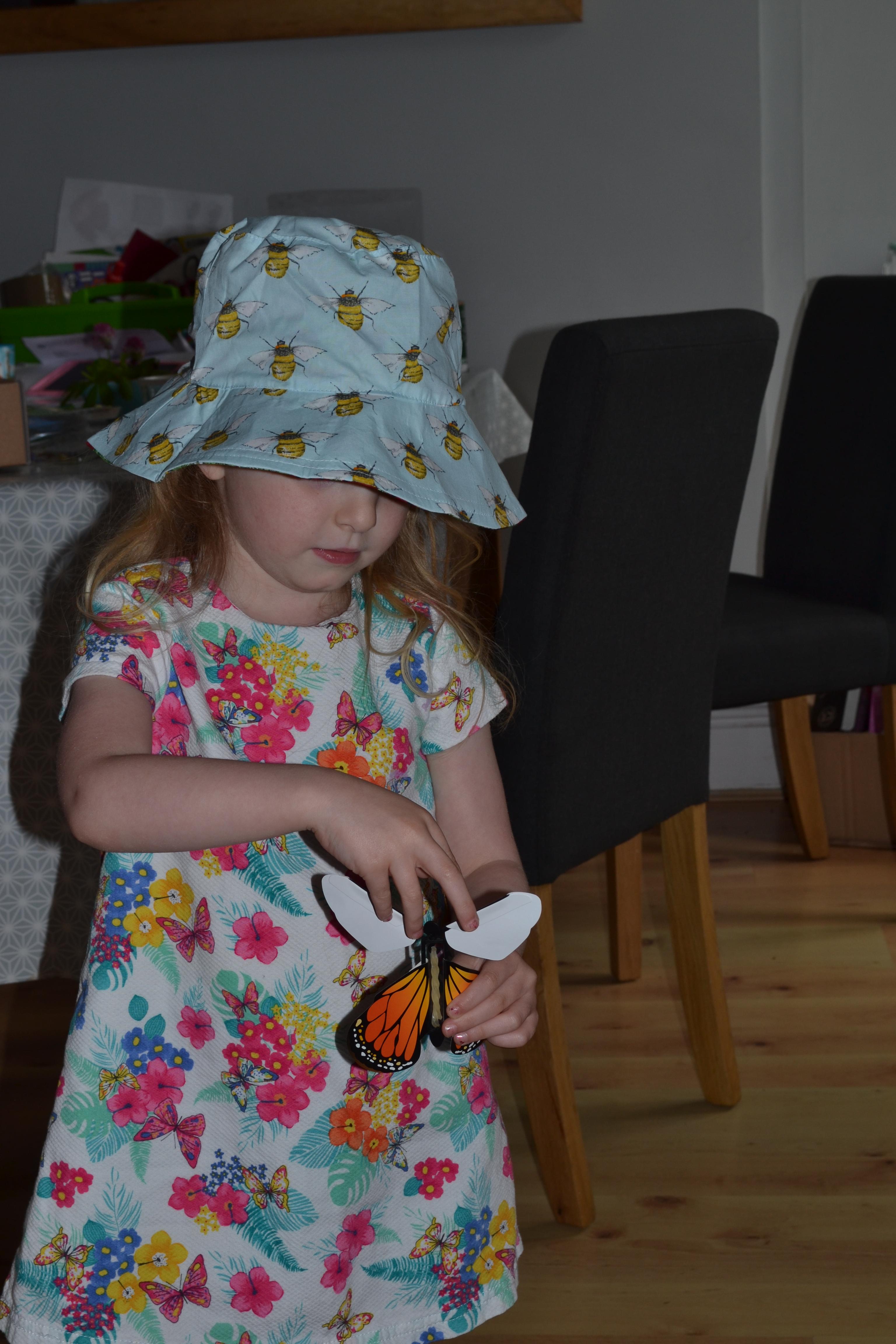 And that was enough time inside. Thunderstorms had been predicted on the weather forecast so I wanted to get her out for a bit in case we were stuck in. The National Children’s Gardening Week Facebook account had set a competition to create wild art. I gave Alice the brief and left a few bits out and then left her to it. 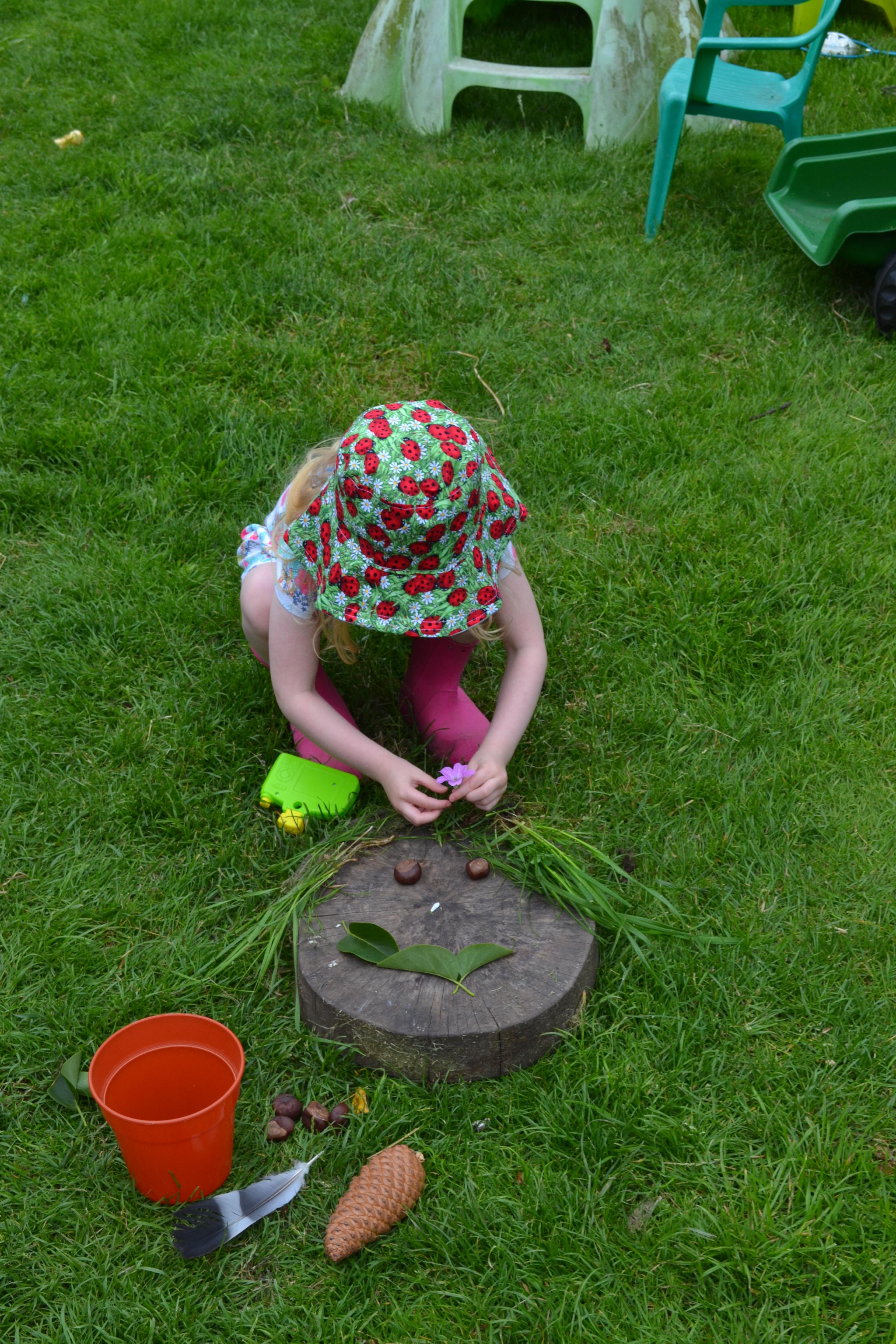 Lots of grass for hair. 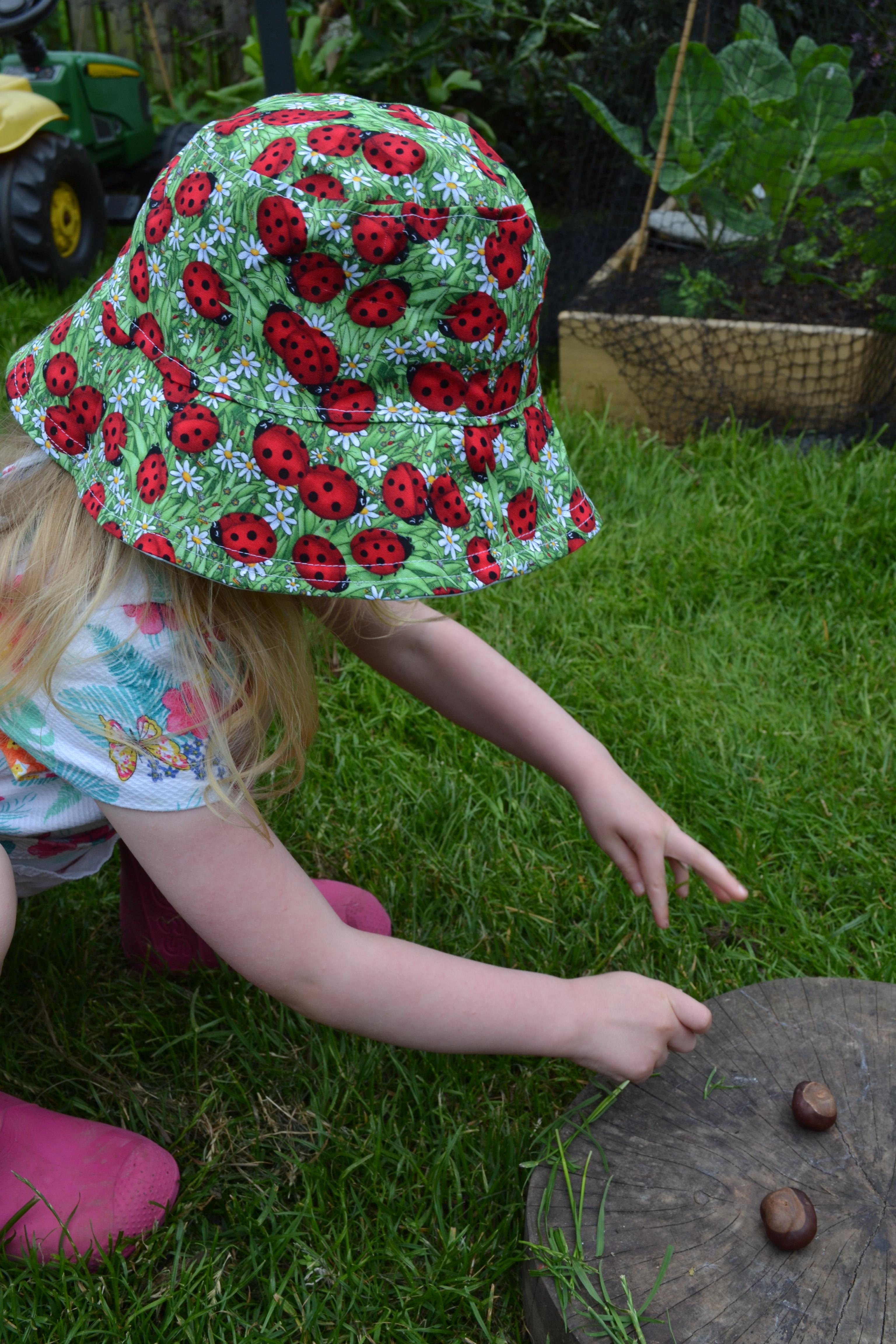 She made a face complete with a bow made from the red leaves, a hair clip from the petals and lipstick made with rose petals. 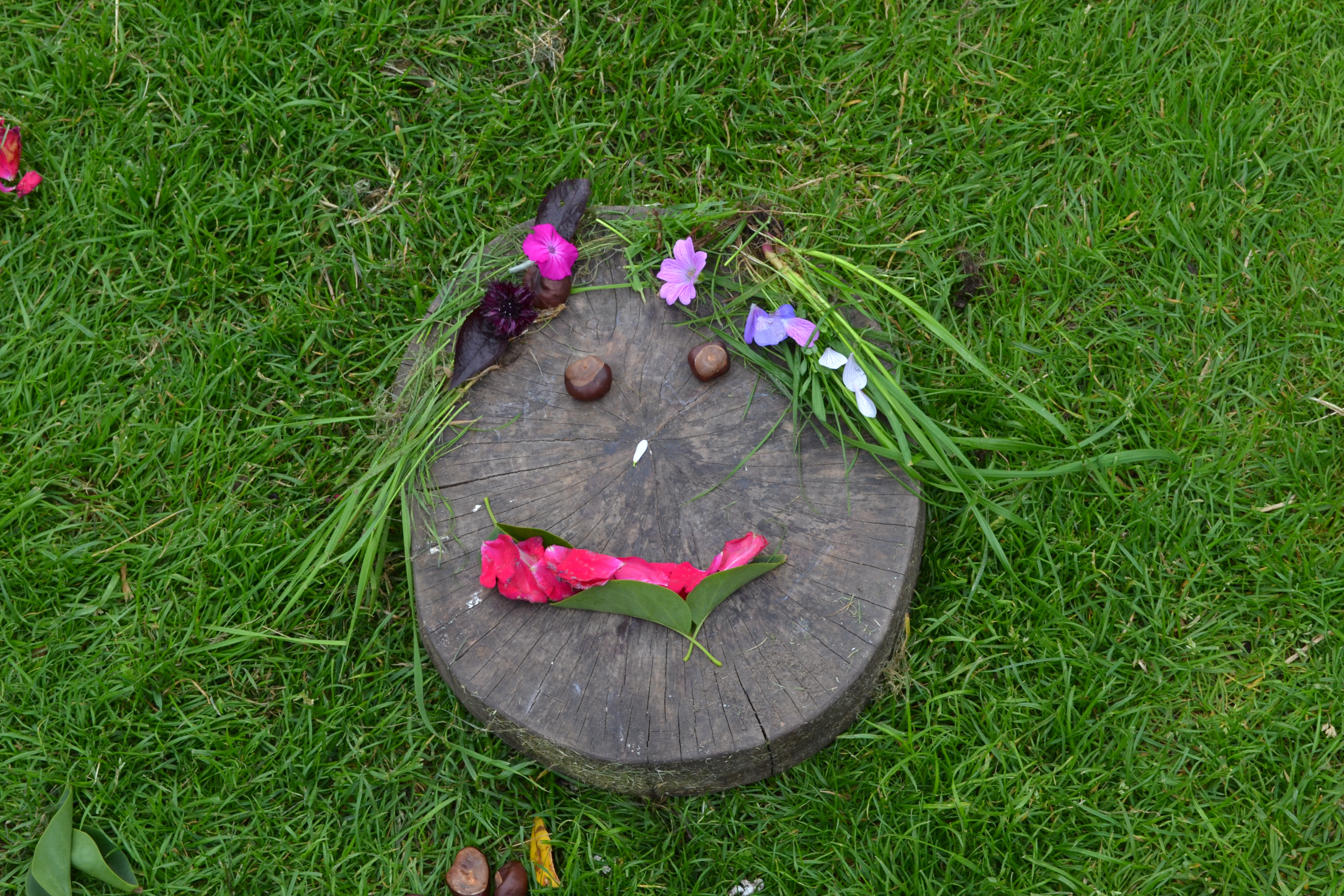 Then we tried the first of our long-awaited strawberries. Alice has been checking on these daily to see how they’ve been coming on. They’ve been getting redder over the week and I thought it was time to try before the birds take a fancy to them. We haven’t got many but they were very nice. All the better for having been grown by her. A bit of a lazy day staying at home but we’ve had quite a few good walks out this week. We’re almost at the end of this years 30 days so I’ll be trying to make them exciting ones before we slow the pace down to our normal nature involvement. 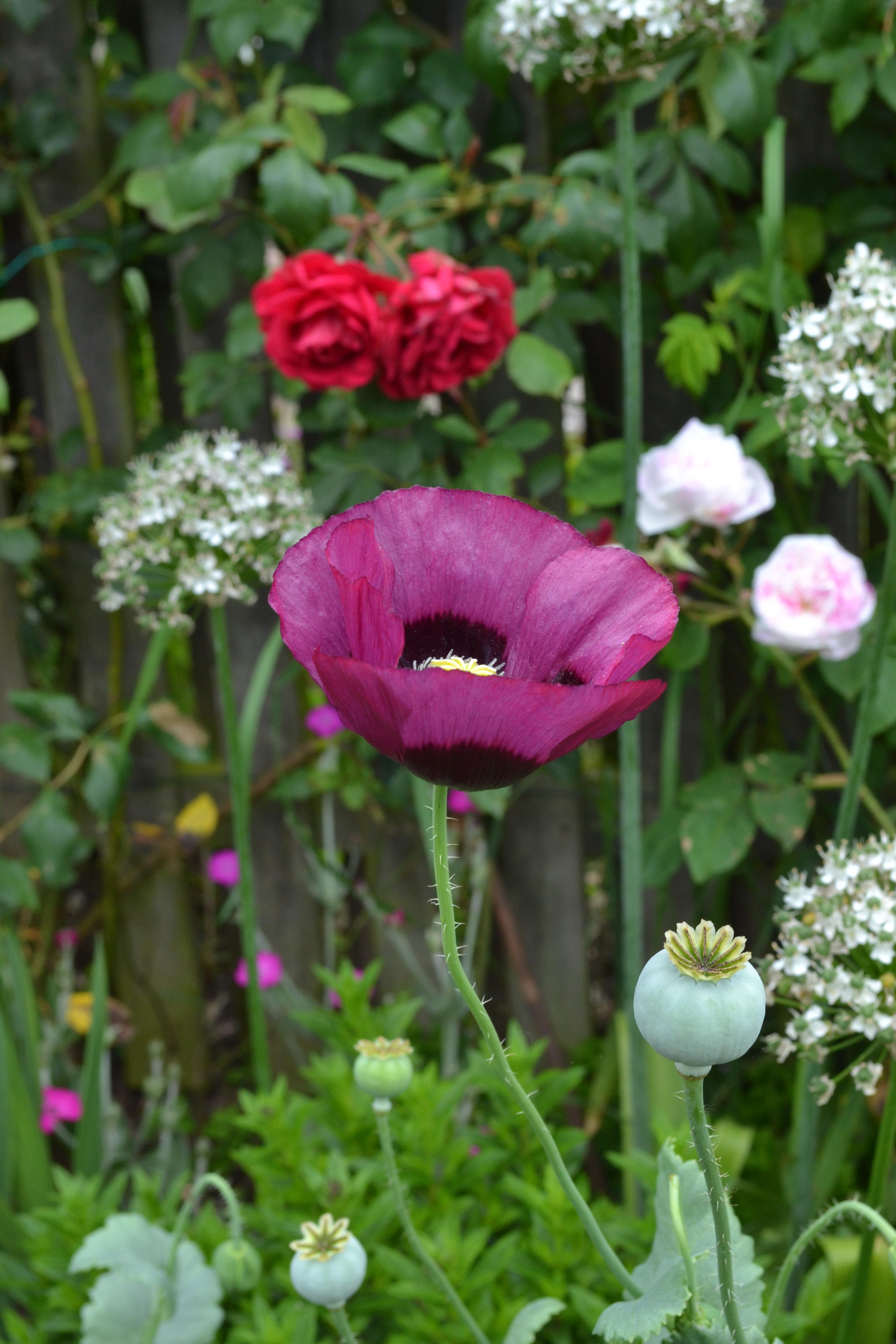