Today for 30 days wild I thought we’d help the birds. A lot of the focus this year has been led by Alice which has led to a lot of time on butterflies and ladybirds but I fancied a change today.

We set up some log cuts on the lawn as plates and then Alice pretended to make meals for them. So we’ve got a plate of ‘sausages and chips’ and a plate of ‘cakes’ for pudding. 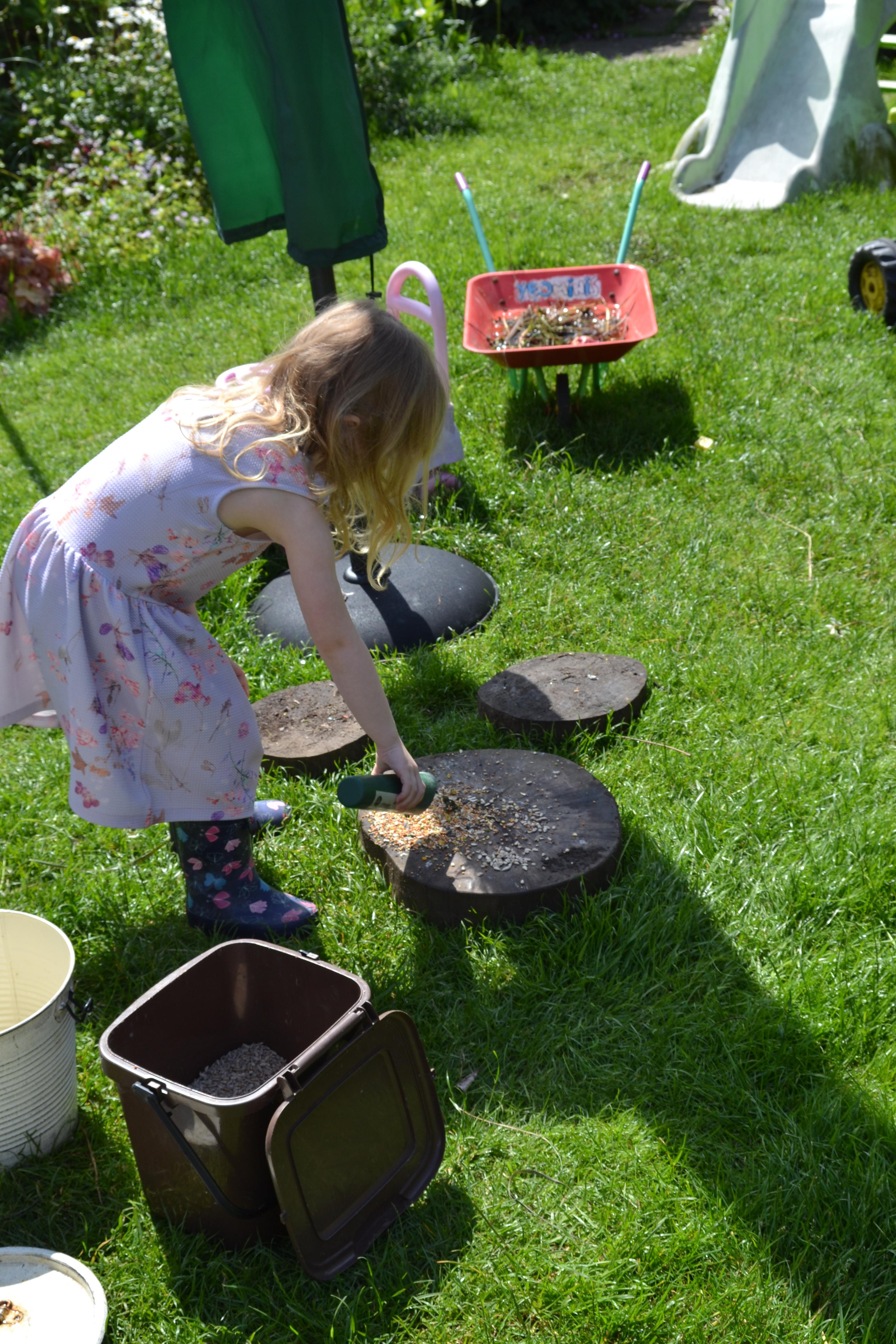 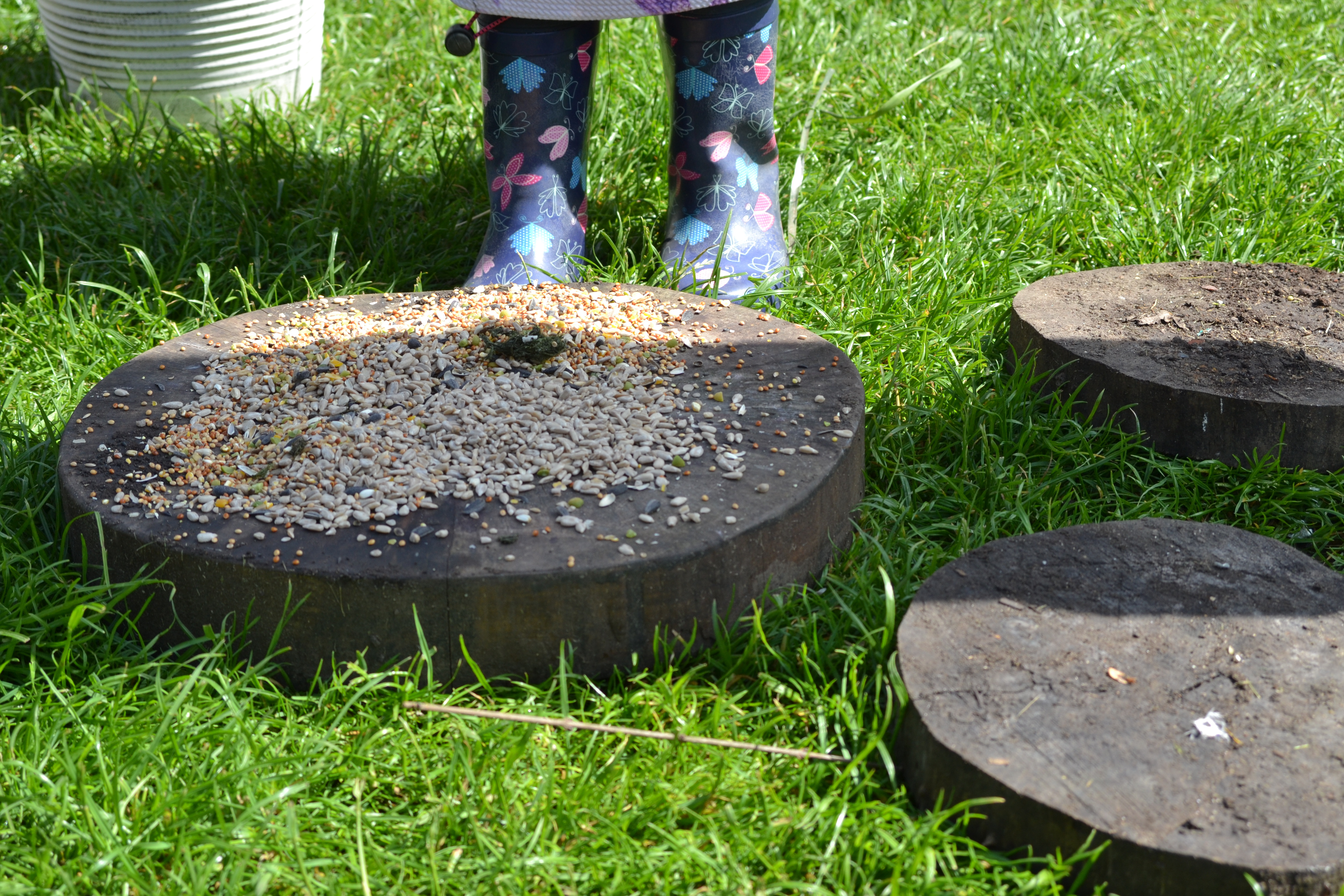 She didn’t have the patience to wait today and see what was going to visit. So off she went to dance around. 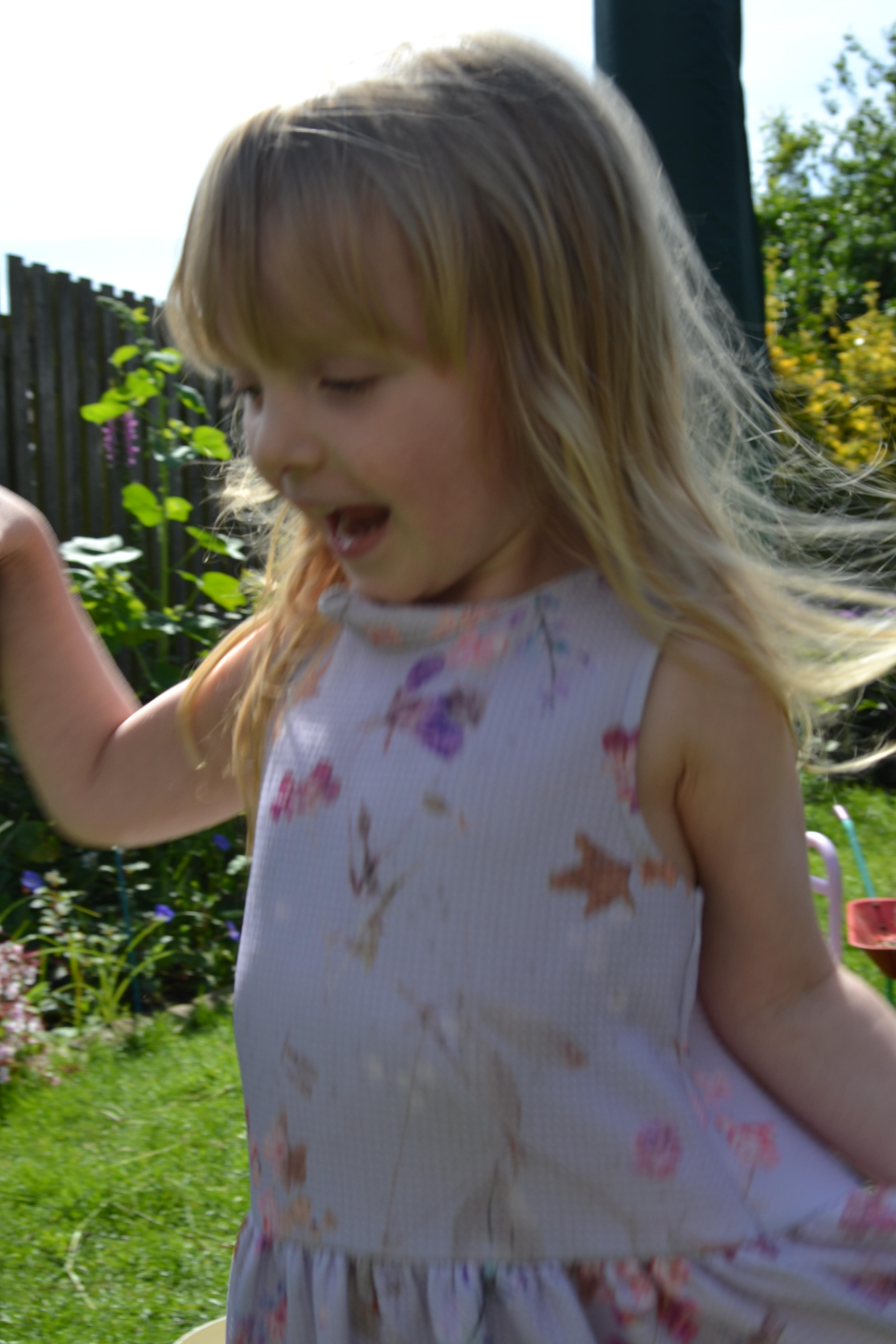 I had saved some of the Bishop’s Children tubers I grew from seed last year and these have been the first of the larger dahlias to flower. She was happy it had come out in her favourite colour. 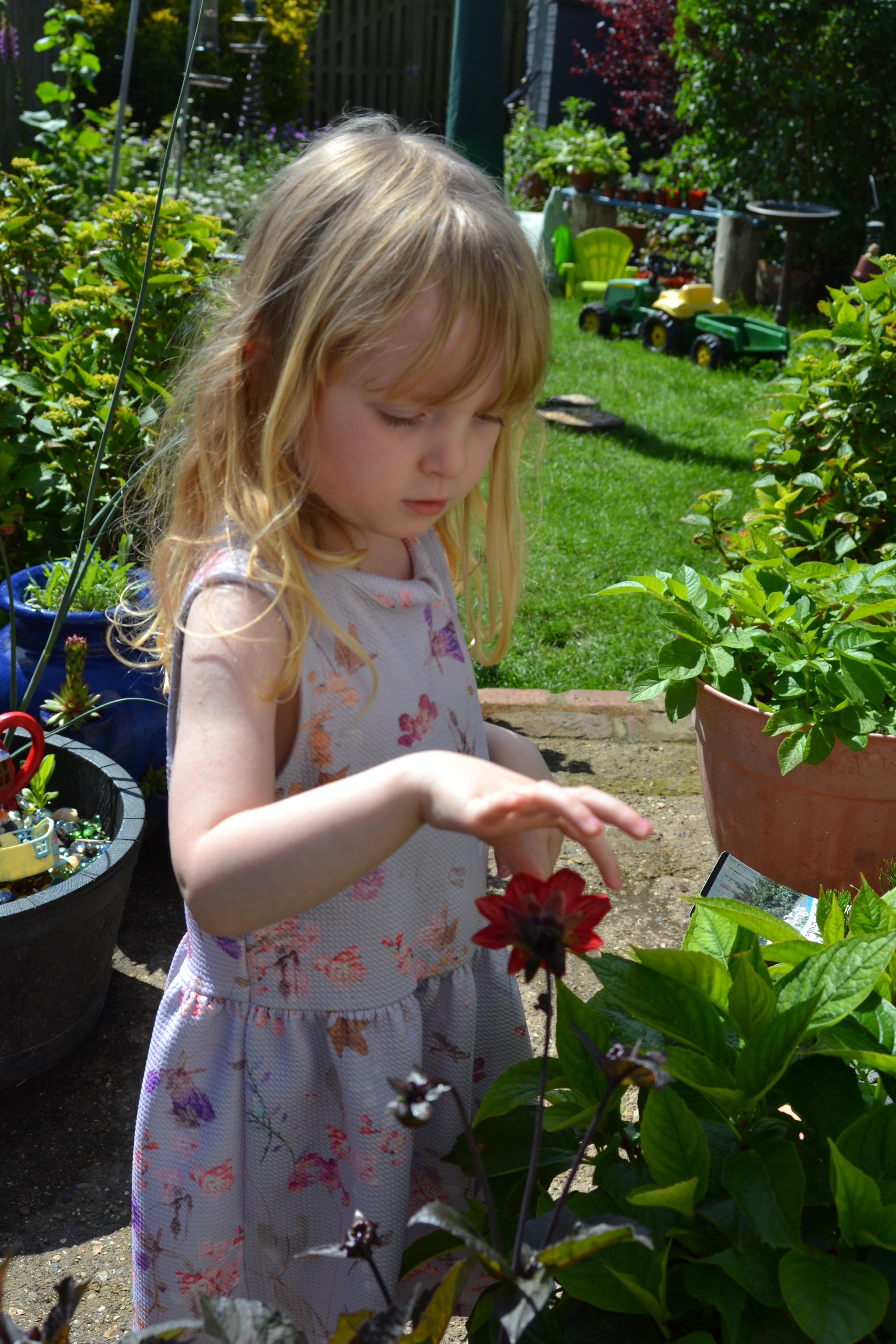 The seagull chick has been looking pretty sorry for itself. The parents haven’t been feeding it. Local rescue centres aren’t equipped to deal with it. As one wing looked to be broken I was advised to get it to the vets to have it put down. The RPSCA took details to ring me back. It’s been attacked by some of the gulls and has a few patchy areas now that the flies are attracted to. 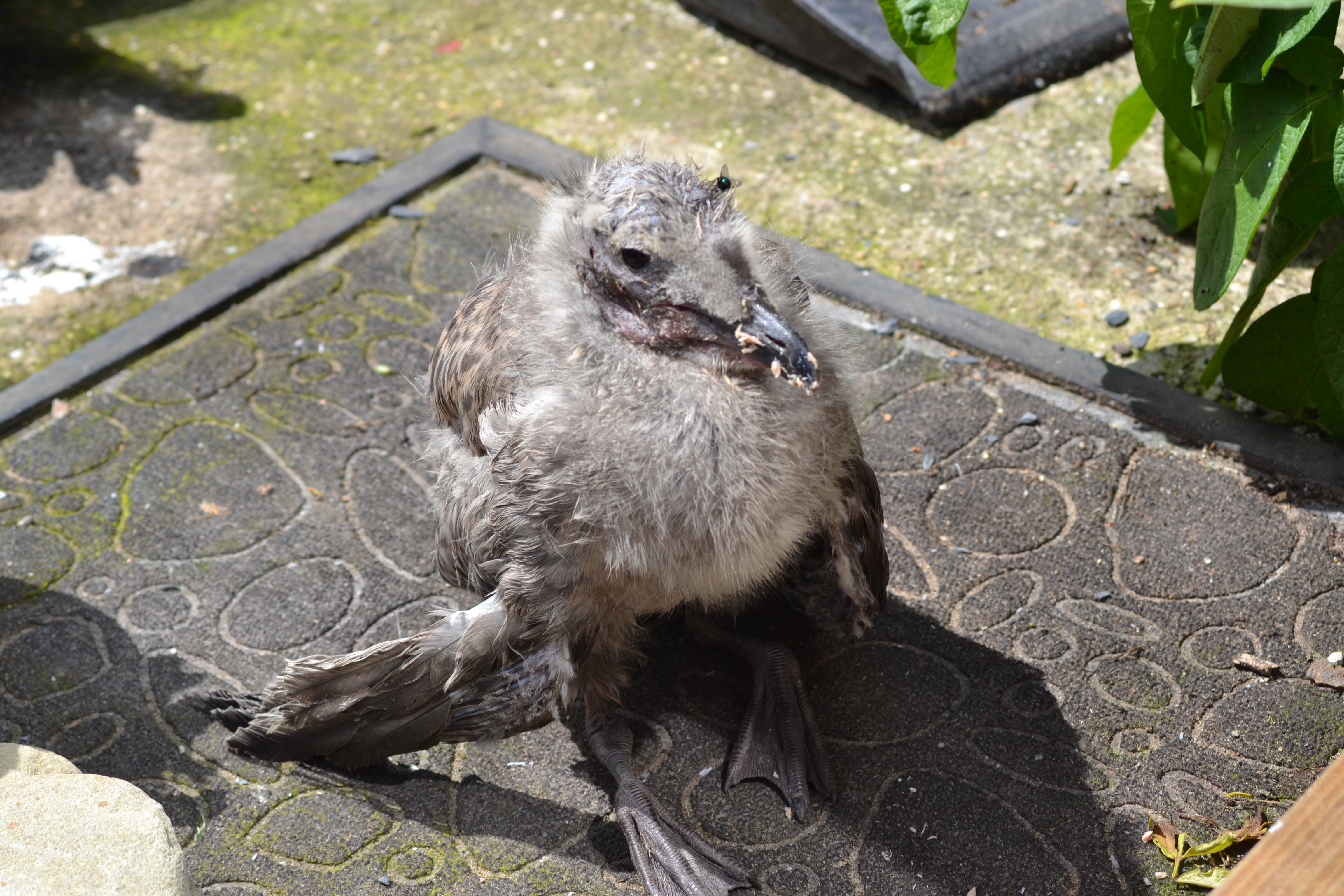 While I was waiting, the seagulls came to attack it again, so armed with gauntlets I moved it to safety. The RPSCA came along to collect it to take to the vets. I don’t hold out high hopes but at least they might be able to stop it suffering for longer. 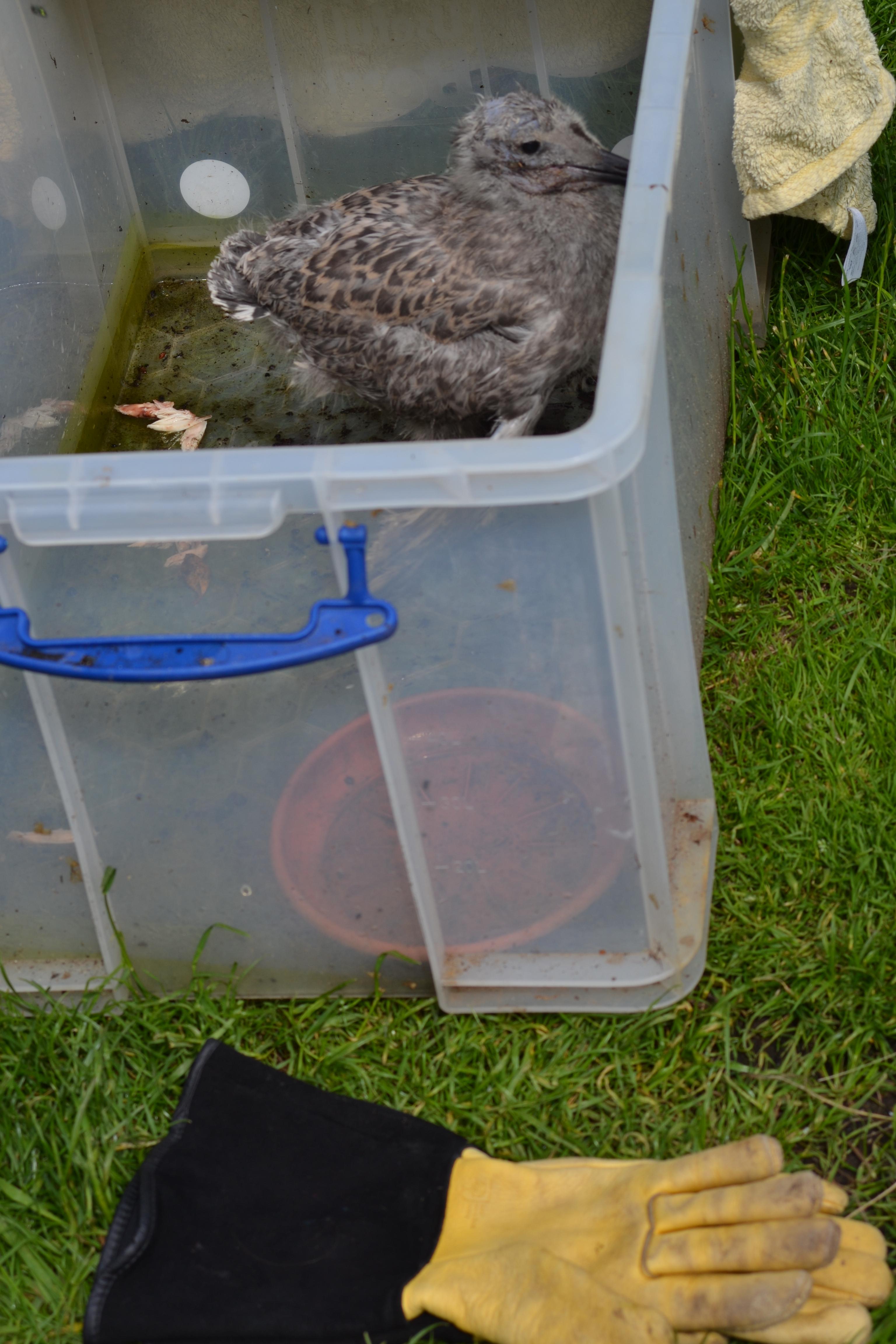 And we got a few visitors after the chick drama for Alice’s feast. 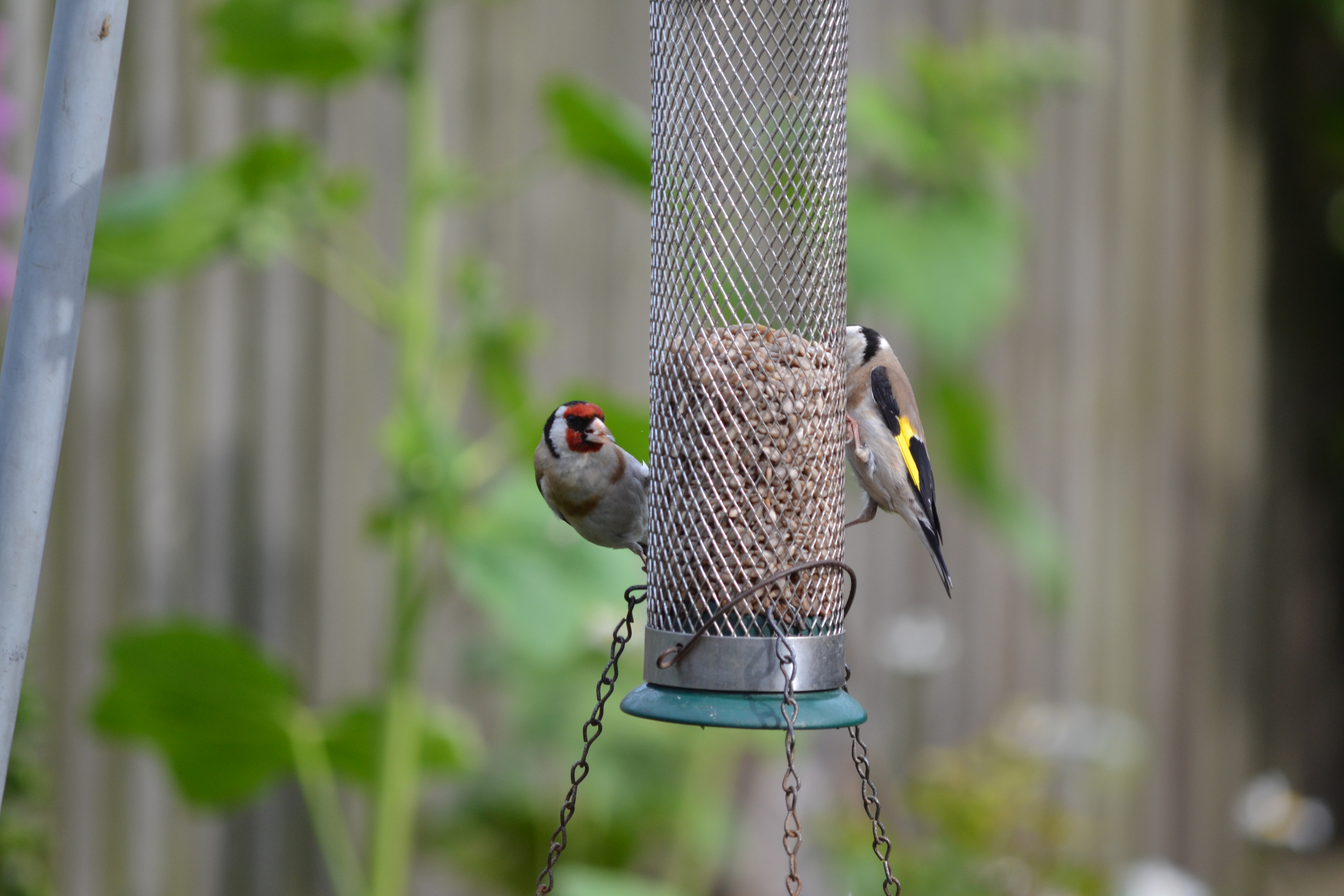 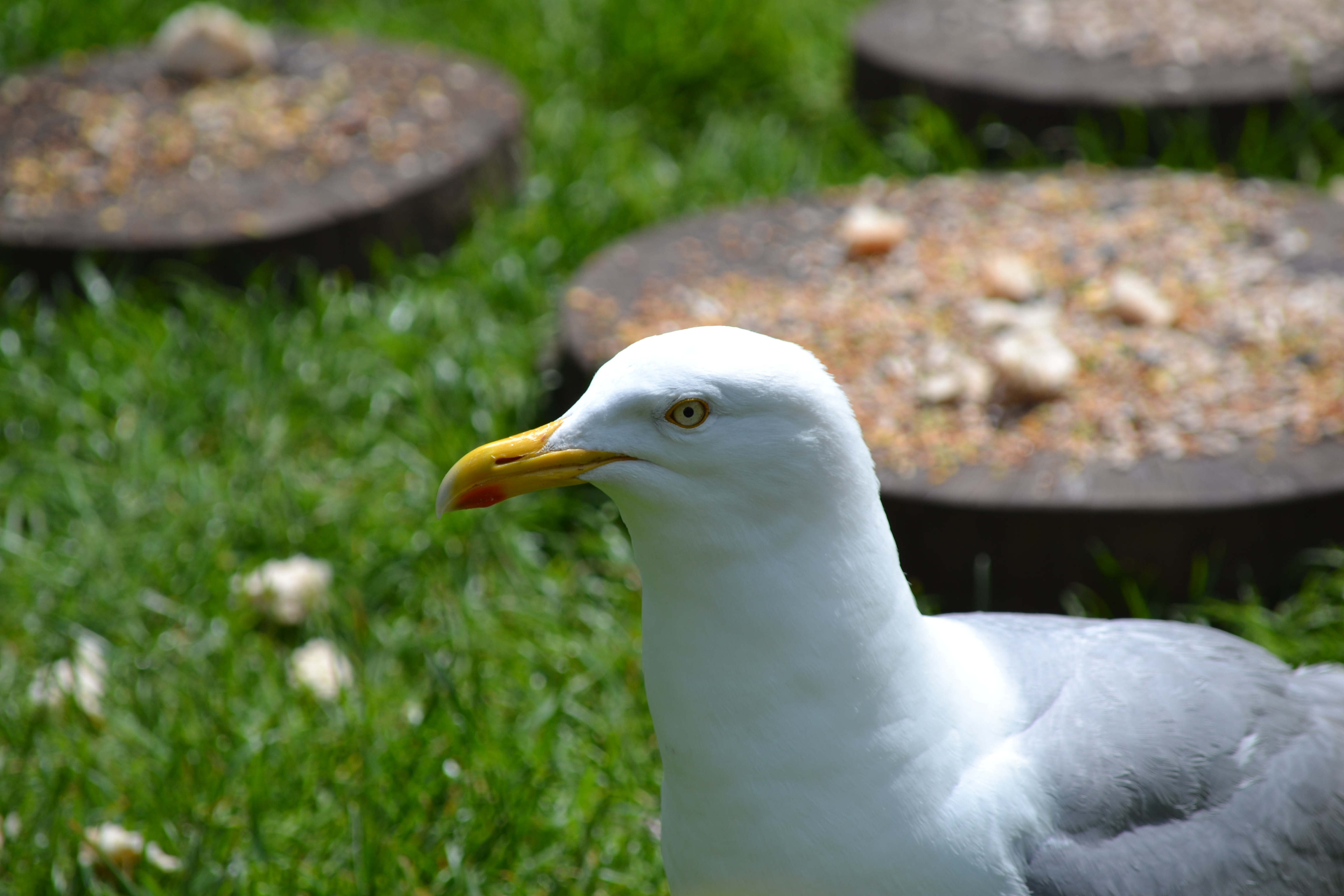 Then taking a few plants round to the front garden later we spotted another seagull chick out of the nest in our neighbours front garden. This one looks in a better state so hopefully, the parents will look after it. So, it all starts again.