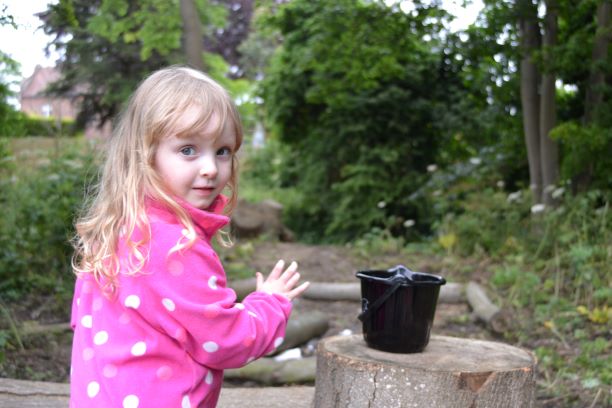 Having made the stick wands I thought we’d carry on with the magic theme and have a go at spell books and some time in the mud kitchen on potion-making. Alice had started playing this at the den and when we returned home so I was looking to extend her play with a few more ideas.

We started with the wonderful book spells by Emily Gravett. This book tells the tale of a little frog who finds a spellbook and dreams of being a handsome prince. Each page is split in half and can be turned to make different spells. The illustrations of lovely. The book design with the half pages is playful and the story is funny. It’s a good starting point for any magic lover. 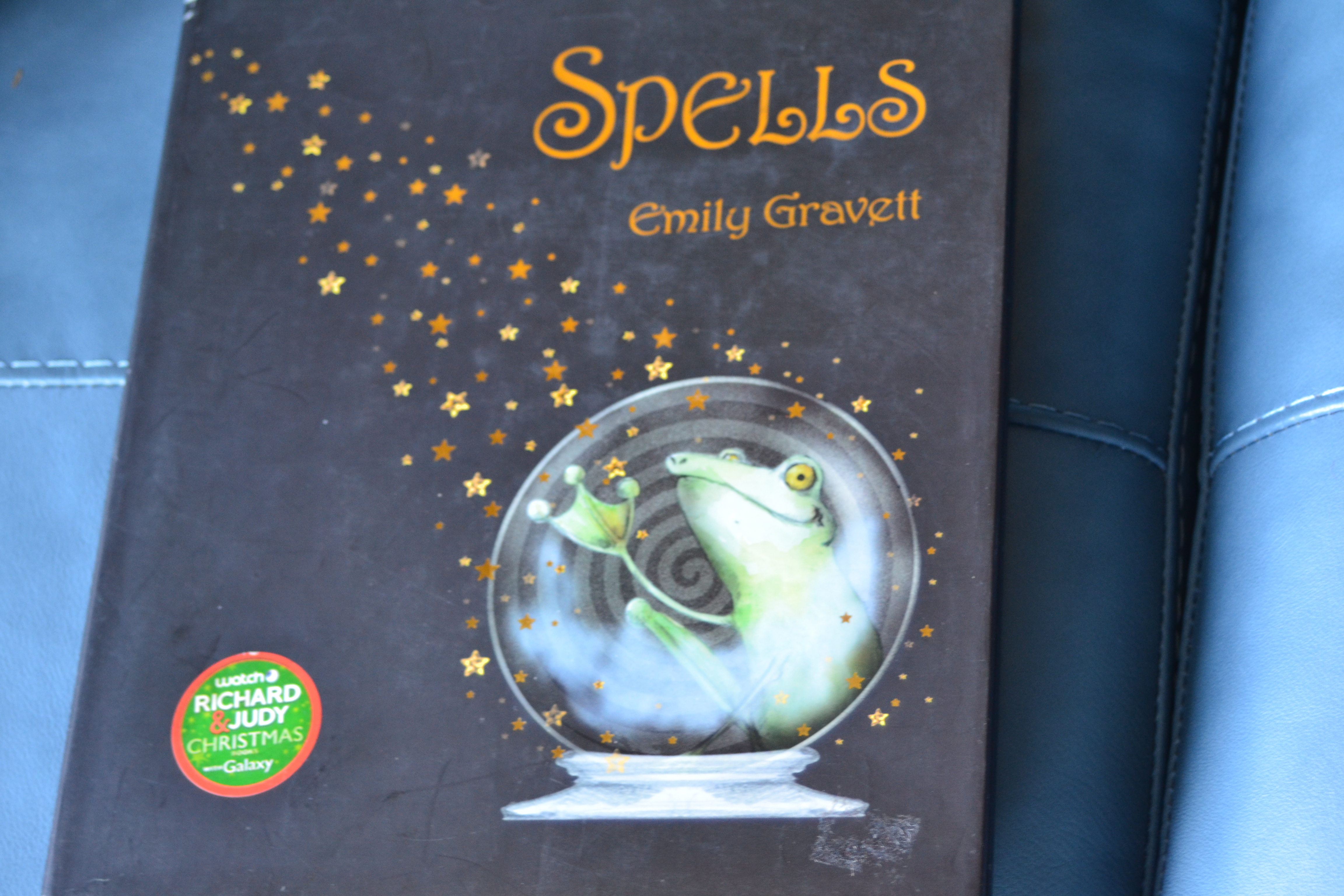 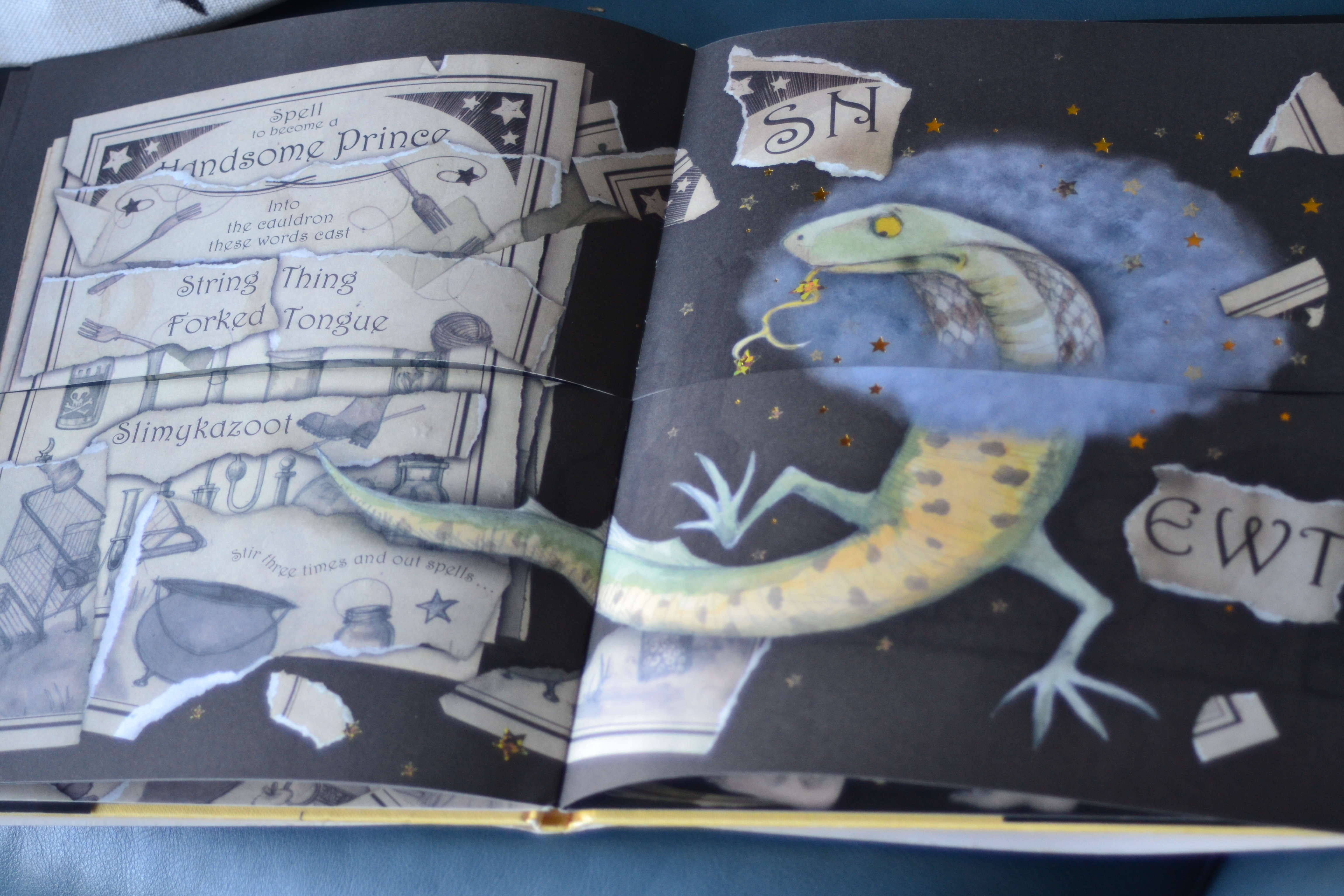 I did a bit of prep work on this project preparing some special paper to make a spellbook. I used two special spray paints to give the paper an aged effect but you could easily use tea bags or buy the paper that already looks aged. 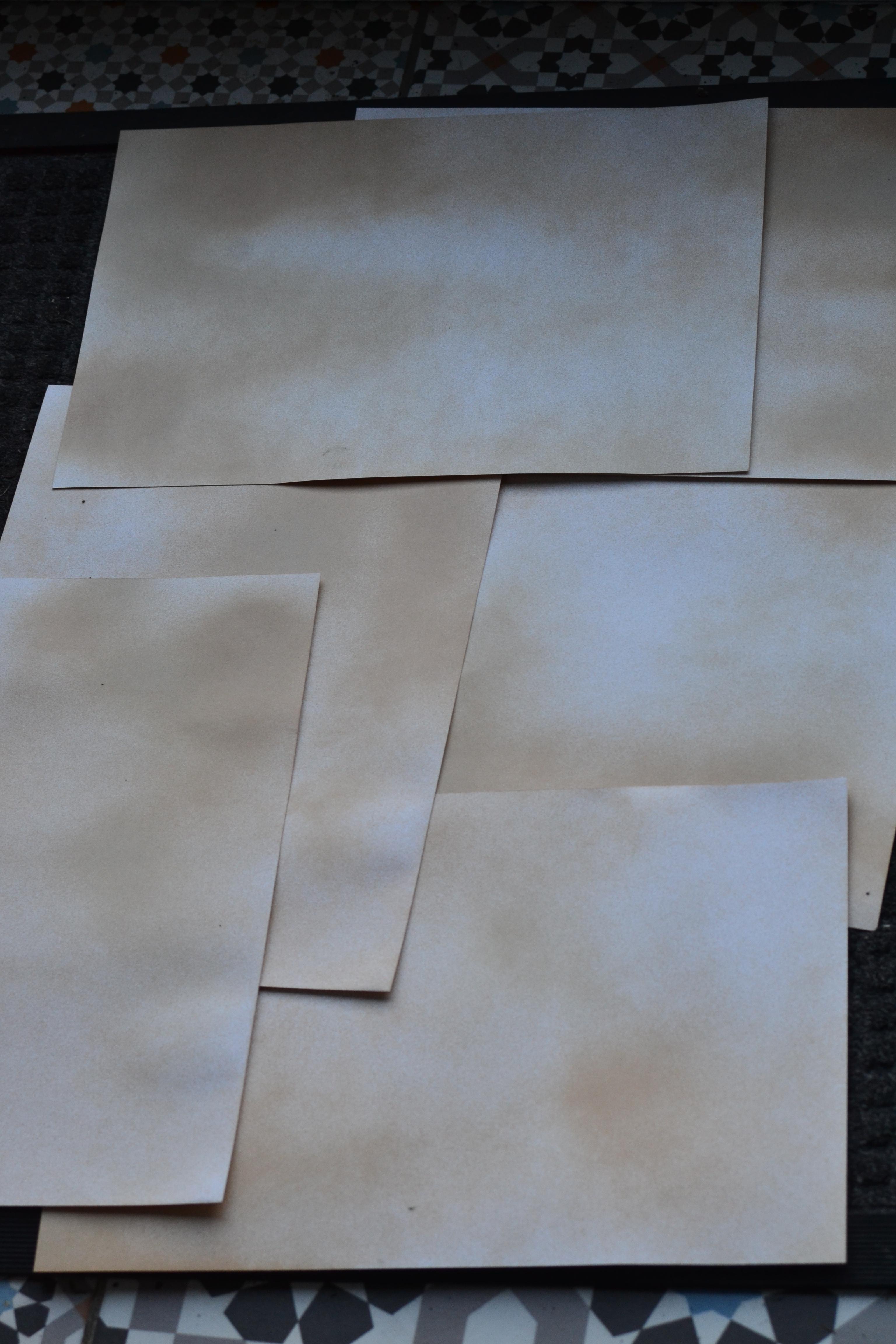 I then folded to construct a book. 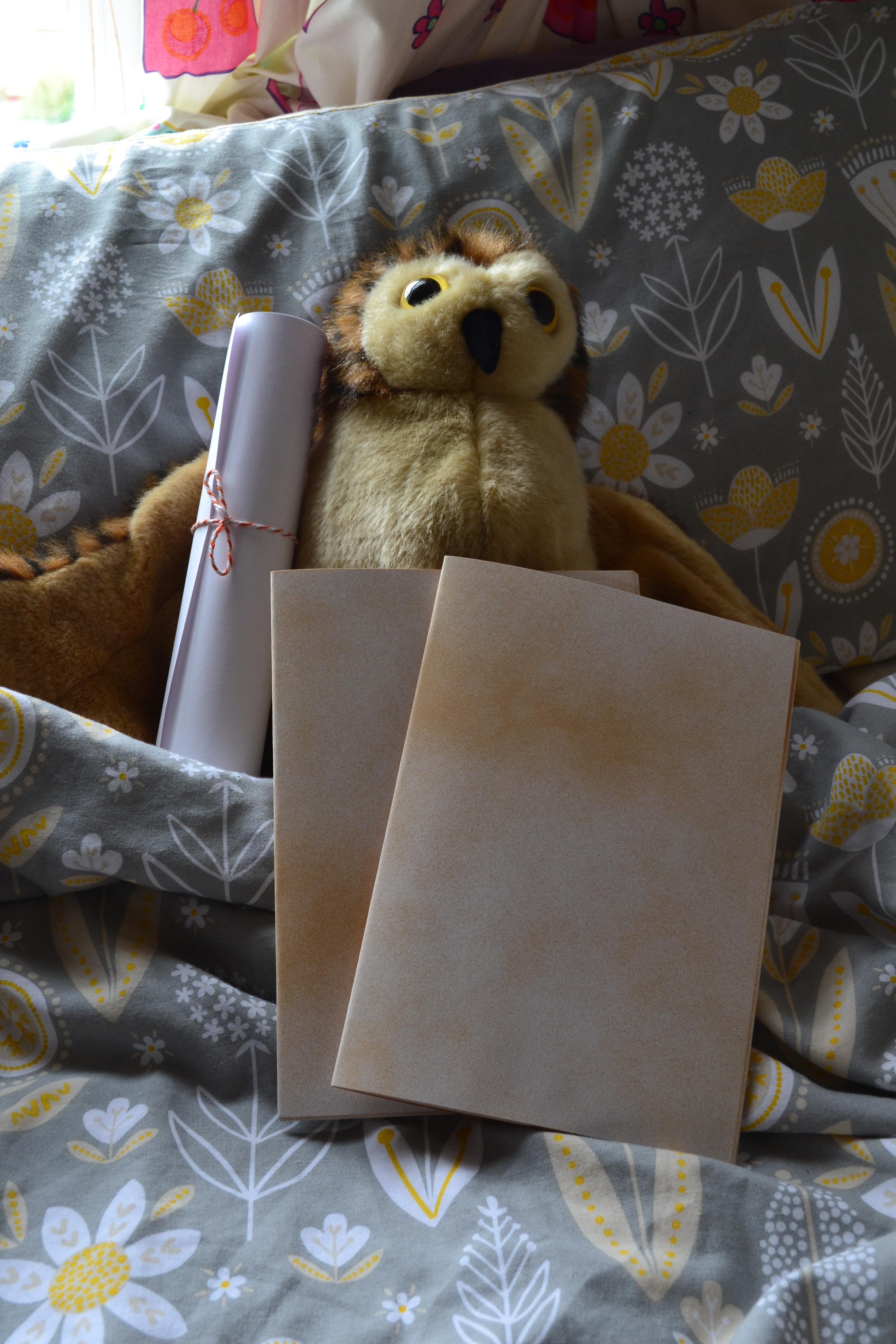 I’ve said before that I like to introduce tasks through letters. I thought this one would suit a scroll. Children often really buy into messages delivered this way. They are no longer doing a job for you. They are doing it for the person you’ve suggested whether that be a fairy or messages from the teddies. So long as you buy into it they go along with the silliness. So the plotline I created was that the witch had accidentally cast a spell on her book and she had made all the spells vanish. She needed our help to write some new spells. 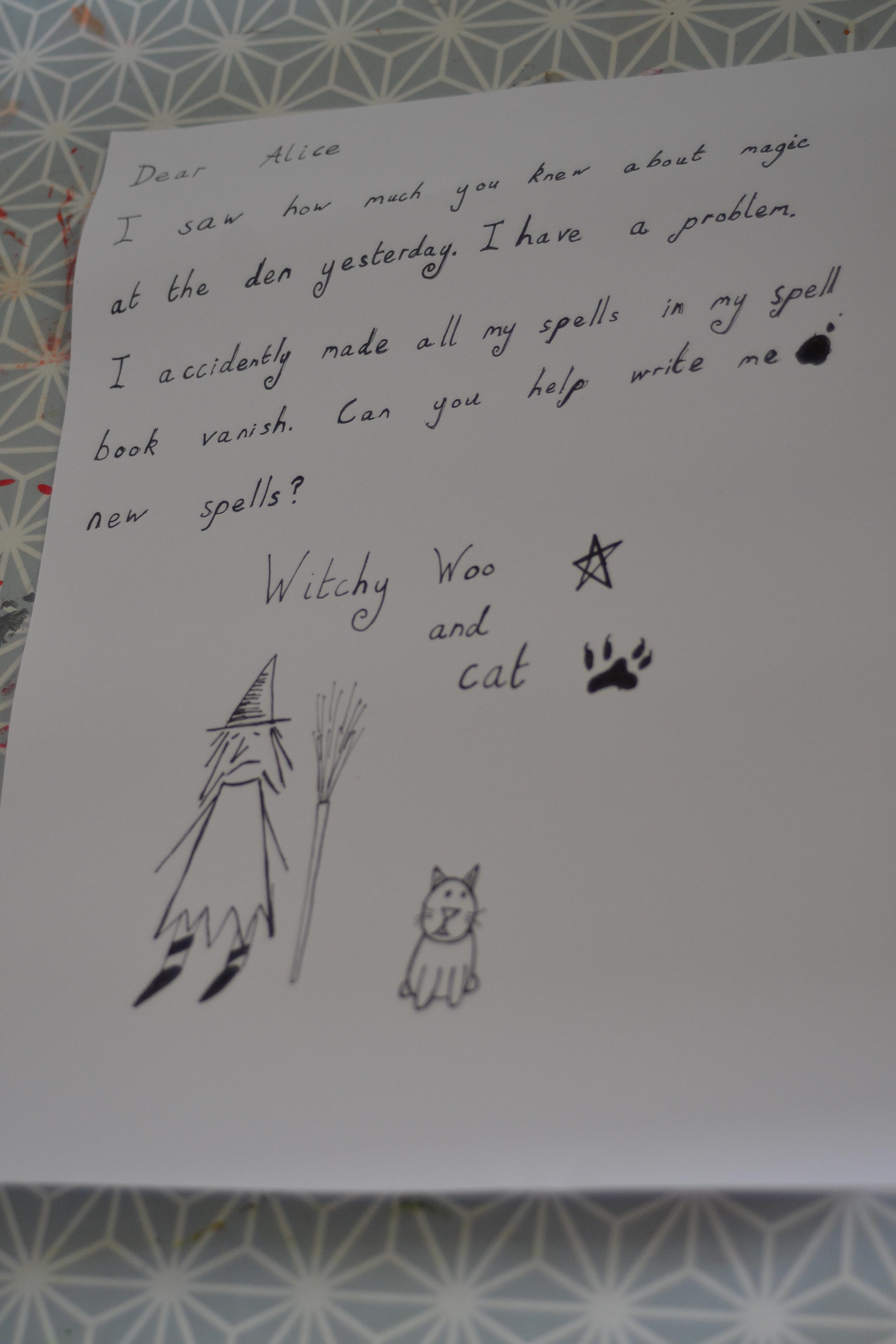 Then I engaged in a bit of roleplay pretending to hear a noise upstairs. She went upstairs to investigate and found the scroll delivered by the owl. She can pick out her name and the pictures are so she knew who it was from. She really bought into this one talking about the witch and how she was a good witch and adding lots of extra detail to the character of the letters sender. 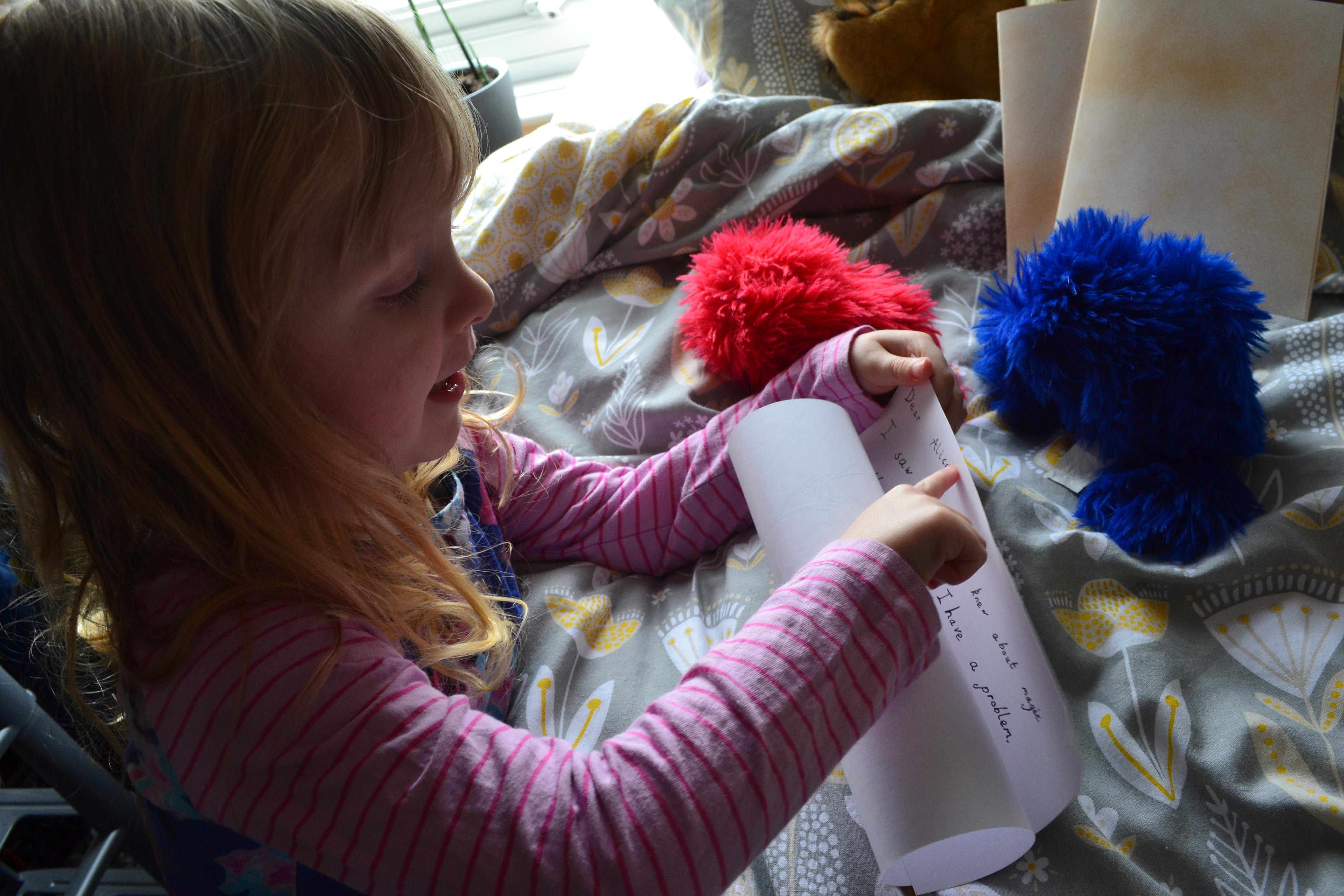 Back downstairs we worked on one spellbook together with me modelling a few examples to spark her own imagination. 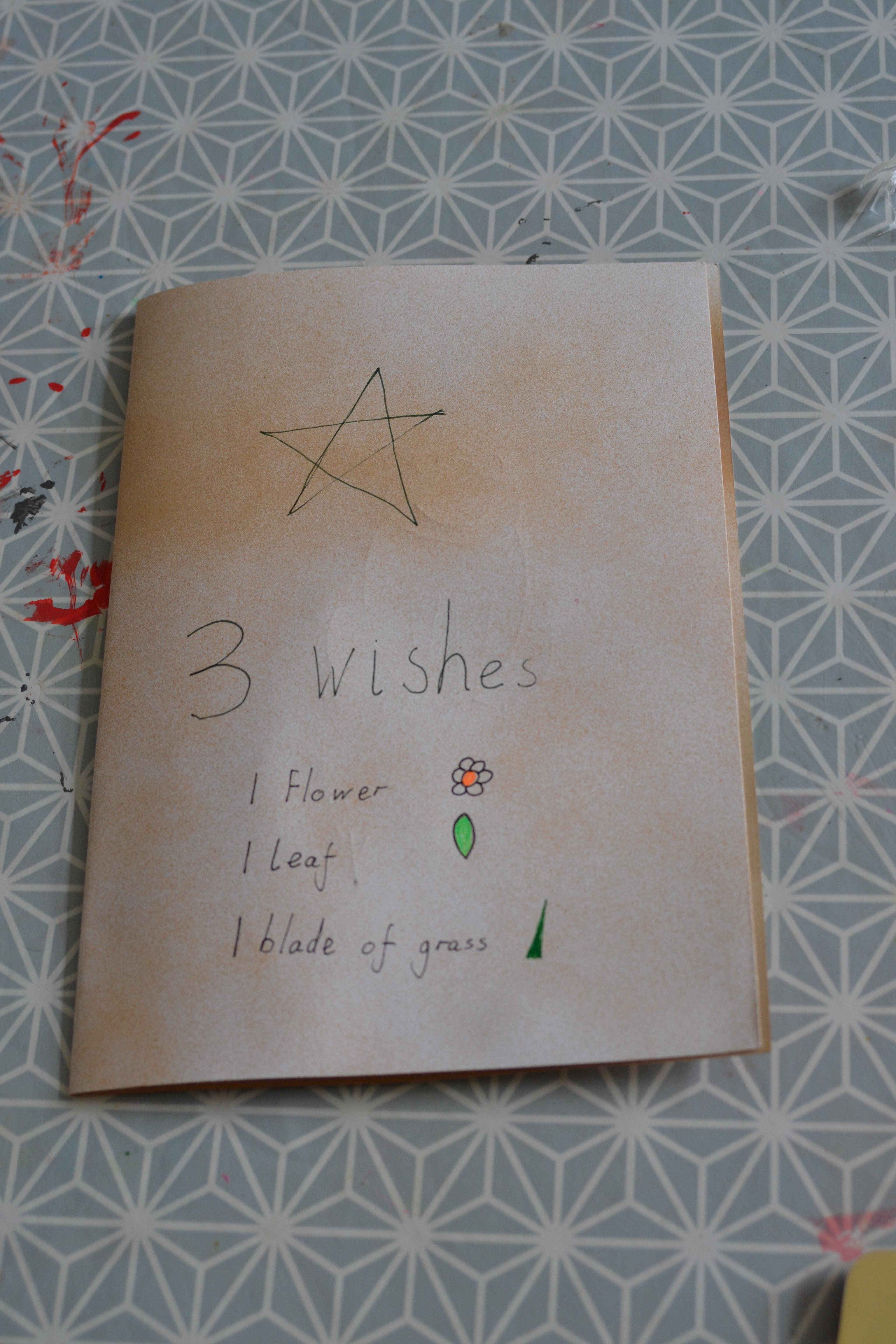 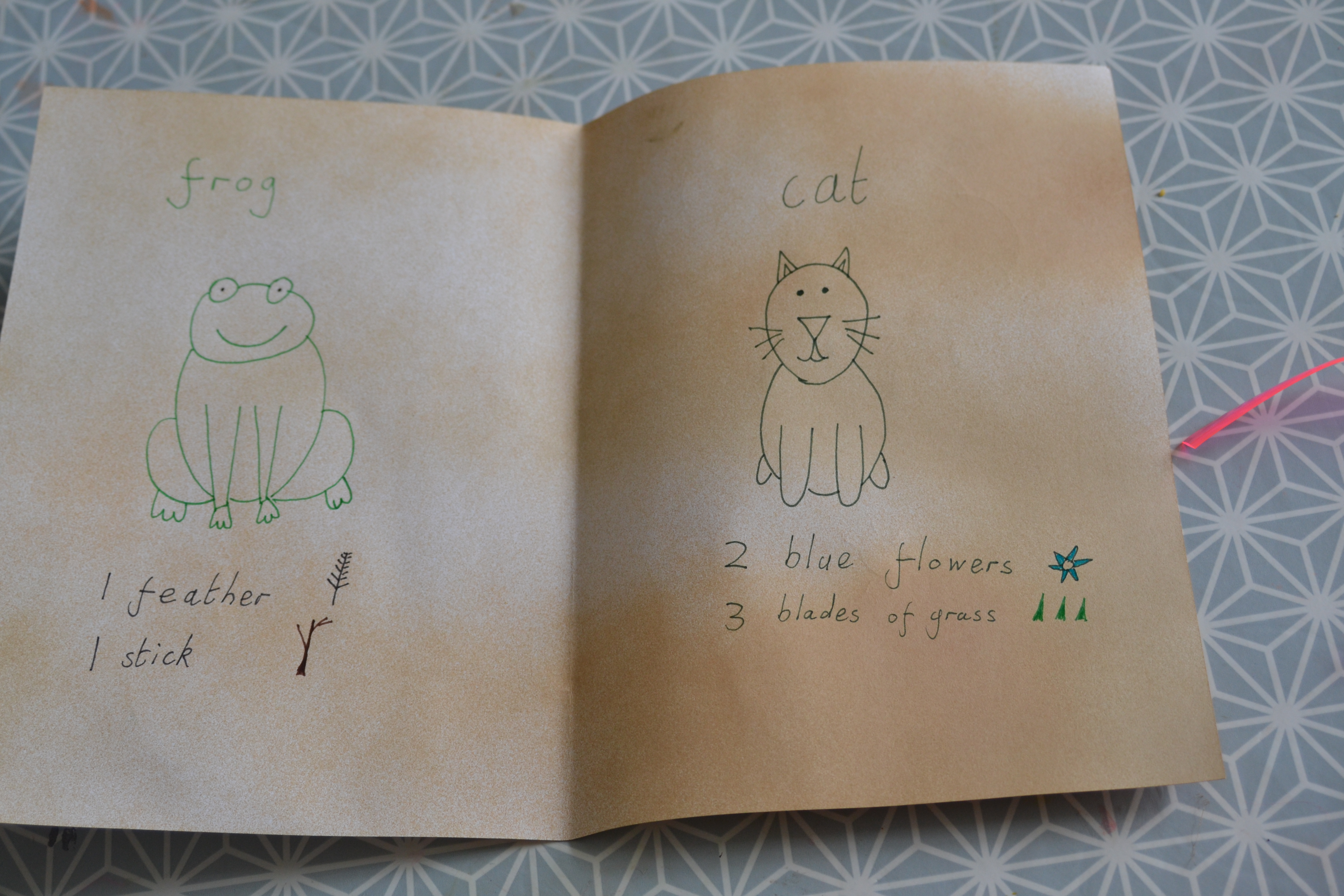 Alice came up with lots of wonderful ideas of her own for spells. 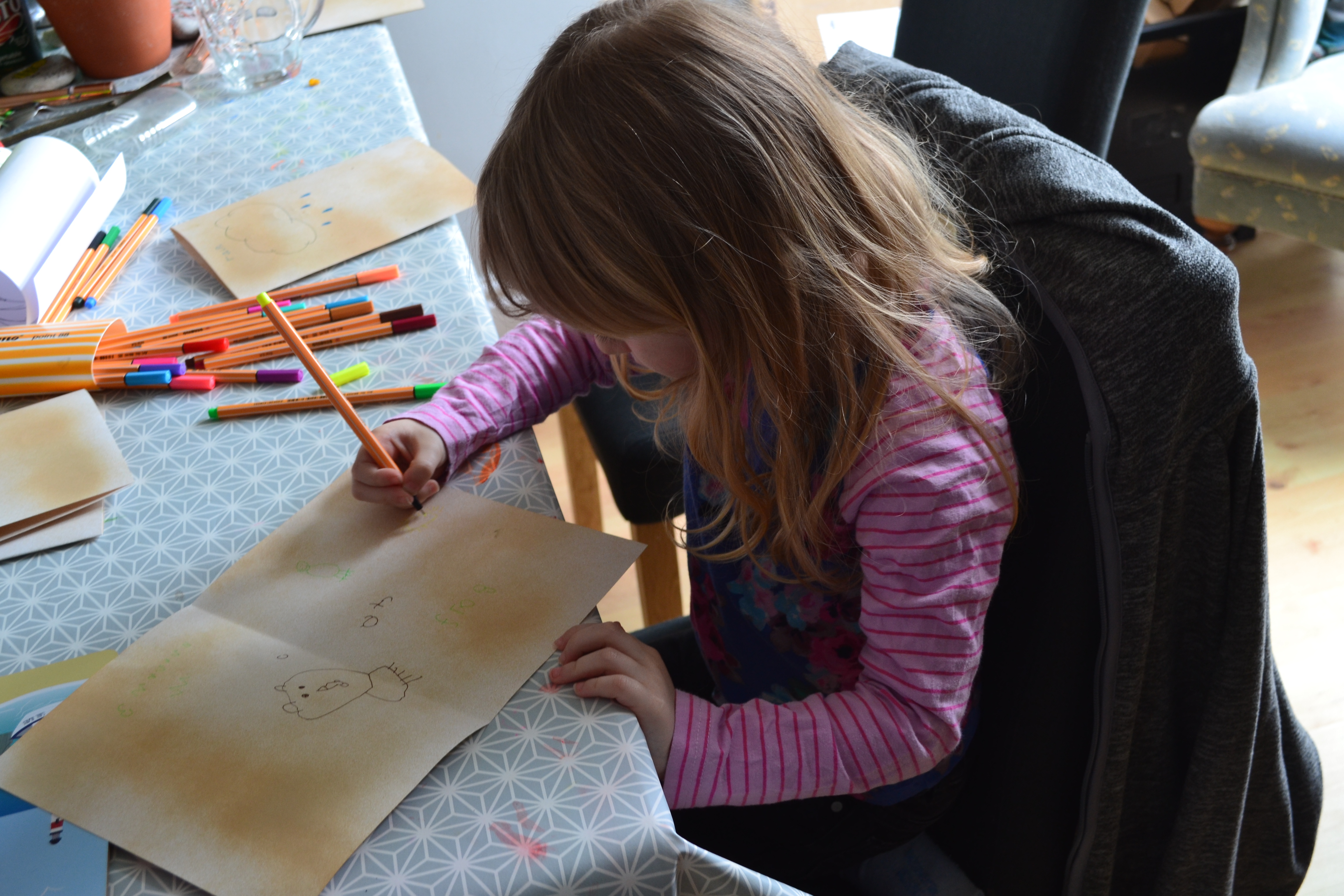 She had a good go at copying a few words as well as writing lots of numbers for quantities for ingredients. So we got lovely mark-making, imagination and maths from this part of our play. I particularly like her frog. 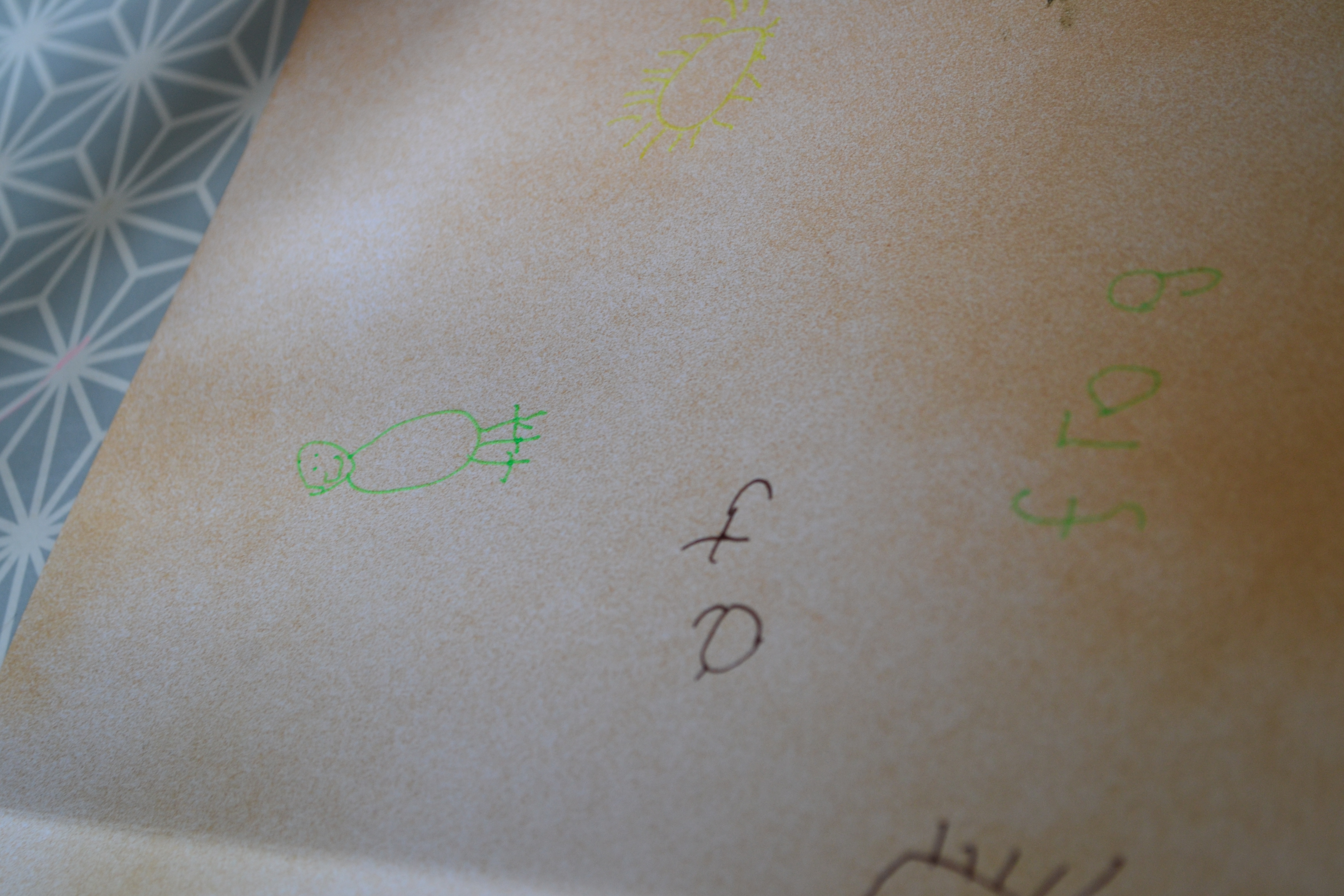 It kept her attention for a good while and she filled two books with spells before taking her book off to find her wand and cauldron. 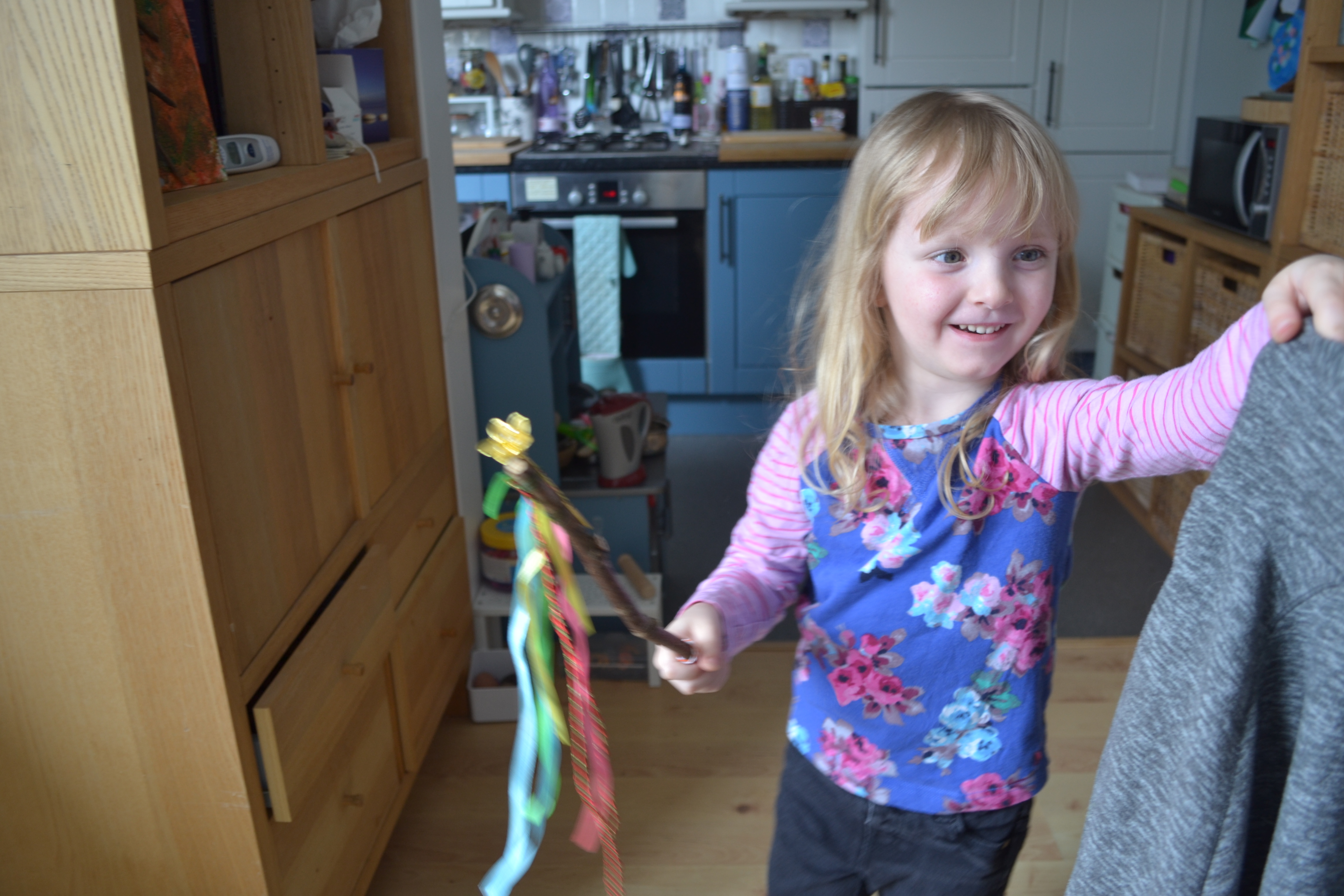 All kitted up we headed out. Alice was keen to find a stick as she felt Amy missed out on a wand yesterday. She found one quickly and got a basic wand constructed. 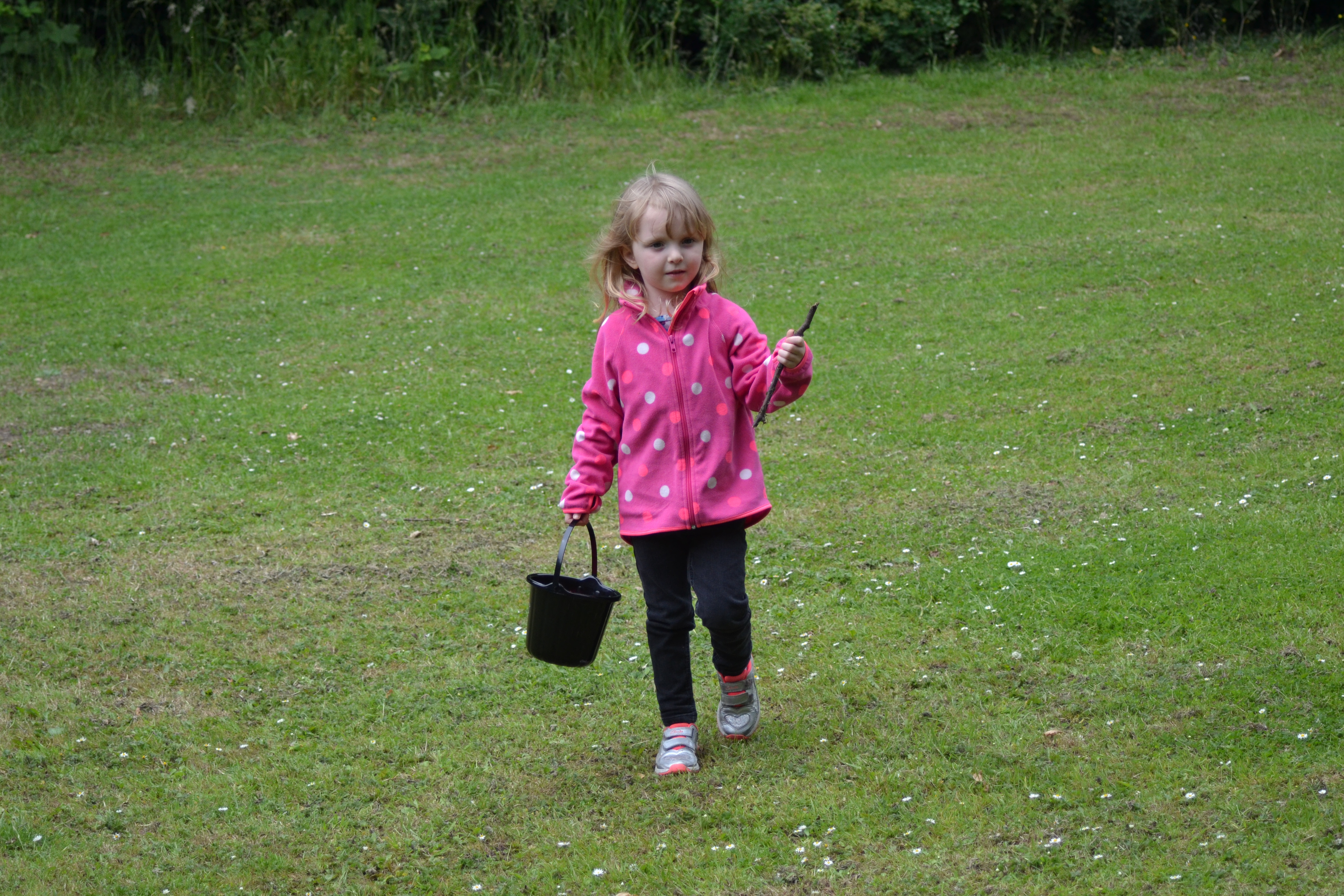 She had a good play around the den making her spells. 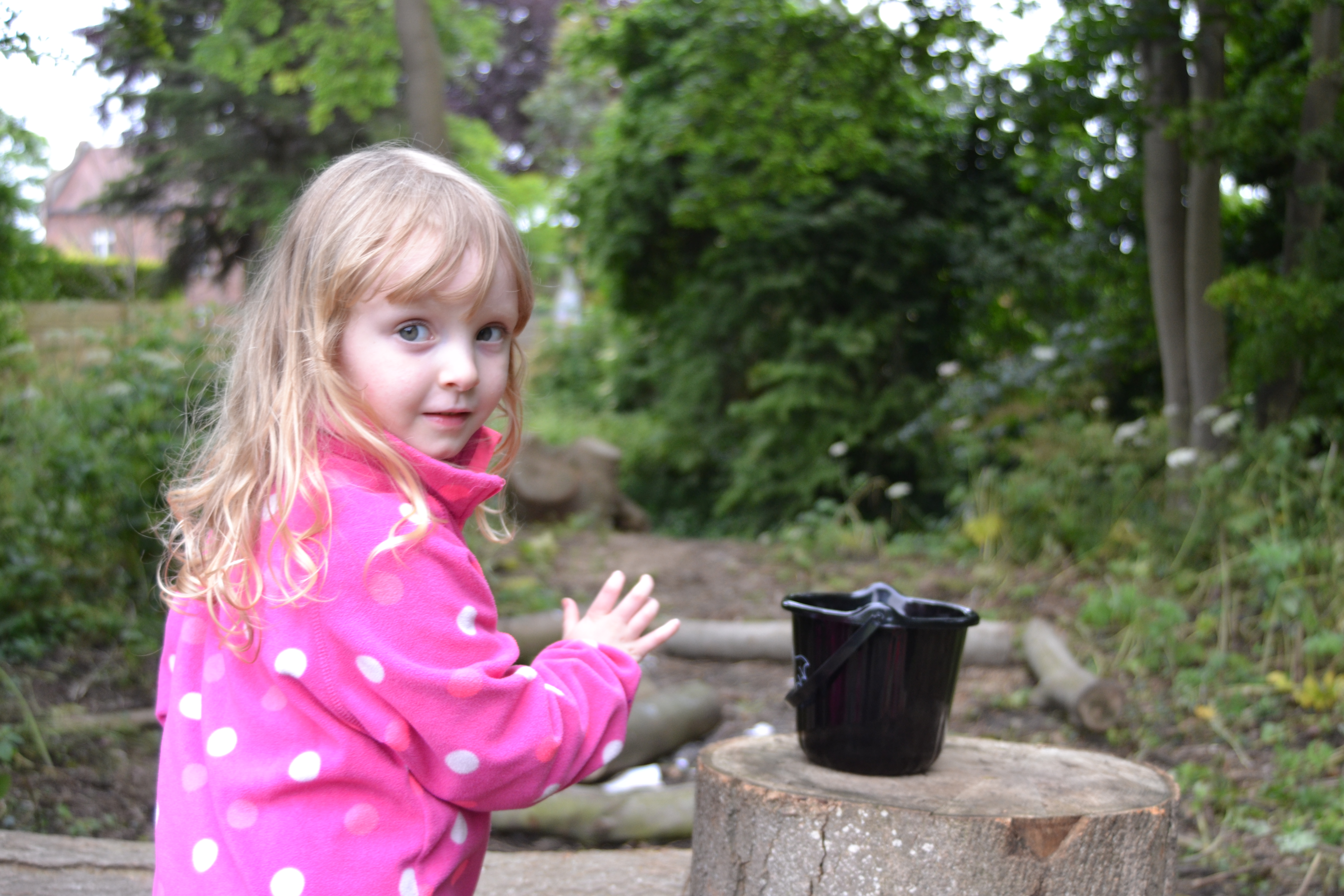 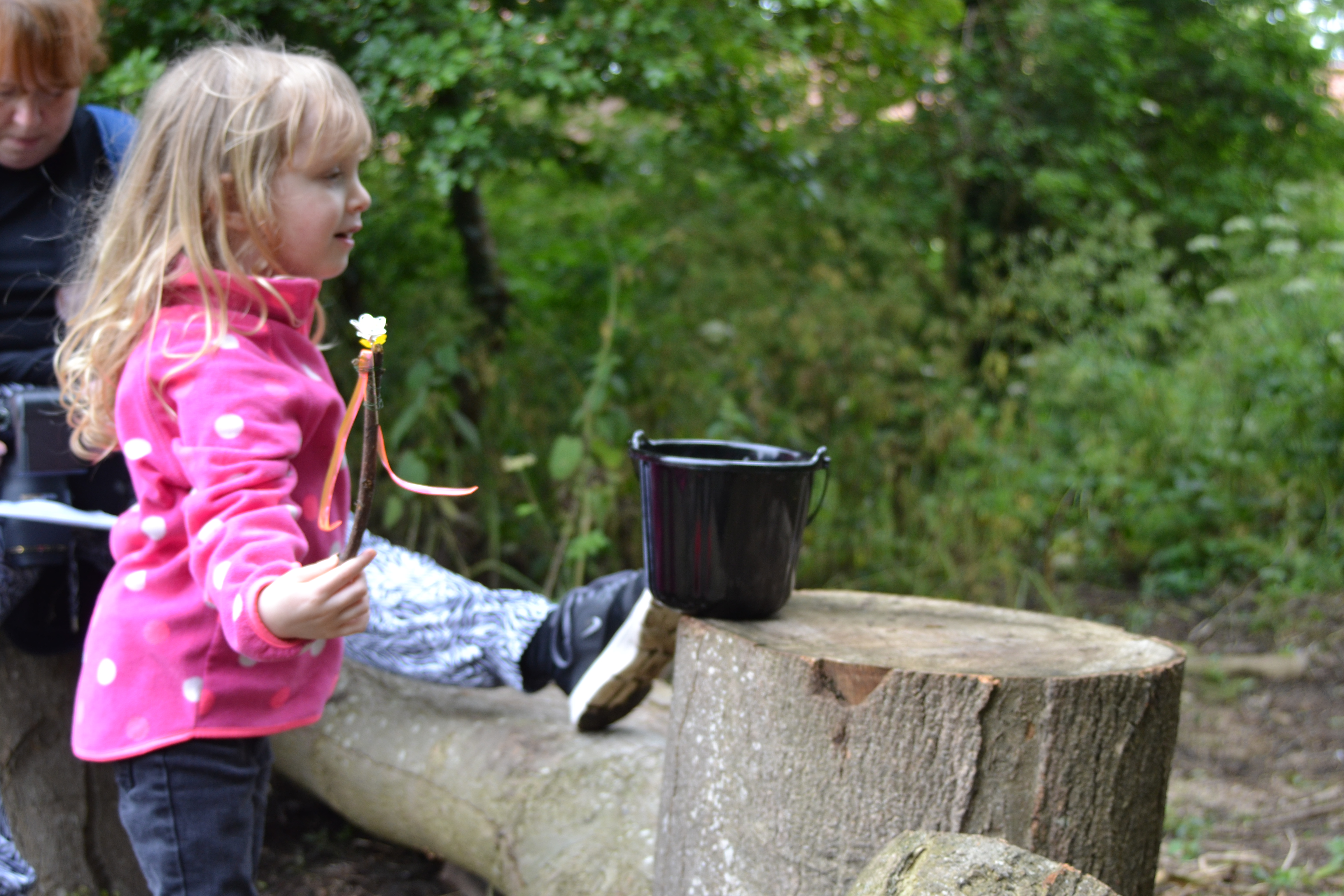 And then a bit of a rest and a snack together. 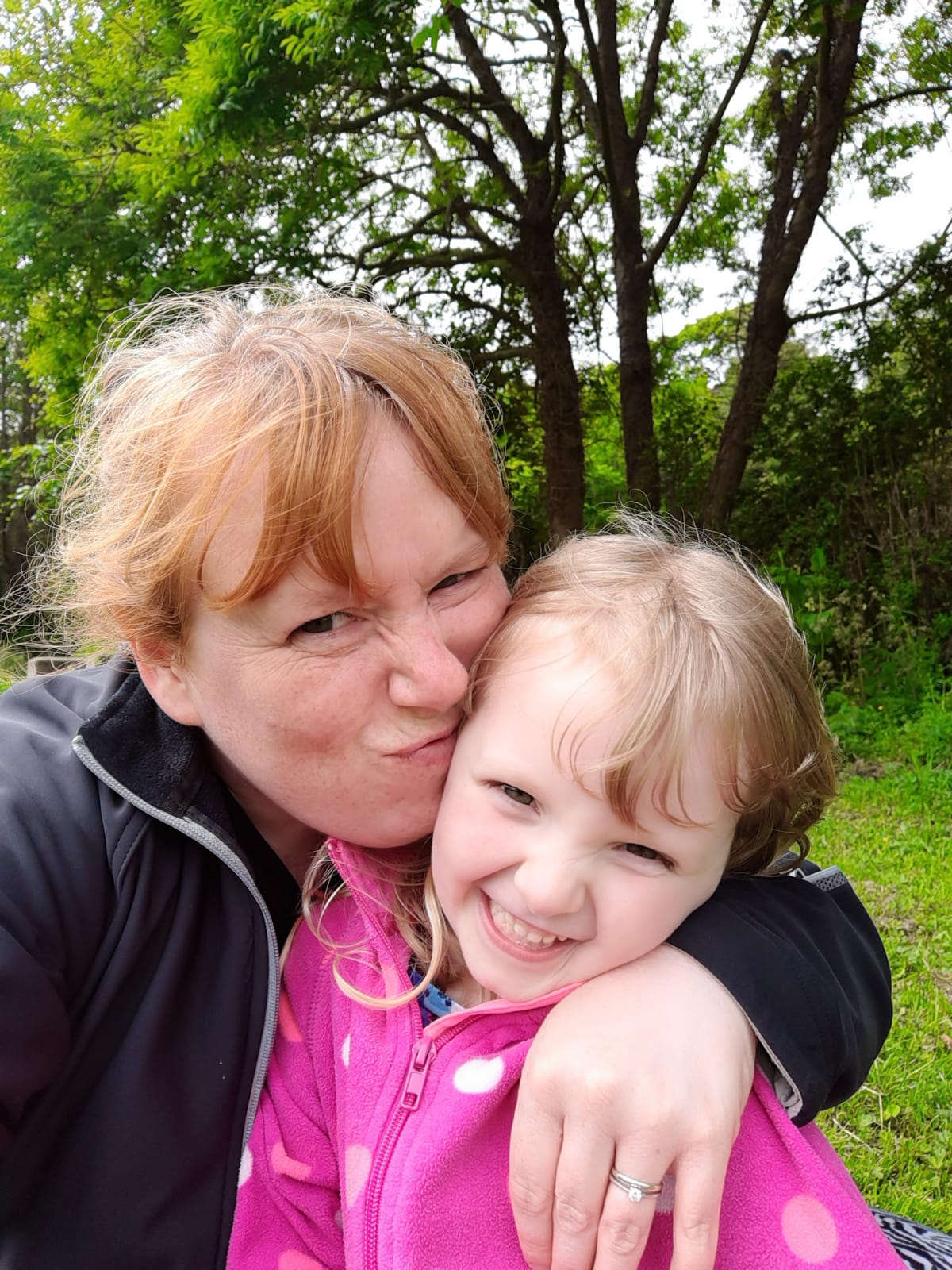 Amy took some spectacular bee photos with the macro lens. 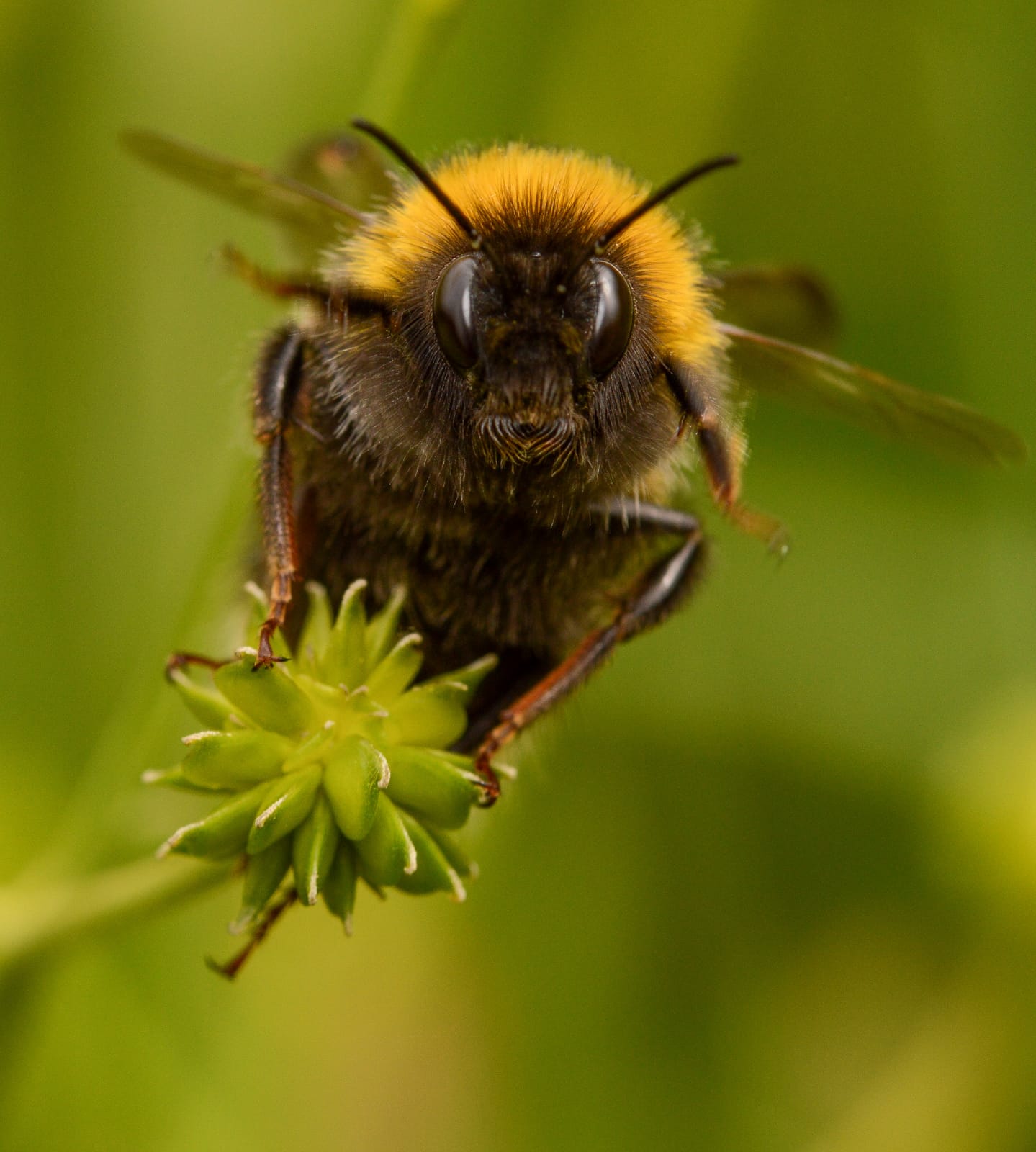 Mine less so, but I was using the mid range lens rather than the macro. 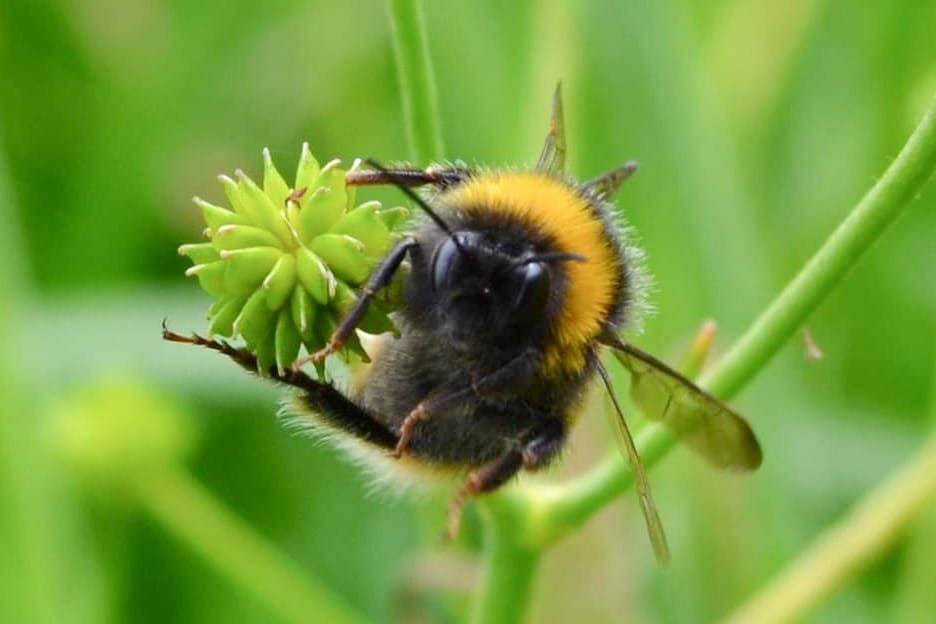 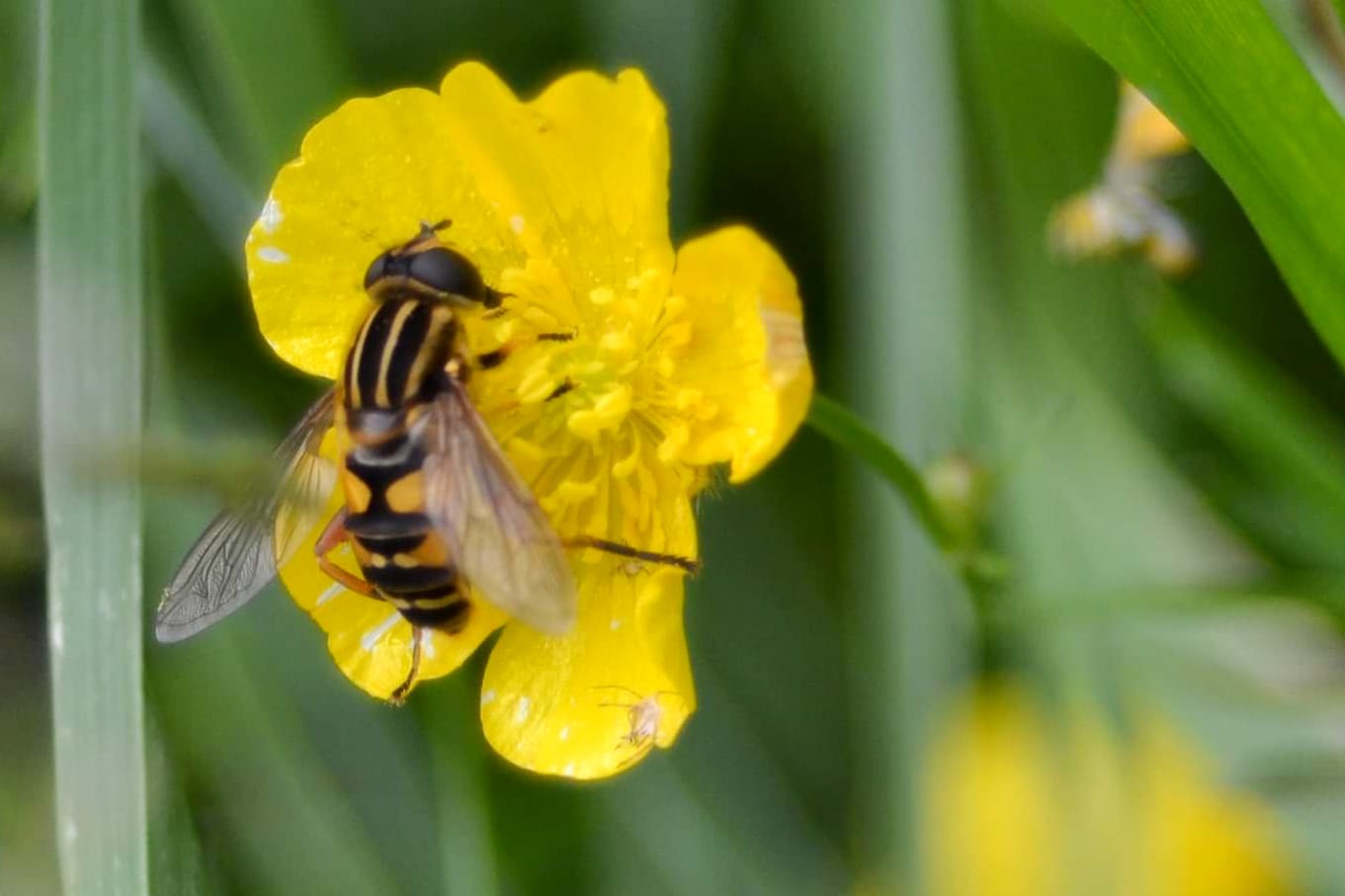 All in all a magical adventure out. The fact that Alice referred to it as an adventure when we returned home makes me feel I did something right.