Already a third of the way through and done an awful lot already with more to come. If you want to check back on what we’ve been up to check the contents page. I realised looking at the blog stats that I have been referred by two schools for their homeschooling recommendations during the lockdown. I think that’s one of the nicest compliments the blog has ever received. So if you are one of the parents directed here by your child’s school I’d love to know how you get on with any of the activities if you give them a go.

Today’s idea I’d seen on the 30 Days Wild Facebook page. There are lots of people sharing wonderful activities they’ve done as well as photos and chat. I saw this idea of a fingerprint dandelion. I thought it would be a nice easy one for a canvas as we had one spare. 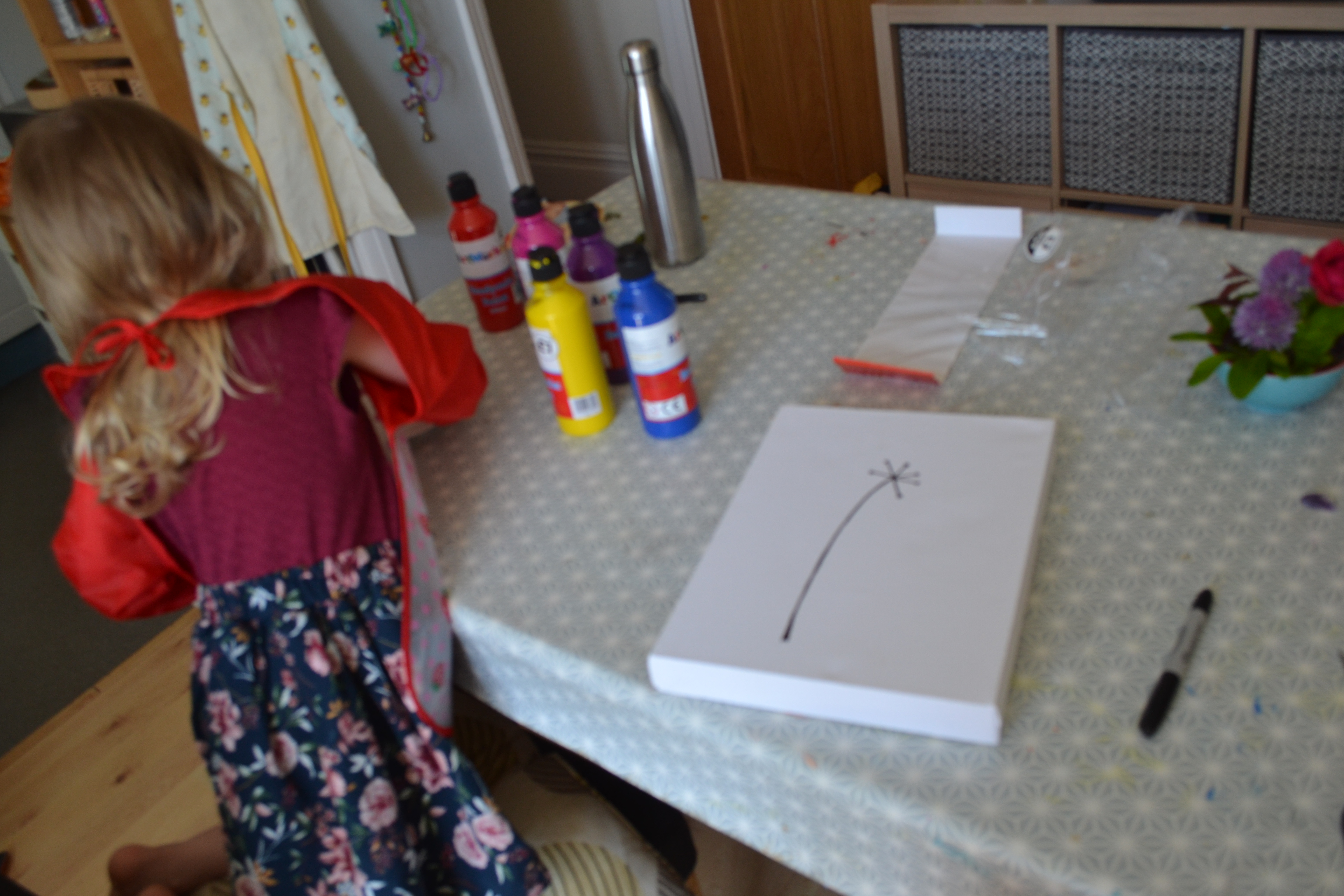 Alice wanted to go right round the edge of the stem and I didn’t want to stiffle her creativity. 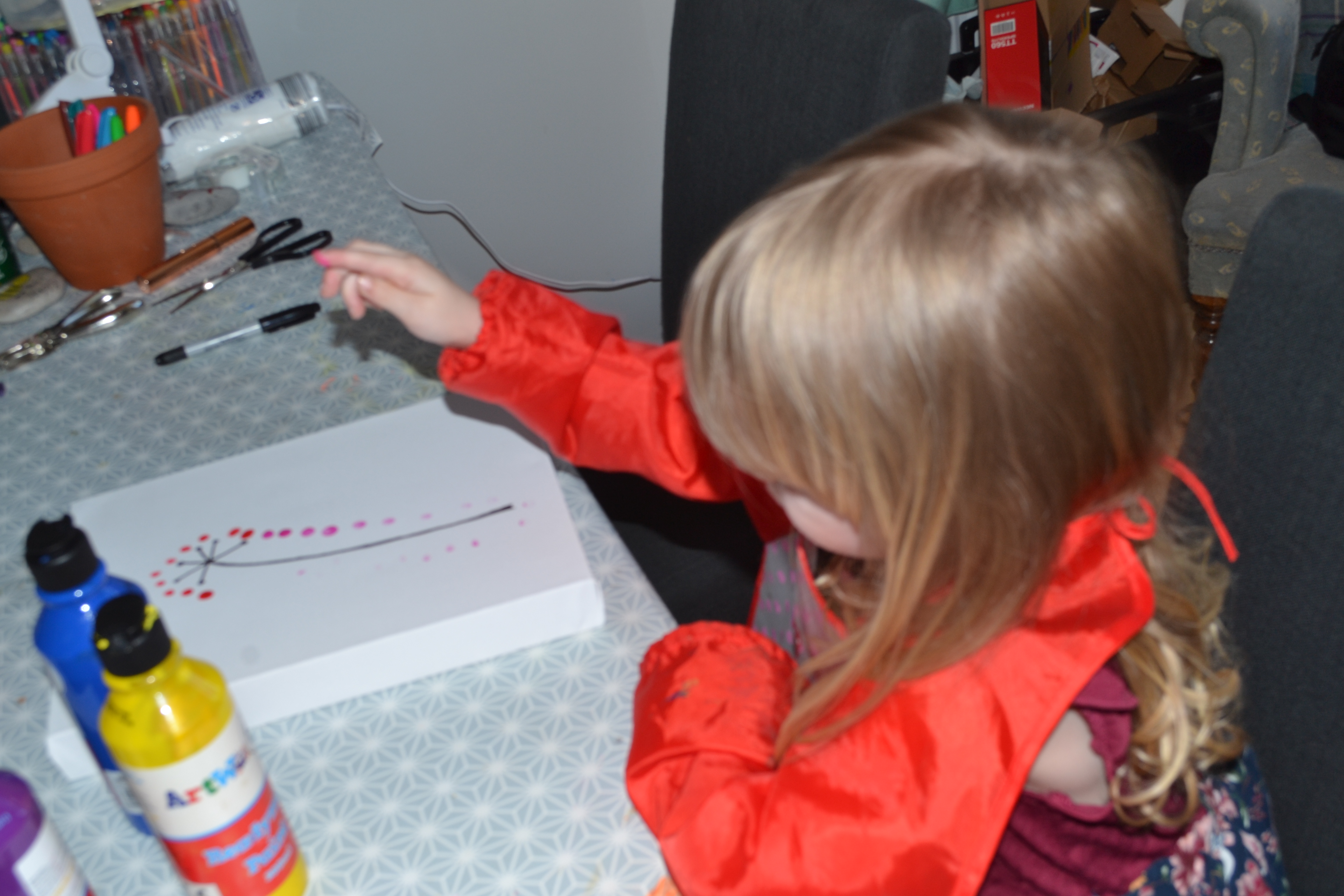 We worked through a few colours with wet-wipes on hand. She wasn’t that keen on this activity as didn’t like the paint on her fingers so if we try another like this might have to try a sponge printer instead. 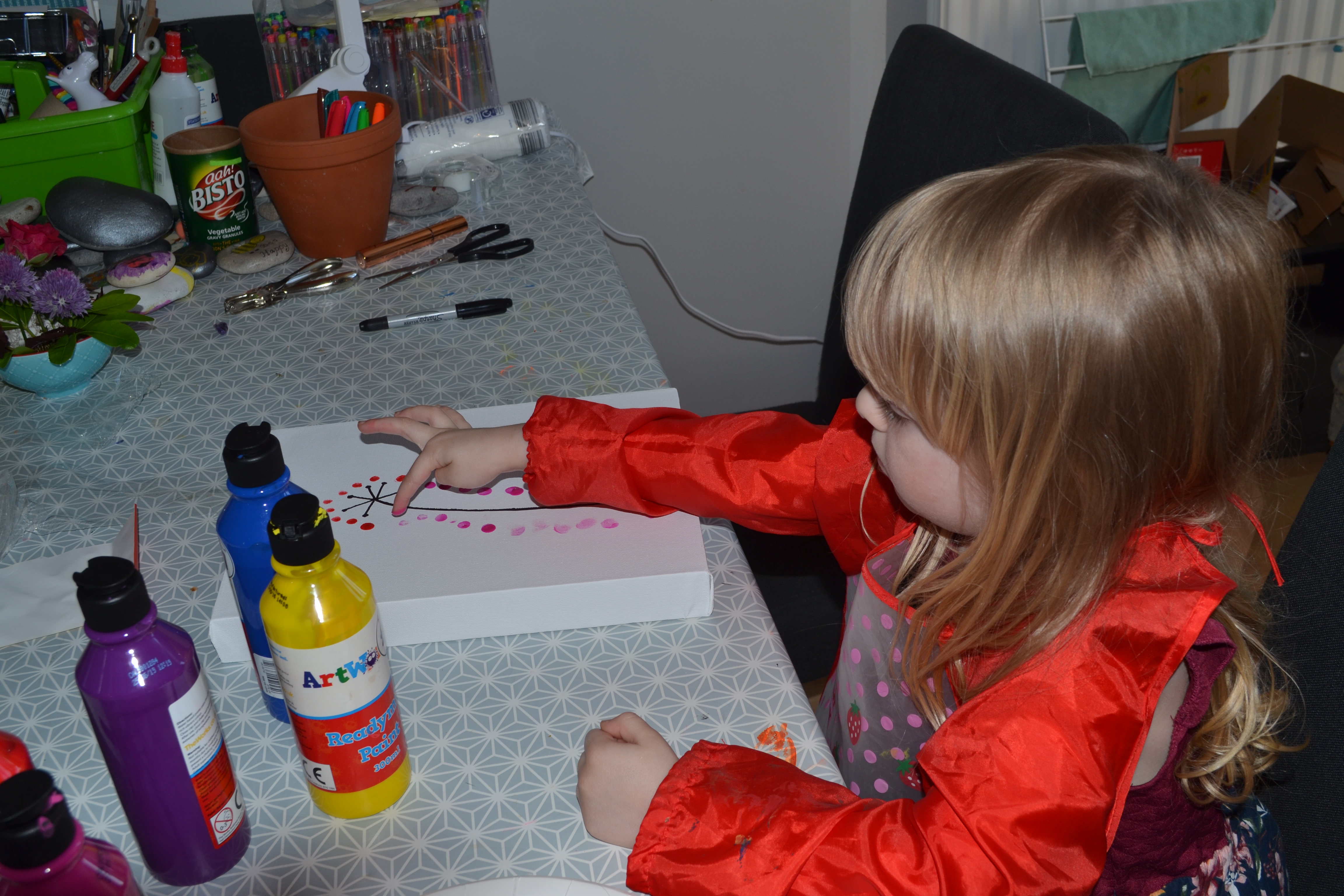 Not quite what I envisioned but it looks quite pretty and it is her work. 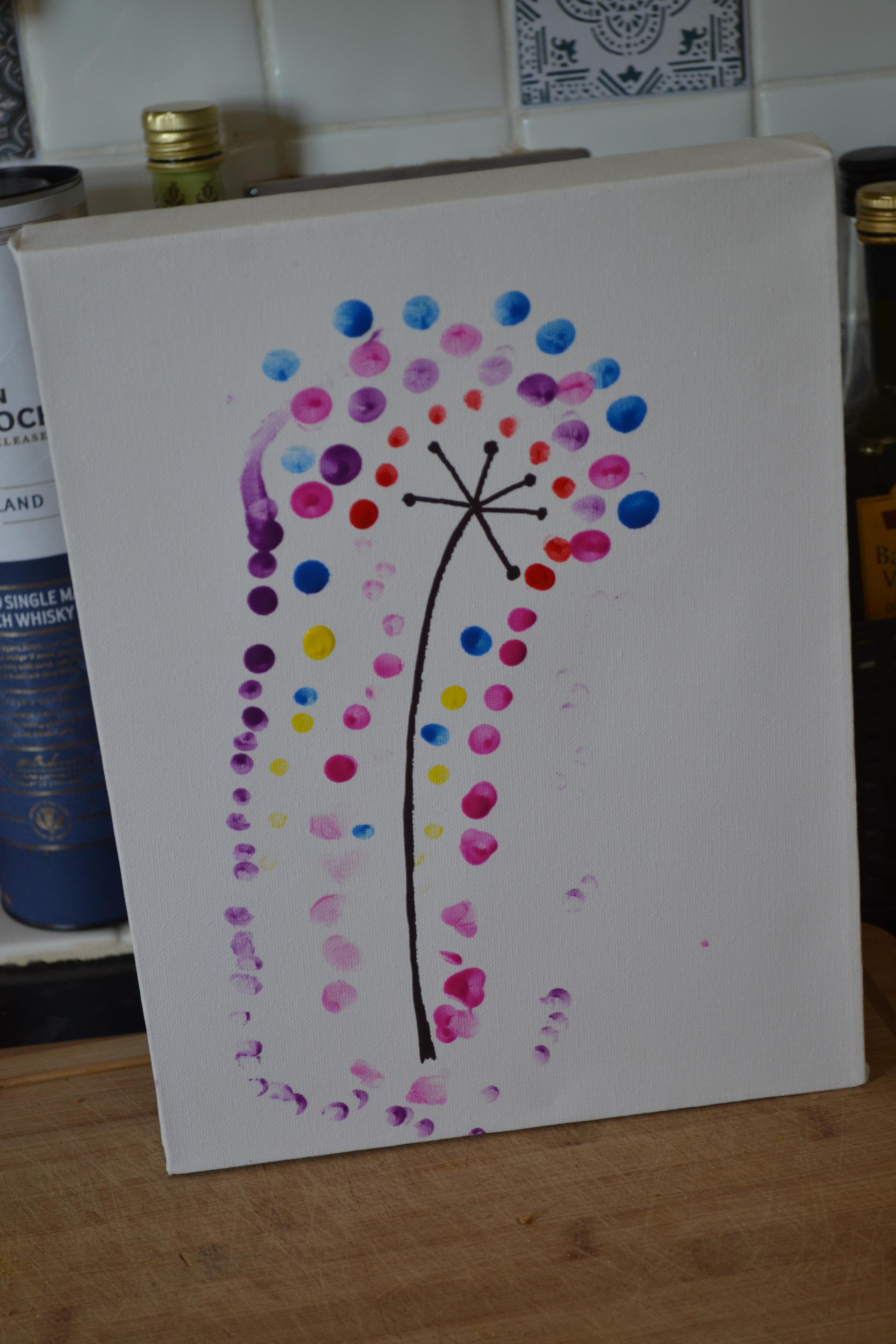 Then I felt we should do a bit of wild baking as I’ve neglected to any with Alice. Amy is good about doing baking with her but I don’t tend to do as much. So settled on as basic bee bun. 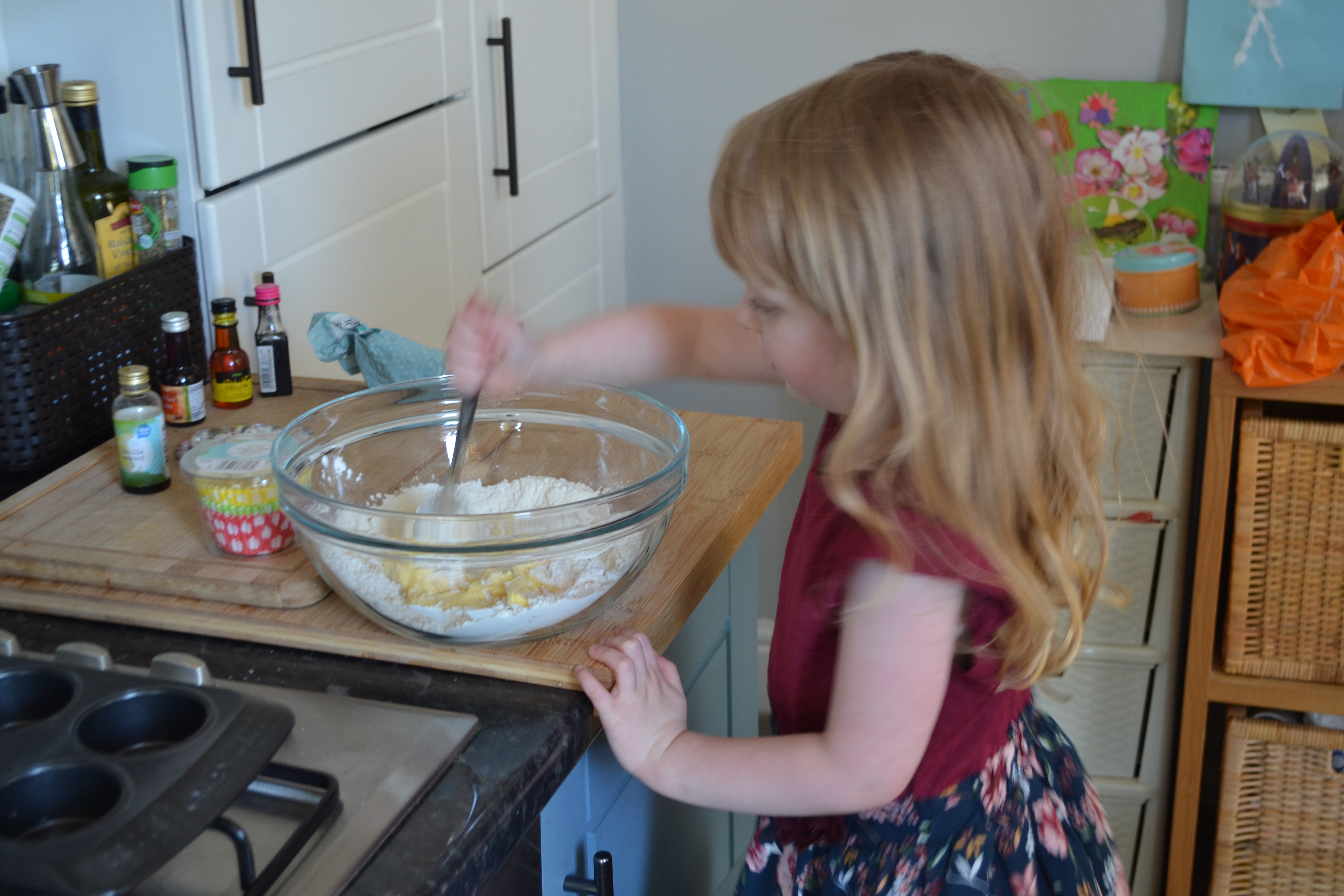 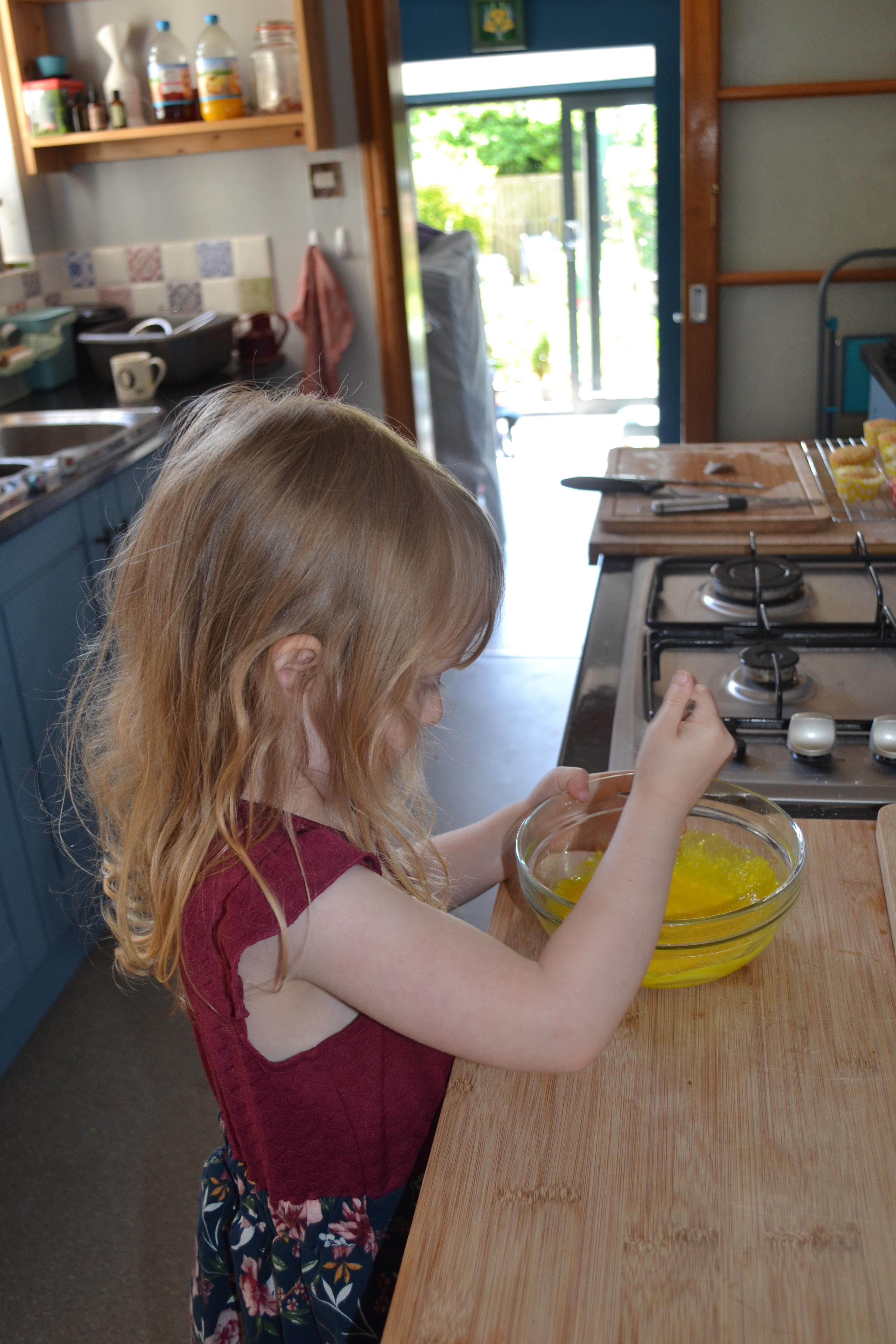 Not the best decoration. No bake off for me yet. But we had fun doing it together The buns were tasty. The icing was disgusting. Cutting the top of them as we eat them. 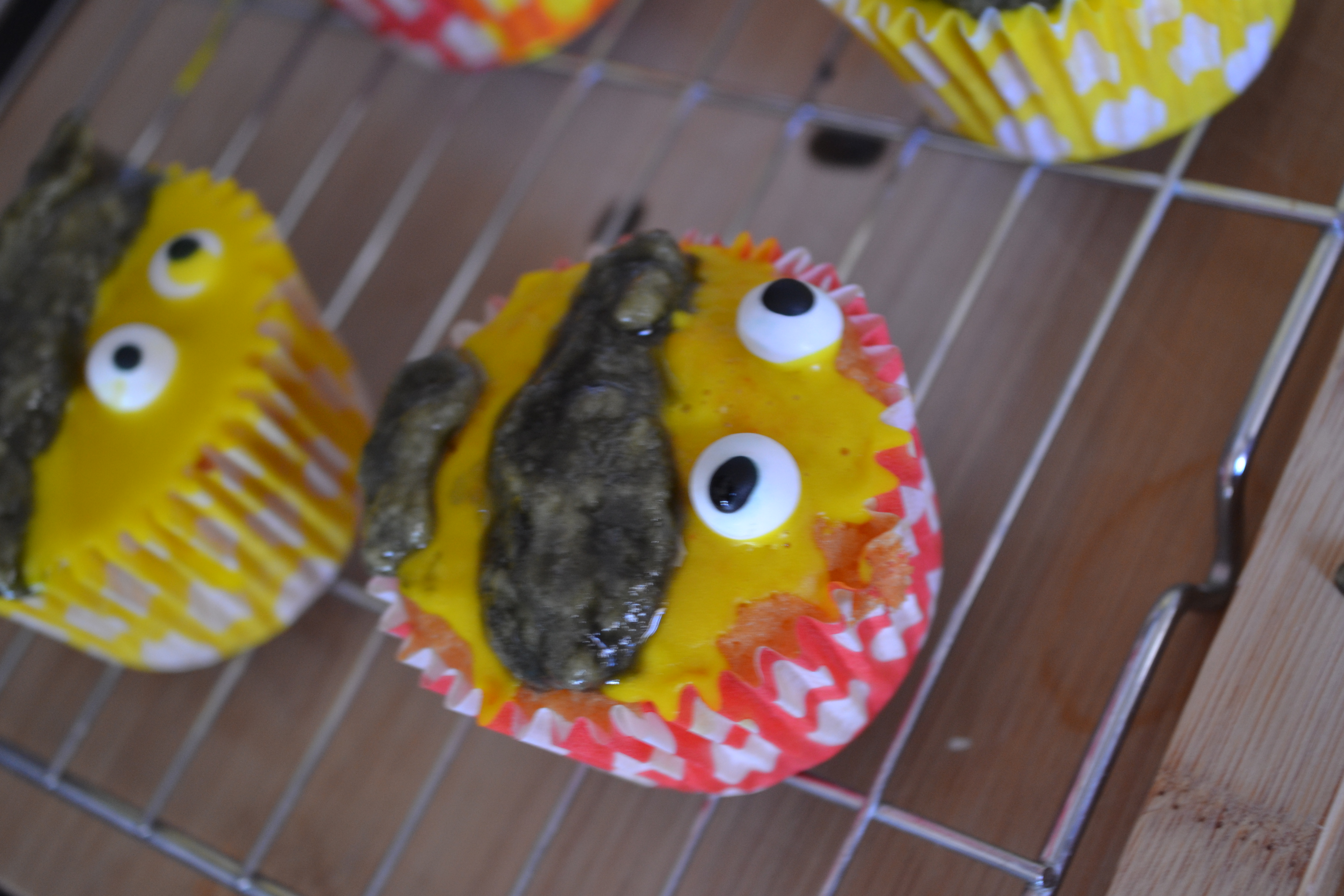 We carried on with the cooking making use of some of our own veg. I’ve read and seen people, particularly Aaron Bertelsen of Great Dixter praising lettuce soup. Now Alice has been picking off lettuce from the patch as they grow. She tries to sneak them out when she thinks I’m not looking. 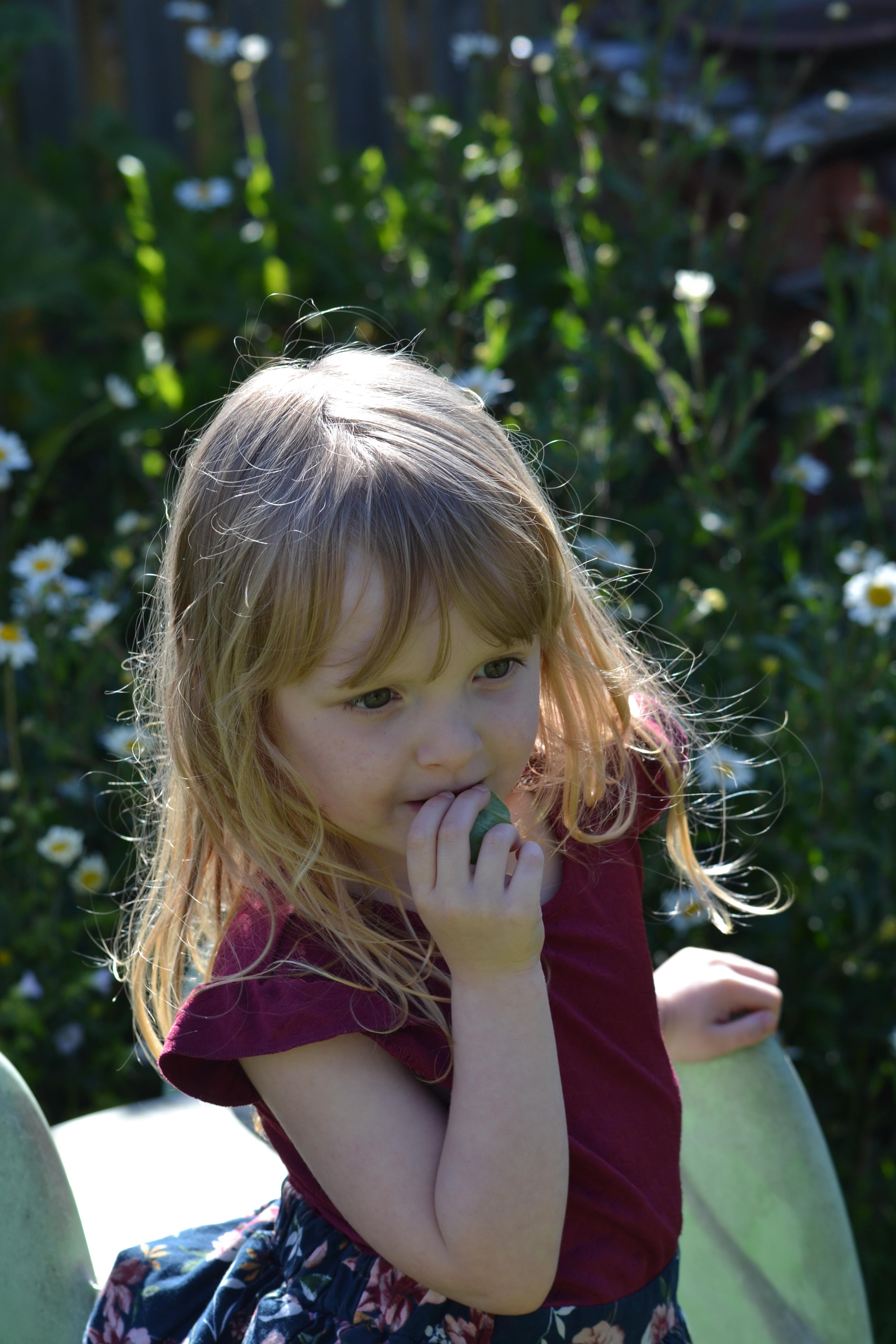 And the birds and possibly next doors cat have been nibbling so the lettuce is a bit patchy. I need to net it again. So the lettuce soup seemed like a good plan to use it up as the family wouldn’t see how patchy it was. 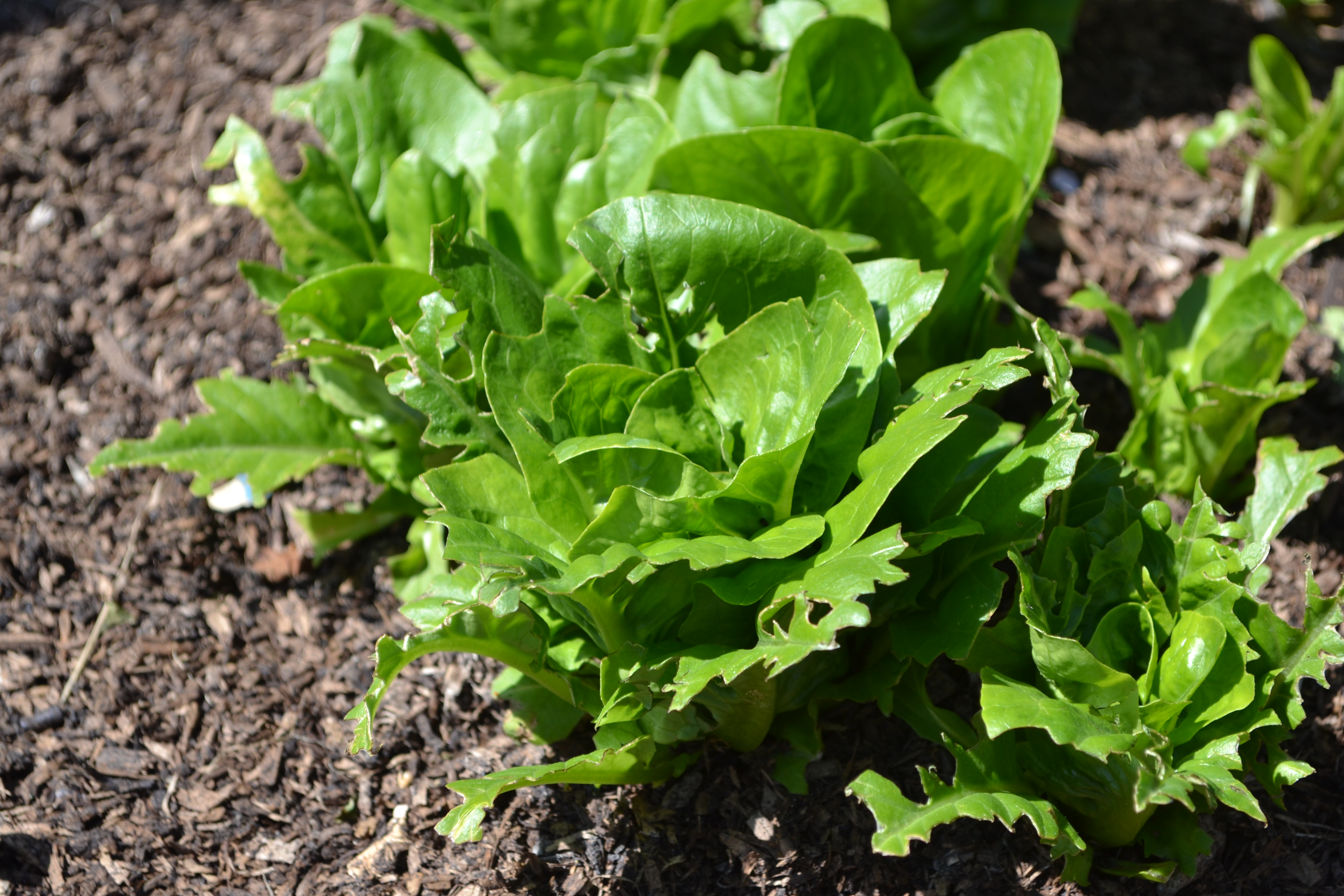 I managed to get enough lettuce out of the patch. Then a potato, 3 cups of water, salt, black pepper, onion, garlic and corriander went in the soup maker. 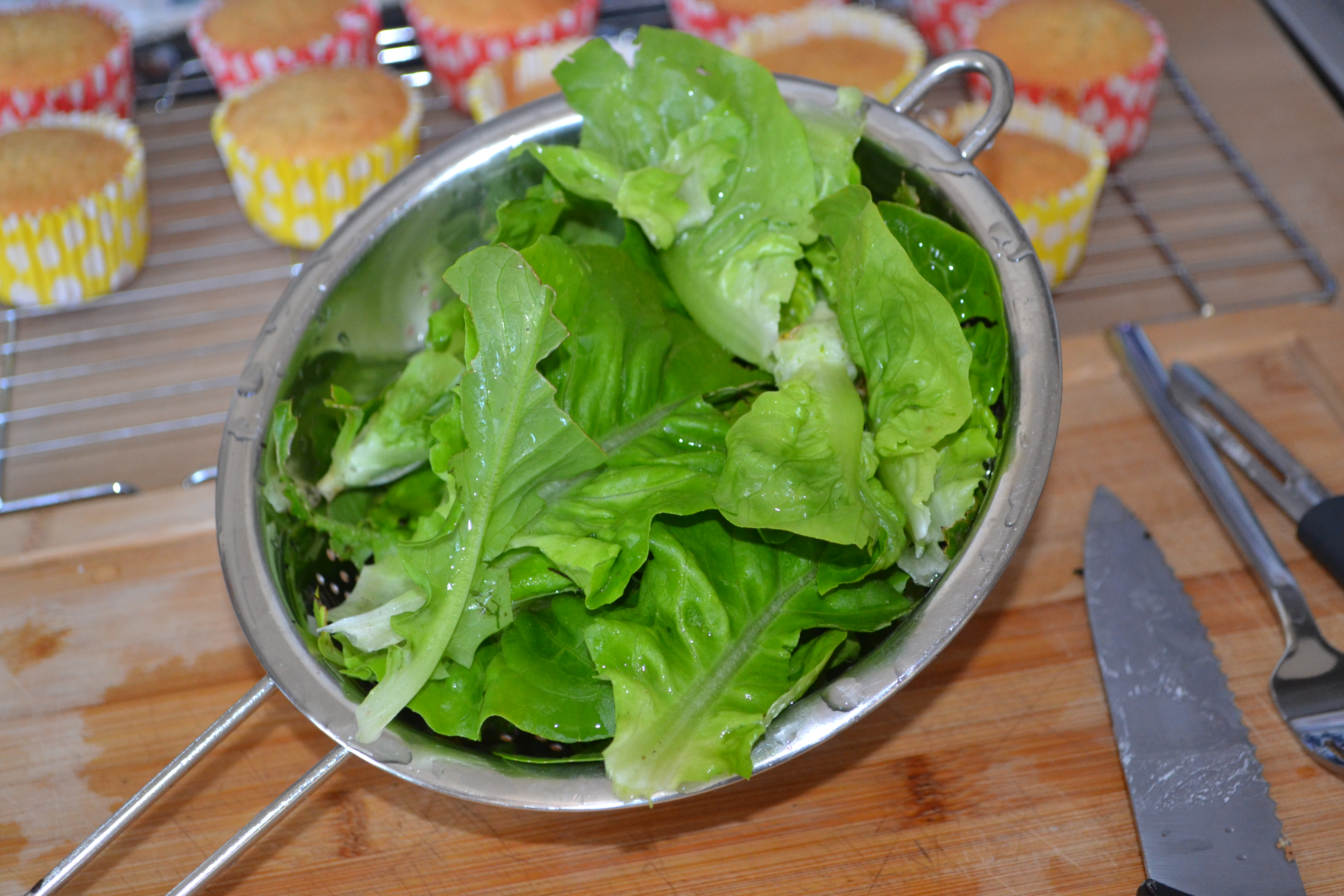 This was apparently popular with the French aristocracy and it may have been suited to a banquet as a starter that leaves you unsatisfied but I don’t think I’d use the recipe I tried today again. Alice ate it but it took a bit of persuasion. Mainly bribery with one of the buns we’d made earlier. 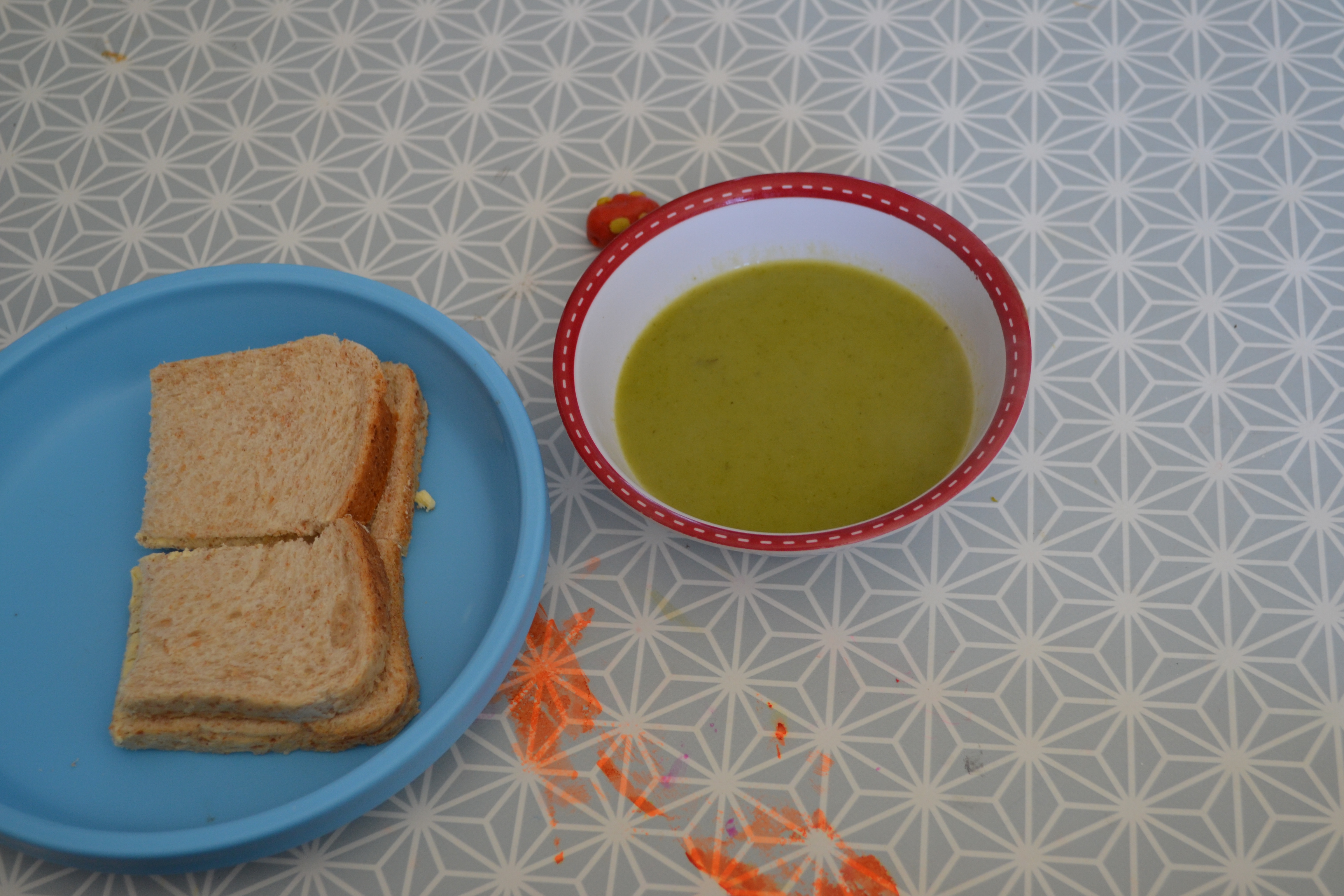 Having had failures at cooking I thought we’d try for an easy craft activity making a flower crown. Having made a mess of tape and wire Amy sorted it out. 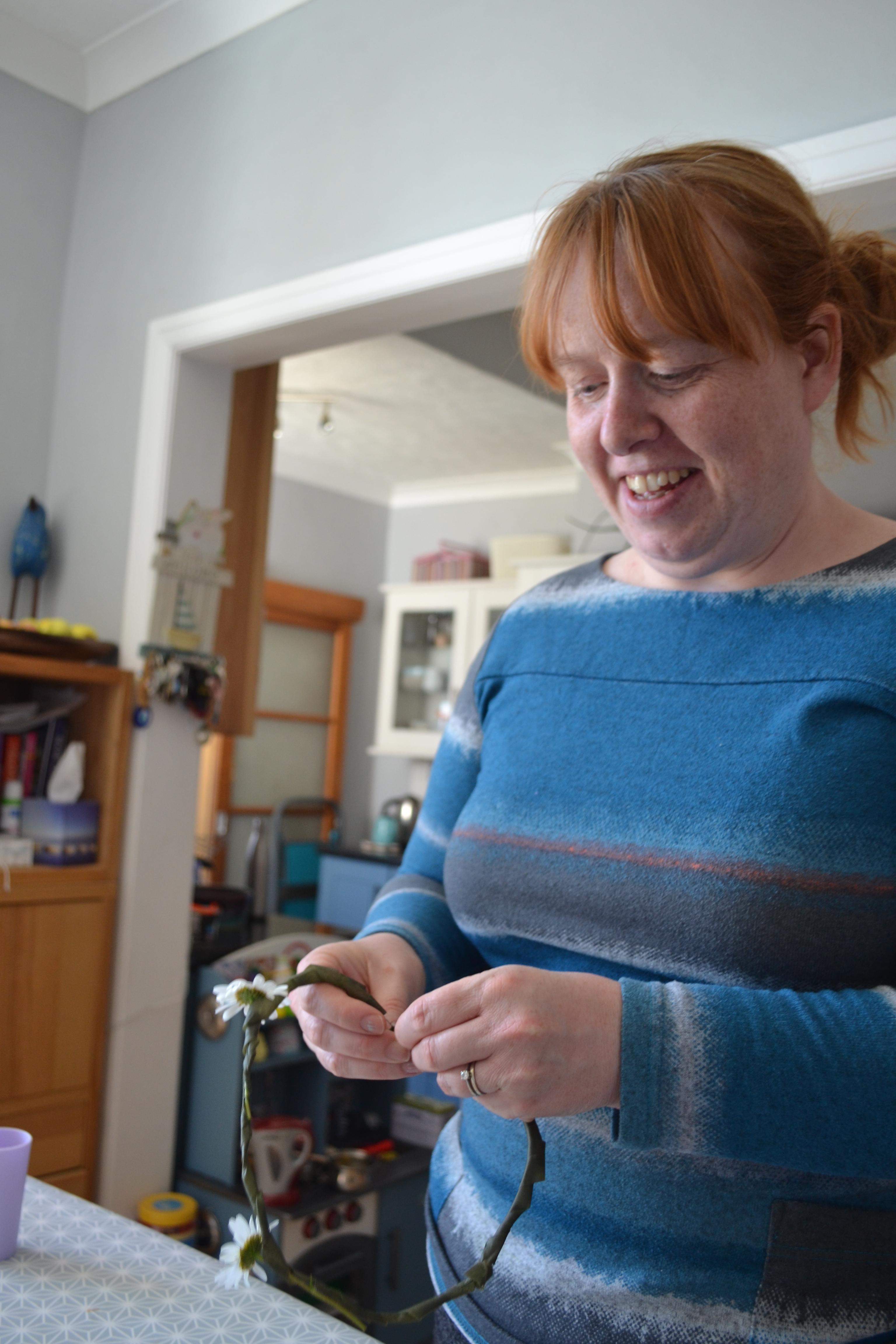 I’ll stick to growing the flowers and leave arranging to others. Alice was happy with her crown once Amy had corrected it. 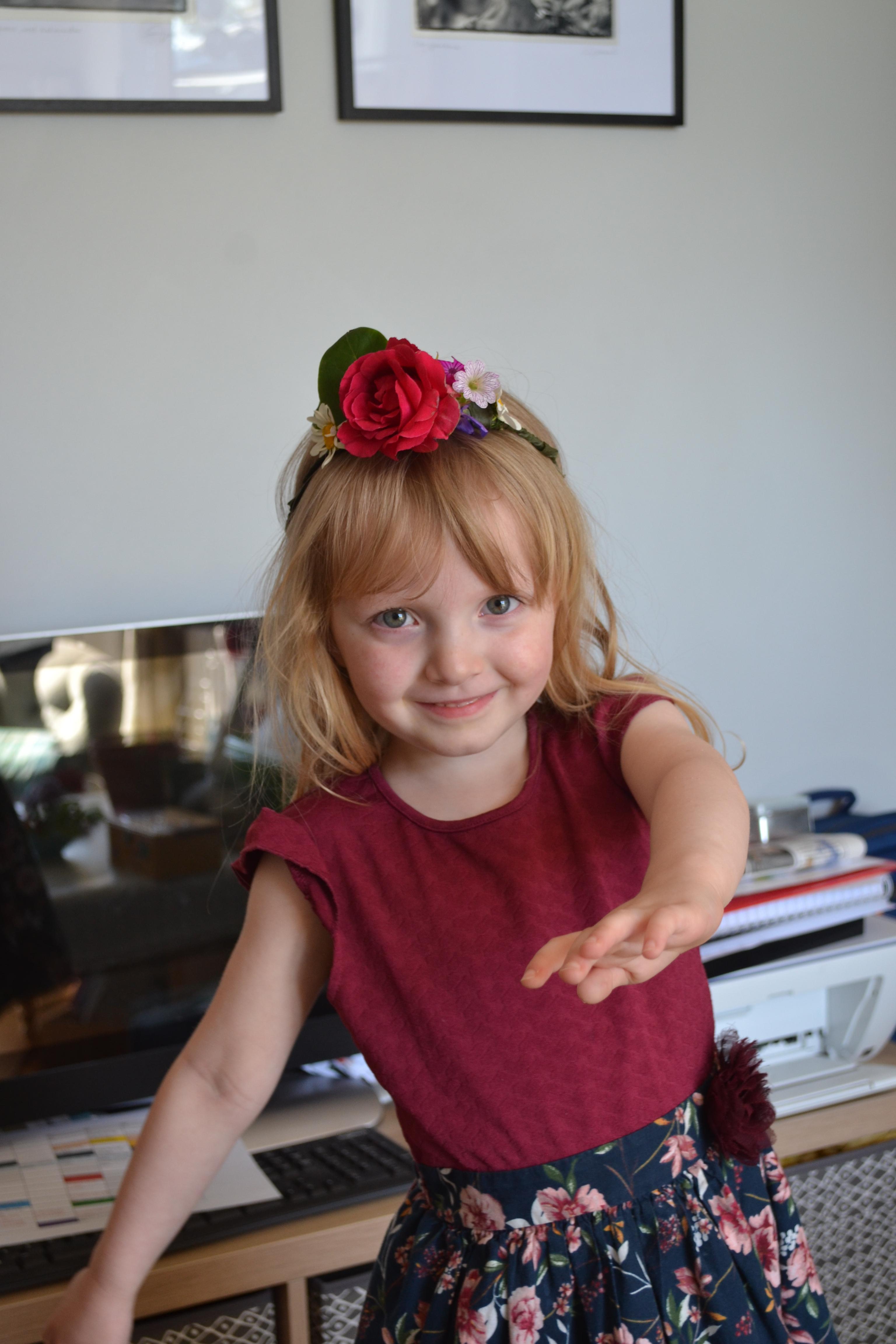 Now she was ready for being a flower fairy we headed to the park. The den we found earlier in the week had been knocked down. We’re not sure if it has been knocked down by other kids or by the council for safety. We propped it back up into a seating area and left the roof off. 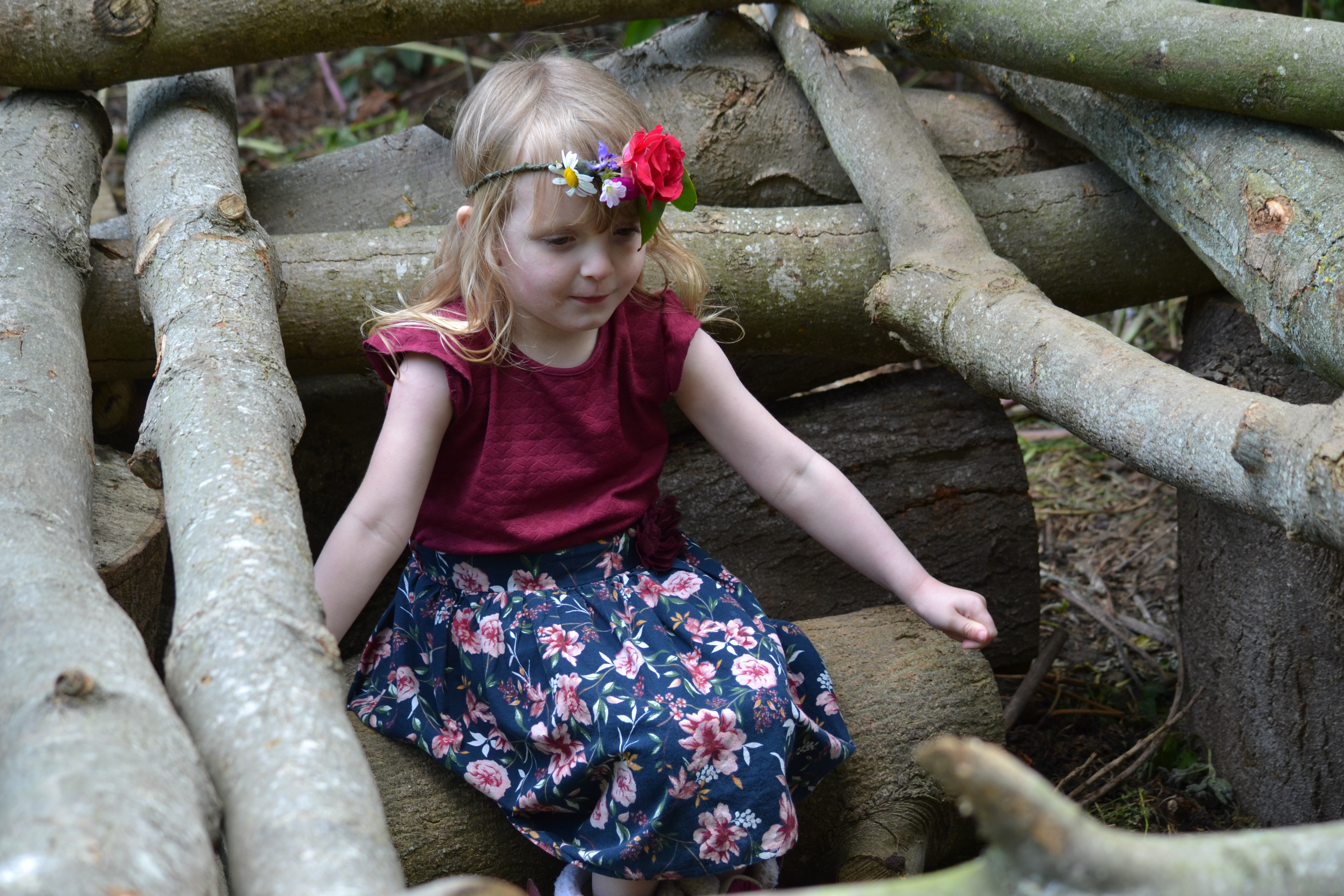 I spotted what I think was a treecreeper. They are common enough birds but I’ve never noticed them there before. Since I started in 30 days 4 years ago I do find I notice much more of what is around me to appreciate. 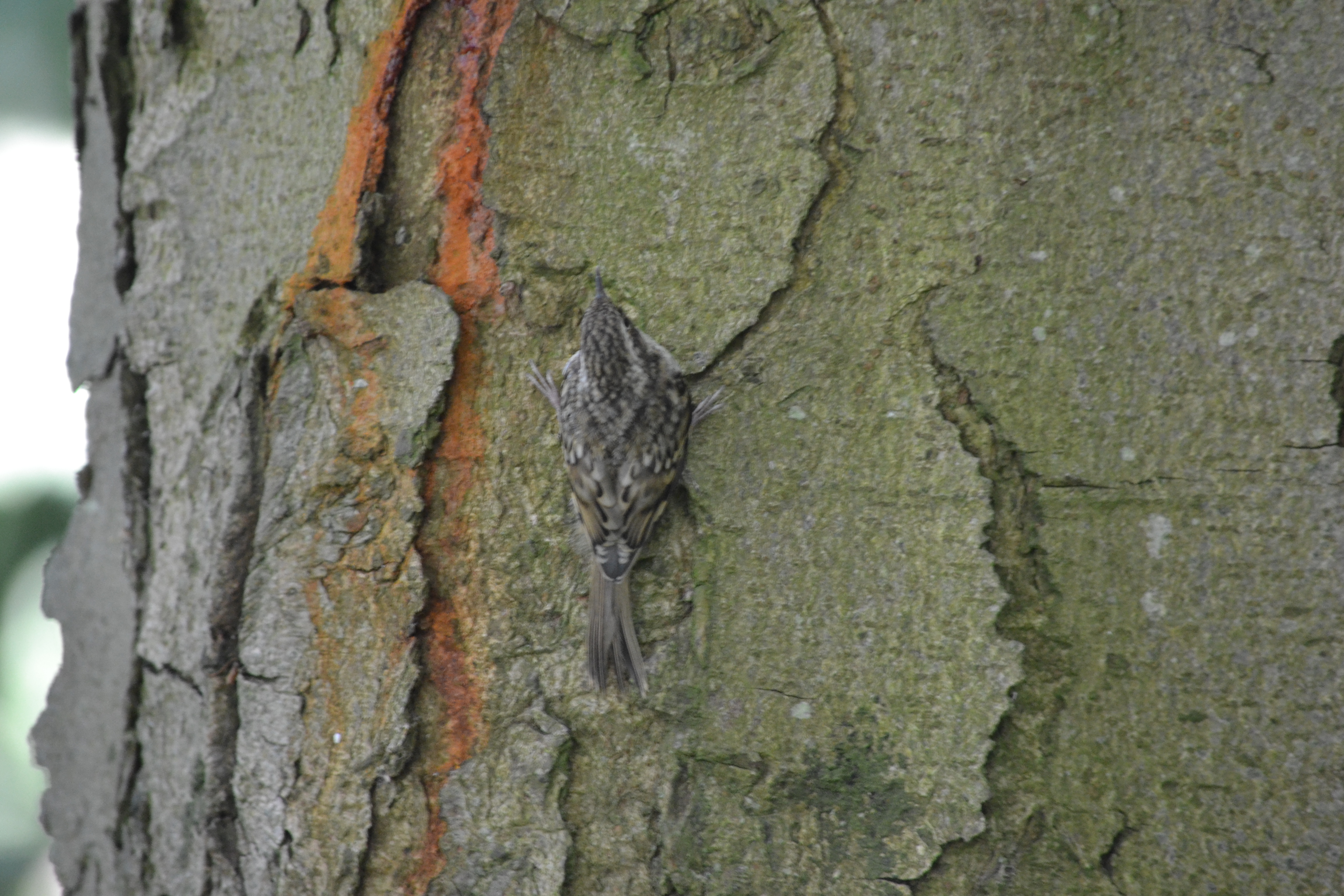 And Alice wanted a bit of time to dance in the park. She is at the age of lots of twirling and dramatic arms for dancing. 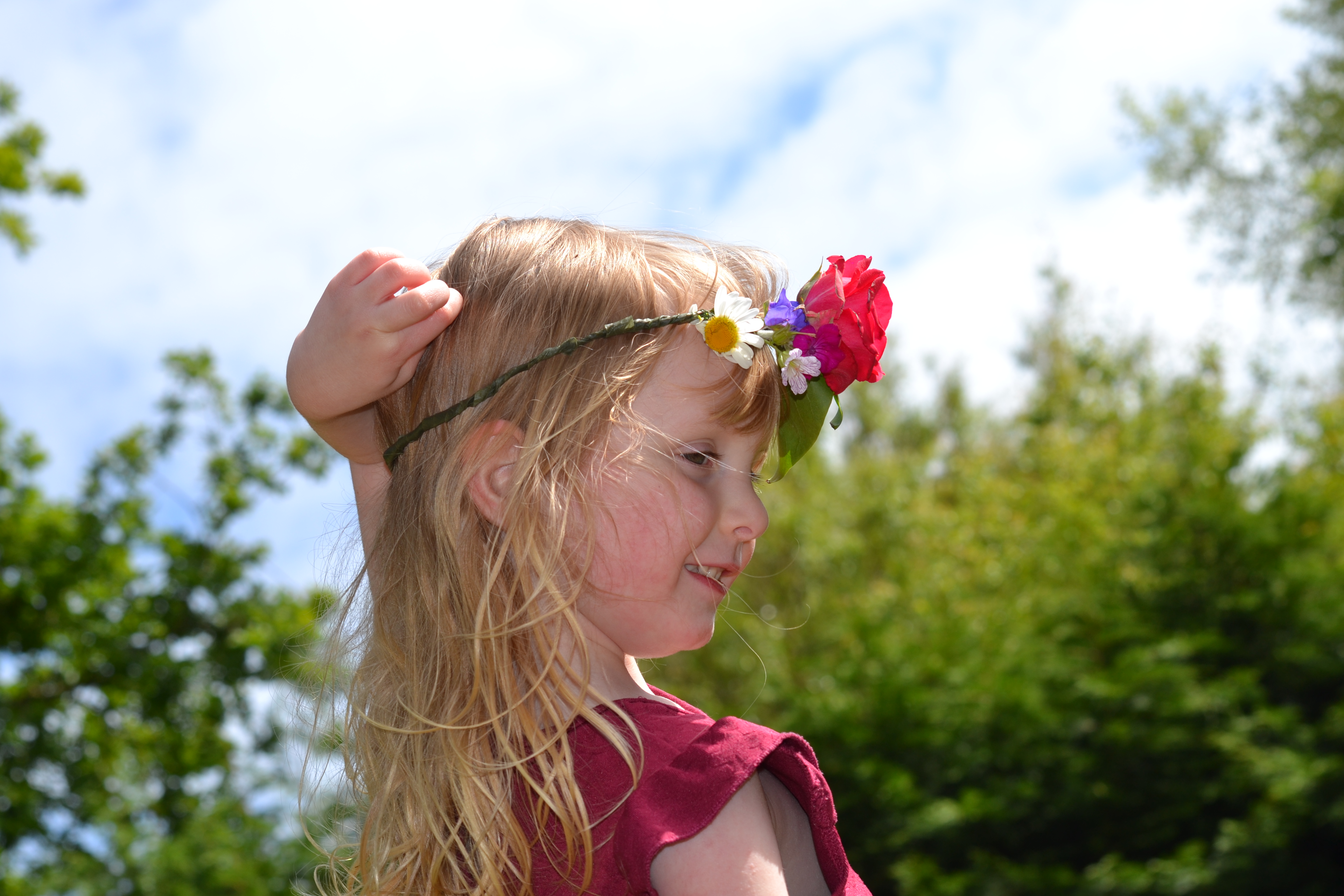 A fully packed day. It left her totally zombified after her walk. Maybe a slower pace needed tomorrow.