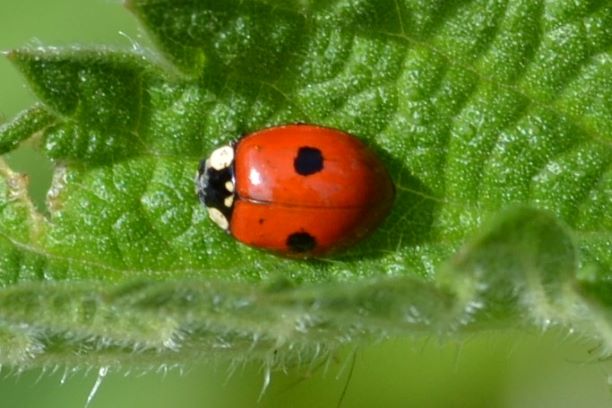 Last weekend was World Coleoptera weekend so I thought I’d make a focus of beetles. Beetles are one of the most diverse forms of life on the planet. They are the largest order of insects and makeup almost 25% of all known life forms. So worth spending a bit of time on.

We had a look at a couple of different beetle books, which I’ll comment on later in the blog. Then we had a look at the ladybird lifecycle models and stag beetle life cycle. 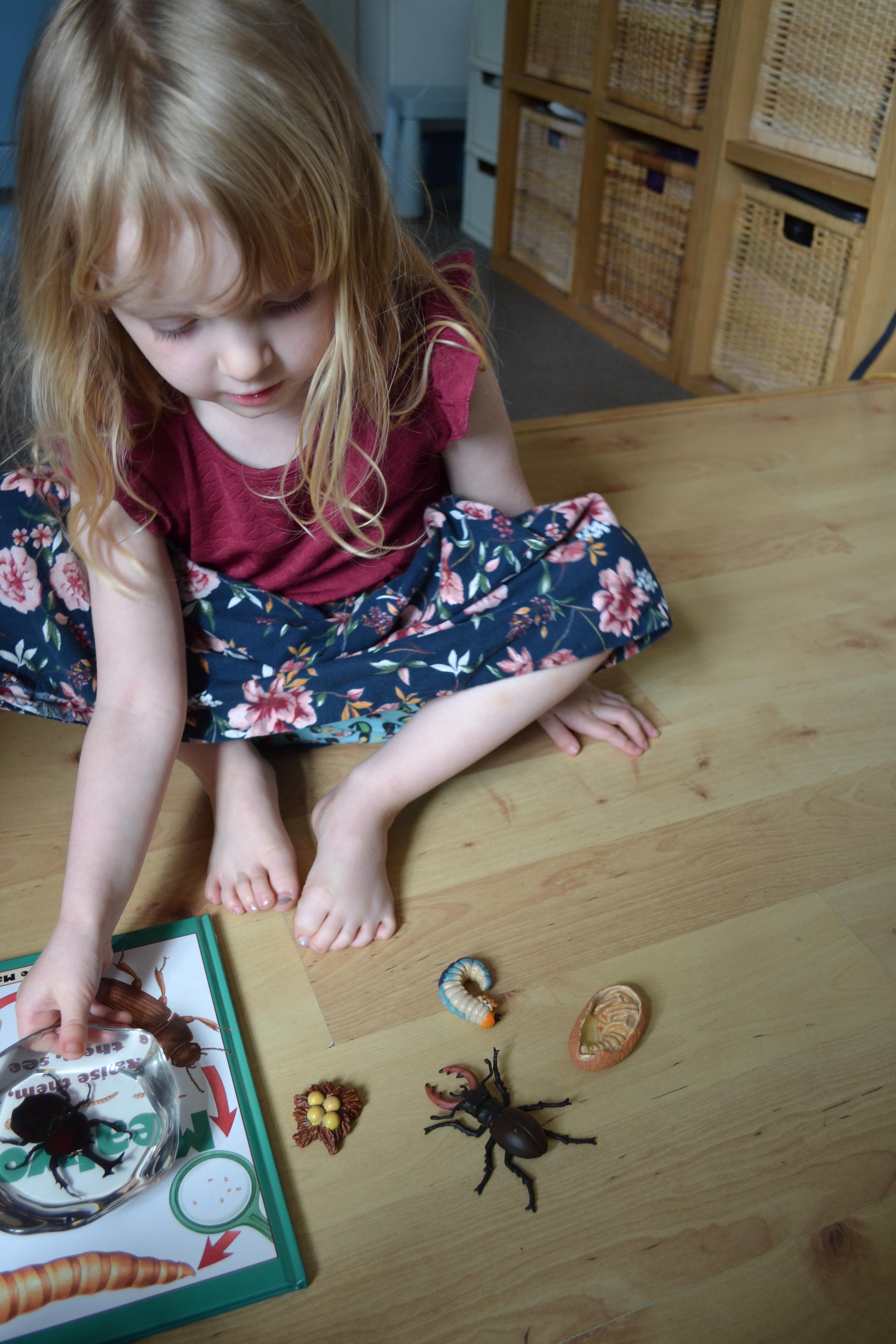 For those of you who don’t know a ladybird is a type of beetle and its lifecycle is much like the butterfly. We start from eggs, usually laid on leaves. Out of the egg hatches the larvae. These are particularly useful for gardeners as it is these that eat a mass number of aphids, yet a lot of gardeners don’t recognise them. The larval stage is when the beetle puts on most of its growth. When it has matured enough it forms a pupa. Later in the year, you will often find these hanging off leaves. From the pupa, the ladybird emerges as the mature beetle capable of reproducing and thus the cycle can continue. 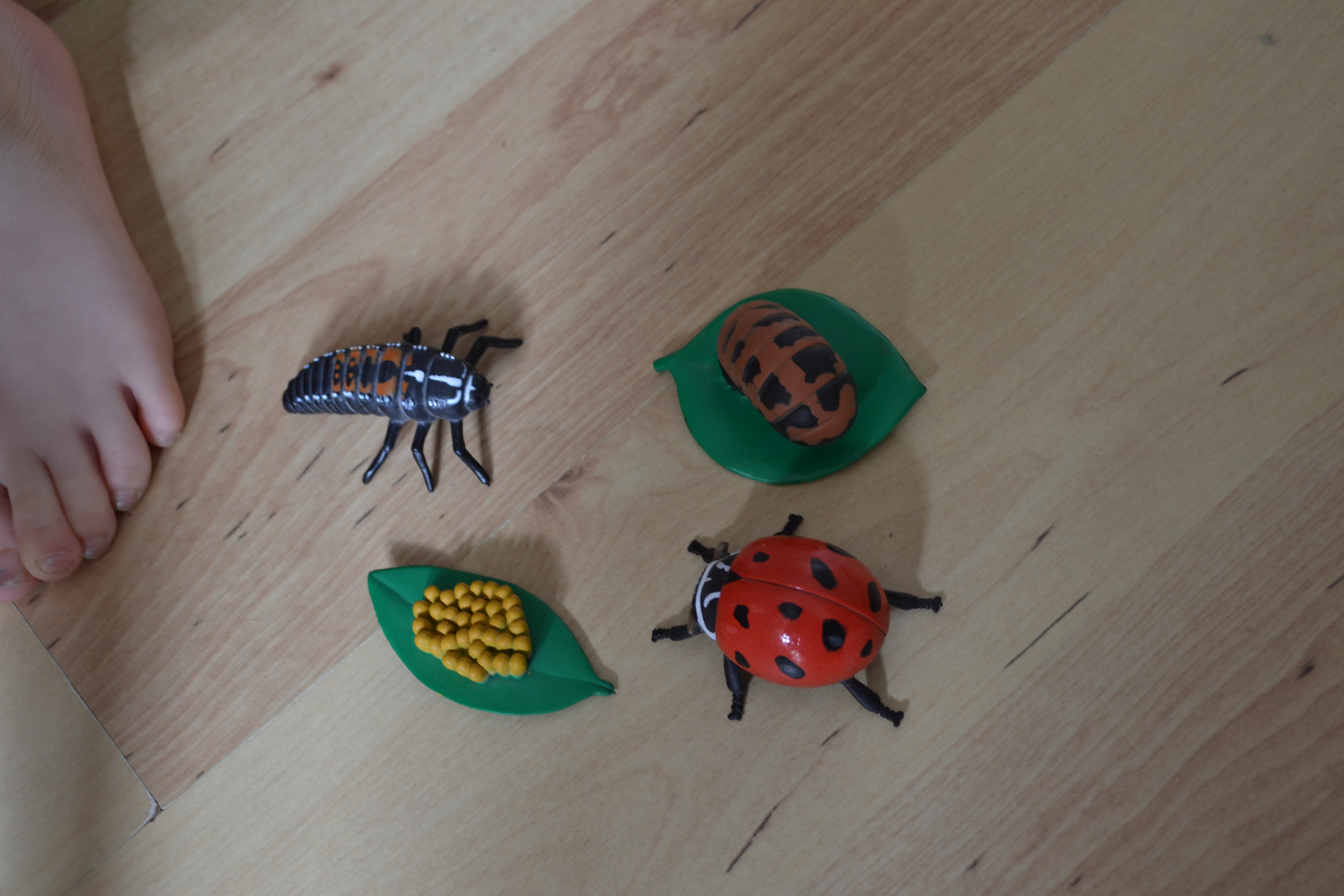 After covering part of the science and answering the many questions we moved onto an activity designed for pushing the craft and maths. I had made up ladybirds, but with a problem, they had lost their spots. On the back, it had a calculation for Alice to represent. 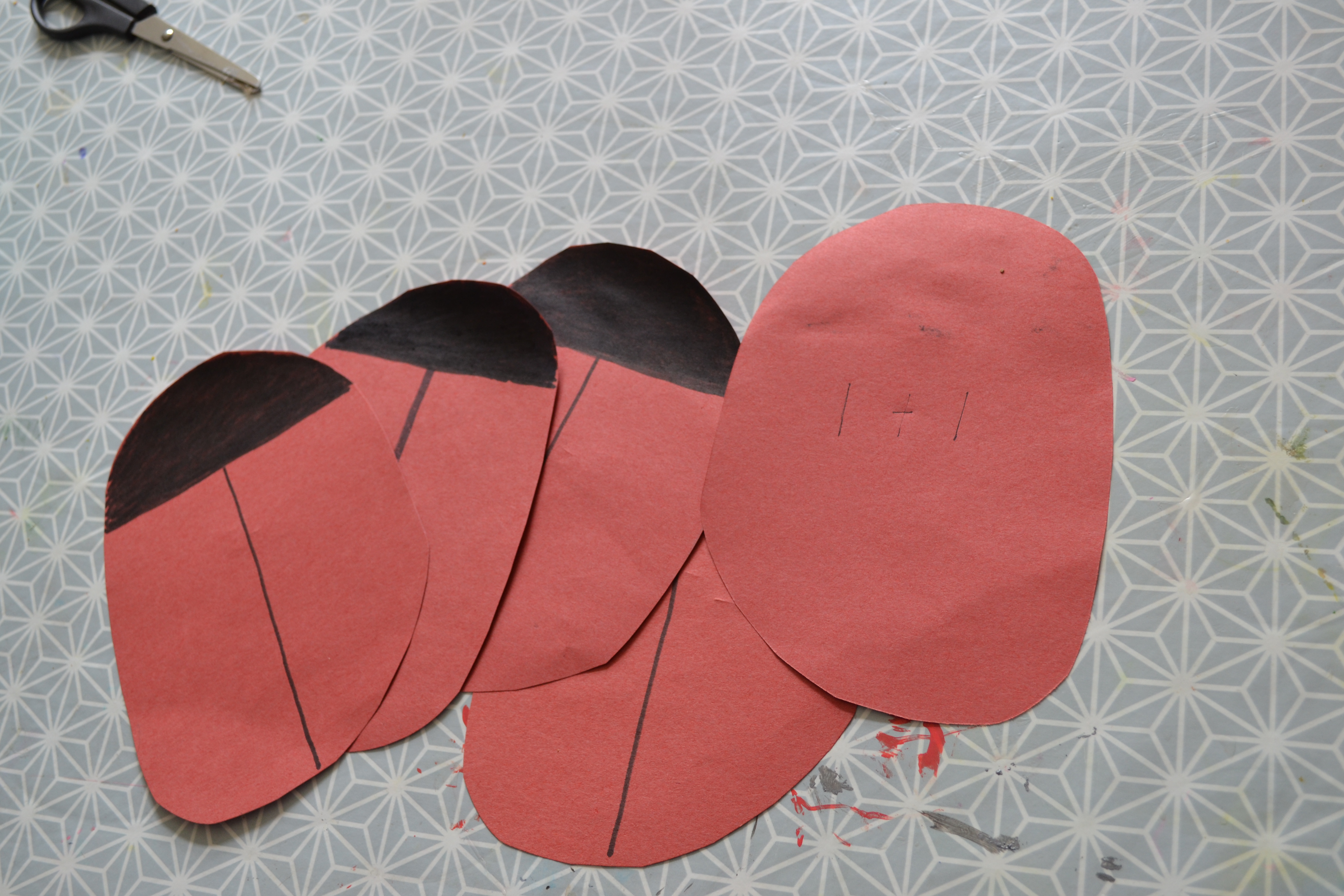 We added the spots with paint and a sponge brush. 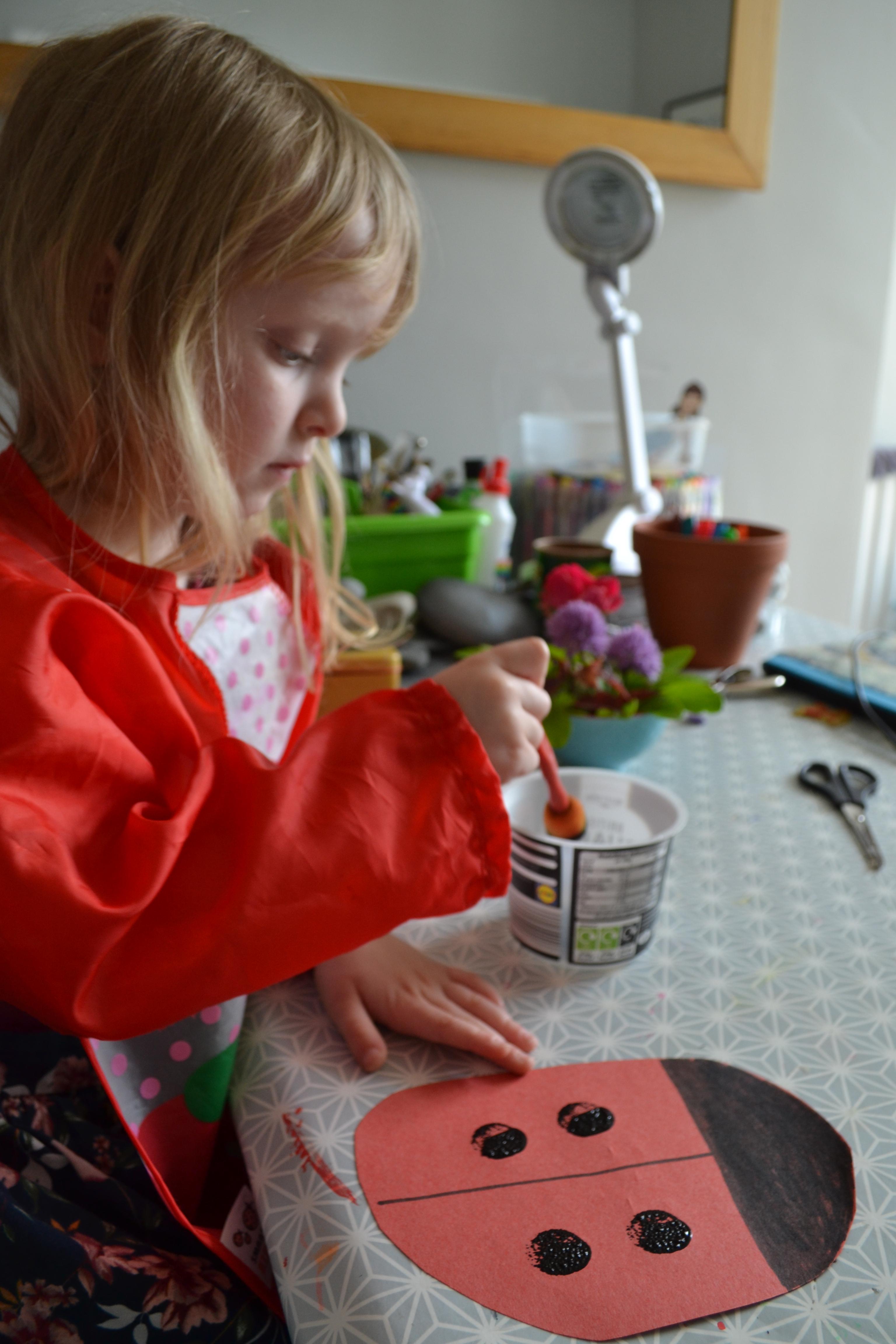 Once made we ordered the numbers and counted the doubles. Then I taught Alice the ladybird doubles song. 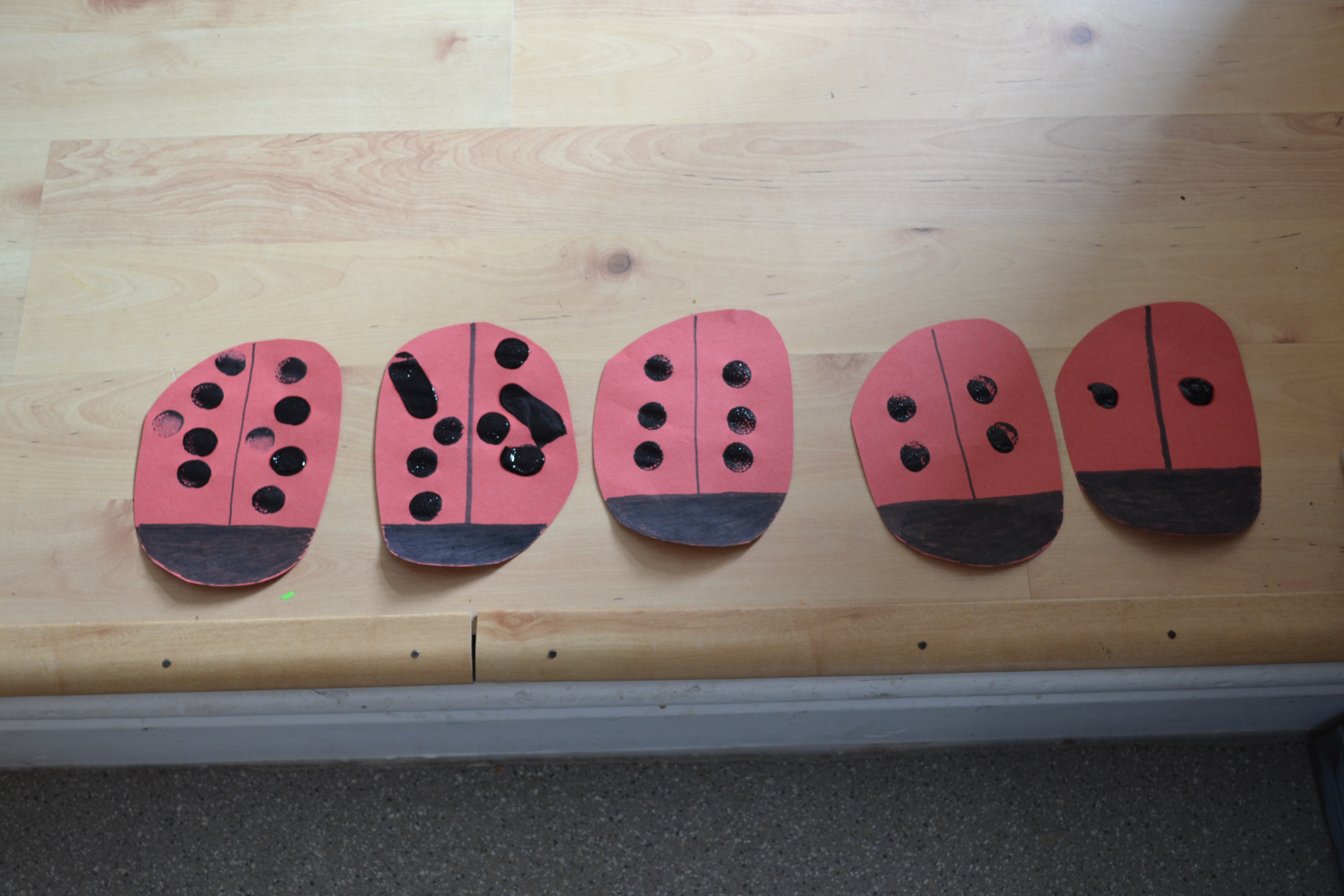 Then in the afternoon, we headed out to the park. 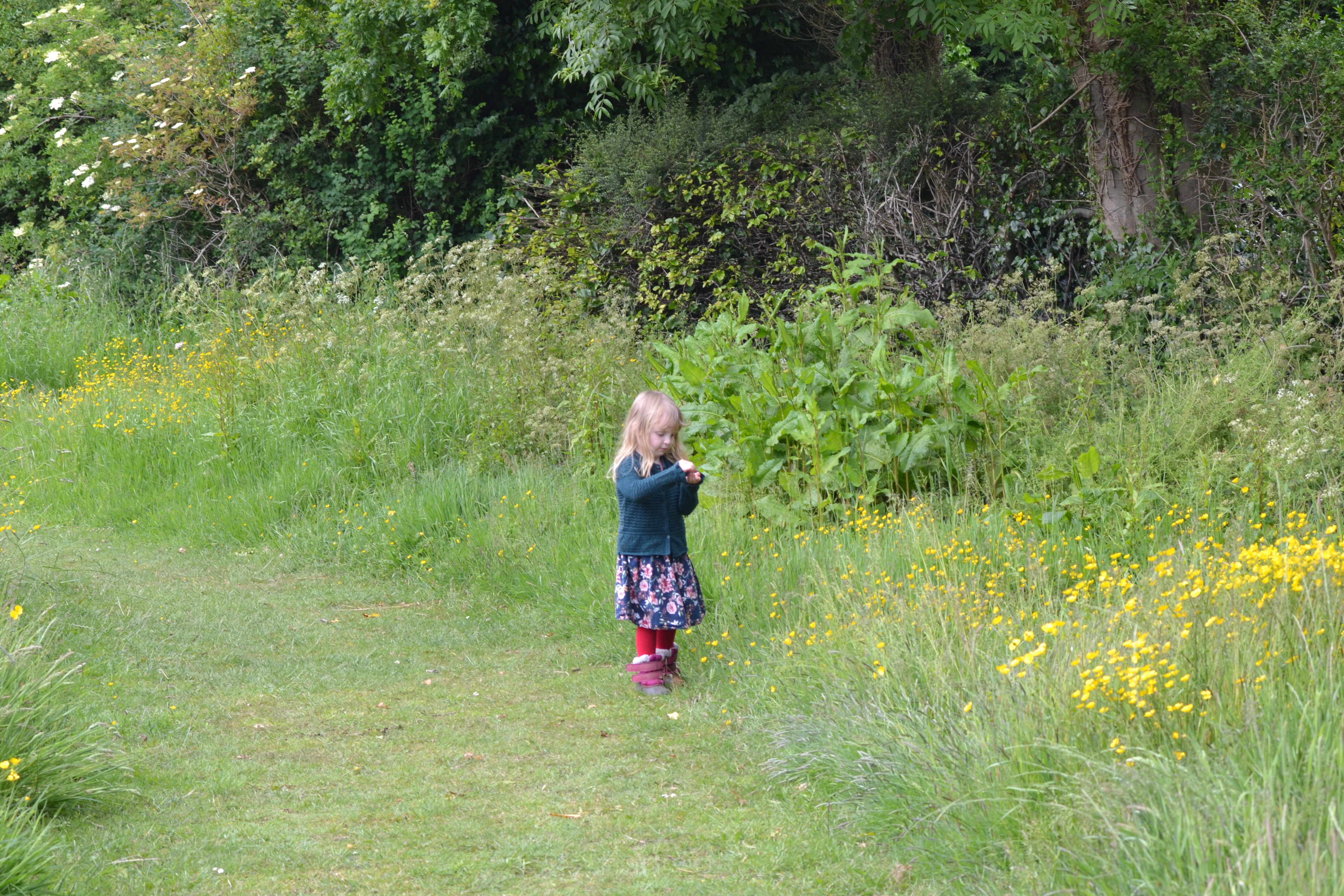 And I’m pleased to report we found the key stages of the ladybird. A mass of ladybirds, though many were the invasive harlequin we did see some 2 spots. The following photos are courtesy of Amy and her macro skills. We have the larvae first. There were lots to be found on the nettles and buttercups. 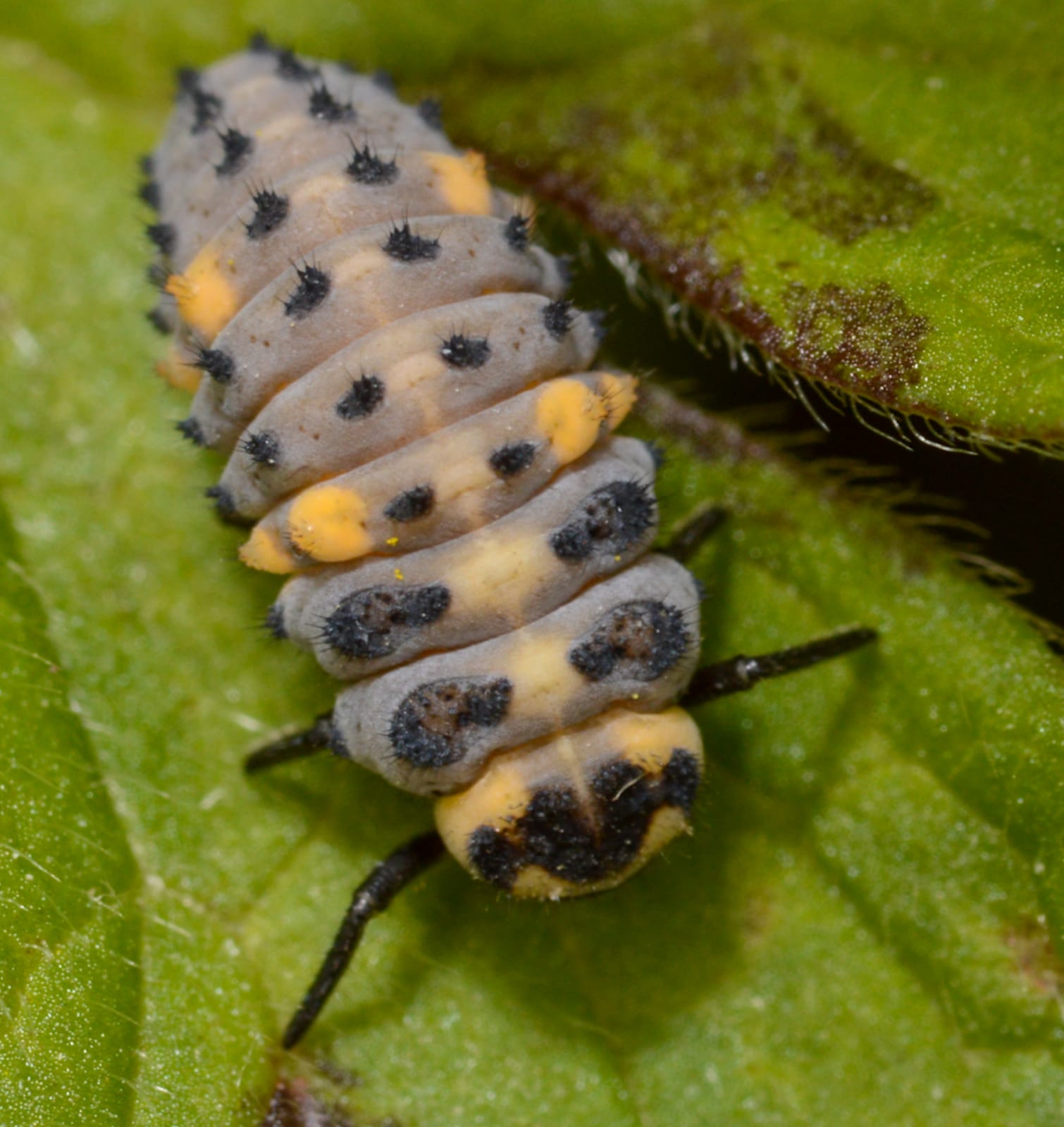 Followed by the pupa. 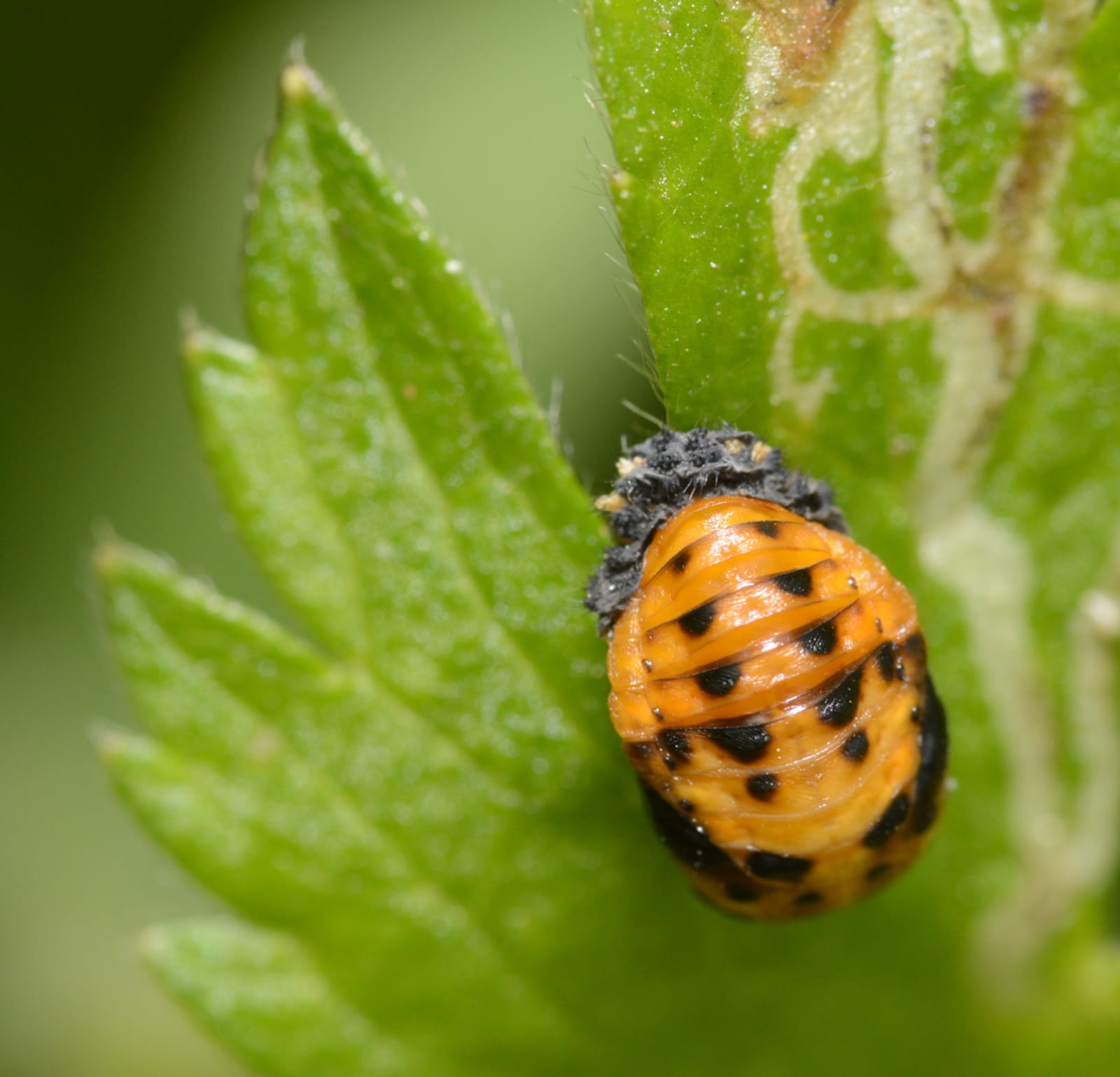 Then a handful of ladybirds. 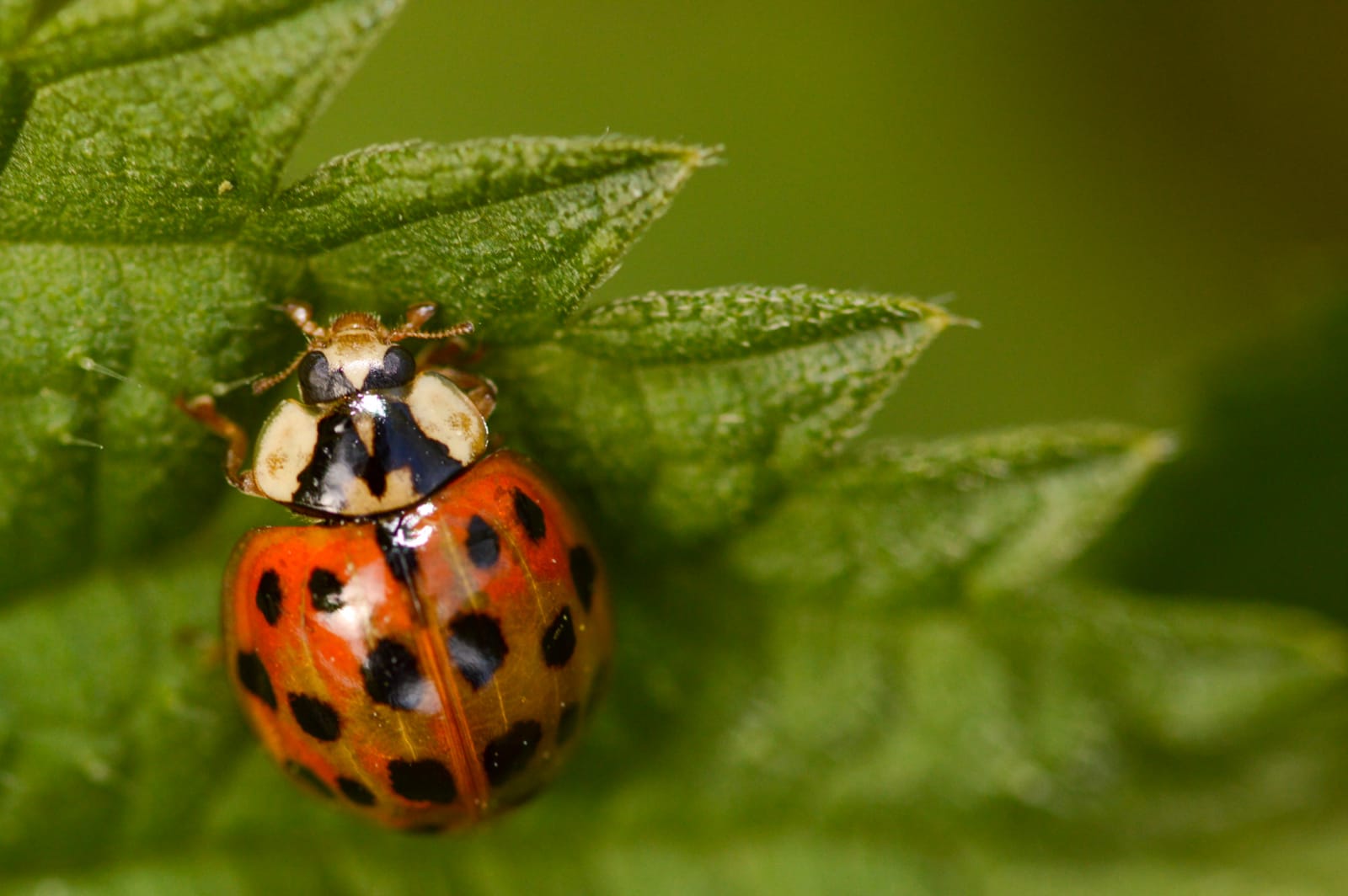 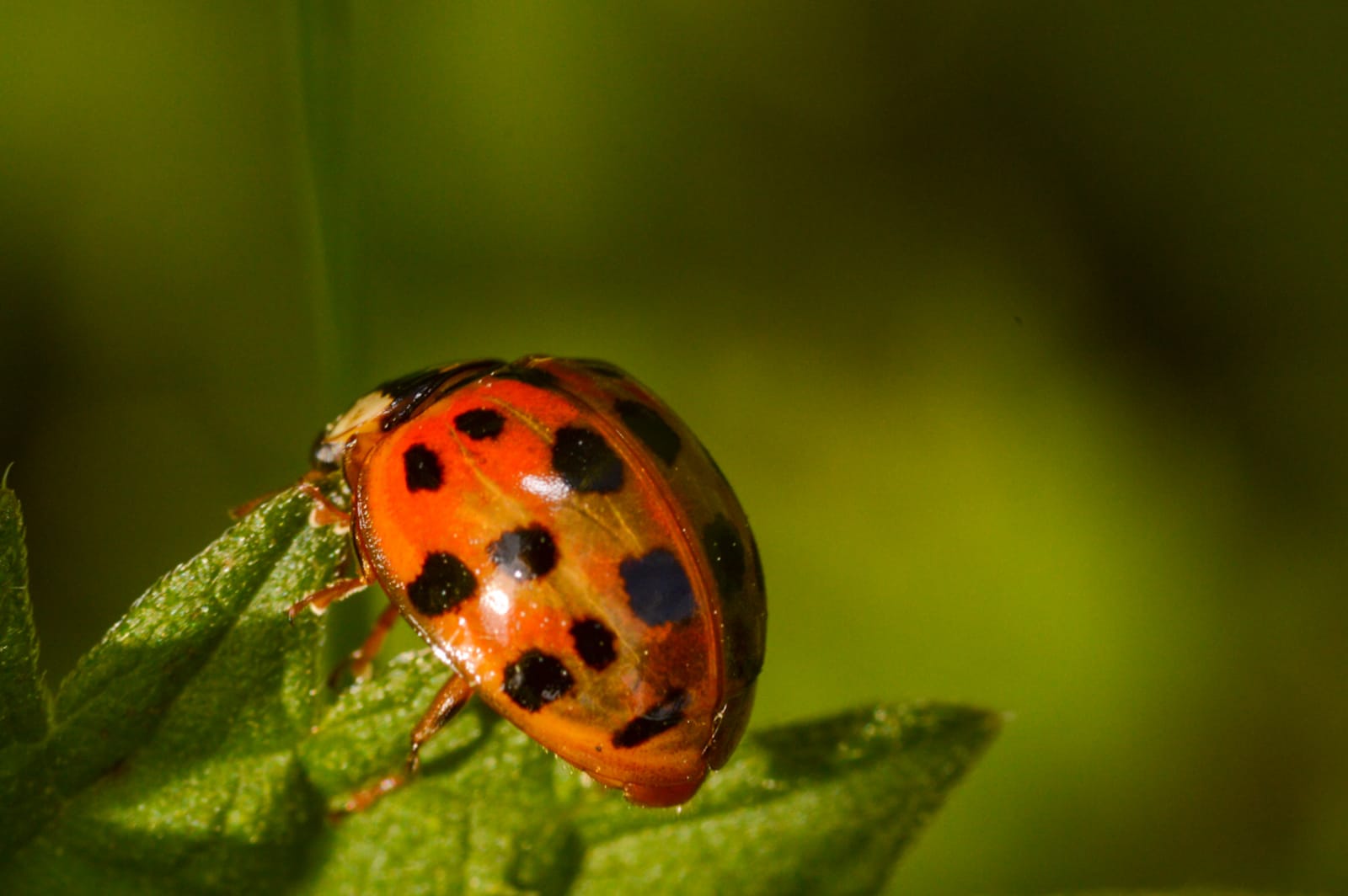 And I found one in our own garden. 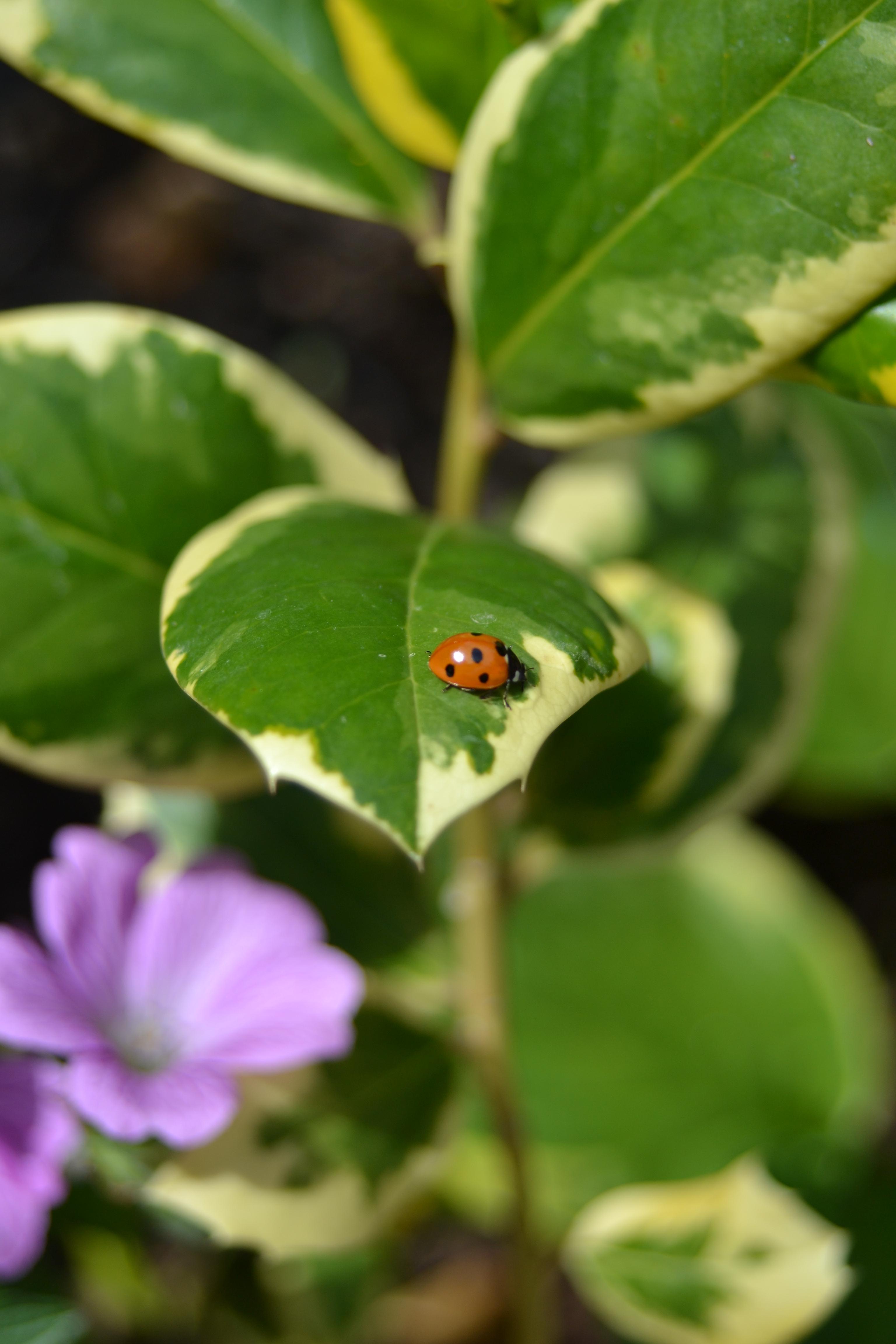 The two main beetle books I used today were the beetle book by Simon Jenkins and a beetle is shy by Dianna Hutts Aston and Sylvia Long. I’ve reviewed A nest is noisy previously by the same team. Both these books are beautifully illustrated and show the great variety in beetles as well as a chance to talk about different body parts, wing cases, mandibles, etc. For older children, there is the beetle boy series but Alice isn’t quite ready yet. 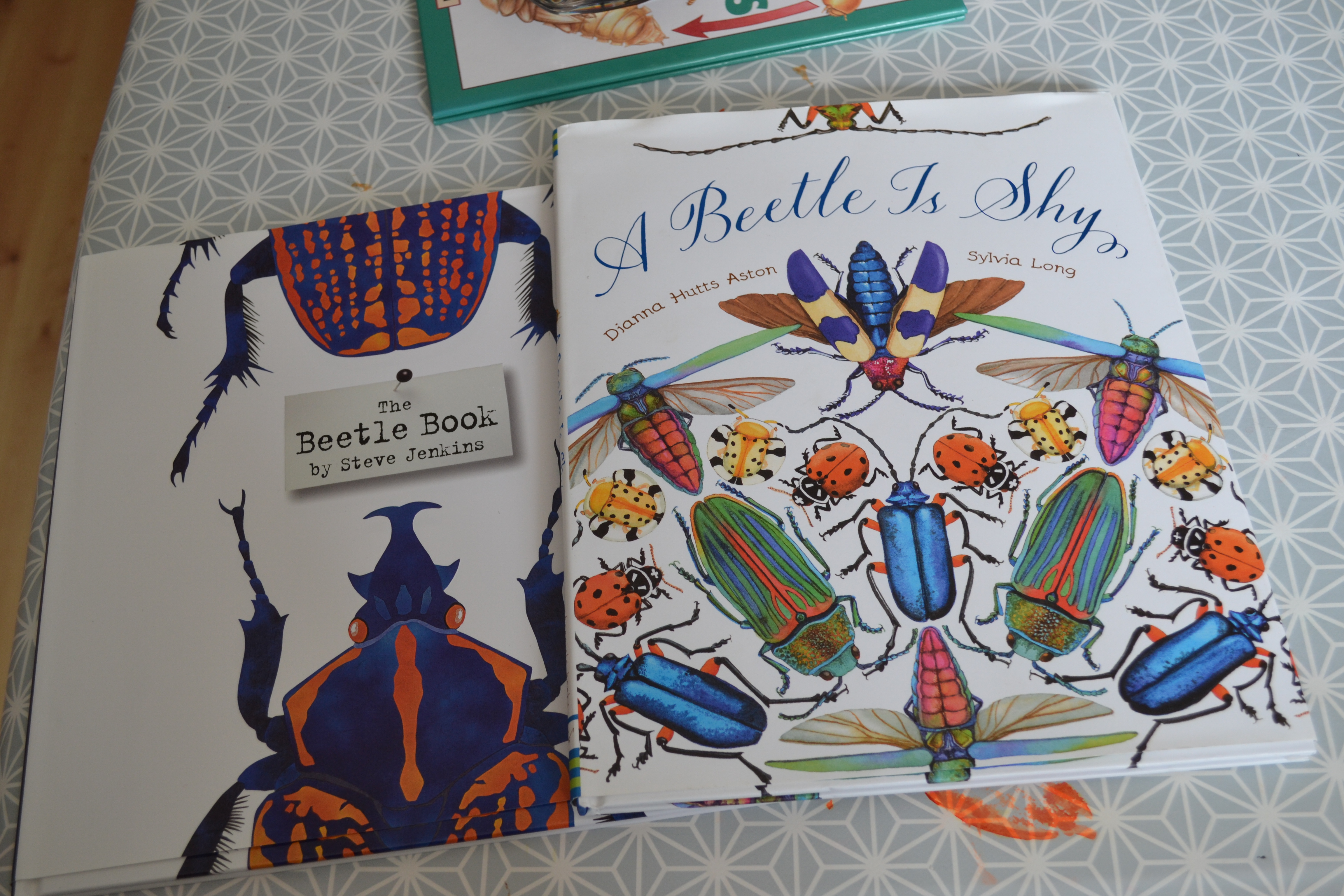 I hope you’re enjoying our 30 days journey so far. I’ve added a contents page if anyone wants to look for ideas. There are also lots of ideas used in previous years here.