Well, this week has seen us busy with 30 days wild. We have spent a lot of time in the garden but not so much on gardening except the grow your own. But at the moment it’s nice just to enjoy the mass of flowers coming through. We have had a few good bursts of rain the last few days which is doing the garden a world of good. The water butts should be filling up and the veg patch is moving on from the combination of sun and rain.

I planted two of these on opposite fences and they are now in their 3rd Summer. The aim was to train them out for the horizontal growth to encourage flowering. I think training is going fairly well. Plenty of flowers all along both with plenty more on the way. A little more training to get another layer along the top of the fence but we have a good number of flowers this year. 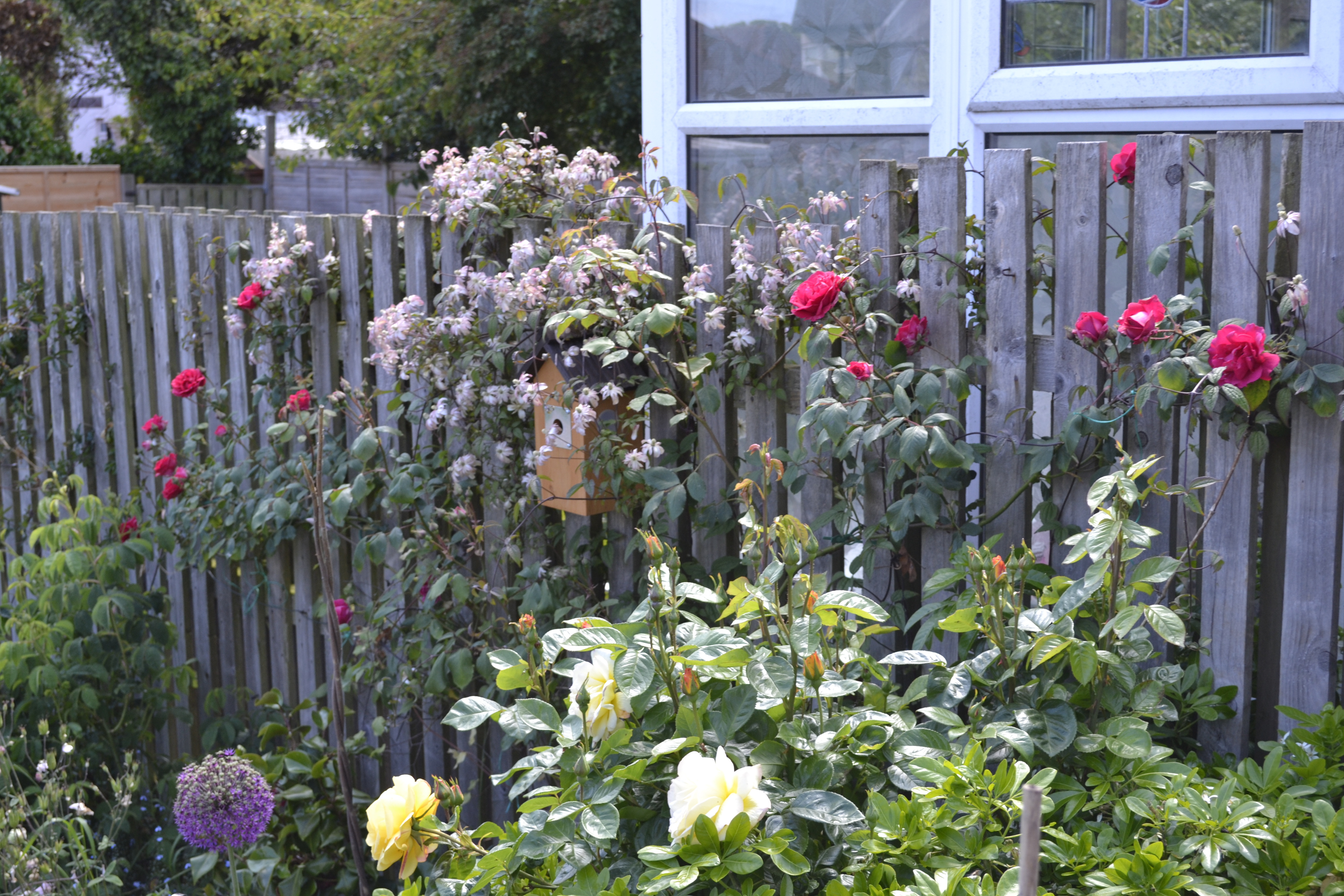 On the opposite fence, I’d planned for the combination of the white allium nigrums contrasting with the roses and so far so good. 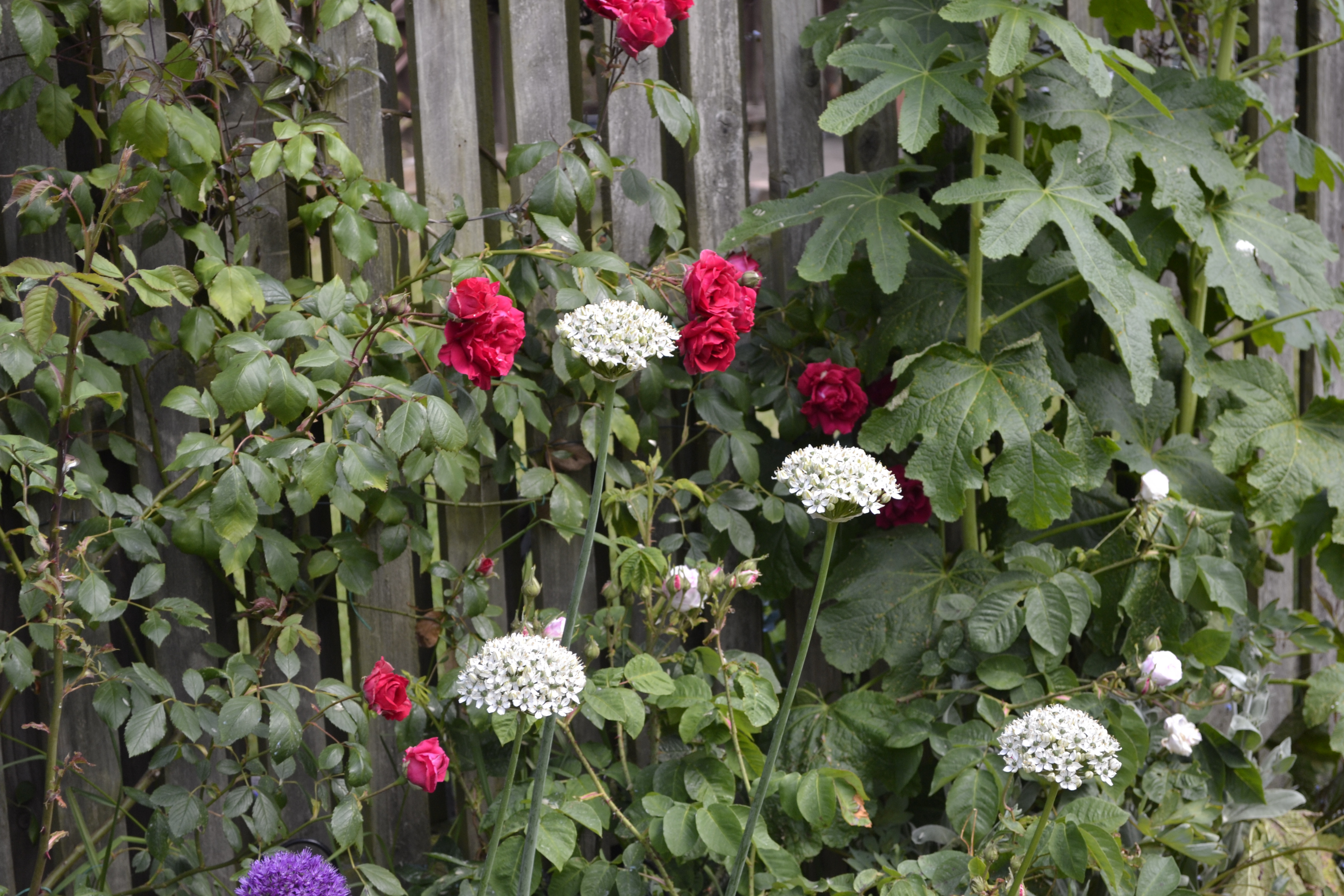 It’s full of blooms with many more on the way. 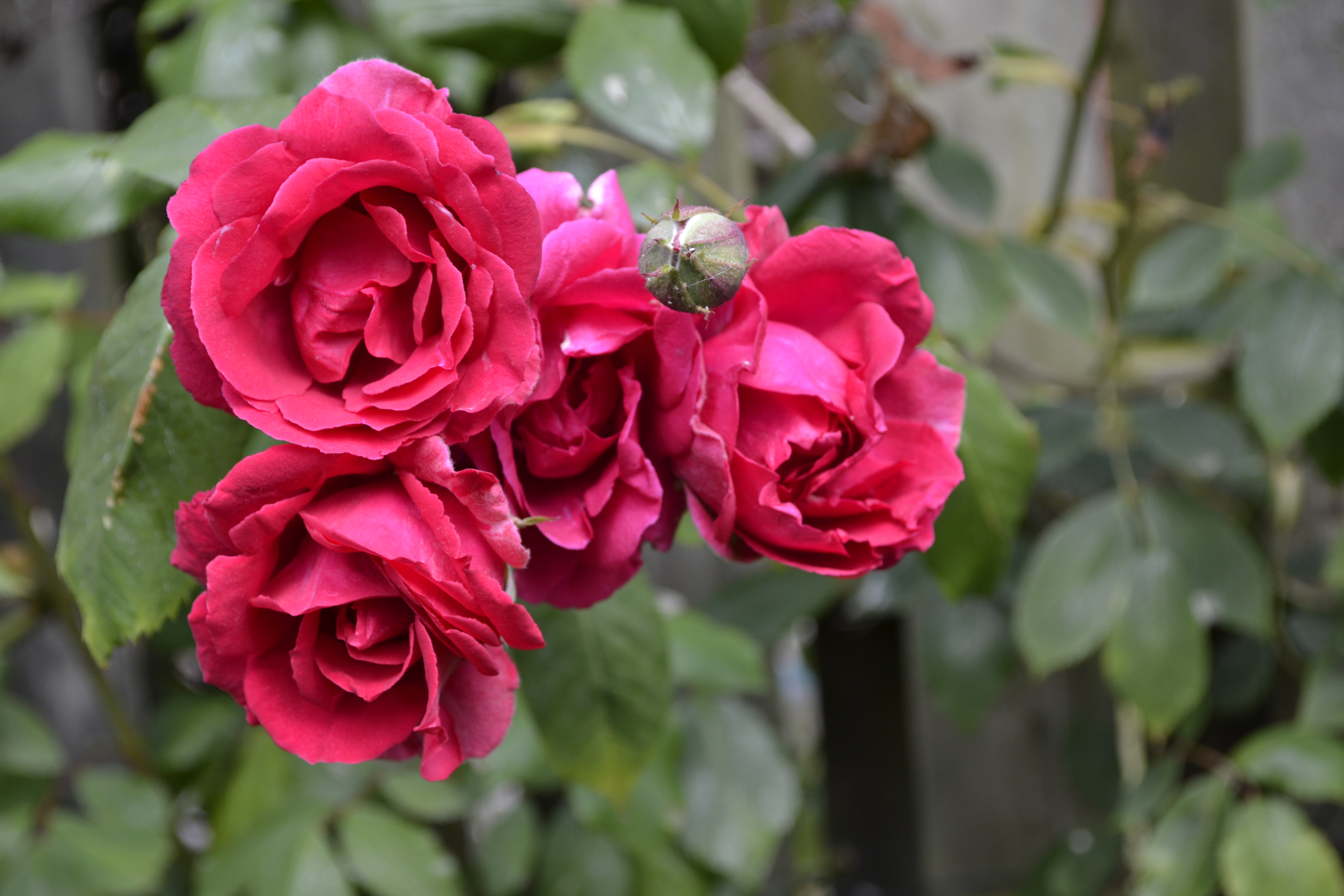 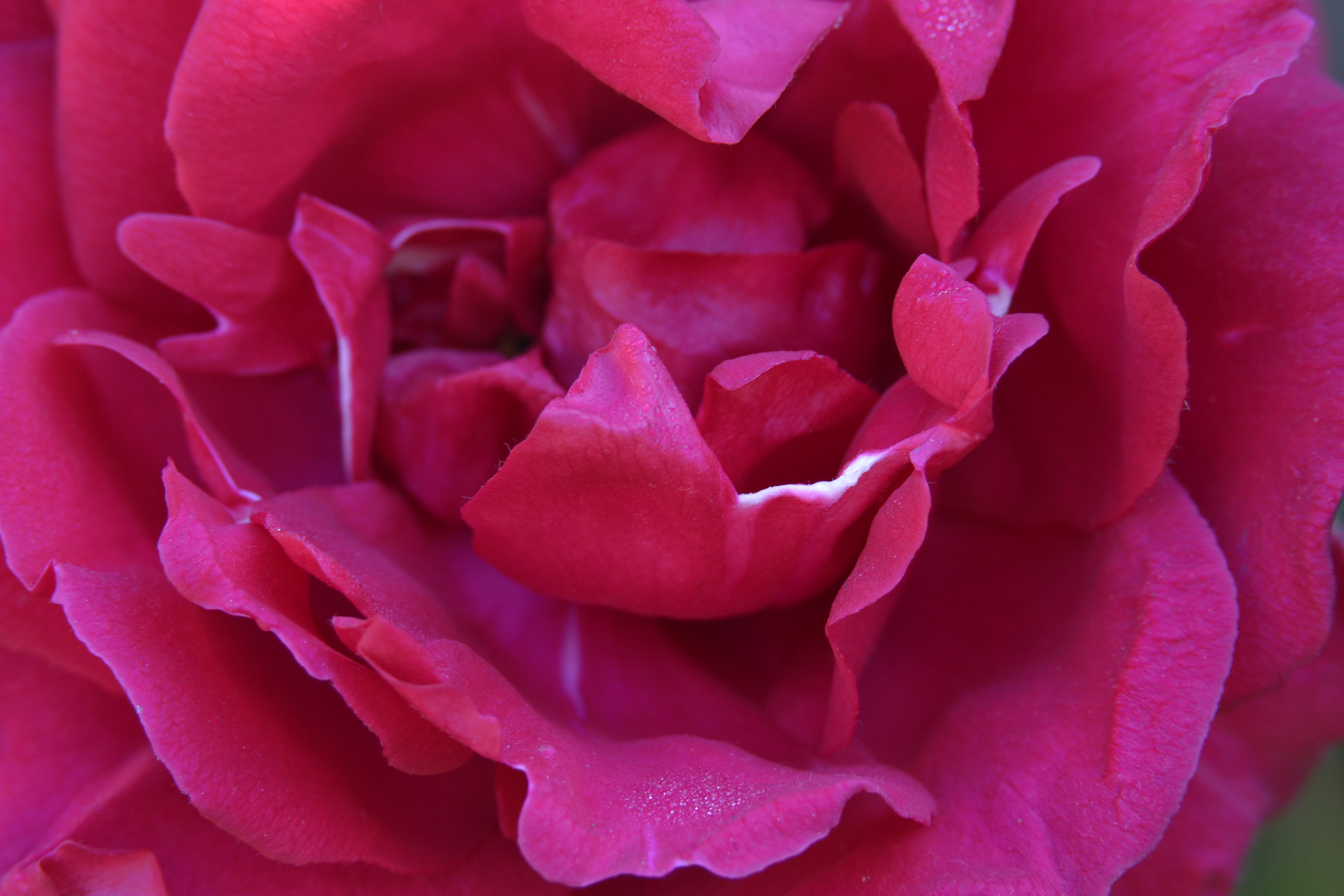 Here are the Allium nigrums in more detail. I grew a few last year and I liked them so much I’ve added more. They are a nice tall variety growing out of the mass of geraniums. The white is standing out well amongst the mass of greenery. I think I could go for even more of these next year. 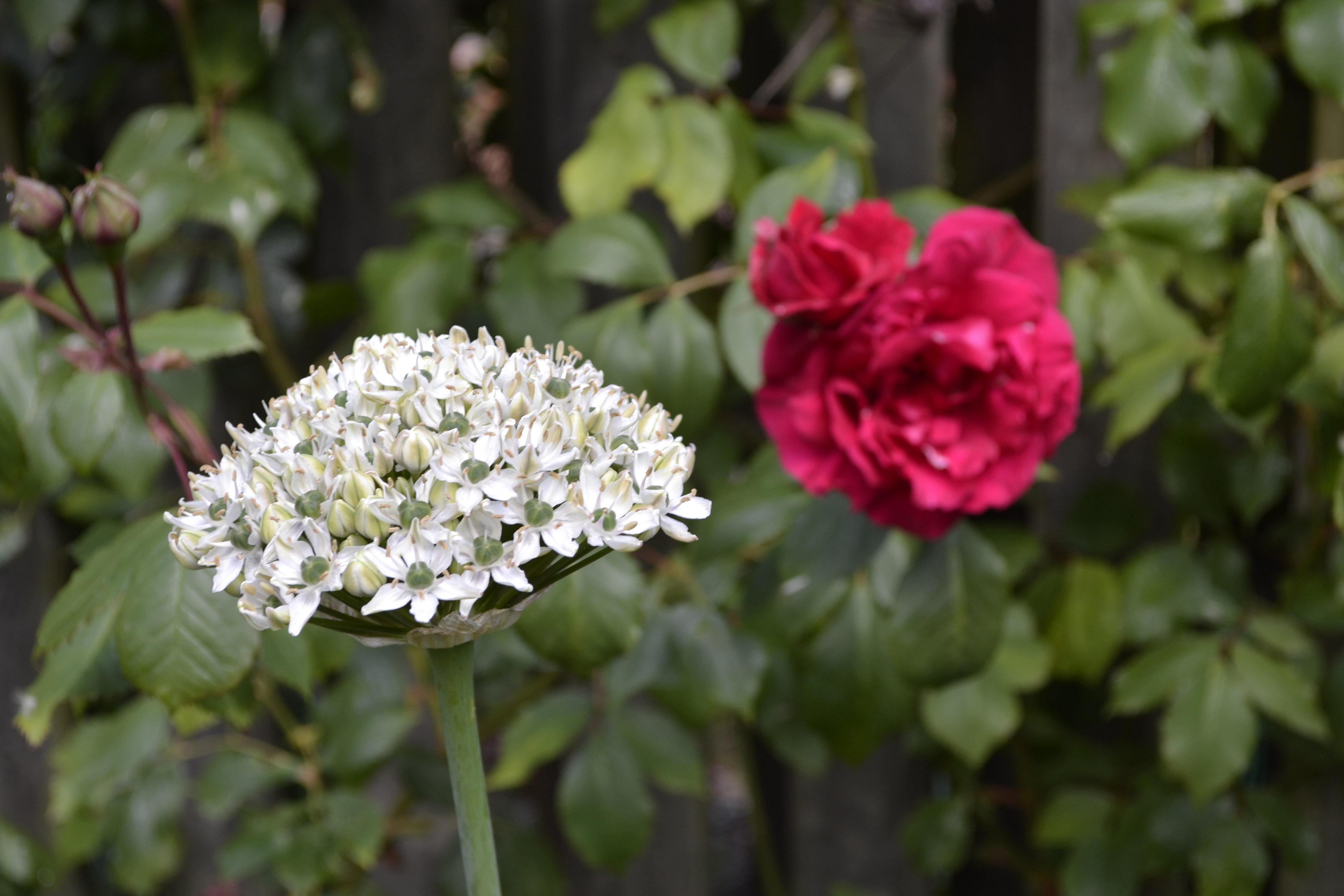 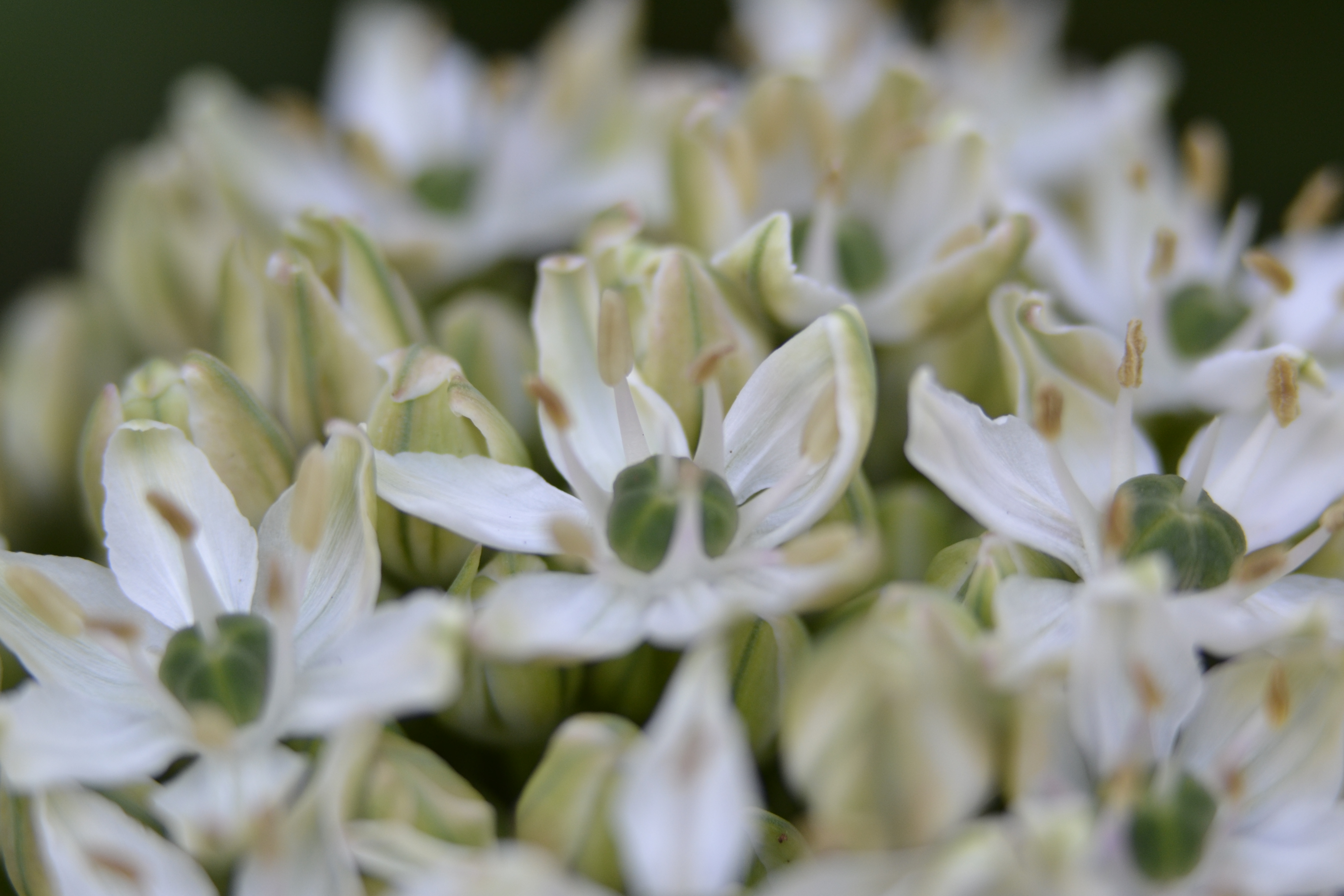 The little patch of chives near the driftwood has been bringing in lots of bees. While I can harvest them as a herb and for an edible flower I don’t like to deprive the bees so they end up staying on. I might divide them this year as it’s getting to a good size patch now. 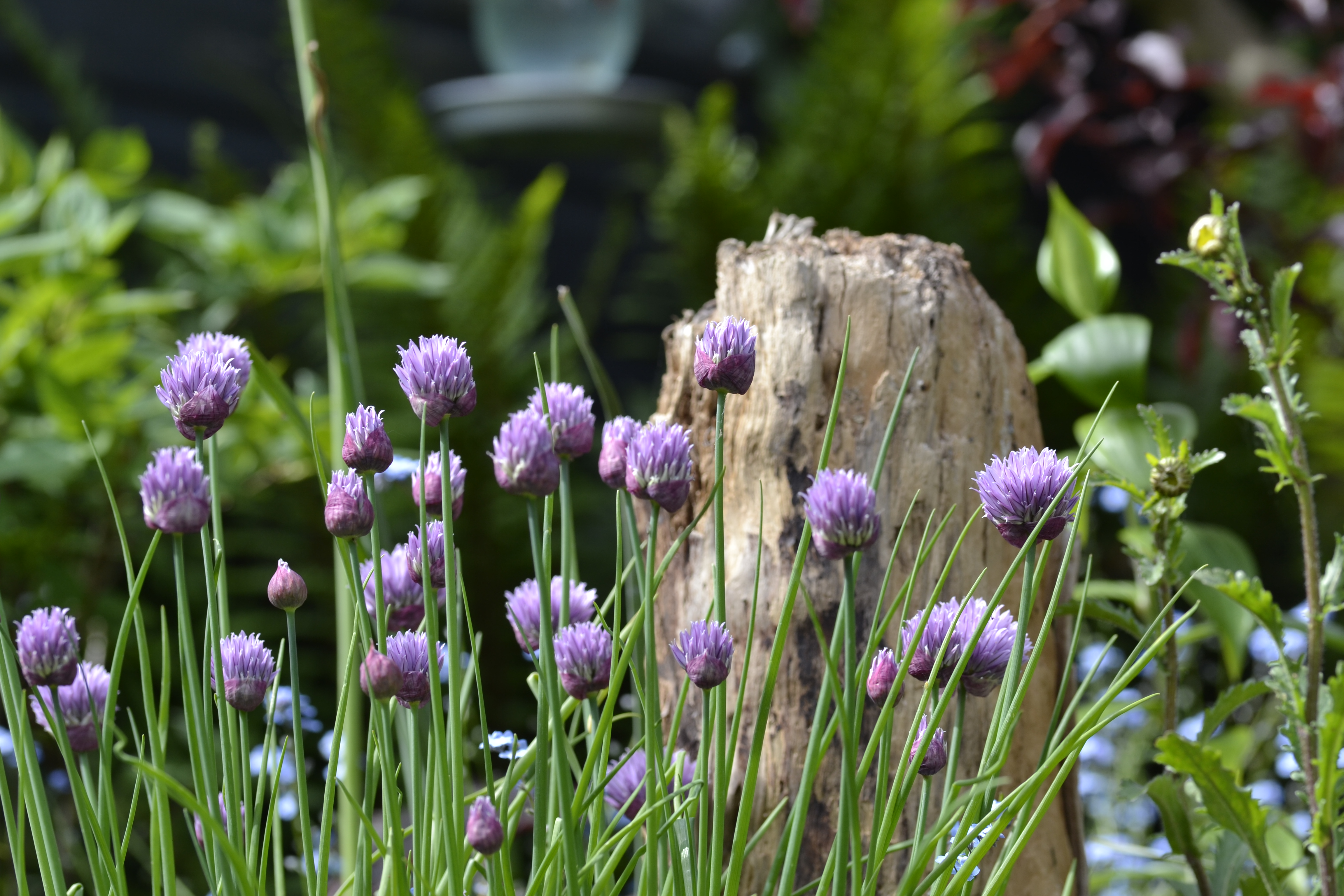 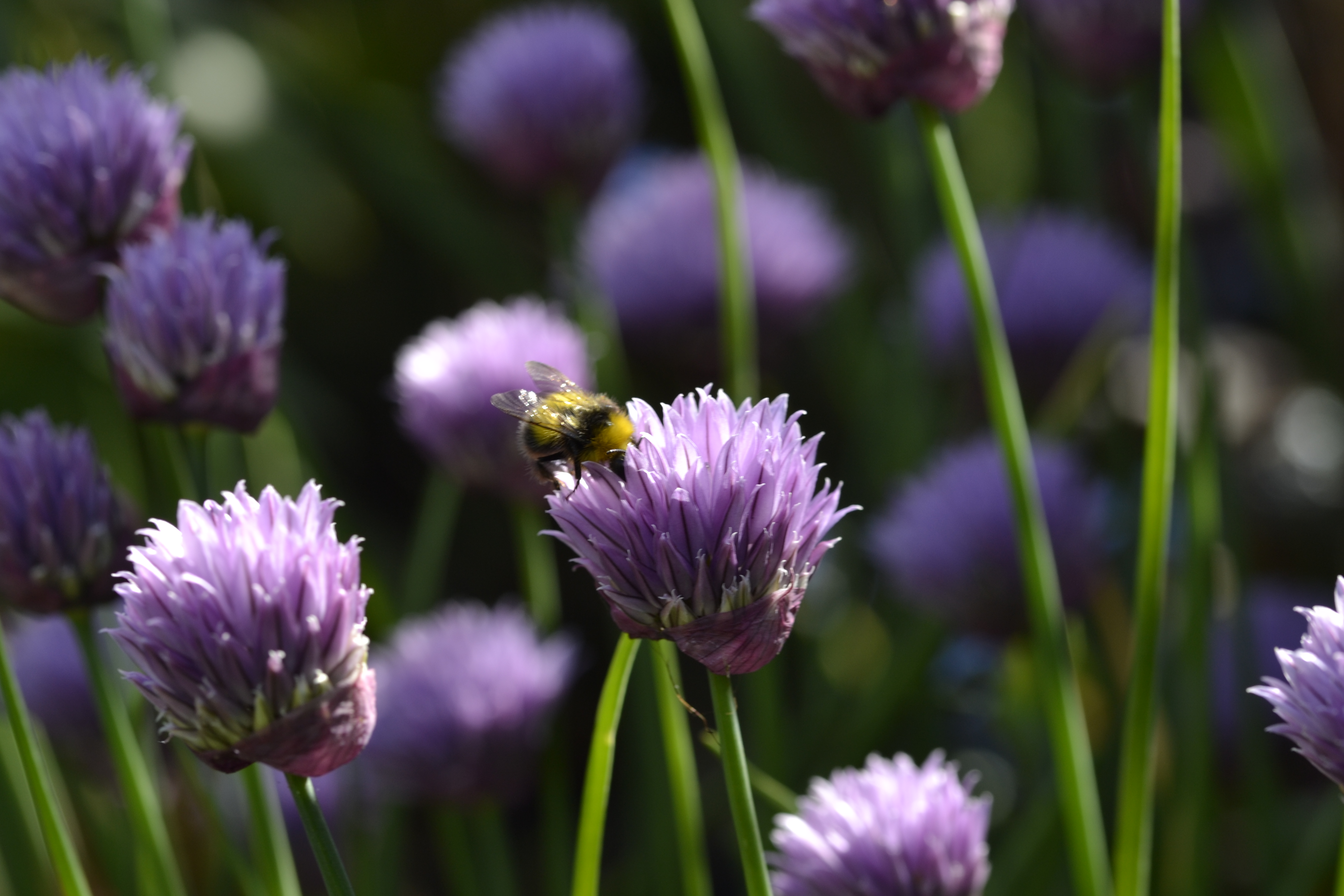 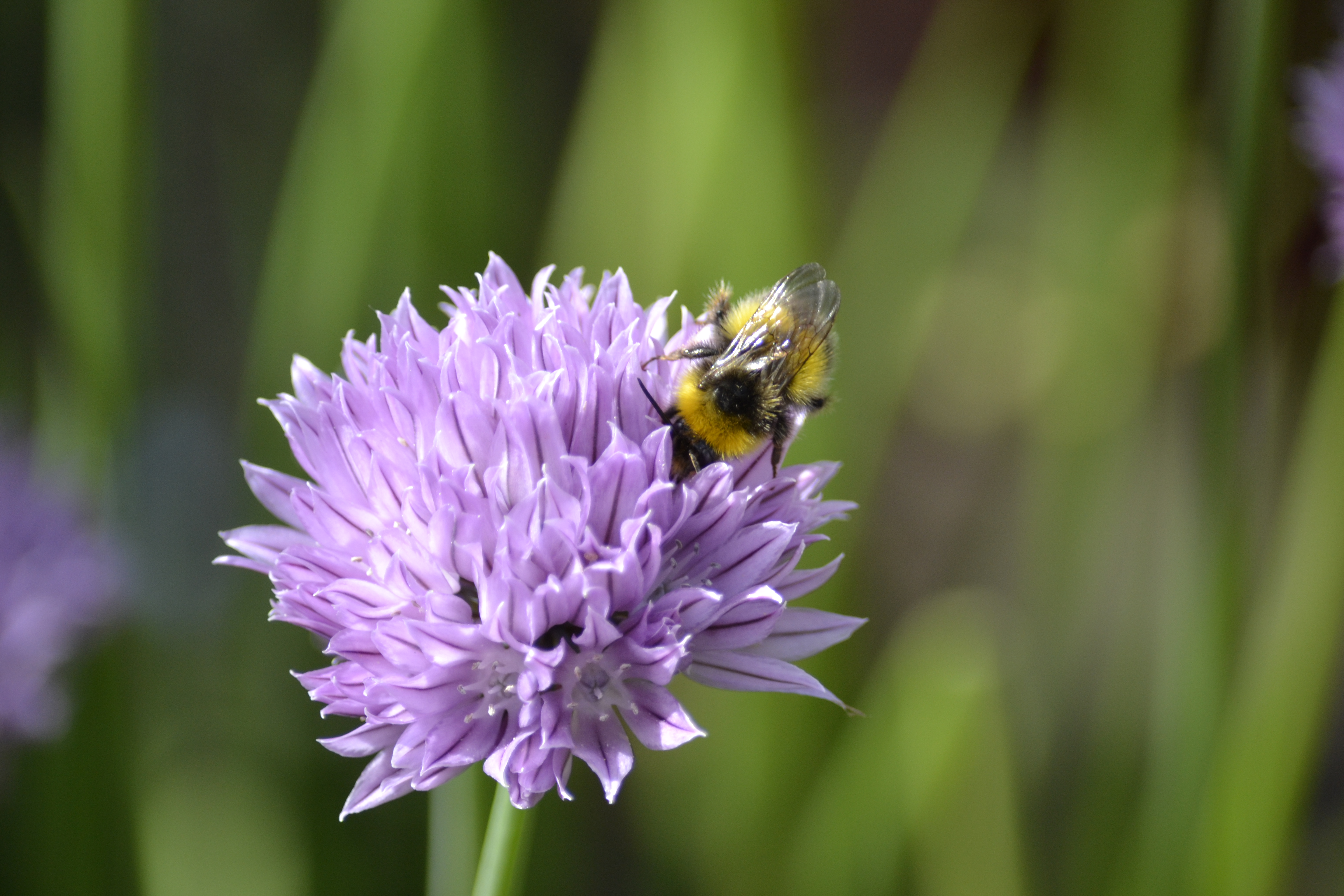 I won a new lawnmower courtesy of a Skinny Jeans Gardener competition, or more accurately Alice won a new lawnmower. She was meant to win a toy lawnmower but Flymo sent an actual one and a strimmer. She isn’t too bothered for it so I’m putting it to use. I already had a Flymo but as this one is a bit newer I thought I’d keep this one and I’ve given my old one away. It’s a little smaller than my old one but that makes it easier going over our uneven lawn. I’ve got it set to the highest level currently as that helps with the periods of drought, though we have had the rain this week I doubt will last. 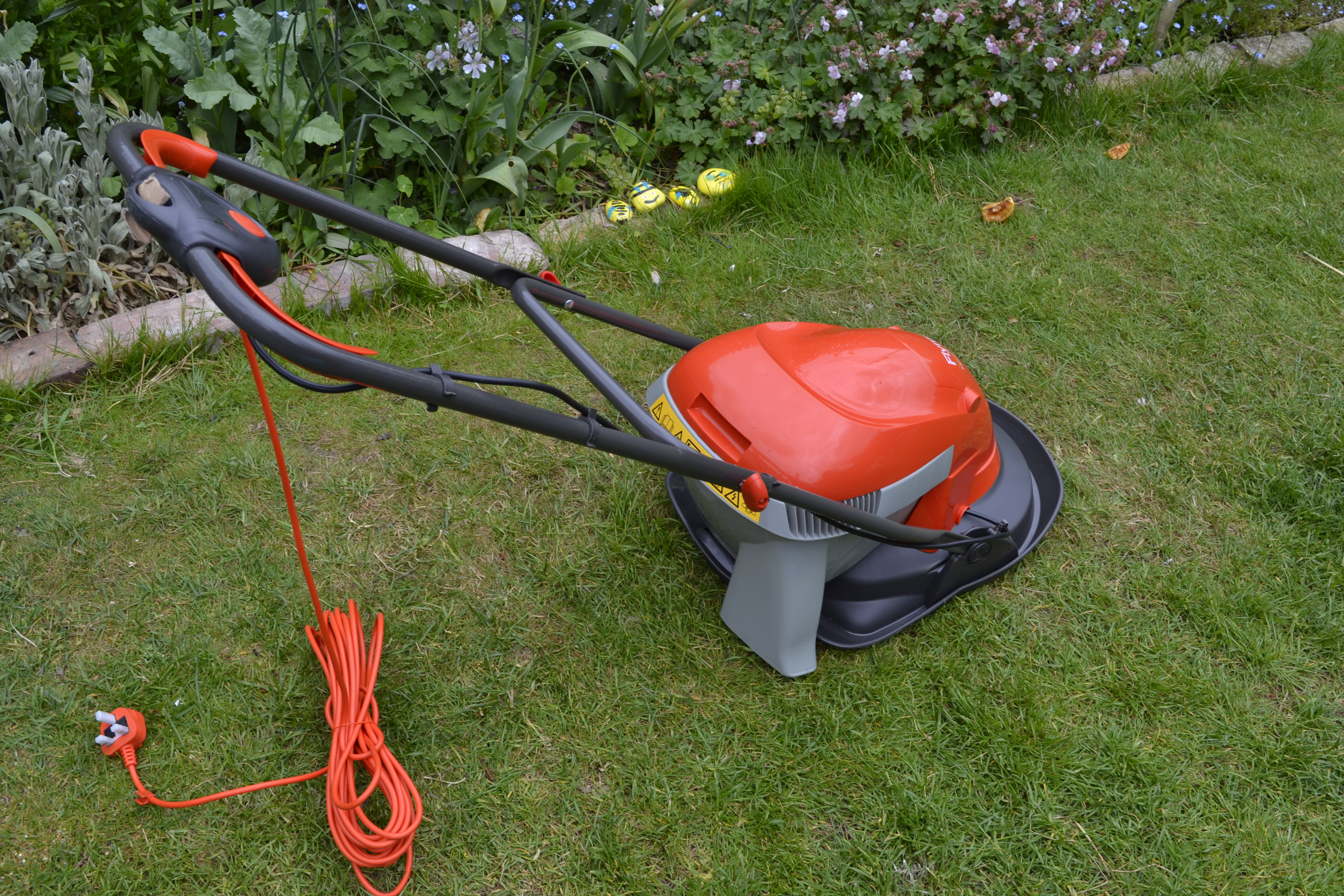 And a strimmer for the lawn edging. I tend to cut parts of the border neat with the brick edging while a few areas I leave longer for the wildlife. It made short work of the edging nice and quick and useful for going around the raised veg bed. 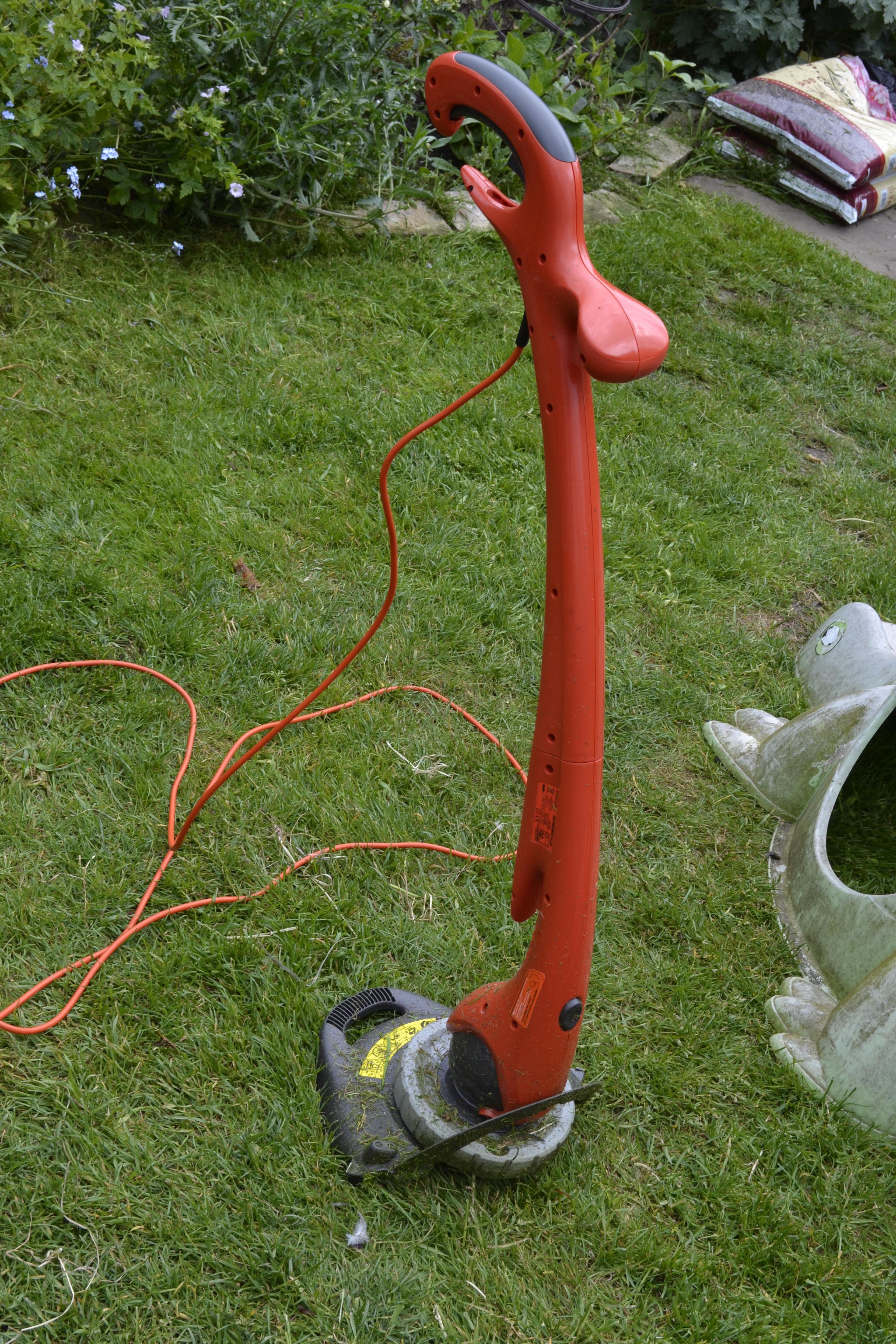 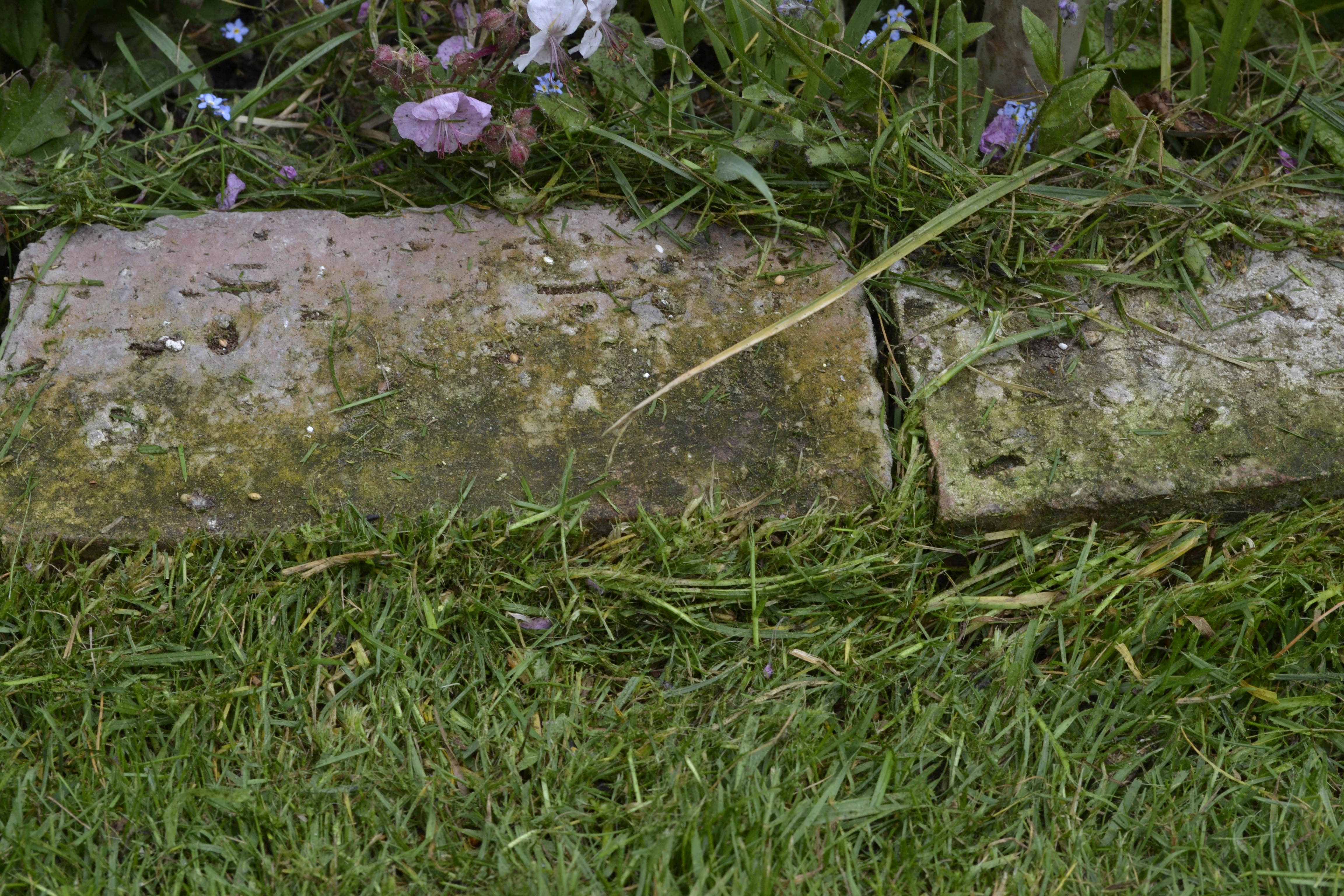 The ox-eye daisies were one of the first flowers I grew from seed on the garden. They now self-seed all over the place. I let them flower, then either cut them back or pull them out. More will replace them. They are named again and again as one of the best for pollinators and always attract a wide range of insects with their easily accessible open flowers. 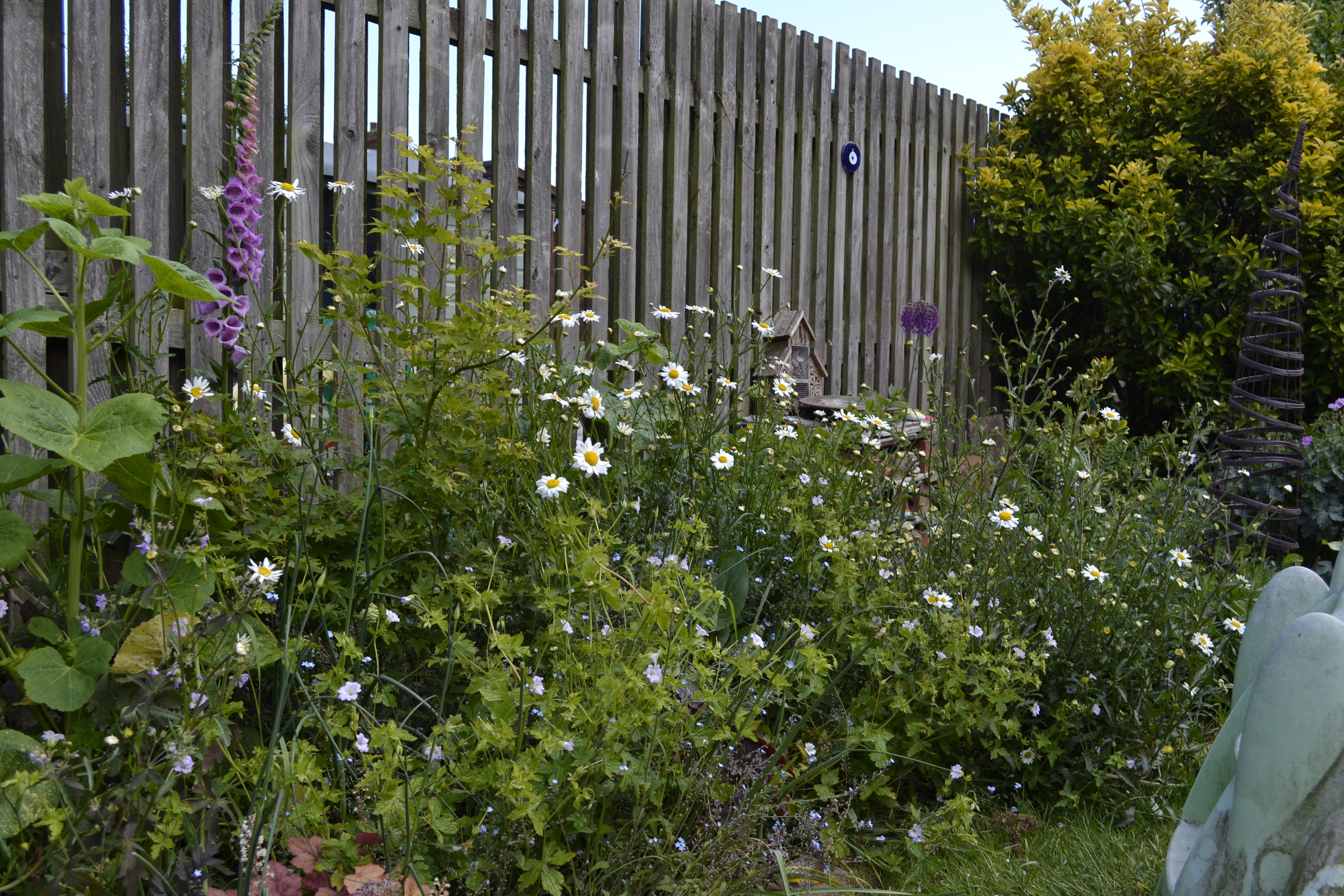 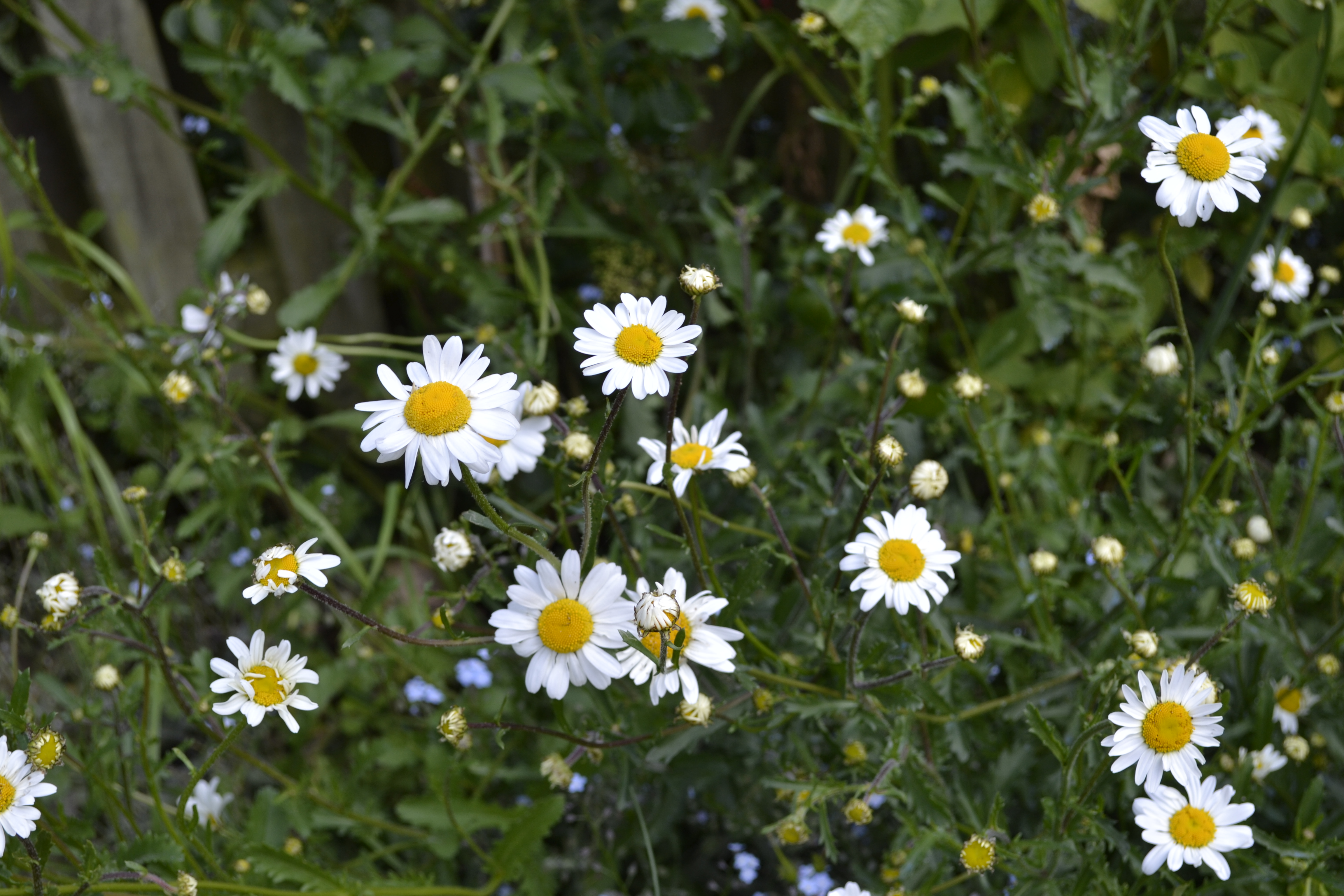 The first of the marigolds have opened. A bit ahead of the rest. These self-seed around but I also gave Alice a lot of packs of seed this year that could be sown direct. She has been scattering these around and I look to be getting an abundance of marigolds this year. 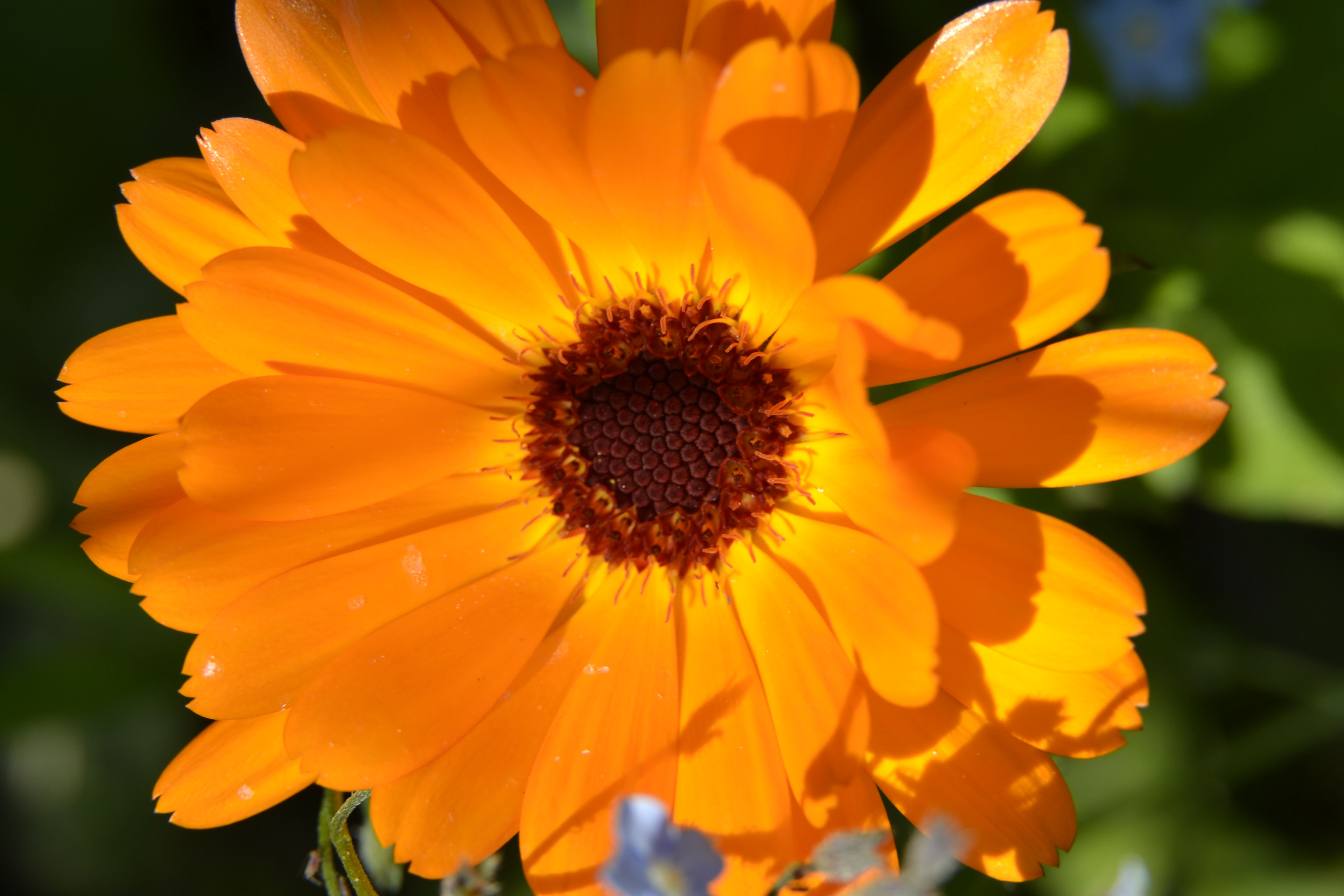 The garden is looking great right now but I need to get on with the staking that as usual, I’ve been tardy over. All the wet weather with bursts of sun will have brought the weeds on so I need to try and give the garden a bit more attention. I’ve just completed another RHS assignment which frees up a bit of time. Enjoy your weekends. We’ve got a bit more 30 days fun planned.