Well, it’s been a busy week for garden media, despite lockdown. The virtual Chelsea flower show has dominated the TV during the week. After giving my opinion earlier in the week the TV coverage has still been pretty dull. But it can’t have been easy to fill the number of hours they had assigned to it. Though, I still feel the 15+ hours of coverage could have been put to better use. 15 hours could give a good introduction to gardening but obviously, it isn’t easy making TV on lockdown. The online content has been much better though with some great slots from designers and growers without the fuss of show gardens. The Virtual Chelsea garden competition was inevitably won by people with stunning gardens, but many times the size of the average garden. But my tweet did make the RHS website. 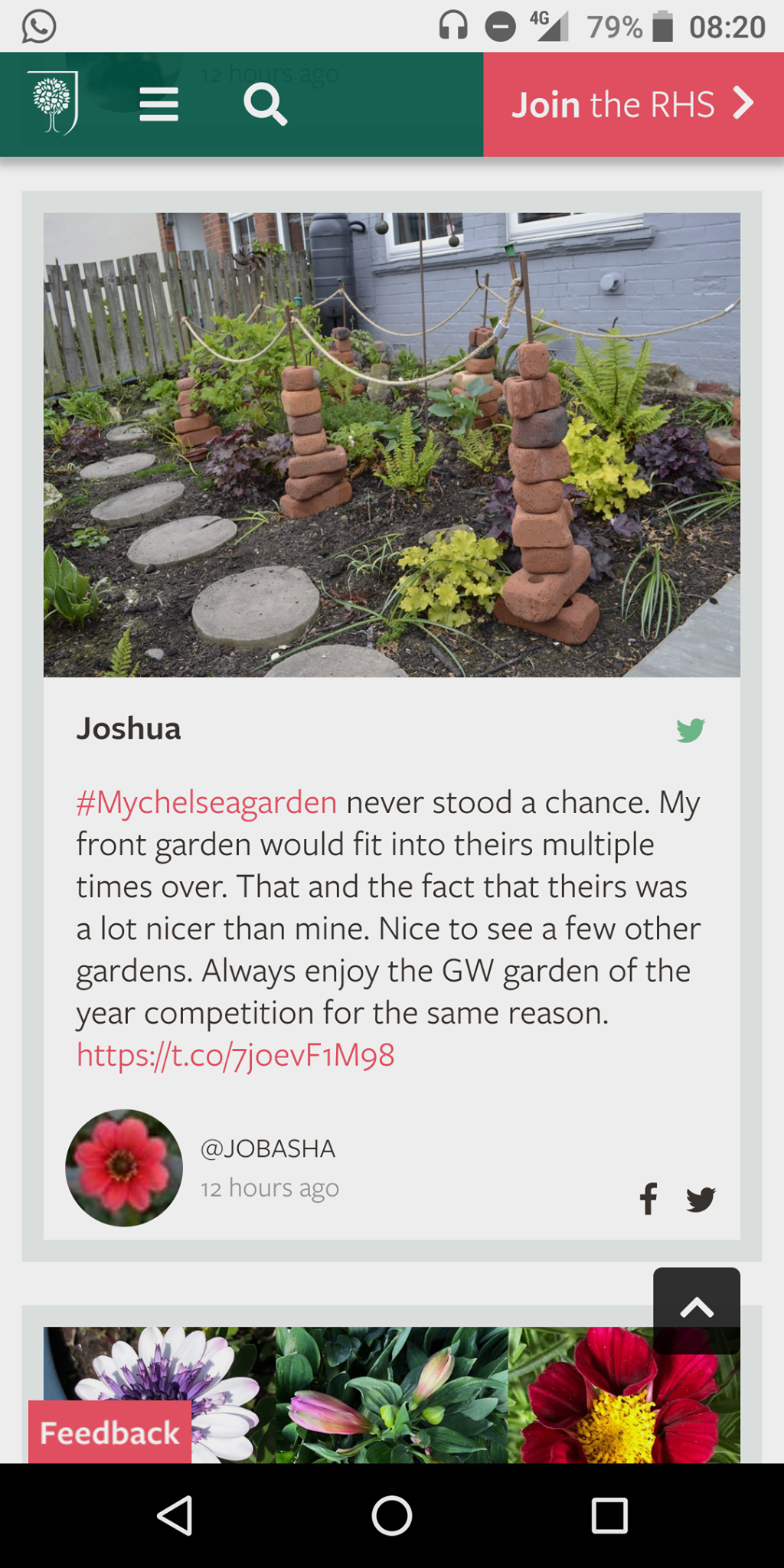 Renardii was one of the early purchases I made for the garden. This one has been a slow spreader. The Margery Fish advice of, “if in doubt, plant a geranium” is sound advice and they are all over my garden. I’ve seen it featured on several other peoples six on Saturday posts and they’ve lamented that it doesn’t flower as well as other hardy geraniums. Mine has a reasonable number but it probably isn’t as filled as other hardy geraniums. 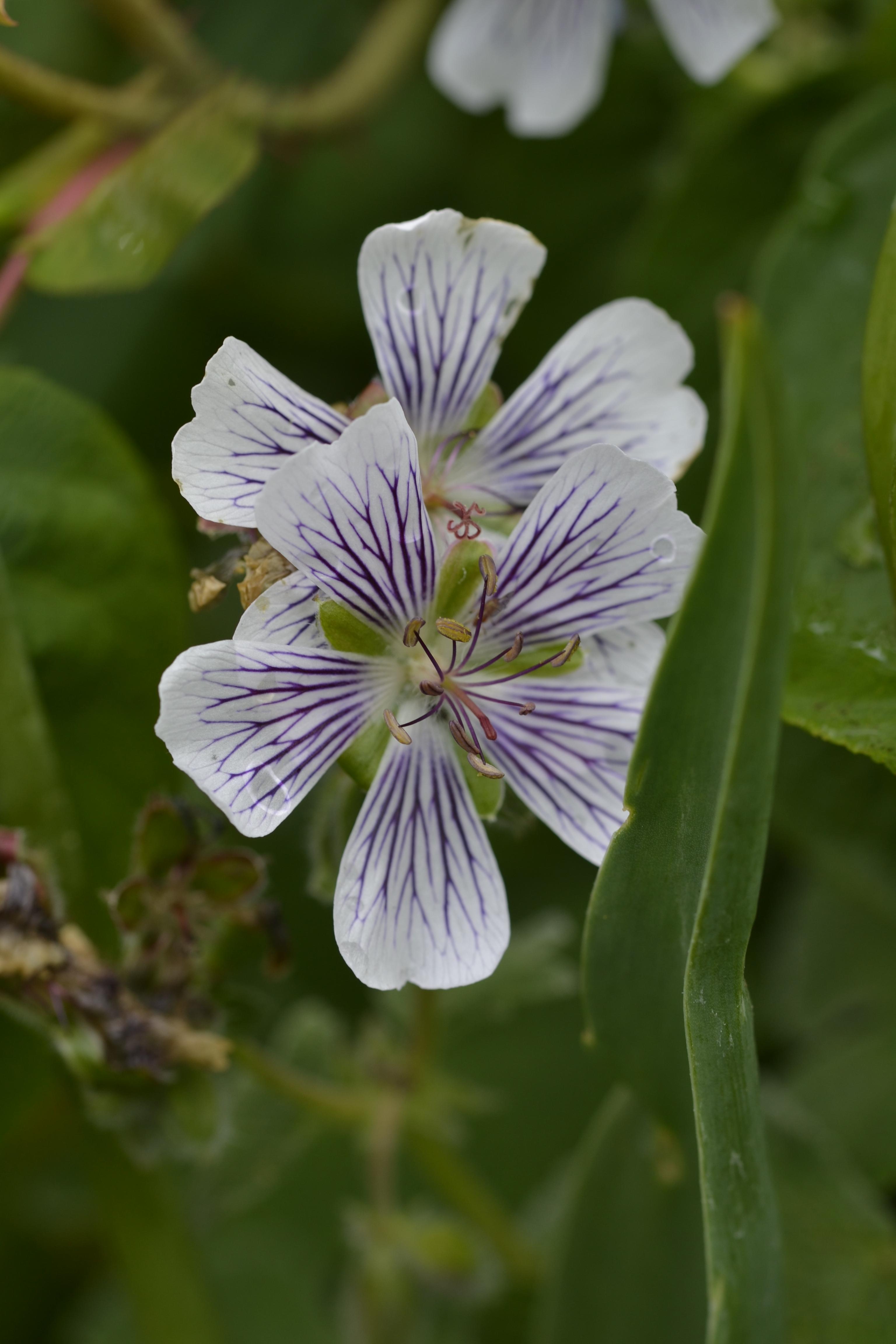 Renardii leaves have an odd warty texture to them. A bit leathery but I rather like the look of them near my silver-leaved lychnis for the contrast. 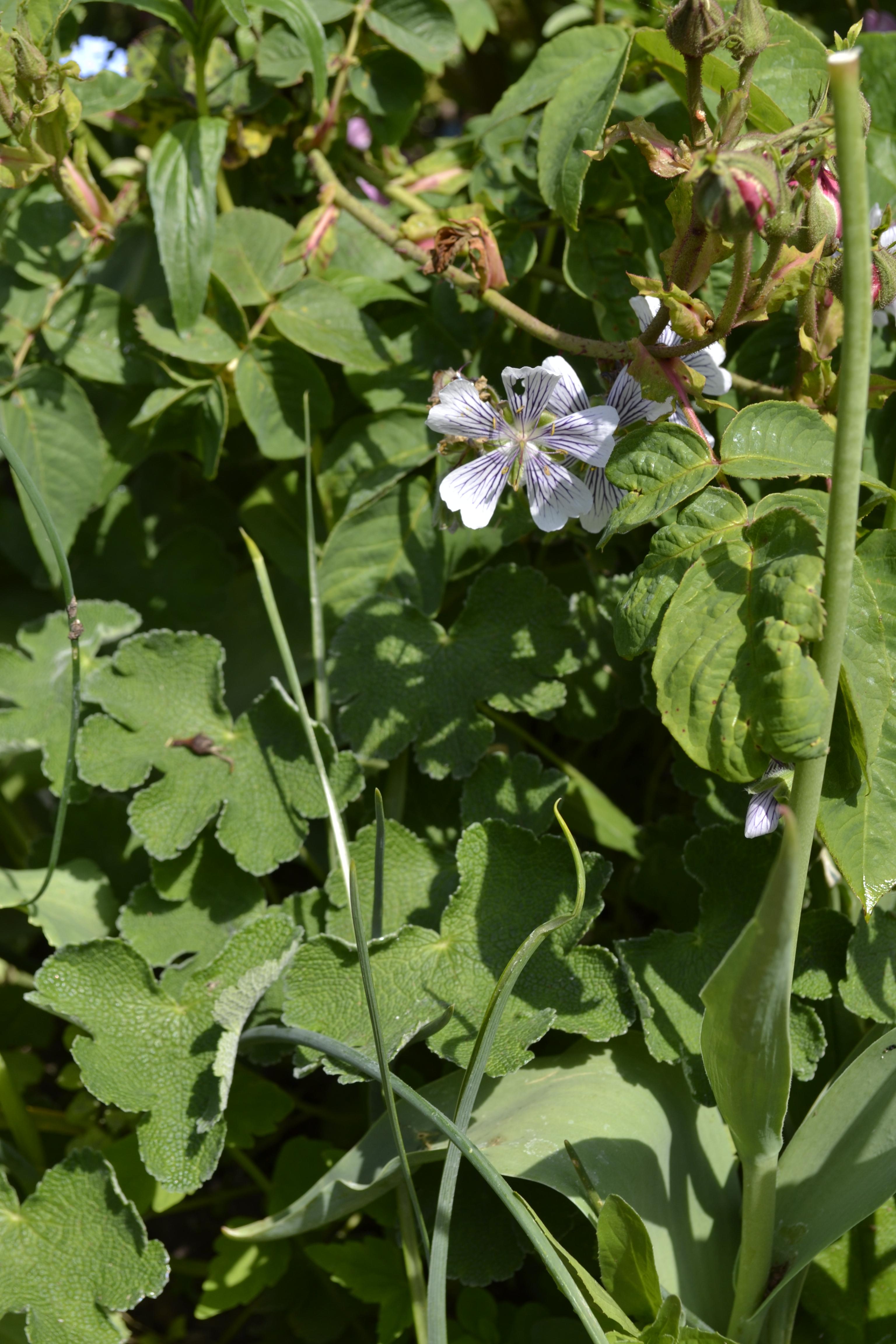 This little geranium was one of our wedding presents. It’s taken two seasons to establish well but I now have two plants that are filling out well and they are covered in the tiny veined flowers. 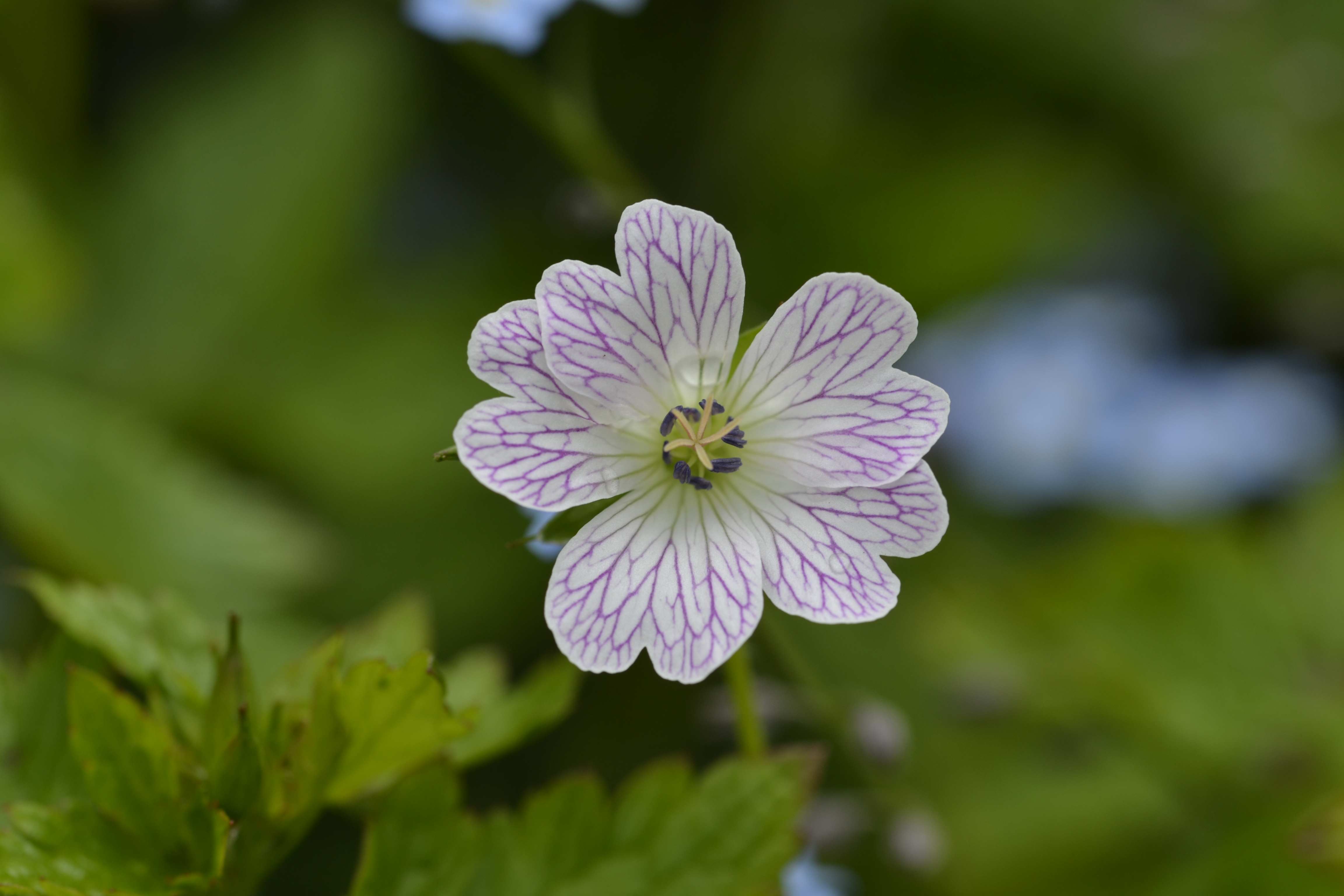 These were bought from a market stall a few years ago for 40p each. They ebbed and flowed in their vigour. They are a short variety with large ivory flower heads. They are quite a nice variety for pots with their low growing nature. These are dotted along the front of the borders. 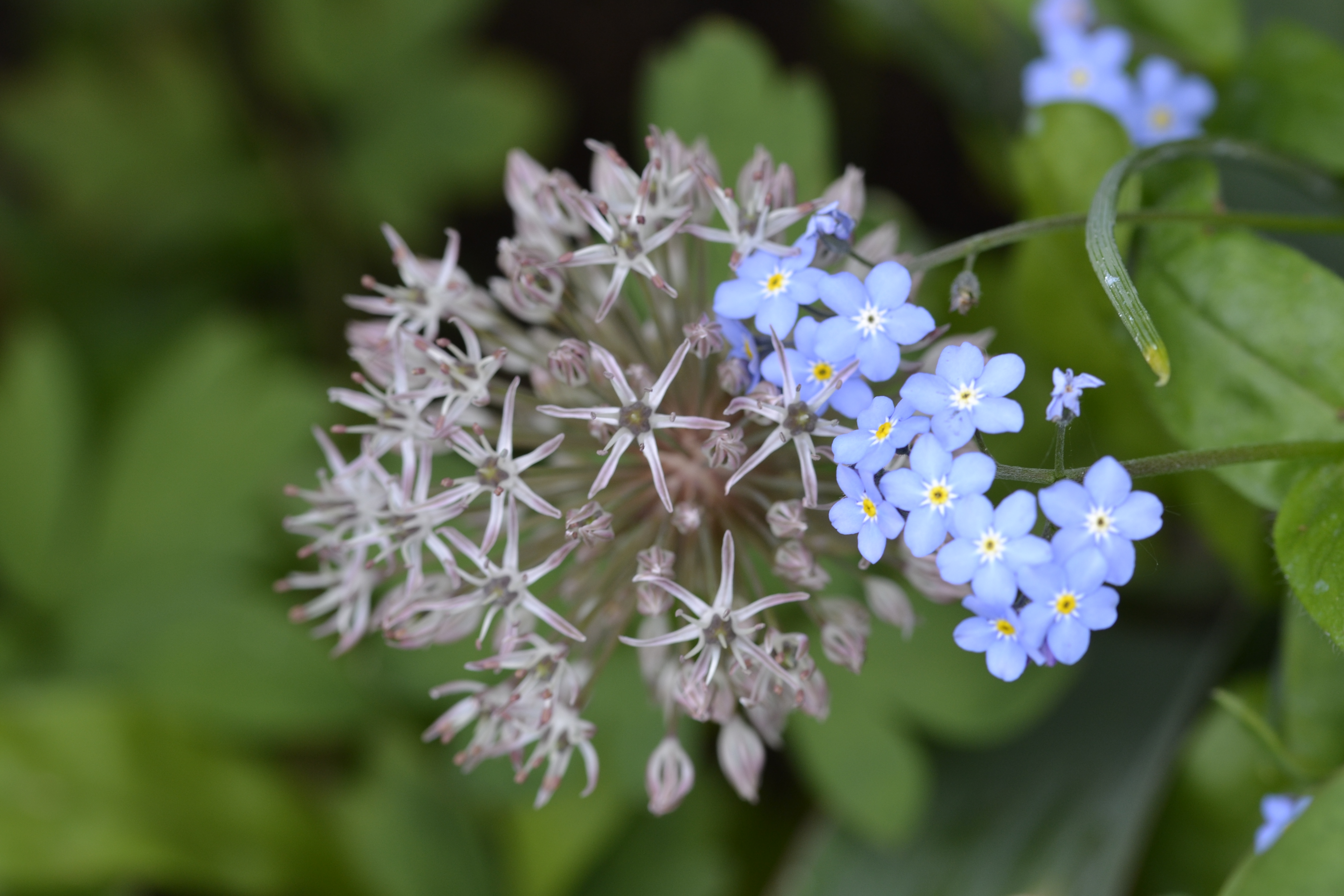 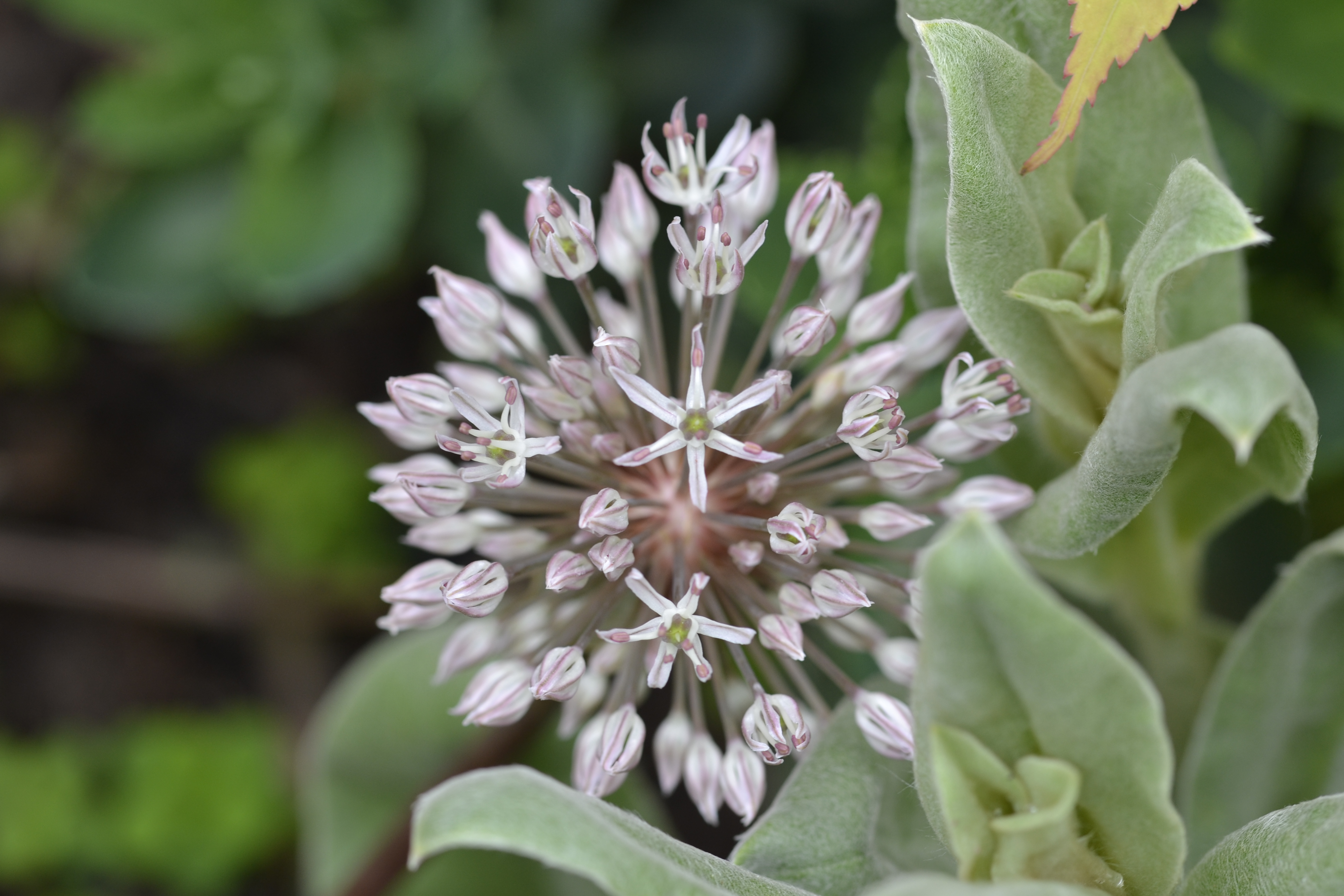 These are a Sarah Raven purchase. I bought them at the end of the season cheap. I think they might want to review the product details as by nor stretch of the imagination are these 30-45cm. More like 10-15cm. They are completely lost in the borders. You can see even the smallest forget-me-nots are taller. While very pretty they needed to be in a pot on their own as anything else will cover them. I’m going to try to carefully transplant them to the front garden where I might be able to put them in visible spots. 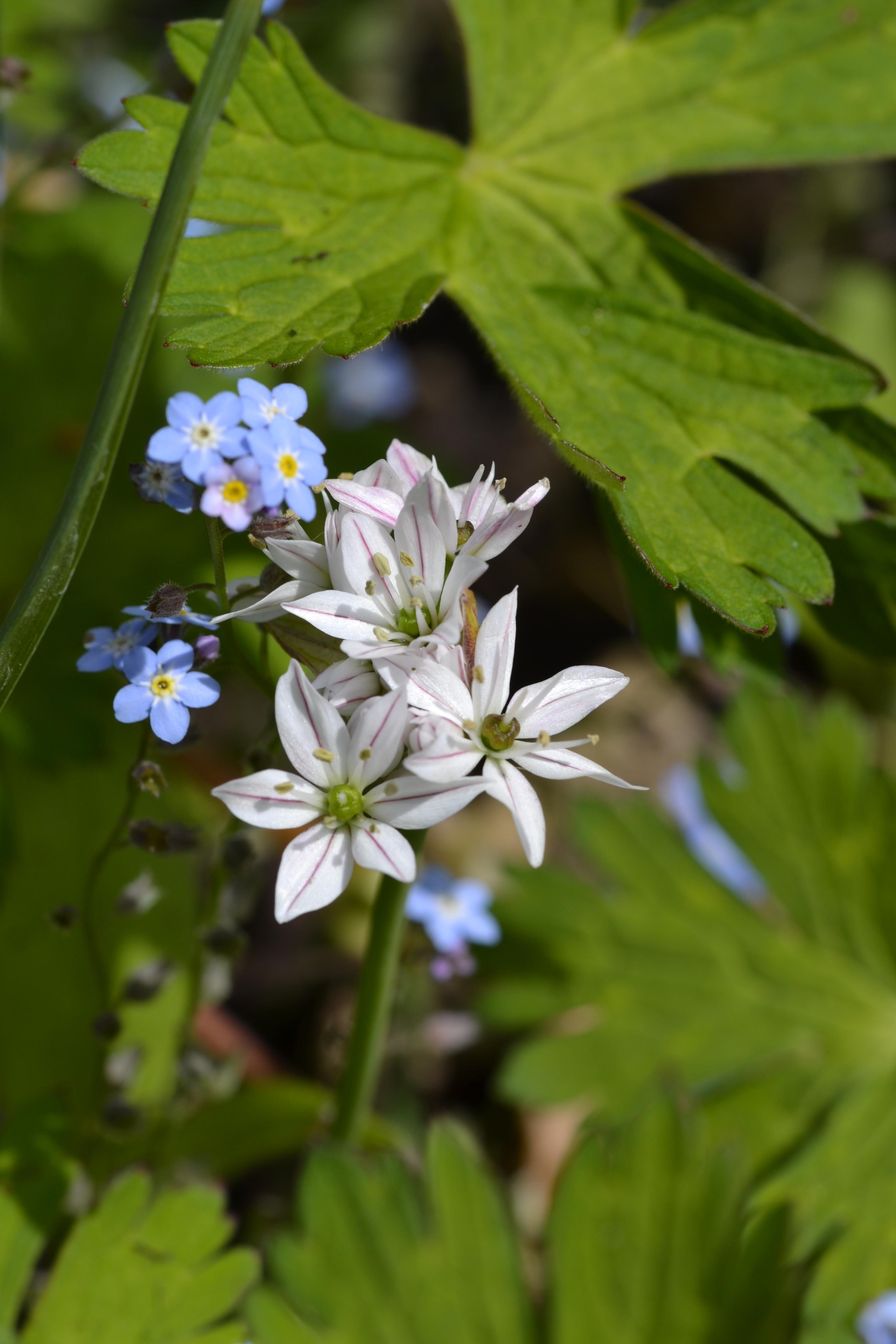 This was bought at the same time as the Renardii. This is spreading to claim more and more ground. It is a short ground hugger. The flowers aren’t as ornate as the other two featured this week but they flower in abundance. I think it’s probably time to divide some. Maybe place it under the Charles DeMills rose.

These alliums are grown in pots. Tescos has sold them for the last few years. I’ve bought them last minute usually when they’ve been reduced. There are two to a pot. They flower and stay looking good as flower heads for a time afterwards. 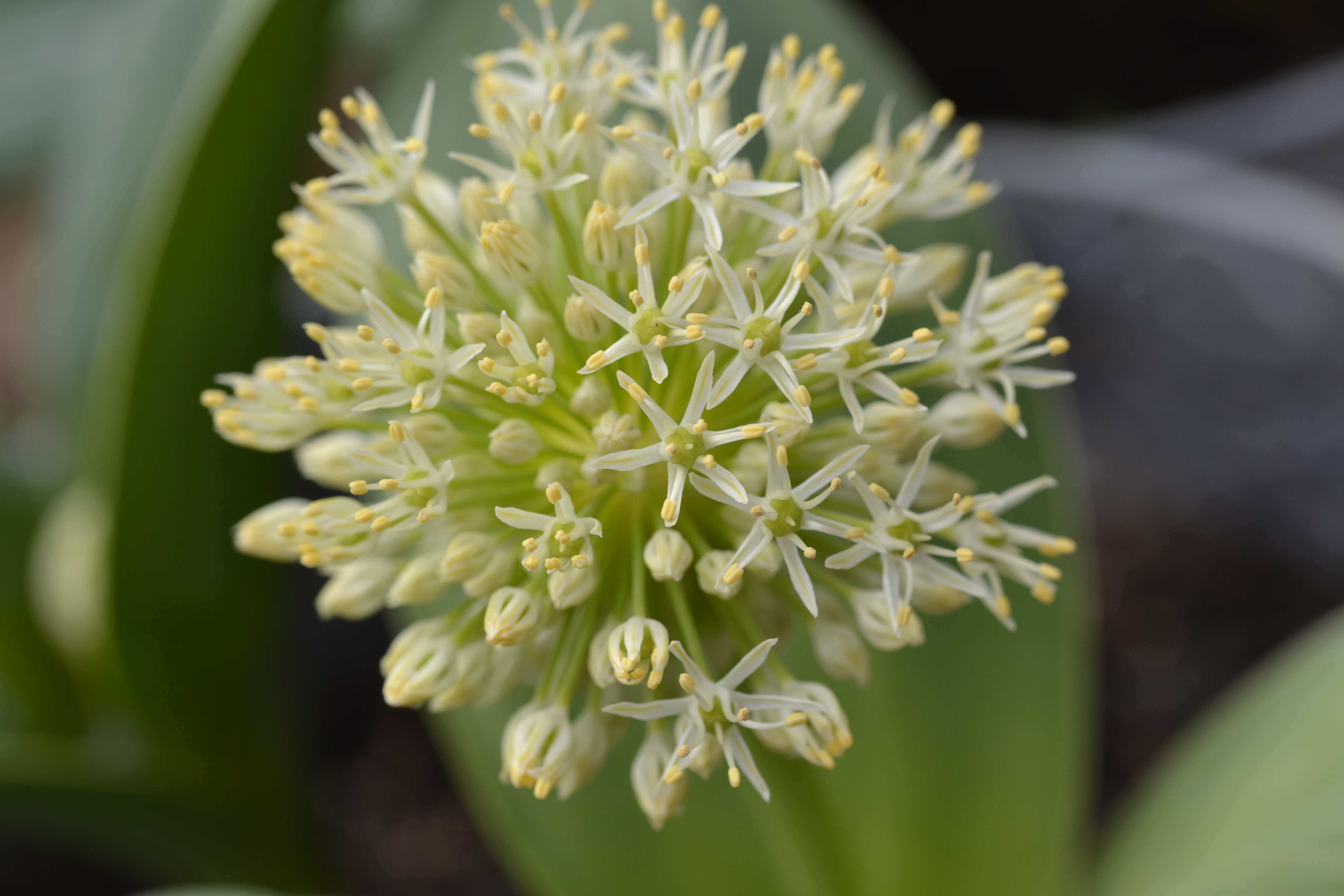 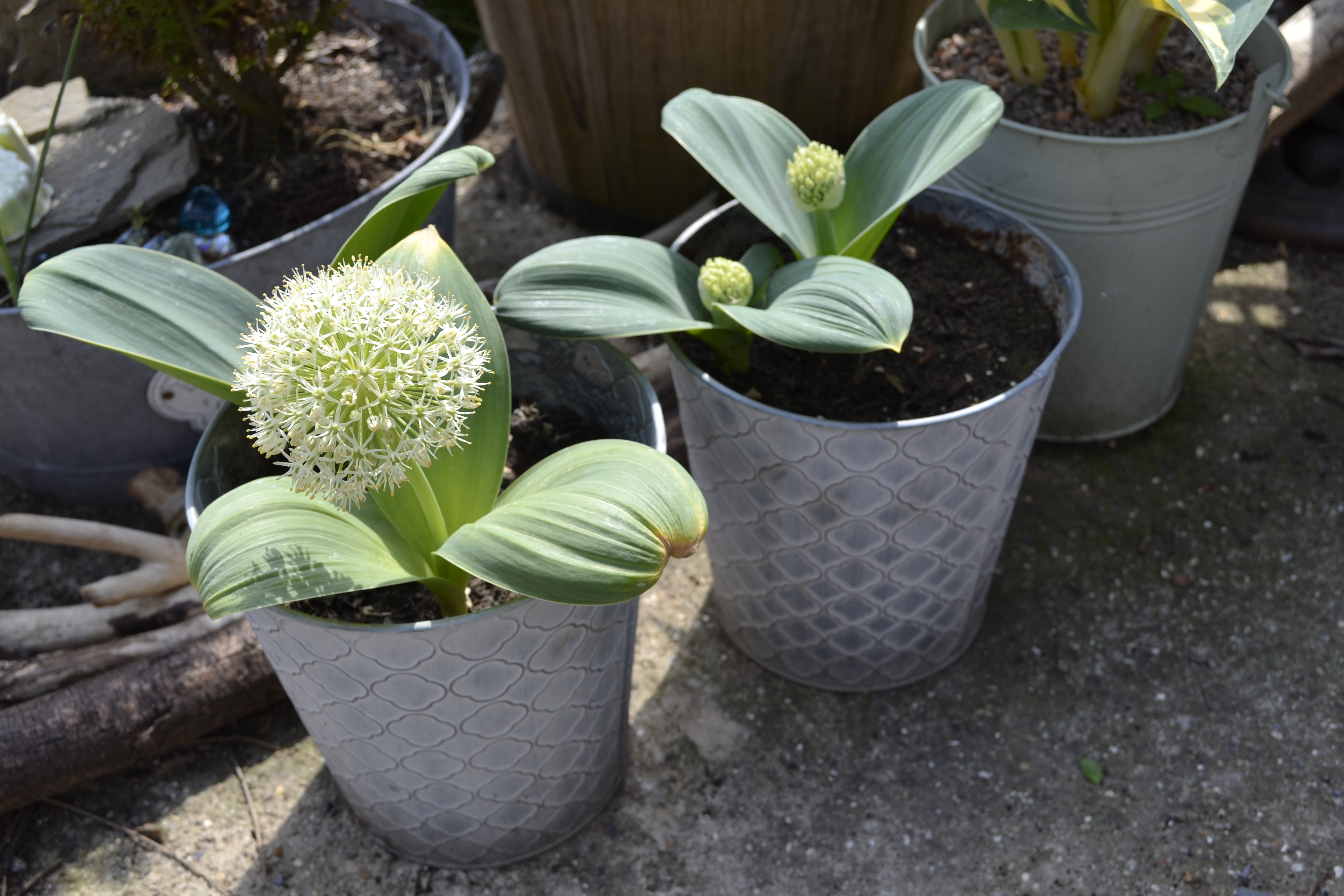 Hope you’re enjoying your weekends. Don’t forget to check the other six on Saturday blogs in the founder’s comments. We had a good burst of rain yesterday but this was followed by a day of sun and wind. It’s looking to be a bit colder but still winds around me so back to the watering. But now people are coming to our area for the beach we aren’t walking out as much as it’s getting too busy. Glad we’ve got the garden.

I’m going to sneak an extra plant in featured a few weeks back as it was such a lovely photo. 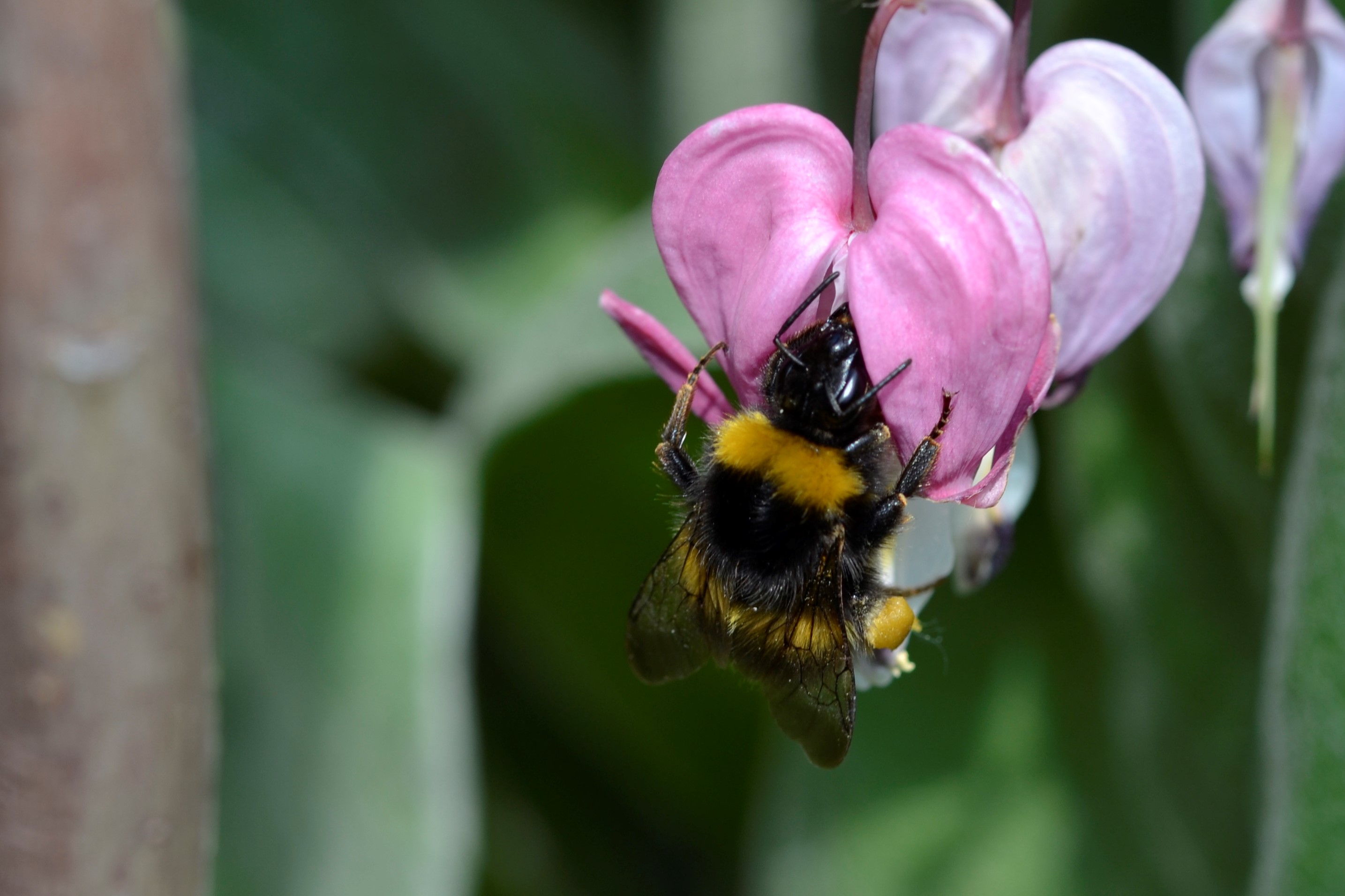