It’s been a good week in the garden with many wildlife visitors. Alice has been busy making perfume in the mud kitchen and we worked together making bird feeders. I made the gardening press for the second week running. I had feedback from my first RHS assignment which was very positive and my plant profiles were good enough so that’s nice to know.

The fern fronds are spectacular in my garden currently. Many of the ferns are in there second or third year in the garden so they established into nice large clumps. The fresh green fronds unfurling is one of the great pleasures of spring. A sign that warmer weather is coming and it really brings the garden back to life. 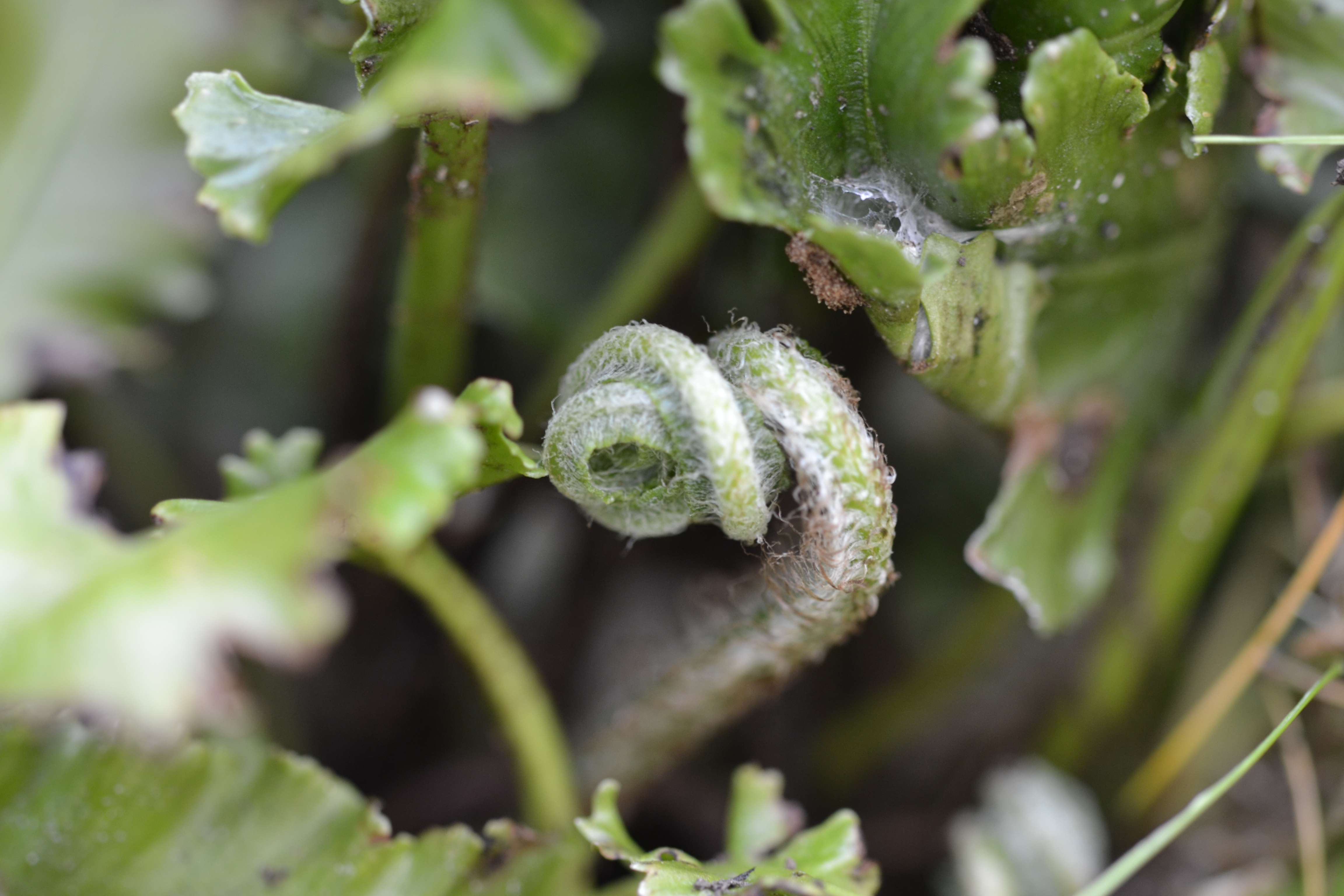 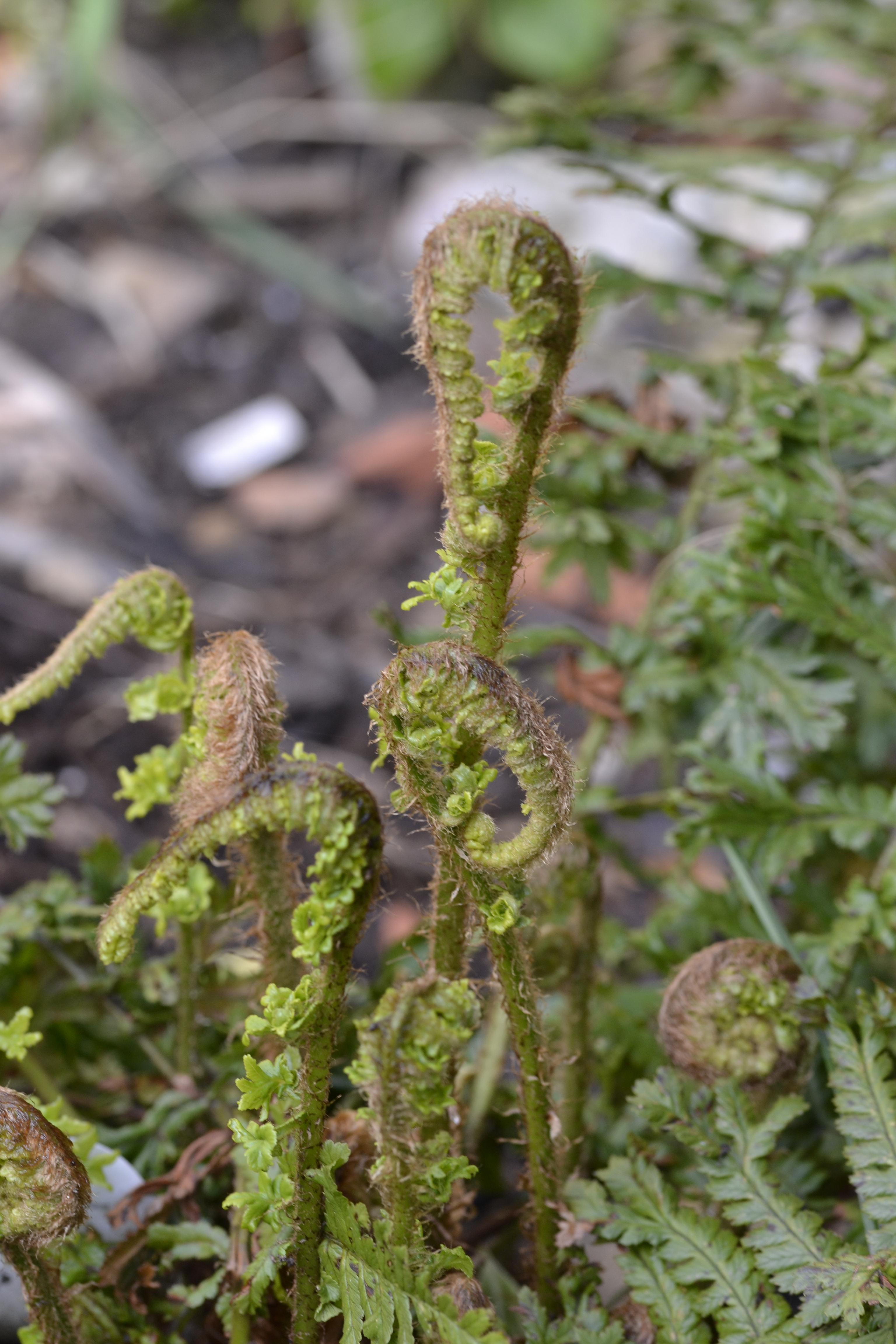 Along with the ferns, the spikes of hostas are emerging. Most are in pots to give some slug and snail protection but I have risked some in the border. 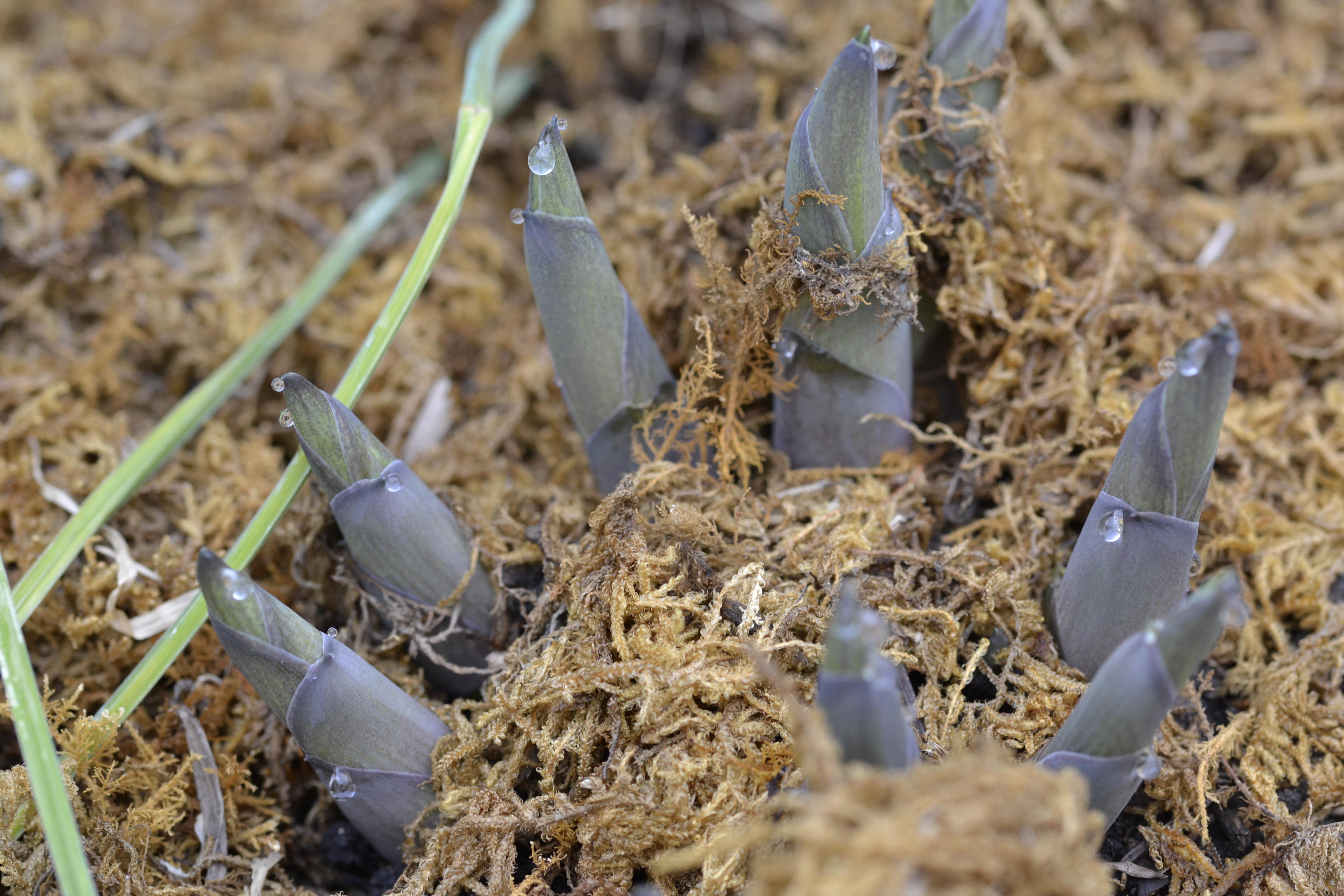 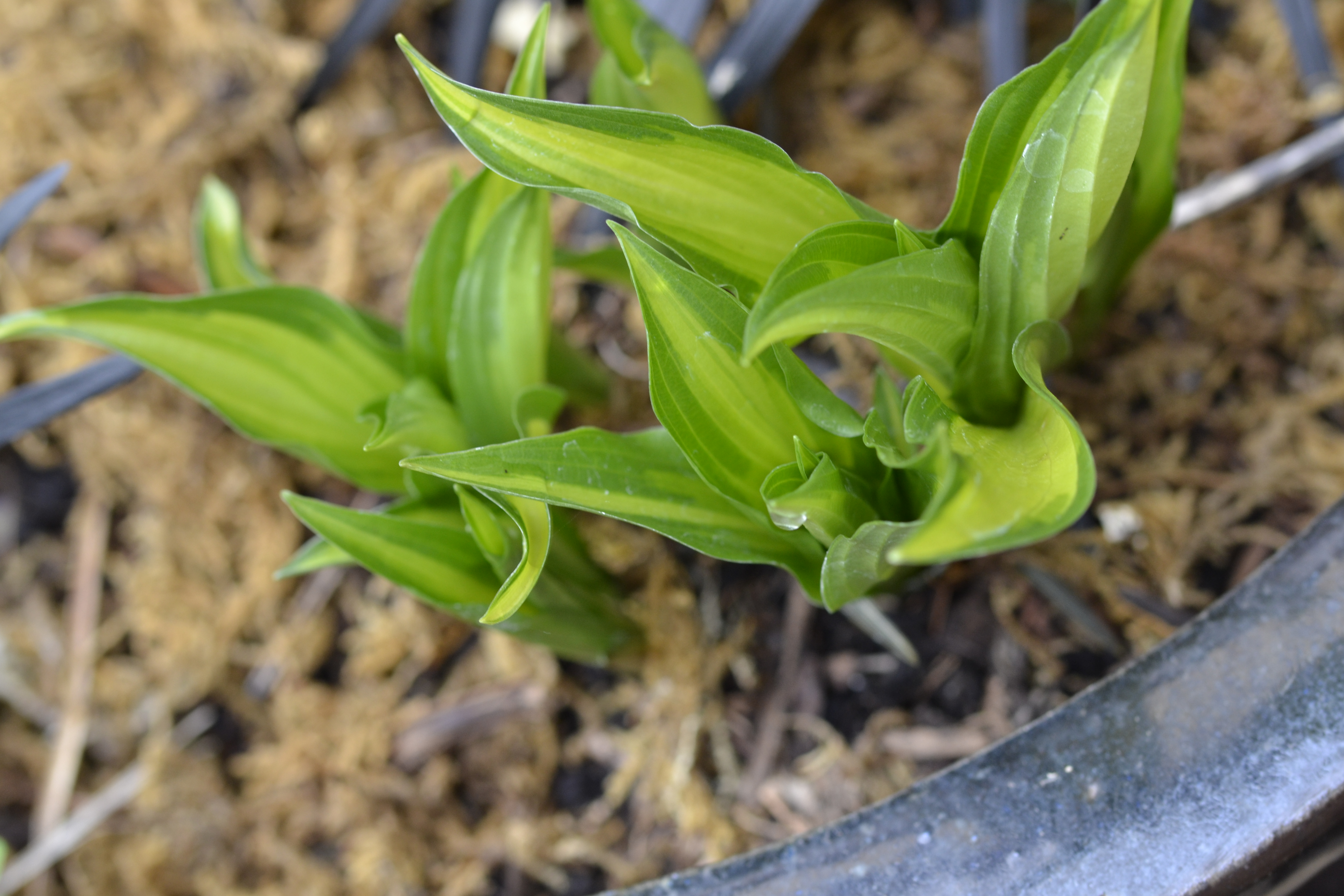 This was a new addition for this year. I bought a bulk bag of this and I’m glad I did with all the time we are spending in the garden. These have been lovely at each stage, so I’m covering the full cycle within this week six and making no apologies for the mass photos. Starting as nice tight curls. 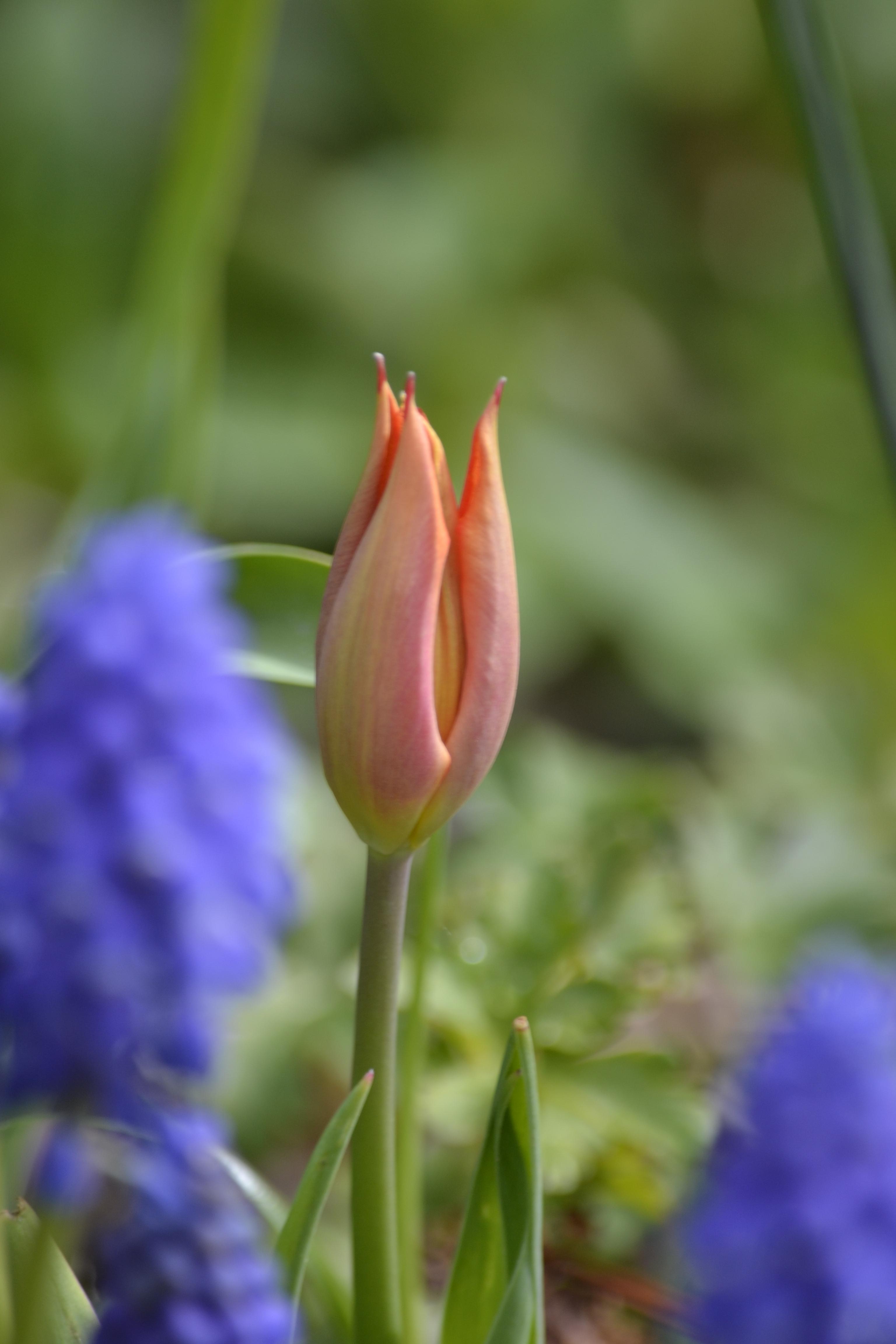 Then opening with a nice warm orange. Orange was a colour lacking in my garden so thought I’d try some. They are a nice size. Not so small as to be lost in the border but still delicate looking. I’m not a fan of the really massive tulips that open and look messy straight away. 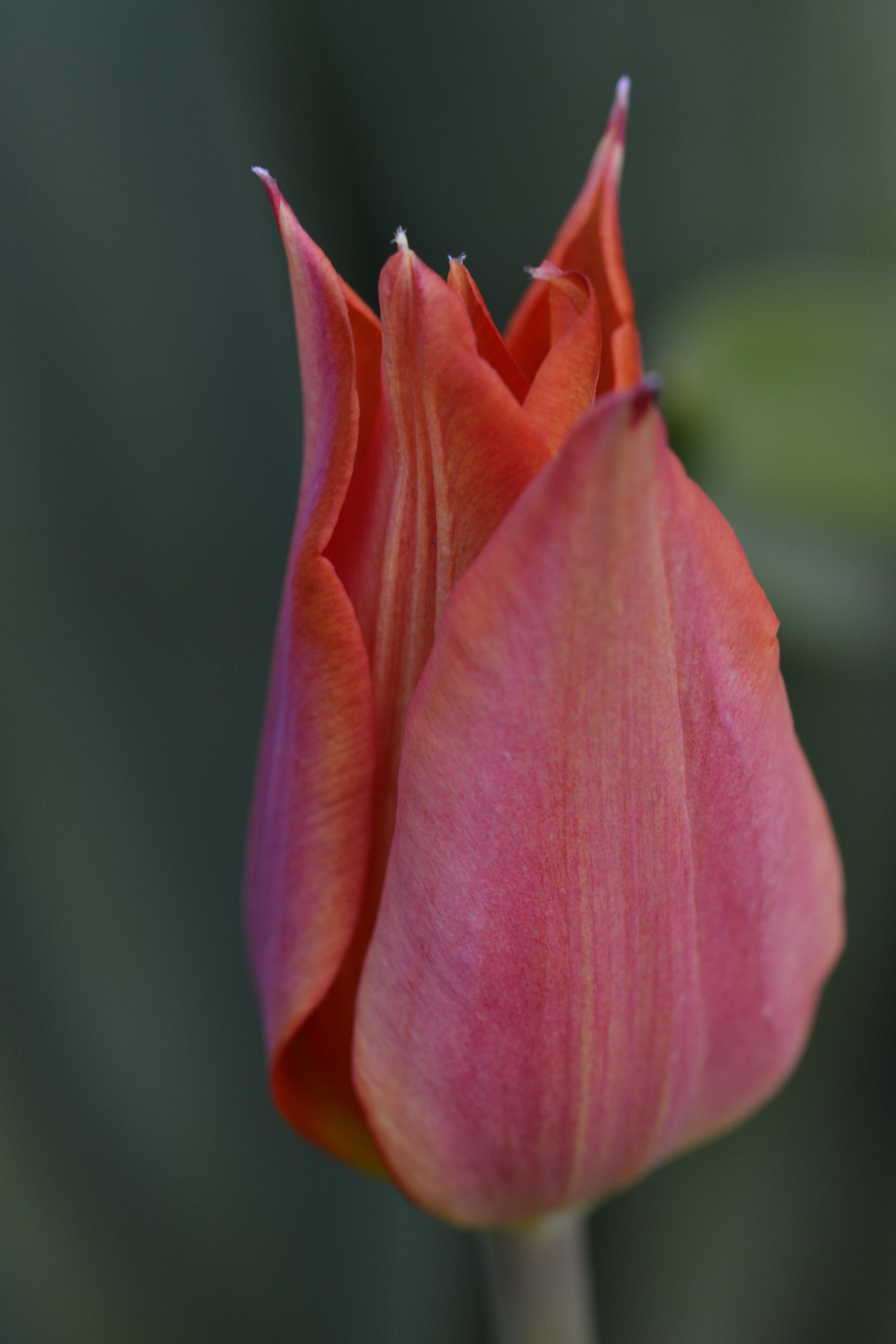 Then they have picked up more a red tinge as they’ve opened fully. 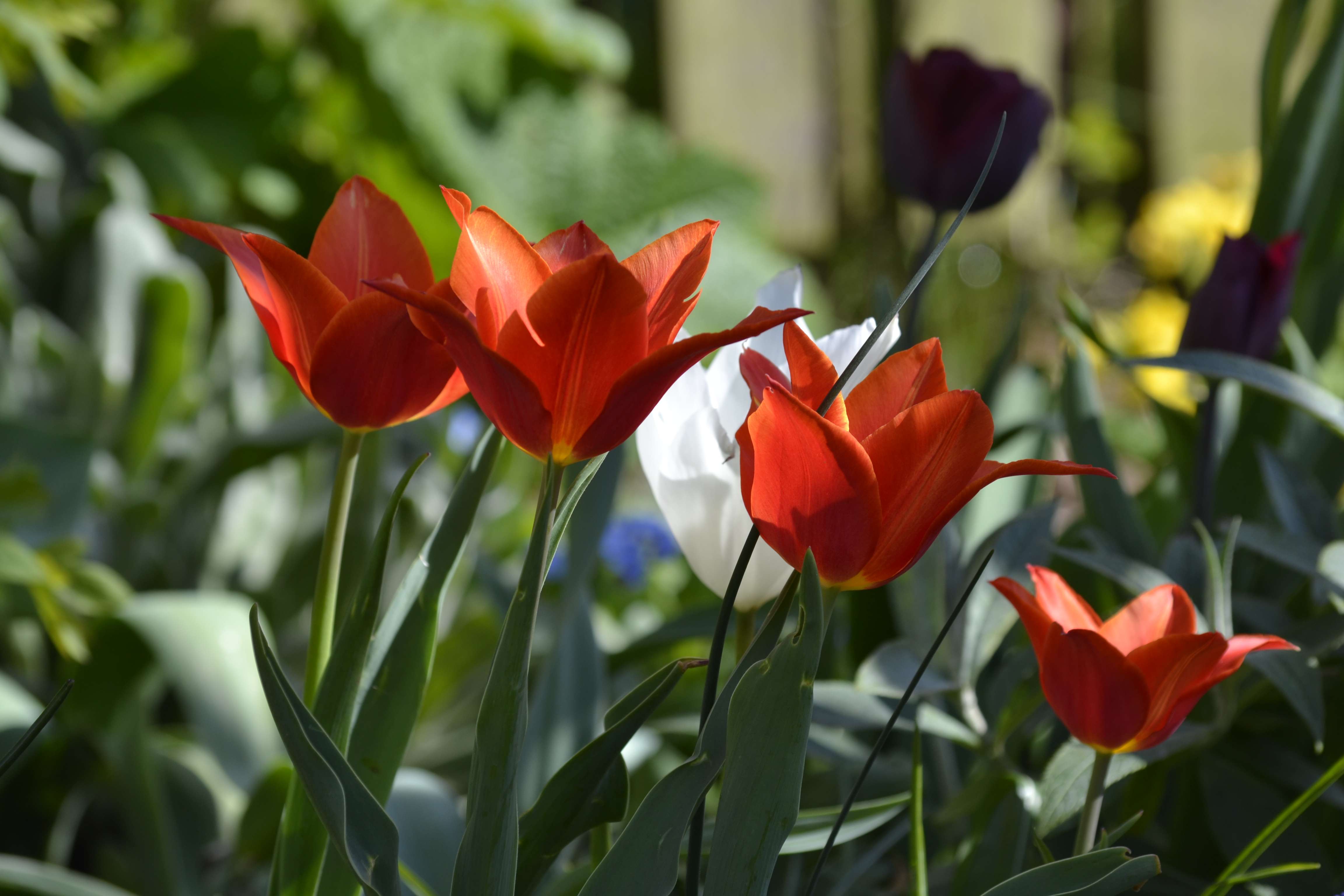 I was given a bit of birthday money and since we are going to be stuck in the house and garden I went with a few tools. I had upgraded my secateurs previously so thought I’d look at a decent trowel. As one of the most commonly used tools, it’s nice to have a well made one. Implementations in Nuneaton specialise in making copper tools. They are recommended by Charles Dowding for reducing slugs and snails. This is based on the theories of Viktor Schauberger about different metals having an energy effect on the soil. While this is probably new-age nonsense the tool is well made, looks nice and feels good to use. 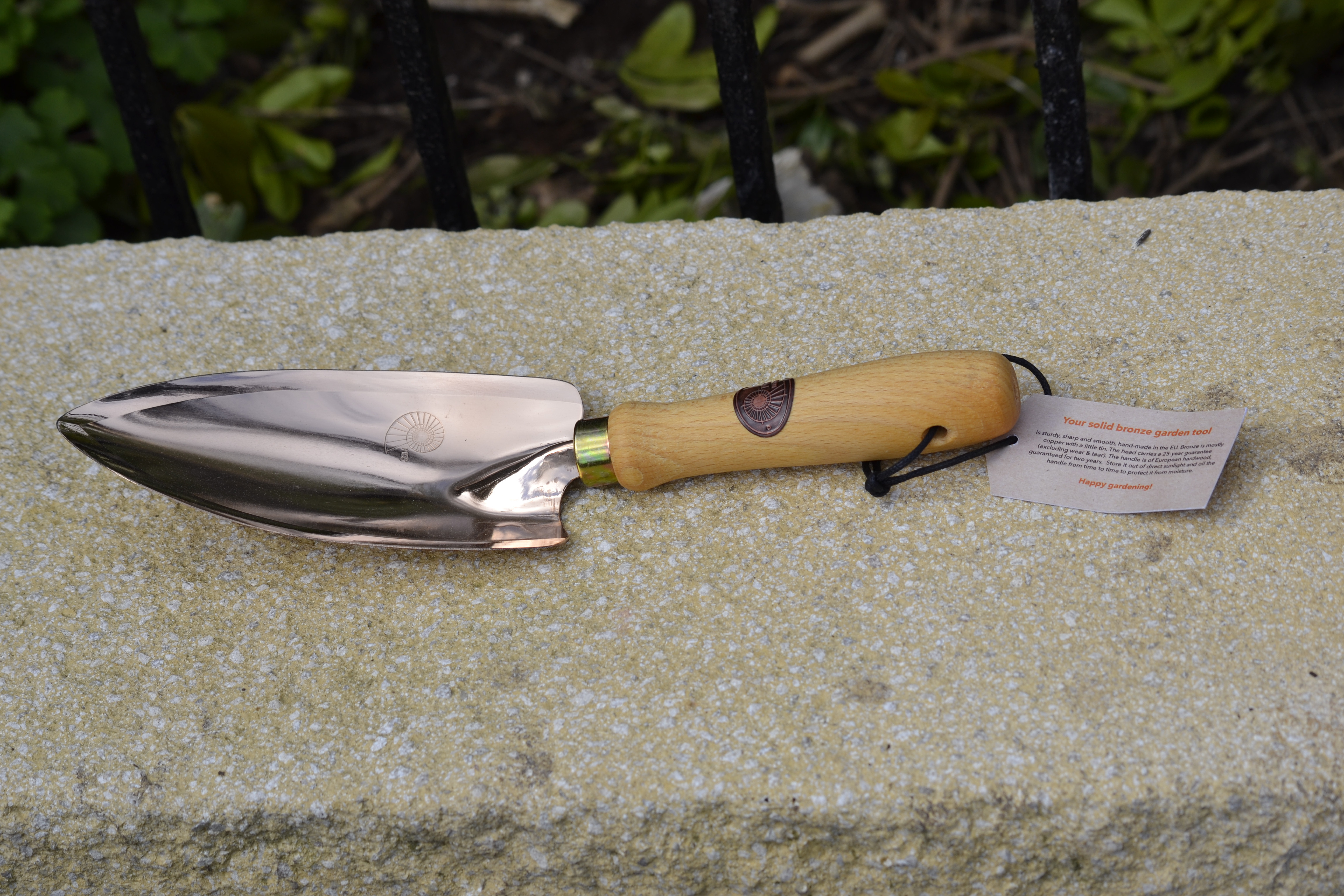 I wanted a sharp knife as working at the garden centre I’ve realised how useful a decent knife is for many jobs. From opening parcels and flat packing them and compost bags, along with cuttings, it is a useful tool for the back pocket. I ordered this one from Japeto with the personalised letters. There was a mistake in shipping so I’ve ended up with one with my initials and one for free which was decent of them. It is wonderfully sharp and has been used lots dismantling all the boxes from the many deliveries we are currently getting. 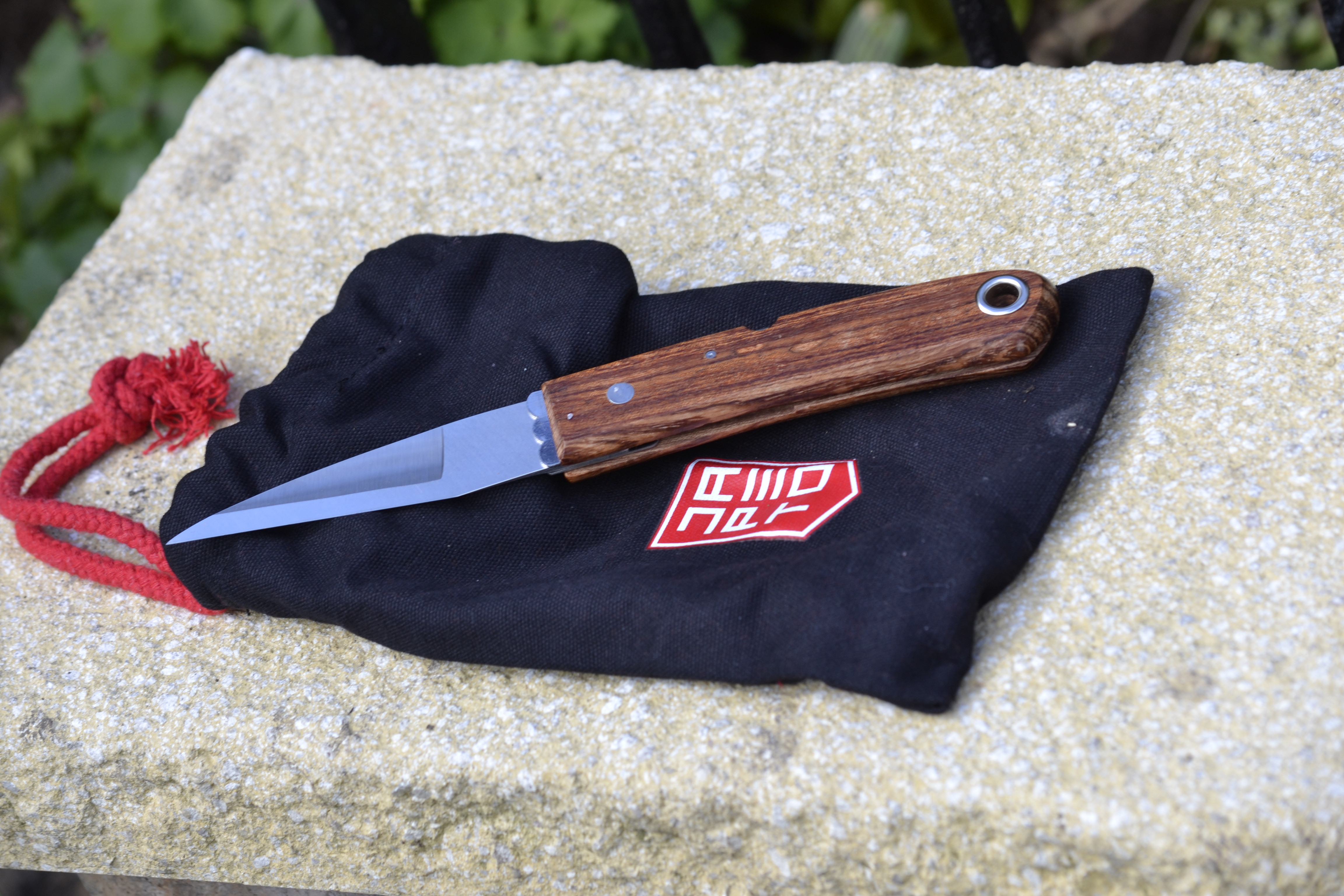 The Tesco bulb lasagne has done well. The crocus got it off to a good start. The Muscari have kept going well. The tulips got a bit crisp in the morning sun so I relocated the display table to the opposite wall so it doesn’t get the morning sun. The tulips are triumph tulips ‘purple flag’. They go nicely with the Muscari but have been flattened a few times by seagulls dive-bombing. They seem to have suffered with seagull poo more than any plants normally have for some reason. 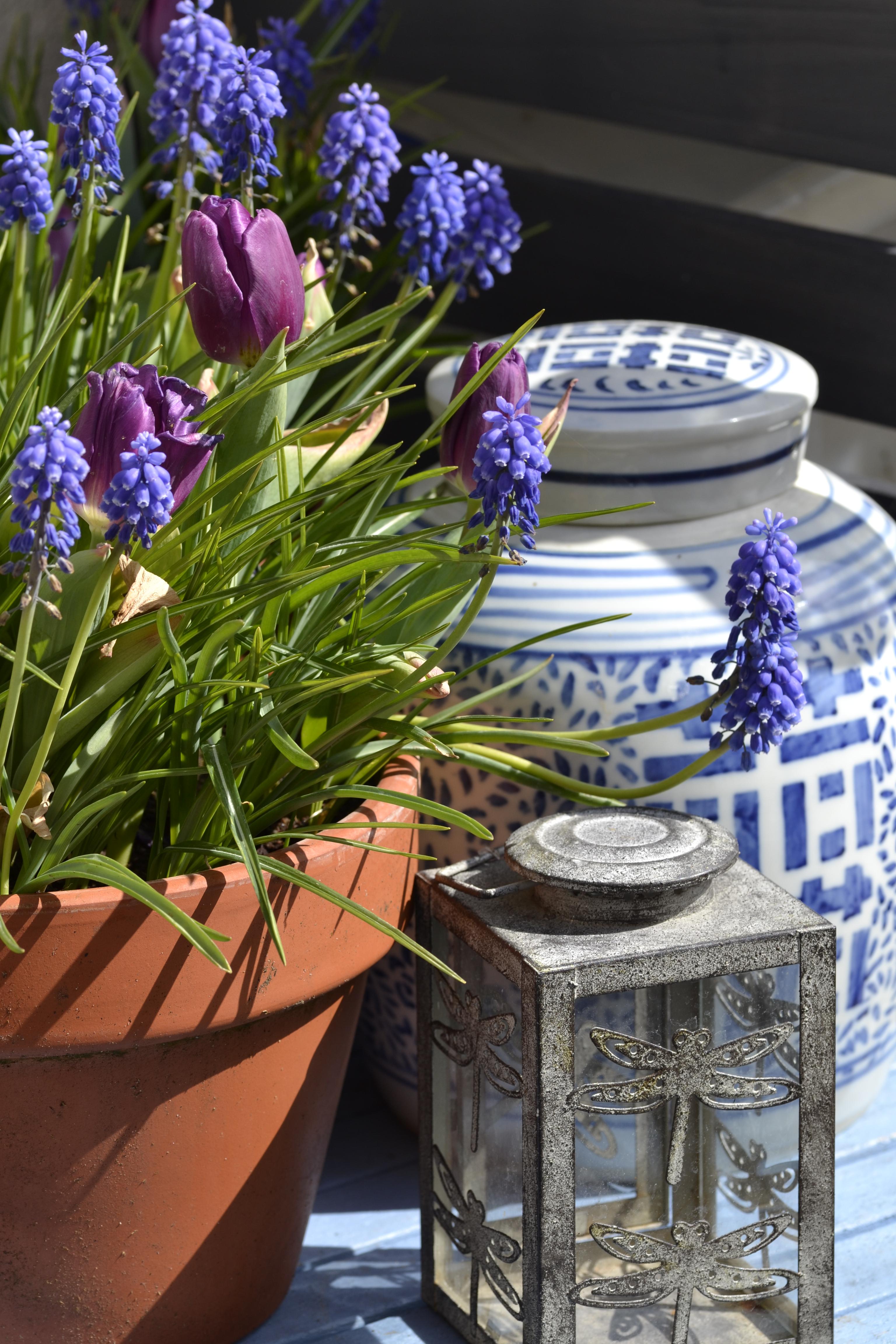 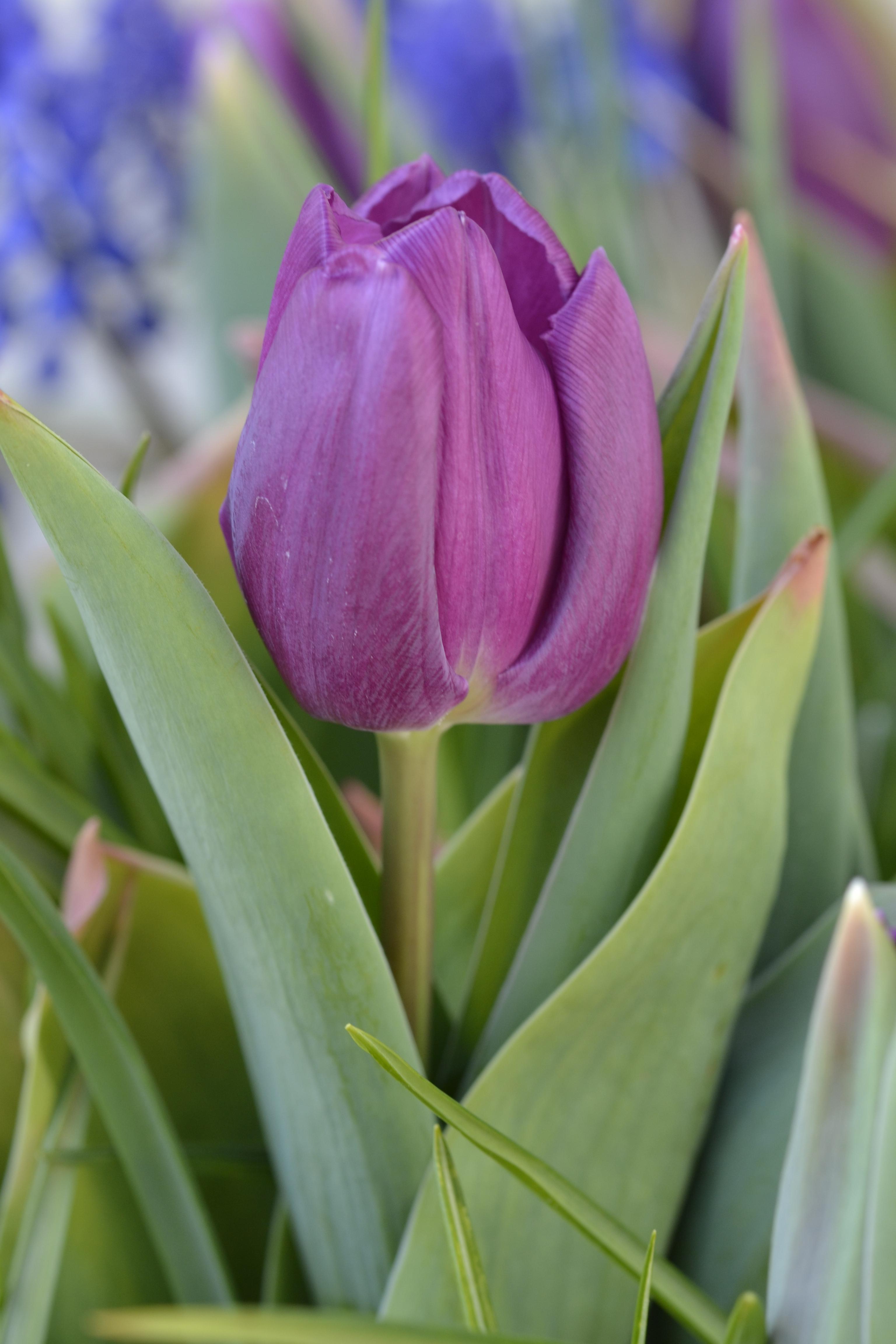 Hope you are all coping alright. I think having Alice is giving us a routine to our days and making sure we stay busy. I’m looking to pot on a few bits from the mini-greenhouse and start the dahlia seeds off. Then looking to finish reading Alexandra Campbell’s new book on garden privacy. Hope you all enjoy whatever you have planned.