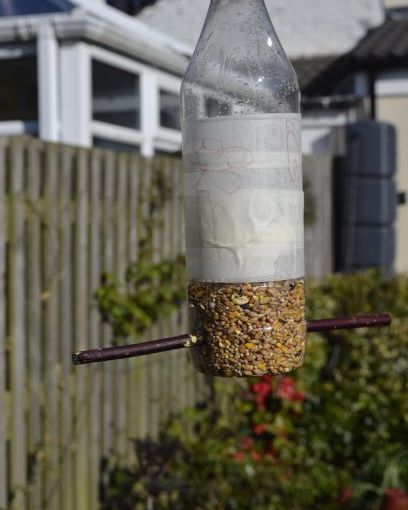 Today we set out to make a bottle bird feeder. Wildlife Kate has set a challenge to make your own bird feeder. There are suggestions of making it from materials you already have such as Lego or Duplo but as we have particularly aggressive seagulls currently I didn’t think these would last long. The seagulls shredded a metal feeder last week so being a bit careful where I place them so they don’t hurt themselves or others. We have previously made Cheerio feeders and pine feeders so I thought we’d look at doing a different one. I try to do craft activities where Alice can do most of the making otherwise it isn’t really hers and she won’t have the interest in using it after. So after a google search, she decided to go with a basic bottle feeder today. Glad she didn’t test my woodwork skills.

All that is needed for one of these is a bottle string and scissors. We’ve wrapped it in masking tape as Alice said she wanted to draw a flower on it. Masking tape works wonders for craft activities for wrapping things that would be difficult for a three-year-old to draw on. 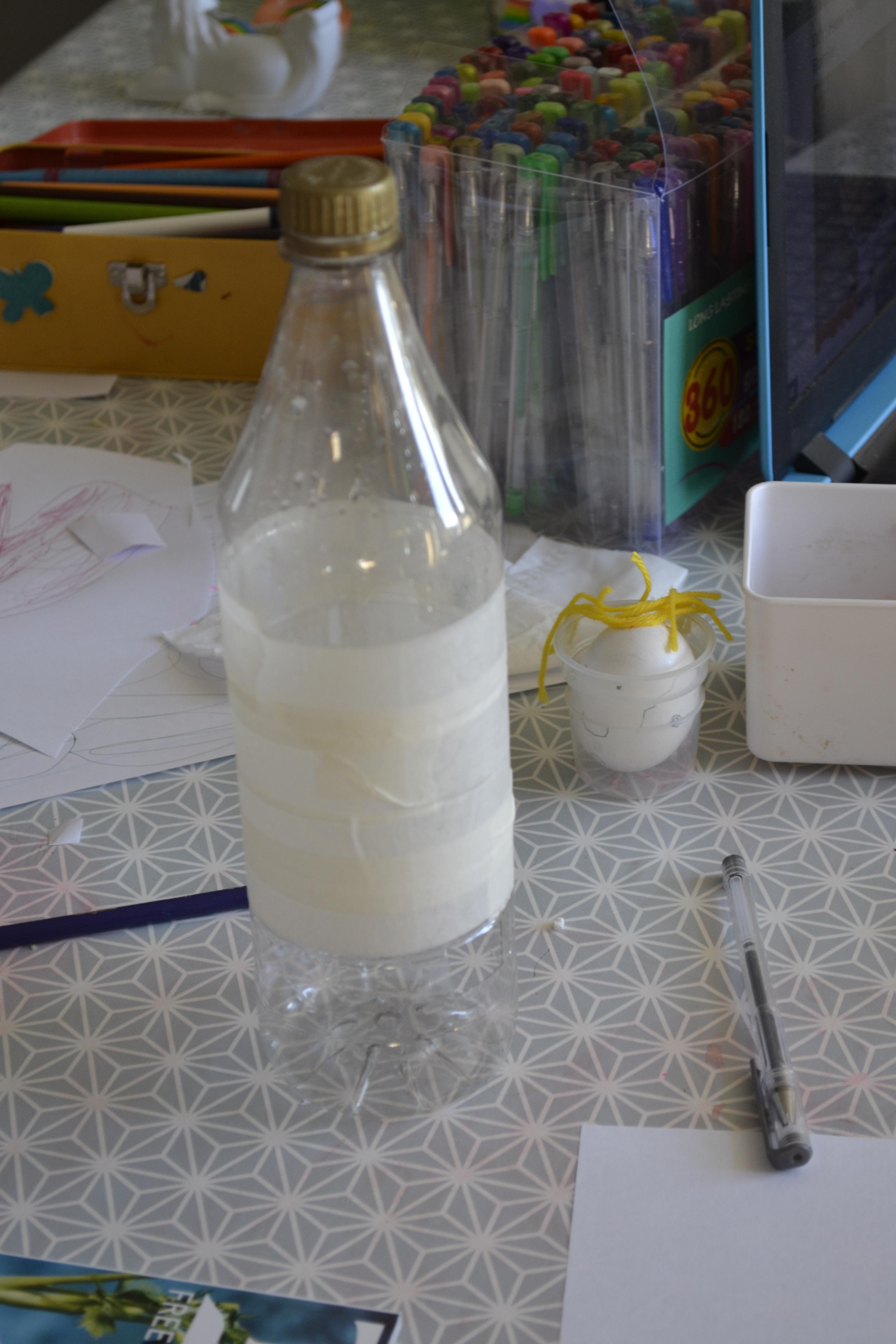 Then we did two holes opposite each other lower down. This was one of the few bits I did more of. She did the stabbing to make the hole, then I’ve cut it a bit neater and smoothed it a bit to avoid casualties. The holes are probably a bit too big but these are what she marked out. 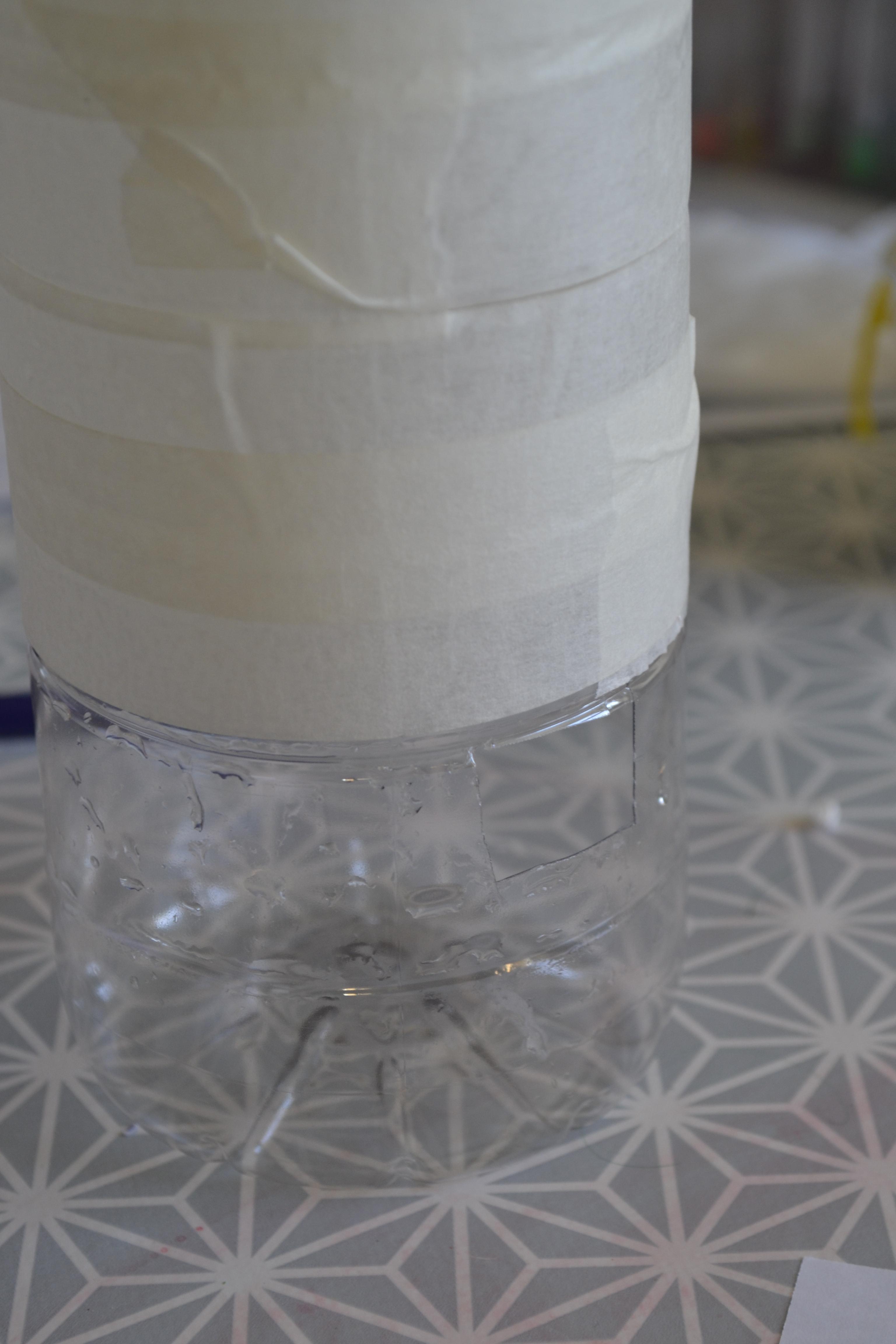 She wanted to draw a flower, write her name and draw our house on. 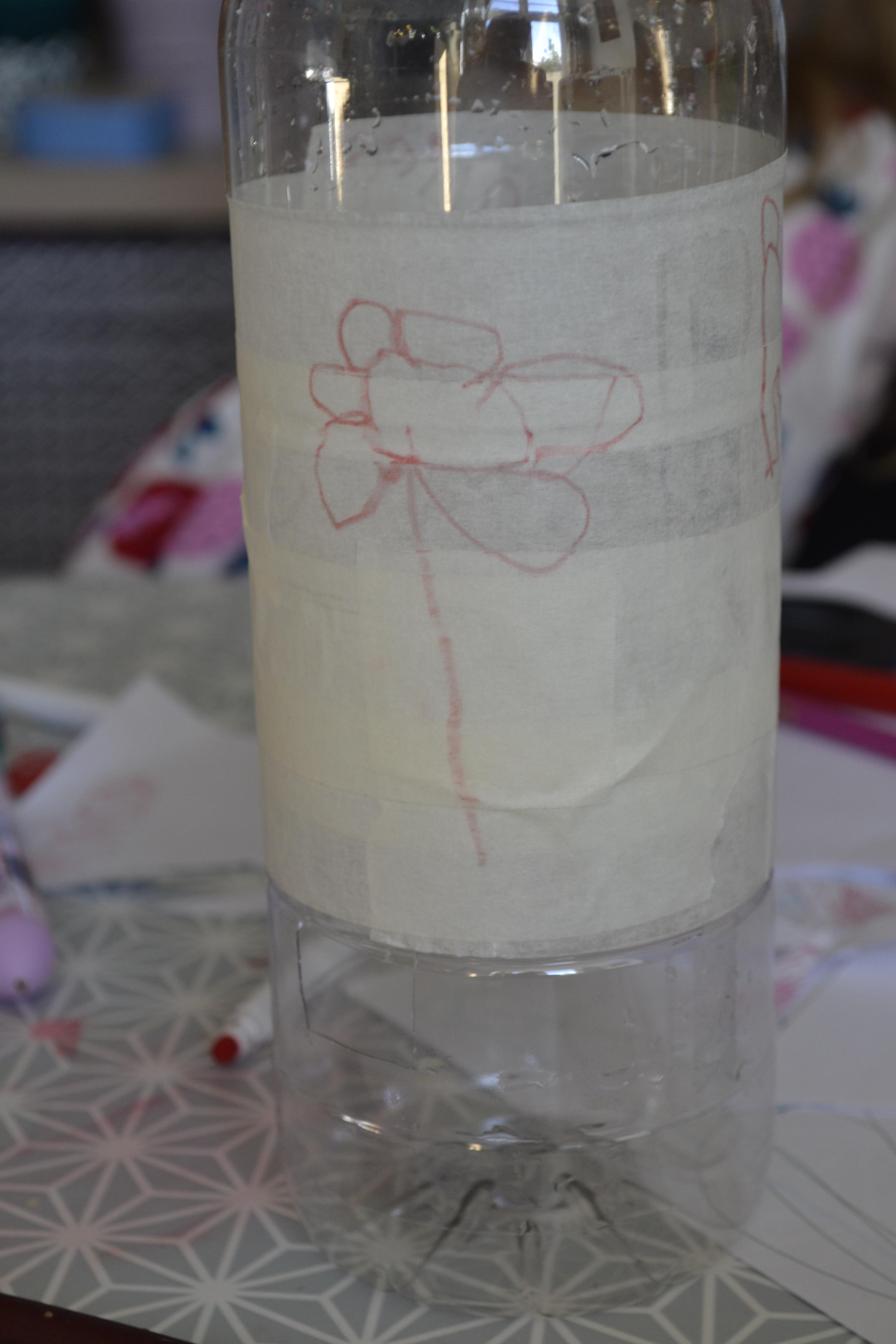 A little fiddly filling as our usual funnel is slightly bigger than the bottle. 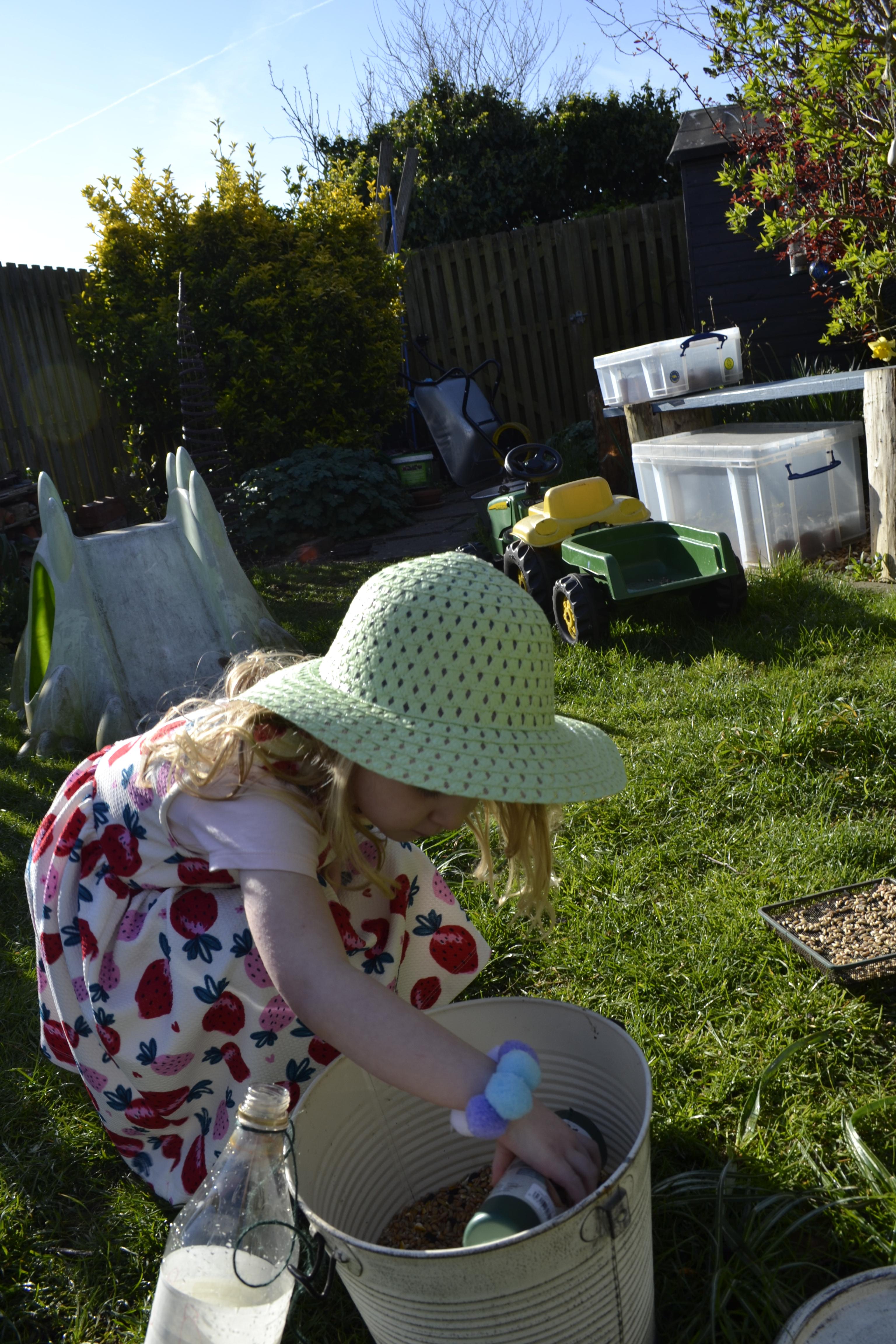 Then hung up ready for the birds. 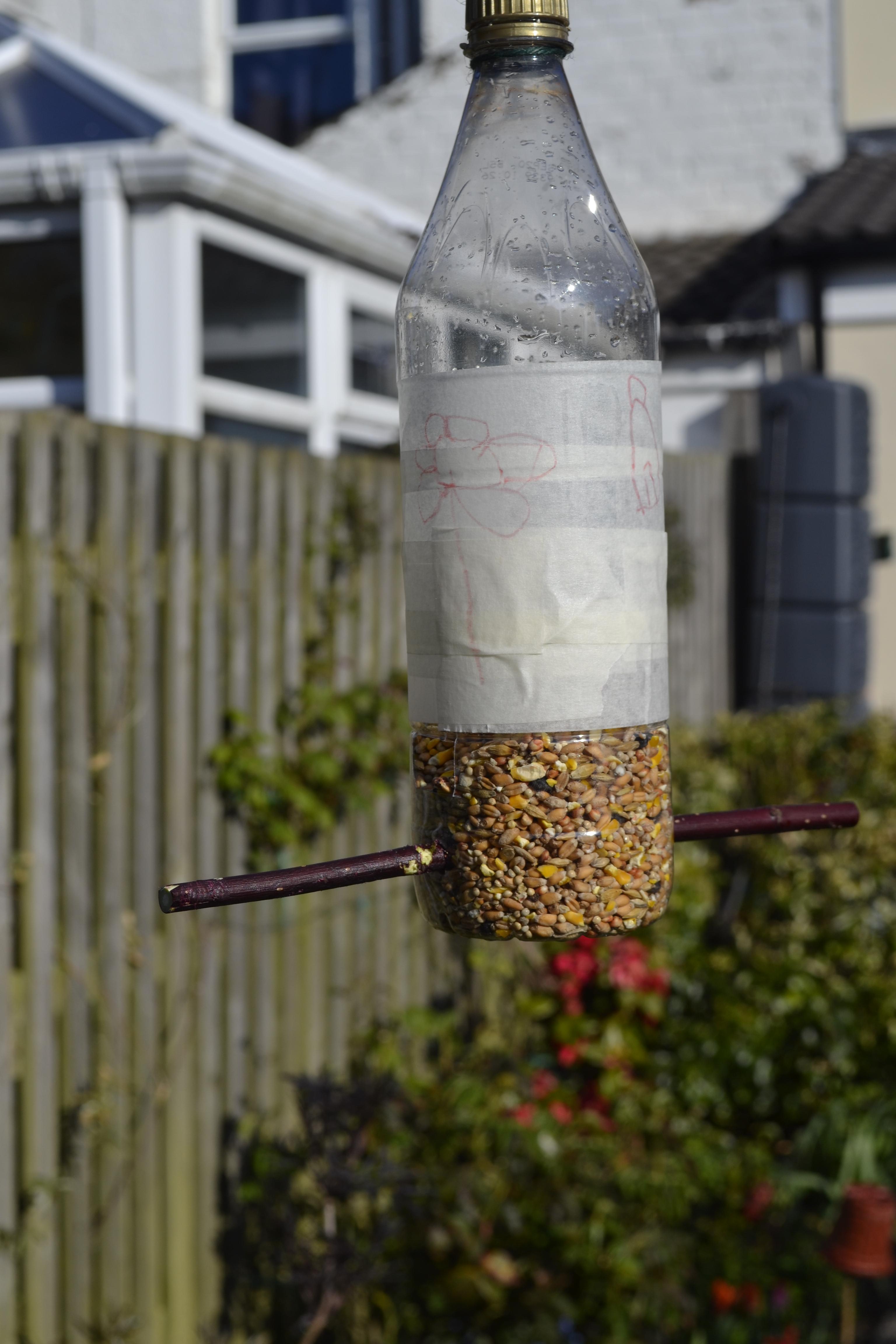 Then she asked for her camera and sat patiently waiting to see if she could snap a picture. 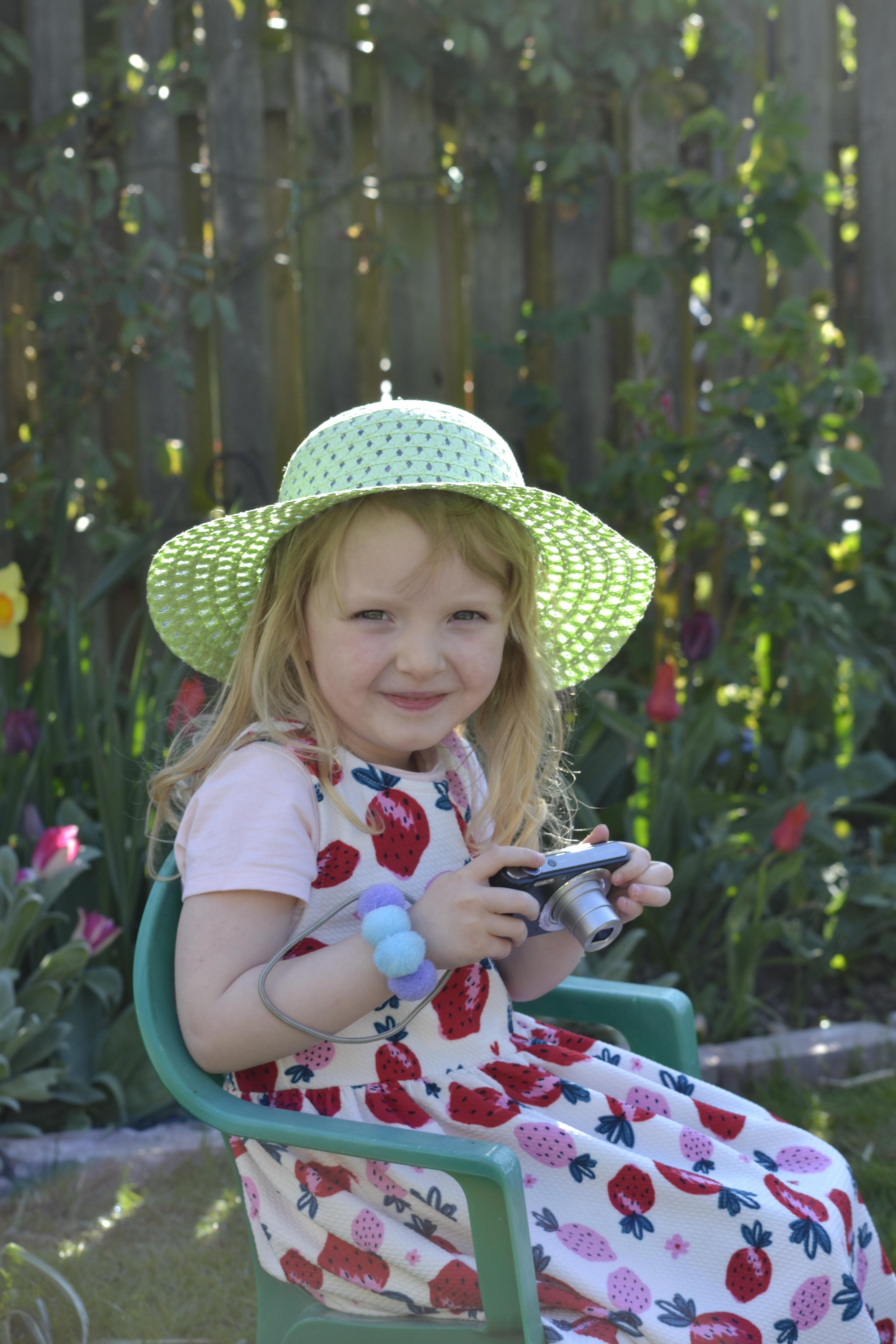 Before deciding the birds would like a song. She has also decided her hat is a cowboy hat, so lots of shouting yee-haw and hot dog may have put the birds off a bit. 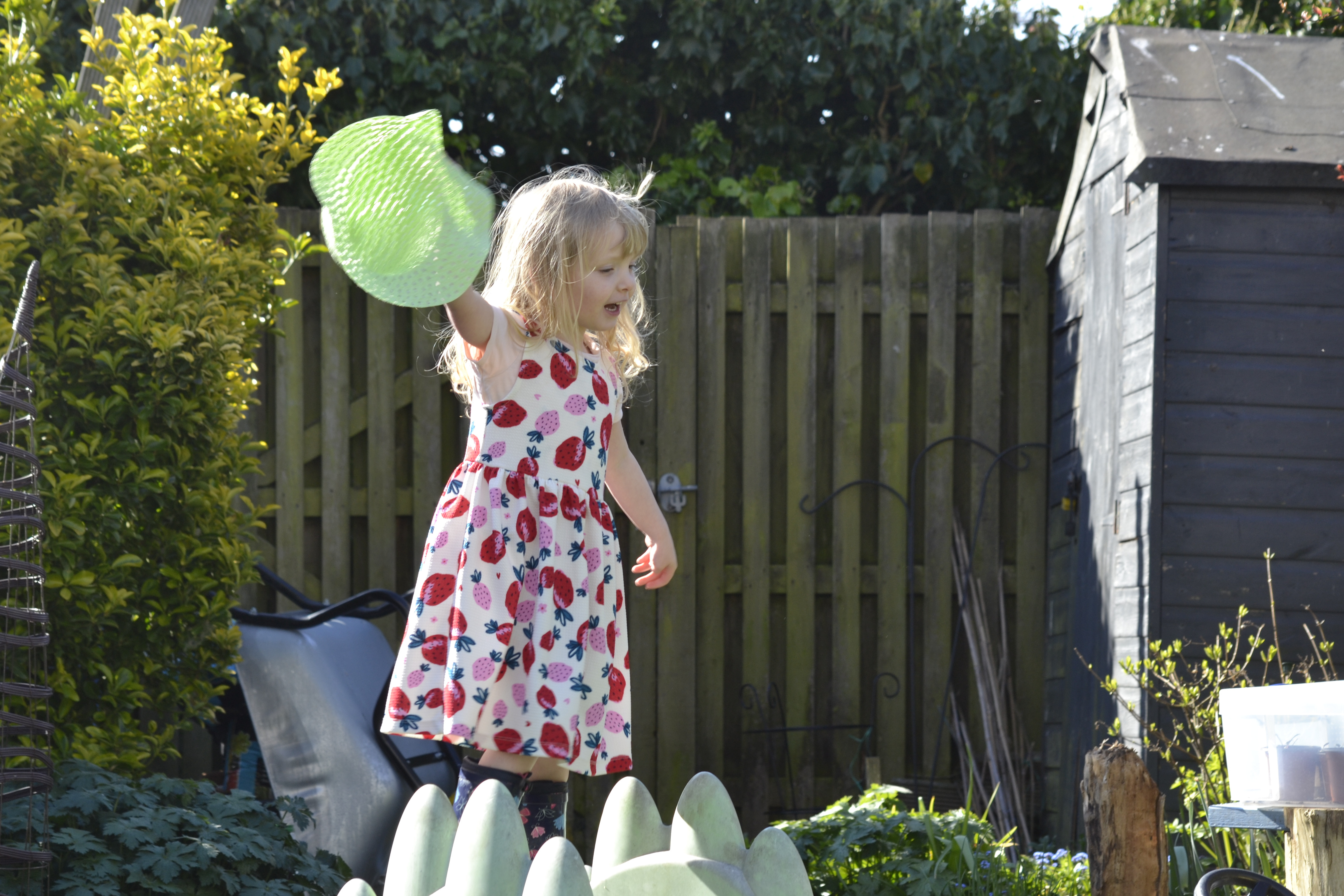 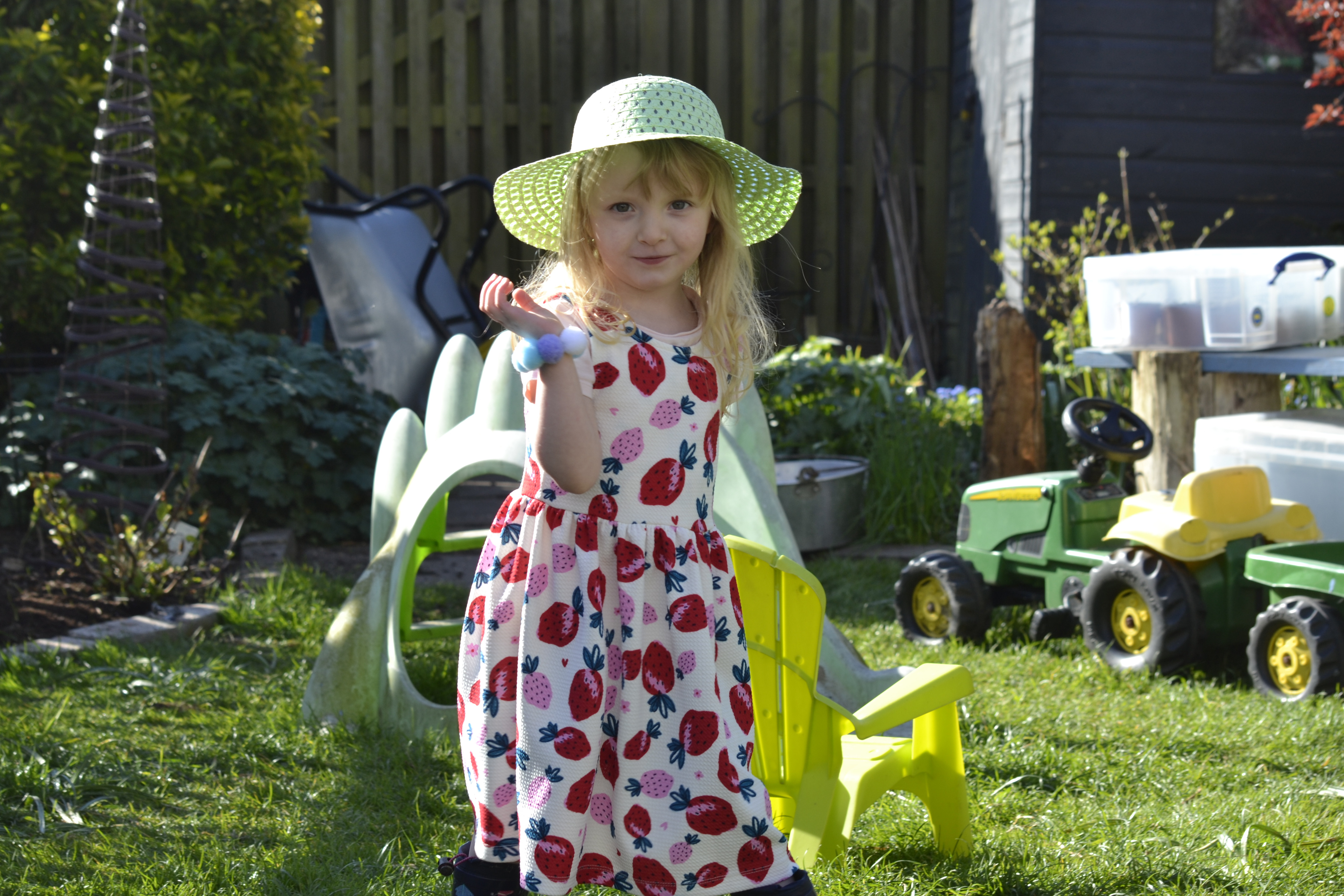 Now to wait and see if it attracts any birds. They are peering out from lilac but they always take a little while before they’ll risk a new feeder.

Update: we got some visitors. 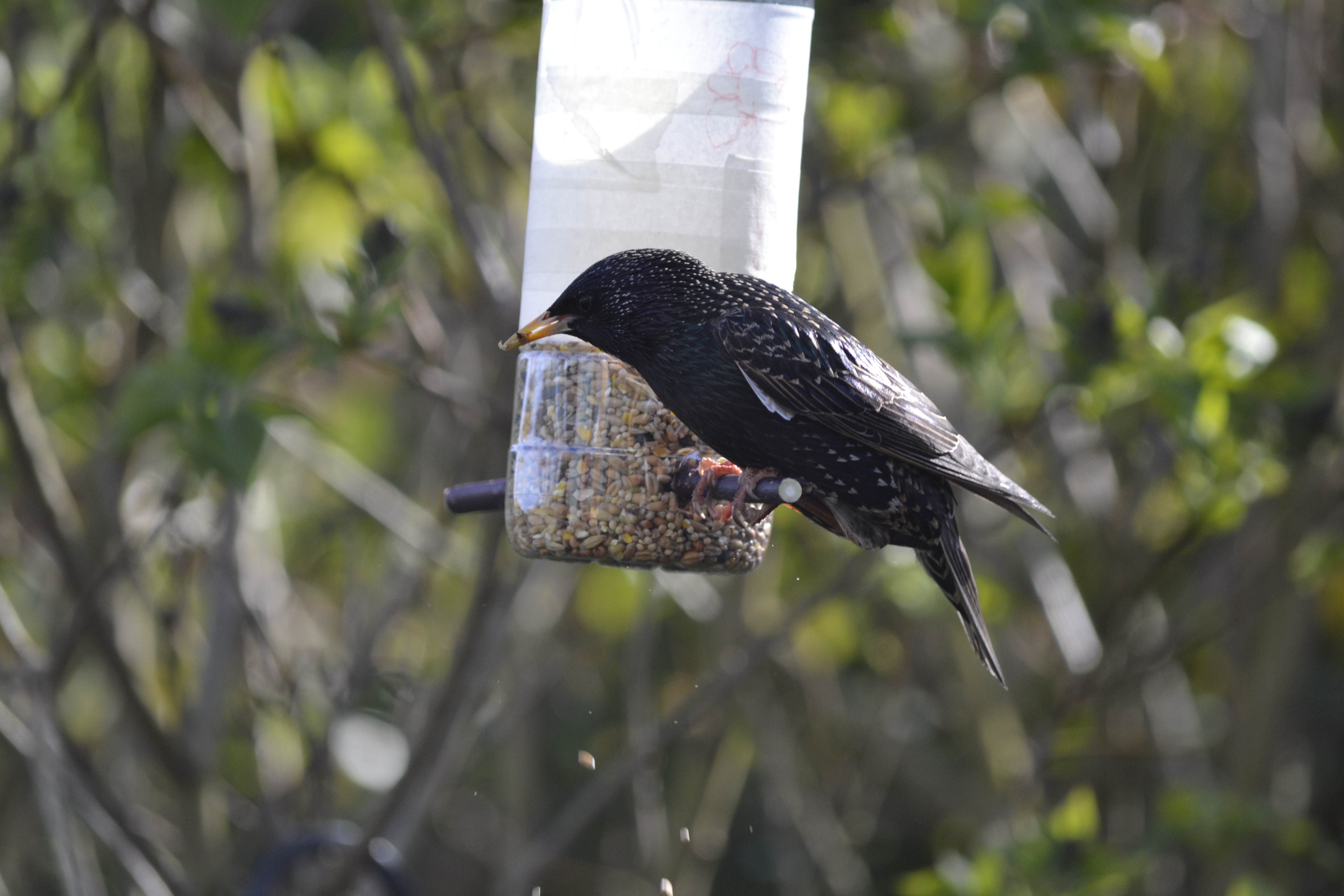 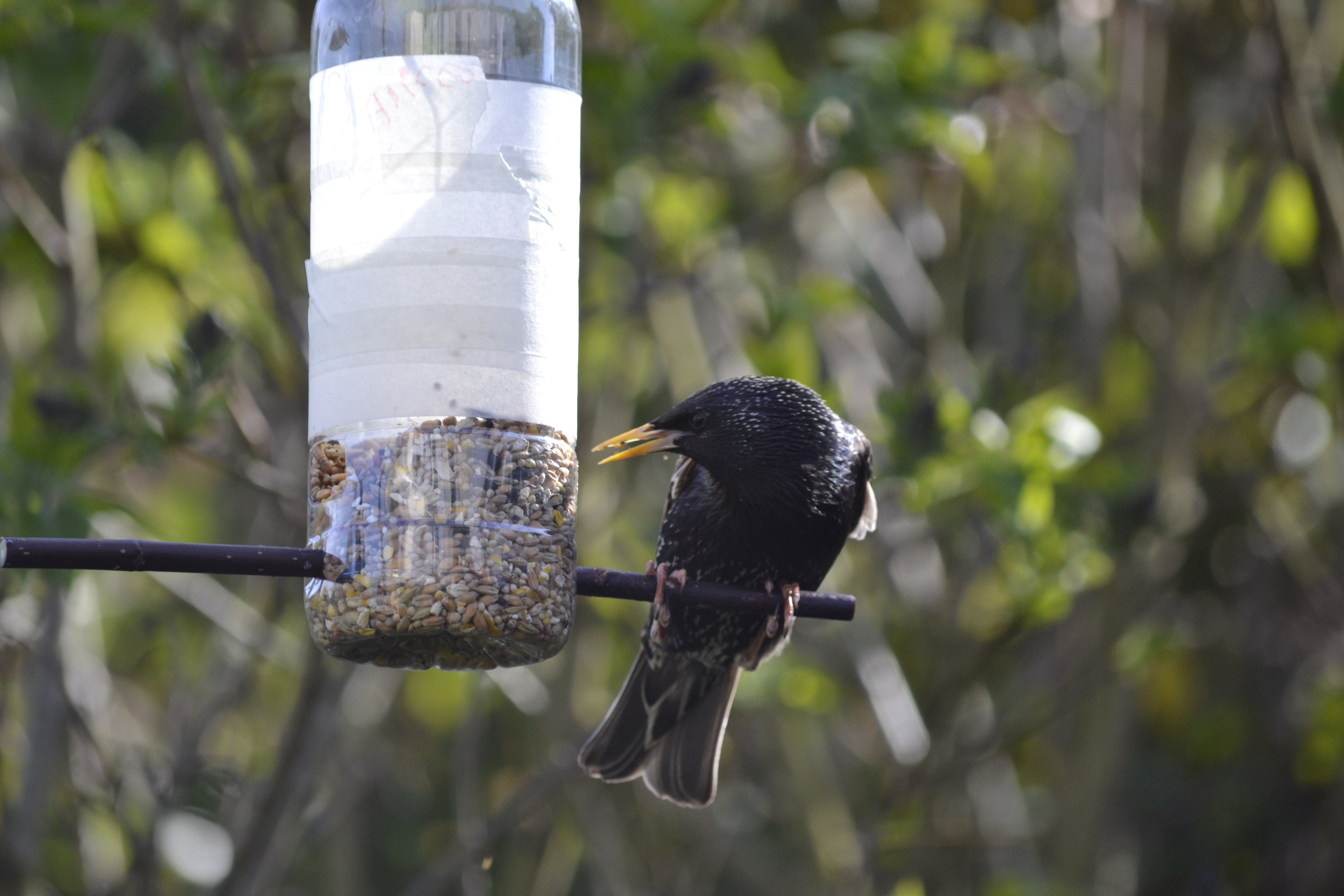