Yesterday I started work on sorting out our neighbours front garden. Both work for the NHS, one with a bad back, the other on call as a first responder so they are short of time for any major garden renovations. I’d mentioned a while back I’d help tidy it up if I ended up out of work again. So, with a bit of time on my hands, I got started. Staying out on my own to avoid contact obviously. I’ve spent a good bit of time on my front garden so it’ll be nice to have a row of gardens looking good together.

The basic aim is to make something low maintenance that will look nice but not be time-consuming. I’ve got little to work with in terms of materials as getting hold of things is a little tricky right now. The basic layout is good. They’ve got a square section with a circle of slabs and a planting space in the middle. I’ve worked through clearing the weeds. A lot were surface rooting weeds that came out easily enough but I may need to return to the job in a few weeks. 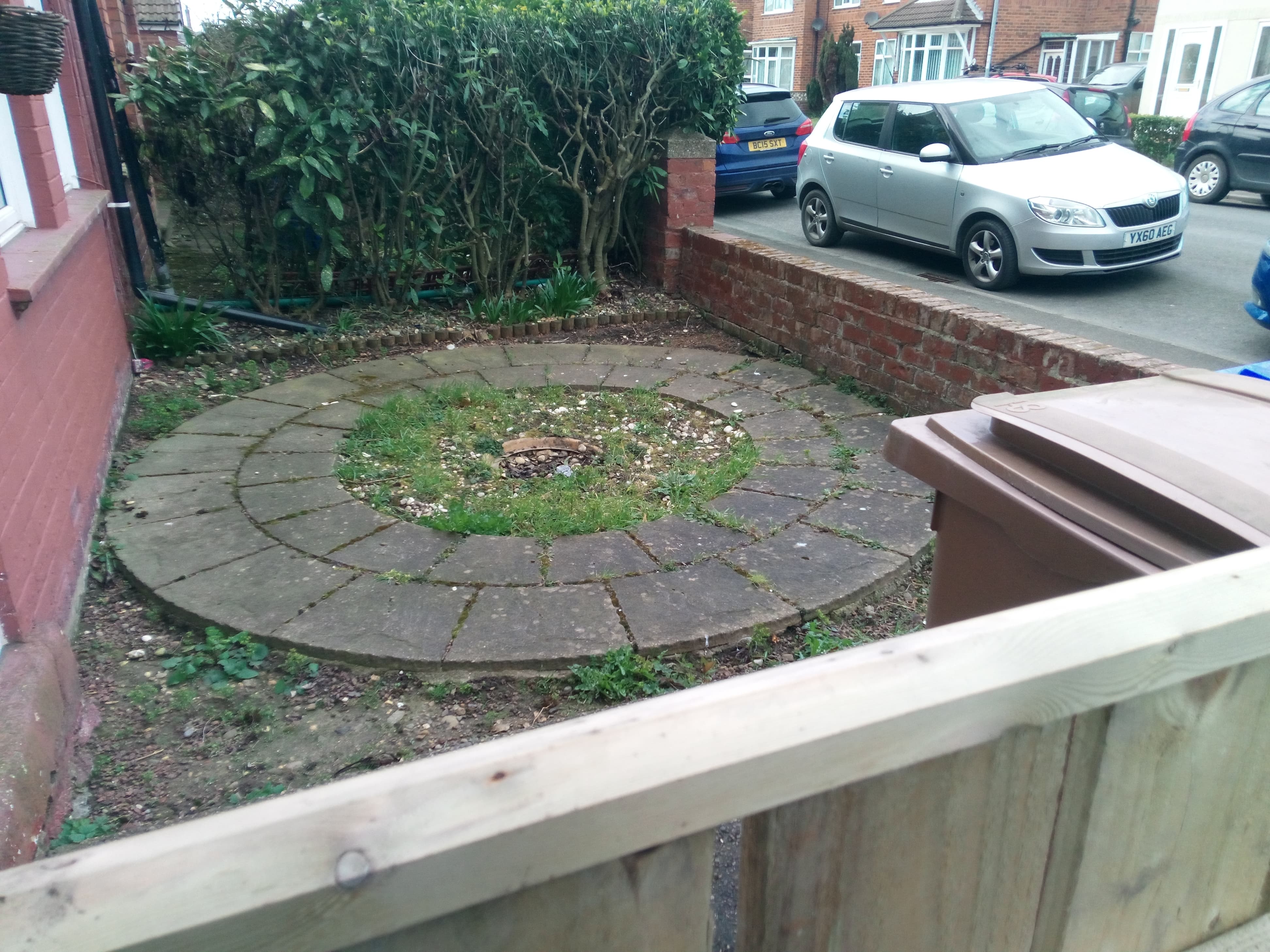 The middle of the ring had a non-functioning water feature in the middle. It was quite an effort getting this out as the water needed draining. I’d tried putting a hole in the bottom but the ground is thick compressed clay so none of it drained away. It had to be scooped out and then dugout. 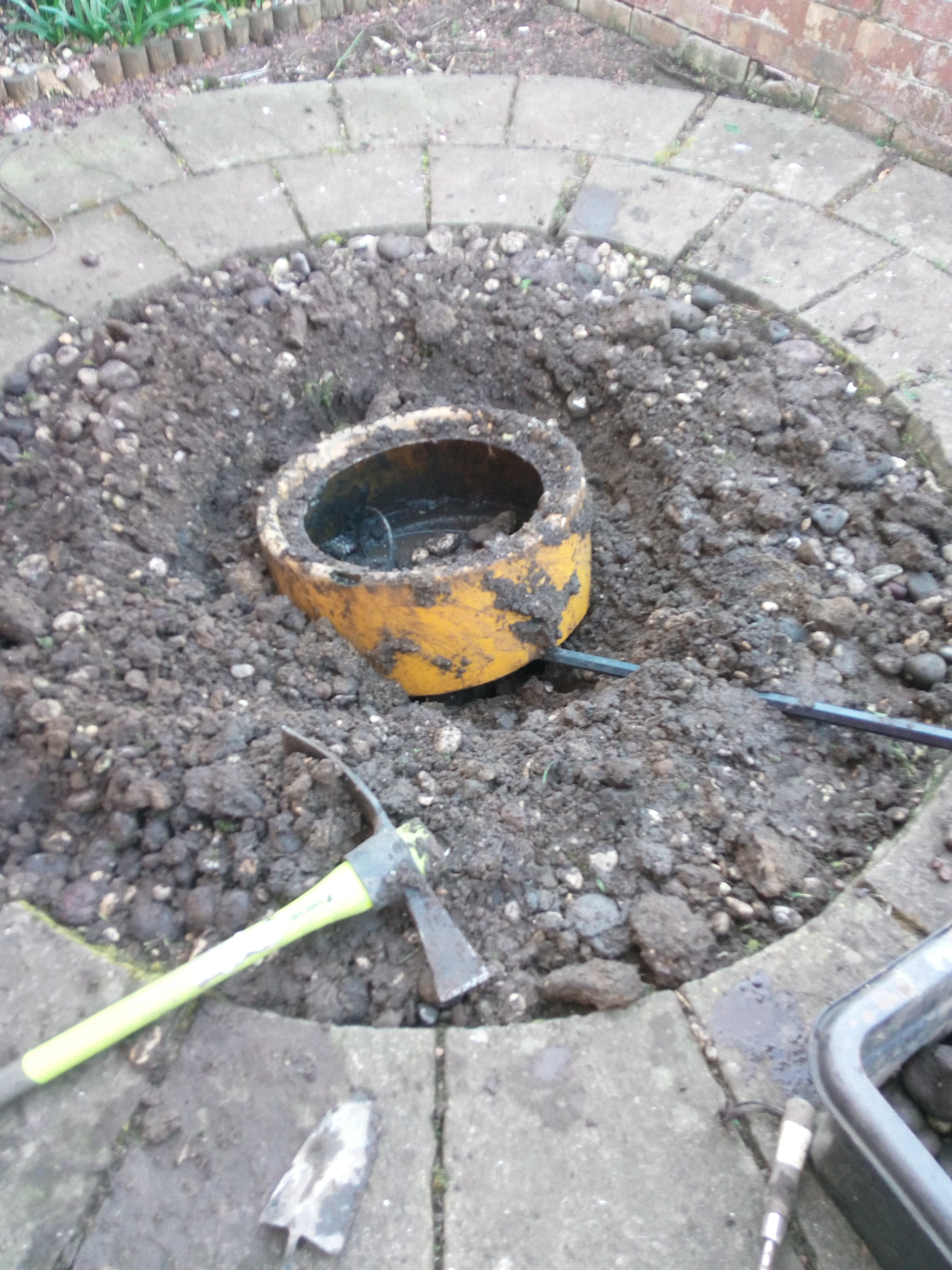 This left a bigger hole than I’d realised so I filled the gap with some of my leaf mulch and homemade compost as it’s a little difficult getting compost currently. My neighbours had one bag of compost so that went on the top where I’d was planting into. 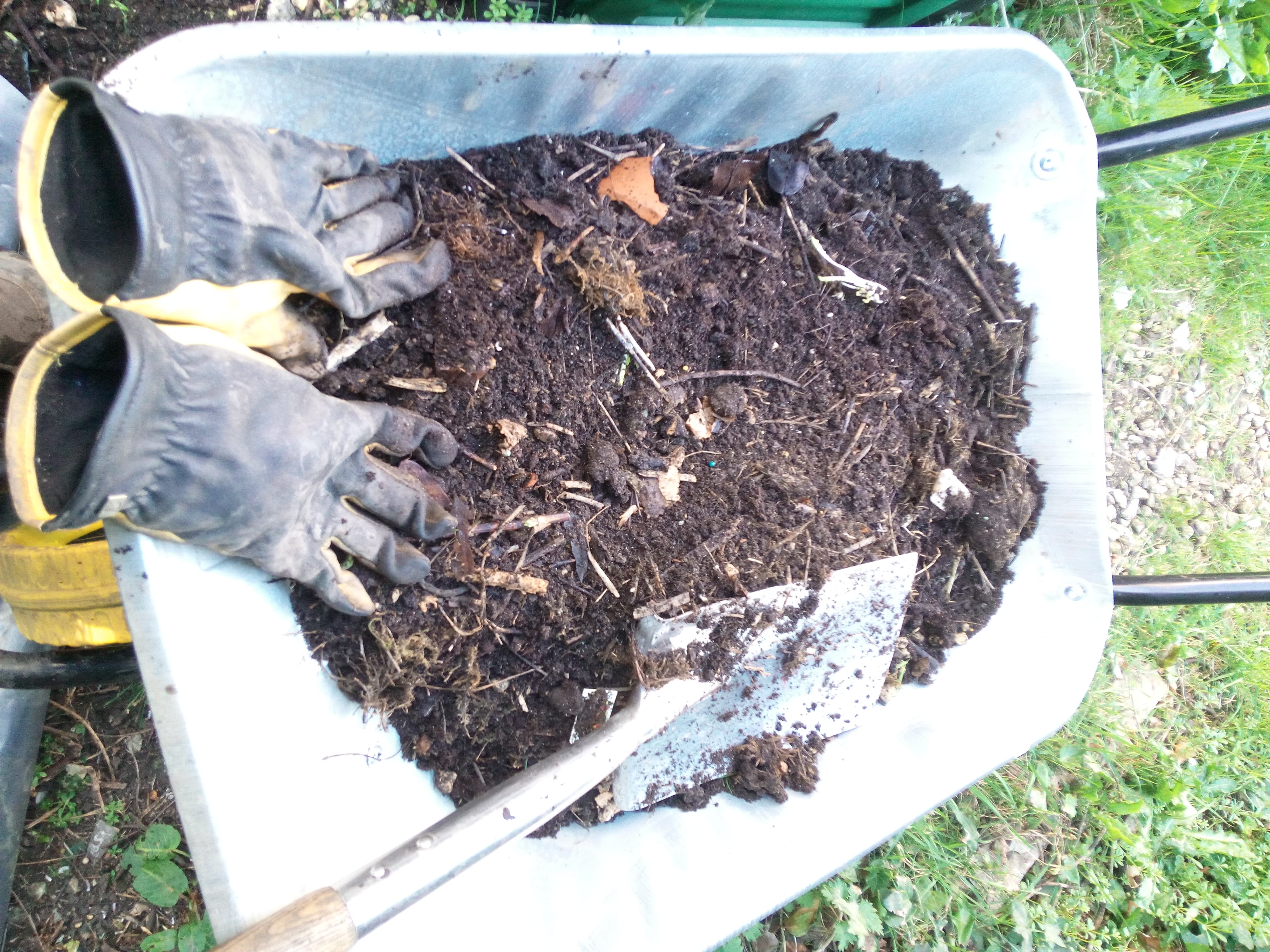 My neighbour’s had bought a hydrangea as I’d advised it as a minimal fuss option. So, that has gone in the middle and then it has been surrounded with a few evergreen ferns and a few hardy geraniums divided from my garden. These should all like the shaded North facing conditions and will gradually fill out the whole of the space. 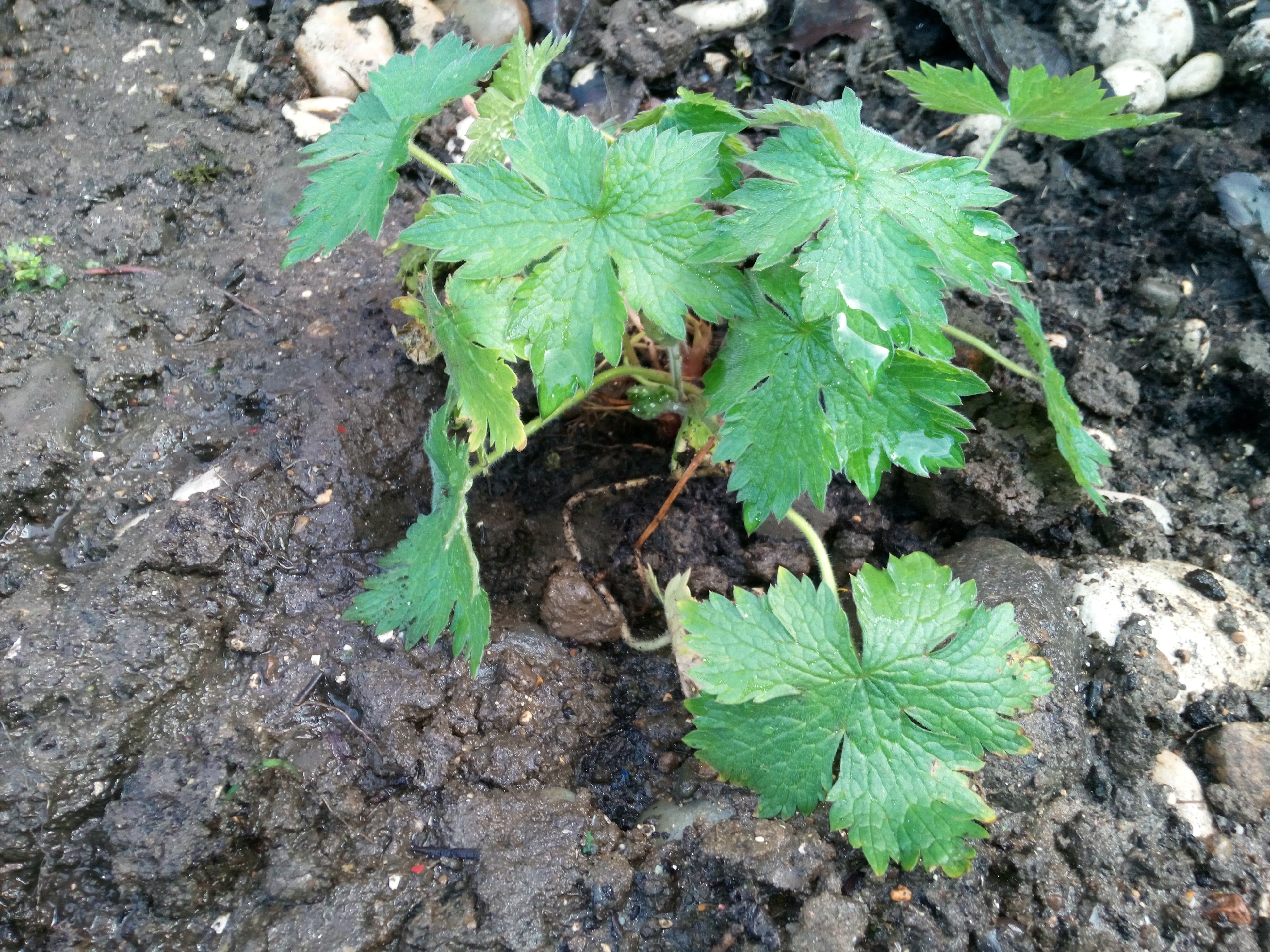 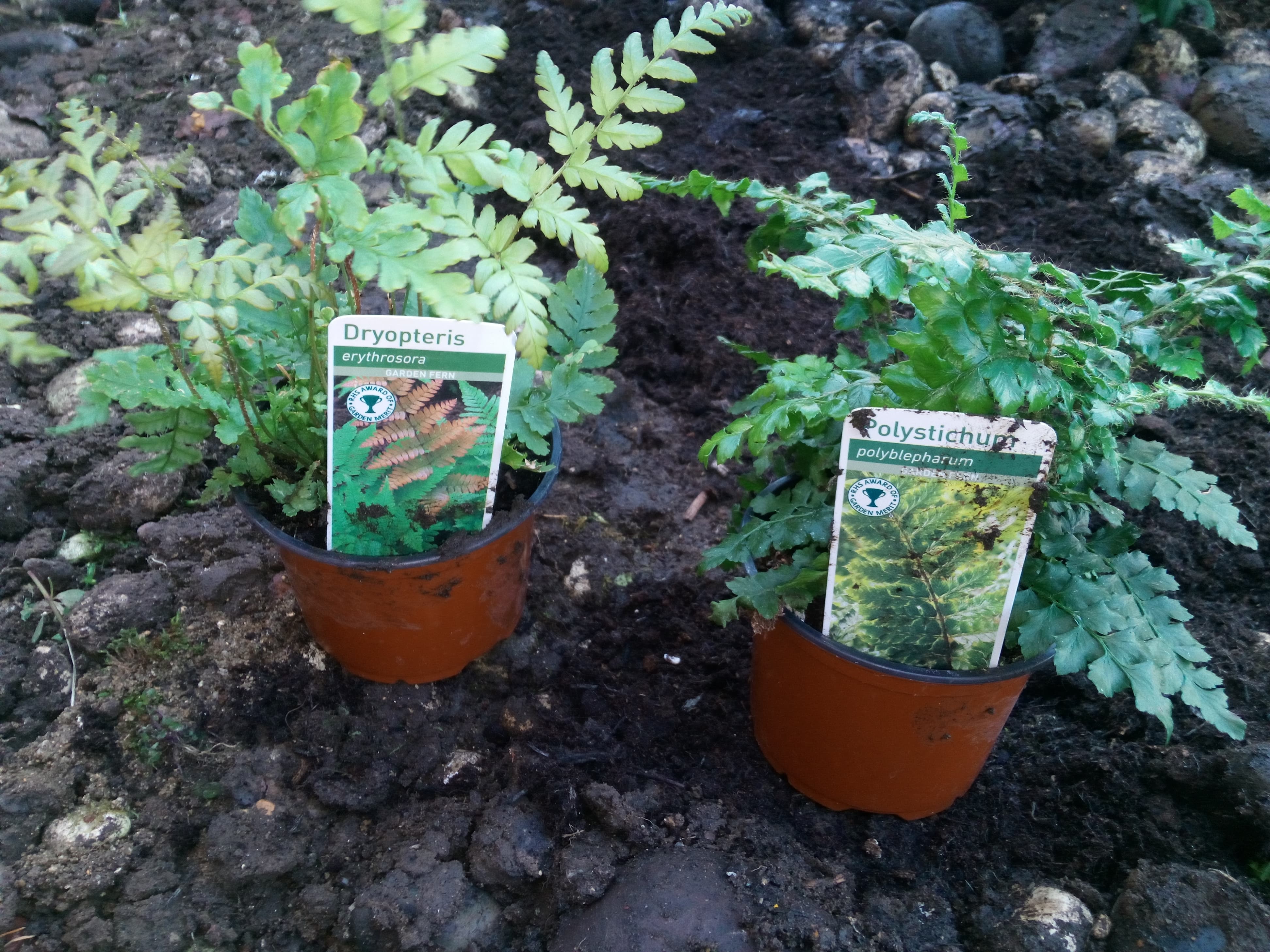 Weed matting has gone down around the outside. Eventually, this will be covered in the gravel but it was expensive to get delivered currently. The middle section could do with a mulch of bark to keep the water retention and gradually rot down to improve the soil structure. 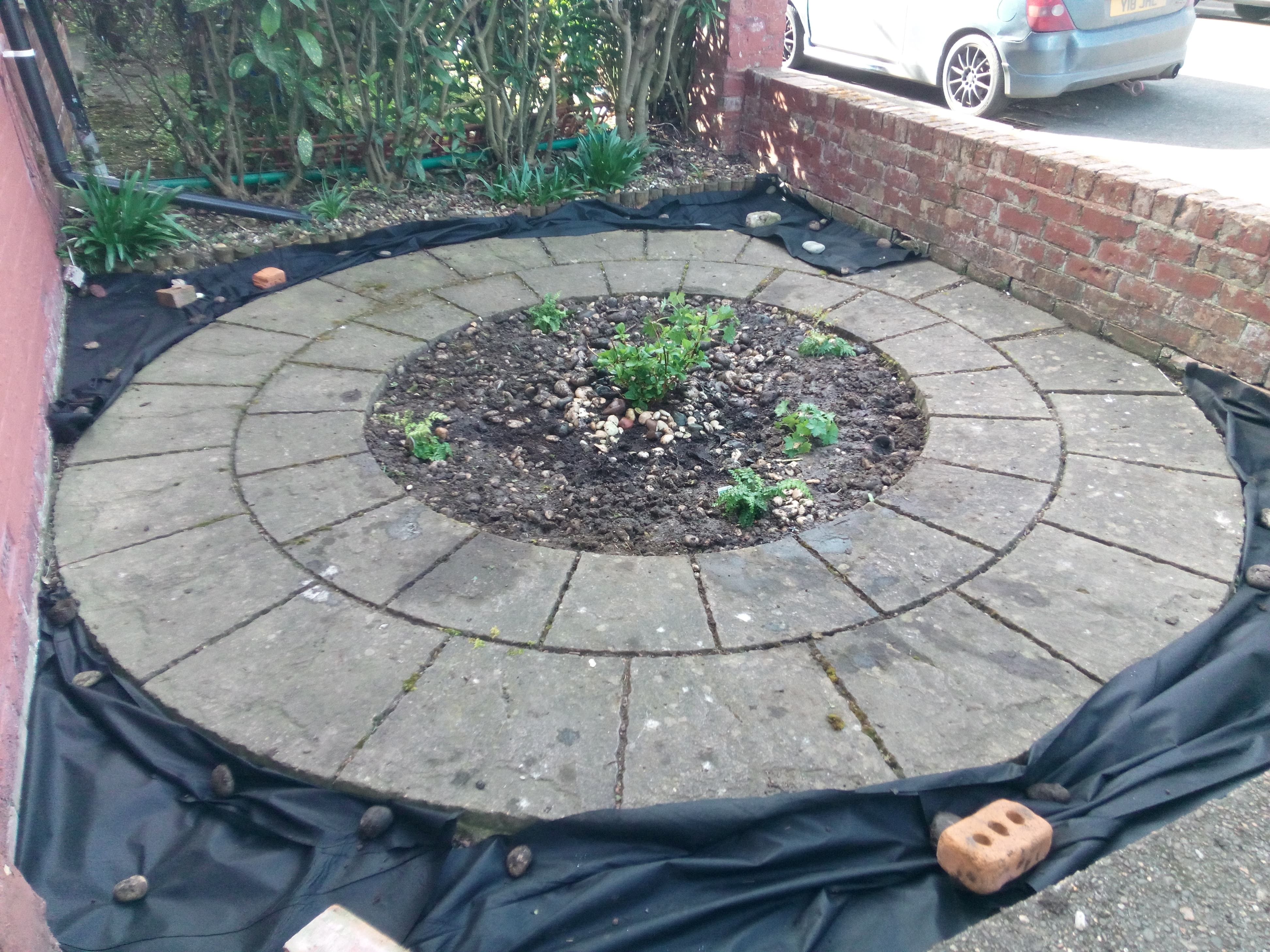 It may not look like much currently but it should fill out nicely and be fairly minimal fuss. I hope they like it as it grows out. It could do with a few more materials I can’t get hold of currently so it will need some further work. Amy’s now suggested I help on a few more of the streets front gardens. I think she wants me out the way. But nice to help in the community as it’s been good to us.