This week you are getting treated to an additional six as Alice has had her camera out. She would have gone for lots more photos but she ran out of memory on the camera. So here we have six photos from Alice. 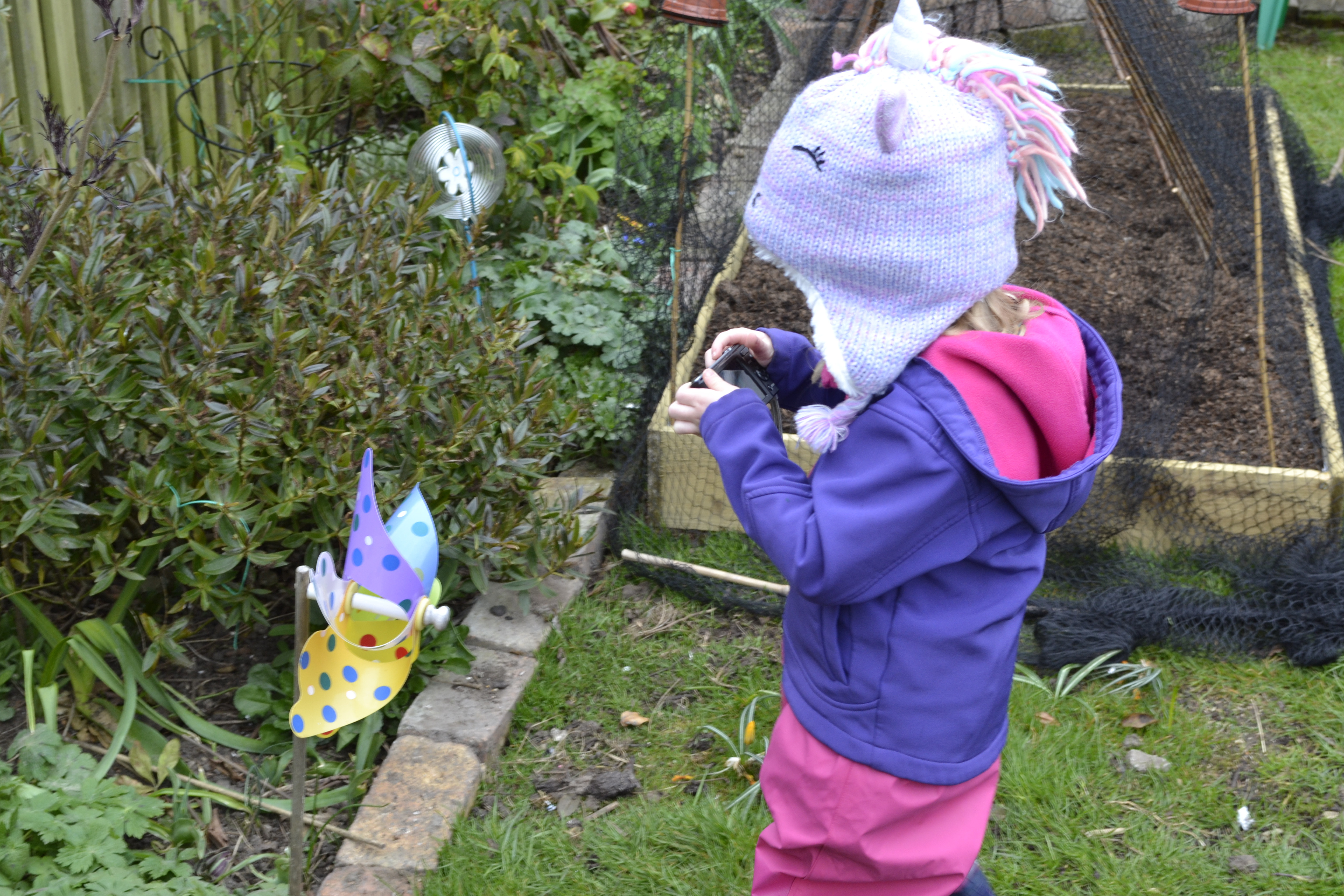 Alice went for the ornaments first. Alice has bought several windmills for the garden over the last few years and they’ve almost all snapped apart from this one which has survived our strong winds so far.

We bought two of these tiny plant topper gnomes last month. She is now relocating them on a regular basis, though they mainly return to the fairy house.

The fairy garden has been getting a bit more care lately, though as Alice is playing out a lot of the residents are in the mud kitchen now. Though at the moment I’m glad I sorted out a number of the things she can play with outside last month. She’s making up wonderful stories around her characters. Her imagination is on fire at the moment. 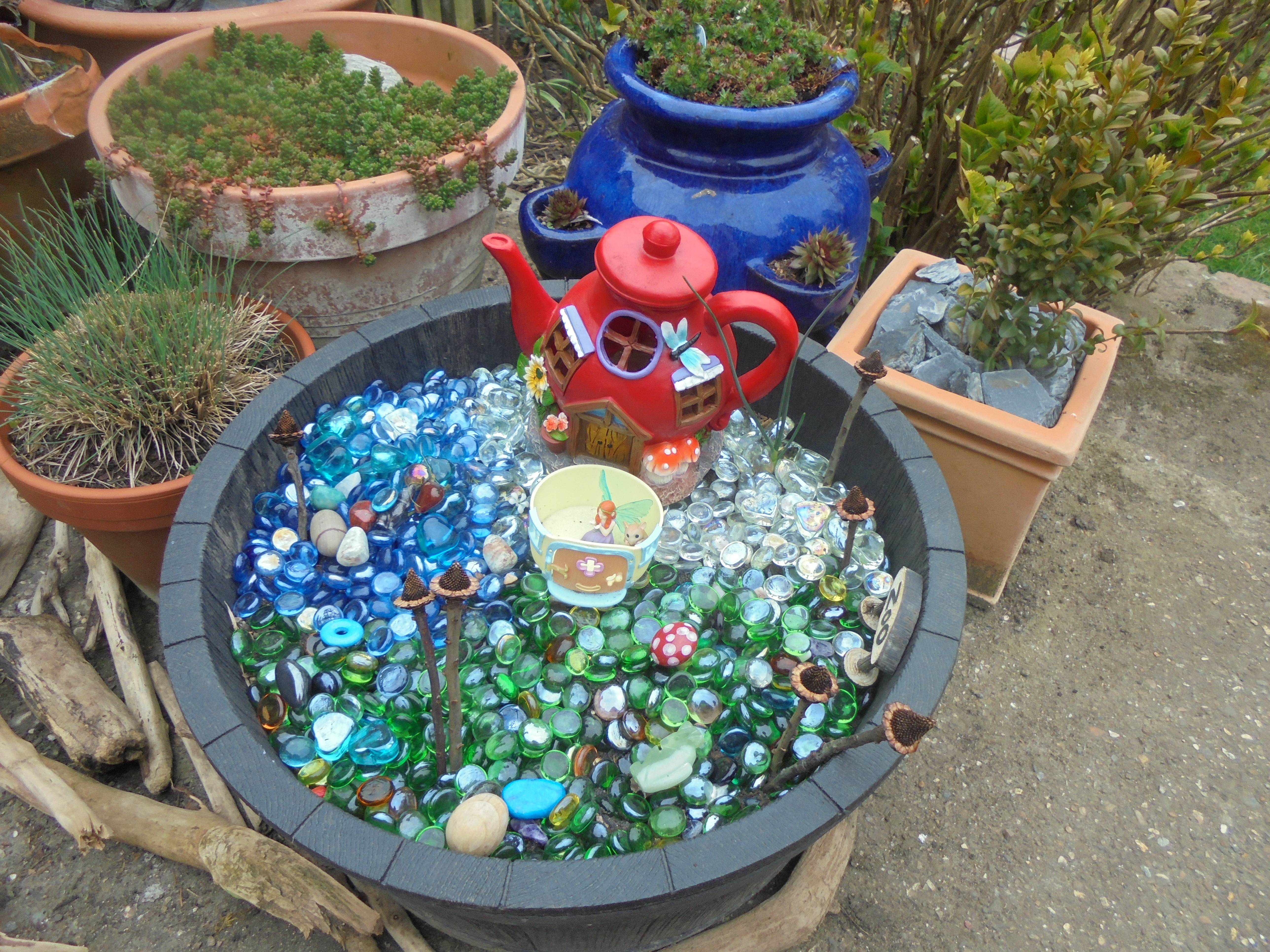 The camellia is starting to open its flowers. It’s got a lot more blooms on it than last year. Some are looking to have suffered from frost damage. We’ll see how badly before we decide if the space could be used better.

She’s still at an age where she is mainly interested in the flowers, no interest in the finer side of foliage but she’ll learn. So here are some daffs.

6. Portrait of the photographer

Then she wanted some photos of herself. Here she is posing with one of the daffs either snapped by the gulls or neighbors cat. 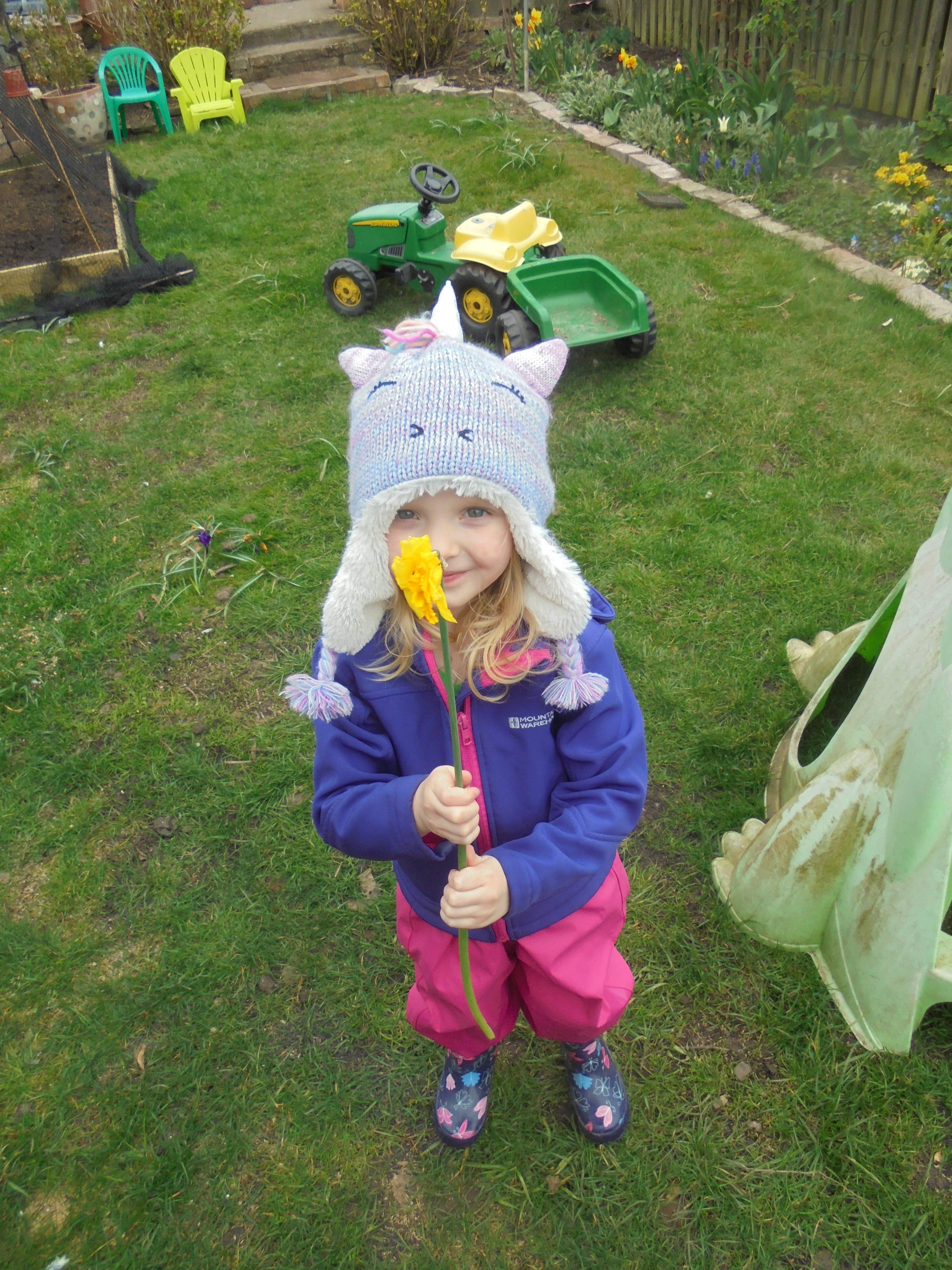 Hope you’ve enjoyed the bonus content. Interesting to see what a 3-year-old considers to be the best parts of the garden. She’s eagerly waiting on her Riding Hood tulips to come into flower. She’s gone with a lot of red flowers so she’s a bit dismissive of many of the flowers currently. But for her favourite colour, we’ve got tulips, sweet peas and salvias on the way. Enjoy your weekends.

10 thoughts on “Six on Saturday-Alice edition”