As part of the RHS course, I need to look at veg production which is currently one of my weakest areas of knowledge. I have grown potatoes as a teacher with classes and I’ve always grown something to eat each year in pots: tomatoes, lettuce, beans, etc. But, for the course, I need to know details such as spacing for various veg. With the state of food shops, it seemed like a good idea to get cracking on growing. It’s also an excuse to remove another section of lawn. I could quite happily change the lawn into a potager but we’ll try just one raised bed for now.

I built this last week before we went on official lockdown starting with a trip out to the builder’s yard. Three boards and a few corner braces and I had the start of the frame. One board was cut in half to make the short sides and then screwed together. It’s just a small bed at about 2m by 1m. But it’s long enough to grow a few different choices. The lawn here is pretty worn so we’re not losing pristine grass. 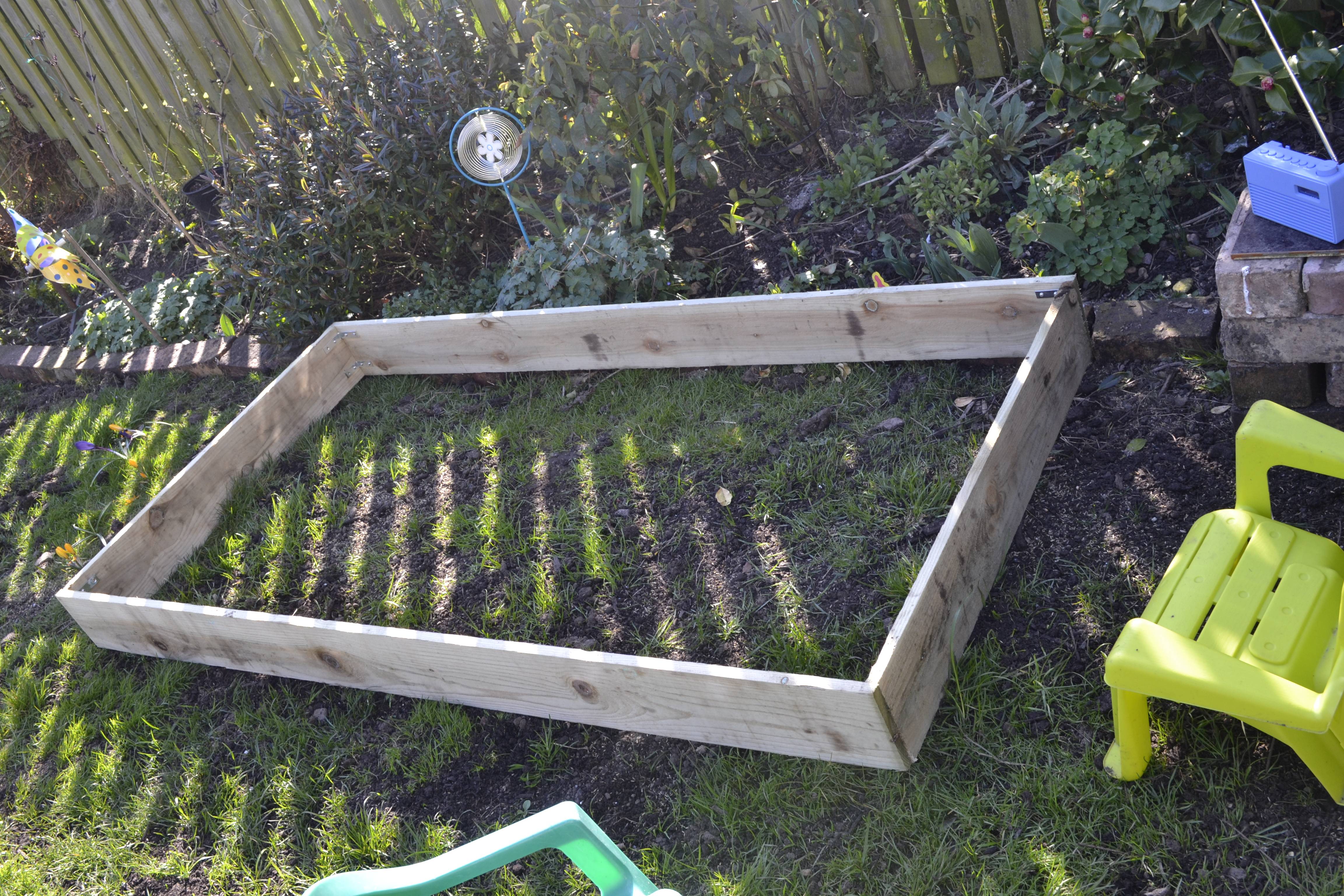 A layer of card went at the bottom to suppress the grass. 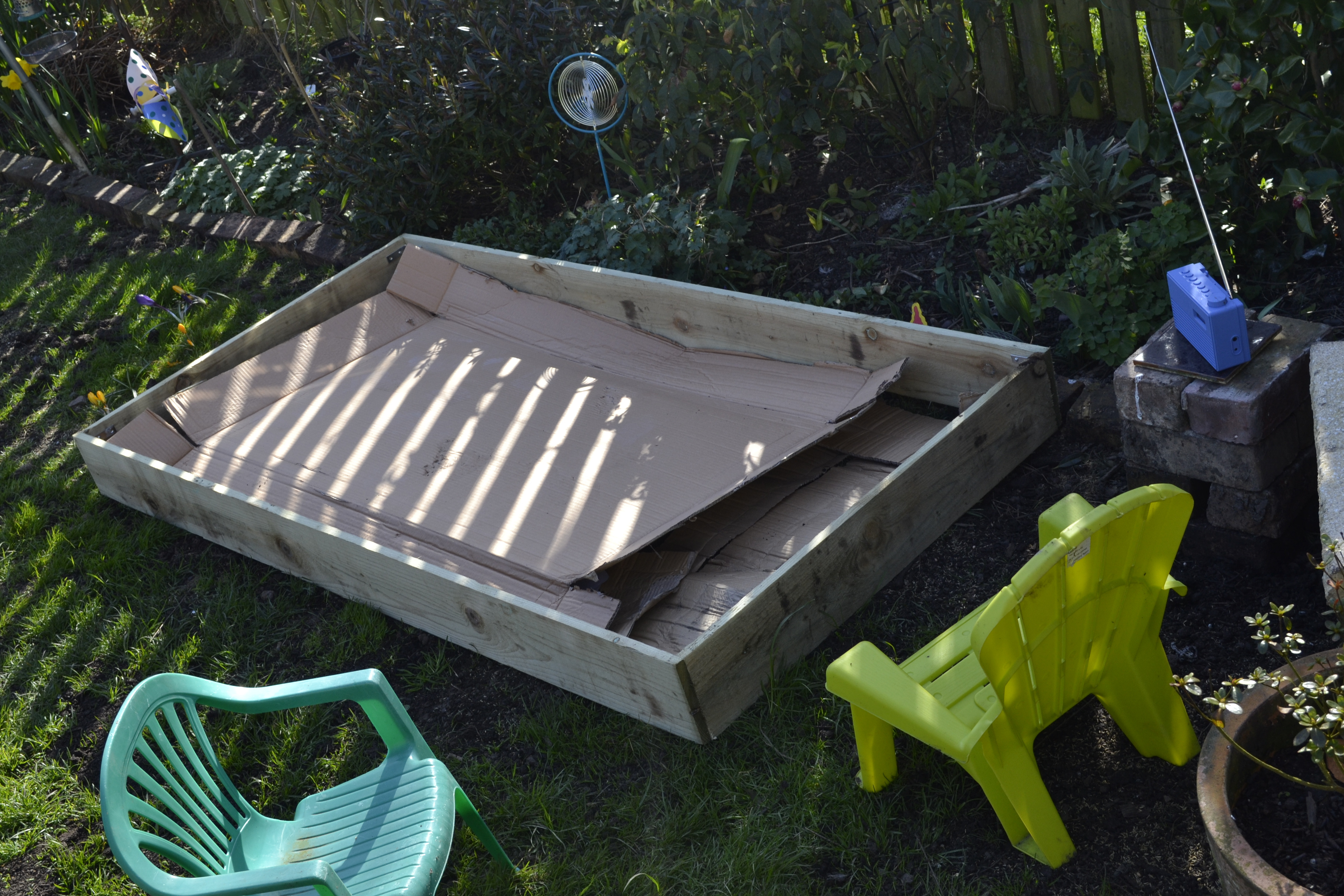 A layer of leaves from the leaf mulch bags went down on top. It’s not as well broken down as I’d like but it should carry on breaking down and adding some nutrition to the bed. 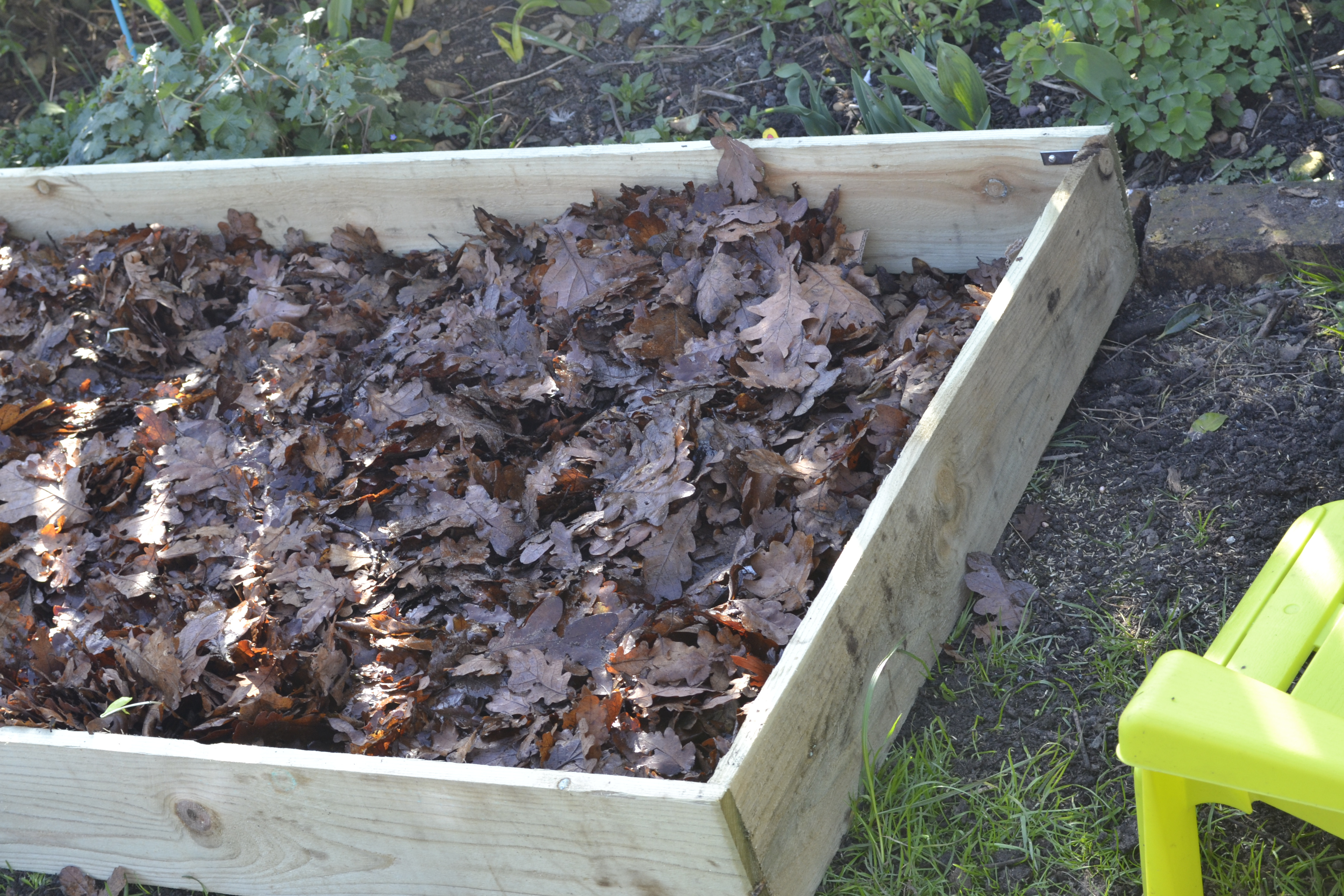 I added the compost and a frame made from two willow trellis panels. The two panels were leant in together and opened to lock into each other in a tent shape. 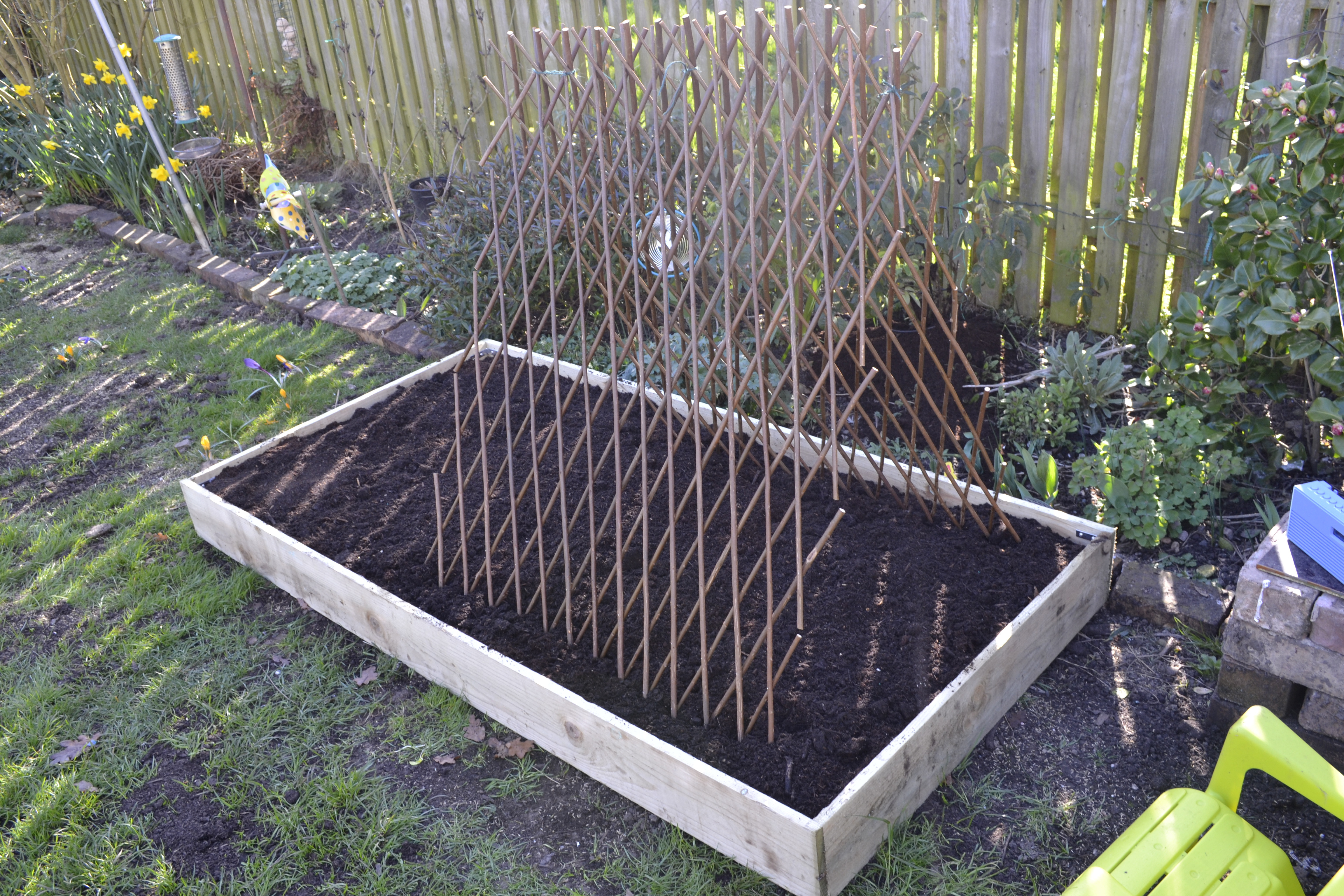 I sowed dwarf broad beans last week to go up the frame and then I have radishes and lettuce to go in the space. Alongside this, I have a few tomatoes from work to grow in pots and some early potatoes chitting inside. It won’t give us a mass amount of food but the routine of tending to it and watering it will help give some routine during the lockdown and adds another activity to help engage Alice’s attention while she’s off. Wish us luck!

7 thoughts on “Building a raised bed”