We have returned from the in-laws at Robin Hood’s Bay. The weather hasn’t been the best but we managed a few walks and had a bit of time to enjoy their garden.

It was quite windy both days so we stayed off the cliff path but managed to walk down between the houses. 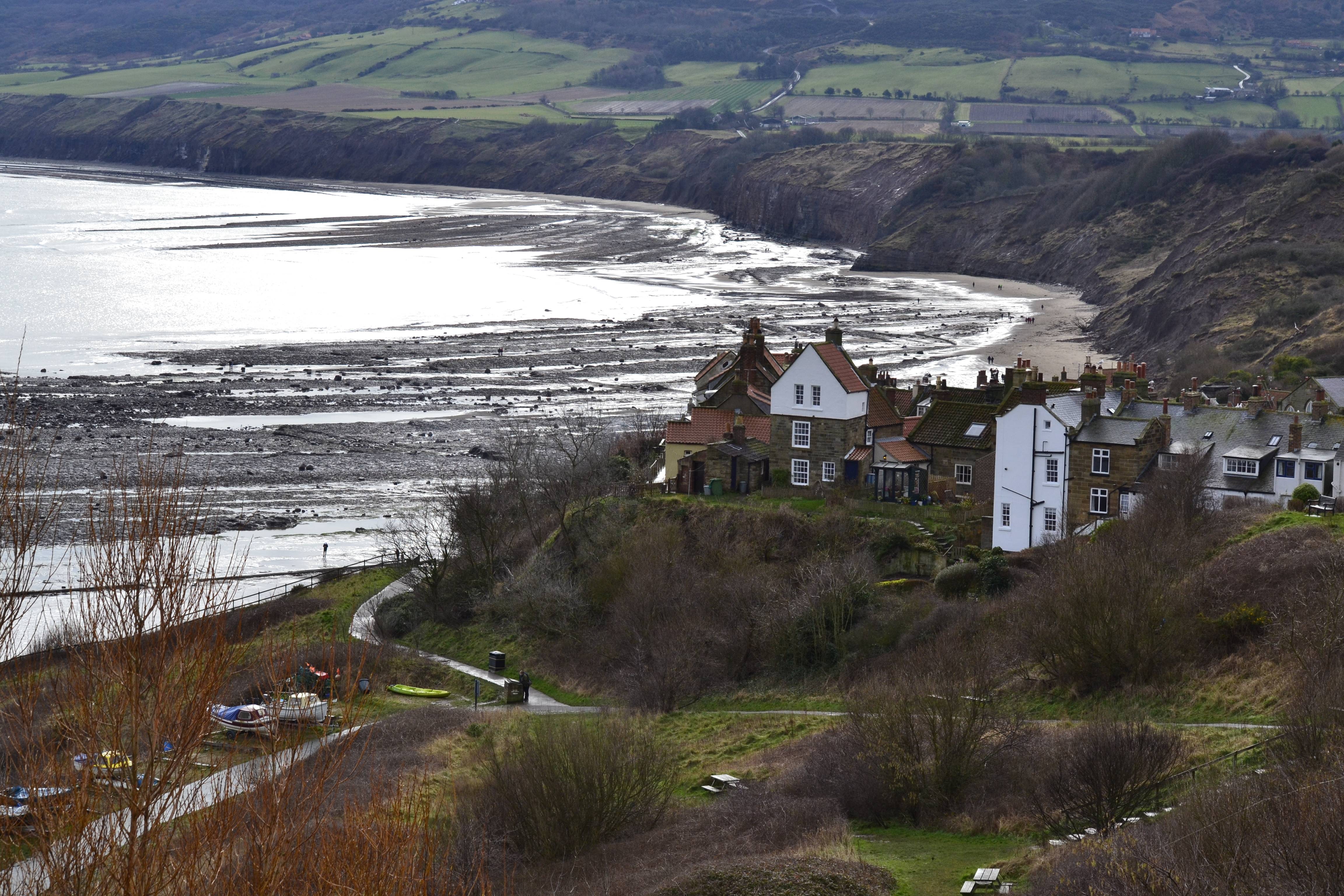 We revisited the Victoria where we had our wedding meal. 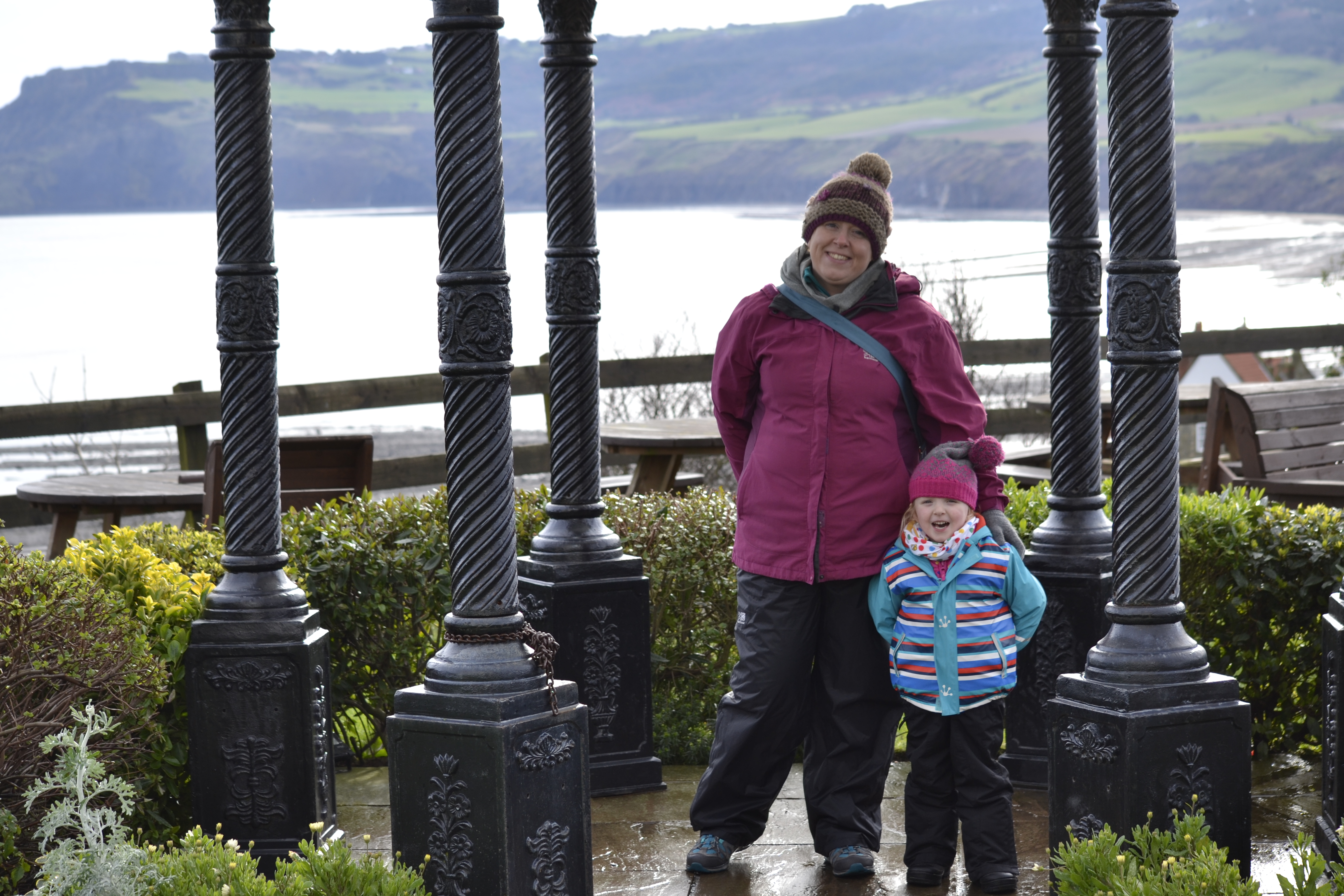 The gnomes of the bay are still looking cheerful. 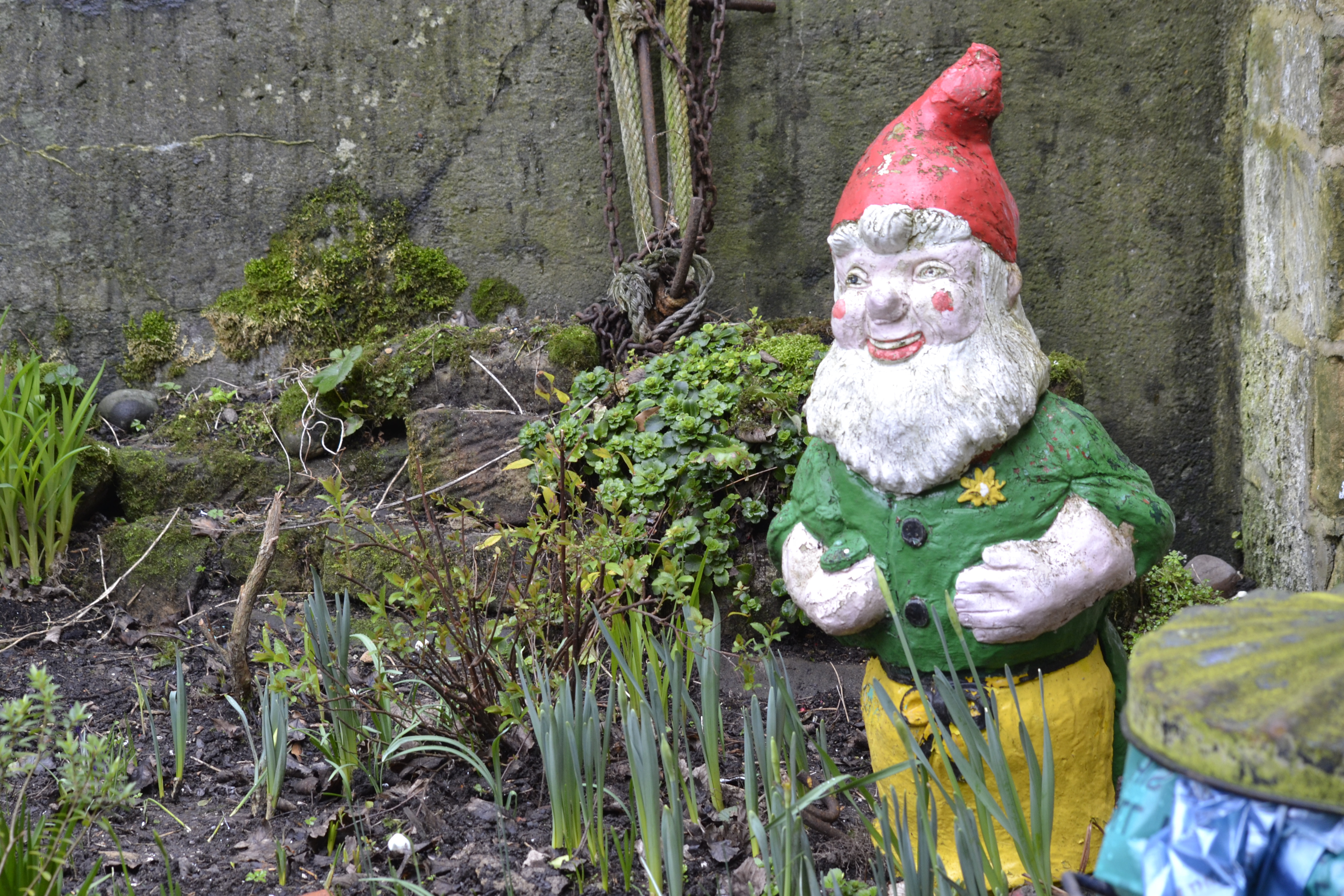 Amy borrowed my camera to get a bit more practise before she starts teaching photography again. 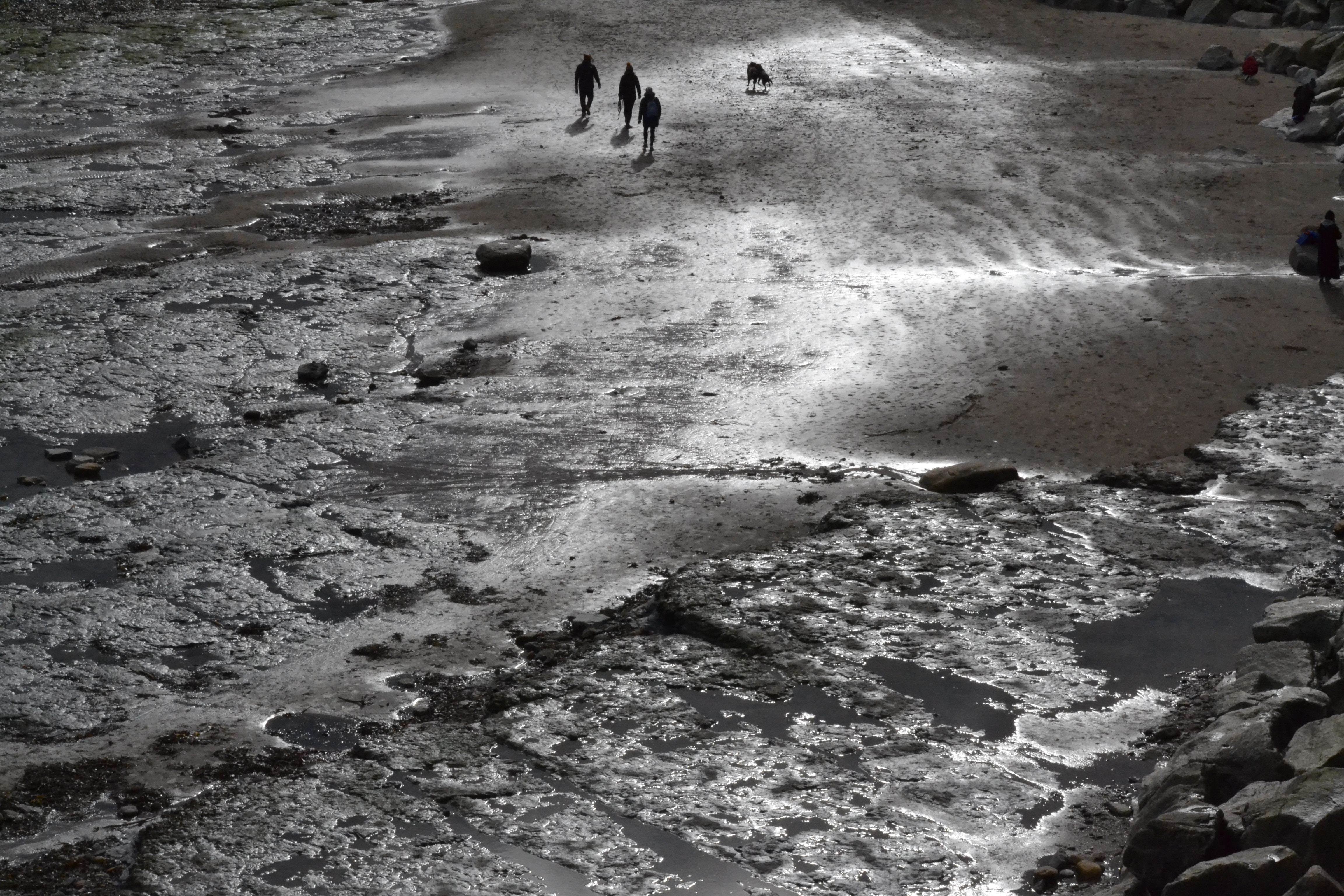 Alice wanted a photo next to hellebores outside one of the pubs. Maybe my influence is rubbing off. 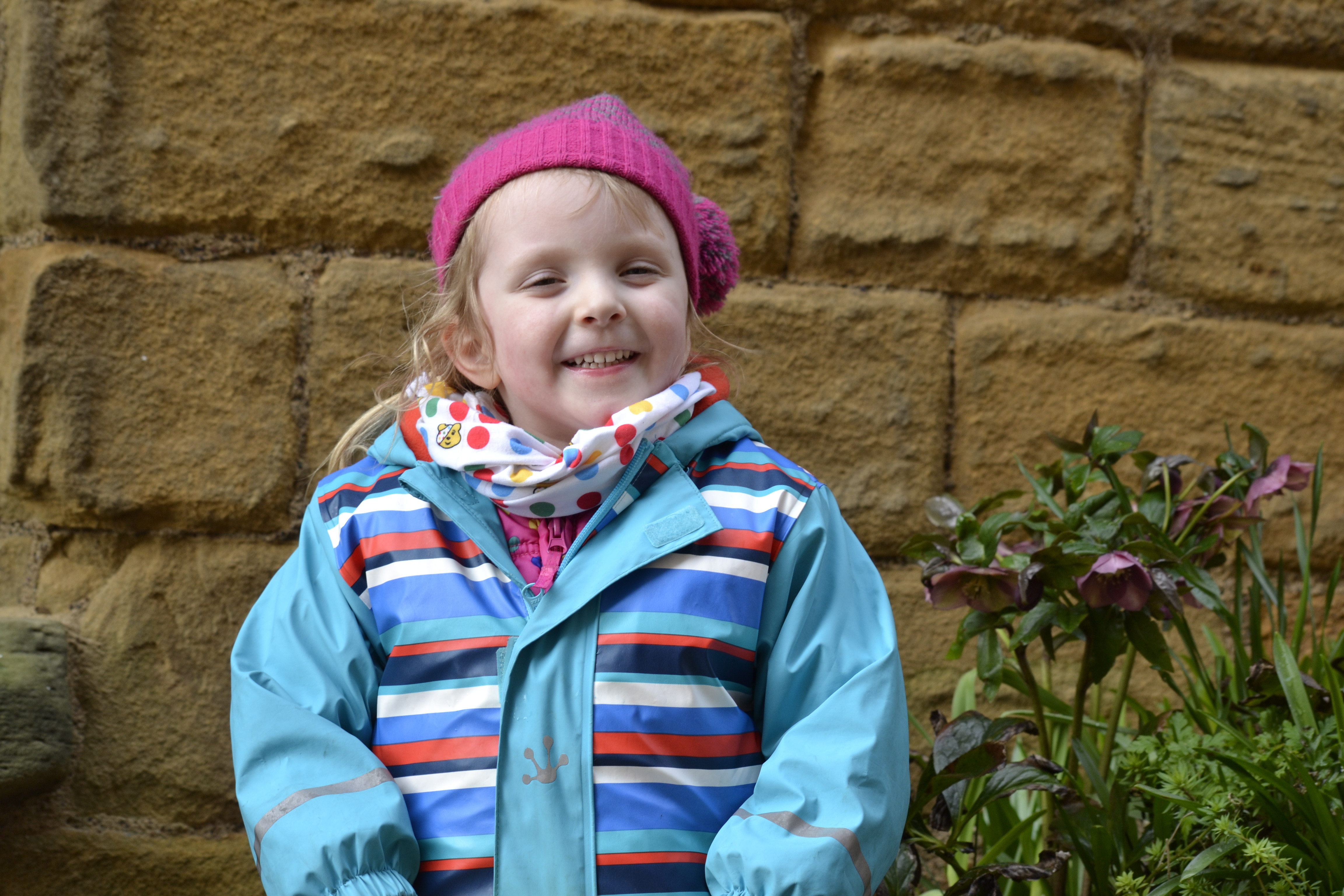 The Victoria has wonderful drifts of snowdrops and daffodils open together at the moment. 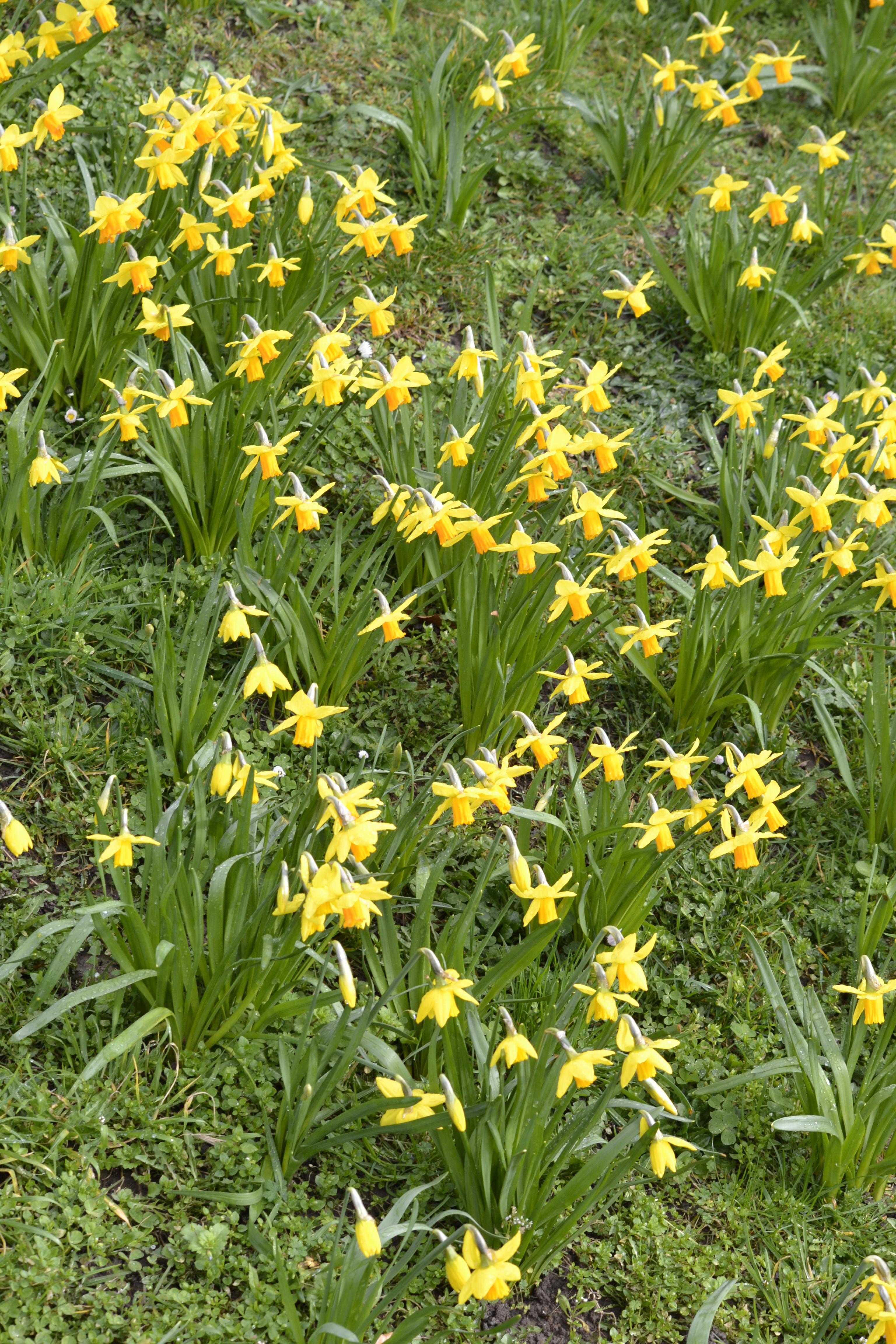 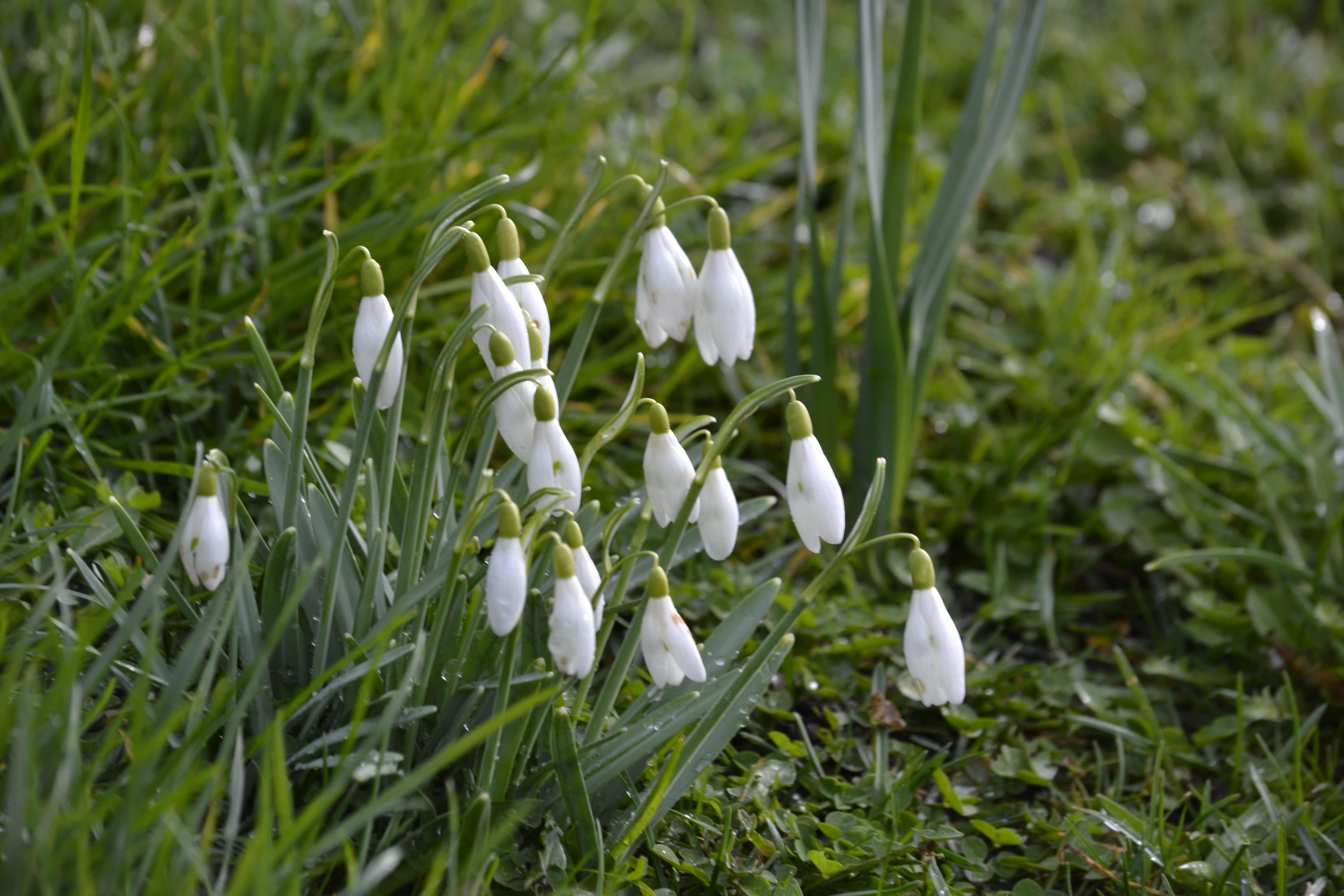 A spectacular camellia on the walk down. 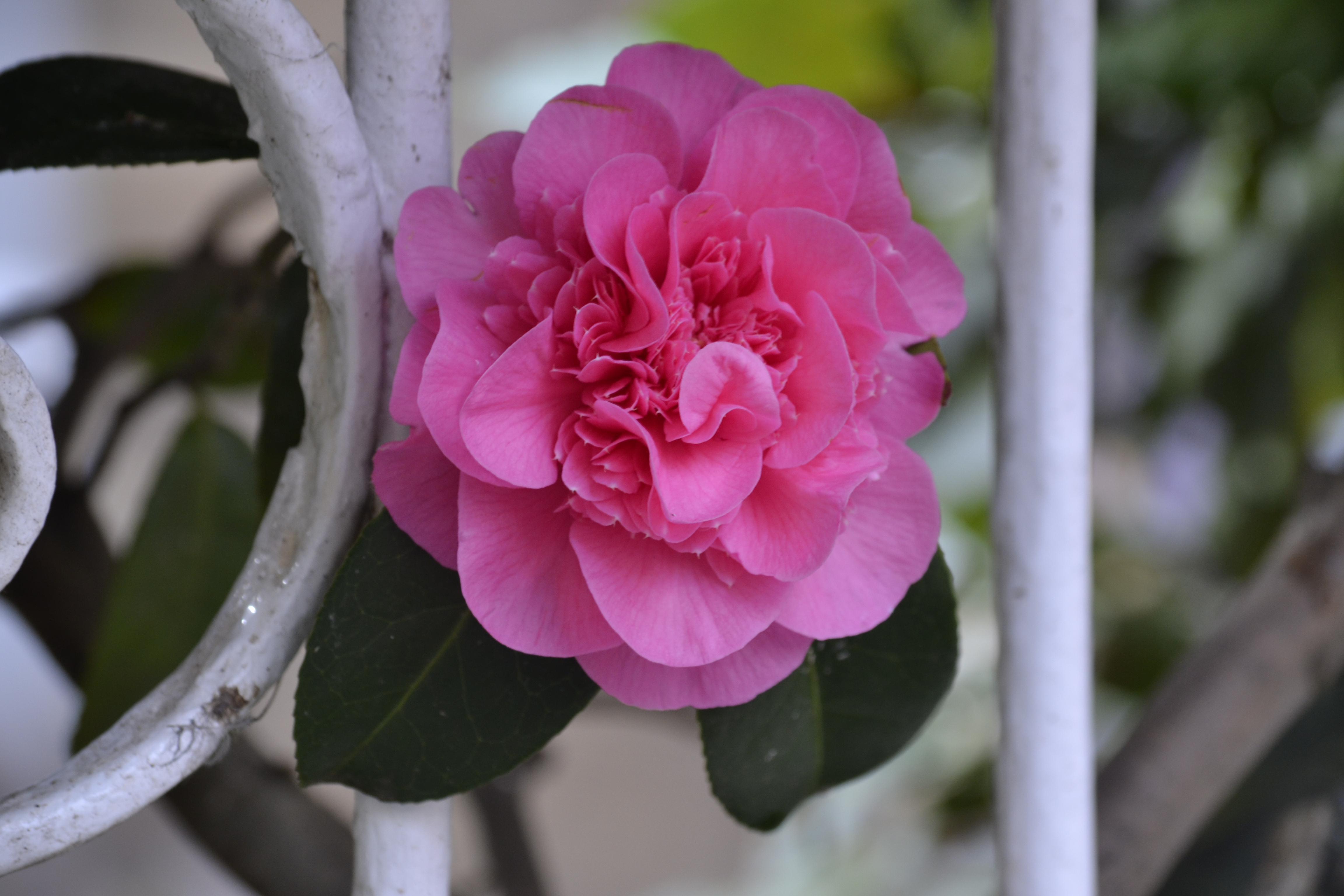 The stone walls on the walk down are full of life at the moment. Ferns and snowdrops are filling the walls. 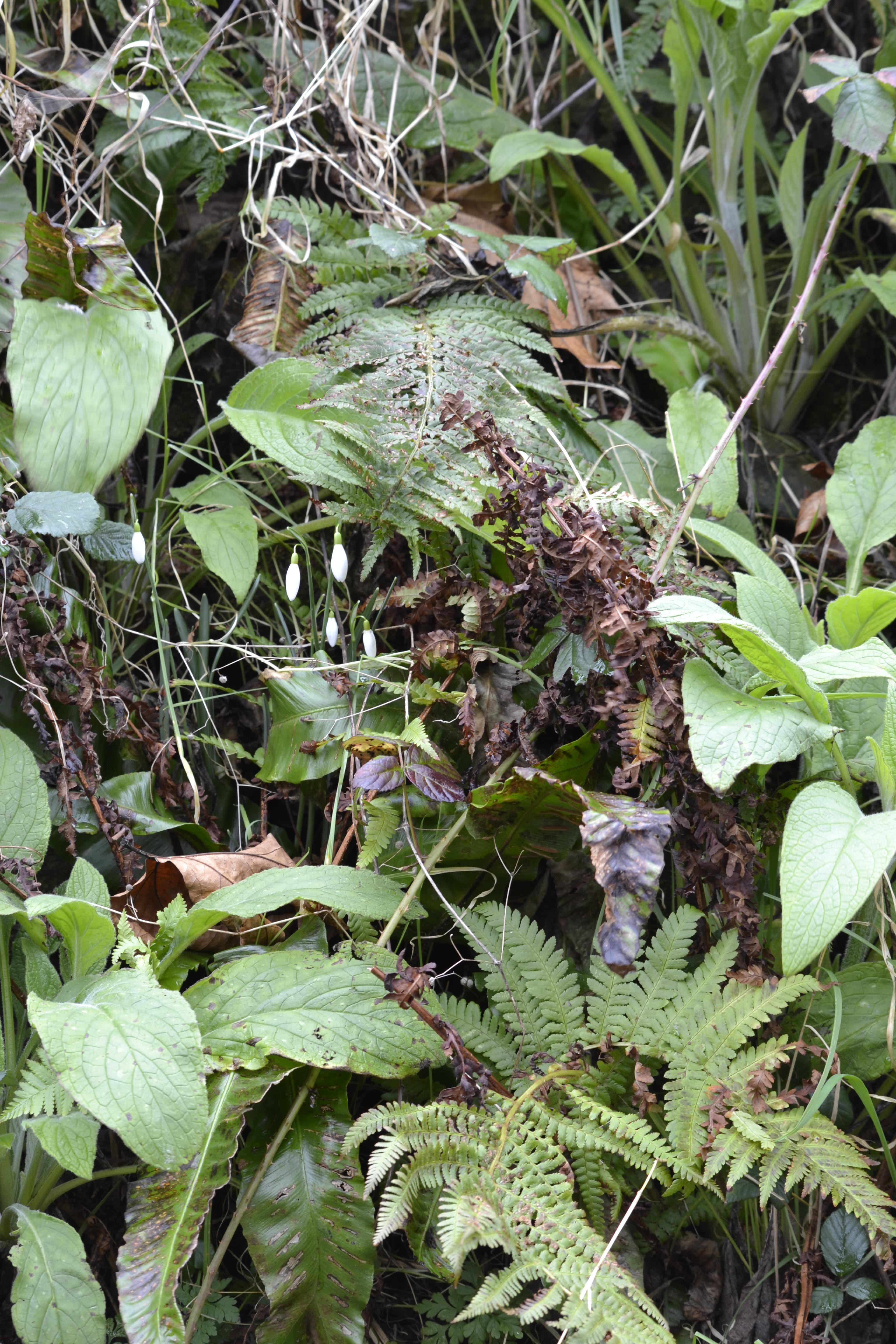 Here are bricks made from the local clay. When I talked in my last blog about the soil being thick clay I meant it. 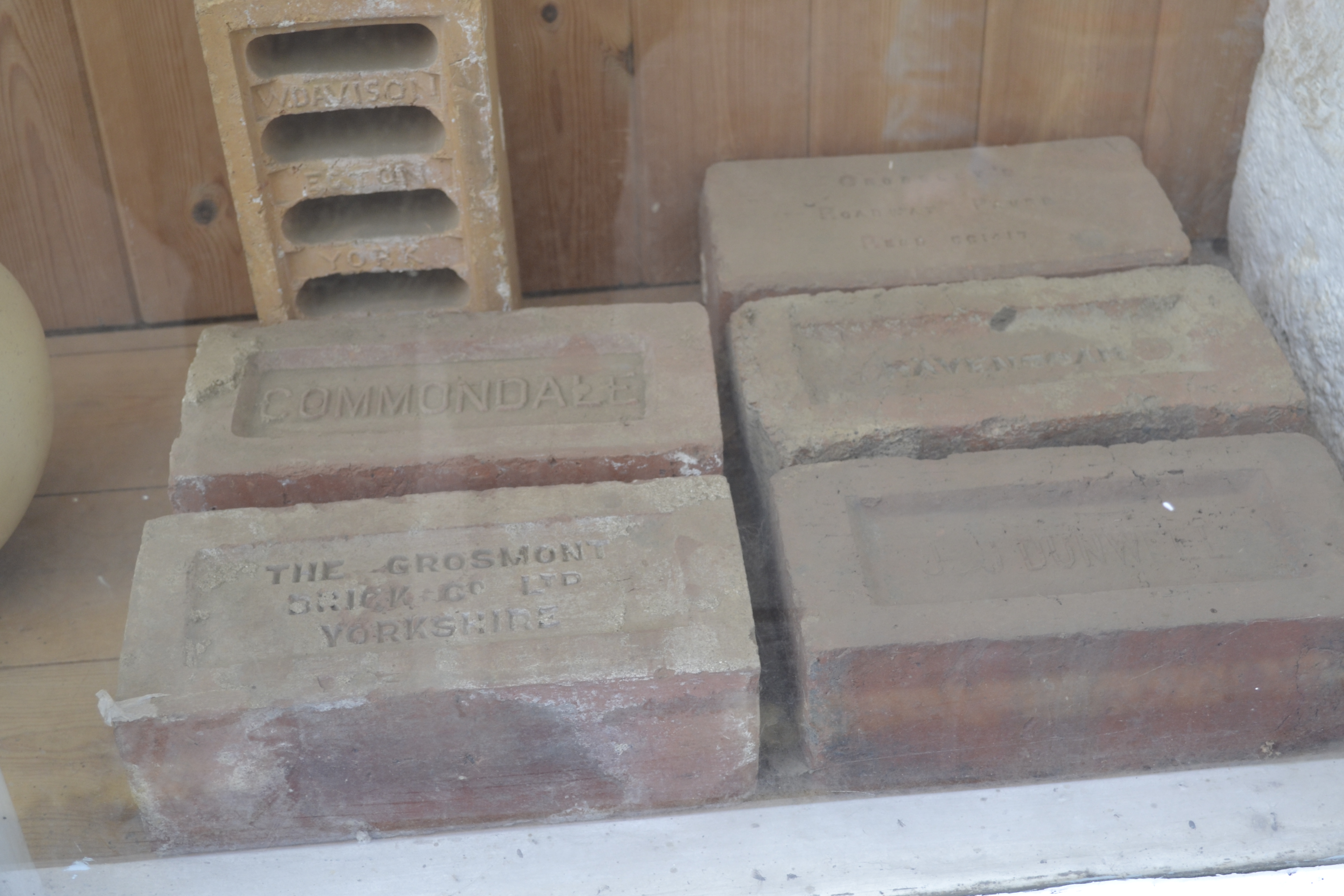 The in-laws garden is in transition between seasons. A lot going over while other bulbs haven’t come up to replace them. The cyclamen and snowdrops are starting to go over. 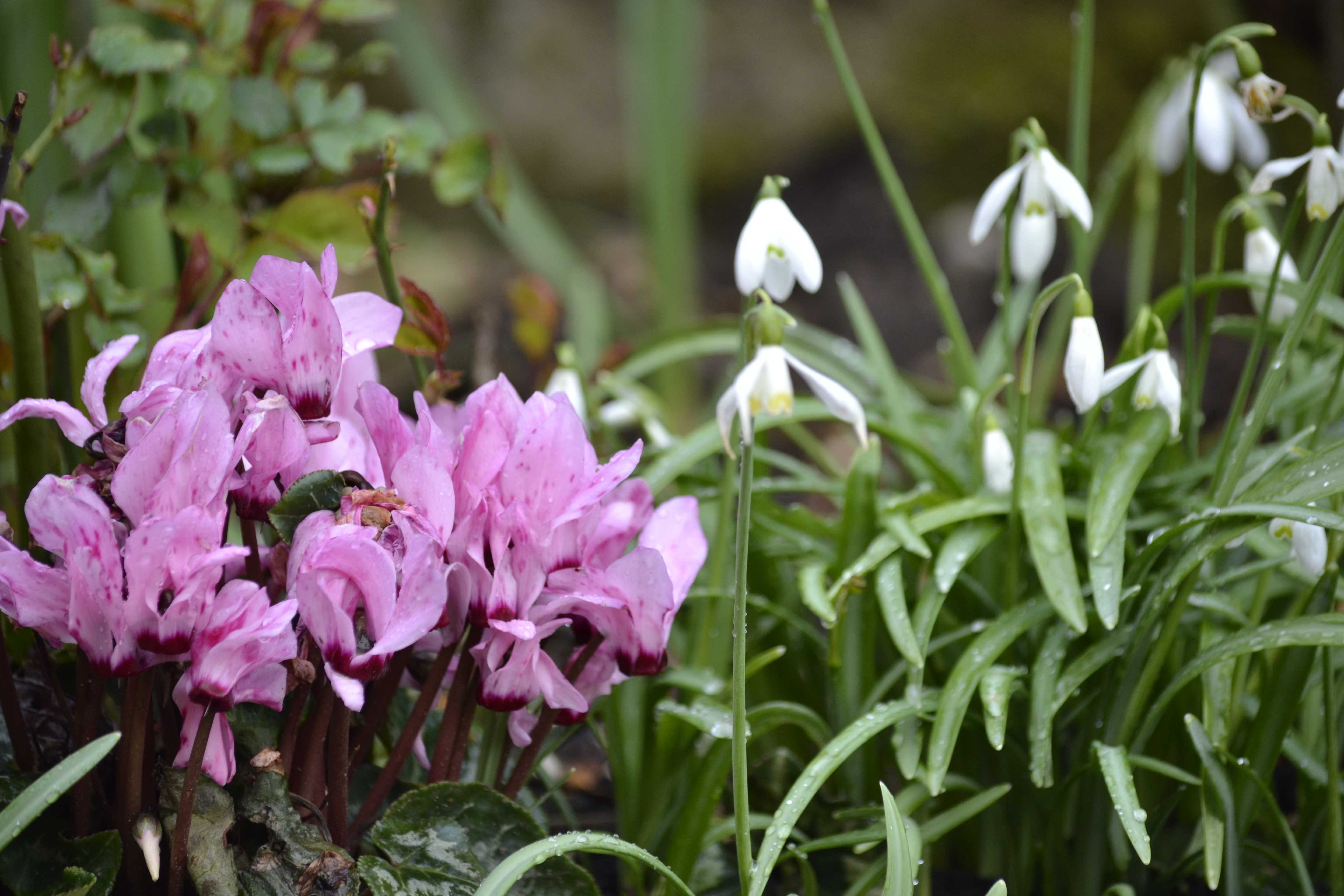 A lot of the hellebores are starting to go over but there are still many putting on a good show. 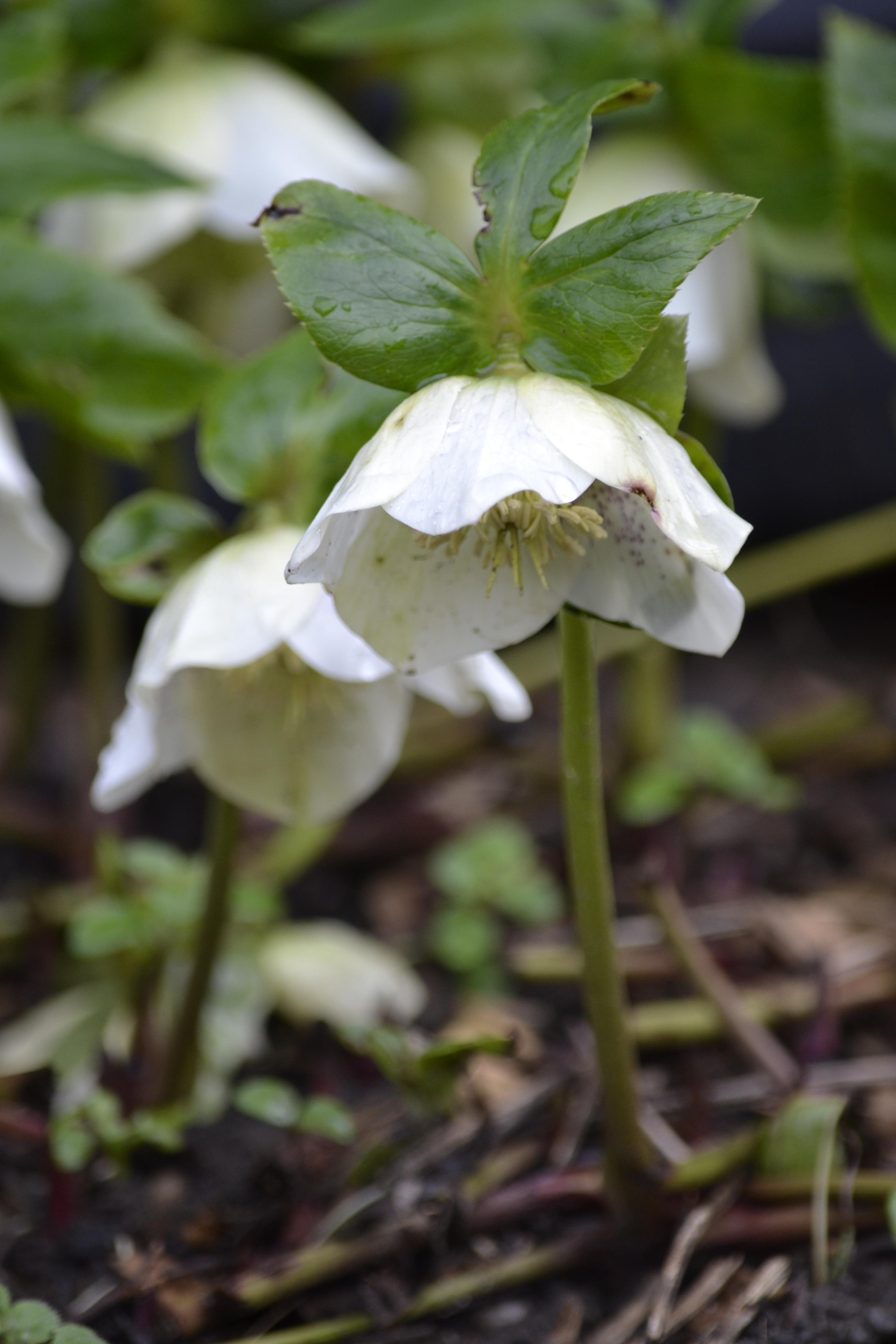 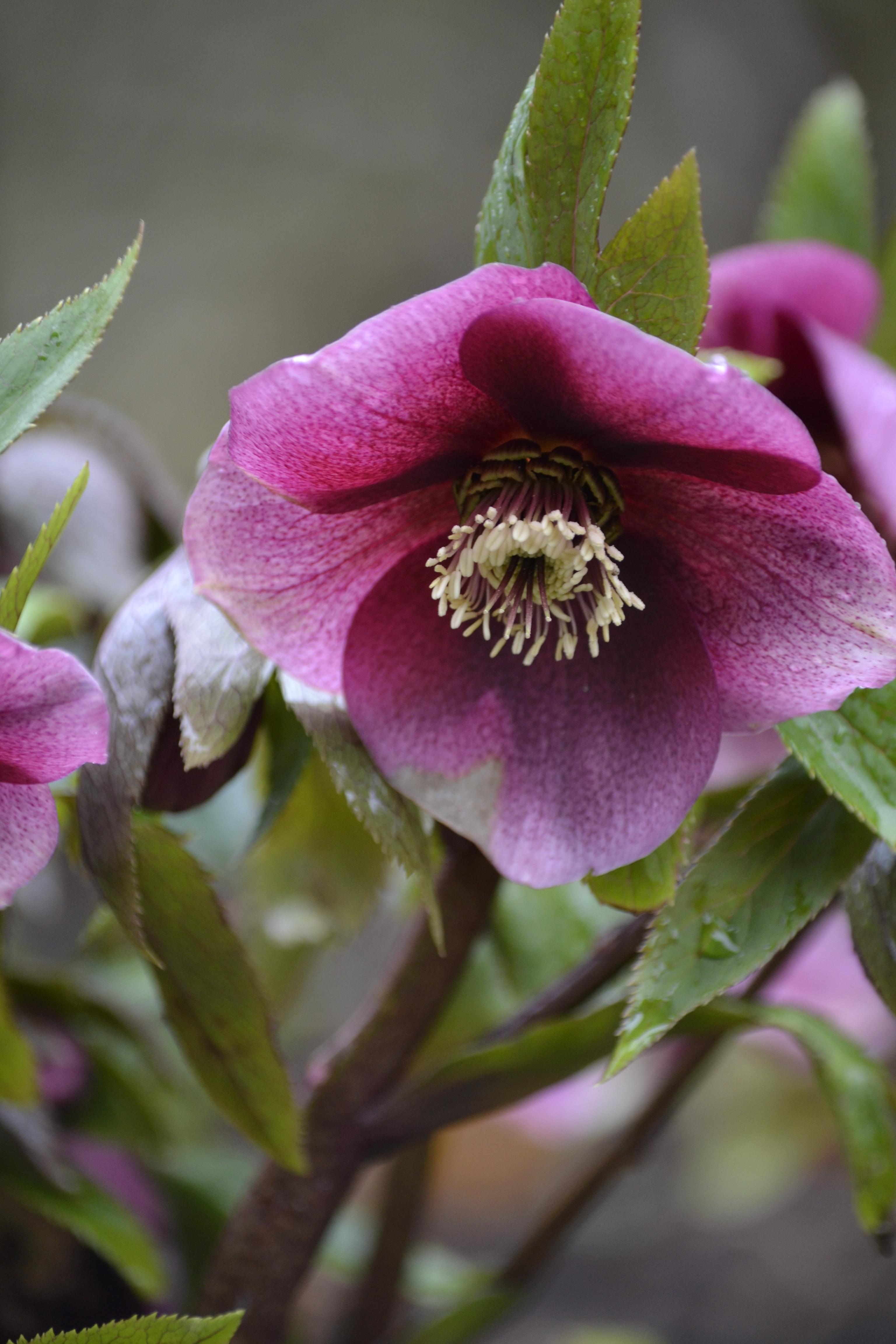 The pond is doing well. Amy’s dad has added a solar panelled fountain. Not at it’s best on a grey day but still entertaining Alice. I saw a few of the newts in the pond. They are probably eating all the tadpoles each year so they aren’t getting the frogs as much currently. 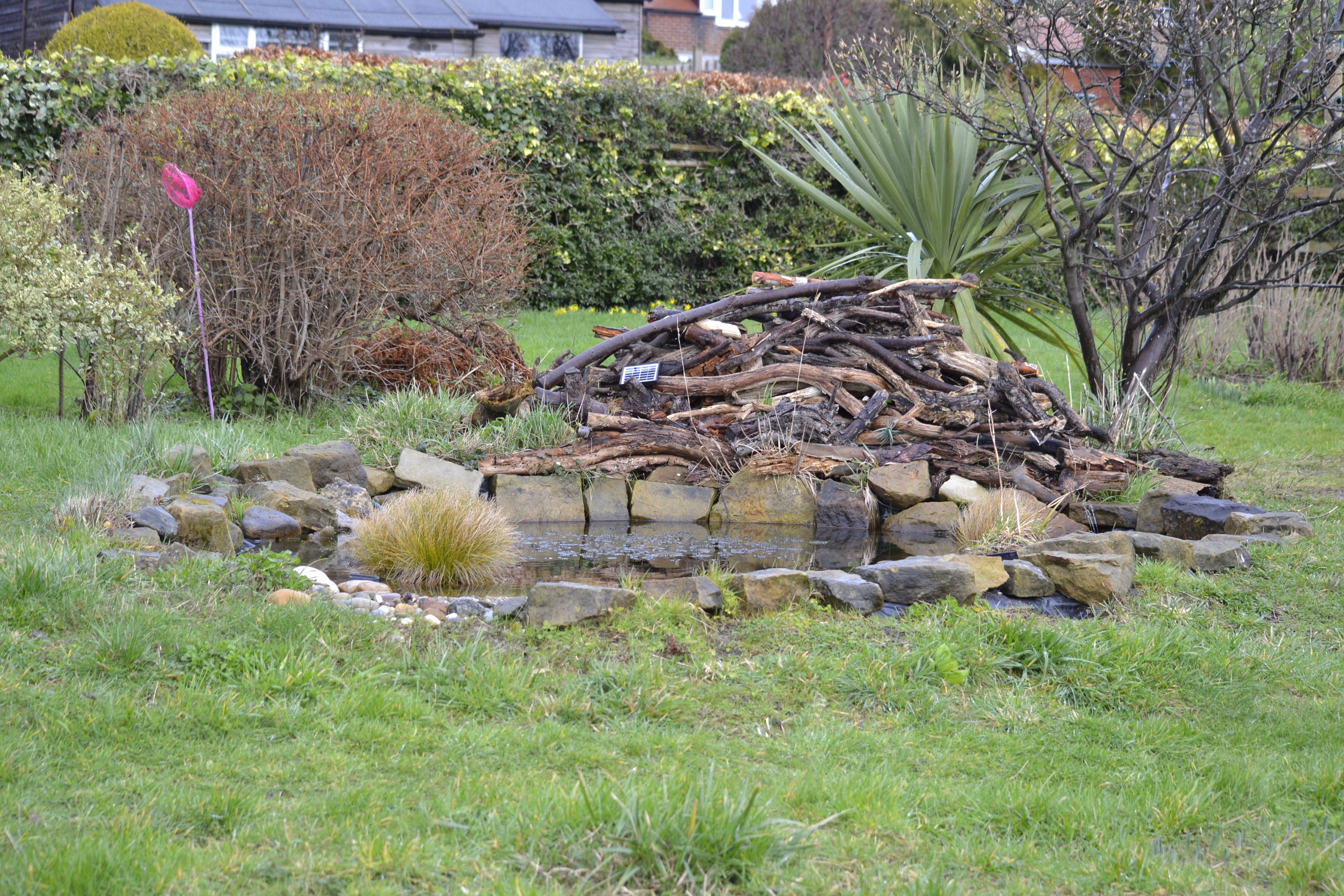 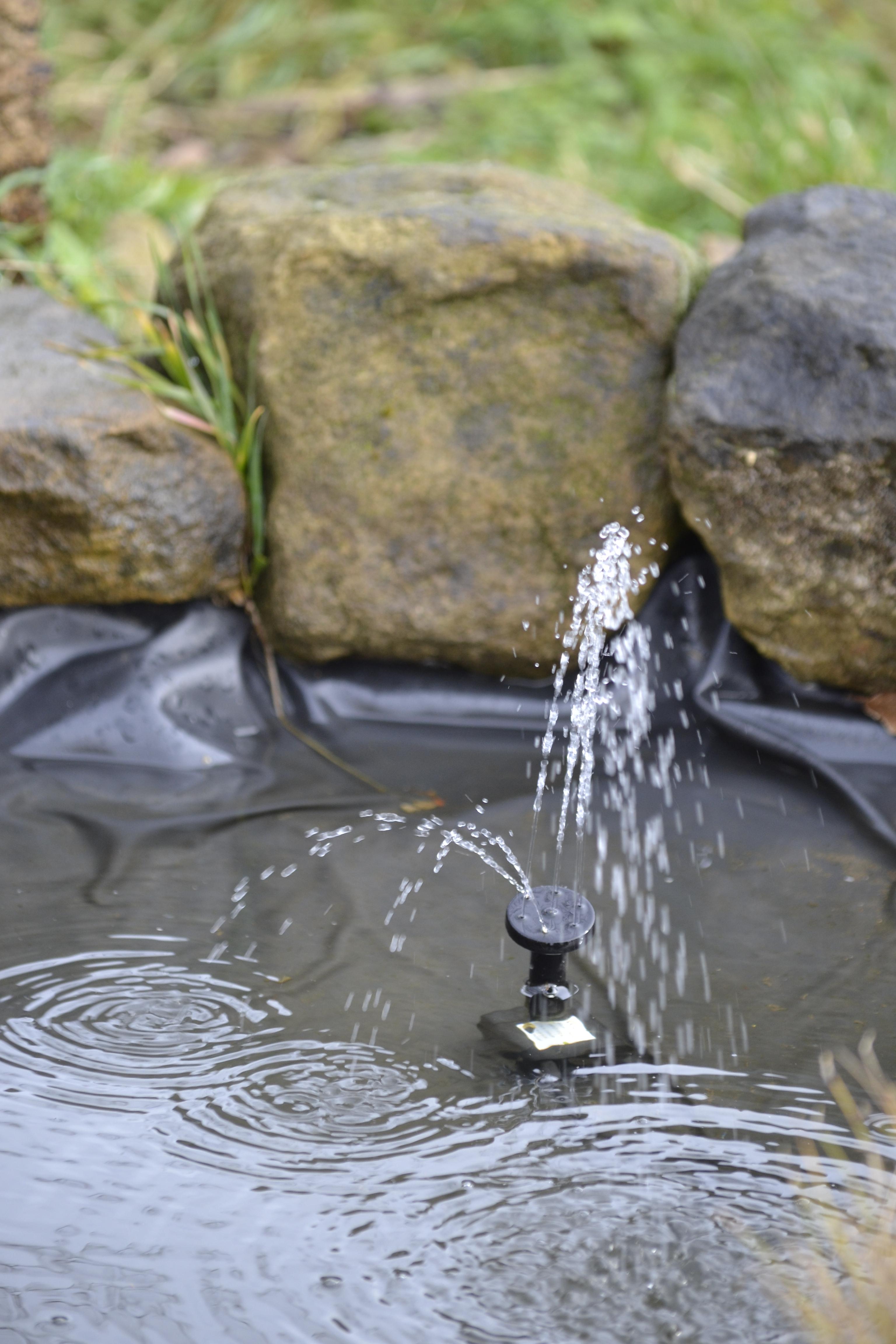 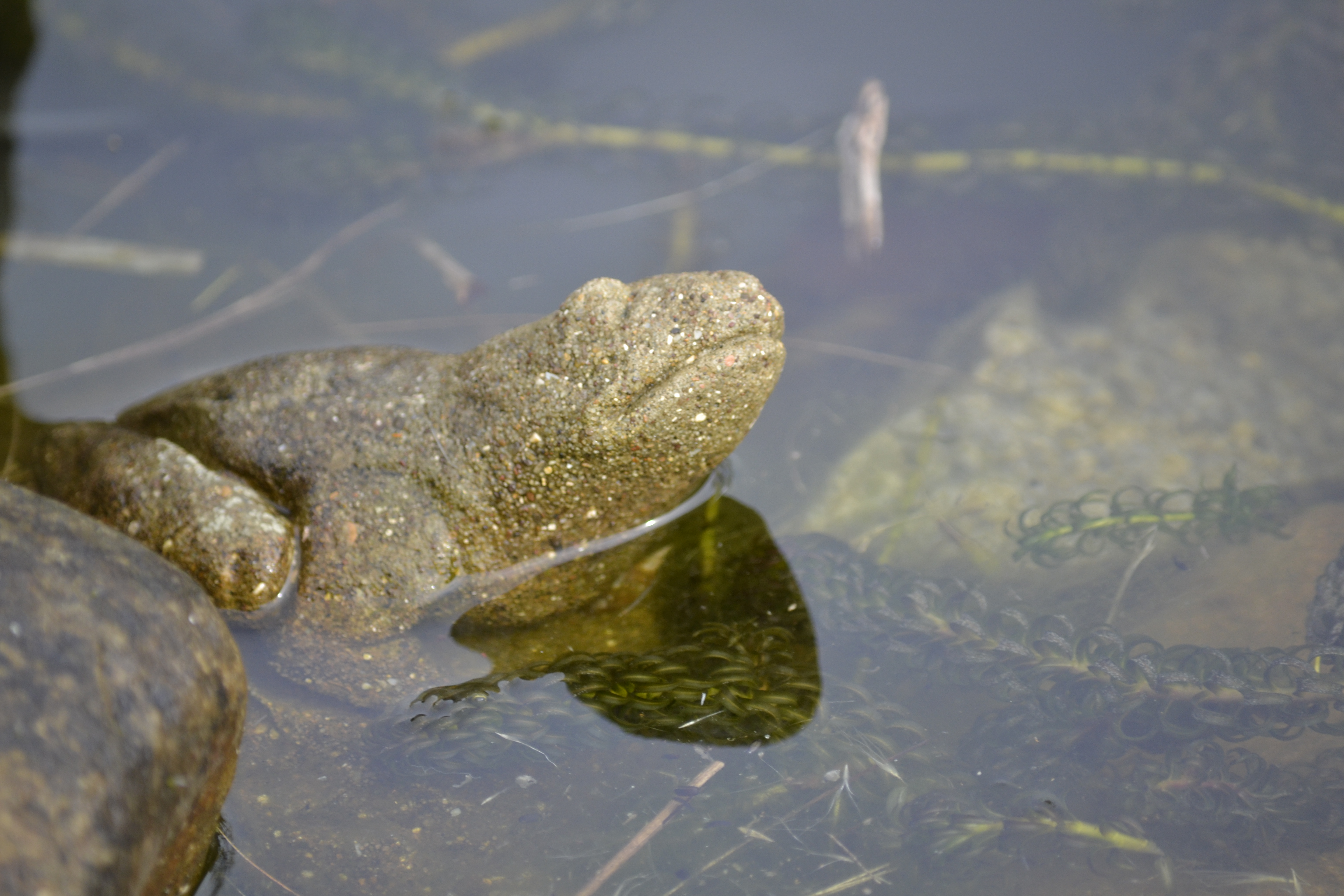 Alice is enjoying pretending to take photos. We’ve dug her out an old camera now so she can start taking some actual photos. 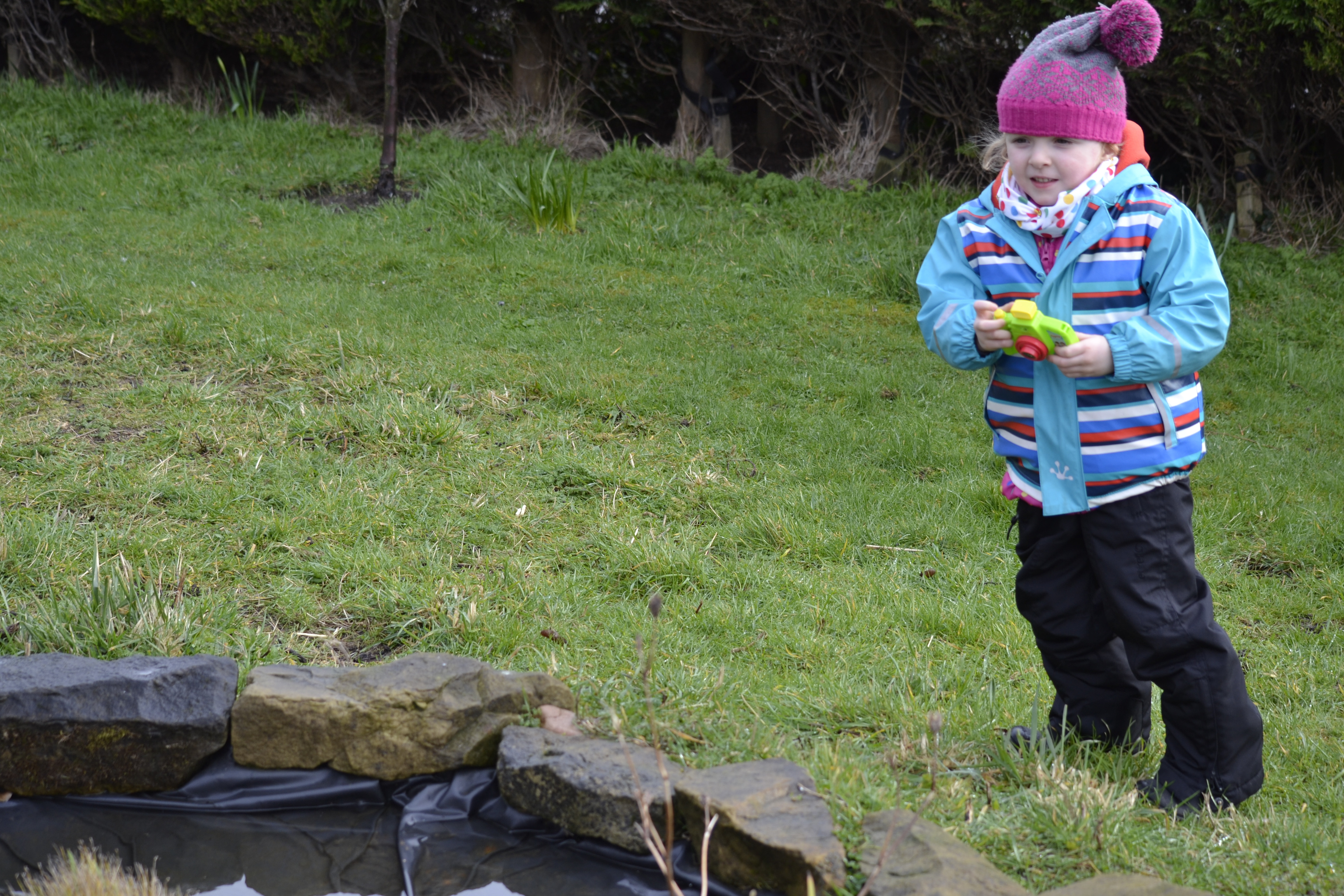 The willow hedge is establishing nicely. I rather fancy making a willow tunnel in my garden as it’s so easy to grow from cuttings but not sure how it would fit with the existing structure. 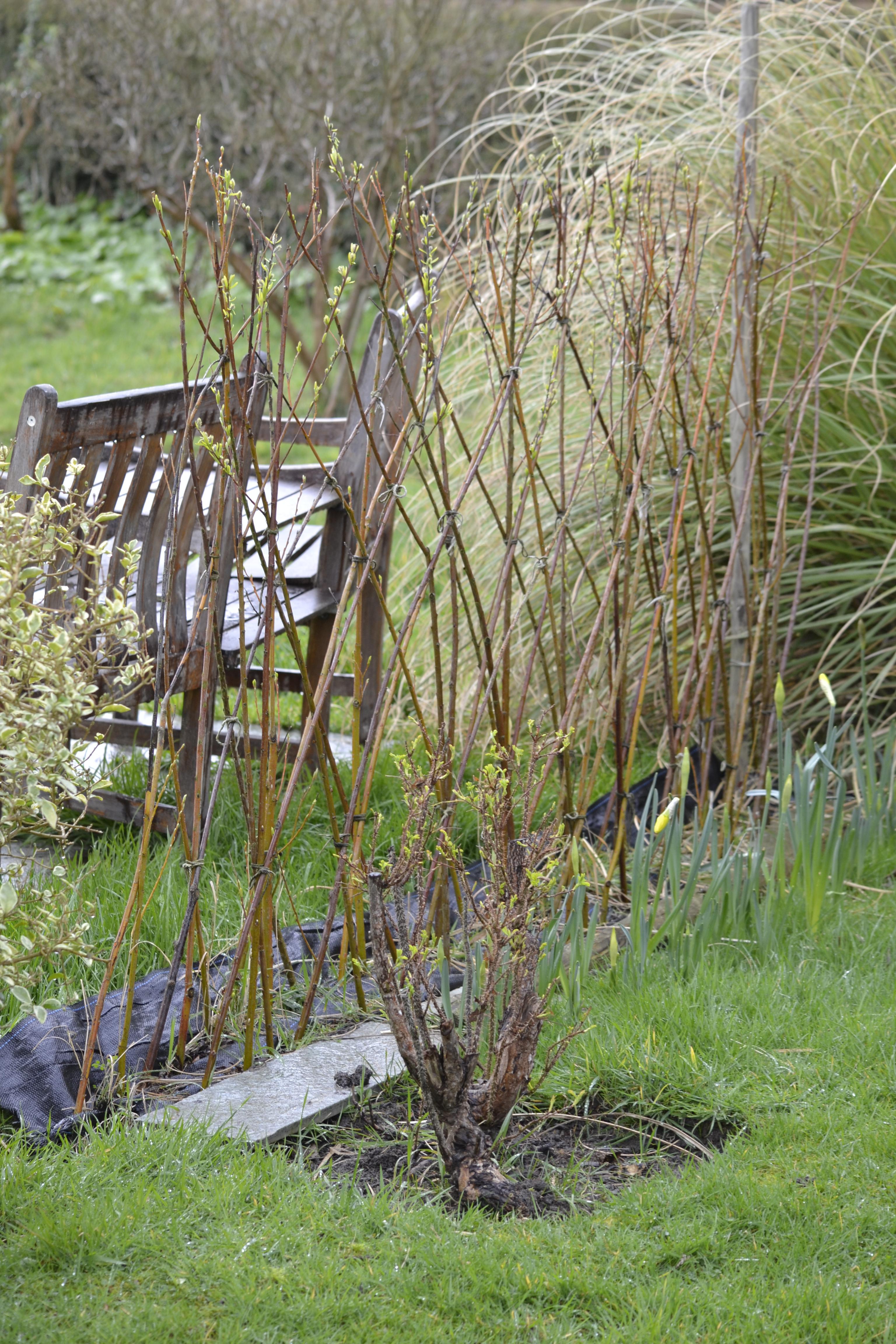 The daffodils along the hedge going strong. 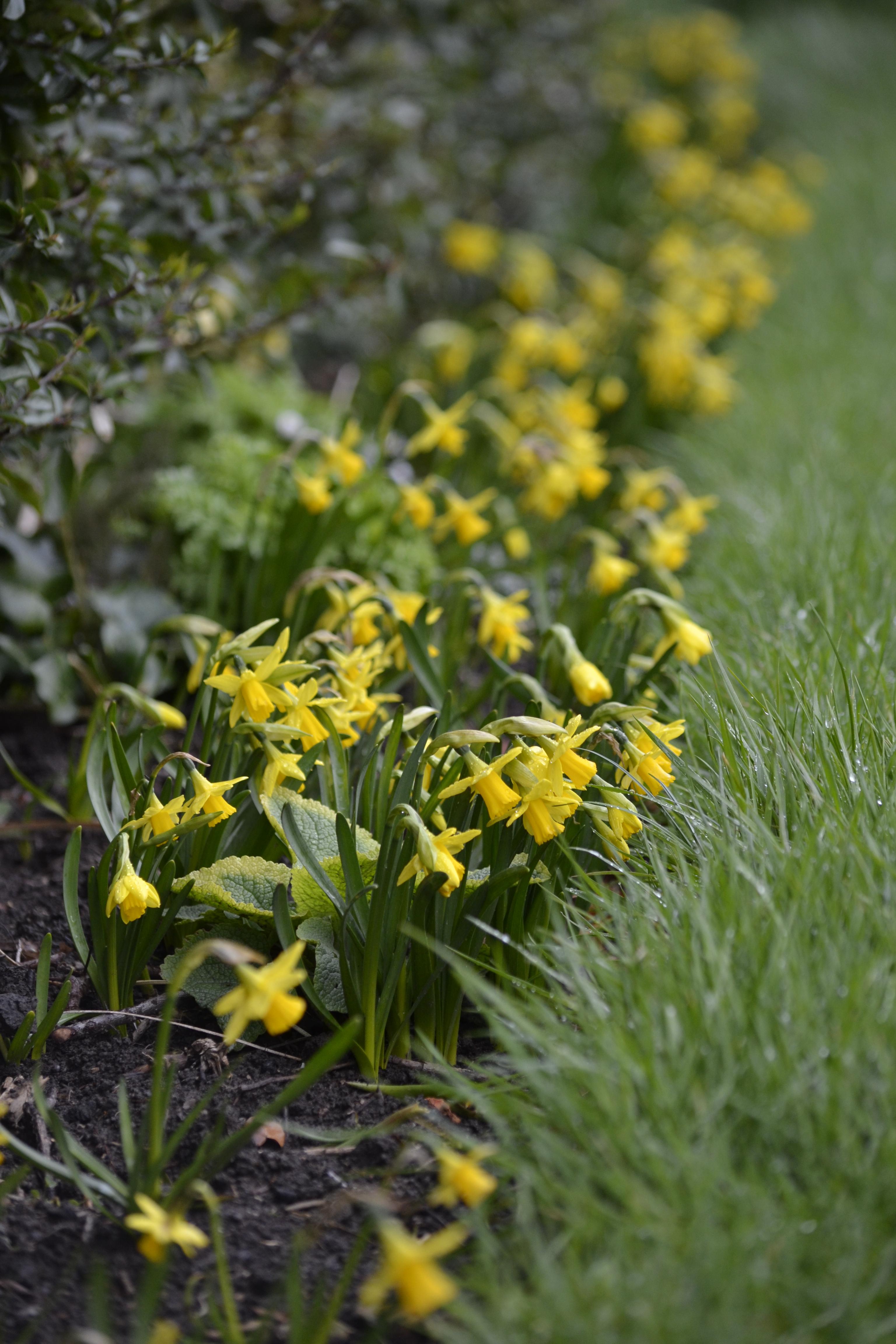 The bird feeders were seeing as many visitors as I think I’ve ever seen there. Charms of goldfinches, bullfinches, chaffinches, sparrows, magpies, jackdaws, robins and peasants. 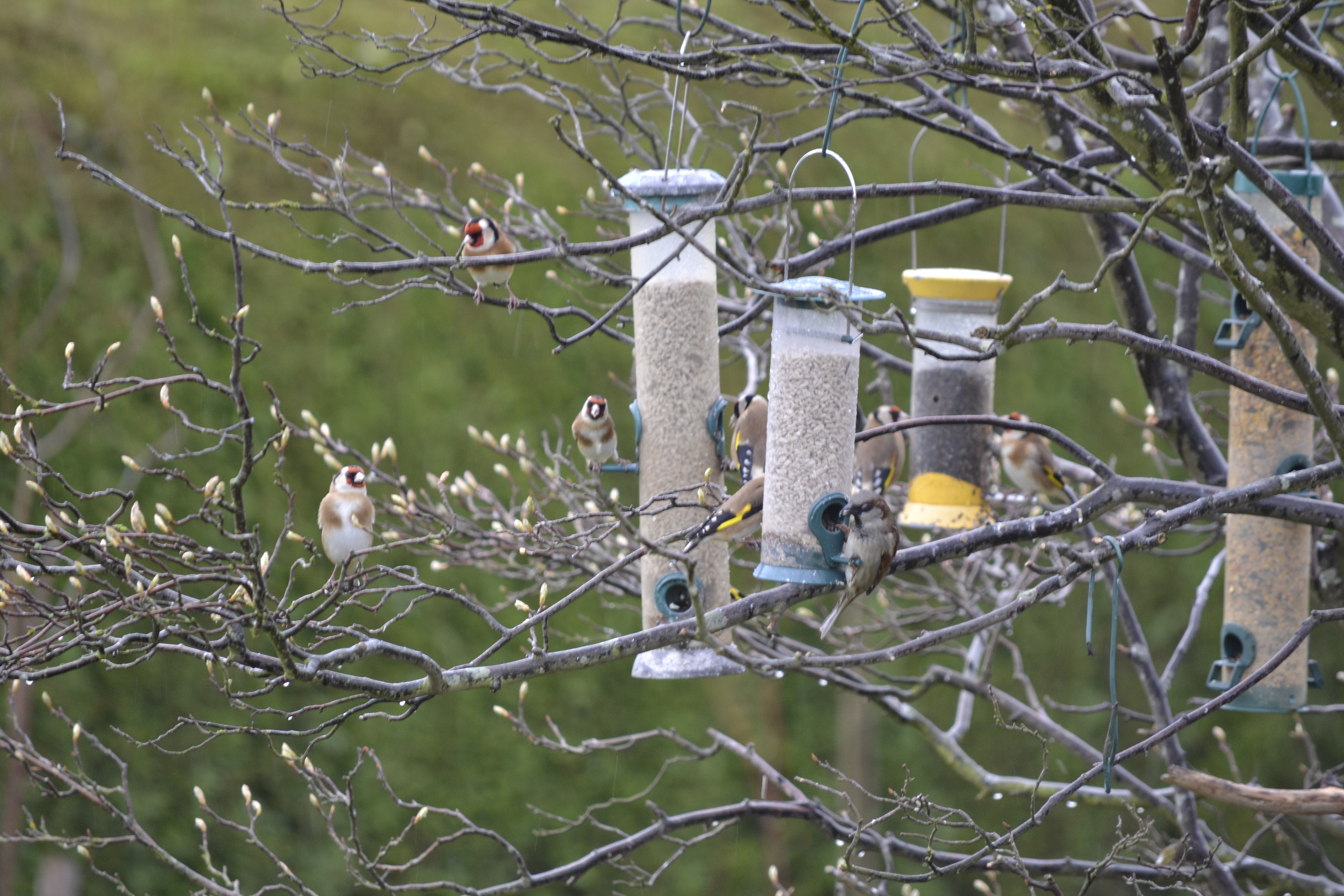 The blackbirds were rather inquisitive. 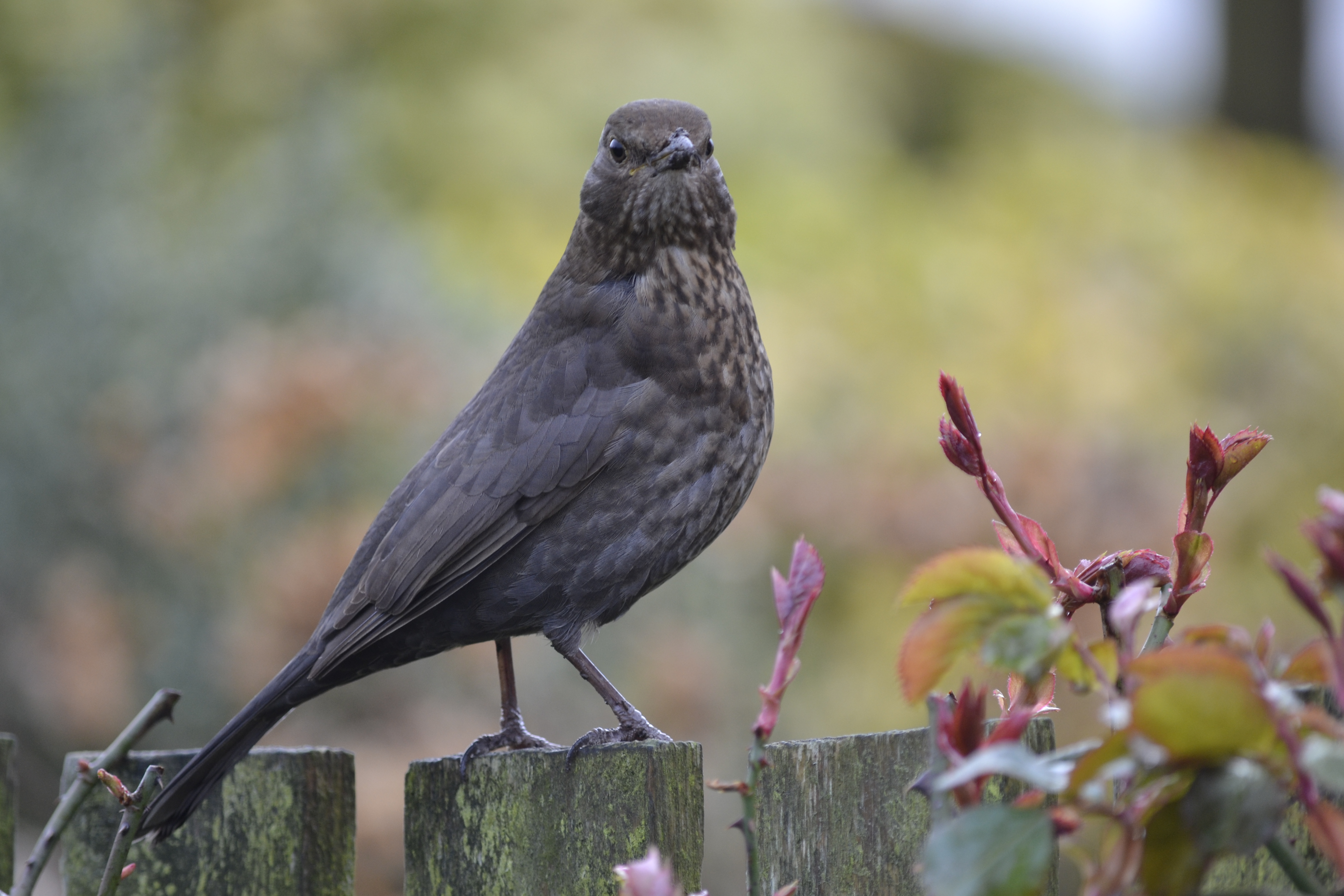 The chimney pots by the back door looking good. 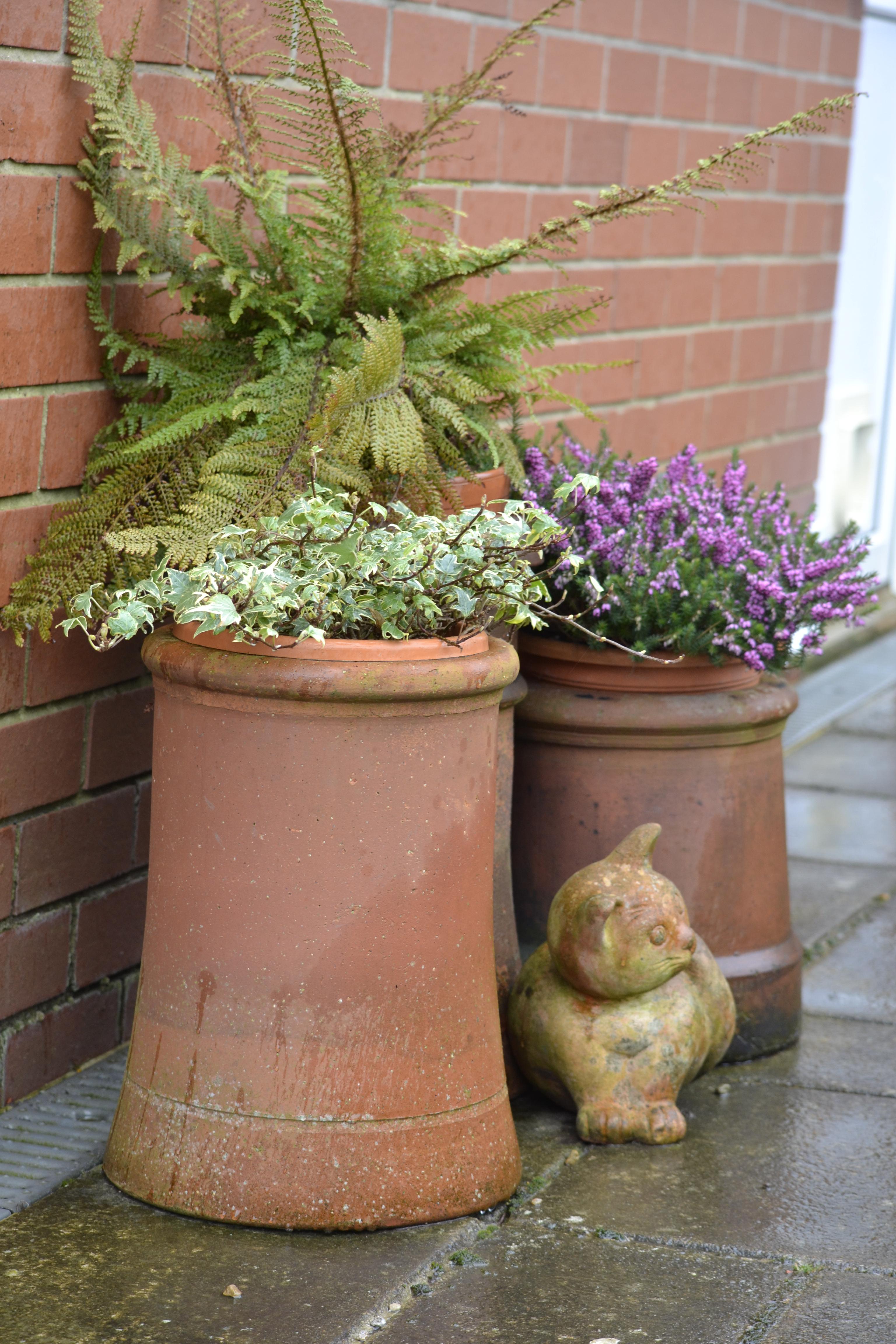 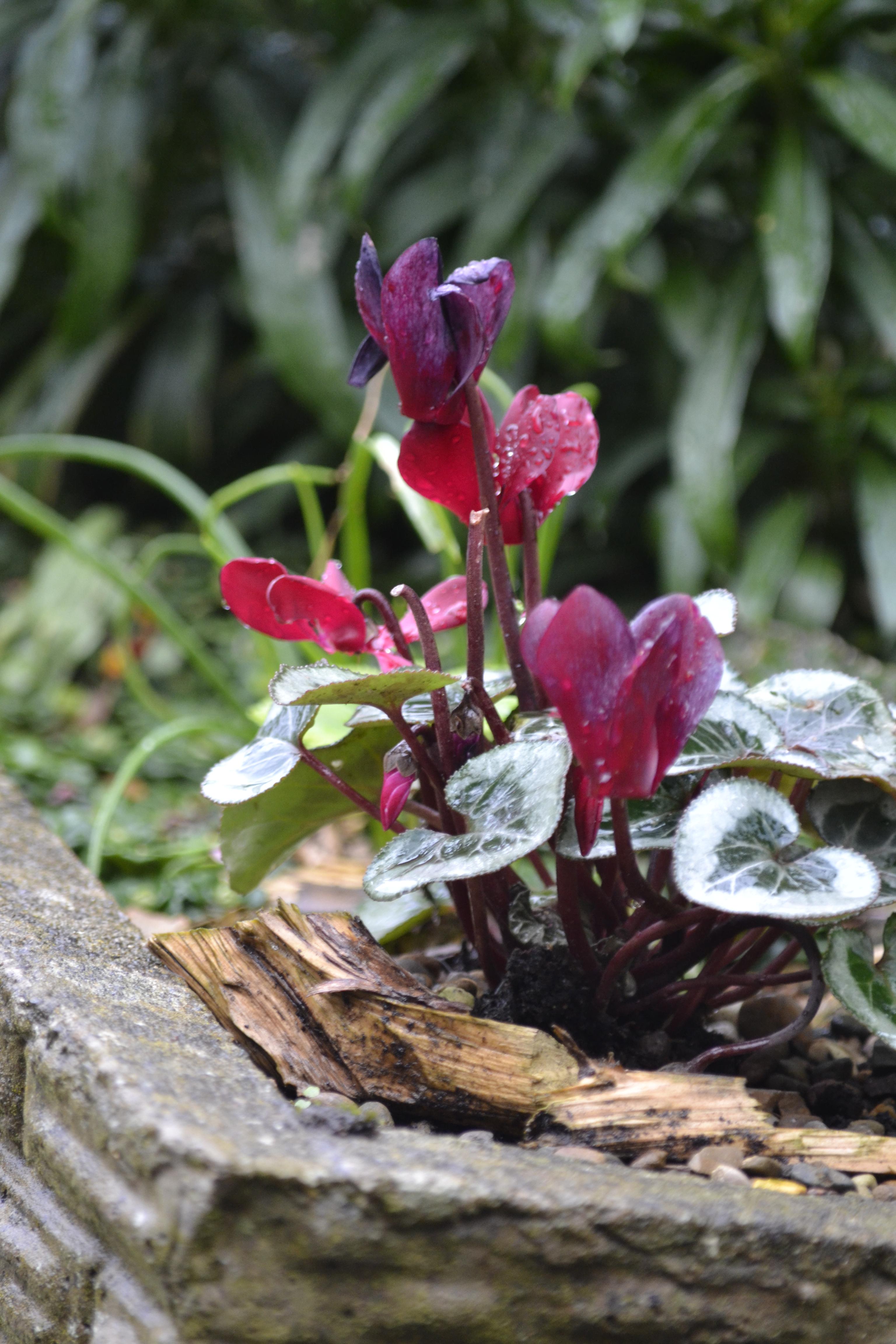 The greenhouse is filled with some succulents doing very well at the moment. My aeonium is miserable and just lost a stem after I knocked it but the ones here are looking great. 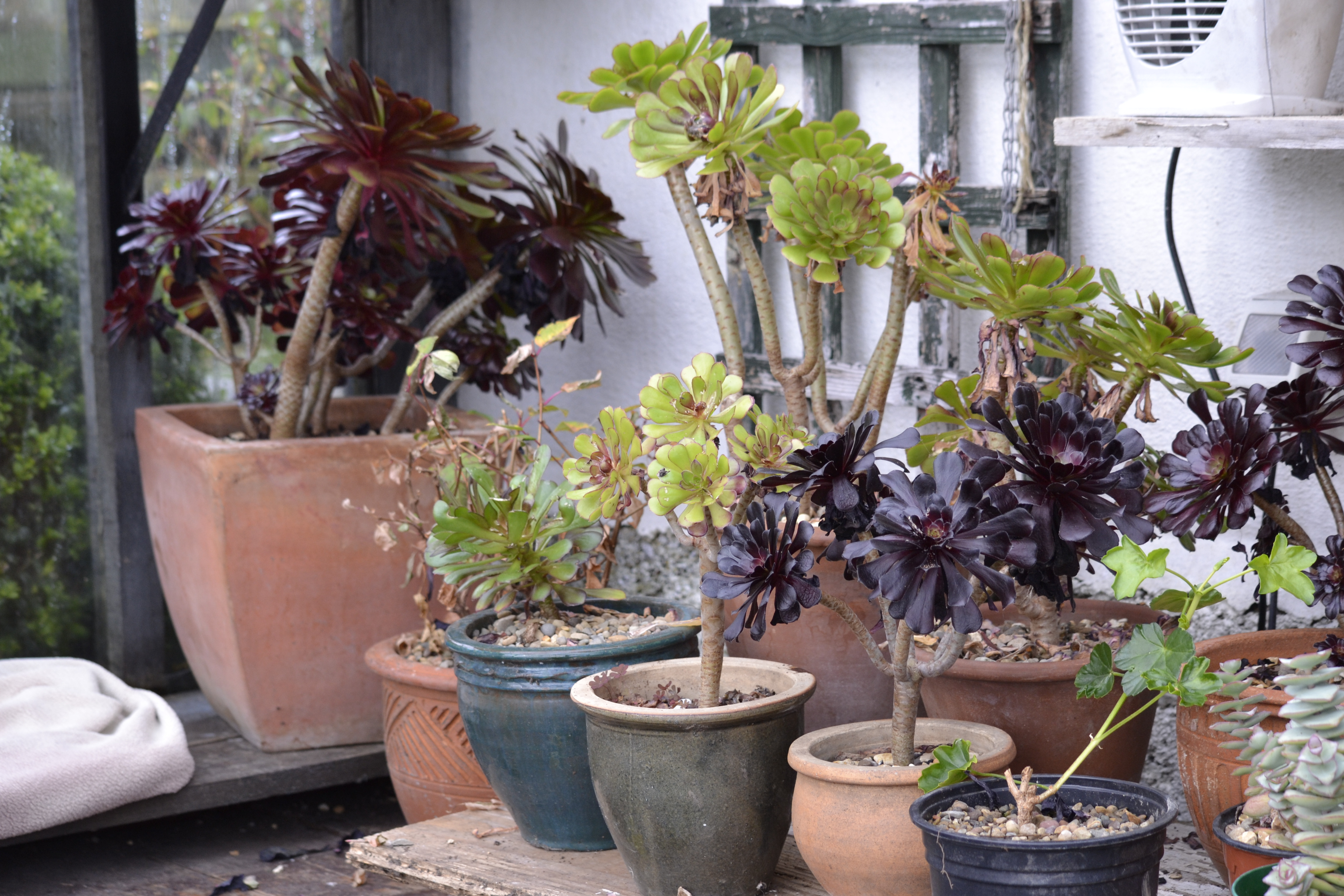 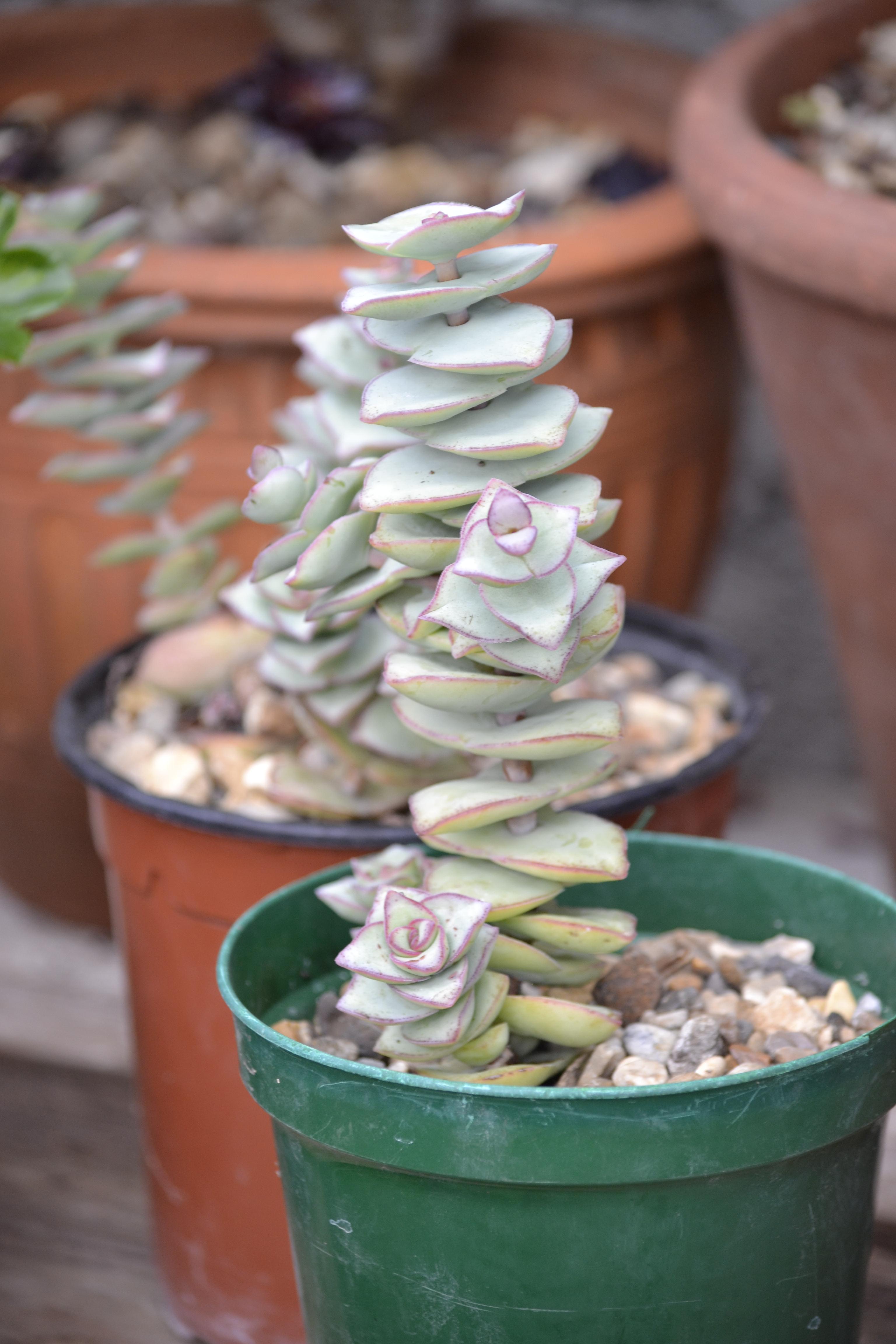 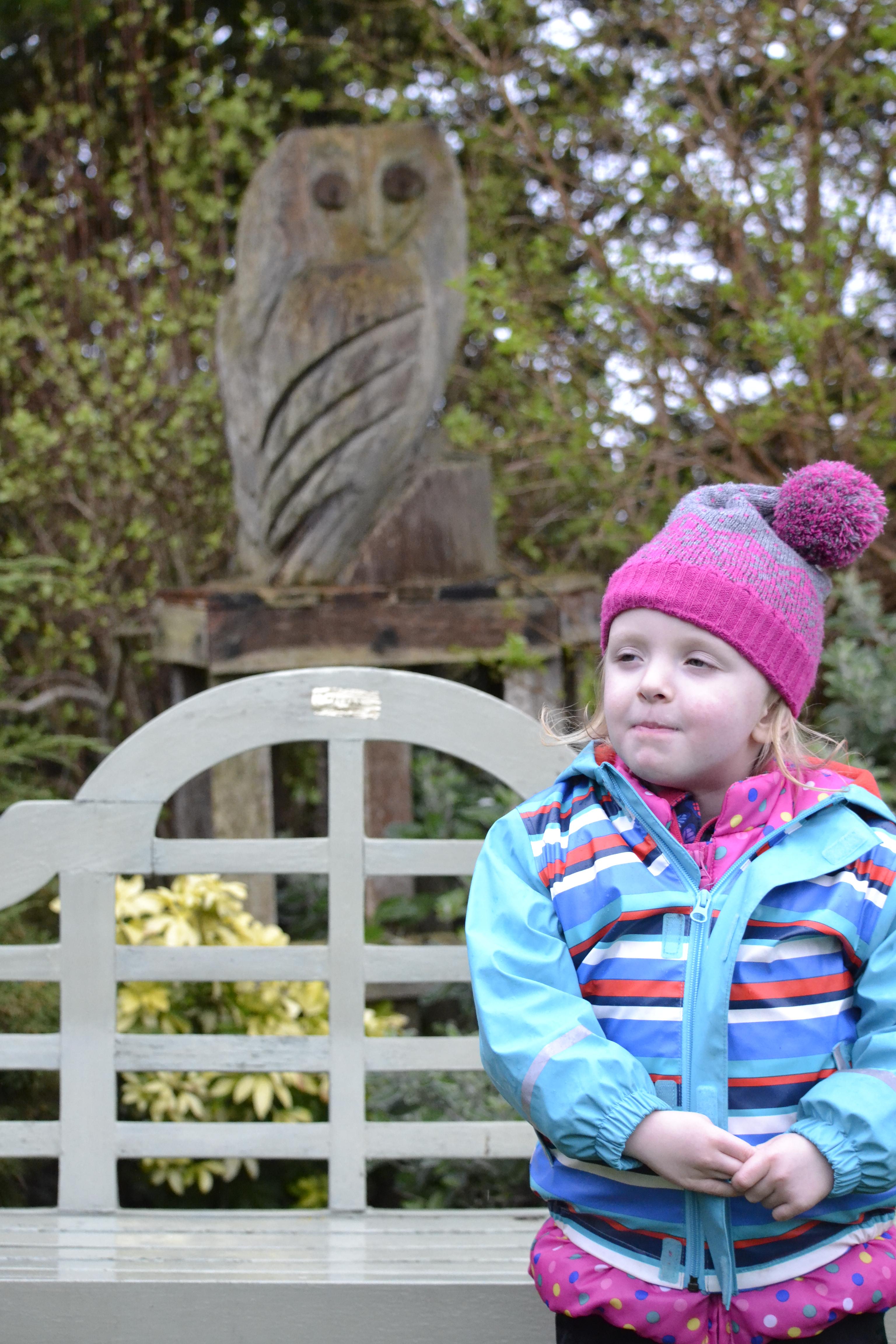 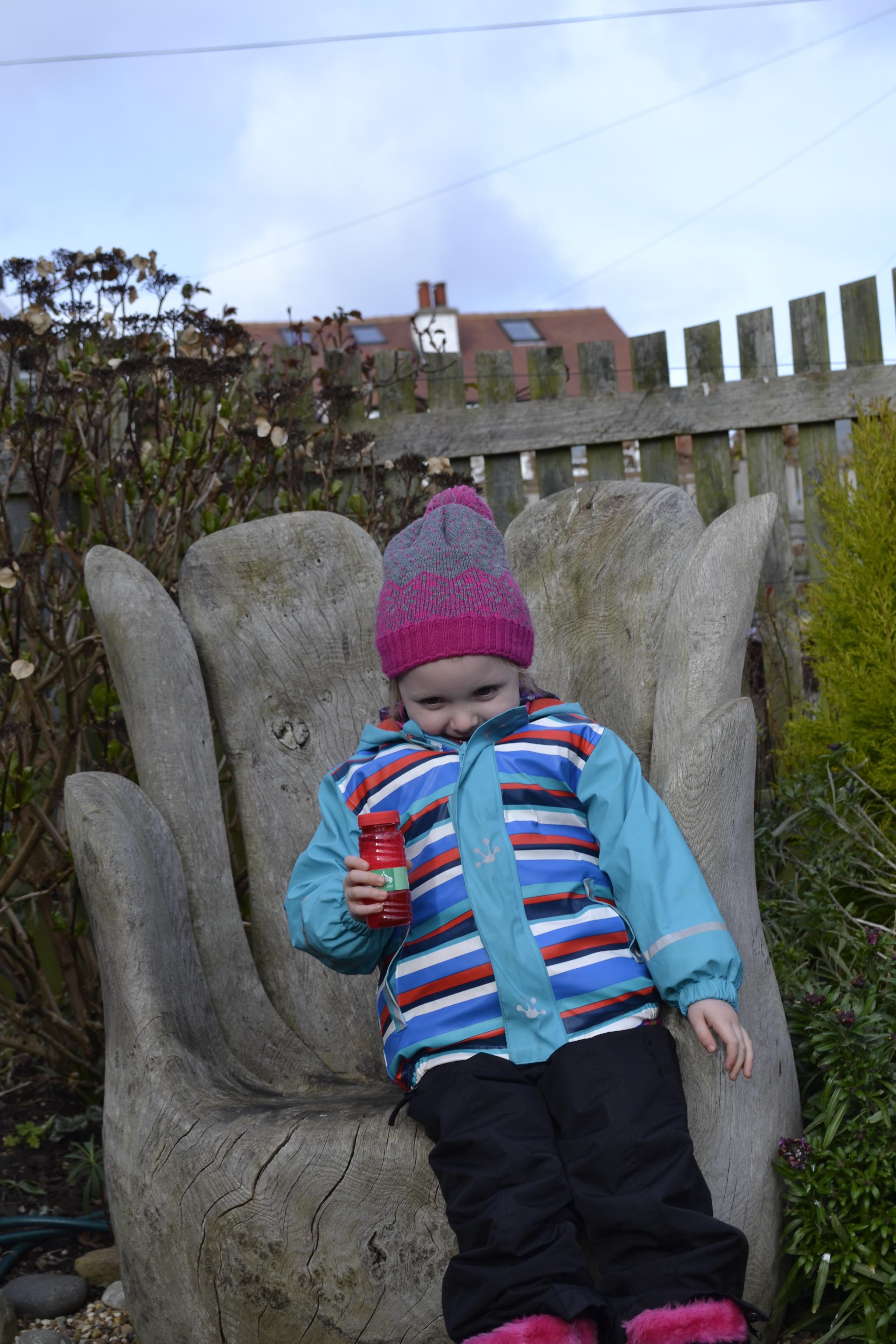 The crocus in the lawn looking great. Mine are starting to come through but the weather hasn’t done them much good. It’s going to be a good few years before I have a good show from them. 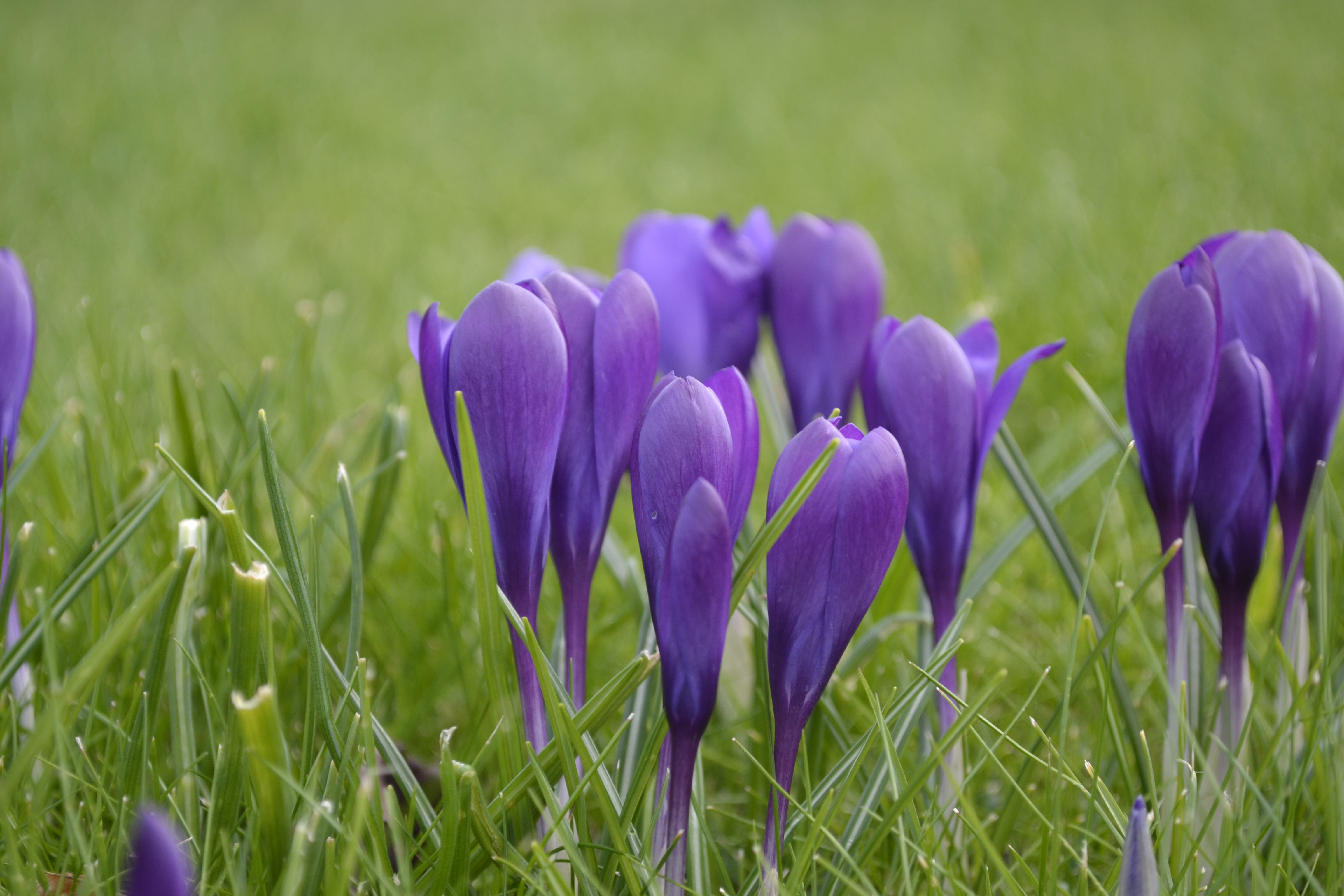 It’s always nice visiting the in-laws garden. I normally come away wishing I had lots of their plants in my garden and wanting to rush out and purchase lots but I’m actually pretty happy with my own garden currently. Though I wouldn’t mind some chimney pots for planters. Alice had a great time. She’s walked up and down the steps to the seafront several times over the weekend and she hasn’t needed carrying at all this visit. She’s growing up rapidly.

4 thoughts on “Time at the Bay”