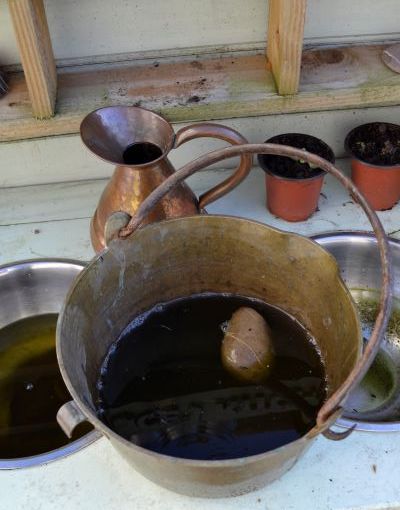 This week’s Folklore Thursday theme is Traditional Tales to celebrate storytelling week. Alice’s mud kitchen has reminded me of the story stone soup. I was first introduced to the story through the wonderful Jim Henson ‘the storyteller’ series. In this version, John Hurt played the storyteller reduced to a beggar. He tricks the castle cook making stone soup and ends up working for the king as a storyteller until one day he lacks for a story. The story originates from Europe and has been retold in many different ways. 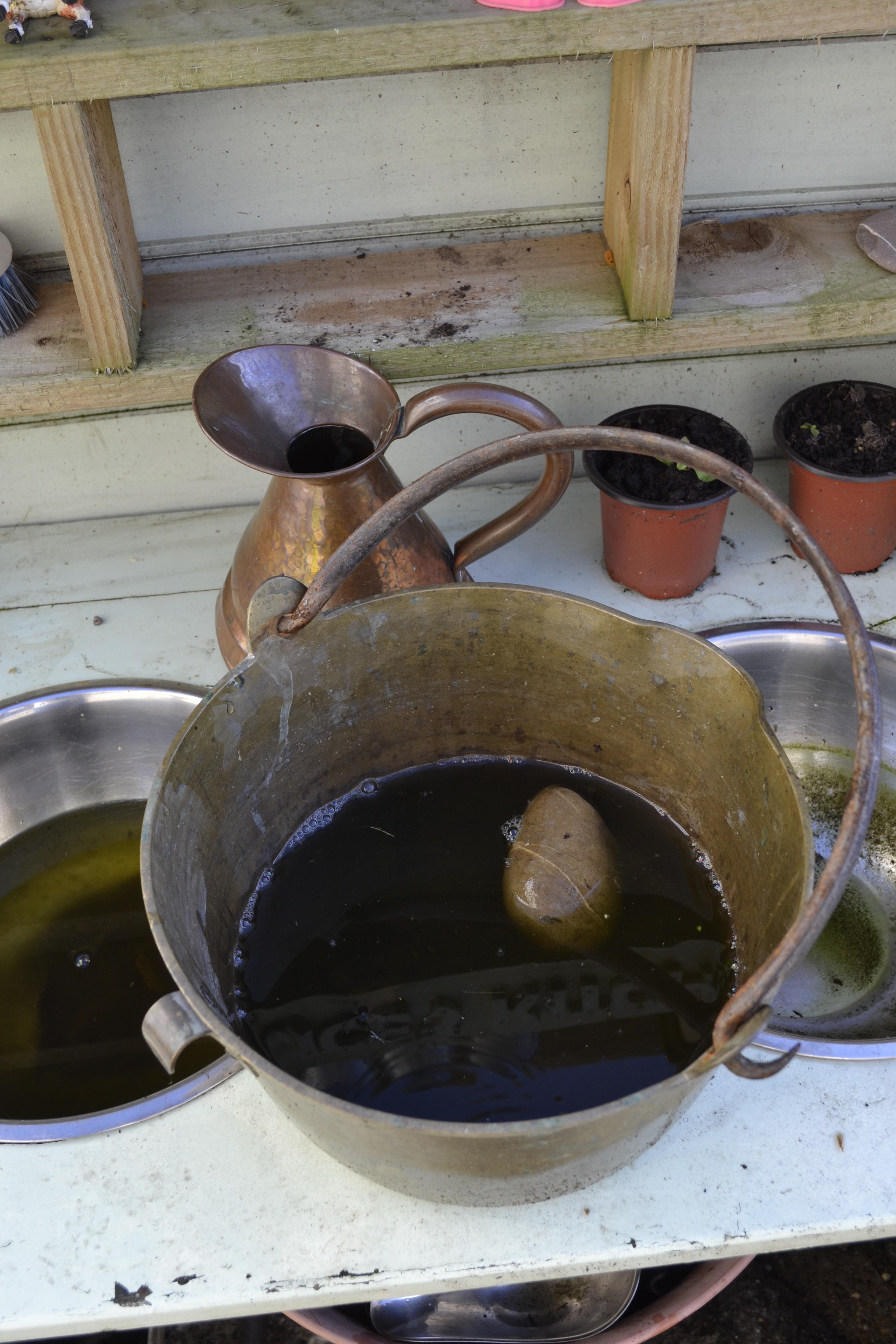 The basic story goes that a group of travelers come to a village in the dead of winter. The villagers are fearful of protecting their own food supplies. They are unwilling to share their food with the travelers. The travellers take out an empty cooking pot. From their cart, they bring out a chest. The leader opens the chest and brings out an object wrapped in cloth. From the cloth, the leader brings out a stone and places it in the cooking pot. They collect some water from a stream and add it to the cooking pot. One of the villagers comes to investigate and asks what they are making. “It’s stone soup, but it could do with some seasoning.” The villager thinks they may have some. Before long the soup has vegetables and meat added by the different villagers. In the end, they all enjoy their wonderful stone soup.

In other versions, the stone is replaced with an axe head, buttons, and even nails. The strangers are sometimes soldiers, sometimes a monk and in some pilgrims. William Yeats used it as the basis of a splay ‘The pot of broth’. Shel Silverstein made a song out of it that was later rerecorded by Dr. Hook.