The weather continues to get colder. The car is needing time to warm up in the morning. The garden is looking a bit bare after shuffling plants. The bulb planting is slowly going down. Alice helped plant two pots of tulips last weekend making that the last of the tulips. We planted some iris harmony in the top layer. The idea being we get a nice layer of blue irises, the tulips are planted deep so will flower later. I’m now down to a mass amount of alliums and the crocus for the front garden. The forecast this weekend is for a bit of rain this morning and then moderate breeze tomorrow. I’m still not feeling that well so I’m not sure I want to brave moderate breezes to plant the last bulbs. Moderate breeze round me means facing Northern sea winds. Not nice.

Currently, the birds have become particular about which food they want. The seed is going down fast and the fat balls are disappearing but the suet is getting left and going mouldy. The feeders are needing regular cleaning to stop the build-up of gunk to help prevent the spread of disease. 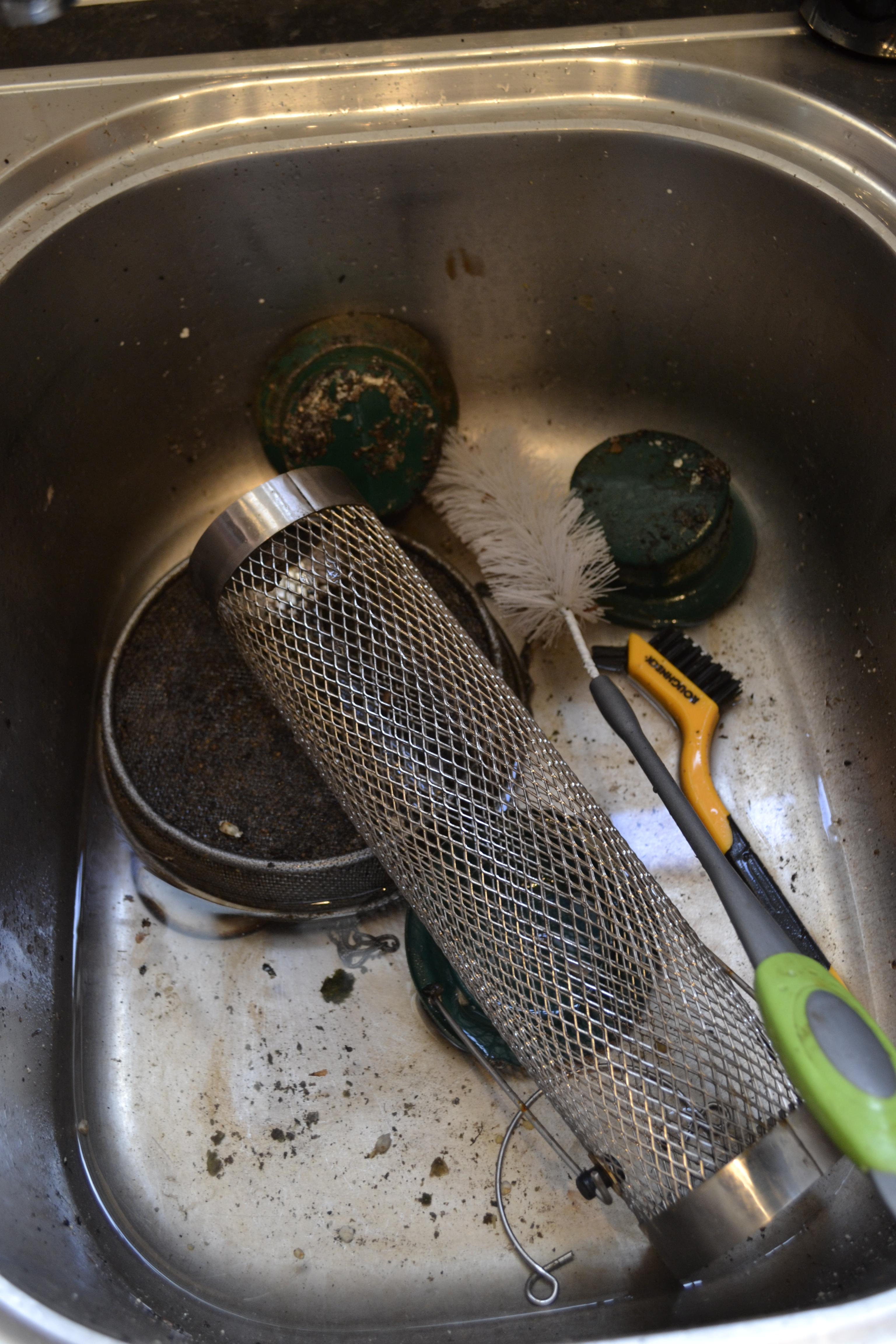 It is a grotty job but it brings plenty of rewards. Lots of visitors have come. 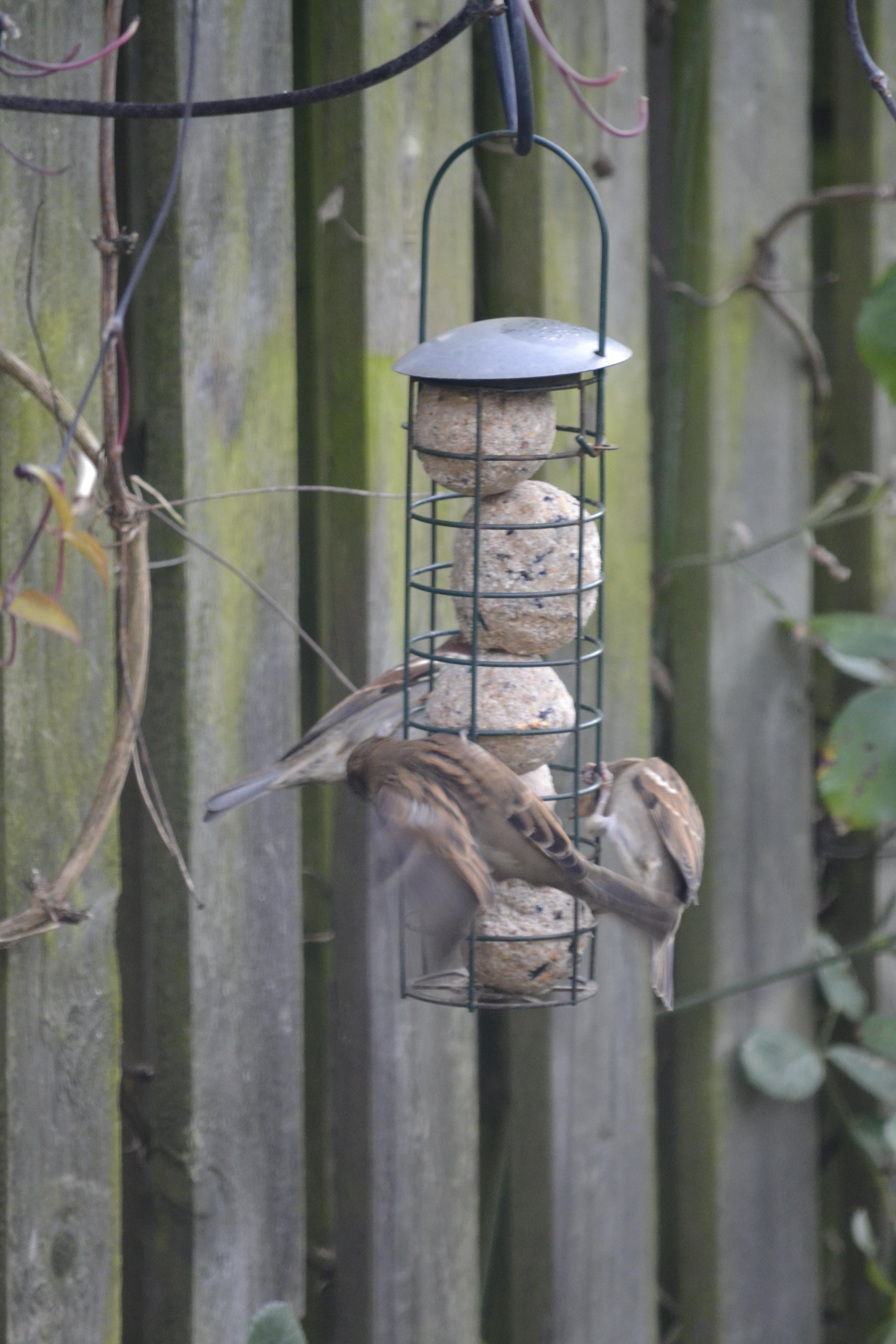 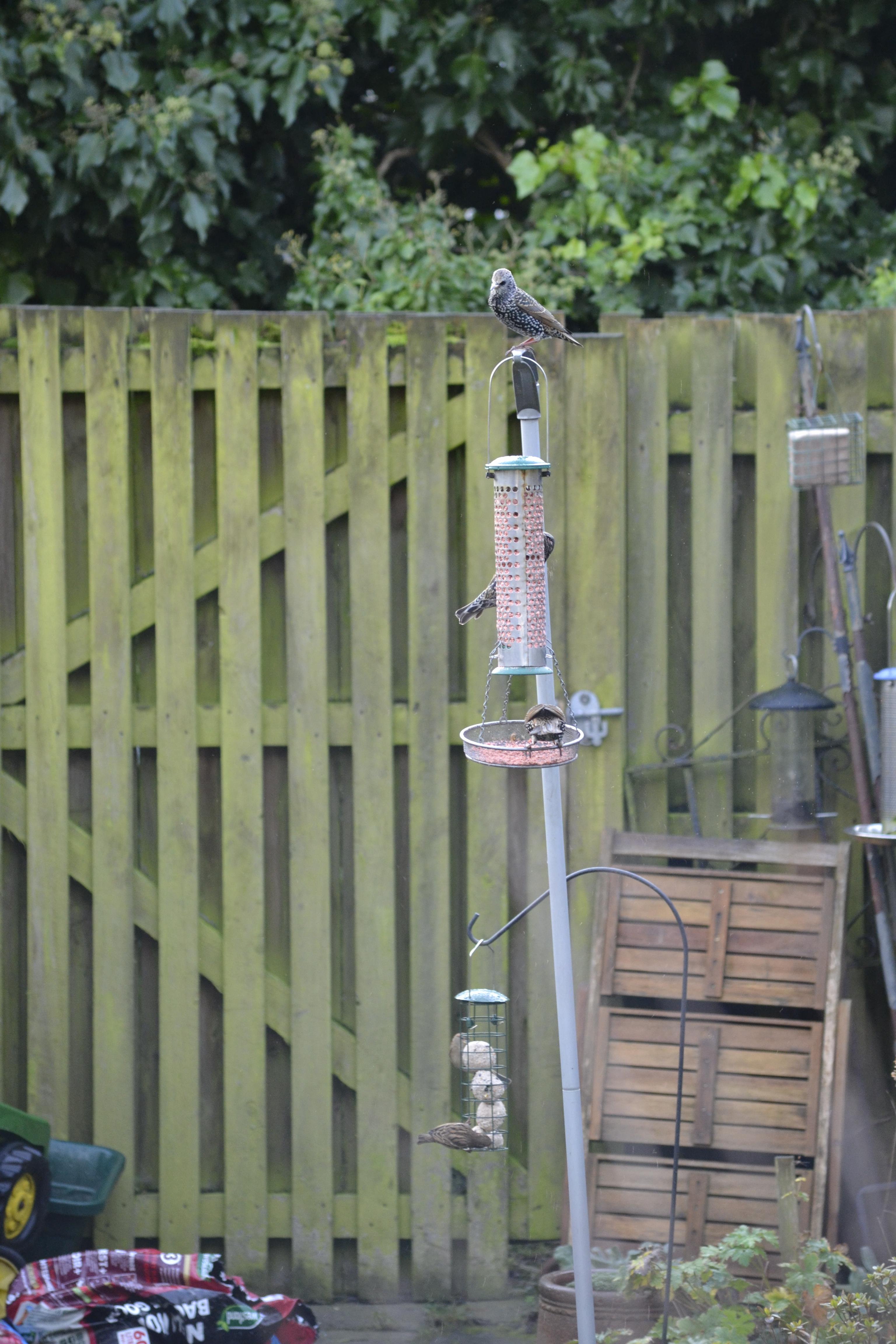 The existing primulas in the border are flowering but have been well chomped, though I don’t particularly mind. They were a gift that has spread out a little bit. They grow under the dogwood where I couldn’t put much else as it is too thick with leaves in other seasons. 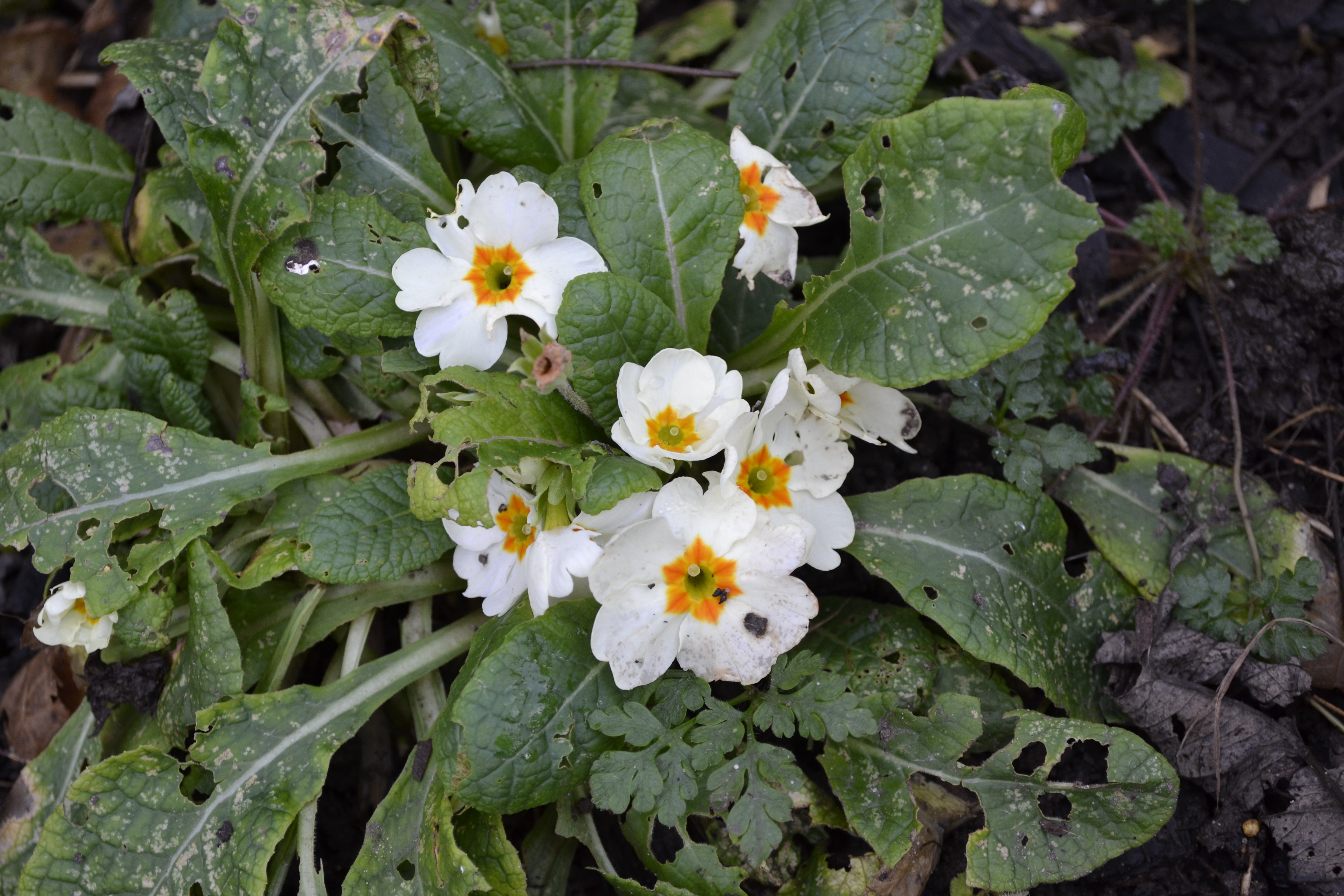 I picked up a few more from the florist a few weeks back to bulk out the existing patch. I’ve stuck to the basic white as I quite like that basic colour set up in winter. 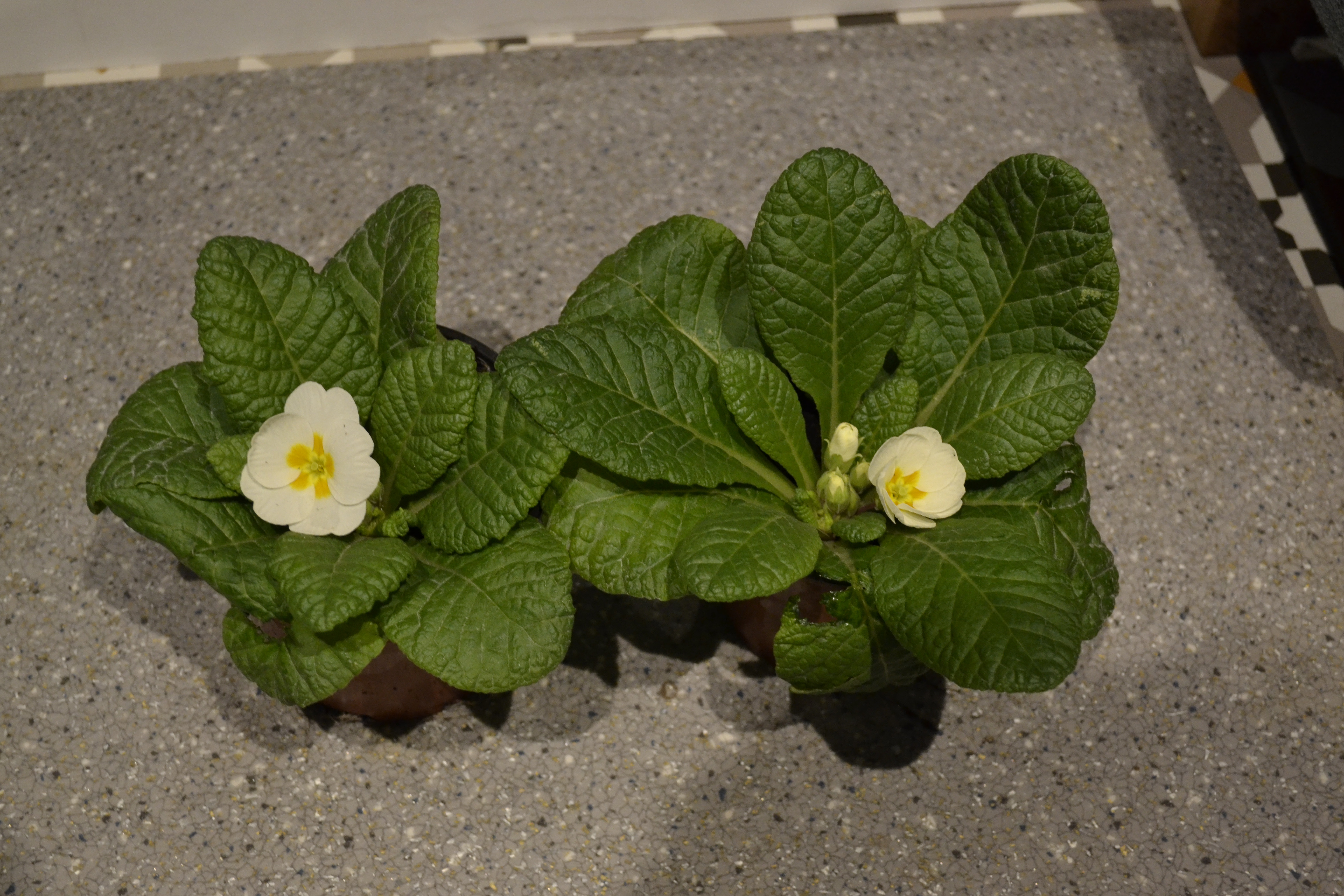 The hellebores are doing a good job showing the key major issues with hellebores. The flowers consistently look tatty and get eaten. Even when they do flower well the flowers aim down somewhat taking the joy out of them and making it awkward for a photo. But still, I persist in trying to get them to perform in the way I picture in my mind with stunning white flowers shining out in winter. 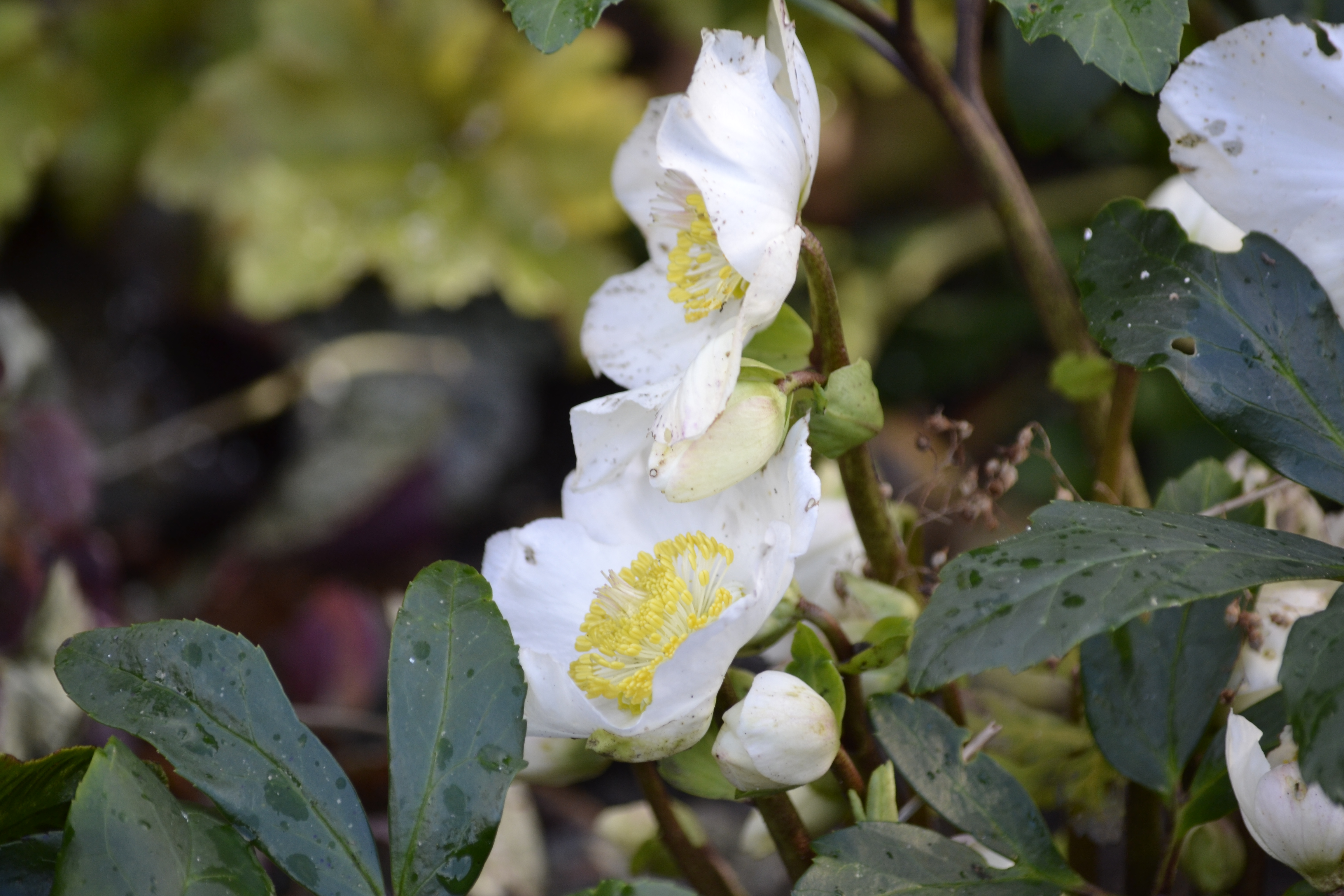 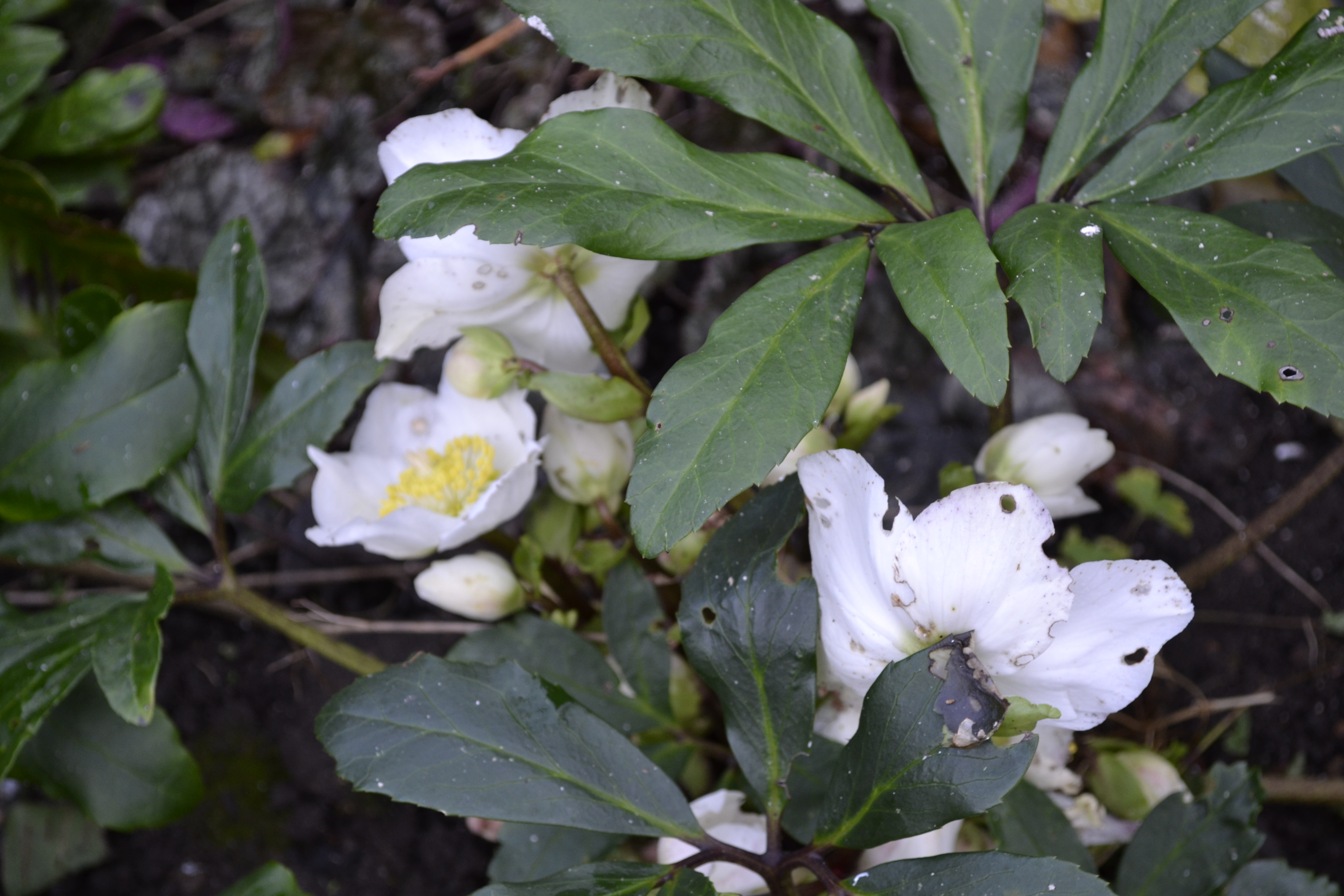 As well as reworking the border at the back on the left side I’ve also been shuffling the patio around. I’d built one log store a few months back. However the wood delivery was slightly more than one store so we got another one delivered which had been sat in the utility room for weeks, but I got pushed into getting it made so it was out of the way for Amy’s birthday a few weeks back. The two look smart together, though I’d have liked one on the other wall but we are still waiting on the builders to finish jobs. I figure they’ll act as a little bit of a windbreak fo some of the plants I’d like to grow. Alice is excited to be jumping, not about the log stores. 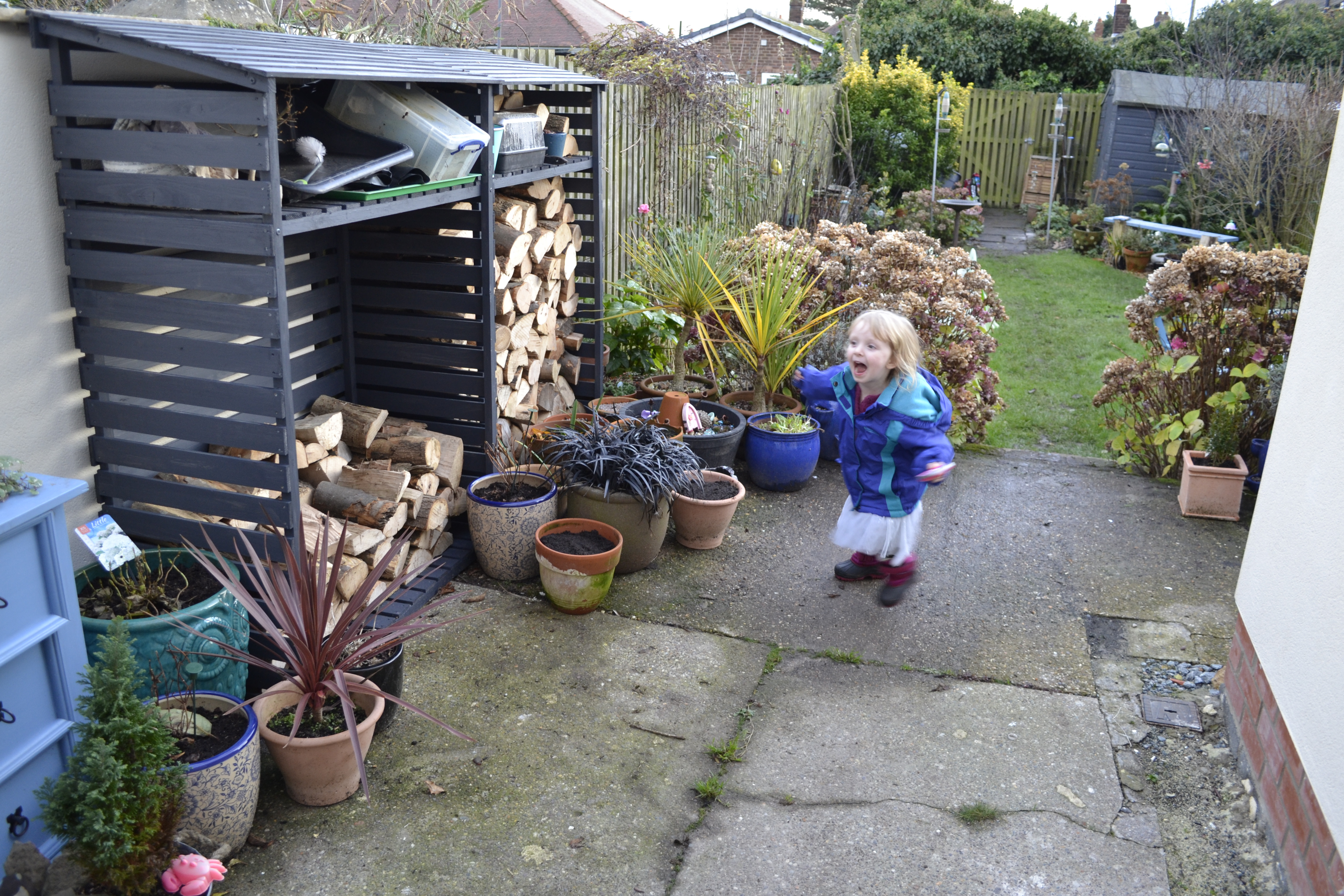 I’ve had a lot of the pots sat on the lawn while the builders have been working but now they have done this wall I’ve moved a few back. I’ve made a small platform out of a tile sample and breezeblocks. Not the smartest setup but it only intended as temporary displaying some of the winter foliage plants next to Alice’s mud kitchen. 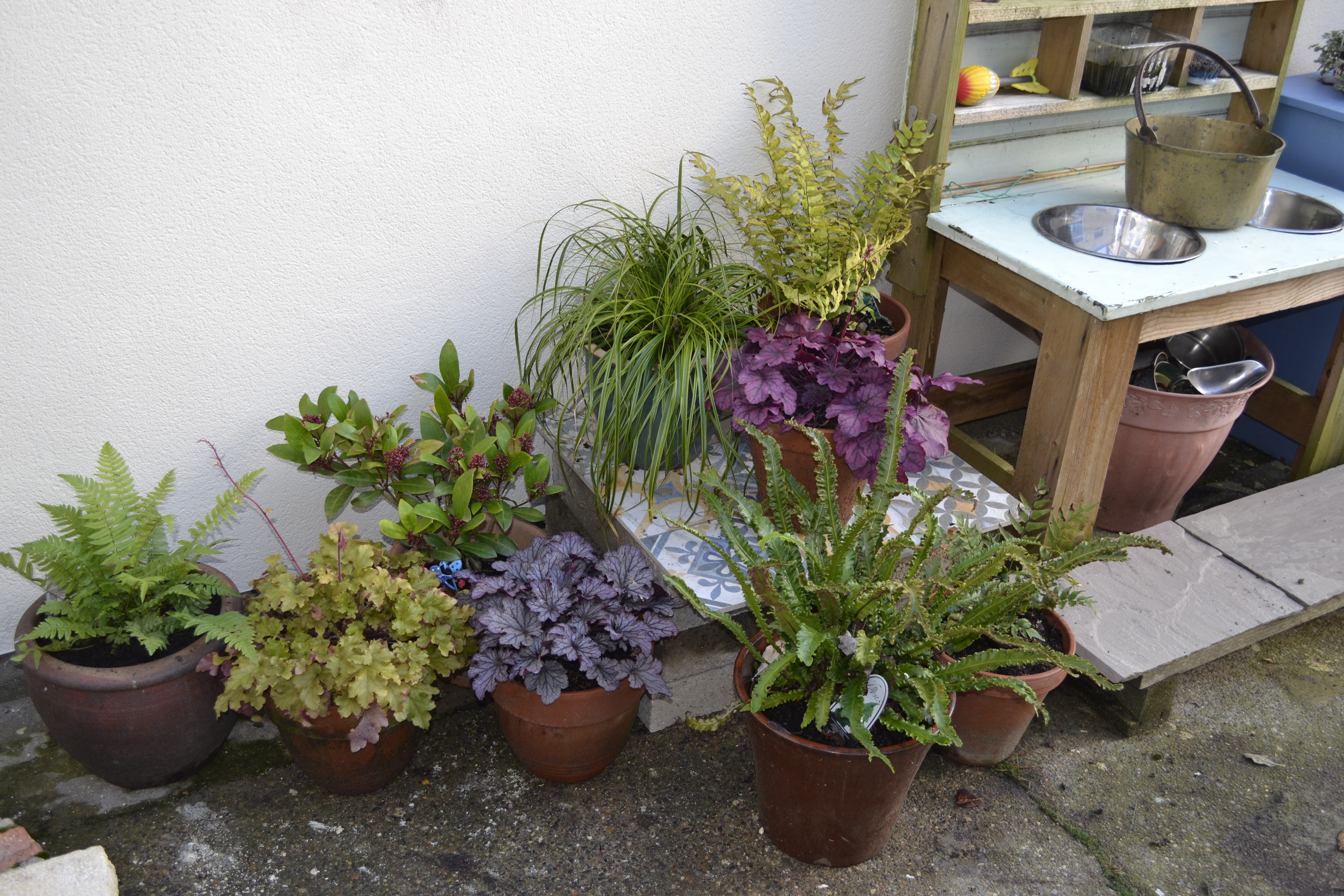 We have a handful of battery-powered lights out on the trees now we are into December. Hard to photograph but they add a bit of cheer in these dark months. 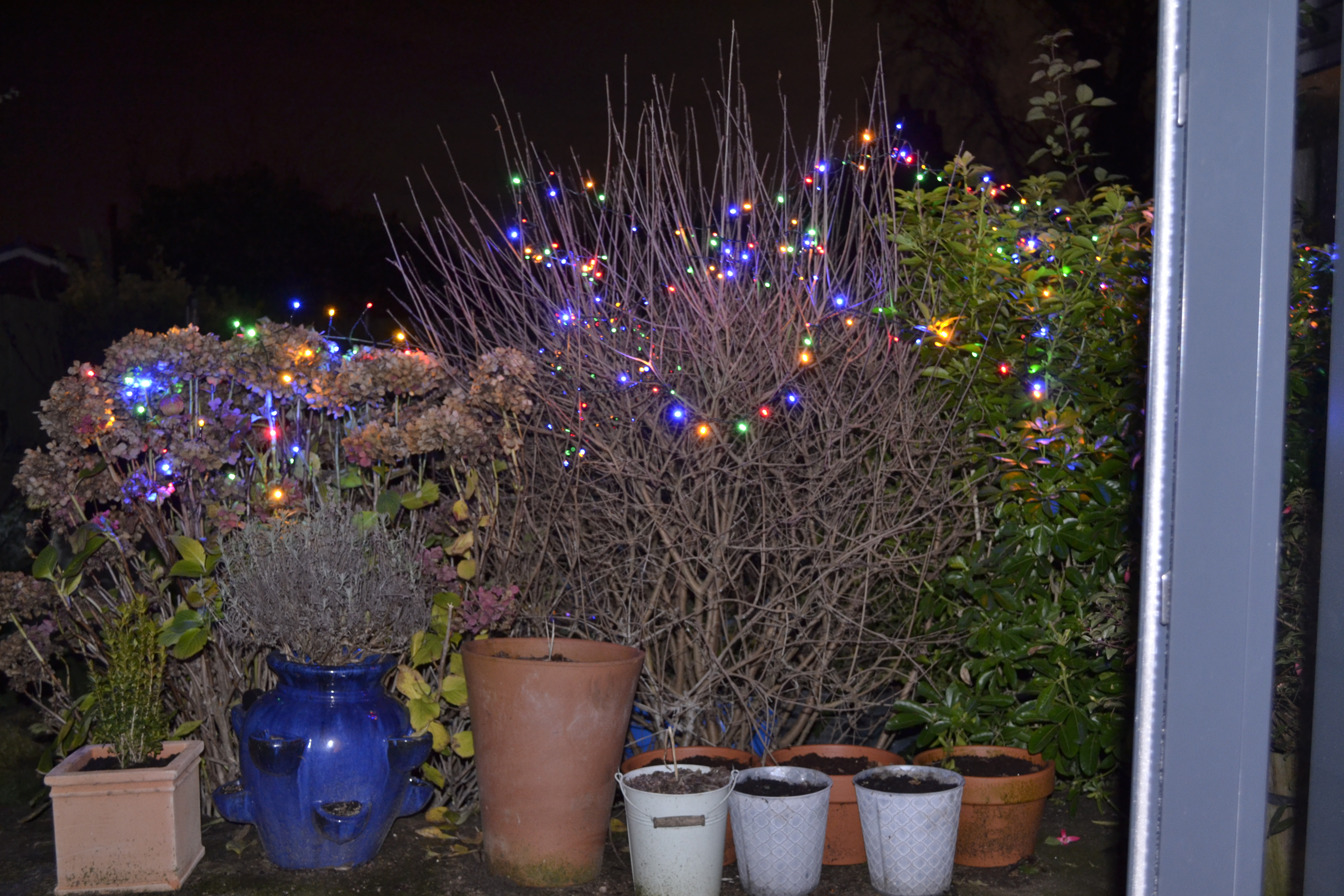 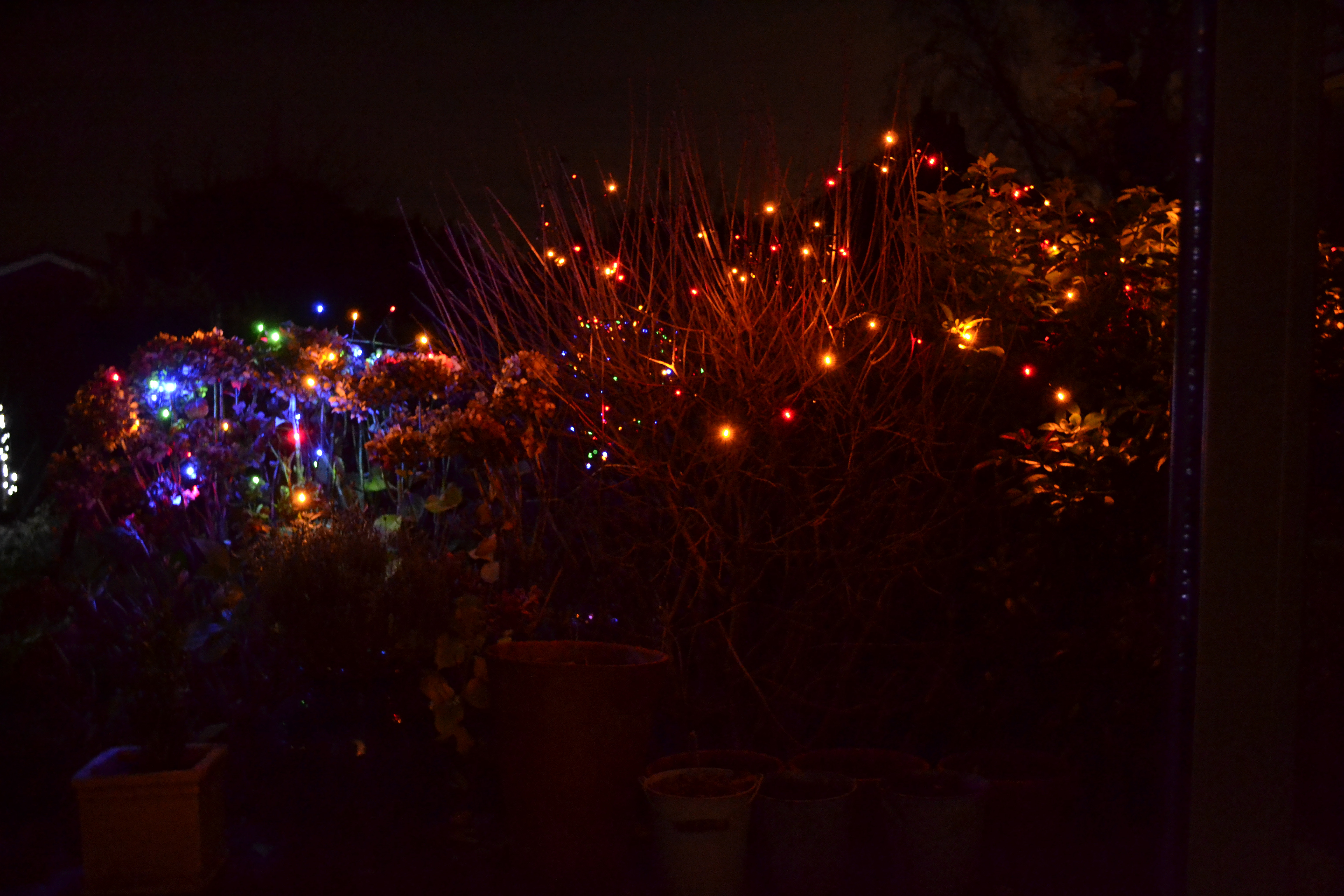 The pink rose has had a bit of poor performance this year. It has flowered several times but the wet weather has meant a lot of the flowers have been pitiful when they have bloomed. It is going through its last burst of flowers for the year. Impressive that it’s still flowering in December but unless it manages a few better flowers next year it may face the chop. In a small garden, you have to be ruthless. I don’t mind going the way of Lloyd and removing the rose from my garden for more foliage. 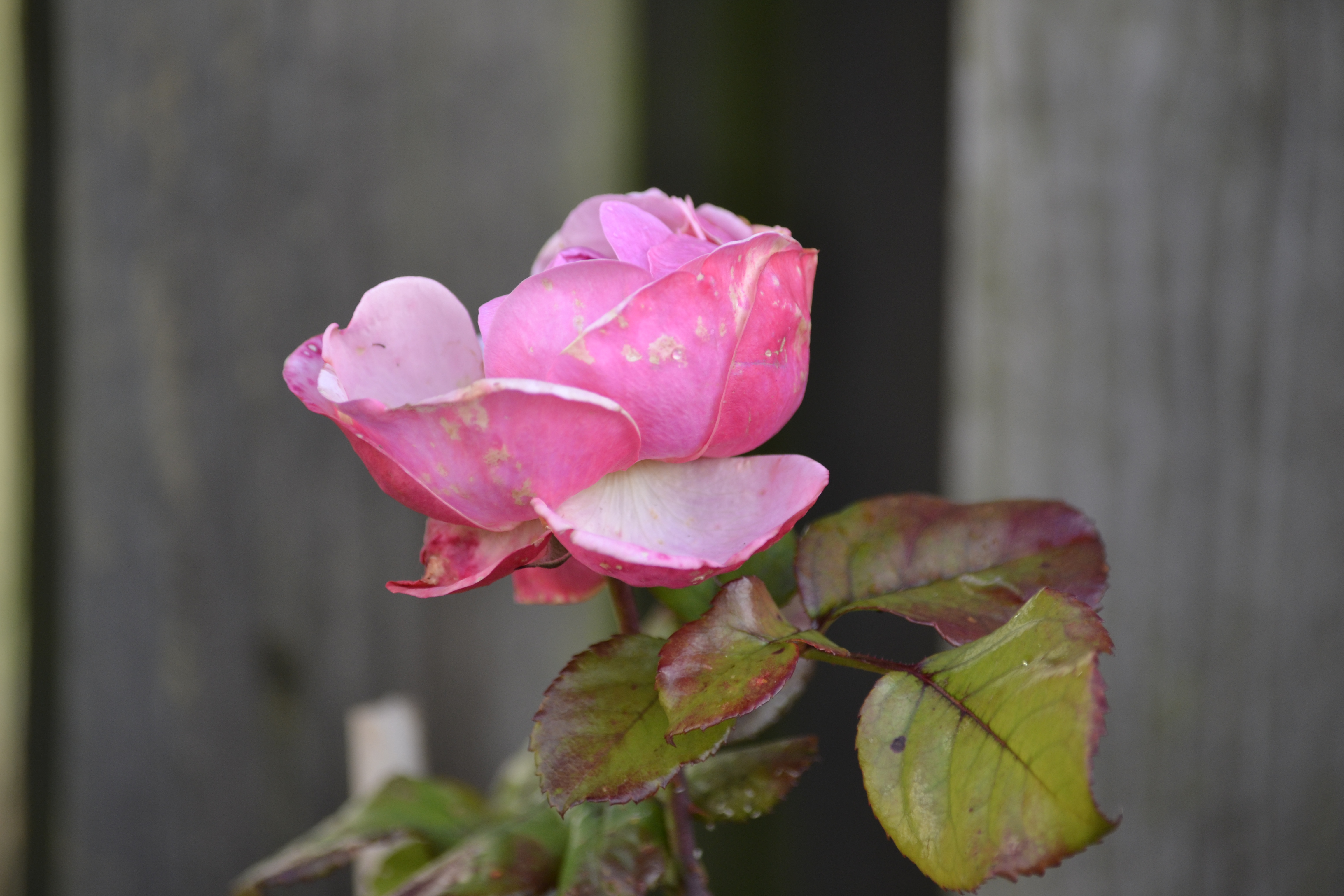 As mentioned already still not that well, so only managing short bursts in the garden doing quick jobs. Combined with the weather I’m not sure I’ll manage that many job this weekend, but I hope you all have good weekends. Might be winter but the jobs don’t stop.

Check out the six on Saturday guide if you fancy joining in the fun.