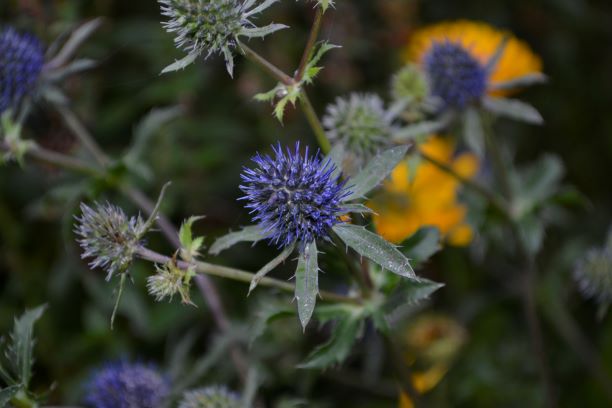 I haven’t had much time in the garden this week between rain and work but still some colour on the go. The cosmos and dahlias took a good beating last week but they are still putting on a smaller show. We’ve had builders back in fixing the roof so still got everything off the patio leaving a mess of pots over the lawn but can’t do much about that right now. Just dream of what it may become.

The honeysuckle flowers have ripened to berries adding bursts of colour along the two stretches of honeysuckle in the garden. I try to leave off pruning so they get a chance to form to give the birds another source of food, though I haven’t seen many going for these yet. 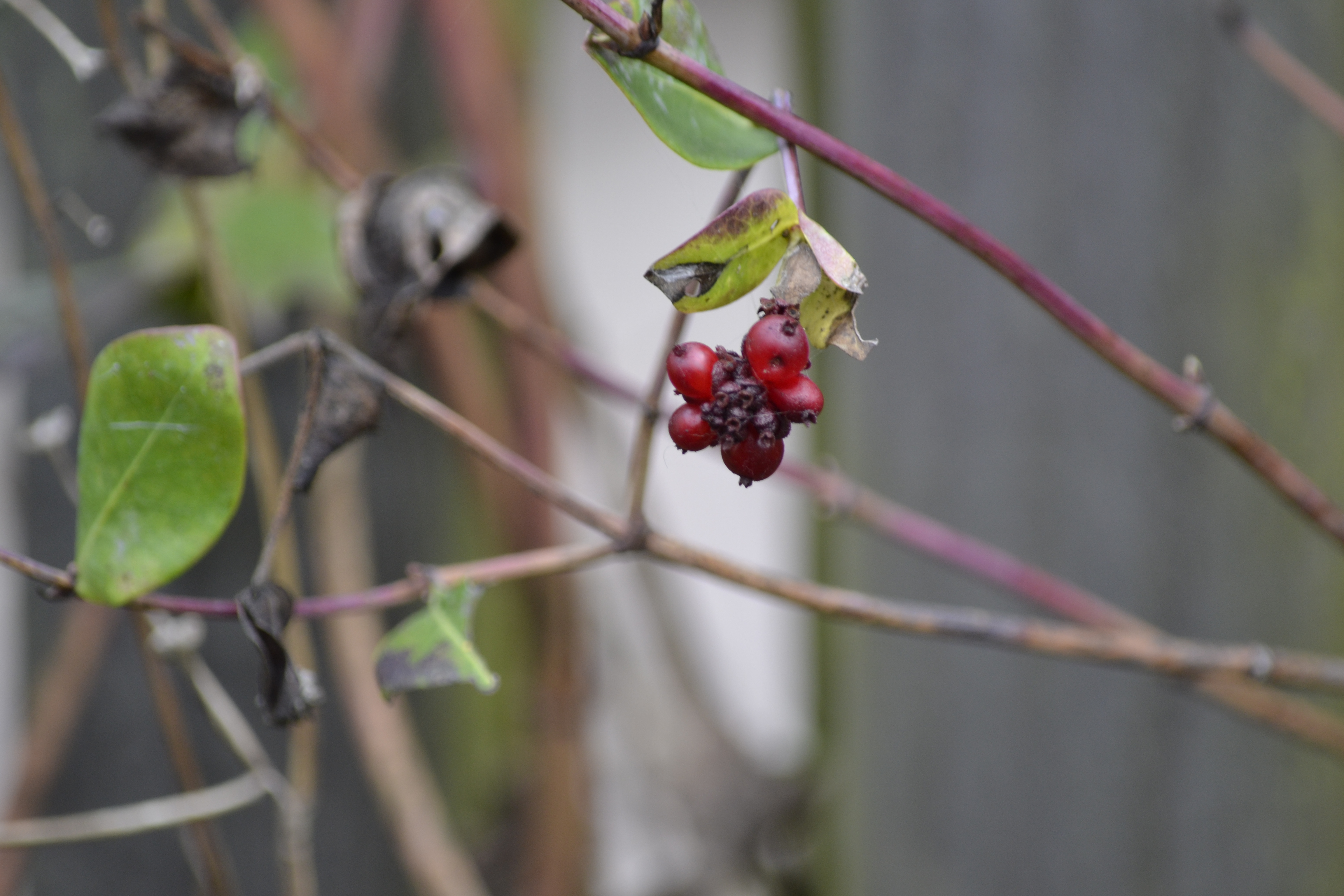 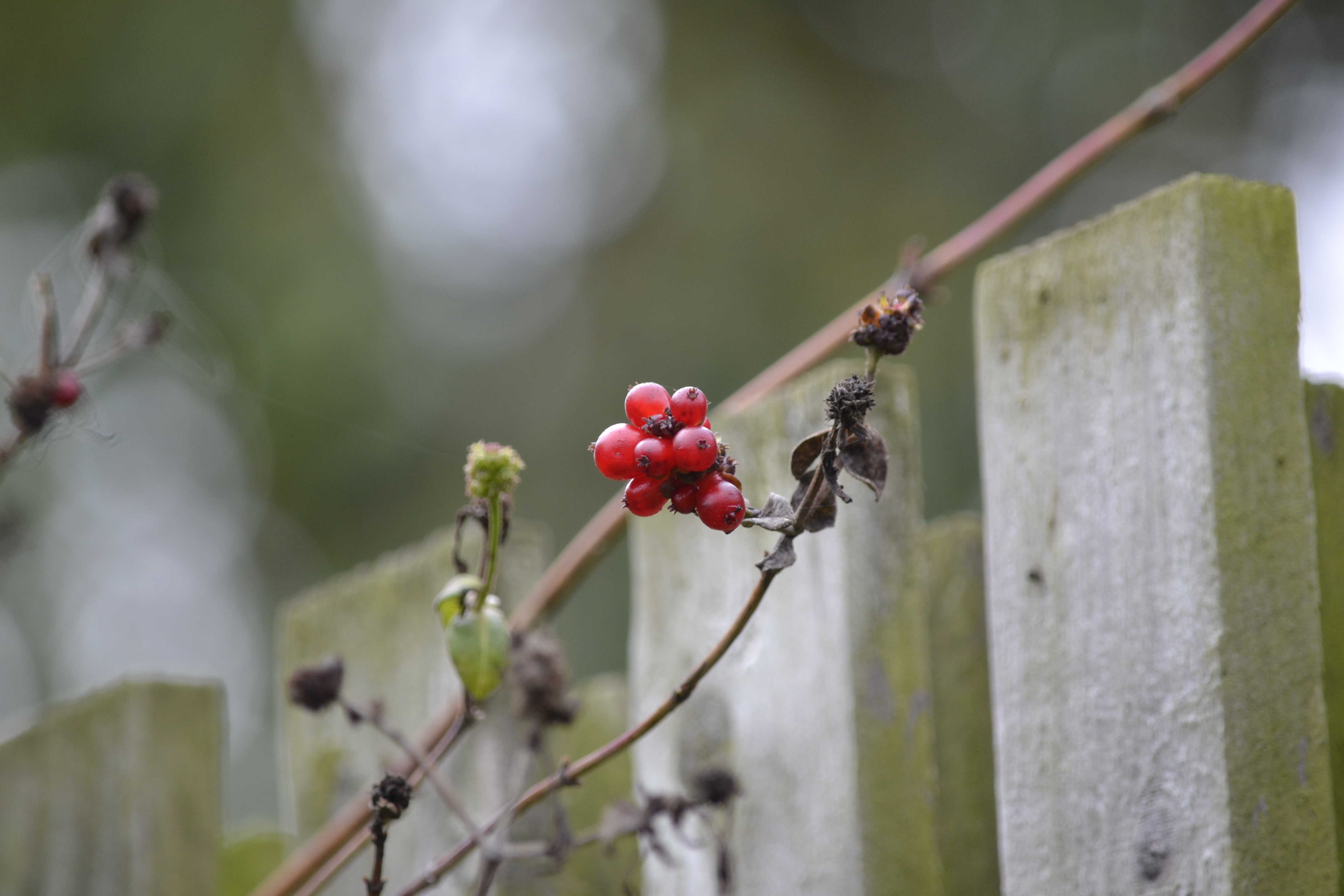 As the swifts and housemartins have left us another visitor has come in. The geese have been a regular sighting in huge flocks. They come swarming over the garden honking away. Many geese migrate to the UK for the Winter. As these are coming from the direction of the Mere I’m assuming they’ve stopped off there and are now heading further inland. 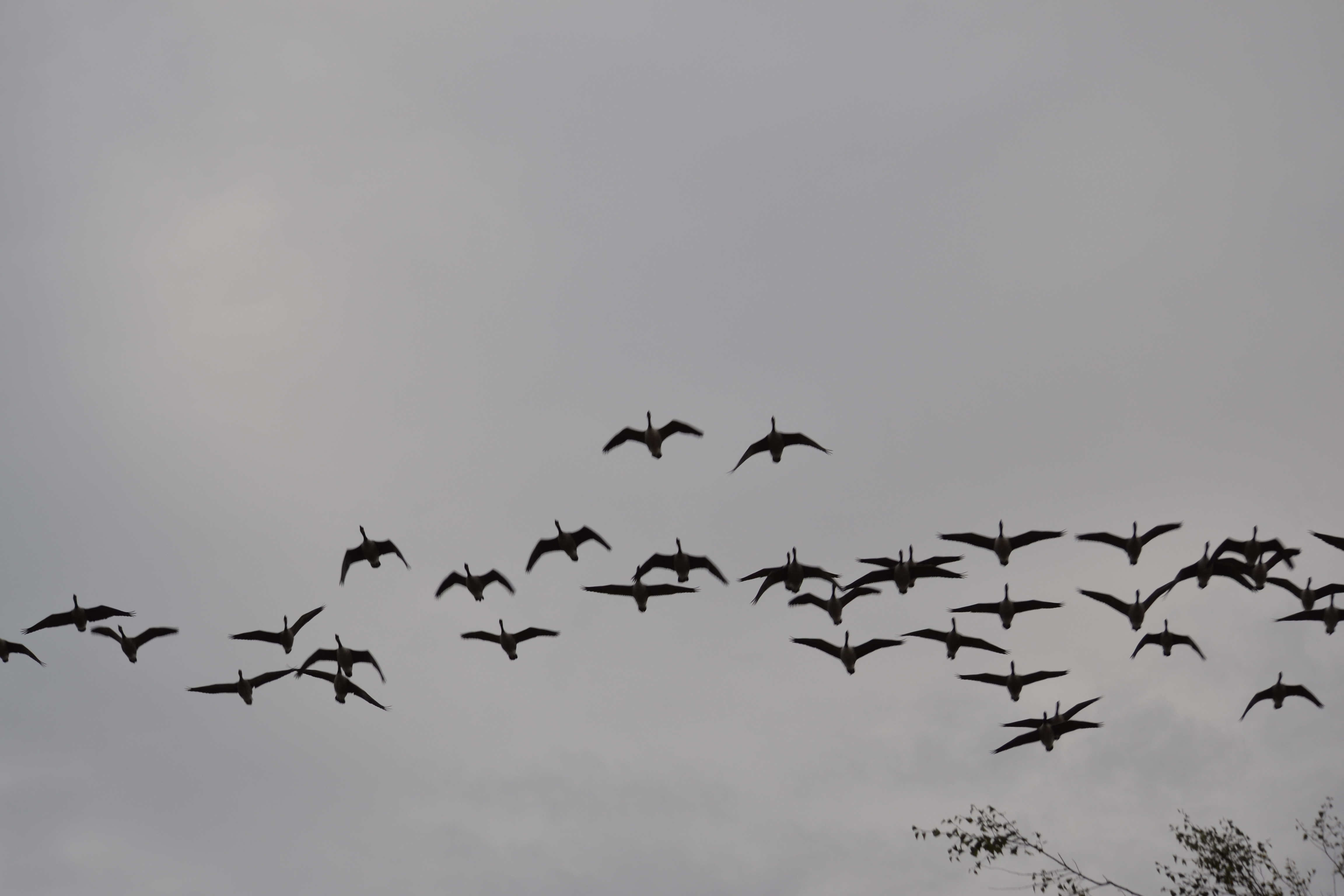 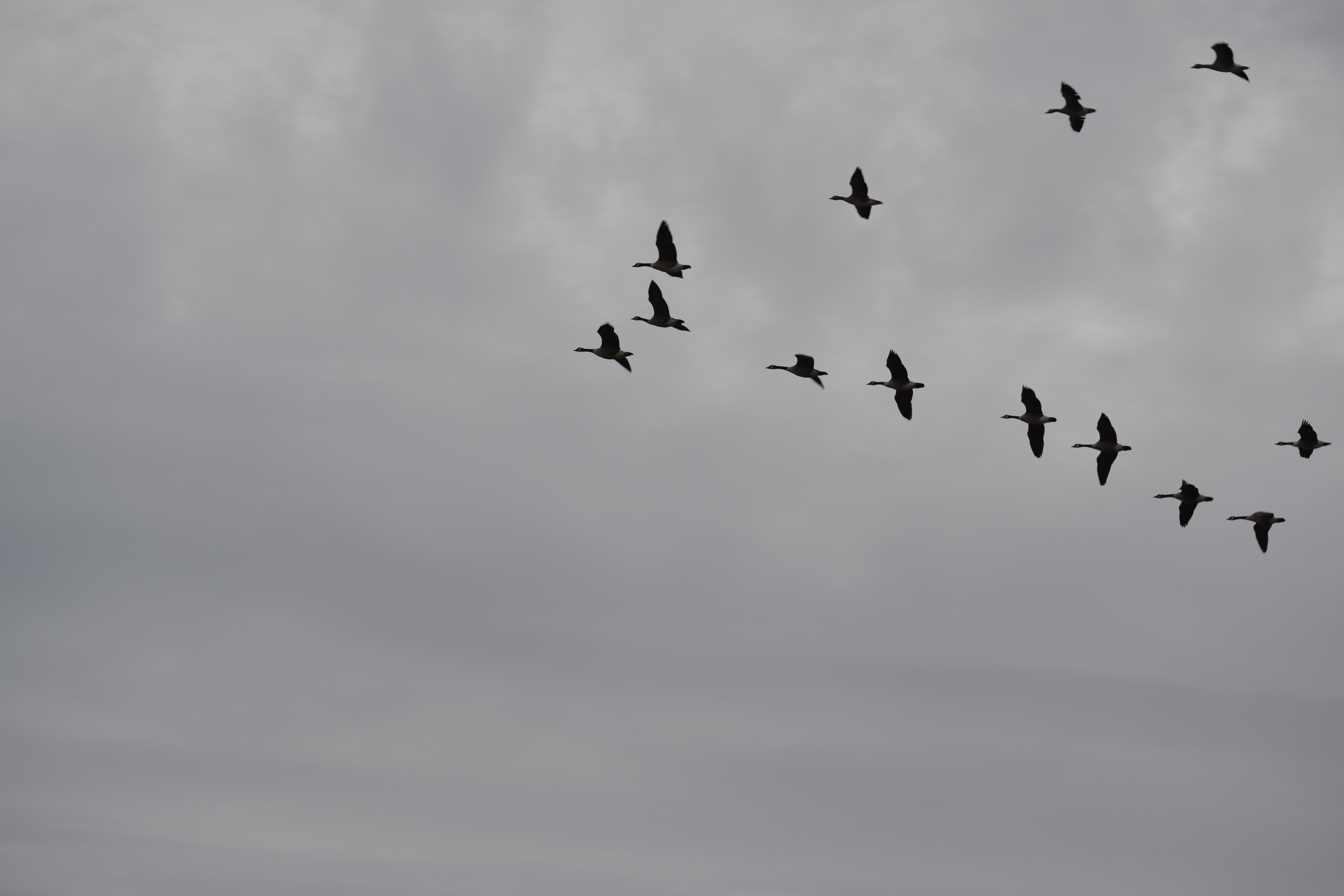 This Sambucus was planted as a tiny little stick with few leaves on earlier in the year. It is establishing well having put on a good metre or more growth. These were on the list of plants recommended for coastal gardens and it seems happy enough with the winds. It could do with moving out from the fence a bit for more space but I think this will look good in the space. The Dryopteris fern to the side donated from my mum is establishing alright and the geraniums in front seem happy. 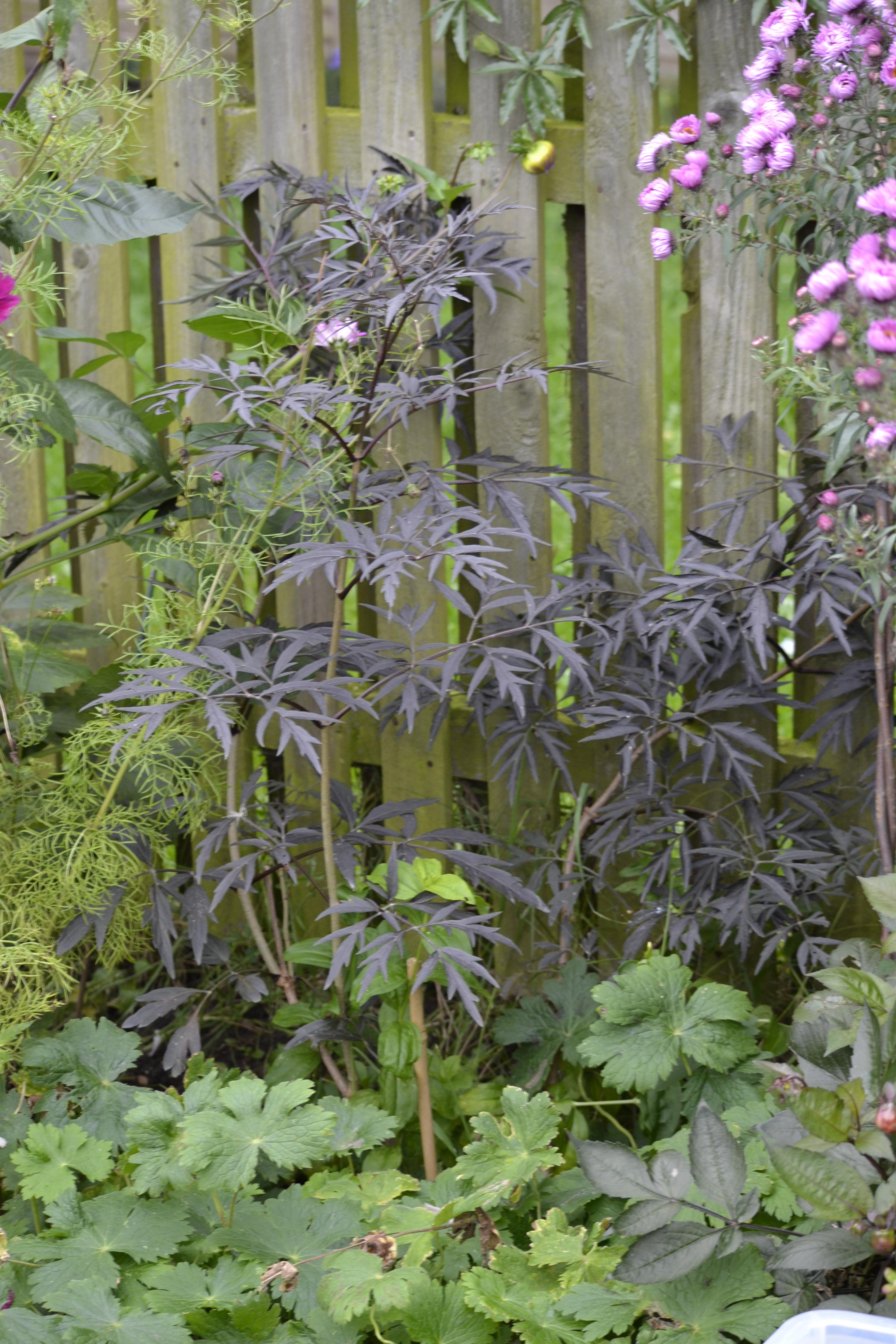 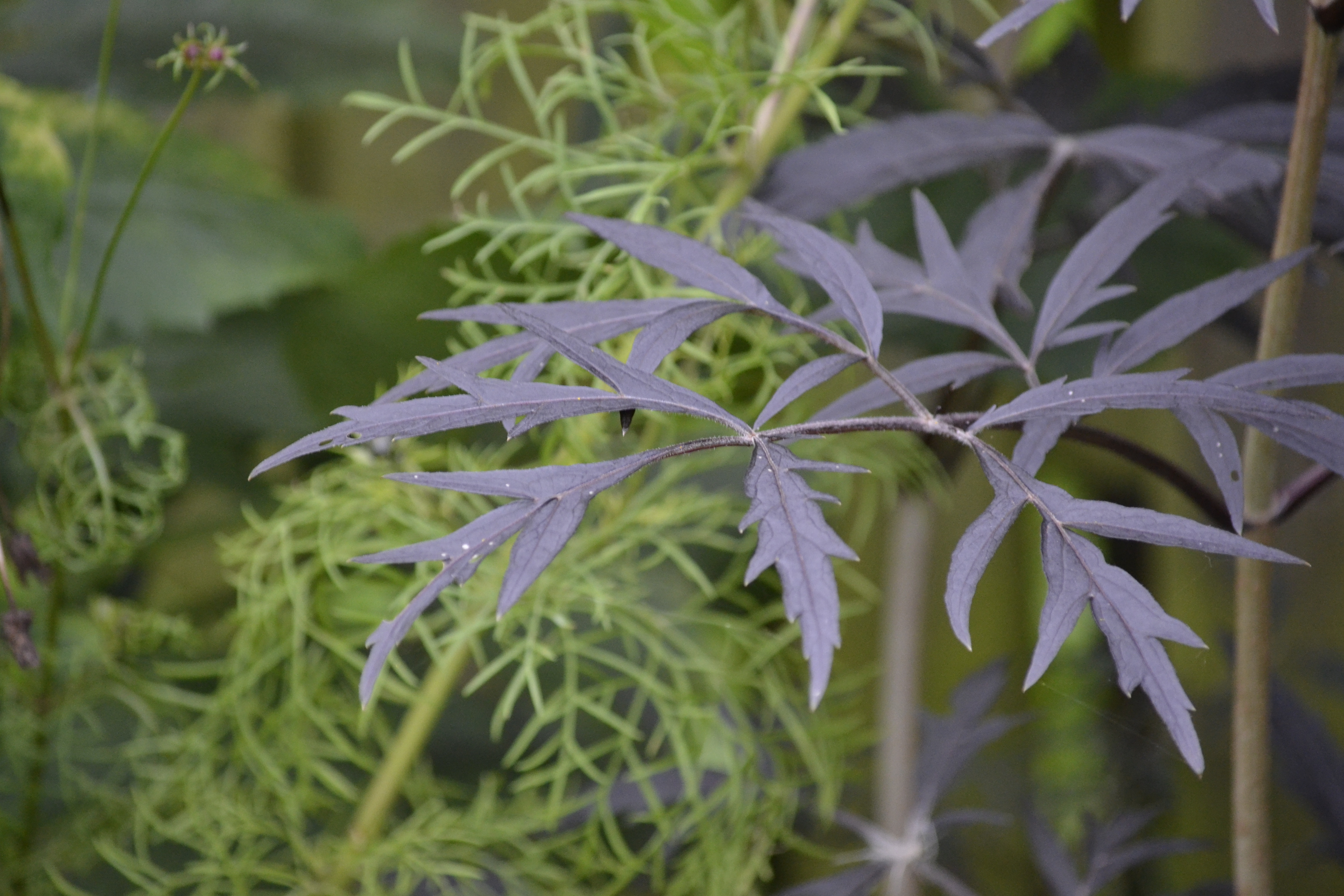 I planted this cotoneaster on the edge of the patio. I’m aiming for it to fill the corner gap so Alice doesn’t throw herself off the patio. I’m also hoping the berries will bring birds close to the house. The jasmine to the side has been slow to settle but has shown small signs of growth. I’d mentioned last week about trying to get some evergreen climbers and this is forms part of that. 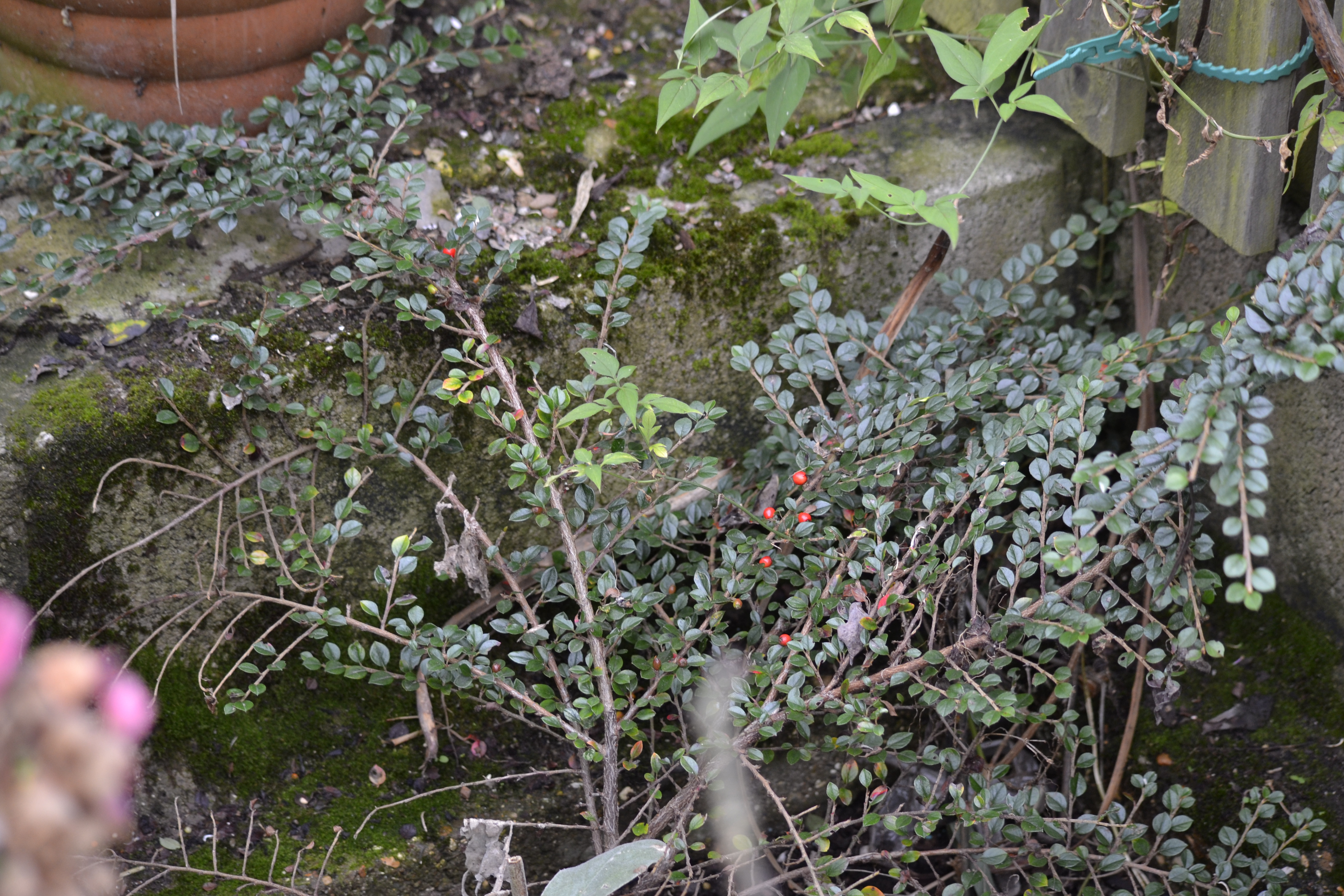 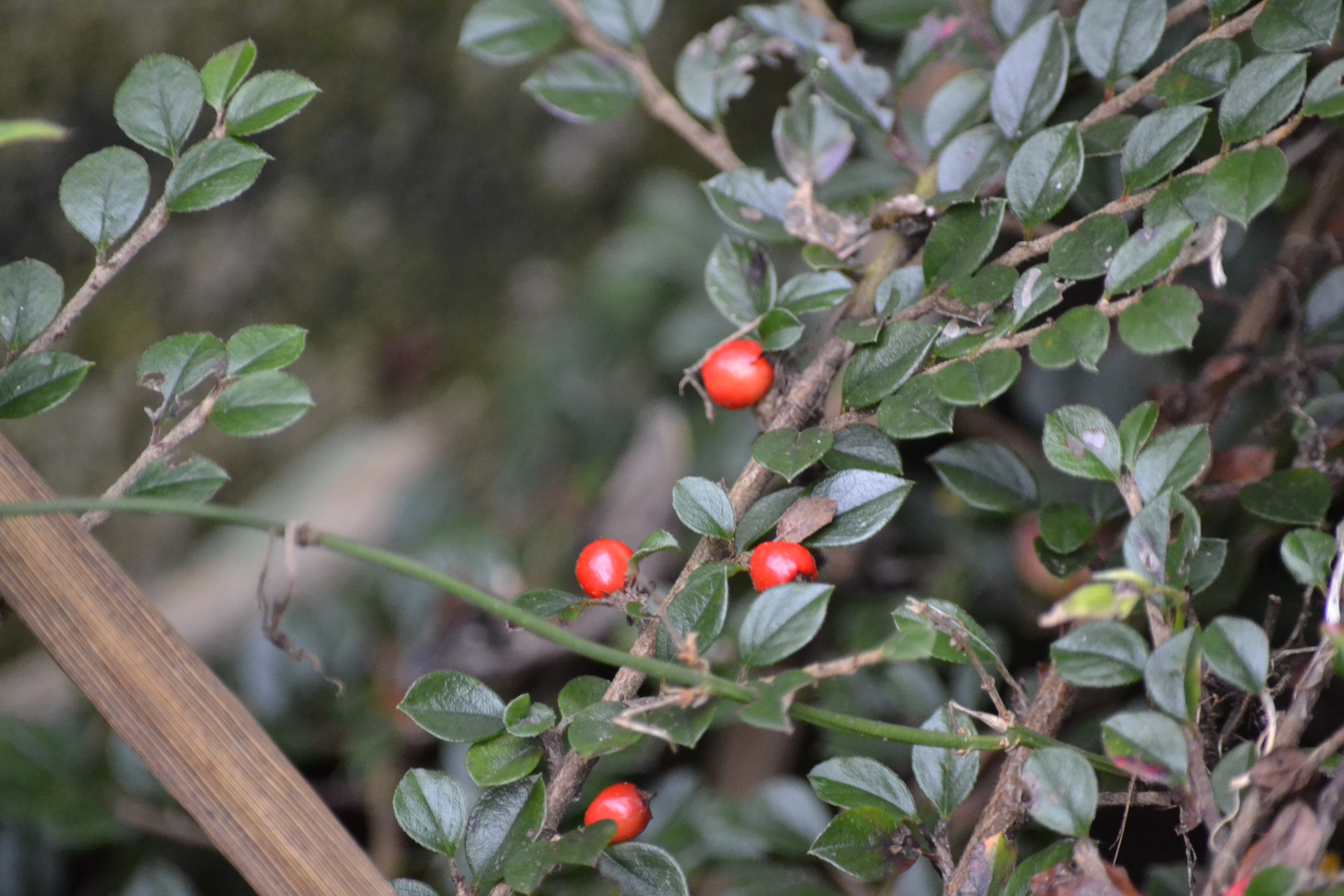 I believe this is a variety of phlox. It was growing in abundance when I took over the garden. I’ve dug out lots but always leave a handful. It’s meant to be good for butterflies though I can’t remember ever seeing any on it. 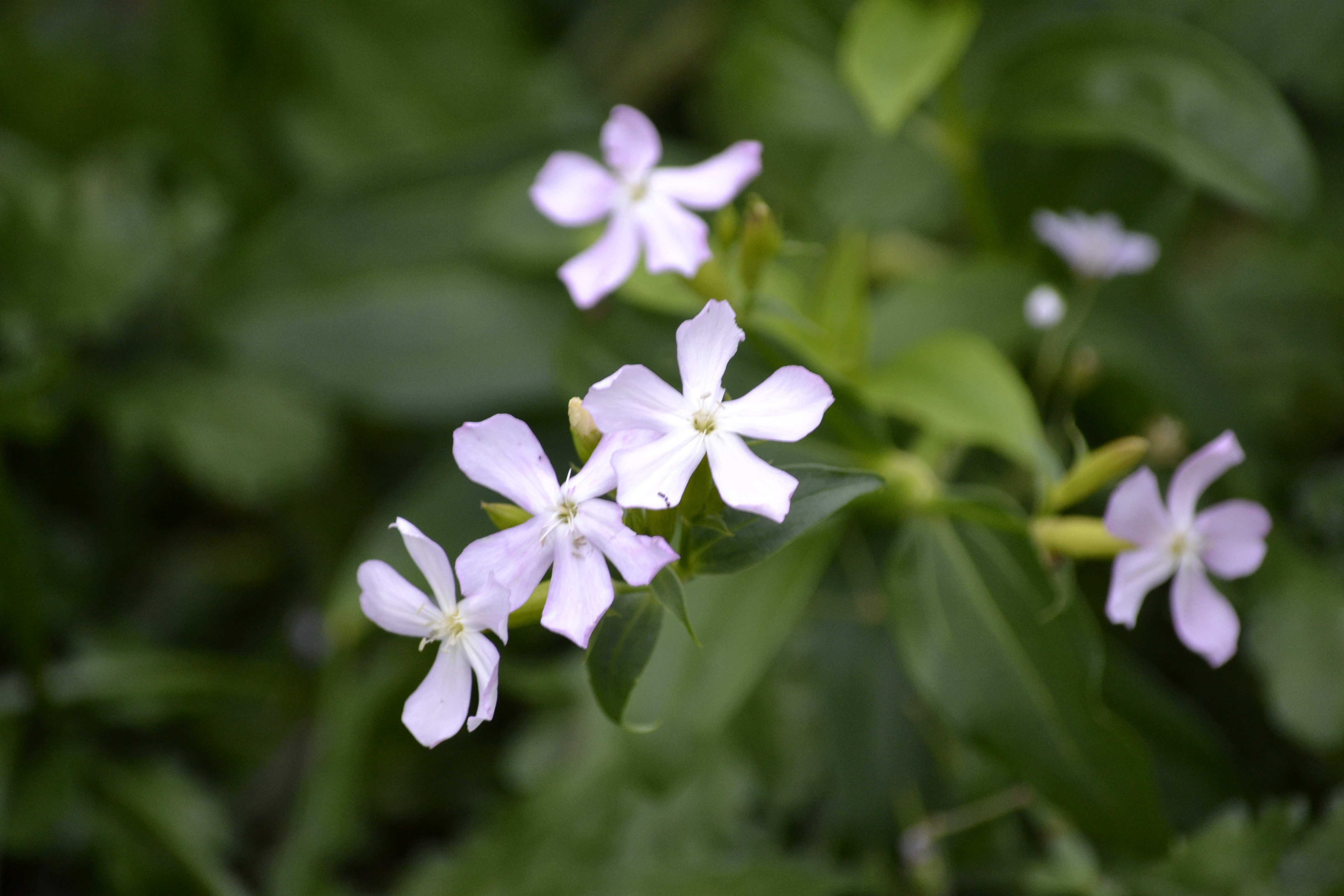 The sea holly was planted as it formed part of my wedding flowers last year. It has been a long time flowering but has finally done it. This was just a cheap Tesco purchase as rootstock. There are nicer varieties with the blue edging on the leaves as well but it is bringing in the bees during the odd patch of dry weather this week. 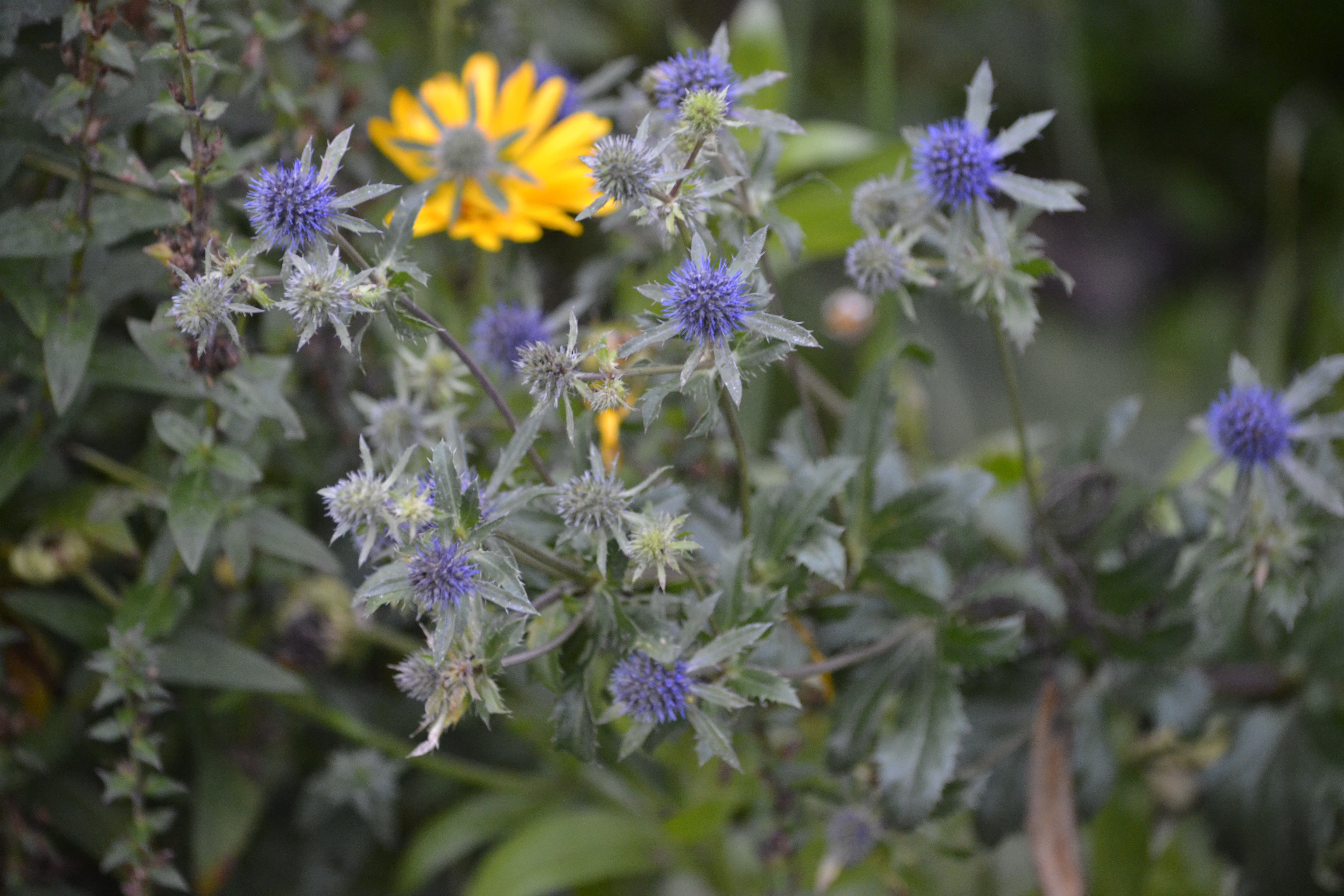 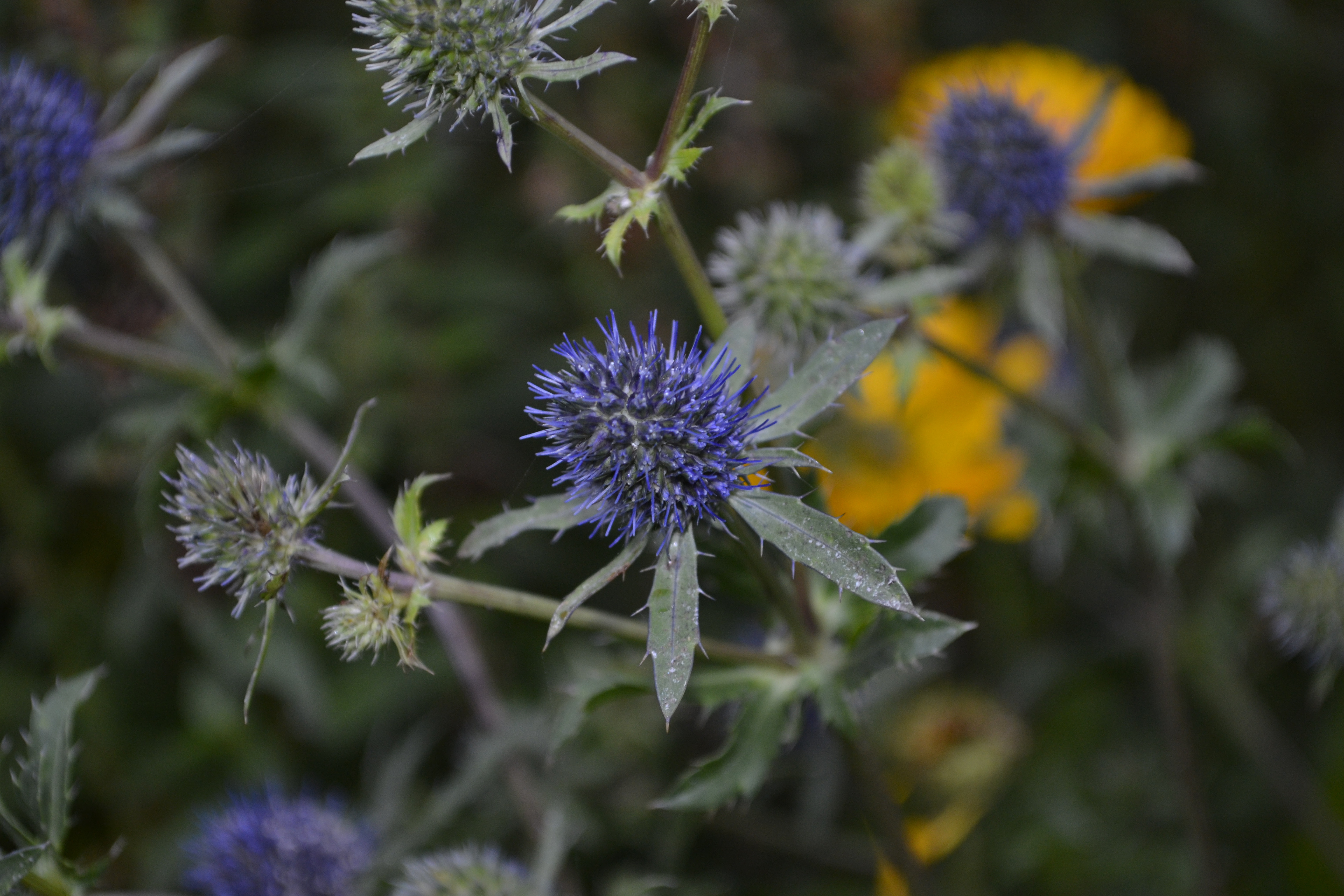 Well, that’s it for this week. I doubt I’ll manage much more this weekend in the garden but not long until half term now and then I’ll get a decent chance to get on with the bulb planting. I hope you all enjoy your weekends.

P.S. The passionflower planted last week has flowered and it is spectacular. I doubted that it would flower but it has managed it with a few more buds to come possibly. 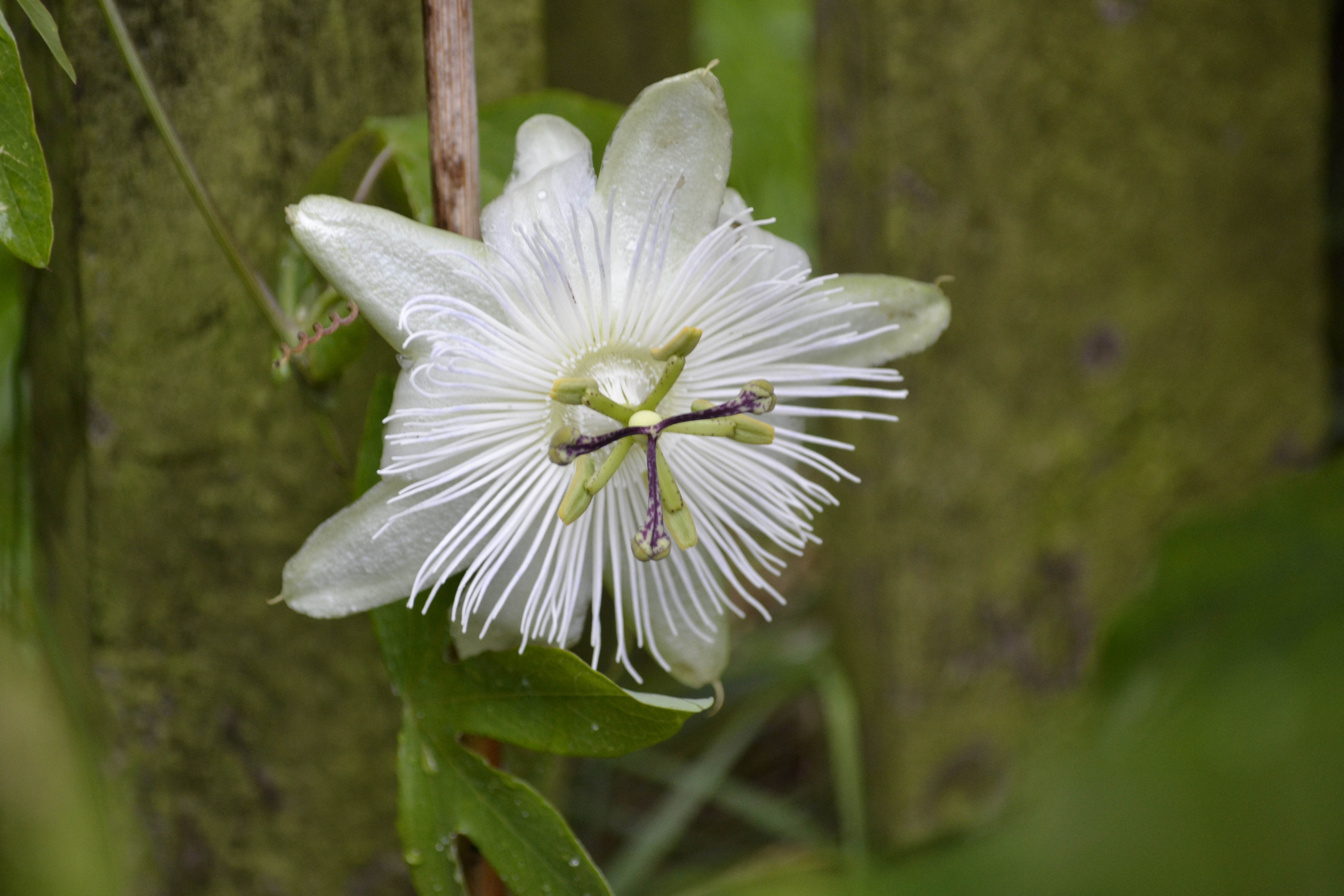