It seems to be the season of deadheading. The cosmos, dahlias and sweet peas are still going strong but need plenty of snipping to keep them going. The builders have returned to cap the wall so everything has come off the patio currently so it’s all a bit messy. Hopefully, they will get a move on with finishing the render so I can get pots off the lawn before they destroy it again. Onwards with this week’s six.

Before Alice was born I had a fairly successful bonsai that I’d kept going a few years. When I went on paternity it suffered and I never got it to recover. I thought it was time to try again. This time going for an outdoor variety. The golden larch isn’t a true larch but has bright yellow leaves before they drop. 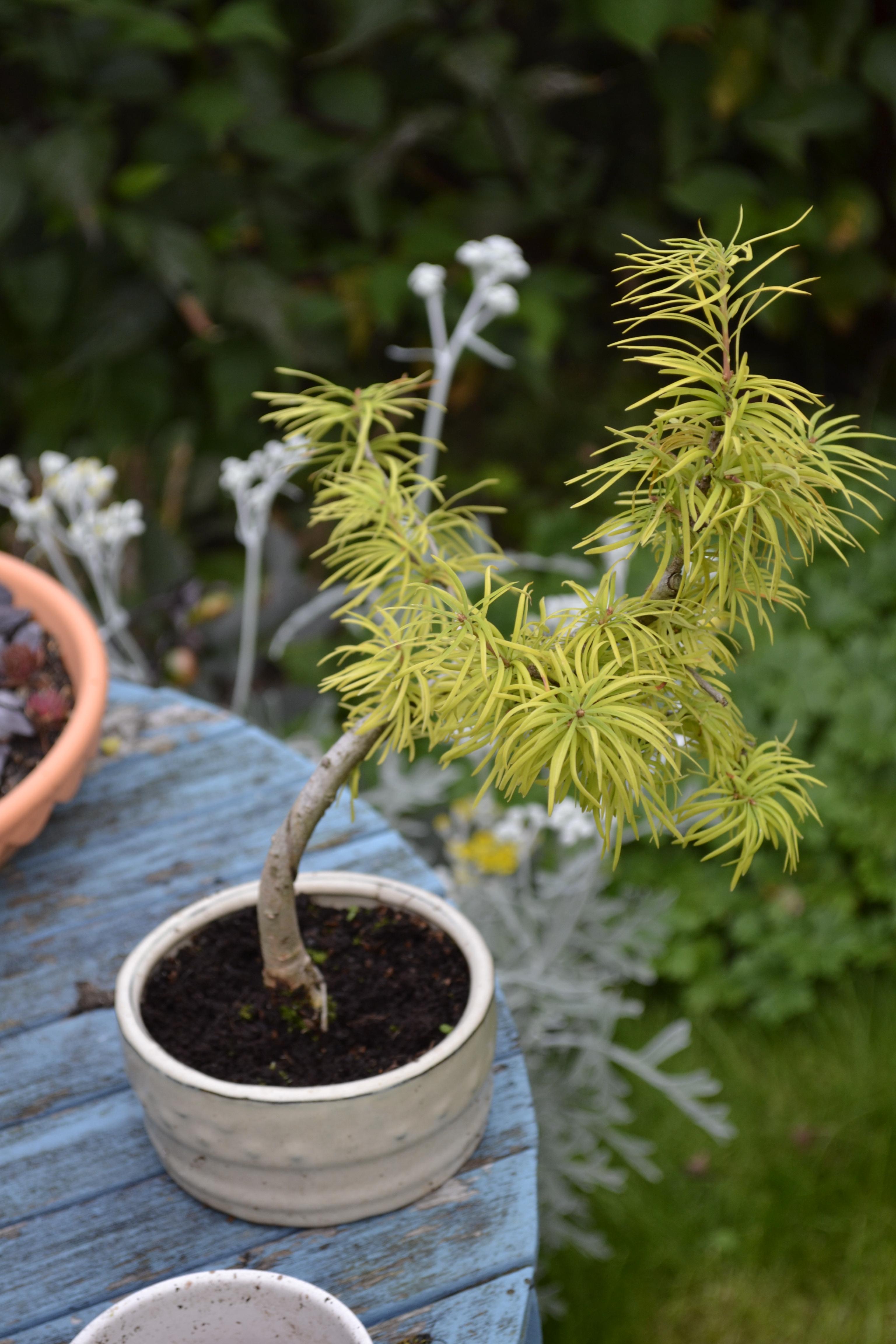 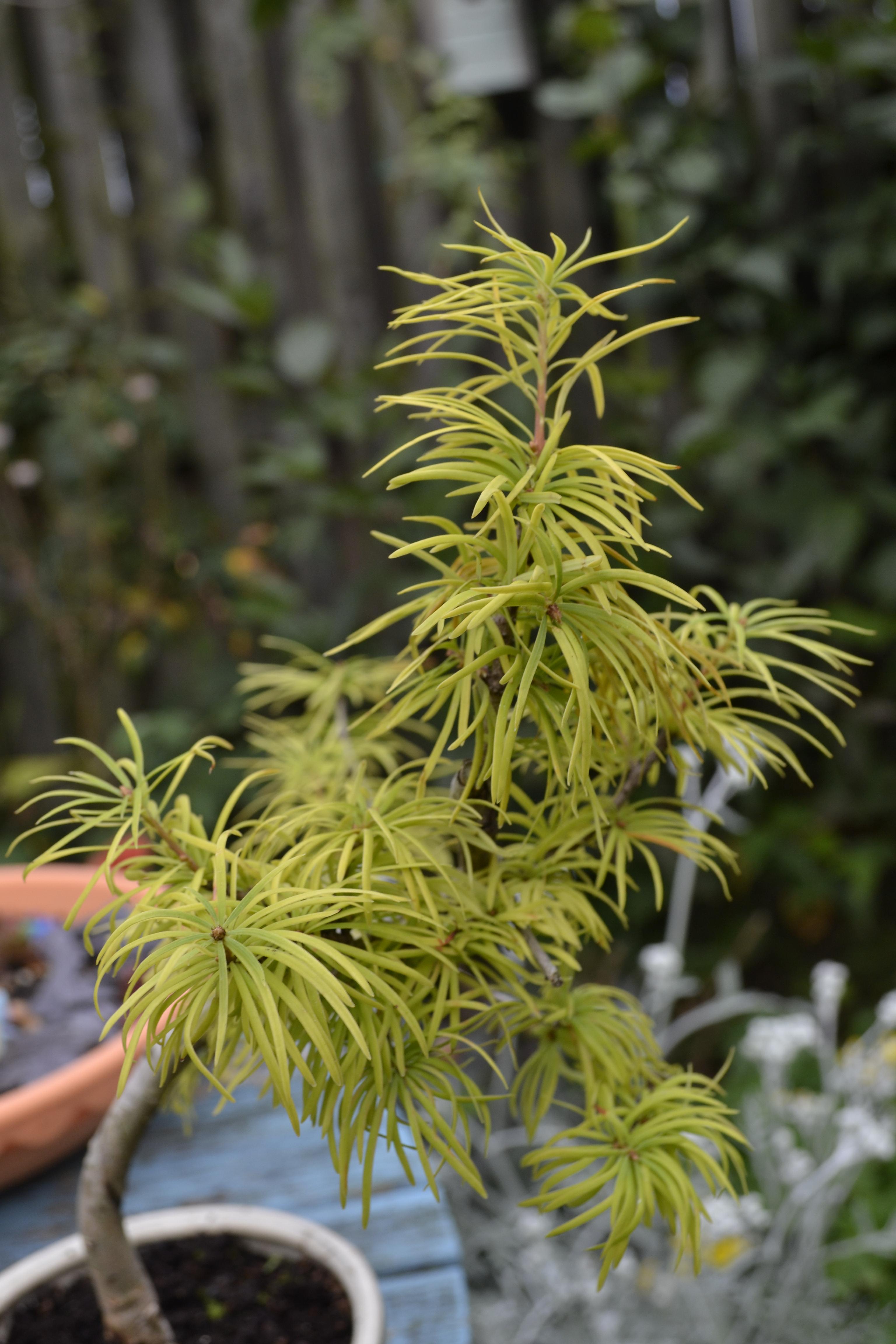 My mum had bought me two new heucheras a few weeks back now. I decided to clump them near the path a these won’t spread as much as the ferns. They should behave themselves the foliage of lime marmalade contrasts beautifully with the dark forever purple. These are evergreen so they will give me some colour through Winter. 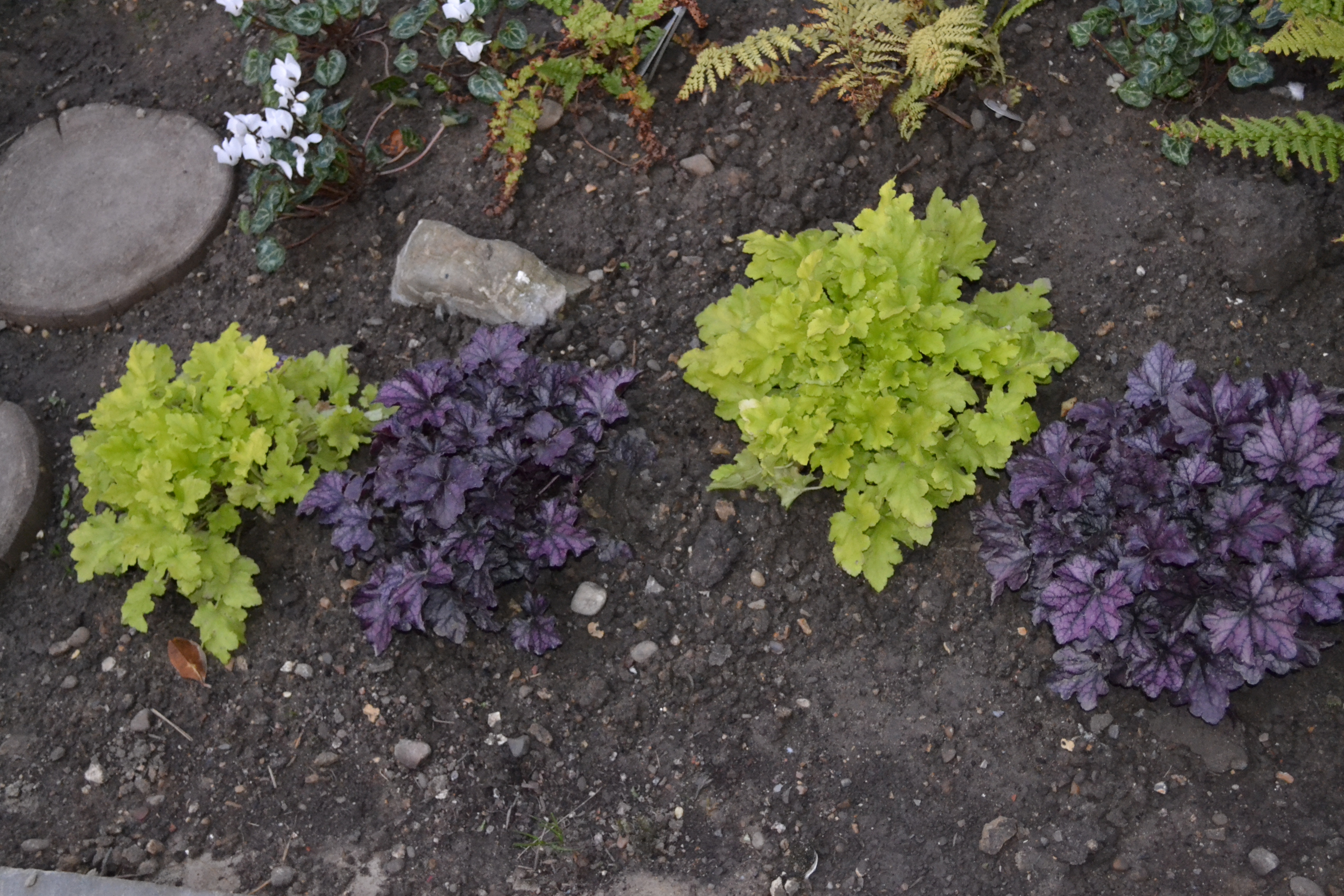 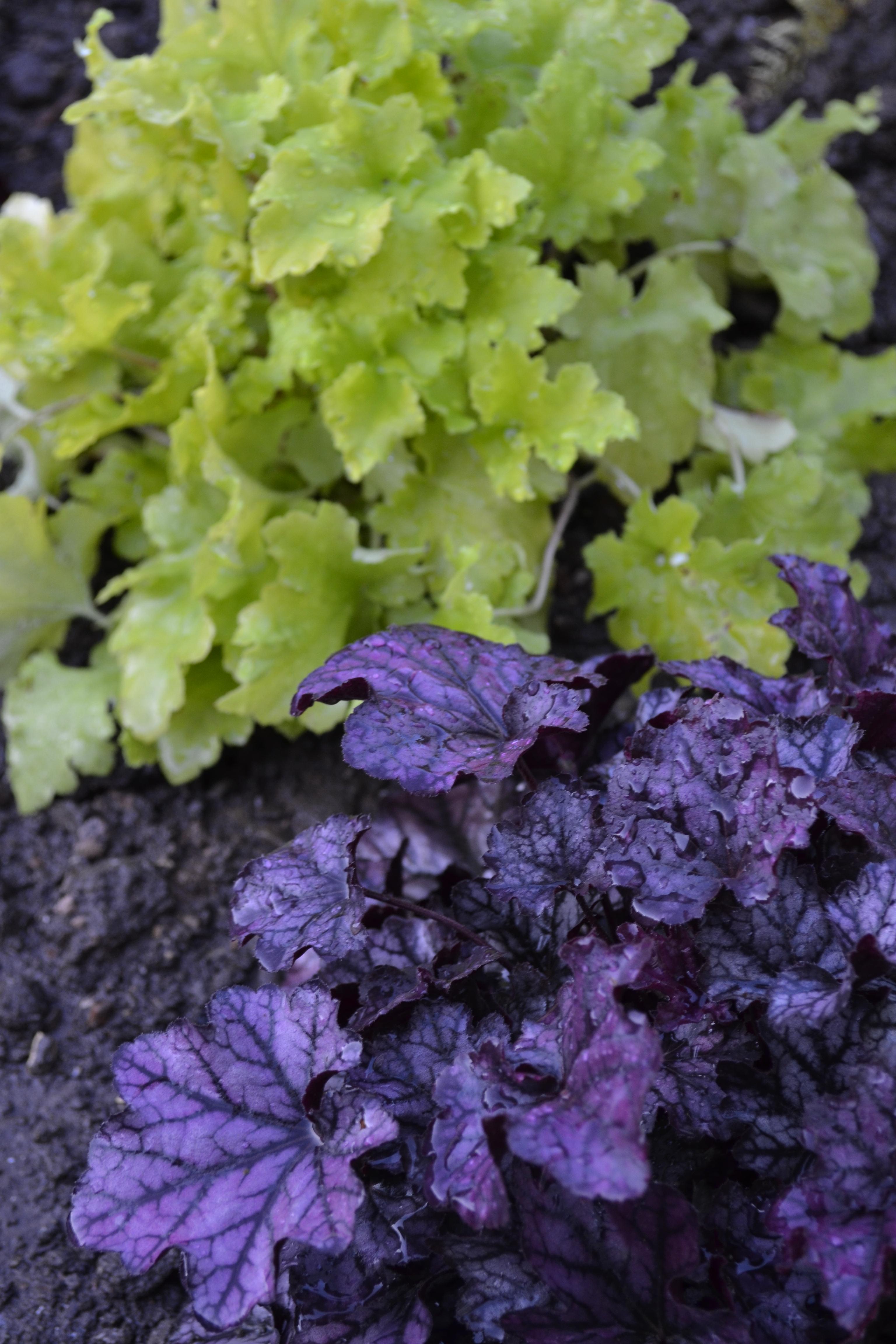 The cyclamen have gone in the front garden. The white flowers standing out in the Northern shade of the house. While I bought them for the flowers I like the foliage of cyclamen too. 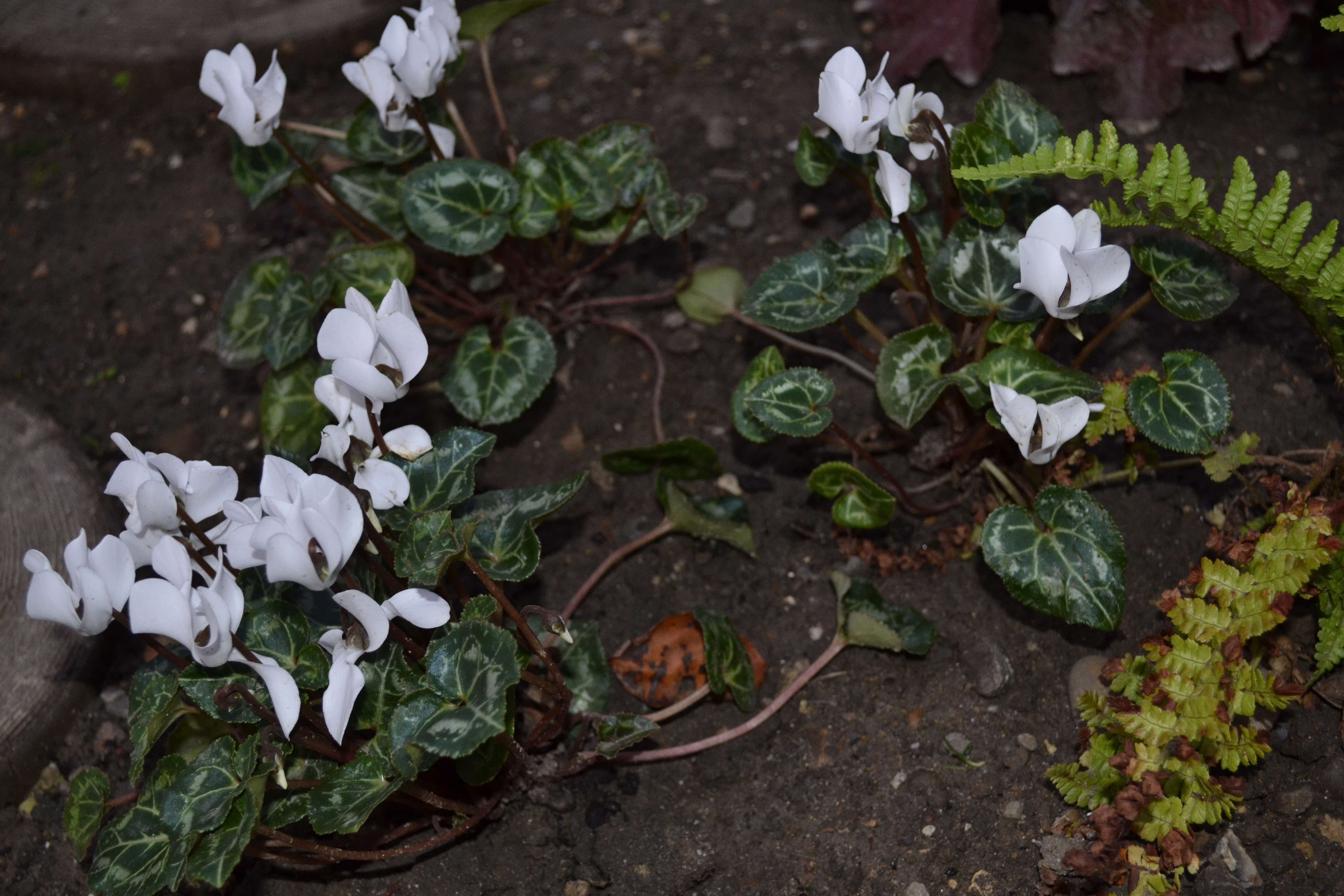 This was one of our wedding presents last year. It’s a small geranium but with very pretty small flowers. 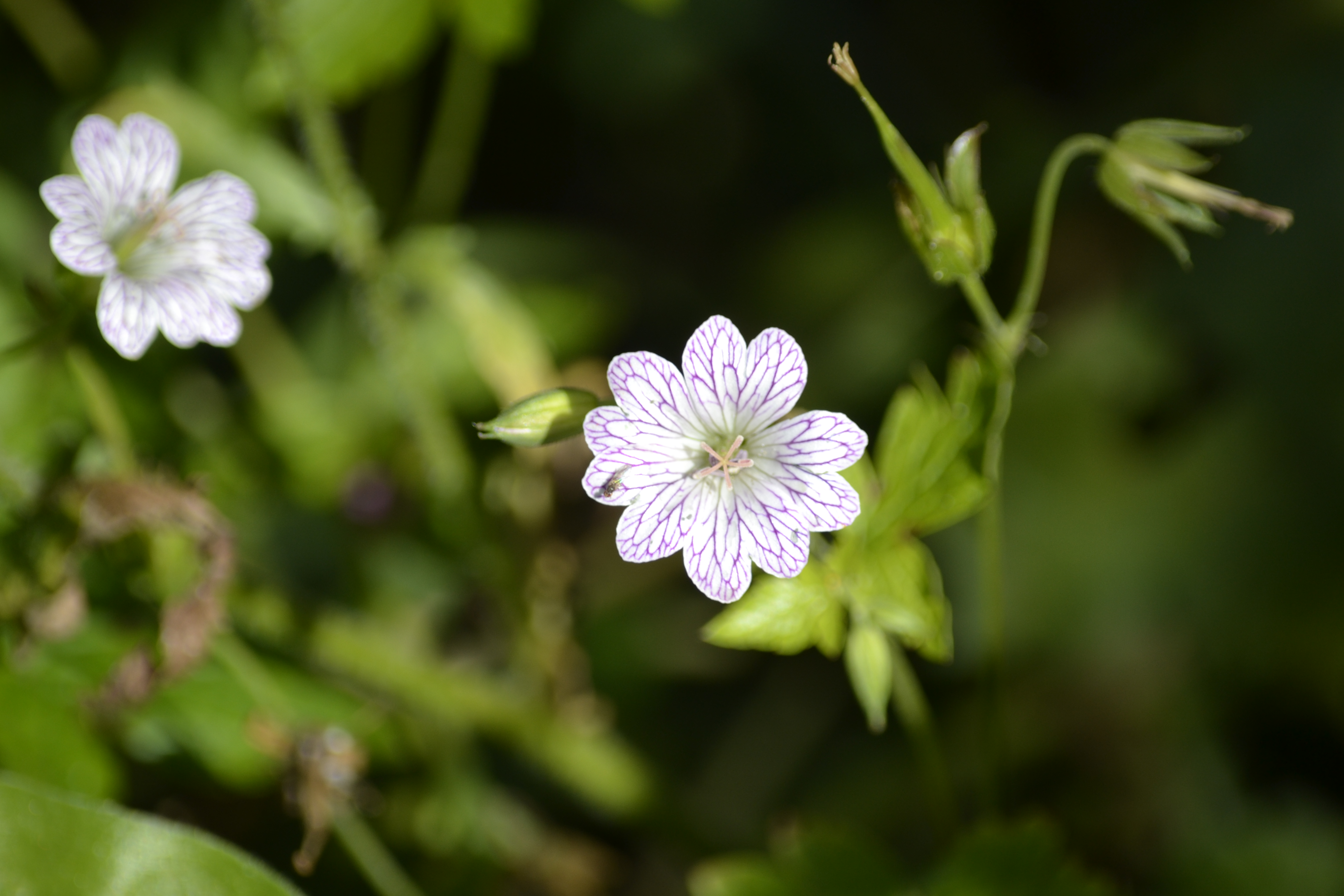 Alice’s fairy garden efforts have continued with this fairy from Hull Bus Station. The bus station has a pretty decent florist with a good selection of garden and house plants. 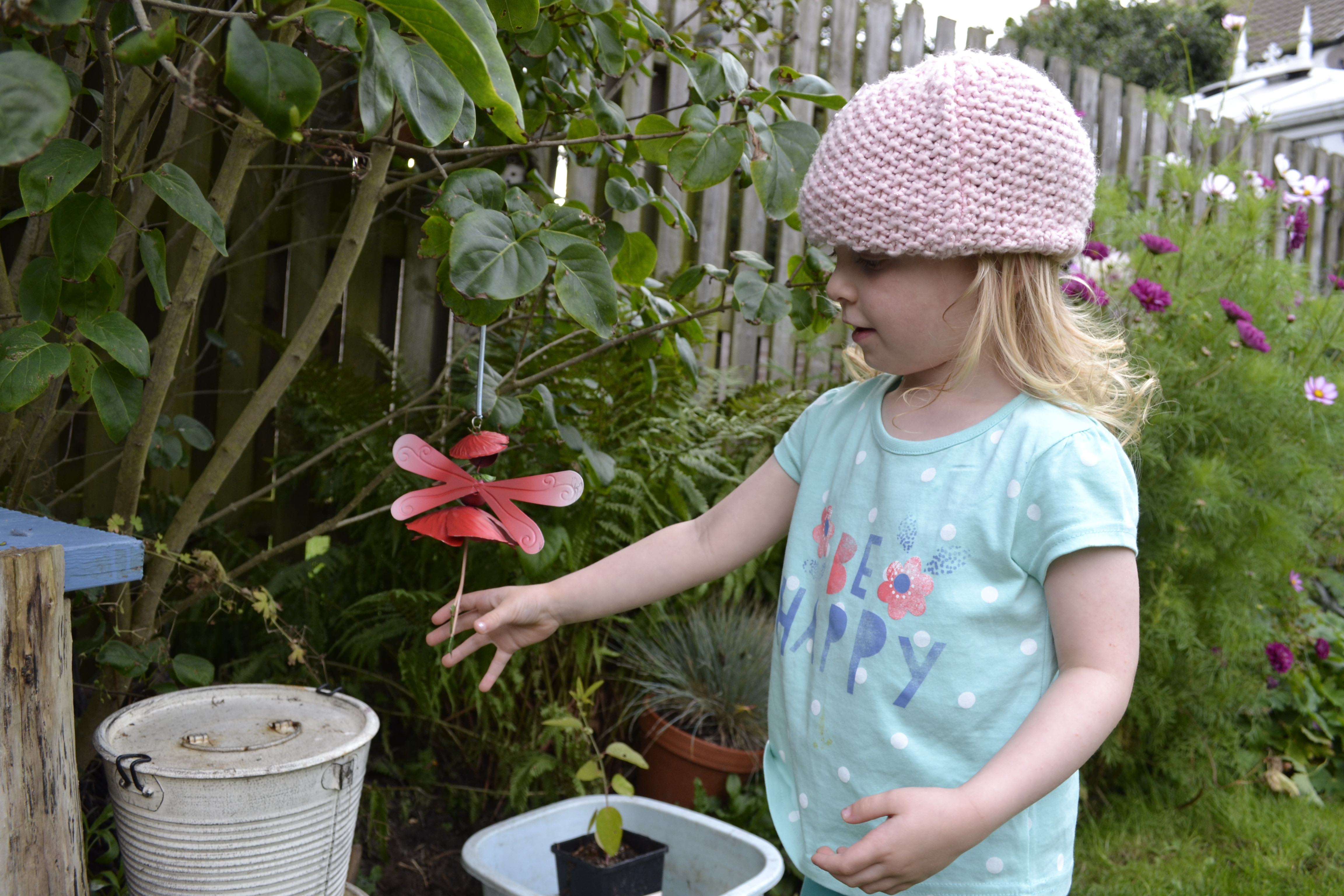 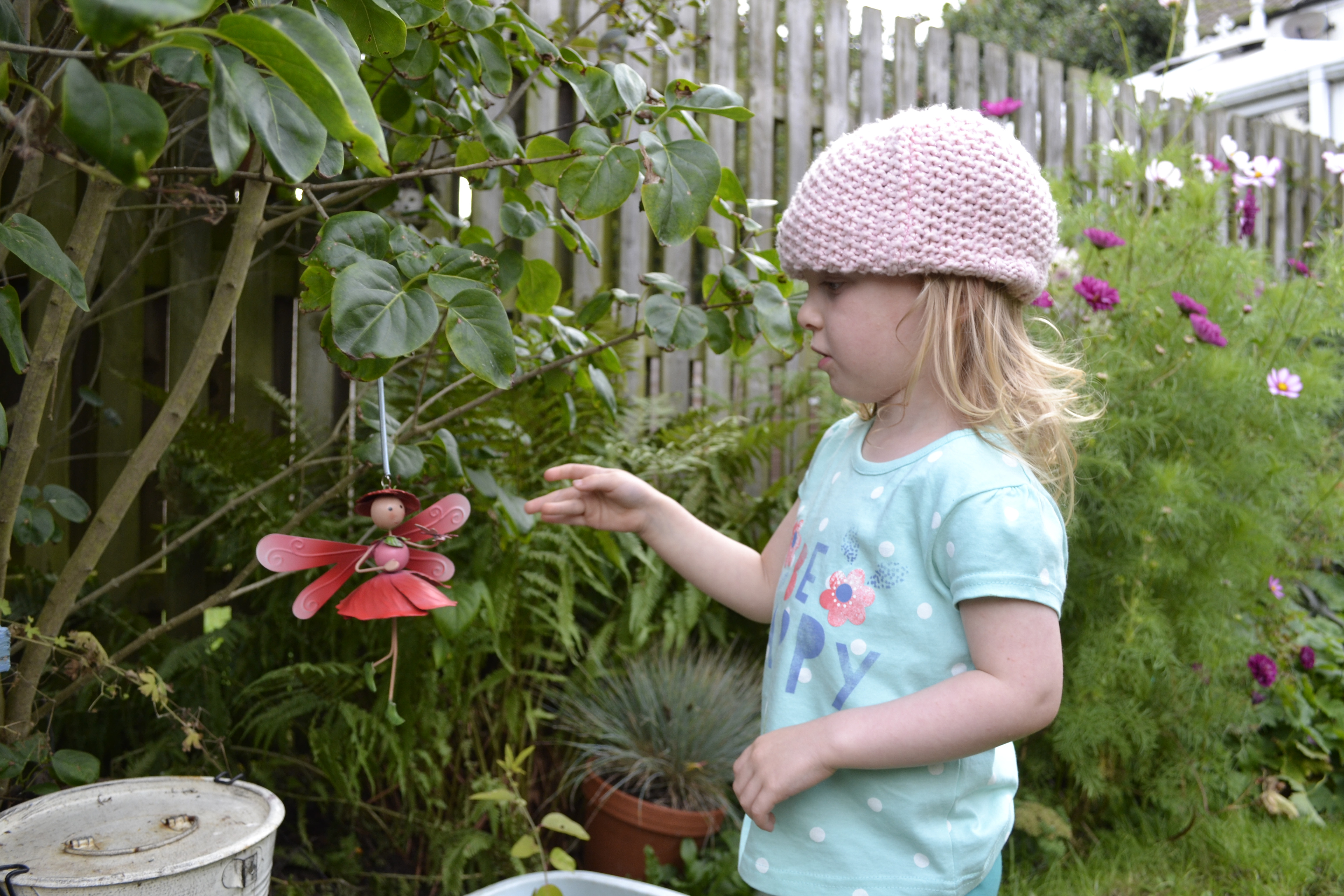 This is the second flowering of the yellow rose this year and has become one of my favourites for its colour progression from bright flame buds to buttery flowers. 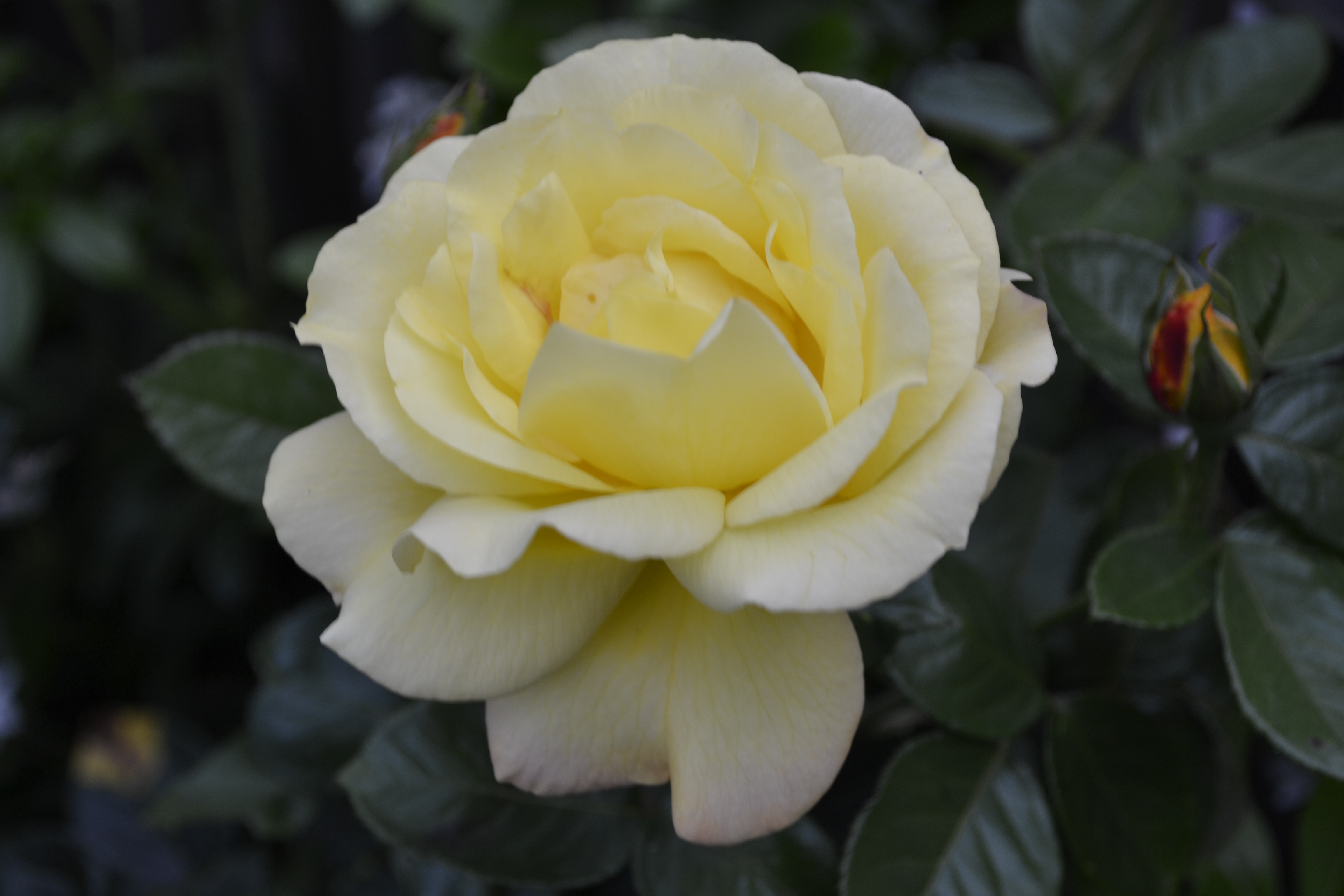 I’m off out for the day. Going to try and pop into the wildlife photographer of the year exhibit while I’m in Beverley. So I’ll catch up on everyone else’s six on Saturday blog later on.