Another week goes by and we are starting the slide down into Autumn. The weather is shifting. That said there is still plenty of colour in the garden. Last year I had several seasonal gaps but I seem to have managed better shifts between different flowers ending and starting this year. So onwards with this weeks Six on Saturday.

This year has seen a lot of butterflies in the garden. I don’t actually have a mass number of butterfly favourite flowers in the garden. The verbena is always popular but on the whole, I have more for bees so it has been good to see several species new to the garden this year. The small and large whites have been regular visitors but I think I’ve had them in larger numbers this year. I’ve found them one of the worst to photograph though as they don’t stay still so I was happy with these two shots where they’ve settled long enough to focus. 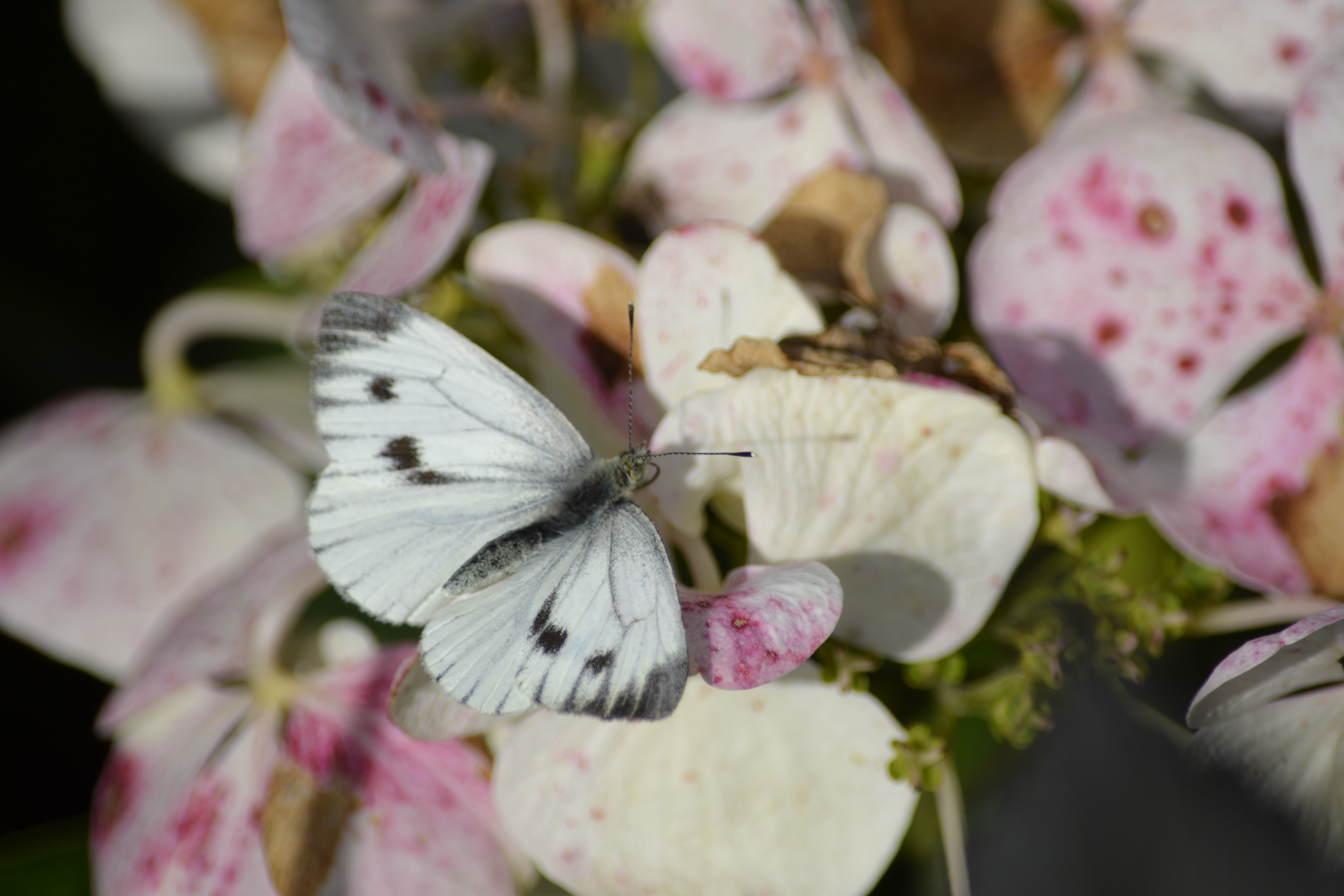 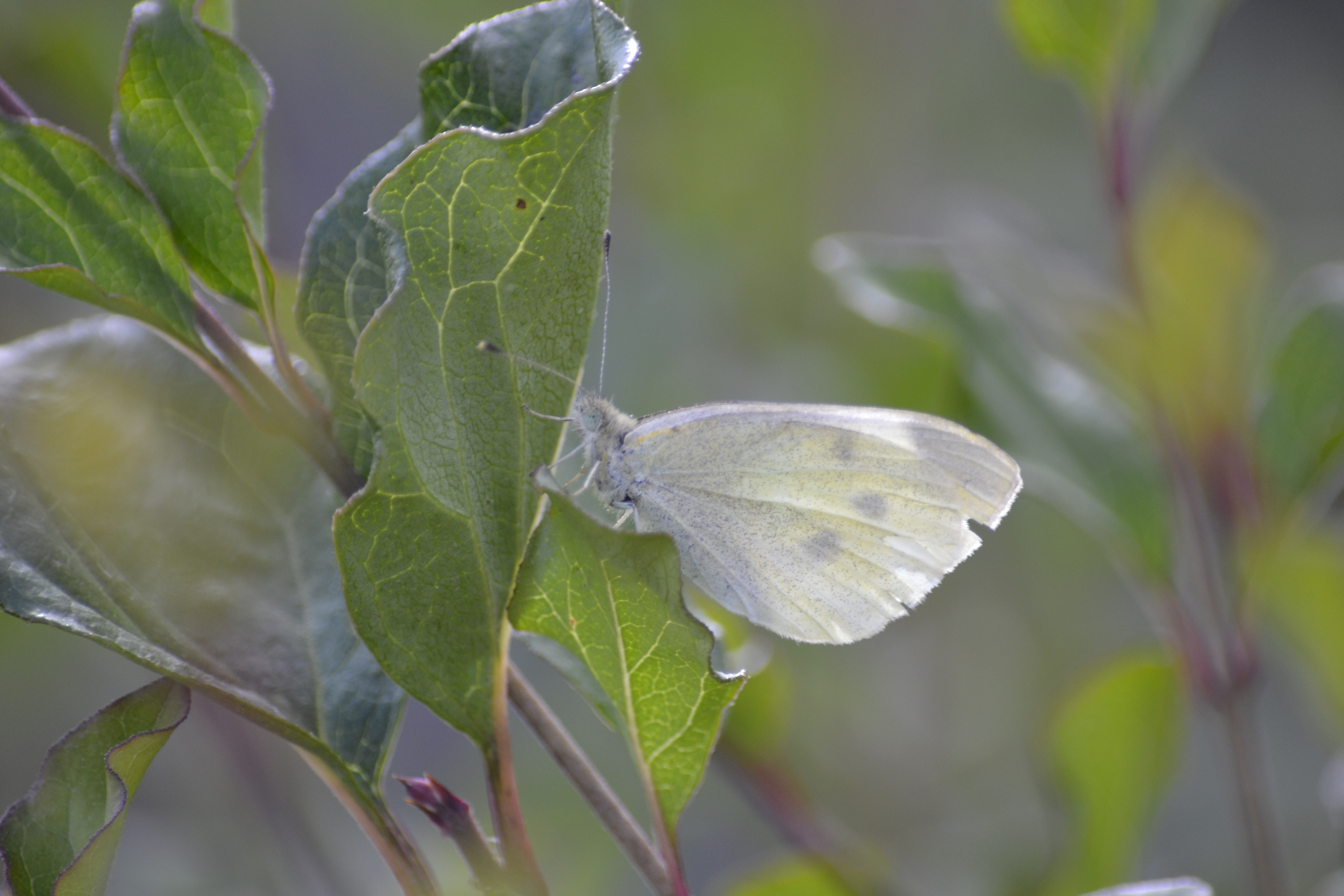 Last week Alice worked on her fairy garden. This week she has built up her patio area with a dinosaur garden. She found this dinosaur at the beach. The shards of rock I’ve had laying around for a while and I’ve been intending to use in a succulent planter but they suit this well. The dwarf conifer I’ve had in a pot for a while not really doing much so it’d found a purpose. 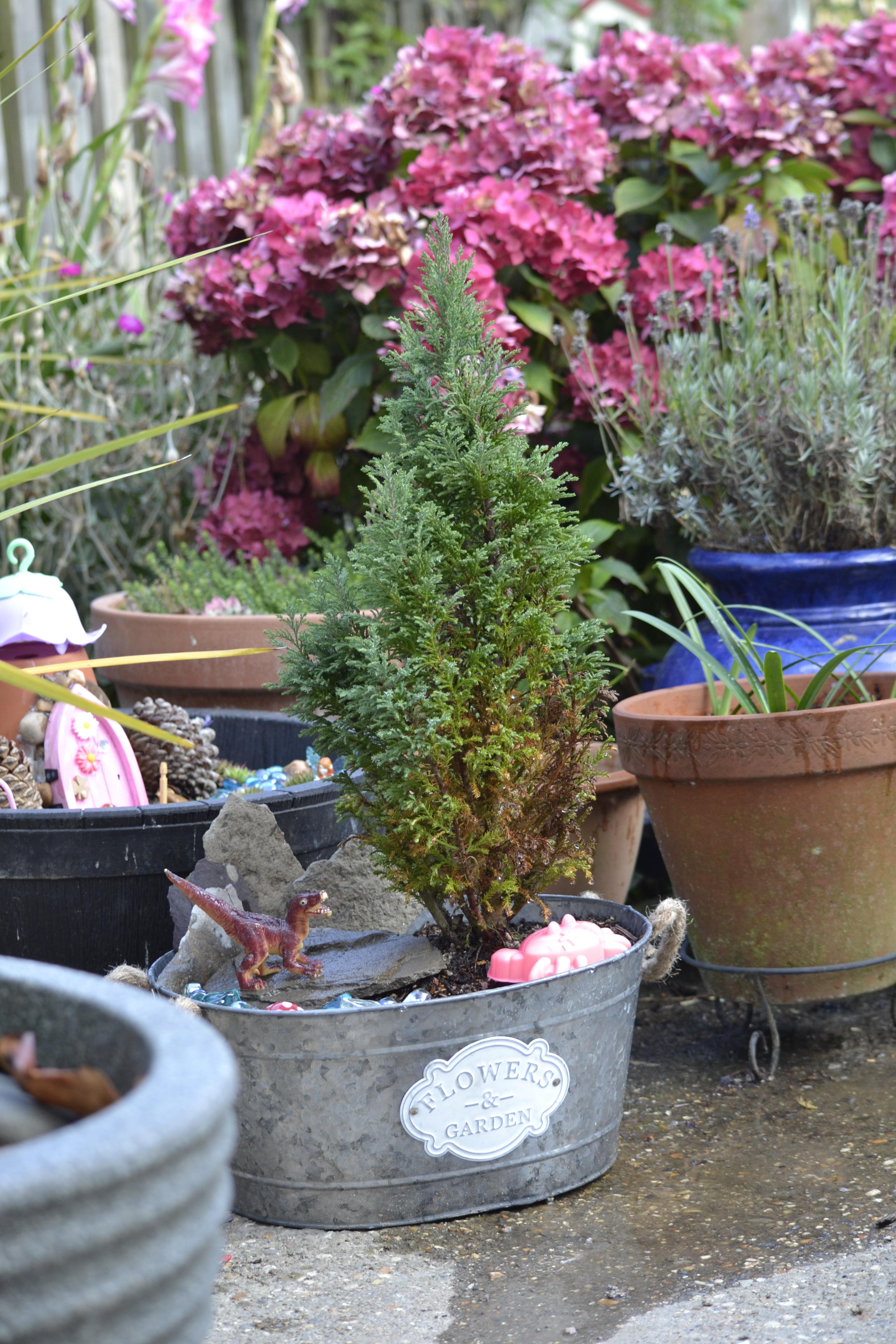 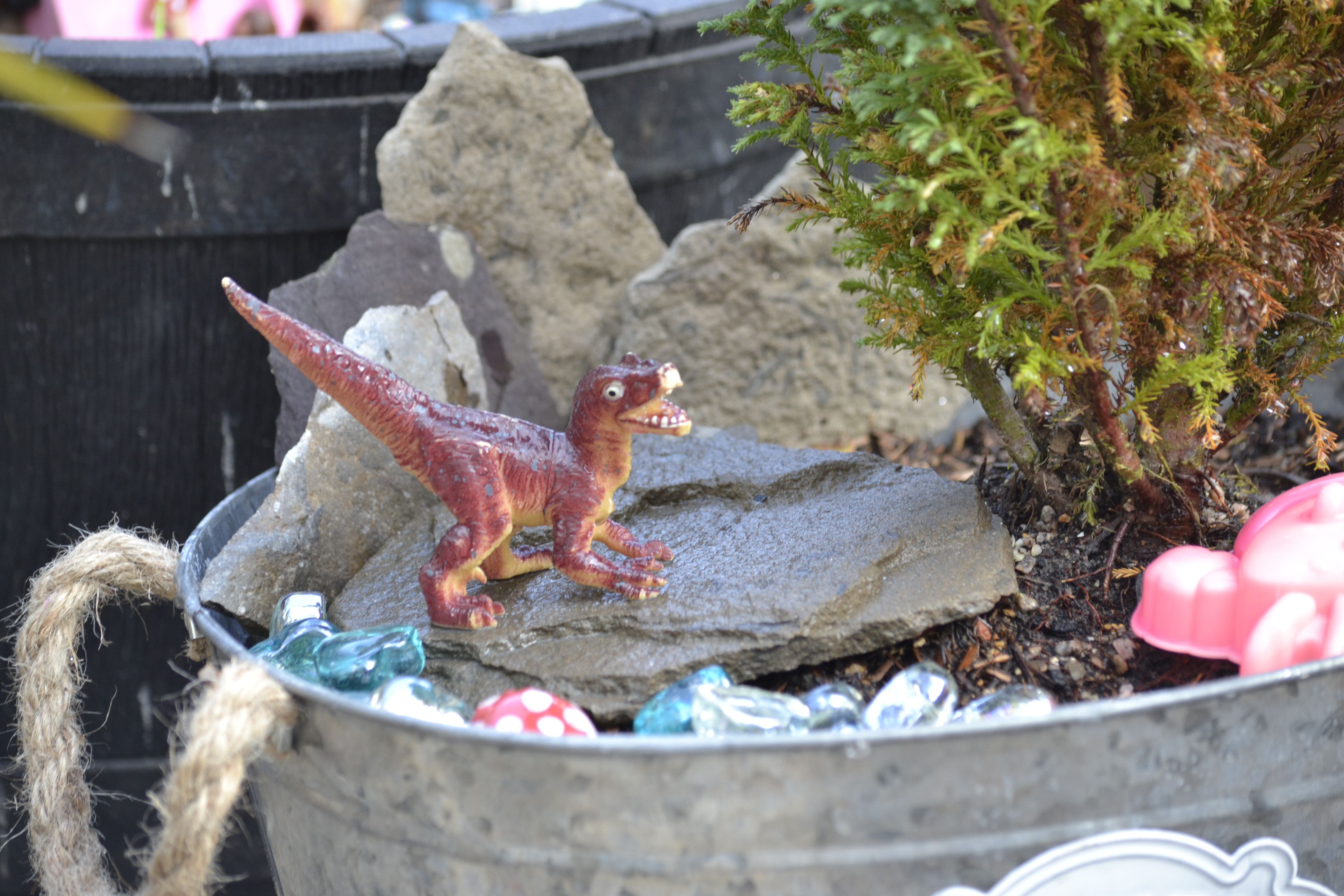 I walked past a church sale last week of pure tat but they also had some plants for sale at 50p each. So I filled my bags with as many hostas as I could carry. 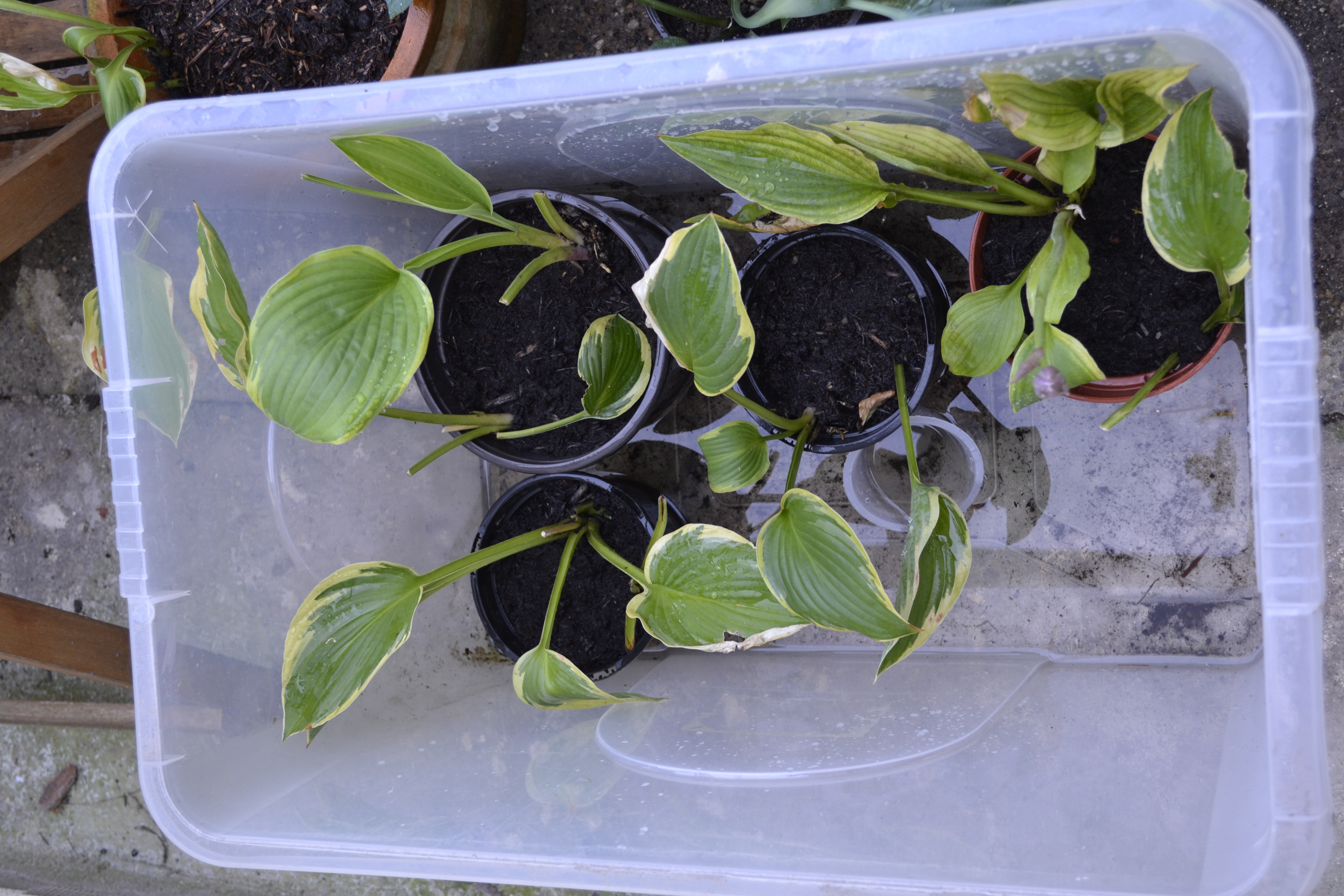 These are probably going to be used for pots on the patio. I’ve potted a few up along with some I’ve had sat in their plastic pots for a while. From left to right the twisty foliage is dream weaver, then a blue leaved halcyon at the back, fortuneii at the front with the nibbled leaves, one of the church sales at the back, then blue mouse ears at the end. I’m thinking if use these for the patio it will link some of the front and back garden planting with lots of the same plants repeated throughout. I’m considering some bulbs around the pot edges for the start of the year. Maybe dwarf irises or Muscari that will die down as the hostas come back up. 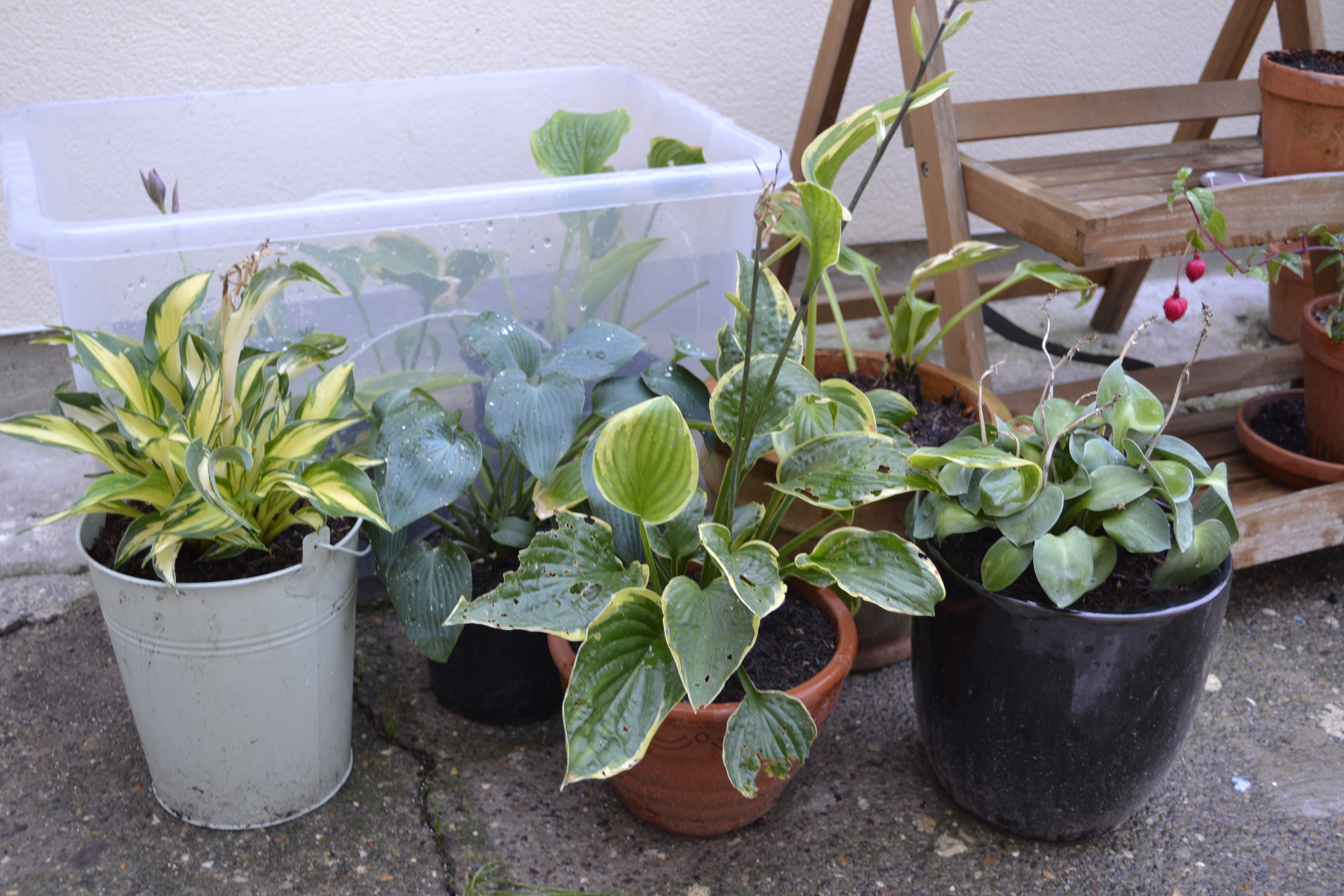 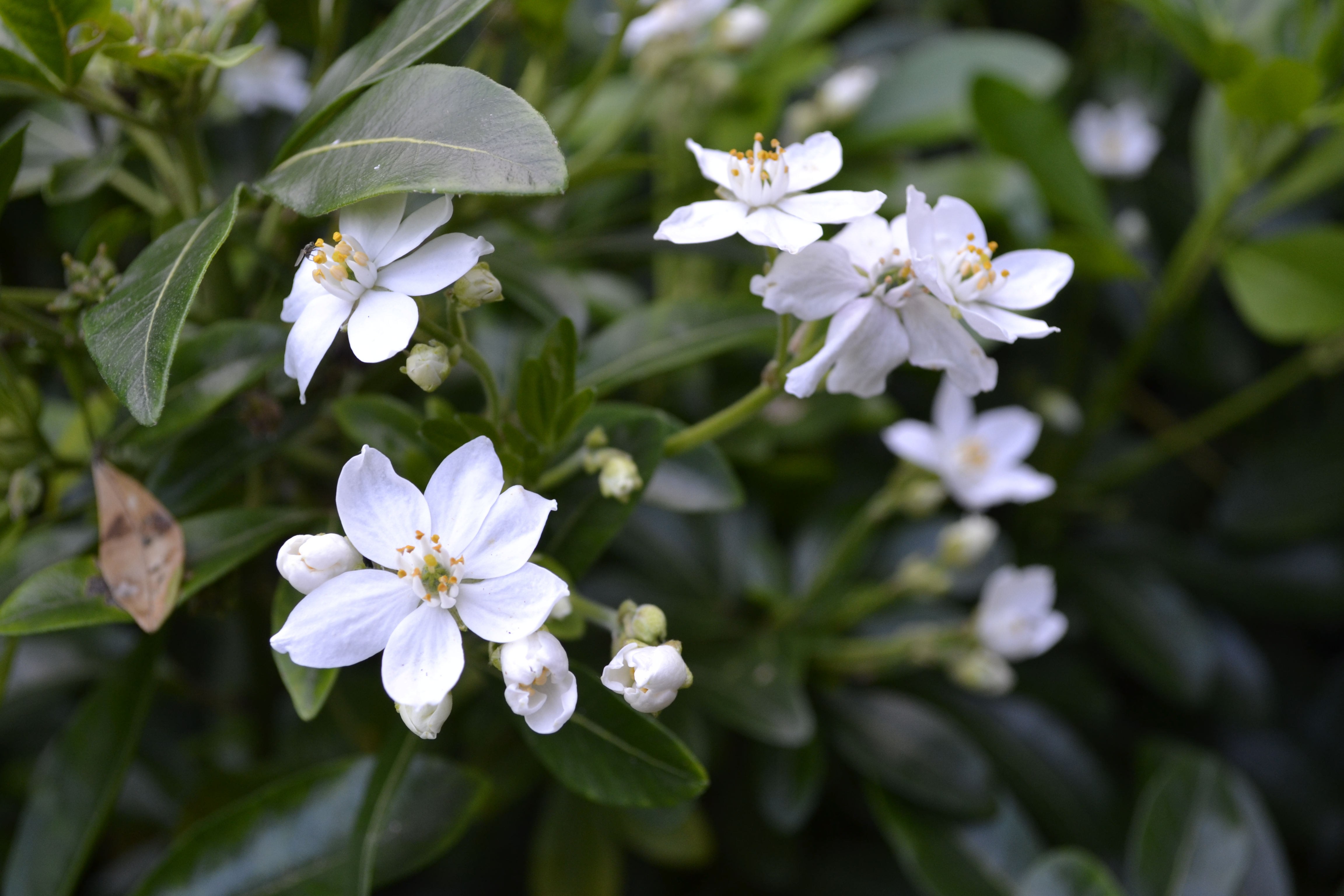 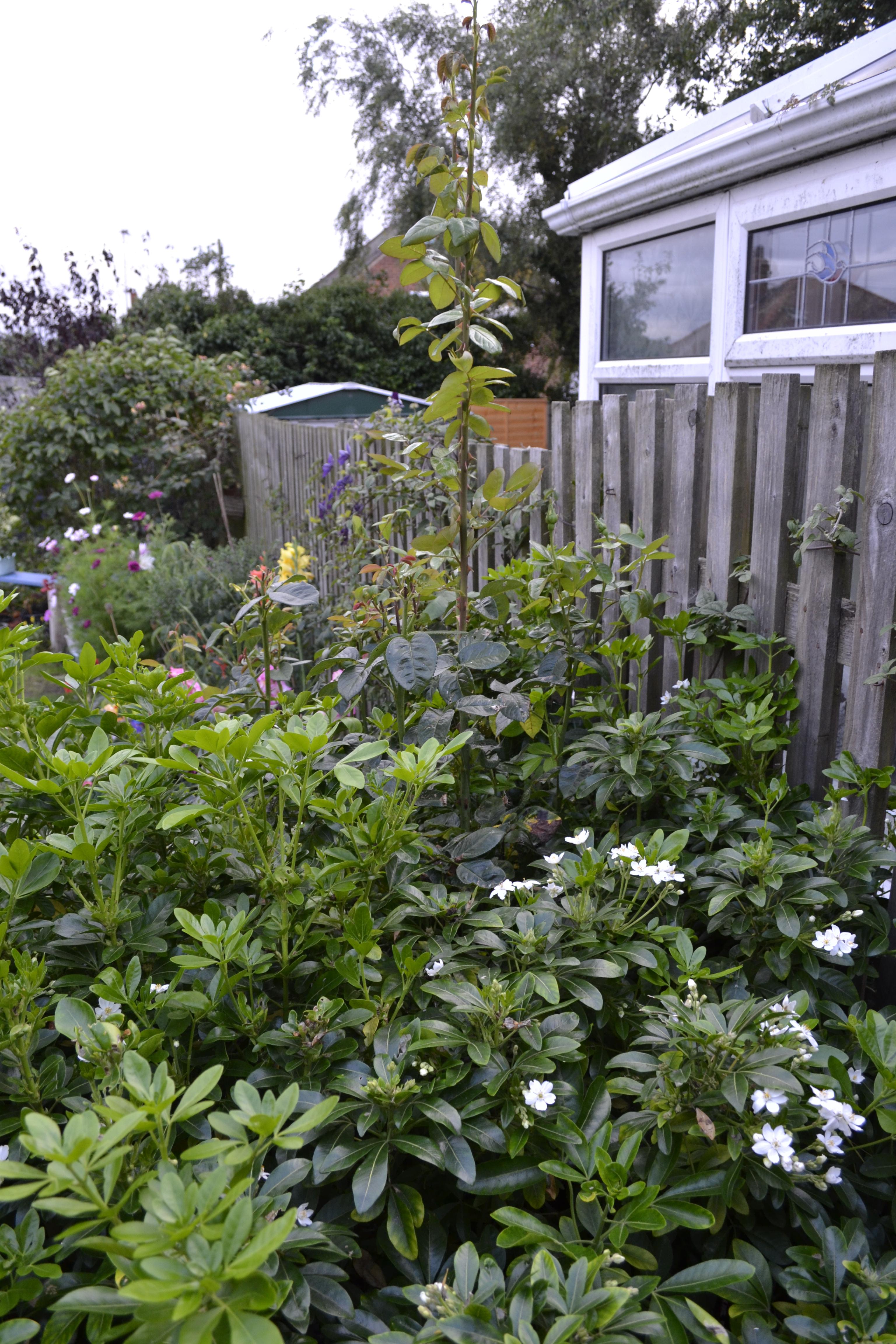 The nights are starting to draw in earlier. While I may well be glum about the lost time in the garden I’ve found some advantages. Sitting in our little new extension room I’ve found my garden seems to draw in the bats for the early evening. I can sit on the sofa and they are swooping right up to the windows. Wonderful to watch! 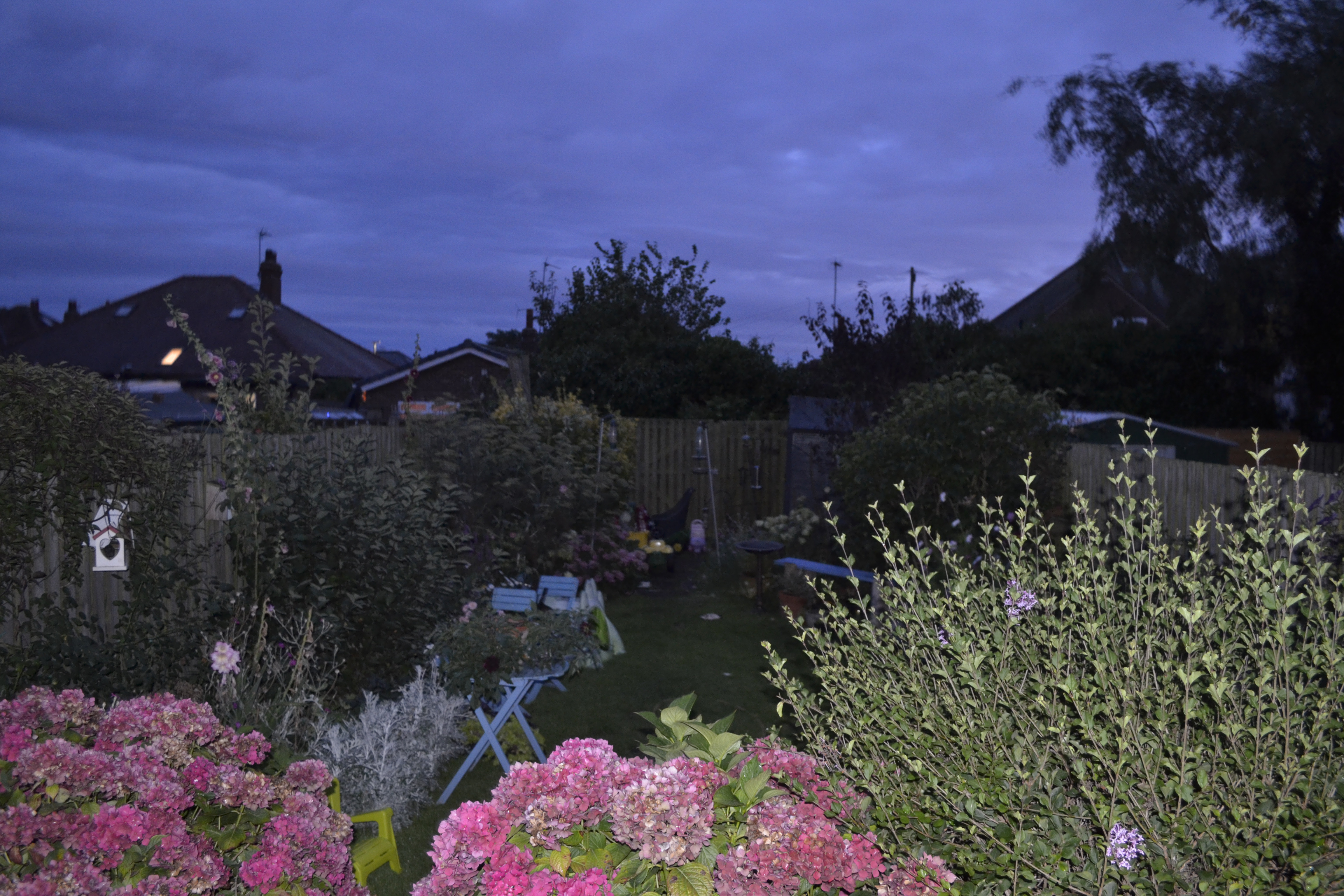 I bought this tuber from Thompson and Morgan. It was meant to be Rebecca’s world which is red and white. While Alice switched some labels and I don’t think she did with this one. But even is she did this doesn’t look like any I ordered as I went with almost all dark options. That said it is a stunner. The buds have a rich purple edging before it opens as a large white flower. The purple has gradually faded to pure white. 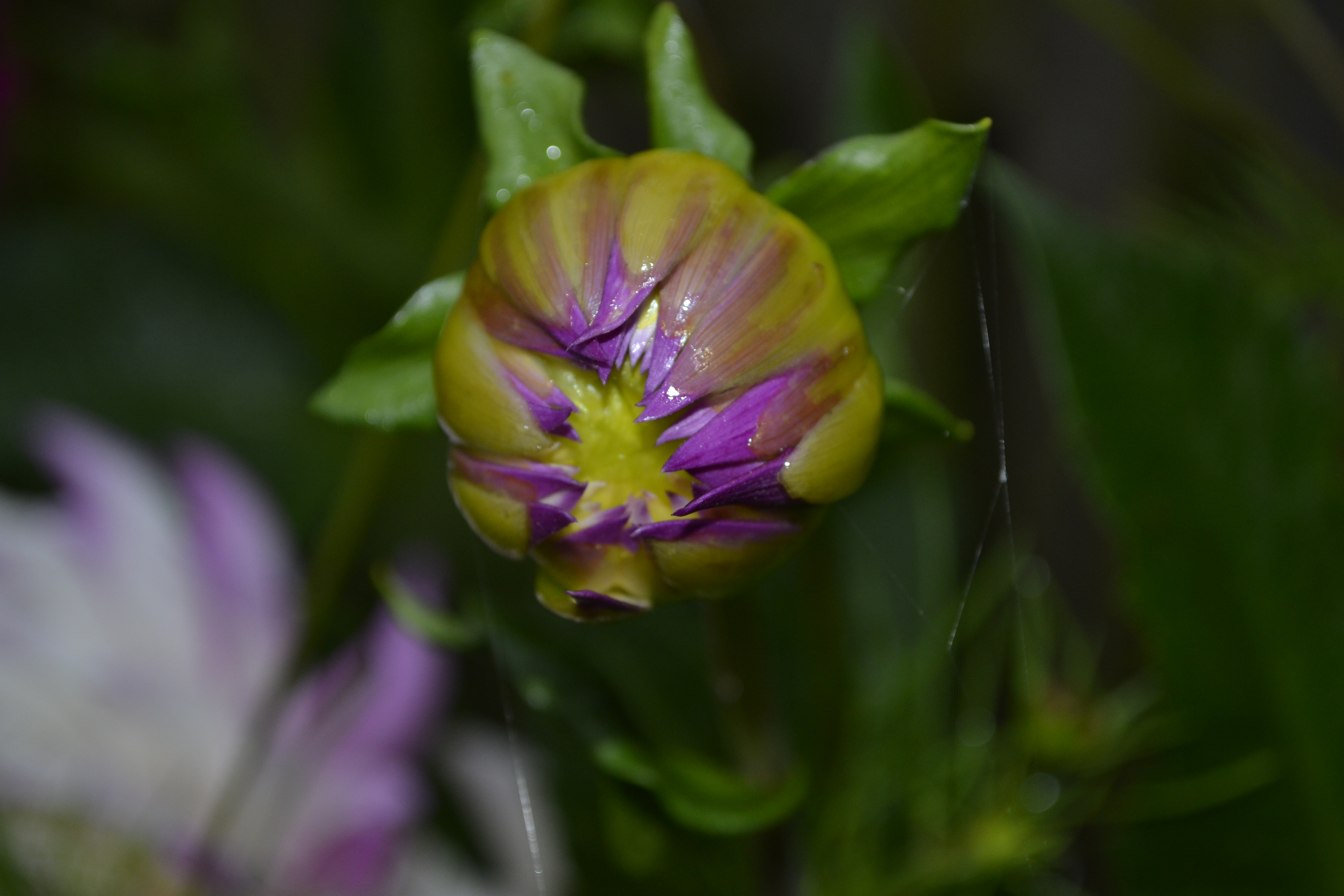 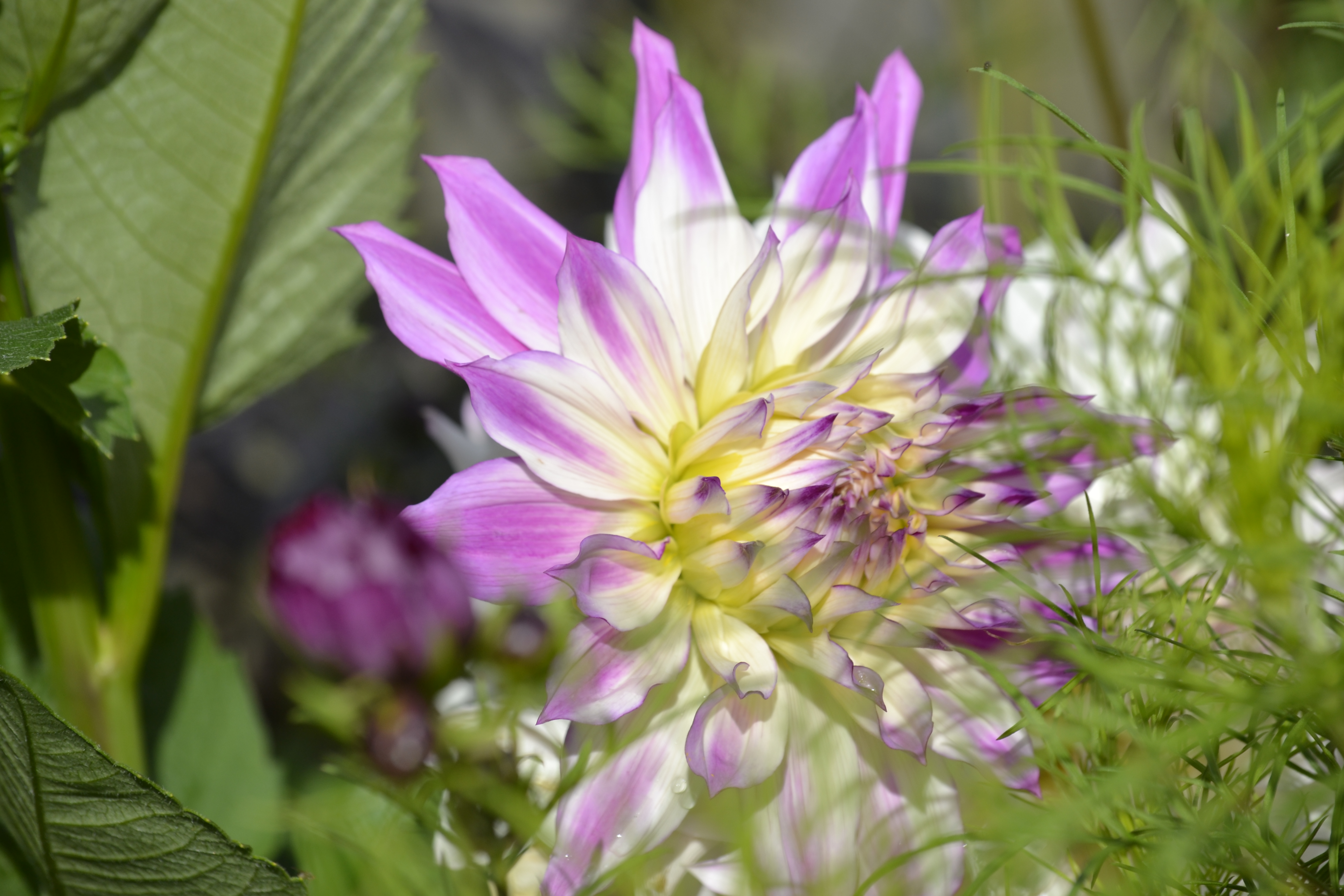 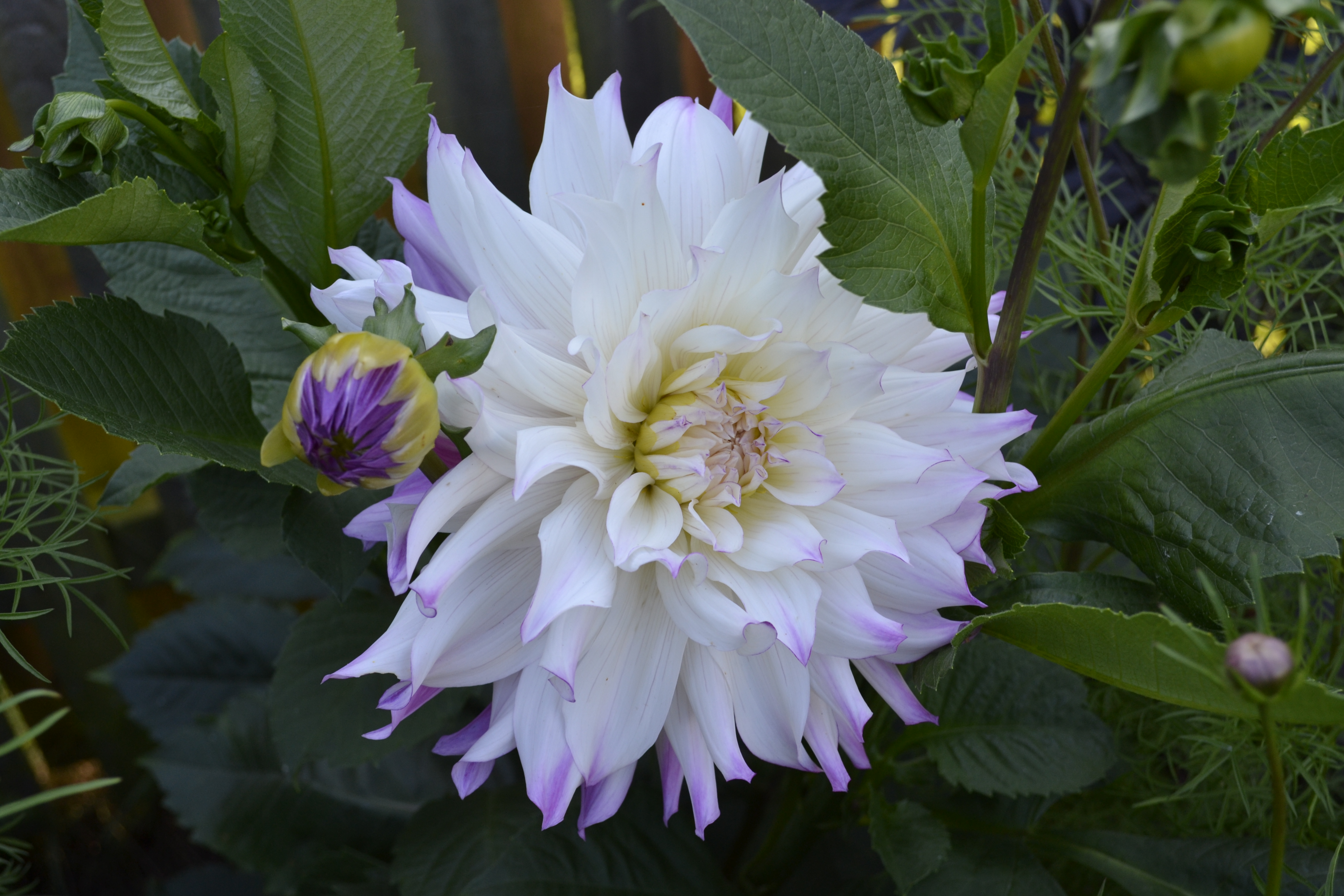 It looks like I still have a few more weeks of colour coming through but things are definitely on the wane. I’m pretty tired after my first week back at work. I’ve changed year groups at school and getting to grips with new routines. Luckily the little helper has been to hand to keep on top of the watering. Enjoy your weekends. 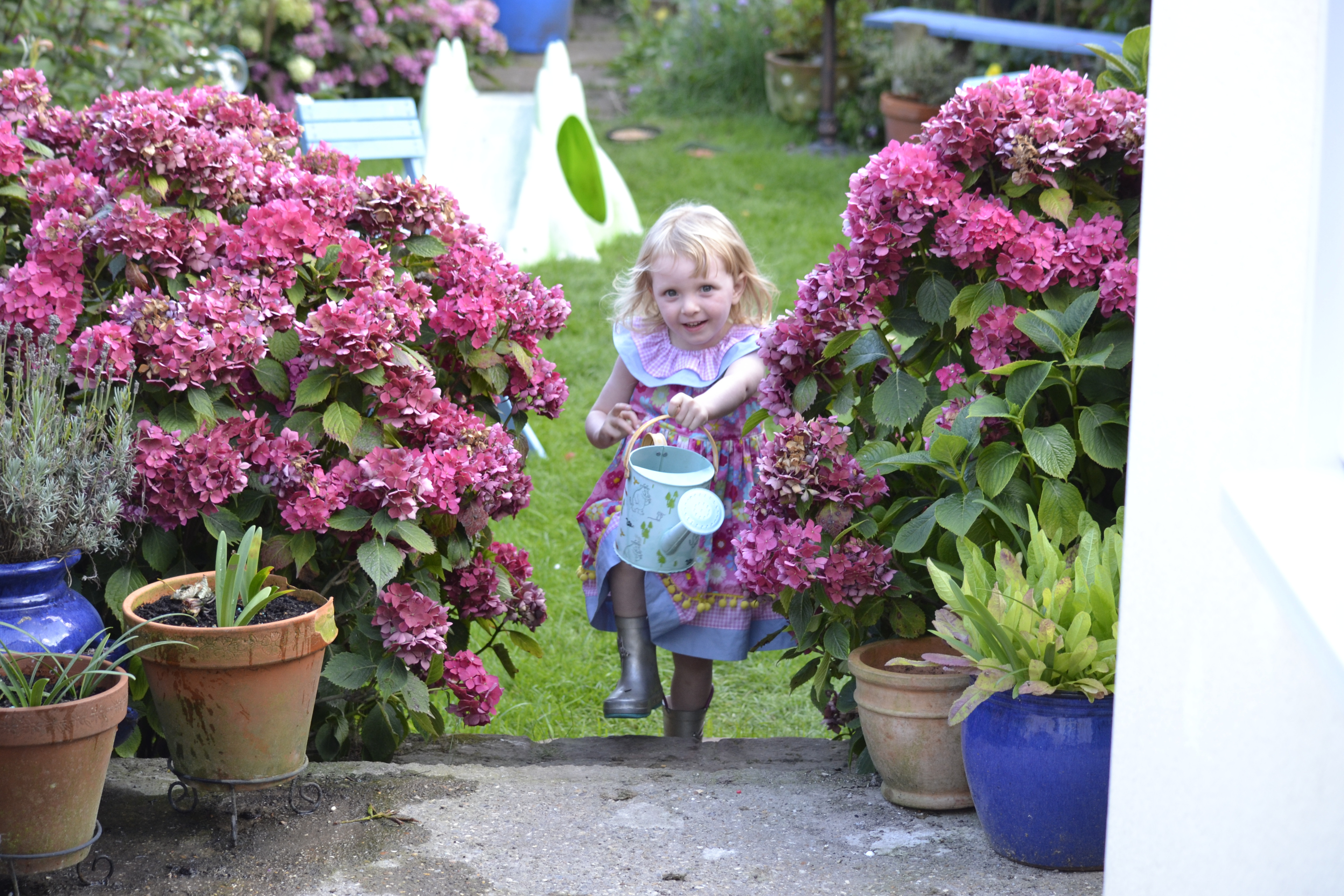