It’s almost the end of my Summer holiday and I’ve made good progress with the front garden. The front border is gradually filling up and the plants will fill out over the next year. The back garden has been neglected a bit but the dahlias and zinnias have filled this late Summer period well. I’m gradually building up to having a good level of seasonal interest throughout the year.

I’m not that keen on these gladioli and pulled a lot out last year but obviously didn’t get them all. They were bought as a cheap mix. They have reliably flowered each year and come out in the blousiest colours. They do add some late Summer colour which I appreciate, but I’d like more definite stronger colours. 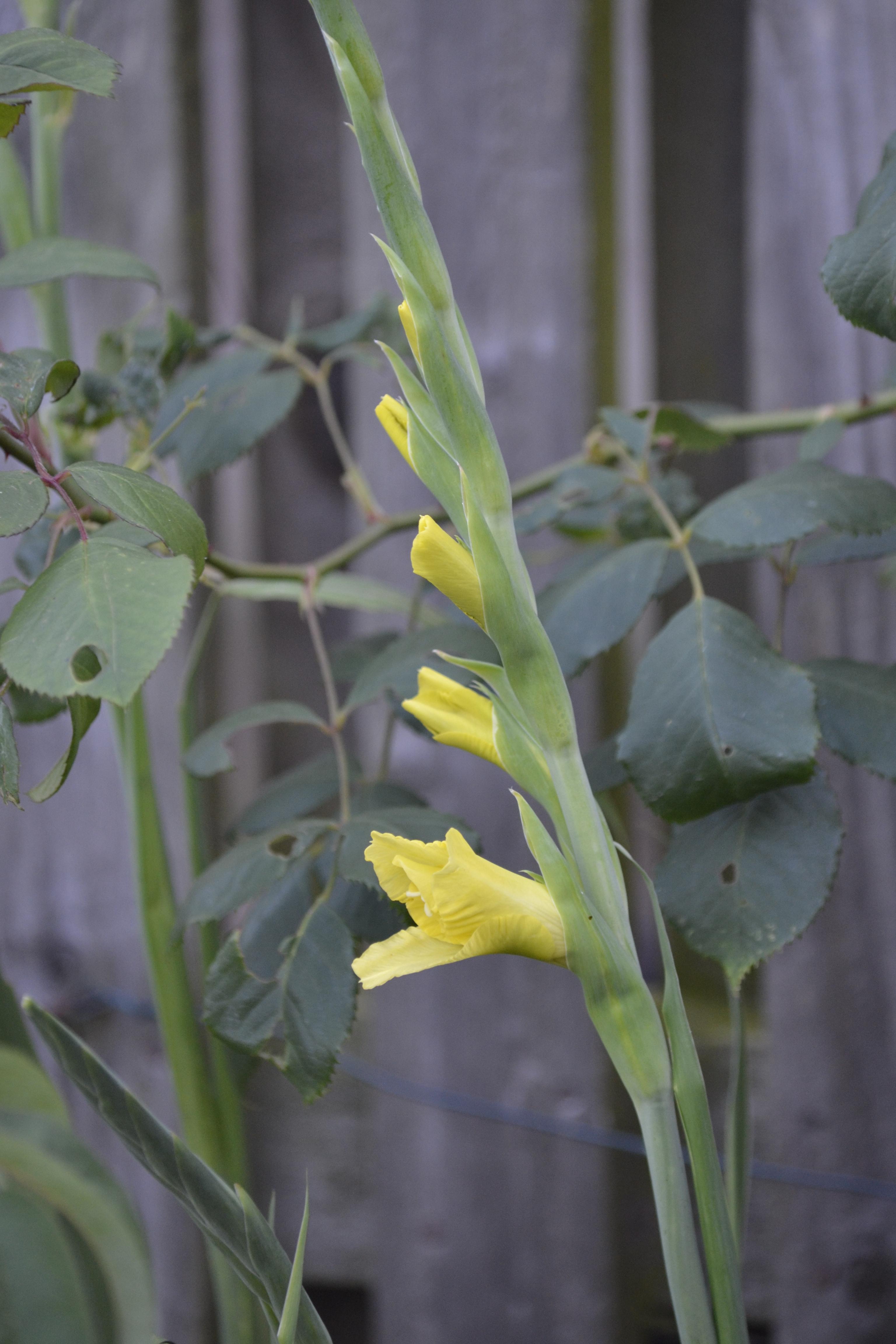 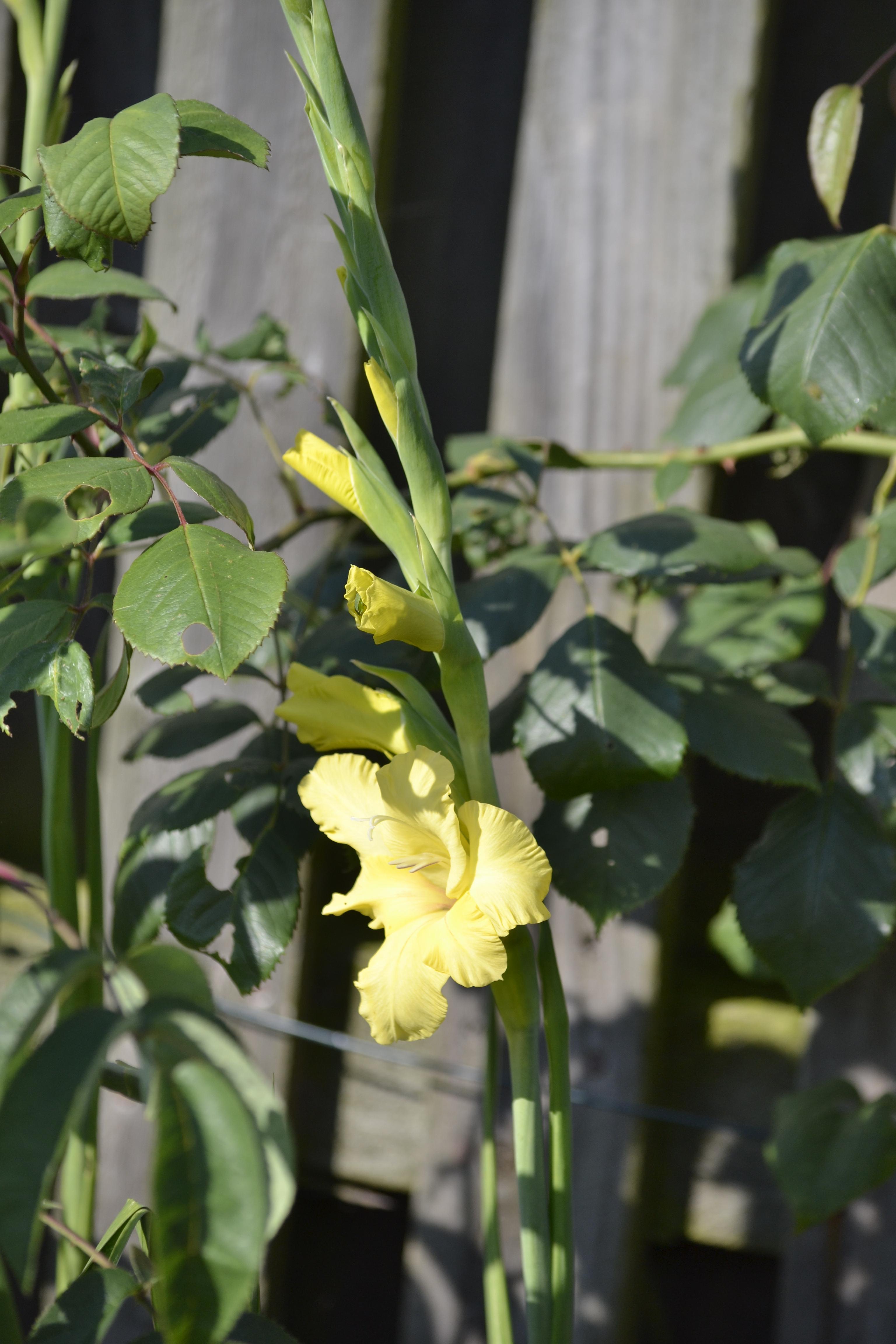 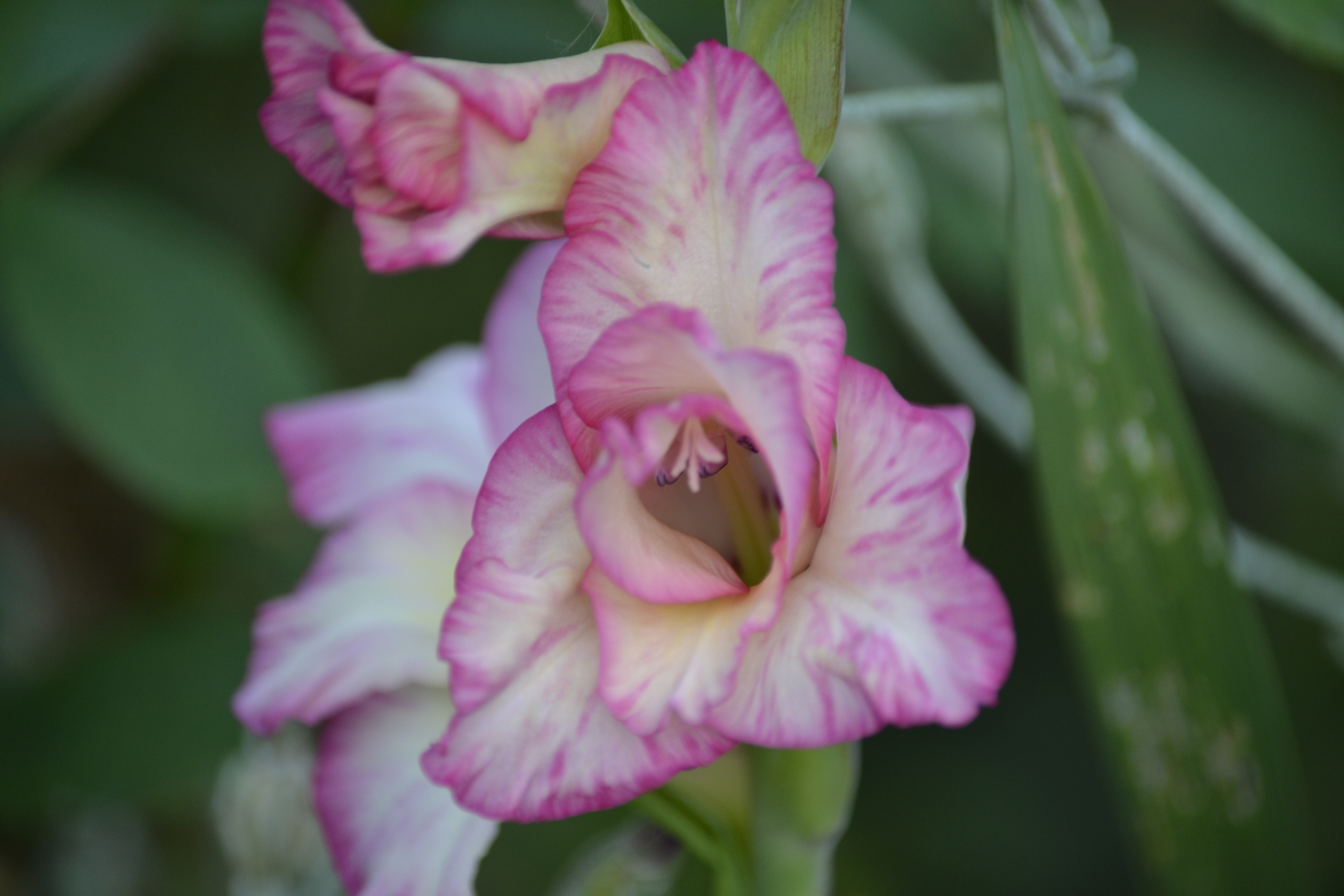 These are next doors but they flop over Alice’s mud kitchen nicely. They come back each year and so long as I keep cutting they’ll keep flowering for a while. I didn’t manage to grow my own this year as we were limited for space for seed trays with the building work going on. These partially make up for it. 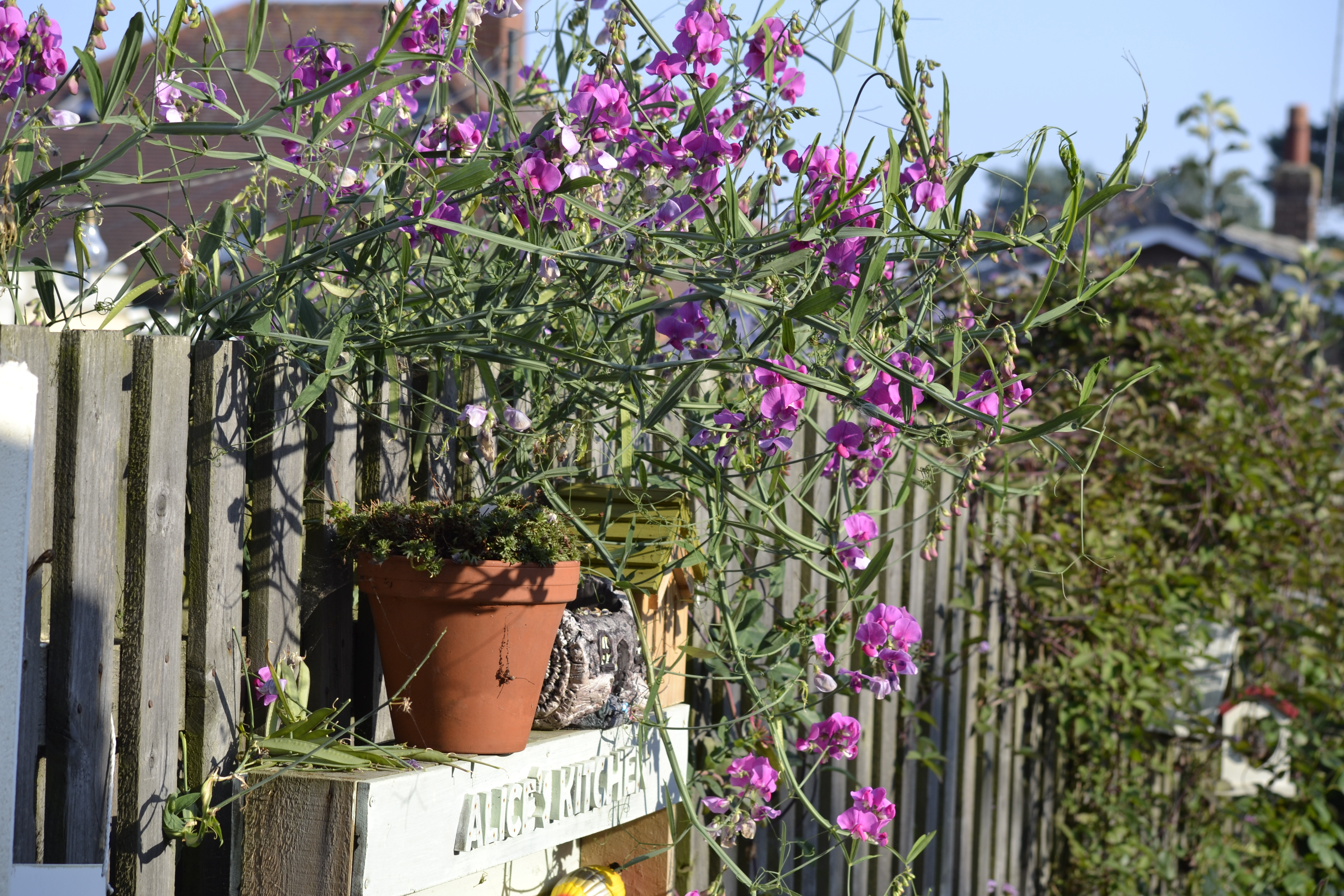 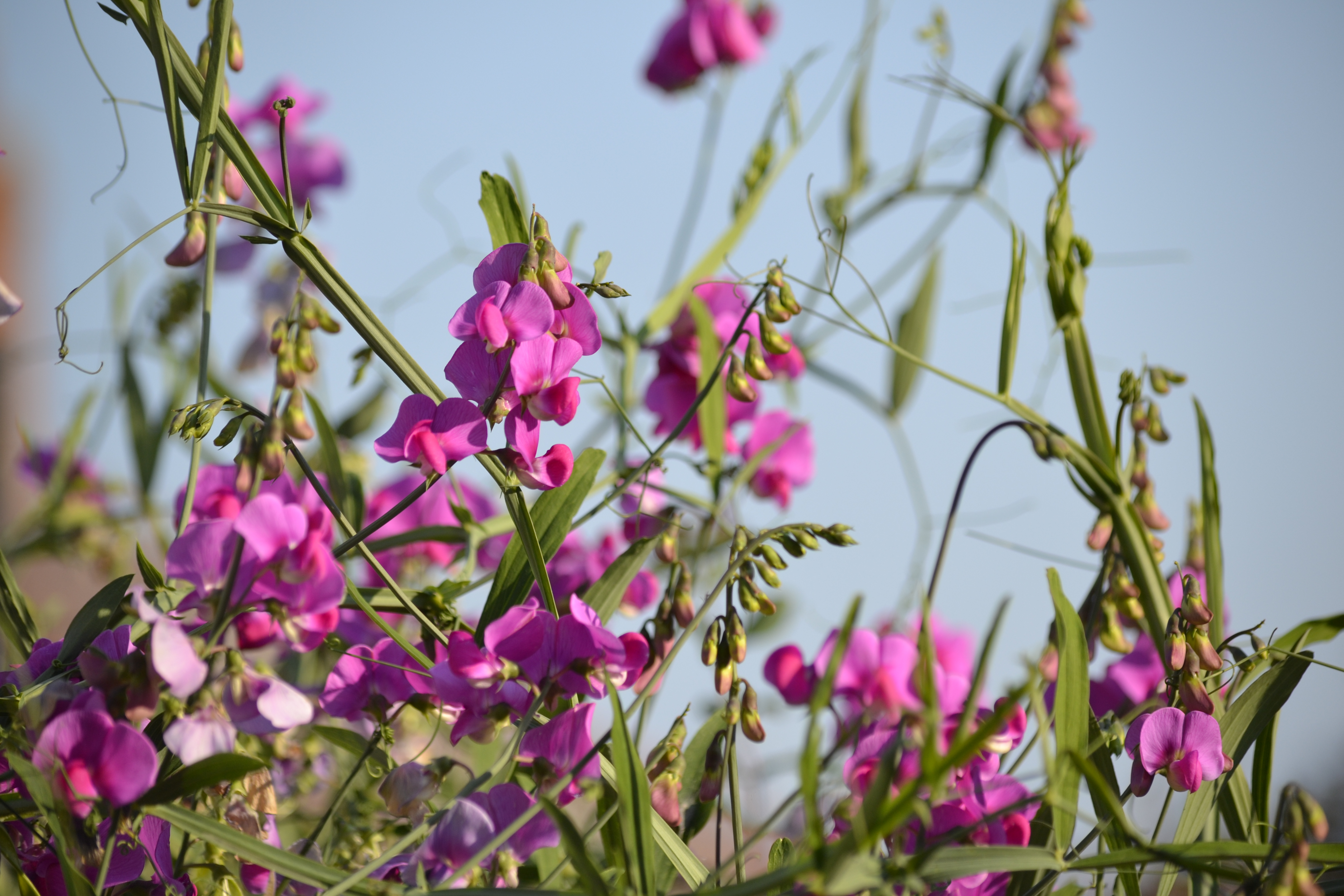 I got criticised last week for not including my little star, so she’s back. She has been working on her fairy pot displays currently. She is rapidly becoming very girly. Everything has become all about the unicorns or the mermaids. She bought a fairy kit for her birthday a while back now. It came with grass seed which rapidly grew out of control and I have enough grass to cut without mowing the fairies lawn too. So the dying grass has come out to be replaced with sempervivums. I drilled a few holes but I’m not sure it has good enough drainage so we’ll see how it lasts but won’t look worse than the grass. 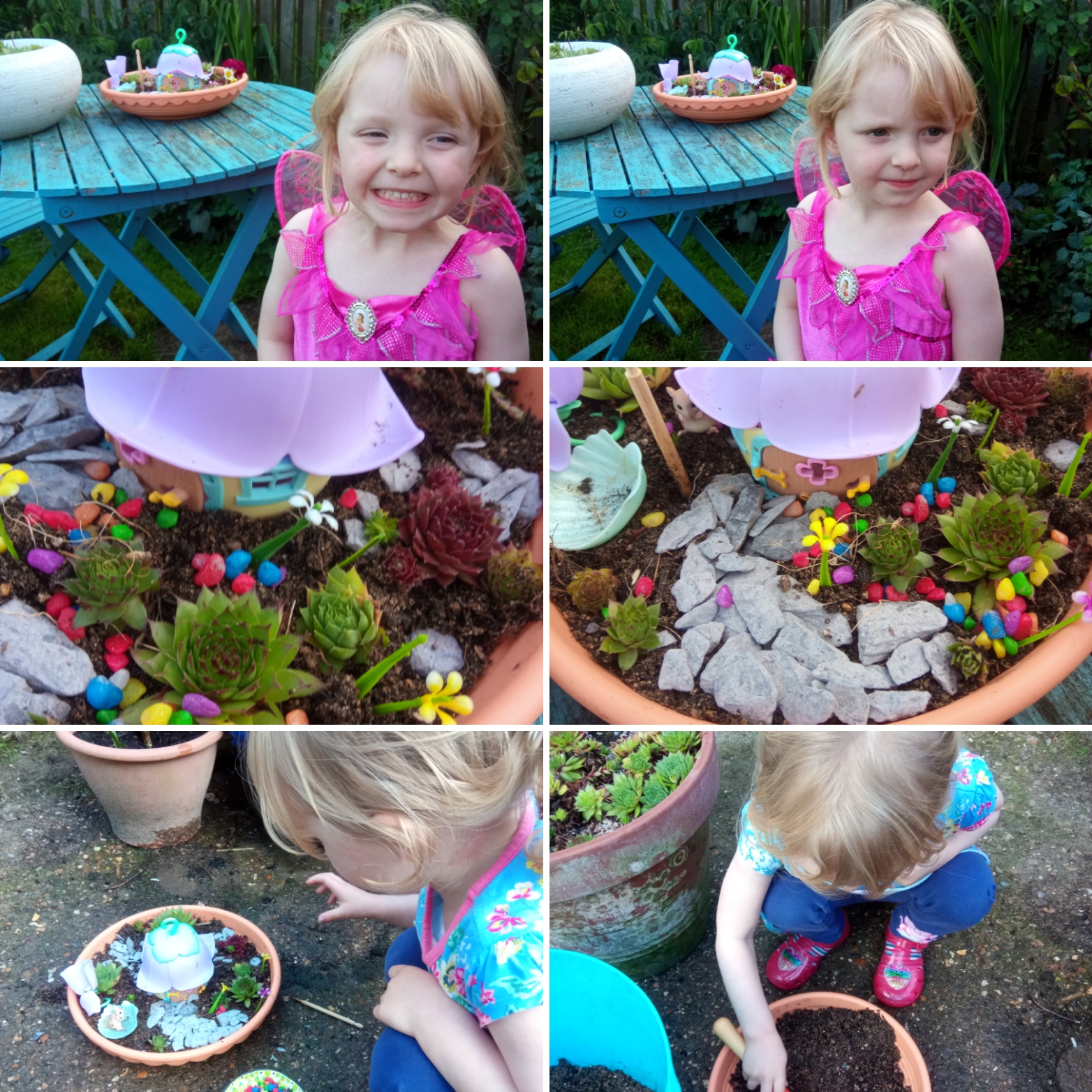 She then got a new fairy kit this week. She decided she wanted it the brightest pink in the pack. This one came from the Irish Fairy Door company. It’s a nice little kit with the door, paint, felt-tips and colouring book and special key. We only paid £4 for it though whereas it’s £16 online. 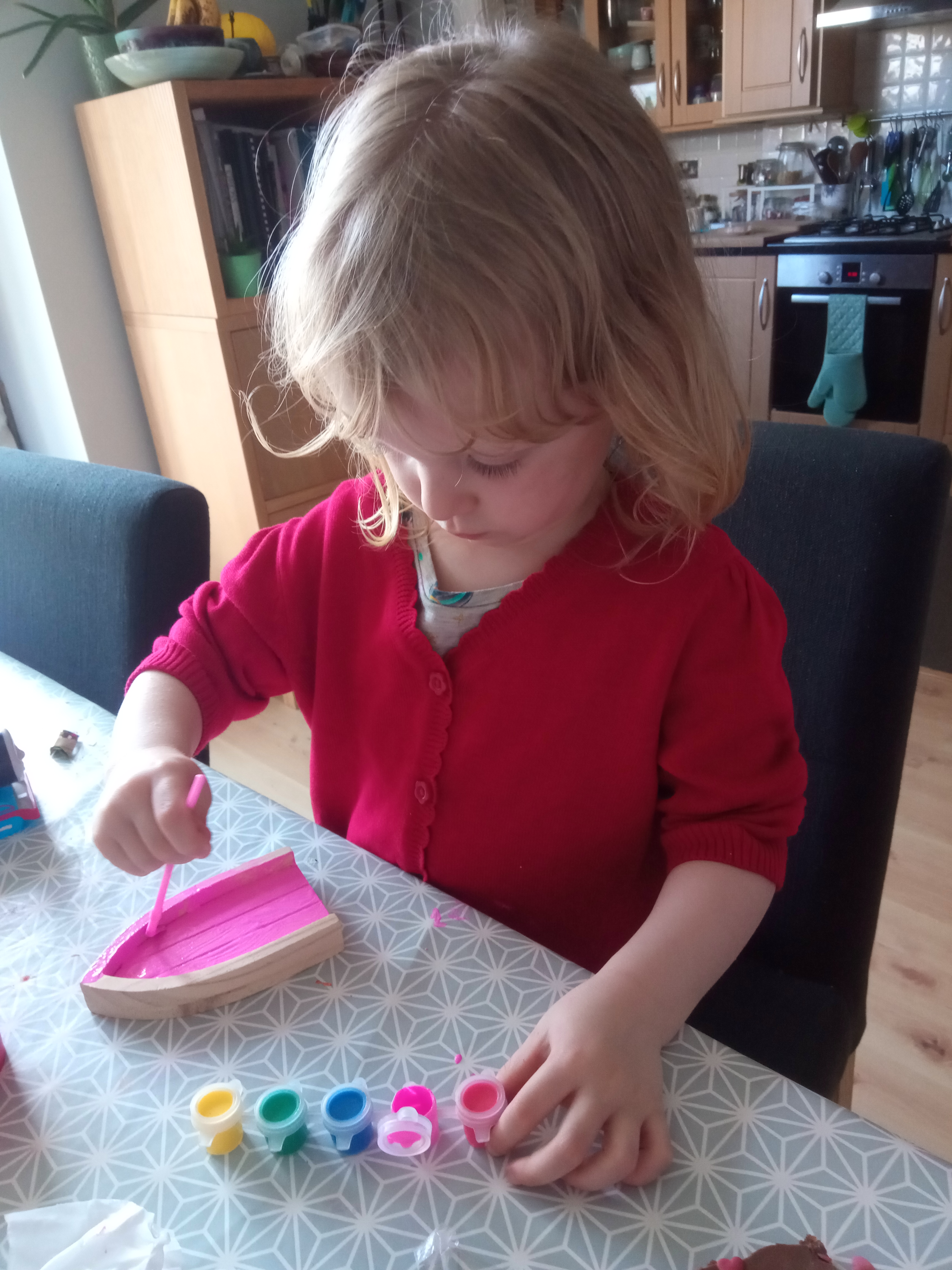 Then we glue gunned it to a pot and added stones around the door and she has set it up within a bucket planter. All her found objects have been put in. Acorns, conkers and pine cones. So it may have some odd seedlings in a few months. Then we put a few more sempervivums for flowers dotted around. 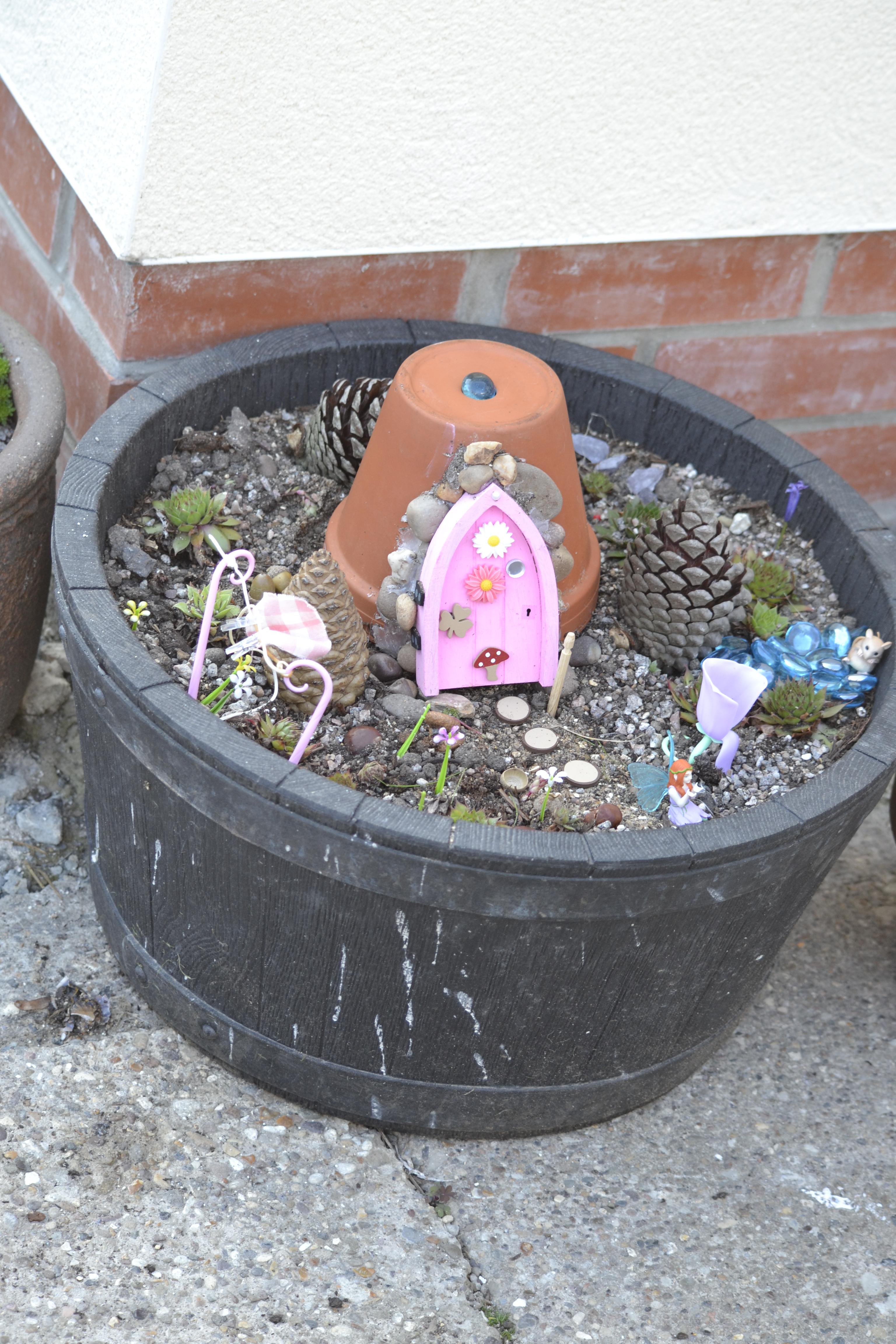 We also made it to garden village in Hull this week to see the fairy doors. Alice found her name along the avenue of trees. 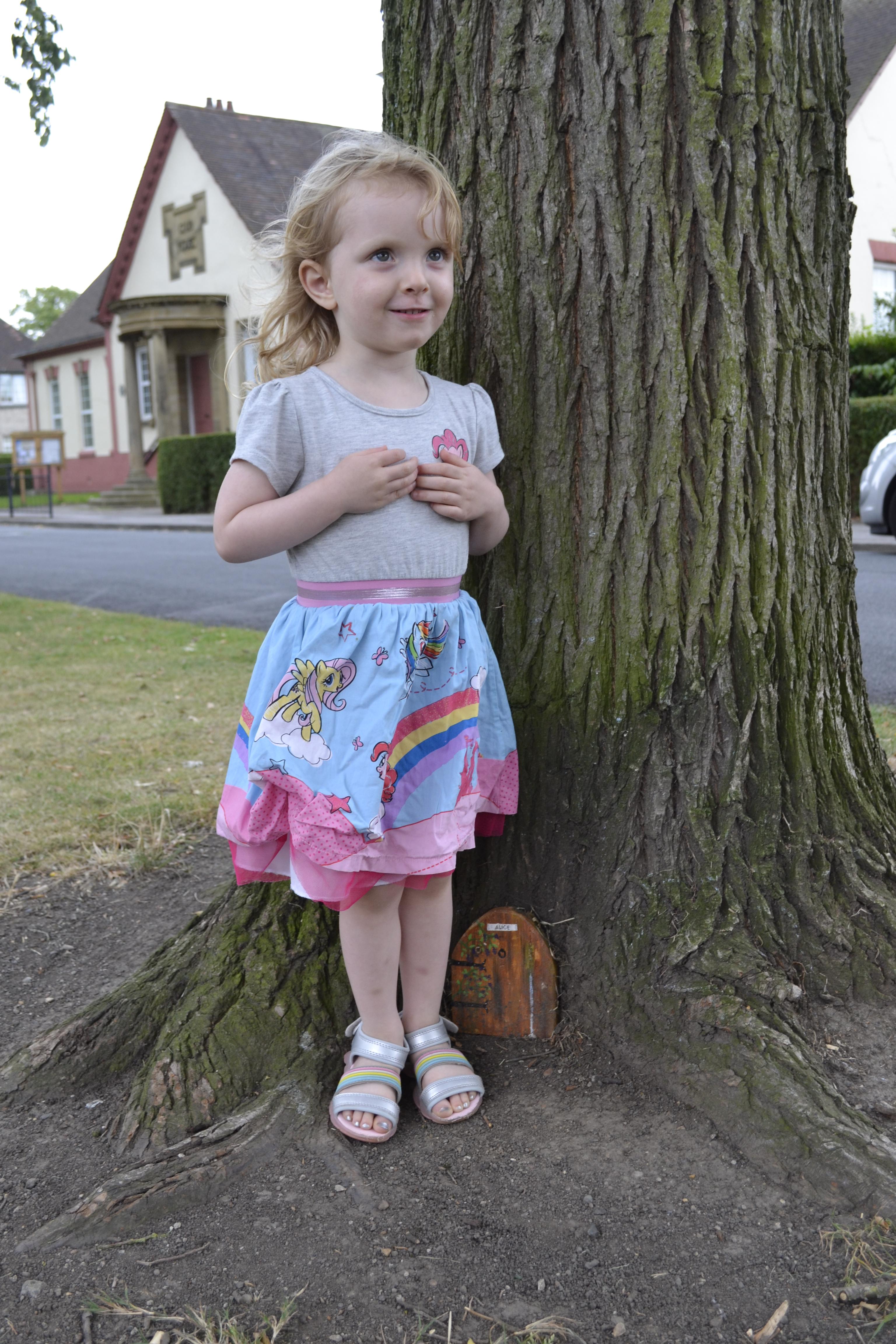 And she got a ceramic toadstool to add to her garden. 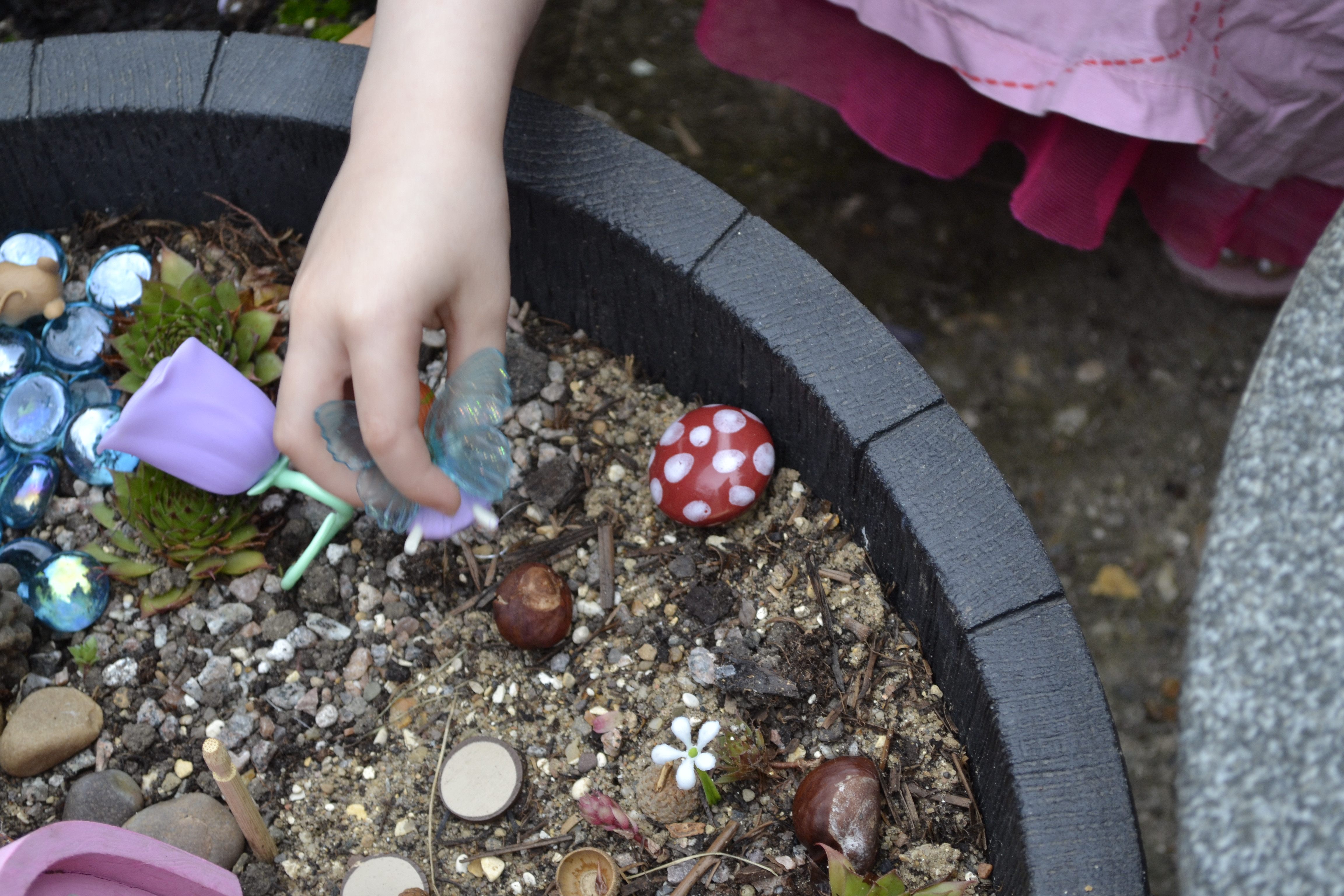 Part of my parents garden is being dug out for an extension. They kindly offered it to me. It is quite a beast. At about a metre heigh and similar spread, it took some digging. If I’m doing any more plant removing I need to remember my own tools. Spades are meant to be cutting tools not bludgeoning tools. For future reference here is a video on how to sharpen tools parents. I have been spoiled for nice tools over the last few birthdays and Christmas so have got used to top-notch tools. Though I do appreciate the fern it is looking grand in a shaded spot next to the lilac where little has thrived. I think it is probably some form of Dryopteris and will need well watering in for a while as this isn’t really the ideal time to be moving a plant of this size. 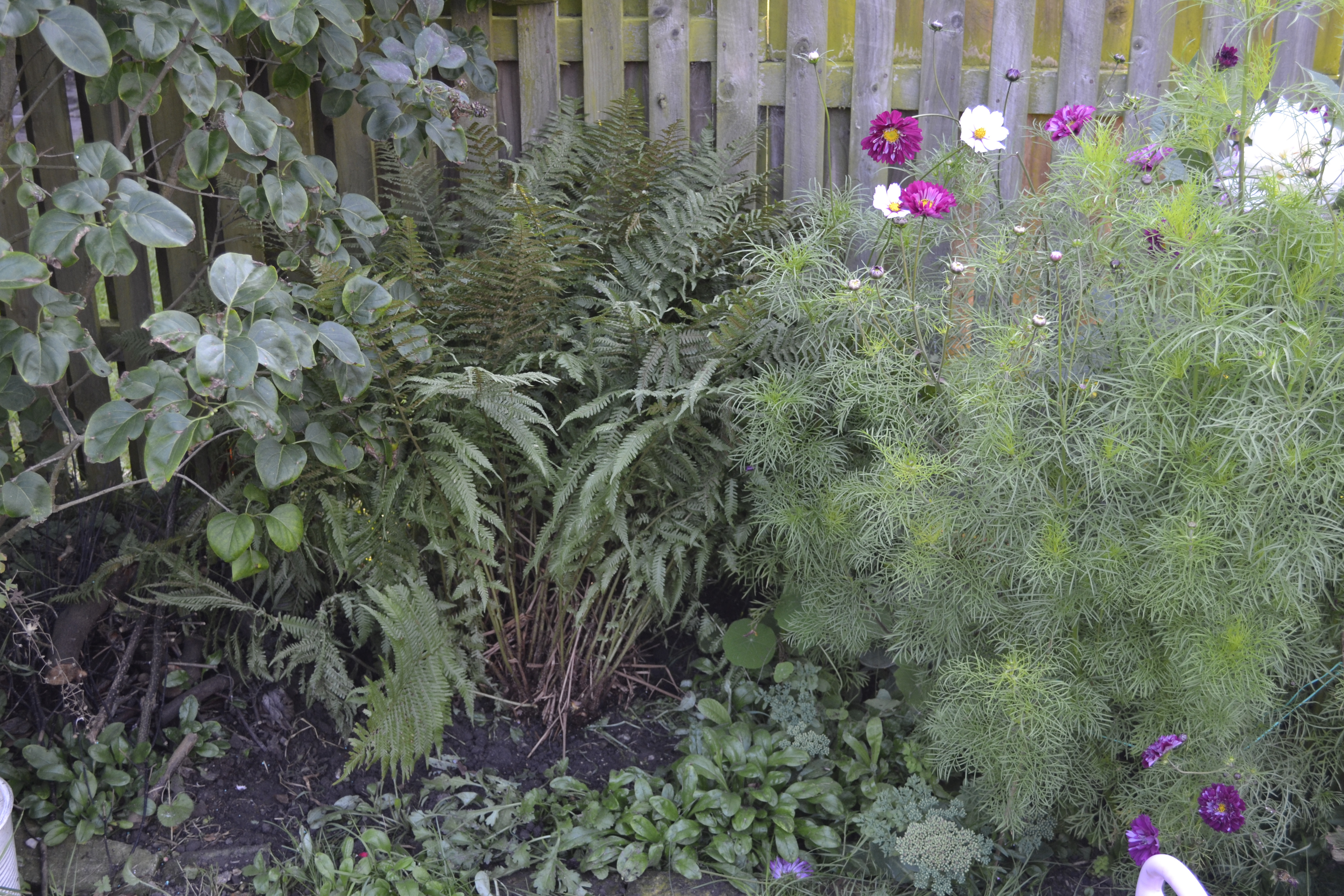 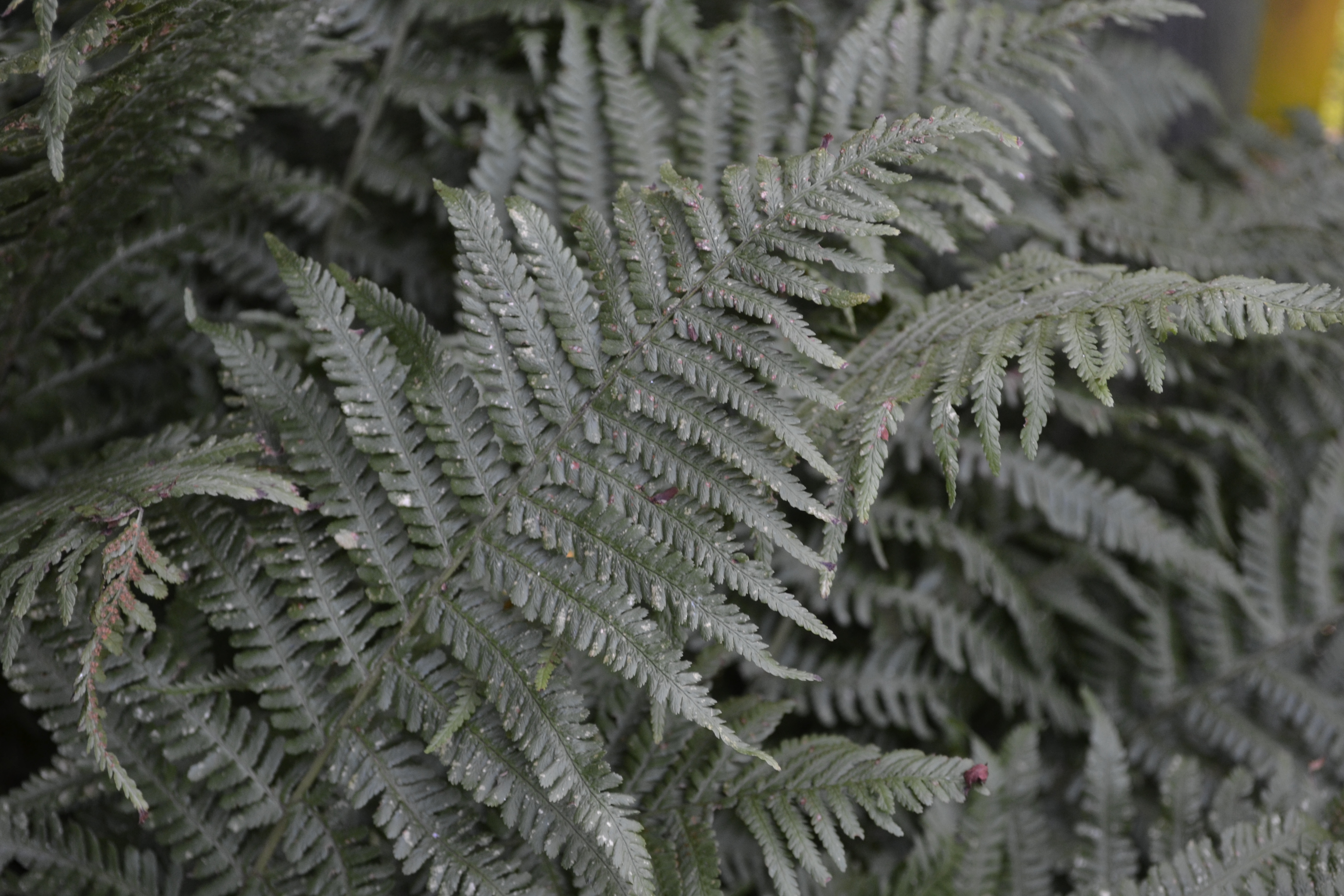 I planted dairy maid last year. These have come up in the same spot but have flowered much brighter orange. So I’m not sure if these are the self-seeded offspring or something different. I did let Alice loose with some of the free magazine seeds that could be sown direct. So these could be the result of her random scattering as I think there were some nasturtiums amongst what I gave her. Next year there will also be poppies in places I haven’t planned. Keeps things interesting and ensures all spaces are filled. These are adding a nice bright burst where I’ve cut the lychnis back so I can see the sedum as it is coming into flower now. 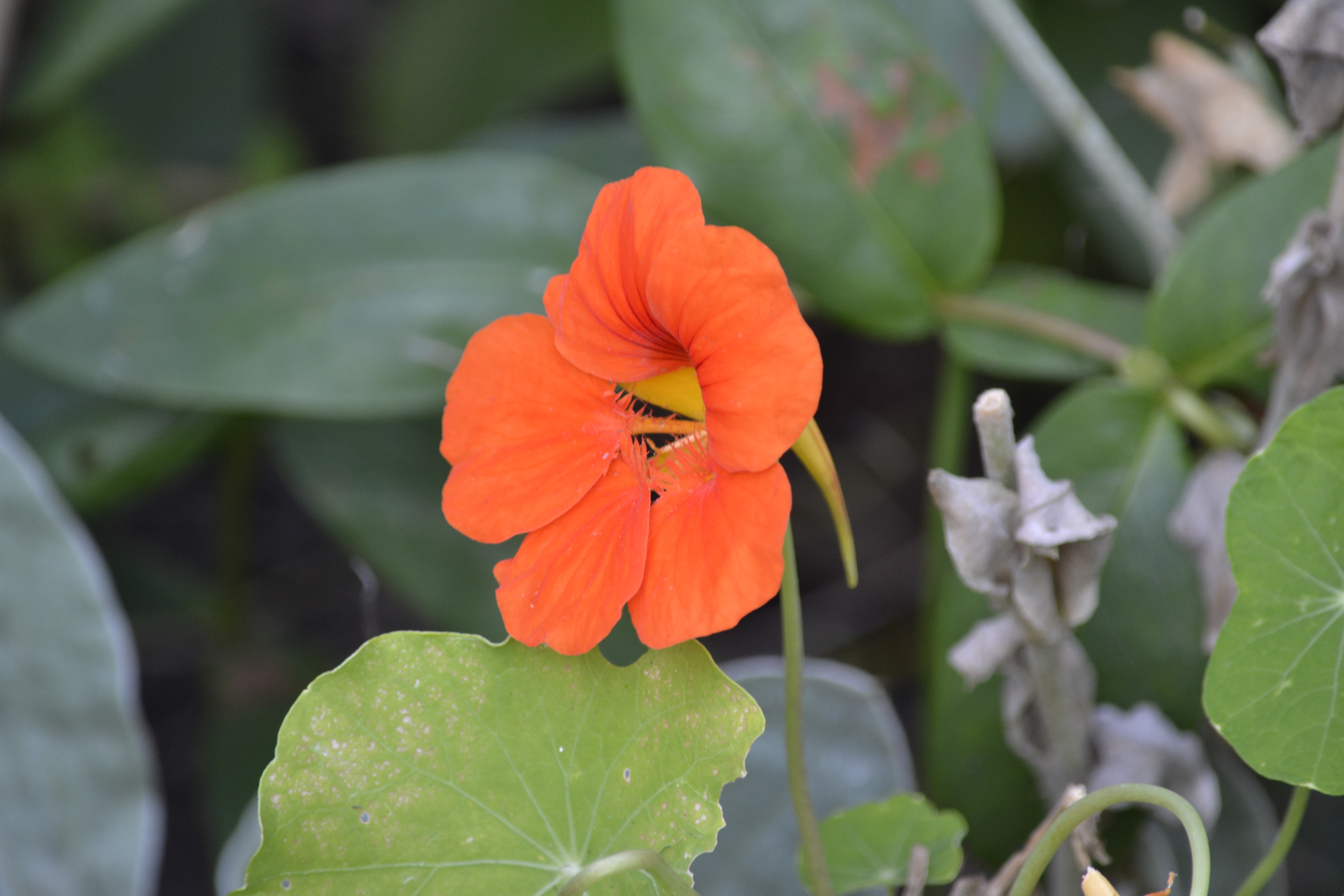 This dark beauty came as part of the Sarah Raven short dahlias for pots. I featured the other half last week. The growth has sprawled sideways out of its pot. These were meant to be short and not need staking, but perhaps a short stake might have helped tidy the growth. The flowers are stunning. It’s been one of the last to flower. It doesn’t currently have as many buds as others. but the few flowers I’ve got justify the effort. 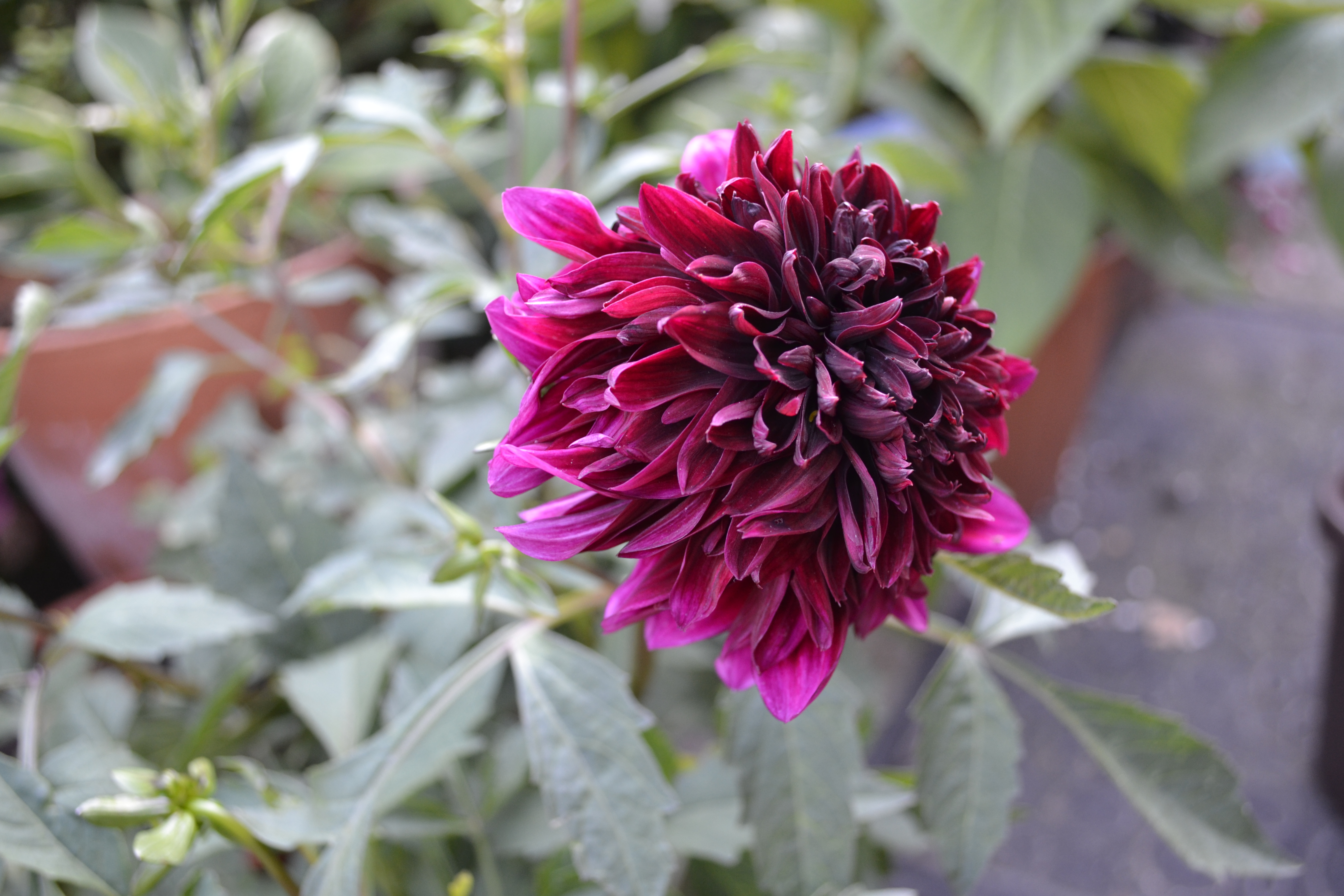 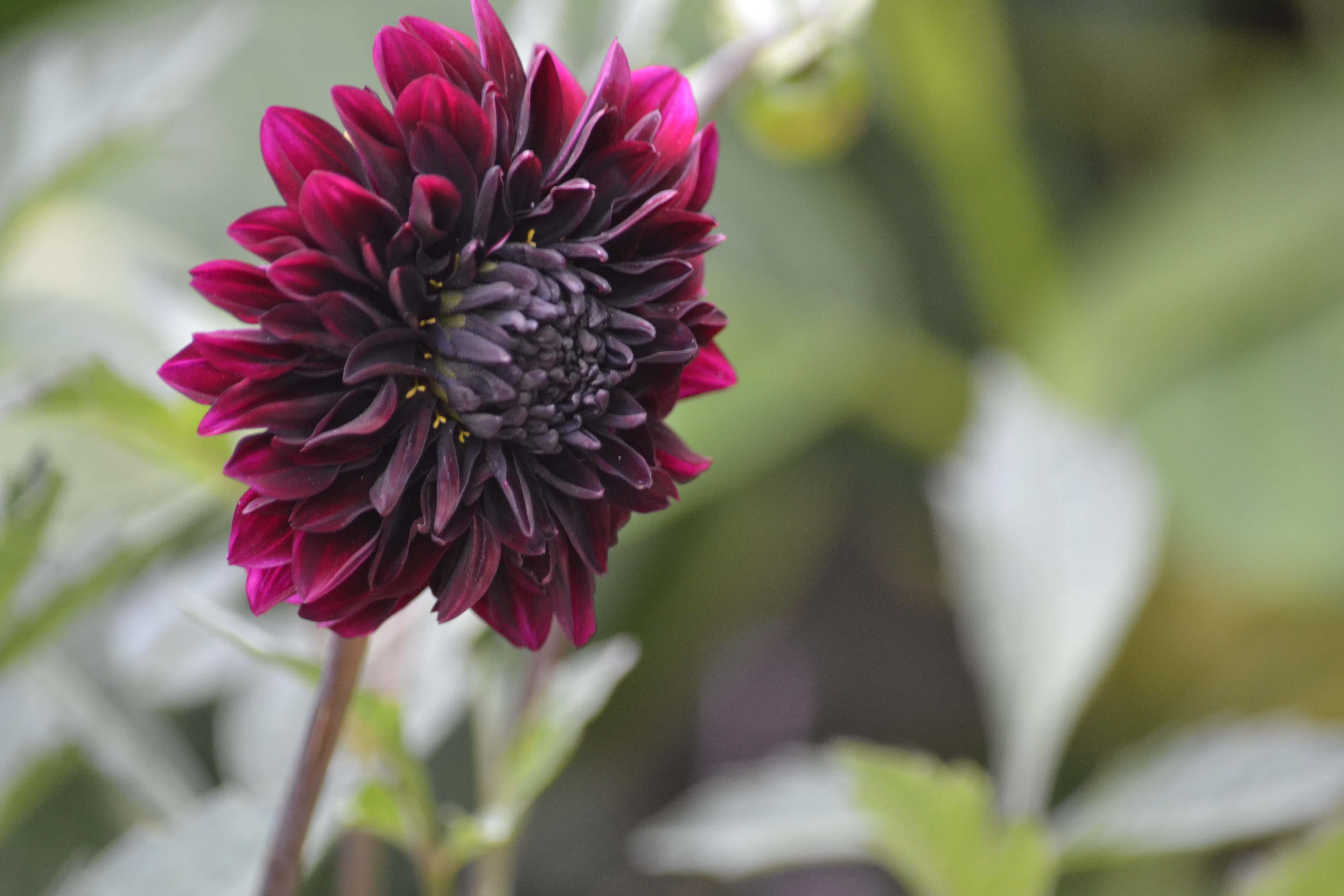 It’s been a boiling week in the garden. The first proper week of Summer weather and now back to work. I’ve got a bit of work to do in the back garden. We’ve got two railway sleepers to make a step outside of the sliding doors. I’m not sure how well this will work but it didn’t cost much to get them and they can be used for something else if they don’t work there. Then the edge of the house has a gap of rubble. I was going to see if we can plant sempervivums into these spaces to tidy it up and suppress the weed growth.

Hope you’re enjoying your weekends and get some time to enjoy your gardens.