Before we headed down we had checked out what was in the area and Paultons Park was high on our list of things we wanted to take Alice to. We wanted a few days we thought she’d really enjoy though I didn’t have high hopes of it being a great day but we knew she’d love it.

We had good fun on the rides. The park was busy but as there were quite a lot of rides we didn’t have massively long waits for anything. Even while waiting there was quite a lot for Alice to still look at. Alice was at just the right point where the rides were exciting but not too scary. 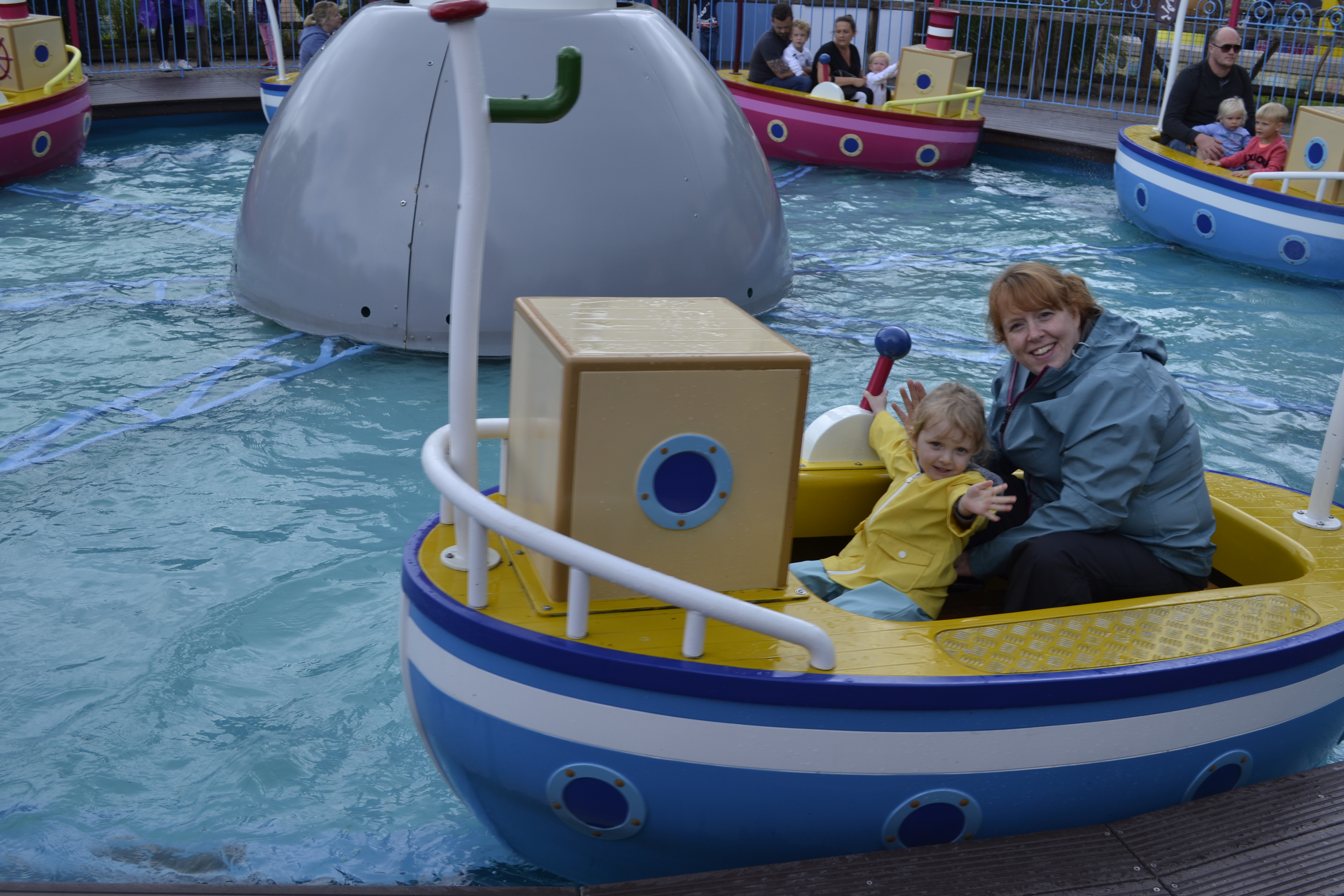 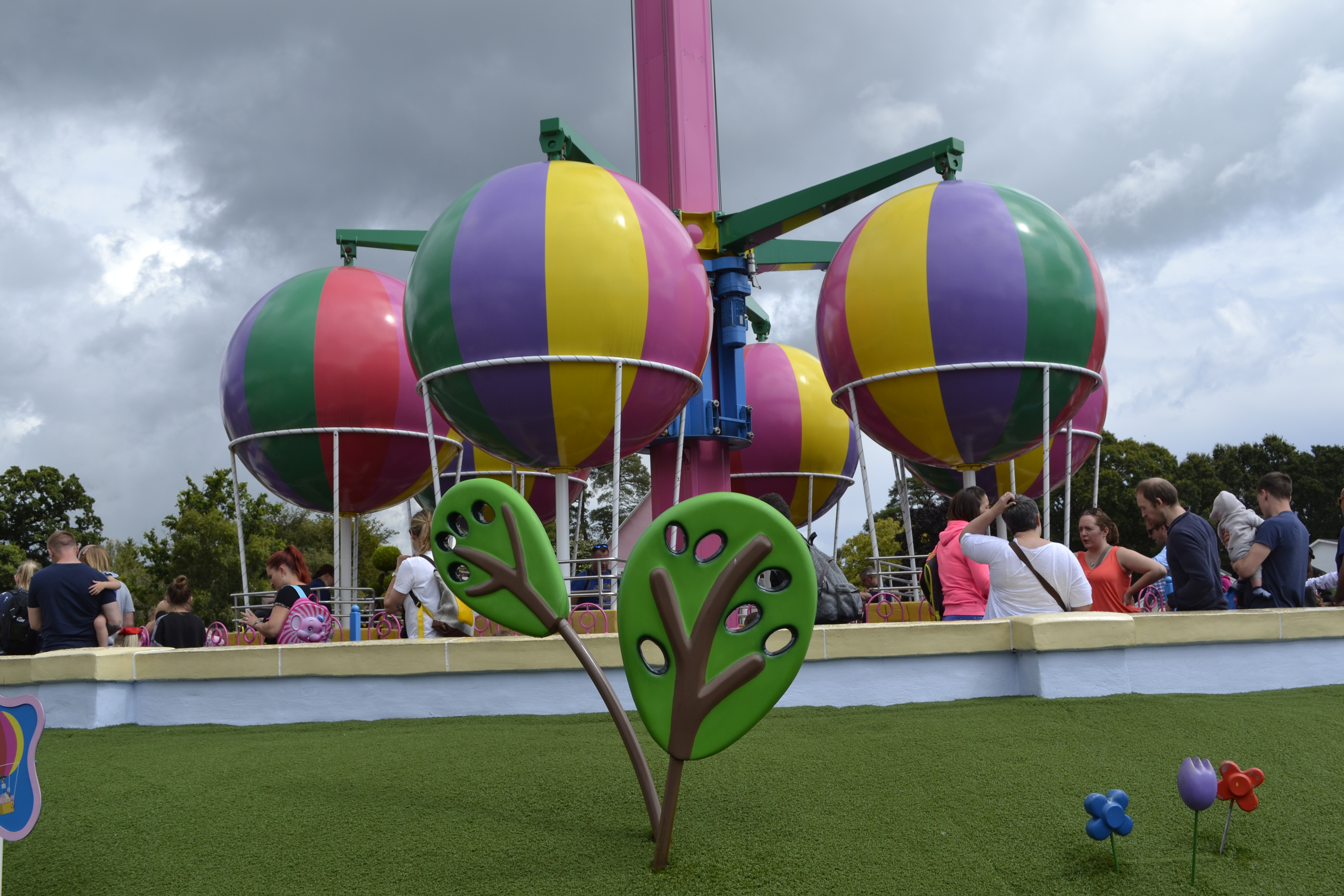 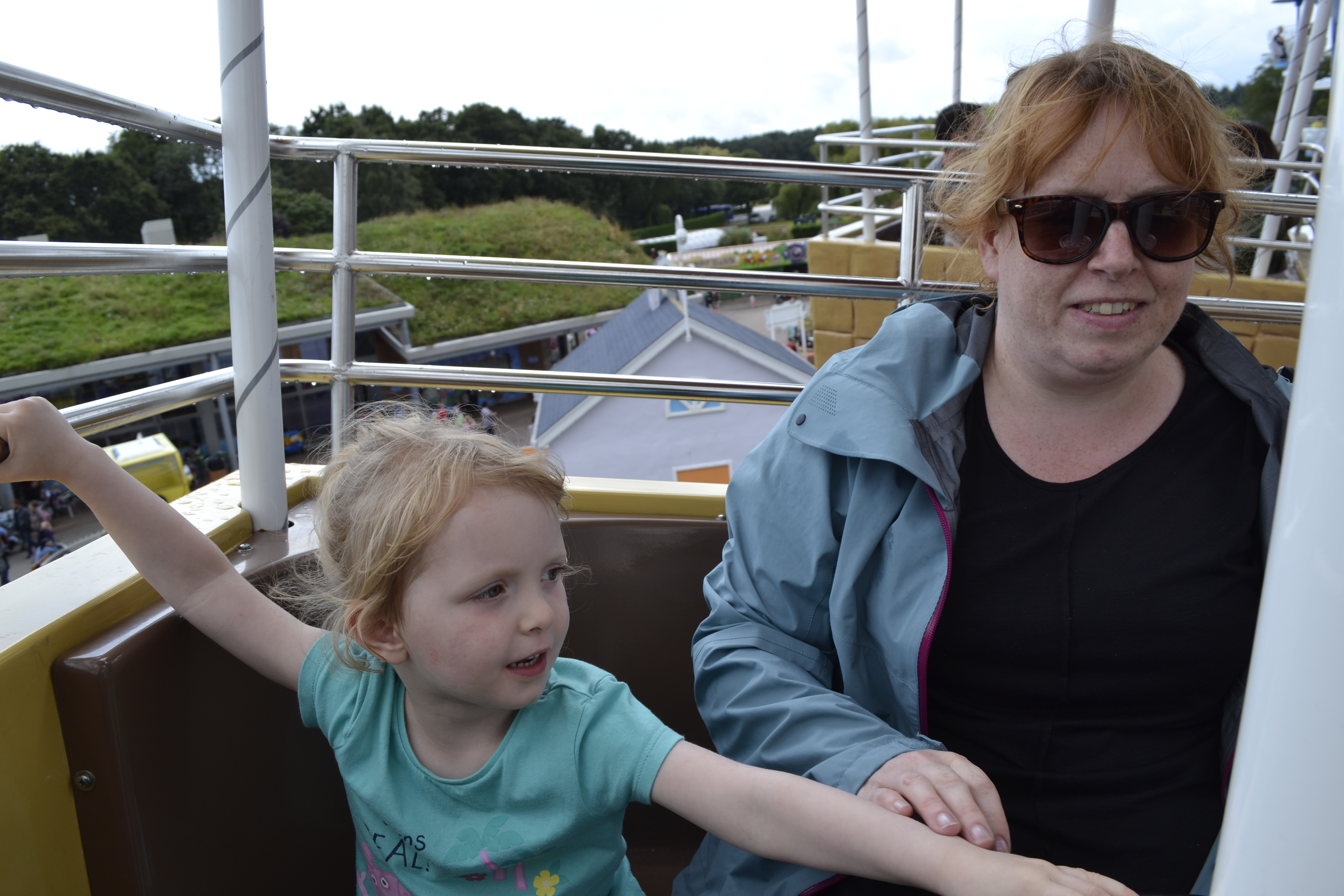 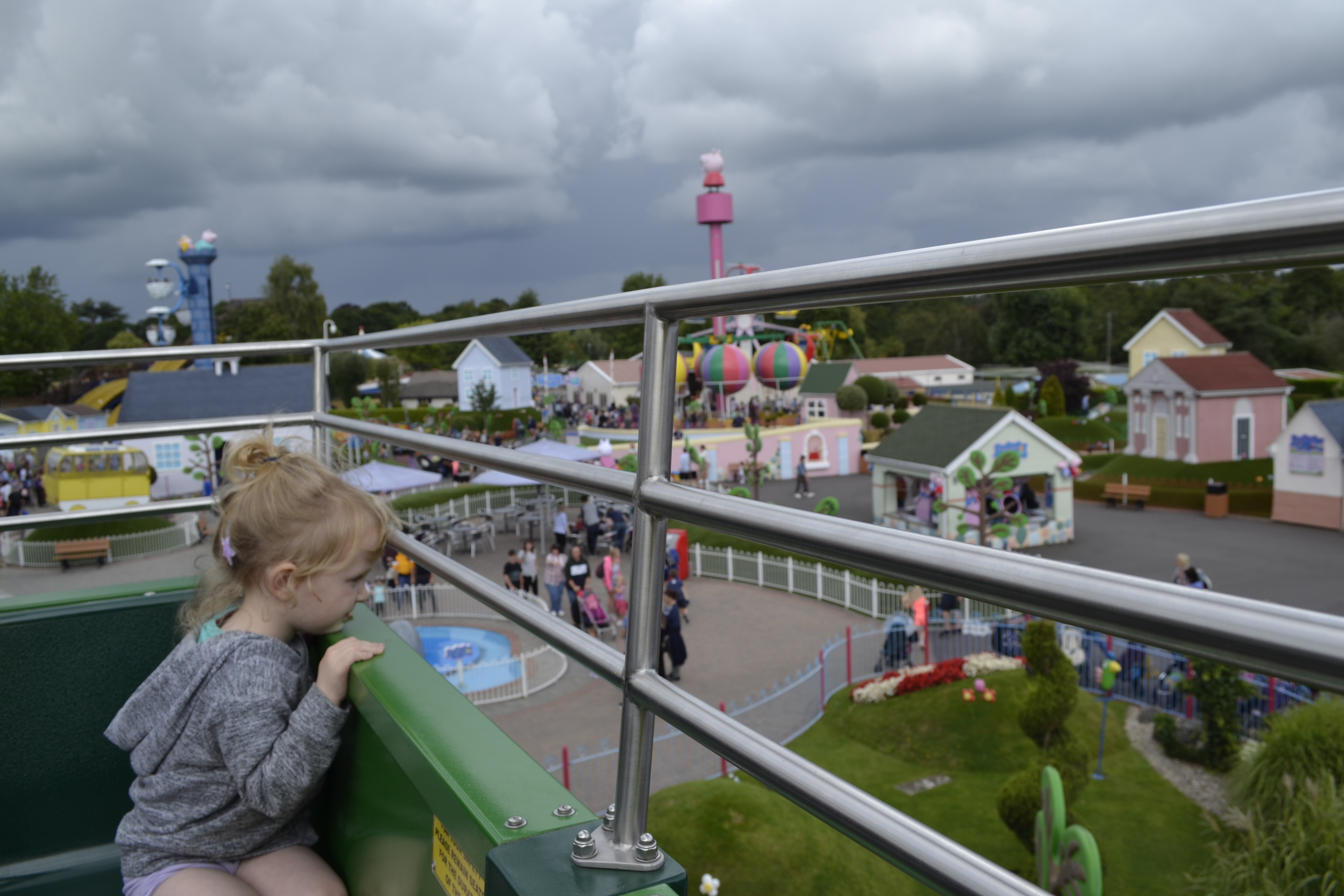 I don’t think life gets much better than riding a dinosaur. 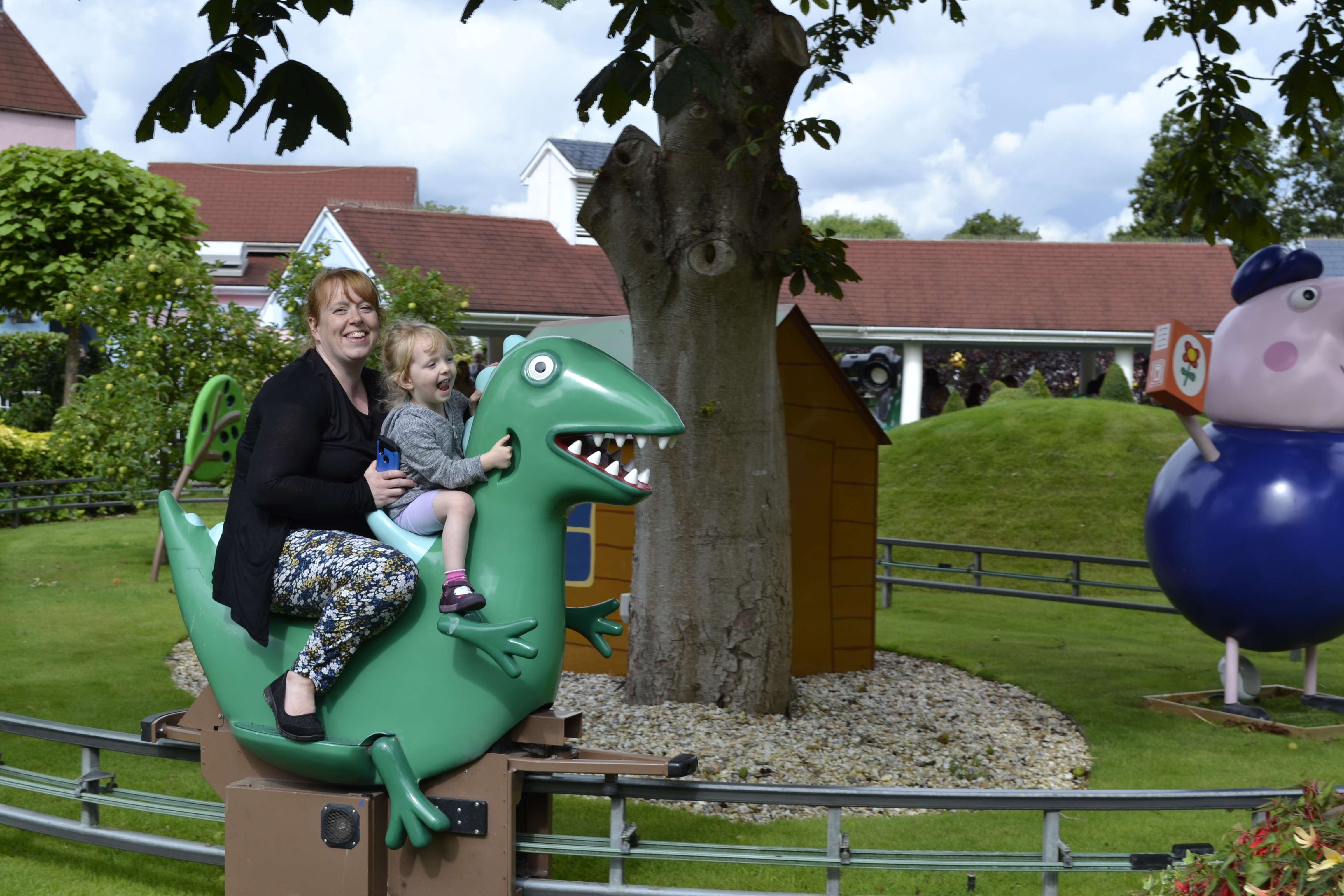 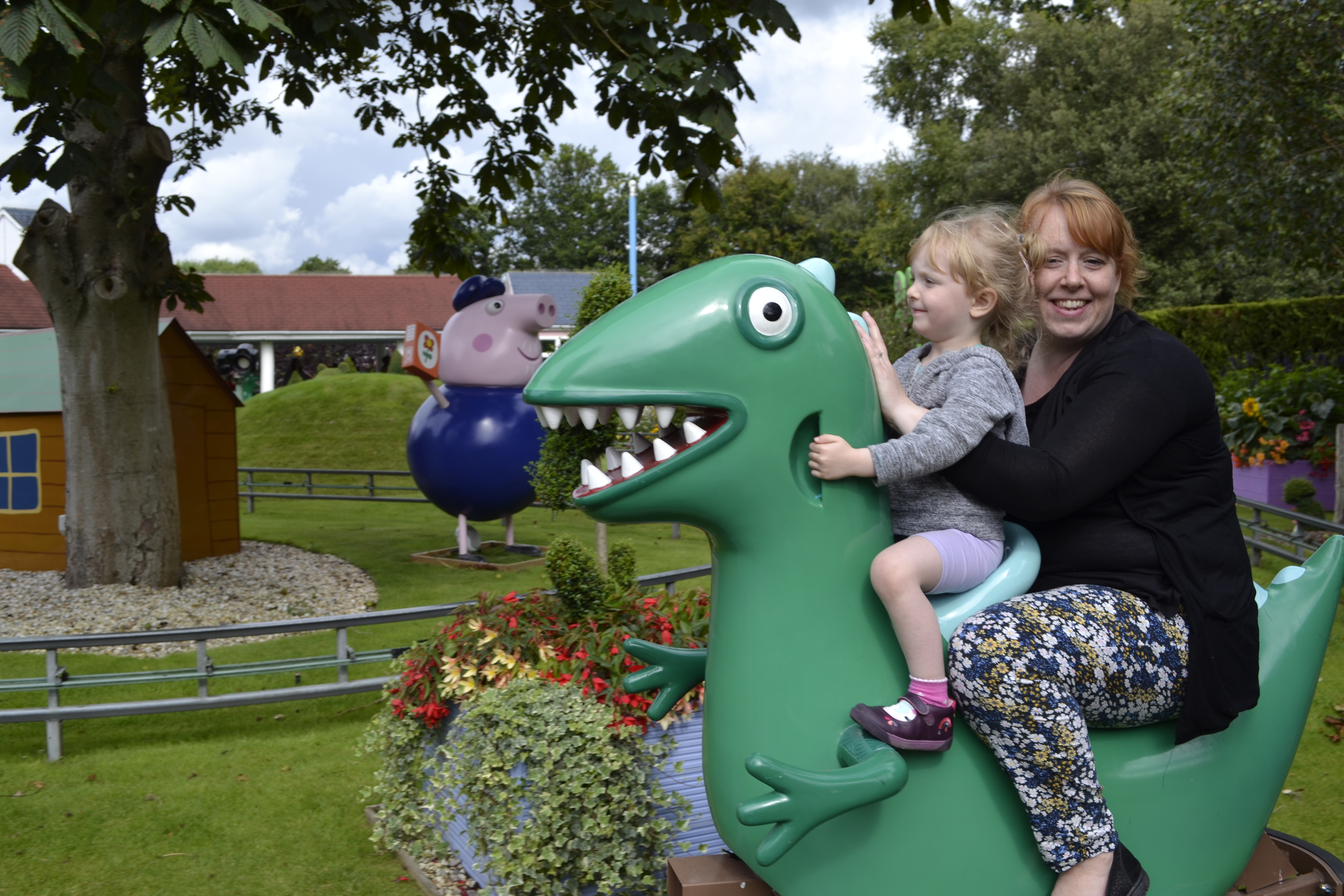 We hired one of the buggies as we didn’t have our pram down on holiday with us. It came in use for piling the bags on and for Alice when she wanted a break from walking. 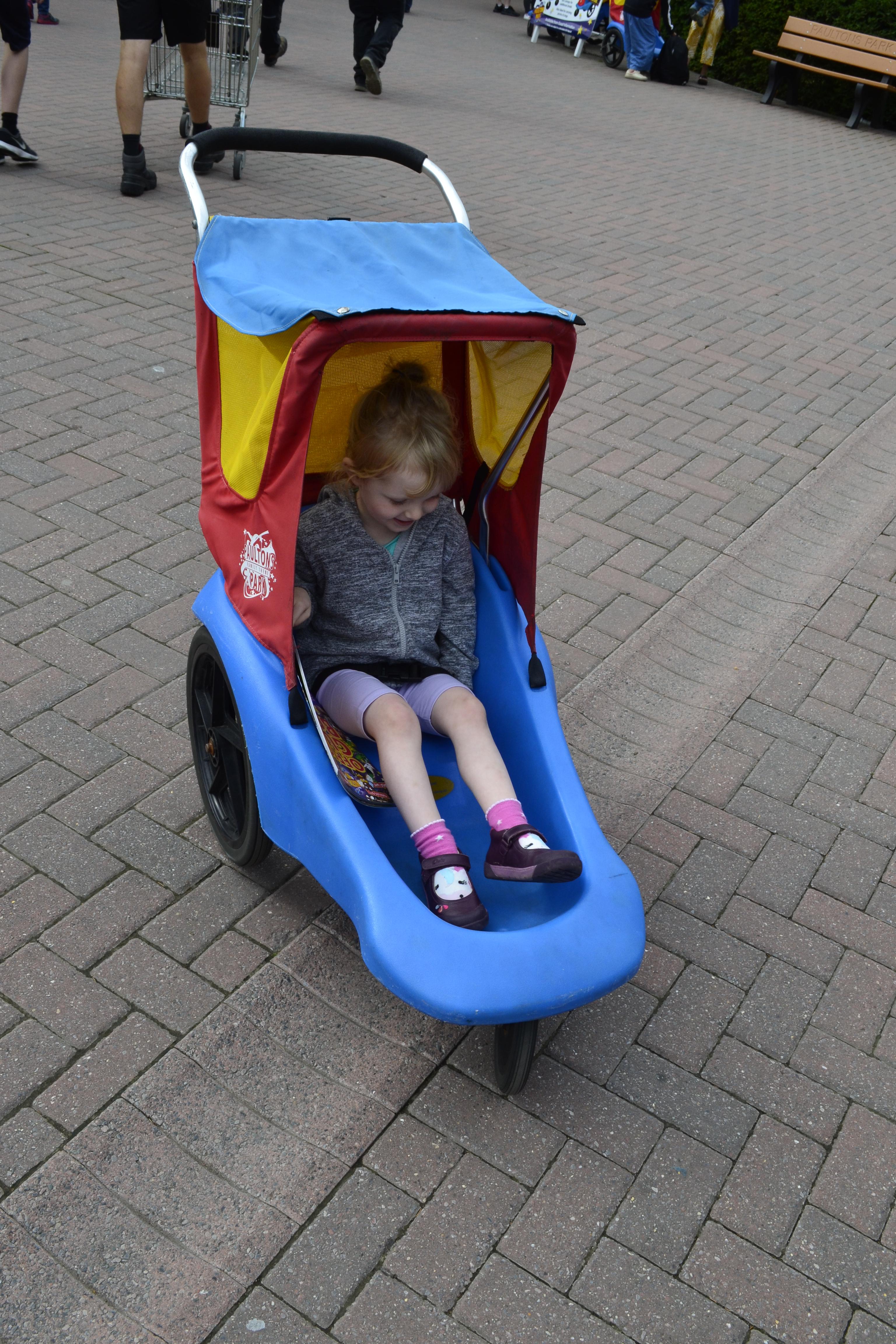 We did well with the weather. It rained for a short burst soaking everyone through. We’d brought our waterproof trousers which came in use and meant we had a period where the waiting time on rides dropped dramatically. Alice was miserable in the rain. 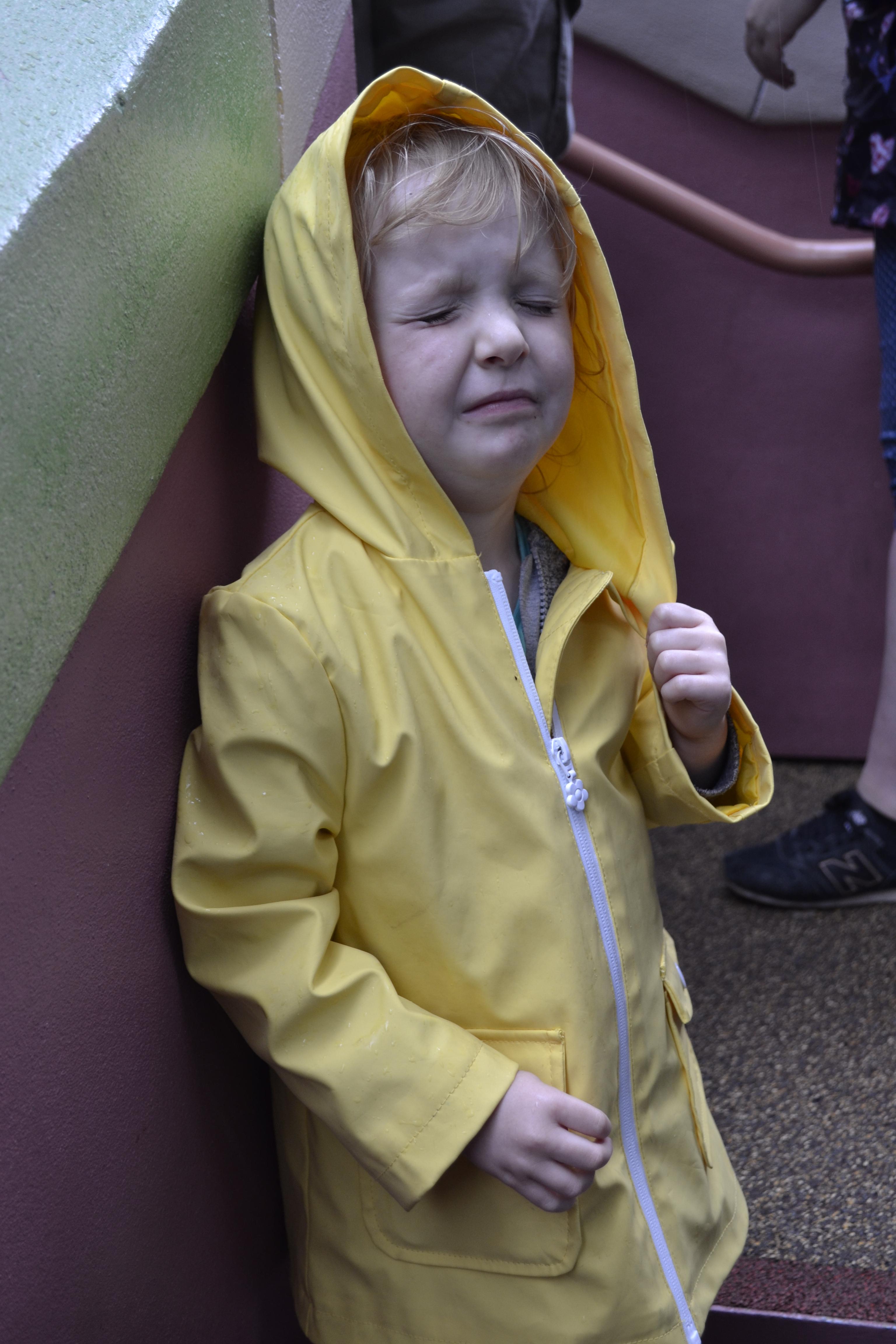 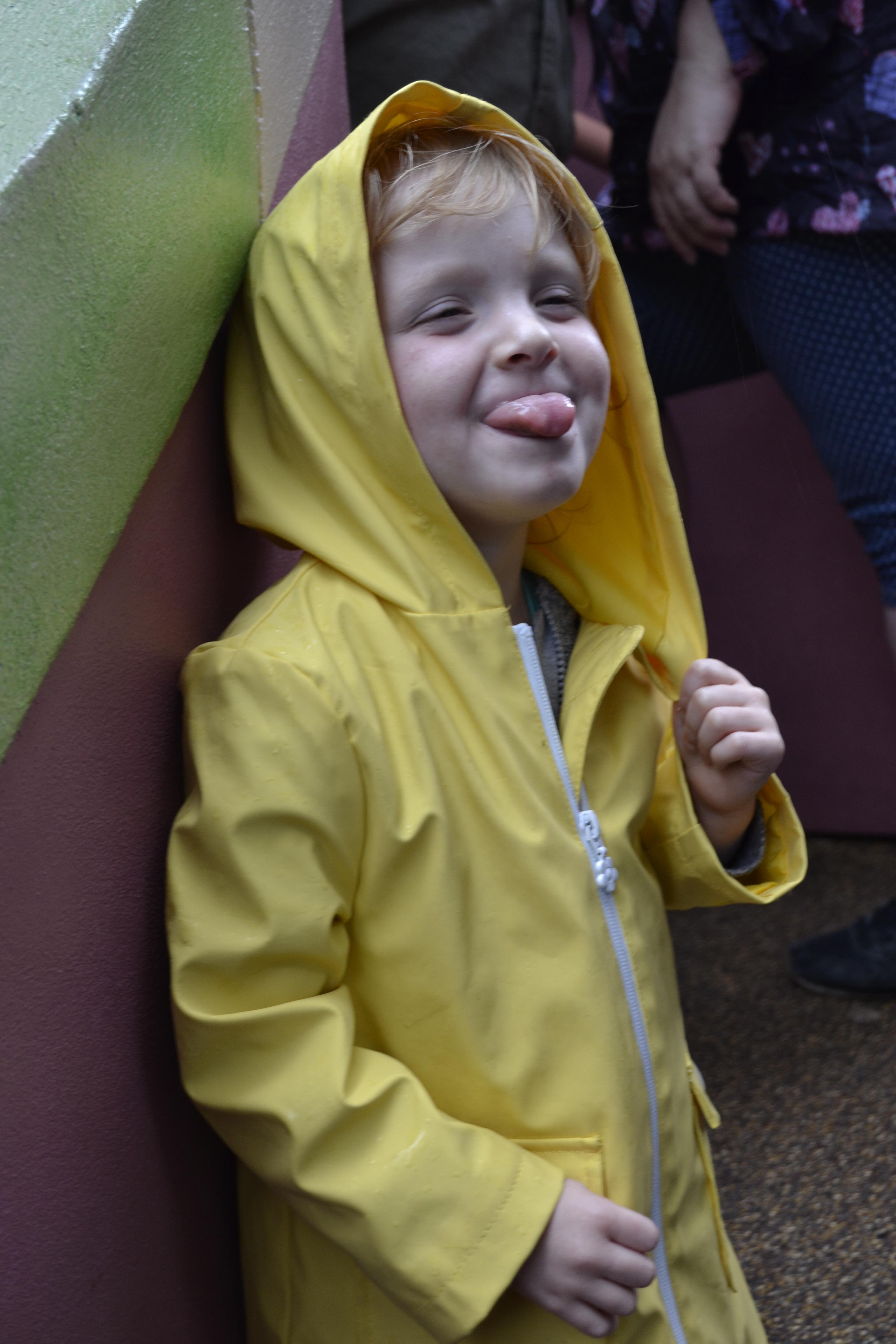 The park also has animals dotted around. I enjoyed seeing them. Amy and Alice were too excited for Peppa. 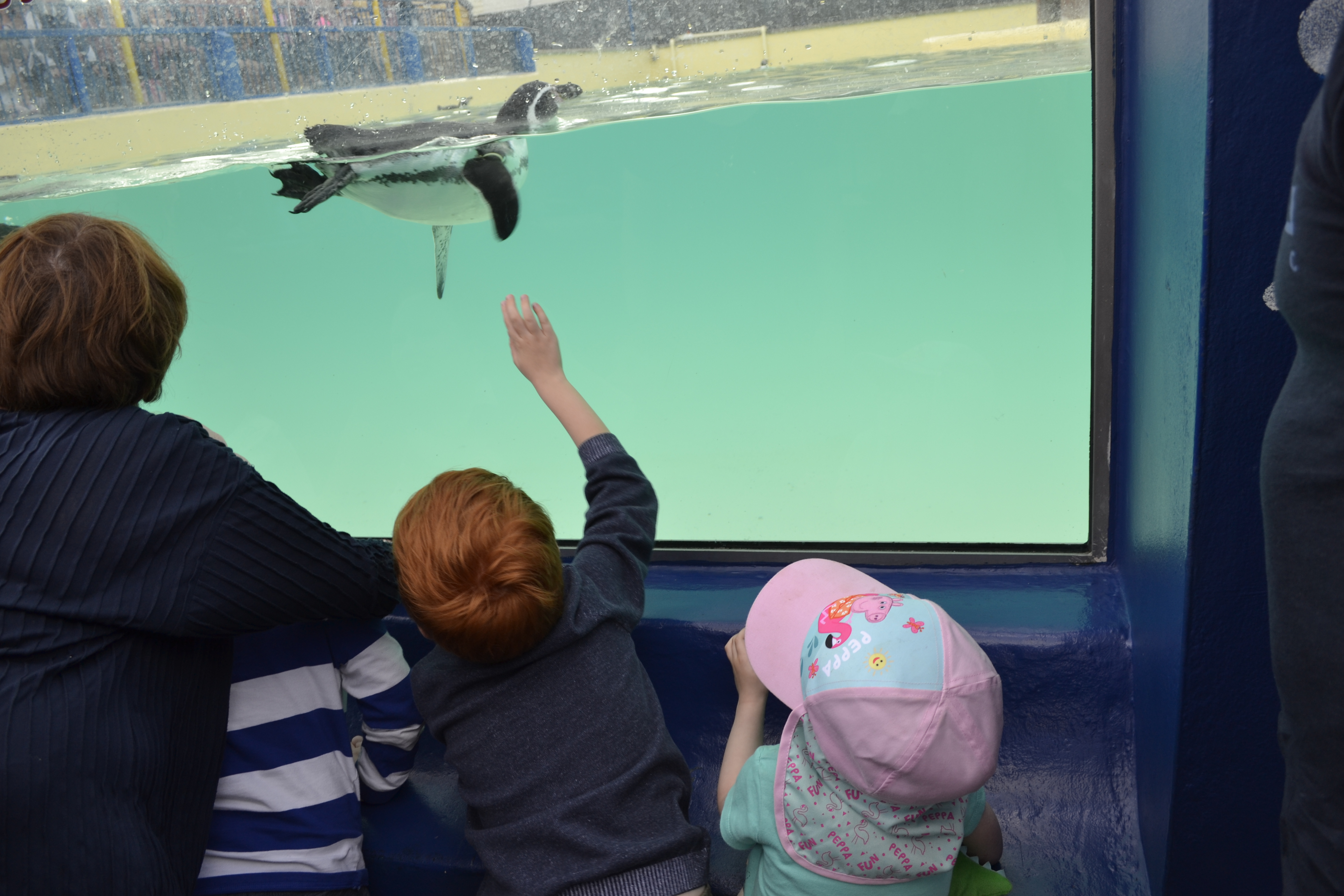 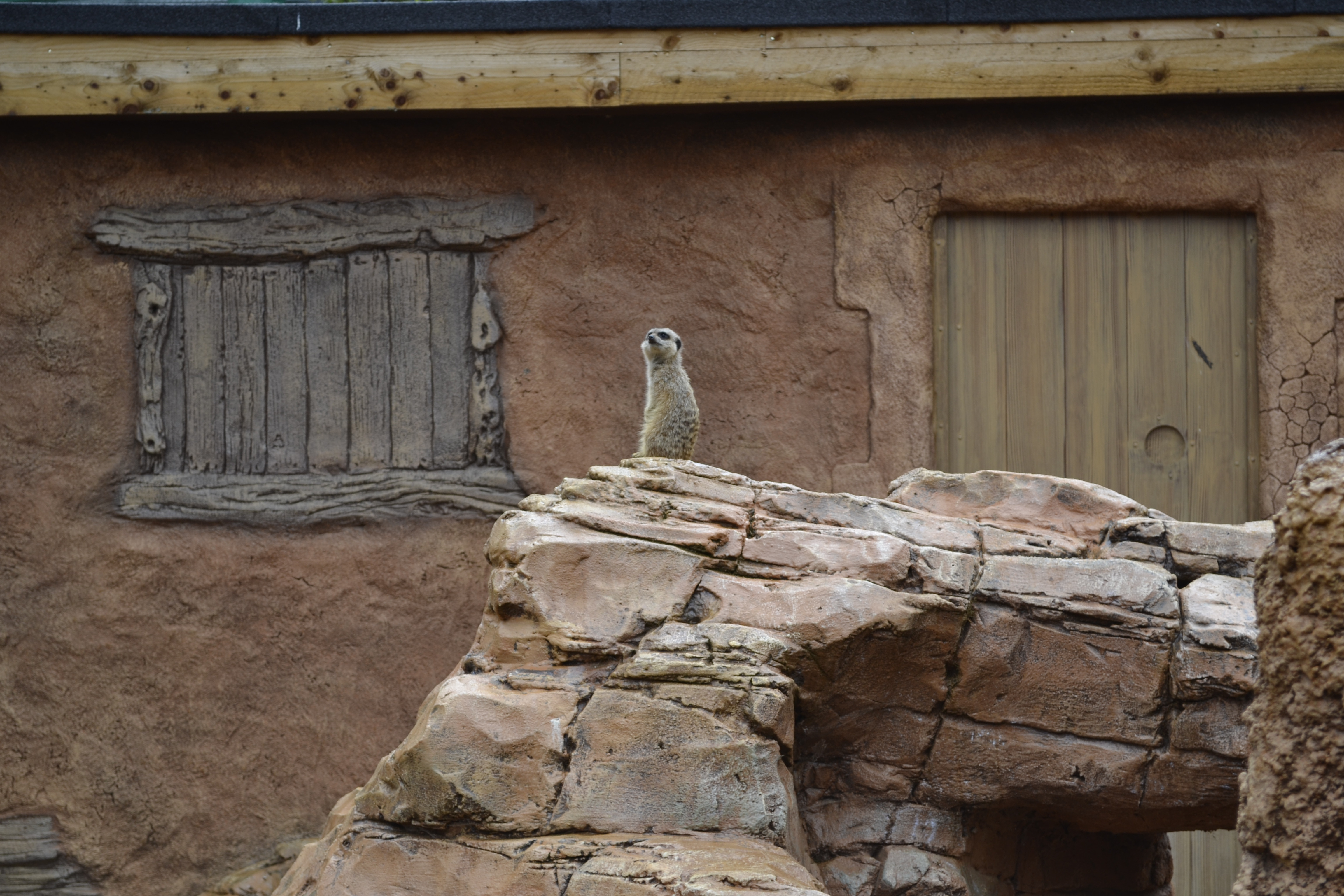 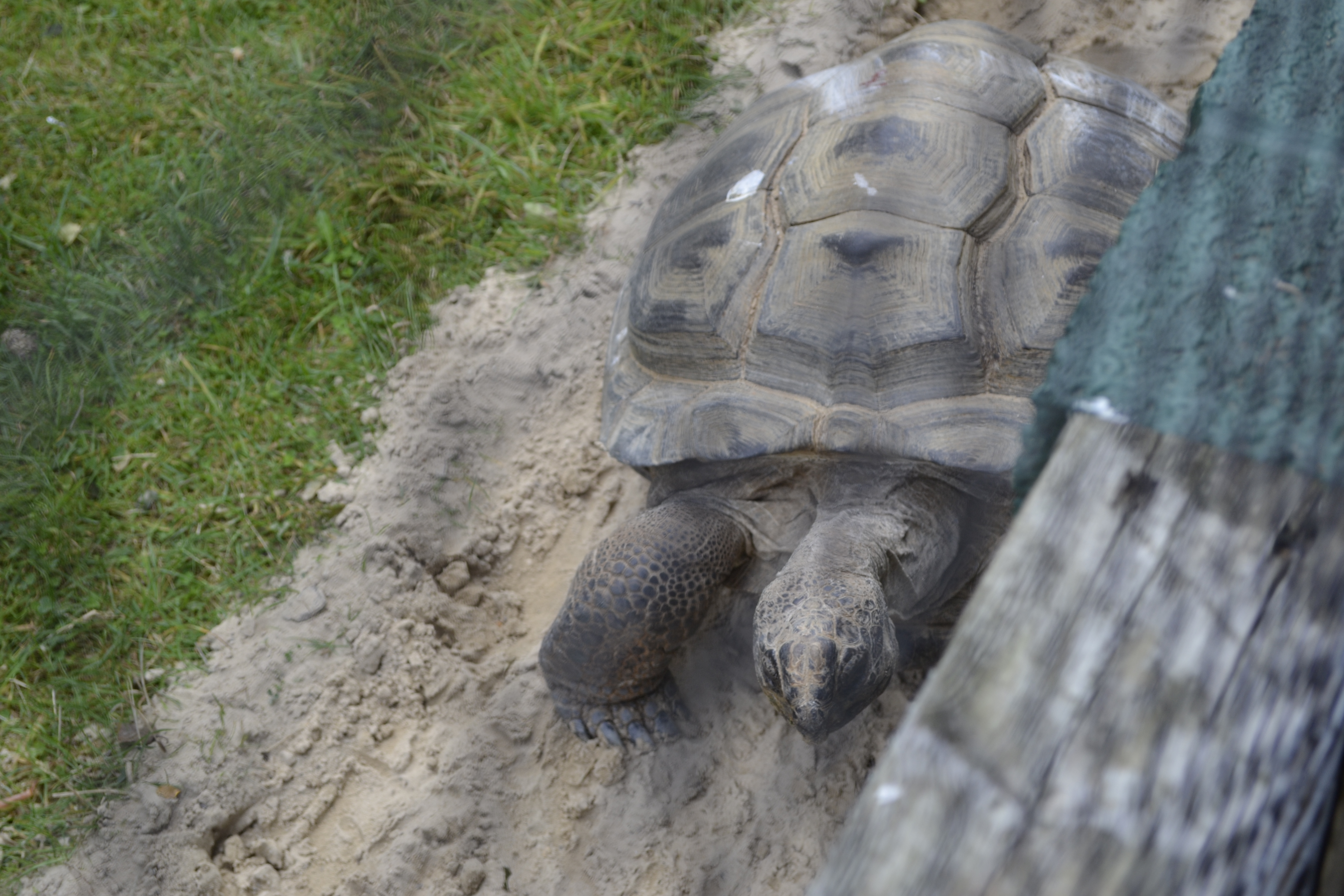 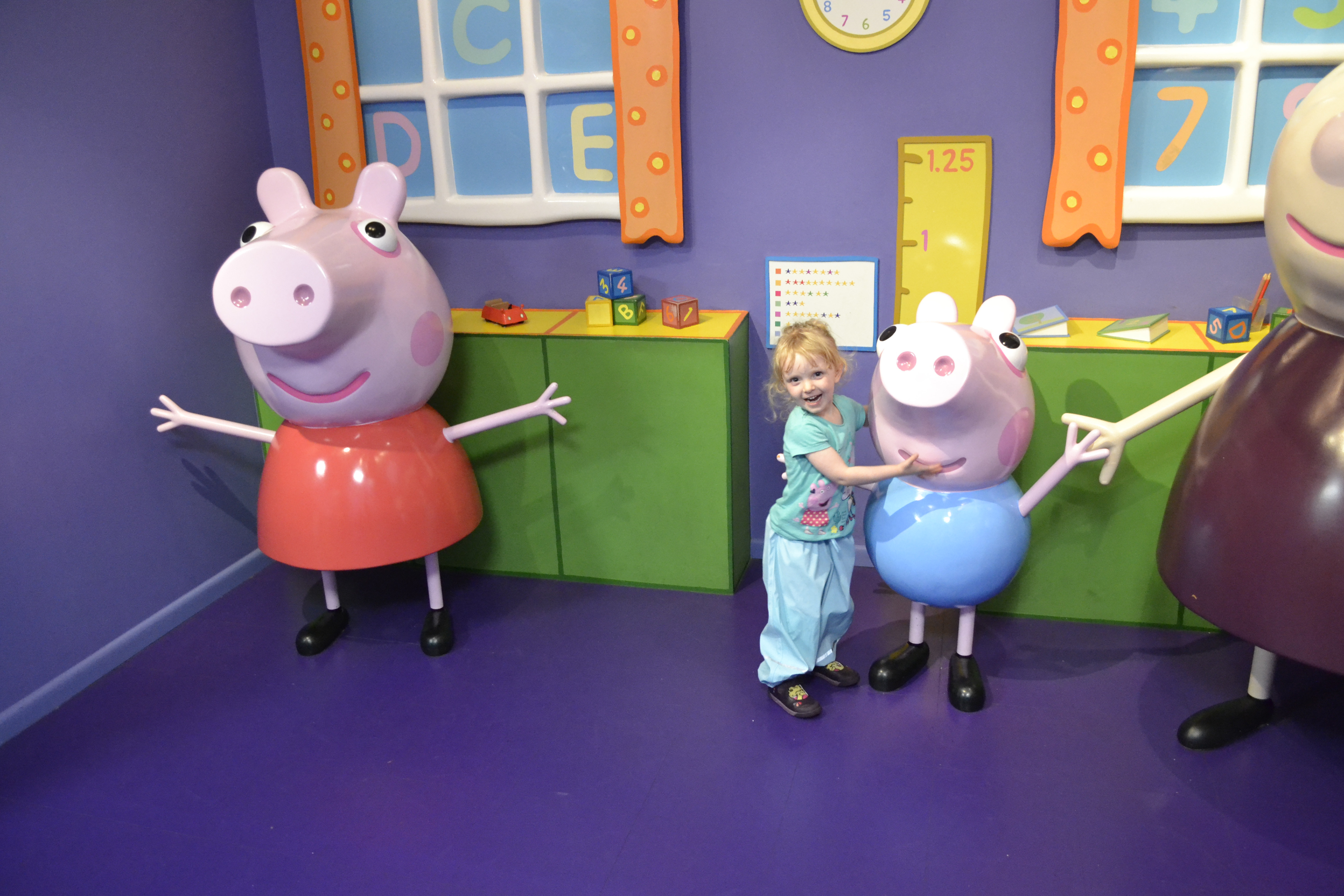 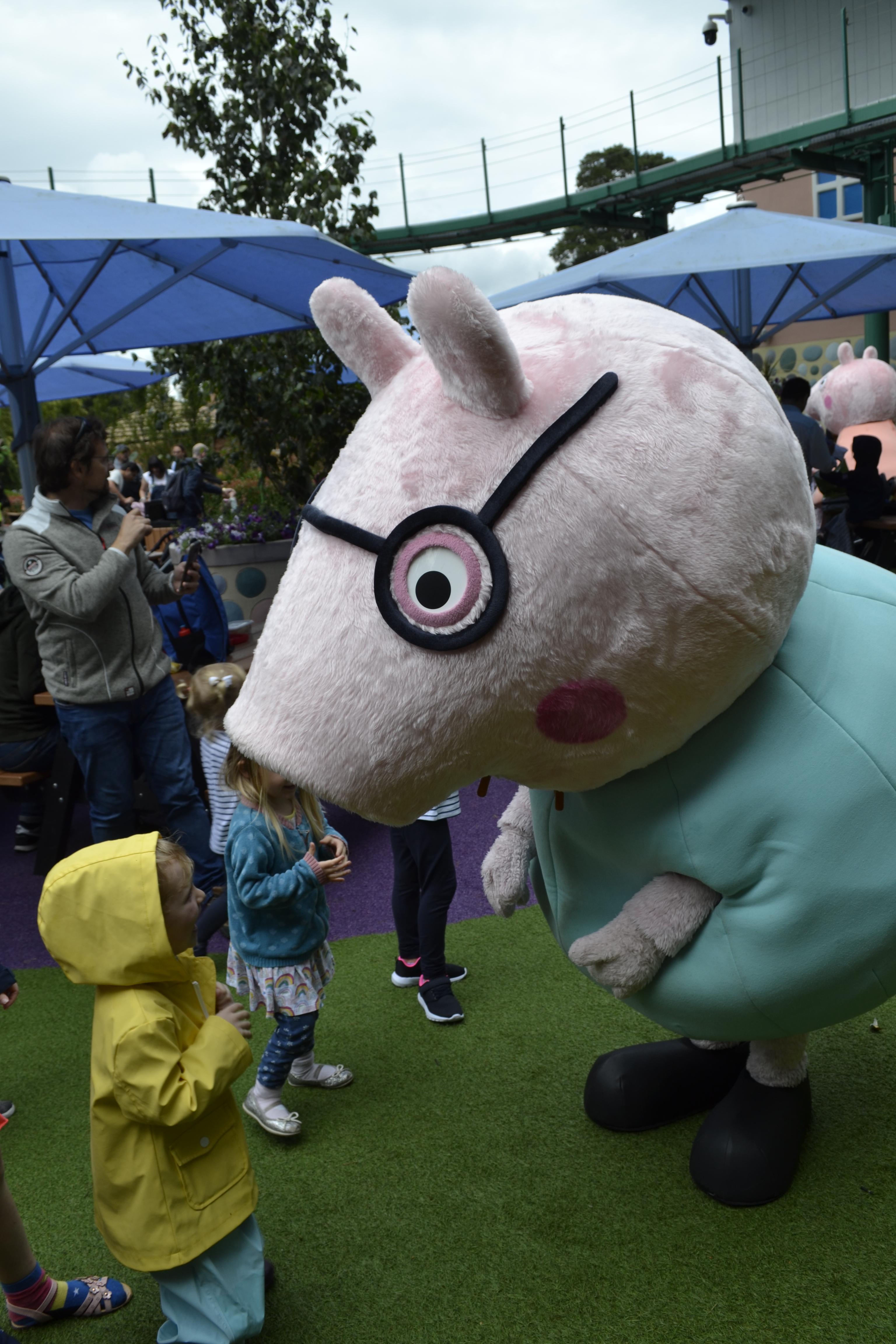 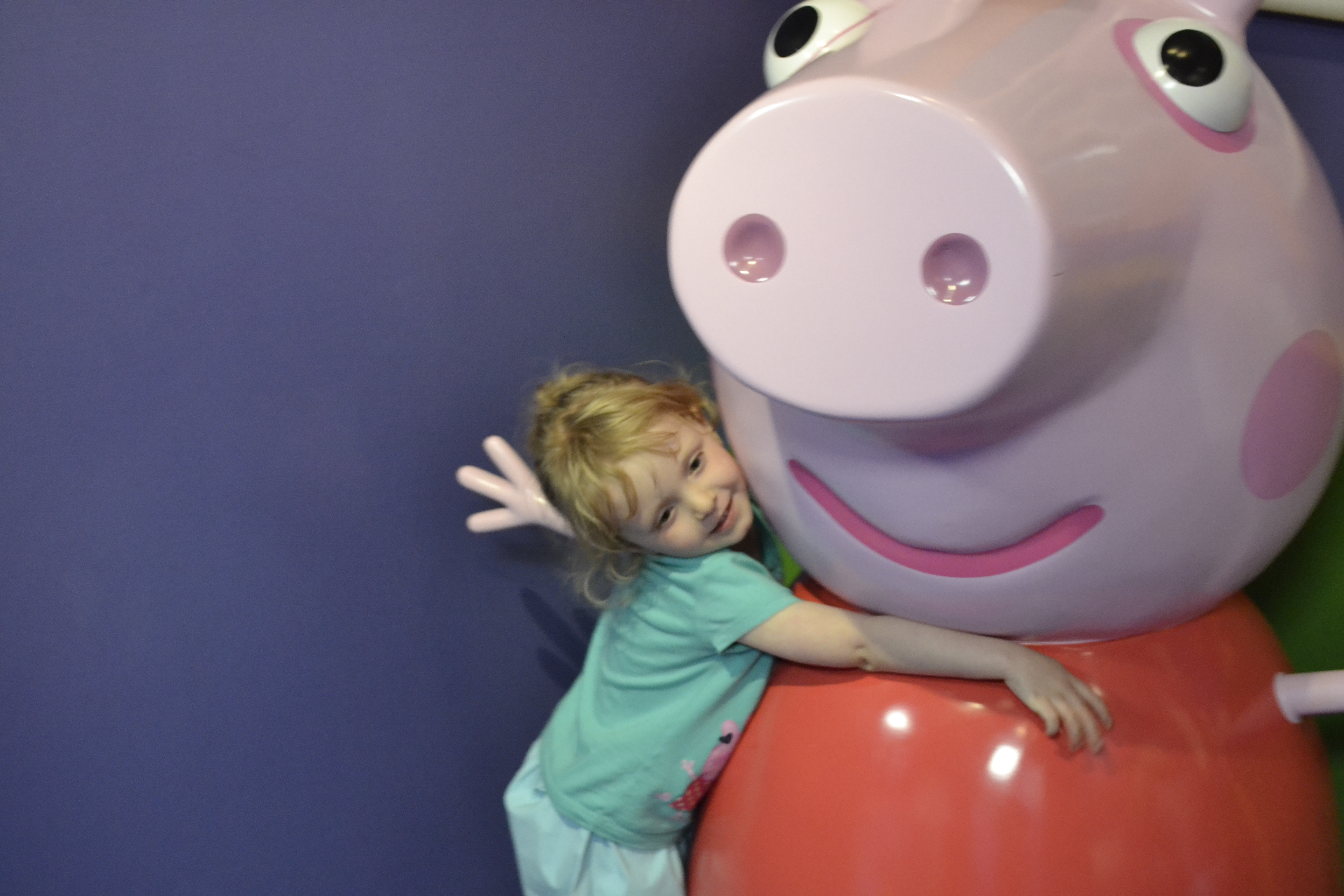 She was most excited for George oddly. 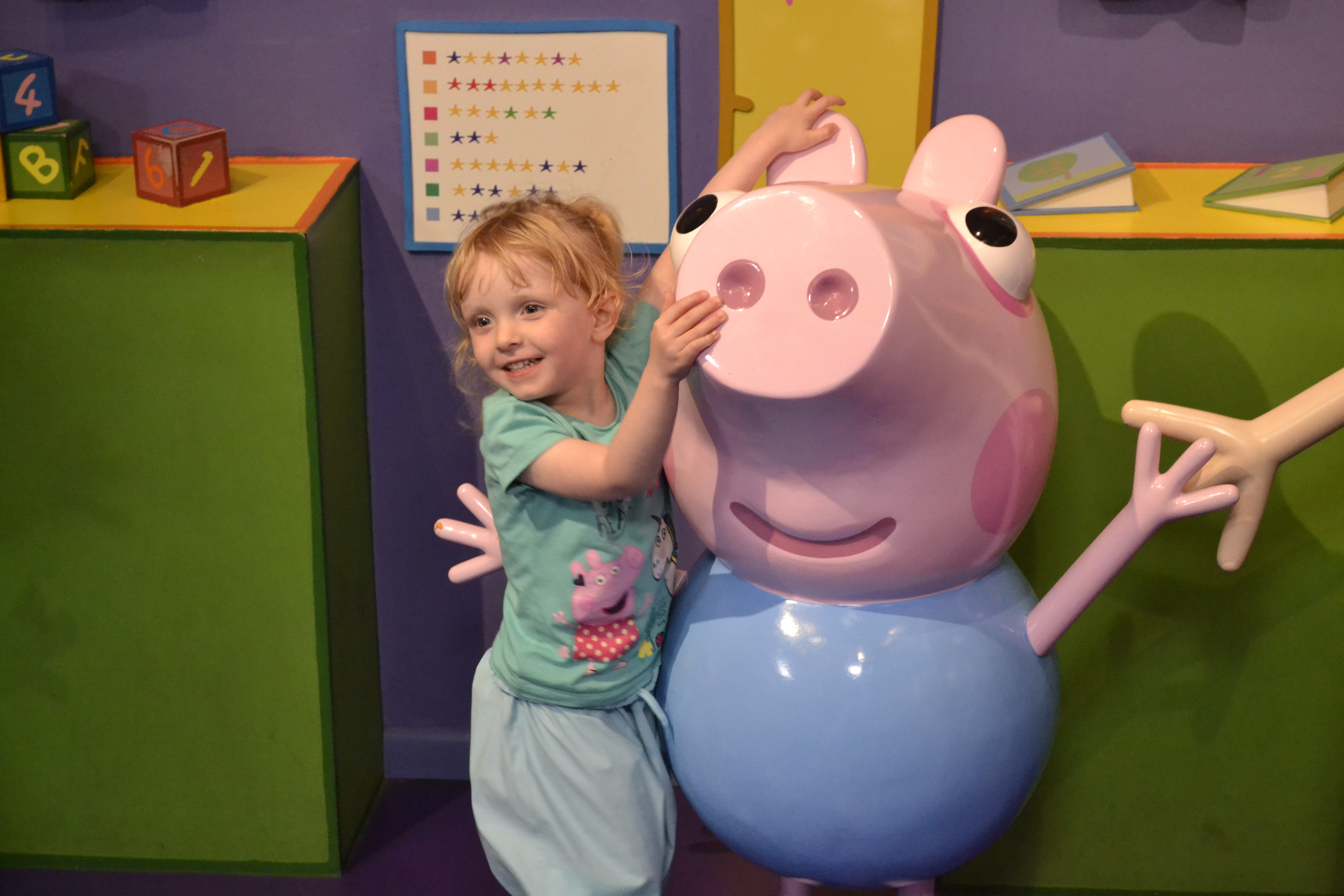 The planting and gardens were excellent around the park. Almost worth the price of admission alone. 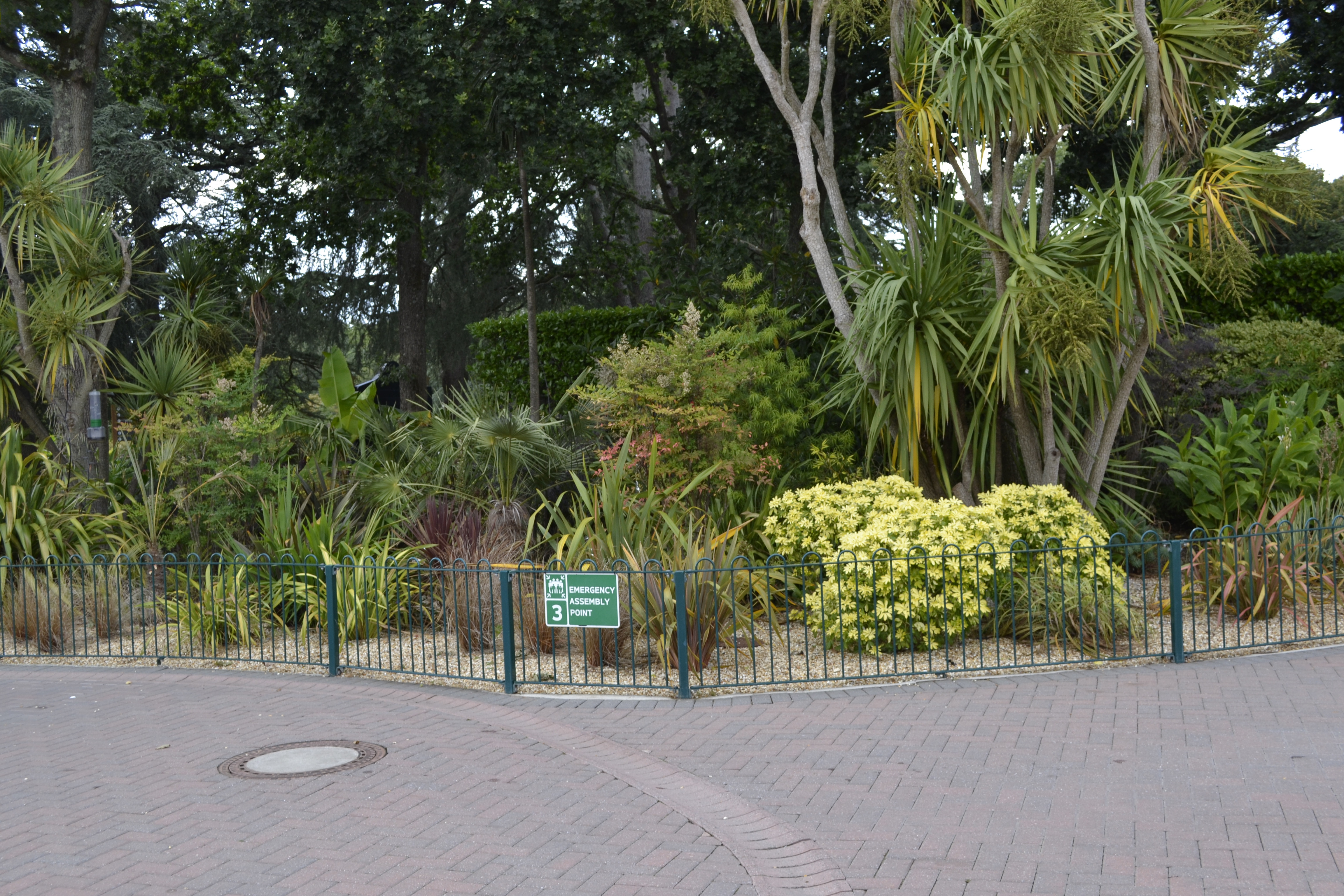 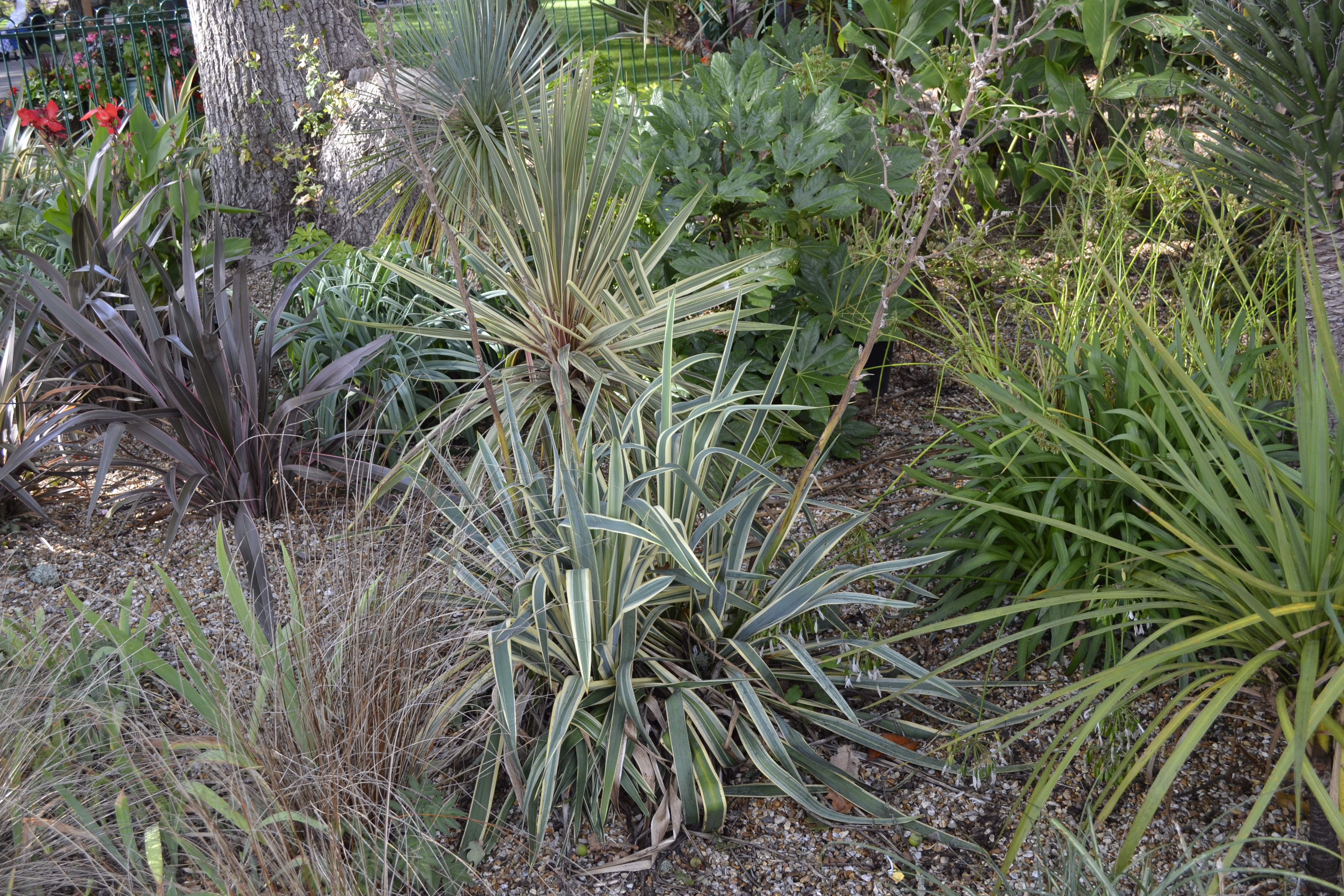 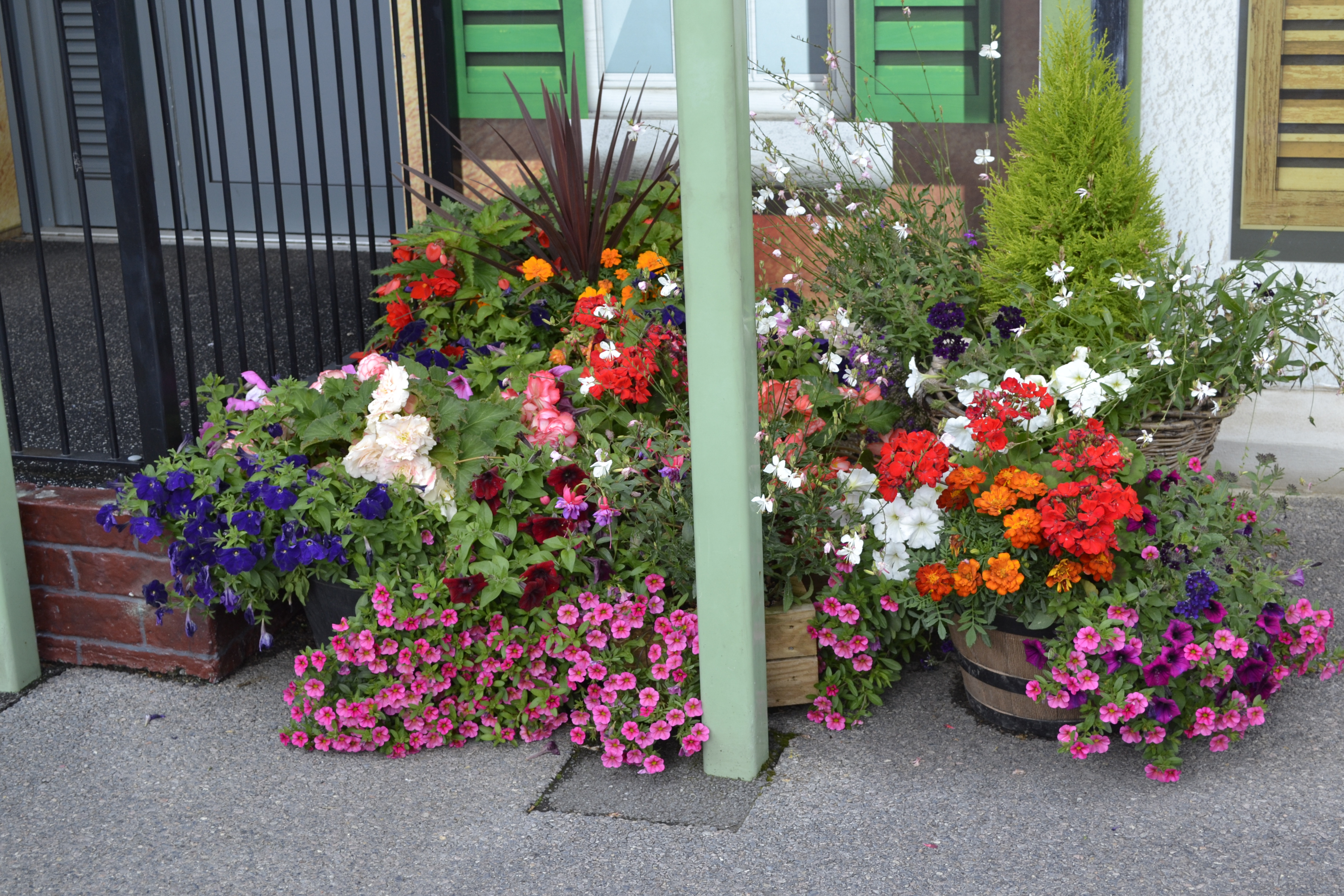 The hydrangeas were good though not up to Exbury Gardens level. But they have become the standard by which I am now judging all hydrangeas. 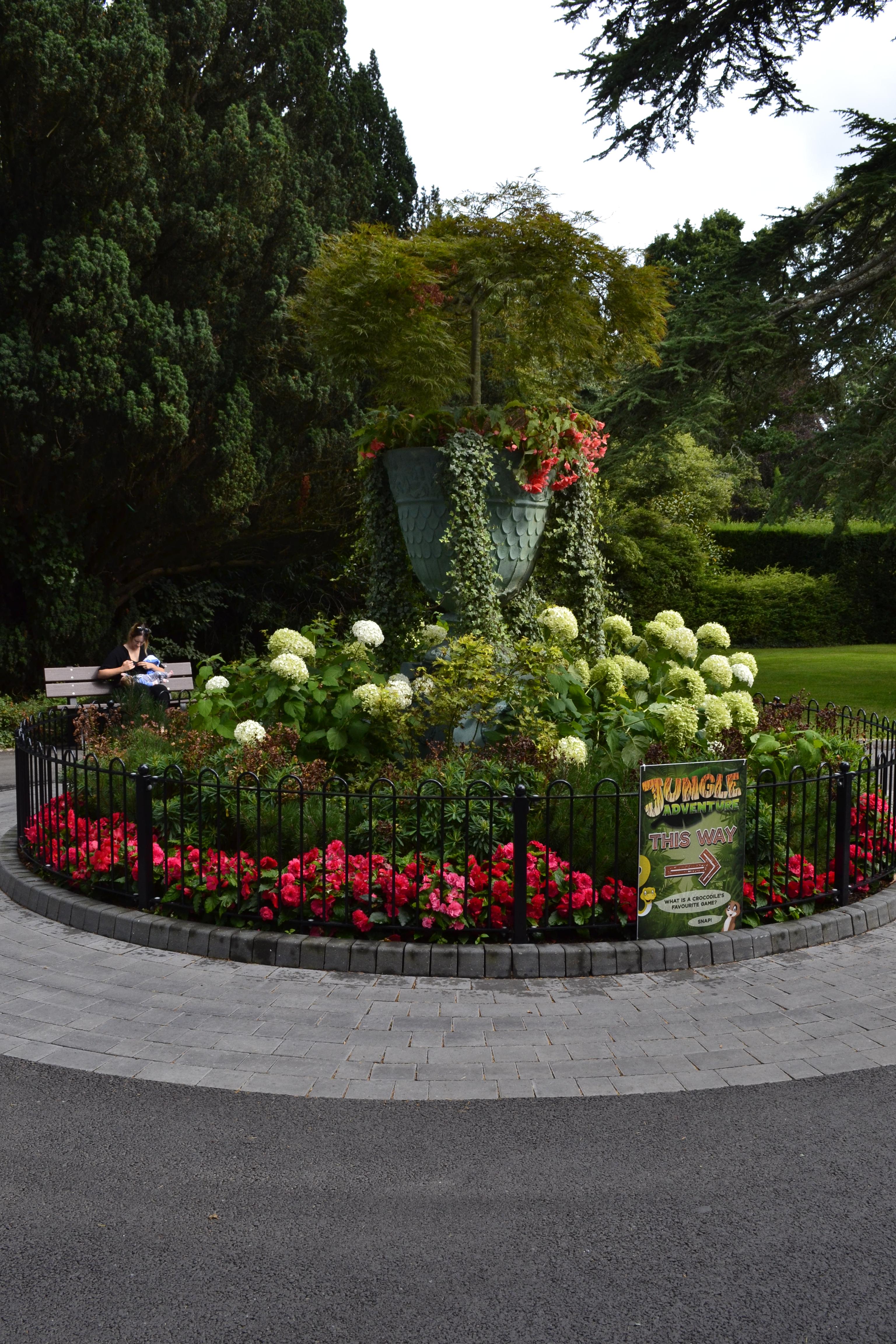 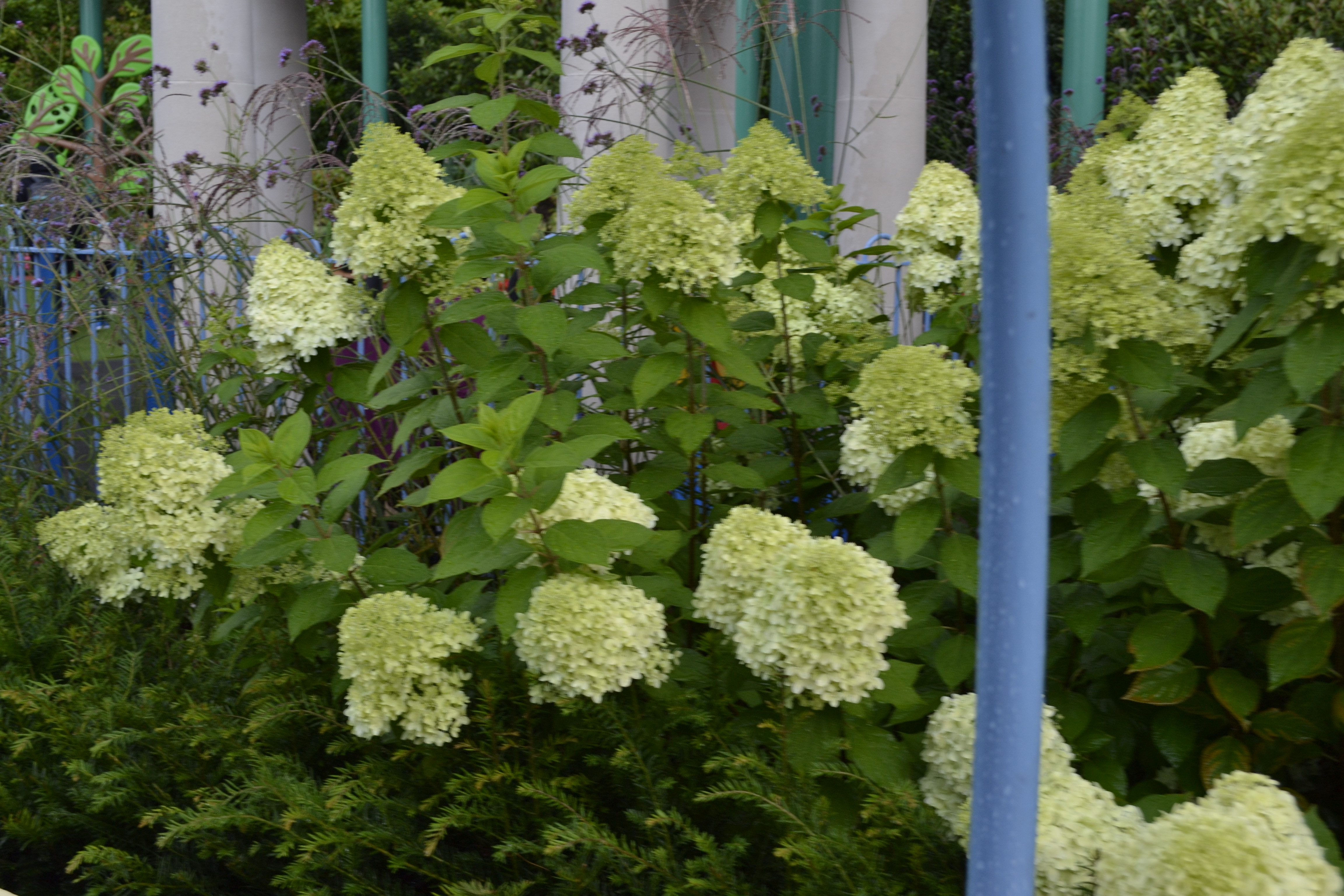 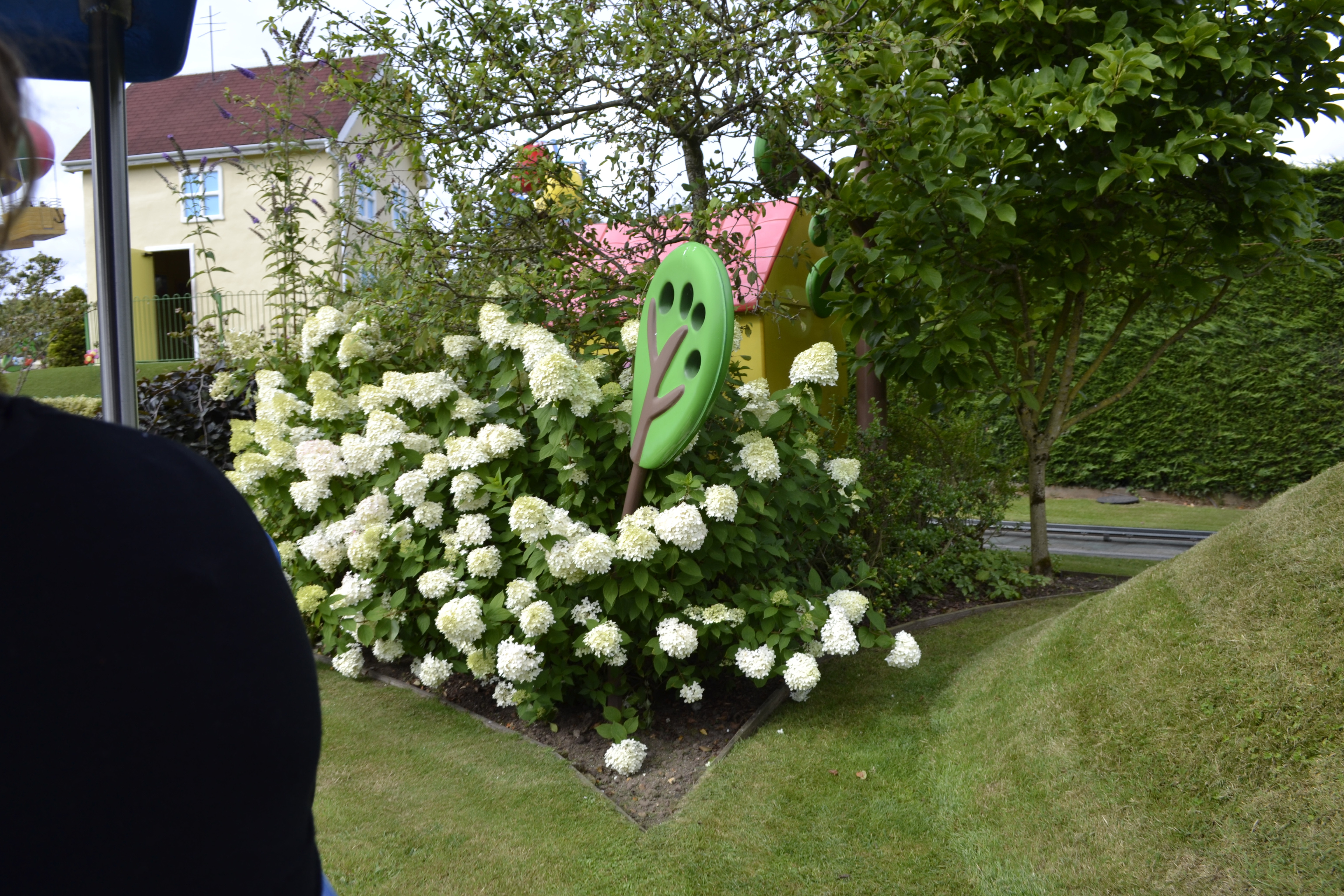 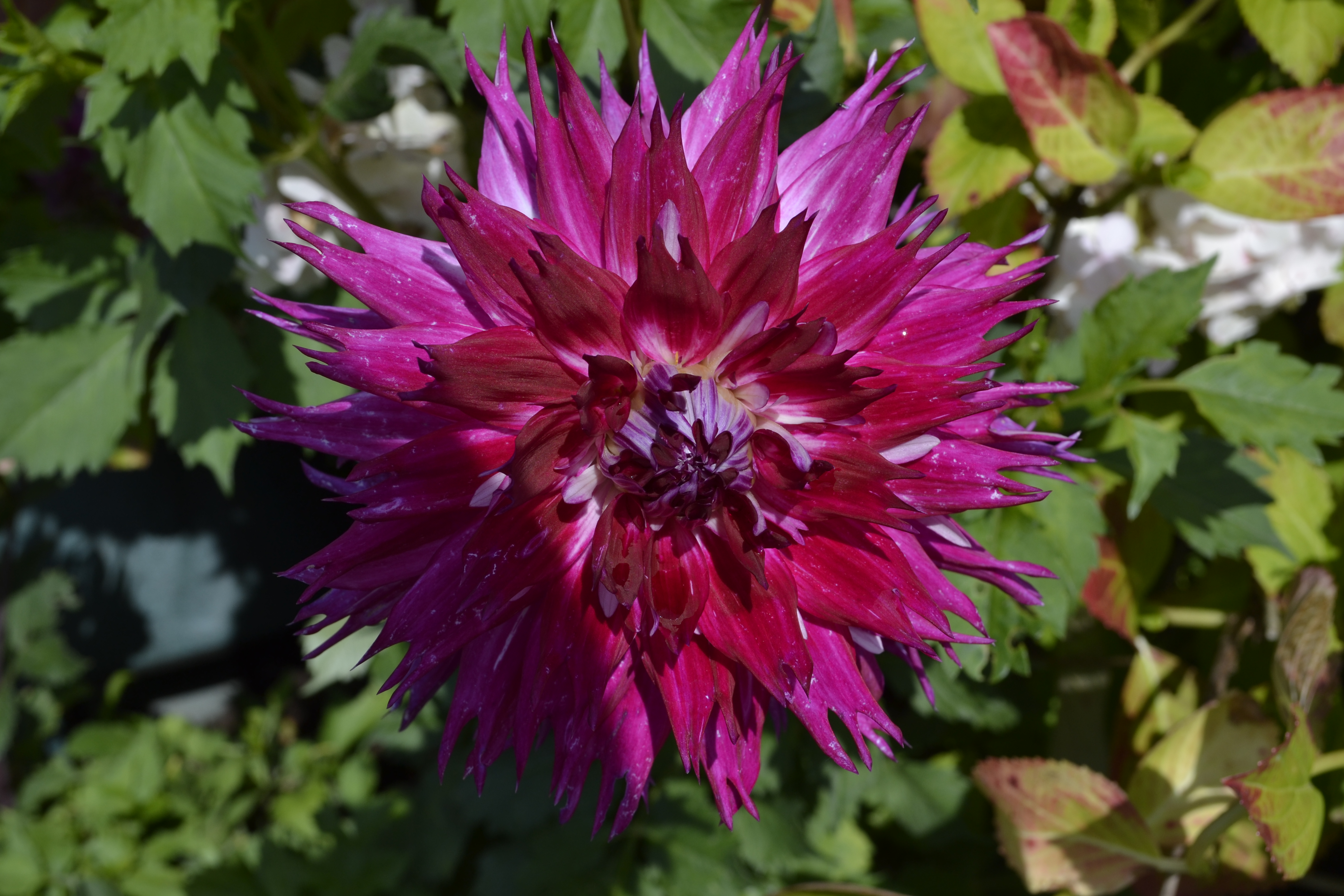 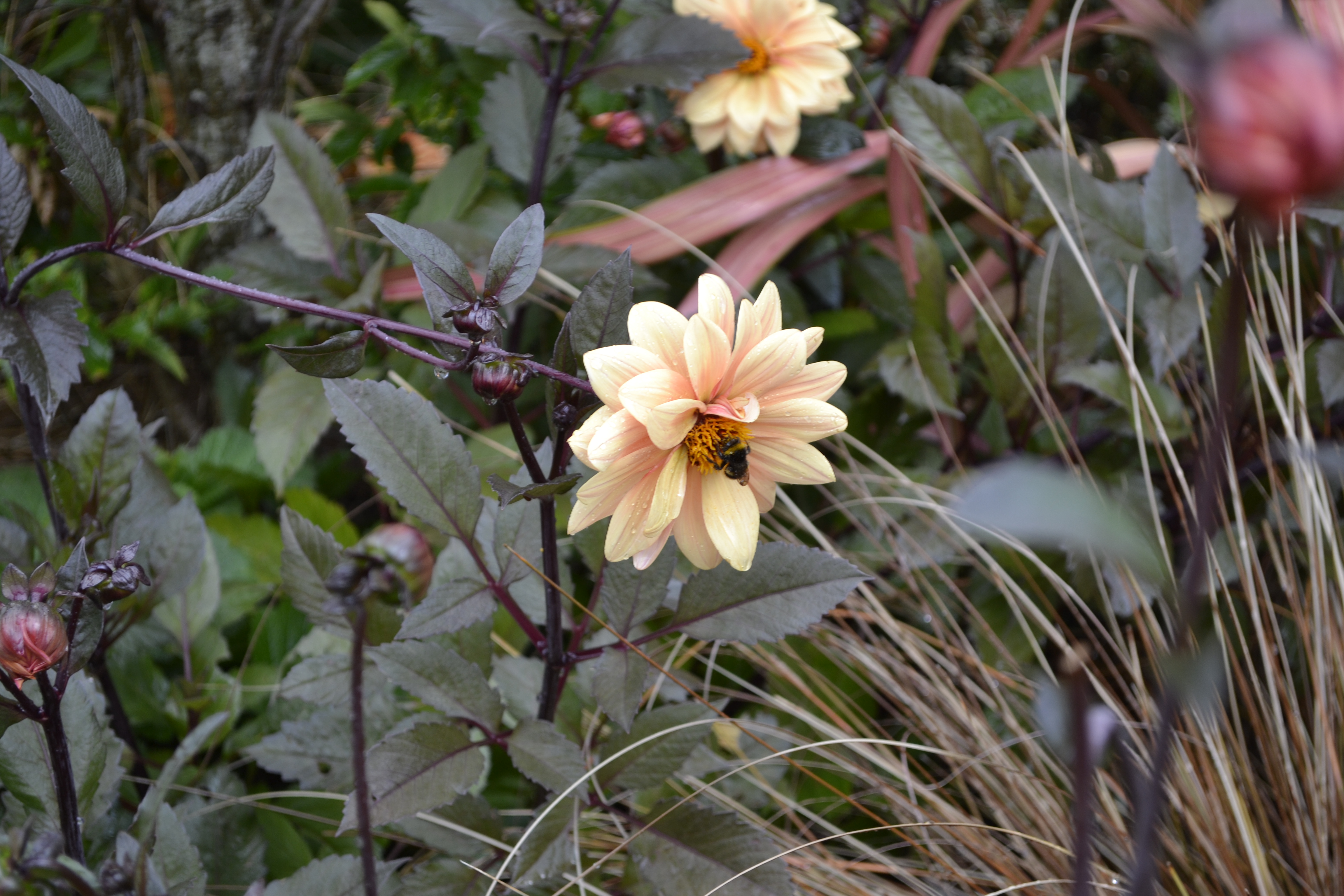 And where else am I going to find Peppa topiary? 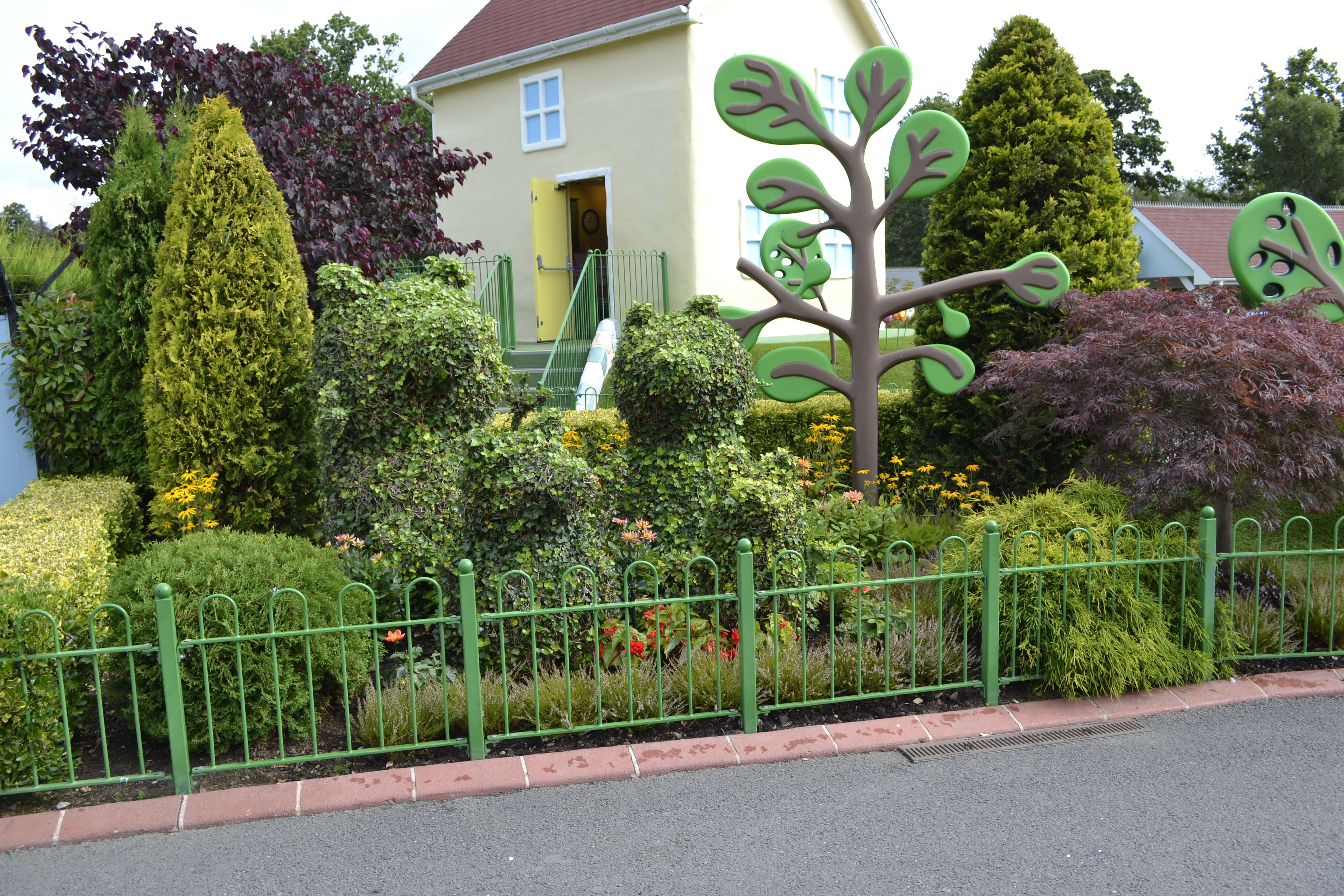 The main cafe and soft-play building had a spectacular green roof including vents on the roof that channelled the wind to cool inside. 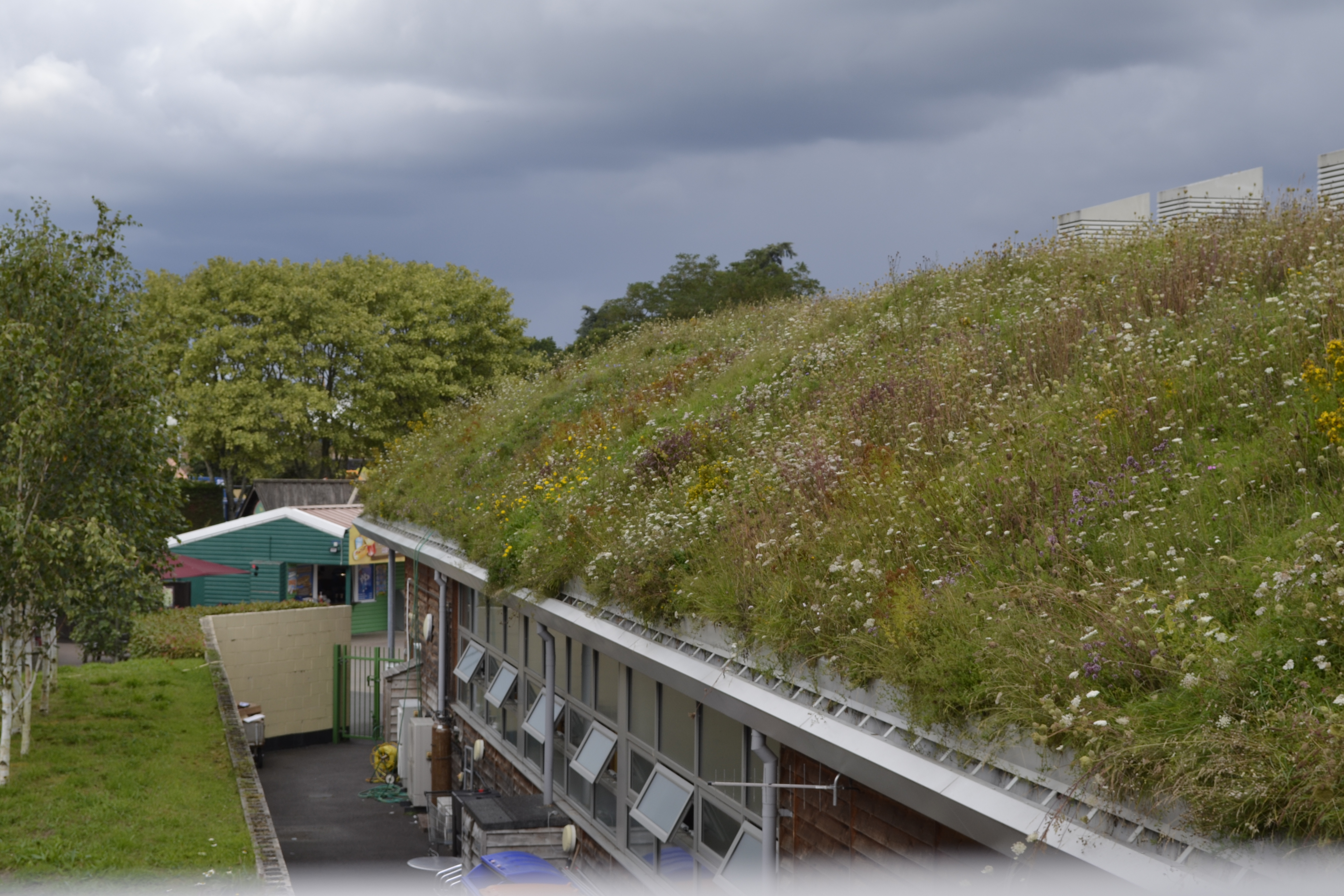 I think Amy enjoyed the rides as much as Alice. 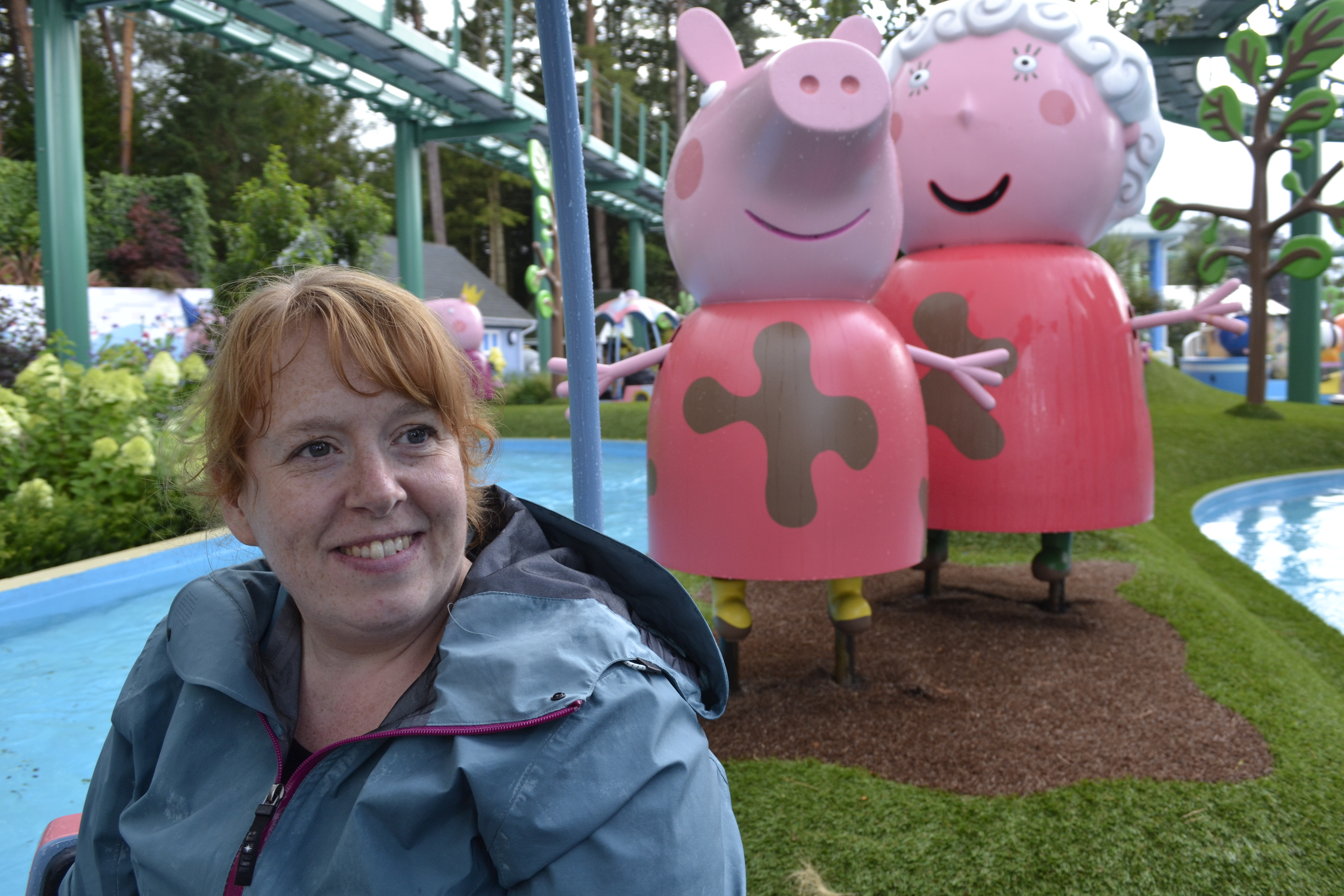 Alice sat with her souvenir of the day, Mr Dinosaur. 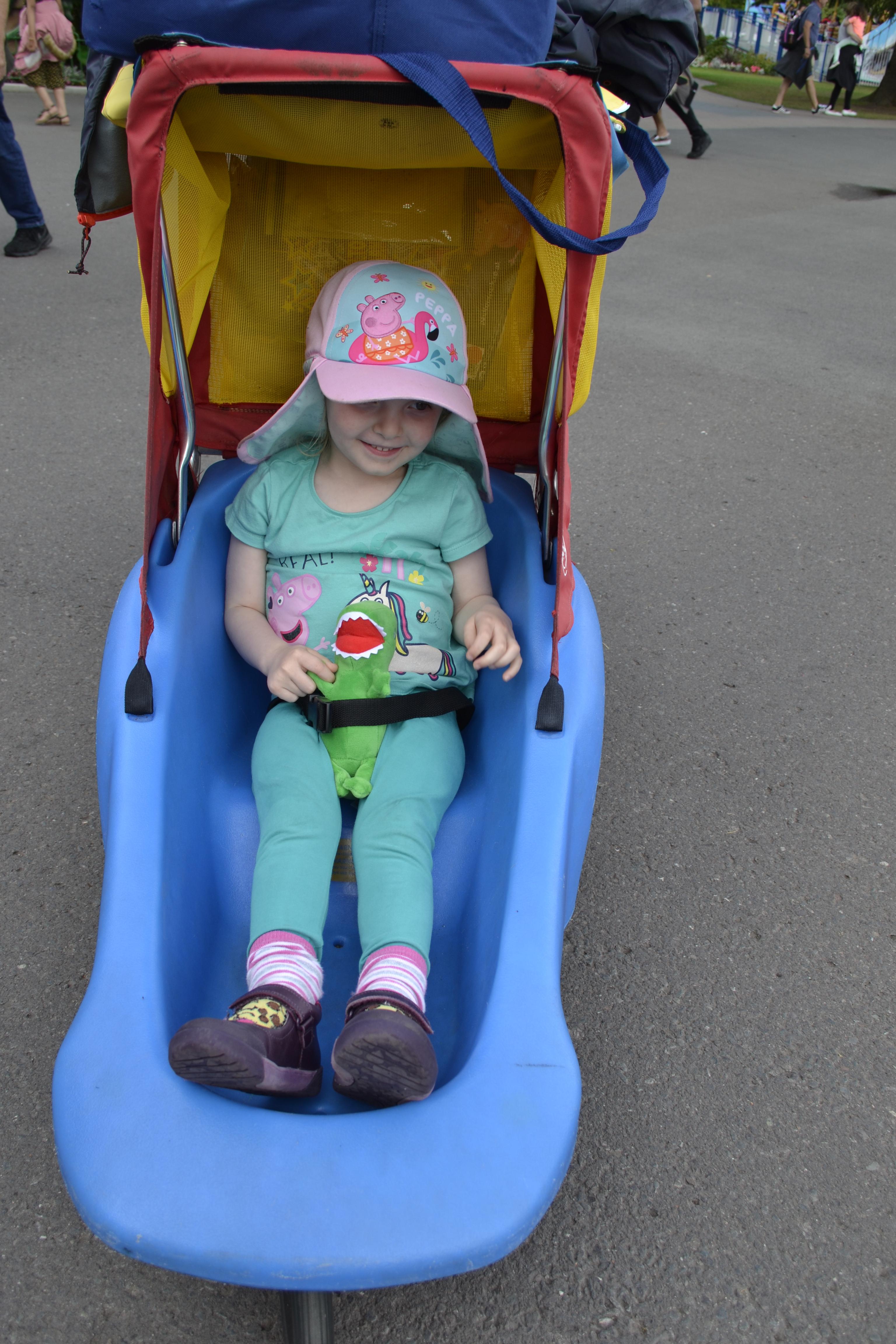 I didn’t have high hopes for Peppa Pig World, but we actually had a great day. The park was well organised. We didn’t have to pay for lots of hidden extras once we got in. The plants were fabulous. A lovely family day out.