Last time we visited Dorset we never visited Christchurch centre despite staying in Christchurch. So this time we decided to rectify this. The town developed around the river and priory established in 1094. The castle was started in the 12th century, then destroyed during the civil war. It became a smuggling hot spot during the 18th and 19th century and seems to have brought in quite a bit of wealth as there are lots of fine buildings from this period.

We spent the morning at soft play as there were weather warnings for the wind so it seemed prudent to stay inside. We arrived early when it wasn’t too busy but by the time we left, it was becoming a bit Lord of the Flies.

We took the bus so we could both have a little holiday drink with lunch. Alice doesn’t go on buses very often as we walk everywhere in Hornsea so she was entertained by the novelty. Google maps have proved very useful this holiday as it shows how many more stops to go. 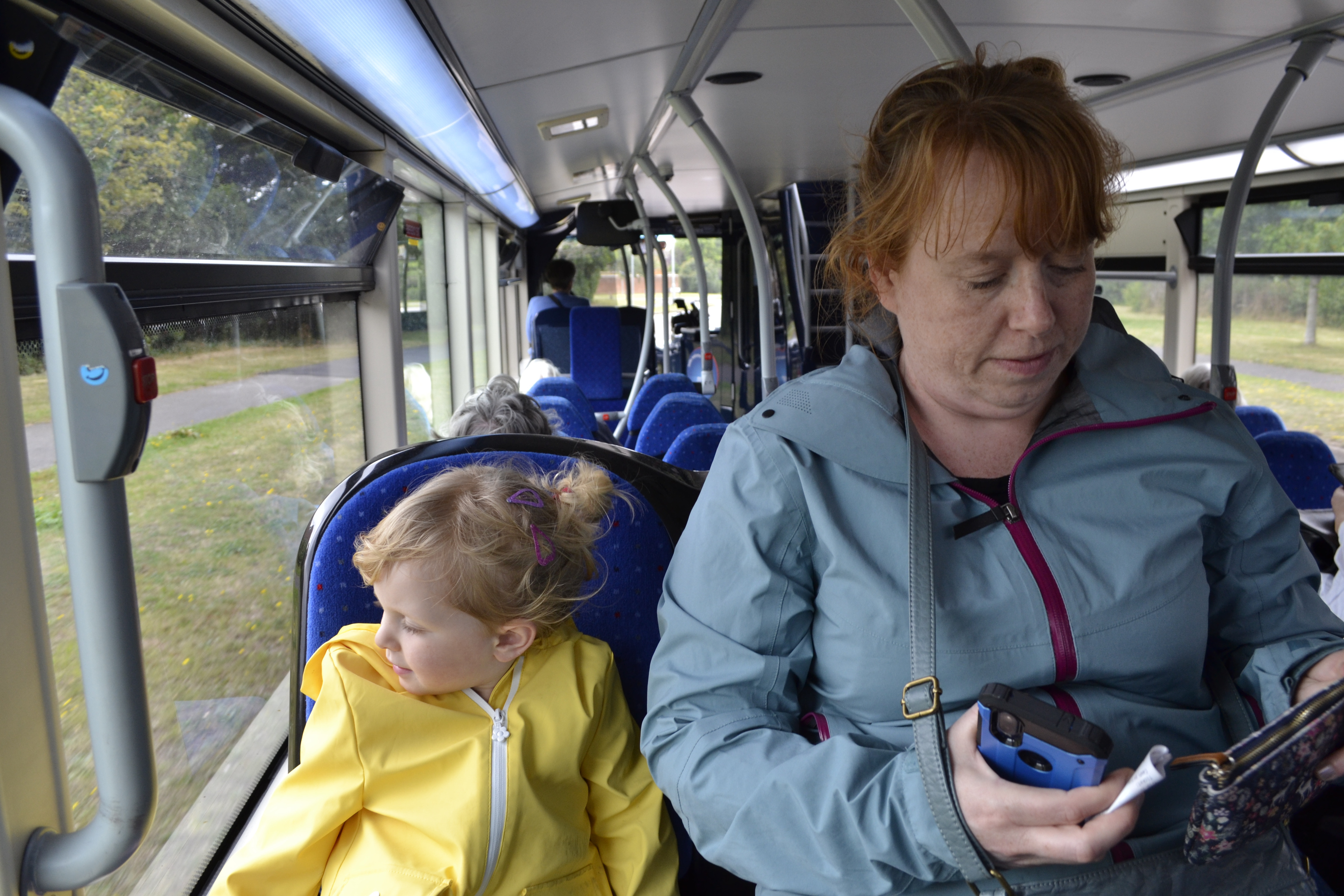 We had a wander around the Priory. The Priory has many interesting stories around it but I think the miraculous beam was my favourite. The story dates to the 12th century that a beam was hoisted in place and it was found to be short. This would have caused some embarrassment. There had been a lone carpenter who had eaten and worked alone. The following day the carpenters returned and the beam fitted. The mysterious lone carpenter was never seen again. The miracle of the beam was put down to a miracle of Jesus Christ as the son of a carpenter. 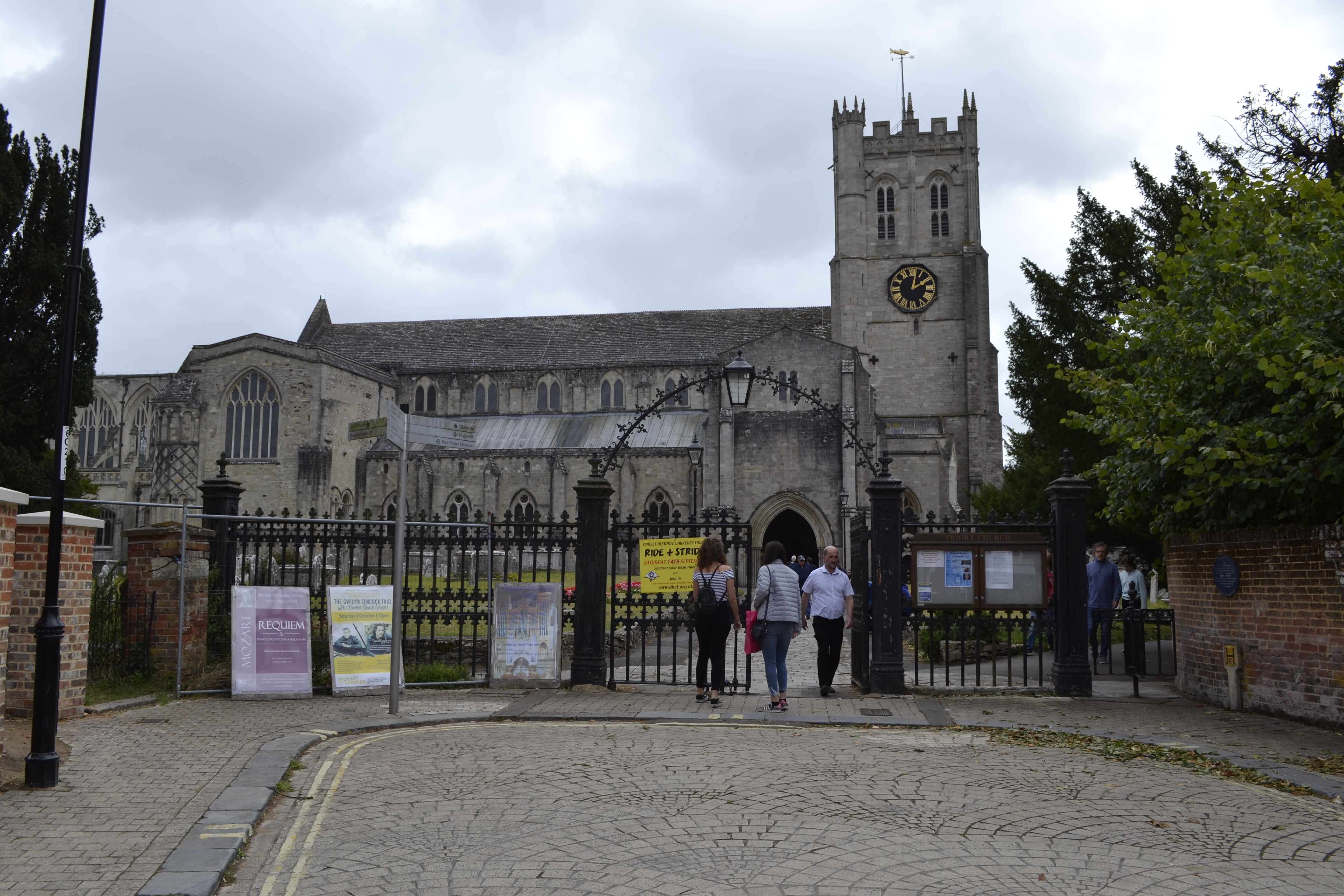 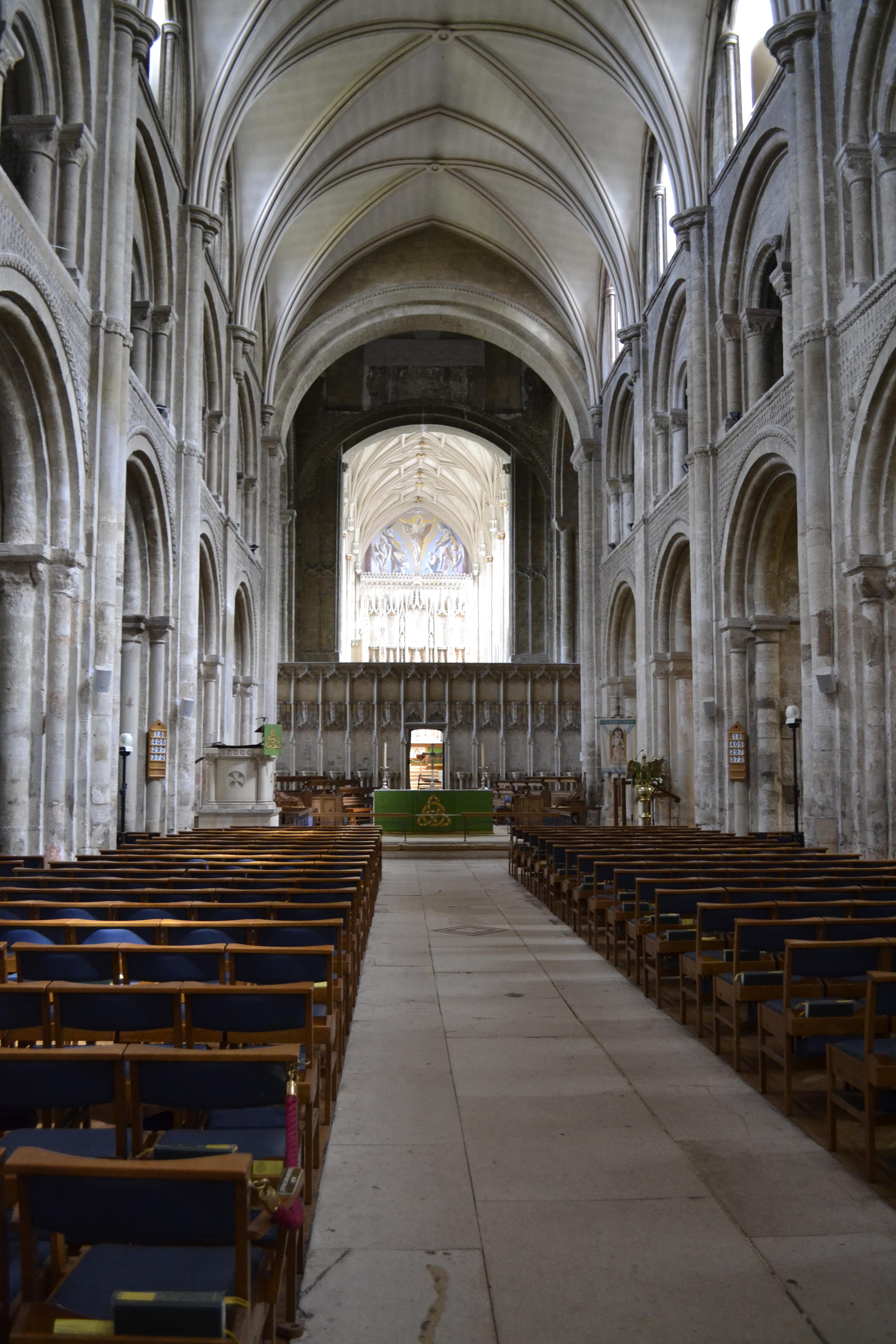 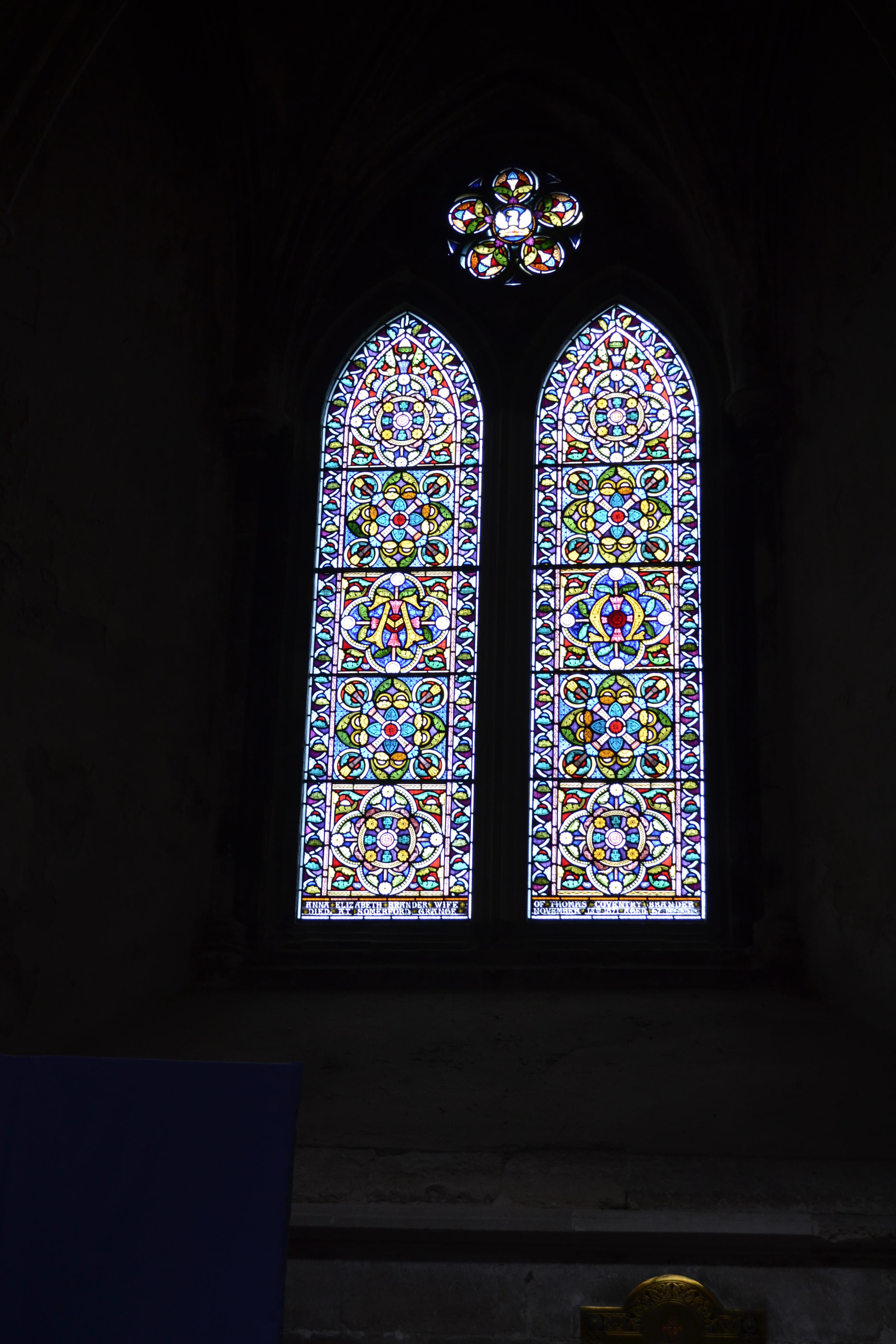 Alice pretended to be her granddad. 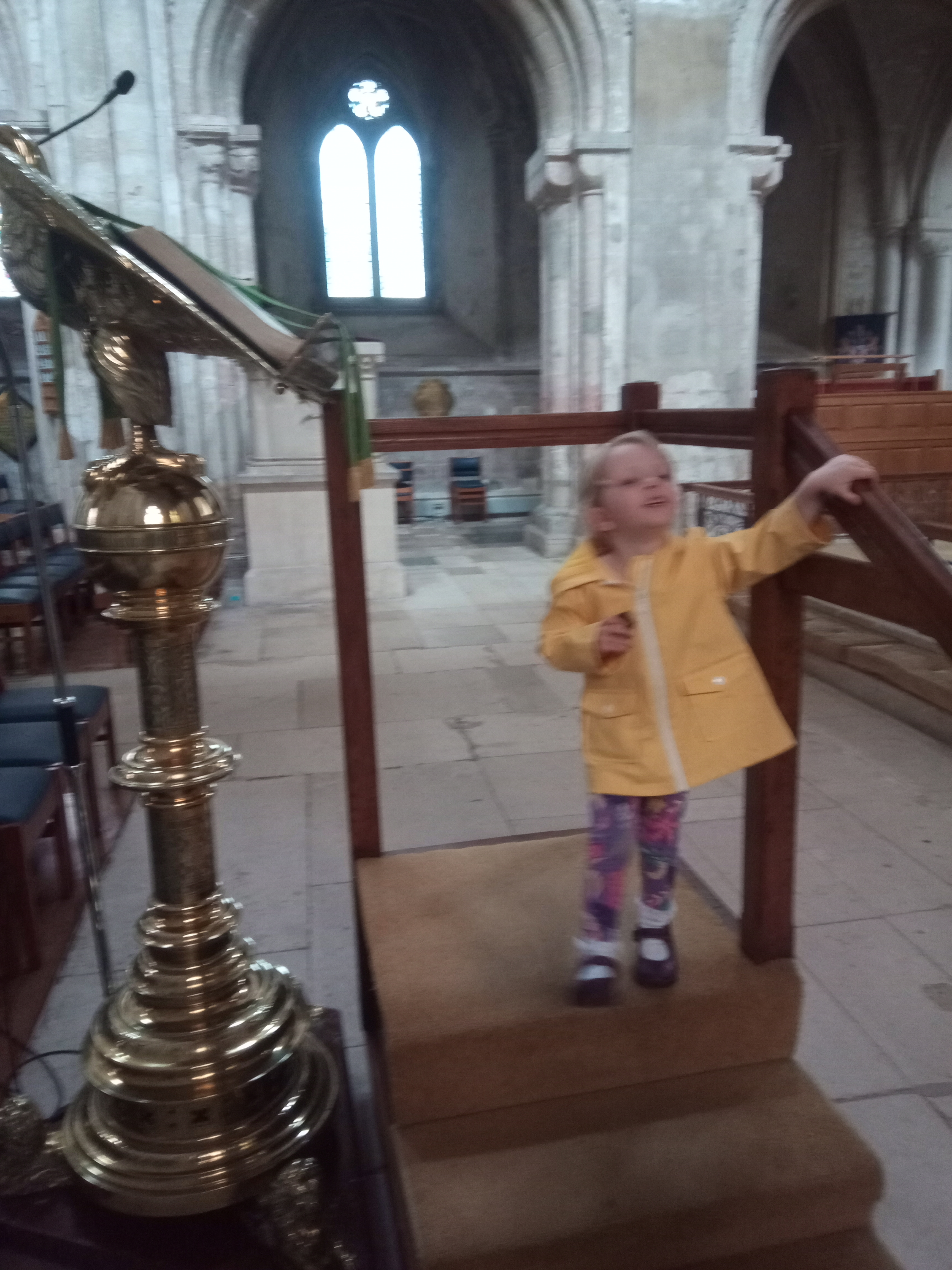 It was a bit windy back outside. 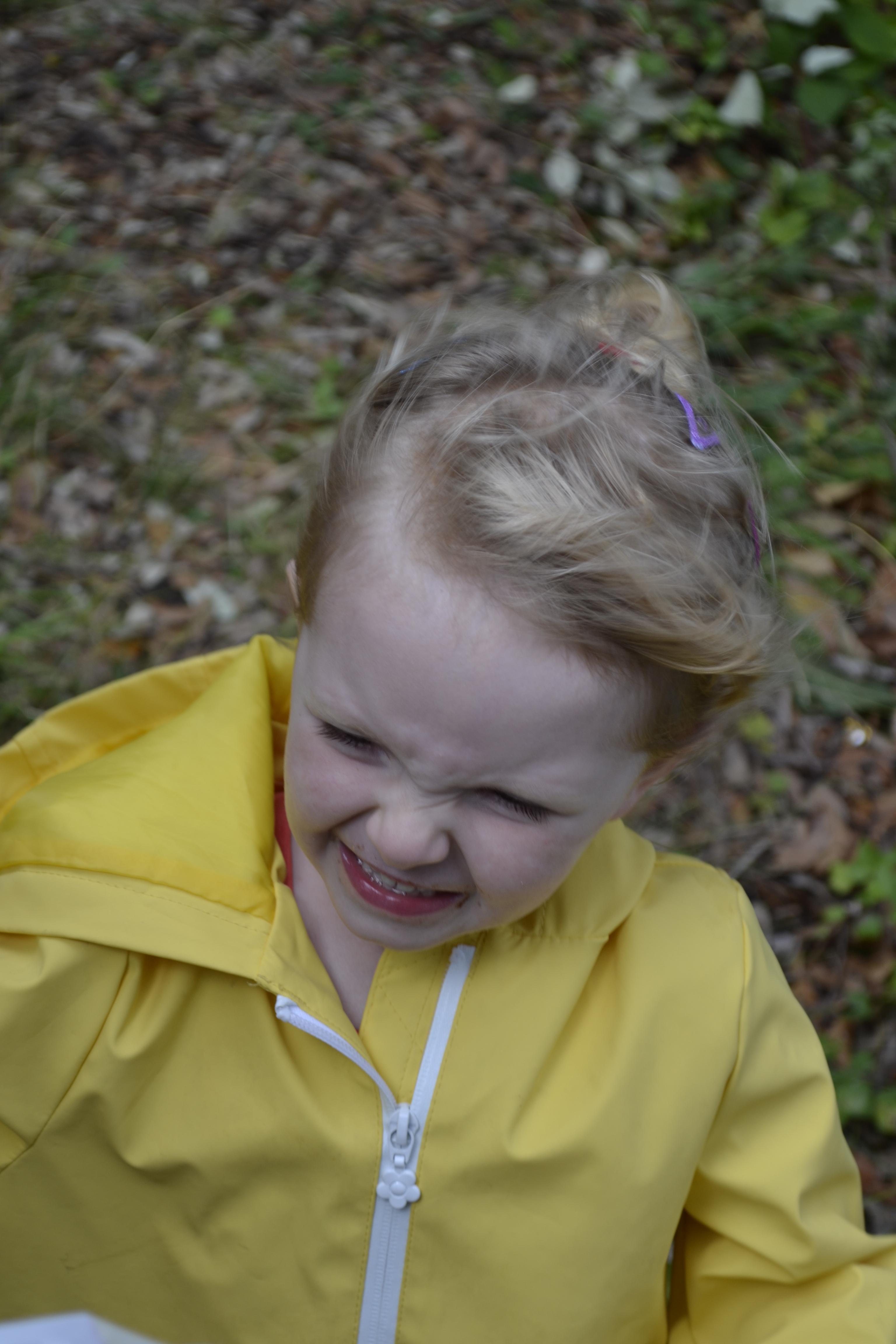 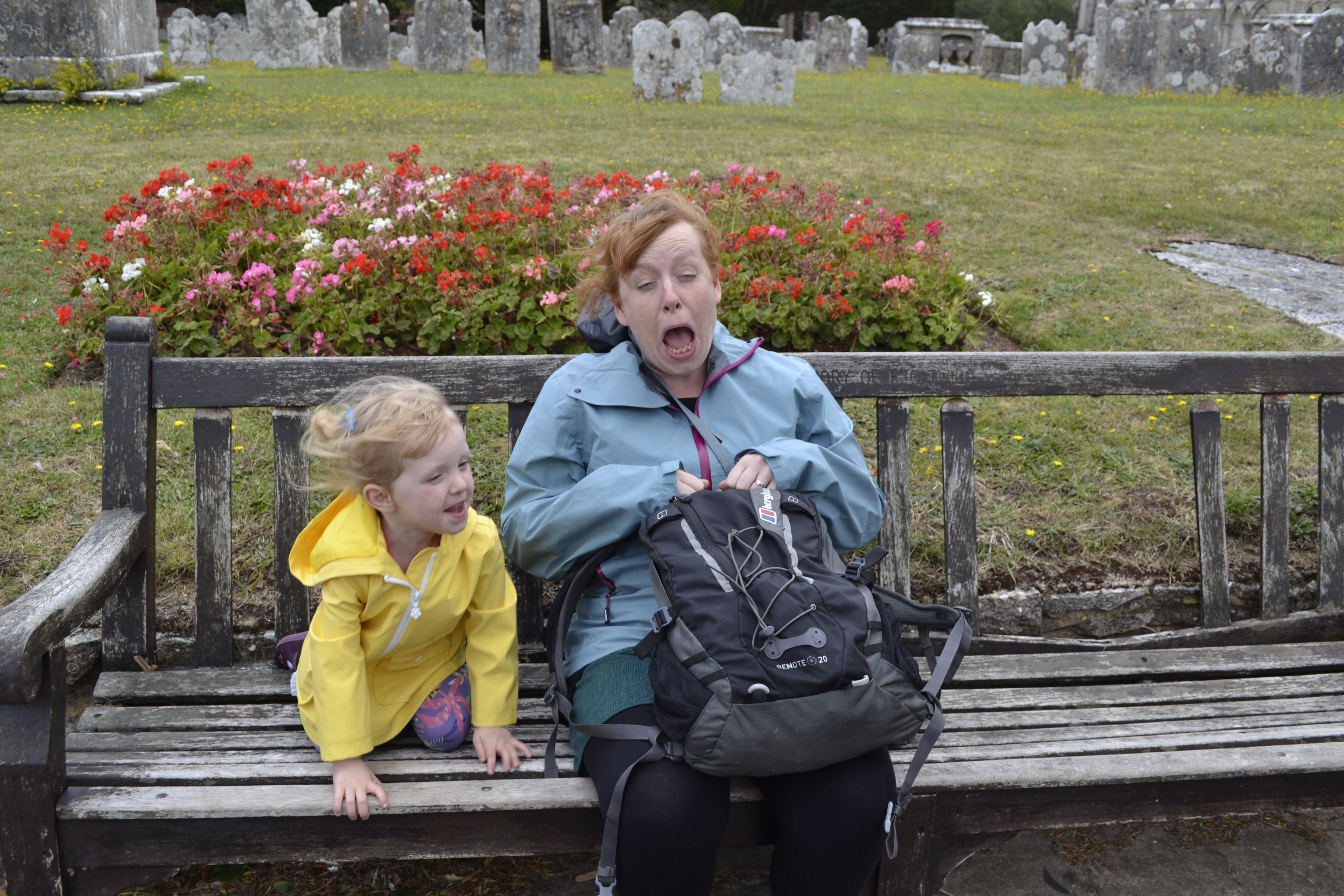 We had brought some food to feed the ducks and swans. 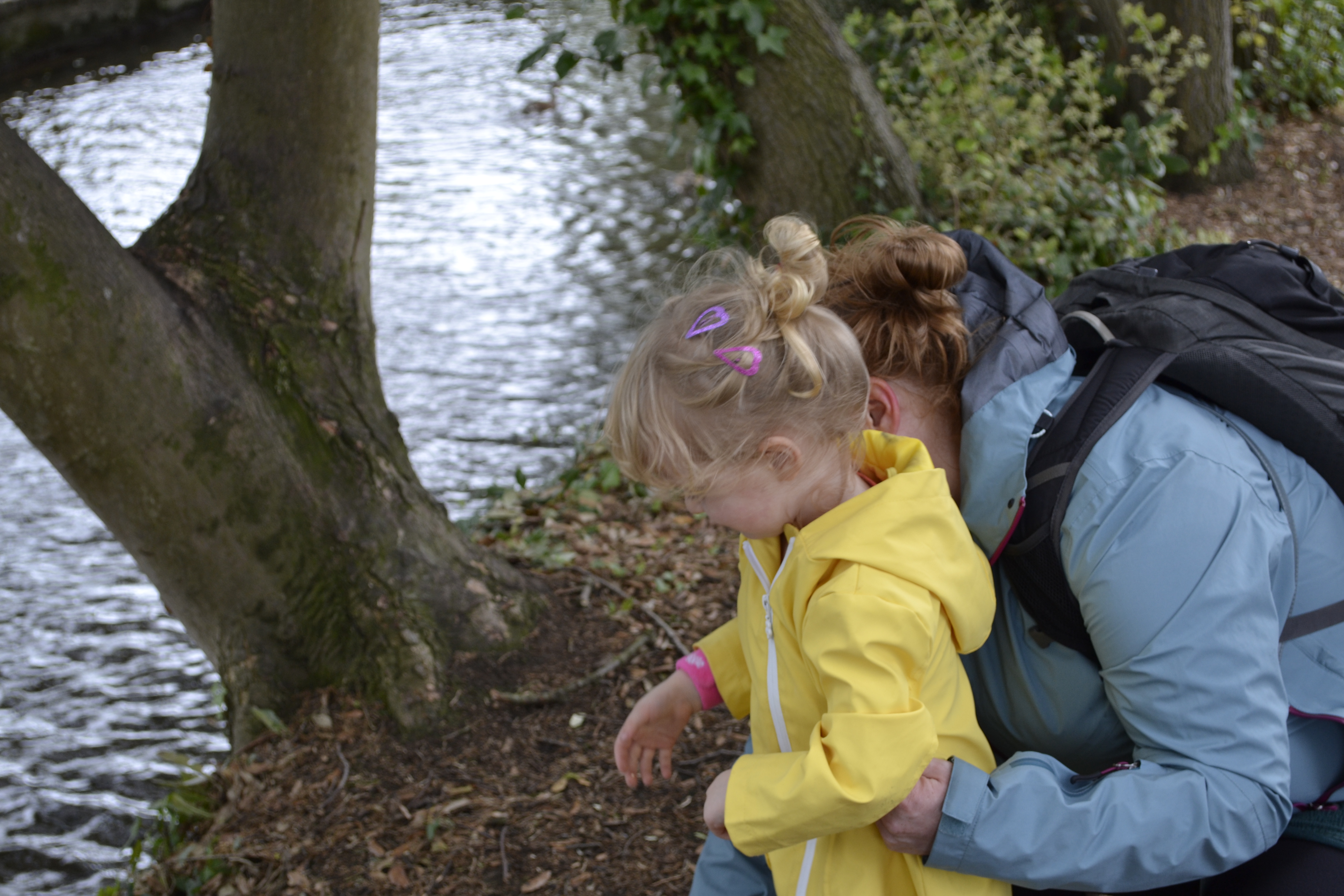 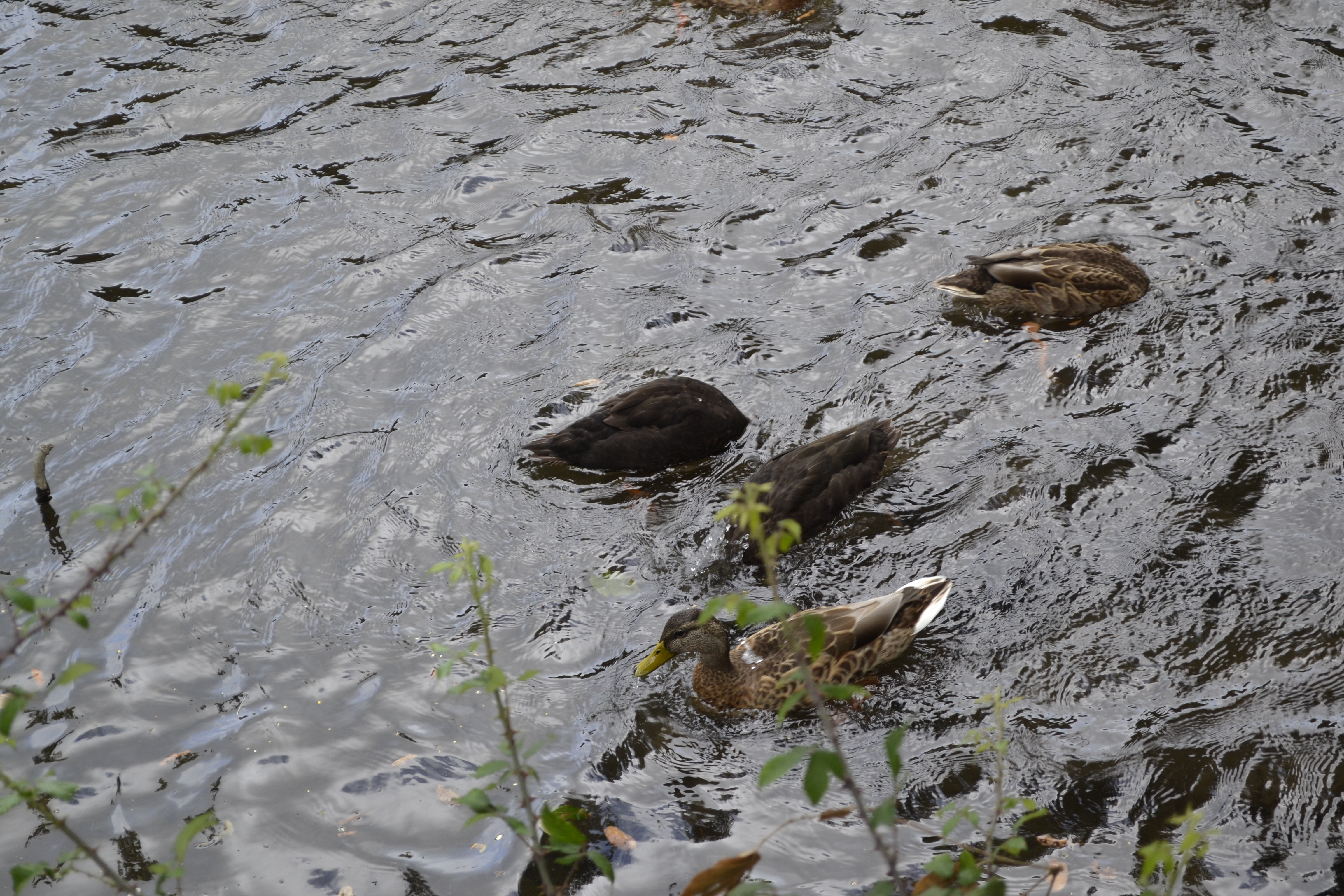 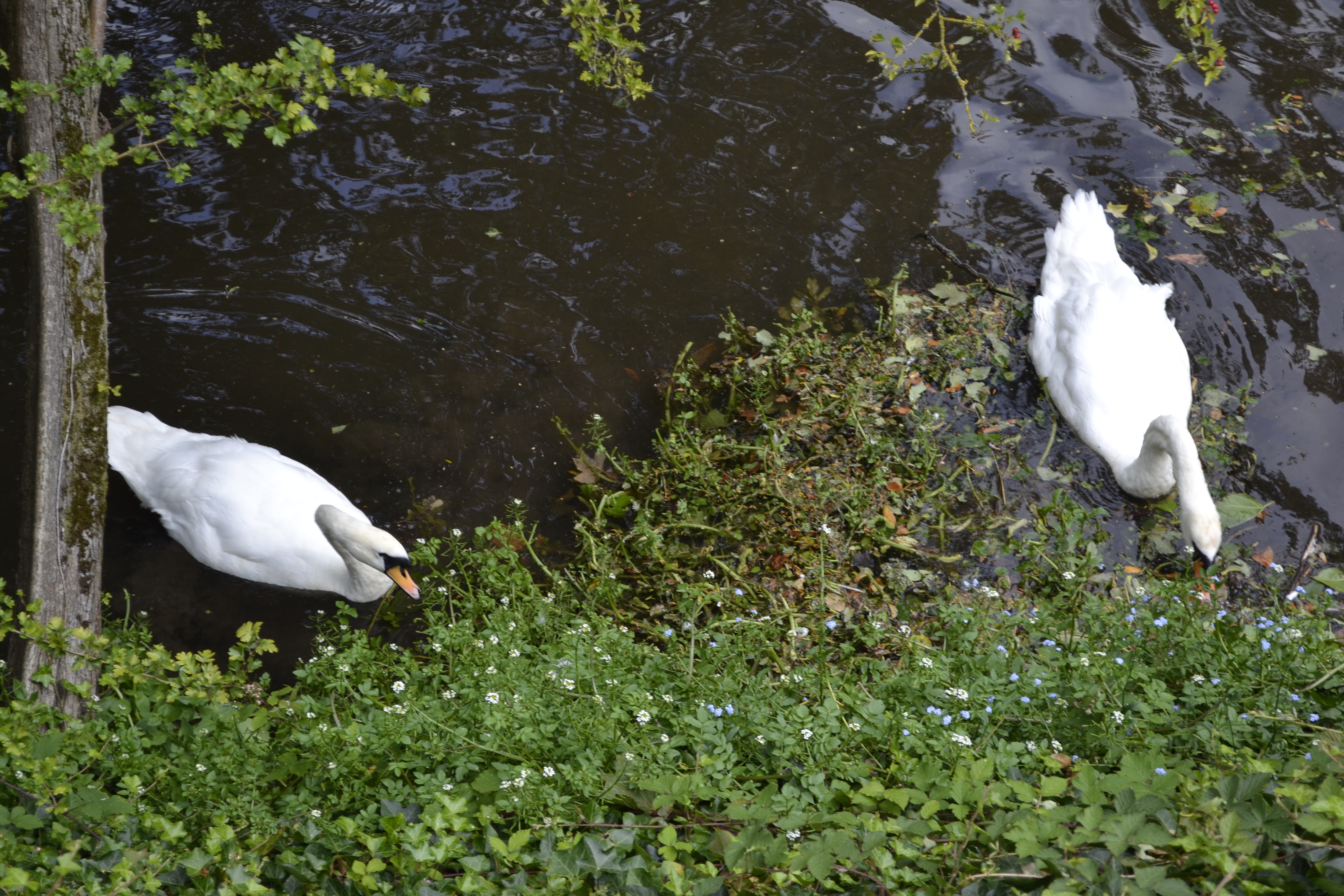 The war memorial has a fine rose garden around it. 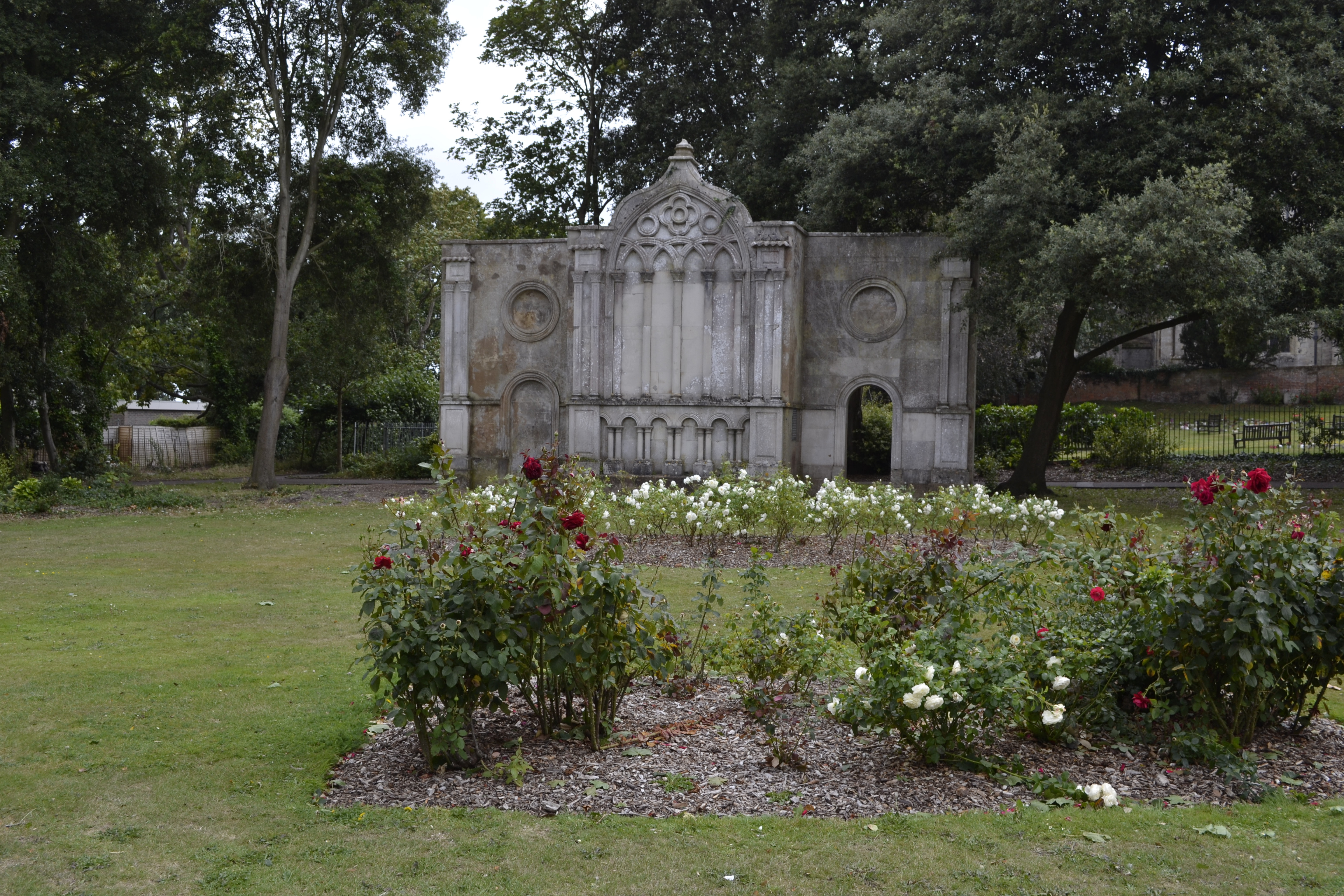 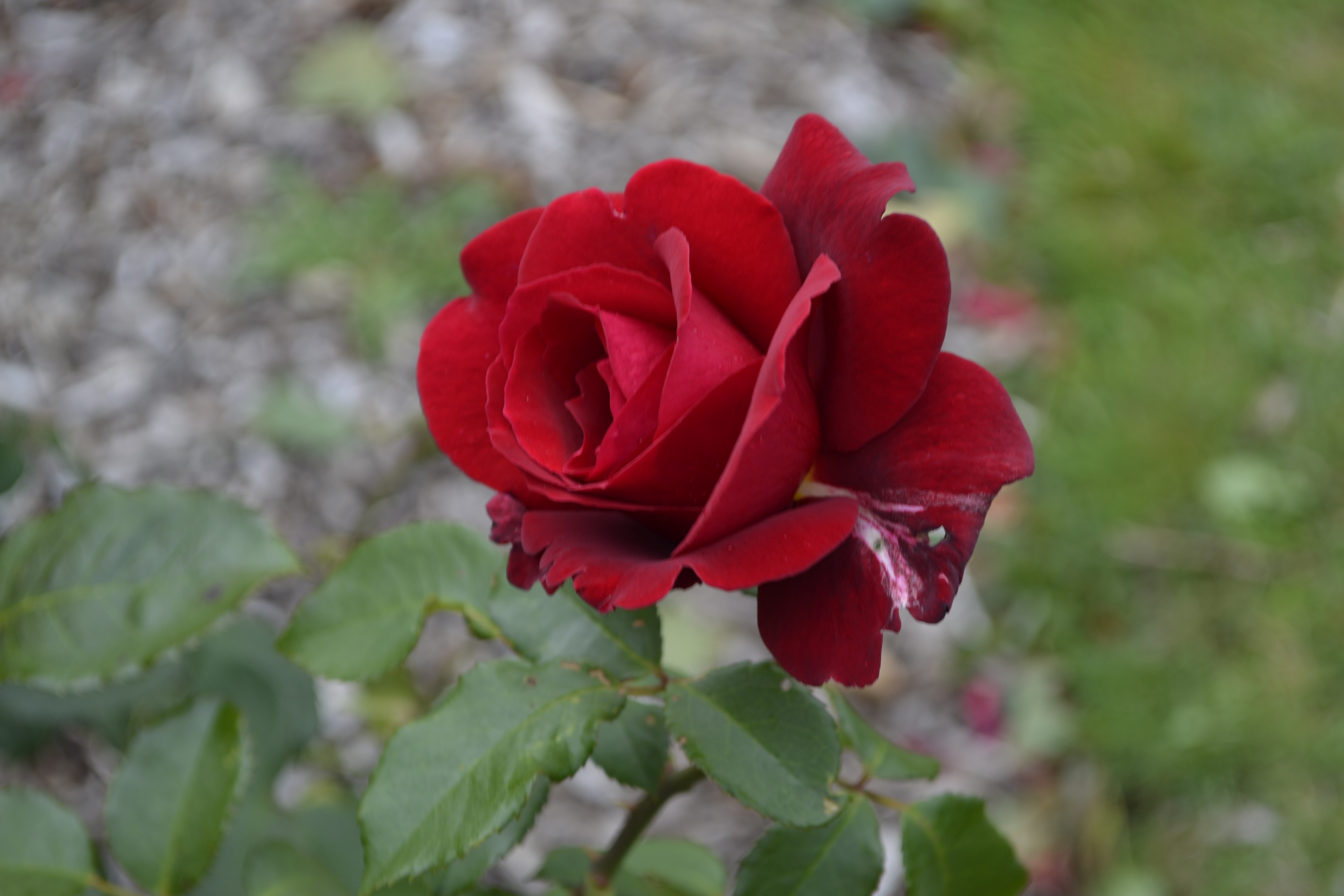 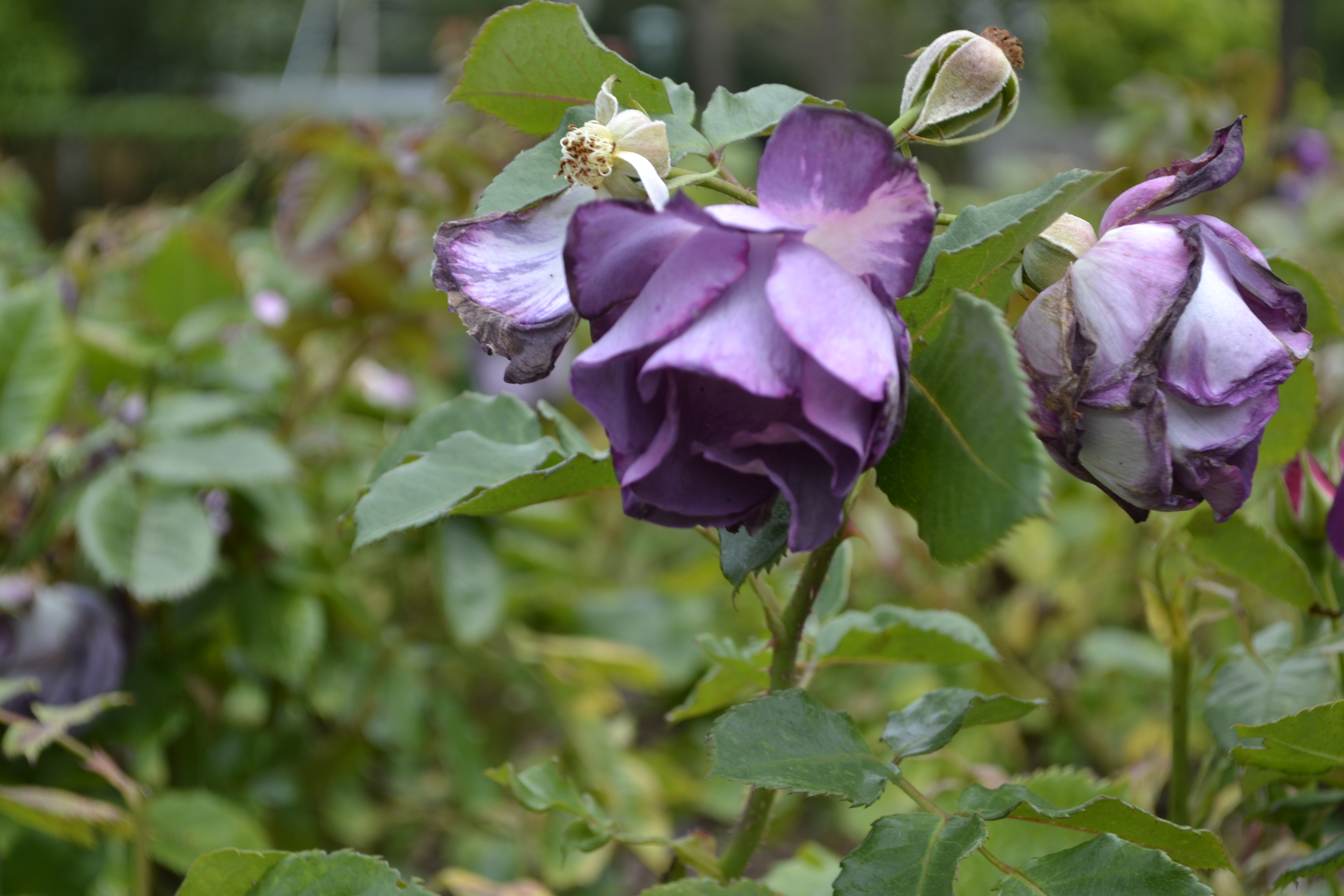 From the river and Priory, it was a short walk around to the ruins of the castle. 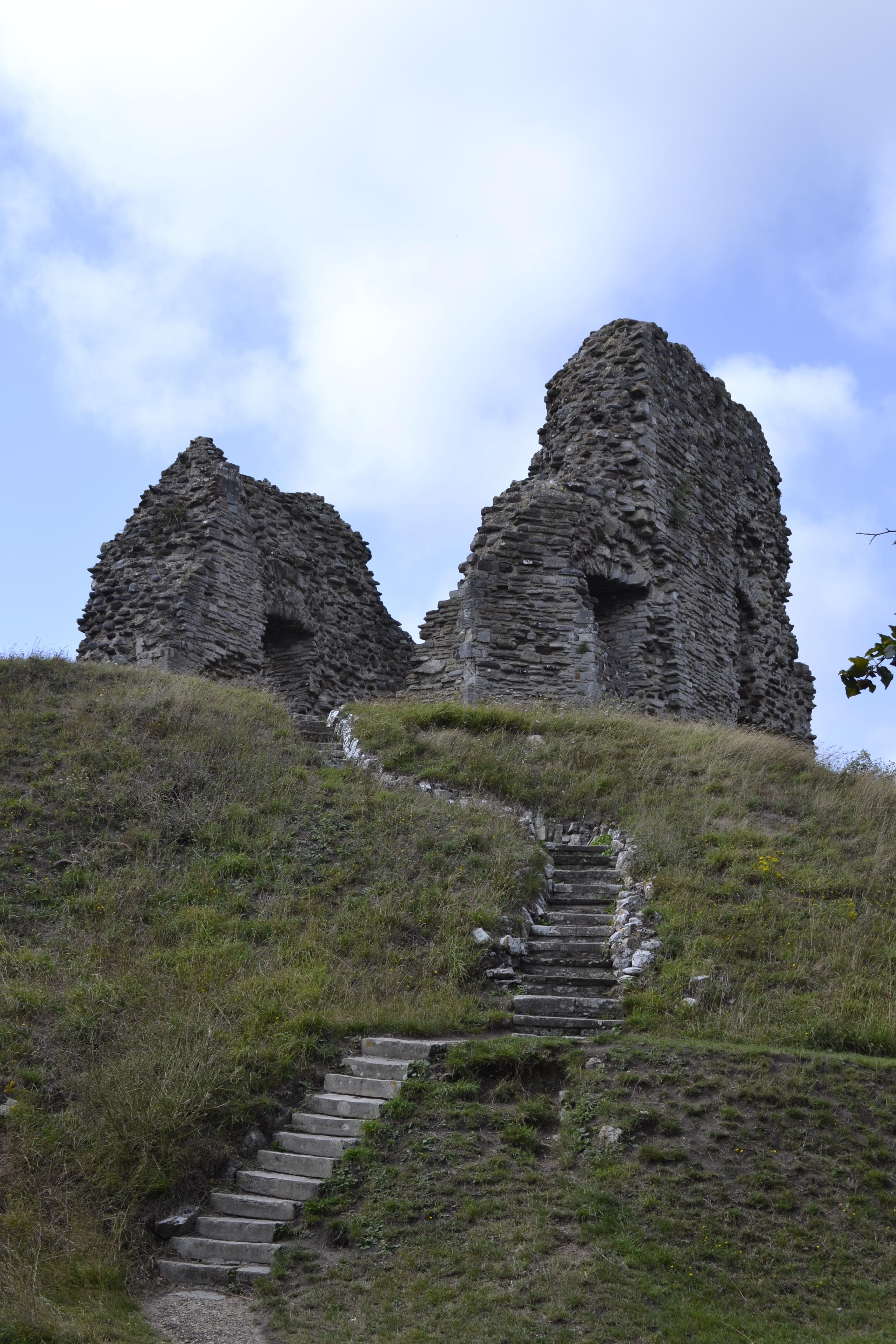 Alice wasn’t keen on being locked in the stocks, but she was happy to put Amy in. 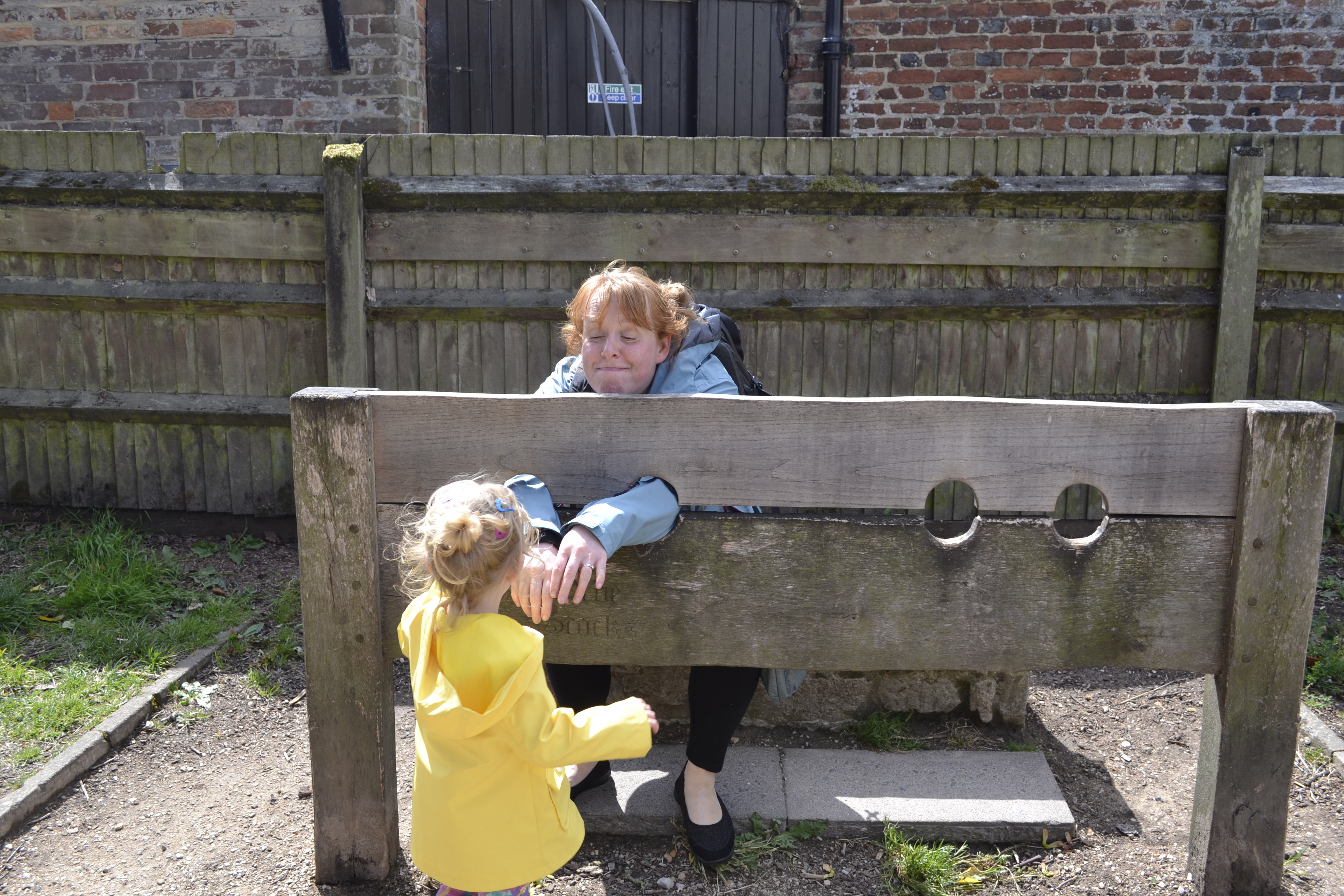 We had a good platter in the Thomas Tripp pub. 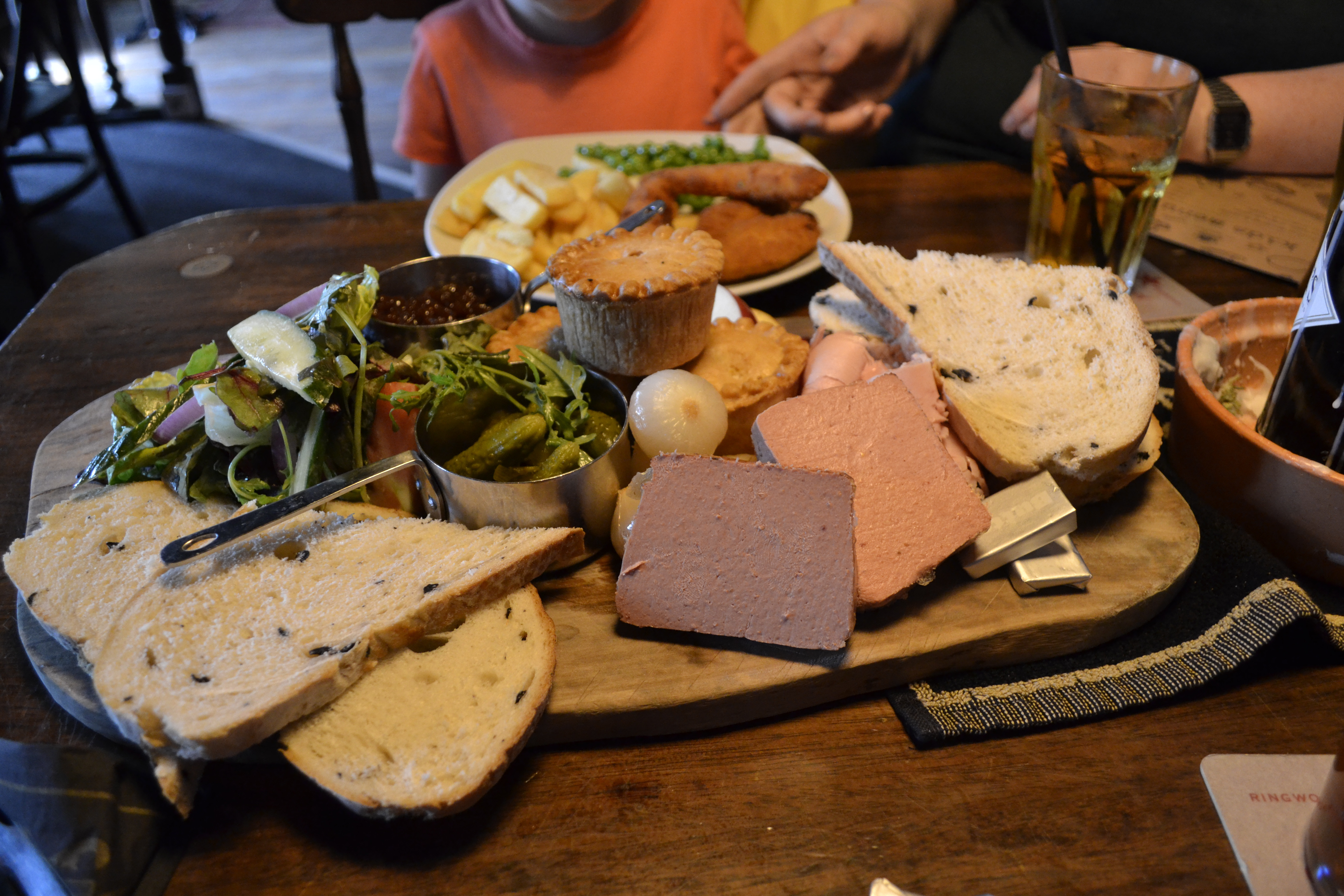 While Alice was kept entertained in the traditional way of her generation. 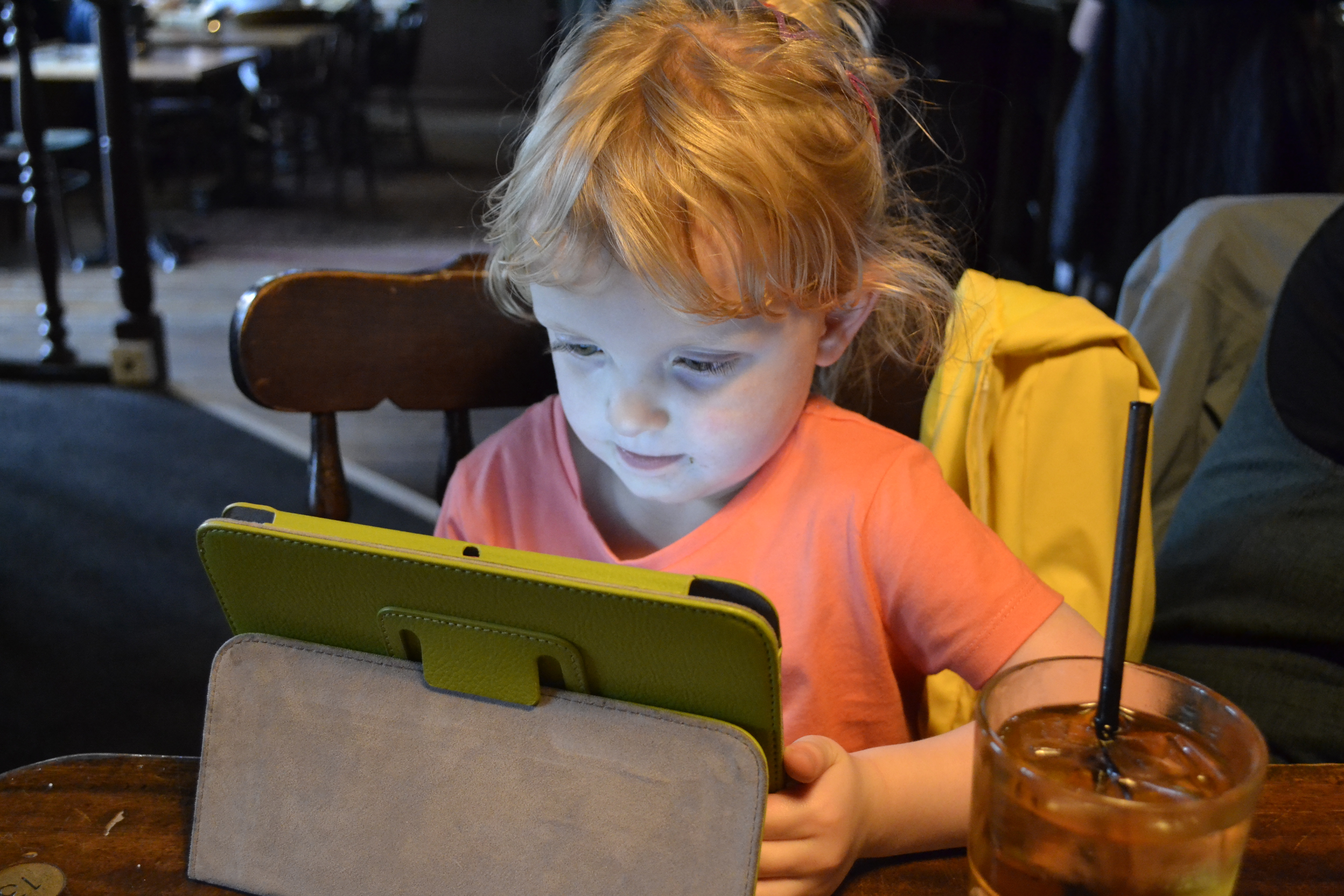 It didn’t keep her attention for long though before she wanted cuddles. 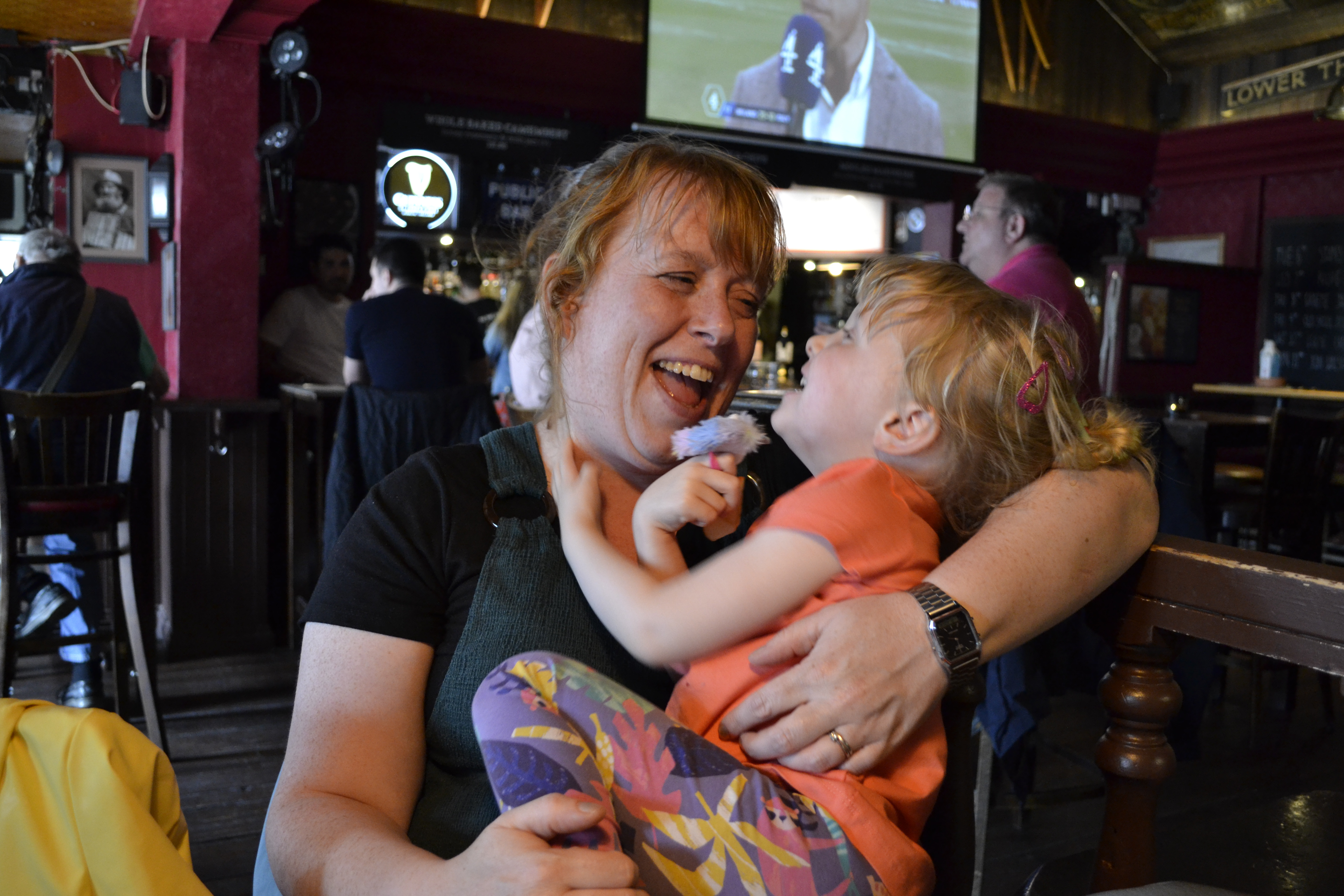 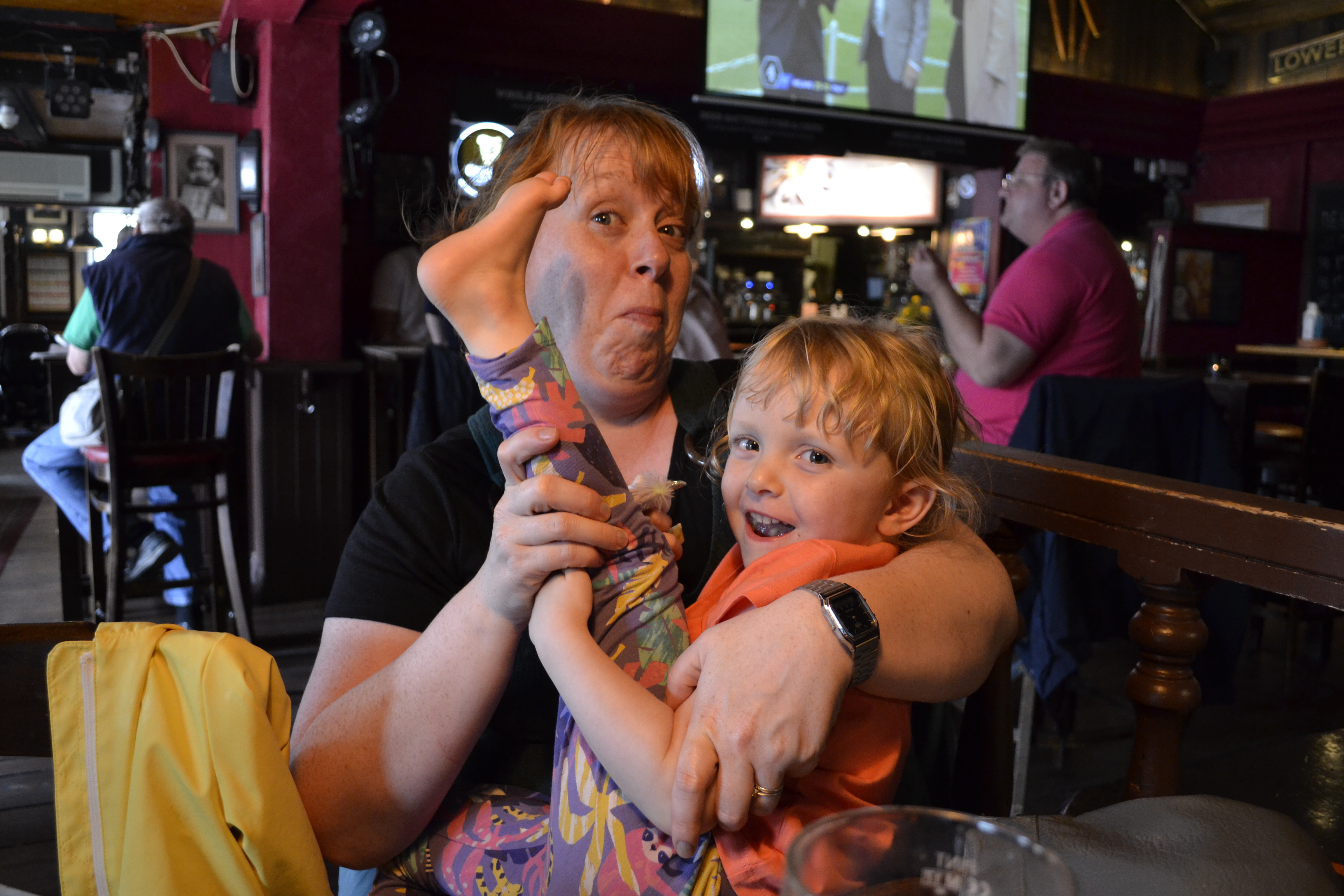 Then Alice got a little treat from the chocolatier on the way to the bus. 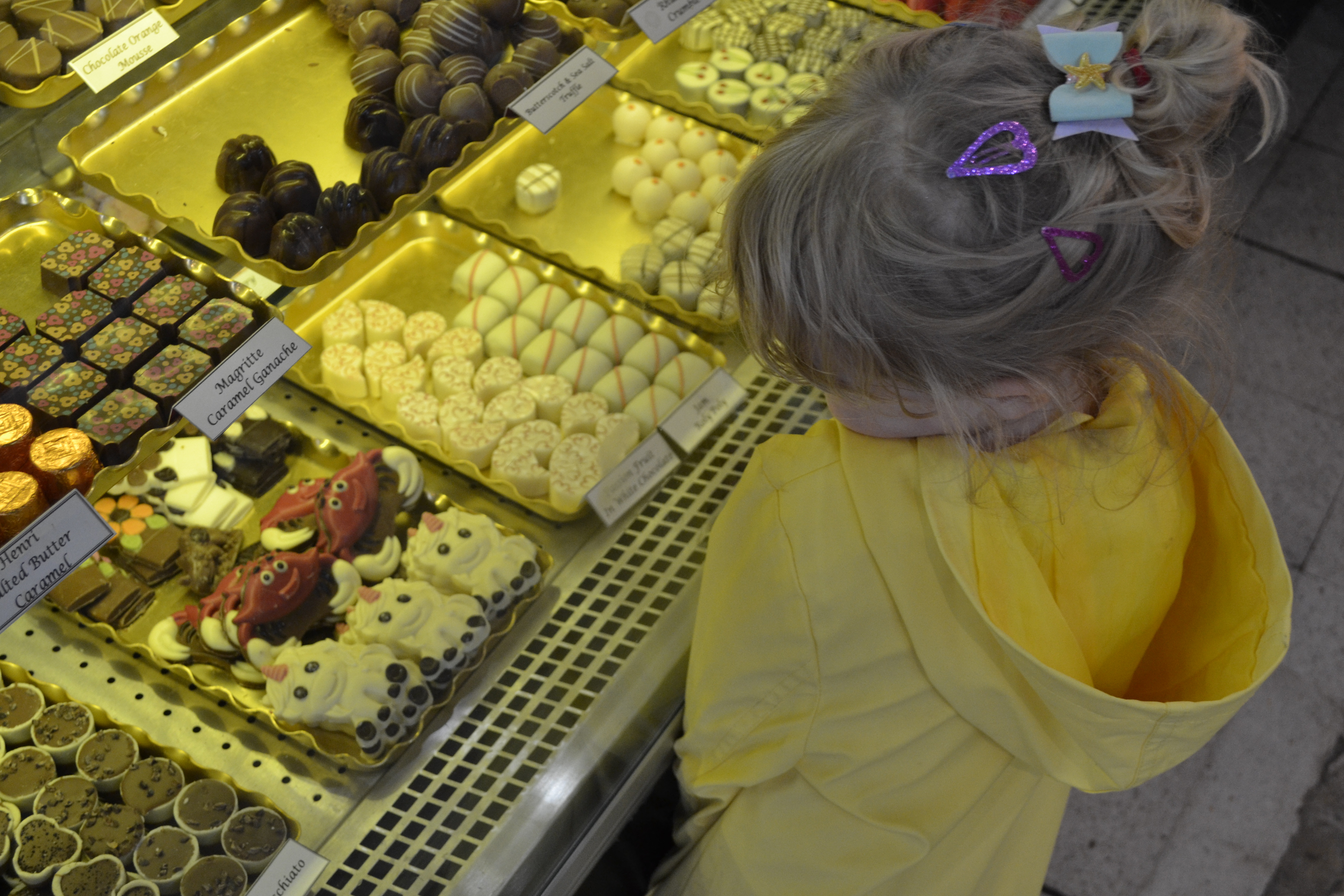 We had a good day out in Christchurch and made the most of a weather warning day where we didn’t want to travel far.